This post is about a day on the border in Borș. It’s a slow and hot day, but I get asked for my passport twice.

It took me until the afternoon to understand that the air conditioning in my room could be turned on by simply pressing a button on its side. I enjoyed the cold air for a while and watched some Better Call Saul while I was sorting my pictures. Then I went outside to check on the Caboose and find some food.

The Caboose was parked behind the hotel, in an alley from where you could see the rear ends of the trucks in the parking lot. There were a bunch of pigeons who were shitting all over the place. I covered the Caboose with her rain cover, then I took some photos of the trucks.

A cop appeared and wanted to see my passport.

When I asked him where I could find something to eat he pointed at the hotel where I was staying. I ate some pasta arrabiata in the otherwise deserted restaurant hall.

Then, in the evening, I went out again for my self portrait. I wanted to take it between some of the trucks, but I hadn’t even finished attaching the flash to the camera when two cops appeared and wanted to see my passport. “Are you from Germany?” one of them asked me after I had handed him my German ID. Then he explained that I was in a border zone and that I couldn’t take any pictures of the border.

I told him that I wanted to take a picture of me between the trucks. He looked at the other cop, then they both shrugged at each other, said okay, and walked off.

I suddenly got the feeling that it was time to cross the border.

a day on the border at Borș: 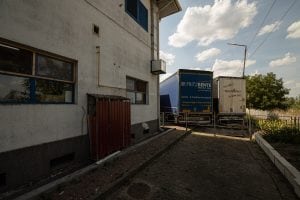 back of the hotel in Borș 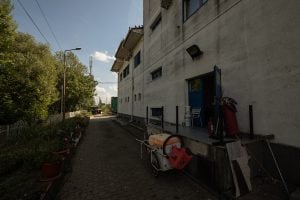 the Caboose behind the hotel 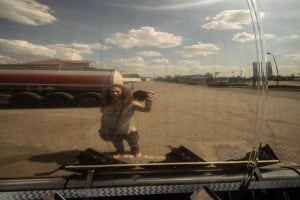 mirrored in a truck 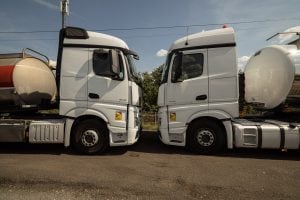 nothing but trucks here 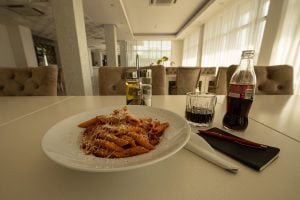 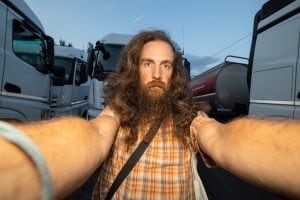 self portrait with trucks 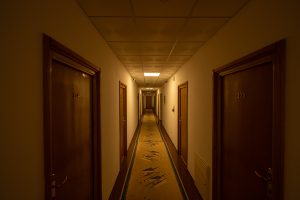