This post is about a 26km walk from Bălaia to Oradea. I wake up in a village house, then I walk through the last hills before the Puszta.

Negotiations with the neighbors of the morgue had been slow at first. “You can’t sleep in the morgue, it’s for dead people!” they insisted.

In the end they agreed that I could sleep next to the morgue, and I received a bunch of eggs and tomatoes. Then they extended an invitation to stay at the house of Maria, Ruben, and Daniel.

Ruben and Daniel were Maria’s nephews. They had a bunch of chickens, a pig, a dog, and some cats. A biblical family if it weren’t for the pig, I thought.

I woke up to the sound of two roosters having a rap battle outside. “Cockadoodledoo!” went one of them at the top of his lungs. “Cockafuckledidoo!” replied the other.

Maria made me an omelet with tomatoes, and she gave me hot water for my tea. Then I was on my way through the early morning.

The road was flat, though not as flat as I had been expecting. First I passed some corn fields and some pastures where herders were grazing their sheep. Then there were a few hills full of fenced-off villas and angry dogs. People drove especially assholish there.

Then I arrived at a large monastery. It was called Sfânta Cruce, and it had apparently been built not so long ago. In fact it looked brand spanking new. The white of the walls was almost blinding to the eye, and the frescoes were spotless. I saw some depictions of heaven and hell that reminded me of the Rila Monastery in Bulgaria. There were also some pictures of a very tired looking Jesus. I liked tired Jesus.

Getting into Oradea turned out to be much easier than I thought. There were functioning traffic lights, sidewalks, and sometimes even bike lanes. When I reached the center, there was a large square that was for pedestrians only. Children were running around, adults were taking selfies, and a big romani mom looked like she was refereeing a group of kids playing football.

People had been telling me that Oradea was nice. Yes, I thought, nice indeed.

the walk from Bălaia to Oradea: 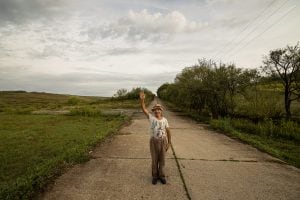 a guy on his way to pick plums 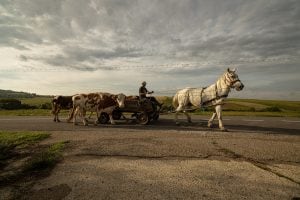 the horse was scared of me 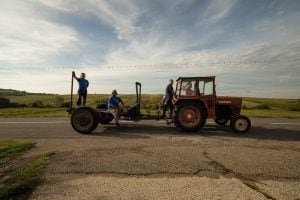 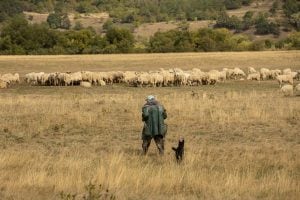 a shepherd and his dog 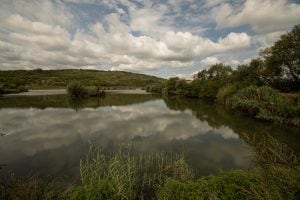 there were a few lakes on the way 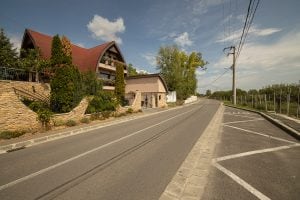 villas in the outskirts of Oradea 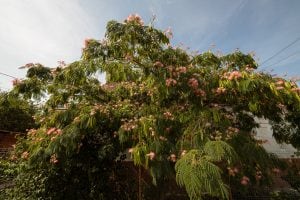 I liked this tree very much 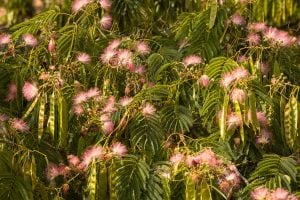 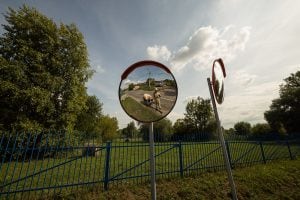 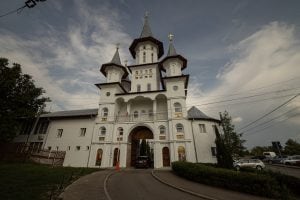 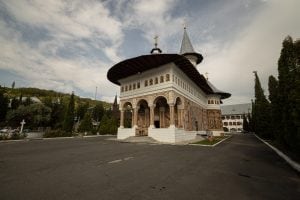 it looked so new 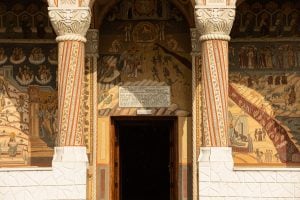 this reminded me of the Rila Monastery 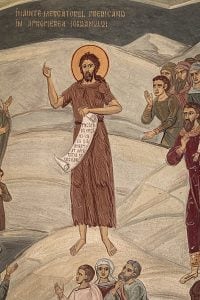 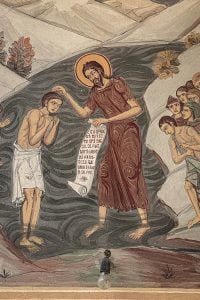 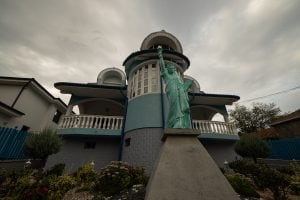 who thought this was a good idea? 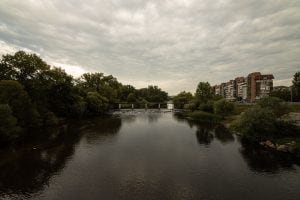 the Crișul Repede in Oradea 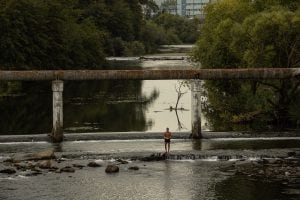 dude in the river 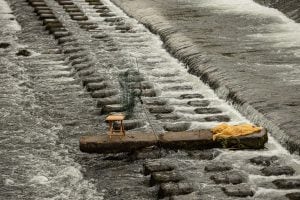 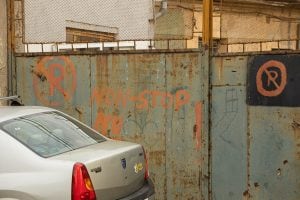 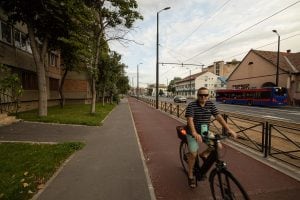 a bike lane in Oradea 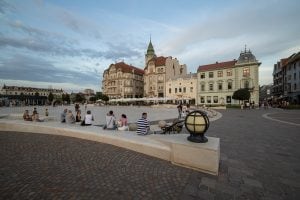 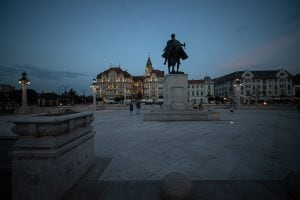 Day 600
from Bălaia to Oradea