This post is about a 14km walk from Spinuș to Bălaia. First the Caboose – again – gets new legs, then I walk through the hills to a morgue.

Mayor Fonai had noticed that the Caboose was – again – missing a leg. So he talked to Lucian, the owner of a local car body shop, and Lucian told me to come over to get her fixed up.

Lucian worked for about a half hour, and when he was done, the Caboose had two shiny new legs. He had even spray painted them in white!

I got on the road at about 12:30. It was hot, and even though there were some clouds on the horizon, it hardly looked as if it was going to storm today. But I knew better. The past few weeks had taught me to be weary. If there was something dark in the sky, then it was probably a thunderstorm.

I started hearing the thunder as I got onto a gravel road that devolved into a dirt path through the hills. Soon, a whole section of the sky was dark. I worked hard pulling the Caboose up the hills, hoping that we wouldn’t get caught by the storm up there.

About an hour later I was having lunch in some sort of roadside shed when it started raining. The Caboose and I were both sheltered, even though the roof had some leaks, so it was fine.

I didn’t get far today. When I noticed a chapel-like building with a large canopy, I decided to camp next to it. But first I asked a young man who was walking by if he thought it would be okay if I slept there.

“Sure,” he said in English, “that’s where we keep our dead people.”

It was the village morgue. I peeked through a window: there was nobody inside. Then I went to a neighboring house to confirm with them that I could sleep there.

I didn’t want to spook anyone. 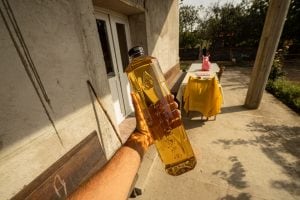 got a bottle of palinka for the way 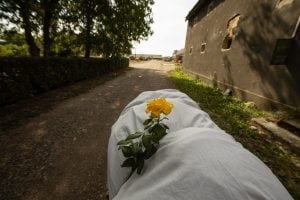 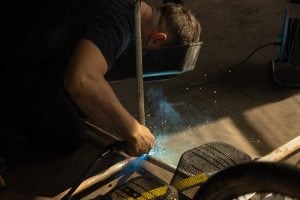 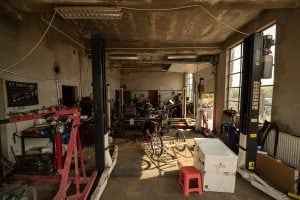 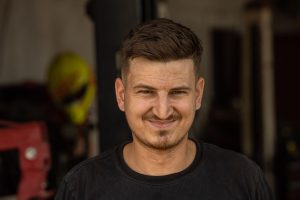 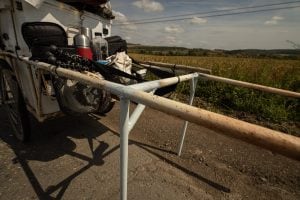 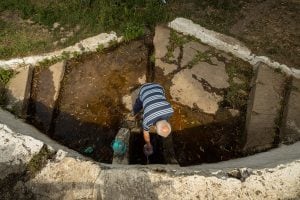 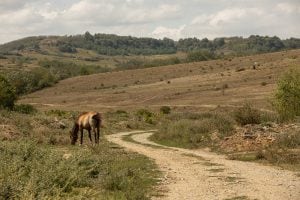 a path through the hills 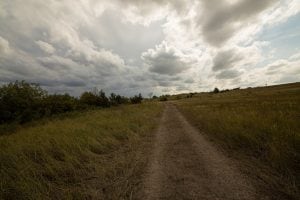 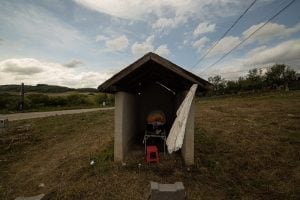 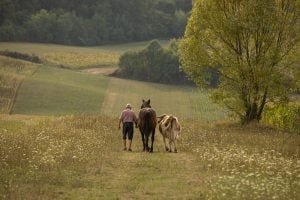 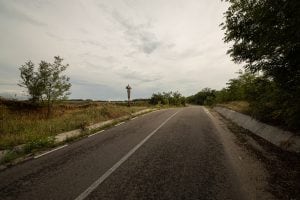 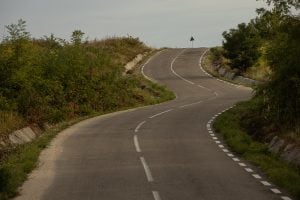 the last hill before Budapest? 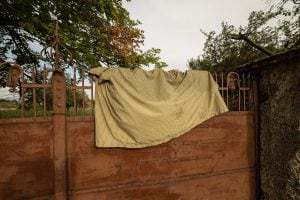 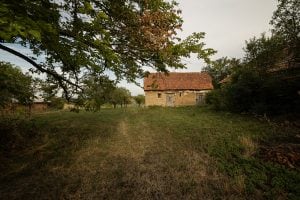 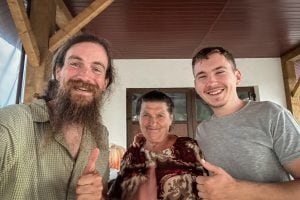 with Maria and Ruben 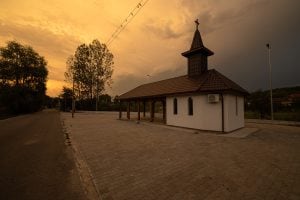