This post is about a 1km walk within Târgu Mureș. I am moving the Caboose, and it’s the shortest walk ever on The Longest Way.

I was going to start walking the next day. So I went and got the Caboose from my friend’s garage and moved her to the place where I was staying. It was a short walk, shorter even than that day in Razaviye where I had moved houses. Four years had passed. Iran felt so far away. Central Asia felt so far away. China felt as if it was from another life.

I felt ready to go, and yet I didn’t. All of my clothes were clean after I had spent an afternoon in a laundromat. I had bought a bunch of peanut butter and trail mix and some other provisions. My sister had brought me new shoes, a new poncho, a bivouac bag, and a book.

And yet I felt physically and mentally weaker than normal. Many things had happened. The mountains, the dog attack, the problems in getting my medication – and what about Werner?

I had finally gotten the idea to call an animal shelter near Sighișoara and ask about him. The lady on the phone wasn’t very responsive at first (she probably thought I had lost him on purpose), but after a while she asked me for pictures. Then she said that her team had indeed spotted a dog that looked like Werner. But since her shelter was fully occupied, they hadn’t taken him in. And now they didn’t know where he had gone.

the walk within Târgu Mureș: 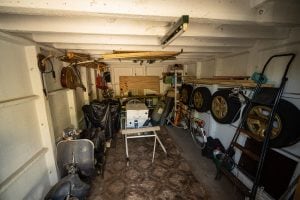 the Caboose in the garage 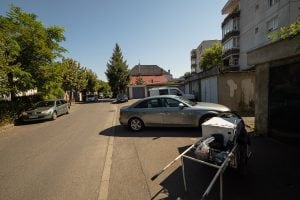 I didn’t bring the backpack 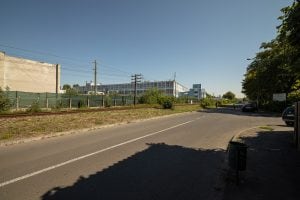 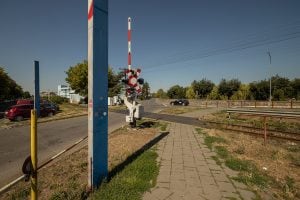 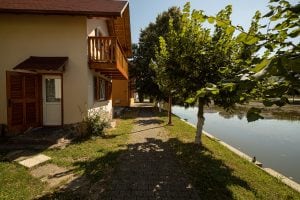 my cabin in The Weekend