This post is about a 23,8km walk from Târgu Mureș to Mărășești. The Caboose loses one of her legs, and I see some bad corn.

Packing took forever. I had new shoes, a nee poncho, a bivy bag, and a new book. I left the city some time before noon.

Traffic was shit of course. First there was a massive bridge across the Mureș. Then a road through the outskirts of town. A fat, shirtless man asked me what I was doing and made huge round eyes when I said I was walking to Cluj. “But… that’s like… 100km away!” he said as his eyes got bigger and bigger.

Then I was on a dirt path again. There were corn fields. Some looked as if they had been harvested already, or had the corn just died?

Then one of the legs of the Caboose broke off. I had had them added to her frame many years ago when I was walking through the Gobi Desert, and I actually felt a bit surprised that they had held up this long.

I took the leg and put it under my backpack, so as not to lose it.

Then came some pretty bad uphills. I huffed and I puffed, and I failed to notice that the leg slipped out from under my backpack, and I lost it somewhere on the road. Only later in the evening would I understand this, as I was setting up my tent next to another corn field.

I couldn’t believe it: the leg was gone.

the walk from Târgu Mureș to Mărășești: 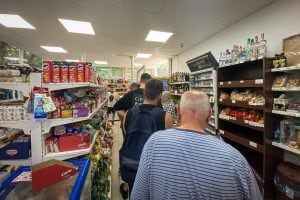 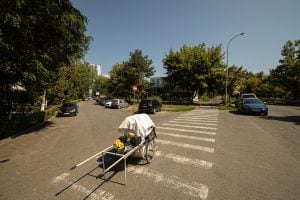 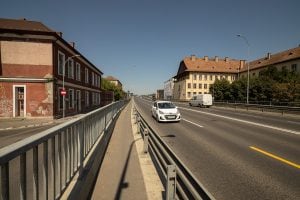 bridge over the Mureș 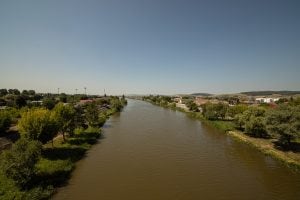 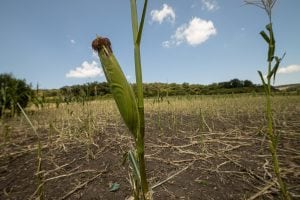 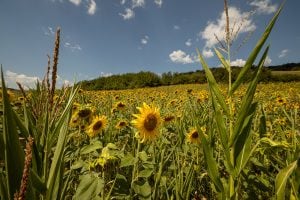 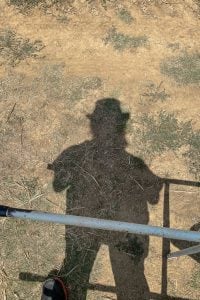 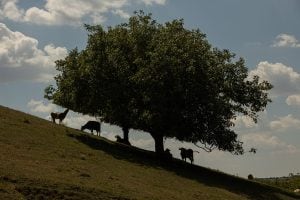 cows and a tree 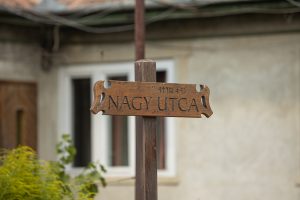 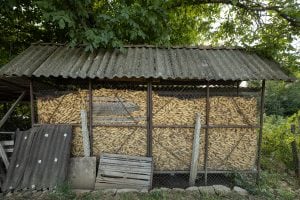 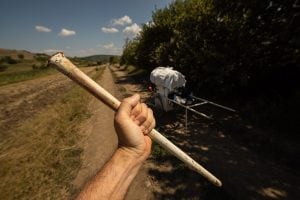 one leg of the Caboose fell off 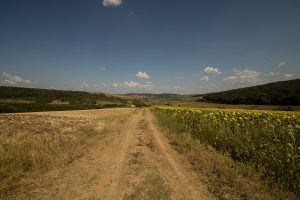 path through the fields 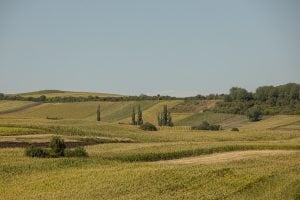 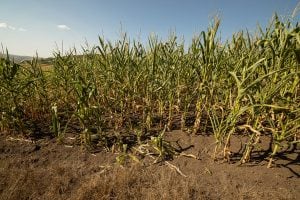 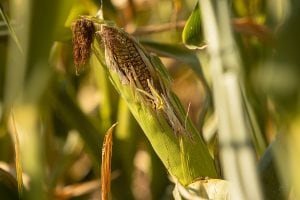 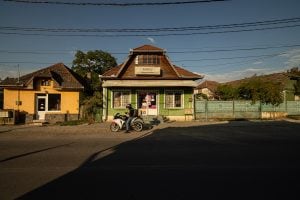 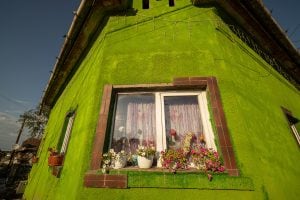 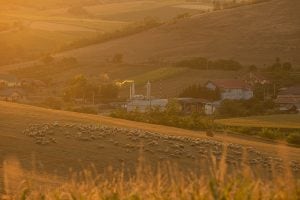 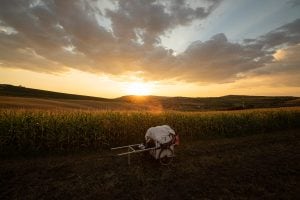 Day 586
from Târgu Mureș to Mărășești