This post is about a visit to Teleki Castle. The family has got ownership back from the state, and they’re trying to take care of it.

We went to a castle outside of town. The Teleki Castle was constructed in the early 19th century by the same family that built the Teleki Library in the city.

One thing I had never thought about when it came to castles was how expensive they were to upkeep. Heating, cleaning, repairs – all of these things cost money. Originally, this wouldn’t be a problem because a noble family who resided in a castle would also own large amounts of lands that would make money.

This was true for the Teleki family until 1945, when the Communists kicked them out of their home and took everything from them.

The castle and its land were nationalized, and the castle itself was converted into a so-called “preventorium” – a facility where children from families with cases of tuberculosis were kept in isolation from others. By the 1990s the Communist regime had fallen but the castle still remained a state-owned preventorium.

Conditions were harsh until a German fund tried to improve them a little. They installed central heating and painted the walls, that sort of thing.

Then, in 2011, after years of legal struggles, the state returned the ownership of the castle to the Teleki family. This meant they got their castle back, but not the lands.

They made some renovations and tried to raise a bit of money by offering guided tours, selling souvenirs, and hosting events like weddings or art exhibitions.

But it wasn’t easy. 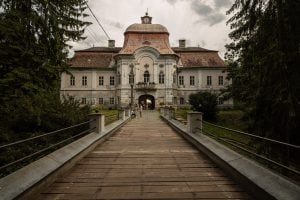 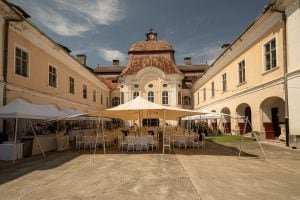 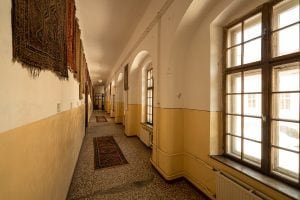 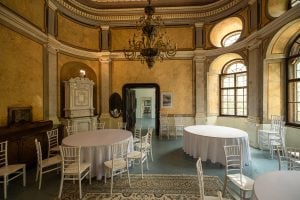 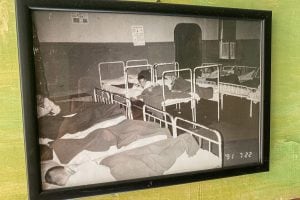 historical photo of the preventorium 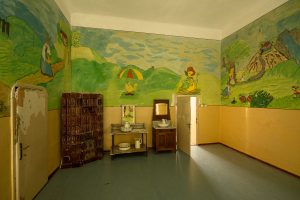 the preventorium after the improvements 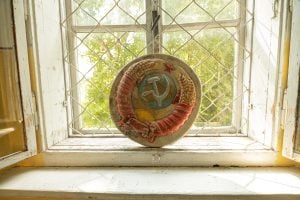 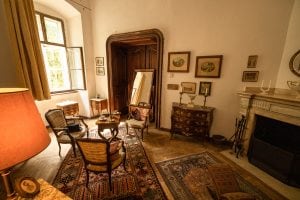 recreation of a historical room 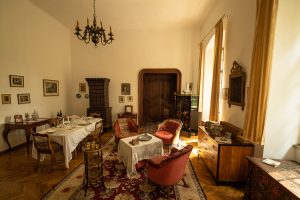 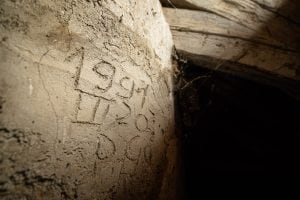