This post is about a 26km walk from Prod to Gogan. I have to take a detour because the way through the forest is unsafe.

The campground turned out to be fantastic. Dara and her mom Cora had horses, a pool, a few cabins, and a kitchen. There were some cats and dogs (one of whom, an old blind dog, had just come to them a few days earlier), and they had taken in a Ukrainian lady with her horse.

They had opened Dara’s Camping just a few years earlier, right before Covid. Didn’t you suffer during the pandemic? I asked them, but they just laughed.

Business had been excellent during those two years, they told me, when city dwellers from all over Romania had been looking for a country getaway. They came to Dara’s Camping to ride horses, swim in the pool, and enjoy the quiet hills of Transylvania. Now that life was normalizing, their business was normalizing as well. It was still good, just not as spectacular as during Covid.

And they told me something else: the route that I had been planning to take through the forests in the north would probably be impossible for the Caboose and me. The road surfaces were simply too bad, and there were unspecified “dangers” along the way. So I would have to go south first and then take a paved road, which would mean a detour of ten or fifteen kilometers.

I said goodbye and got on the way. A bit down the road there was a well where I filled up my bottles. The water smelled like sulfur, but villagers from all over the area came here to fetch some of it. It was supposed to be healthy, maybe because of the smell.

I passed a small town called Dumbrăveni, then the road went north again and cut through the hills and the forests. Soon I was on a gravel road again, and soon after that I was on a path through a thick forest with not a soul anywhere in sight.

Remembering the warnings about all the bears, I started to sing. I sang in German, I sang very loudly, and I sang about whatever was in my head at the moment. A lot of it was so stupid that I had to laugh.

When I reached the village of Gogan, I started asking around if anyone knew a safe place for me to pitch my tent. Nobody did. In fact everyone just waved me off until I met an old man with a mustache. He spoke to me in Hungarian, and it seemed as though he was trying to tell me about a house full of Germans where I could go try my luck.

I ended up staying with Gabor, pastor of the reformed church. He spoke English and German, and he was an avid hiker himself. When I asked him if I could pitch my tent in the churchyard, he told me to come inside and have dinner with him, he showed me around the church, and he offered me a bed in his house.

the walk from Prod to Gogan: 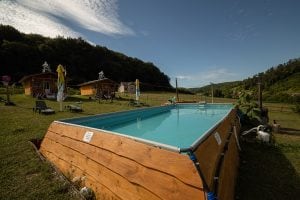 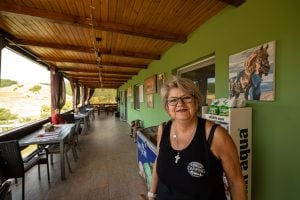 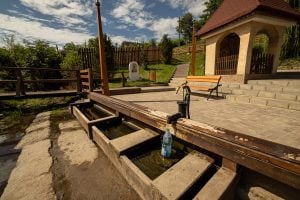 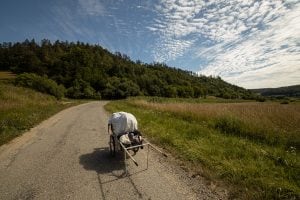 the Caboose near Prod 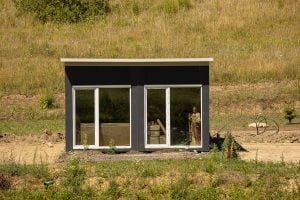 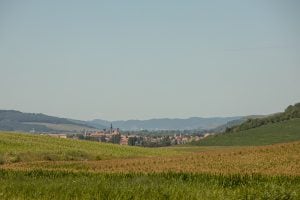 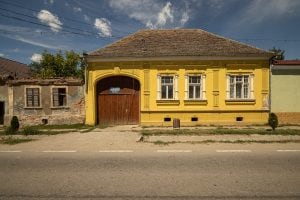 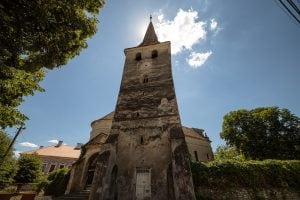 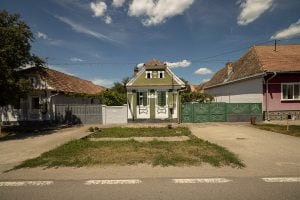 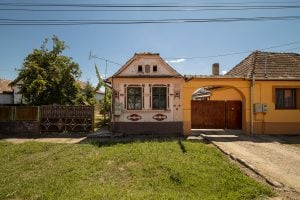 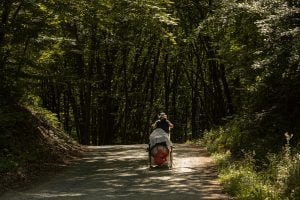 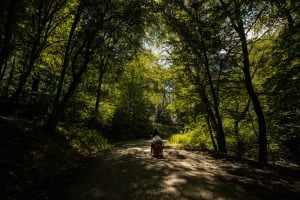 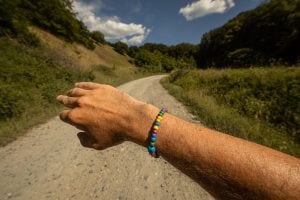 found this on the road 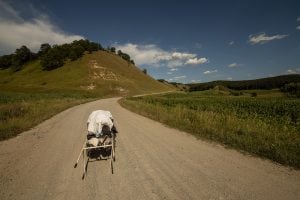 the Caboose on the way to Gogan 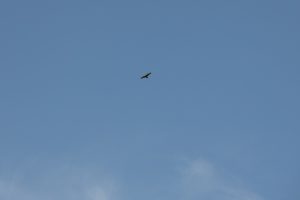 what kind of bird is this? 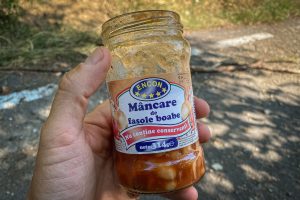 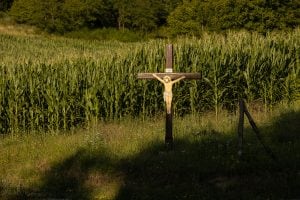 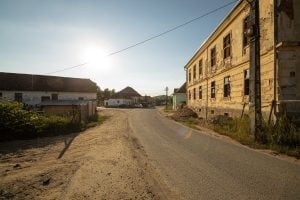 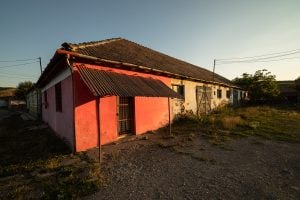 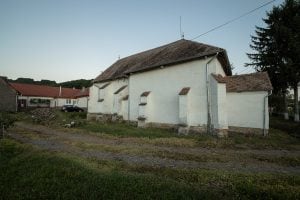 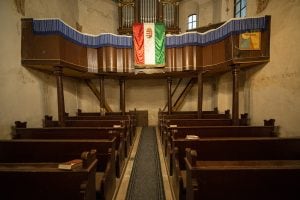 inside the reformed church in Gogan 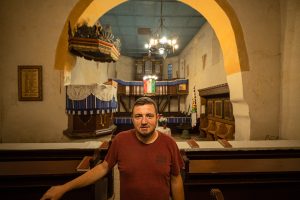 Pastor Gabor in his church 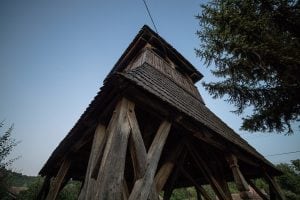