This post is about an 18km walk from Sighișoara to Prod. I leave town without Werner, I hate the road, and I worry about bears.

No, I can’t forget that evening or his face as he was leaving, but I guess that’s just the way the story goes. And so, definitively wernerless, I tossed the little water bowl I had made for him and left Sighișoara.

The way through the old town was nice at first. But then the road got incredibly narrow, incredibly chaotic, and incredibly busy, and then the sidewalk vanished, and once again I was fearing for my life.

I was seething with anger. Just why did Romanian roads have to suck so much?

When I reached a gas station I bought a loaf of bread and some snacks, and I talked to the lady who was working there. She told me better not to camp anywhere in the area because there were so many bears there. Just a week earlier there had been an incident on her property not far from where we were. “No camping,” she said, shaking her head, “no camping, no camping.”

I found a quiet road after this. It meant a detour of at least a day or two to my next destination, but it seemed worth it anyway. I didn’t want to die in traffic. It felt like an undignified way to go.

And so I walked on a dusty gravel road through the fields, and I talked to some ladies who were working in a vineyard, and I tried to stay hydrated in the heat of the day, and after a few hours I reached a village called Prod.

There was a place called Dara’s Camping in Prod. I wanted to go there.

the walk from Sighișoara to Prod: 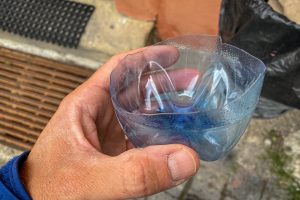 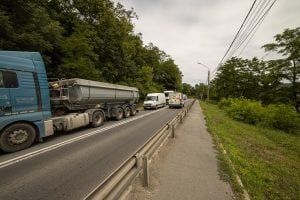 the road out of Sighișoara 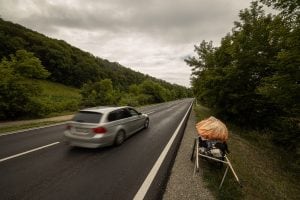 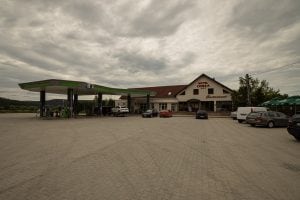 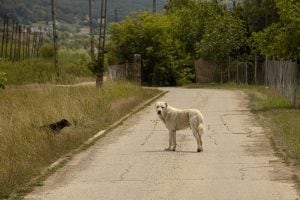 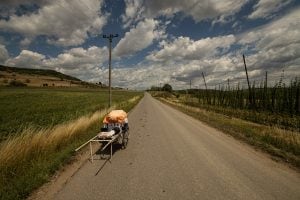 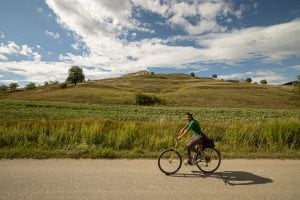 lady on a bike 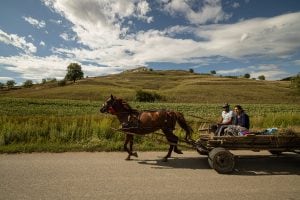 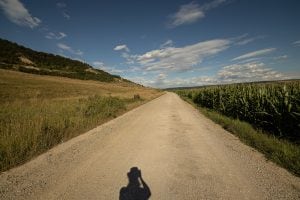 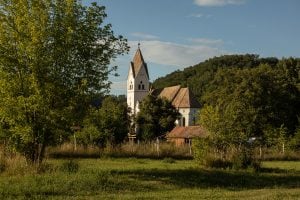 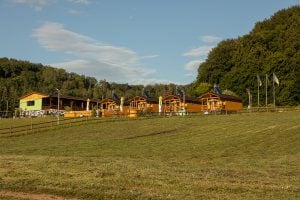 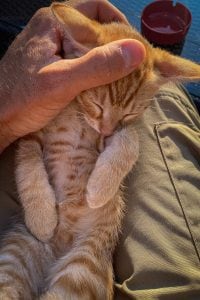 Day 581
from Sighișoara to Prod