This post is about a visit to the Church on the Hill in Sighișoara. I see a graveyard and the house Vlad Dracula was born in.

Another day in the old town of Sighișoara.

I had noticed the entry to an encased stairway the night before. It was called Scholars’ Stairs, and it had about 170 steps. When I got to the top there was a massive church that was called the Church on the Hill. It was supposed to be a gothic church, but the walls were thick and the windows were small, and there wasn’t a lot of ornamentation. It looked as if the builders had run out of money at some point.

There was a cemetery next to the church. Almost all of the headstones were in German, and almost all of them were old. Some were from the 18th and 19th centuries. I noticed a couple of new graves, too, but it became clear very quickly that the German community of Sighișoara was dwindling.

The interior of the church was more interesting than the exterior. There were some frescoes on the walls, though many of them had been damaged or whitewashed over the centuries. There was a crypt, a place as cold and as silent as the inside of the cave that I had visited a month or two earlier.

And there was the picture of the Trinity. You know how in Christianity we have this concept of the Father, the Son, and the Holy Spirit as separate beings from the same essence? Yes, it’s weird.

Traditionally, pictures of the Trinity are rare. But here, in this church in the center of Romania, there was one. Three heads together, one clean shaven (the Holy Spirit), one with a long white beard (the Father), and one with a full beard (the Son). They had only one body, and they were holding something that looked like a newspaper.

When I got back to the main square I noticed that a bunch of people were taking pictures in front of a yellow house. I looked closer and immediately felt as if I had been covered in cheese. A little sign said that Vlad Dracula had been born in this house. I had originally planned to walk all the way through Transylvania without mentioning him once. But now here I was, next to the house where The Impaler had learned to walk.

I went down to the restaurants where I had lost Werner. But he wasn’t there.

a visit to the Church on the Hill in Sighișoara: 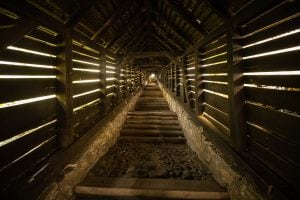 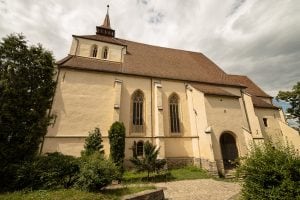 Church on the Hill 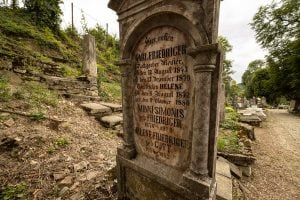 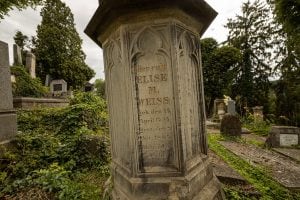 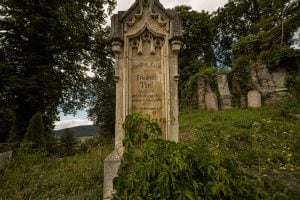 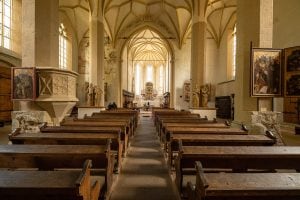 inside the Church on the Hill 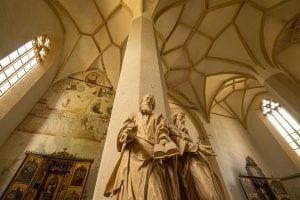 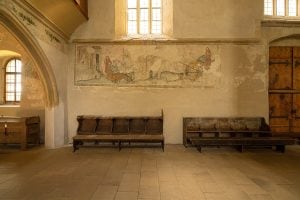 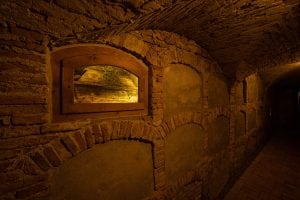 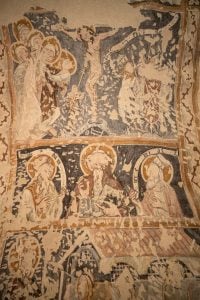 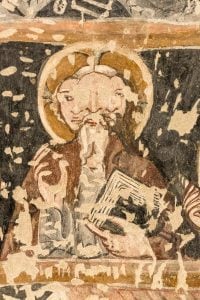 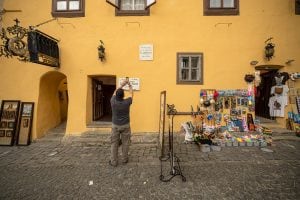