This post is about a 24km walk from Șugag to Rod. I tackle the last incline of the Carpathian mountains in the rain.

So I left the guesthouse, and I walked east from the village of Șugag until I reached the foot of a hill. The map had warned me of it: this 600m climb was going to be the last challenge put forth by the Carpathian mountains.

I was halfway up when the clouds broke. There was no place to hide from the rain, so I sat under a tree for a while, drinking Bojan’s slivovitz. Then I thought ahfuggit and continued walking. It was miserable.

It only got better when I reached a height slightly above the clouds. And then, once I had gotten to the highest point of the incline, the sun came out. I sat down and waited to dry off a little. Then I walked through a village where all the houses seemed to have walls with massive gates in them. I had reached Transylvania.

The problem was finding a place to camp. There were forests and hills everywhere, and I couldn’t find a half-way sheltered, level place for the tent. Also, there was a thunderstorm on the horizon, and it seemed to be coming in. I kept walking until I had passed another village, and then, when I found a place that was level and had short grass, I pitched the tent.

the walk from Șugag to Rod: 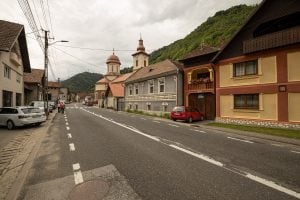 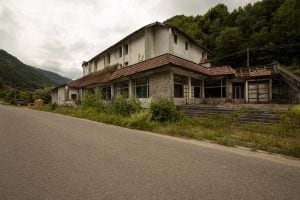 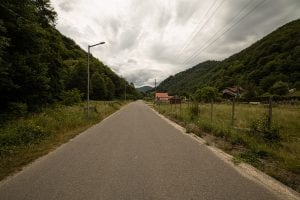 the road to walk from Șugag to Rod 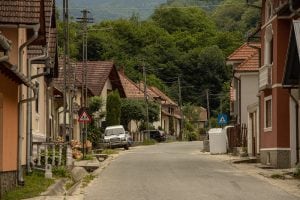 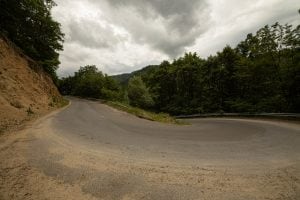 the last uphill of the Carpathian mountains 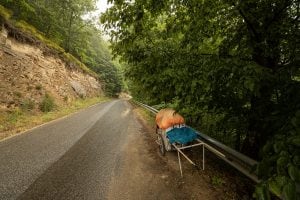 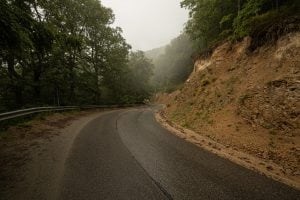 uphill in the rain 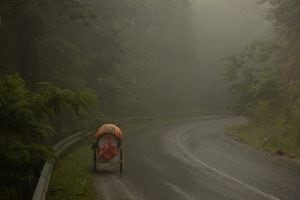 Caboose in the fog 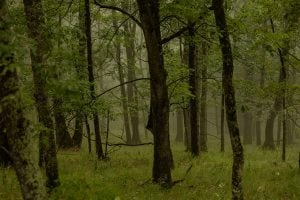 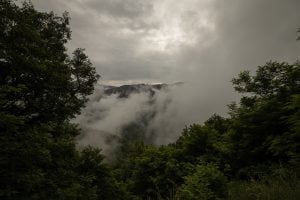 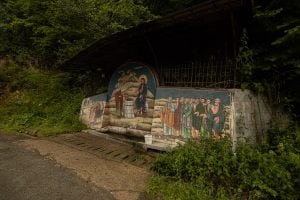 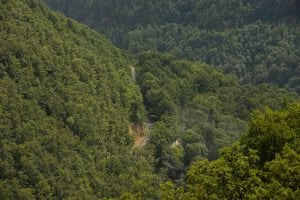 the road from above 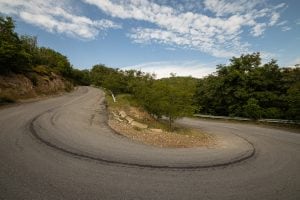 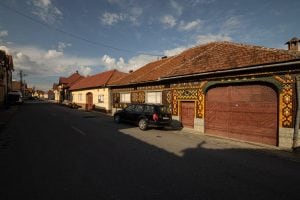 the village of massive gates 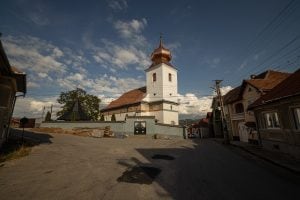 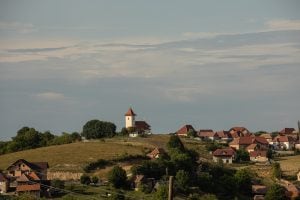 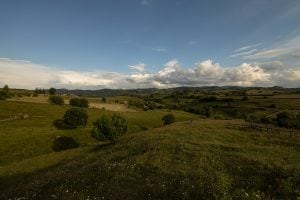 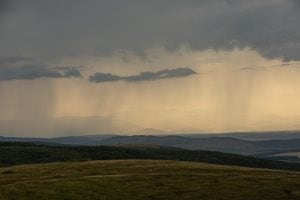 thunderstorm in the distance 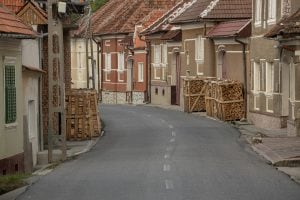 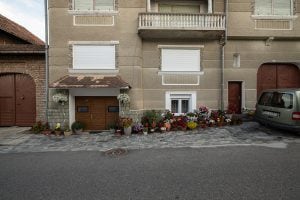 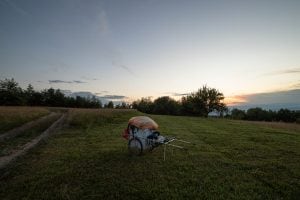