This post is about a 29km walk from Tianchang to Jiuguan. I leave the highway to see the Yujia Stone Village. Then I get lost in the hills.

Sick of me going off about all the terrible sins against the environment? Well, things went in a slightly different way today.

But first things first. It was a frosty morning: I decided to take a small detour to see the famous Yujia Stone Village 于家石头村 that lies south of the highway.

So I got up early and walked the 8km – and found it absolutely worth it: This village is mostly from the Ming-dynasty (明 1368-1644) and very well preserved. Tradition has it that 95% of its population stem from a certain Yu Qian 于谦, a political figure from the 15th century.

The buildings are particularly interesting on the inside, because some of them have the round roof you can see here: And then of course there’s the kang 炕 – a traditional brick-bed in northern China.

I took a short lunch break (cookies and a yogurt-drink), I then talked to some people about a possible way west. They told me that walking across the mountains would be very difficult. Poor roads. They said I would get lost.

I didn’t listen and only learned when I got there: This was the time when it dawned on me: They had been right. Which way was I supposed to go? I opted for the path on the right, and it led me here: 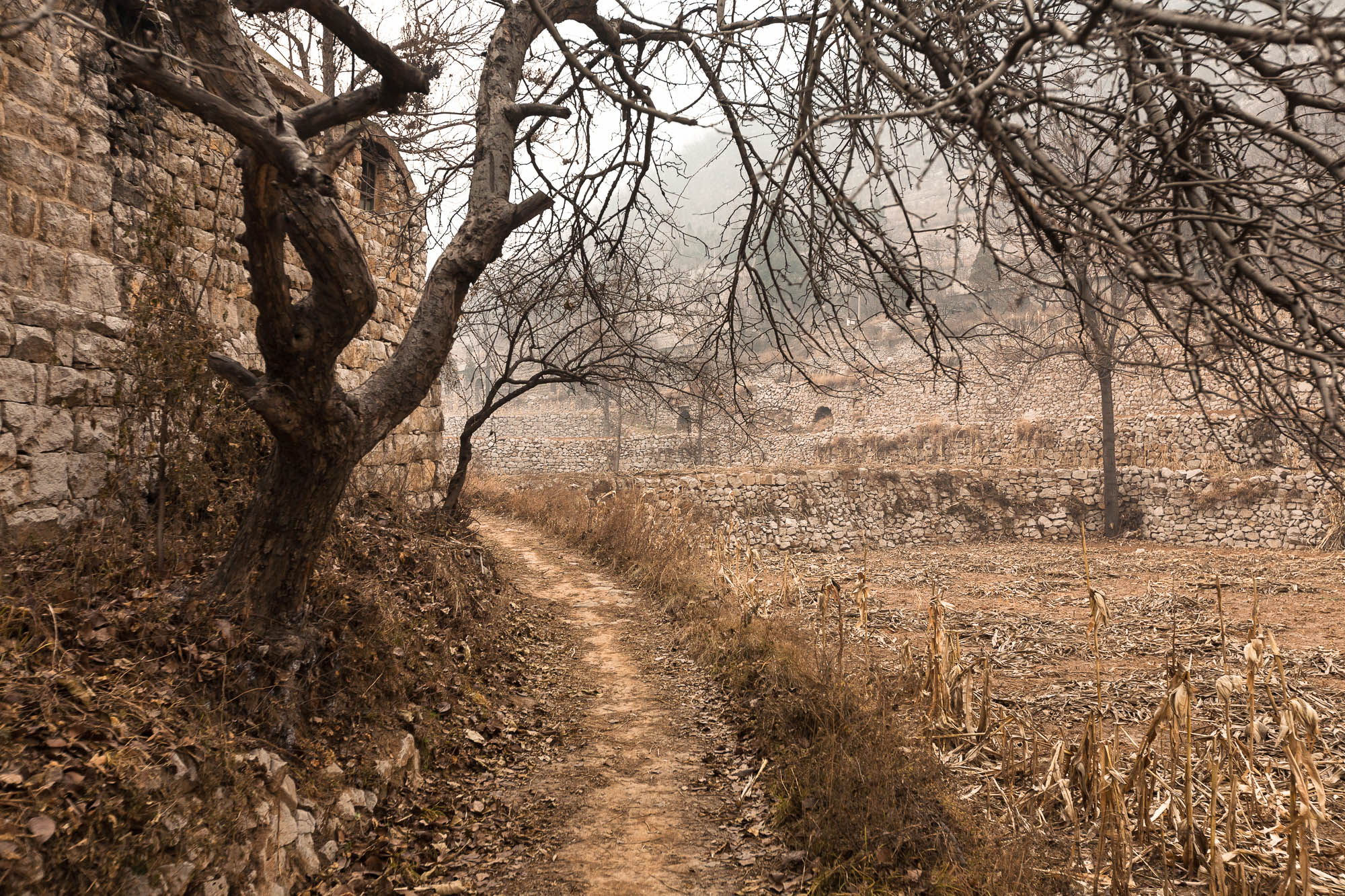 Which was wrong. But I wasn’t ready to admit it yet. The path became narrower and narrower. There were buildings with broken windows and no living soul in sight.

Then the remainders of the track took me up into the mountains: 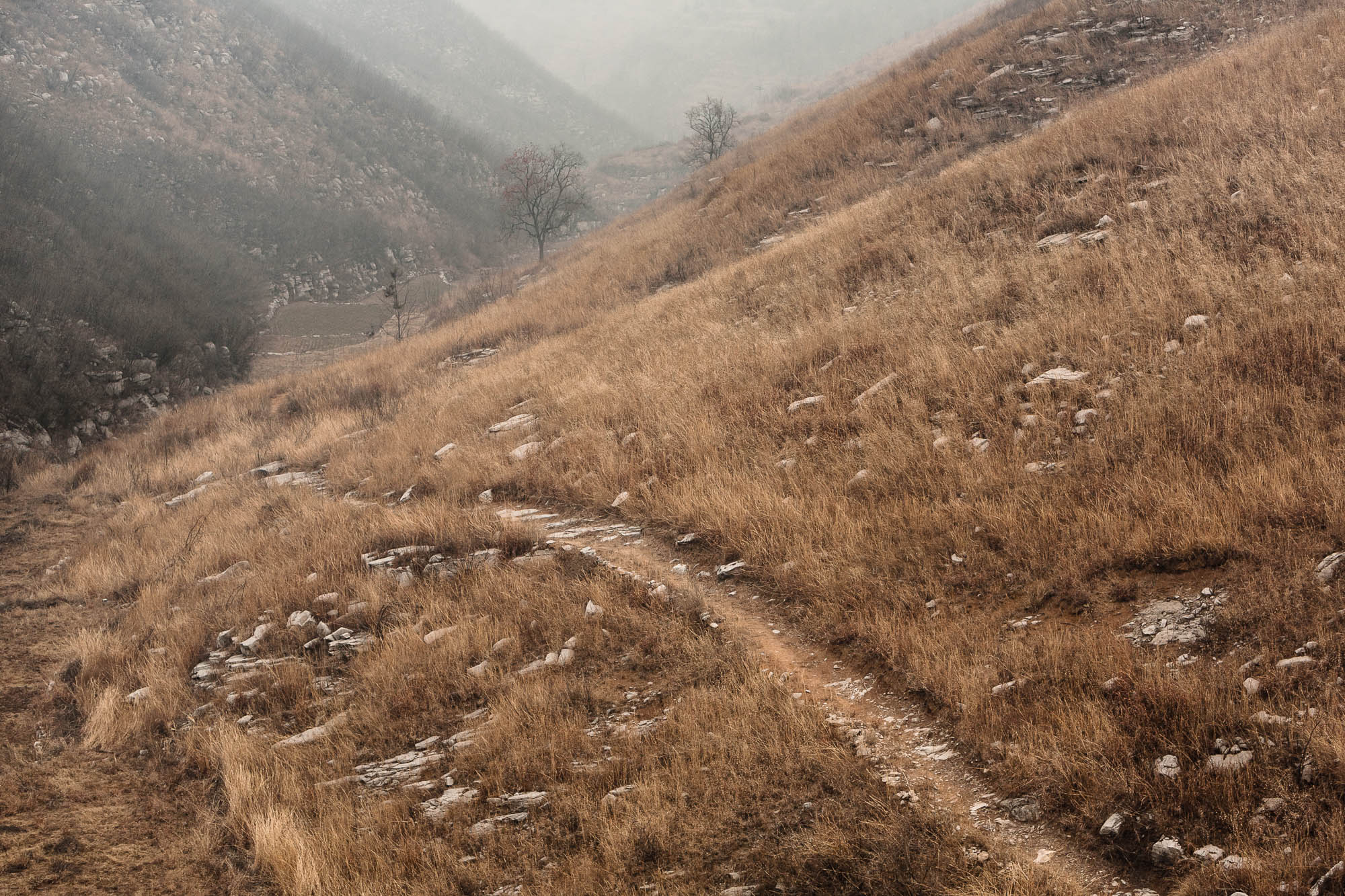 There was nothing to do but to keep walking. And I remembered how – back at home – I had kept telling everybody: “I’m not going to be that stupid anymore. No more walking where there is no road. And once I know that it’s a dead-end – then I’ll just turn around and go back!”

At this point I was seriously considering pitching my tent and rationing my bag of chips and my water bottle.

But I kept walking, all the while appreciating some of that perfectly unspoiled nature on the way: Then, all of a sudden, and without warning, there was this: 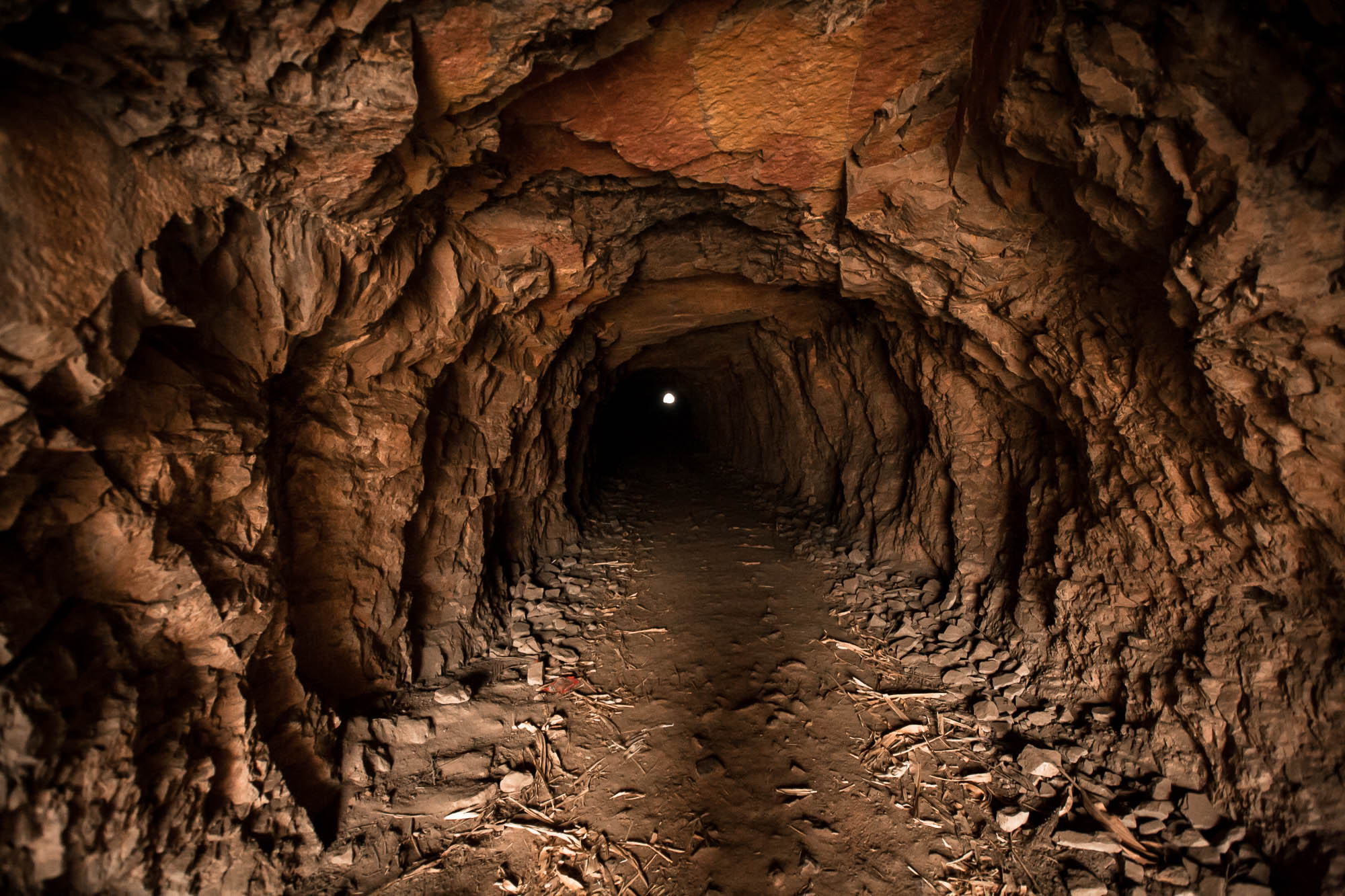 A tunnel. What do you do with a tunnel? You walk through.

Also, I imagined that I could somehow hear the trucks on G307 honking their horns on the other side.

Oh, and it was true! When I staggered out from the dark and into a field where people were working, a bunch of village kids noticed me: Man, was I happy to see these little guys!

…instead I was back on my dirty, trashy, smelly, noisy, beloved G307: 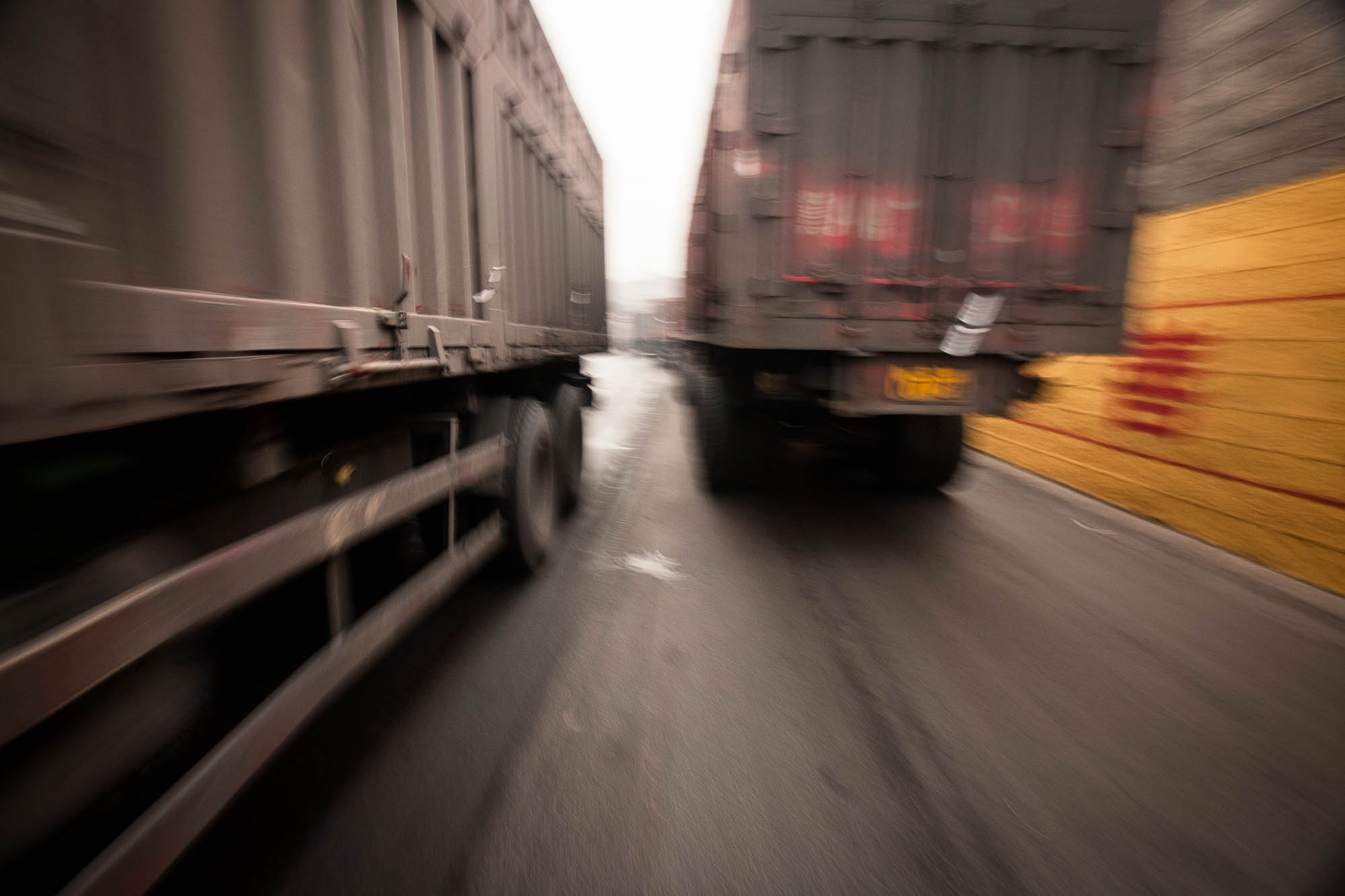 Happily sucking in the exhaust fumes from the vehicles rushing by, I had a great time knowing that I would find a place to eat and spend the night just another two or three hours down the road.

Then I crossed into the province of Shanxi 山西: No sign or indication of any kind, just these guys breaking their backs next to the highway.

How I knew that I wasn’t in Hebei 河北 anymore?

It was all good.

PS: Have you ever heard the sound of an exploding tube on a truck tire? Well, this one happened right next to me, and the sound was so loud it actually shattered some windows nearby: Luckily, I was just listening to some very fine music on my earphones.