This post is about a 26km walk from Mihajlovac to Velesnica. Bojan and his daughter come to visit. And I get my own stickers.

I woke up early and continued my walk along the Danube. The country was flat and the sun was hot. They were a lot of large summer houses on the shores of the river. Most of them seemed to be empty. But there was also the occasional fishing hut with an attached veranda where people were barbecuing and drinking.

Around noon my friend Boyan and his daughter came to see me on their bikes. What had taken me a whole day to walk was a ride of a bit more than an hour for them. We sat on the gravel road by the Danube, everything around us was quiet, and I feasted on the food that they had brought me.

And they had prepared a surprise for me: bicycle tourists typically carried stickers of their names or logos. They would place them on things or give to people along the way. And so Bojan and his family had scanned my logo and prepared a box of little stickers for me, too.

It seemed as though I had turned into an honorary cyclist.

Not long after I had gotten back on the road a car came to a halt behind me and a very enthusiastic man insisted that I go and have goulash with him and his friends. “Goulash and slivovitz,” he kept saying, “goulash and slivovitz!”

It took me a while to convince him that I had get to the border by Sunday, and that I would not be able to make it if I got drunk now. He nodded, gave me a tiny icon of the Virgin Mary, and then he drove back to his friends.

The gravel road along the shore ended at some point. I wasn’t happy to be on the asphalt again. It was long, straight, and boring. The only good thing was that I ran into Aleksandra from the Iron Gates Cycling Route association.

I walked until the sun went down. The sky was golden at first, then orange, then pink, then dark blue. I kept walking. Then I arrived at a fishing hut. There was a slab of concrete in front of it that seemed perfect for the tent.

I waited in case anyone showed up. When nobody did I pitched the tent and lay down. I fell asleep listening to the frogs in the Danube, looking at the stars in the night sky. 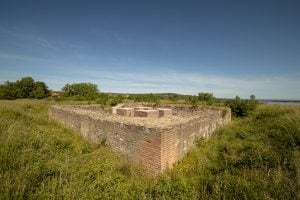 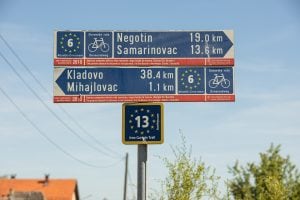 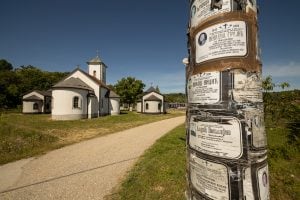 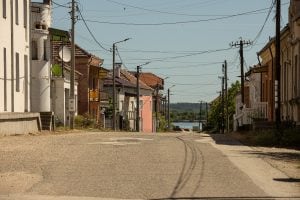 Serbian village near the Danube 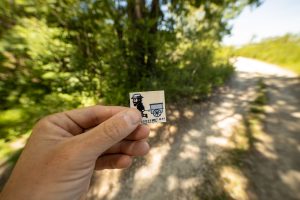 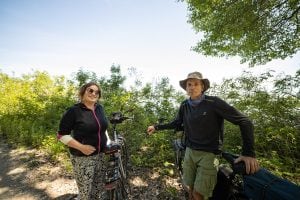 a visit from Negotin 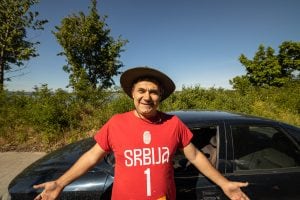 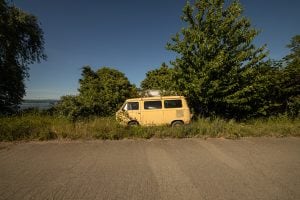 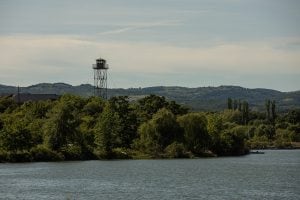 guard tower on the Danube 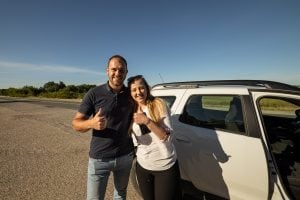 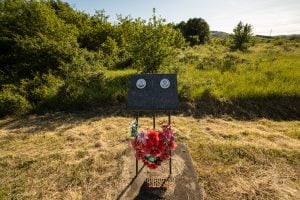 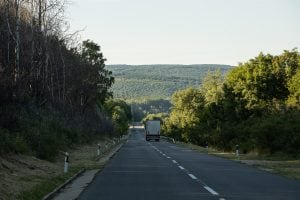 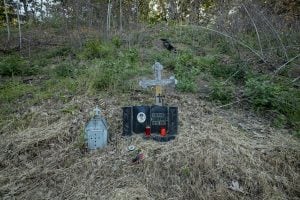 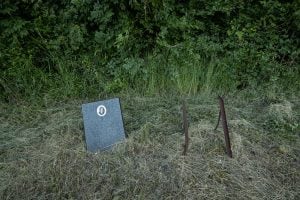 memorial next to ruined memorial 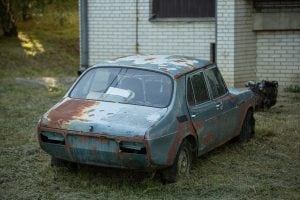 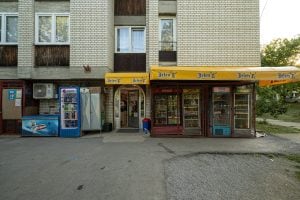 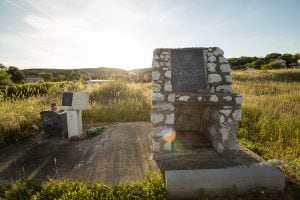 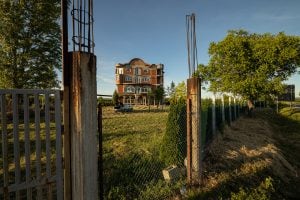 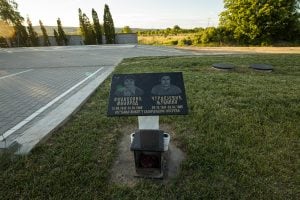 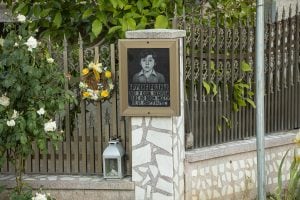 memorial for a little dude 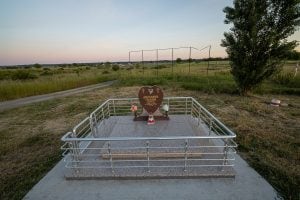 there seem to be too many of these in Serbia 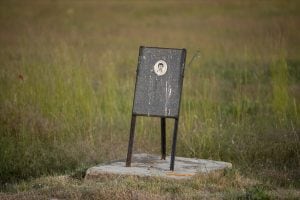 and yet there is more 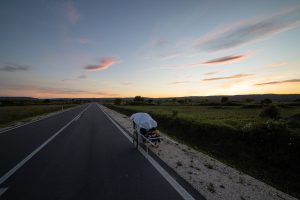 Caboose in the sunset 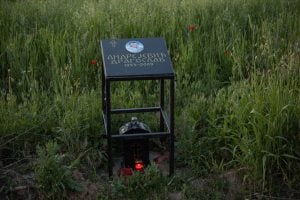 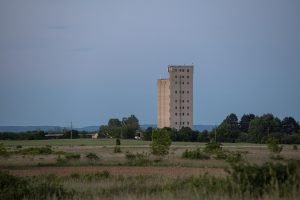 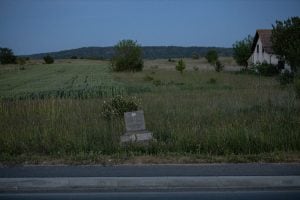 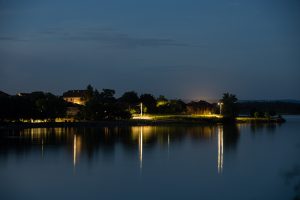 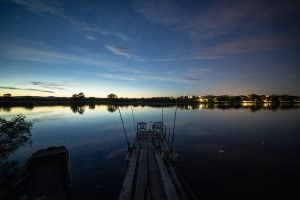 pier in the evening 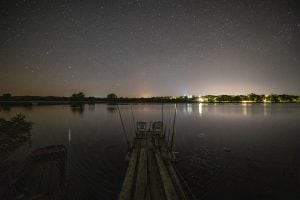