This post is about a day of anxiety in Novaci. I worry about the road through the mountains and about bears.

I was so nervous. Several times within the last few weeks I had woken up in the middle of the night not knowing where I was. It always took me a little while to come back to my senses, then I would get back to sleep. Anxiety.

The things people had been telling me about the ways across the mountains were making me anxious. Another problem was the fact that it seemed to be next to impossible to get my medication in Romania. I really didn’t want to have to fly anywhere or to take long bus rides in order to get my meds. But I also didn’t want to be without them. And so I was anxious.

The guesthouse where I was staying felt nice. It was a cozy, quiet place. The owners were very friendly, but they, too, thought tackling the Transalpina with the Caboose would be difficult, to say the least. Too steep, they said, too high. What about the bears? They weren’t sure.

I stayed inside and tried to update the blog as best I could. There were a bunch of photos to sort and some emails to reply to. Then I talked to some Czech bikers who were going to cross the mountains the next day as well. It would only take them a few hours to get to the other side. For me, it was going to be days or weeks.

I ordered a pizza and a bottle of coke. It was a nice meal, but I wasn’t quite into it. I had yet to slay the fucking dragon.

I was so nervous. 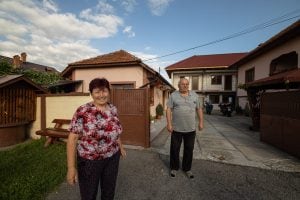 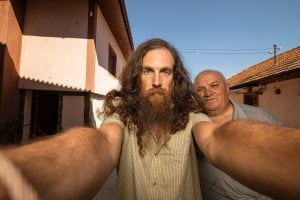 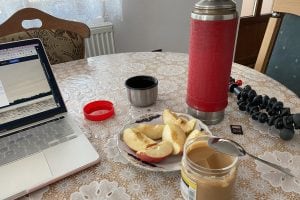