As much as I enjoyed being there, I still had to leave Lahijan at some point. So I did. I walked out of Lahijan on a Friday morning, which meant that it was the weekend here in Iran, which in turn meant that most shops were closed and the streets were empty.

I turned onto a country road and started getting into my rhythm: 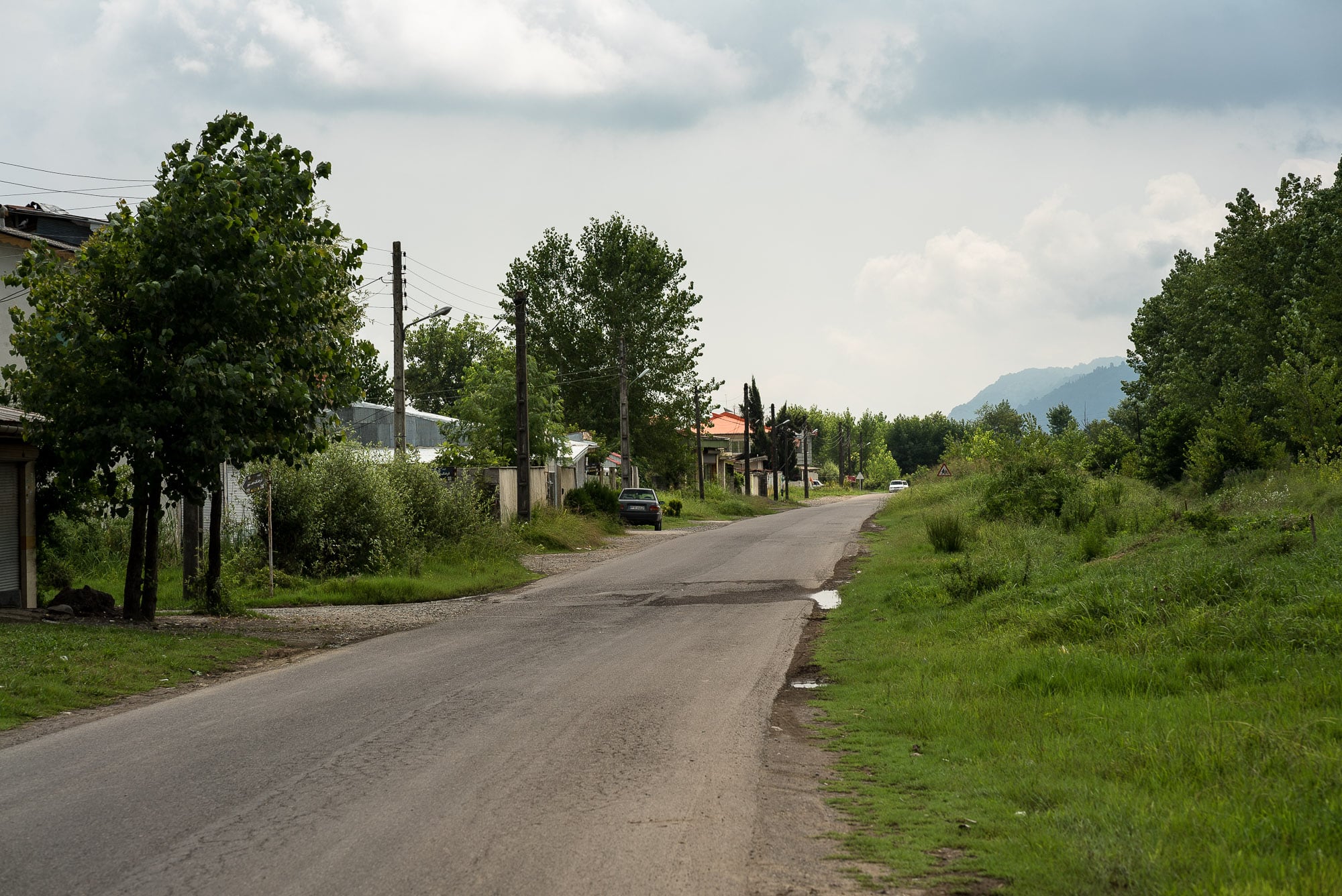 It was all very quiet: 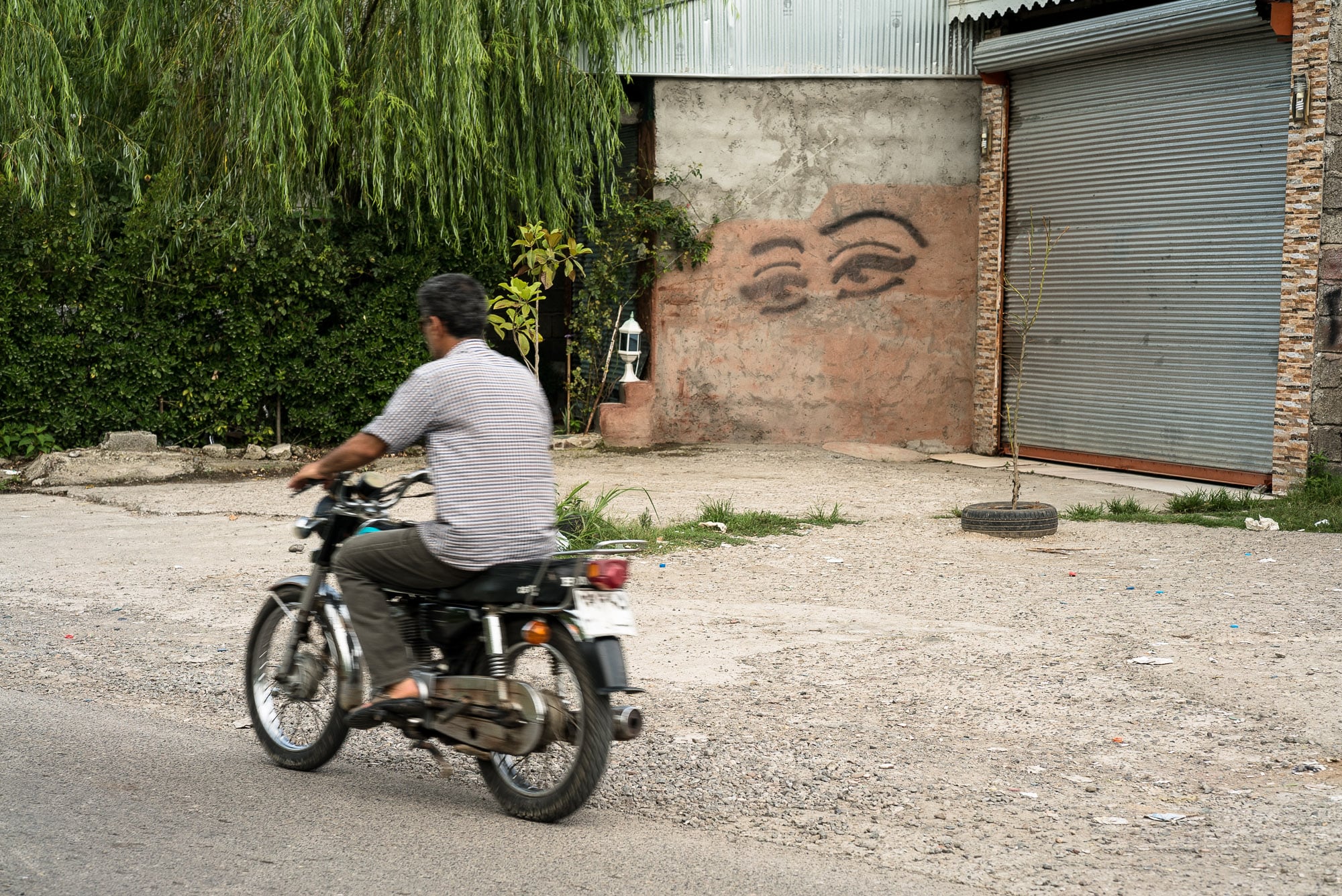 Then, somewhere near this house, two guys on a motorcycle appeared: 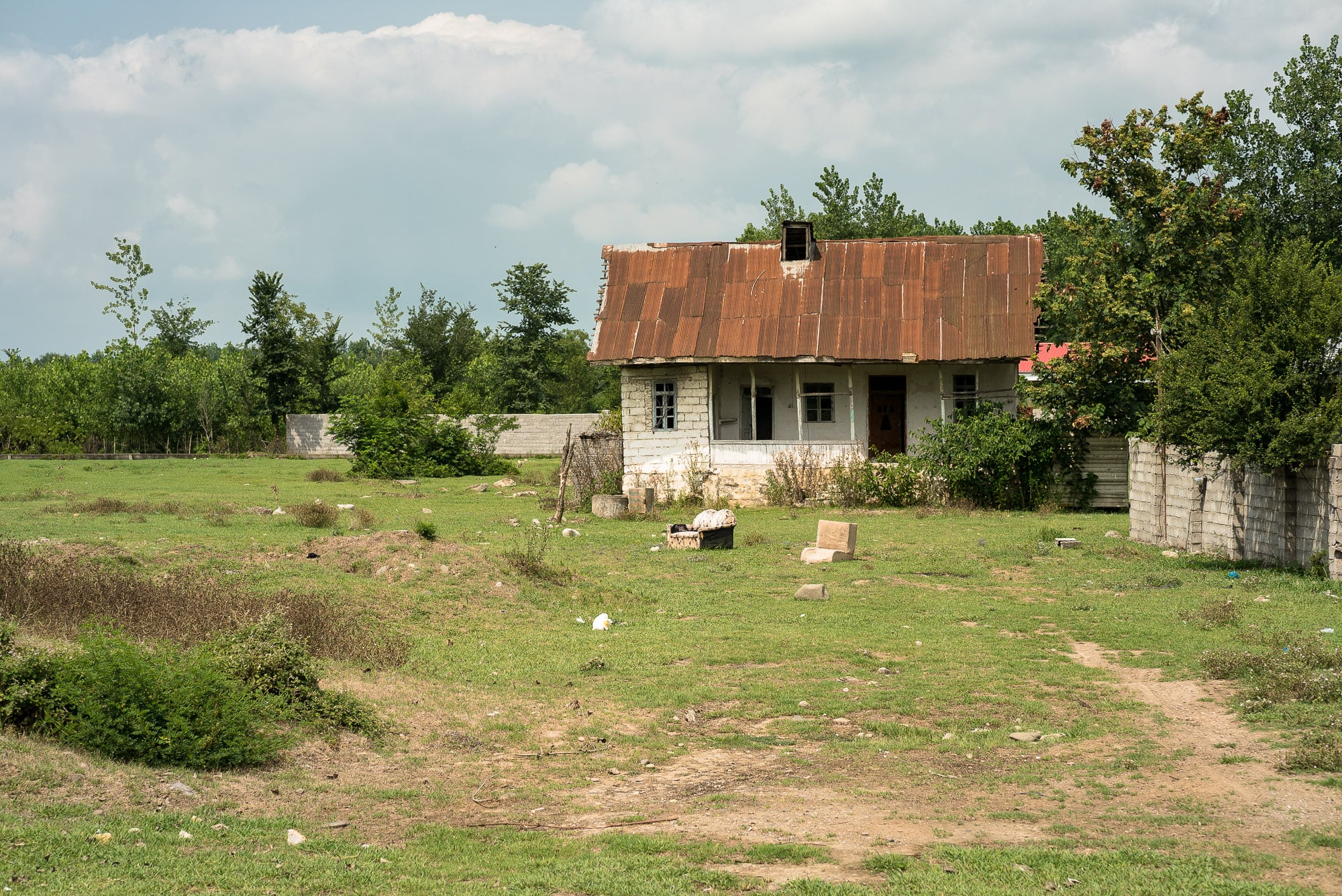 They asked me a question which I didn’t understand, so I shrugged and told them sorry, I didn’t speak Farsi. They rode off. Then they came back, and this time they asked me more questions. I told them I was a German tourist. They were a bit weird, and to me they seemed to be either drunk or on drugs. They weren’t very friendly. When they asked me if I wanted to go to their house, I declined. Then one of them got angry, said the words “American” and “dog” and started picking up rocks.

I started pulling the Caboose away from them while they were throwing rocks at me.

It was a bit unsettling.

When I came to this village, I used google translate to tell a few old men that there were two guys throwing rocks at me and calling me an American dog. I added that I was actually a German: 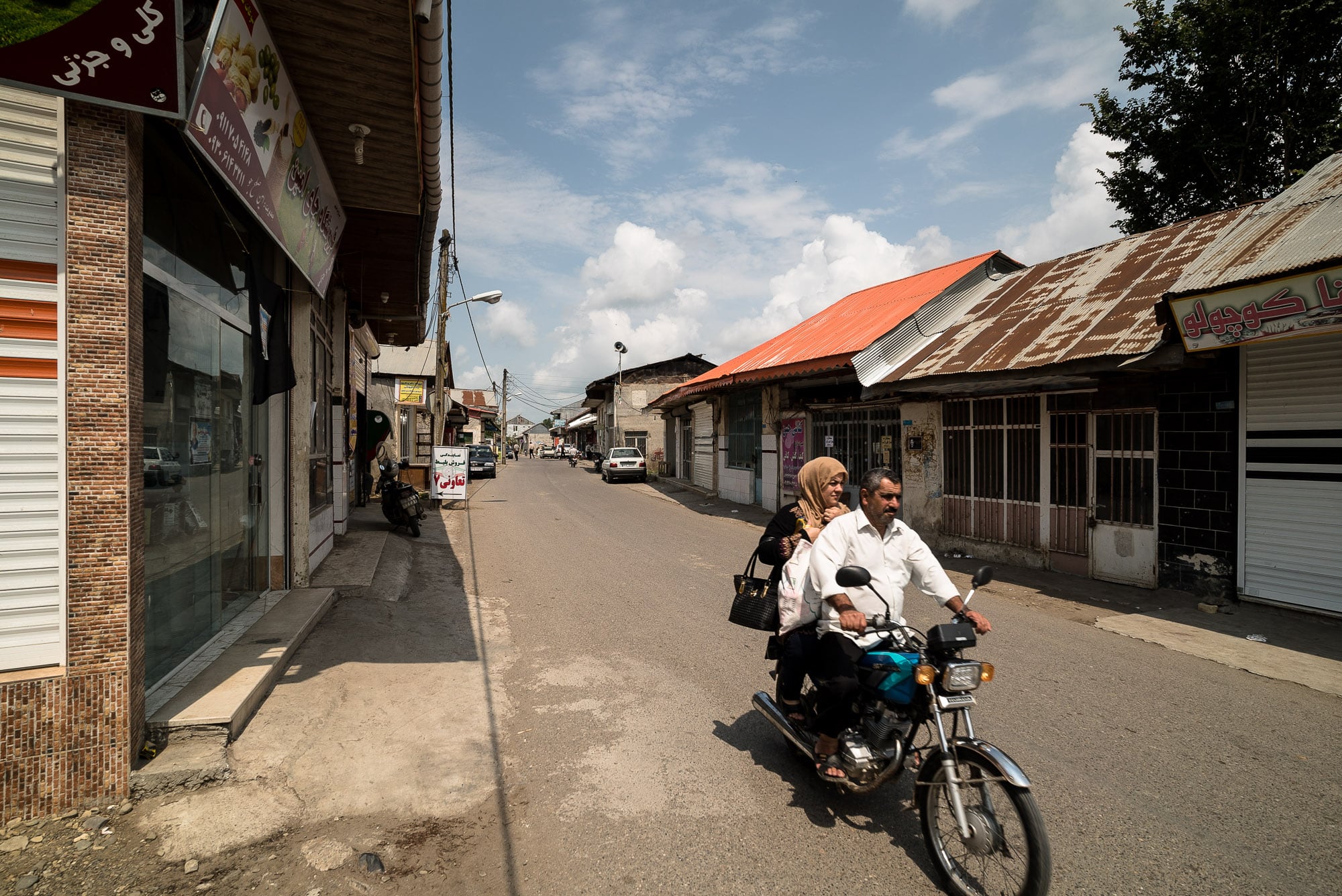 I walked as fast as I could after this, past the fields: 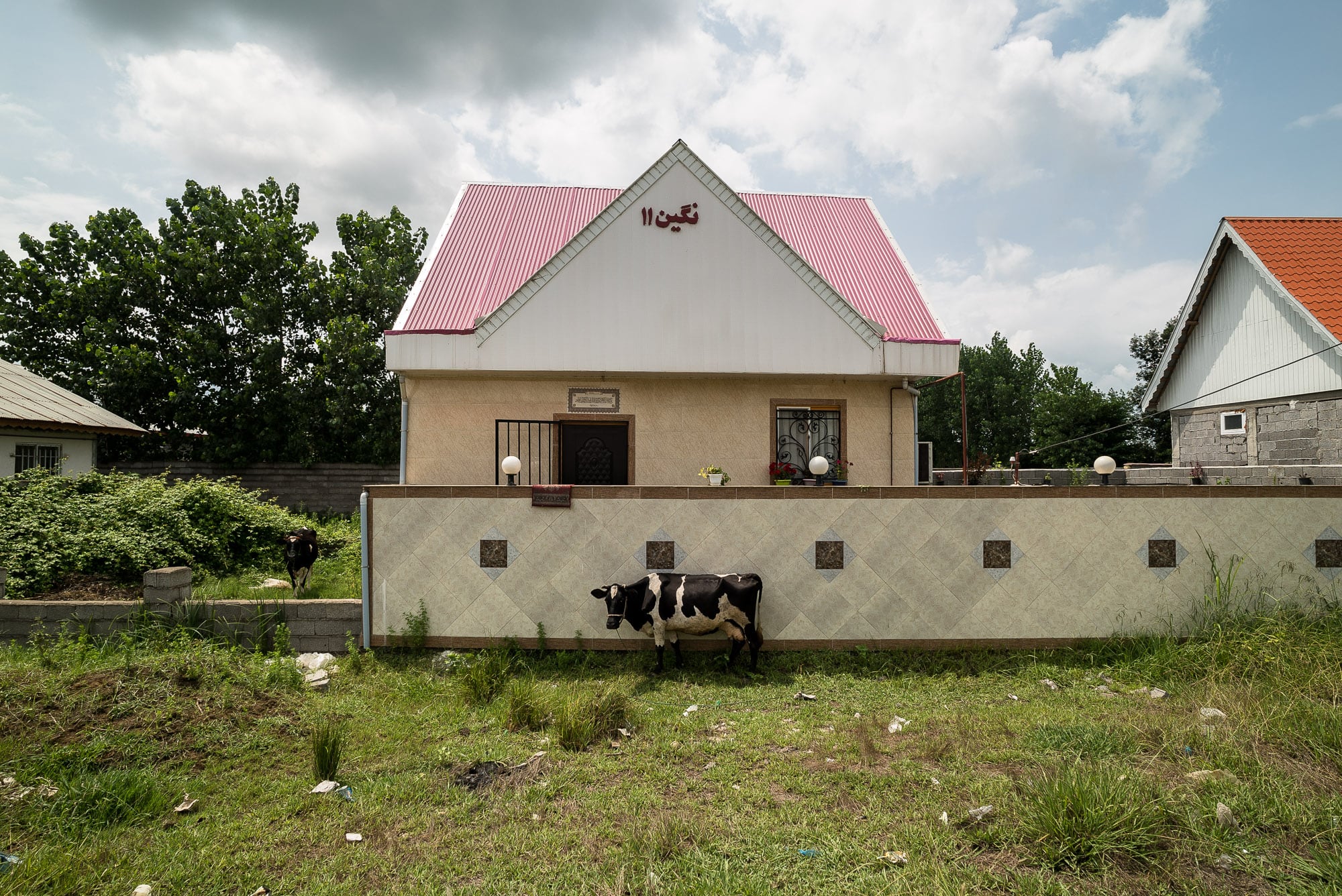 And past the cows: 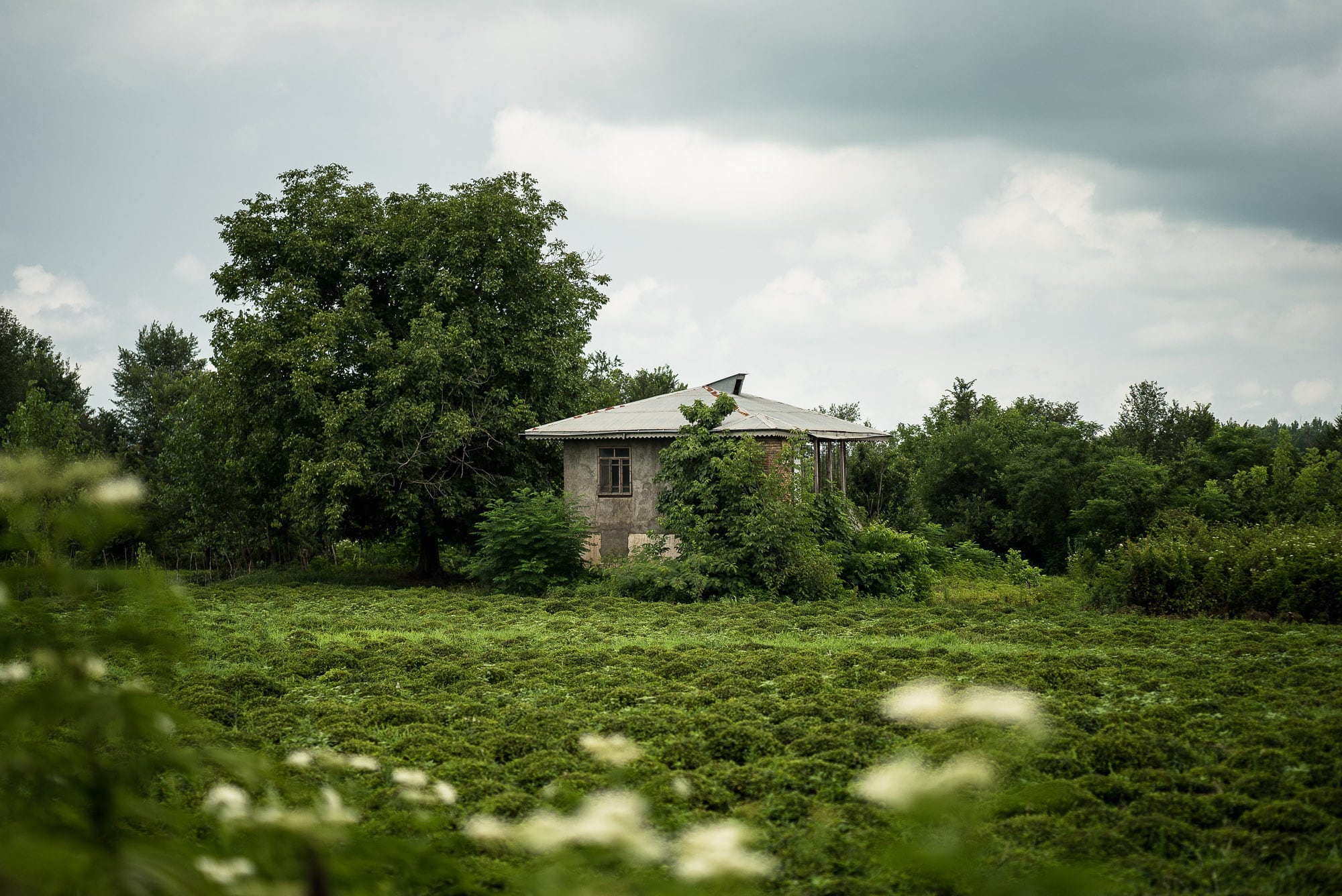 Past a barber shop that said BE AWESOME GROW A BEARD on the door: 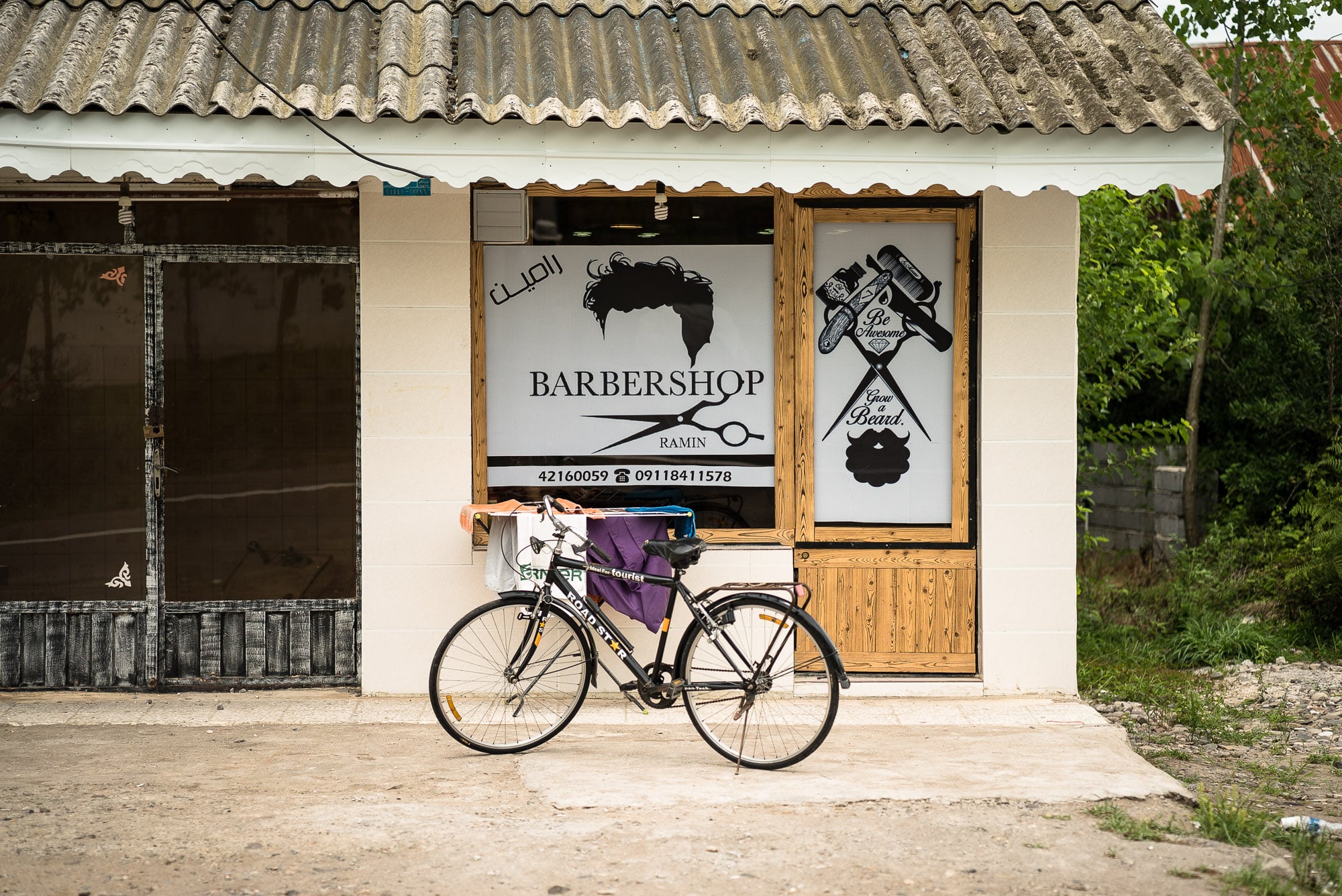 And then, when I had regained my composure, I reached this little shrine: 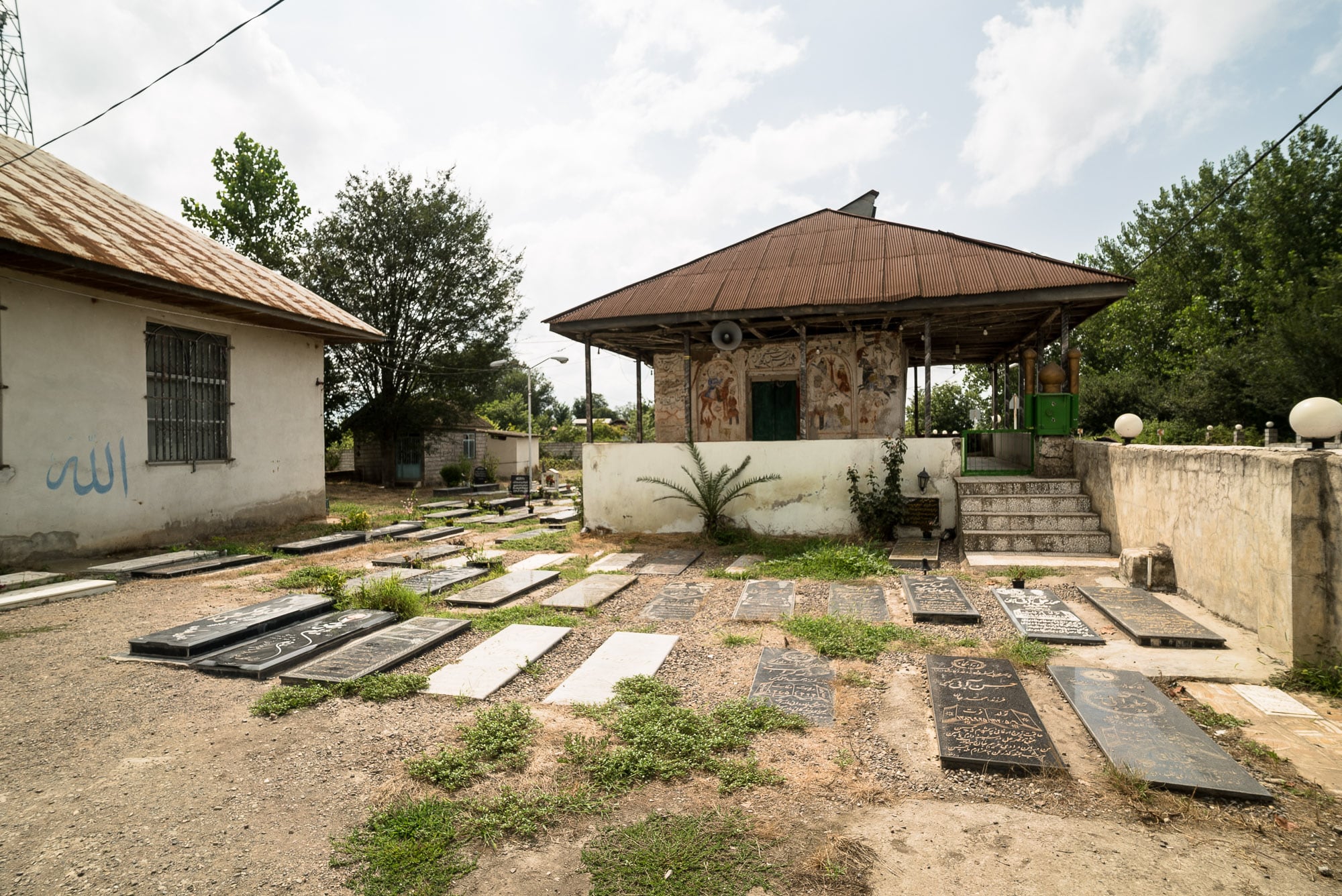 And what an awesome shrine it was! 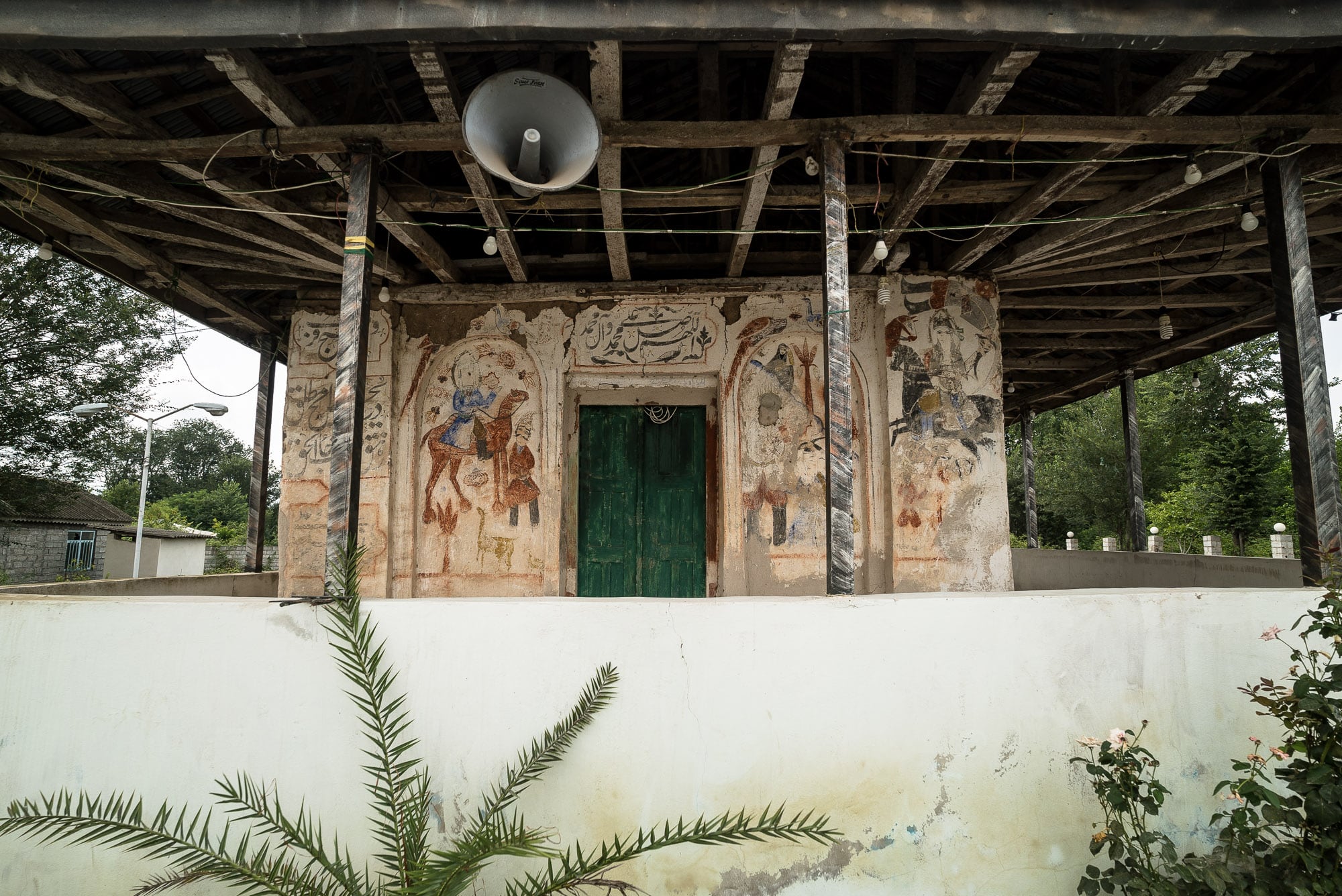 There were murals on the walls: 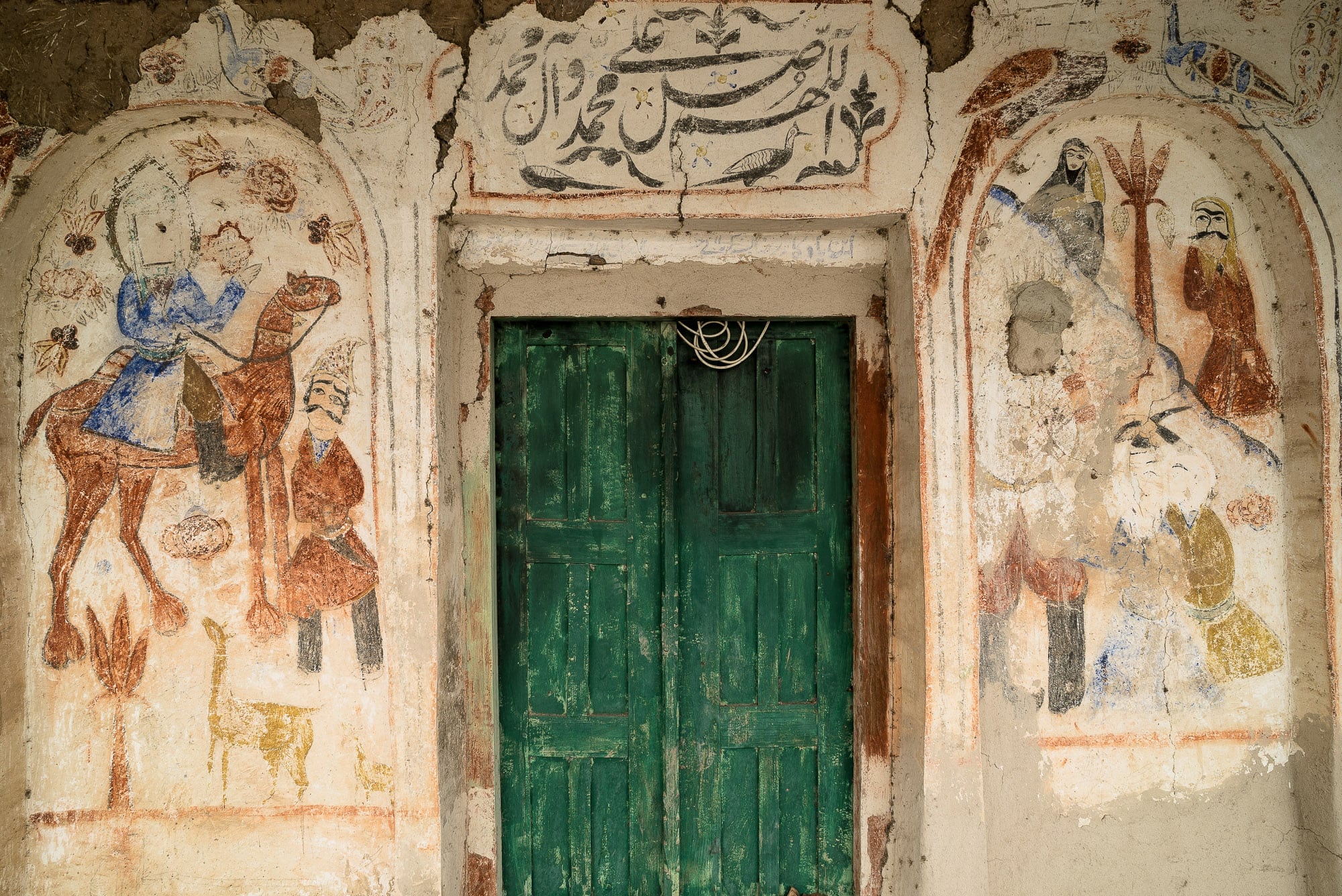 And murals inside, too: 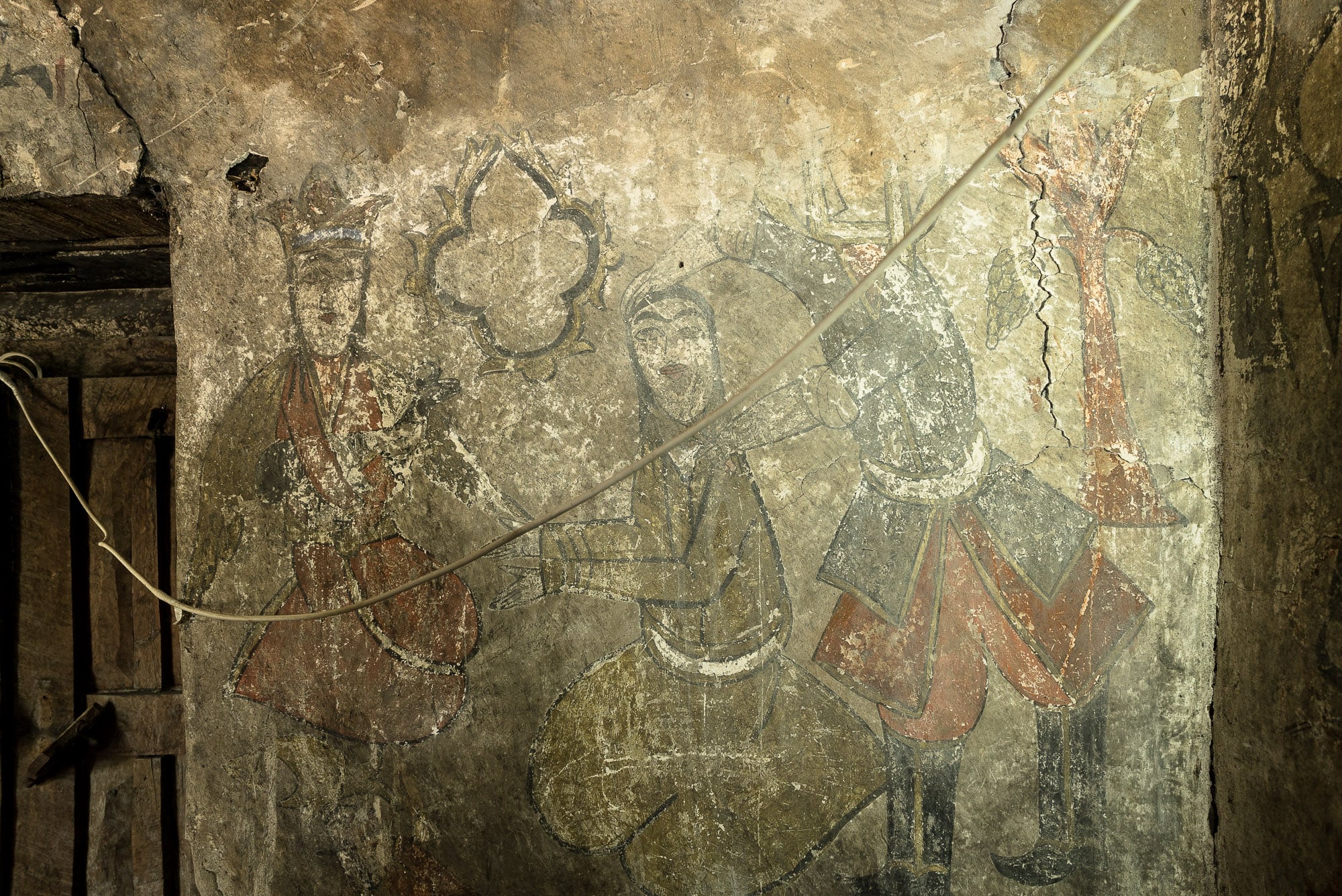 I particularly liked this bird: 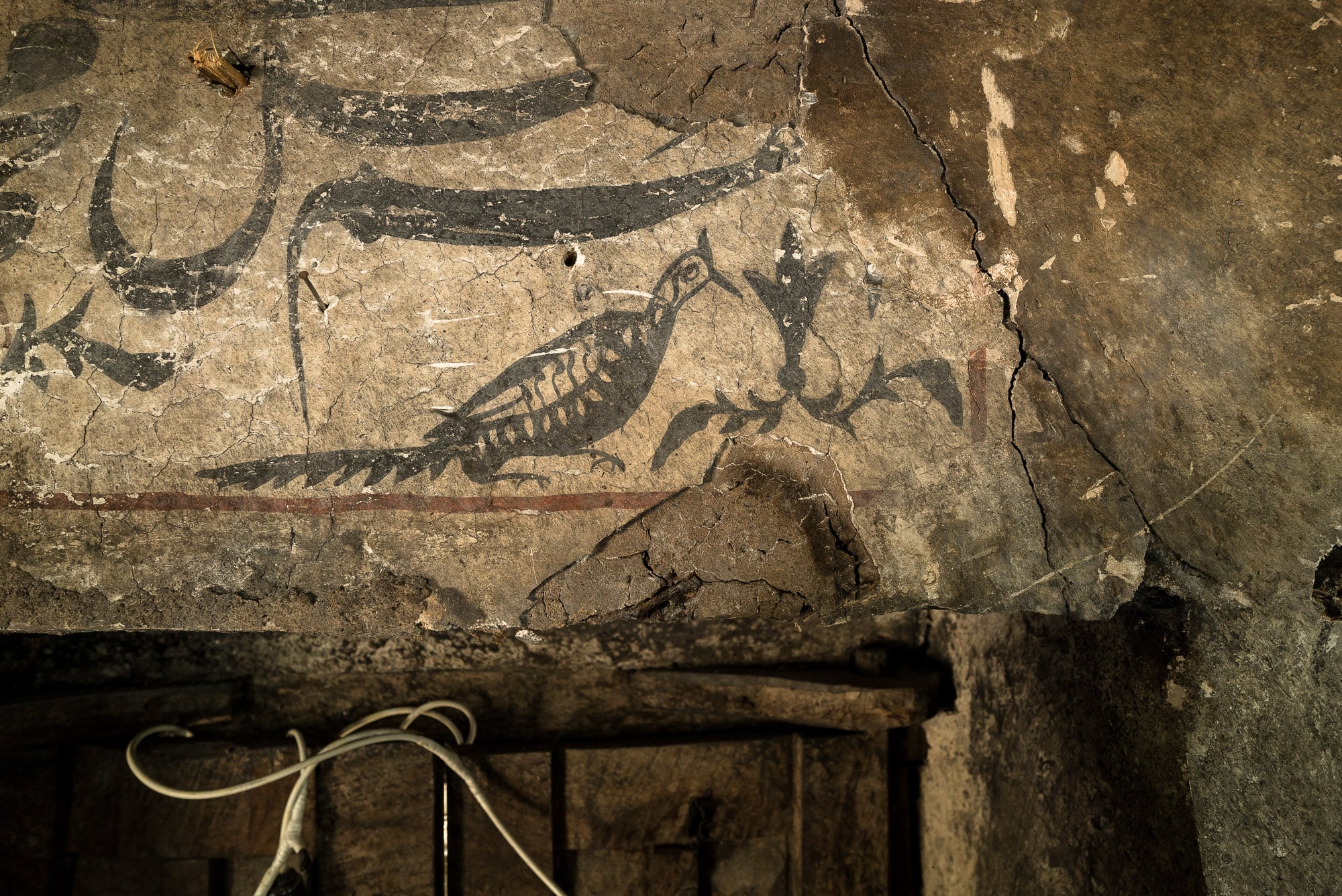 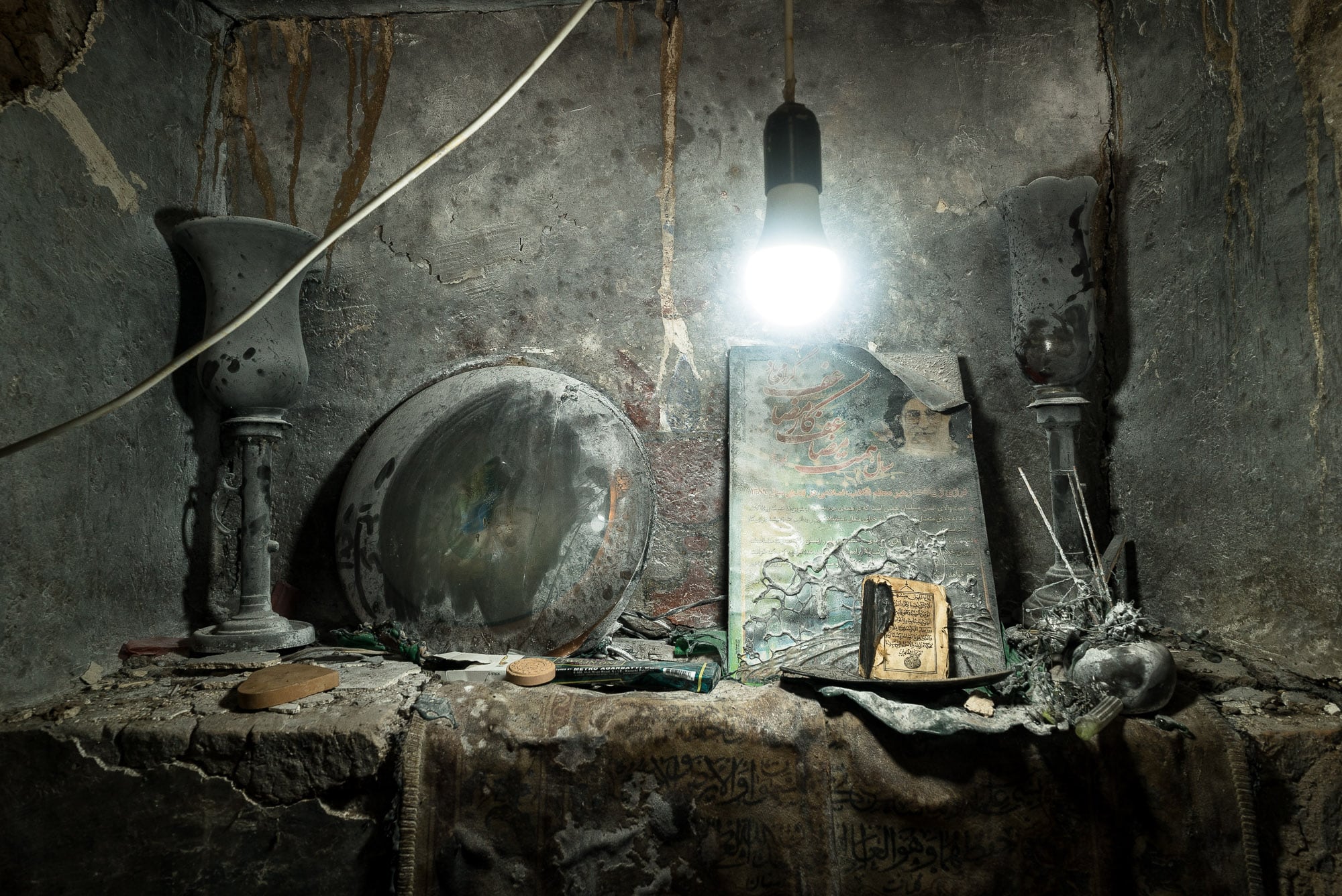 The shrine itself seemed to be active, because it was clean and someone had strewn rose pedals on top of it: 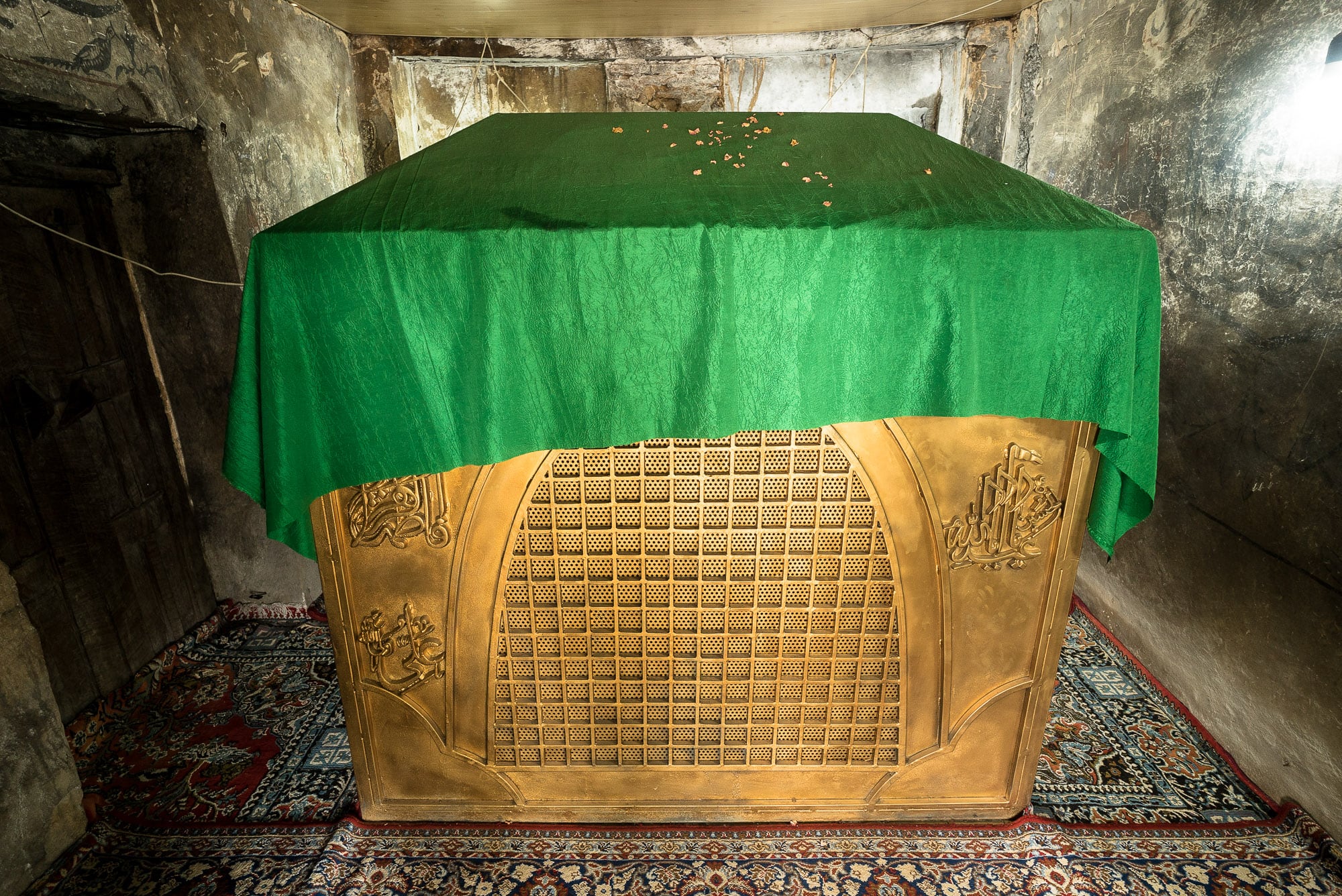 I went into a picture taking frenzy: 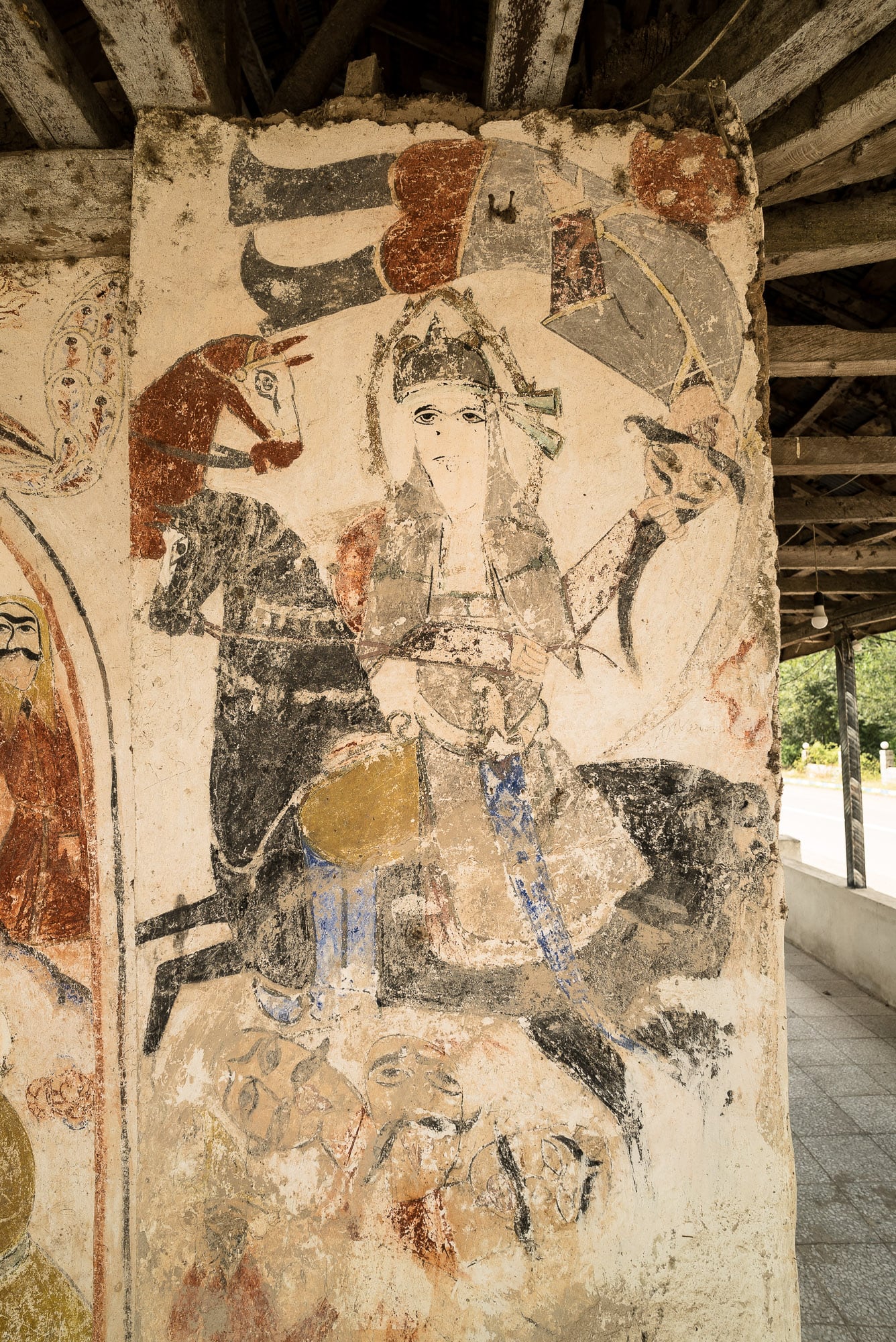 This person without a face but with a halo seemed to be Muhammad: 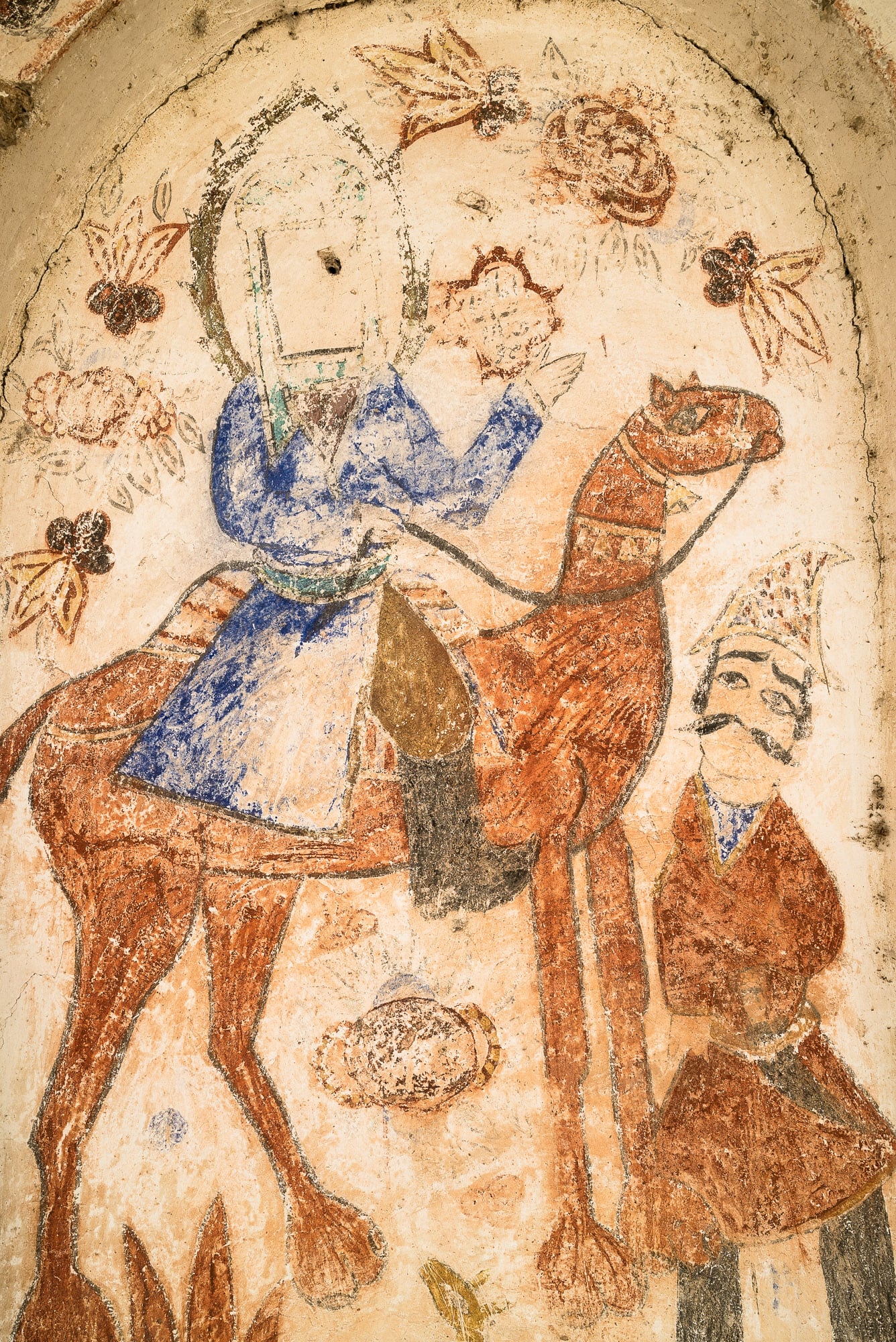 But I wasn’t sure: 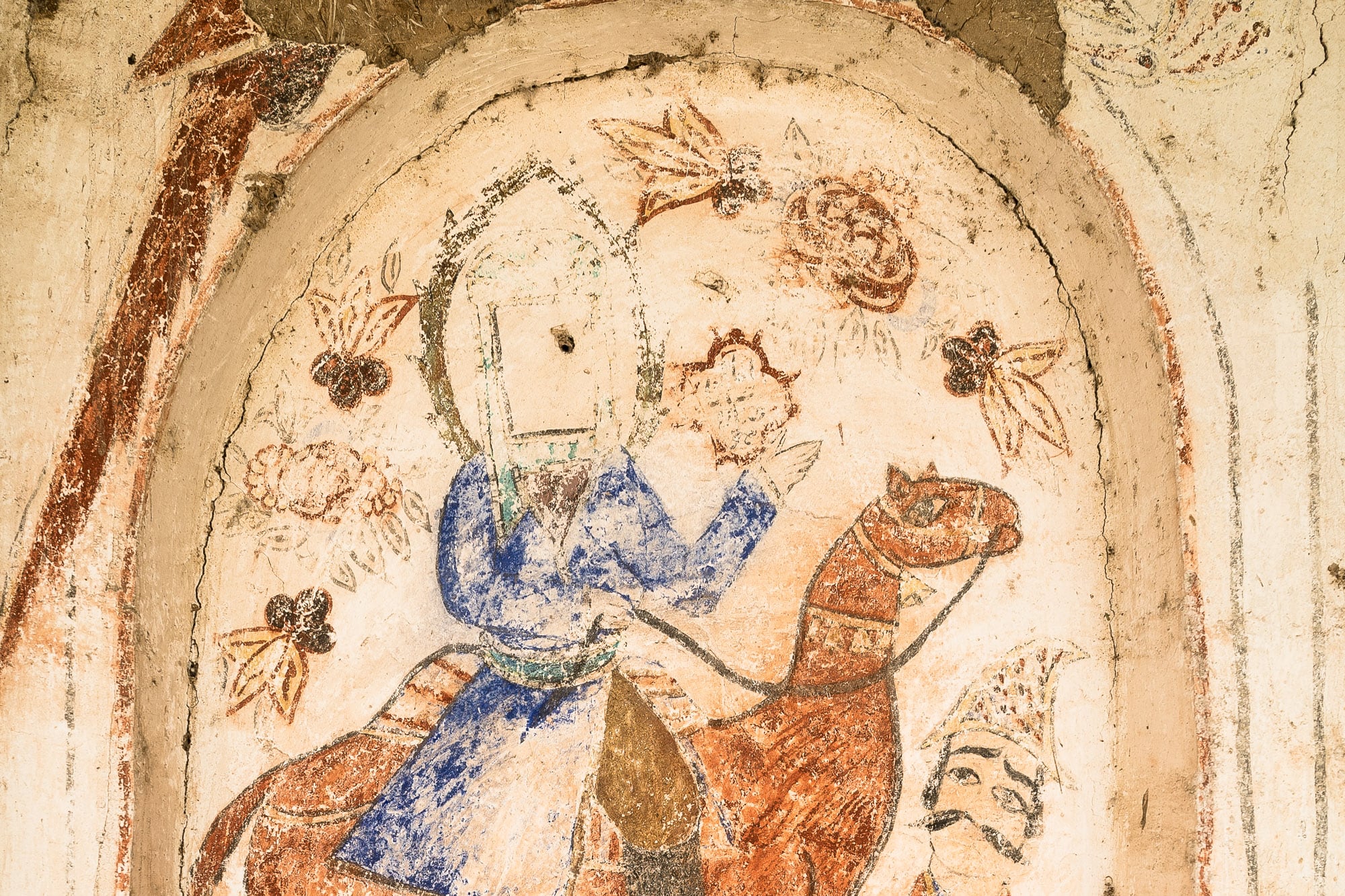 And I had no idea who this woman and this man were, either: 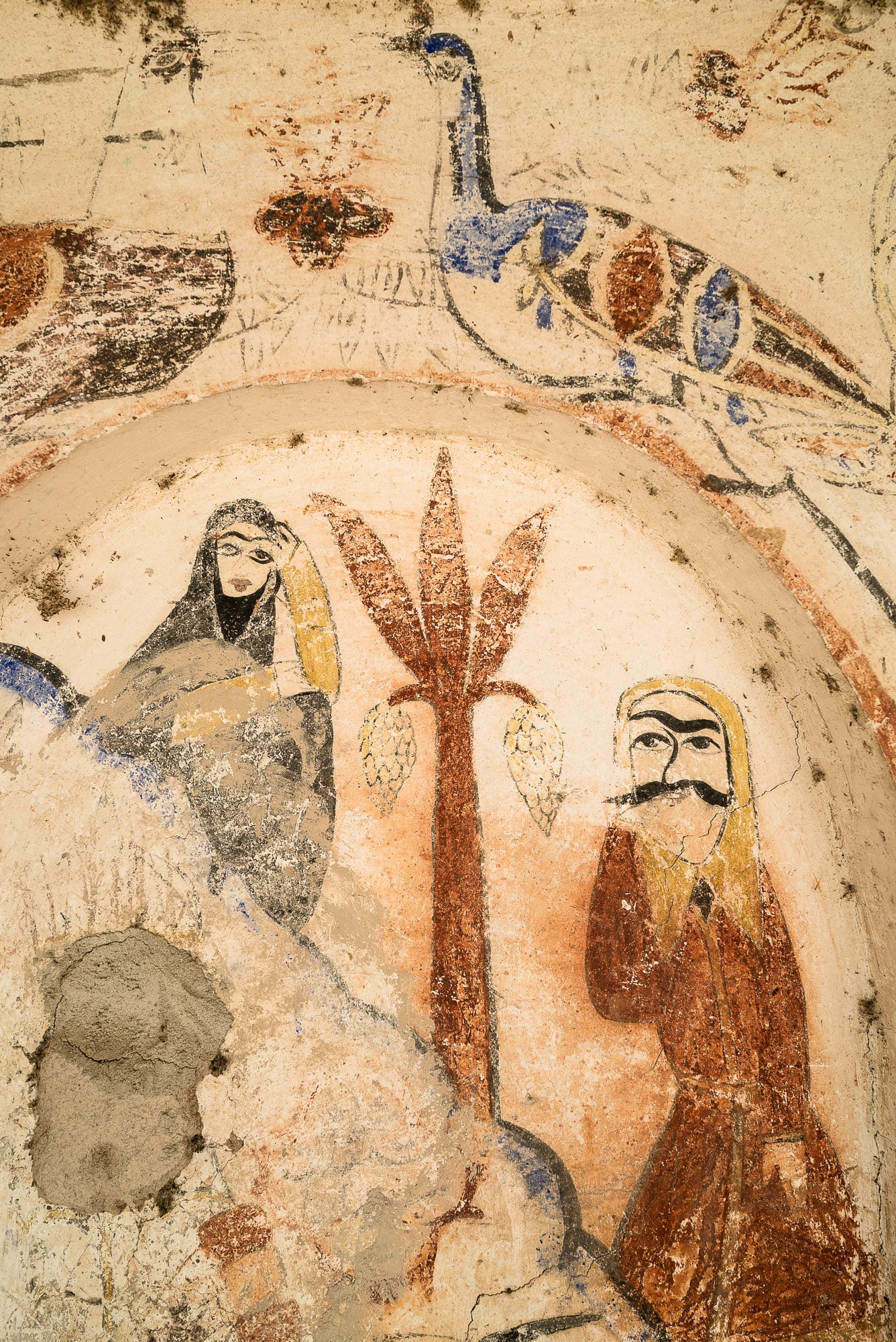 But one thing was clear – this was my favorite shrine, ever. To me, it was more interesting and more precious than all the big and shiny shrines I had seen before. There seemed to be a certain rebelliousness to it that I really enjoyed. The murals. The loneliness. The birds!

It was a bit difficult to let go of this place, but I had to. So I eventually walked onwards, and I crossed a river: 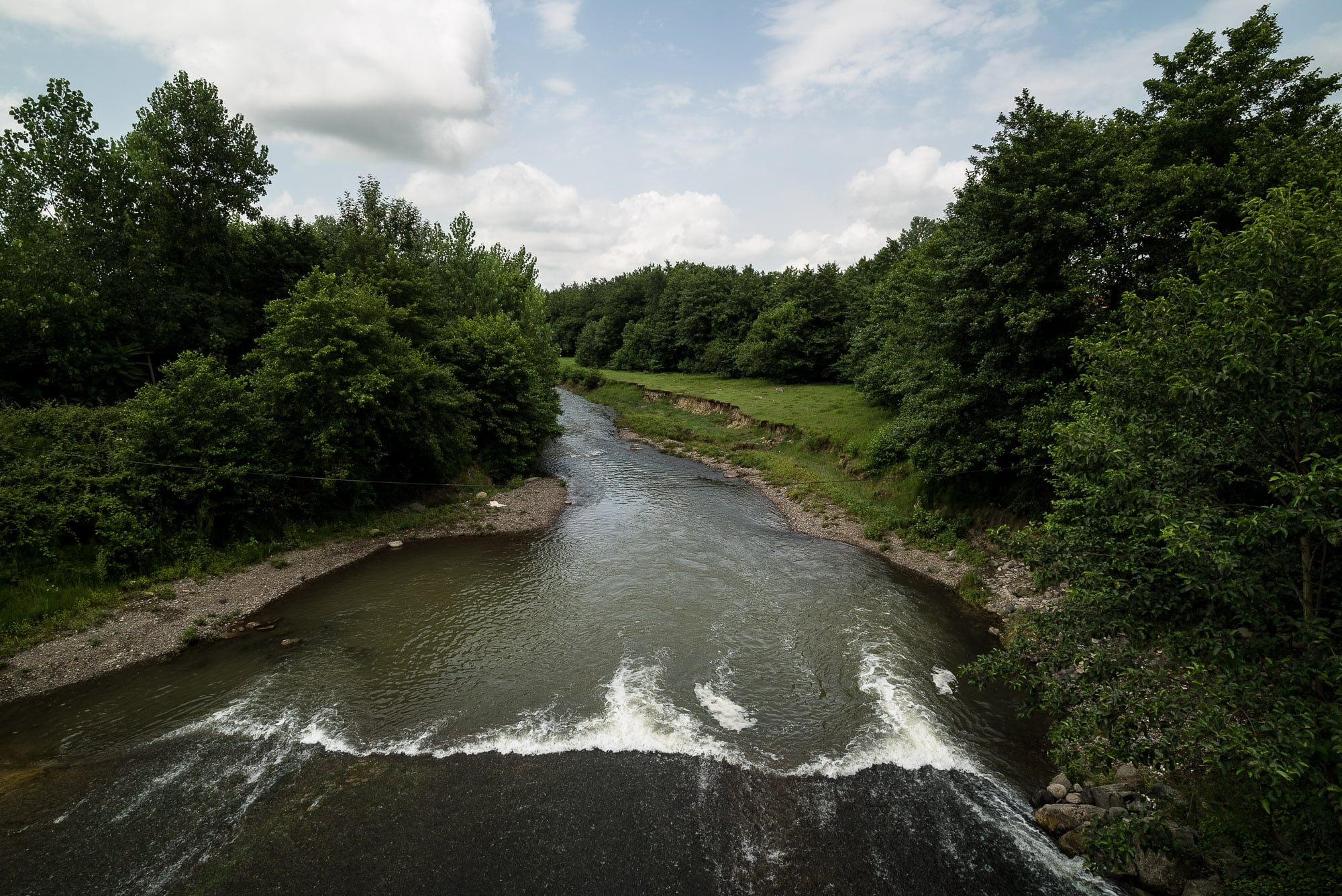 Had some tea in the shade of a tree: 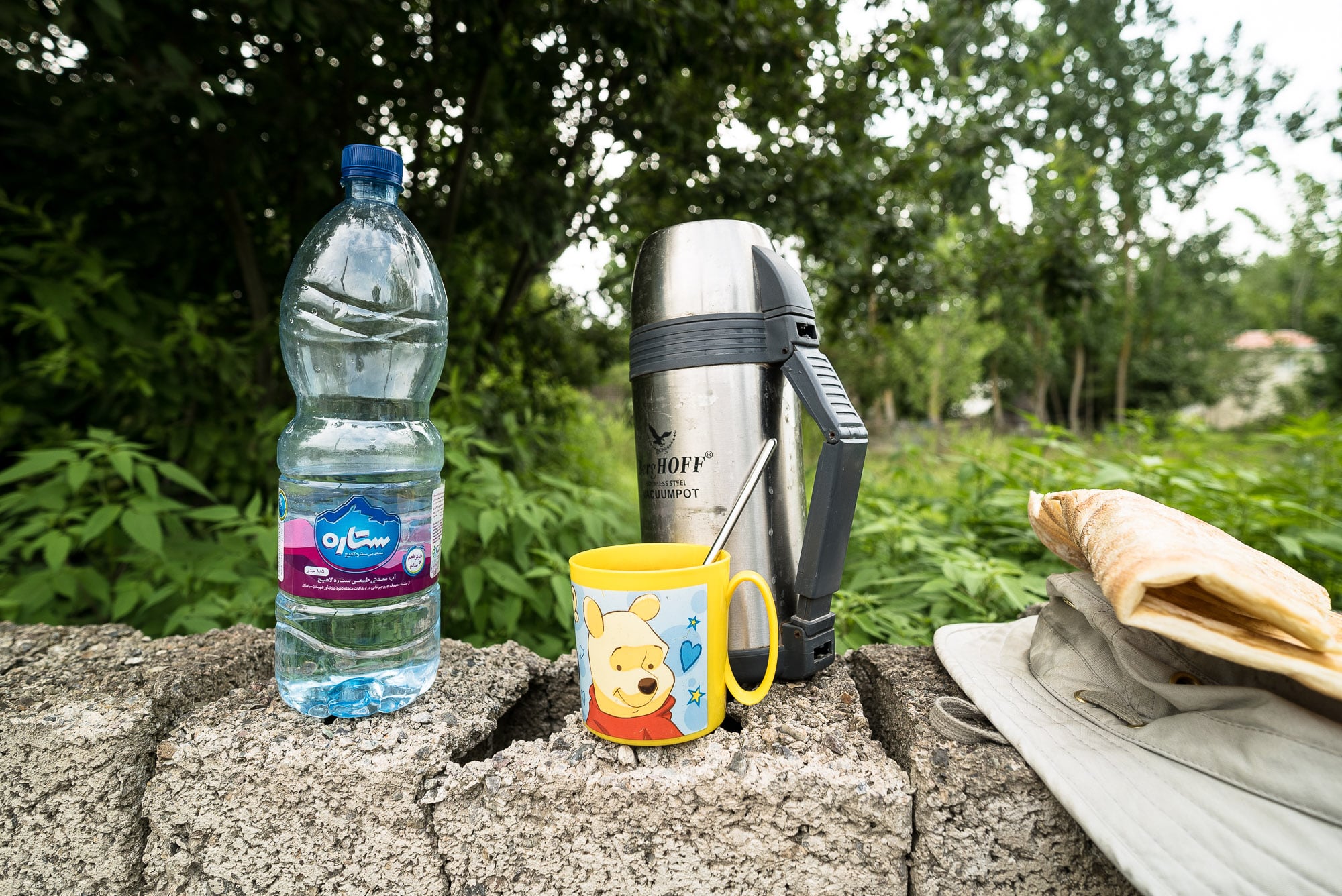 And then I walked on this gravel road for a while: 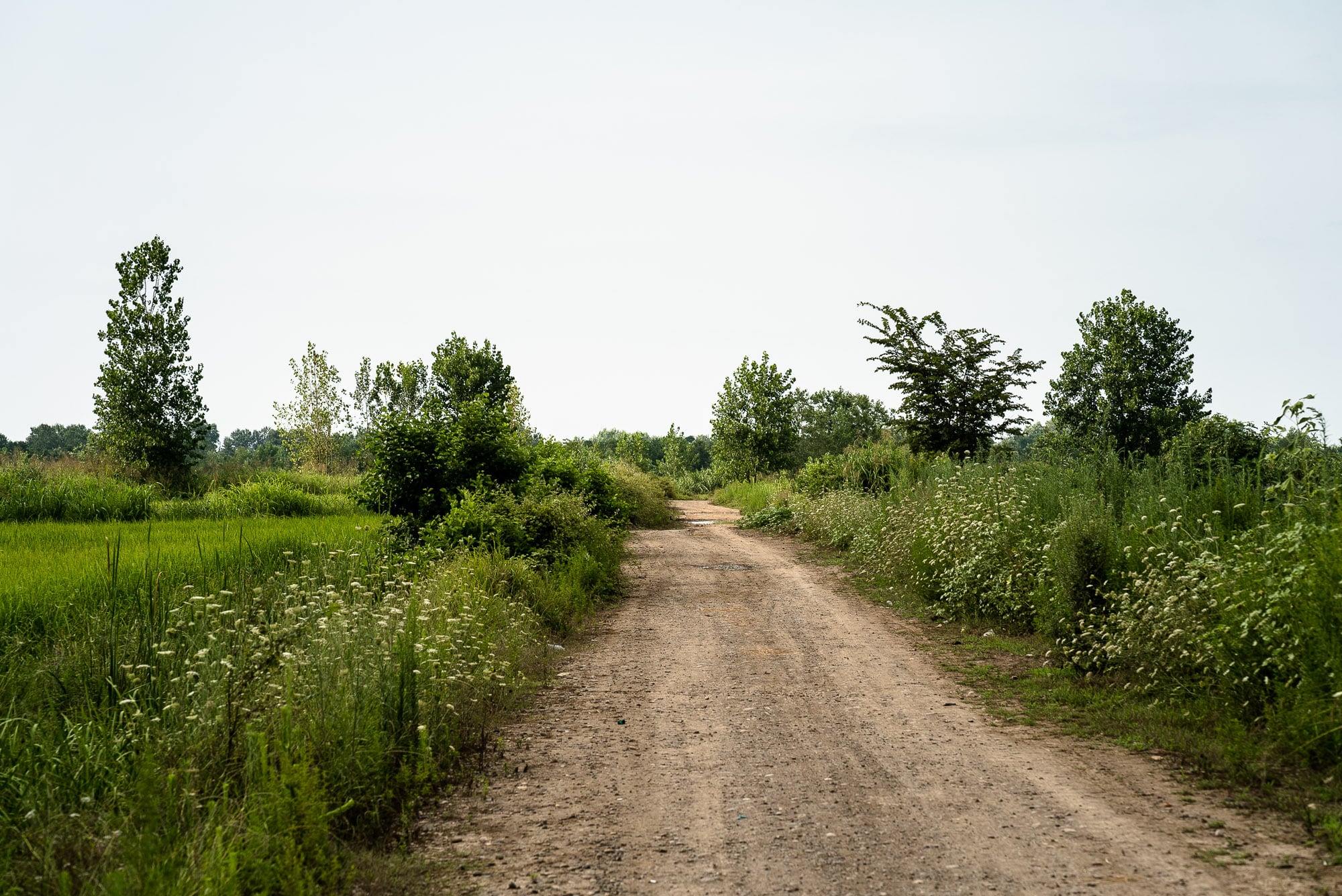 Until I reached a bridge that reminded me of Munich in Germany: 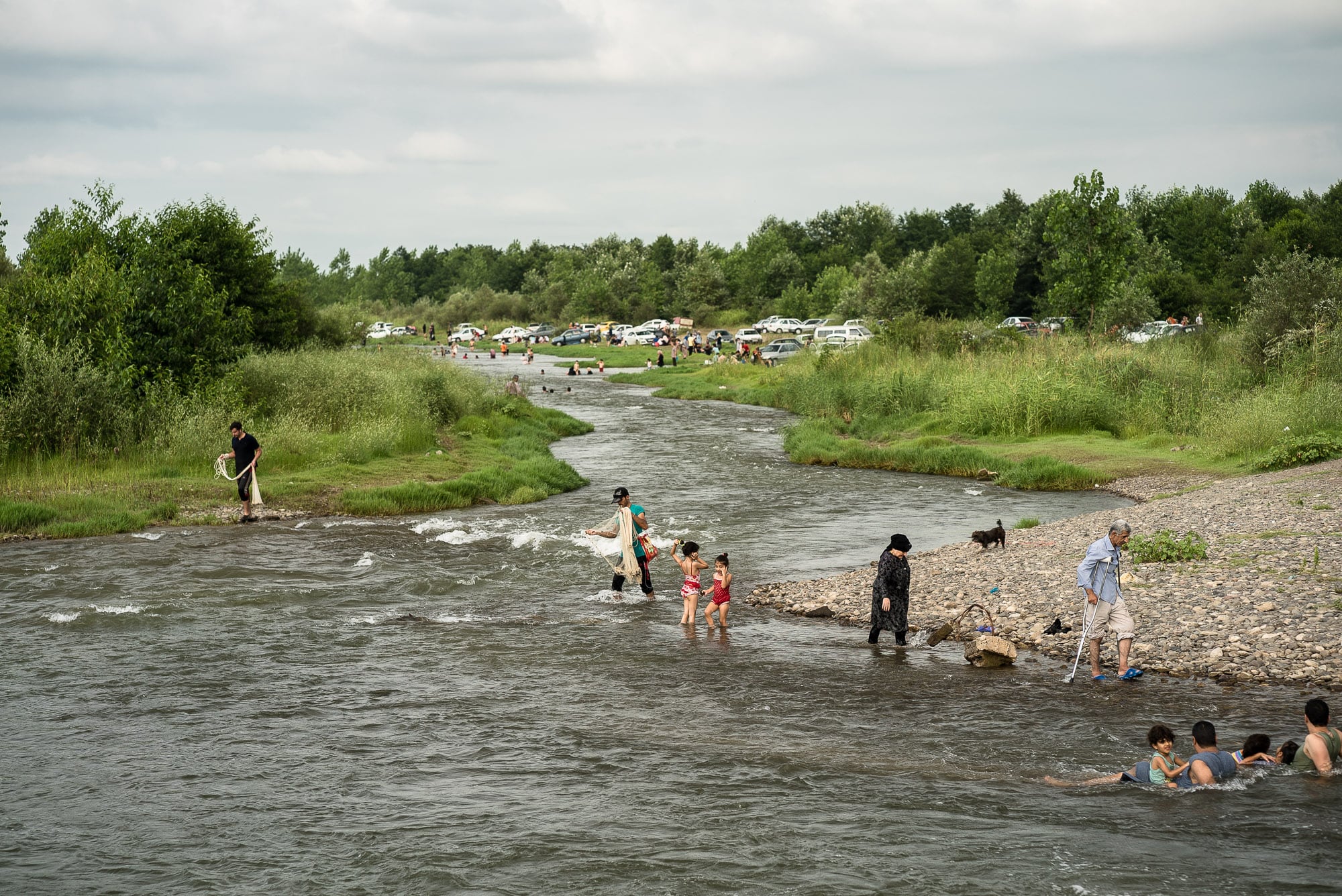 It was just like the Flaucher – people had come to play in the water, to make barbecue, and some were fishing: 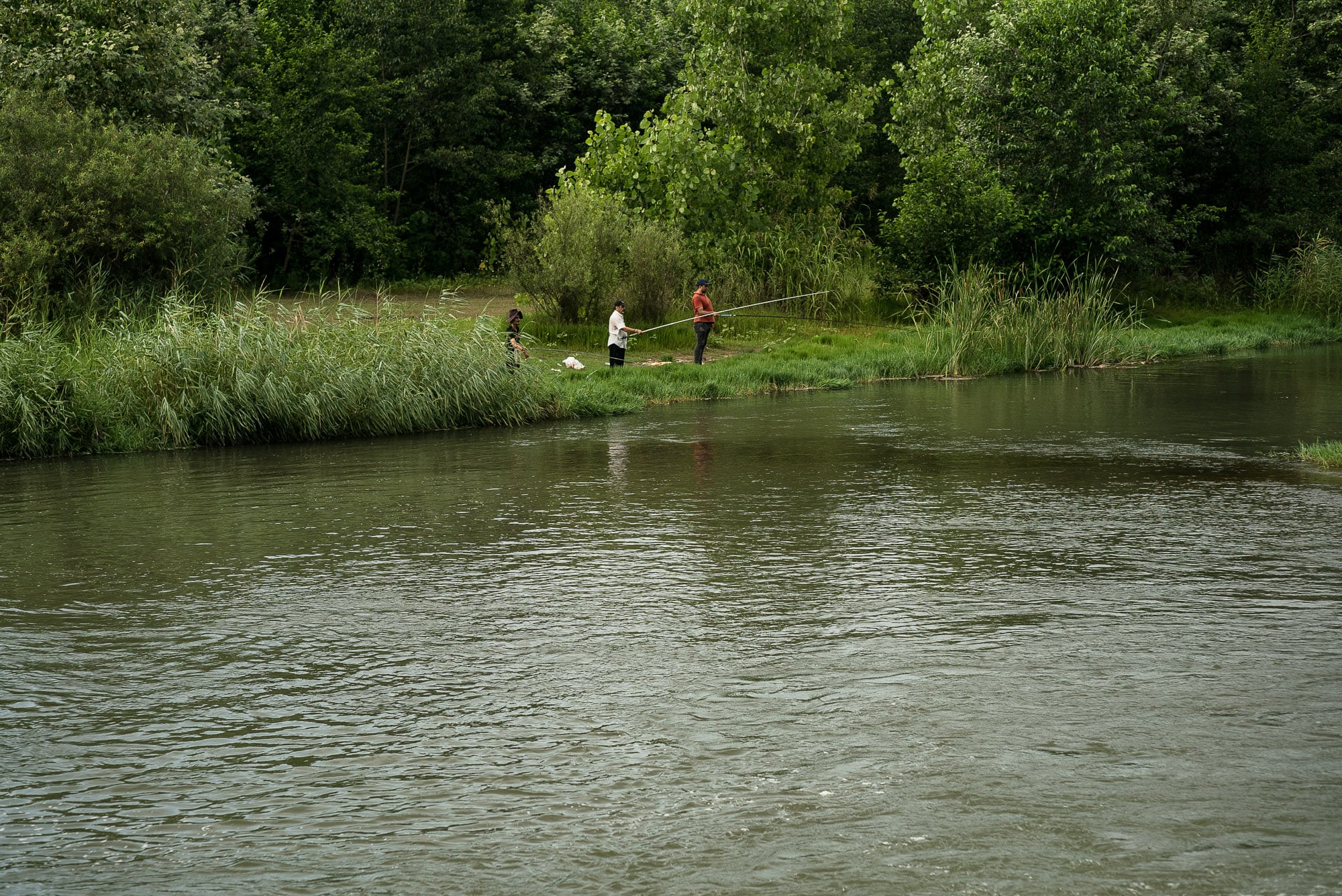 This gentlemen told me that there were many fish in the river: 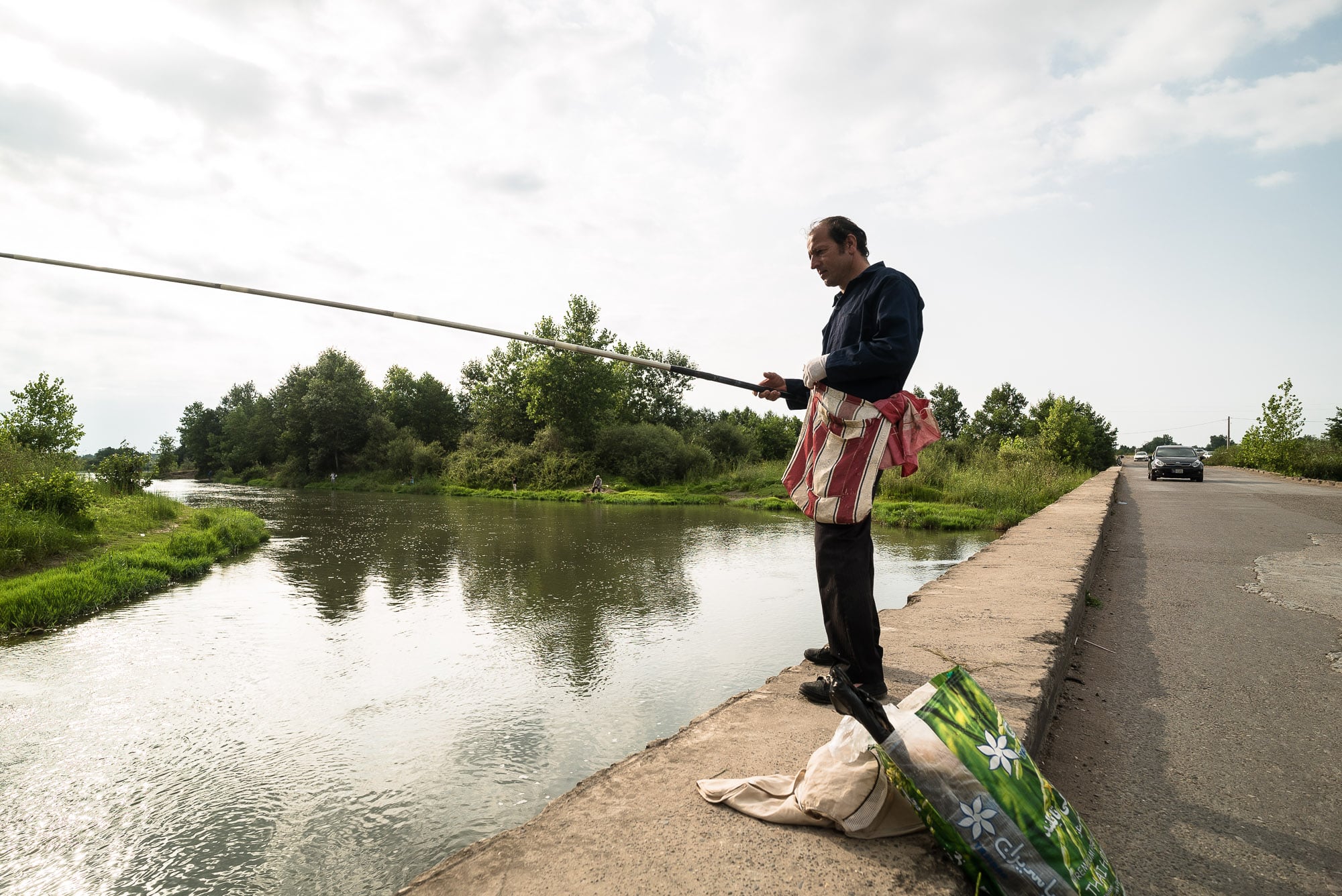 And I was inclined to just pitch my tent there and stay the night in a quiet spot next to the river, but my weather app was warning me of a rain storm that was about to happen during the night, so I pressed on: 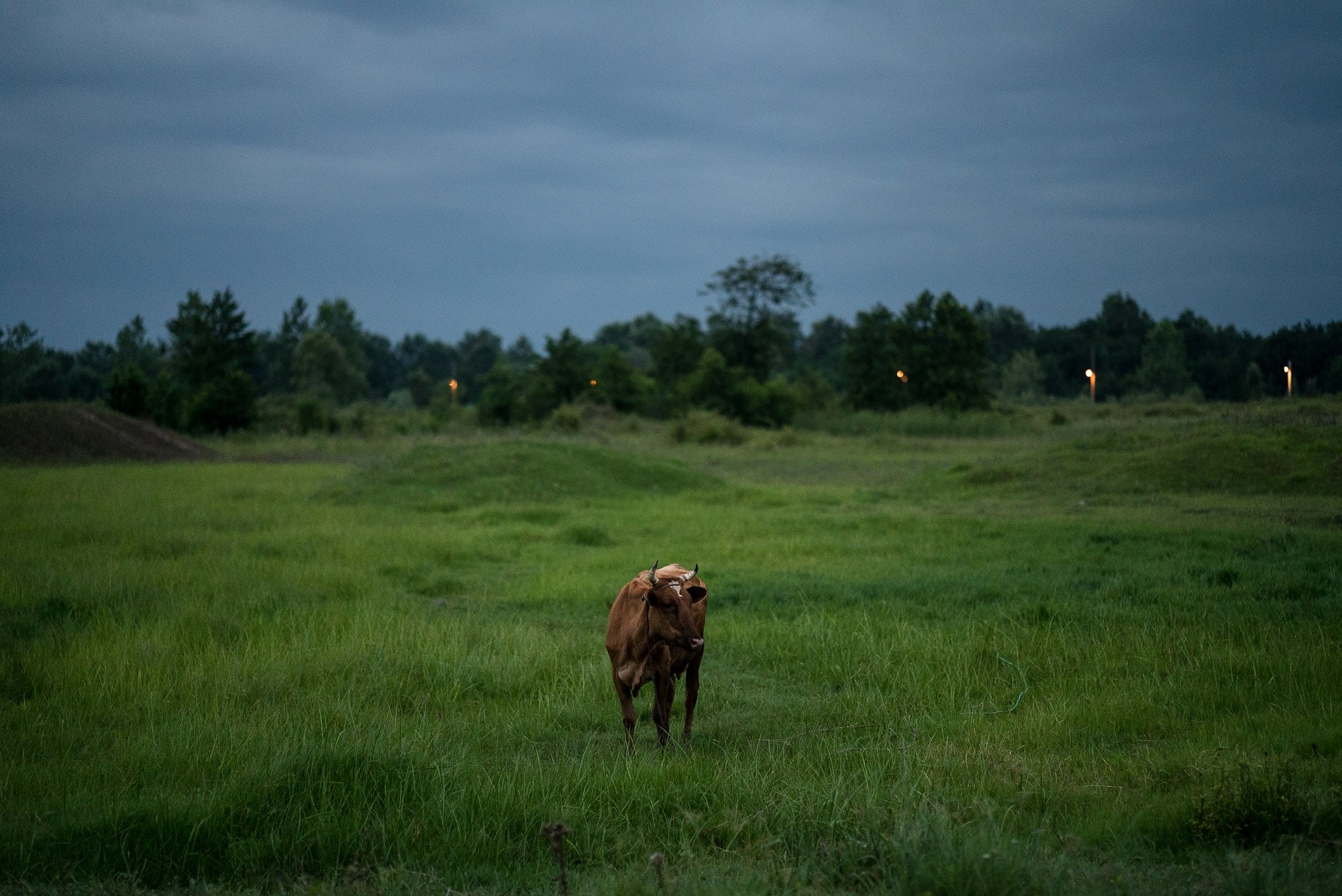 It was late at night when I reached the town of Kuchesfahan: 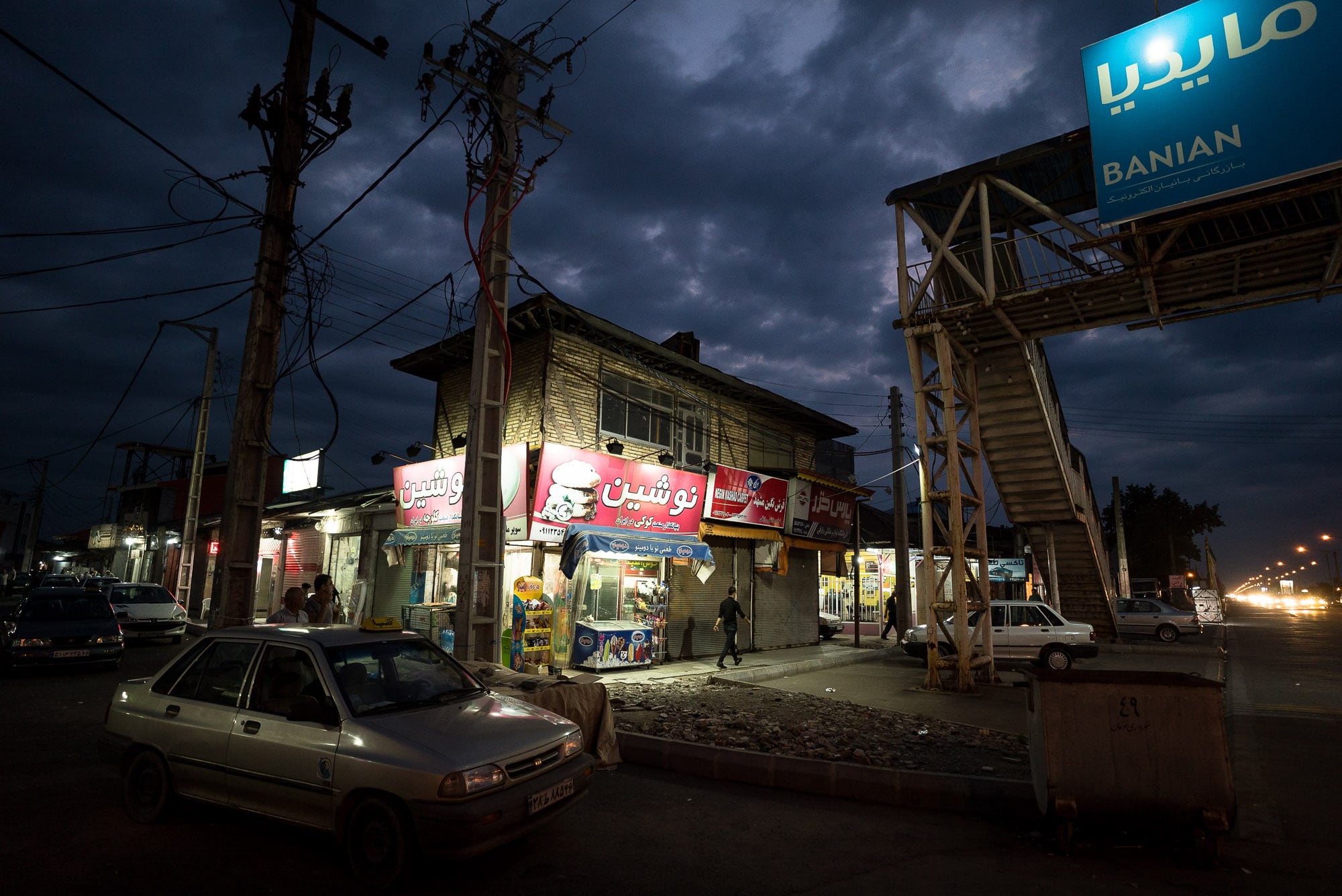 Day 1177
from Lahijan to Kuchesfahan