This post is about a 35km walk from Corlu to Büyükkaristiran. I come through industrial wastelands that remind me of China at its worst.

The first thing I noticed was a security camera next to some trees. Then I saw the fence and the signs that said it was a military area. A few minutes later I walked past a tank that sat between some bushes like an art installation. It only got worse after that.

The whole region was one giant industrial zone. Concrete, clothes, curtains, toys, packaging, shoes, food – it was just factory after factory, with wave after wave of cars and trucks roaring by on the highway between them. The air smelled of coal and exhaust. It all reminded me of some of the more polluted places I had seen on my way through China.

And then I saw The Steam.

when it gets bad

It rose up from an opening near the side of the road. When I went closer, I saw that there was a pipe gushing some sort of dark purple liquid into what looked like a natural river. The Steam rose up from the liquid, and bubbles were forming on the surface of the water. There was a nauseating smell in the air. I looked around. The cars and the trucks kept rushing by. This was almost as bad as the worst I had ever seen in China.

I took a few pictures and some videos, then I walked on, wanting to get as far away as possible. This was when I ran into a man who was walking next to the highway. I pointed to The Steam behind me, and I made a face that was supposed to say: What. The. Fuck. The man looked at me and shook his head, then he covered his mouth, coughed theatrically, and said one word: “Cancer.”

As I walked on, I thought about how The Steam hadn’t been very far from a massive Algida factory. This is an ice-cream brand that is owned by Unilever, and it has many different names in many different countries. In the UK it’s called Wall’s, in Spain it’s Frigo, and in Germany it’s Langnese.

I didn’t suspect Algida of being responsible for the pollution. But it felt odd to think that their products were being made in a place like that. Did people really want to have Cornettos and Magnums that had been born in such proximity to The Steam?

I walked on until I reached a small town that had a restaurant. I had two bowls of soup, some bread, and a pudding. Then I walked on. I had been avoiding to camp out as much as possible, with my medication not being allowed to freeze and hotels being generally affordable.

But this night I pitched my tent next to a gas station. I gave the thermos with my shots to the gas station attendants for them to keep it overnight. Then I curled up in my tent, trying to let the traffic noise soothe me to sleep.

I was far enough from The Steam, I told myself. I had only breathed in it for a few minutes. There were quality controls for ice-cream. It was going to be okay. 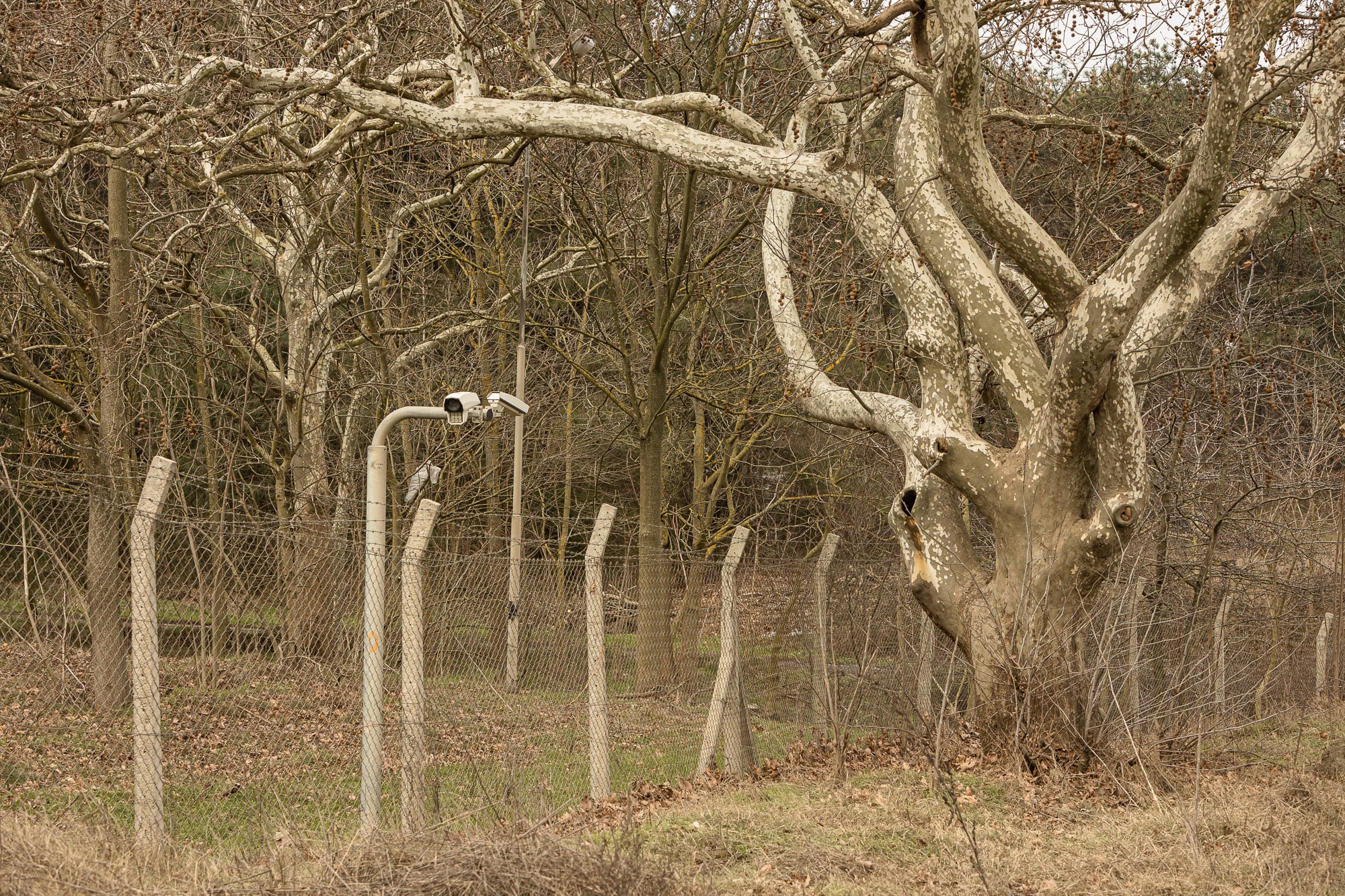 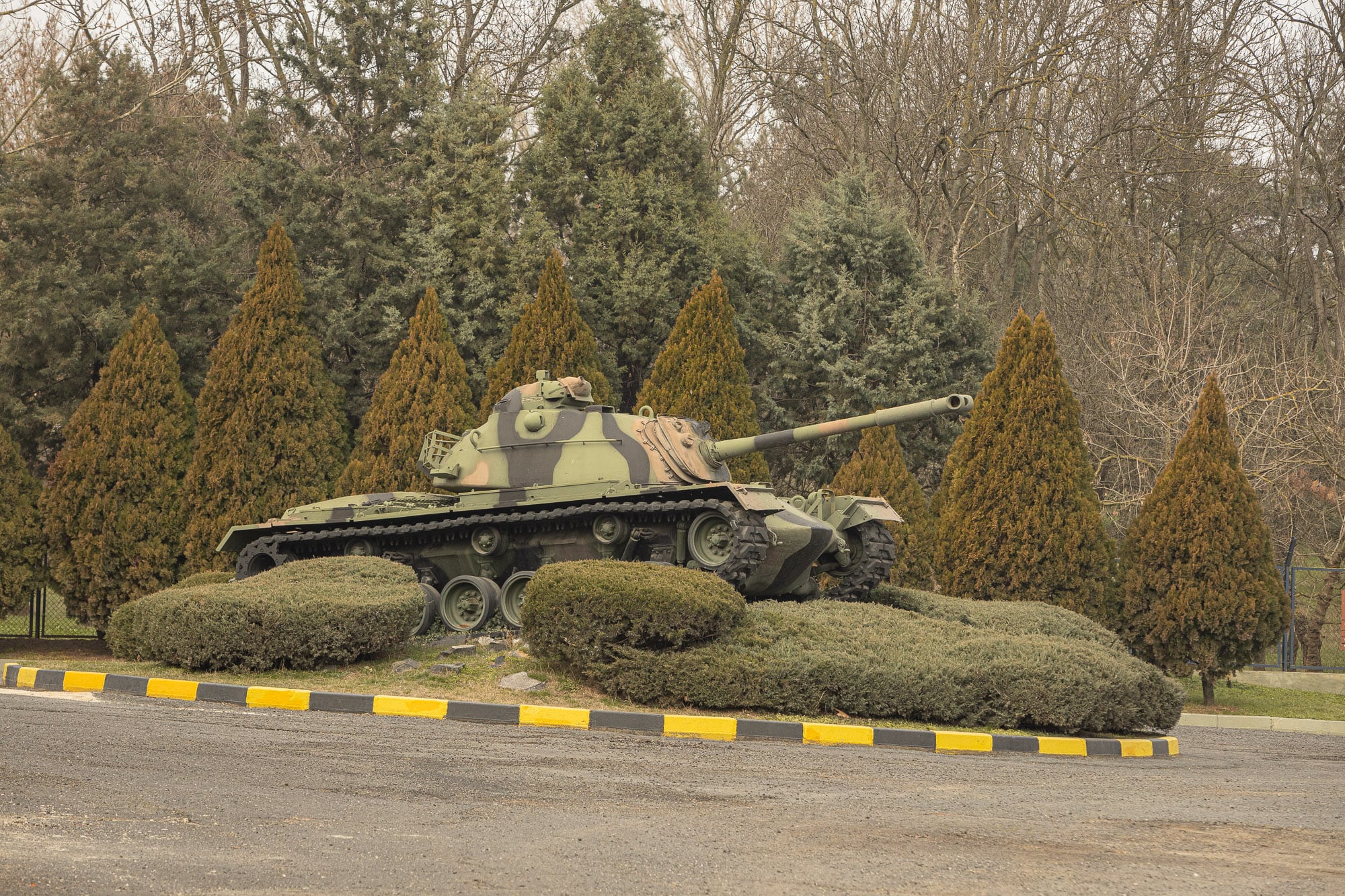 Heavy industry on the way from Corlu to Büyükkaristiran: 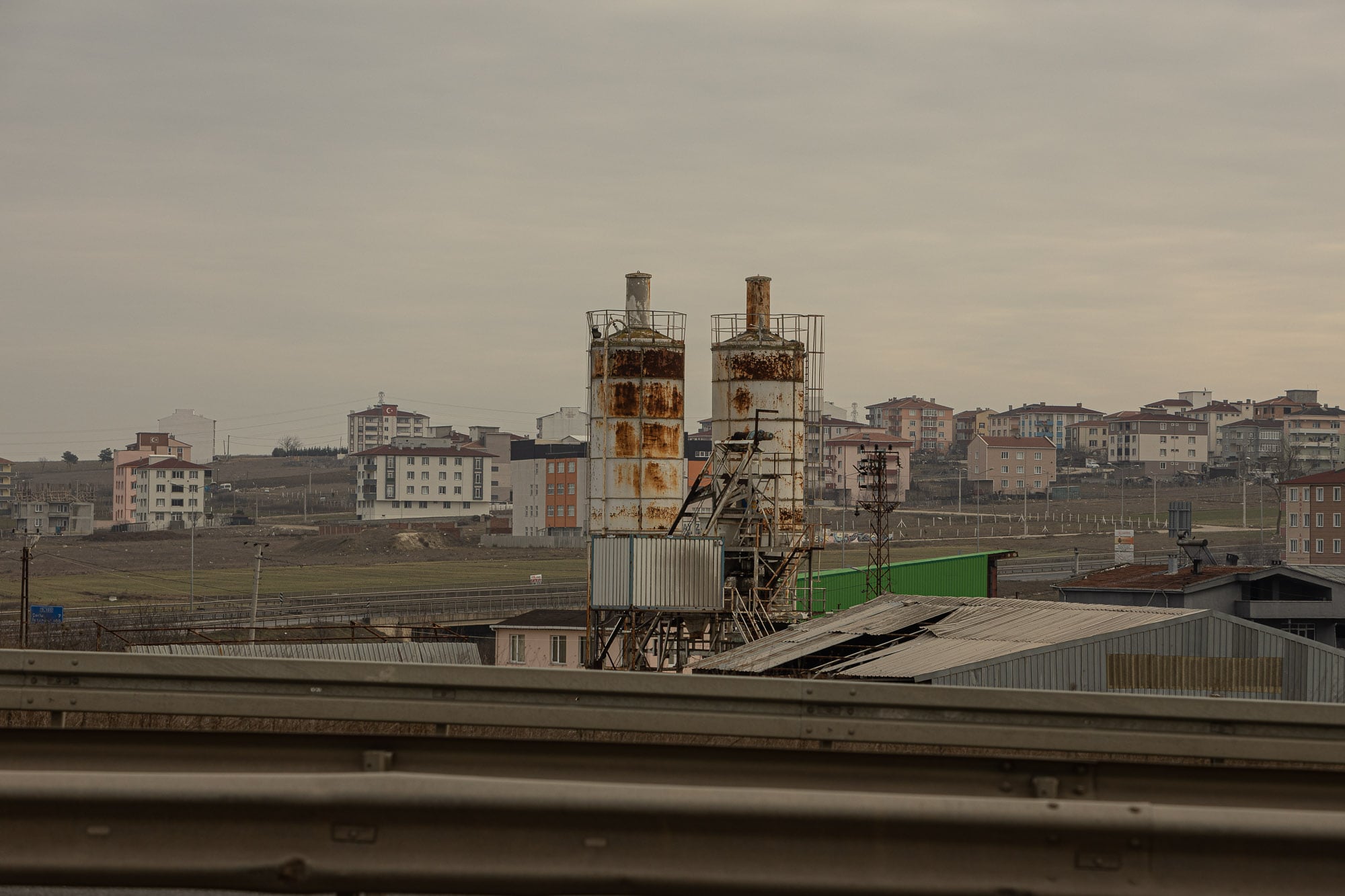 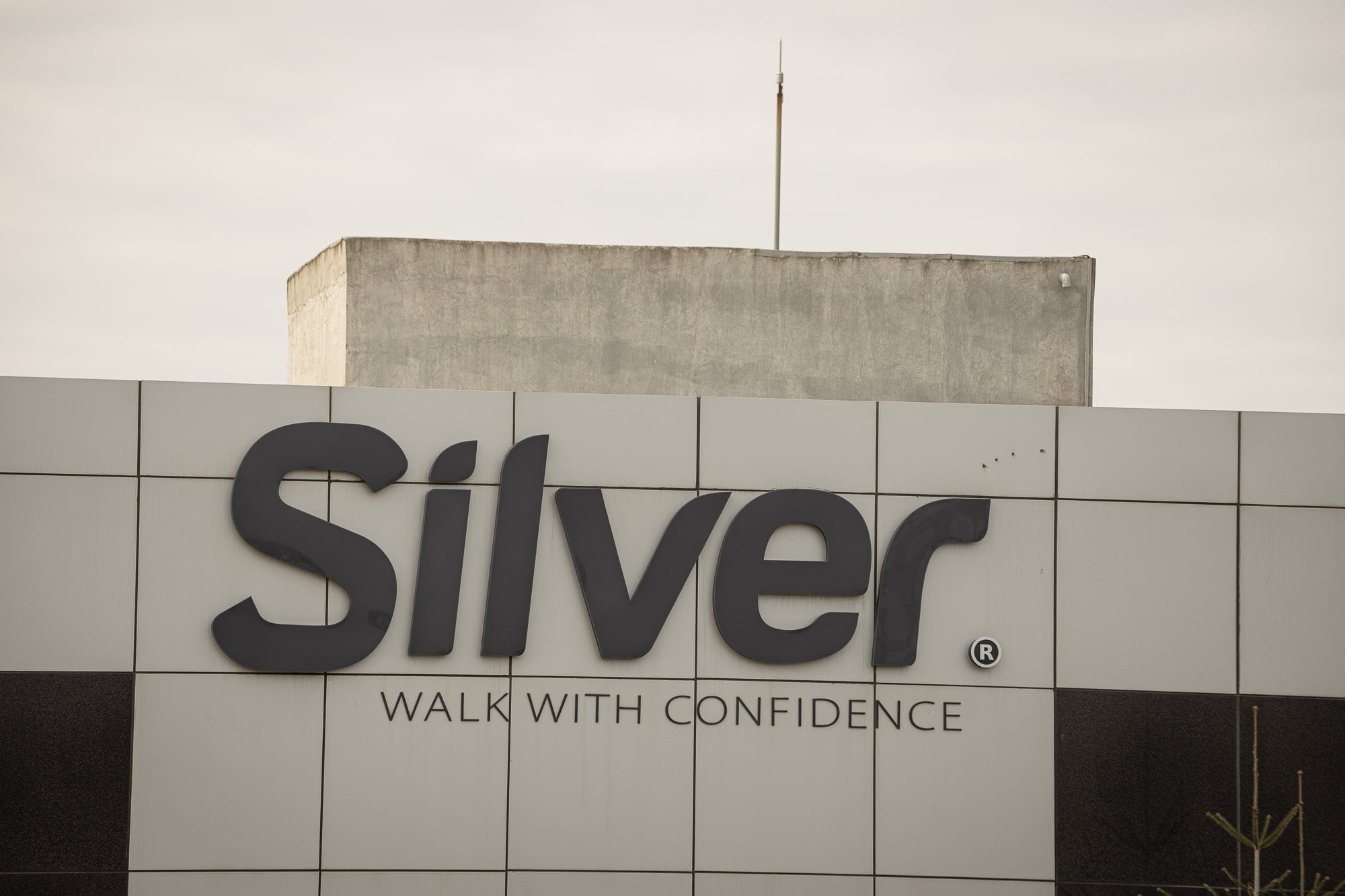 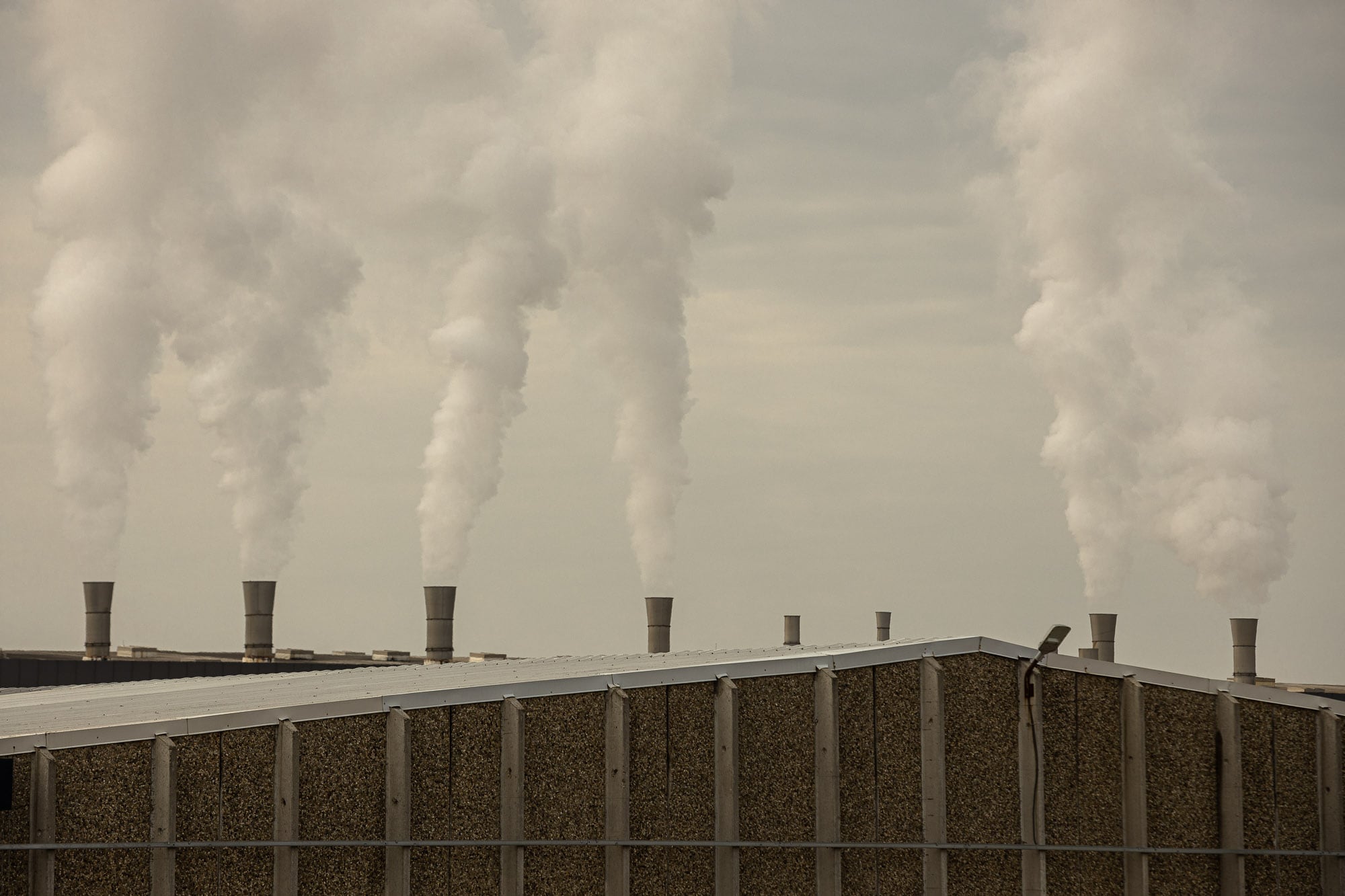 The road to walk from Corlu to Büyükkaristiran: 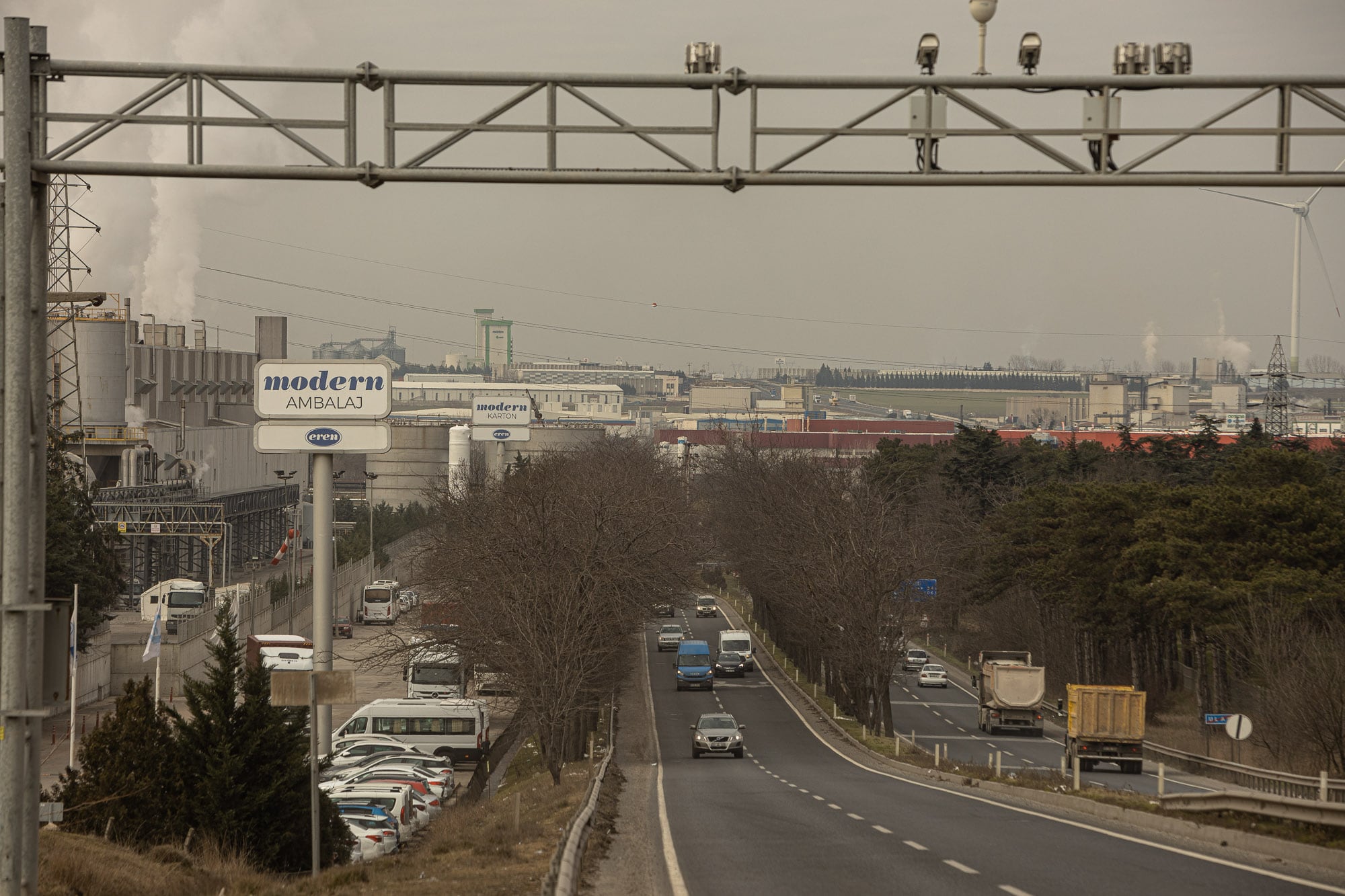 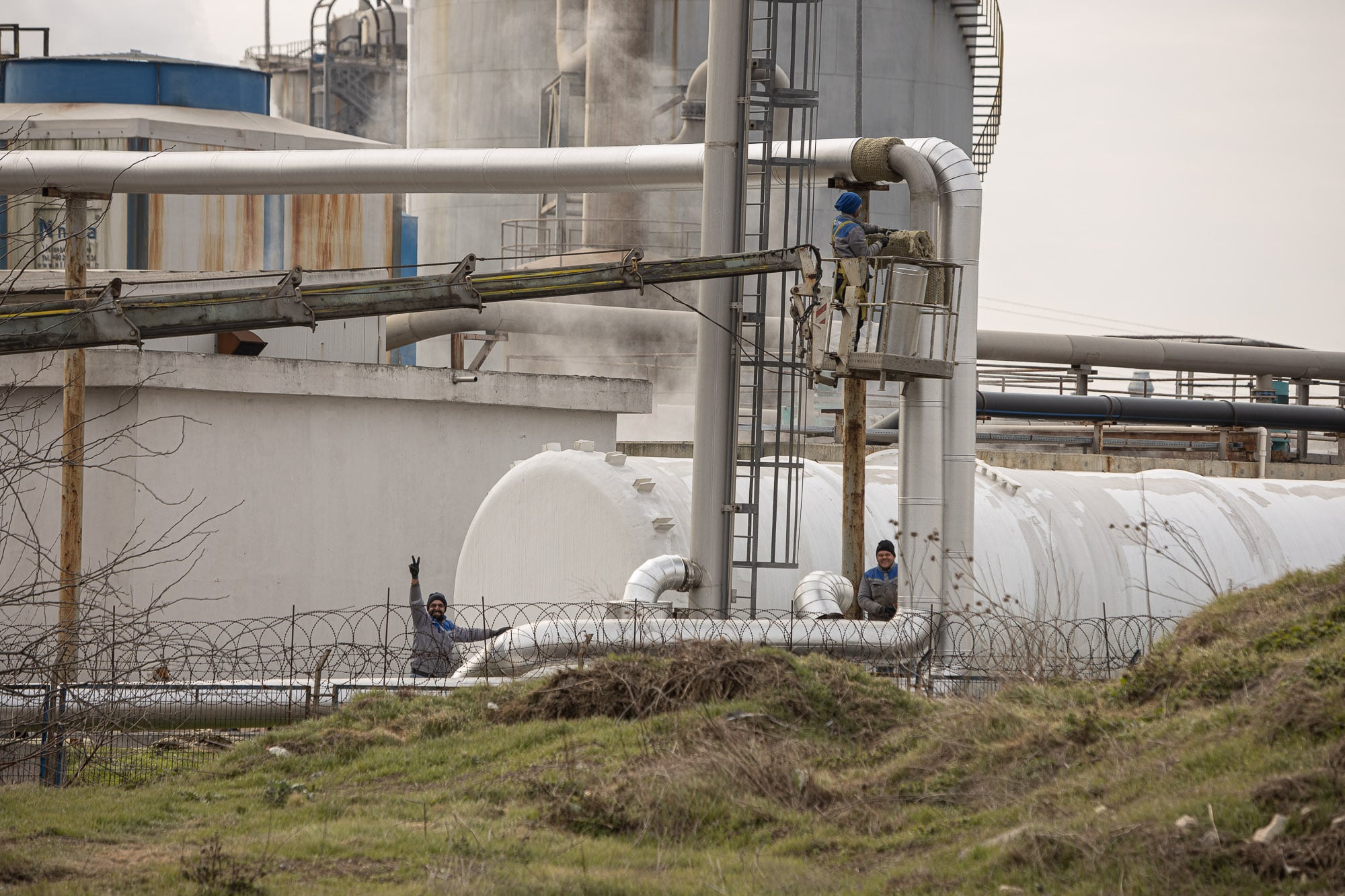 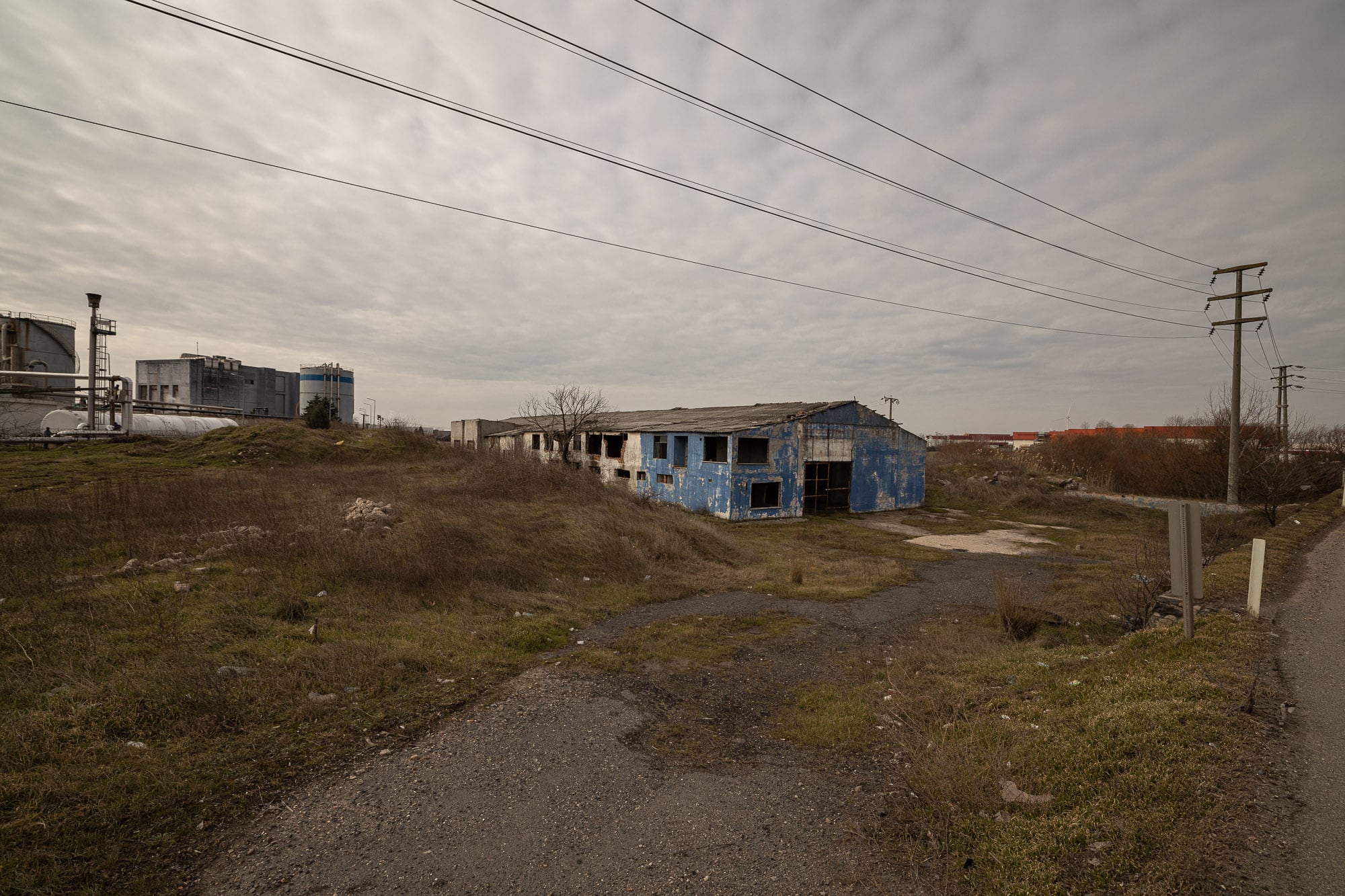 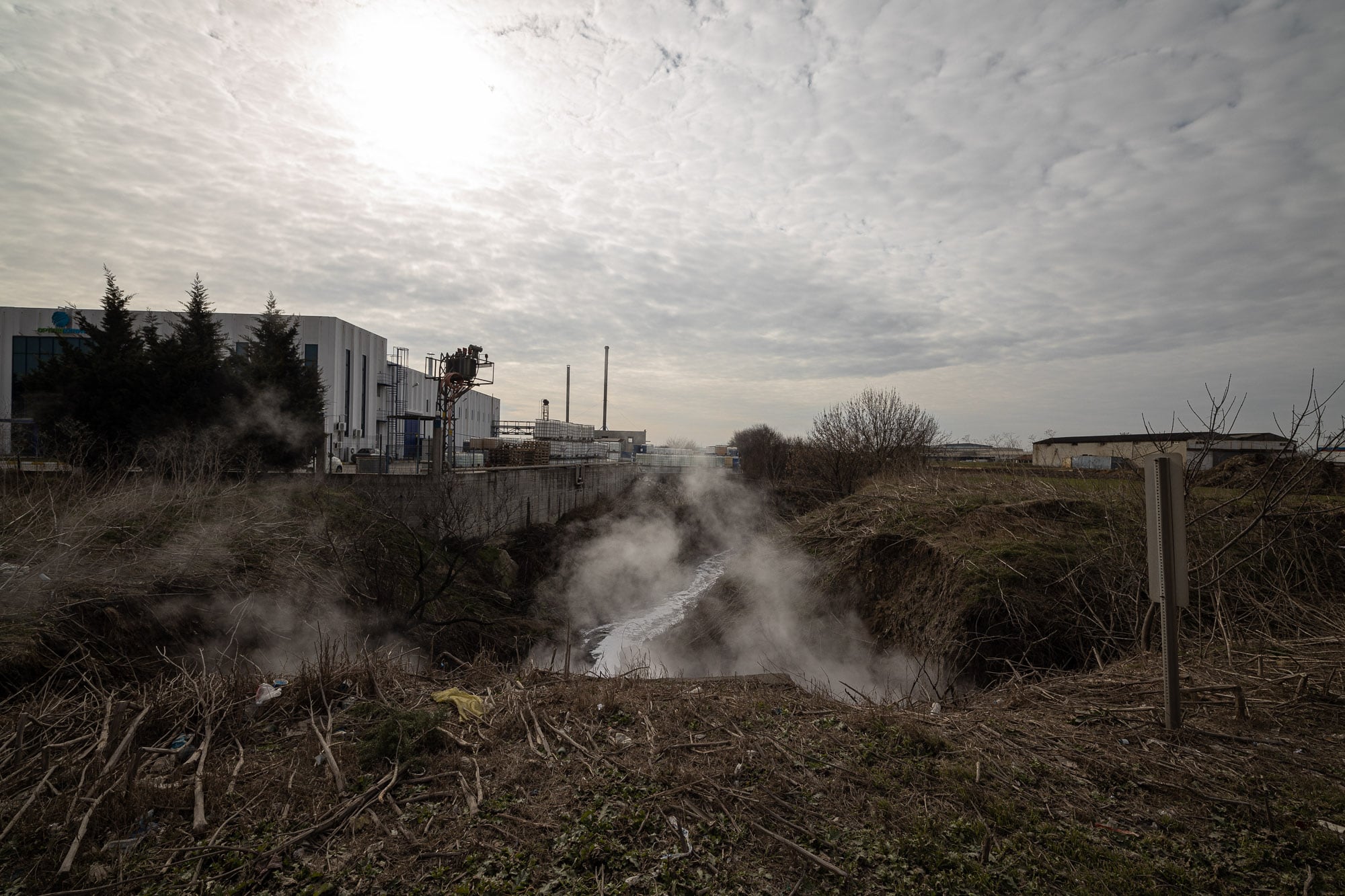 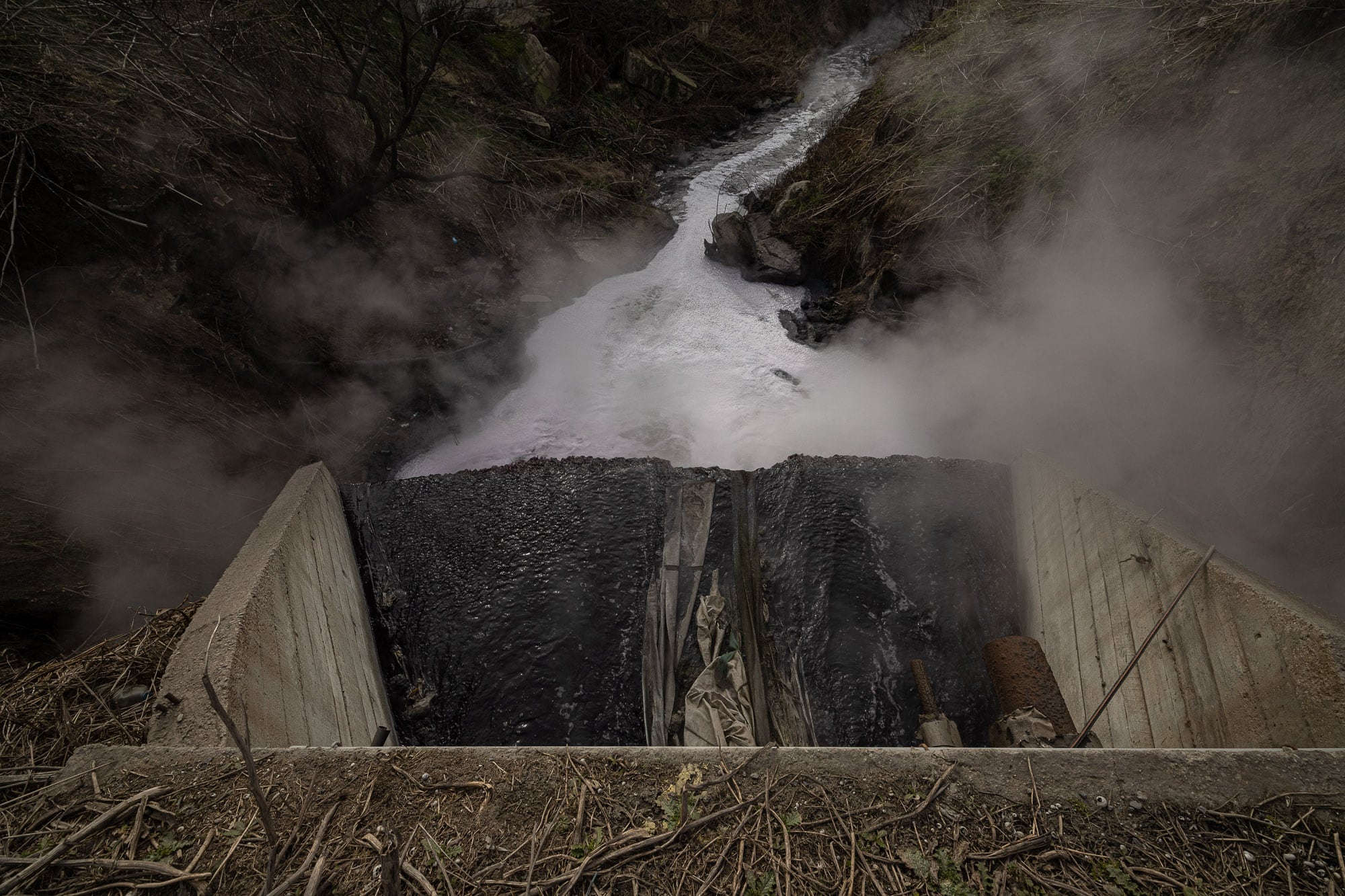 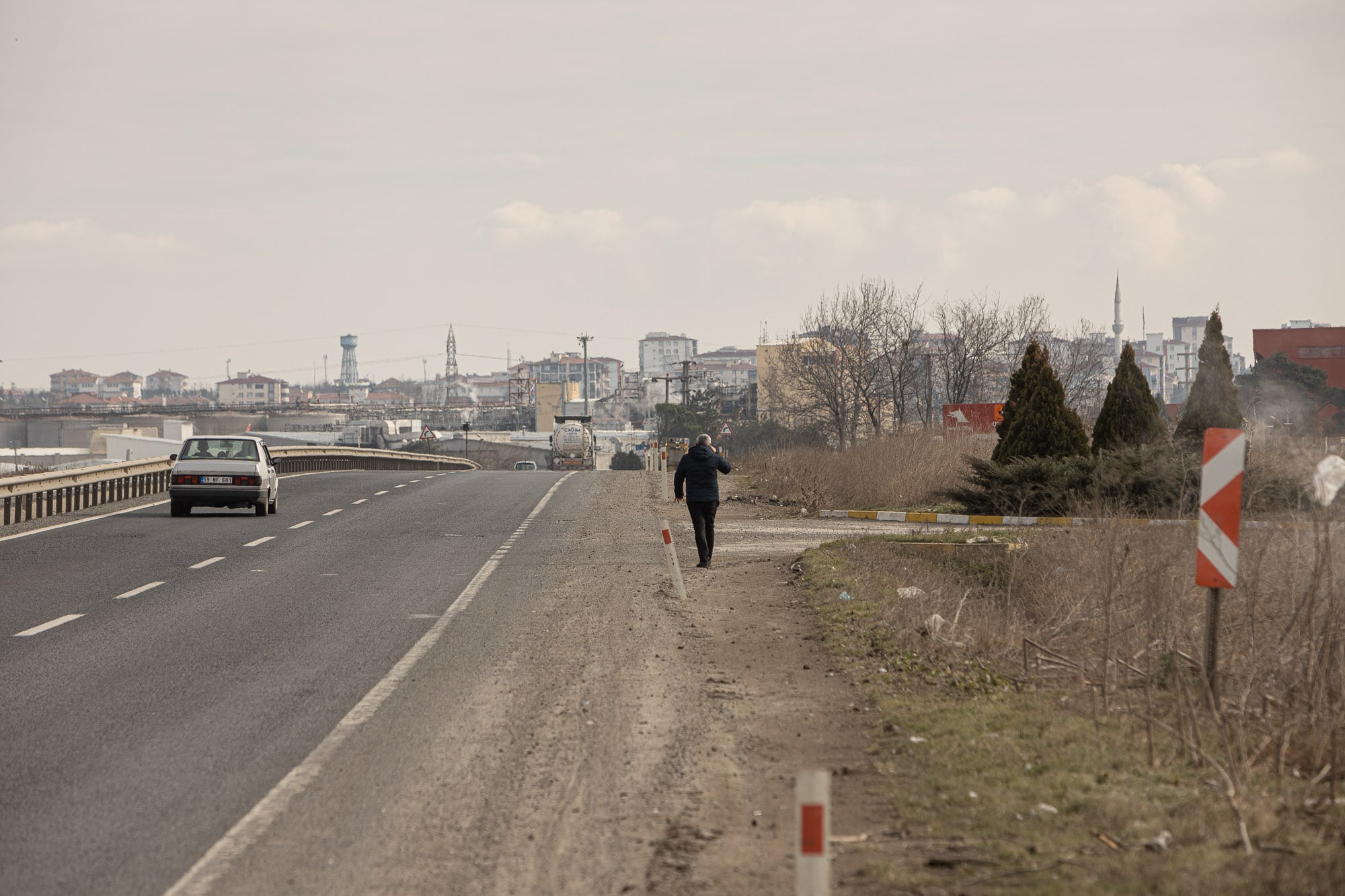 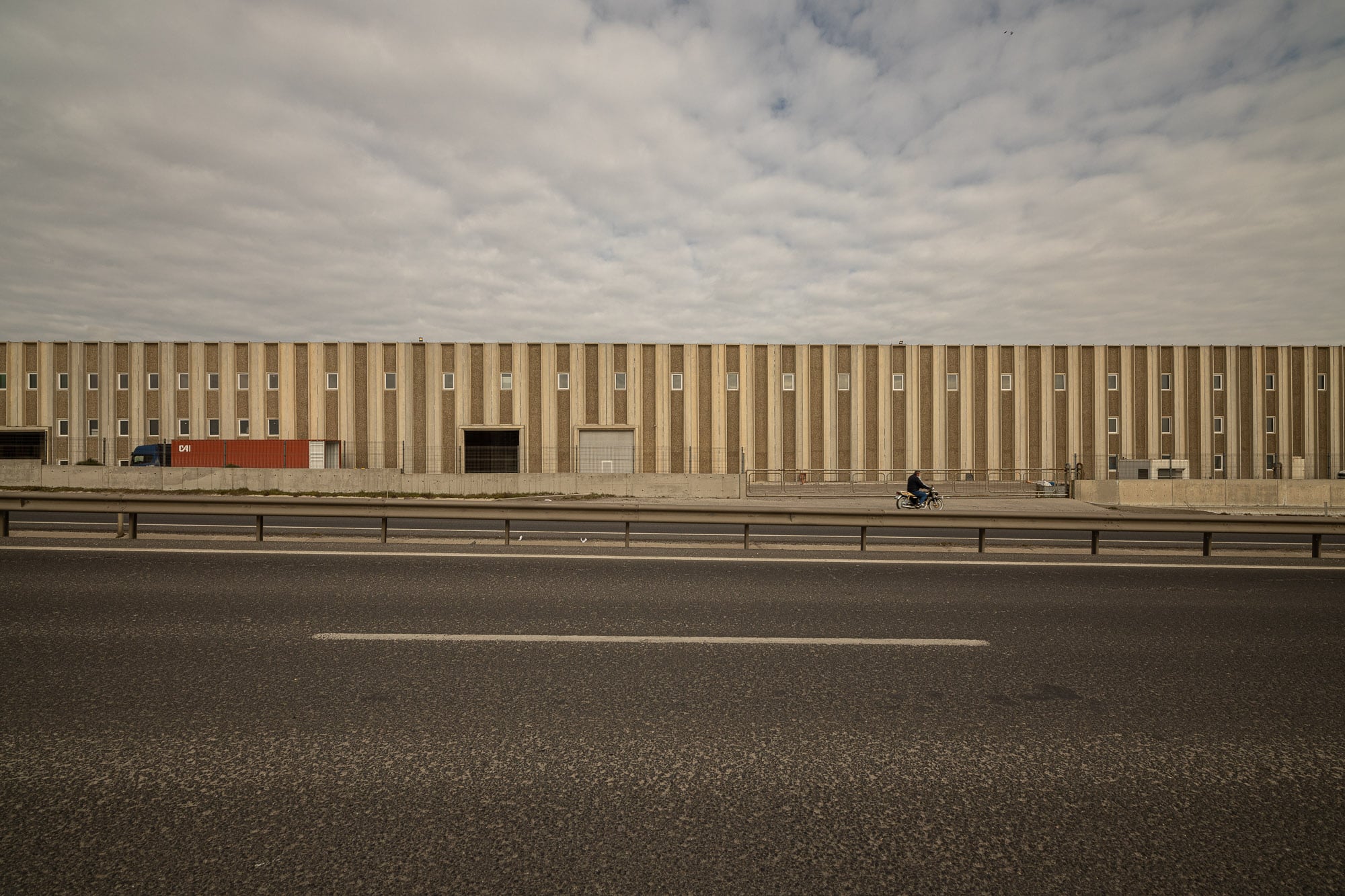 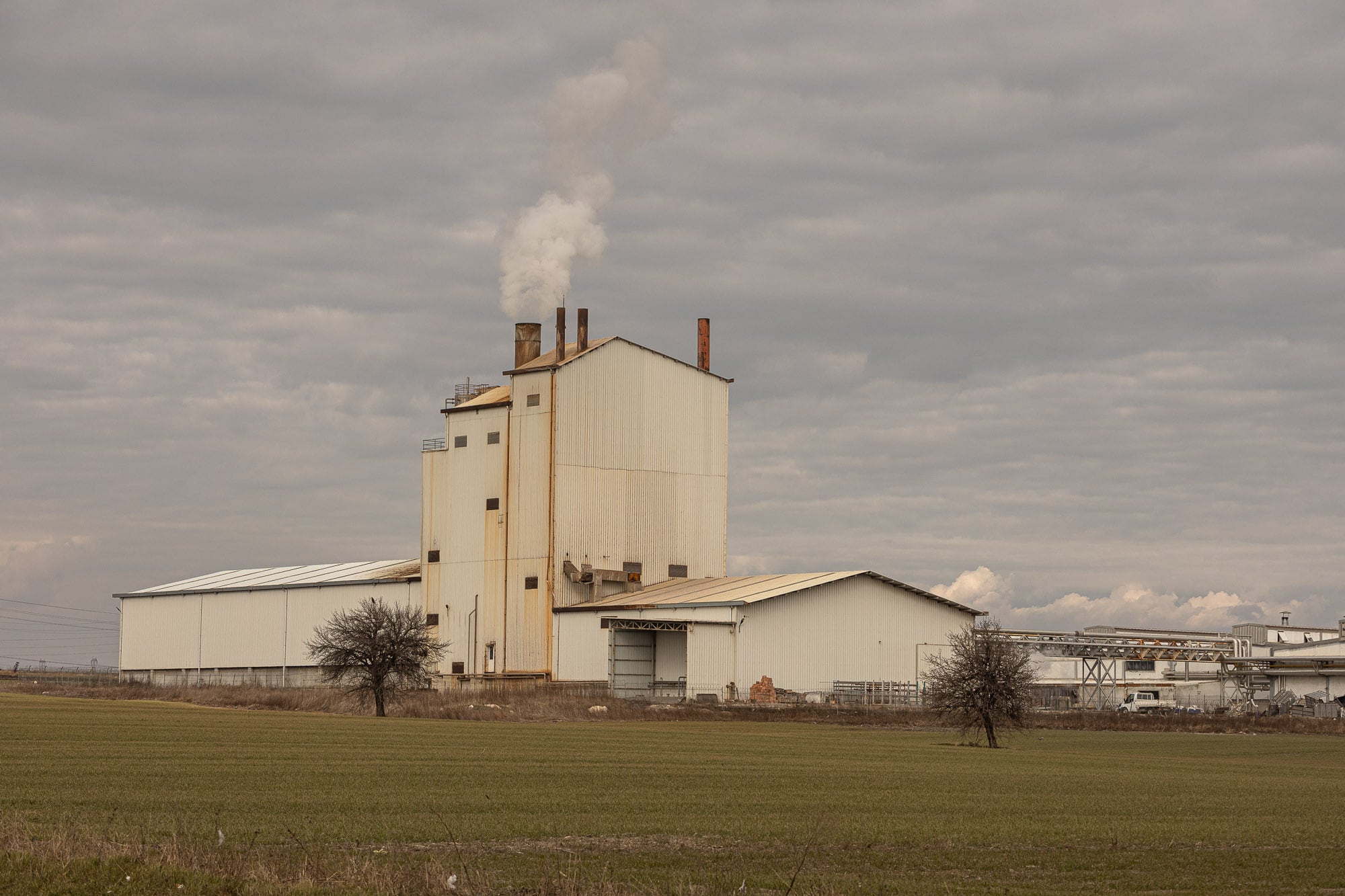 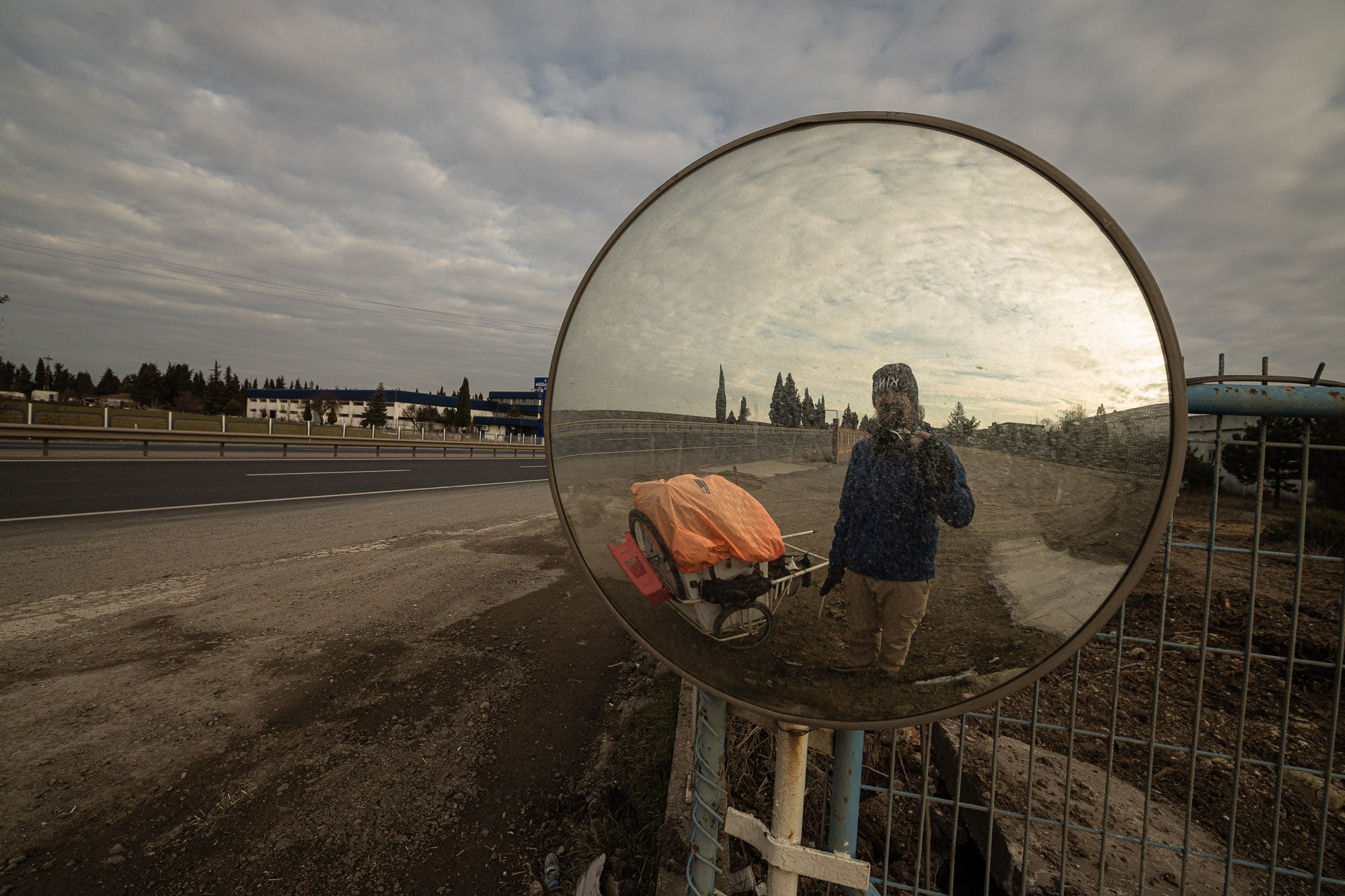 Factories in the sunset: 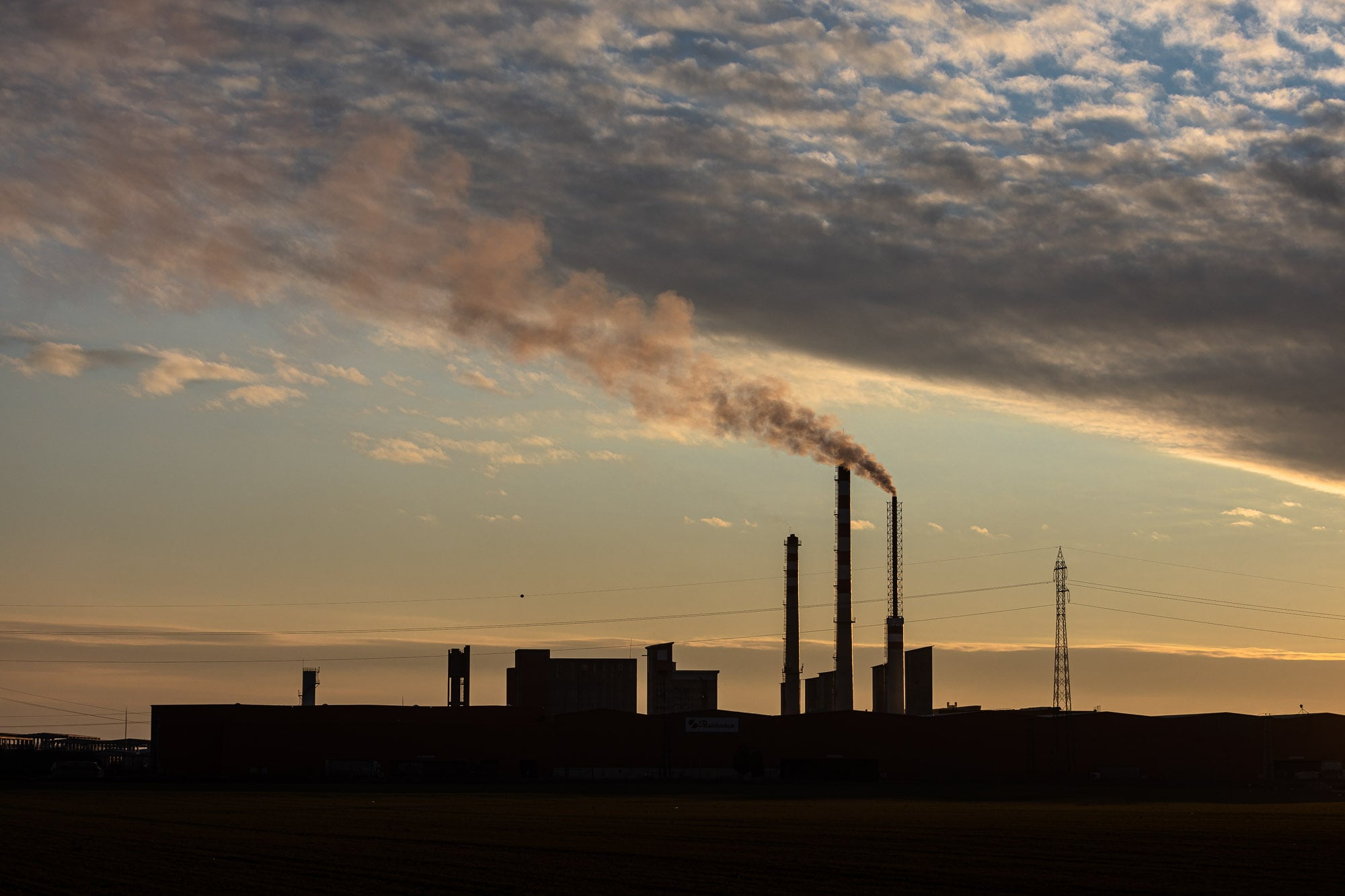 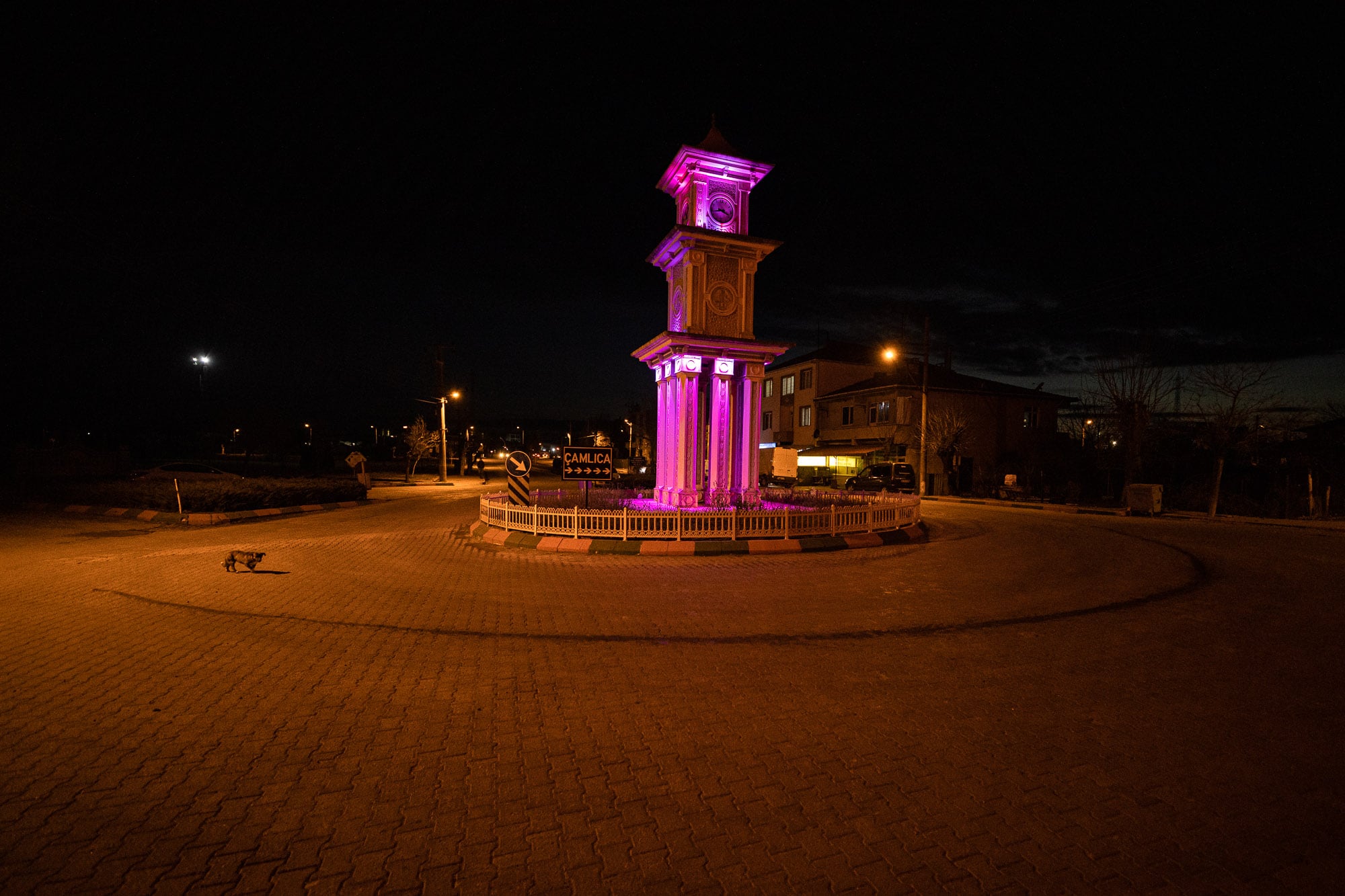 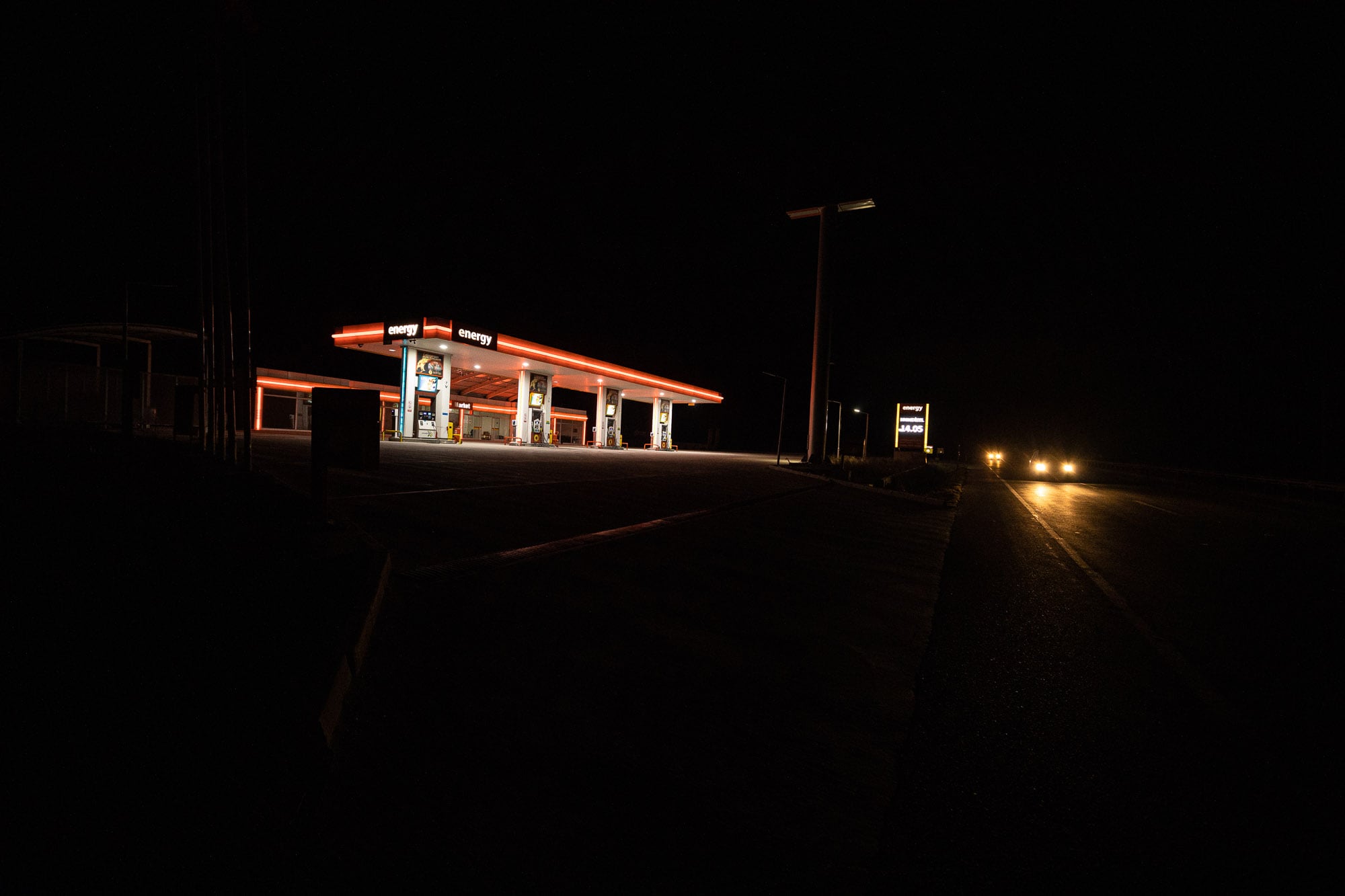 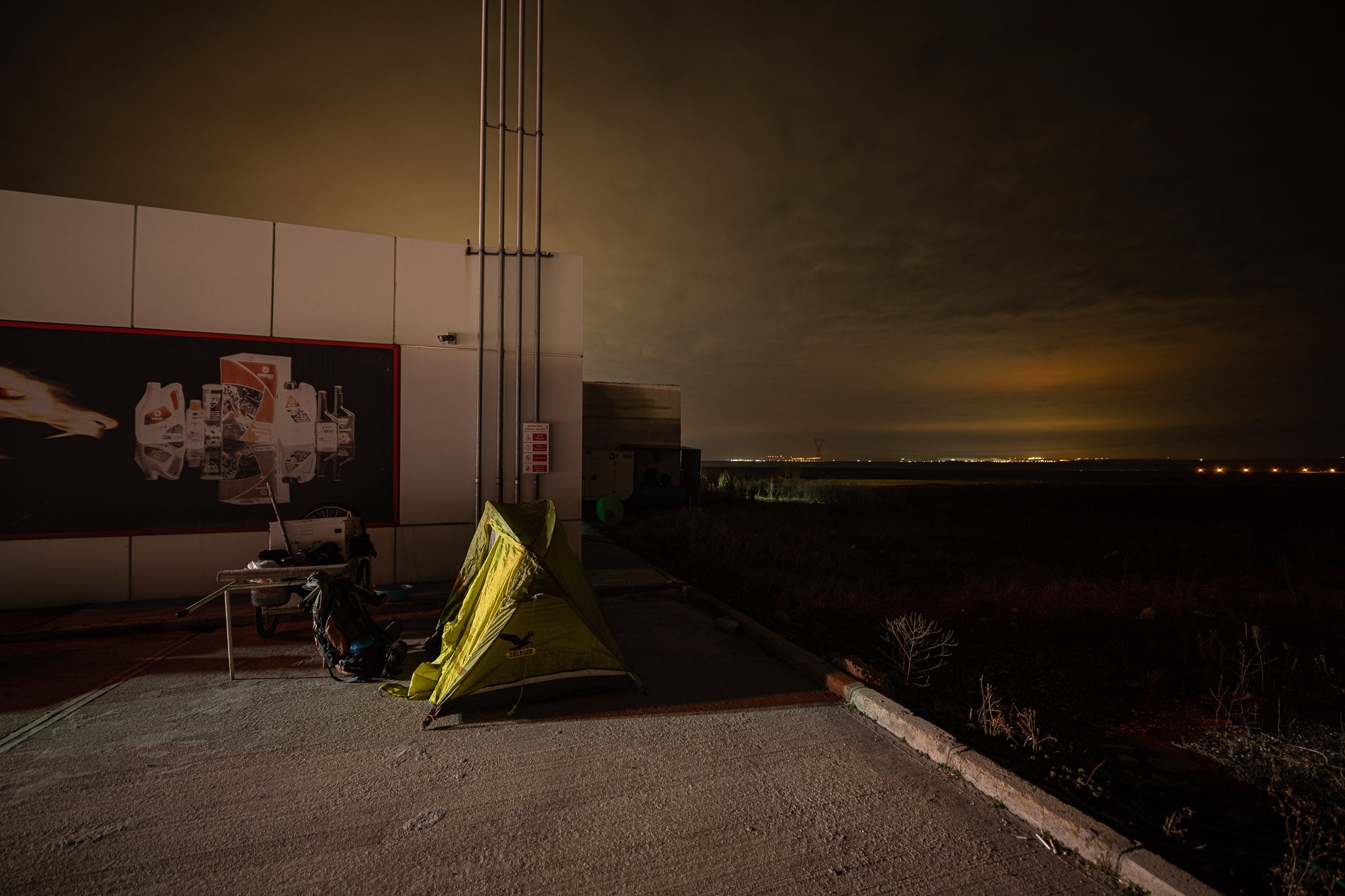 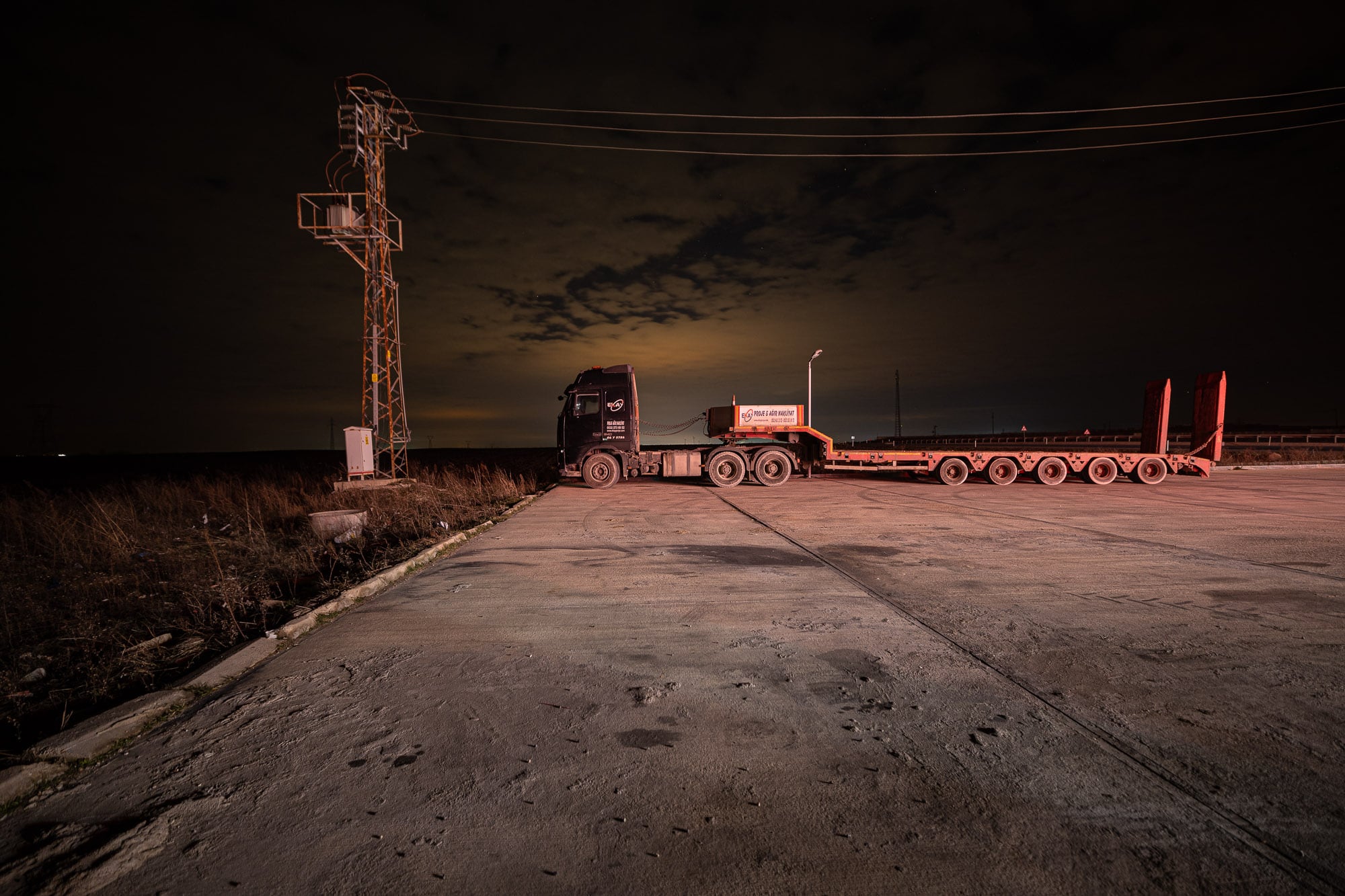 Day 509
from Corlu to Büyükkaristiran