This post is about a 17km walk from Büyükkaristiran to Lüleburgaz. It starts out bad, but then I run into a guy who tells me something good.

I didn’t feel the cold when I woke up, I felt it when I went about packing my stuff: the sleeping bags, the ground pad, the tent. Everything was cold and miserable. Only after a lot of cursing was I ready to go. I picked up my medication and a bottle of water from my friends at the gas station, then I got back on the highway.

The overall situation felt a bit better than the day before. There seemed to be less heavy industry and more agriculture. One time I thought I saw a tractor take out manure. The road was exhausting, though. I hadn’t had a good night’s sleep, and the terrain went up and down in long waves. Those waves are called fold hinges, and you can actually see them on the map.

Then I ran into a dude on a bicycle. This was my second encounter with a long-distance cyclist this winter, and again he was from Germany. He went by the name Düzceli, and he was going to cycle to Ankara.

where to go in Lüleburgaz

We chatted for a bit, and he told me about a place in the next town where he thought I should go. He said it was a bicycle academy, and that I could sleep there for free. A what now? I decided to go check it out.

When I arrived in Lüleburgaz, it turned out that there really was a place called Bicycle Academy. And Inanc, the manager of the place, was already waiting for my arrival.

Apparently Turkey had declared a national “Year Of The Bicycle” a while back, and the Bicycle Academy had come out of it. Its main goal was to promote cycling, so there was a bicycle track, a repair shop, a social club, and a place where people could lend bicycles and karts.

I loved the project. While I was there I witnessed a bunch of people come in to lend bikes and ride them around the track. Mostly families with kids and groups of teenagers. One time there was a young couple who spent a good thirty minutes riding next to each other around the track. Around and around they kept going, riding their bikes, smiling at each other. It all seemed very wholesome.

Leaving the gas station at dawn: 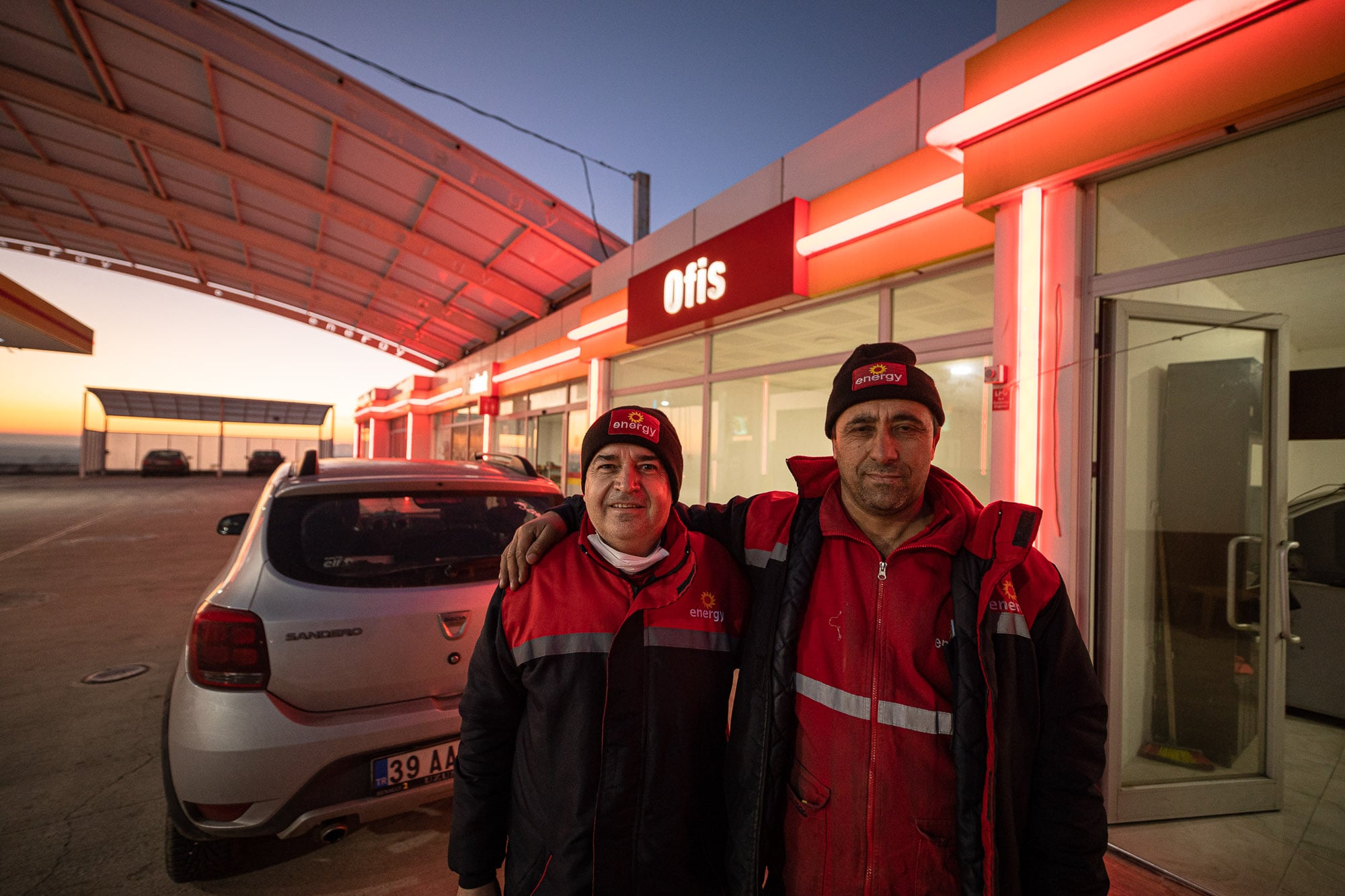 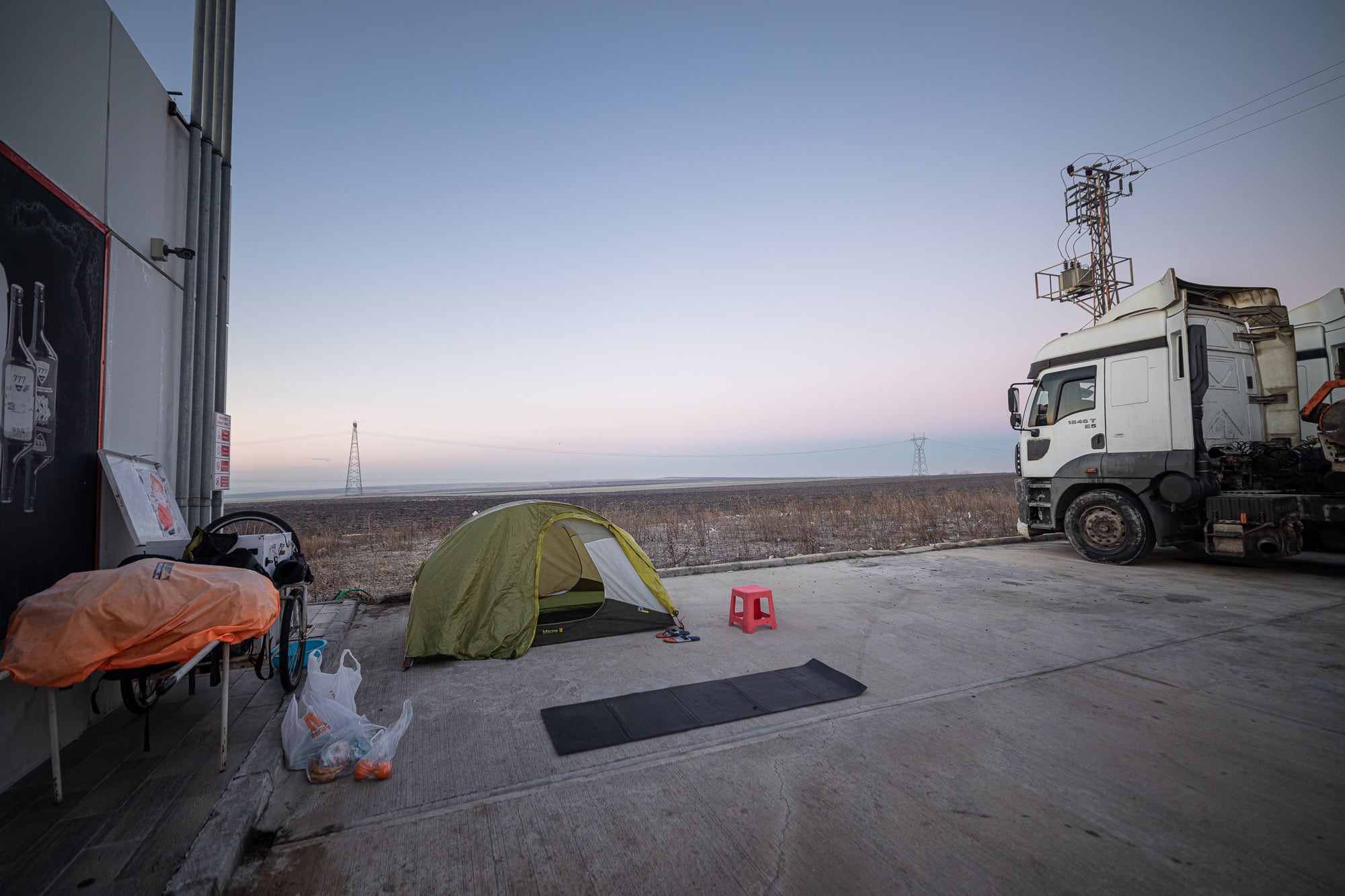 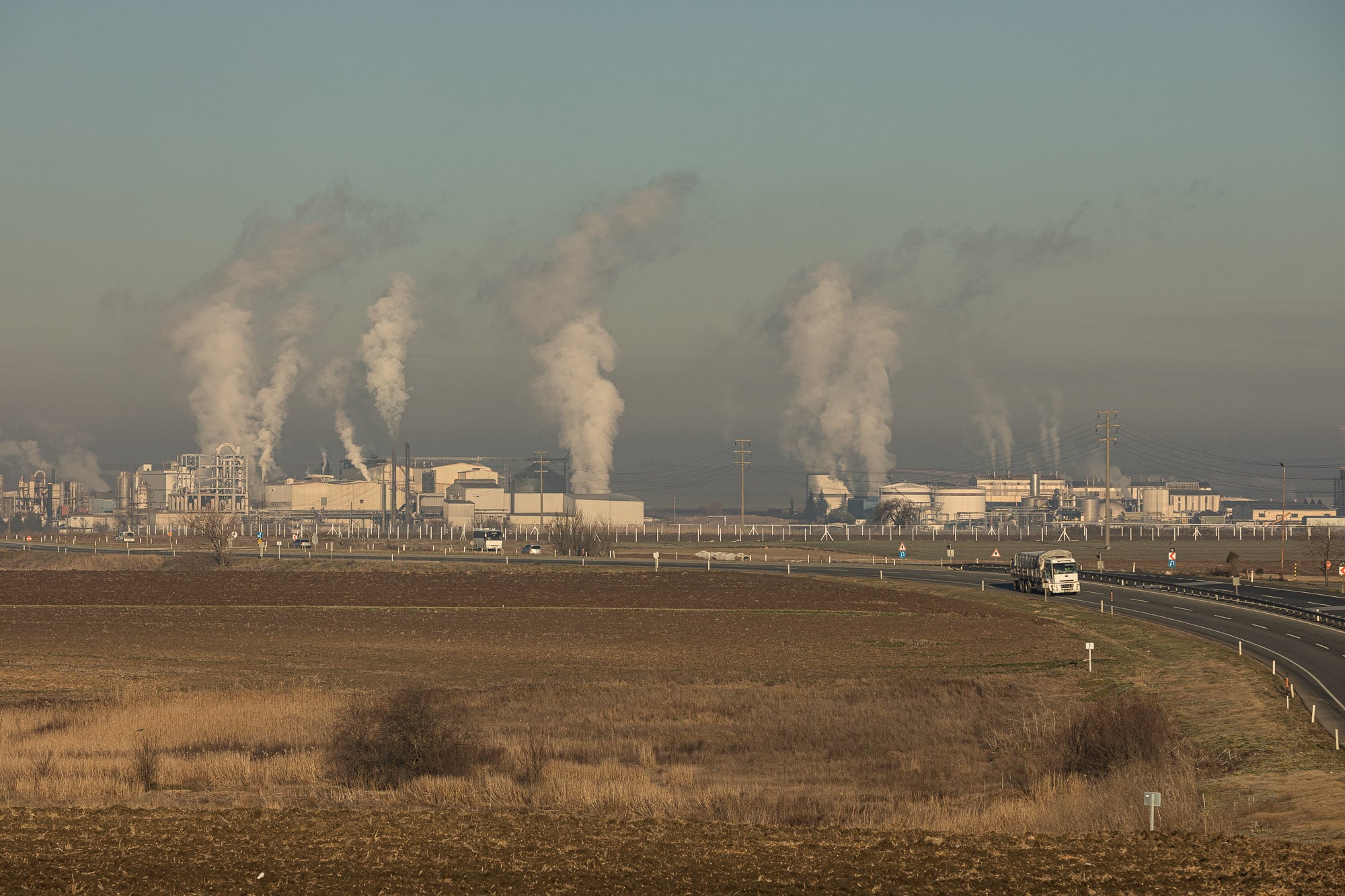 Sometimes it just feels shitty on the safety lane: 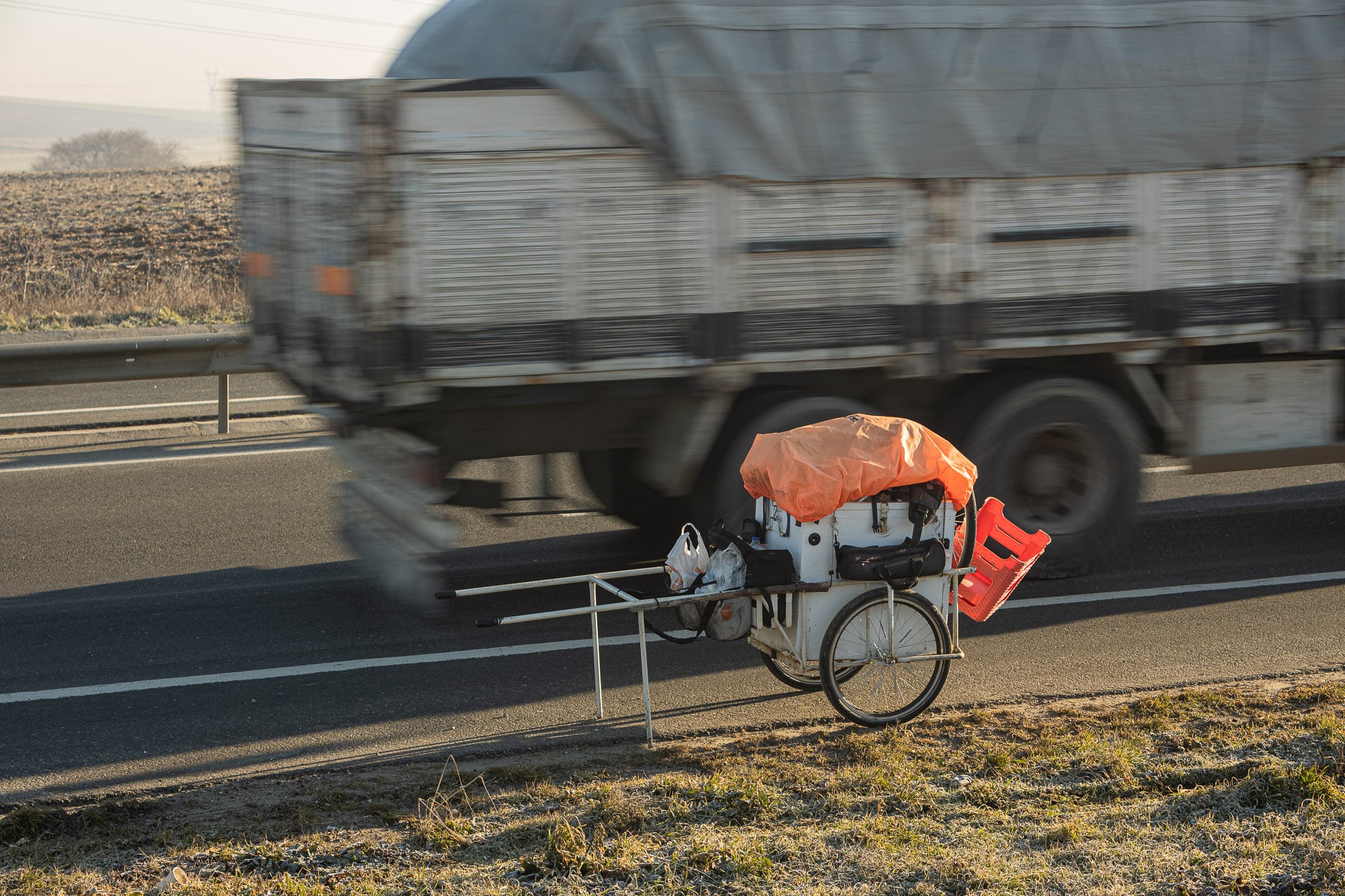 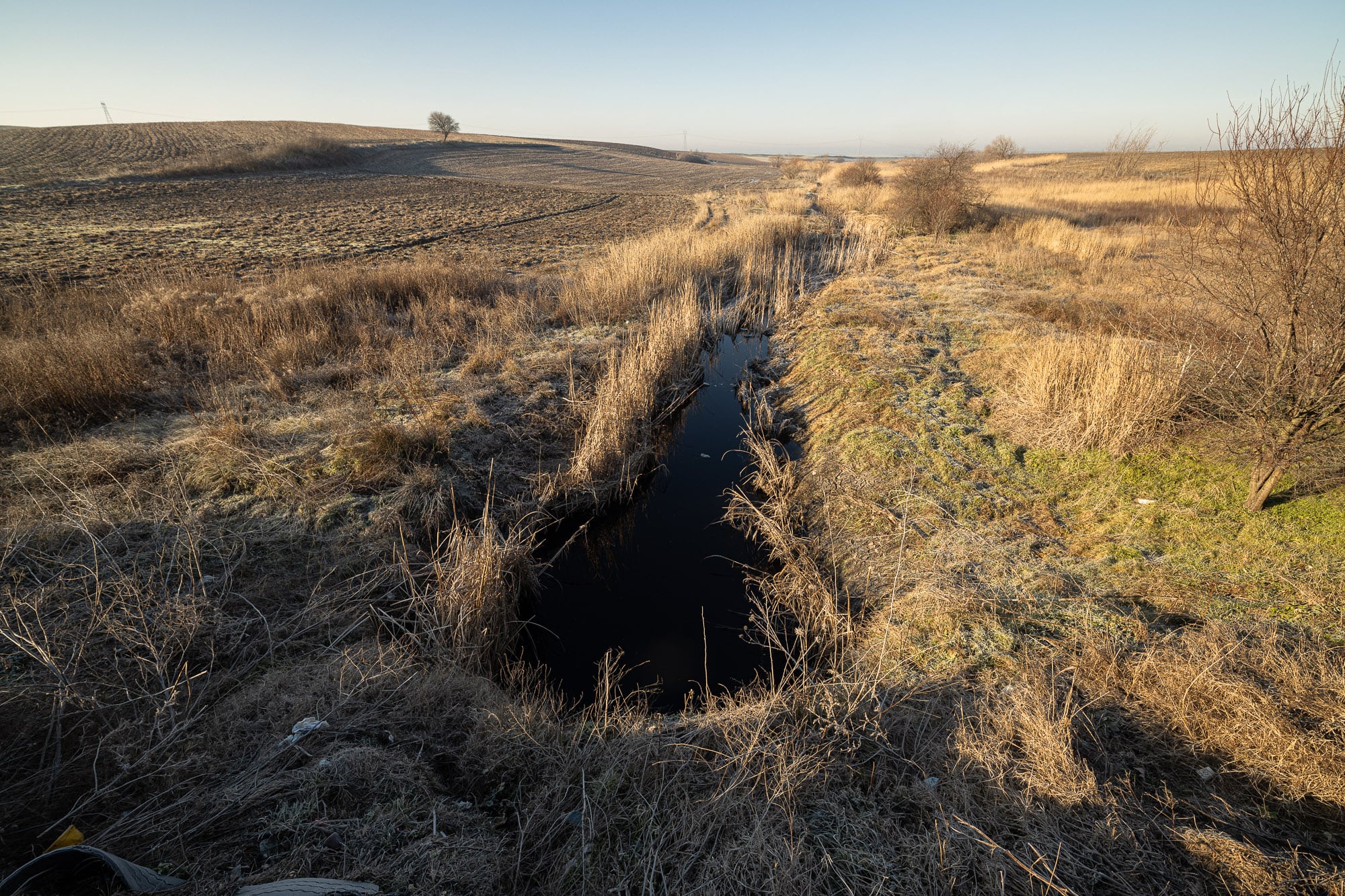 Someone didn’t want that couch anymore: 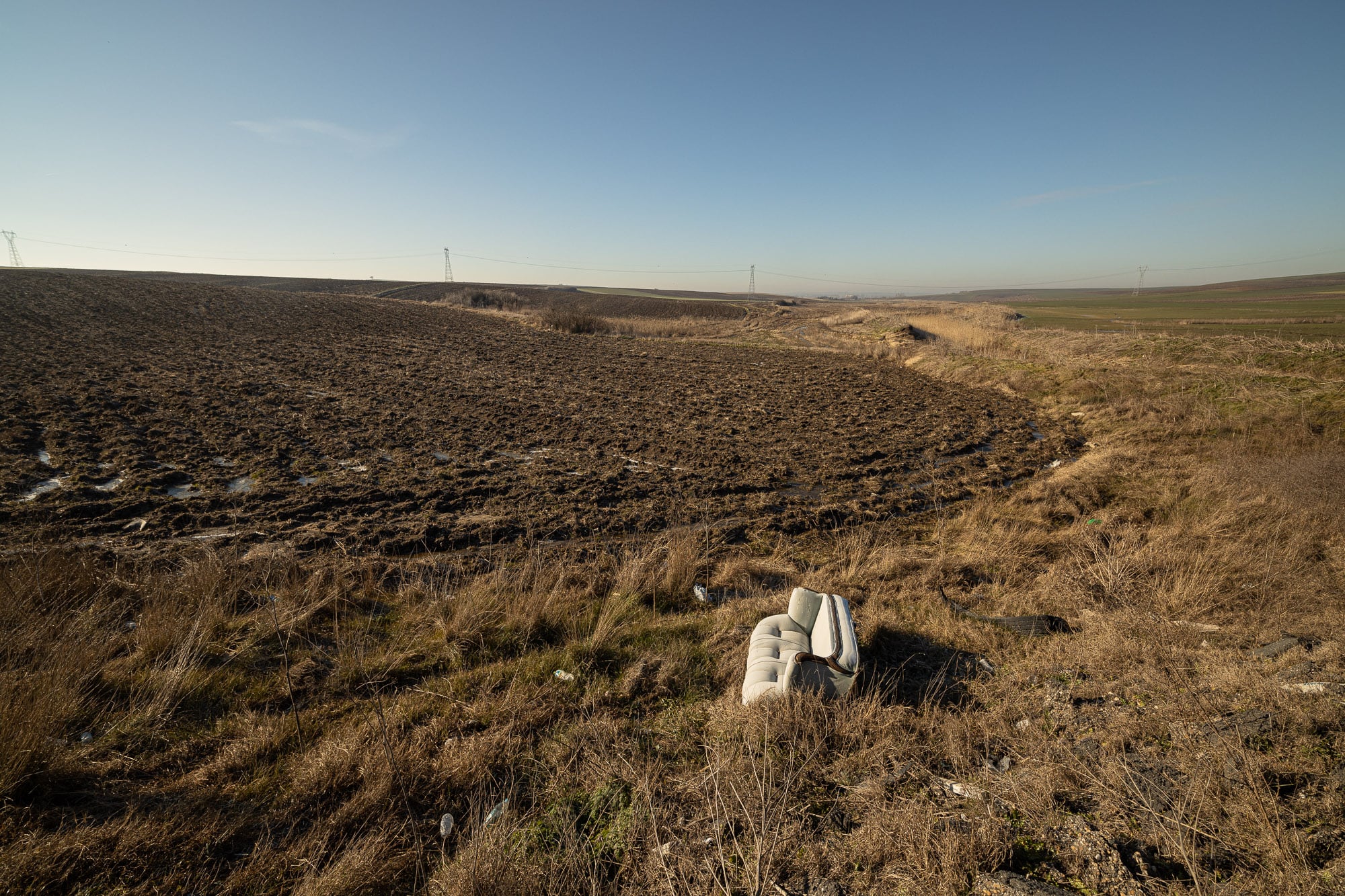 This round hill reminded me of another one I had seen more than a decade earlier on my walk through China: 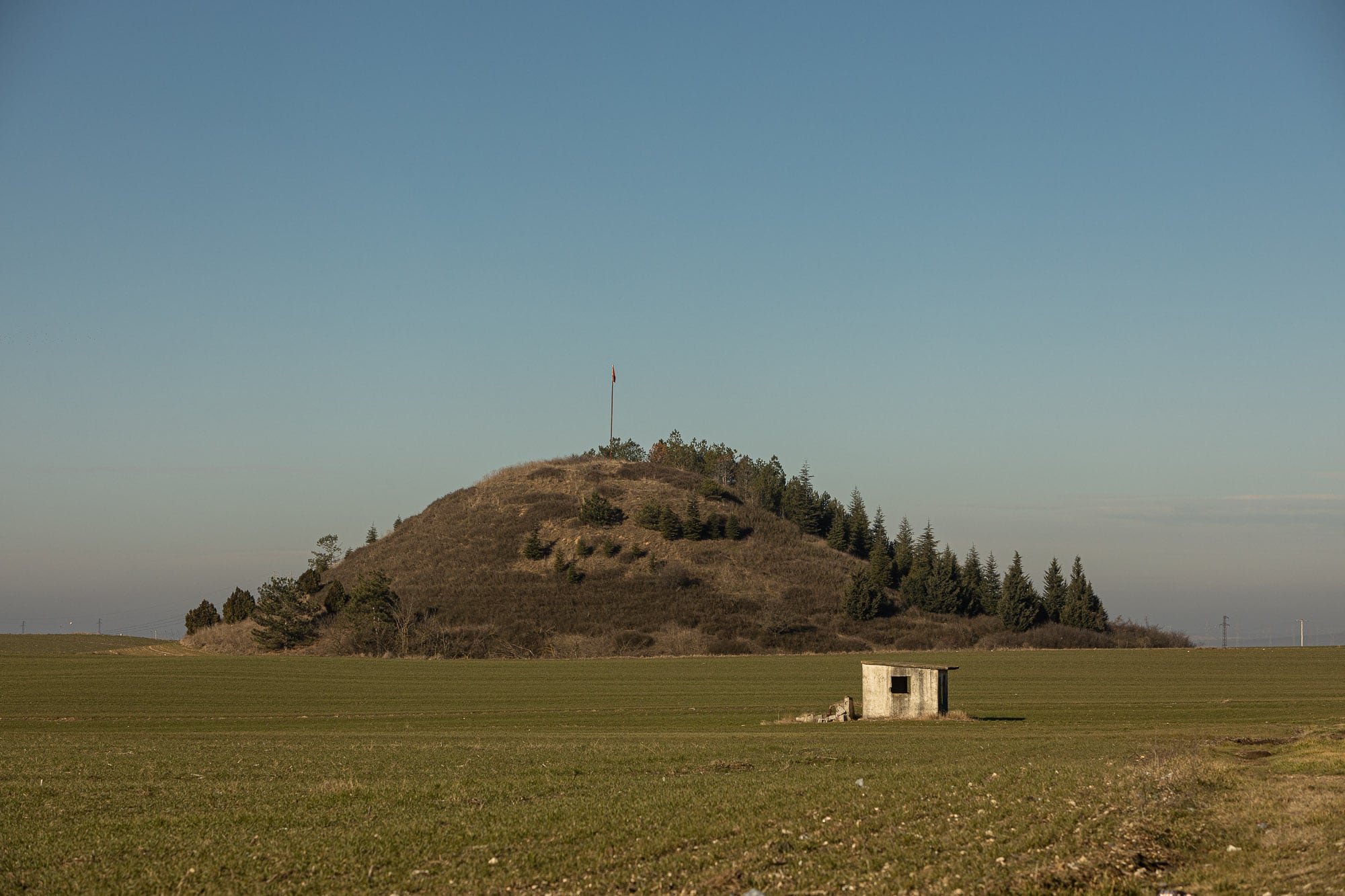 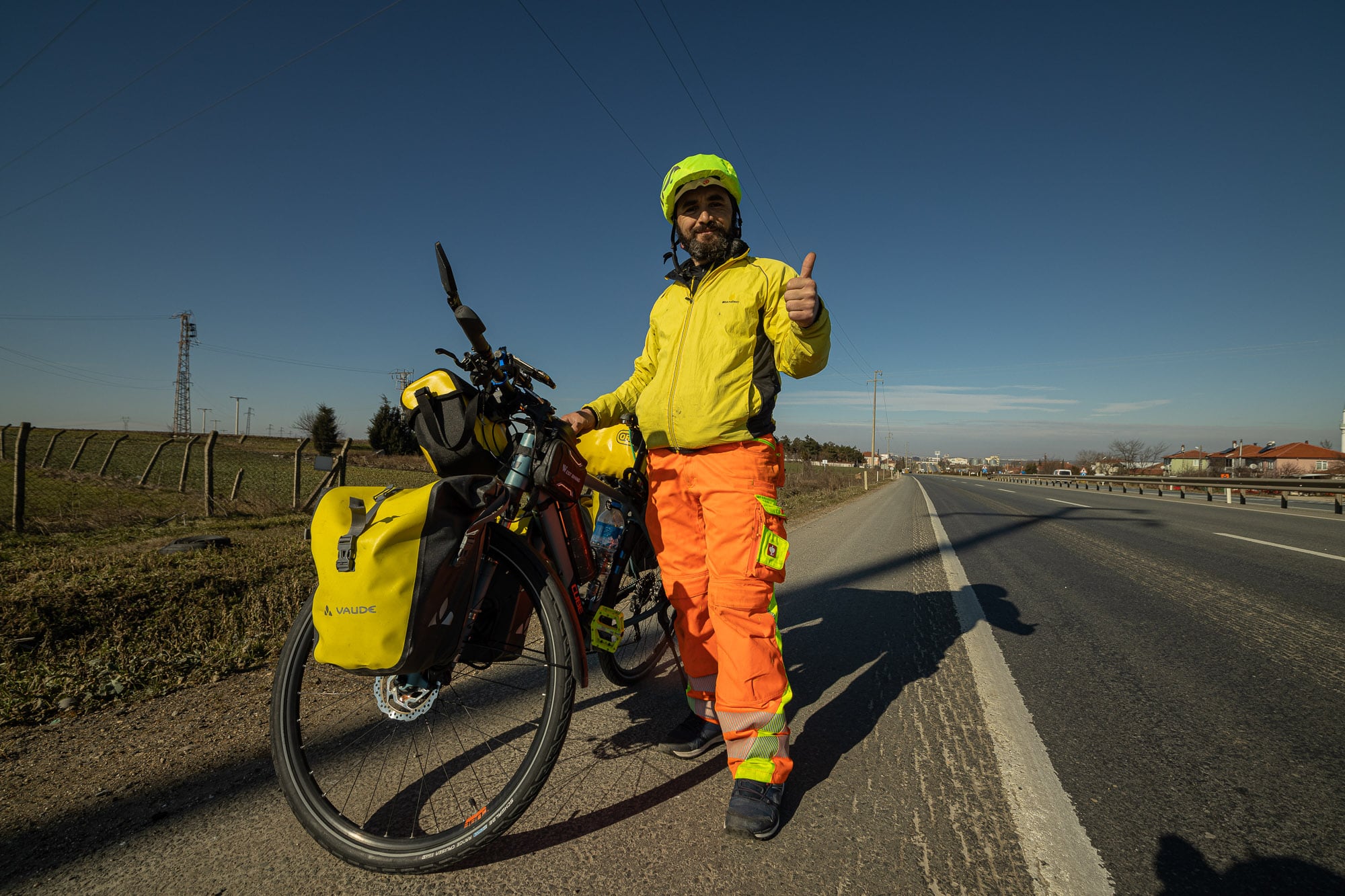 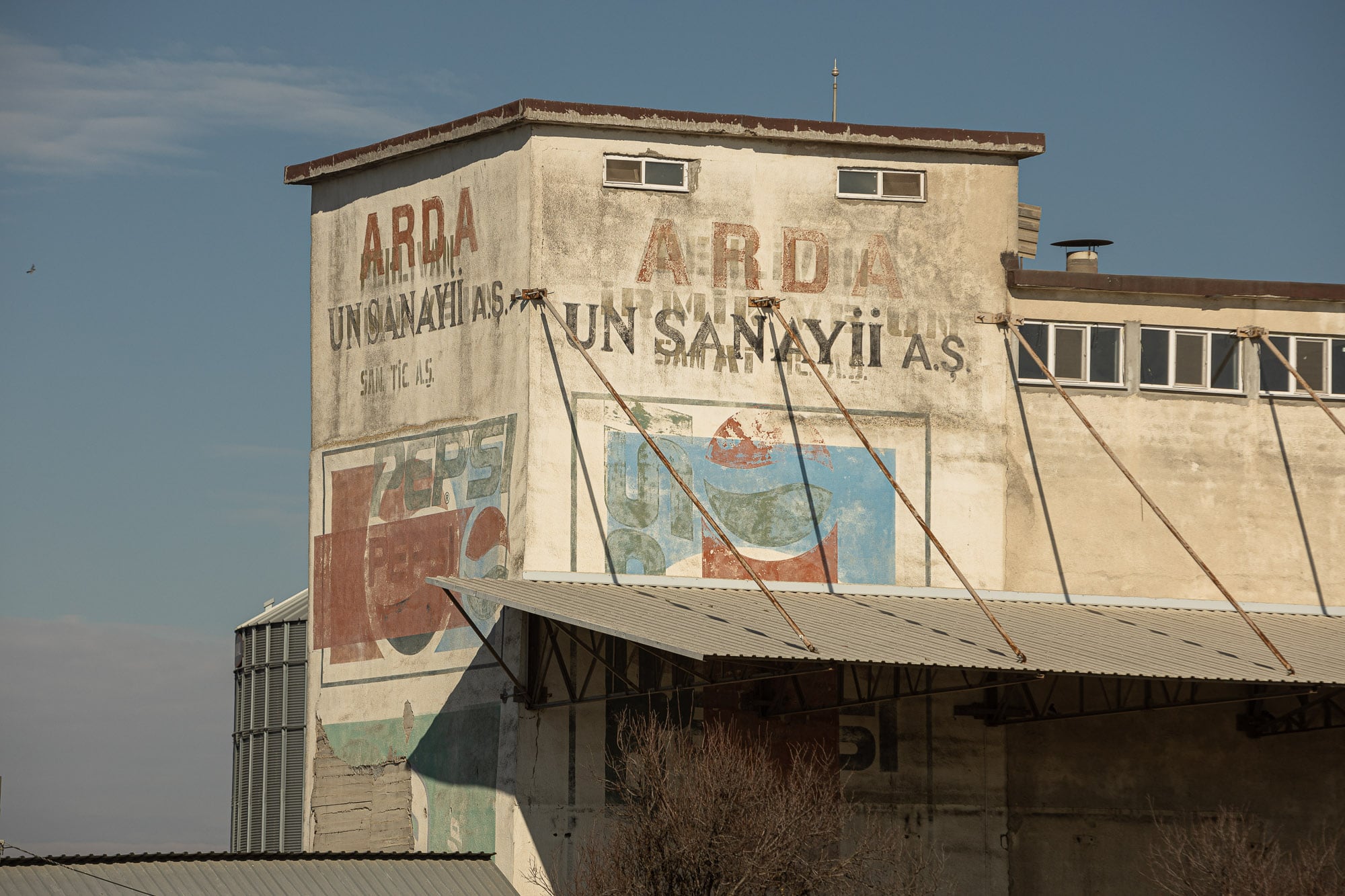 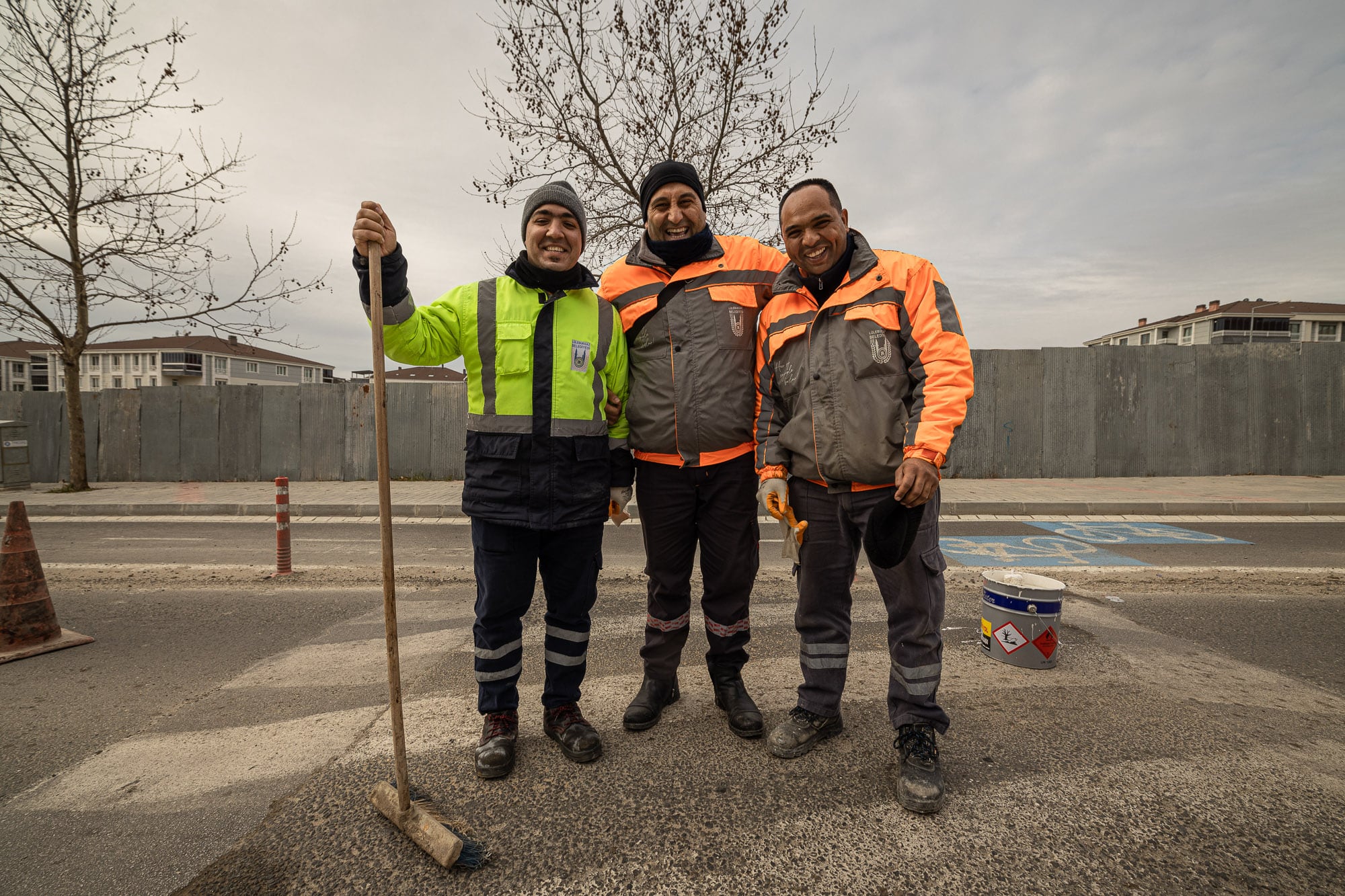 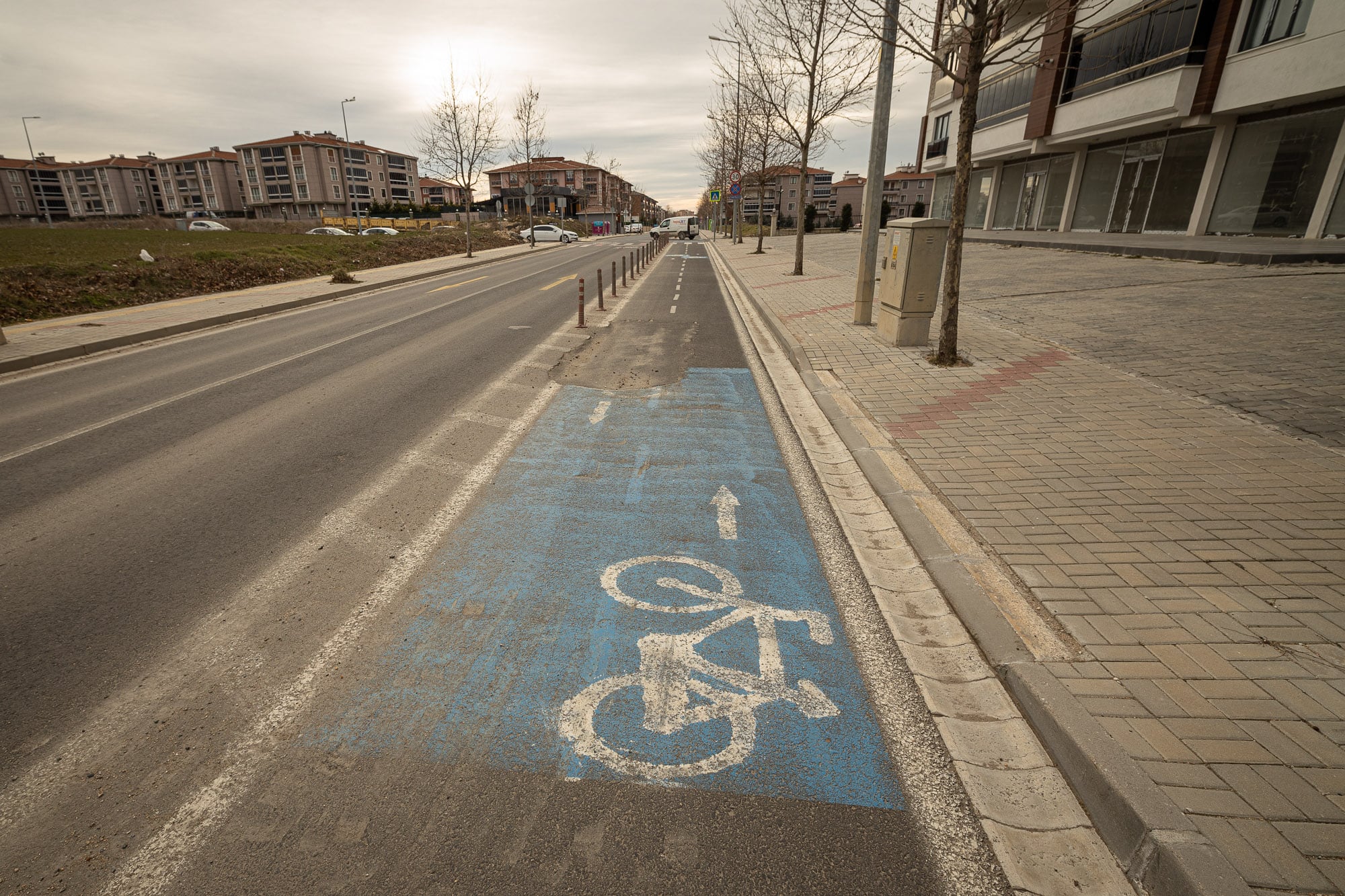 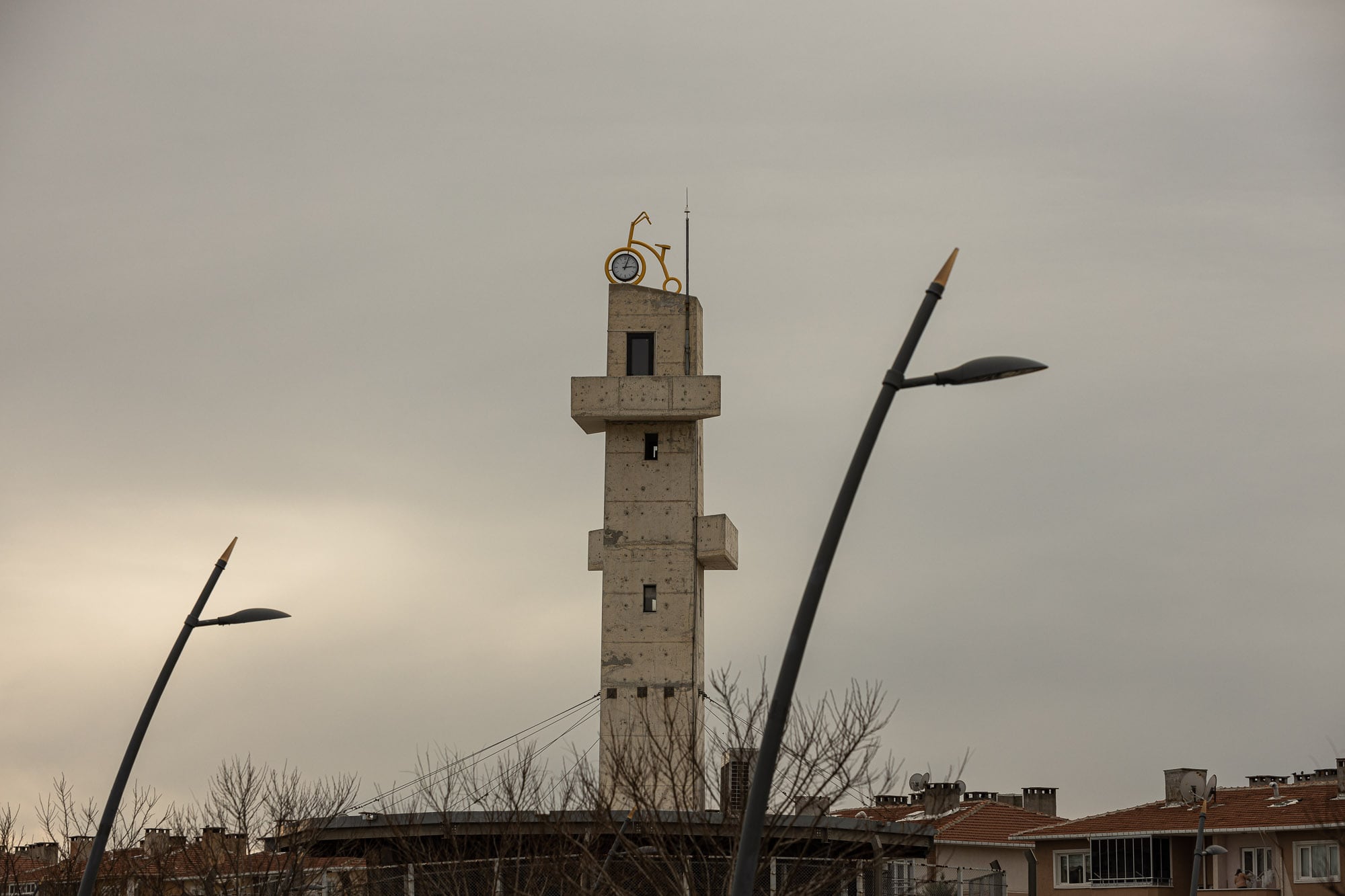 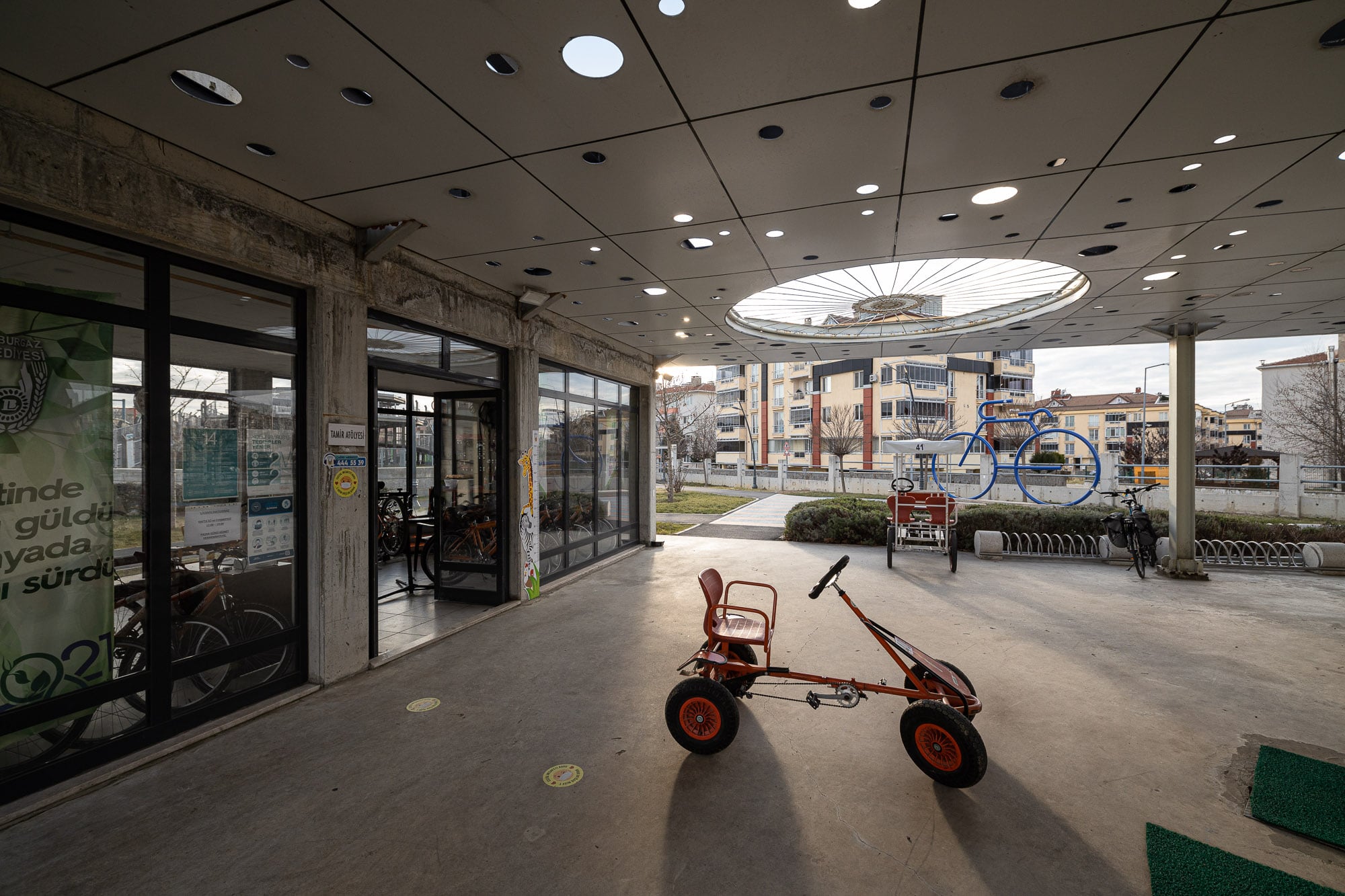 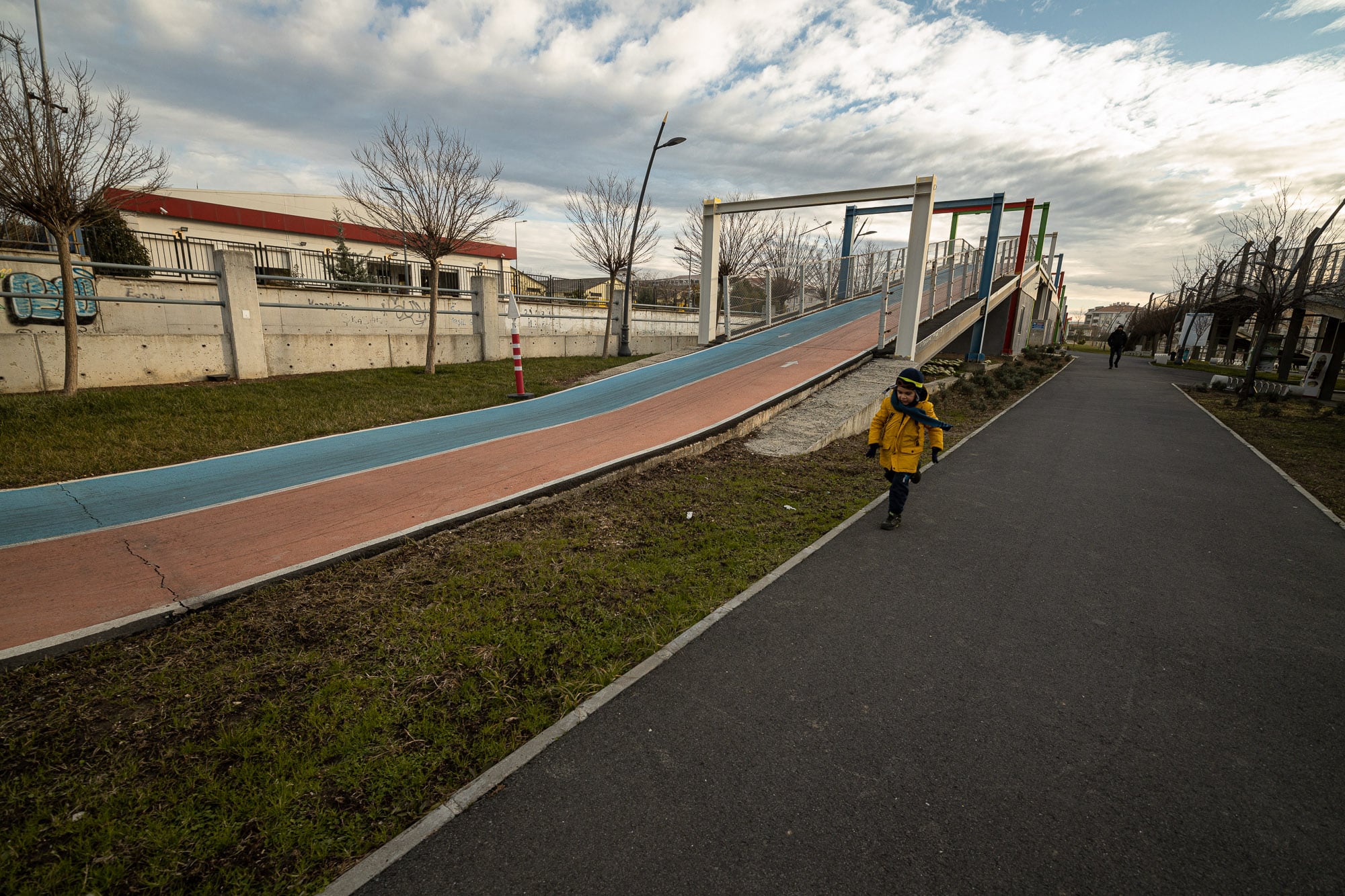 Inanc, manager of the academy: 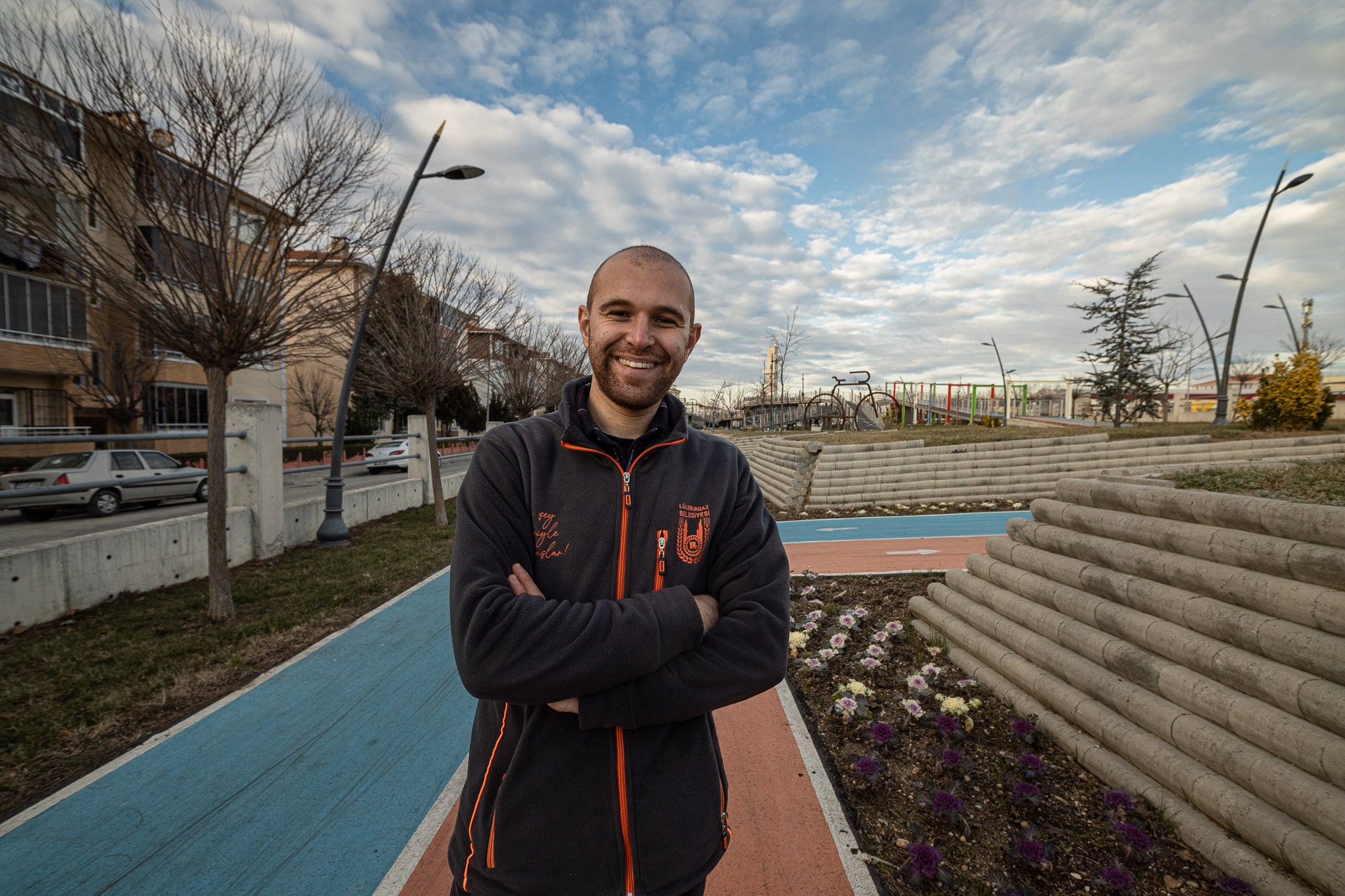 My bed for the night: 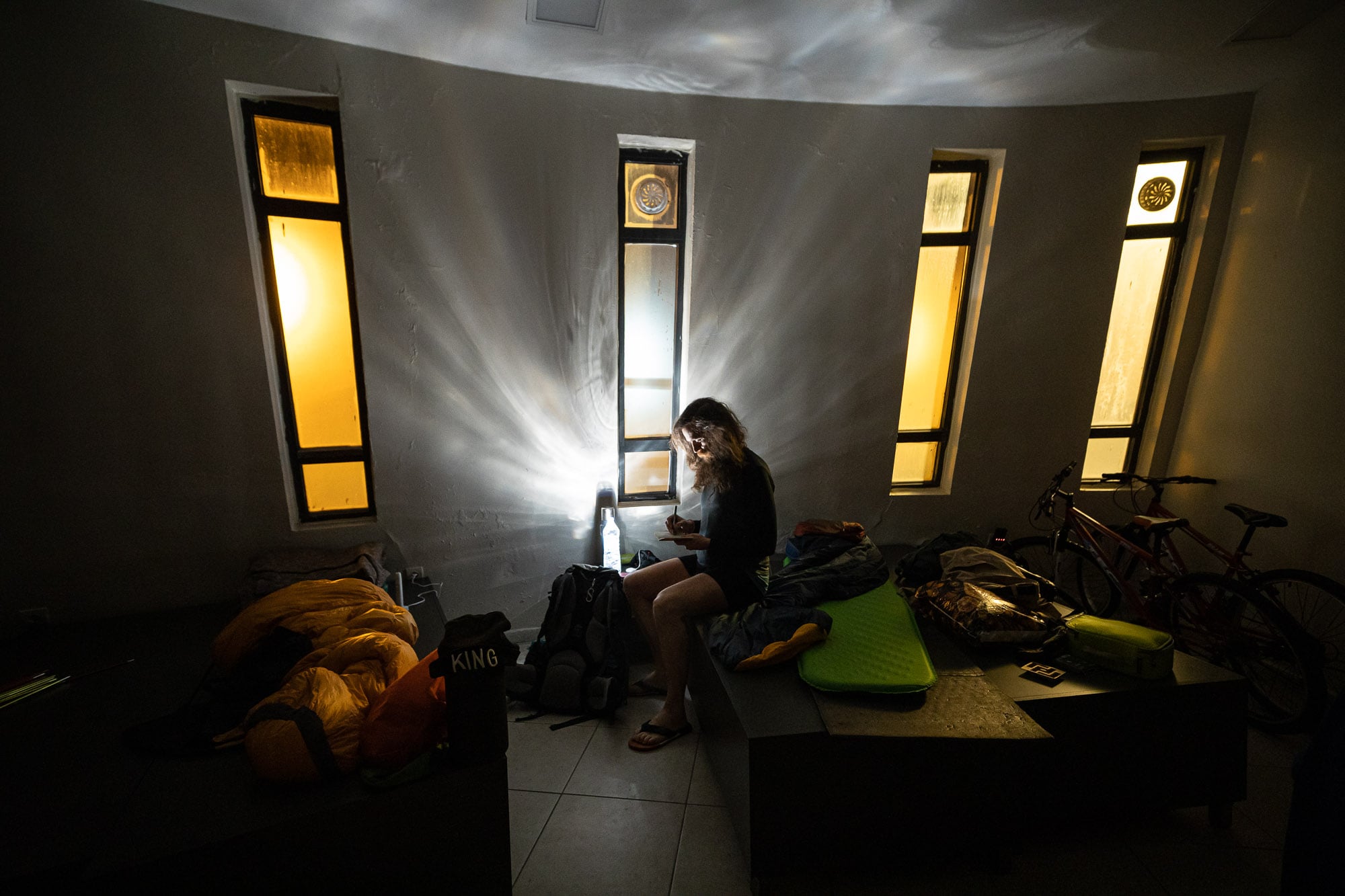