This post is about a 23km walk from Luquan to Jingxing. I walk past a prison, a lot of environmental damage, and a funeral procession.

I woke up and went down the hallway to brush my teeth: Then I put on my backpack and started walking on that long winding road.

I had no idea about the suffering that I would see today.

For everything there’s a first. Here’s my first prison in China: 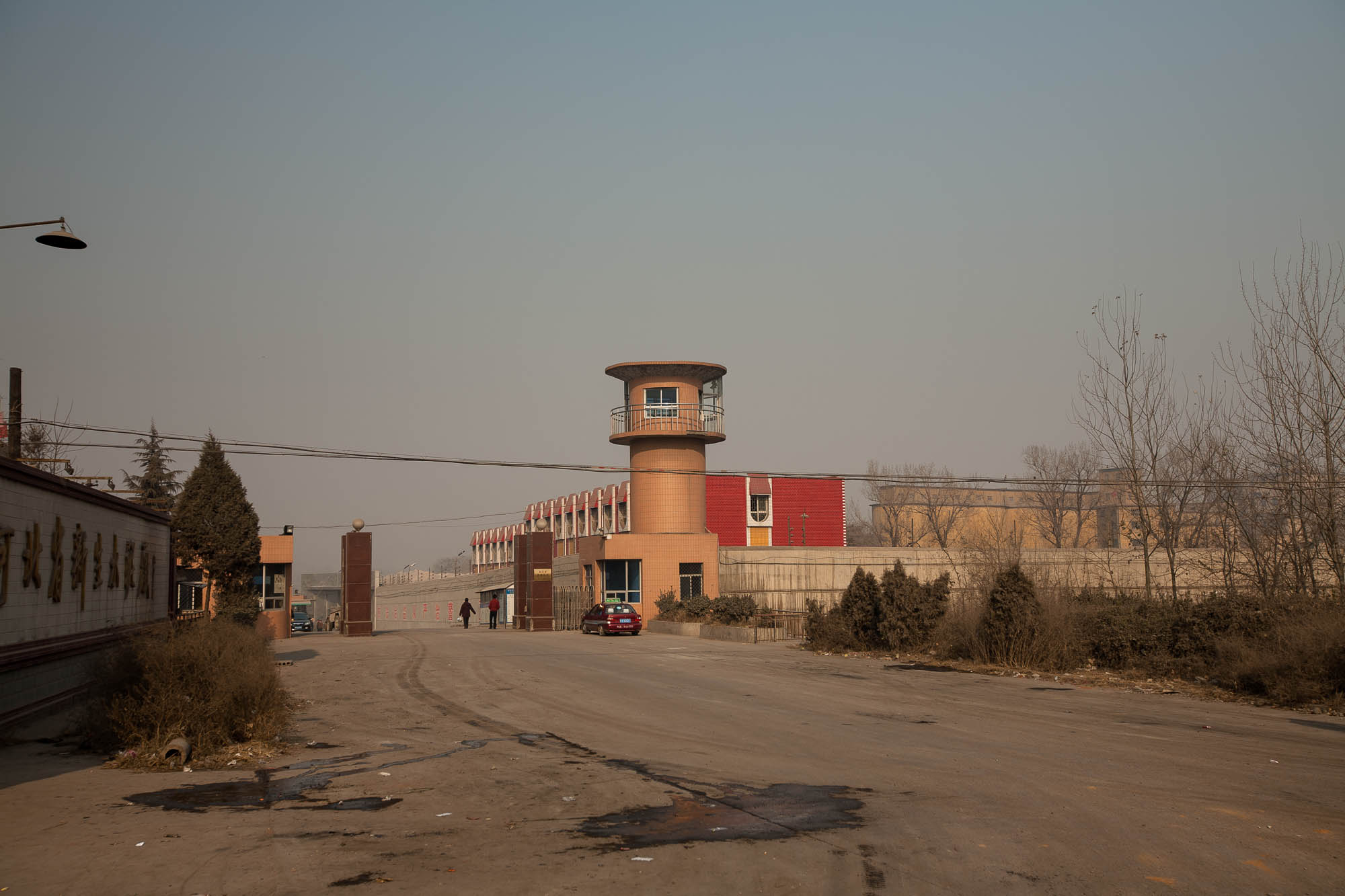 At least that’s what people were telling me. This is one where they make people work in the labor force. I didn’t dare to go near, but someone told me that the inmates have to break their backs doing this: Mud. As you can imagine, digging up mud in a penitentiary isn’t very pleasing and doesn’t pay very well. I wondered if this was part of laogai – the so-called “reform through labor”.

But it wasn’t only the inmates who were having some pretty rough days.

It was worse: the very soil that they lived on, the ground that I was walking on today, it was suffering. In fact the earth sometimes looked like an open wound itself: 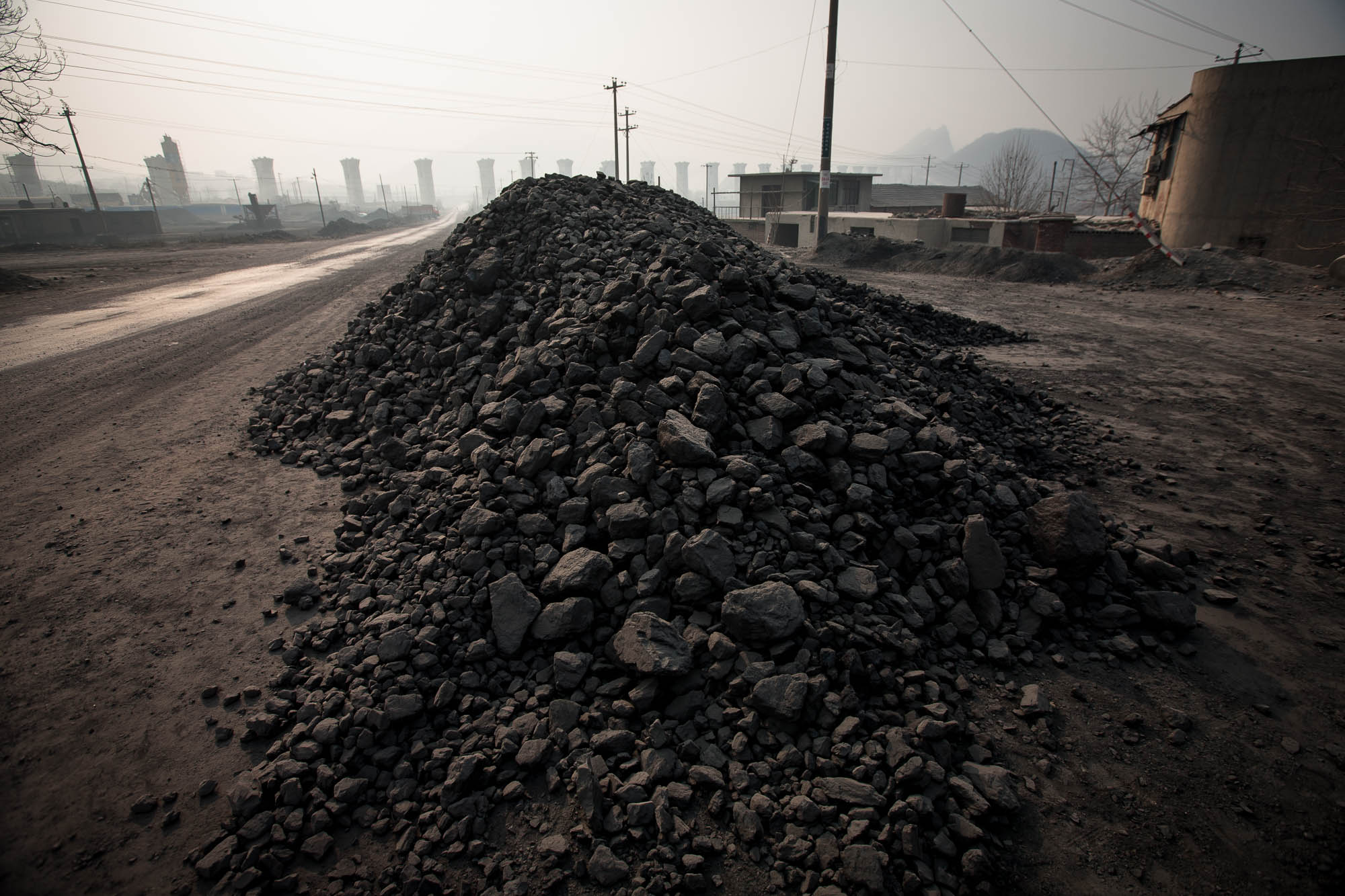 Always remember that THIS is what the glitzer-towns of Beijing, Shanghai and Guangzhou are built upon.

Layer after layer of the earth gets taken away. 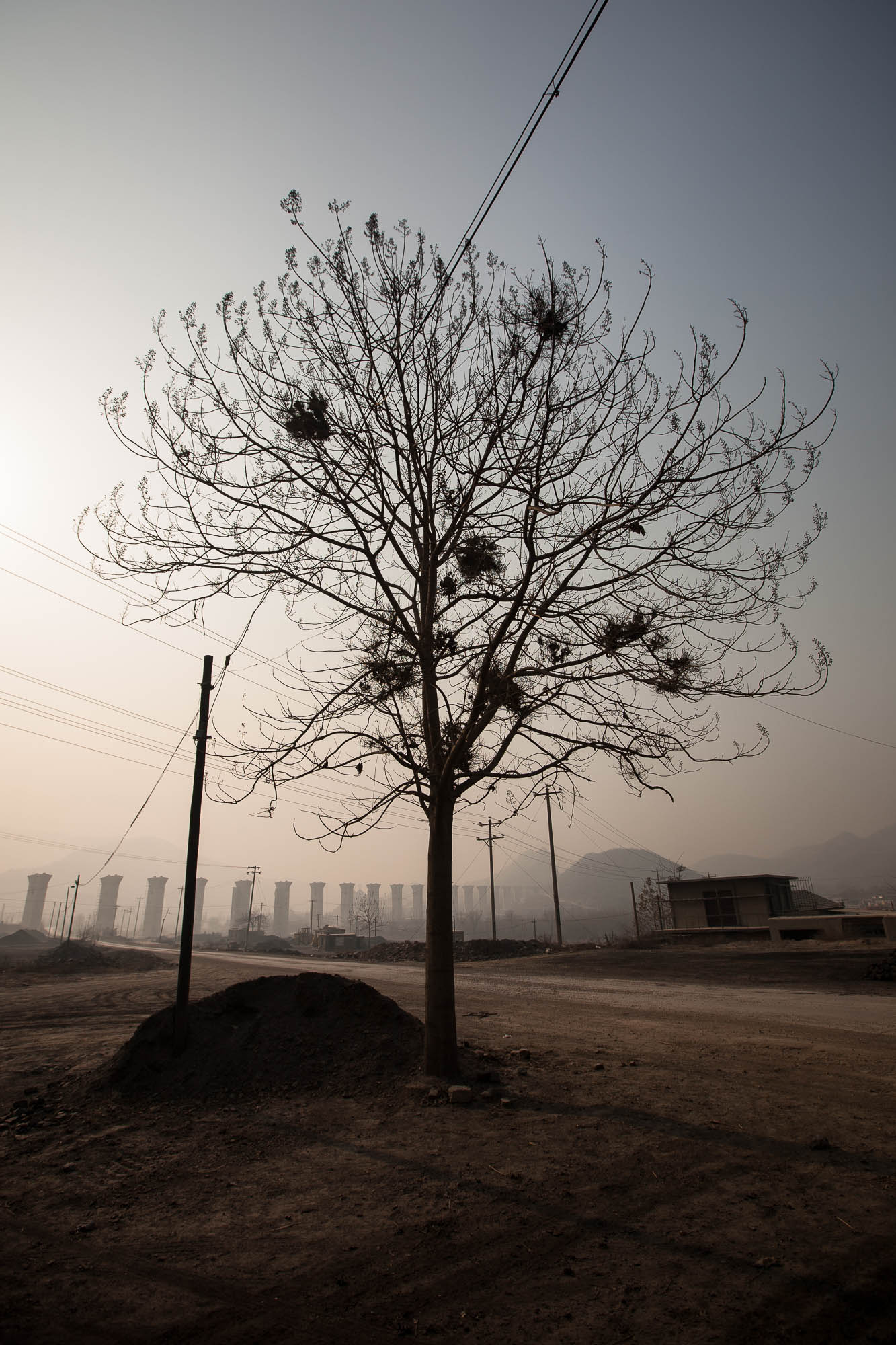 It reminded me of Yellowstone’s volcanic springs. In a very cynical way.

After all this I needed a break – and I found the perfect spot for it: 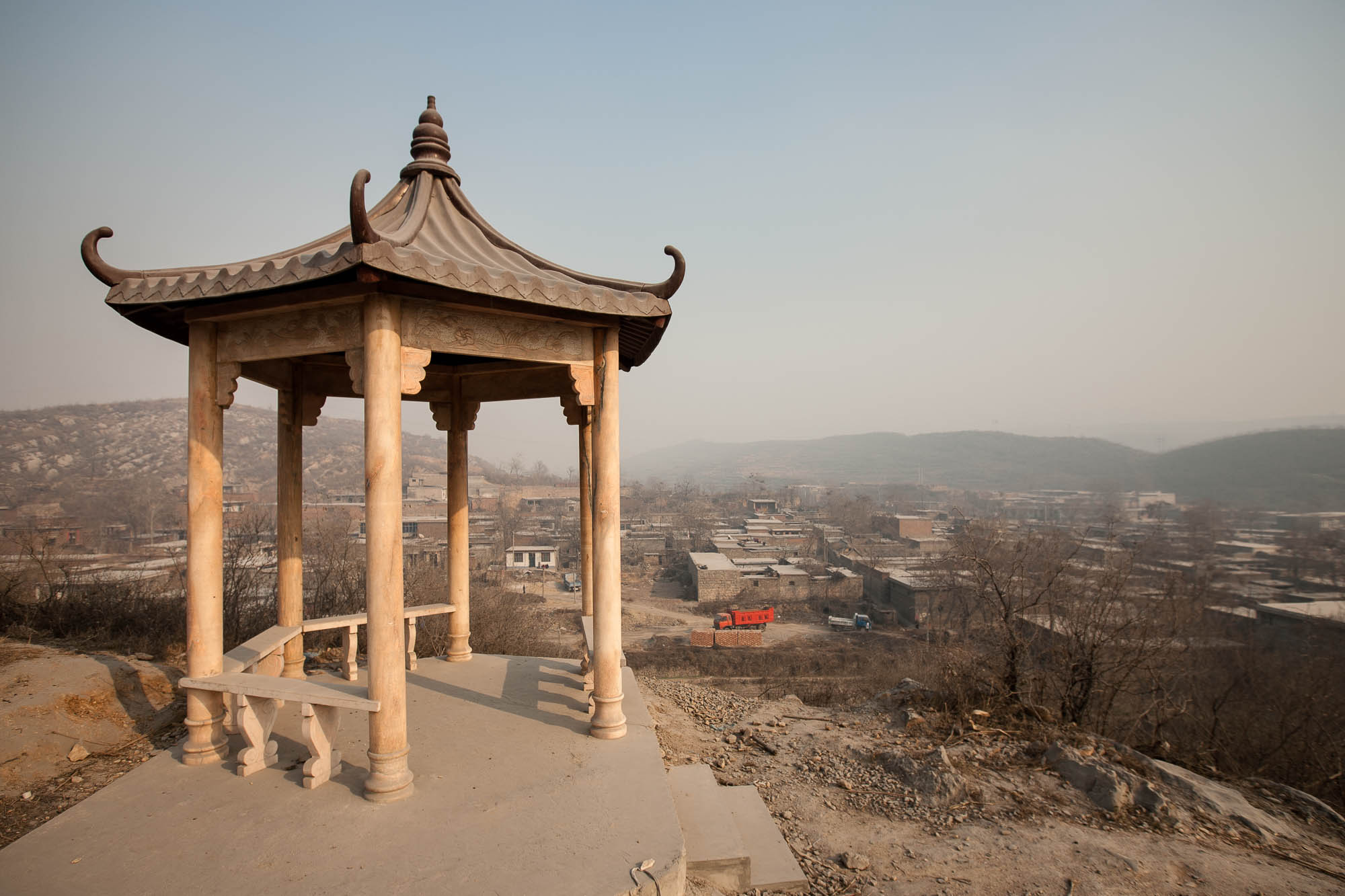 There wasn’t a bit of suffering up here.

Listening to the vehicles rushing by on the highway below, I was having crackers and a yogurt drink. That was until something came up soaring from below and BLASTED just a few meters from me, almost shattering my eardrums and thus ruining my lunch break.

Another f… wedding ceremony, I thought.

Someone once told me that I am very often wrong: It was a funeral. I didn’t want to bother these poor grieving souls, so I kept my distance, didn’t take a lot of pictures and just observed what was going on.

Suffering and sadness. Beautiful for the onlooker.

Enough of that – here’s something funny to round it up for today: Would you go eat there?

Everybody knows that some people in China eat dogs. It’s true. And every Chinese person is going to tell you that they don’t eat as many dogs as you would think. And that they only eat a special breed of dog, a kind of meat-dog, not your average pet dog around the corner. This is also true.

And so I wonder: who the hell came up with the idea for the design with the sad puppy in the pot? I mean, COME ON…

Oh, and I made sure that my hotel room had some adequate heating today: It was right next to the power plant. I’ll have a warm night I guess.

To the poor souls hurting today, to Nature bleeding away, to the people being or not being reformed through labor: I wish them peace.