This post is about a walk from Amasra to Bartin. I saw an awesome Roman monument, and I asked two Turkish TV stars for help.

I took the first ascent out of Amasra in one go, and I was surprised by the strength in my legs. Apparently the three days of rest had served them well. My back still wasn’t so good, but it seemed to get better the more I walked.

There were two ways out of town. I had chosen the harder one because I wanted to:

When I got to the parking area at the foot of the monument, I saw a tea garden with a crowd of people in it. They were swarming around with cameras and mics.

I asked them what they were trying to film, and they told me it was something for YouTube. I involuntarily started looking for young people with dyed, spiky hair, but there weren’t any. There were two older guys. Those were the protagonists of the show.

I shrugged and asked them to watch over the Caboose while I walked up the steps to the monument. I couldn’t wait.

Kuskayasi (“The Bird’s Rock”) was almost 2000 years old. The Romans, after taking control of the region, had come up here and carved a few things into the rock: an Imperial Eagle, a statue of a person, and a bunch of inscriptions.

I loved it so much.

Okay, both the statues of the eagle and the person had long lost their heads, but they were still so unmistakably Roman! And when I looked at the inscription I could decipher CLAUDIUS GERMANICUS. I had no idea who this was, but imagine my joy when I looked it up and found out that it was Emperor Claudius – grandson of Marc Anthony, uncle of Caligula, stepfather of Nero!

I stayed at the monument for a long time, bouncing around, letting out little shrieks of joy.

Then the film crew came and we talked some more. One of the protagonists breathed heavily as he climbed up the last steps, and when I pointed at the monument and said “amazing” he repeated “yes, amazing” in a completely unamazed way and paused to catch his breath. The film crew laughed, and I figured that he might be a comedian.

I asked for the protagonists’ names and sent them to the Kantian. He said they were indeed pretty famous. He also suggested that I ask them to help me get permission to walk across the bridge over the Bosphorus.

So I asked them, and in my helplessness I told them that if if they could make it happen, I would give them chocolate. They laughed and said they would try. Then they and their film crew left.

I still wasn’t sure who they were, though. Their names were Can Yılmaz and Zafer Algöz, and the rest of the way to Bartin was smooth and easy.

The road to walk from Amasra to Bartin: 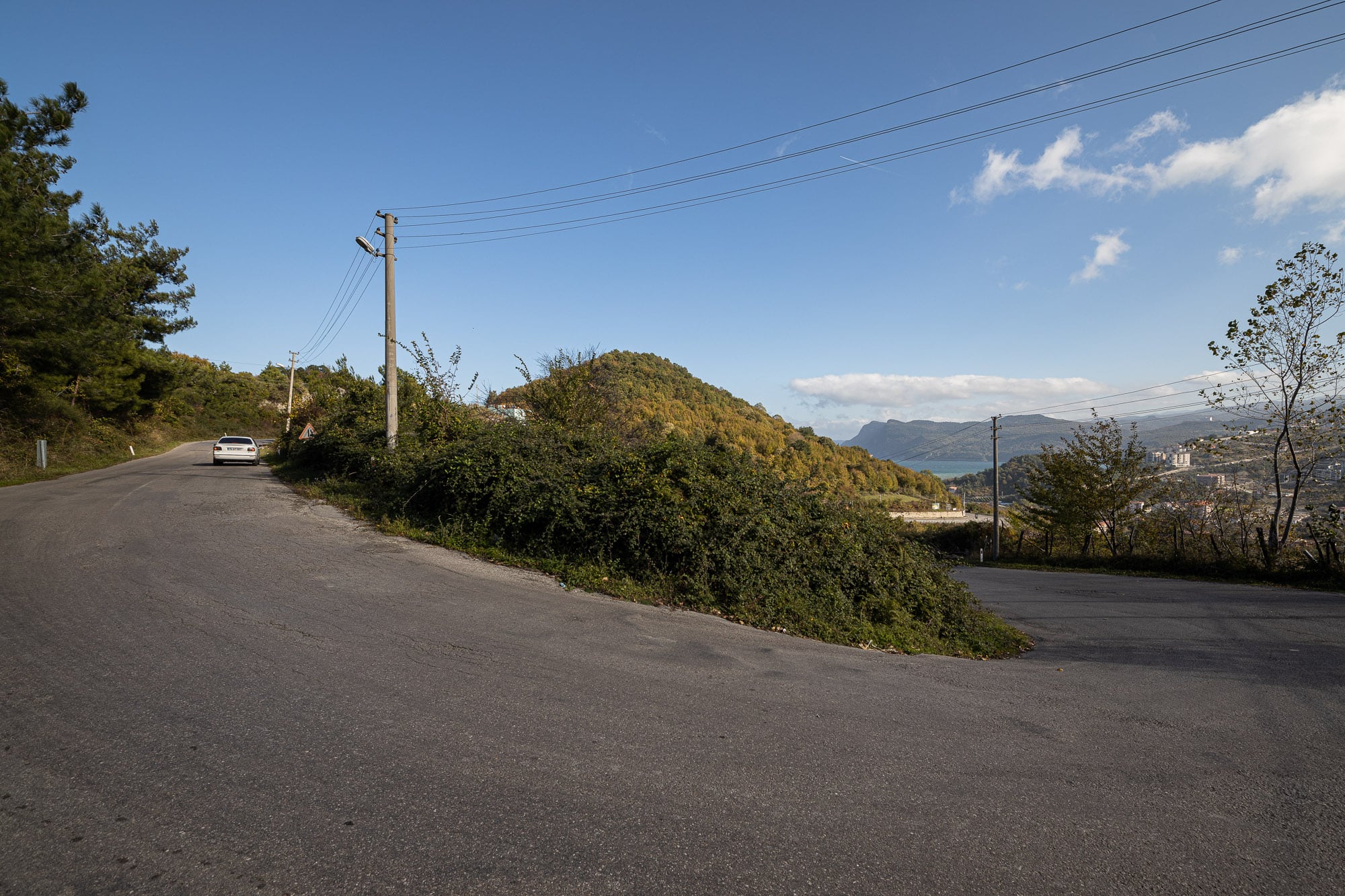 The Bird’s Rock monument near Amasra: 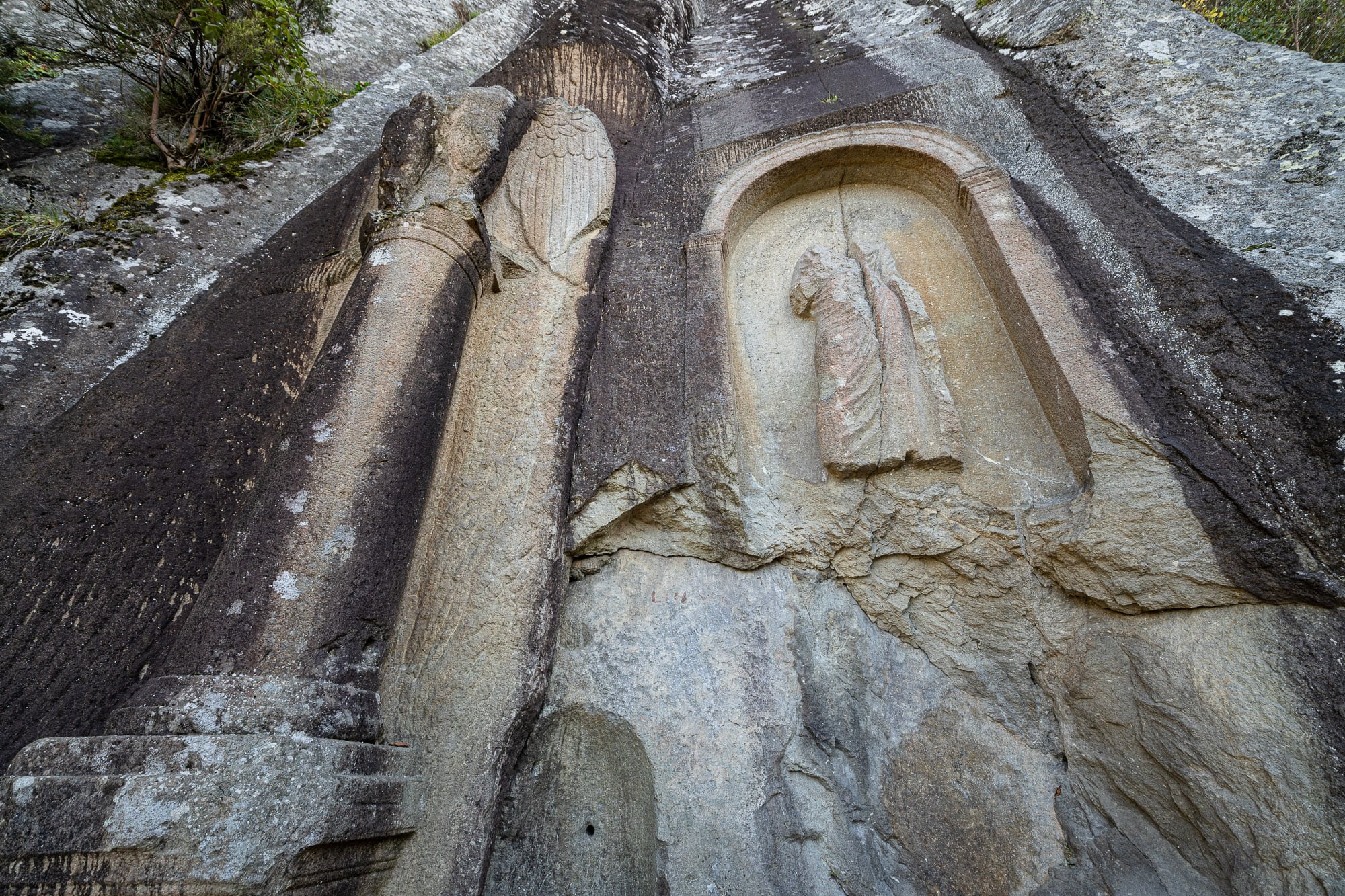 Zafer Algöz and the film crew: 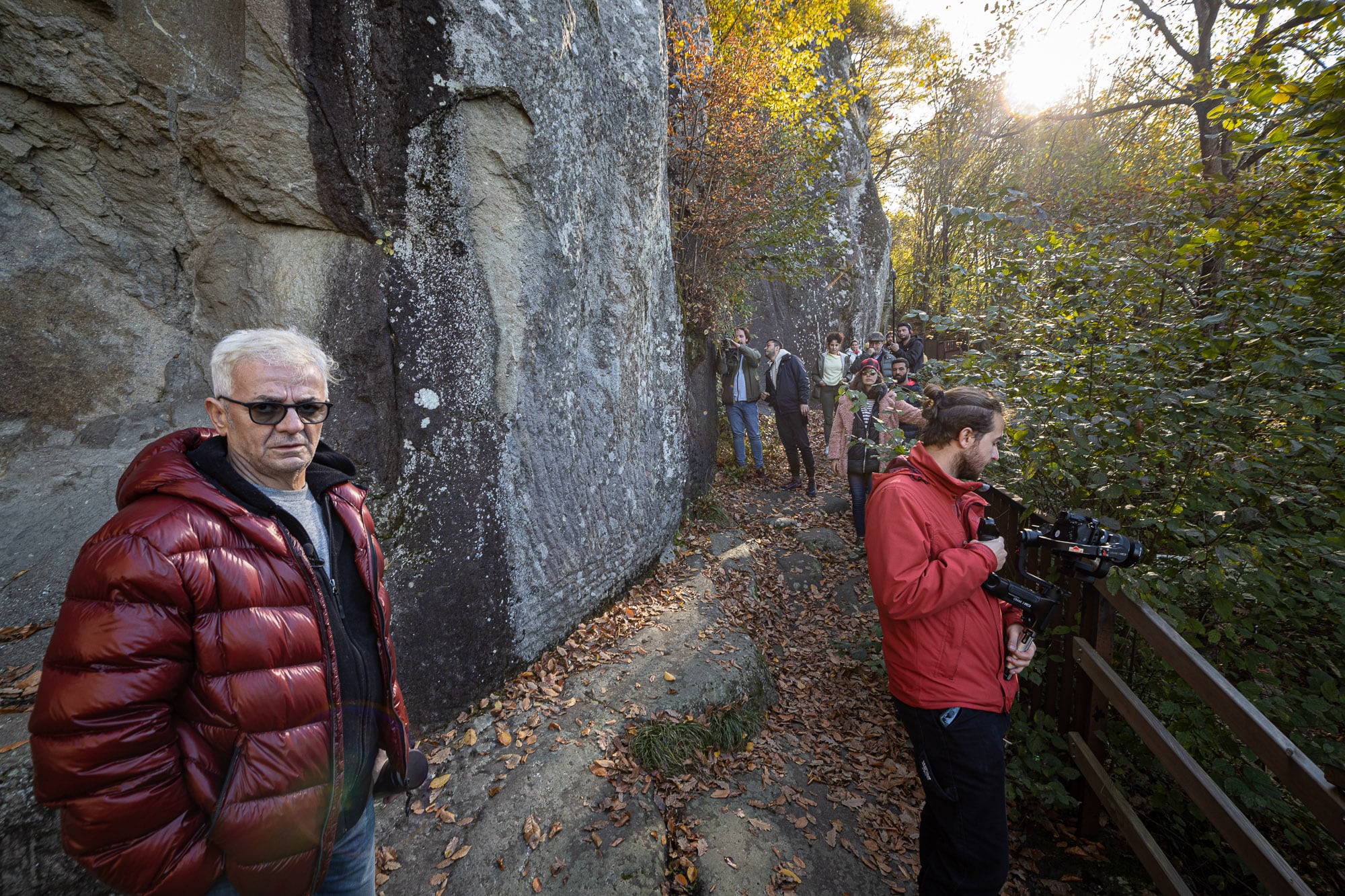 The tea garden on the road between Amasra and Bartin: 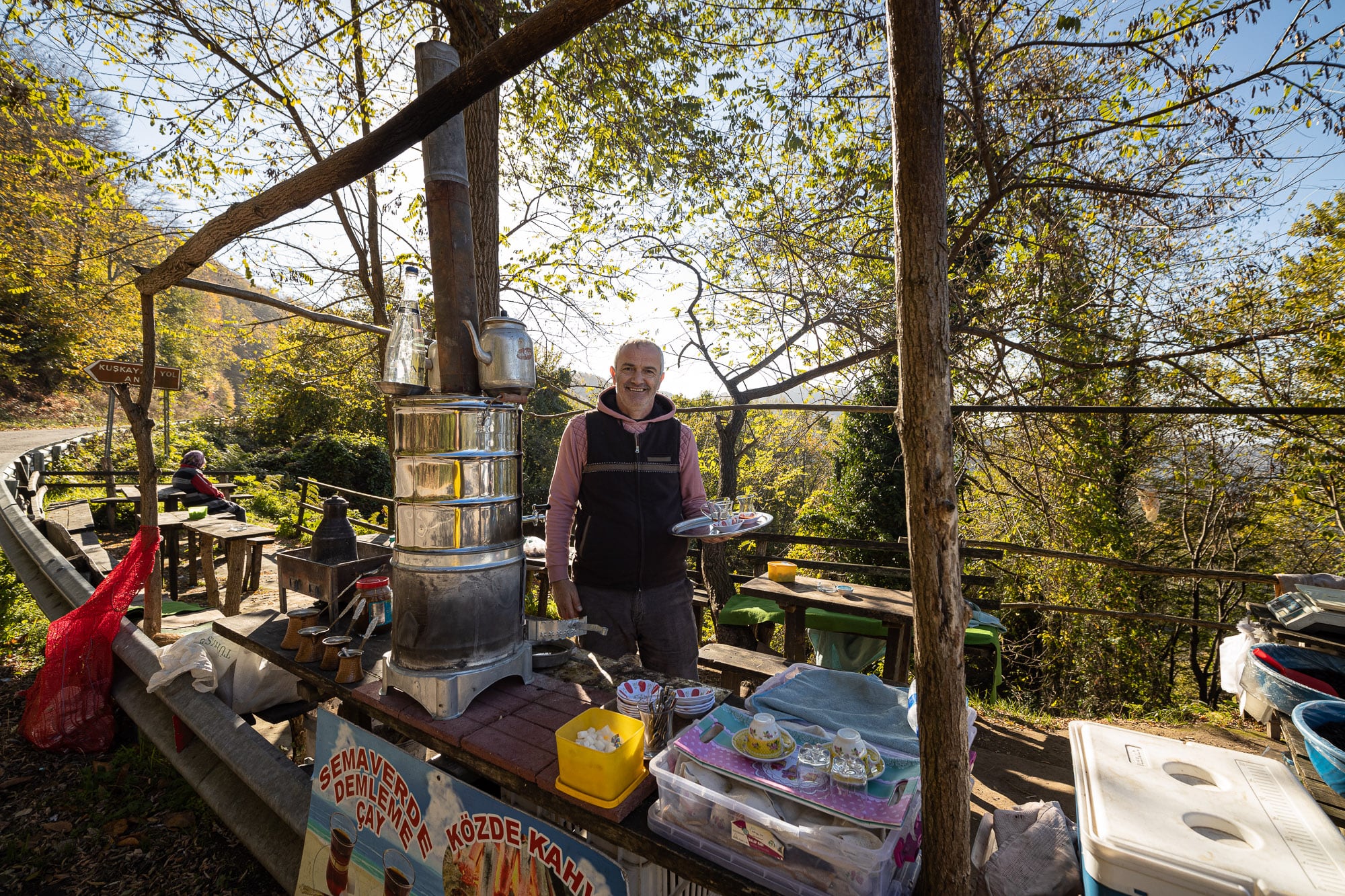 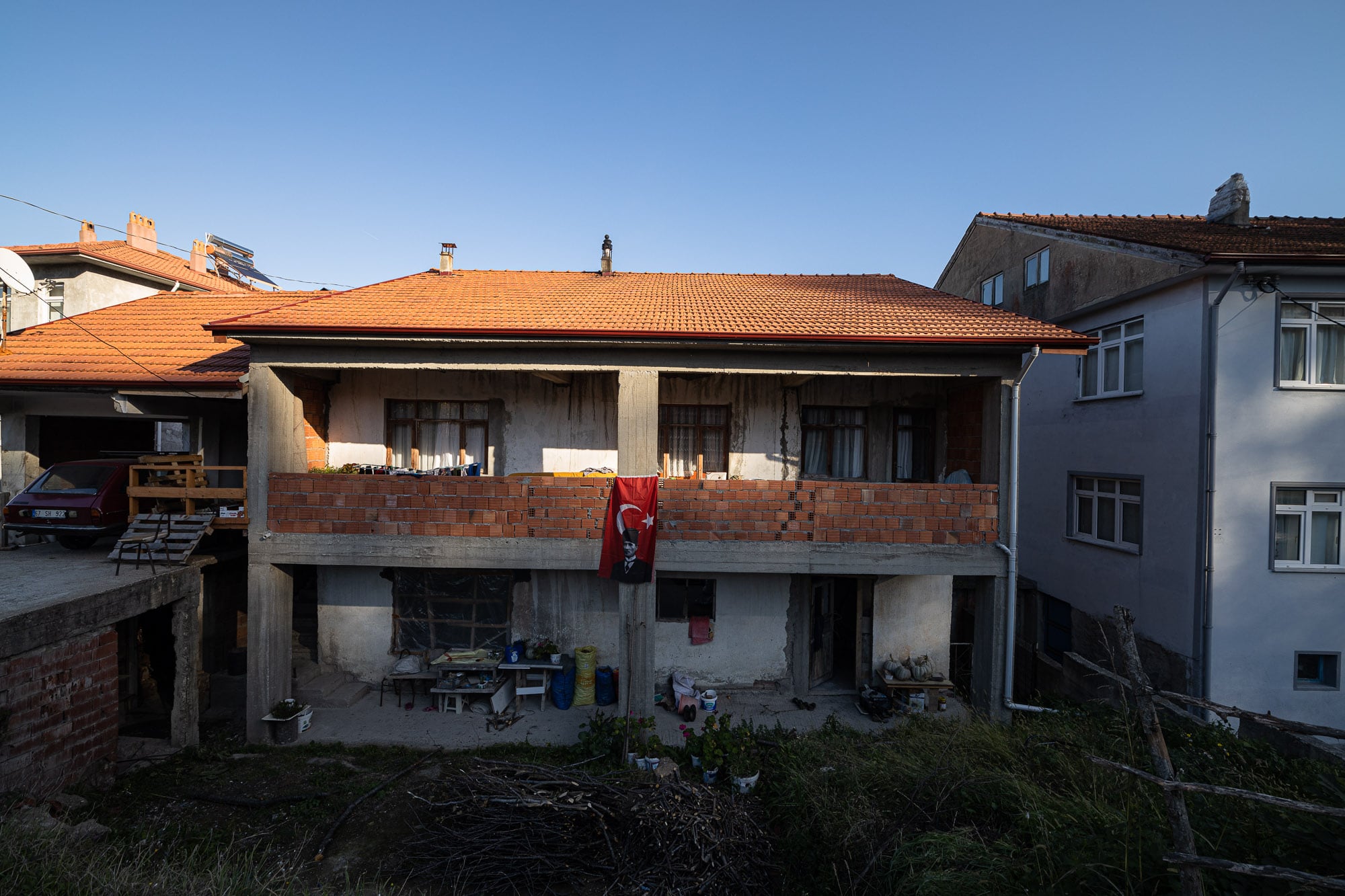 Public water fountain in a village: 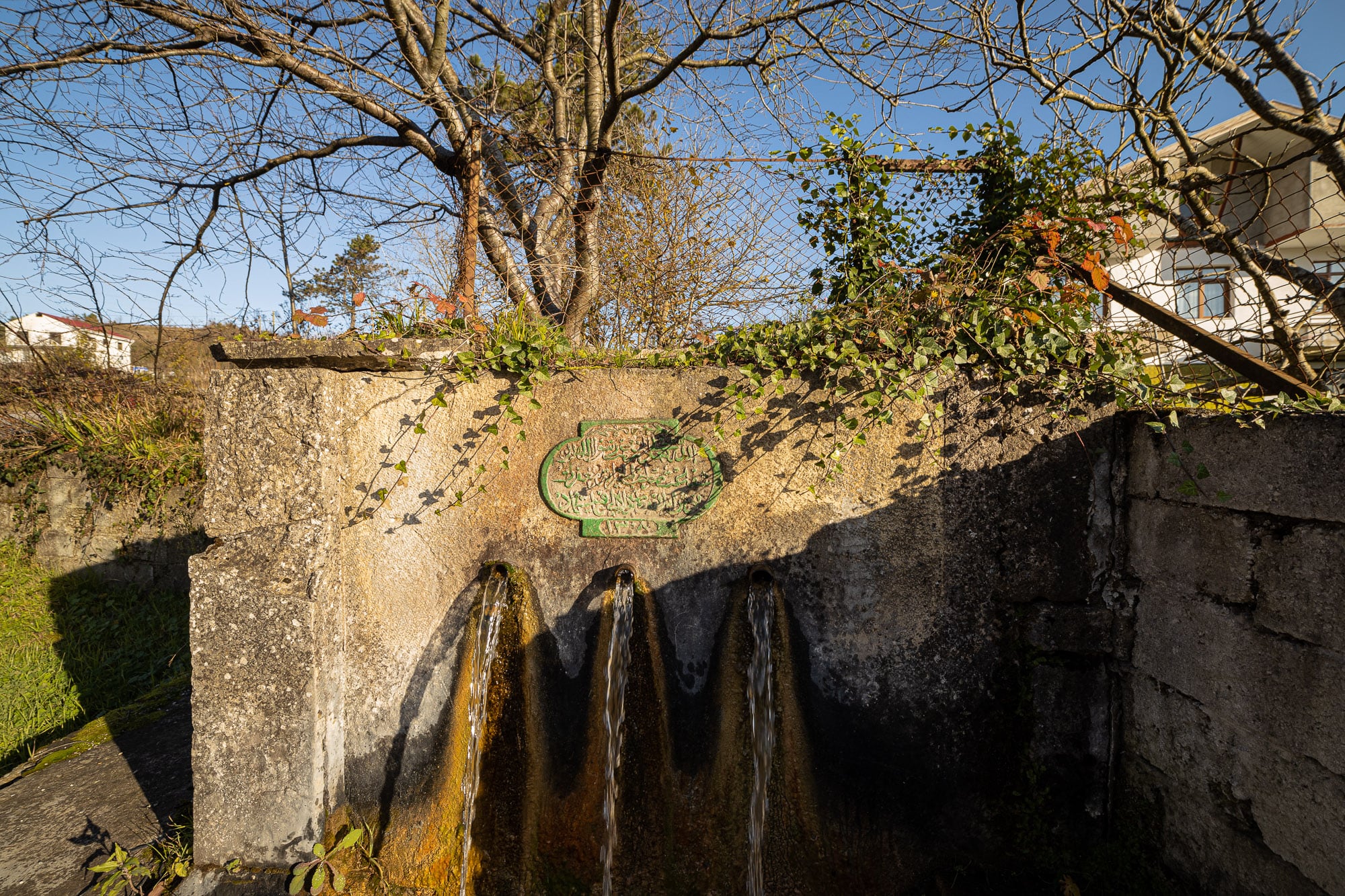 The road from Amasra to Bartin: 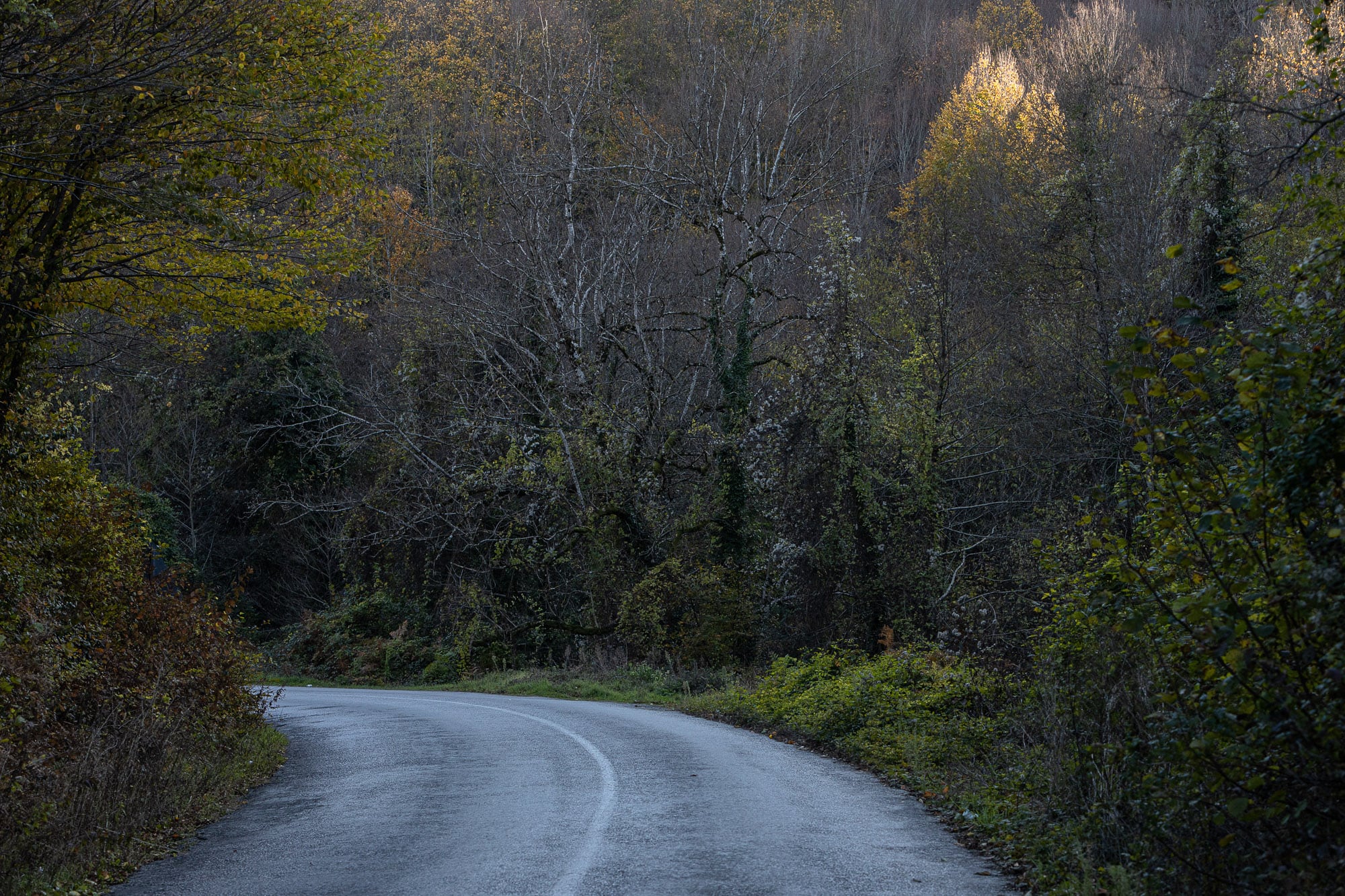 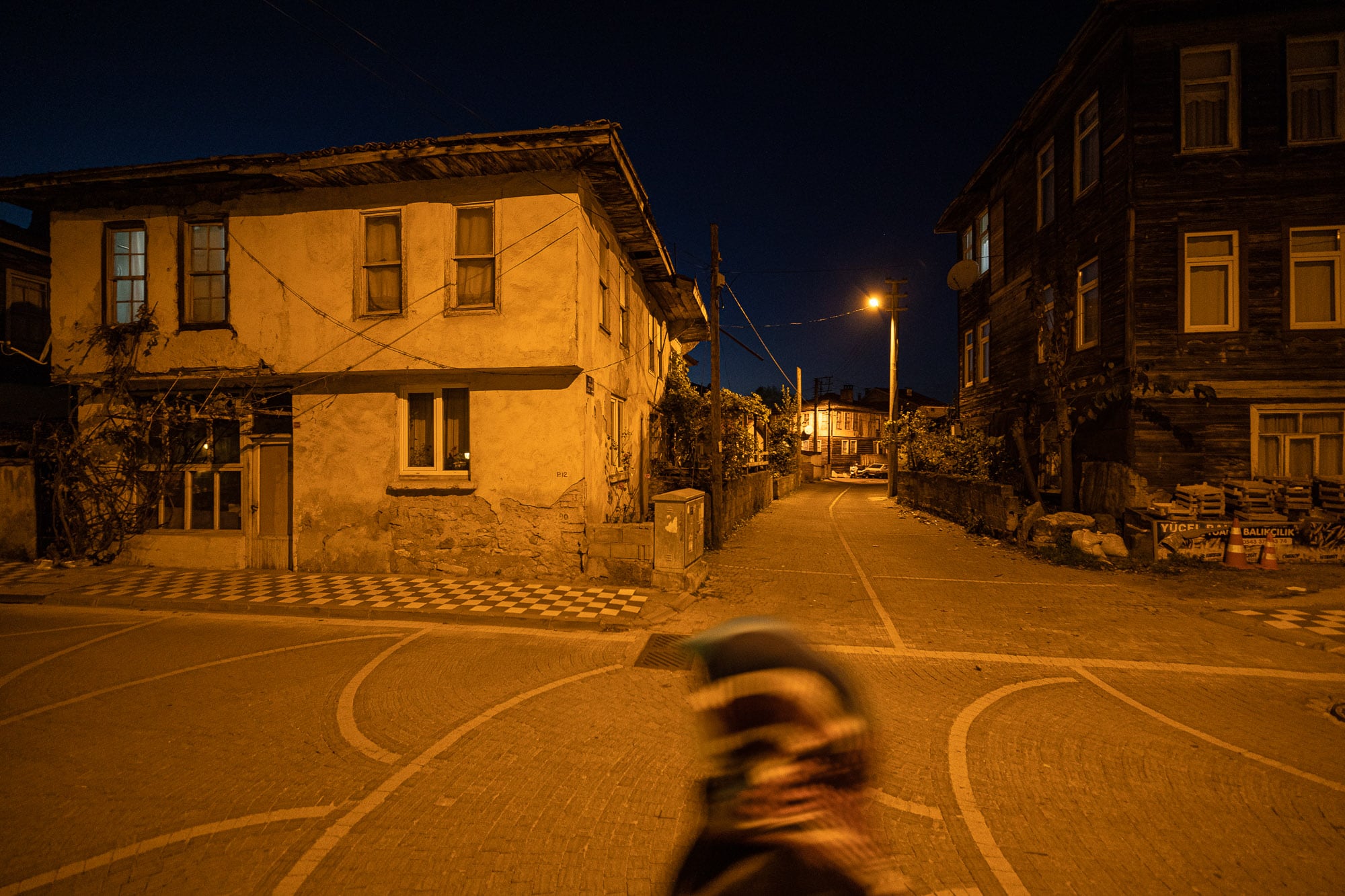 Roadside dinner of beans and rice: 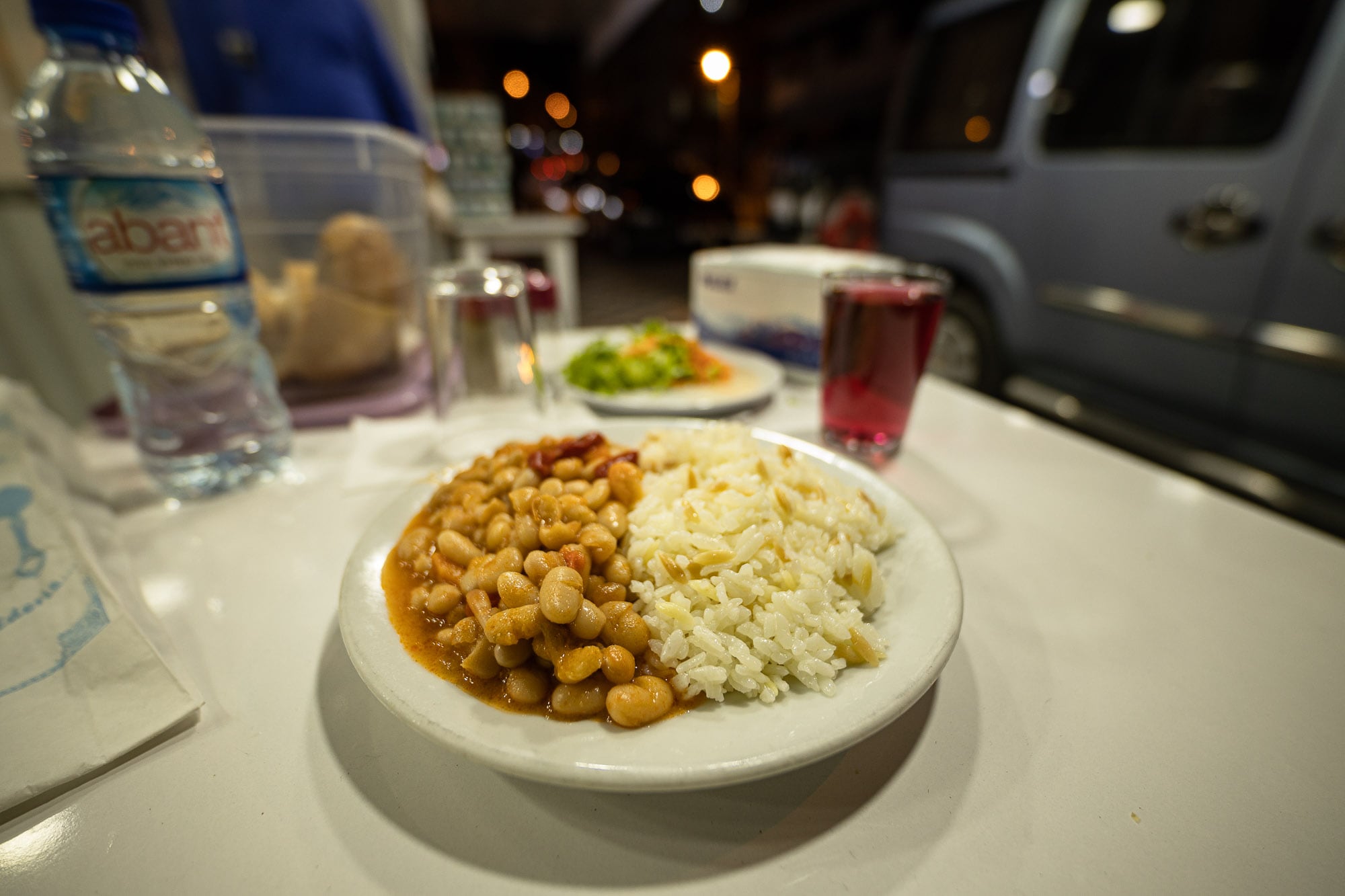 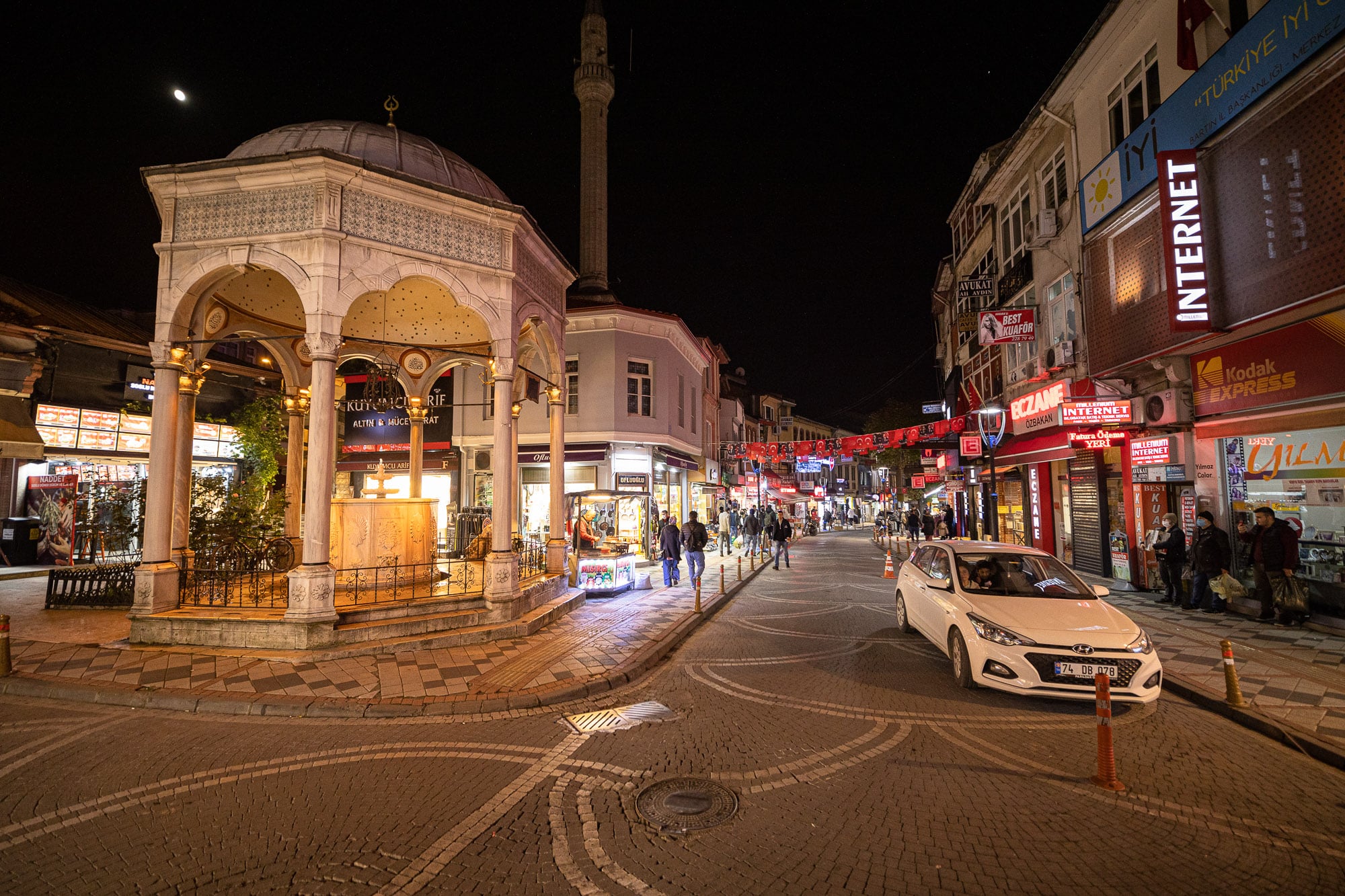 Day 1550
from Amasra to Bartin