I woke up at five thirty in a hotel room, looked out of the window, saw that it was raining in the dark, and went back to sleep.

When I started walking it was already nine thirty, the rain had stopped, and the road was very quiet: 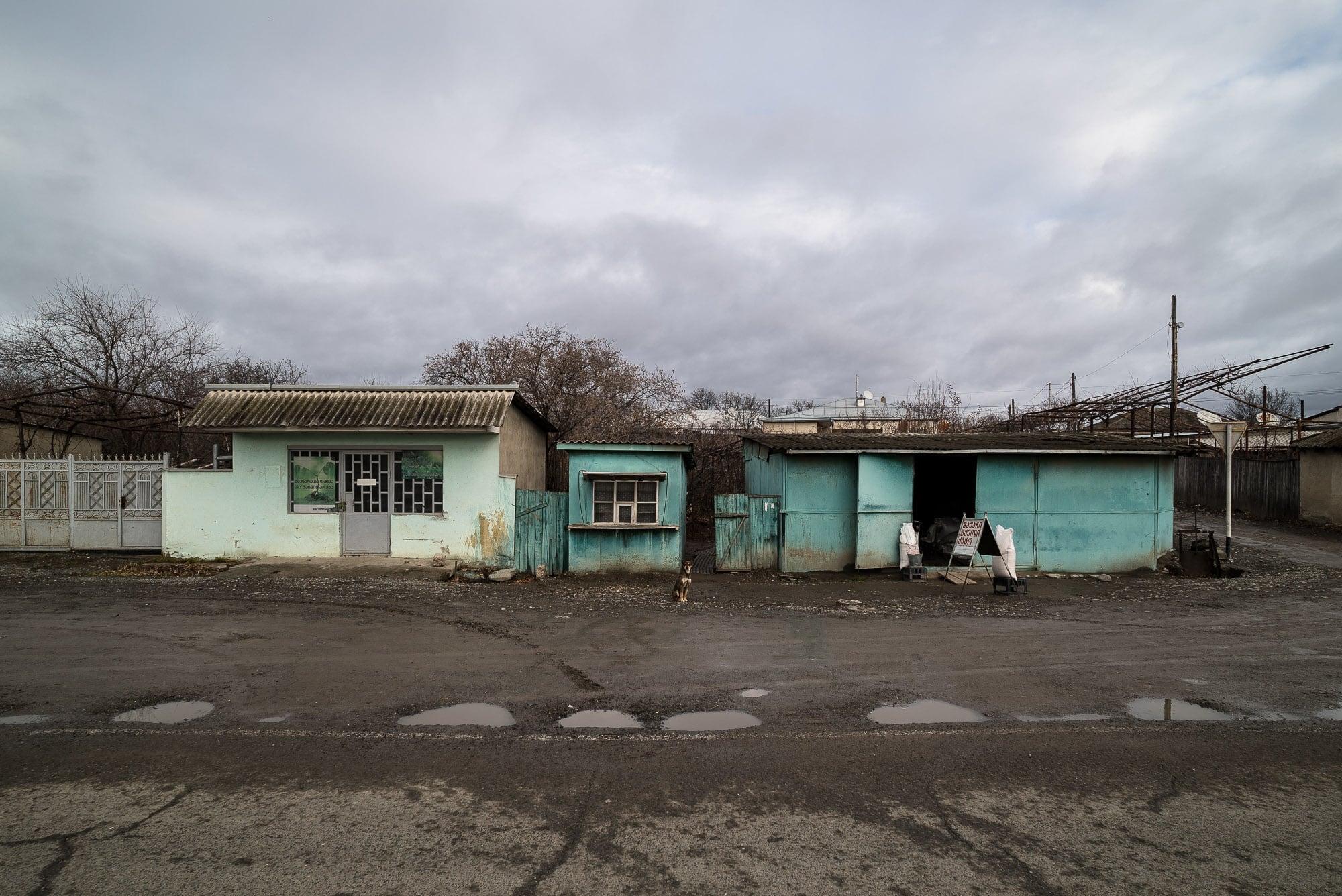 There was a dead dog in a puddle of water on the road, just one of the many traffic victims that I had come across on my walk: 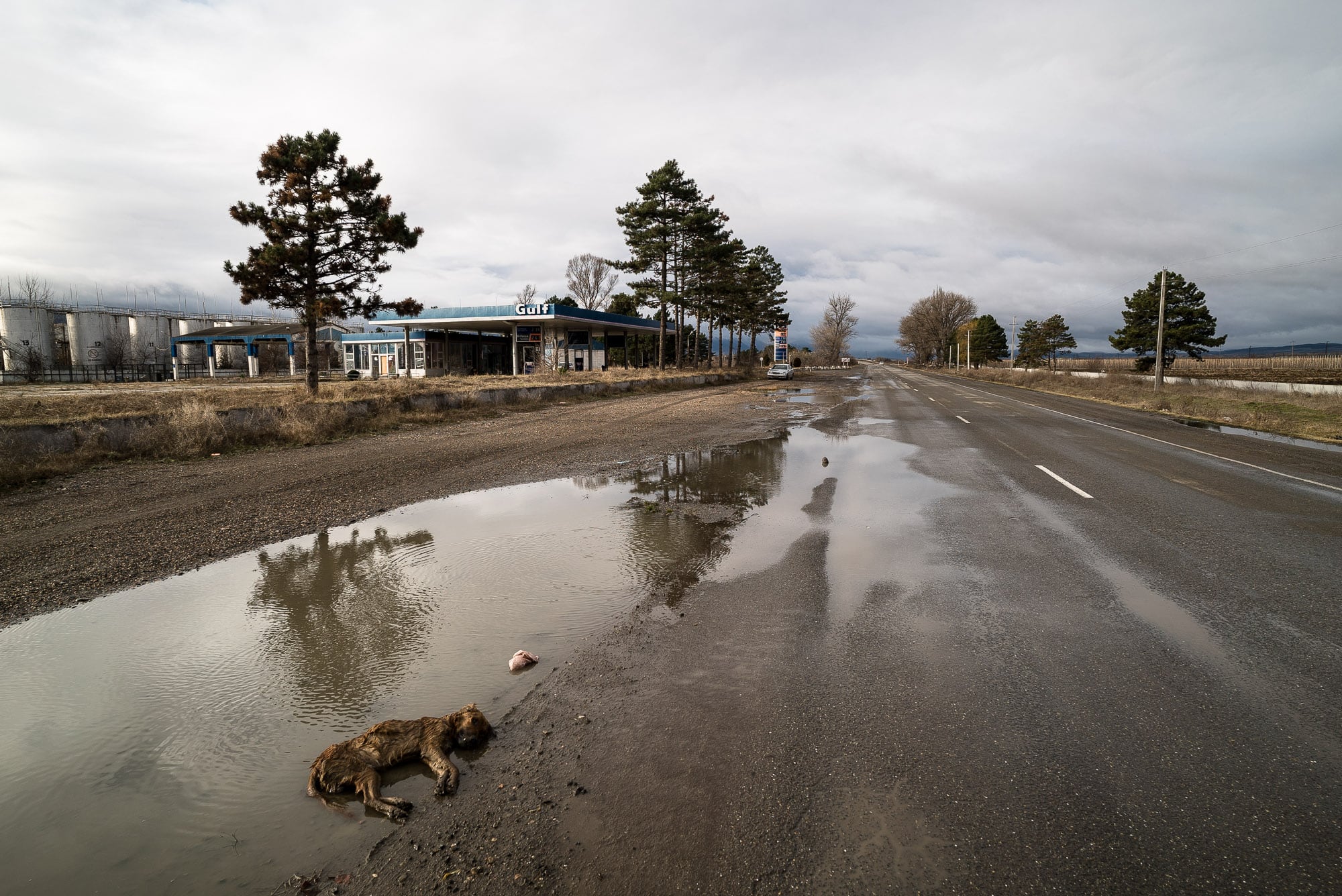 The dogs that were still alive were mostly mean, though, and they got meaner when they were in numbers of three or four (or more): 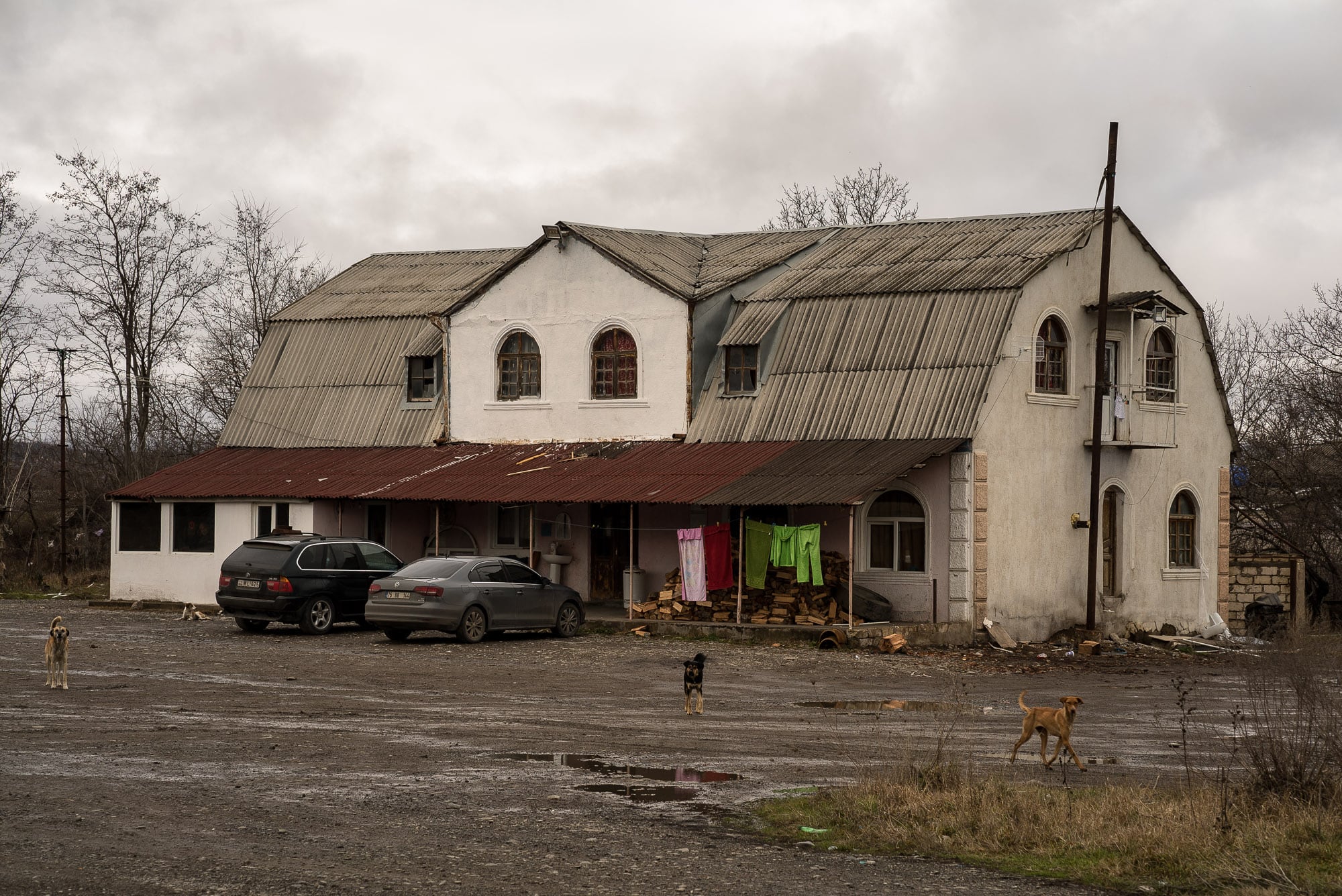 When I saw signs that pointed to a place called Gomi I wondered where I had heard the name before. It turned out to be a major vodka brand in Georgia, and I had sampled one of their bottles before: 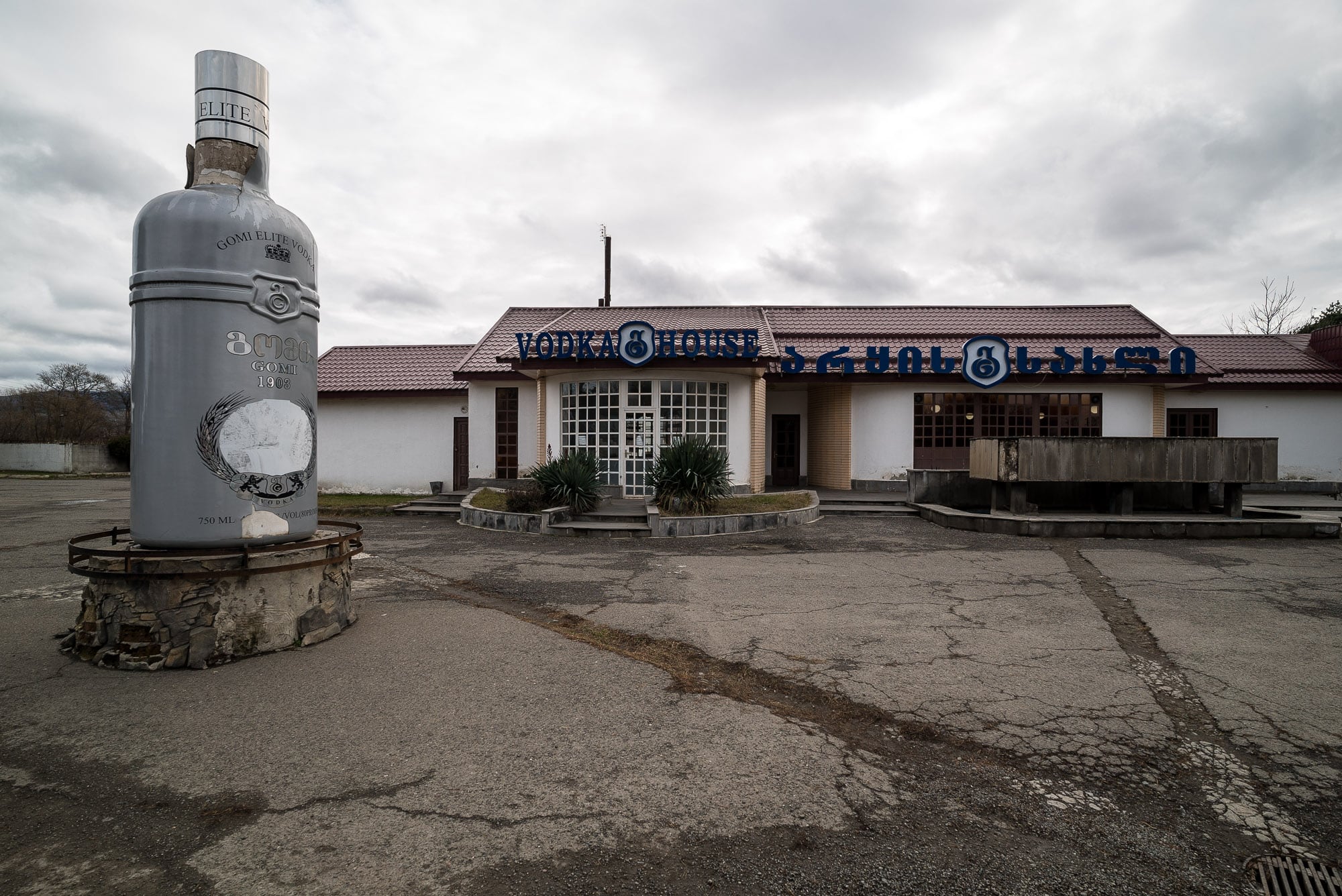 Sadly, they were not open to visitors.

The road got really busy after this. I think it converged with the highway. There was an ad with a dude enjoying hammock time: 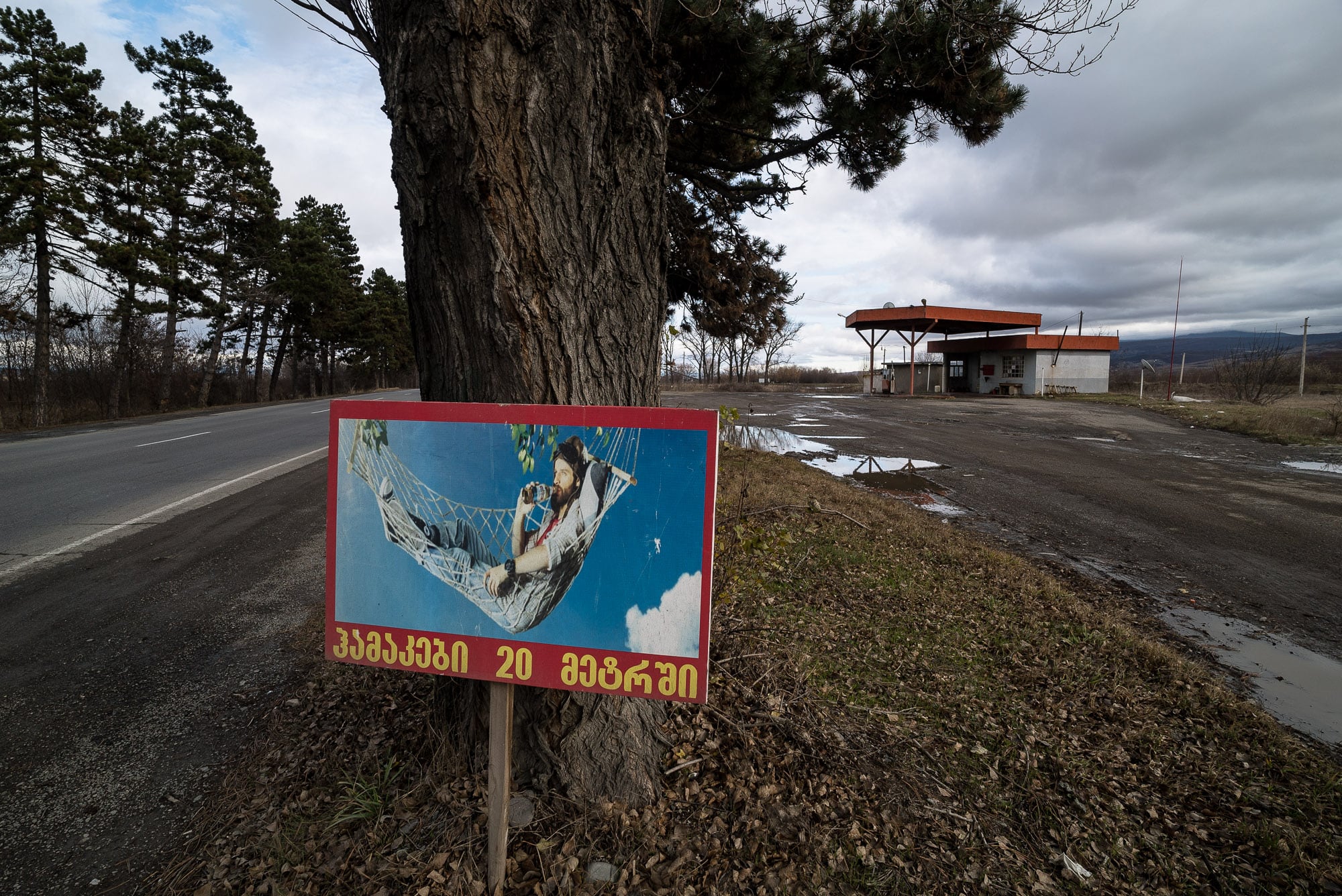 But it was too chilly for that: 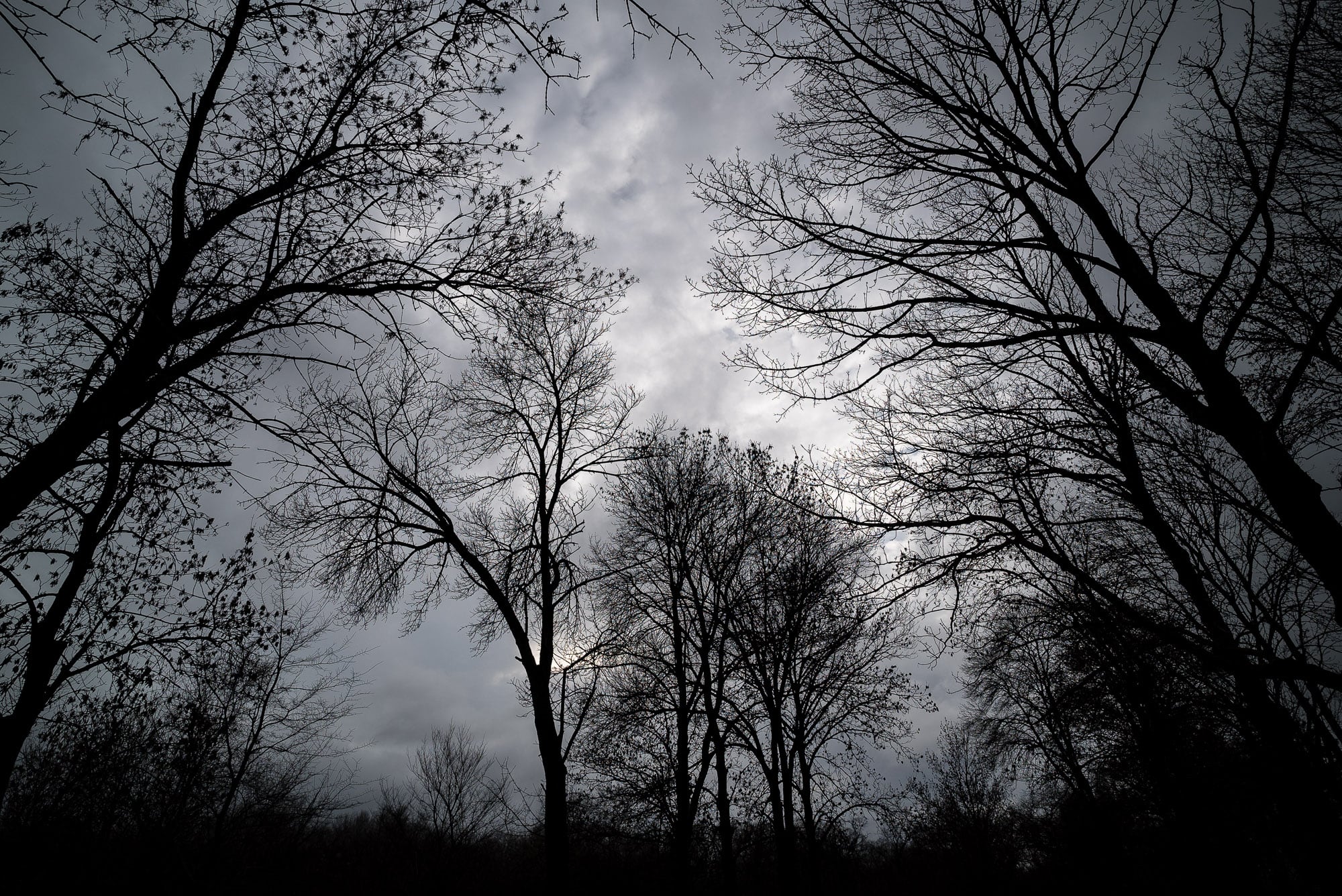 And I apparently wasn’t the only one who was feeling the cold: 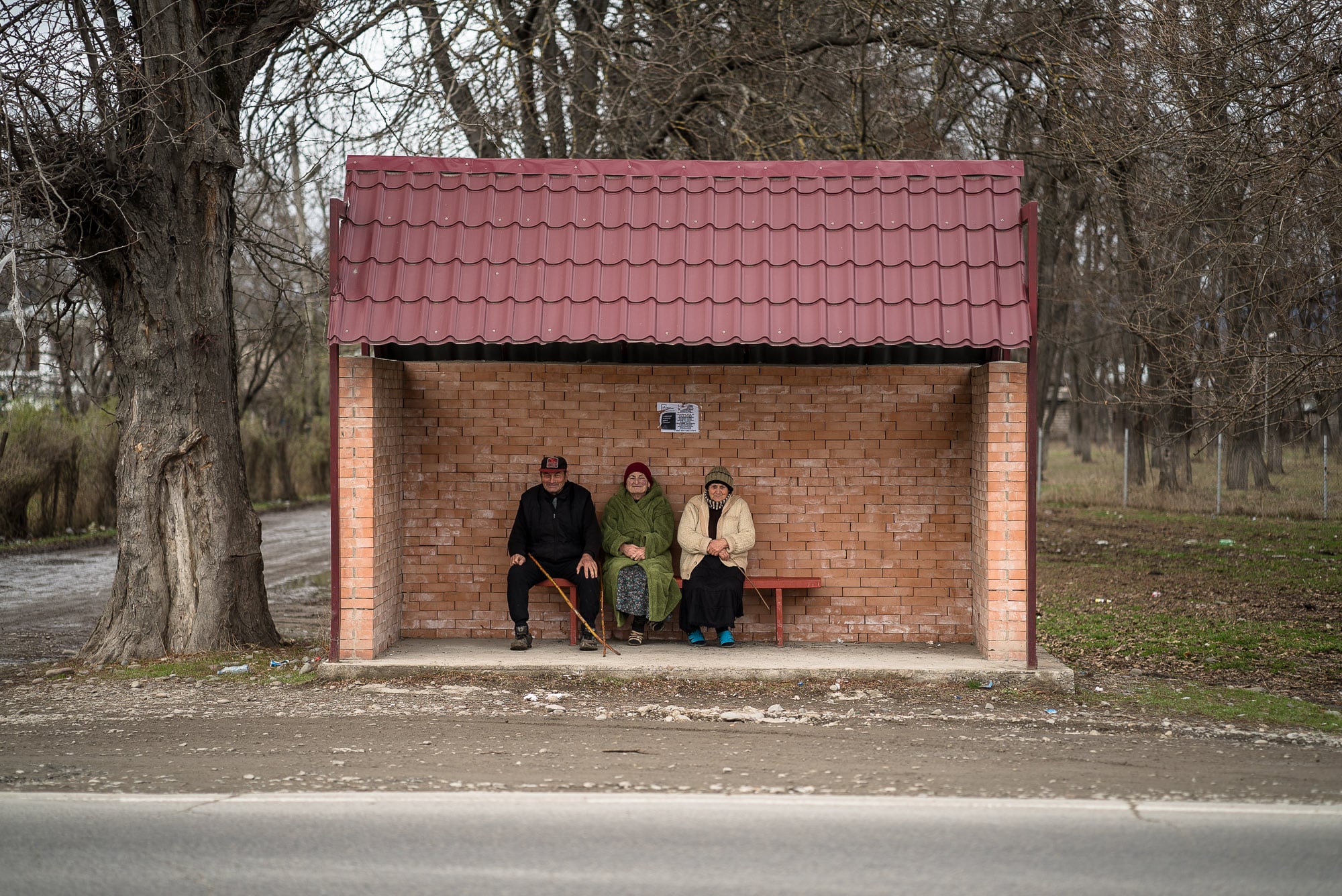 When I reached the town of Khashuri, I went straight to a place marked as FORTRESS on the map: 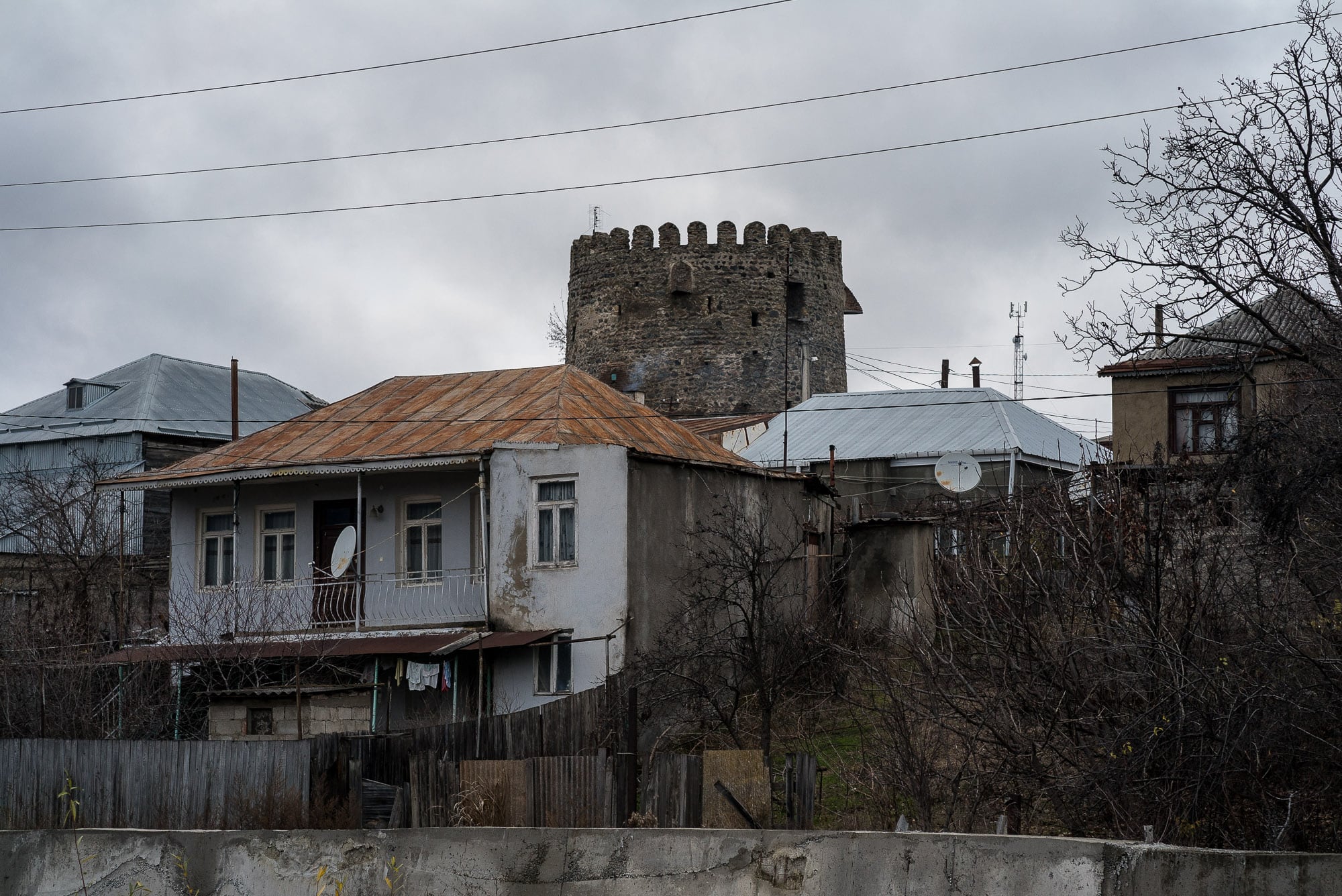 All I could find was just this tower in a back alley: 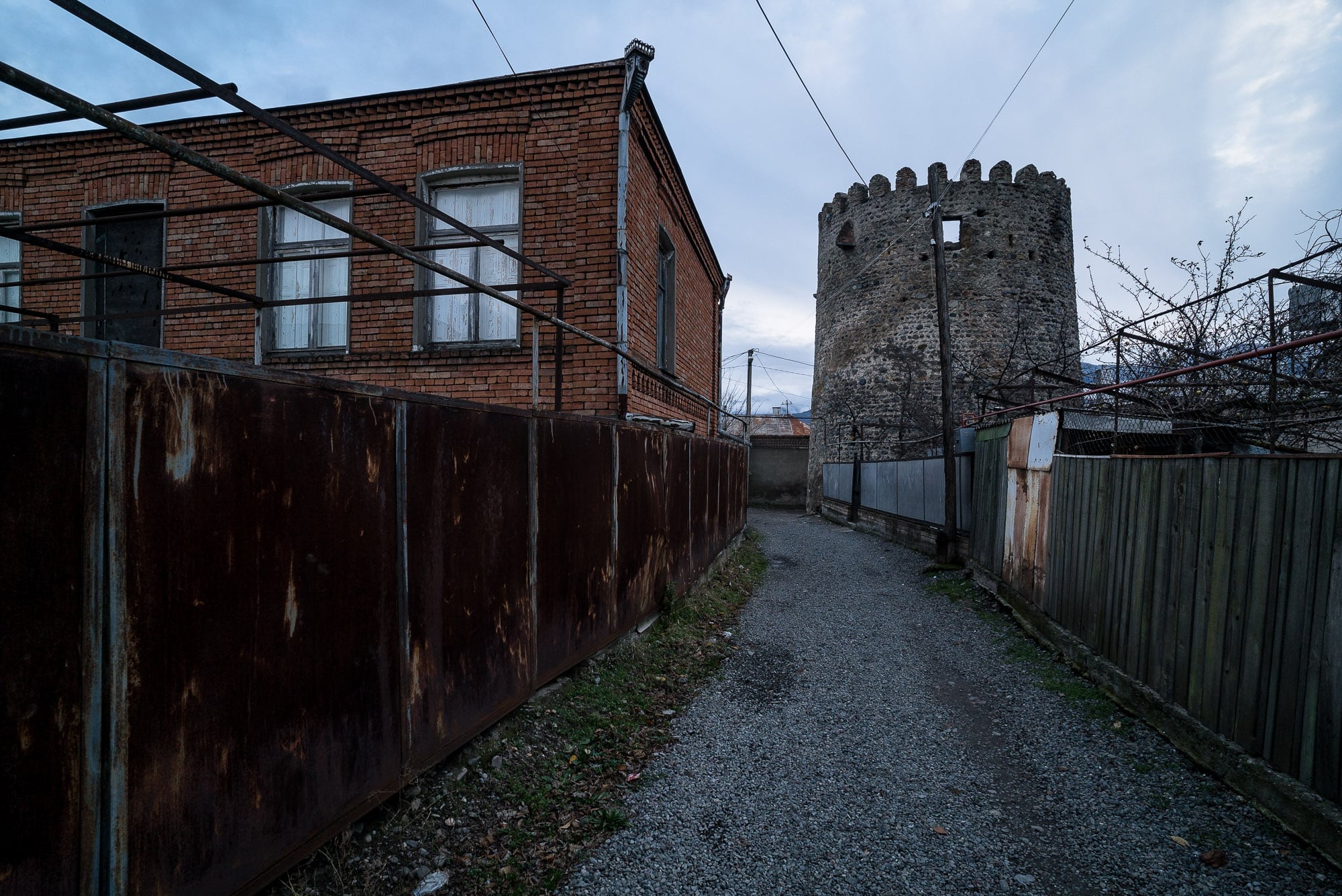 I mean, it was a nice tower, though.

There was a graffito that reminded me of Tbilisi: 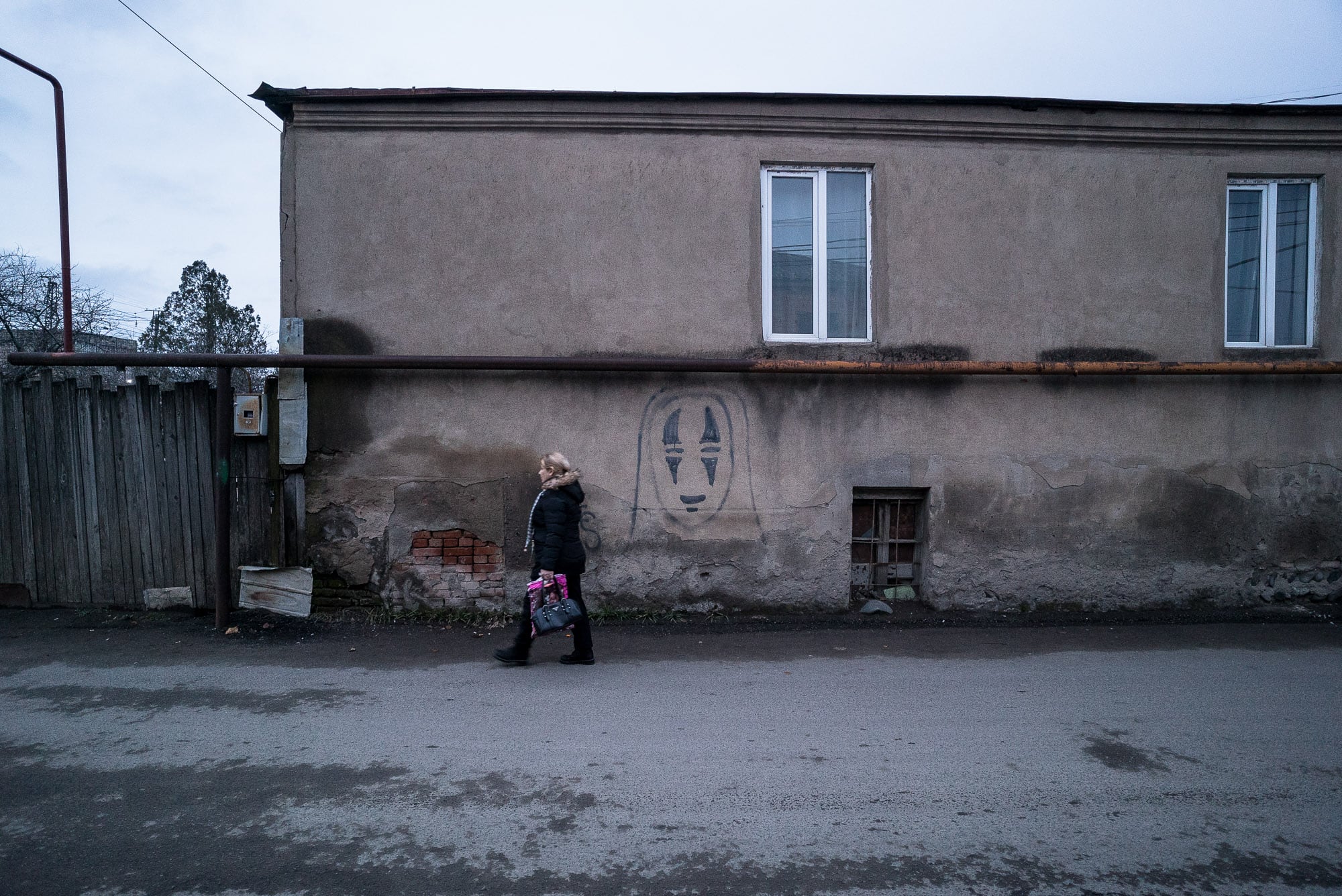 And then, as I was trying to make my way through the little alleys of Khashuri, I reached an old stadium: 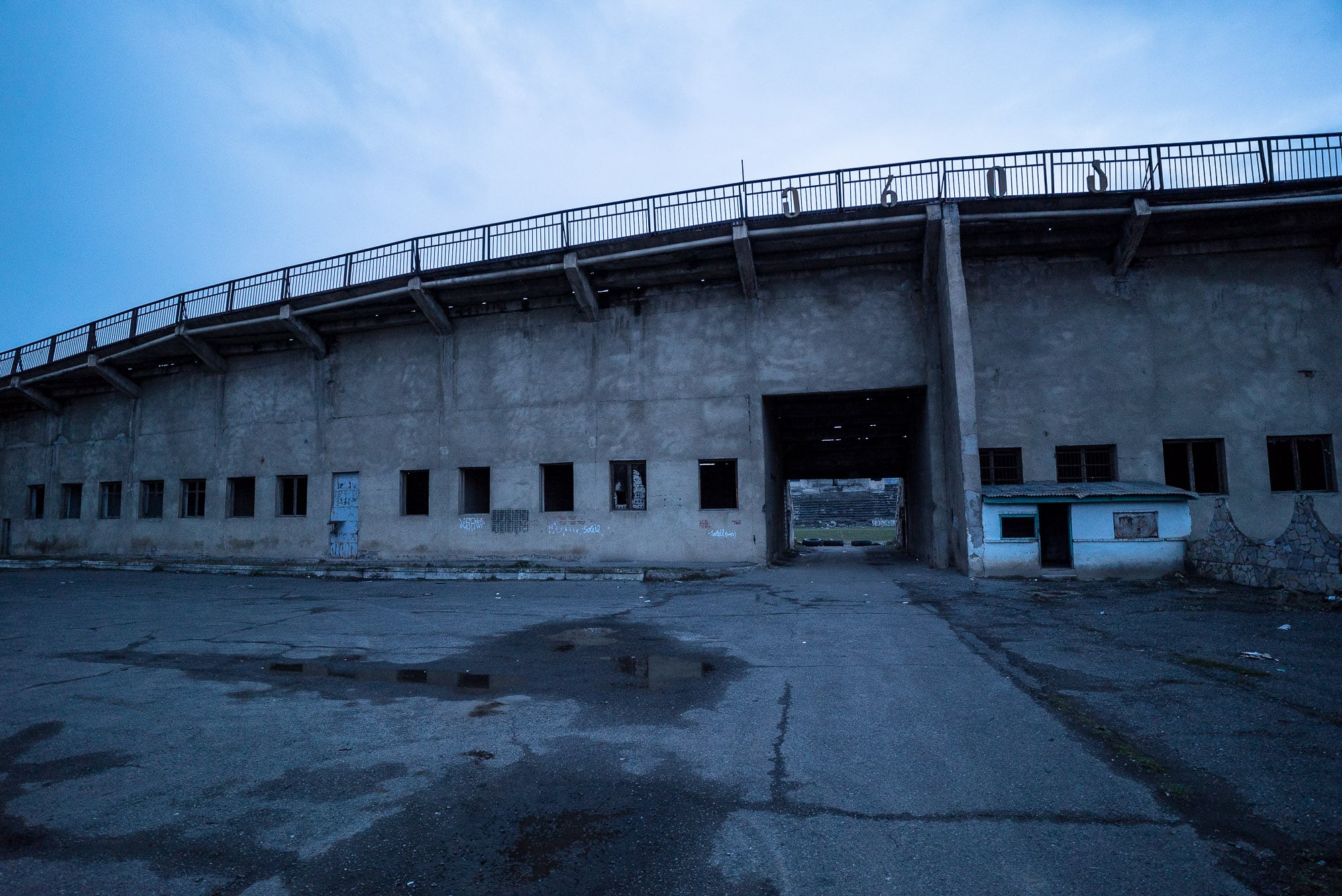 Or rather, I didn’t know how old it was. From the look of it, it was probably Soviet. But by now it had been deserted and left to rot: 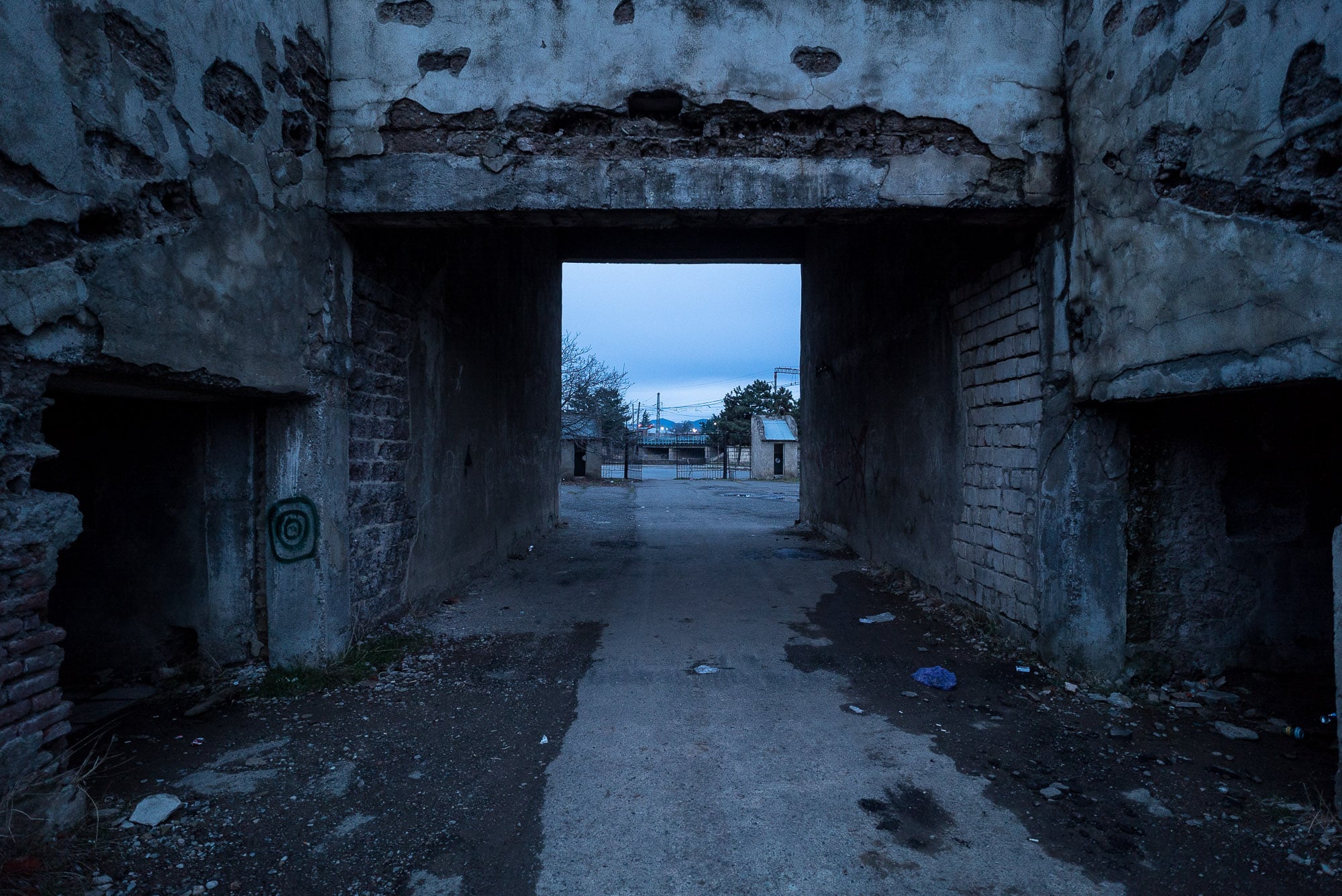 When I ventured inside, it actually reminded me of some of the ancient ruins I had seen on my way, like the city of Merv in Turkmenistan: 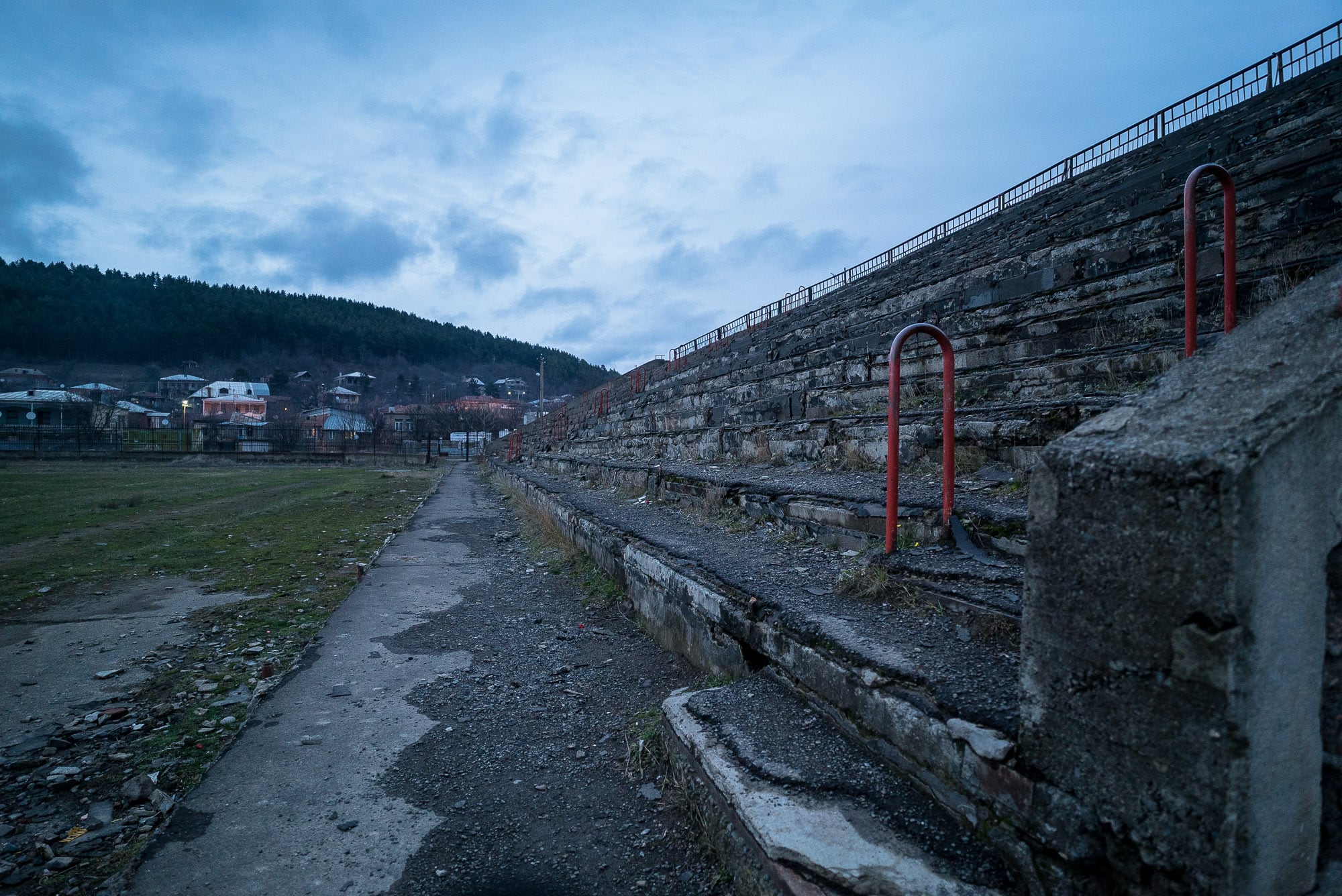 Of course this was a rather uncontrolled association.

I had been expecting to find young people inside the stadium ruins, but maybe it was due to the weather that I didn’t see any. I came across their graffiti, though: 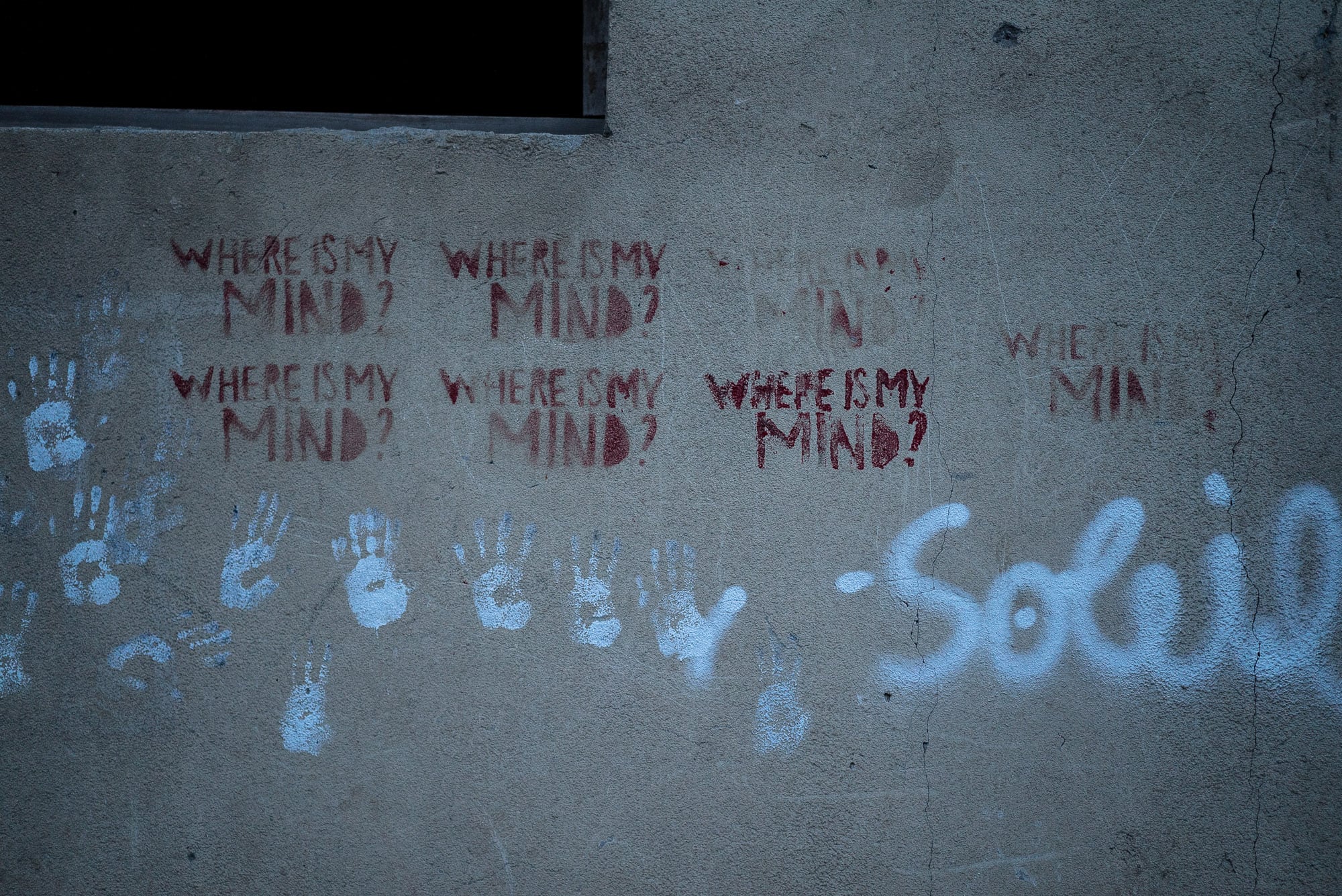 WHERE IS MY MIND?

I had another hour to walk after that. It was raining a bit, and the back alleys were full of potholes that had filled up with water: 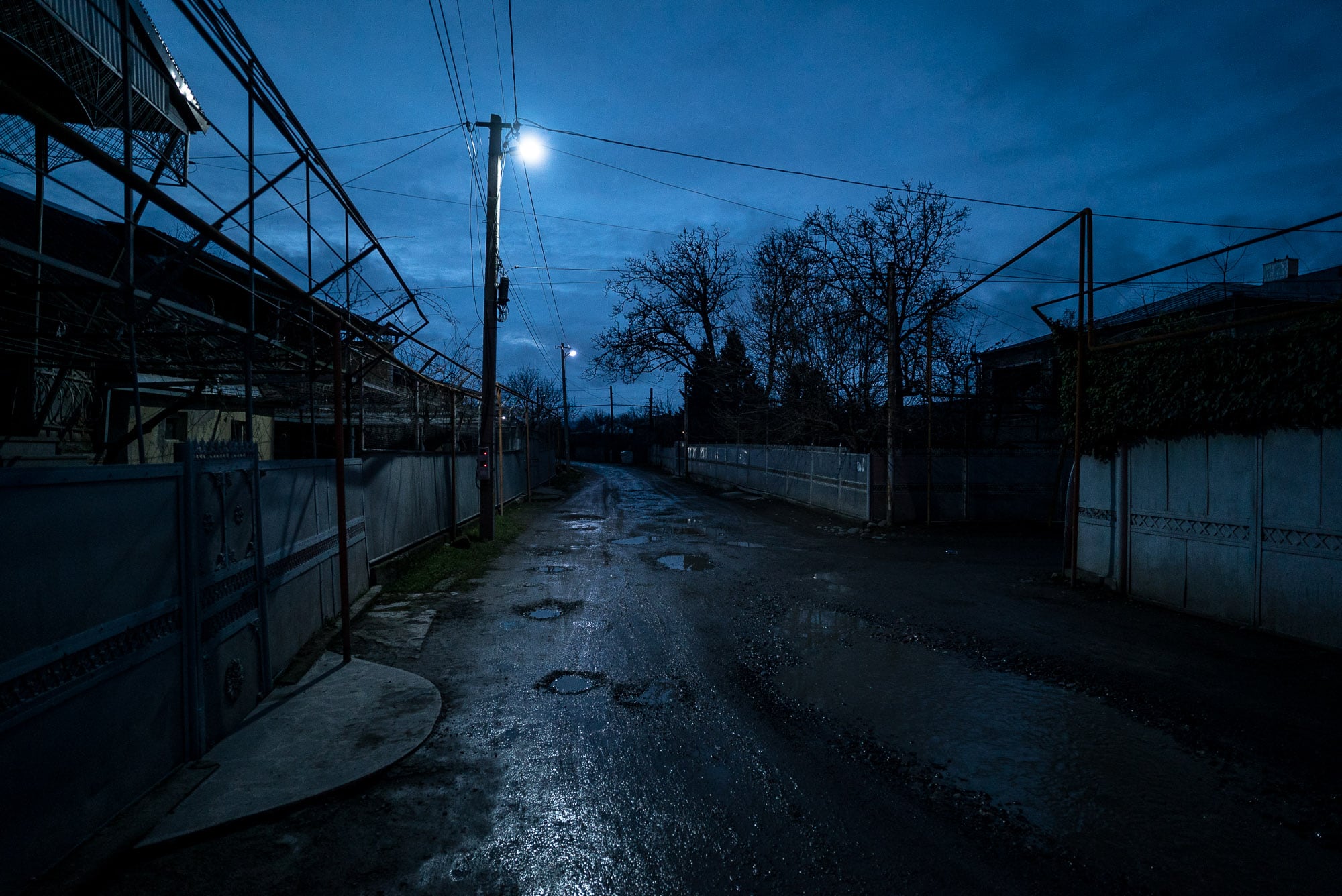 So I switched to a different road, one with a better surface. It was almost totally dark, though, and I walked in the limited light of my little headtorch until I reached this cross: 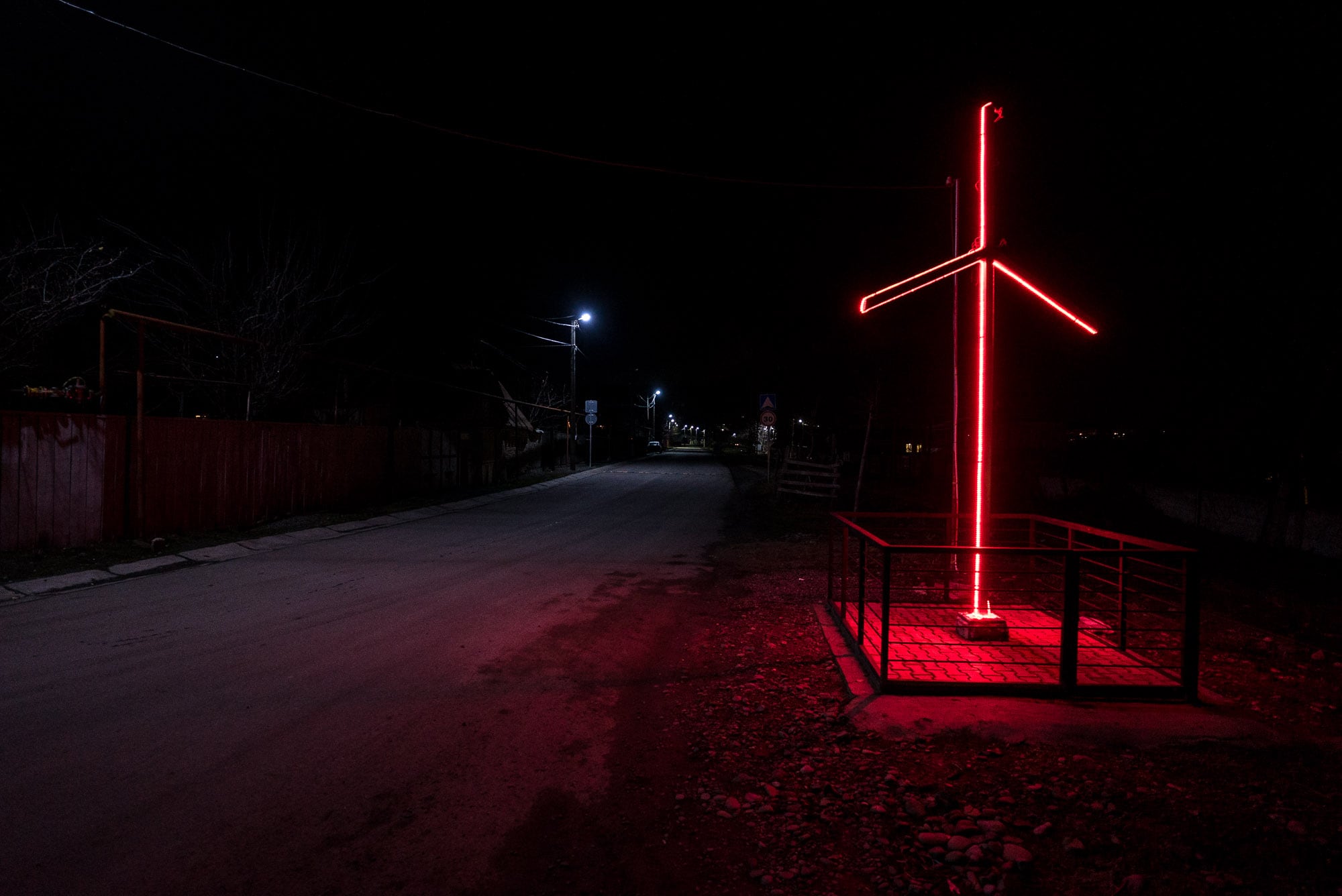 It was glowing like a beacon in the night.