When I started walking in Gori I turned to the north, towards the white mountains in the distance: 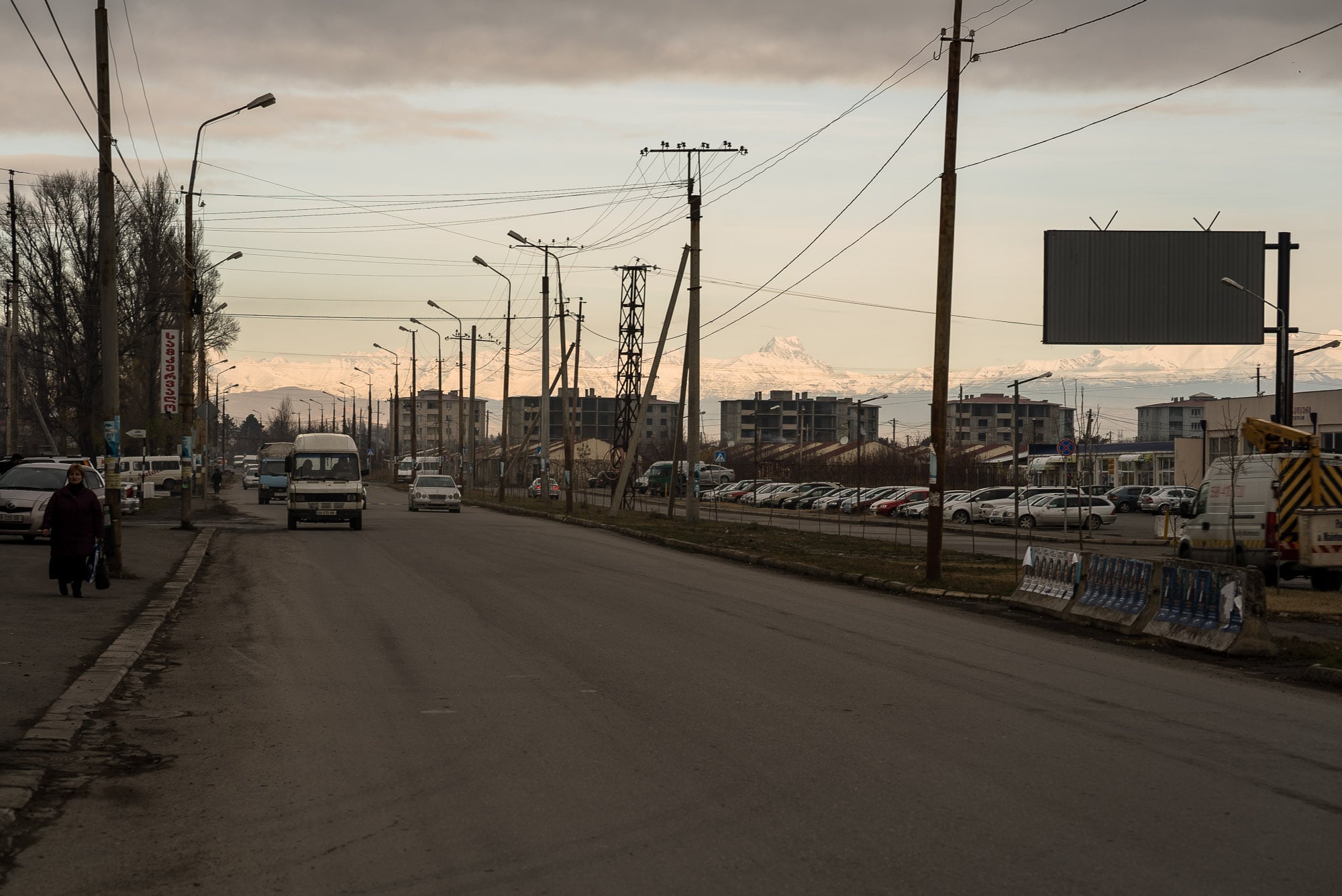 And when I had left the city behind me, I continued walking in that direction for another half hour or so: 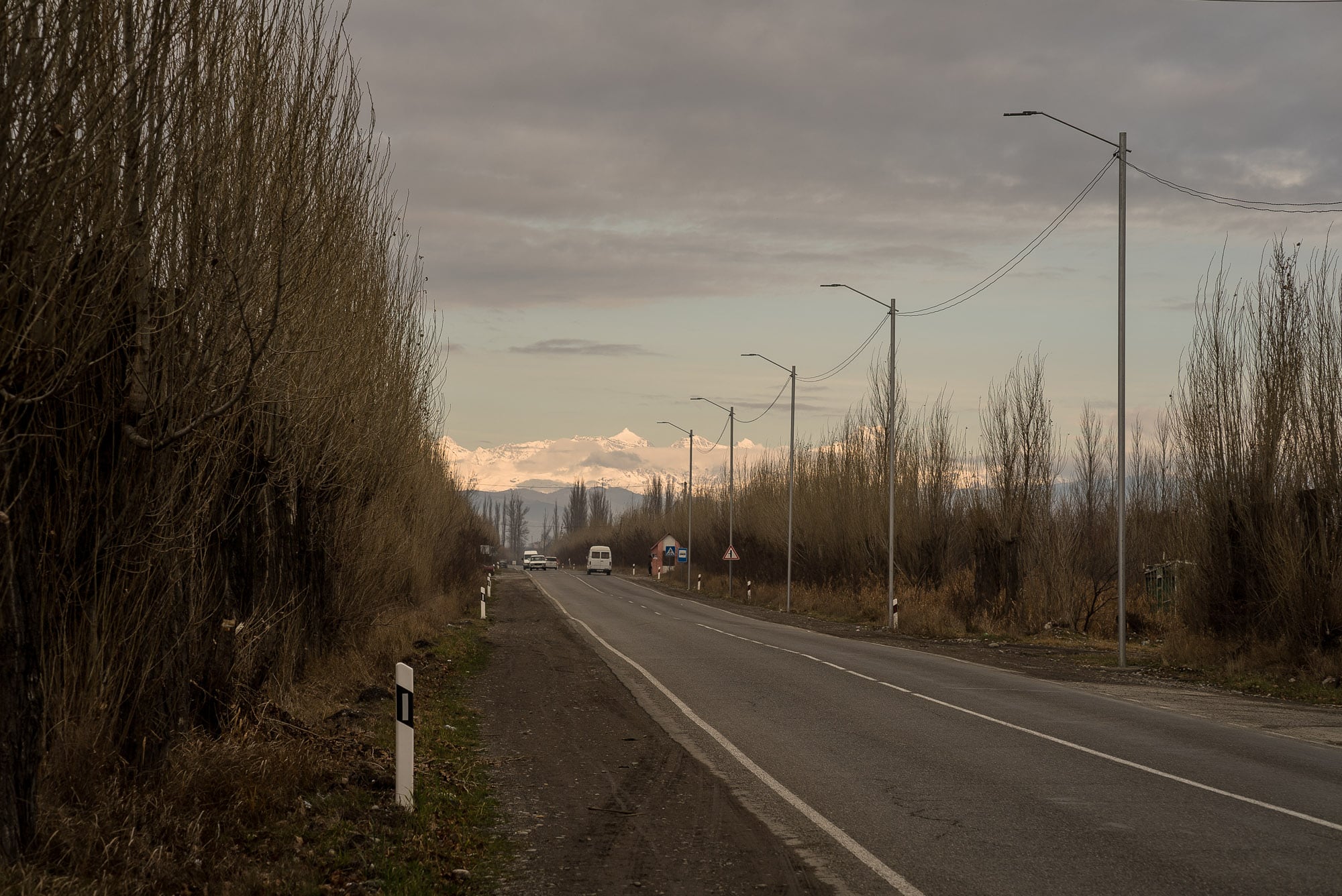 It was then that I realized that I wasn’t going to find him. Stalin. He had had a large monument of himself in front of the town hall in the city center until it had been taken down a few years ago. They had disposed of it somewhere along the road on which I was walking now. But I couldn’t find it, and when I asked some people it turned out they didn’t know where it was, either.

So I turned around and went back to the highway, which was going to lead me west: 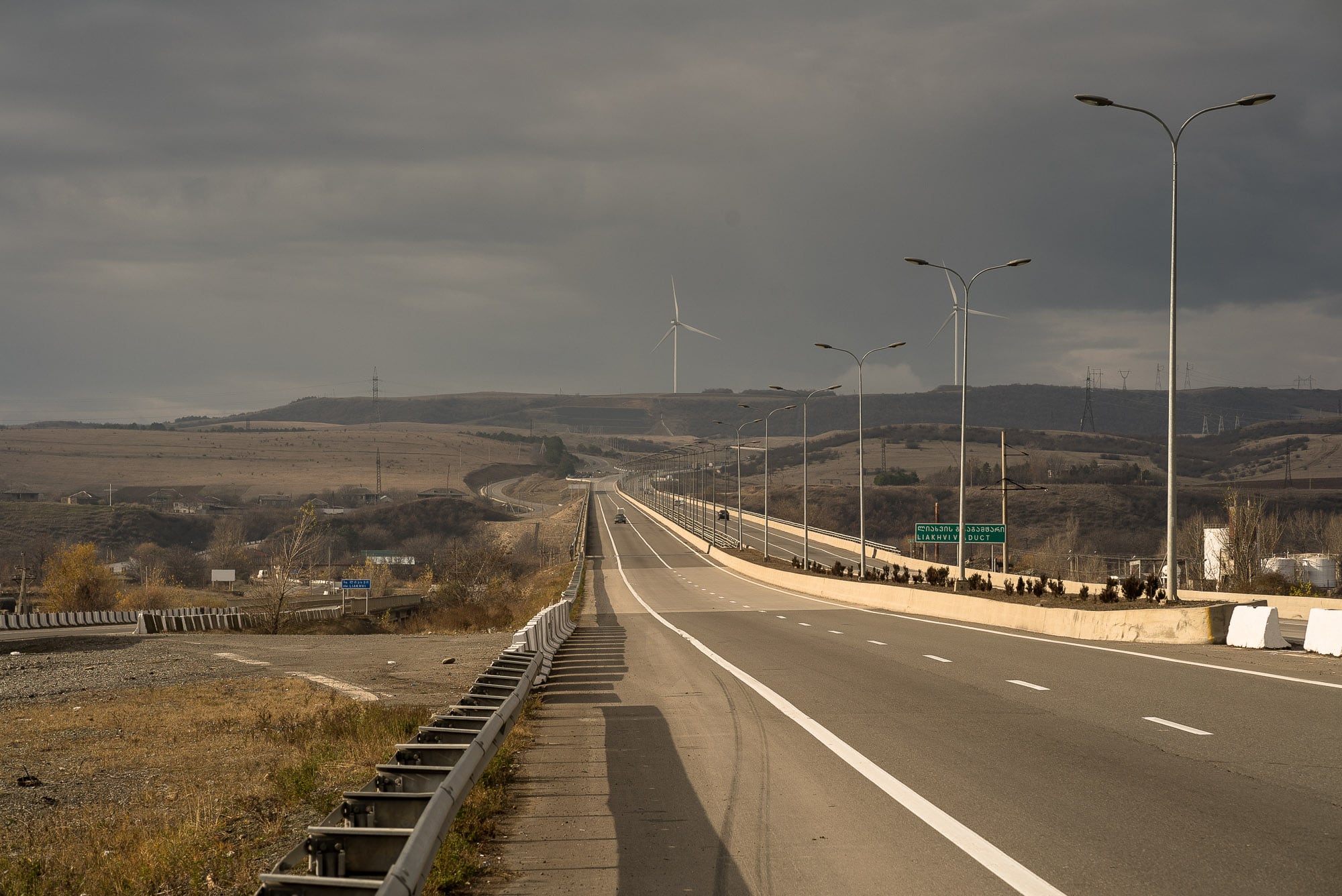 I saw Gori with its hill and the fortress in the distance: 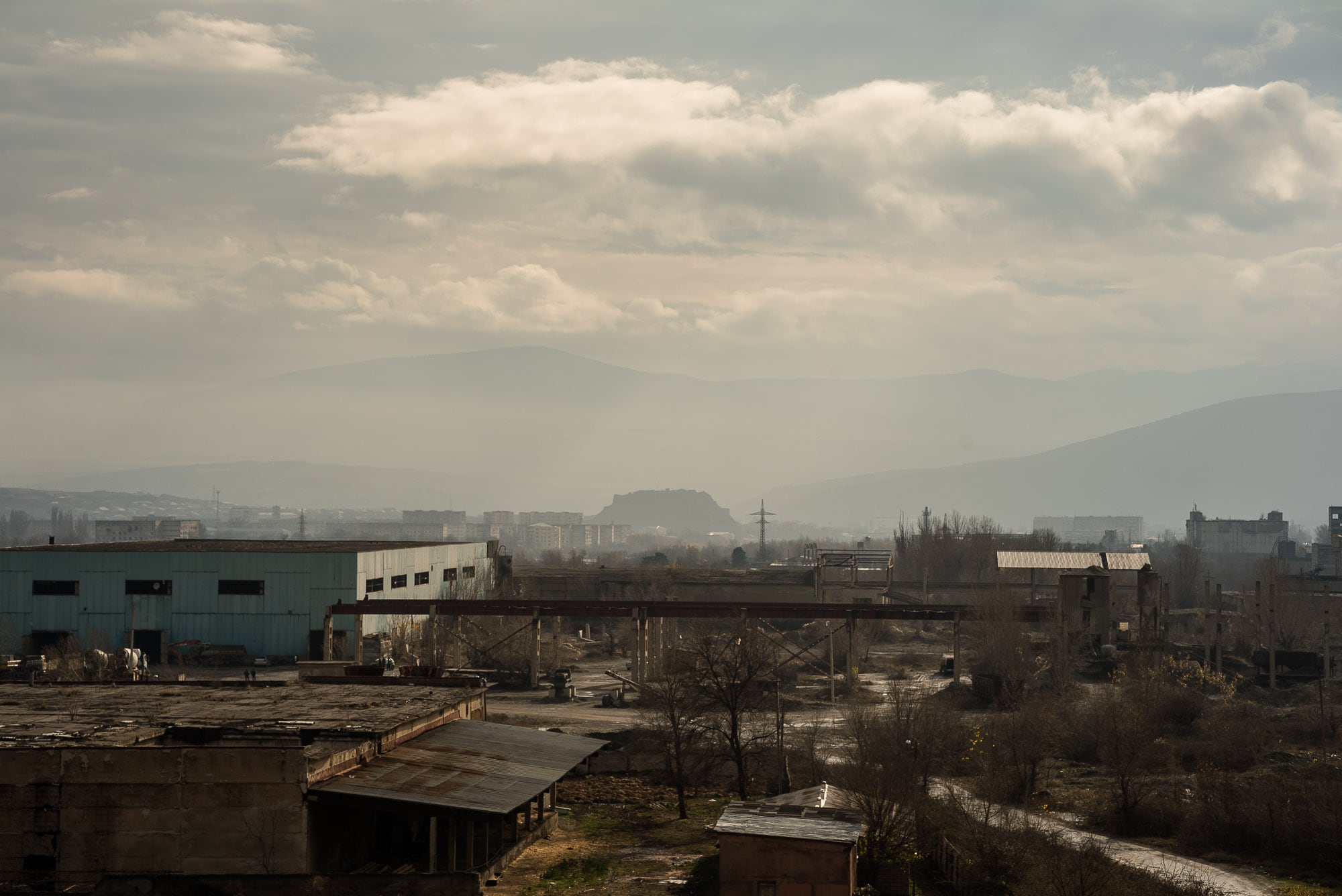 Then I got to a tunnel: 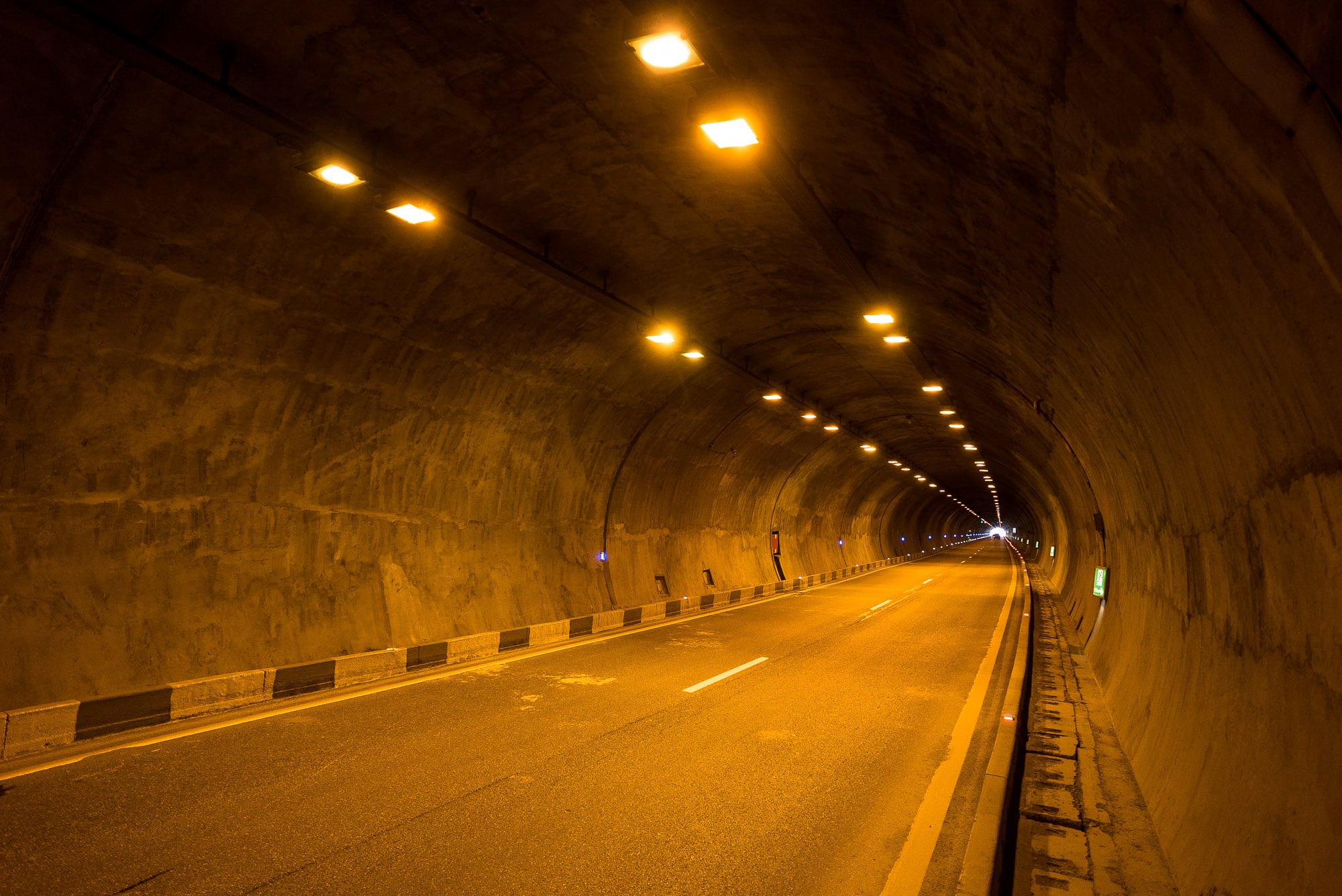 The highway rest areas were cool, though, if only because they looked interesting: 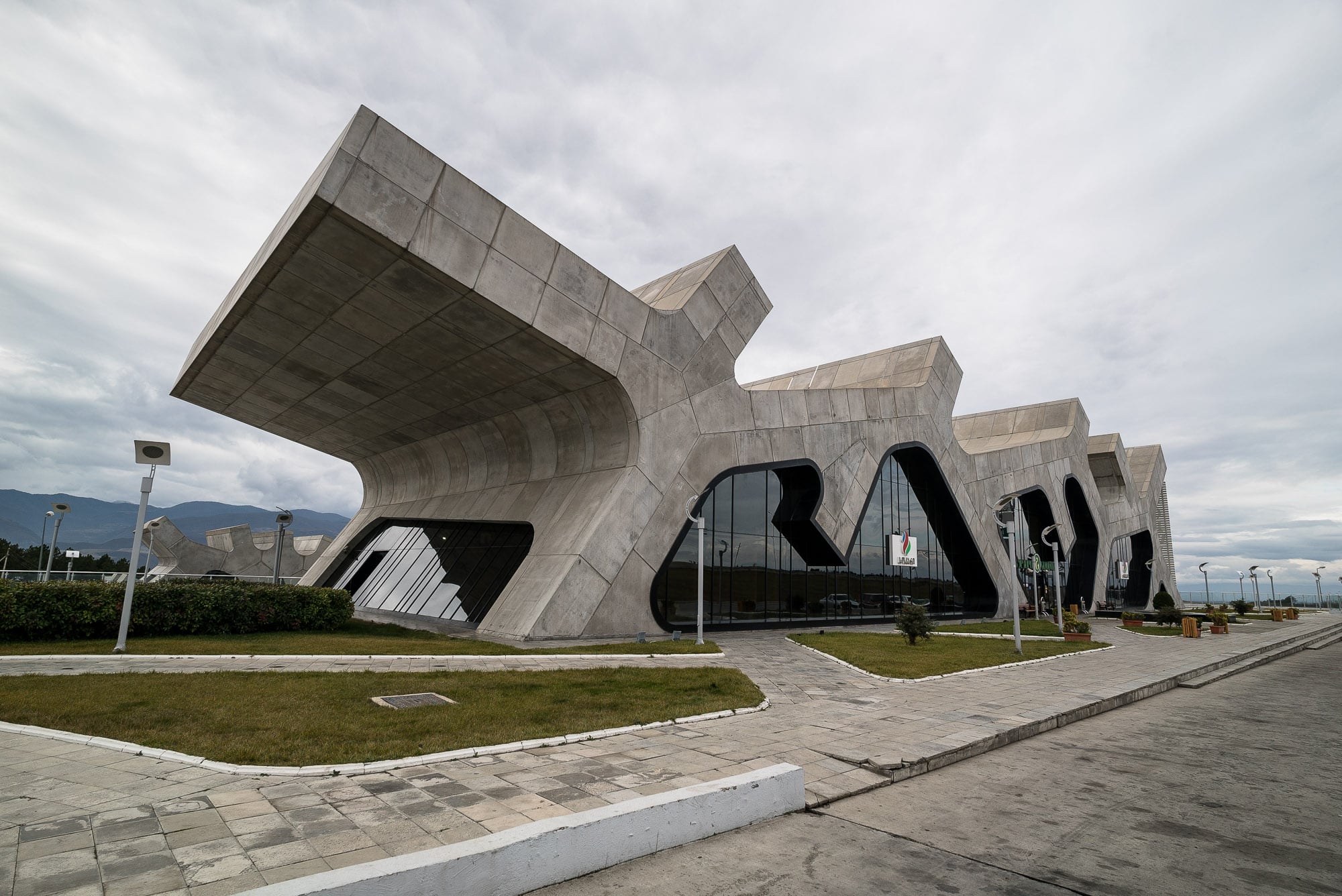 And there was something else that was different from a highway in, say, Germany – people were selling fruits and vegetables (and sometimes meat) on the roadside: 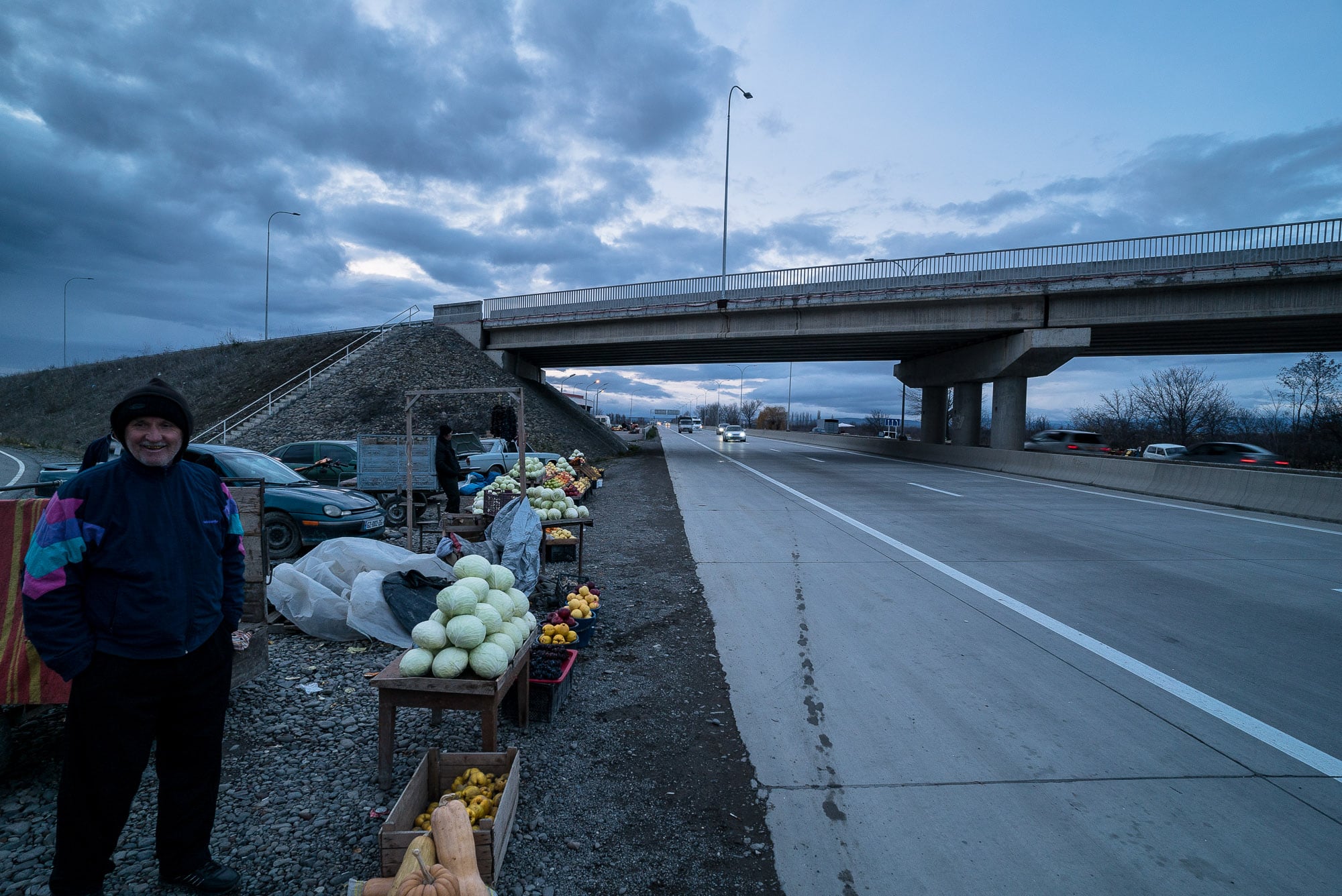 I walked until nightfall: 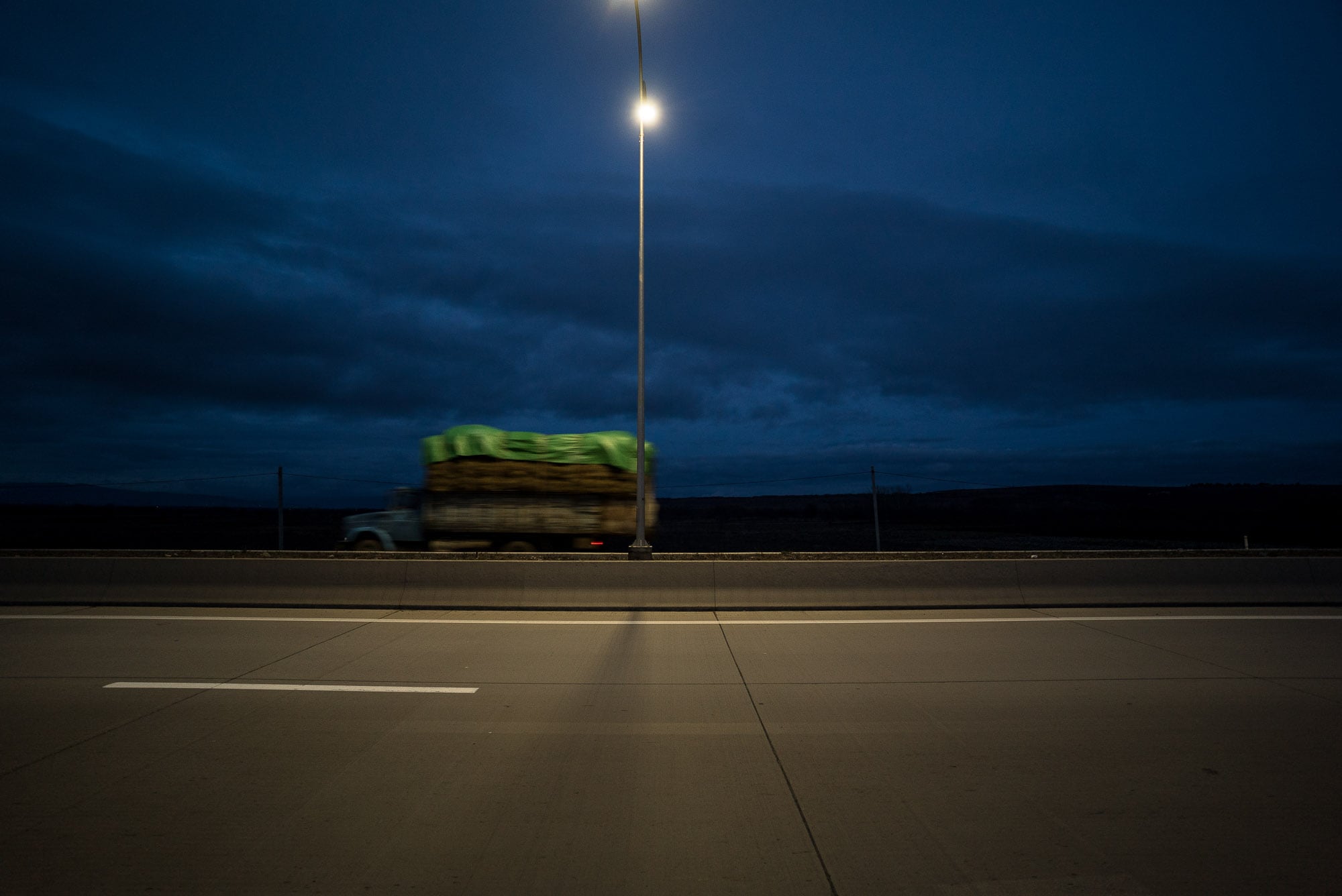 And then I walked some more, until at some point I was finally able to leave the highway: 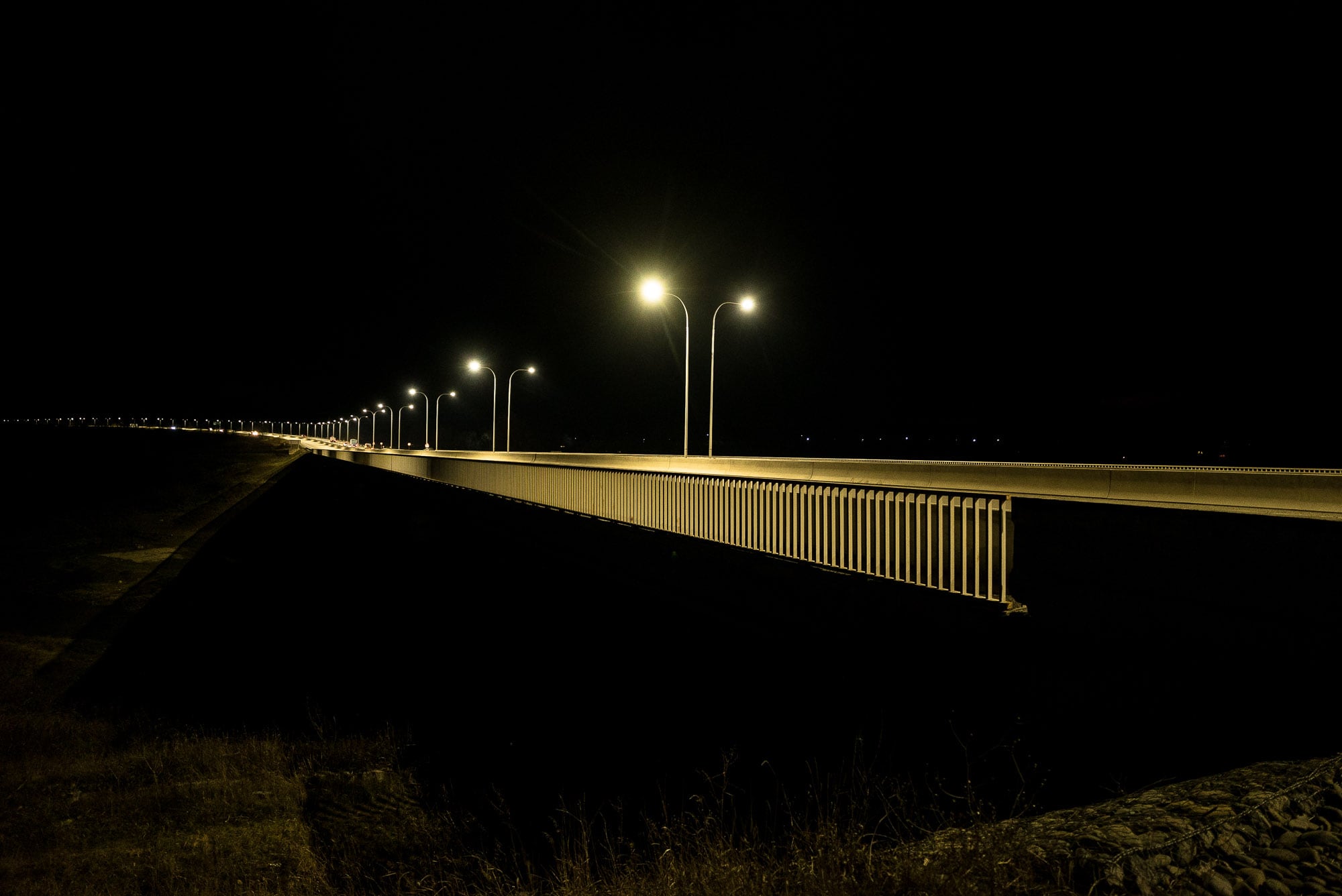 I got to a restaurant that was still open. A group of people were sitting around a table inside, and they invited me in: 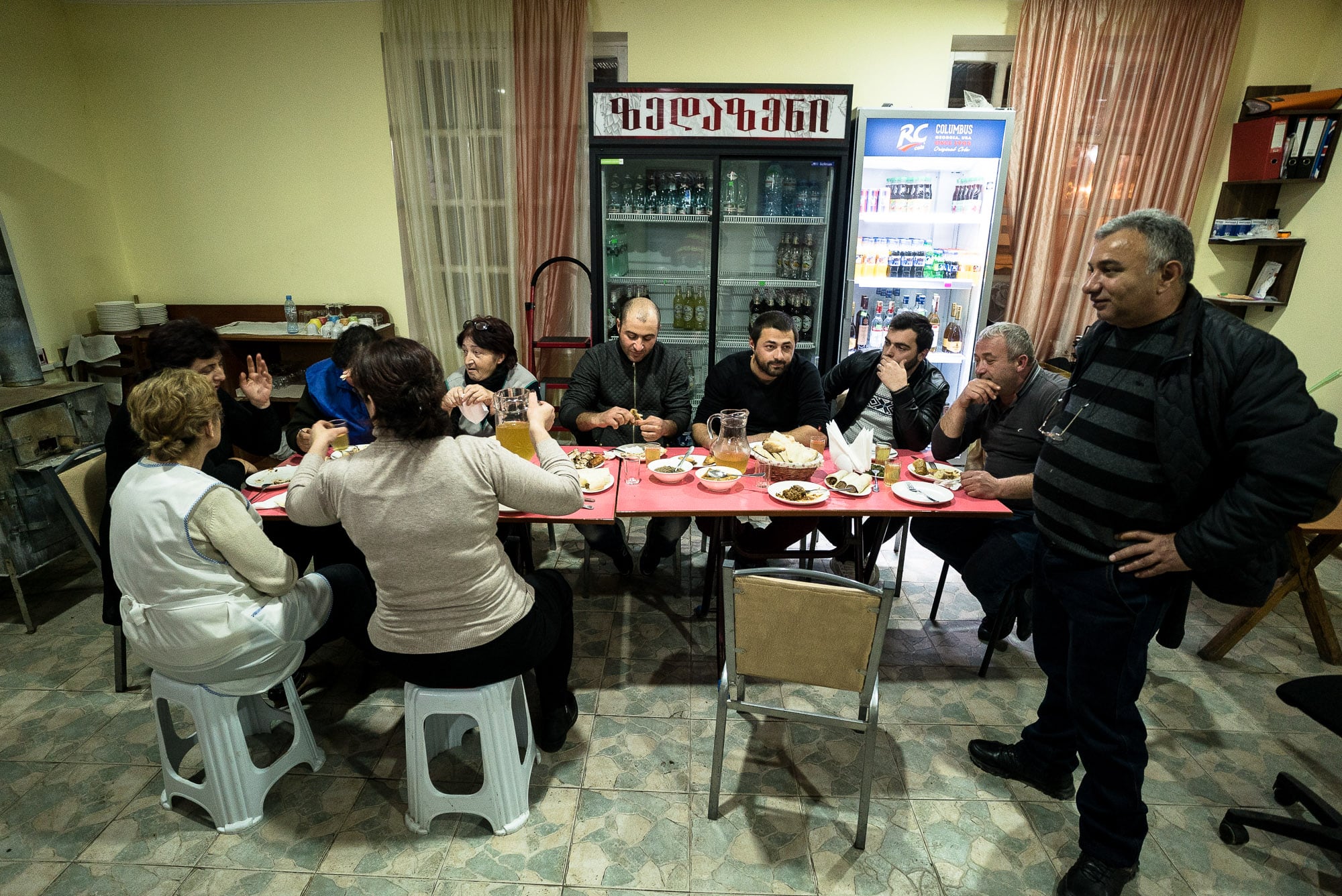 I, however, still felt hot from all the walking, so I excused myself to a table outside and ordered lobio, my favorite bean dish. The restaurant owners insisted on treating me to dinner, and they also served me chacha, the Georgian national liquor. So I sat there, happily munching and sipping away, when this beautiful dog came and sat next to me: 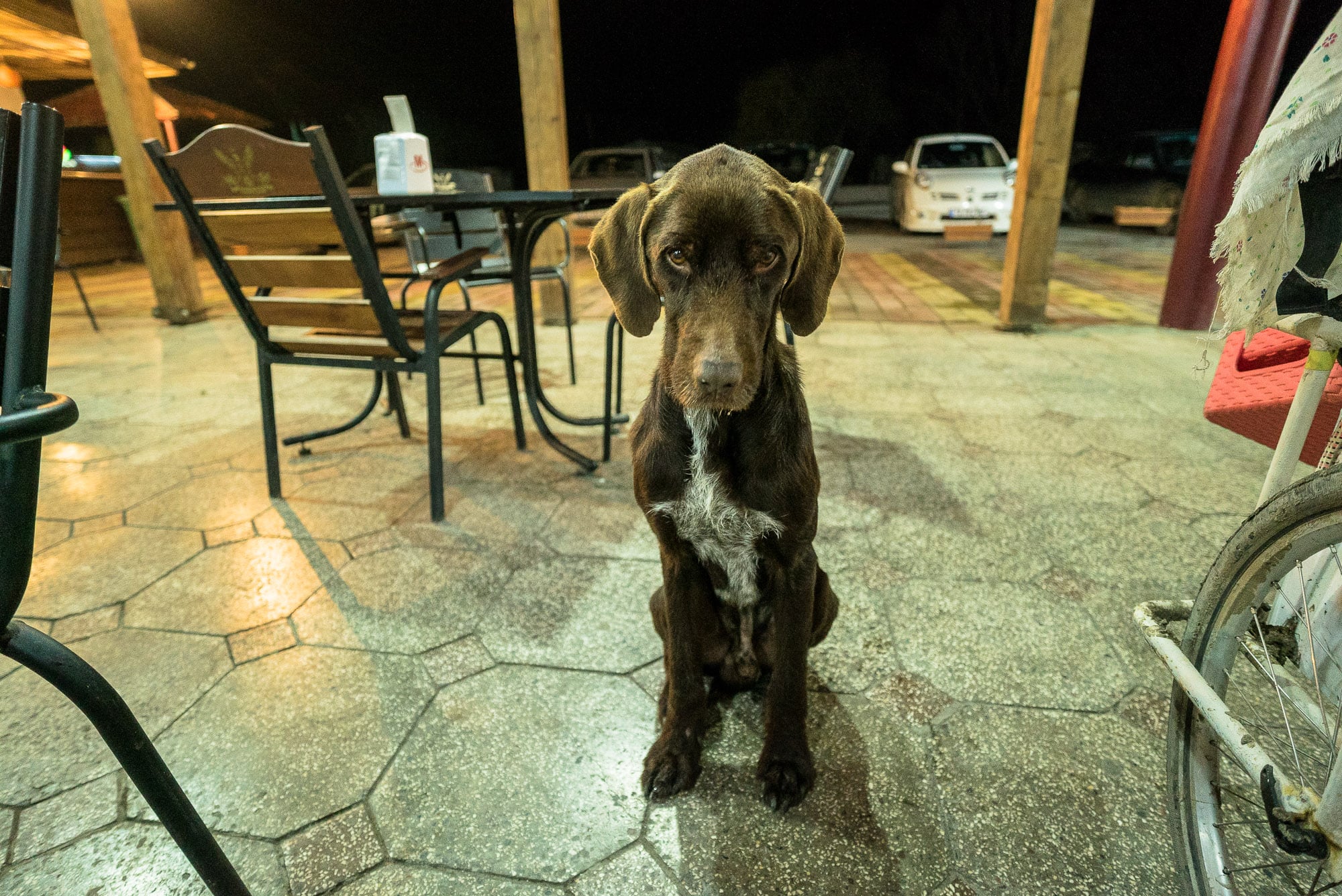 Now I know you’re not supposed to give any food to a dog while you’re eating at a table. It’s going to turn them into habitual beggars. But this time, thinking of the awful tunnel that I had crossed and of the Stalin monument that I had not found, looking into those big, soft, hazel eyes, I did it anyway.