I was going to move to my secret hideout today. So I said goodbye to my friends, got out the Caboose from under the stairway, and then I loaded her up and told her that the road was waiting for us once more: 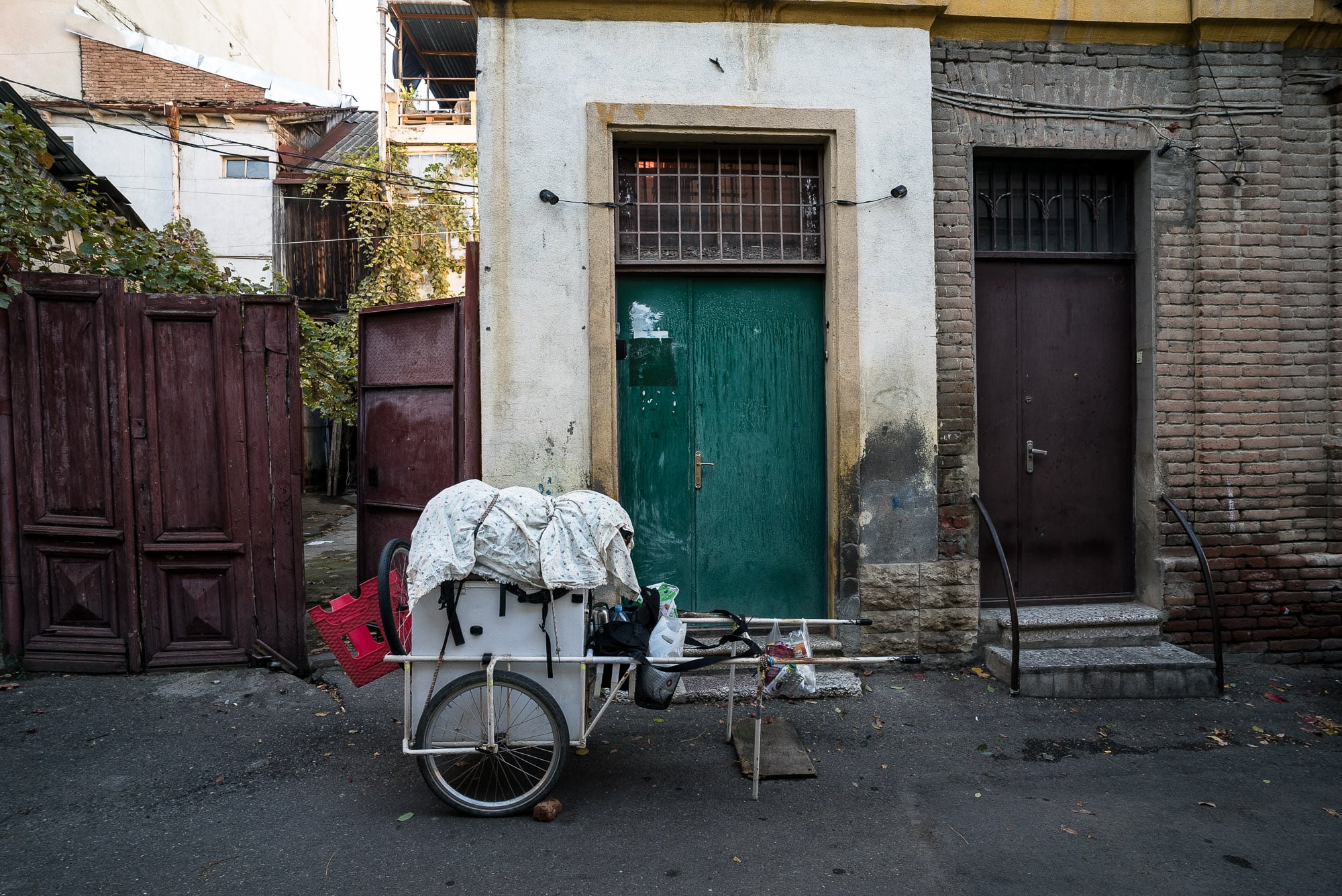 What I didn’t tell her: it wasn’t going to be that much road, rather just a short stroll through the city. 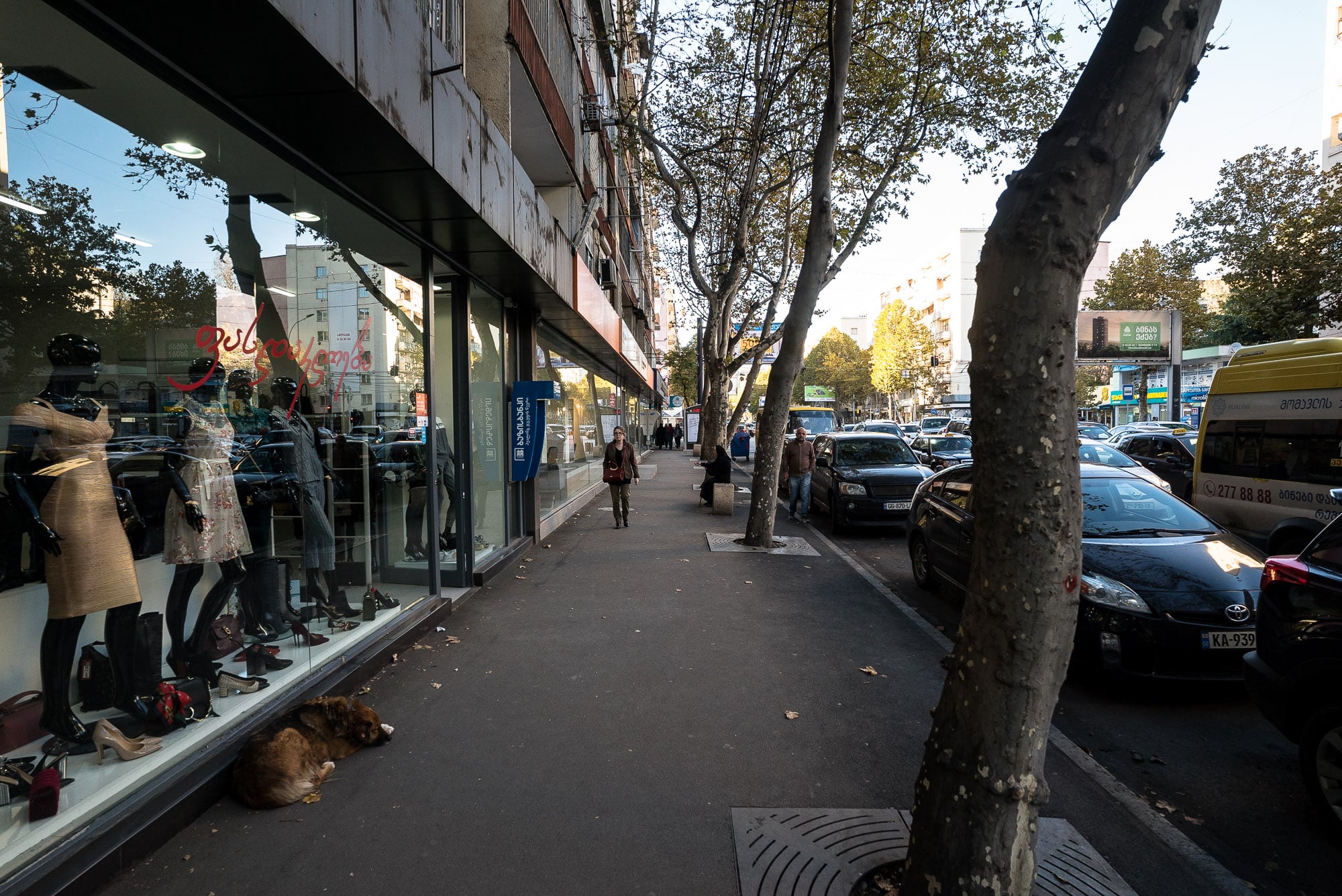 It was an easy walk with only one tiny obstacle in our way – an underpass with a bunch of stairs: 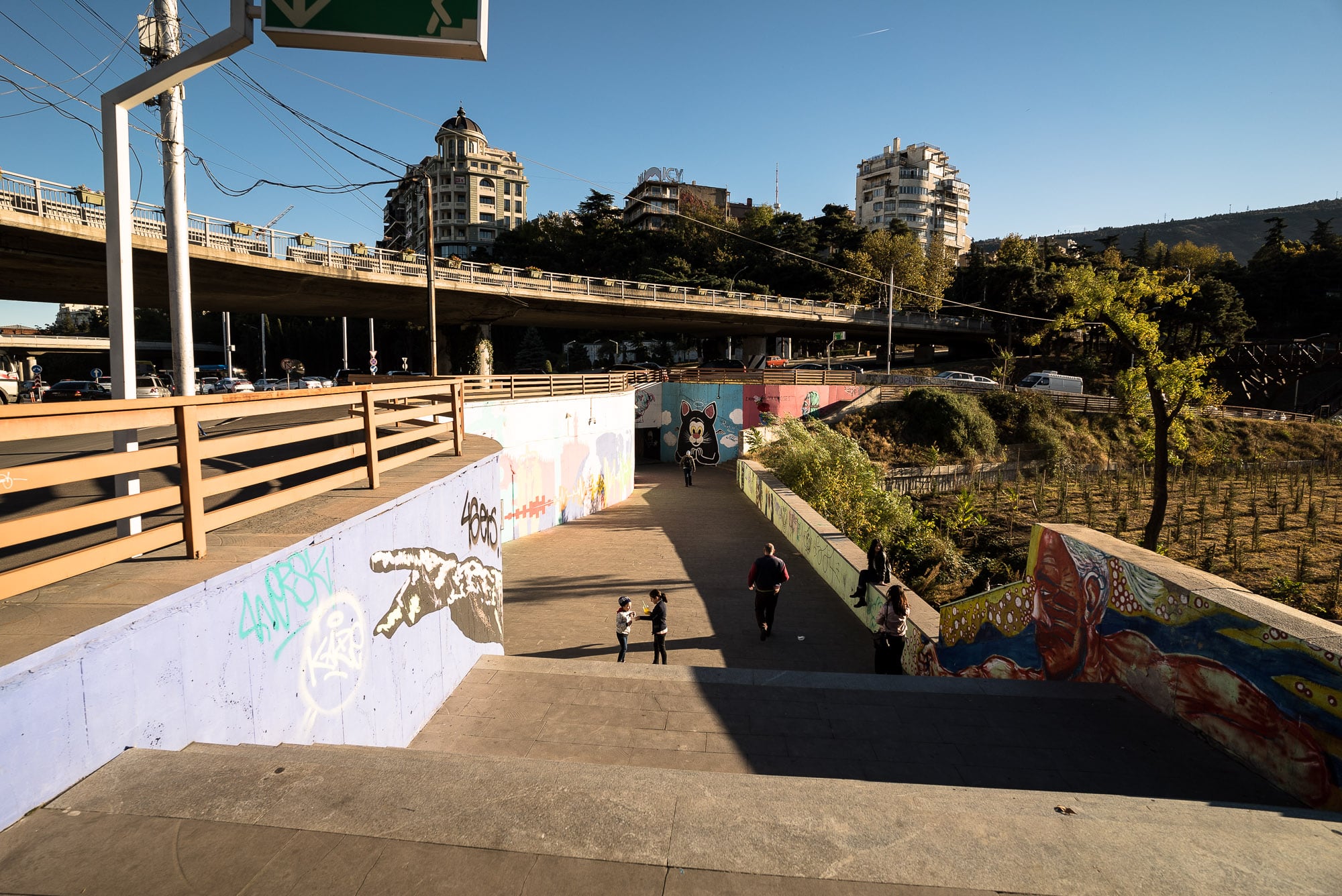 This one turned out to be doable, though. And down in its belly we ran into No-Face, a character from the Japanese anime “Spirited Away”: 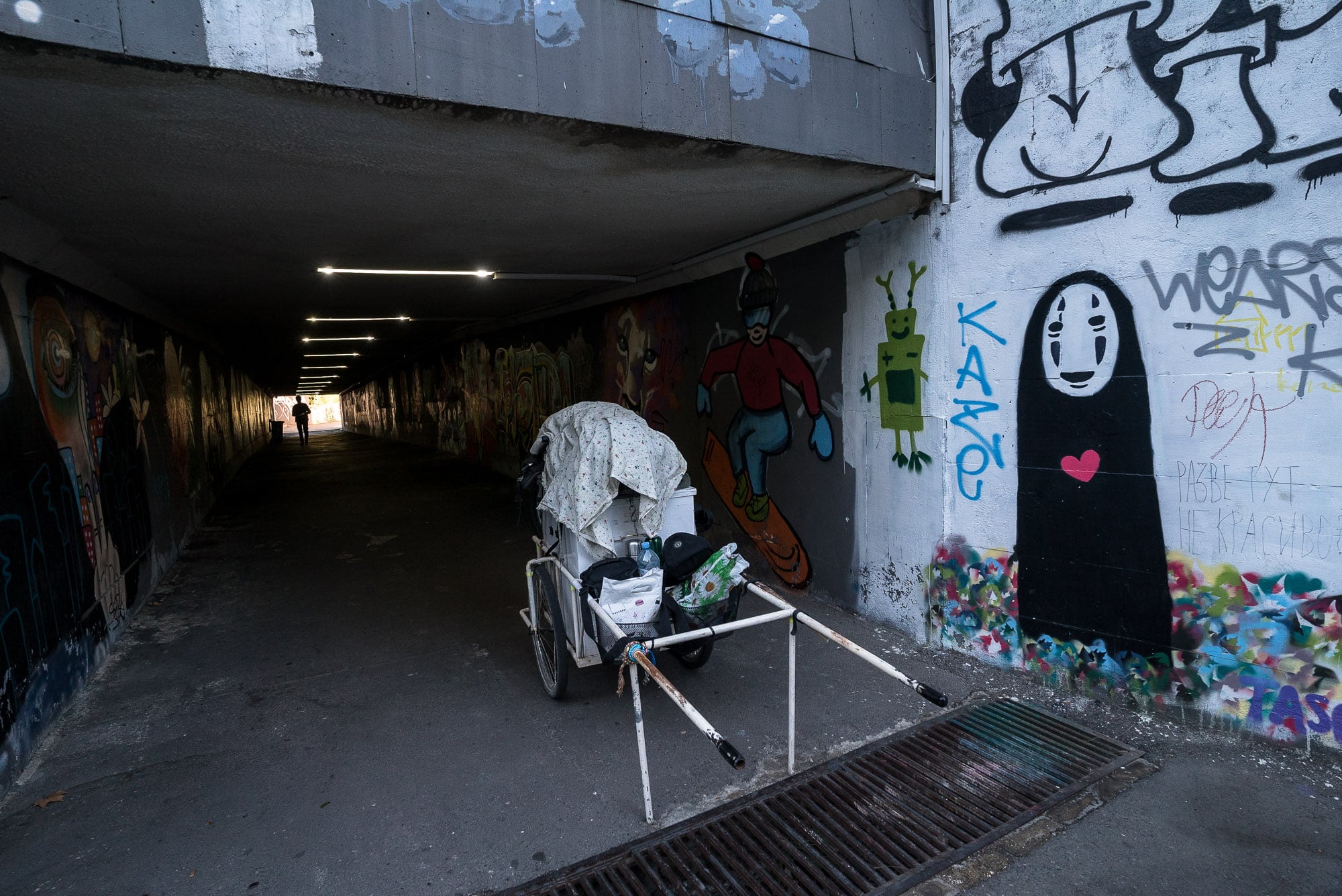 Don’t know that movie? Go watch it! It is mezmerizing, that’s all I’m going to say.

The apartment was in a rather new part of town that vaguely reminded me of China: 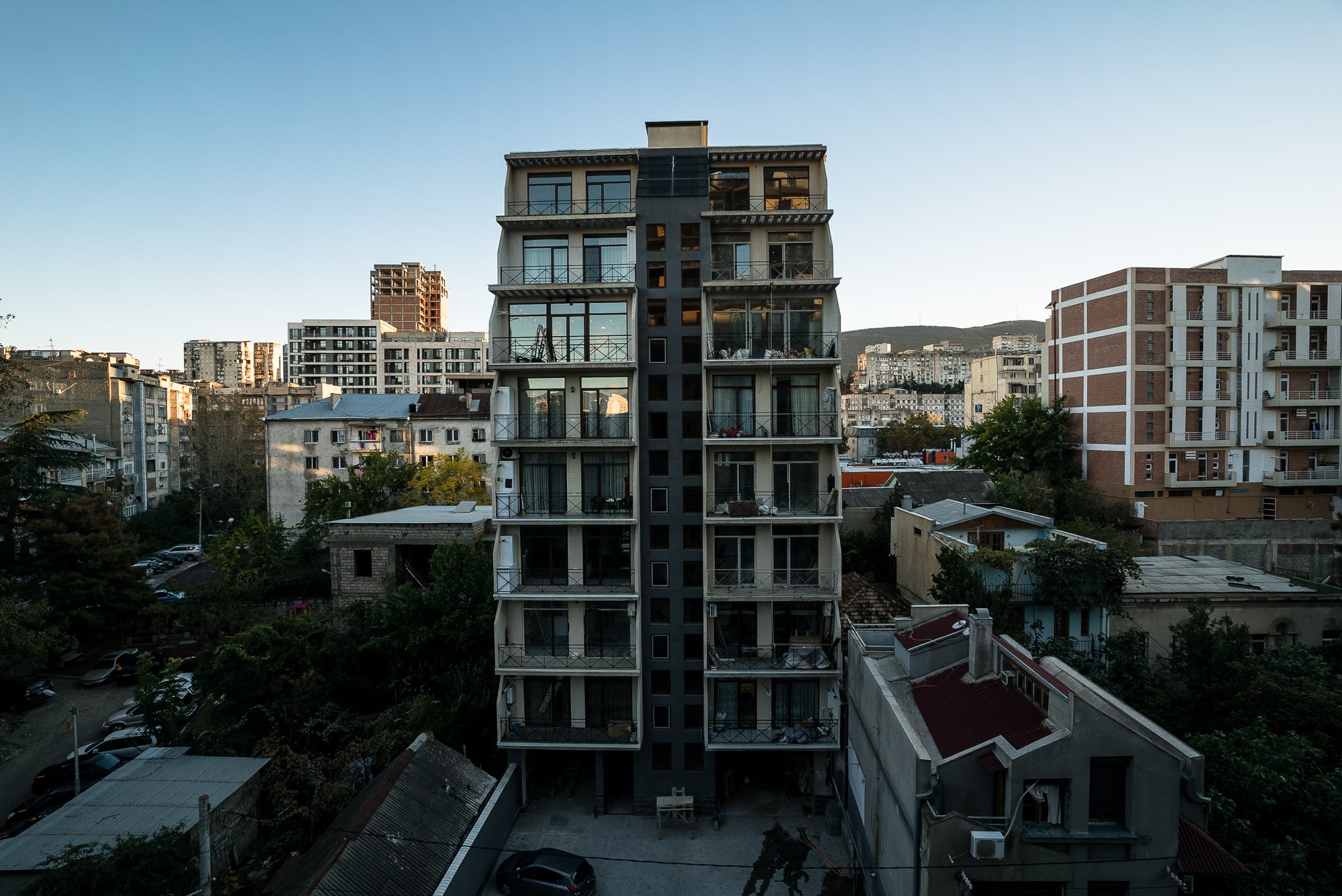 Maybe this was one of the reasons why I had chosen it.

I parked the Caboose in the lobby and told her I would be “right back”: 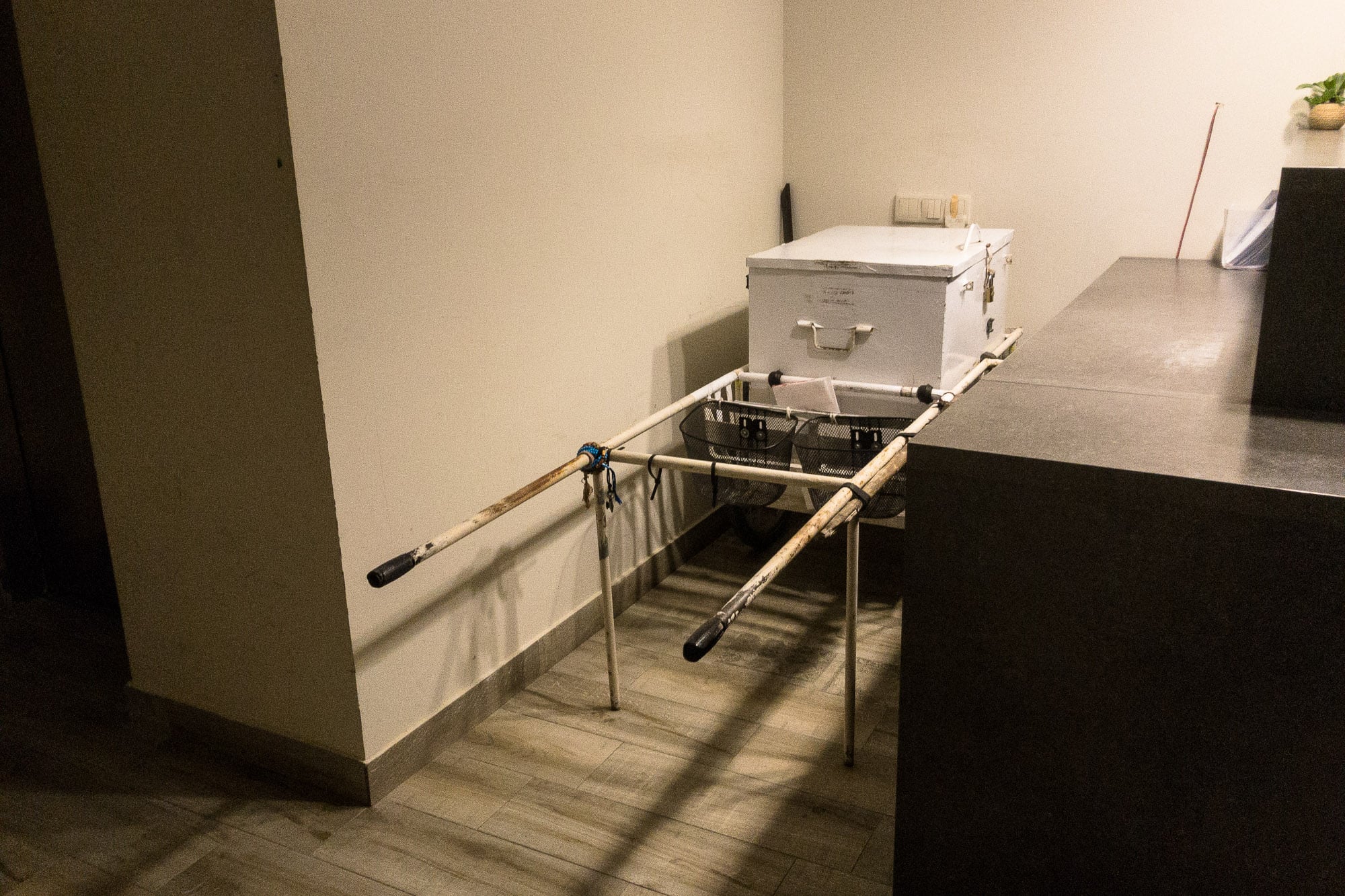 Then I went to a supermarket and did some grocery shopping.
And this time I did it like someone who had a home.

Day 1276
from Tbilisi to Tbilisi