I woke up in a hotel that was small and dirty. There was a slightly stupid-looking cat greeting me outside of my door: 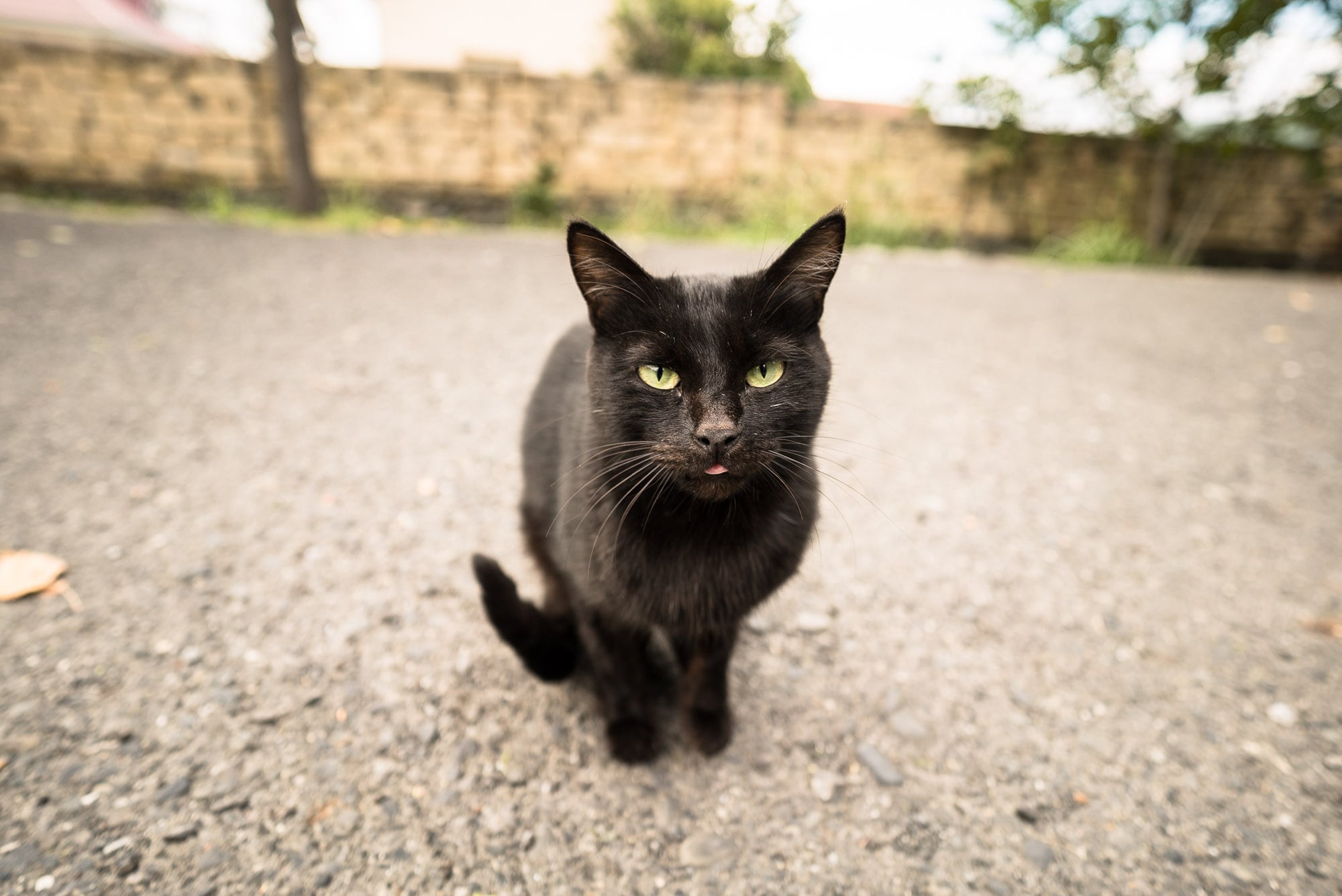 Everyone else seemed to be still asleep, so I just left the key in the door and stepped out on the streets of Qakh: 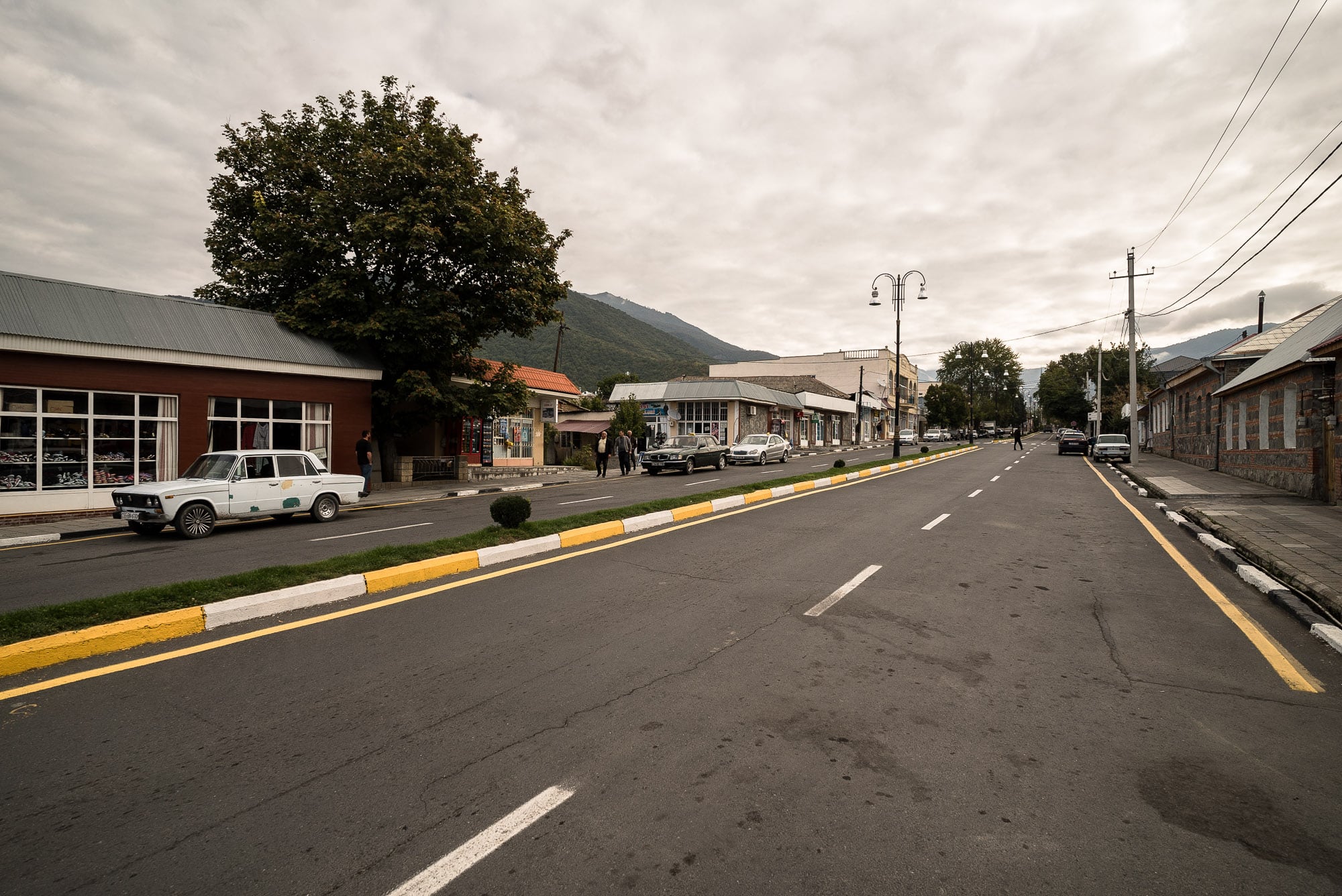 I needed some tea, though. So I went into a teahouse and asked the owner for hot water for my thermos flasks. His name was Roshan, which meant “light”, and he insisted on not only giving me the hot water for free, but also to serve me a cup of his own tea: 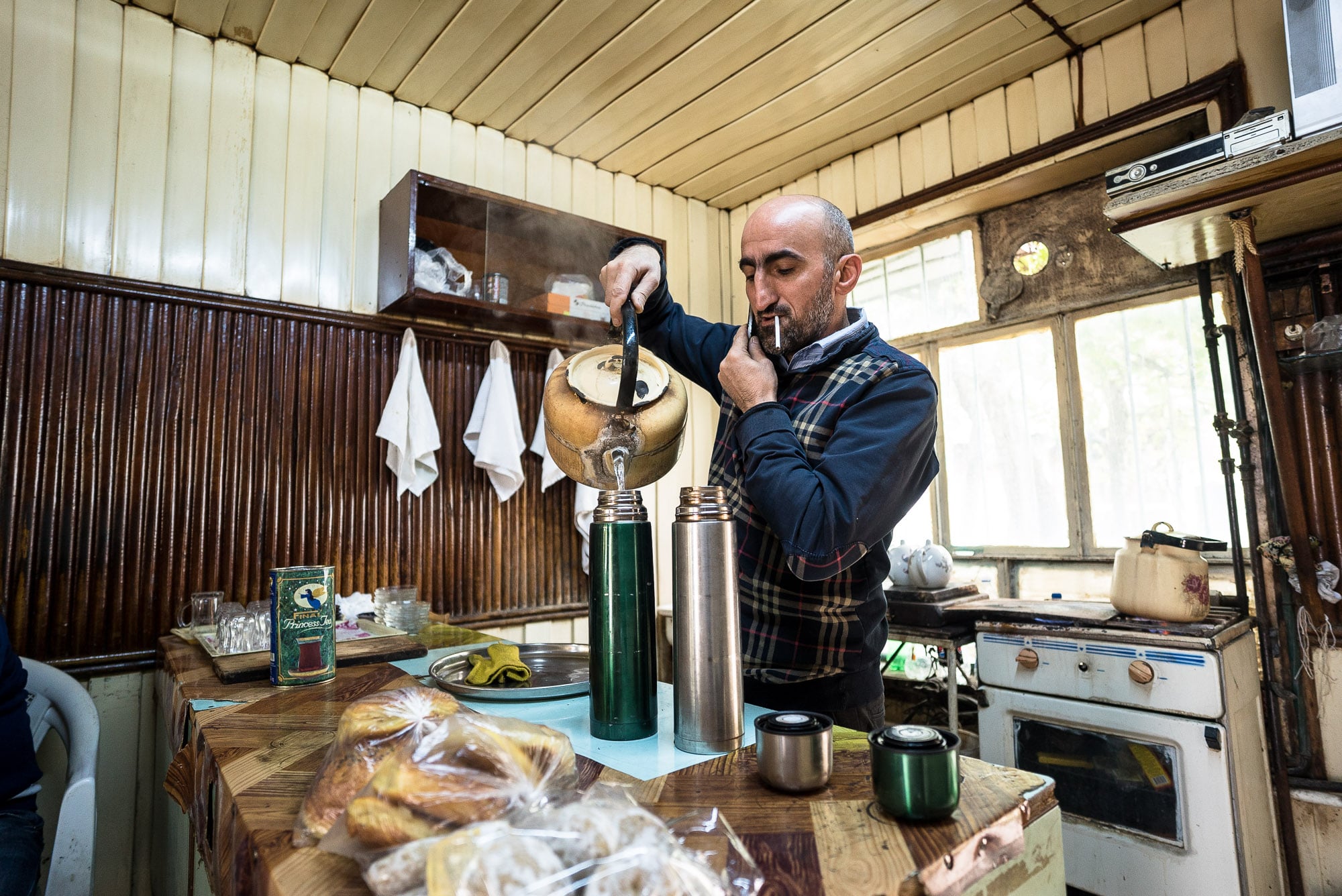 And then, finally, when we had talked about everything and about life in general, I got back on the road: 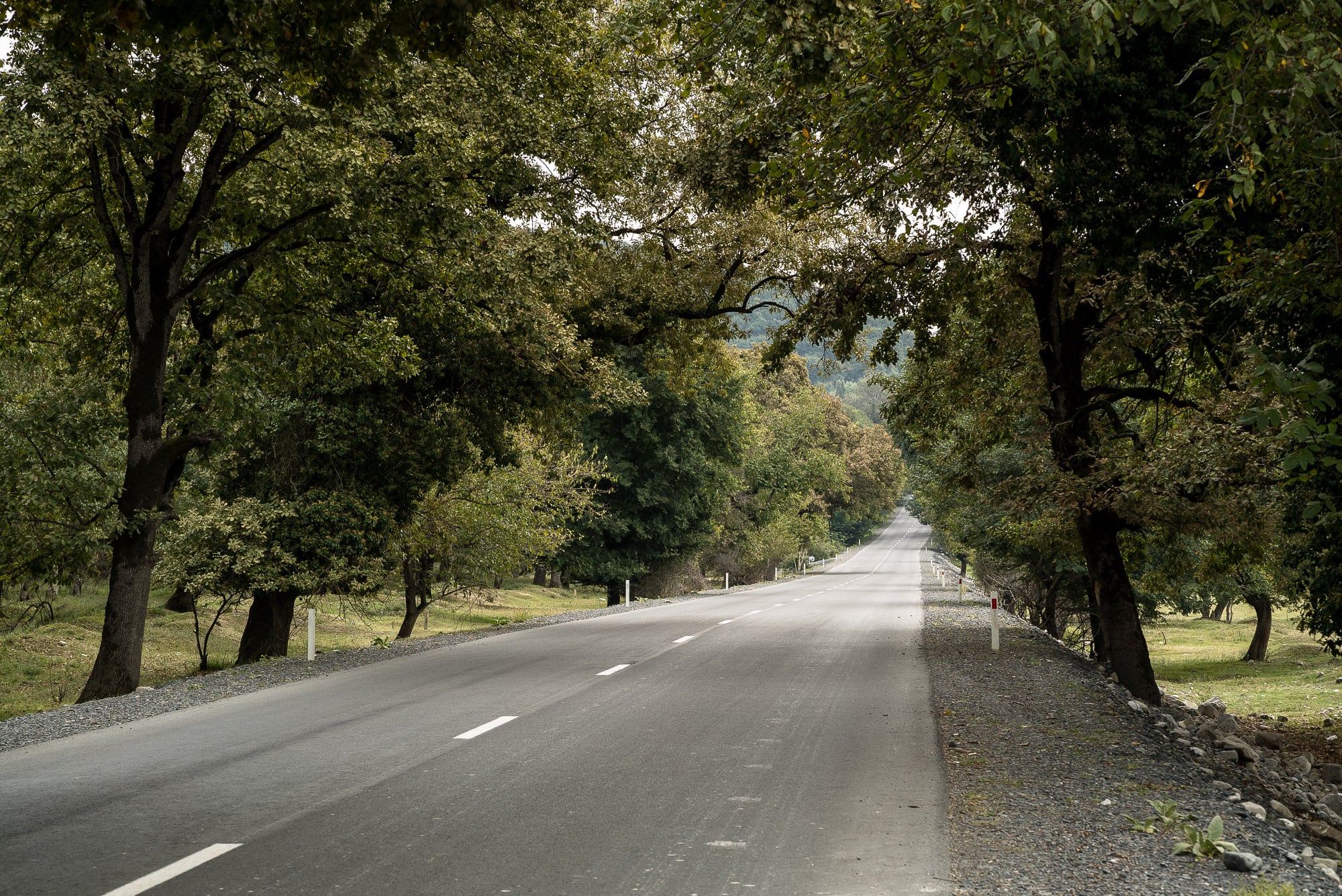 It was empty and quiet: 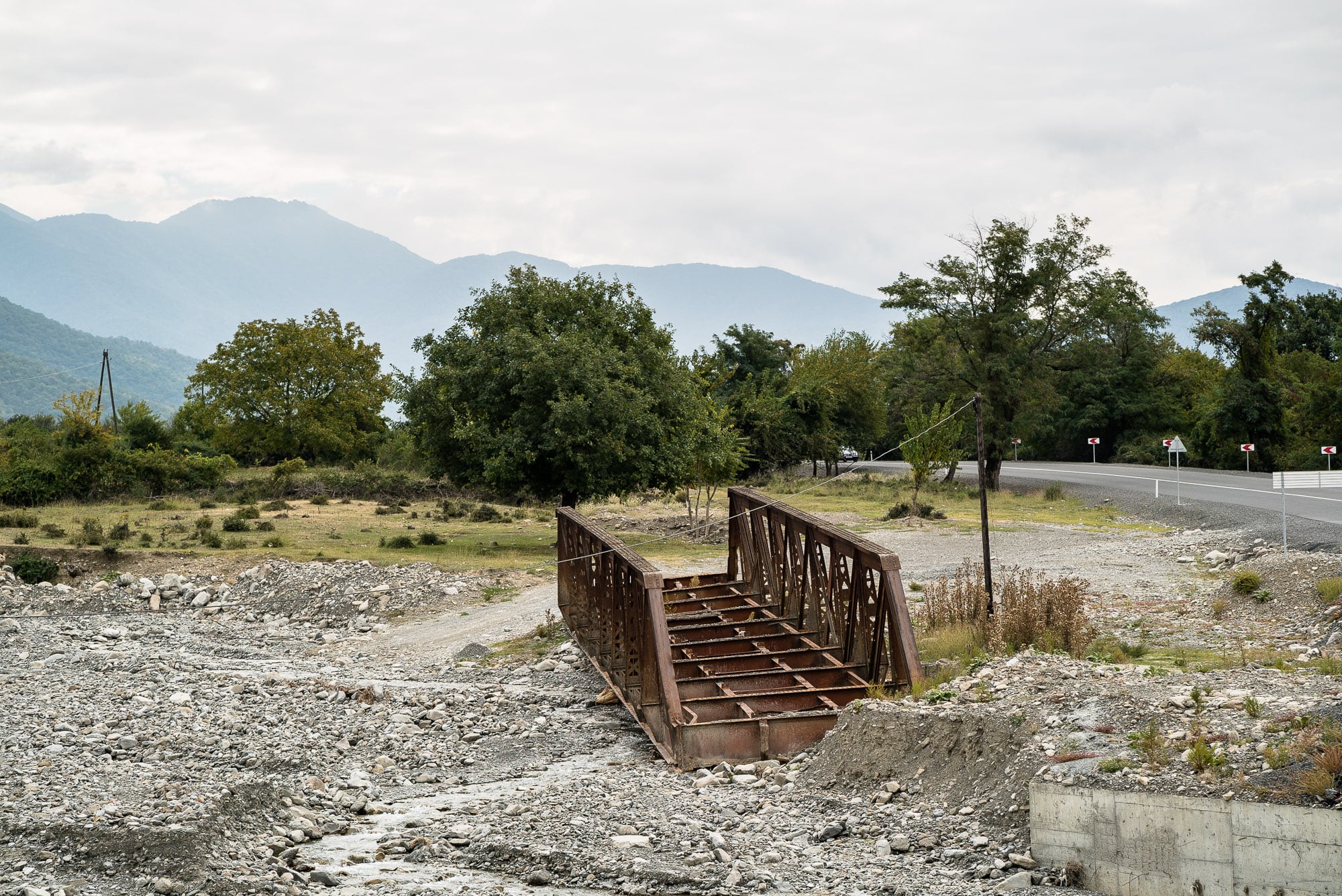 One time I lay down in a field and Sarvan appeared: 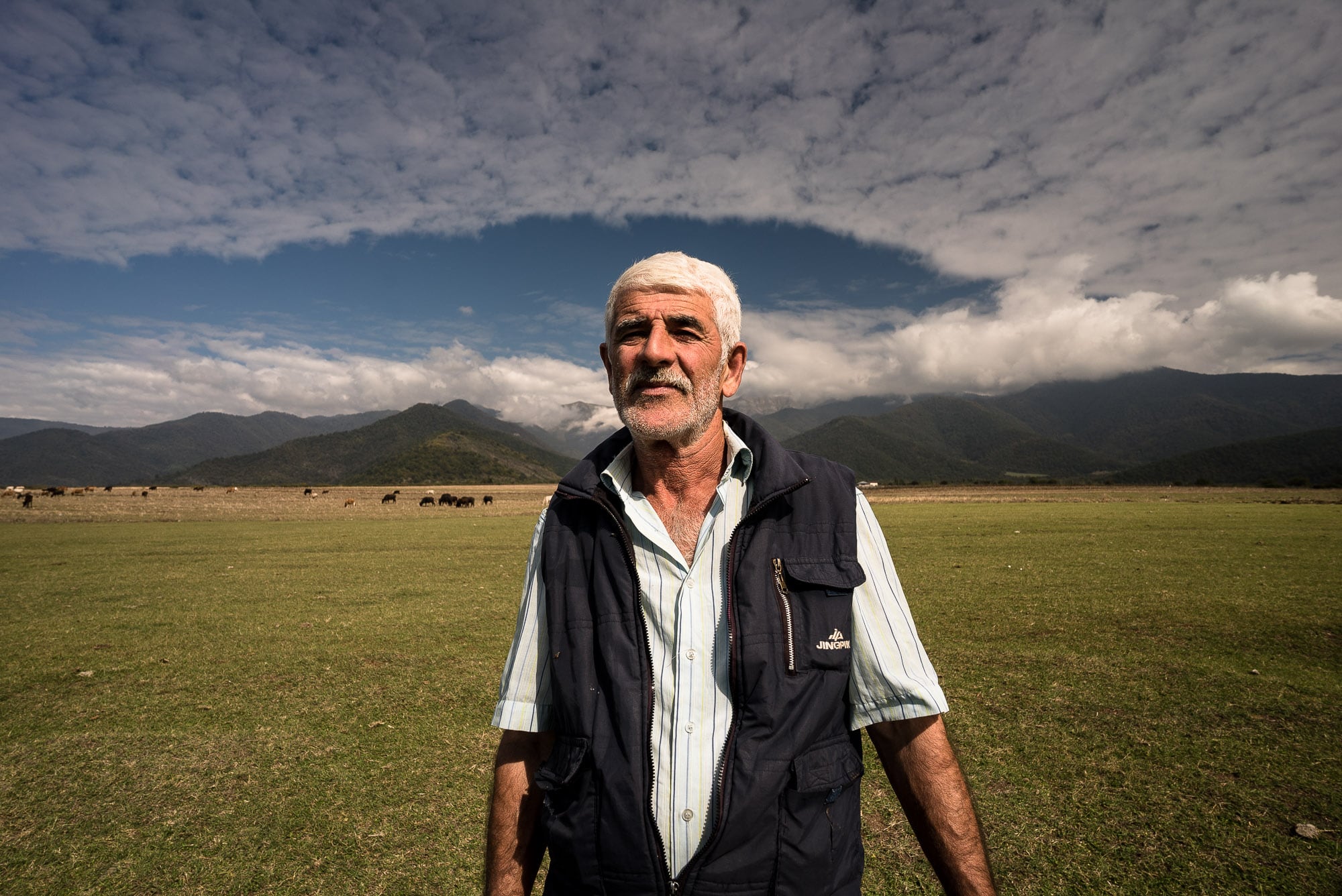 He was herding a bunch of cows. We talked about everything and about life in general, then, again, I got back on the road.

There were not many people around. Sometimes there were abandoned buildings: 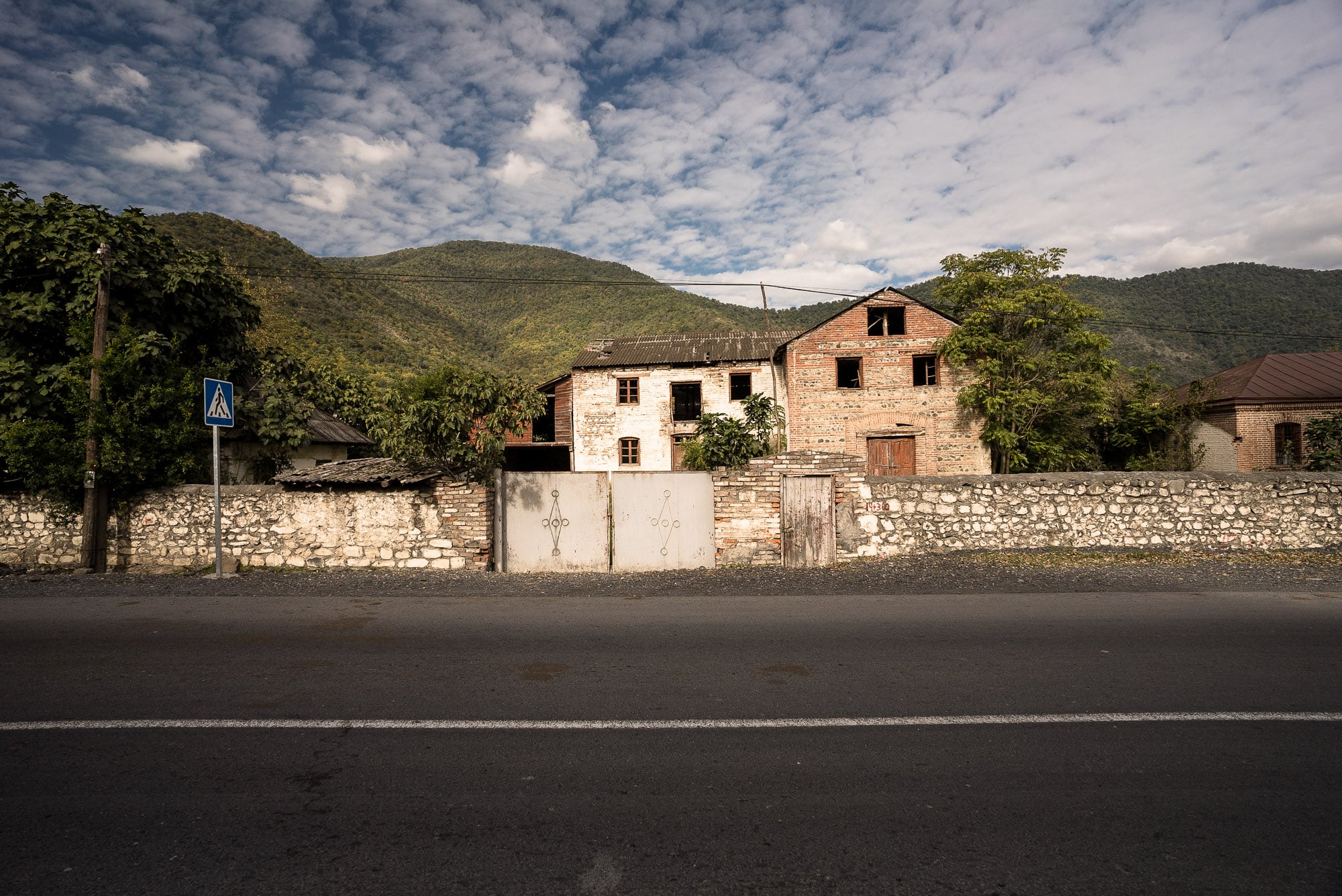 Sometimes there cows, big ones and little ones: 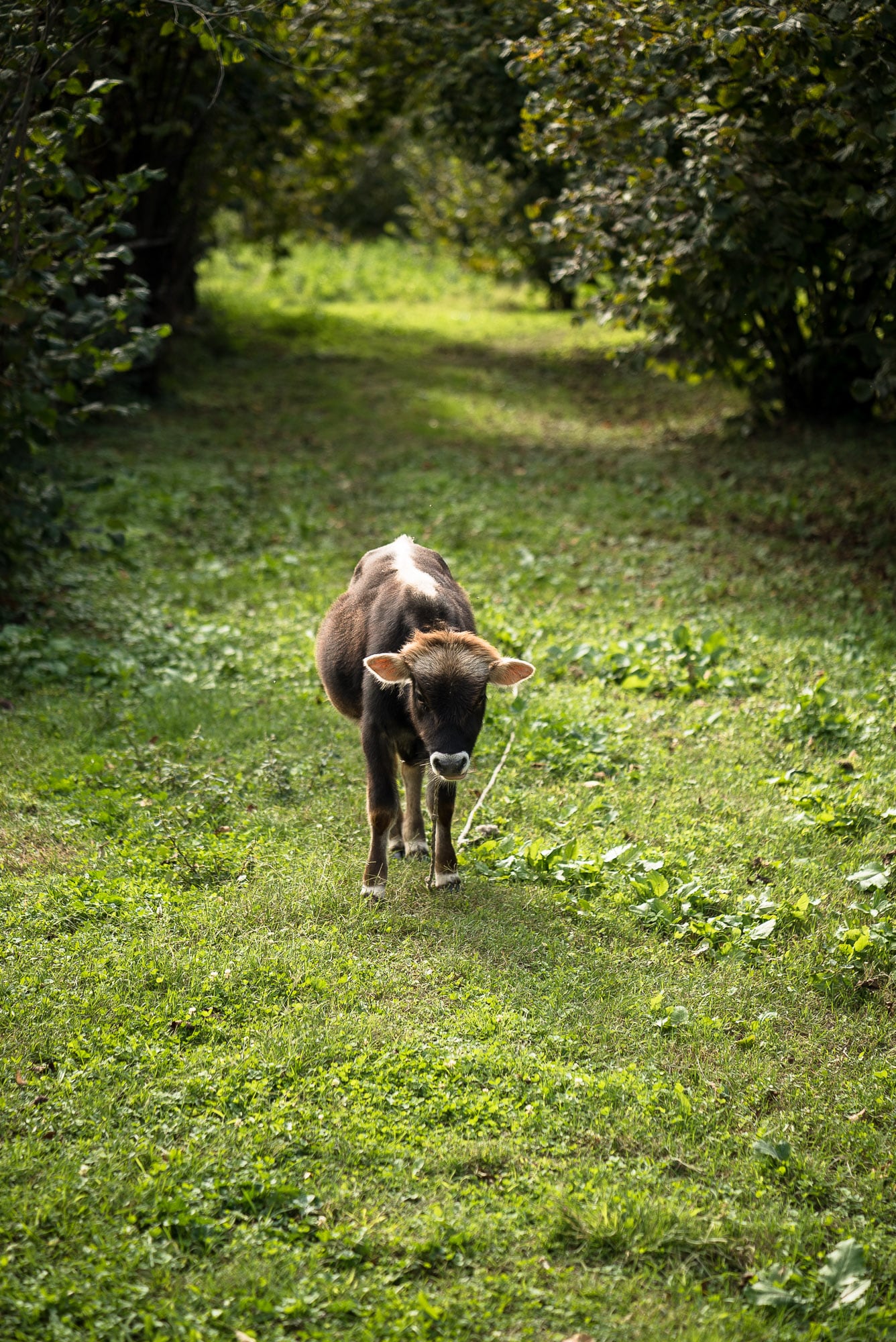 And sometimes there was a mosque next to the road: 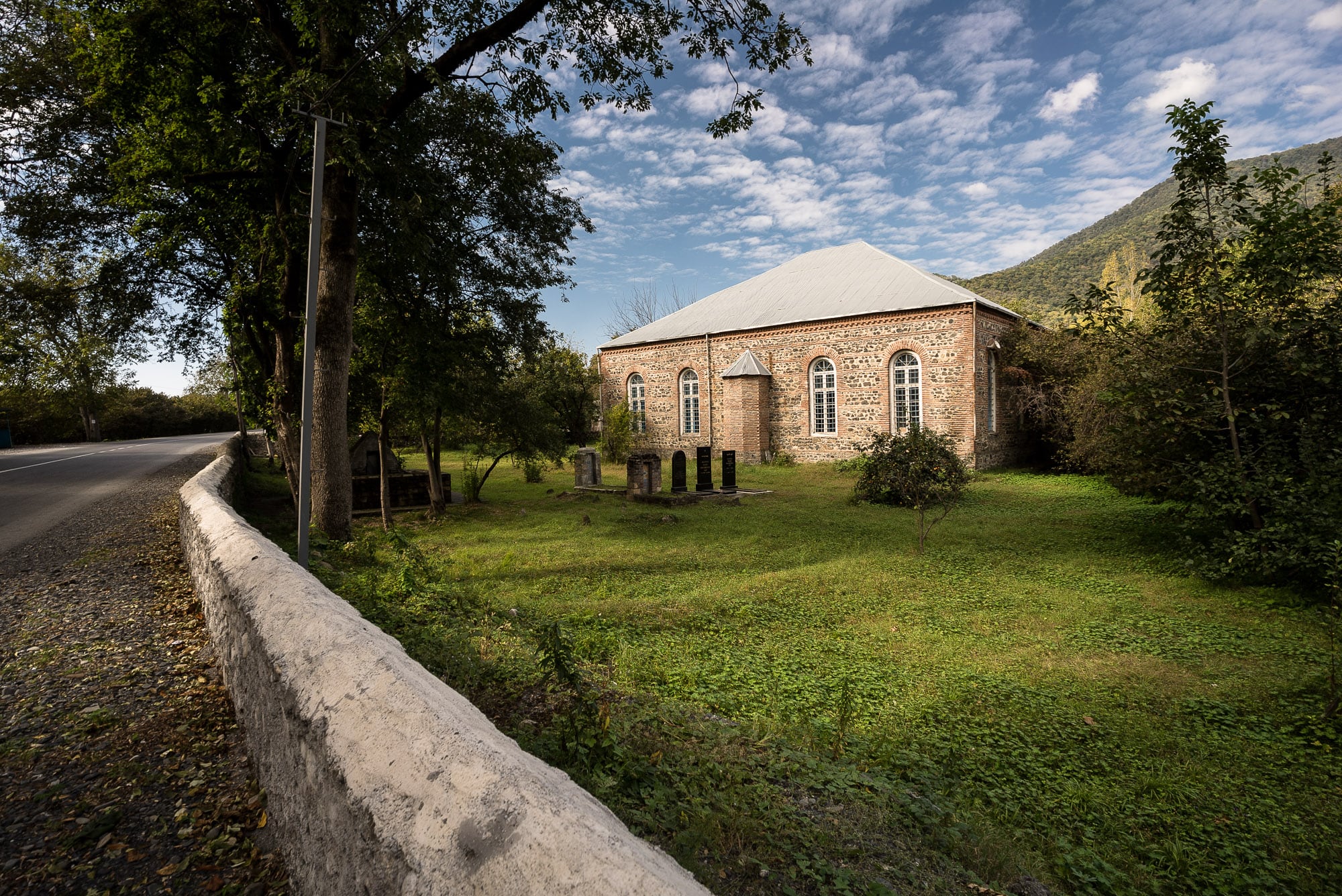 But mostly, it was just the road and some houses and the mountains in the distance: 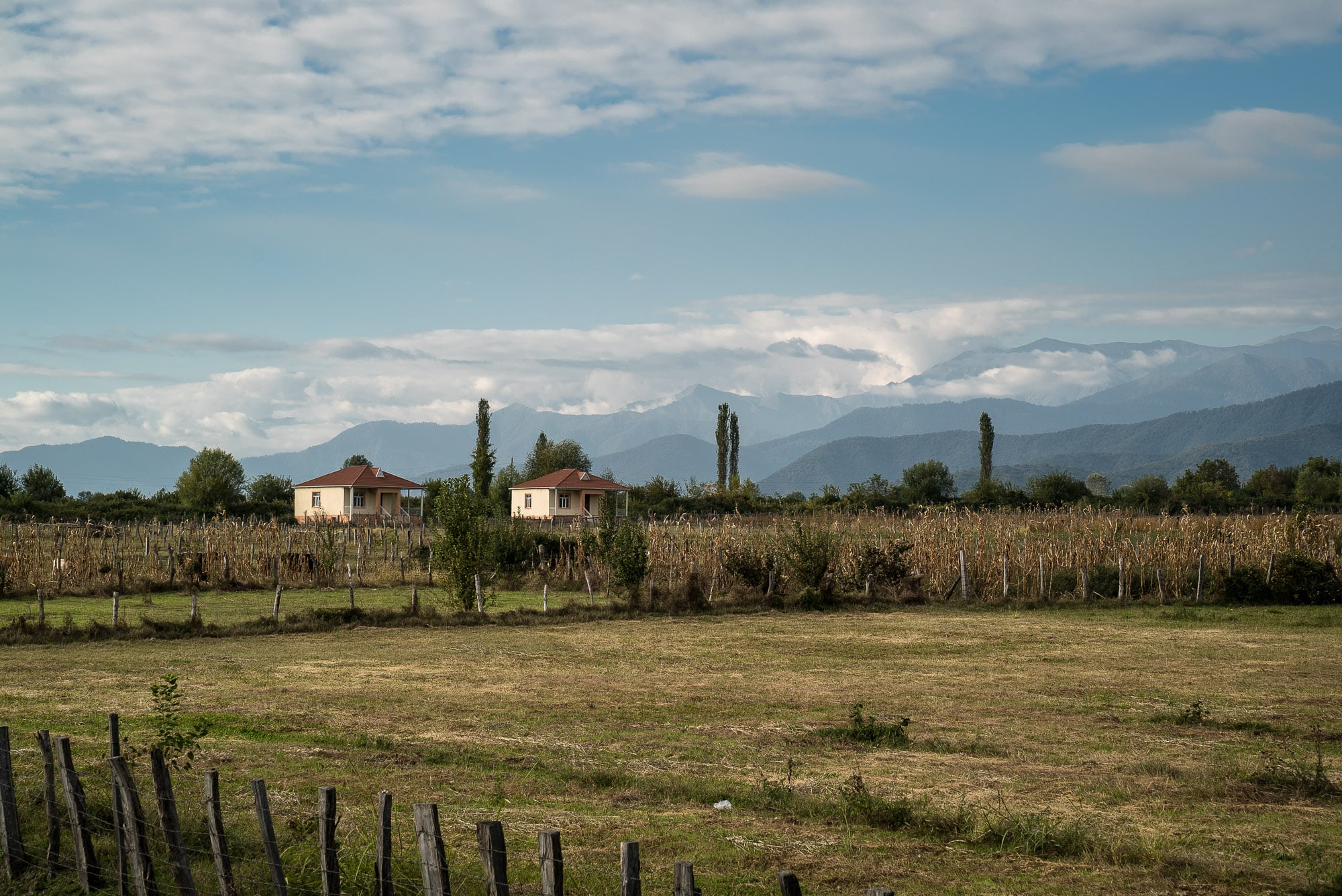 One time I ran into Cassie and Cédric, though: 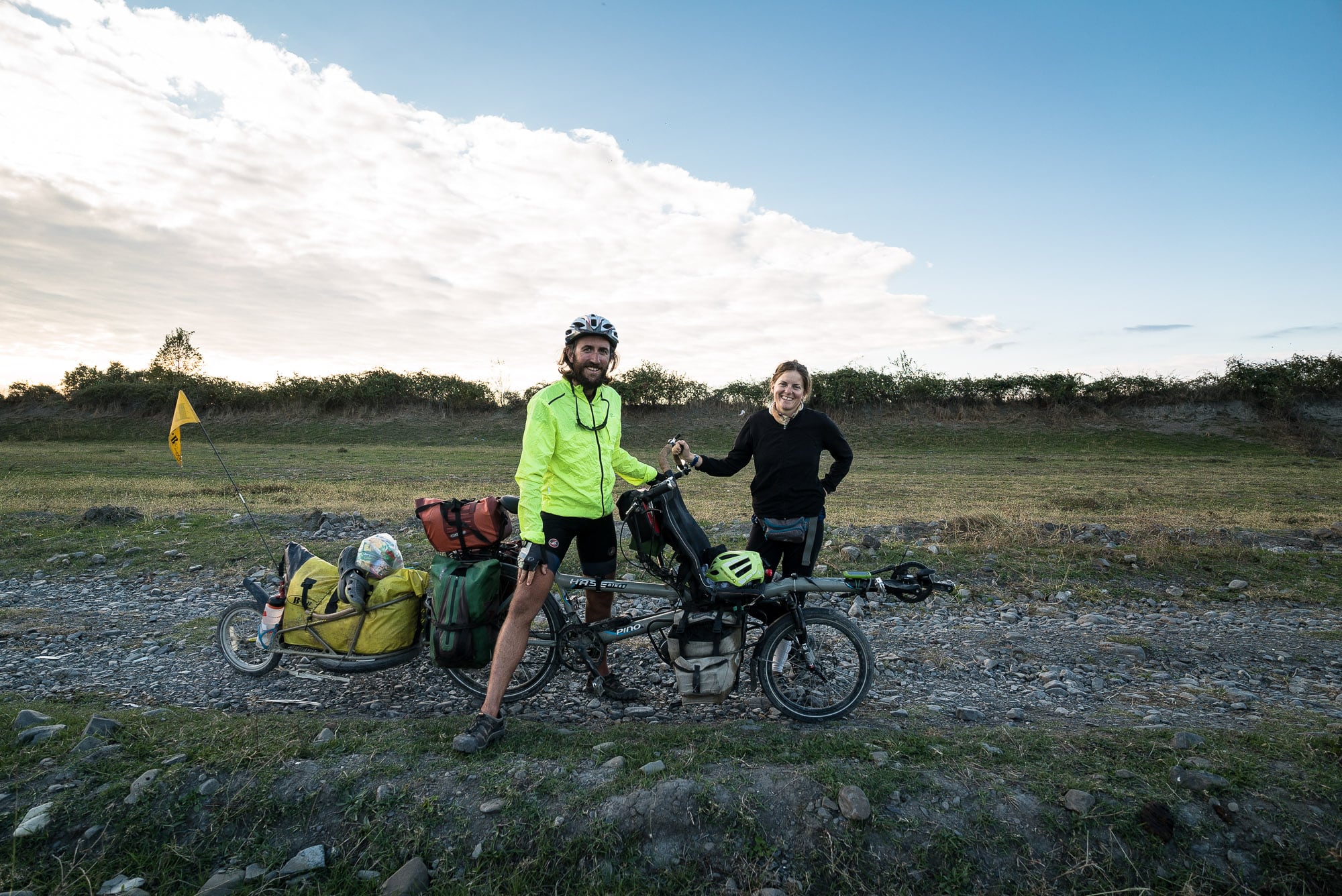 They were riding a tandem around the world. We talked for a bit, then I figured it was better to leave. I wanted to reach Zaqatala today, and it was still 15k away.

So – again – I walked past the sunset: 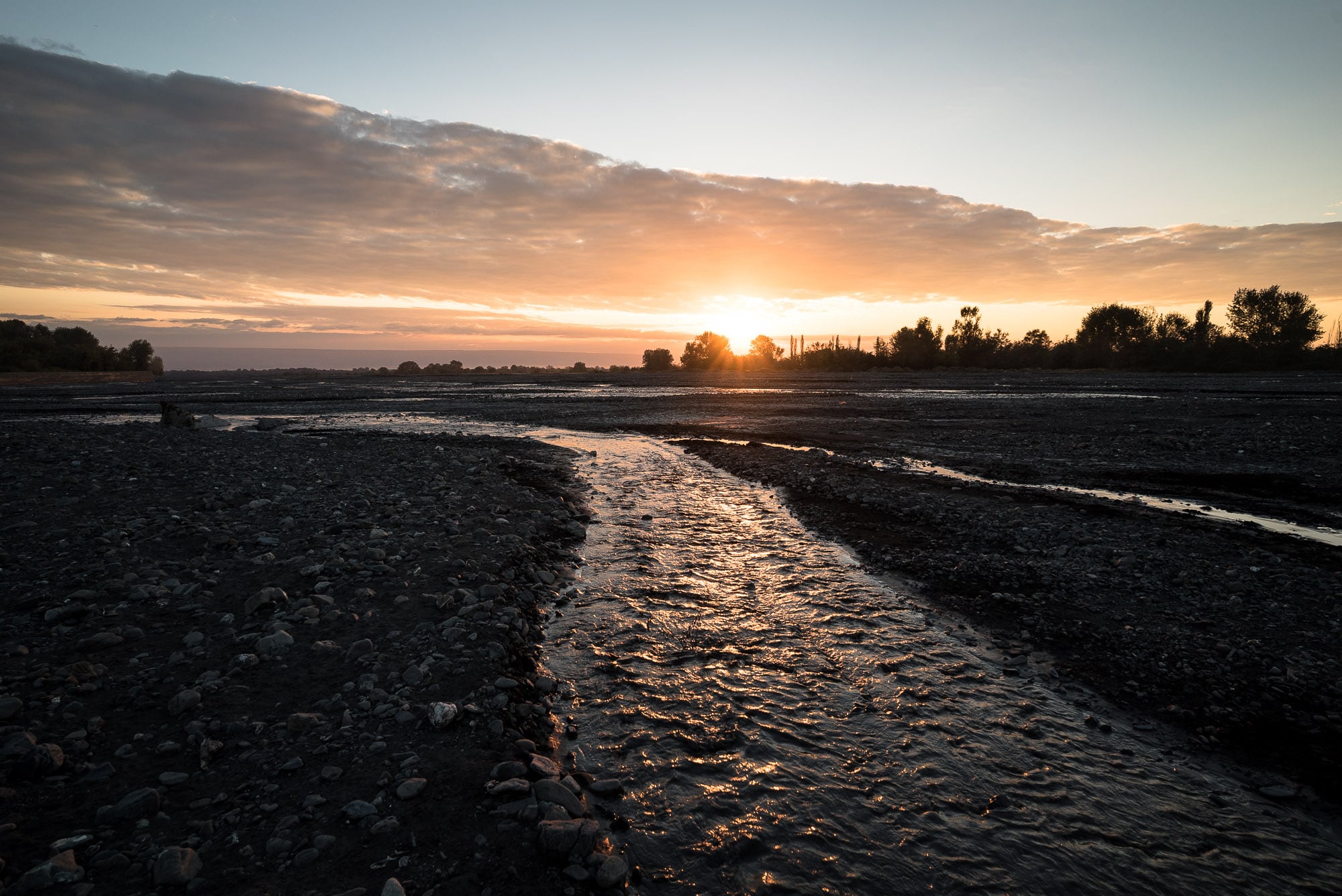 And – again – I walked into the night: 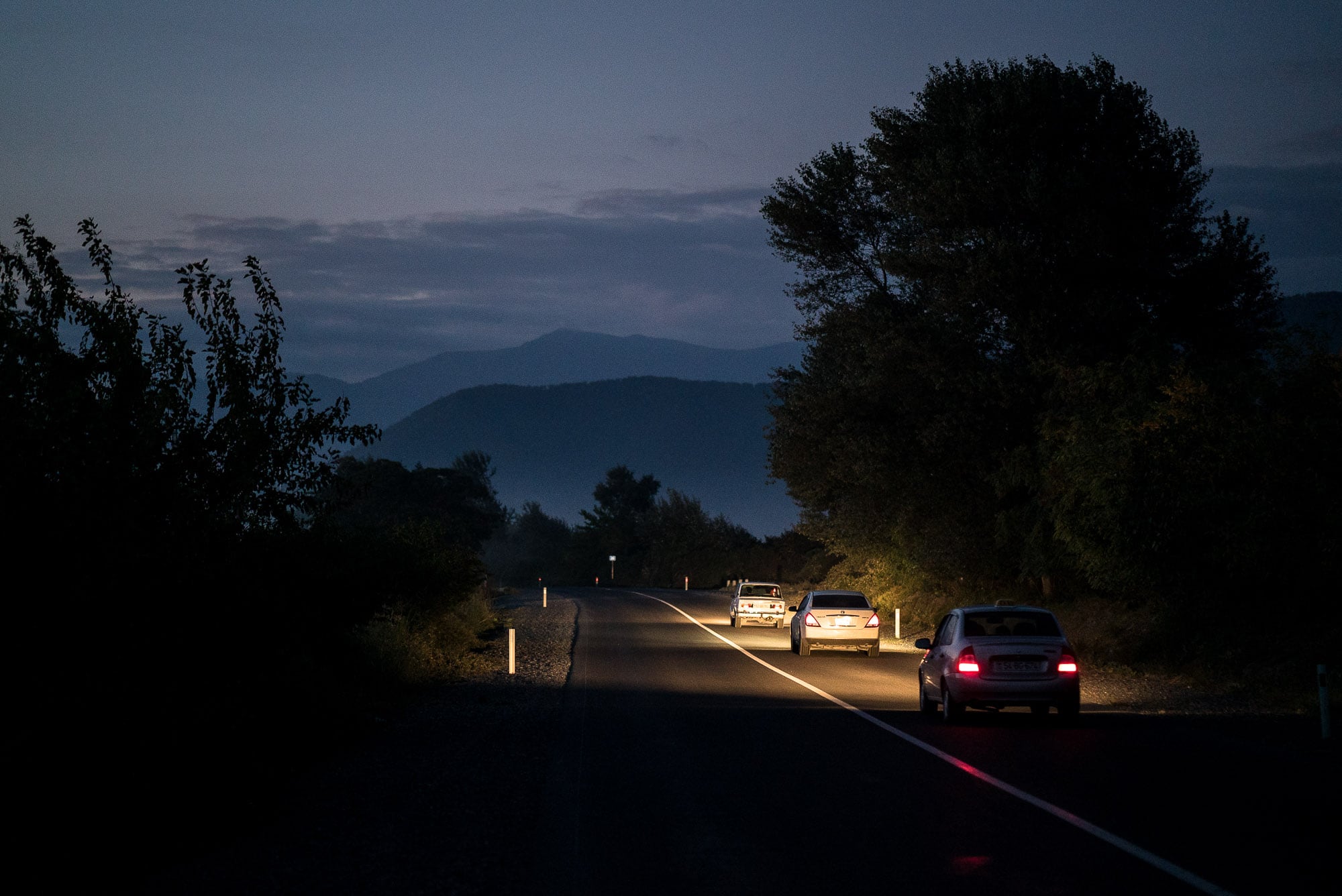 And then it got dark. Absolutely dark. There were trees left and right of the road, and I wasn’t able to see anything outside of the little circle of my headlamp. No moon, no stars, no lights, nothing. Just the occasional car to remind me that the world still existed. I liked it as an experience. But it was also a bit creepy.

And then, after what felt like an eternity, I finally noticed a monument in the distance, and I felt relieved: 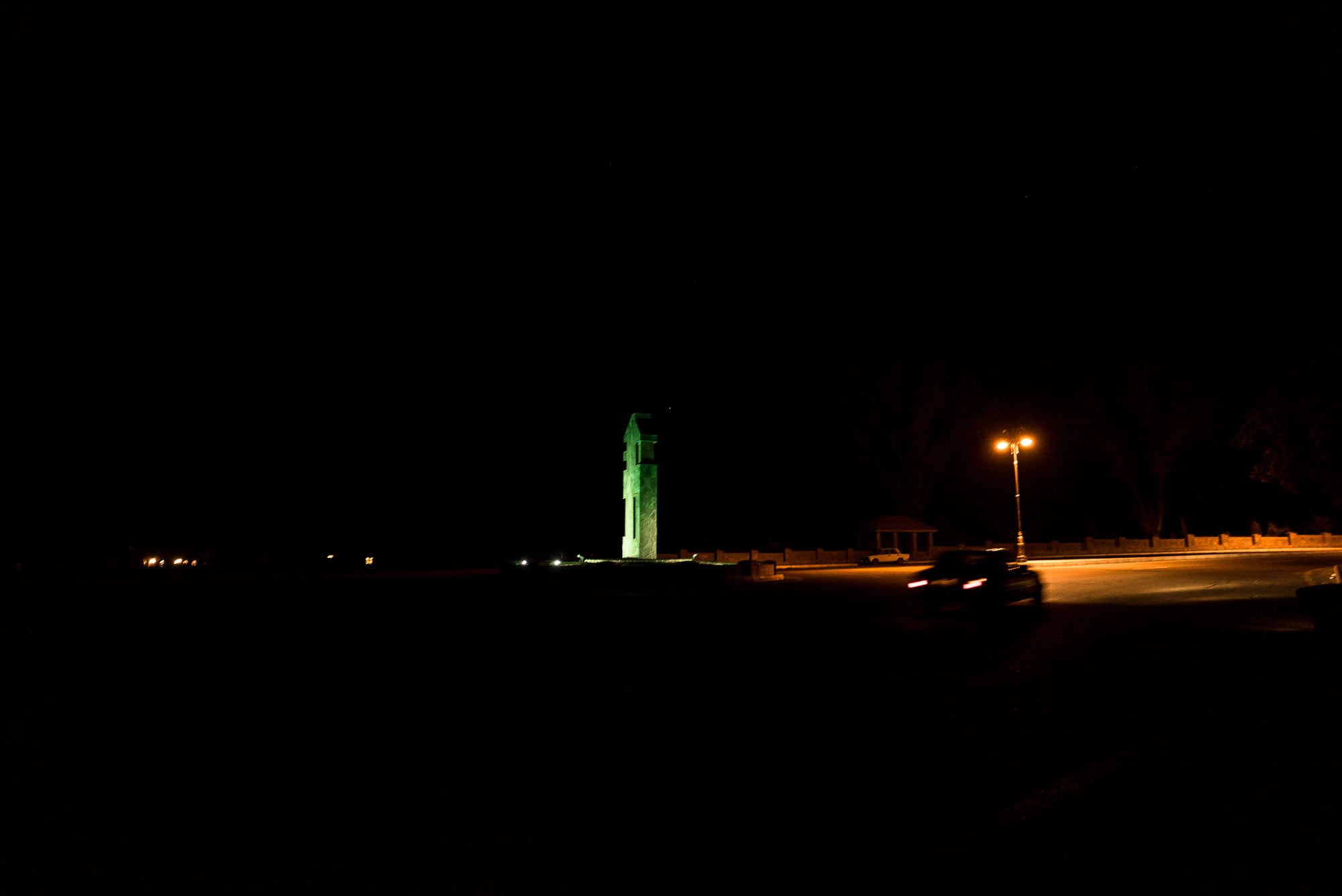