When I left Ismailli in the morning, the sky was saying something along the lines of: “hey dude, check me out, I’m as optimistic as I am blue!” 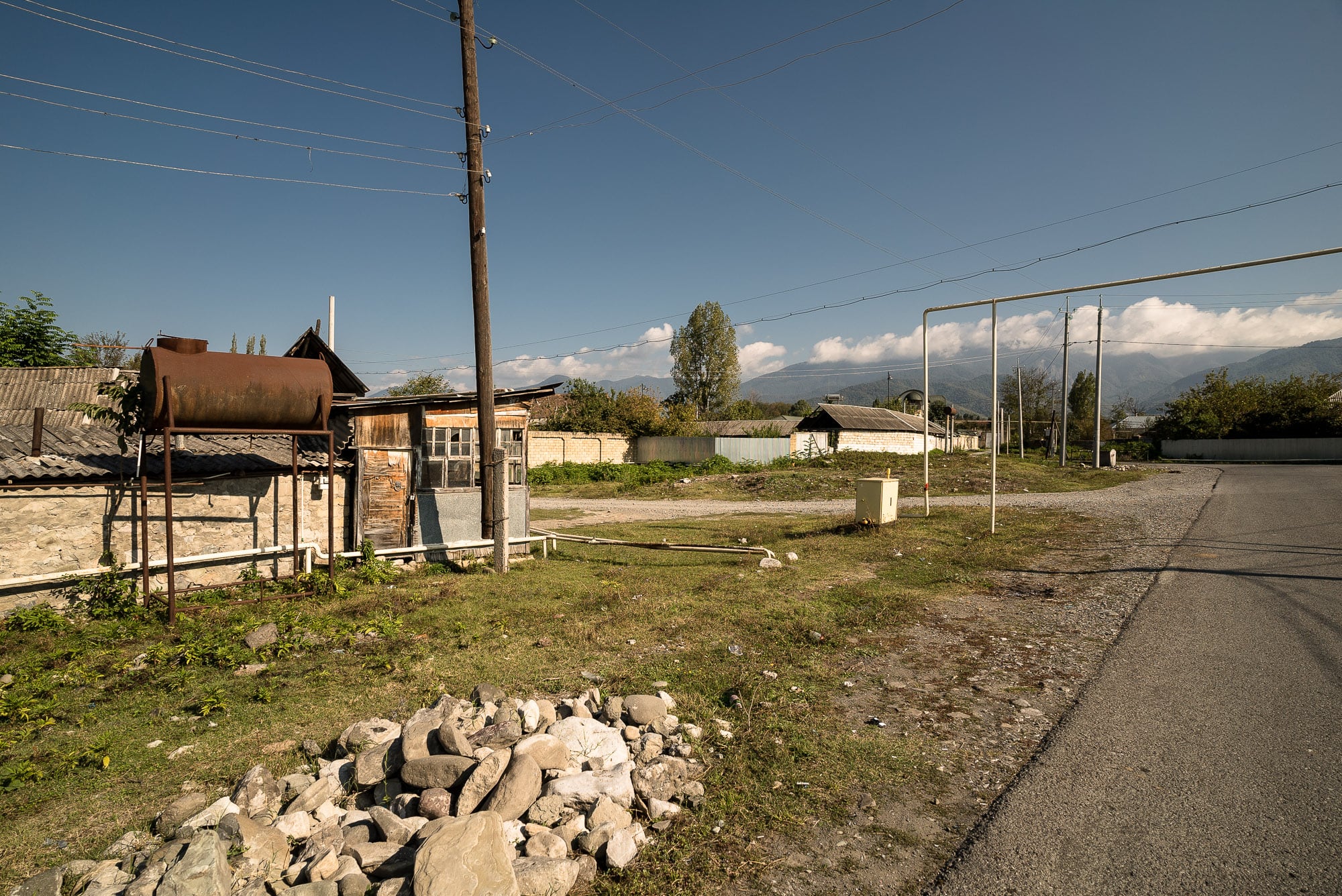 One genuinely weird thing about the whole area was the abundance of castle-like structures. They were everywhere. Ismailli was doing its part for the castilification of Azerbaijan by having a whole new structure that resembled a city wall: 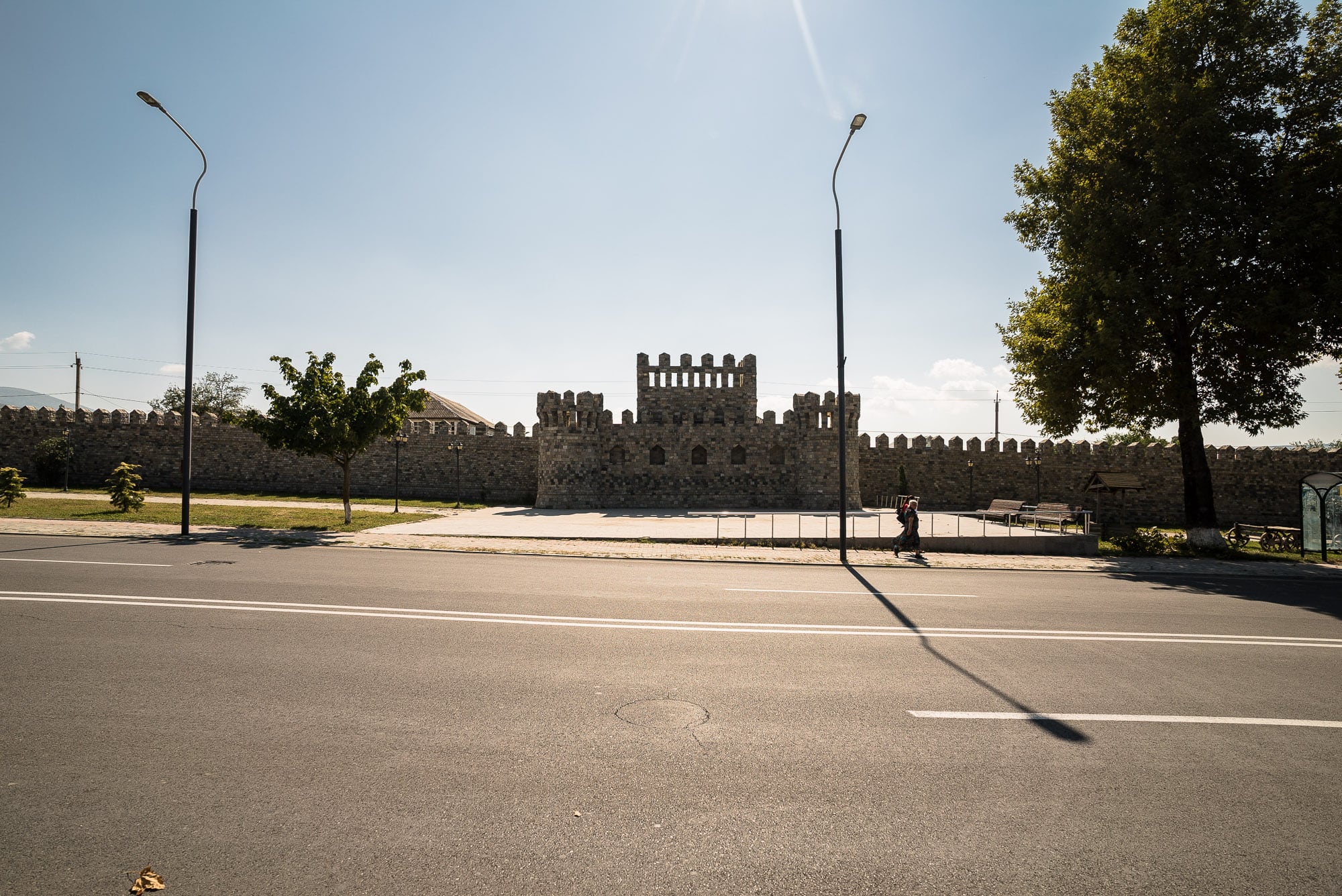 I didn’t know what to make of this.

But either way it seemed as though I could take this road upon me, for my road was easy and my Caboose was light: 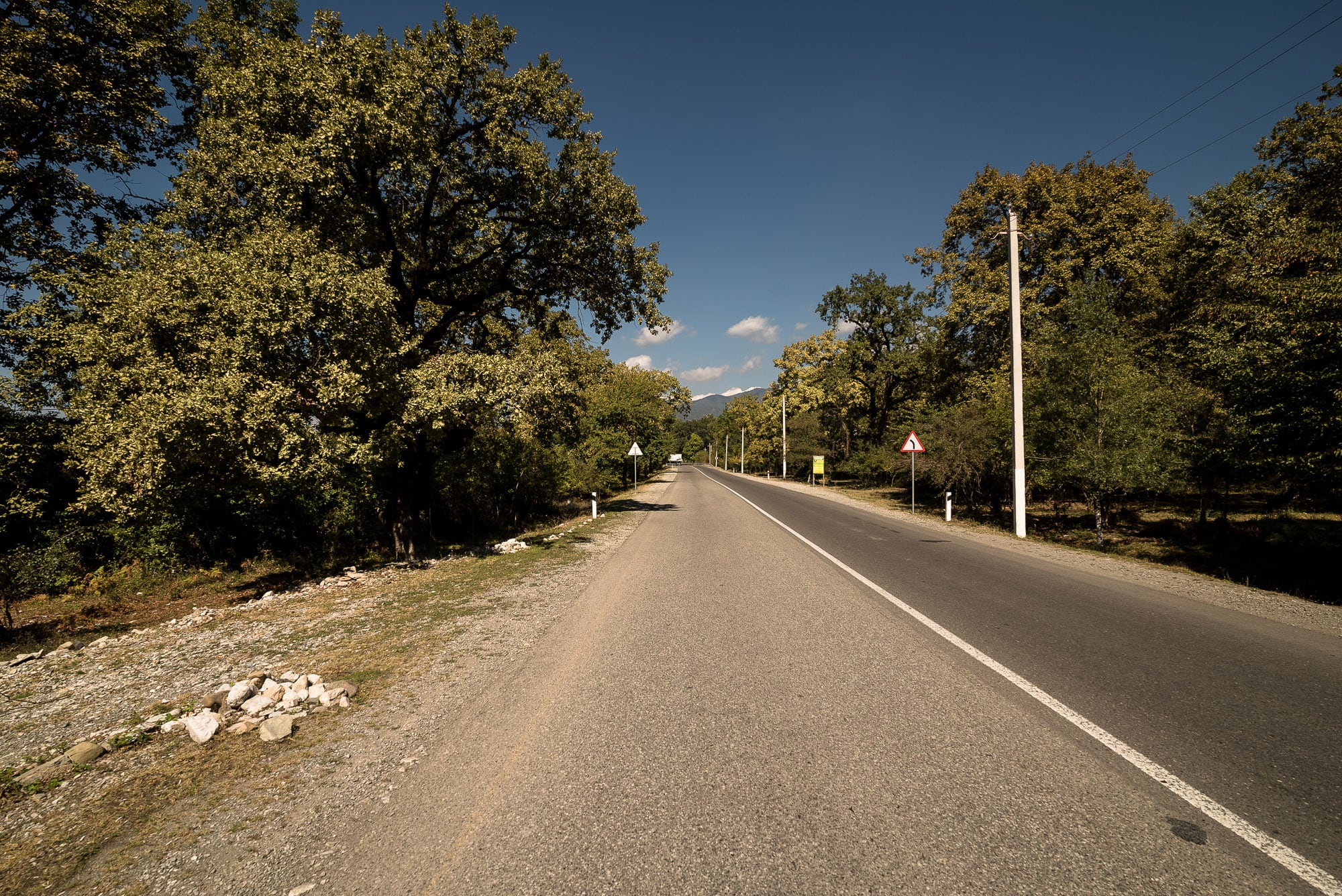 When I looked left and right I saw trees and the sunlight playing with them: 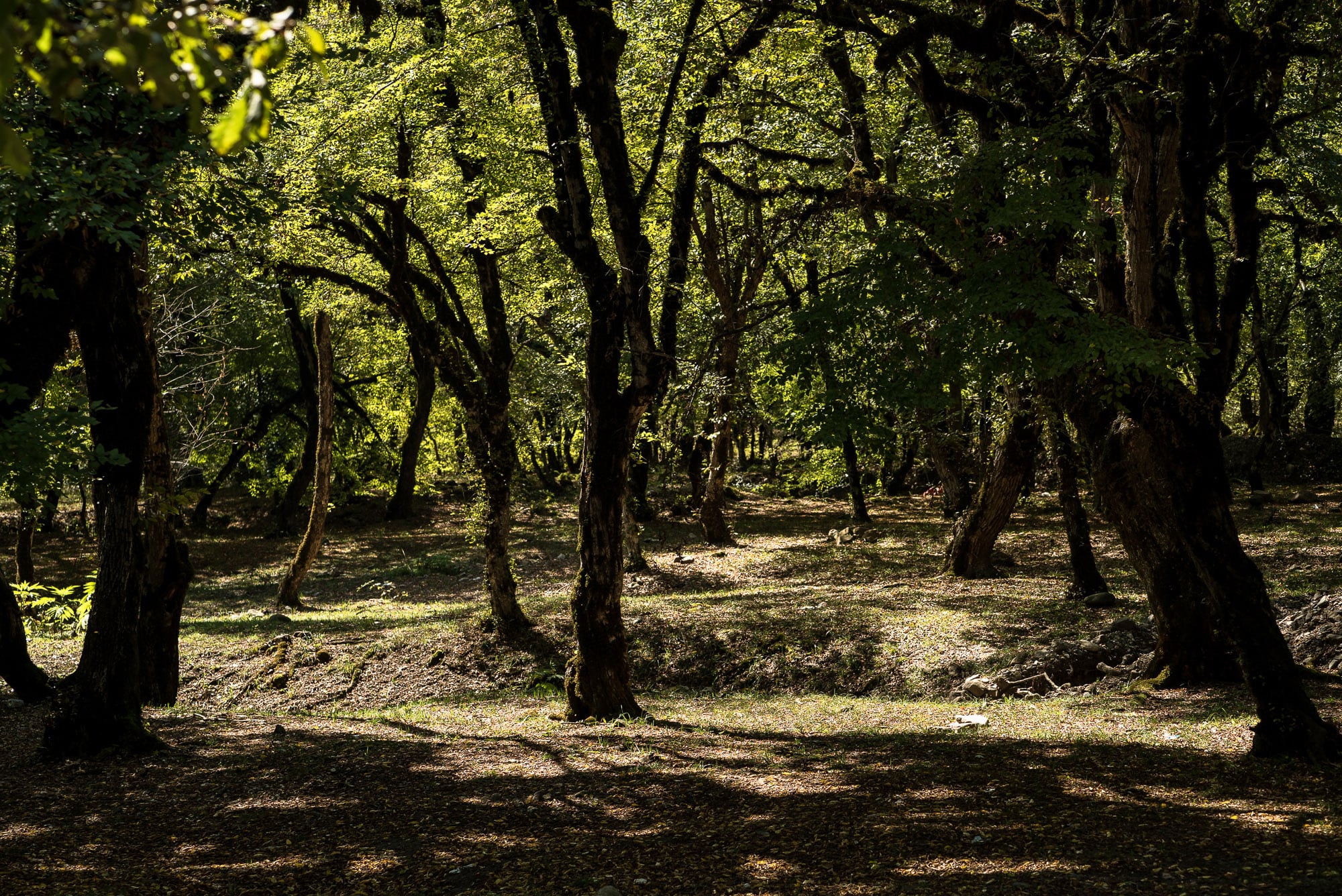 I saw beekeeper’s carts with the bees going busily in and out of their boxes: 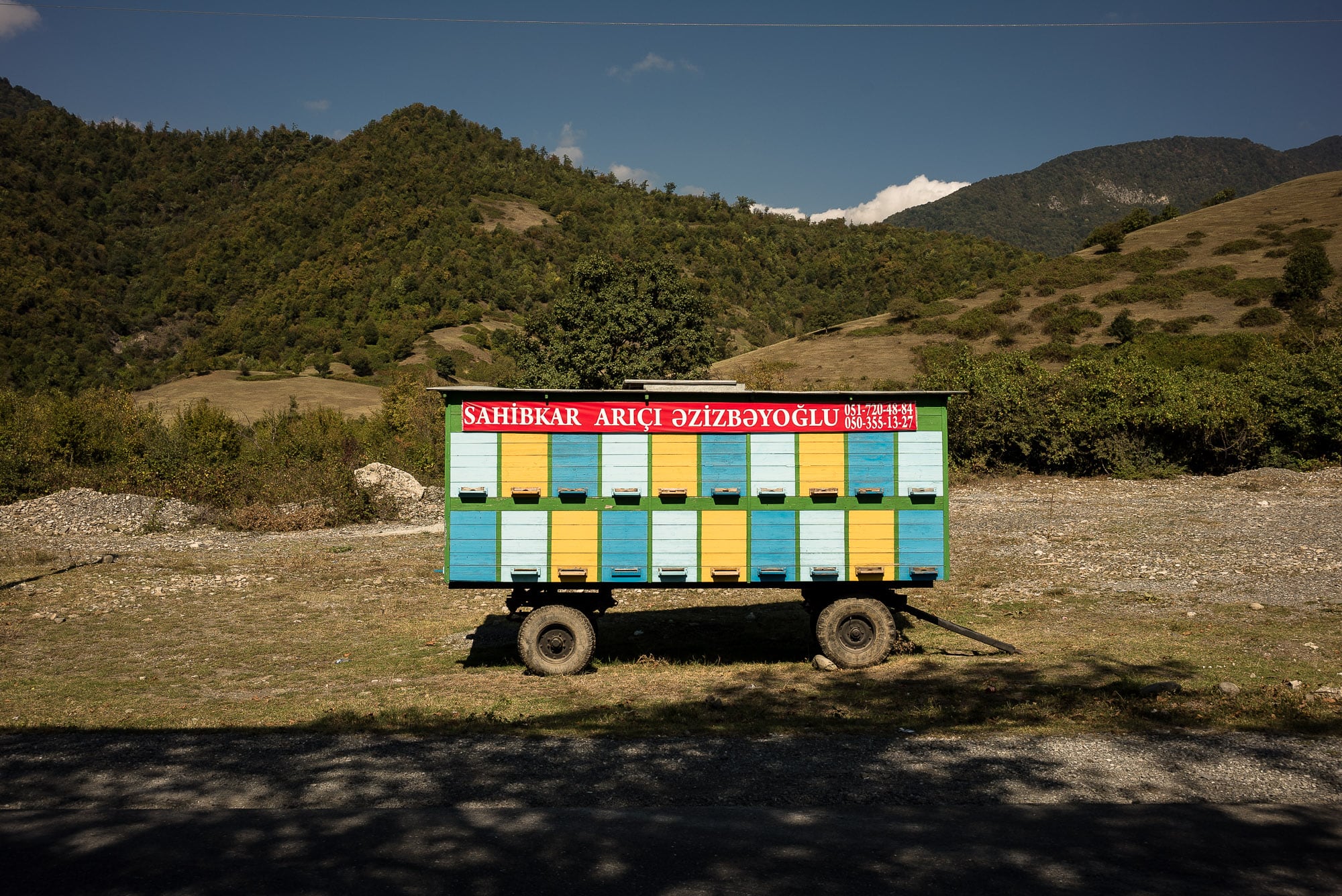 And sometimes I saw cows staring at me from between the trees: 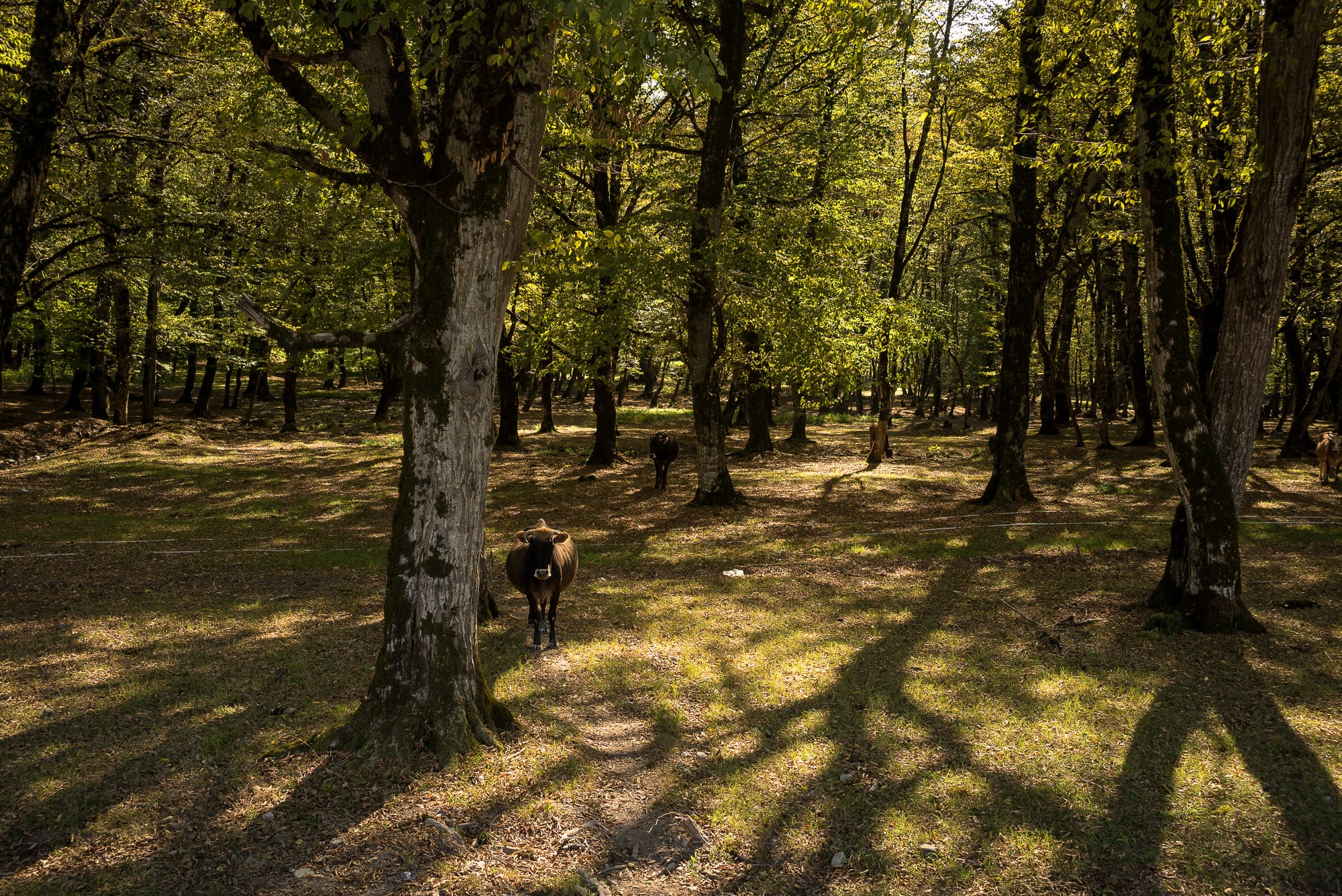 And sometimes the forests opened up a bit and I was able to see the hills and the mountains in the distance: 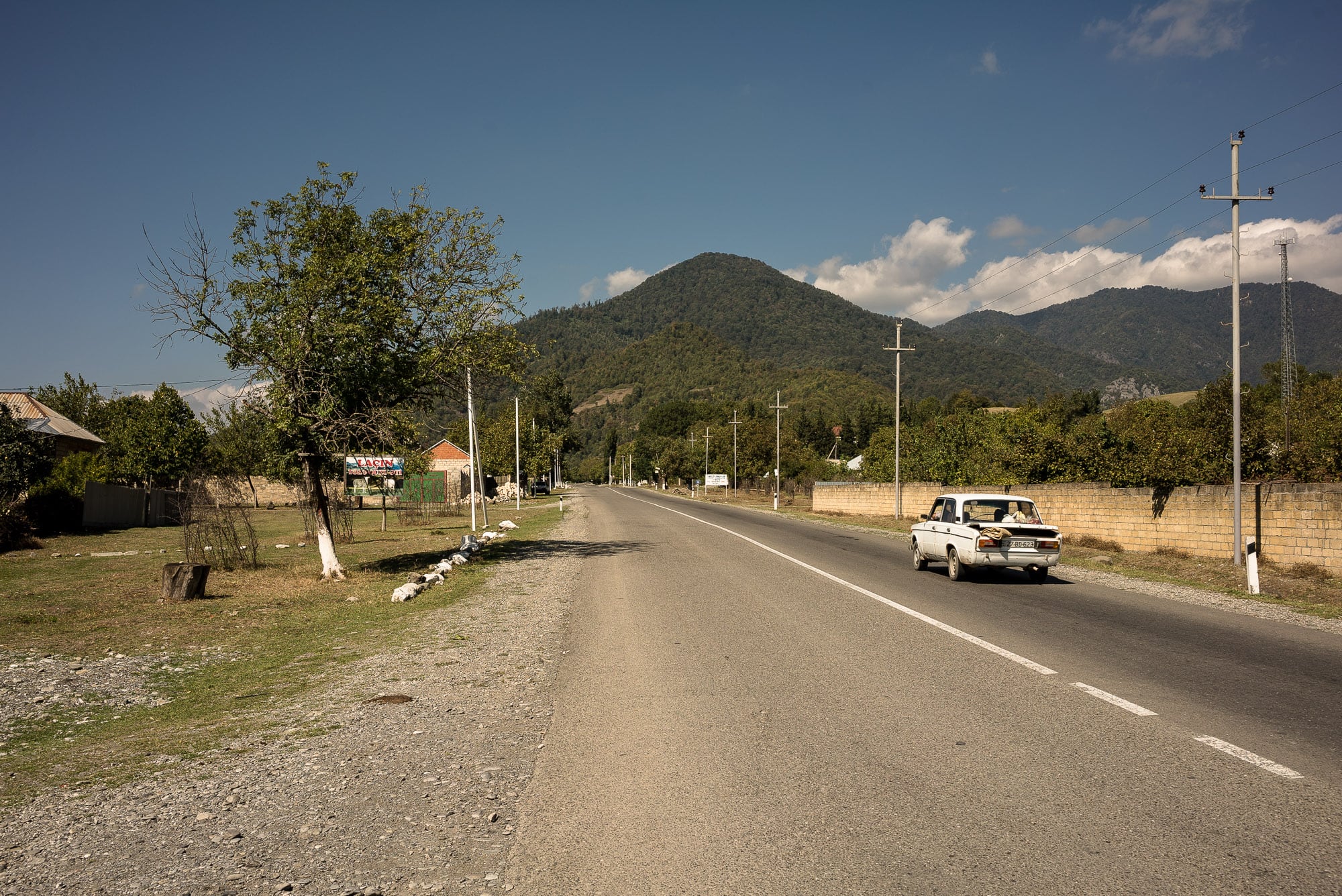 I liked this bus stop that looked like it was from Soviet times while at the same time seeming much older than that: 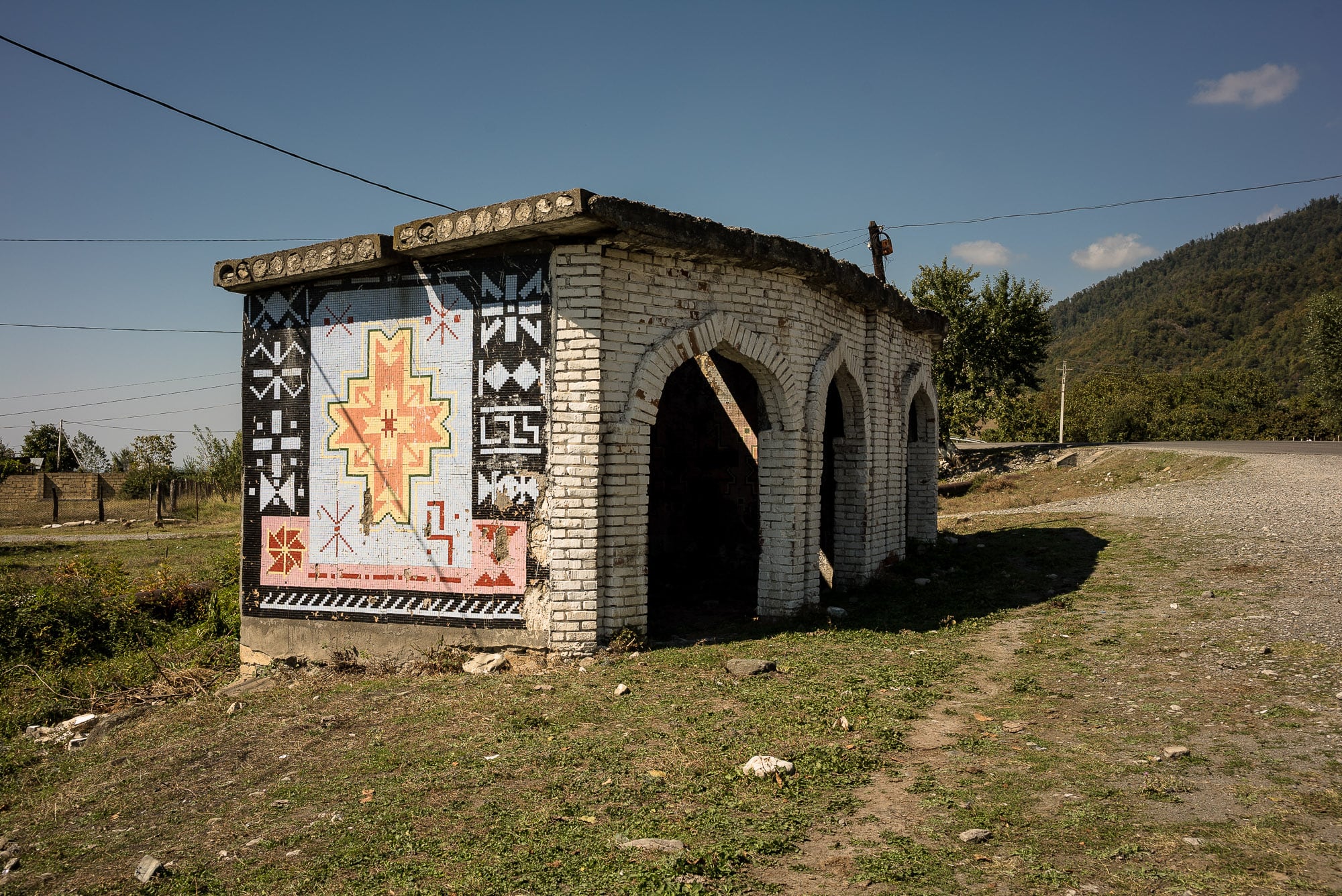 One time I rested for a while in a particularly silky-looking part of the forest, and when I did I made sure to take a photo of the Caboose and me between the trees: 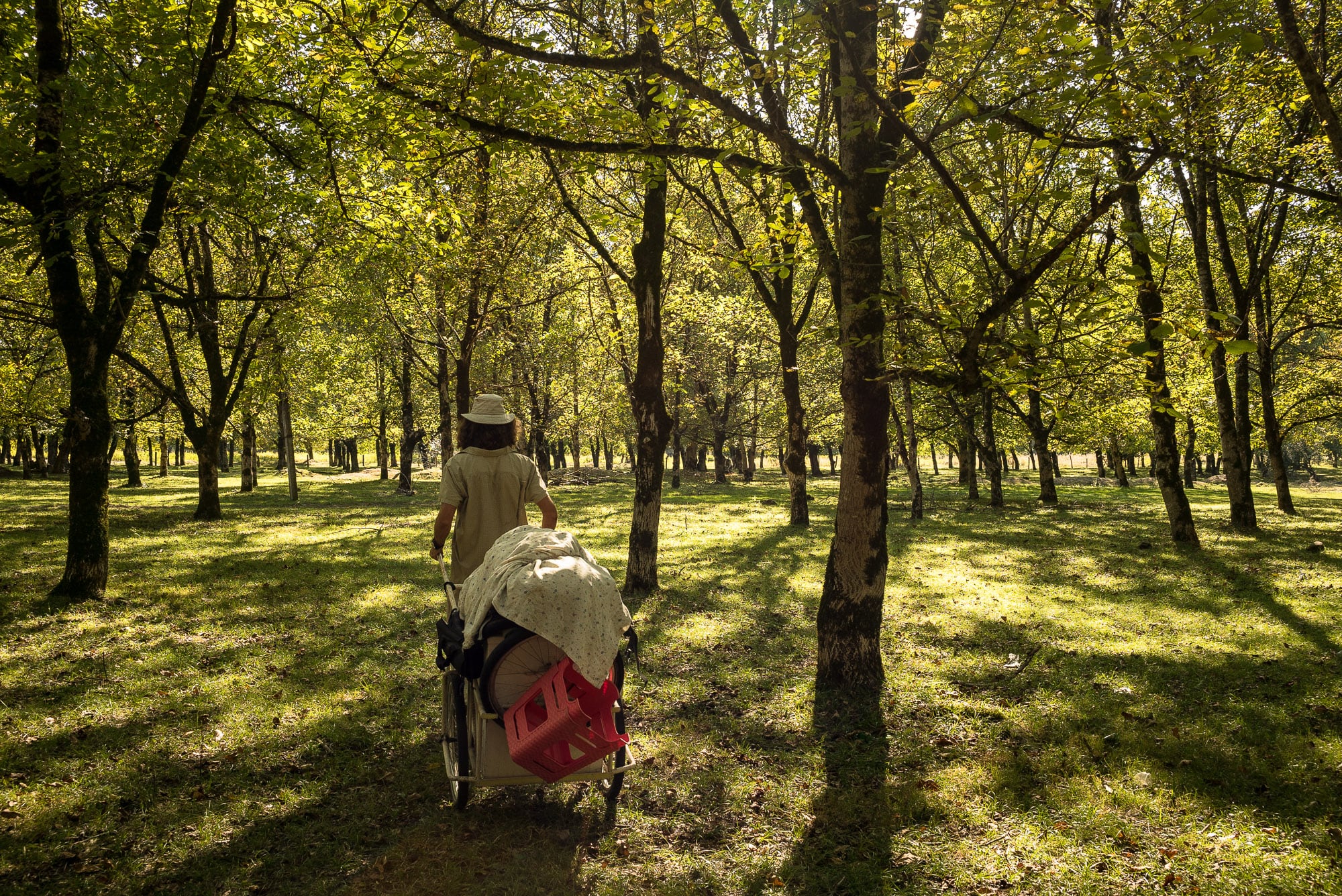 Sadullah, a shepherd who was tending to his flock of sheep, had noticed me walking up and down in the forest, and he was very amused: 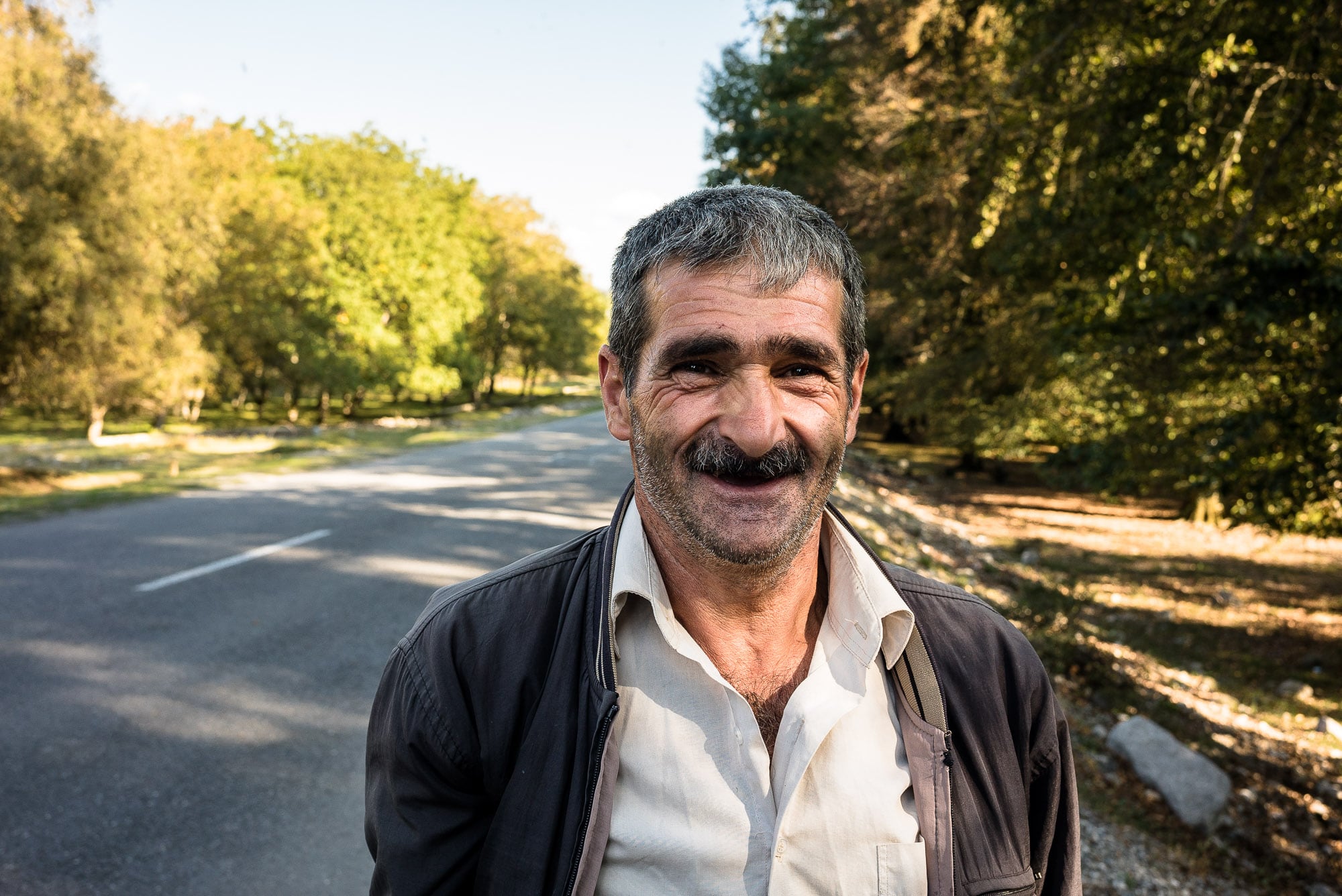 He gave me two handfuls of walnuts and wished me luck.

Then I crossed a river: 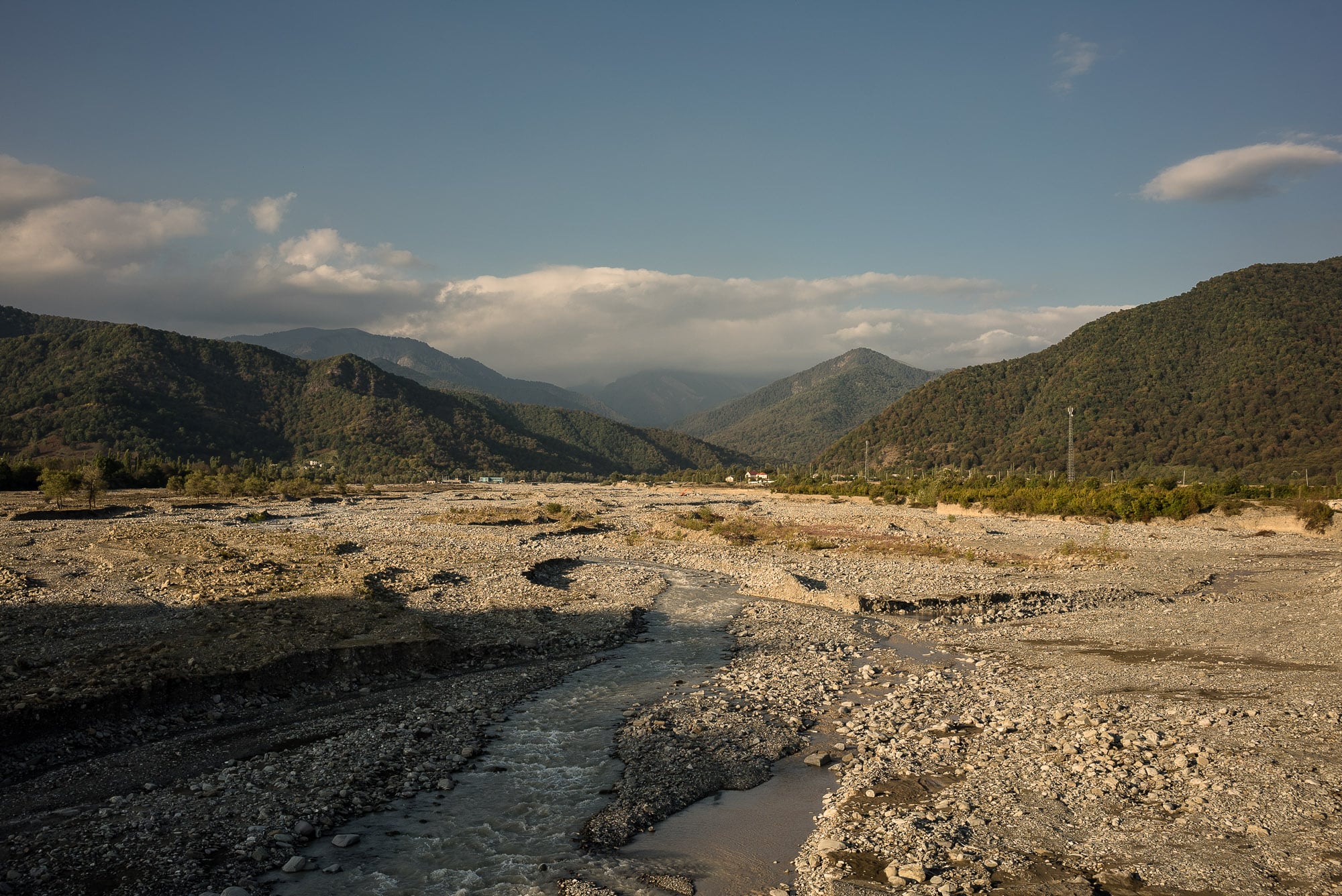 And then, when darkness started to descend upon the forests and the open land alike, I walked into one of the many open-air restaurants between the trees and asked them if I could pitch my tent there: 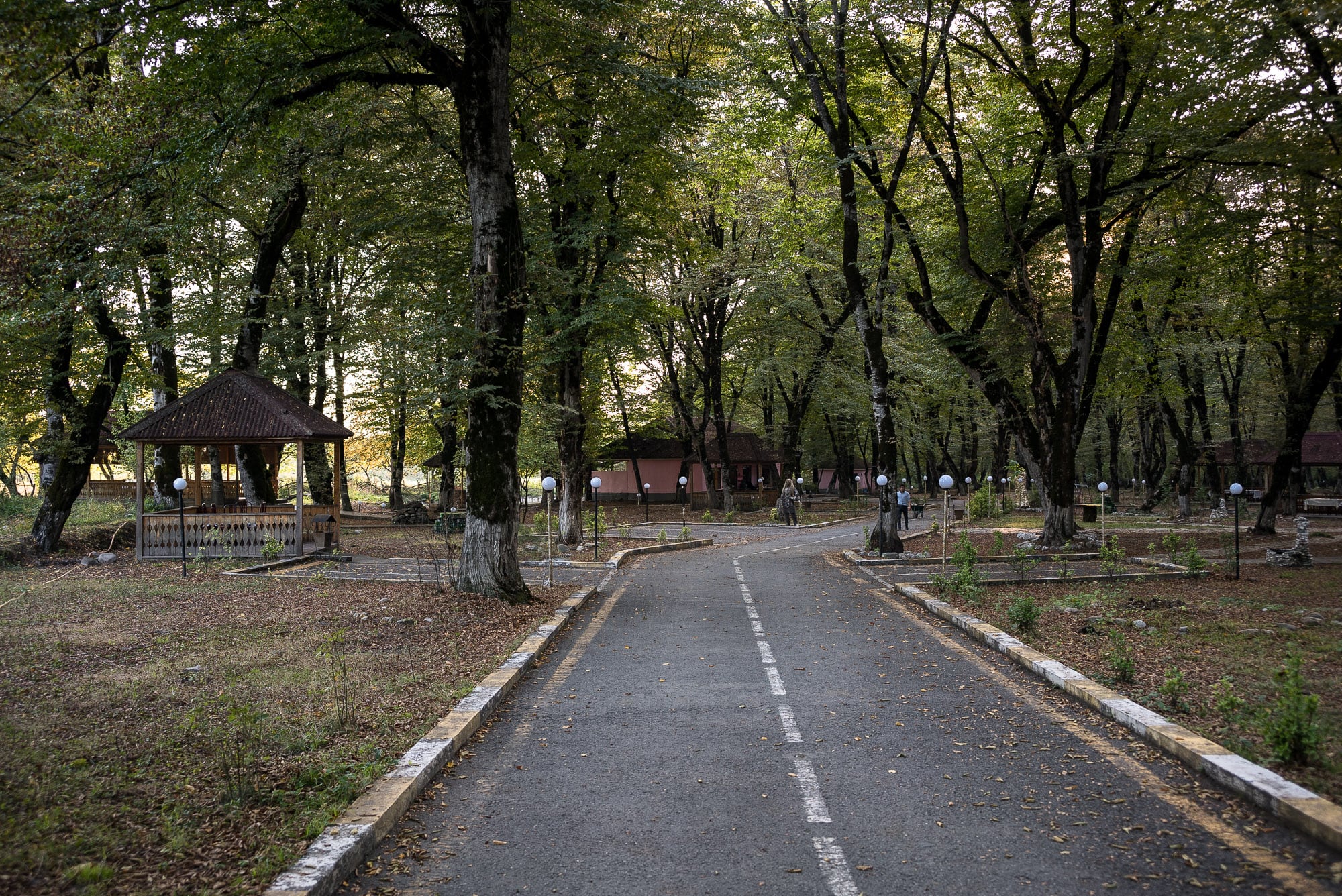 They said sure, and so I set up camp: 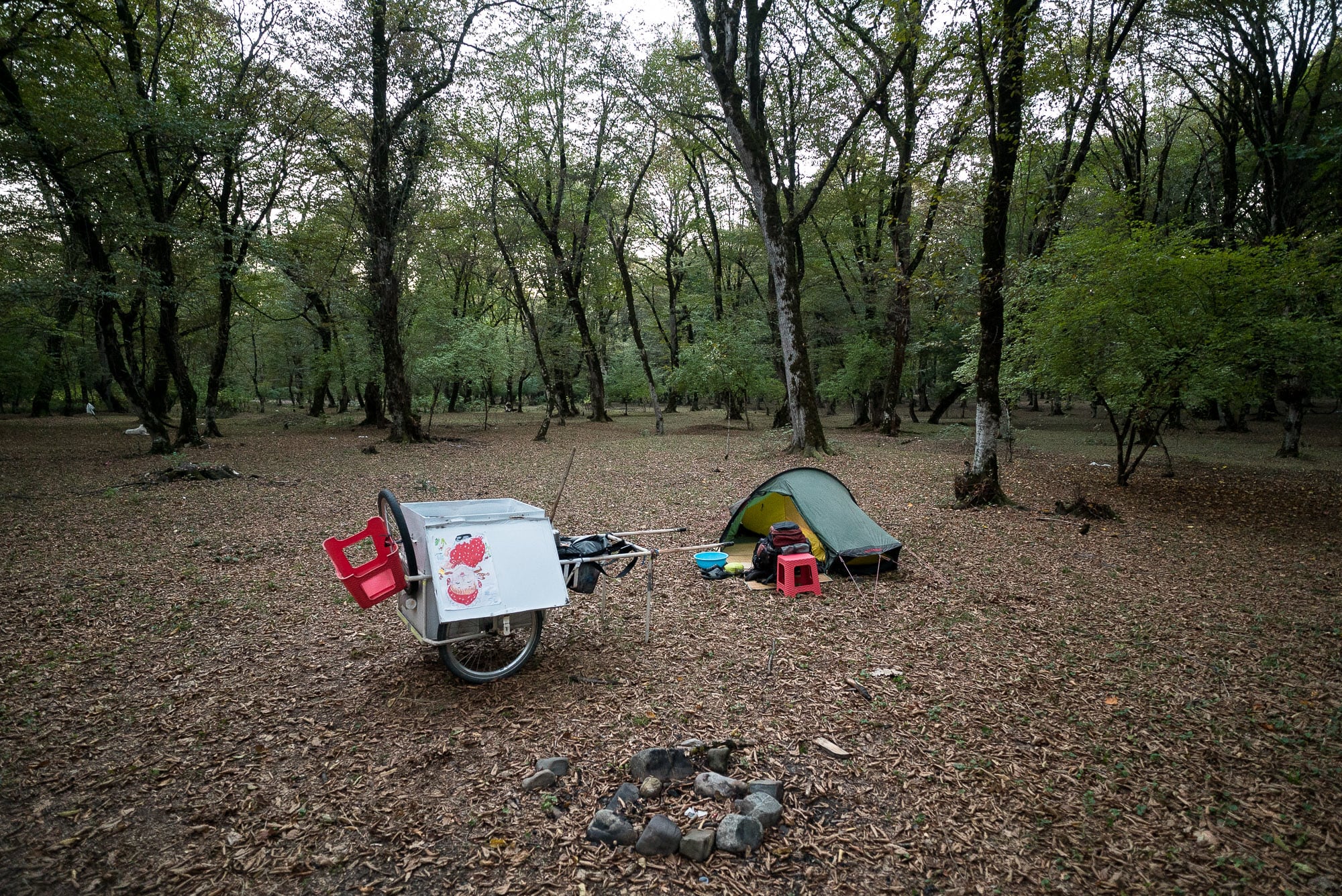 And then, because the cook had already gone home and there was nothing to eat in the restaurant, I had a dish that seemed to consist of cold pancakes filled with herbs: 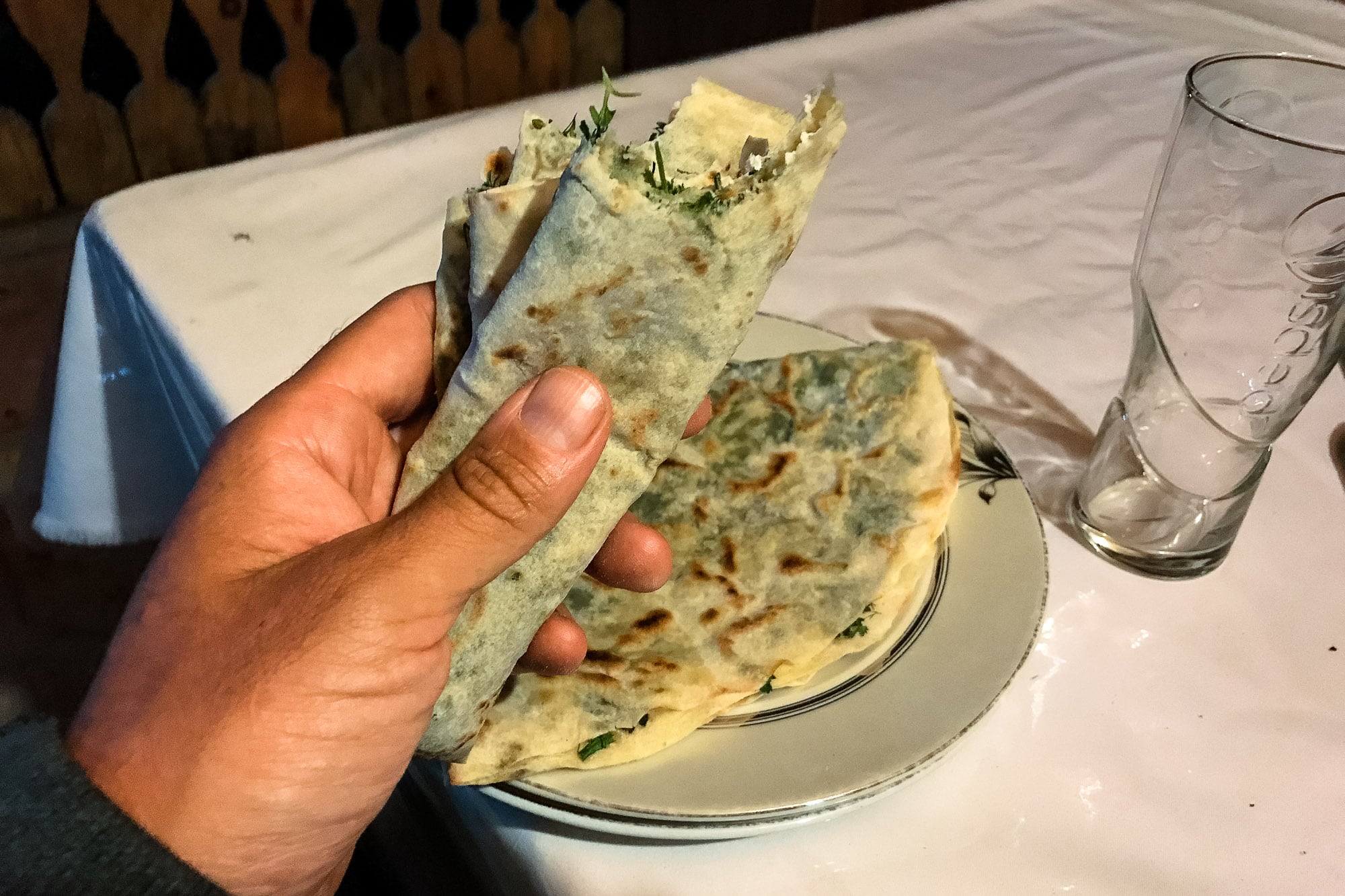 And it wasn’t all that bad.

Then I retreated to my stately home: 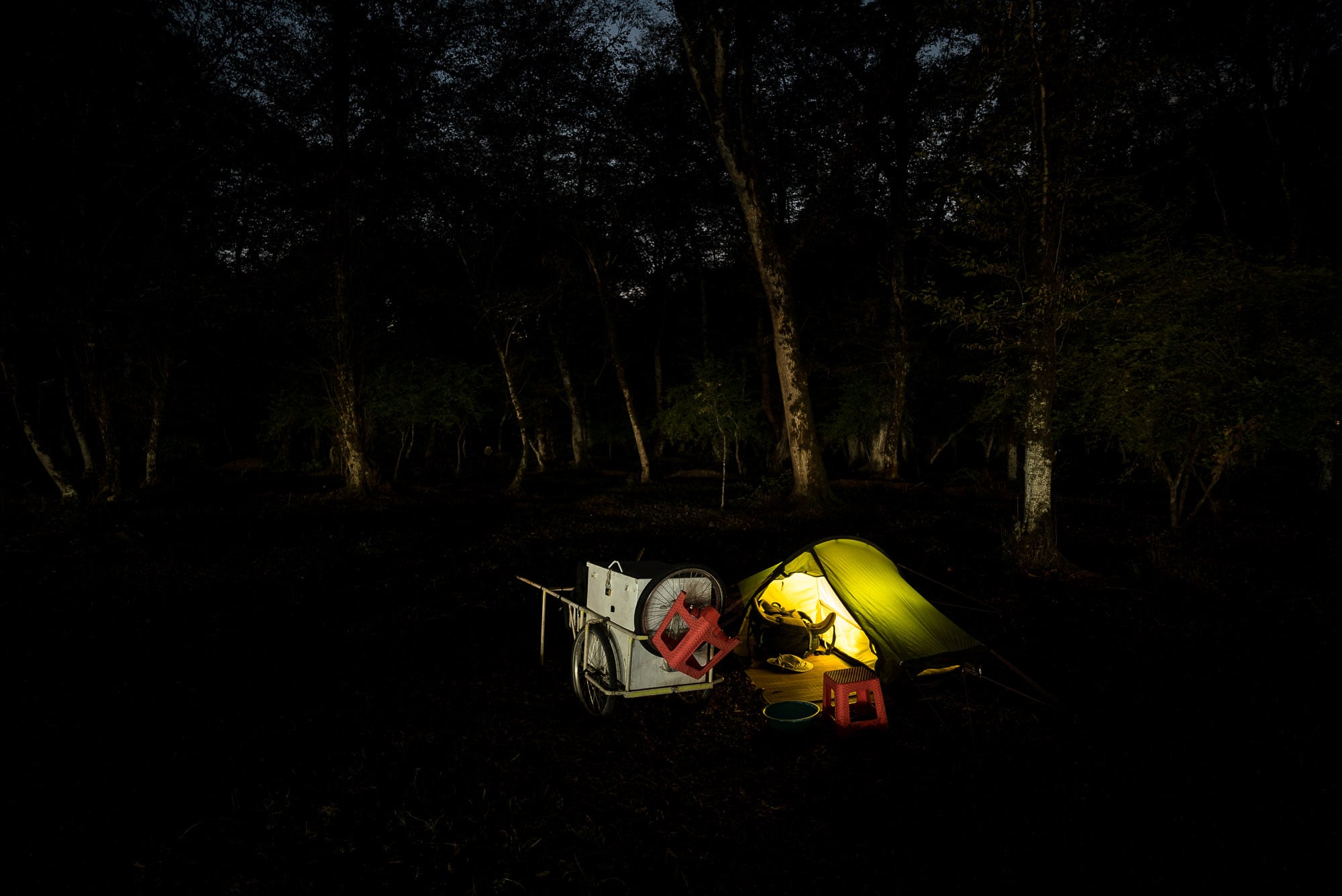 And the forest and I went to sleep.

Day 1244
from Ismailli to Sumagalli