I only had four days to get to the border, or else my visa for Azerbaijan would run out. So I said goodbye to the old town and the caravanserai and the mushroom, and I stepped out of the gates and started walking again: 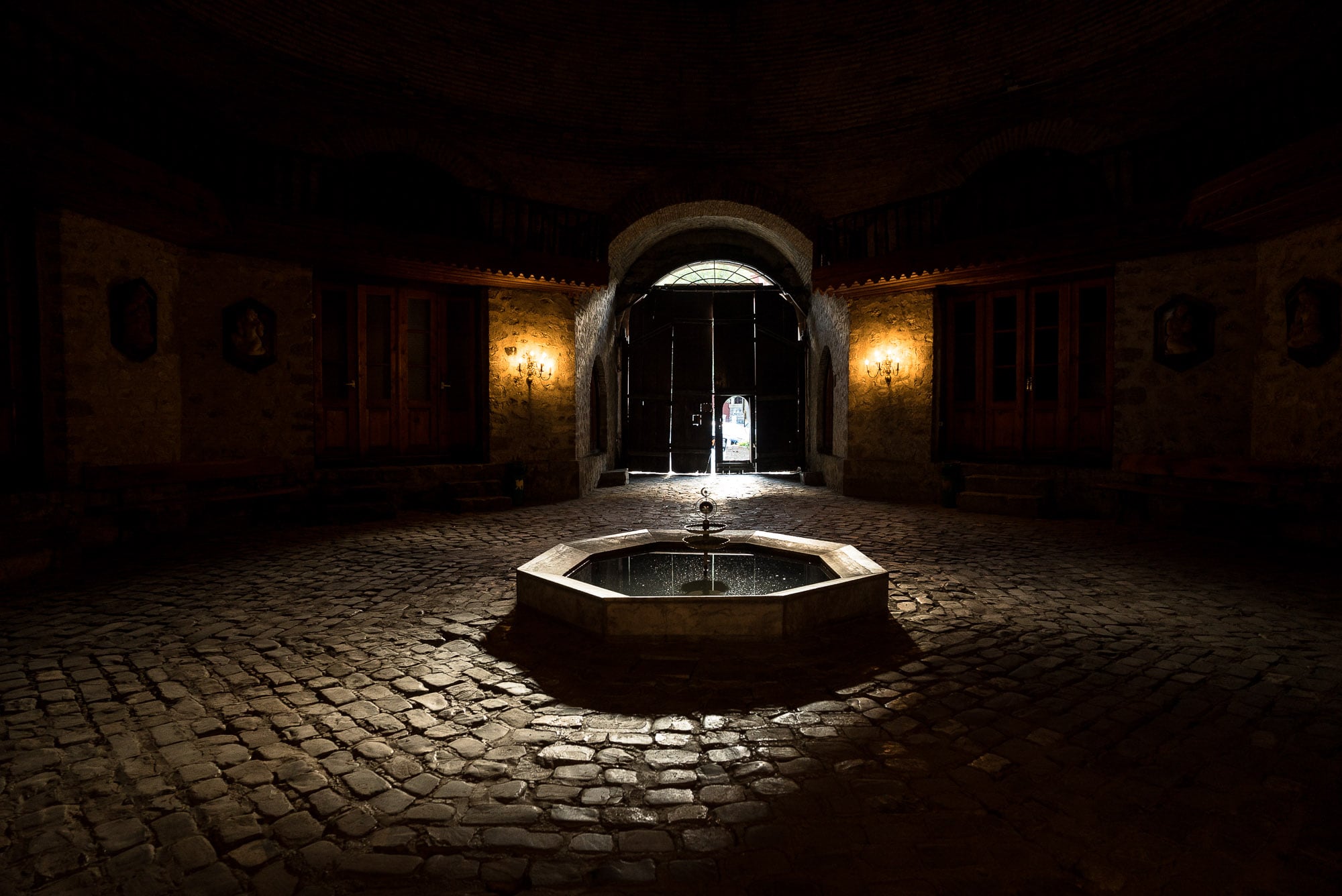 It was at least 110km to the border, and some of it was going to be uphill, so I felt a bit stressed.

Sheki was quiet when I left: 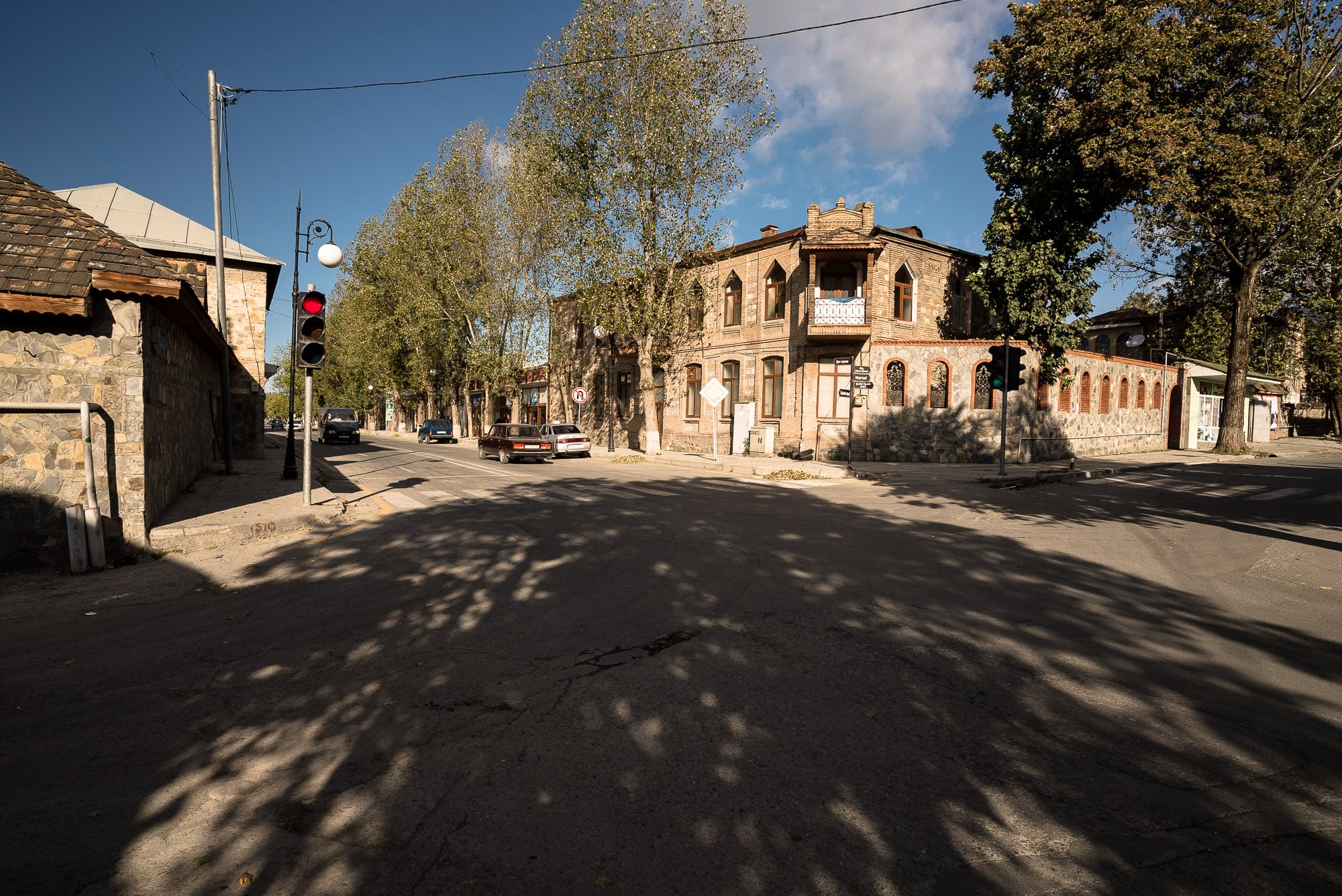 When I looked to my right I could see the Caucasian mountains: 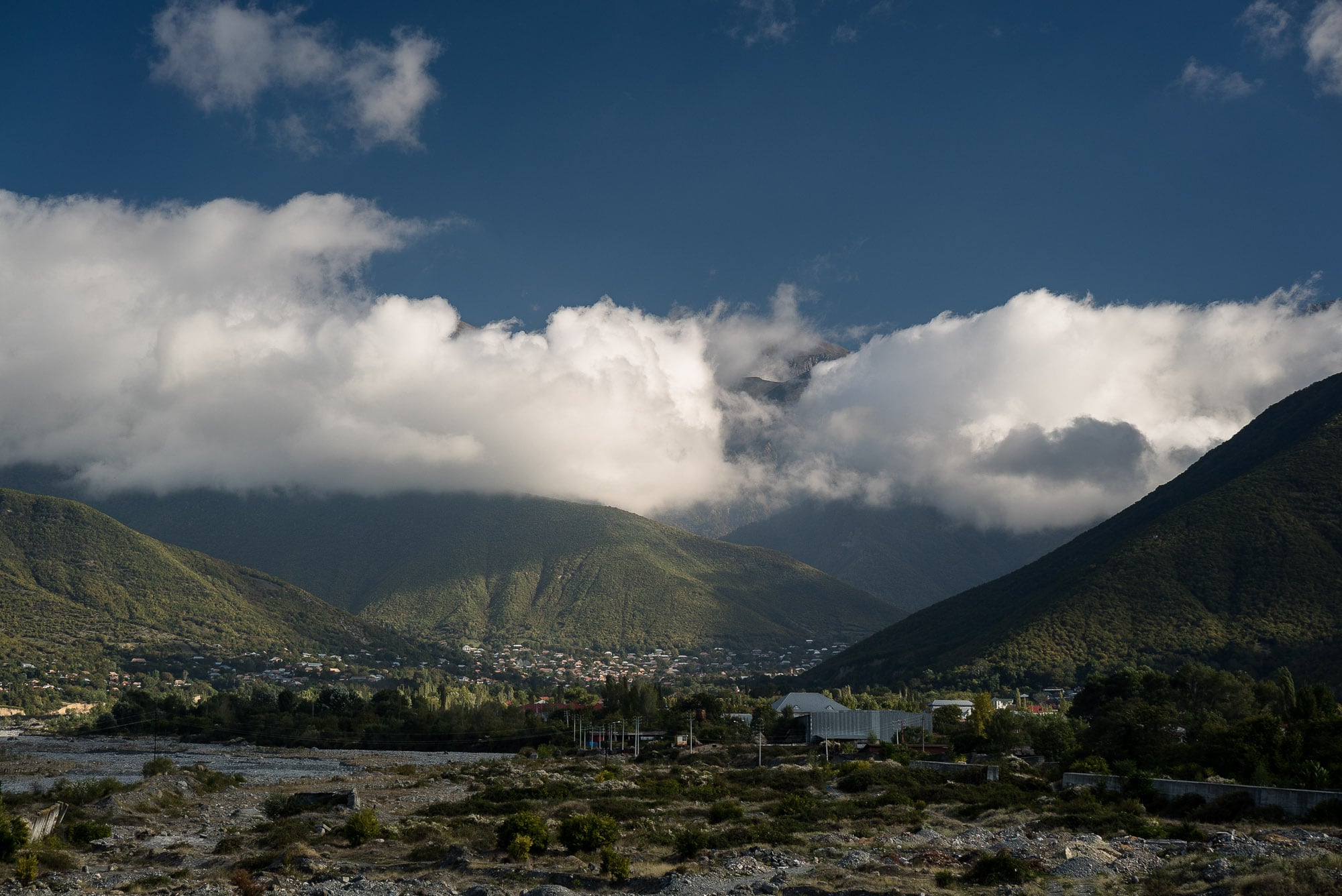 And one time, when I sat down and looked to my left, I saw a little dog that was very scared and very curious: 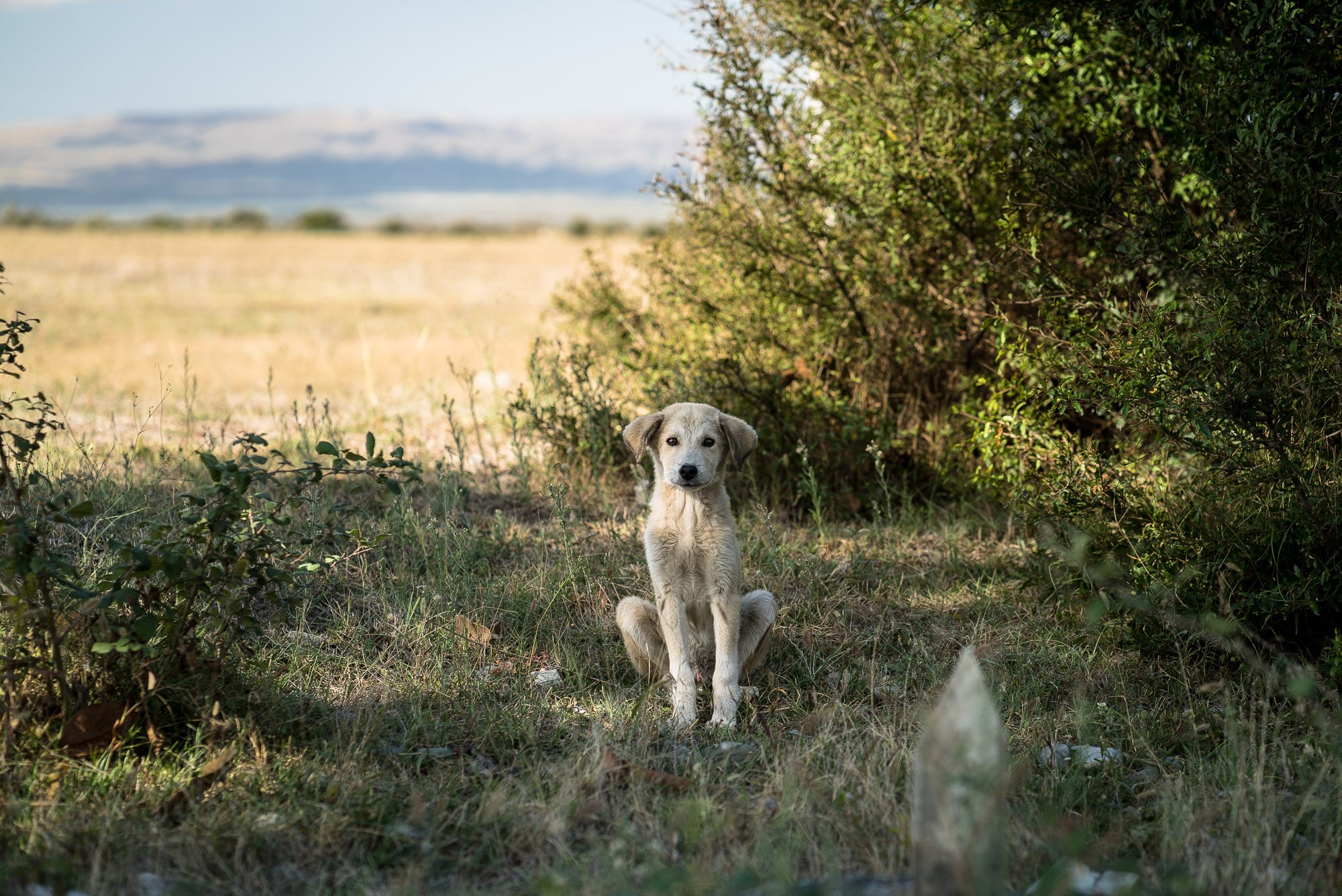 It followed me for a little while, then it was gone, too.

The road wasn’t very busy, which felt good for a change, because there was never a sidewalk, just gravel on both sides of the asphalt: 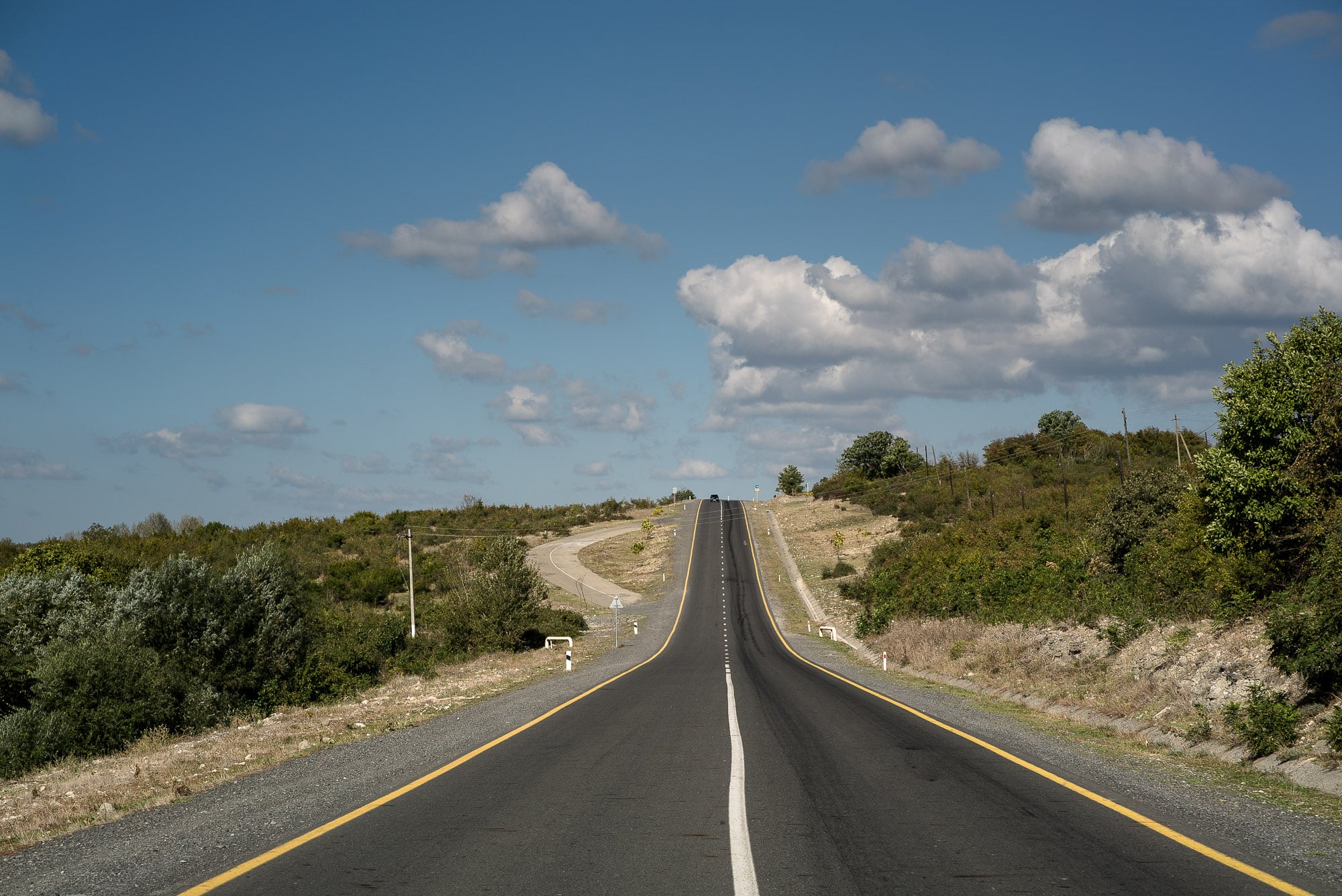 I was going to do 40k today, so I walked fast, and I didn’t stop much to take pictures or rest: 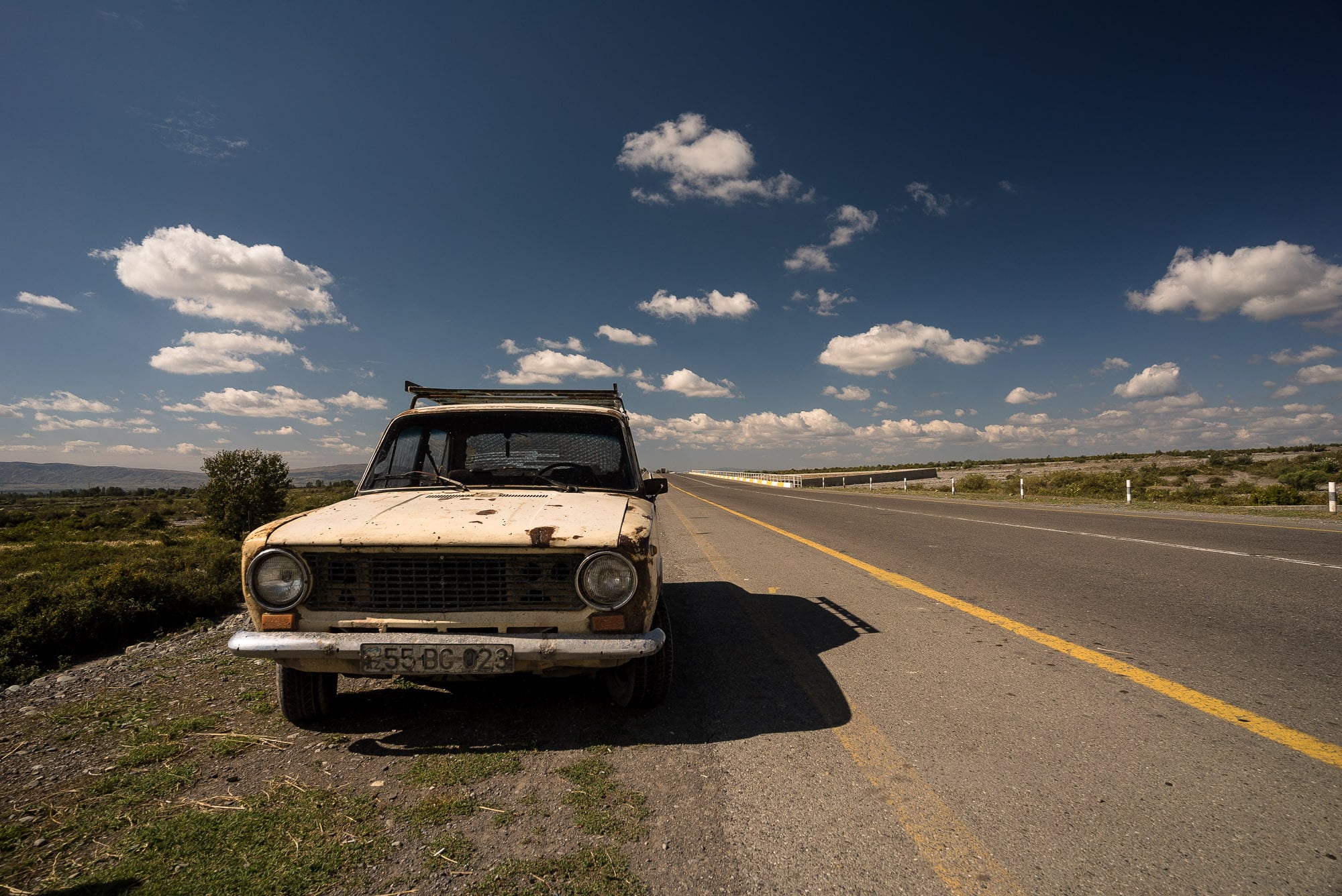 For lunch I had some bread and tomatoes in my hammock: 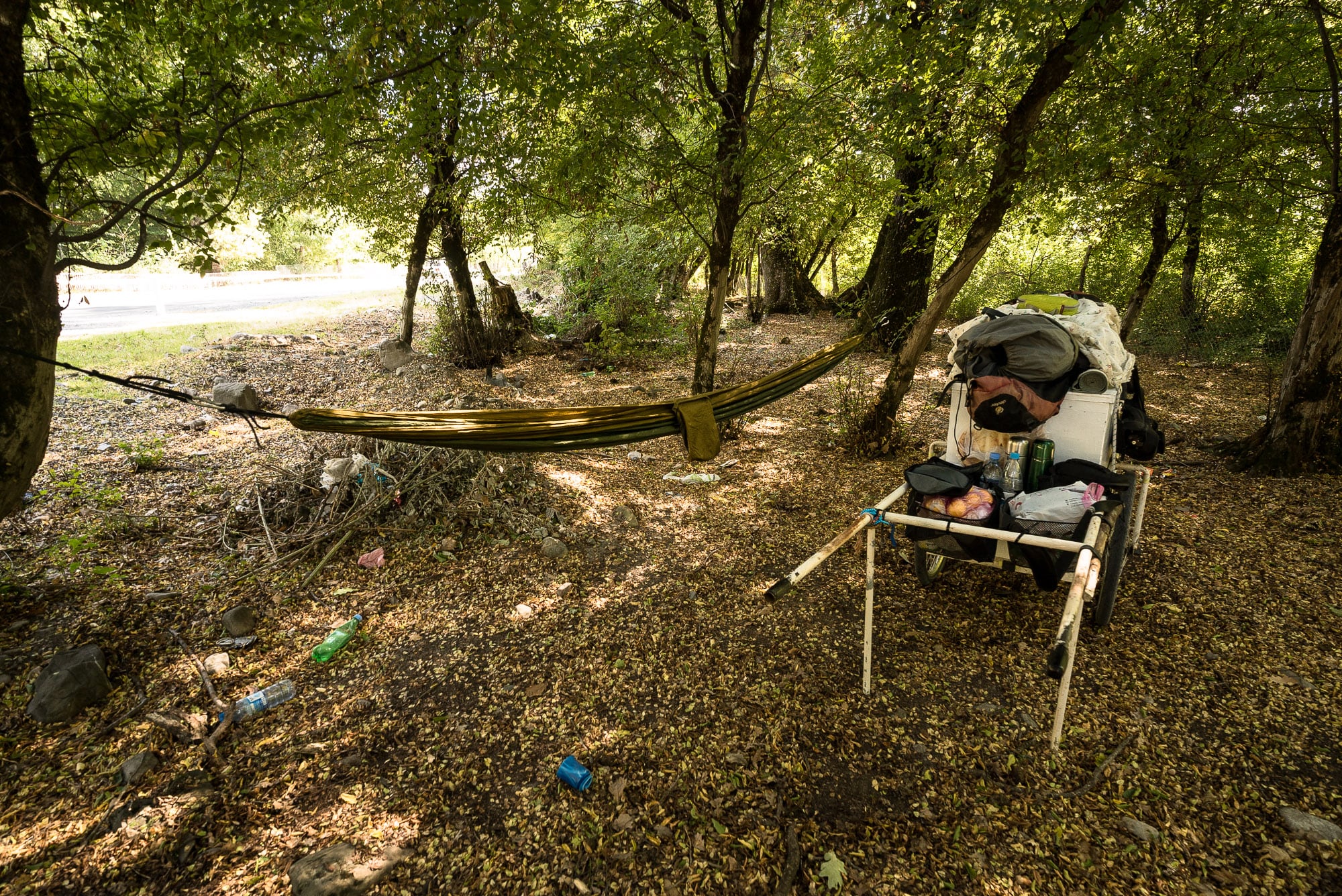 Then I got out this weirdly yellow mandarin that I had gotten in Sheki: 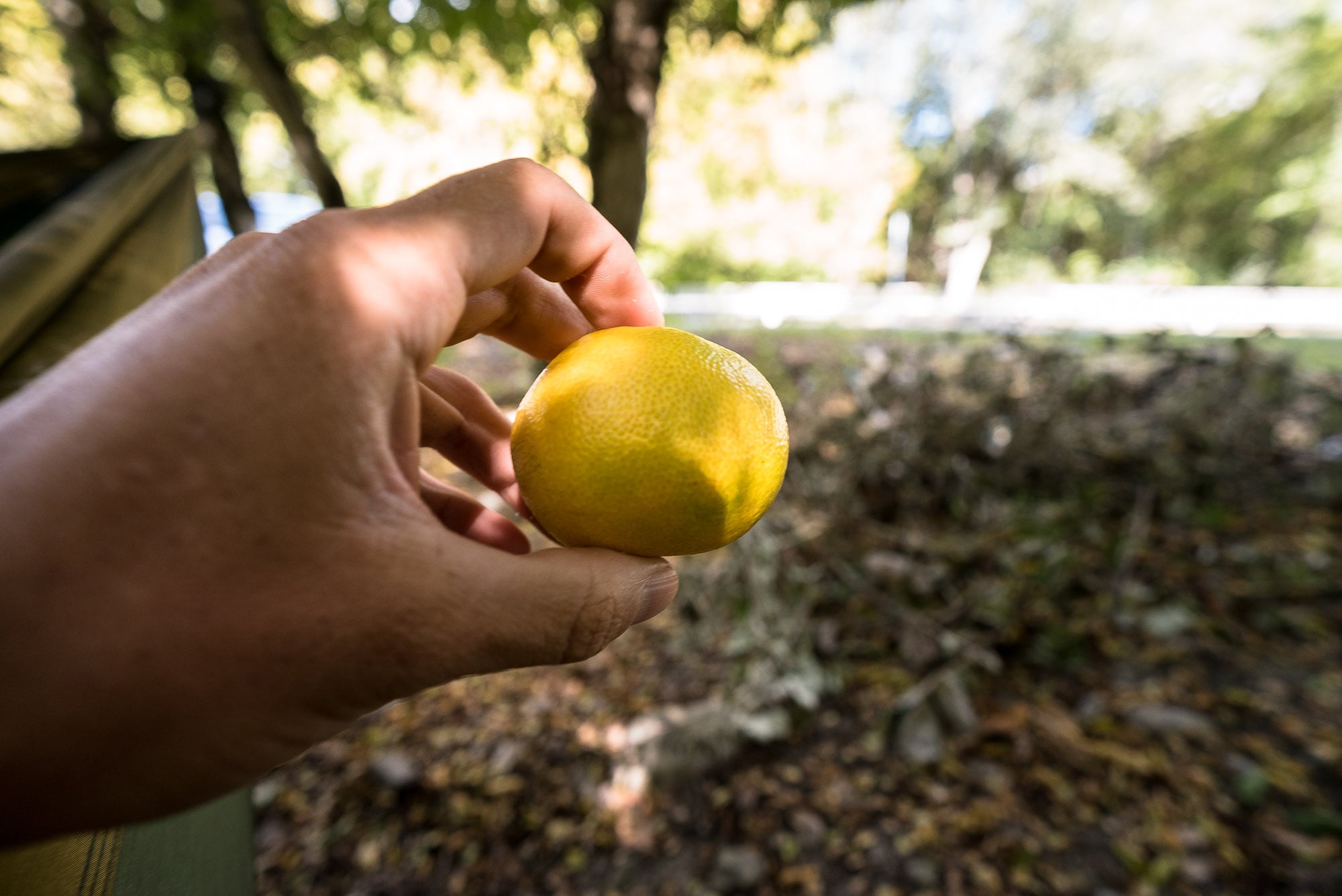 It turned out to be very tasty: 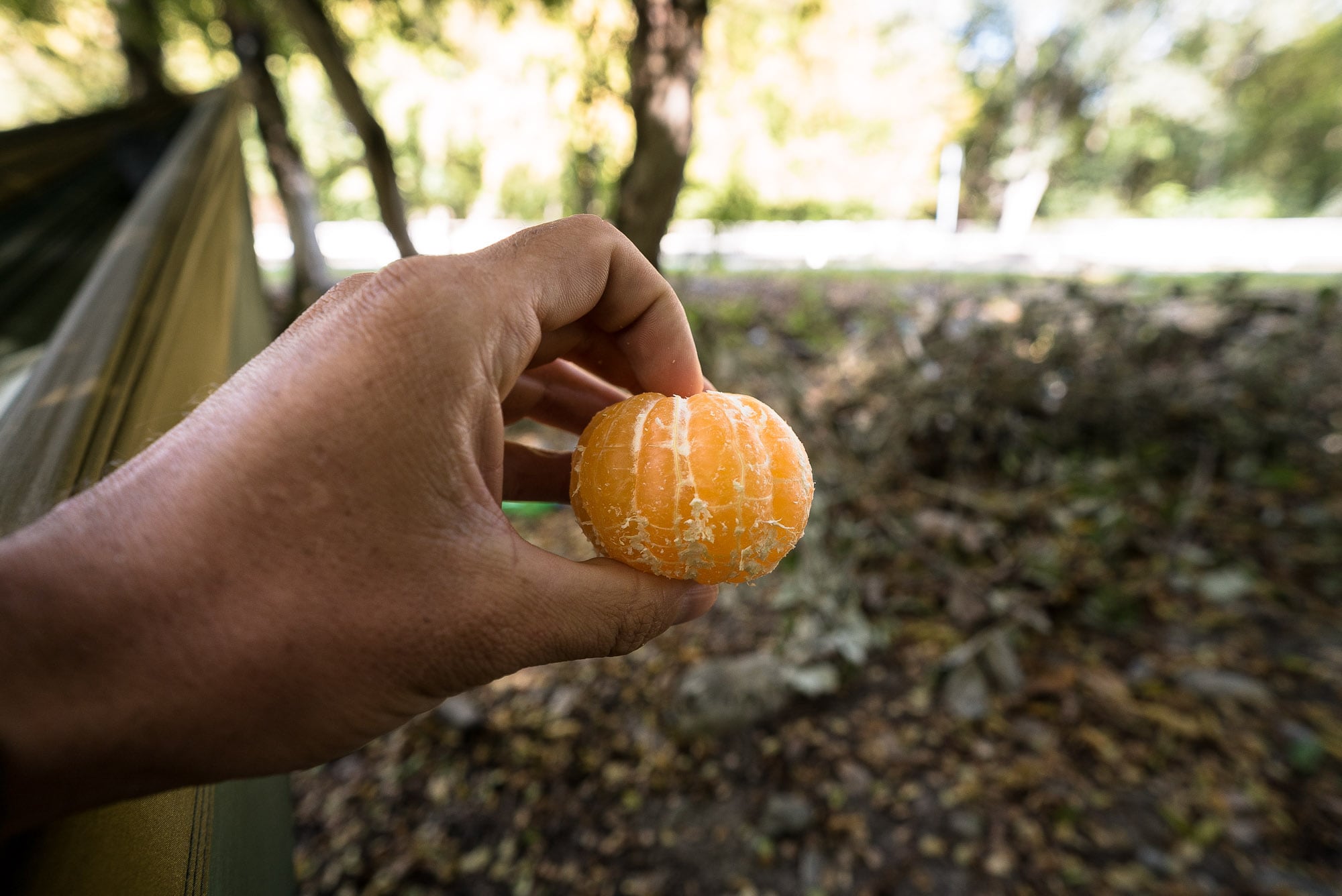 Then I was back on the quiet road: 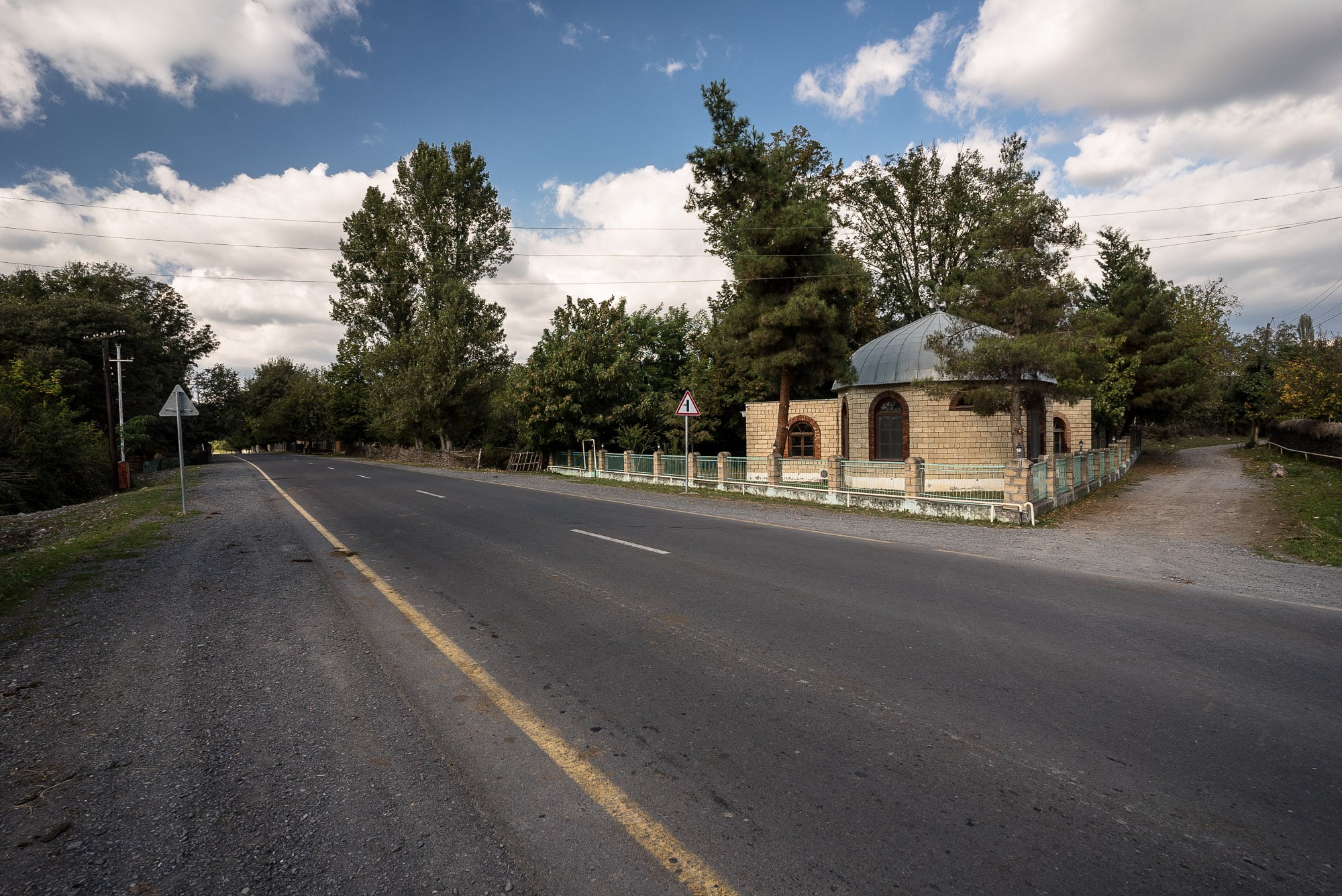 This family asked me to come in and have tea, but I felt as if there was no time, not even for one cup of tea, so I just waved and said thanks. 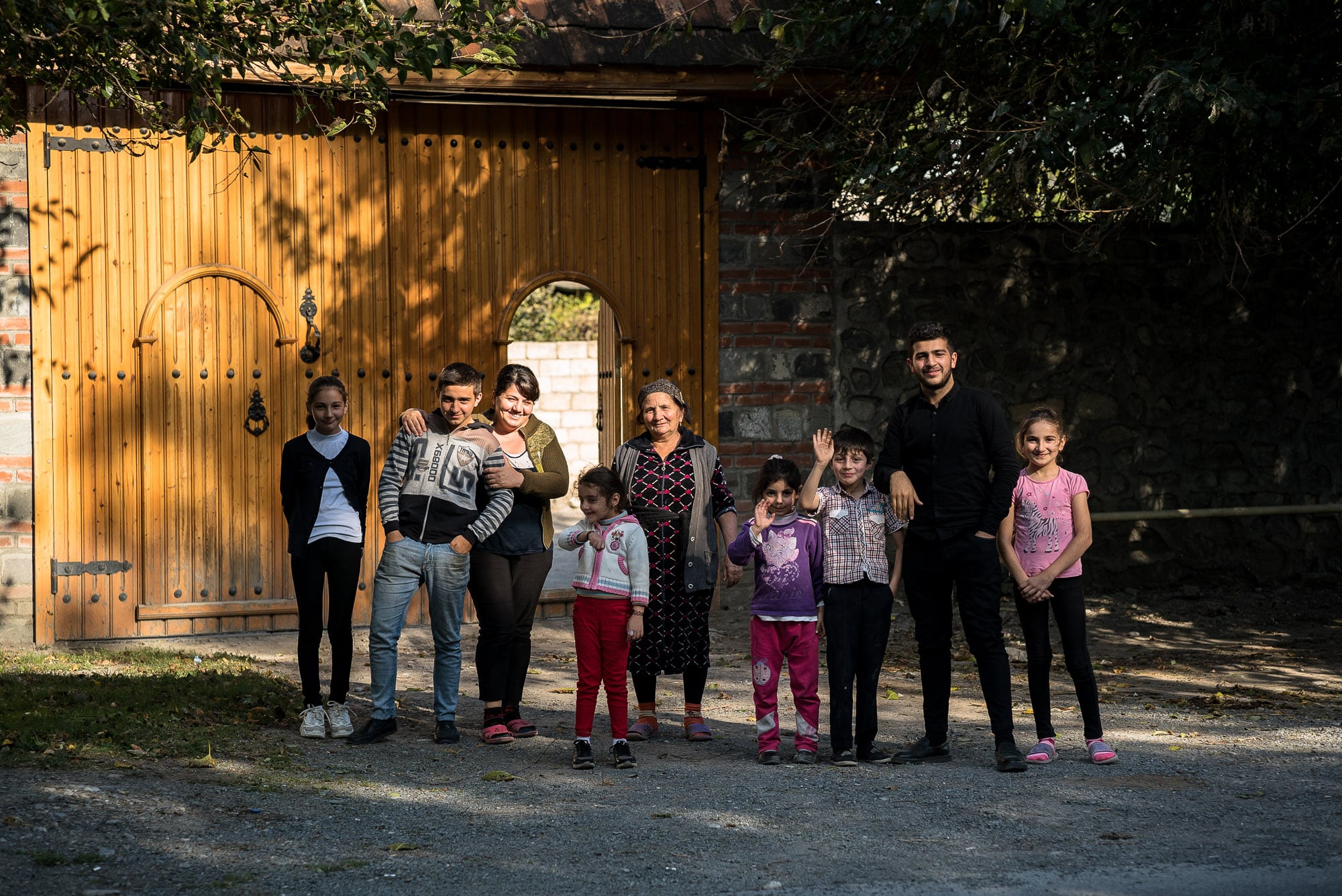 But I think it would have been nice to have tea with them.

Remember how I told you that there were castle-like structures everywhere along the road from Baku to here?

Well, they were in this part of Azerbaijan, too: 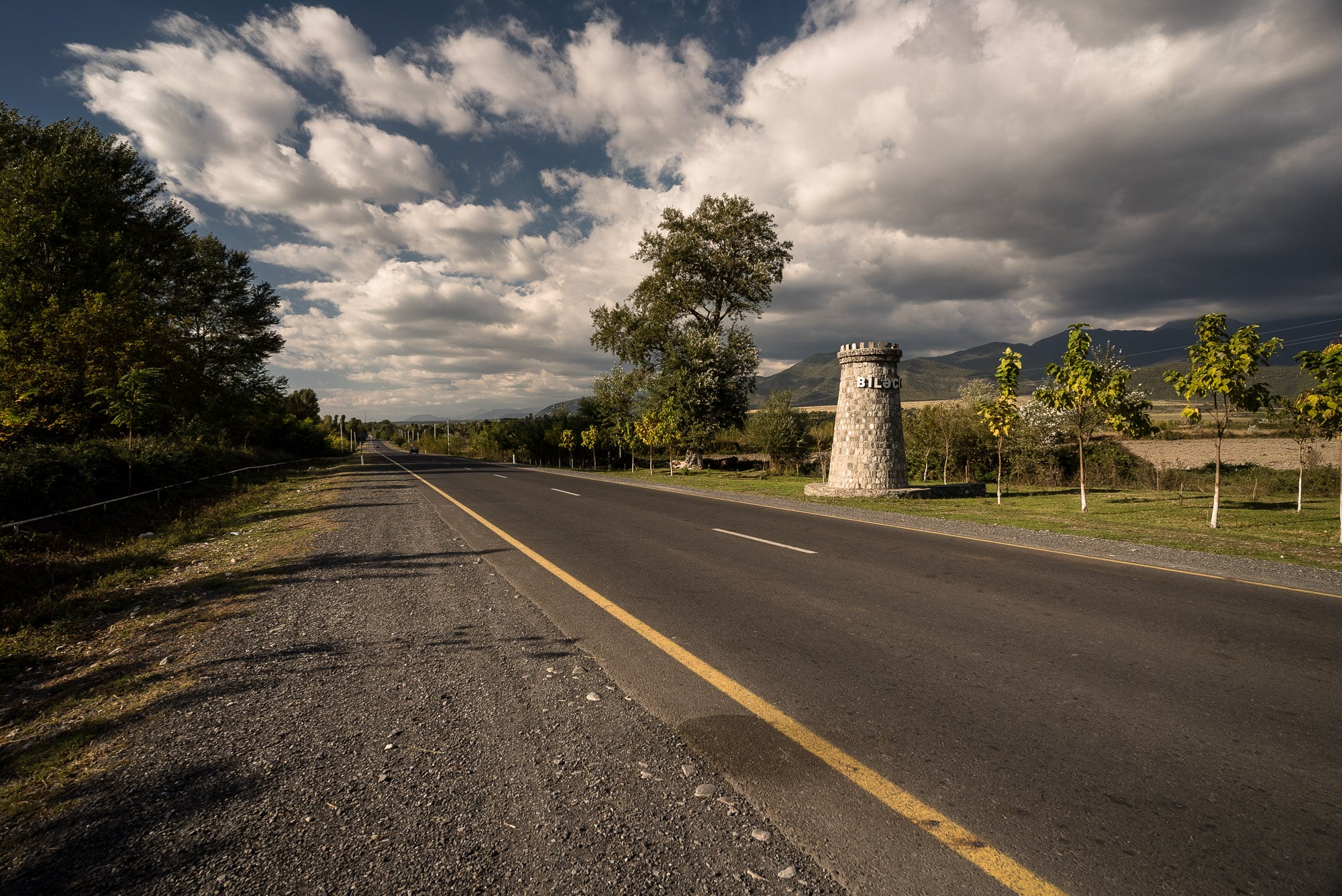 The 40k turned out to be difficult. It didn’t help that I was walking past green pastures with cows and horses: 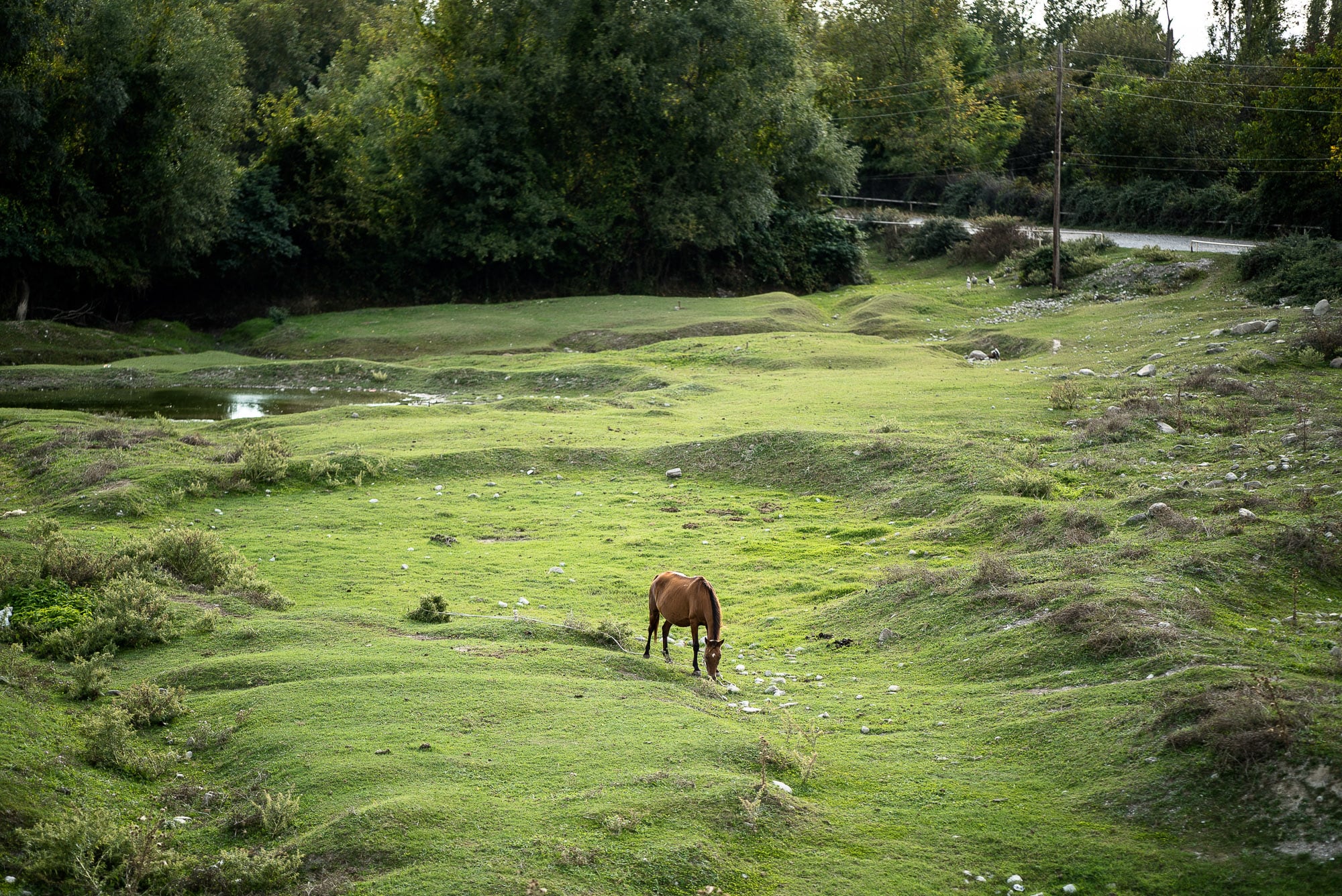 And it didn’t help that the sunset was golden at first: 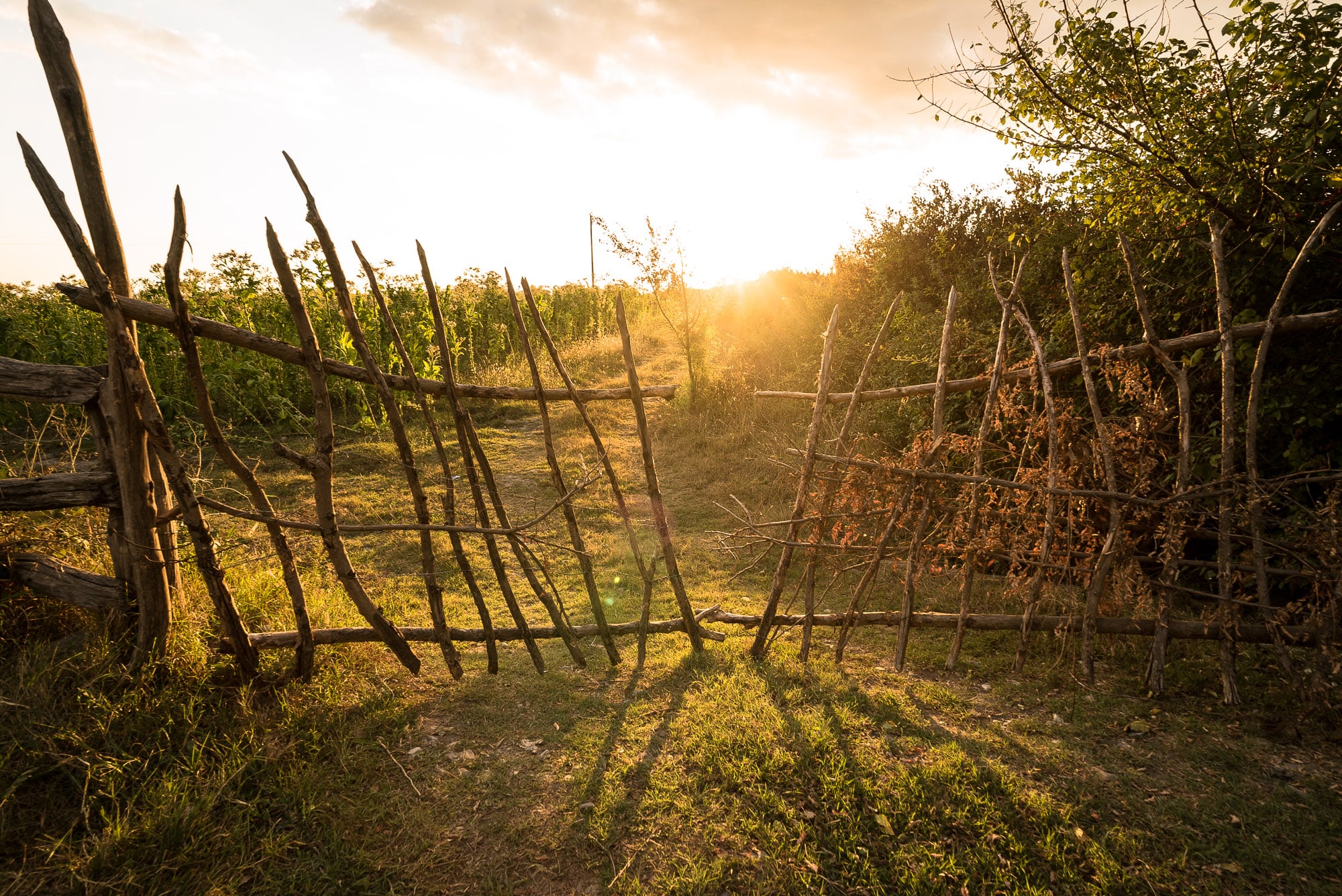 Golden, and then rosé: 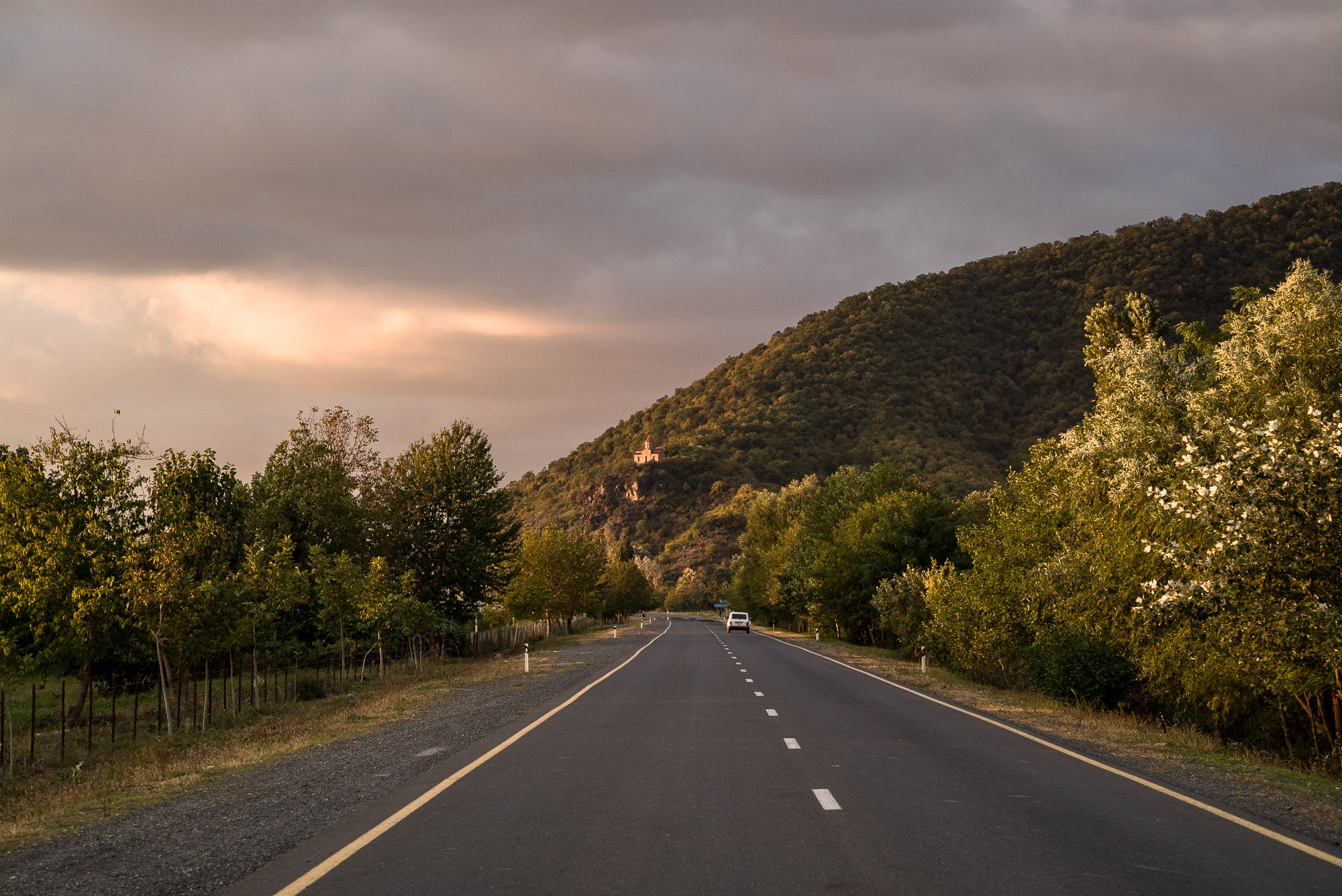 I was still walking when night had fallen and everything was starting to turn black: 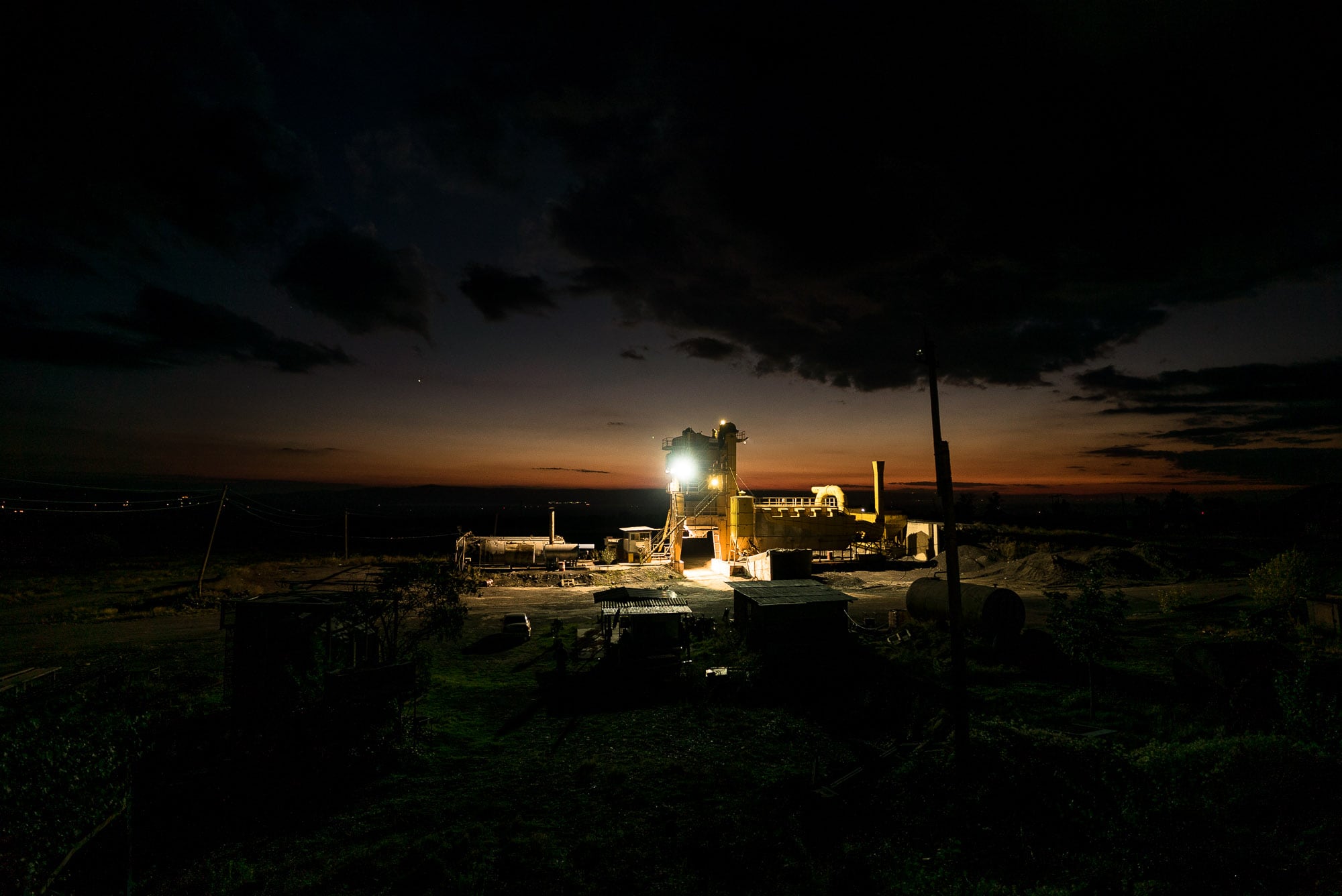 I liked the name of the town. It reminded me of the sound of a voice that was about to break with exhaustion. Qakh…