When I woke up I felt frustrated for several reasons.

I was angry at the thief of chairs, especially since every single room had a little niche where one could sit down on a pillow: 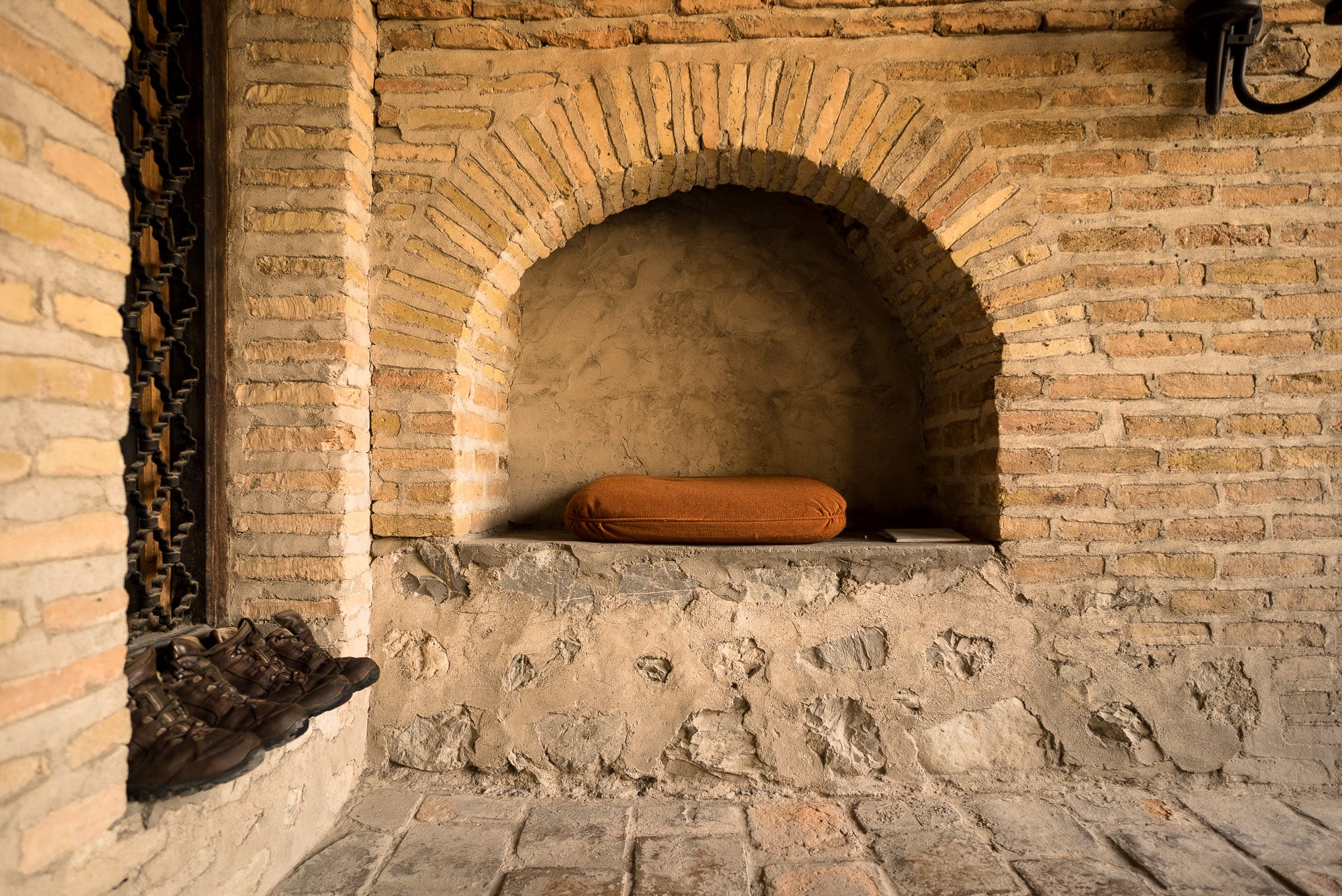 So I sat down and rewrote my article. Then I took a shower, but before I did, I noticed that there was a mushroom growing in the door. An actual fucking mushroom: 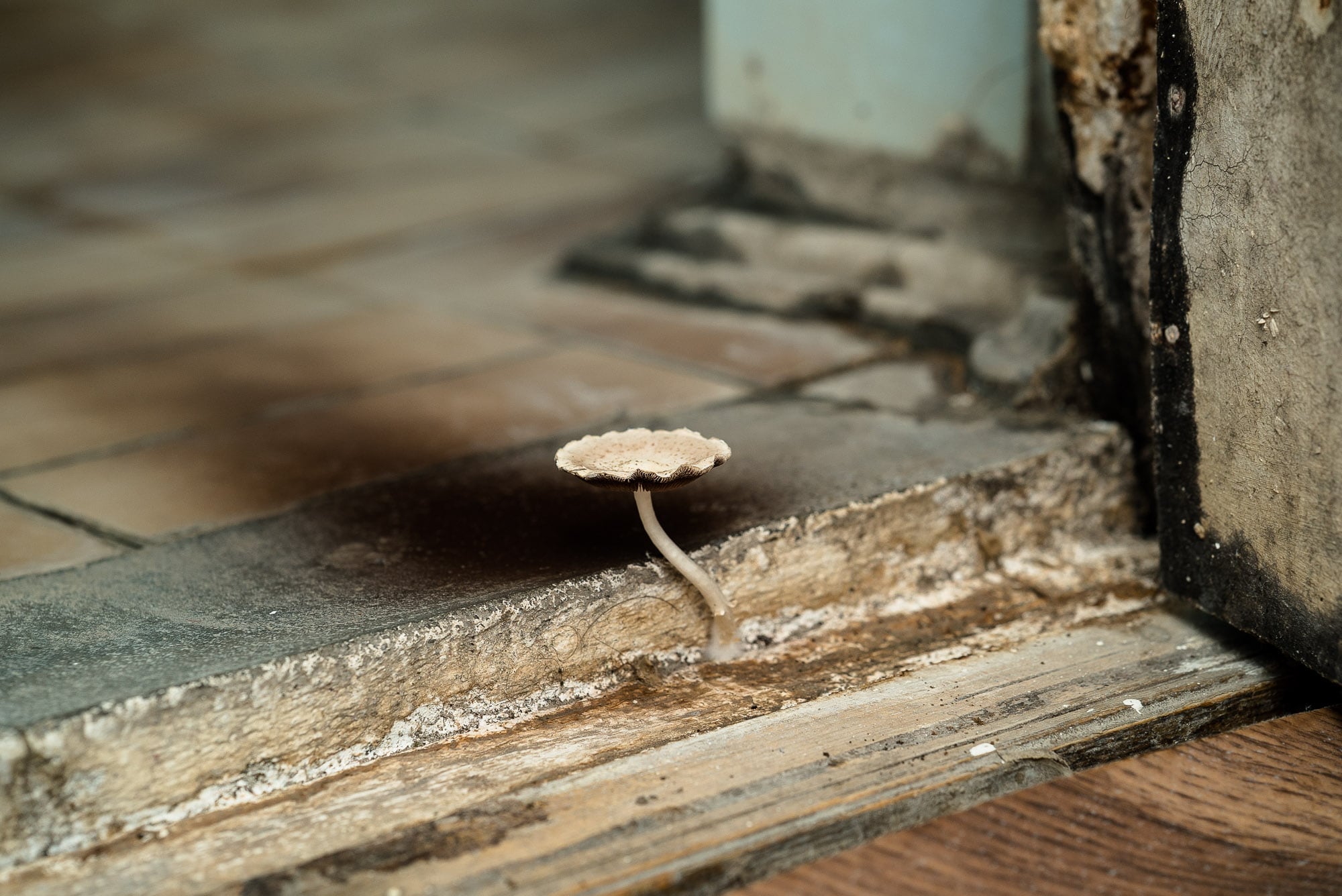 And for some reason this brought my happiness back.