Being back in Baku didn’t mean grabbing the Caboose to waltz out of town right away. I was waiting for a postal package from Germany: new hard drive, new SD-card, new microphone, sunglasses.

Yes. I hated everyone who wore shades (especially the reflective kind), but deep inside I knew I was just being jealous. So in a moment of weakness I had placed an order online. Why didn’t I simply go into a department store in Baku and buy a pair of sunglasses there?

The problem was that my package hadn’t arrived yet. So I had to wait, which meant that I had some time to walk around Baku and look at the Maiden Tower: 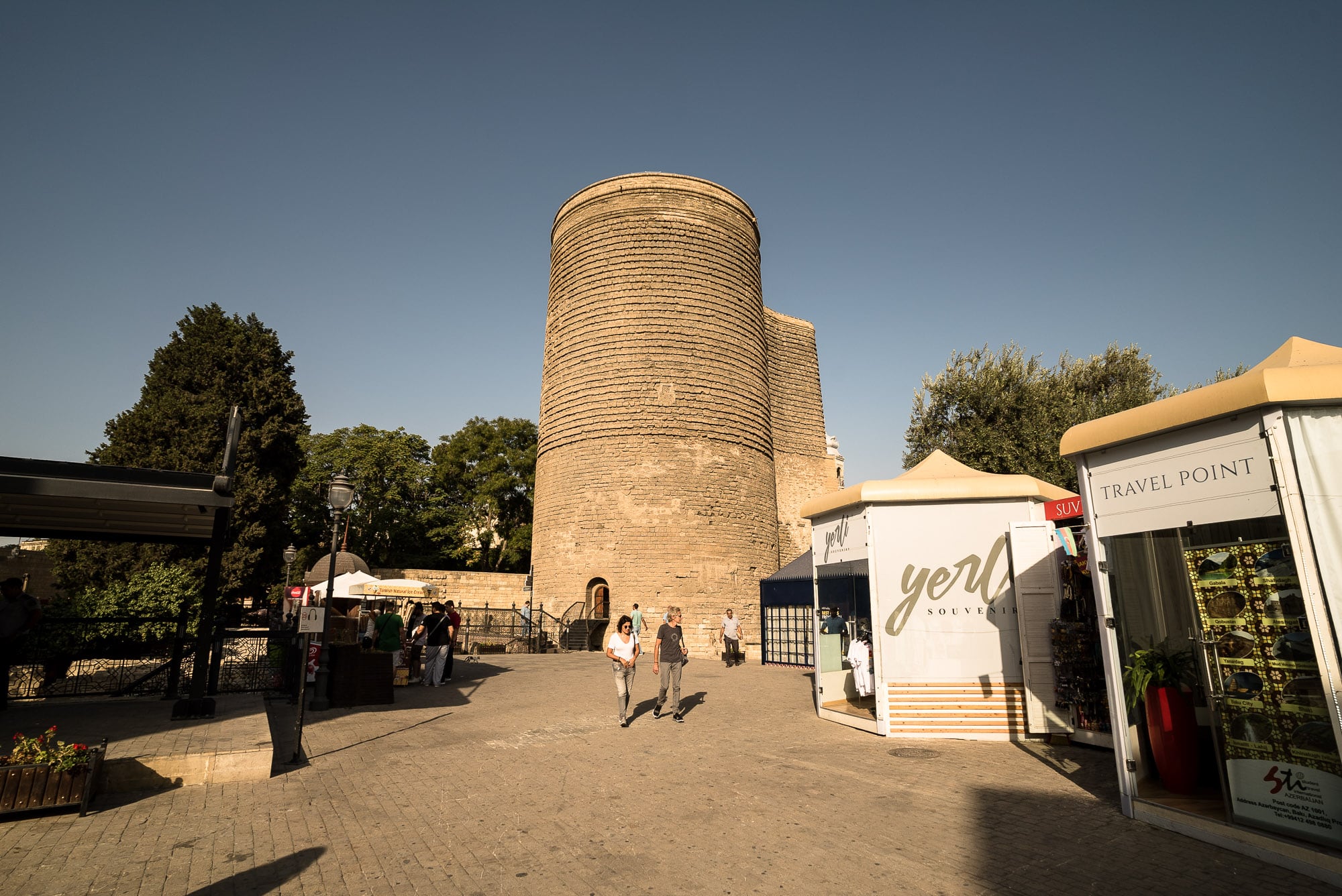 There were apparently quite a few different Maiden Towers in the region (“maiden” being the English word meaning young woman – the original name of the tower was Qız Qalası), but this one was a particularly fine example: 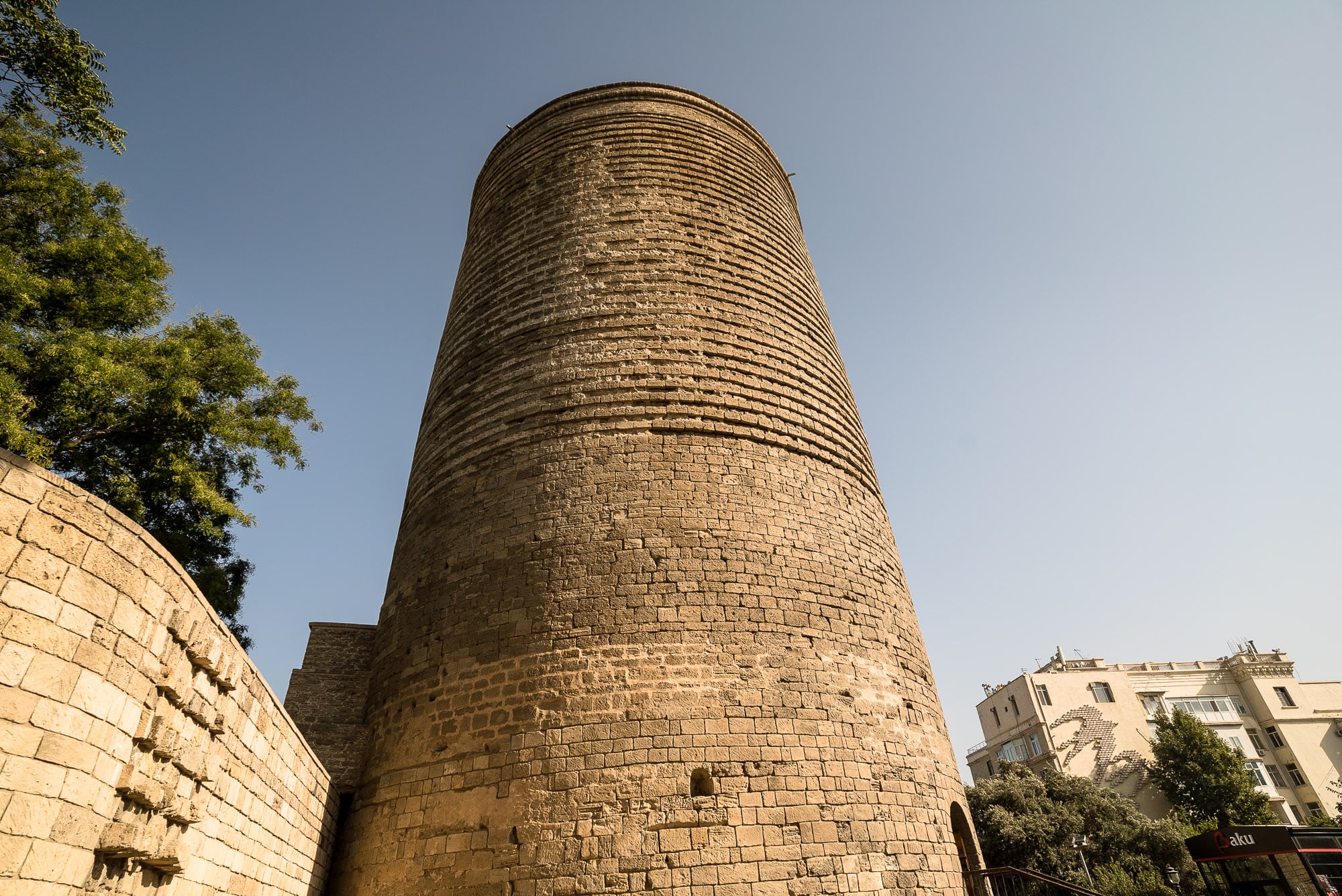 I went up to the top and looked around, and there they were, the tentacles, happily and greedily reaching into the sky: 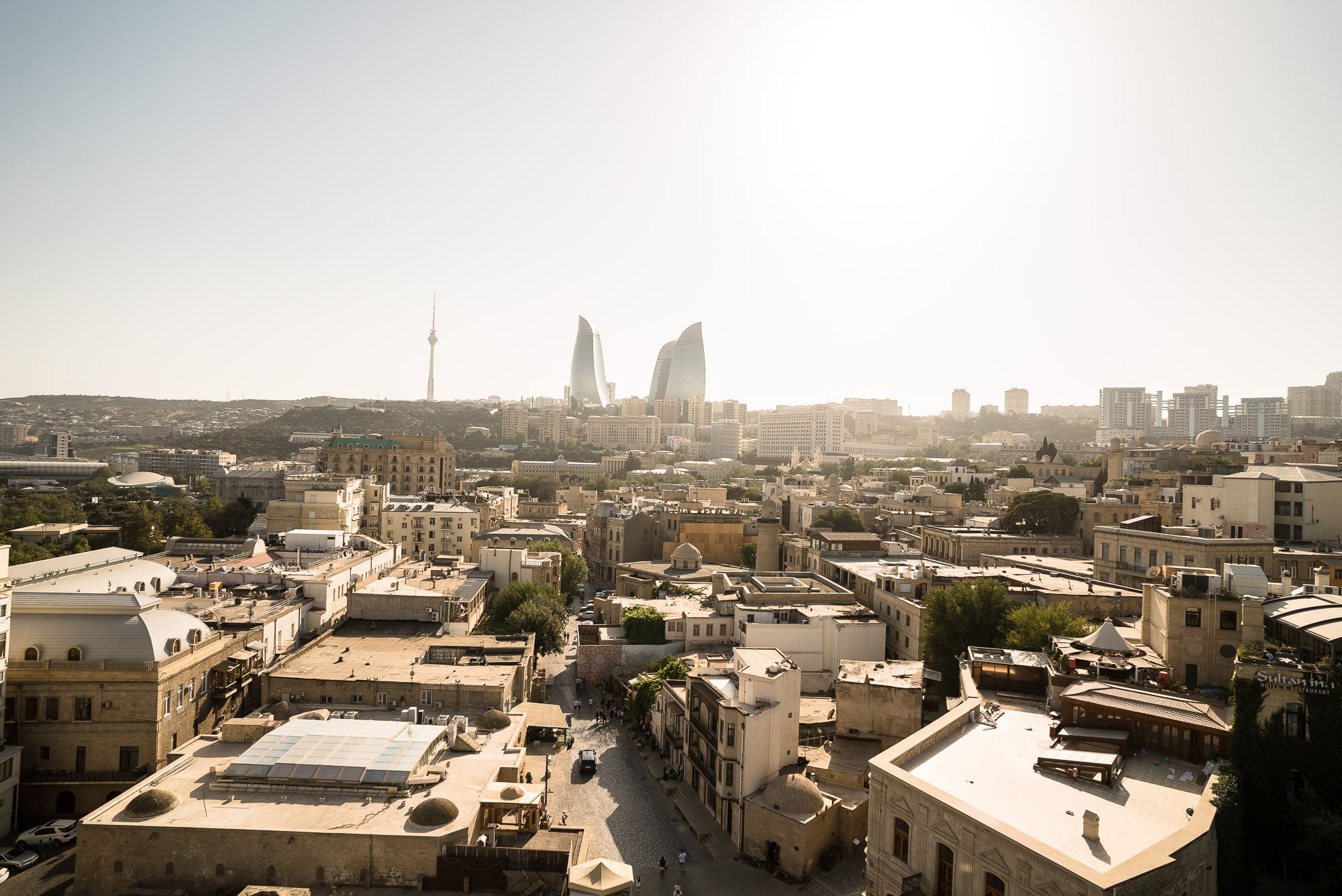 Then I walked around in the downtown area some more. There was a Hard Rock Cafe, which reminded me of a night of drunken dancing with my brother Ruben in Almaty: 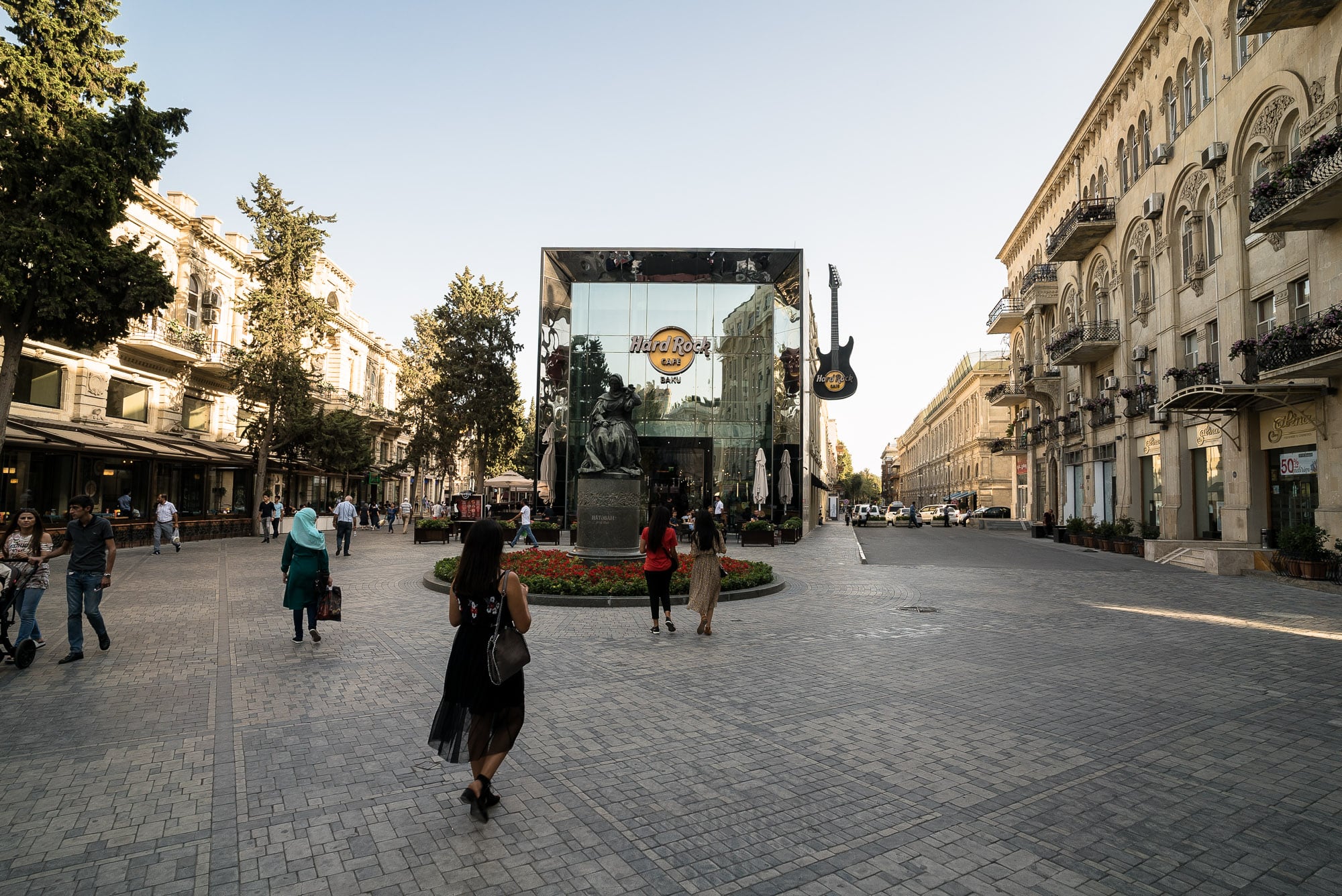 I walked around some more, and then night fell upon Baku: 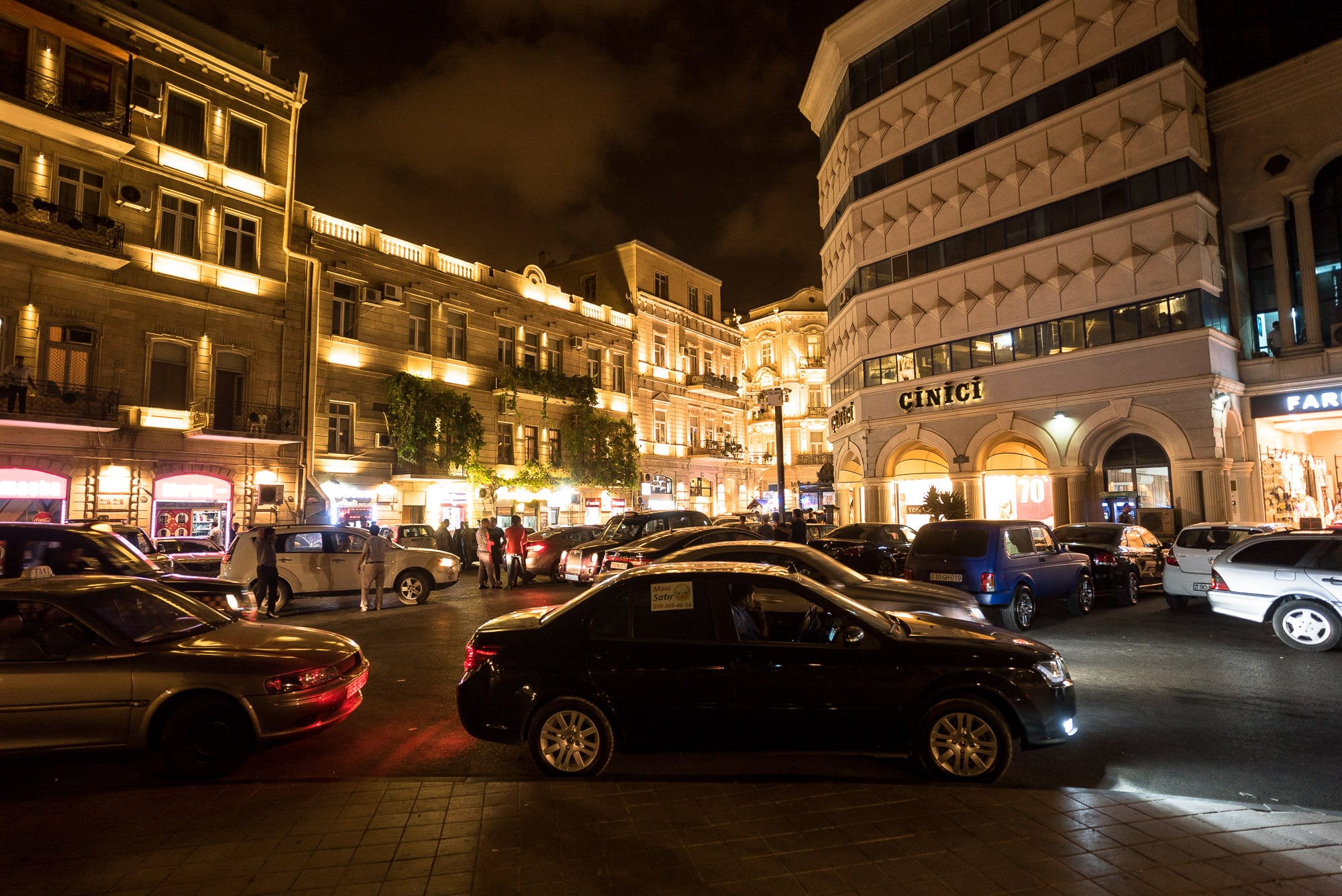 And the city looked just like a European metropolis: 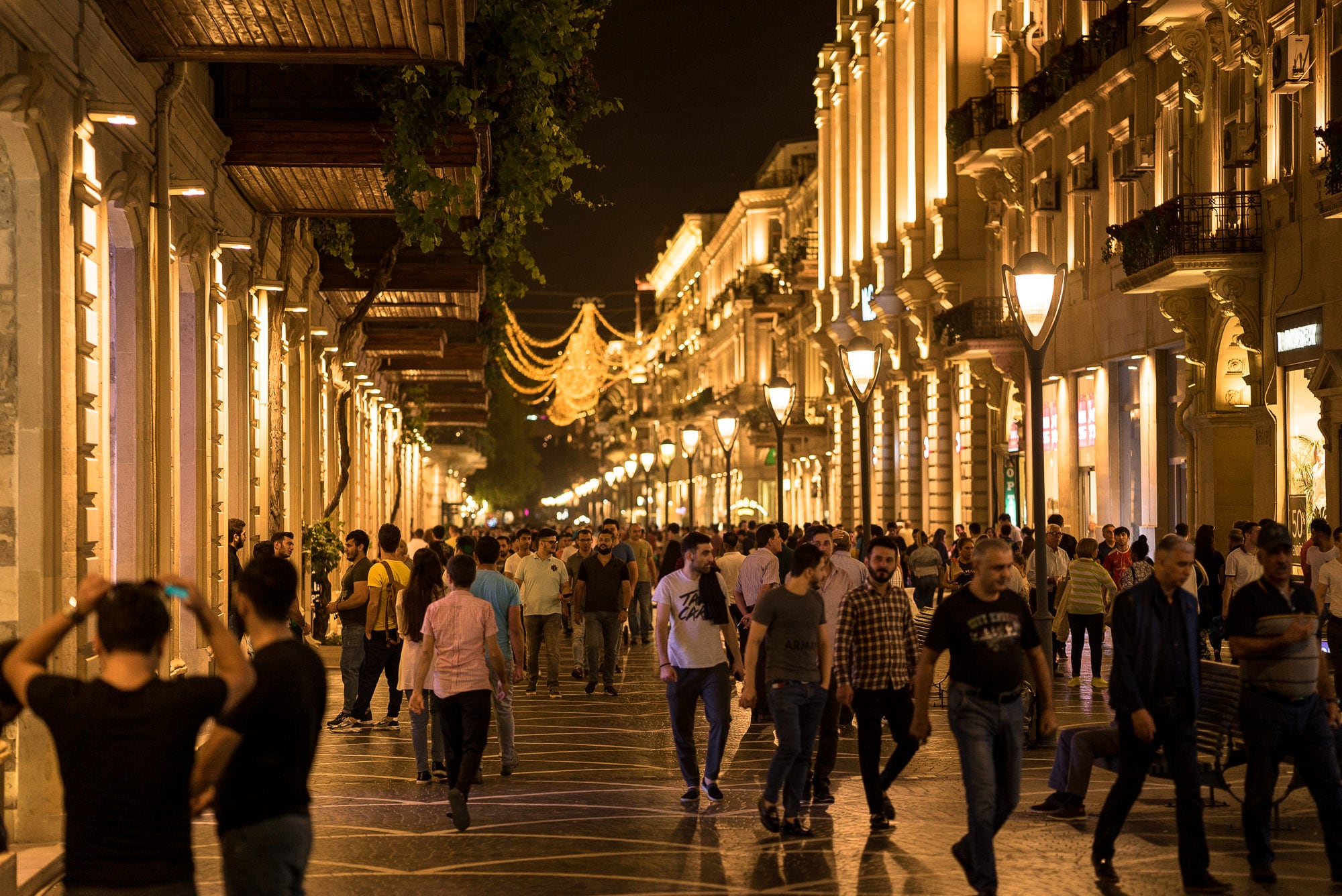 At least in the center it did.