We wanted to go to Tashkent.

But when we looked at our options, we found out that it was going to take us 26 hours to get there by train. Twenty-six hours and a border crossing where you had to wait for hours. Hm, we thought, then how about a bus? But we were told that this wasn’t advisable either. Not in winter. Not on icy roads.

So grinding our teeth, we booked two plane tickets for the next day.

This meant one more night in Almaty. Not the worst thing in the world.

We ended up at this place: 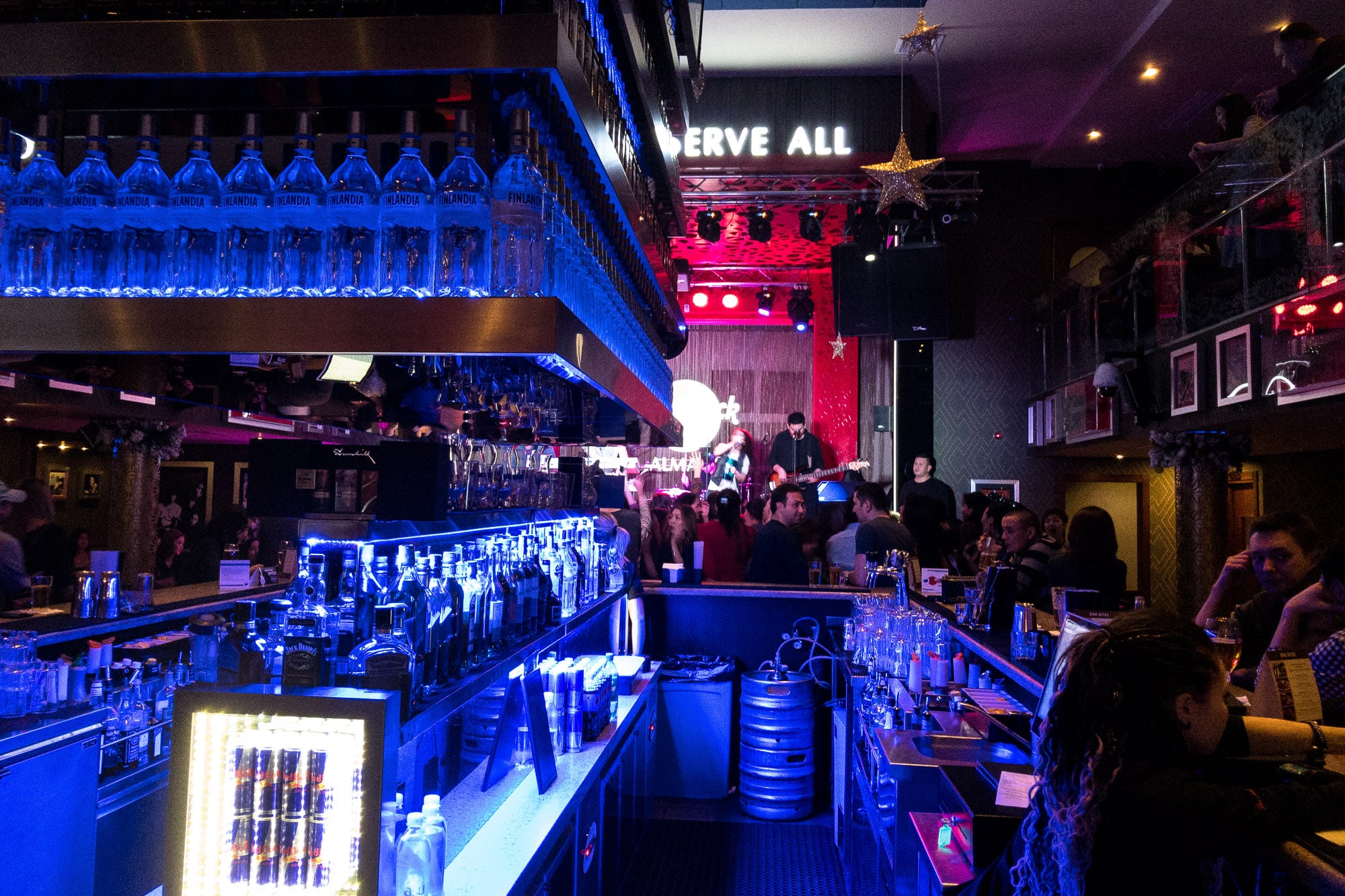 I don’t know about you, but I was young in the 90s. Back when I was little, Take That was the biggest act on the planet. Except for Michael Jackson of course. Germans were getting used to new things like a unified country and the fact that a chocolate bar called Raider had just been confusingly renamed into Twix. And people everywhere seemed to be running around in those weird “Hardrock Cafe” T-shirts.

I never owned one of those shirts, and I never liked them. It seemed like people were just showing off wherever they had been in the world. Also, I was into hardcore, not into hardrock.

So today was the first time in my life that I set foot into a Hardrock Cafe: 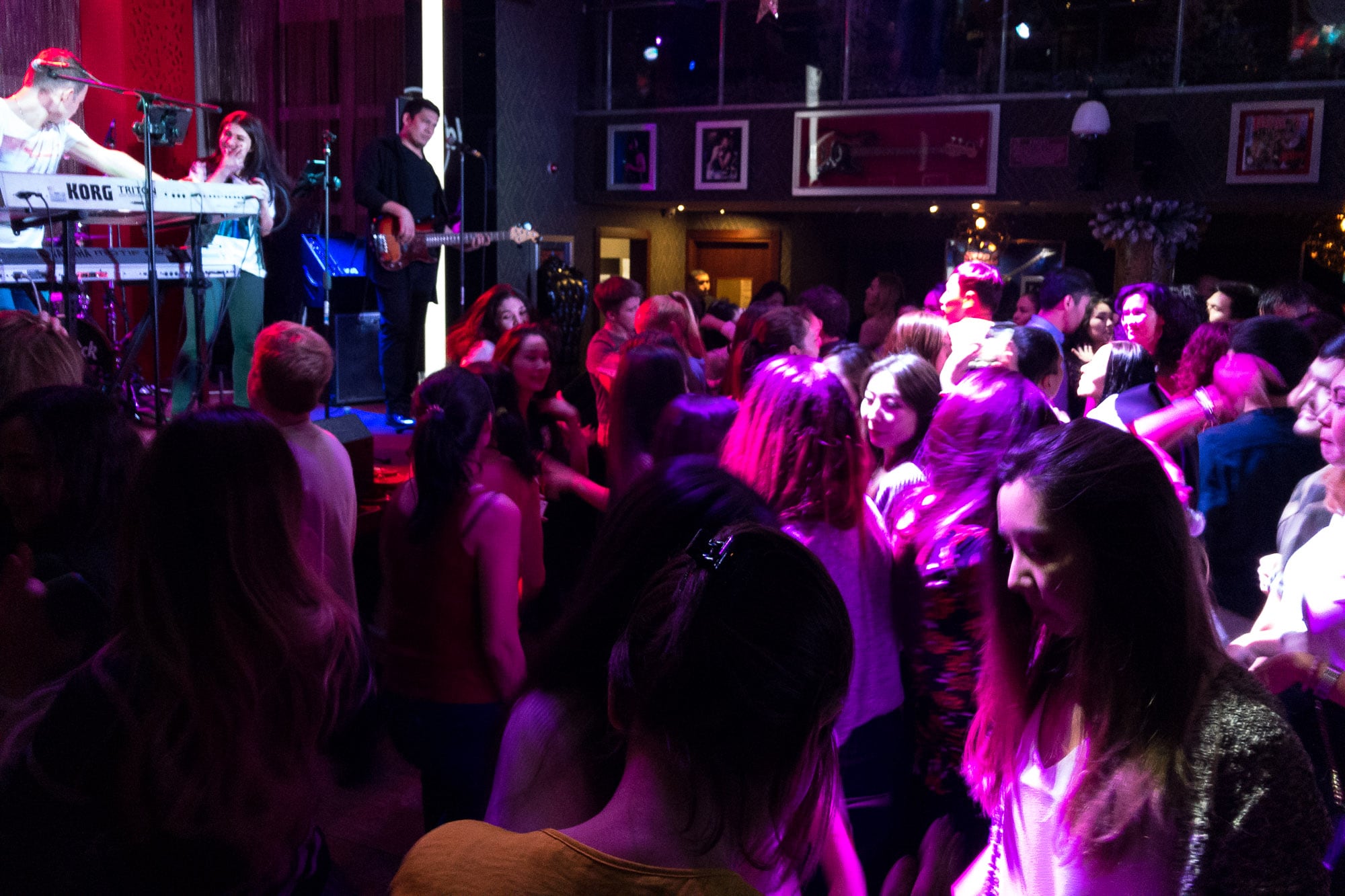 I didn’t buy a T-shirt, but weirdly enough, I really enjoyed myself: 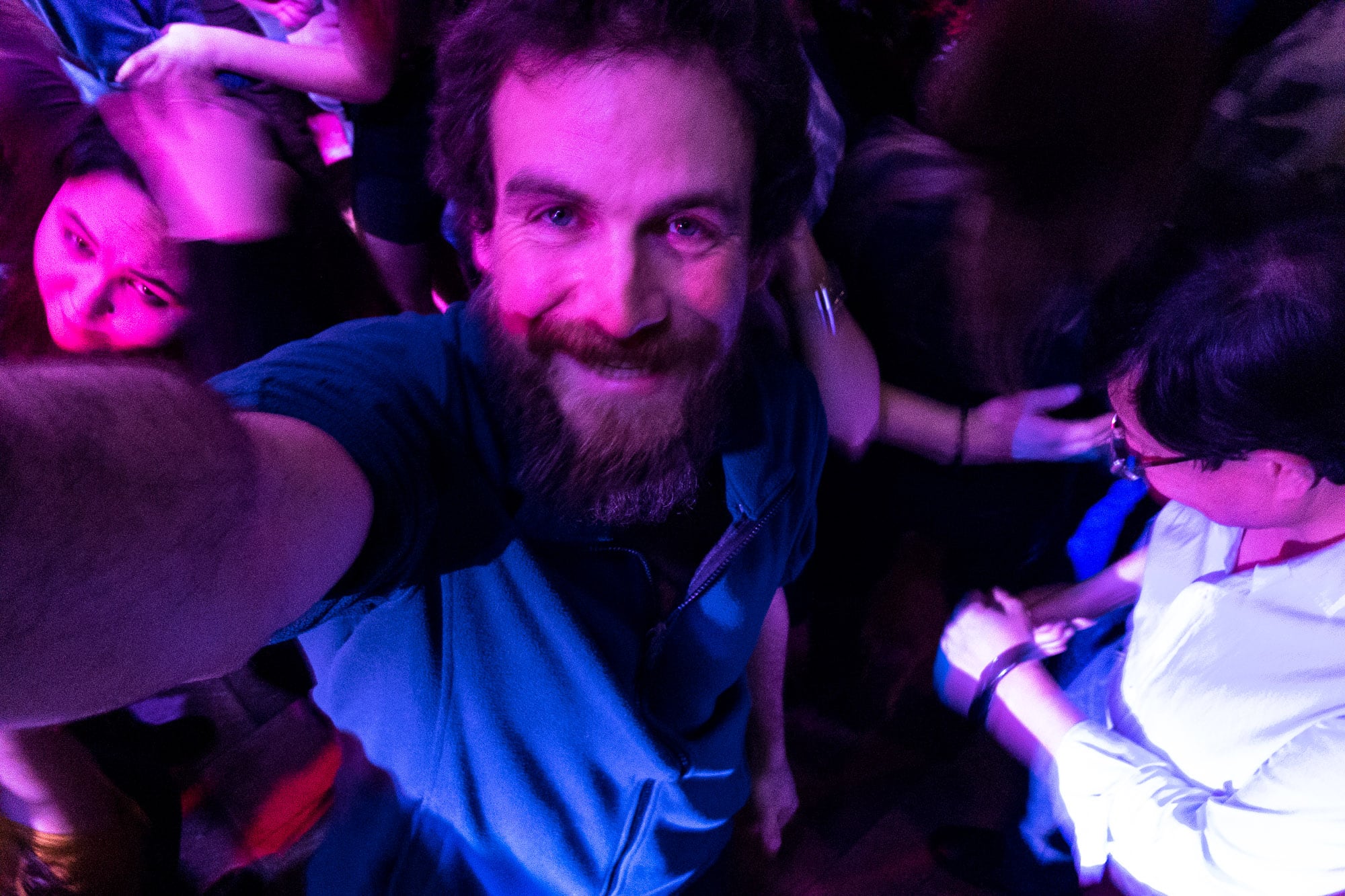 I ended up dancing and running into people I knew: 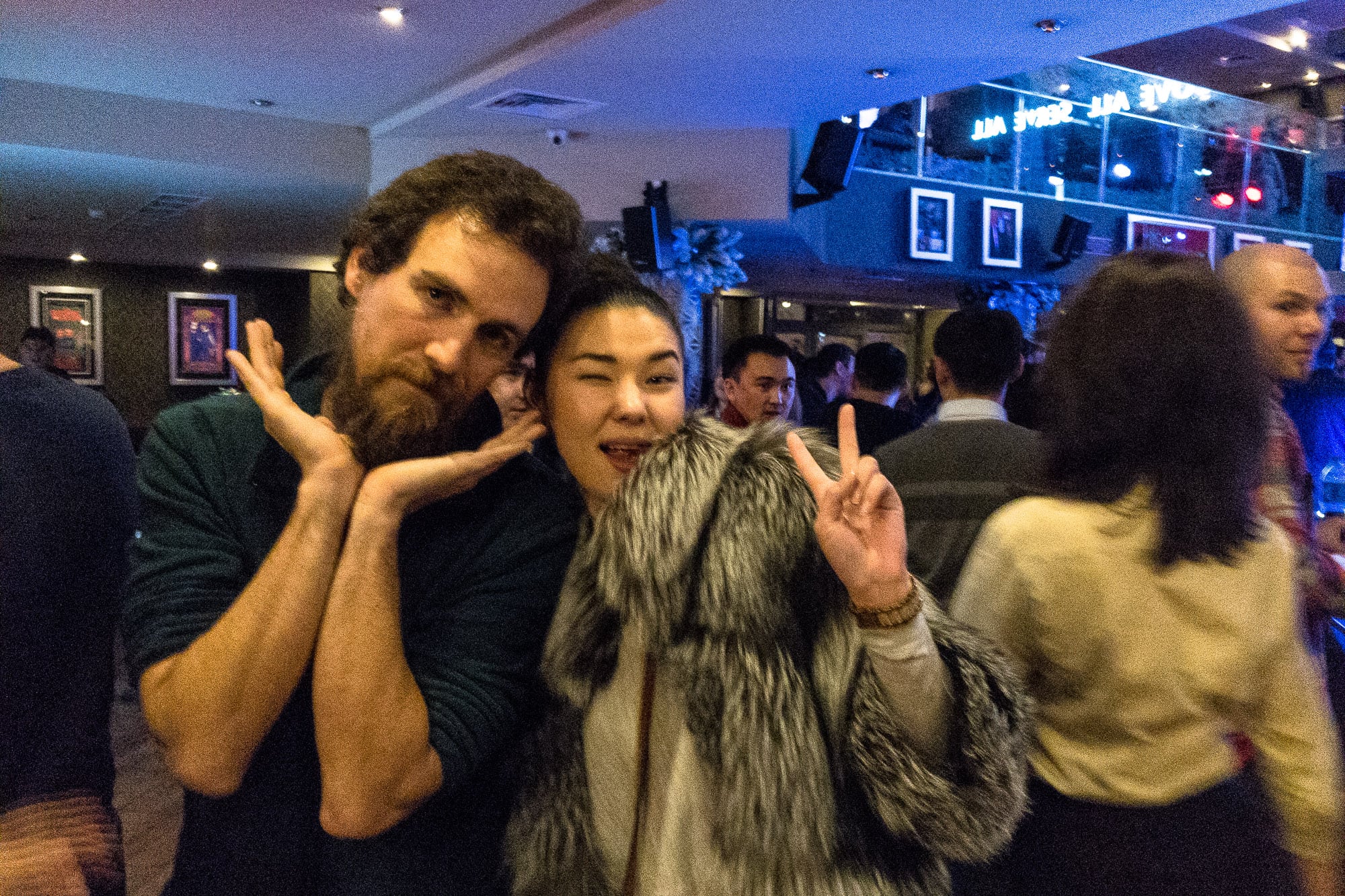 And, well, the Rehage brothers got pretty hammered that night: 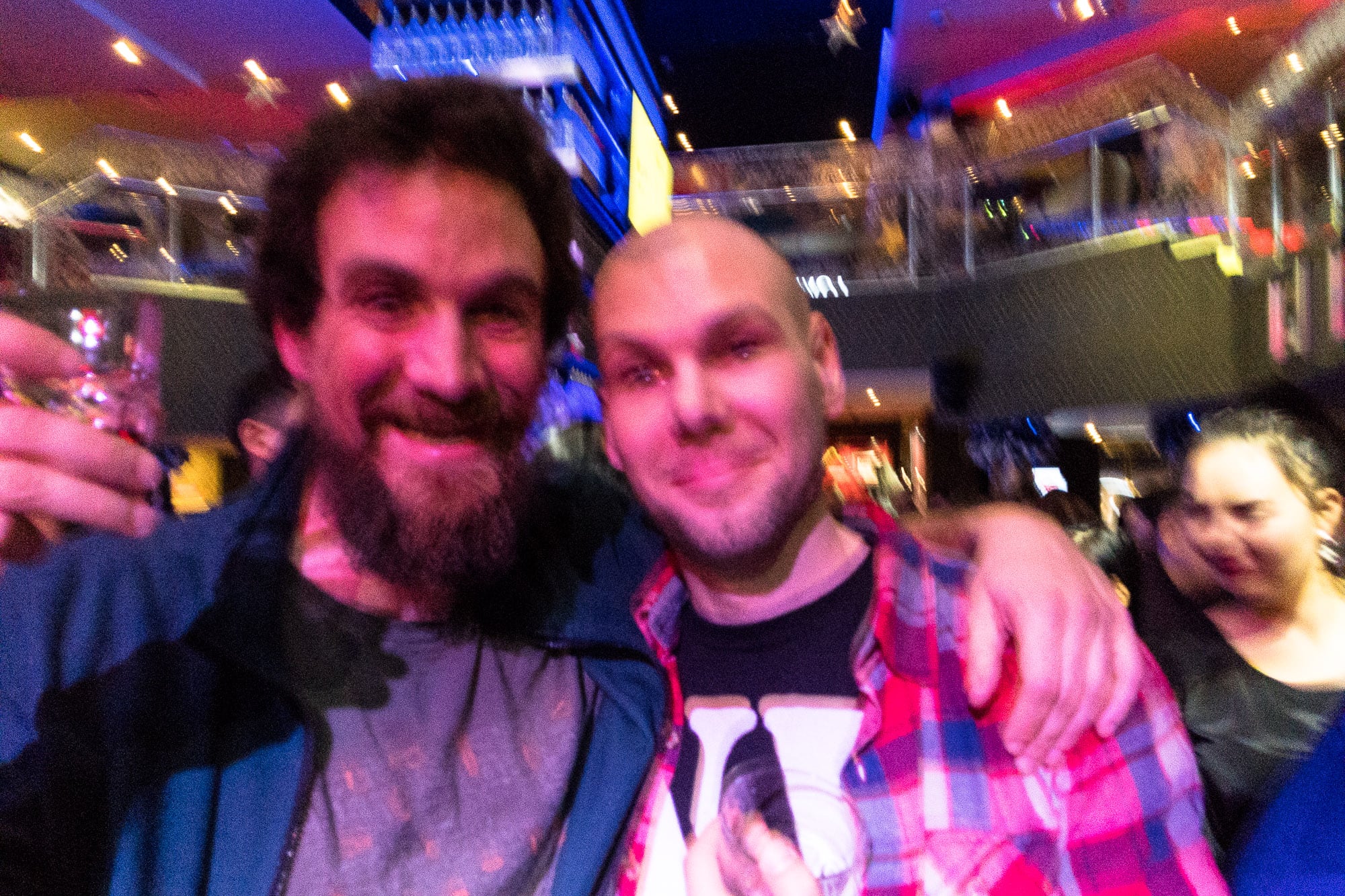 Activity: resting
Soundtrack: Ace Of Base - "All That She Wants"