The road out of Lankaran was amazingly well suited for walking – the asphalt was smooth, trees stood on both sides, and there was almost no traffic: 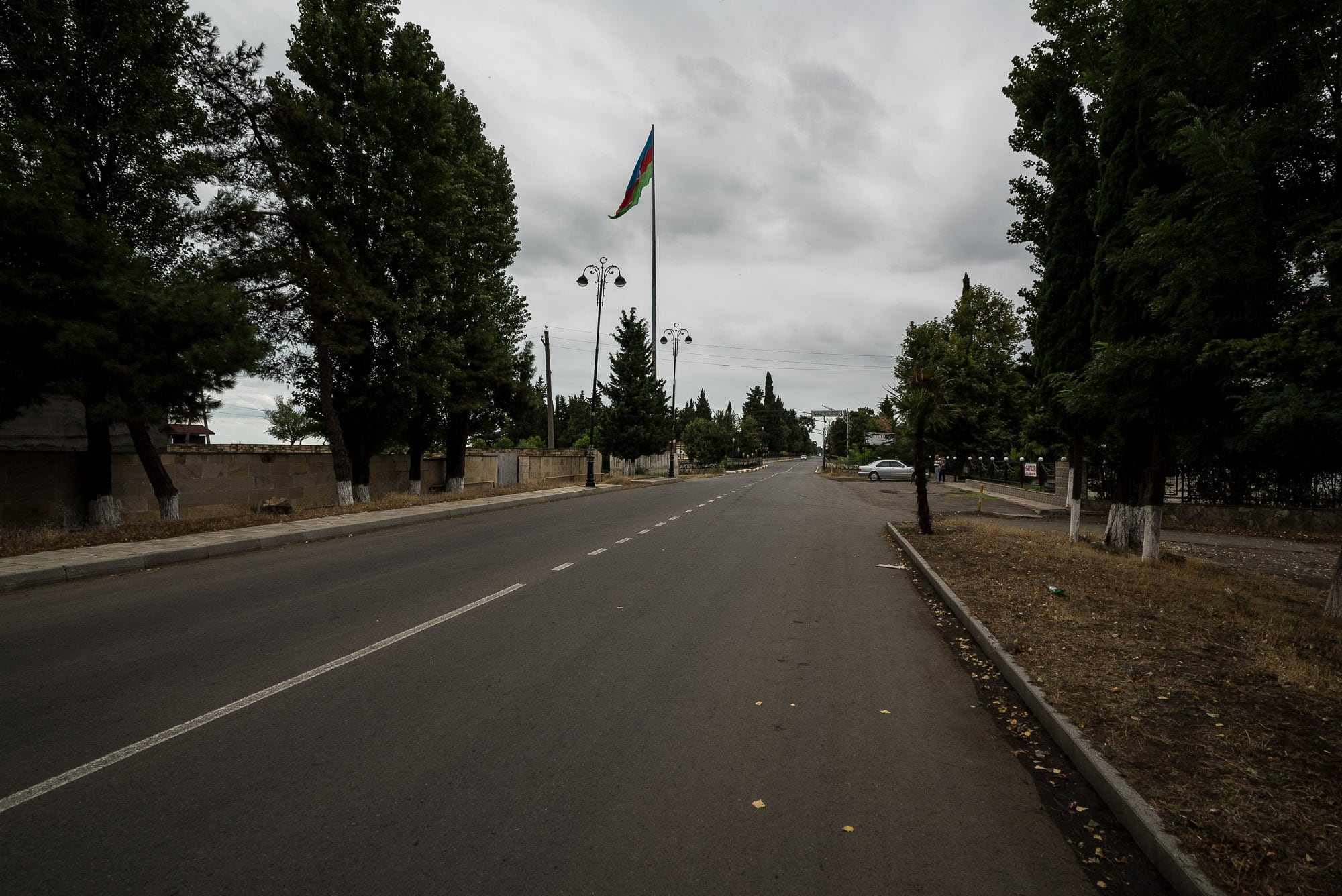 Sometimes there were little rivers to cross, but I did so easily on bridges: 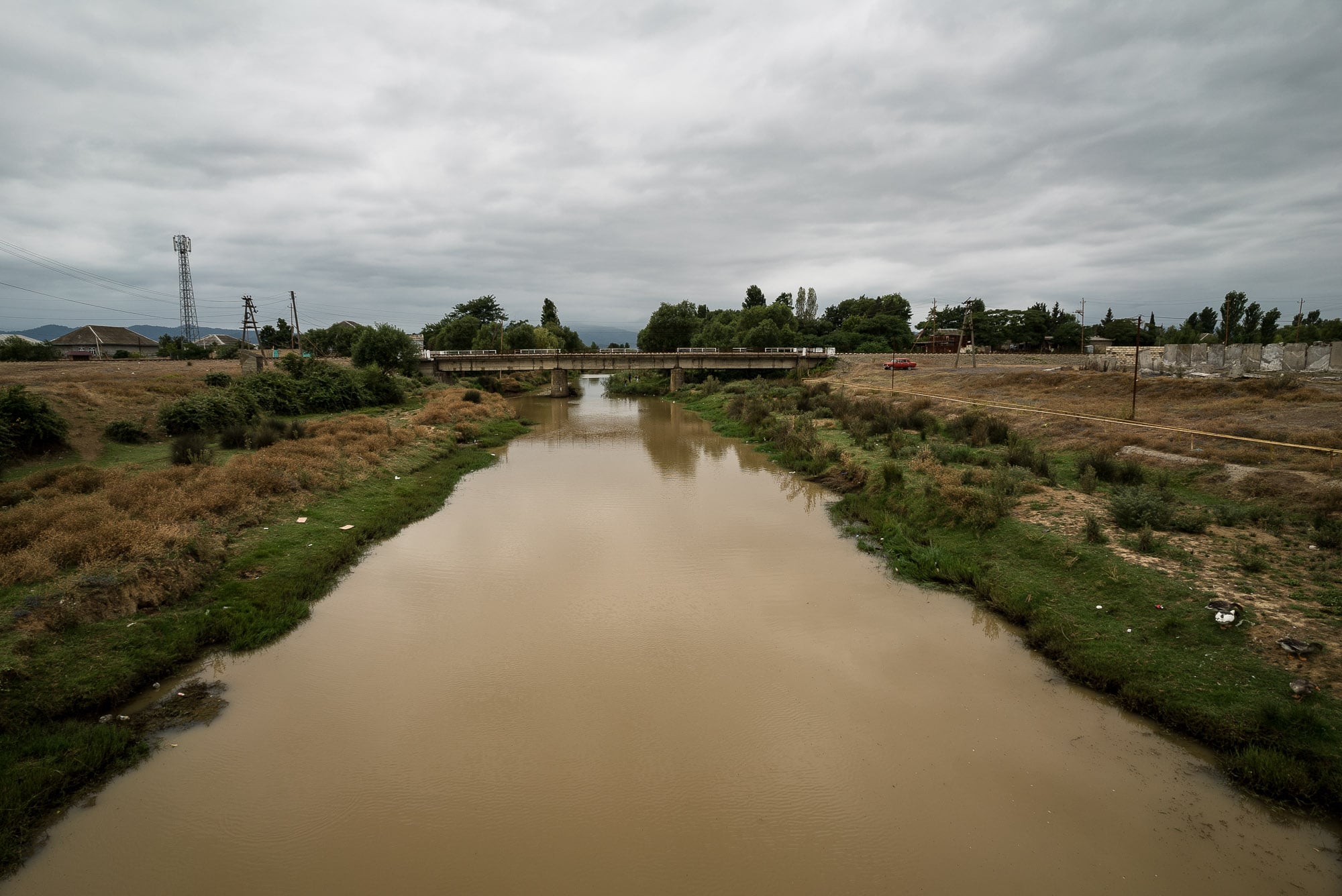 And under the cover of the clouds, it wasn’t even hot: 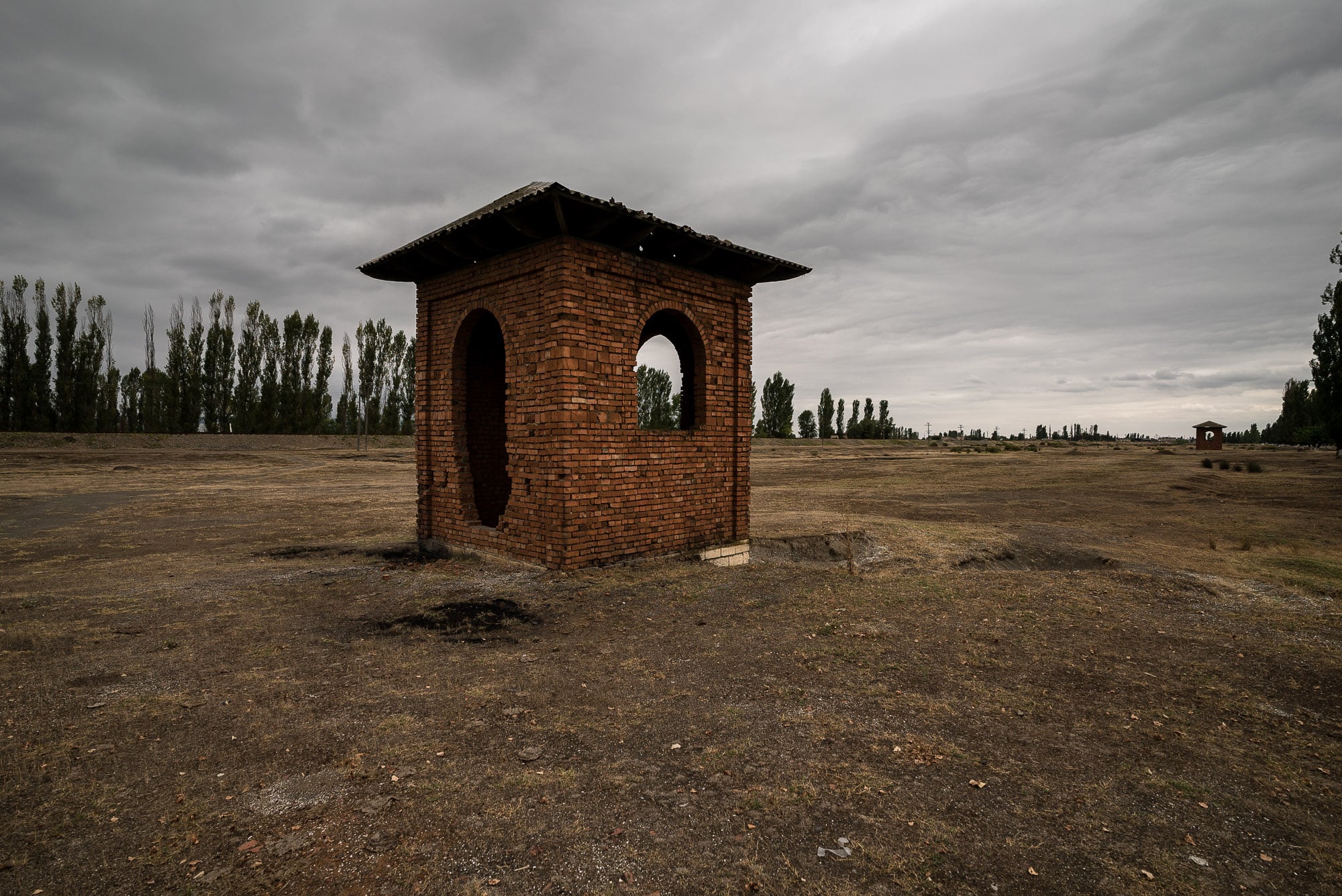 The only downside were the dogs here and there: 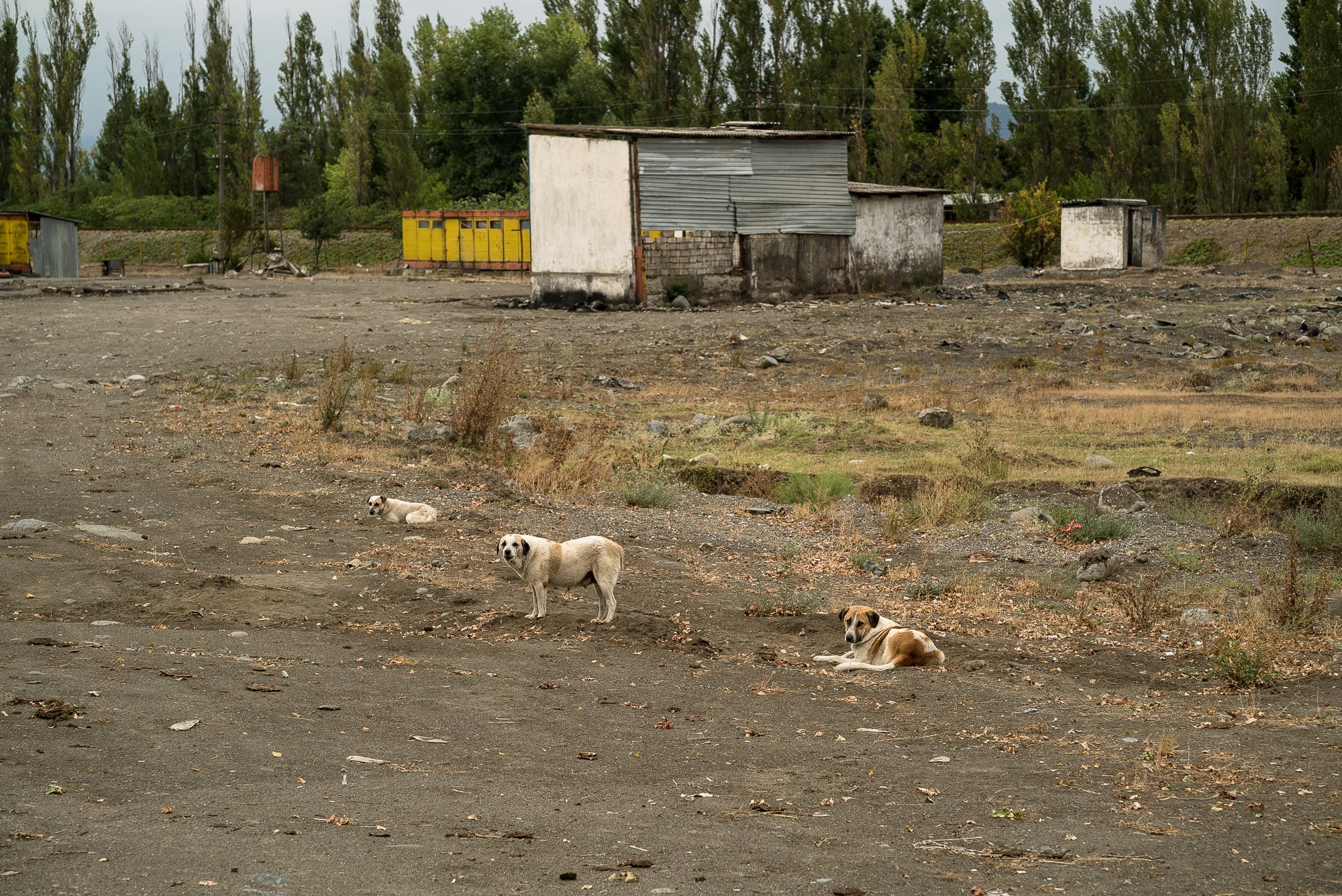 Most of them were mean, but they never came close to the Caboose and me. I think in the end they were probably just too lazy.

Feeling a cold approaching, I was drinking my tea with juice that I squeezed from lemons and limes: 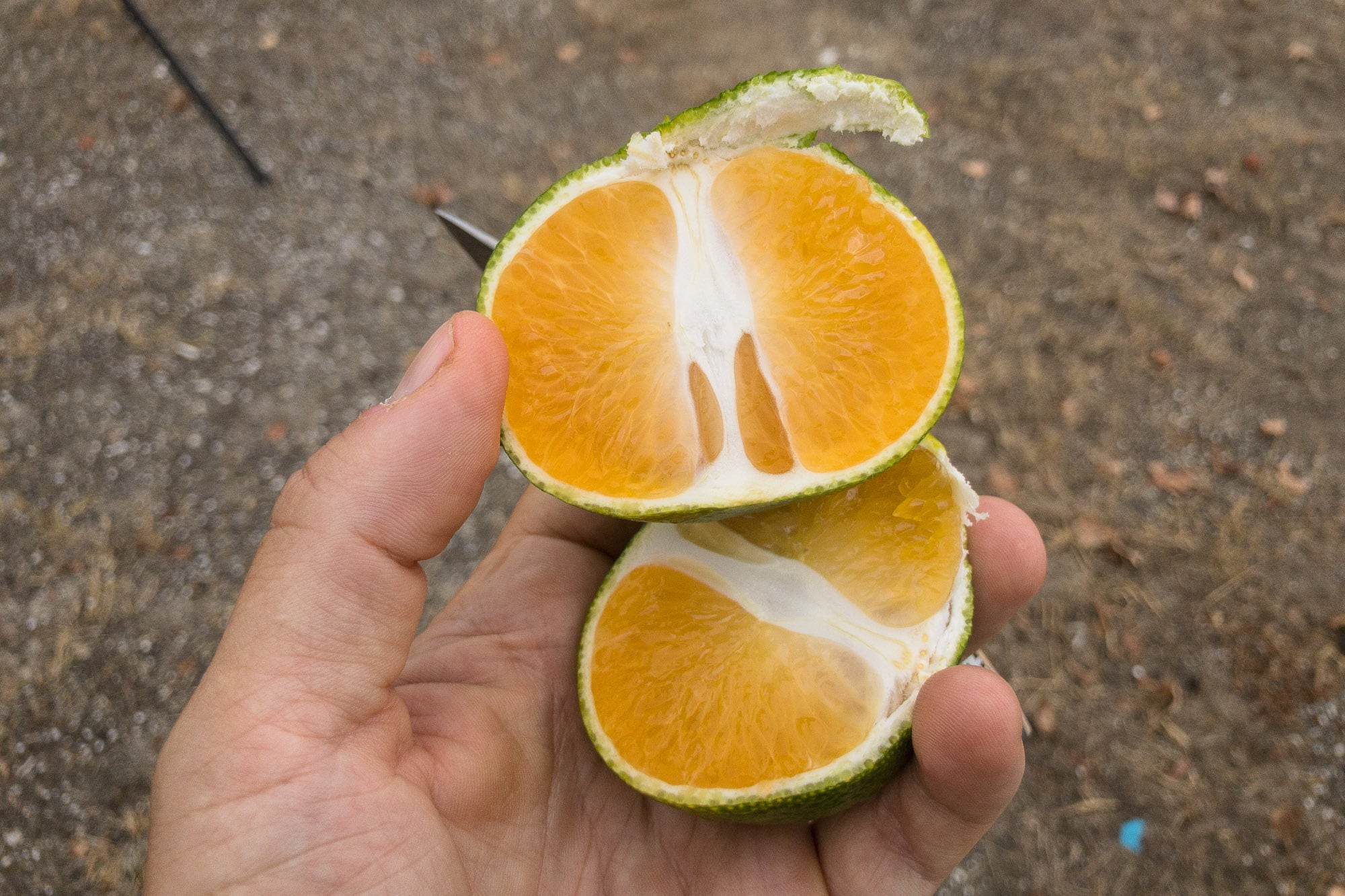 And then, in the afternoon, the cloud cover opened up and the blue sky became visible once again: 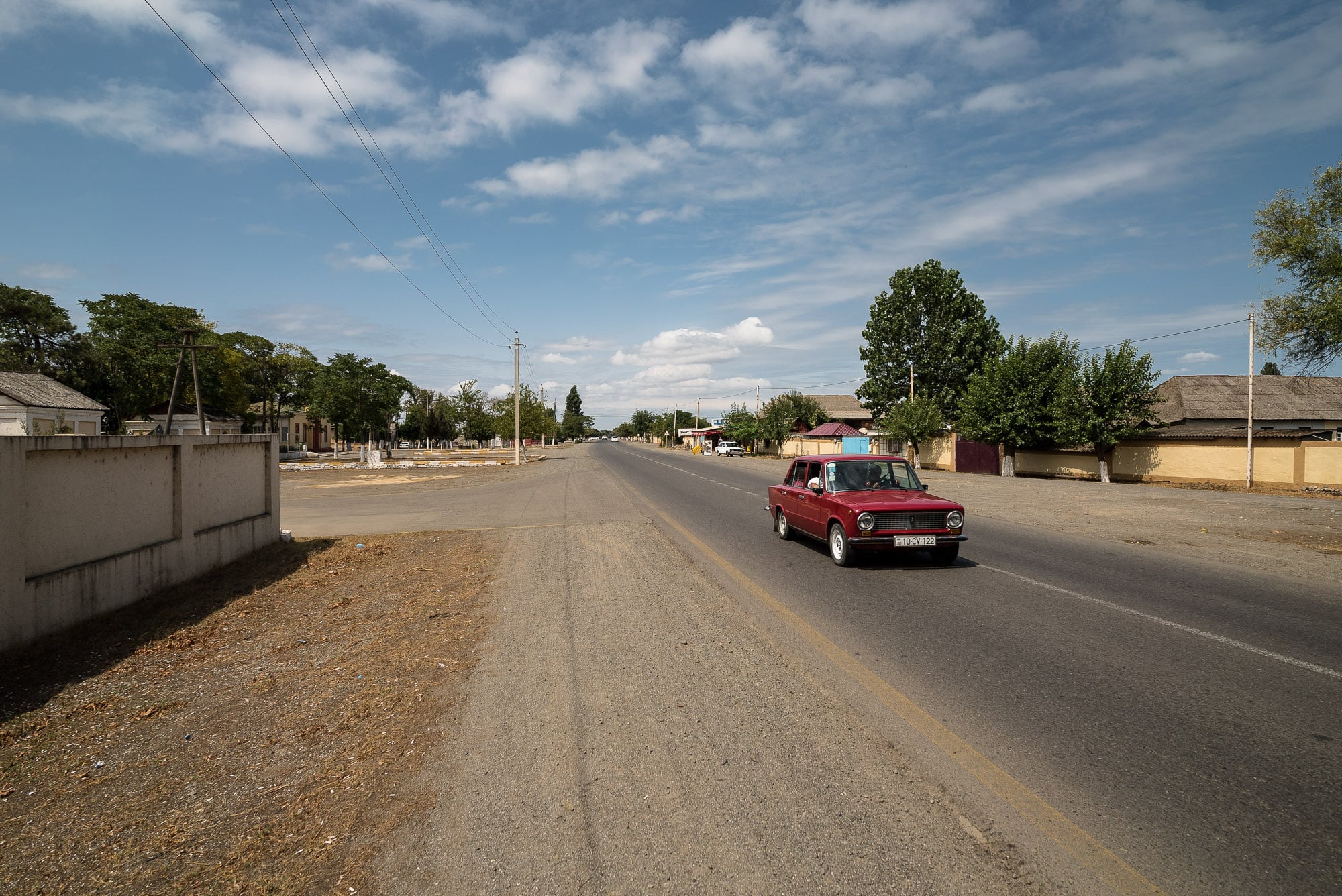 This meant it got a little hotter, but not too much.

Sometimes there were strange empty buildings near the road: 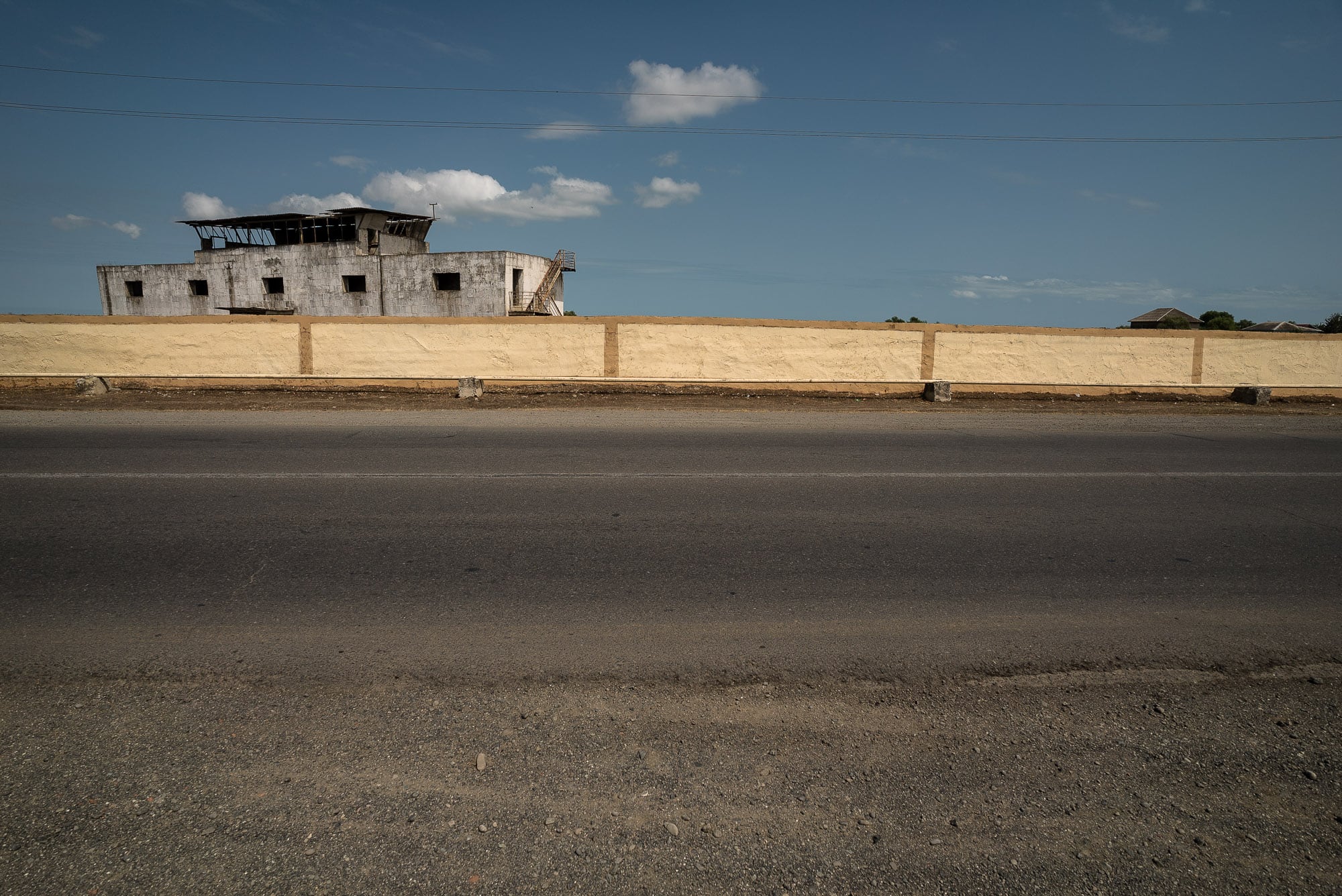 And sometimes there were little shops that seemed to sell mainly jam and ceramics: 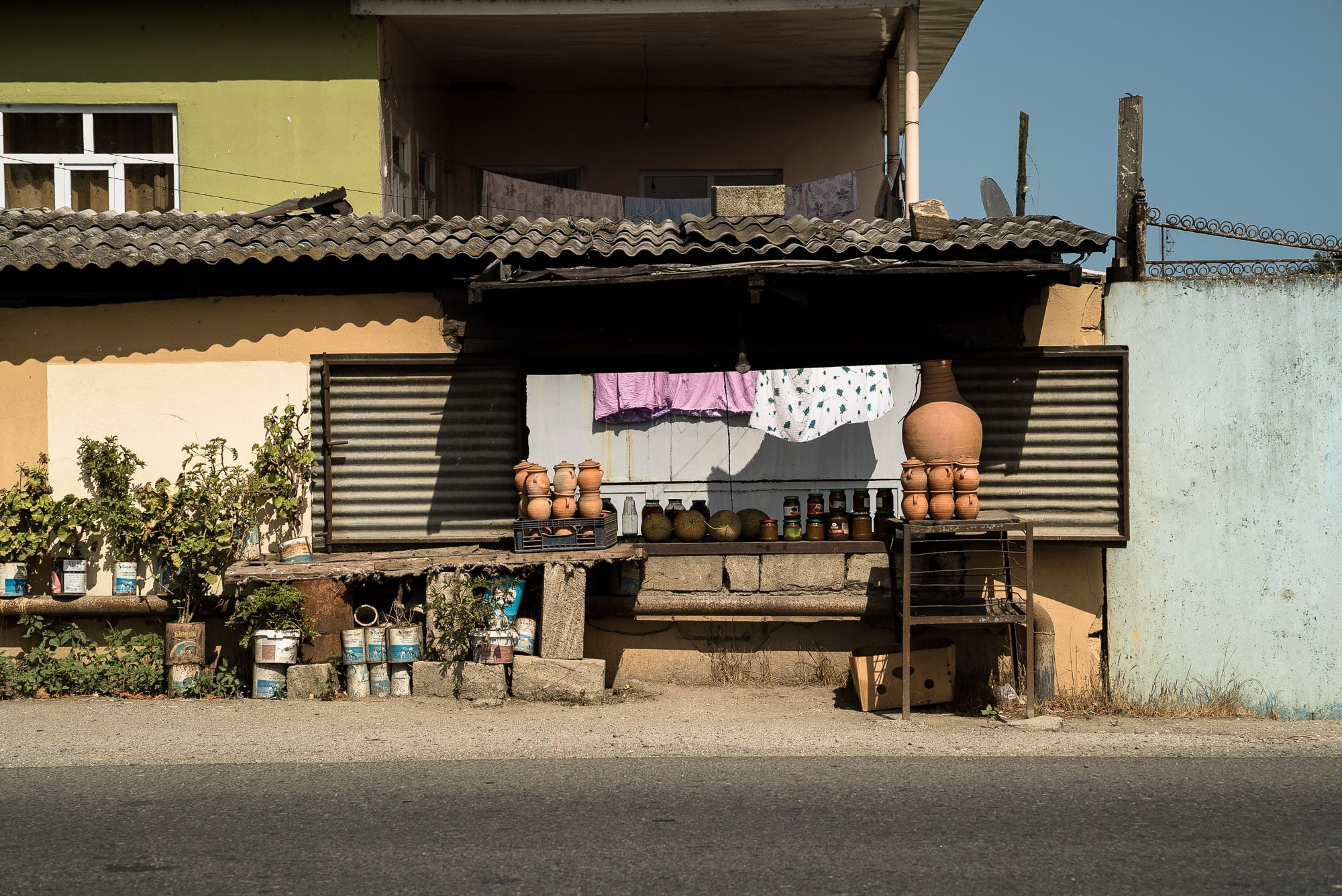 I stopped for a photo next to this sign at a gas station: 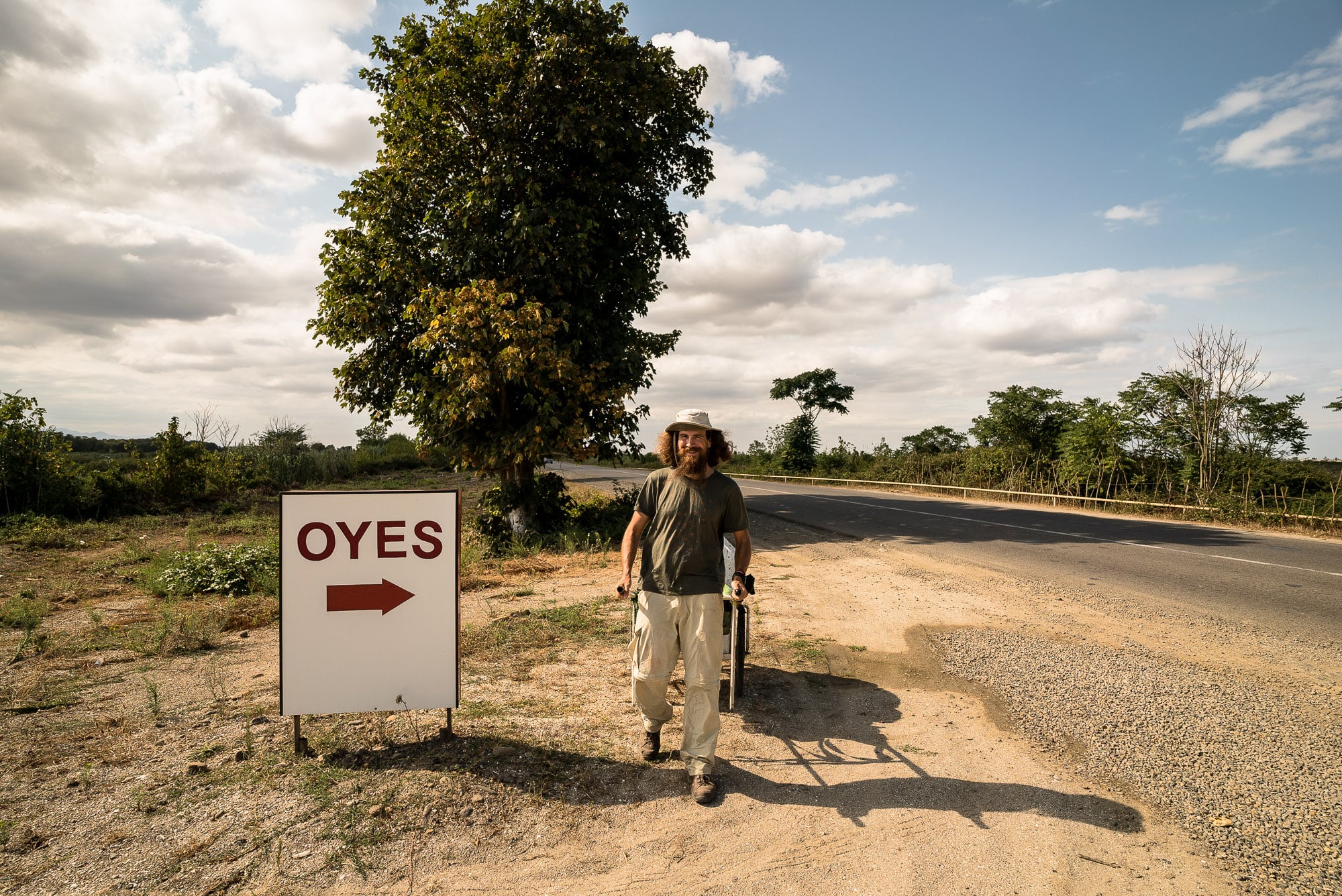 Because OYES, we had come from China, the Caboose and I.

These little dudes saw me take that photo and thought I was hilarious: 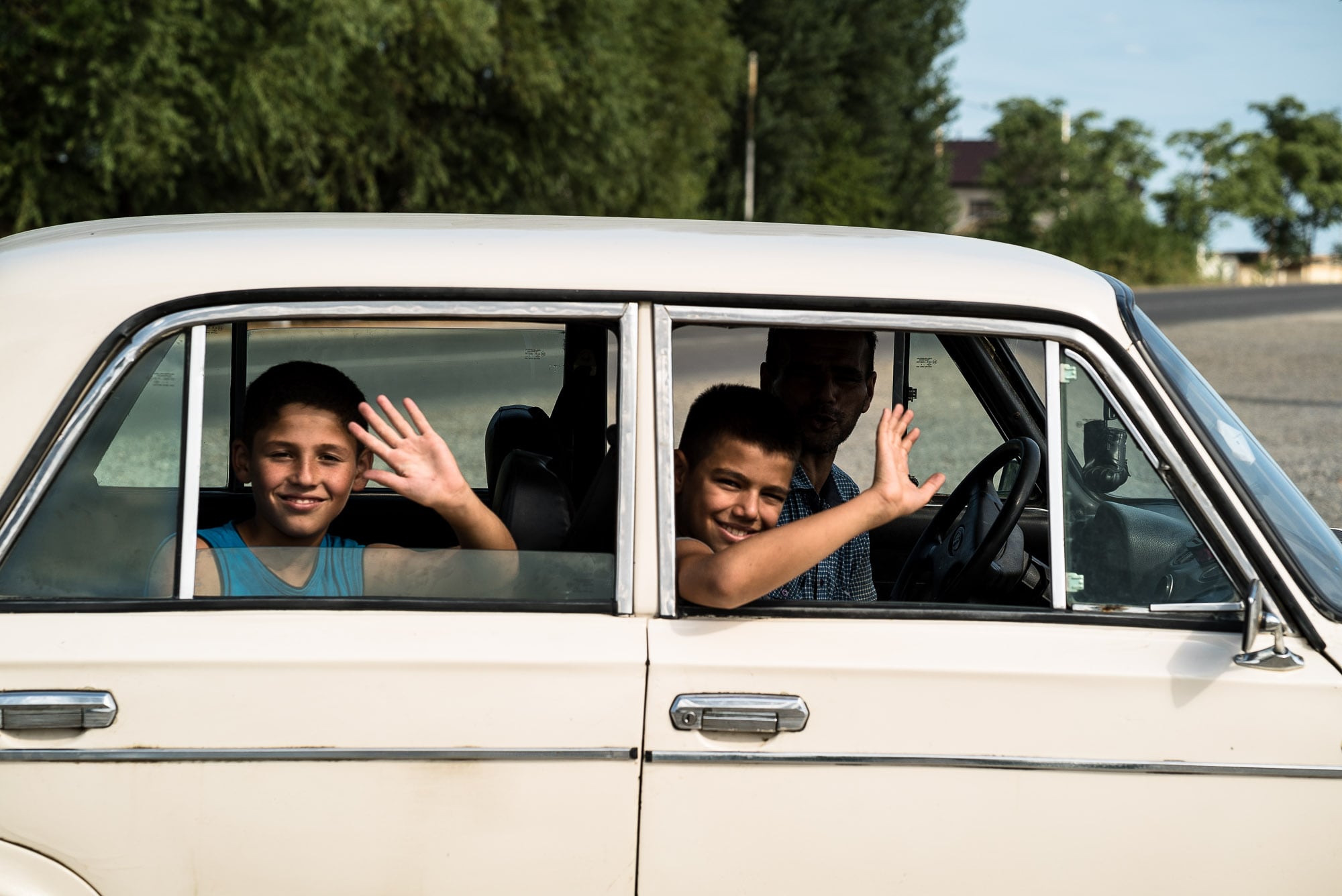 I rested in a field that was a little way off the road, and when I did, a bunch of cows appeared and seemed to be a bit bewildered by my presence: 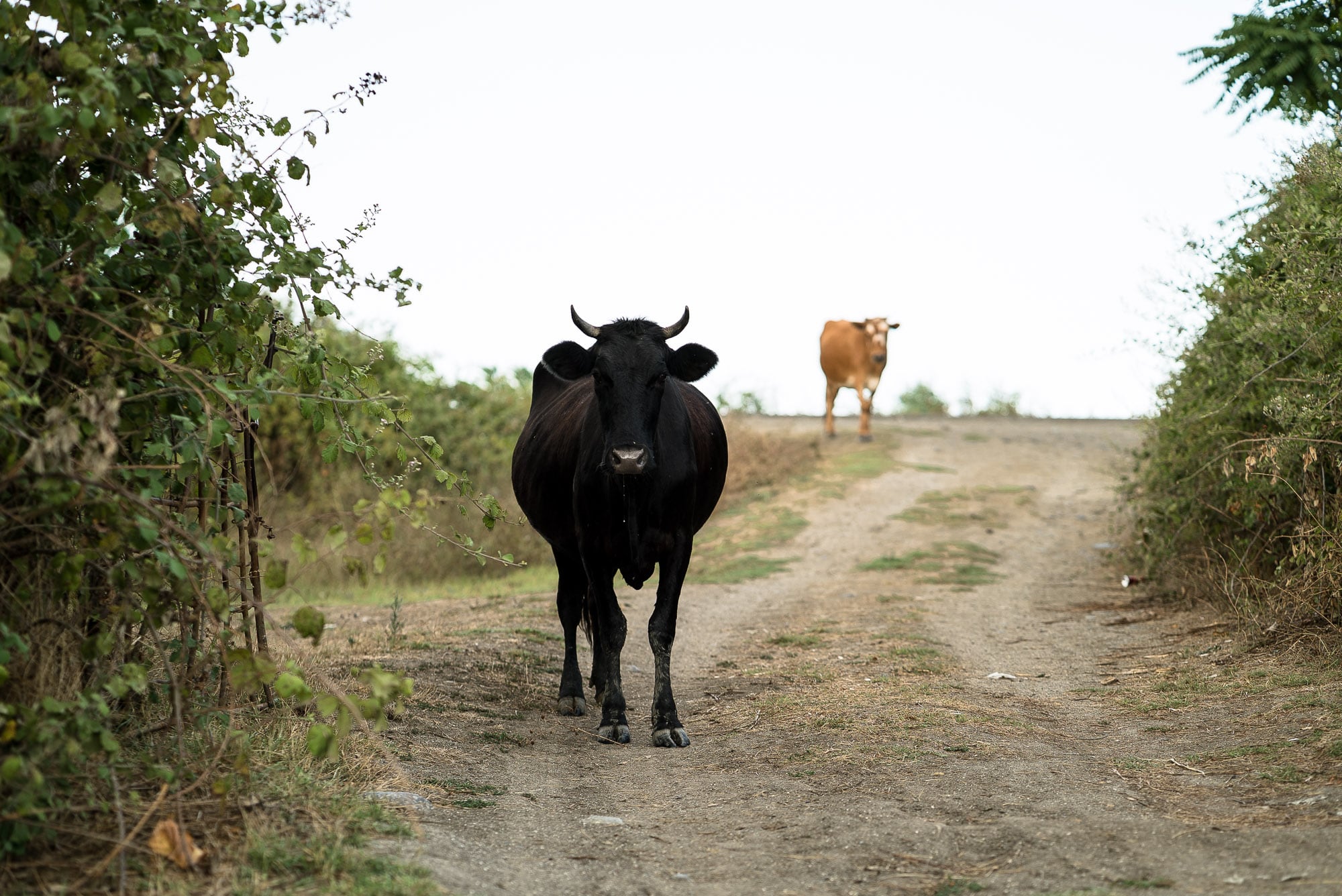 Then a gentleman with a stick and a bucket showed up: 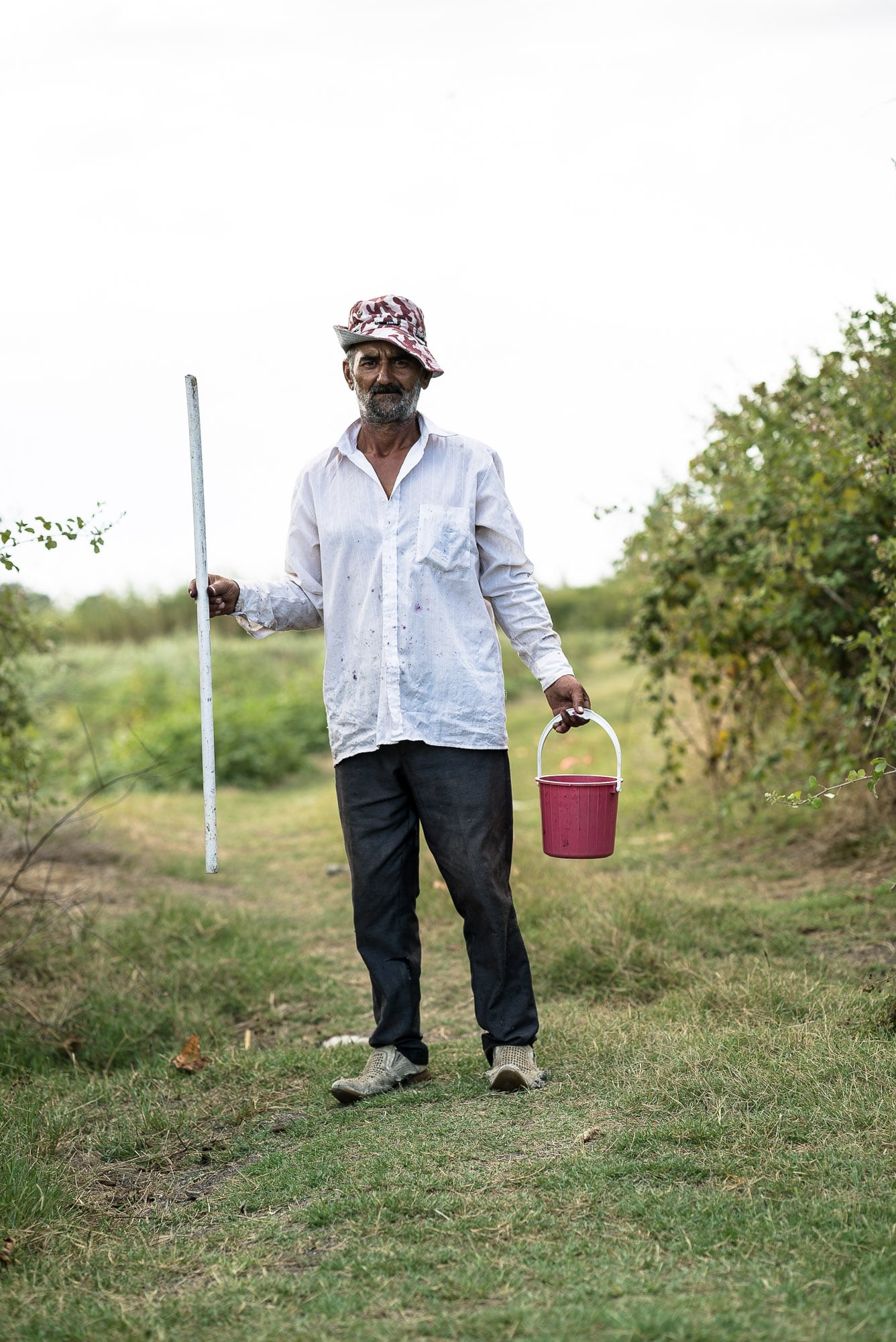 He was collecting berries, and he told me to better not camp there, because the mosquitos would come out at night, and they would be in the thousands. He also told me about a mysterious new highway that I was going to cross. “It’s not open to traffic yet, but you can walk on it!” he said.

I pressed on, passing through some populated areas… 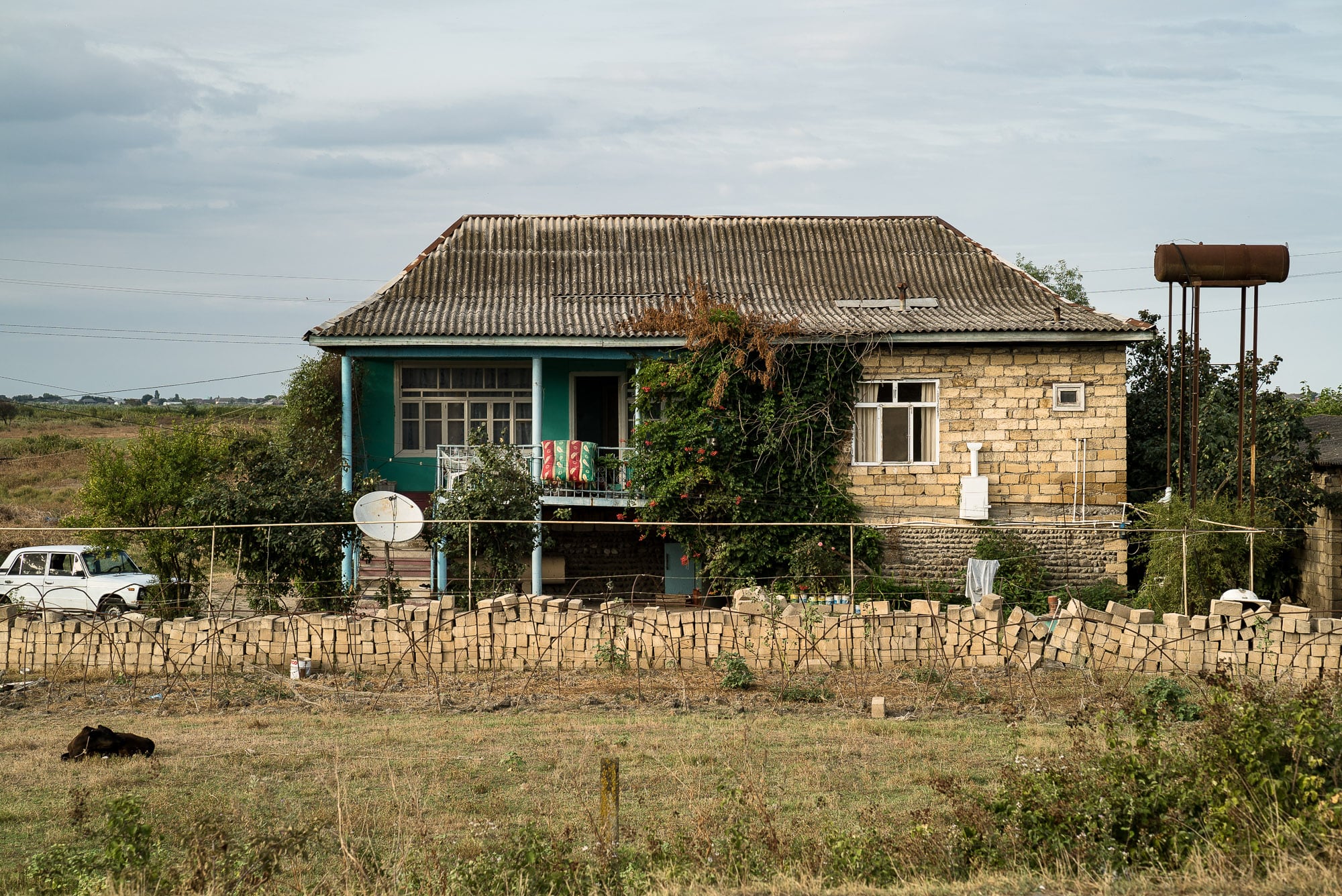 …and through a forest: 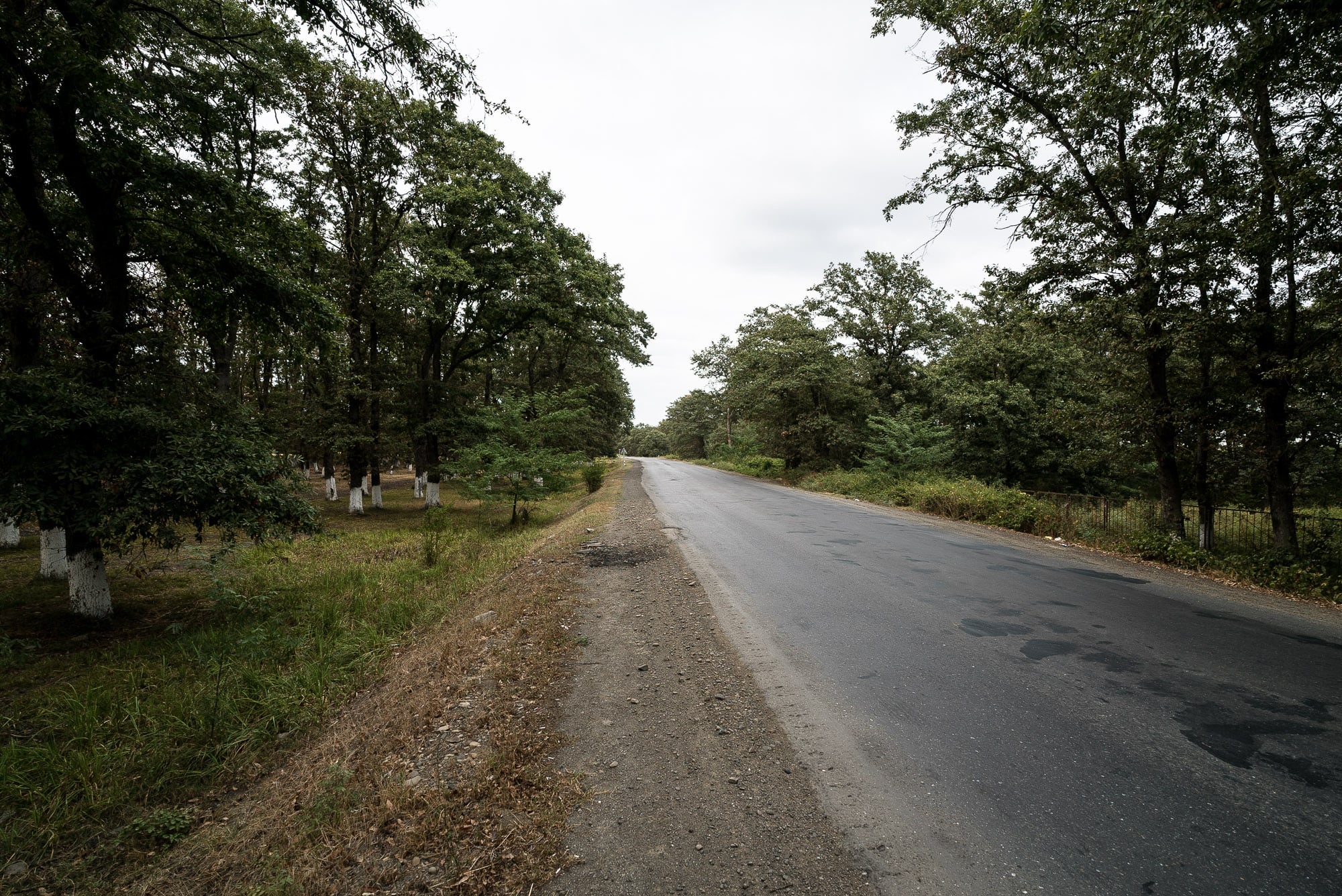 Then I saw the new highway that I had heard about earlier: 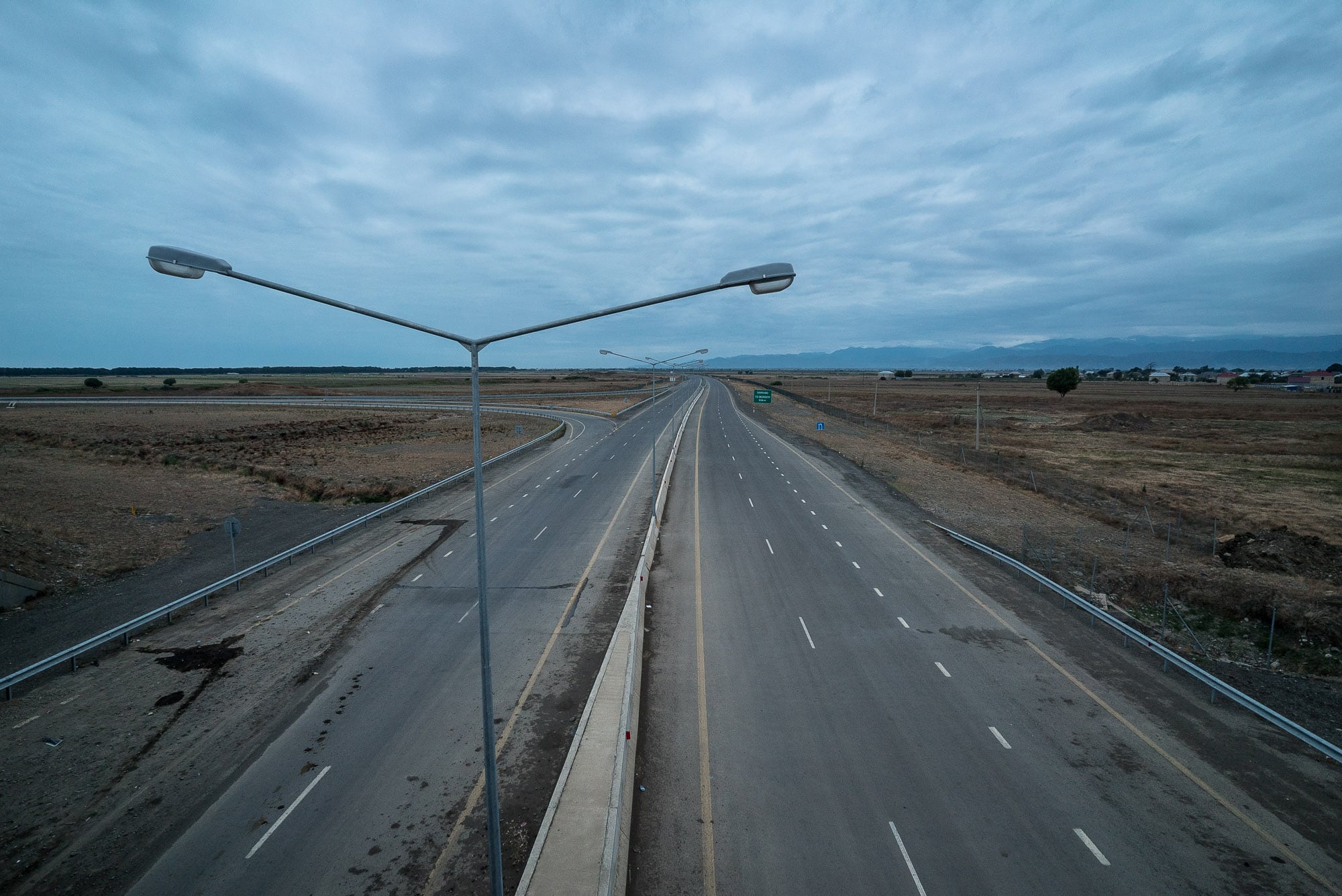 It was very tempting to try and find a way to access it, and walk down that perfect new asphalt without a single car in sight. But I chose not to do that. I wanted to get to the city as quickly as possible, and I figured that the highway probably led around it.

So I walked on into the darkness: 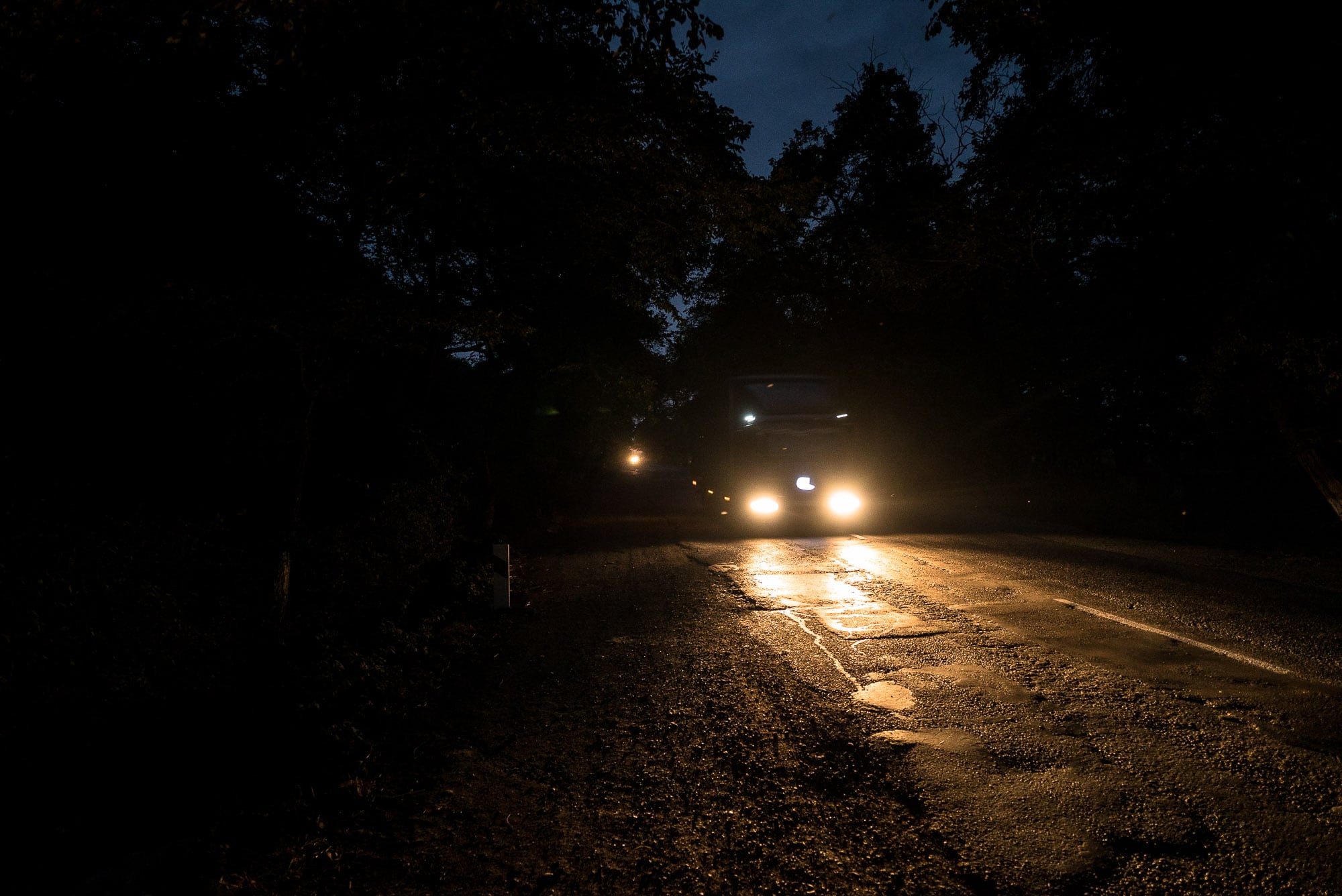 There were many mean dogs on that road, so at some point I got out the club that I had found somewhere in Khorasan a few months earlier. I held it in my hand as I walked down the road, and maybe it did serve to scare off the dogs, or maybe they had never planned to attack me anyway. Either way I was fine.

Walking through the darkness was still miserable though: 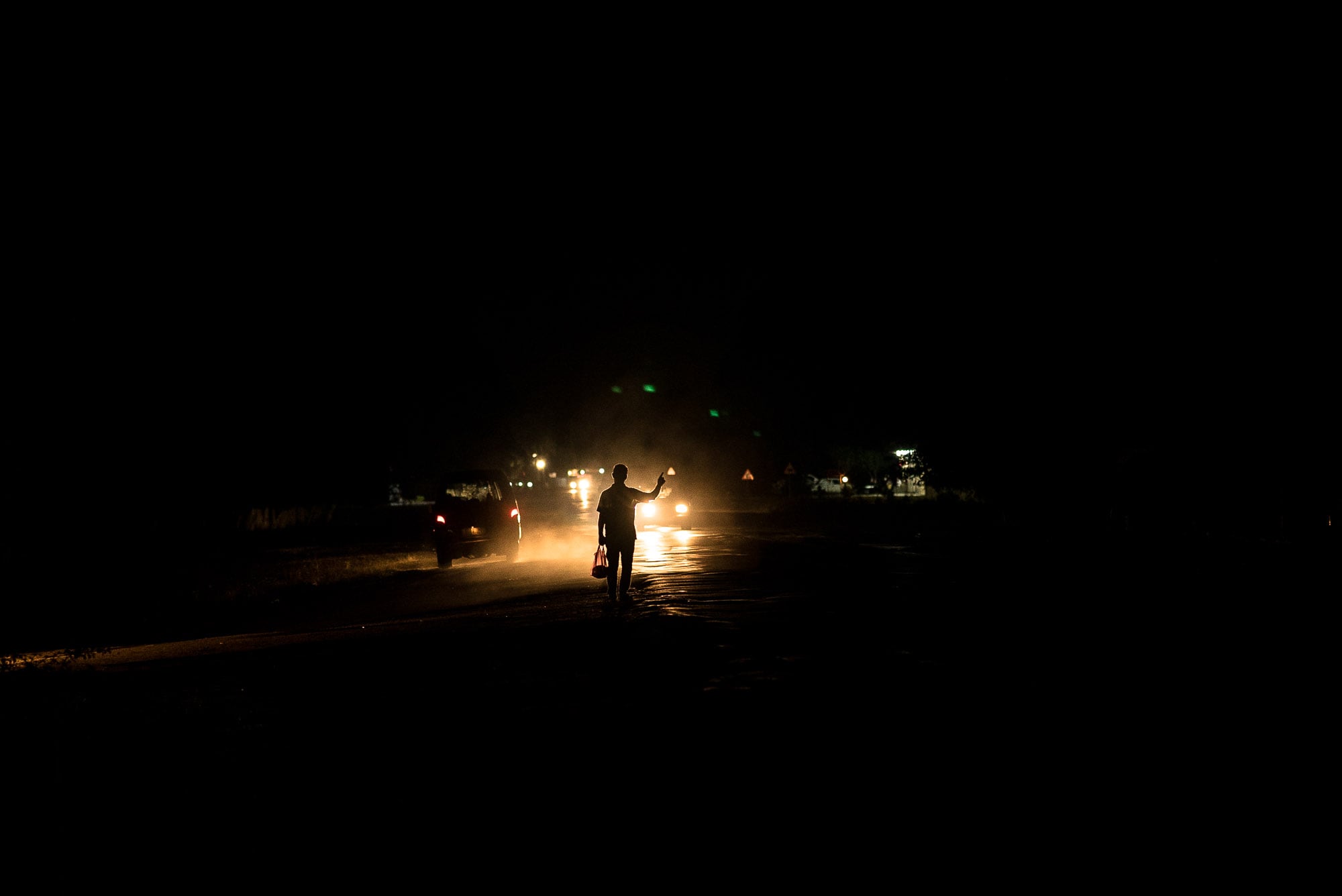 But then, when I had just entered the town of Masalli, a gentleman called Ramil spotted me on the road and invited me to dinner with his friends: 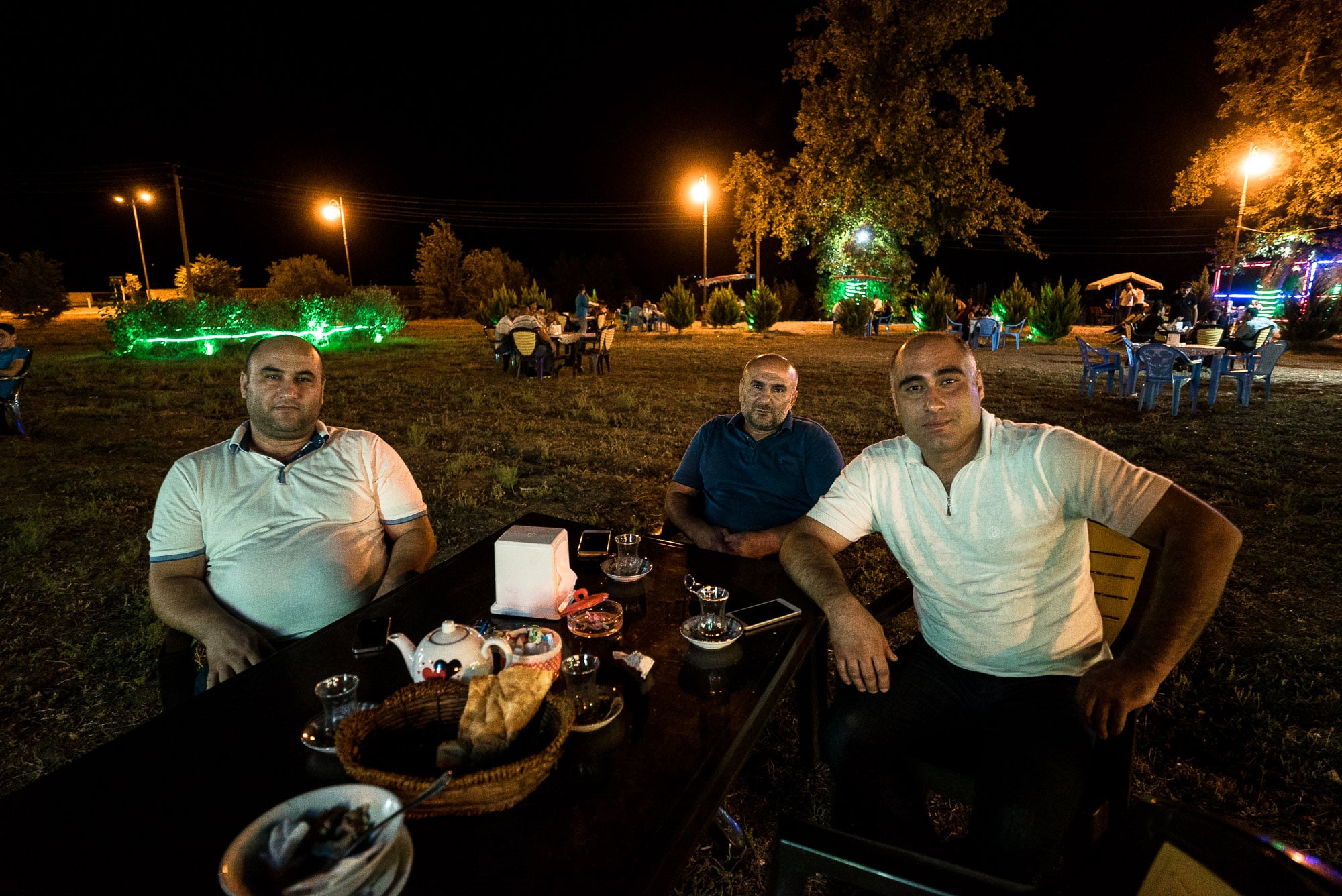 Day 1200
from Lankaran to Masalli