A friend had told me about a village called Radkan northwest of Chenaran. It had an ancient tower and an eco-lodge where I would be able to stay. I decided to walk there, but not on the main highway. Instead, I was going to try to find a way through the countryside. I wasn’t sure if there was one.

The town was still very quiet when I left: 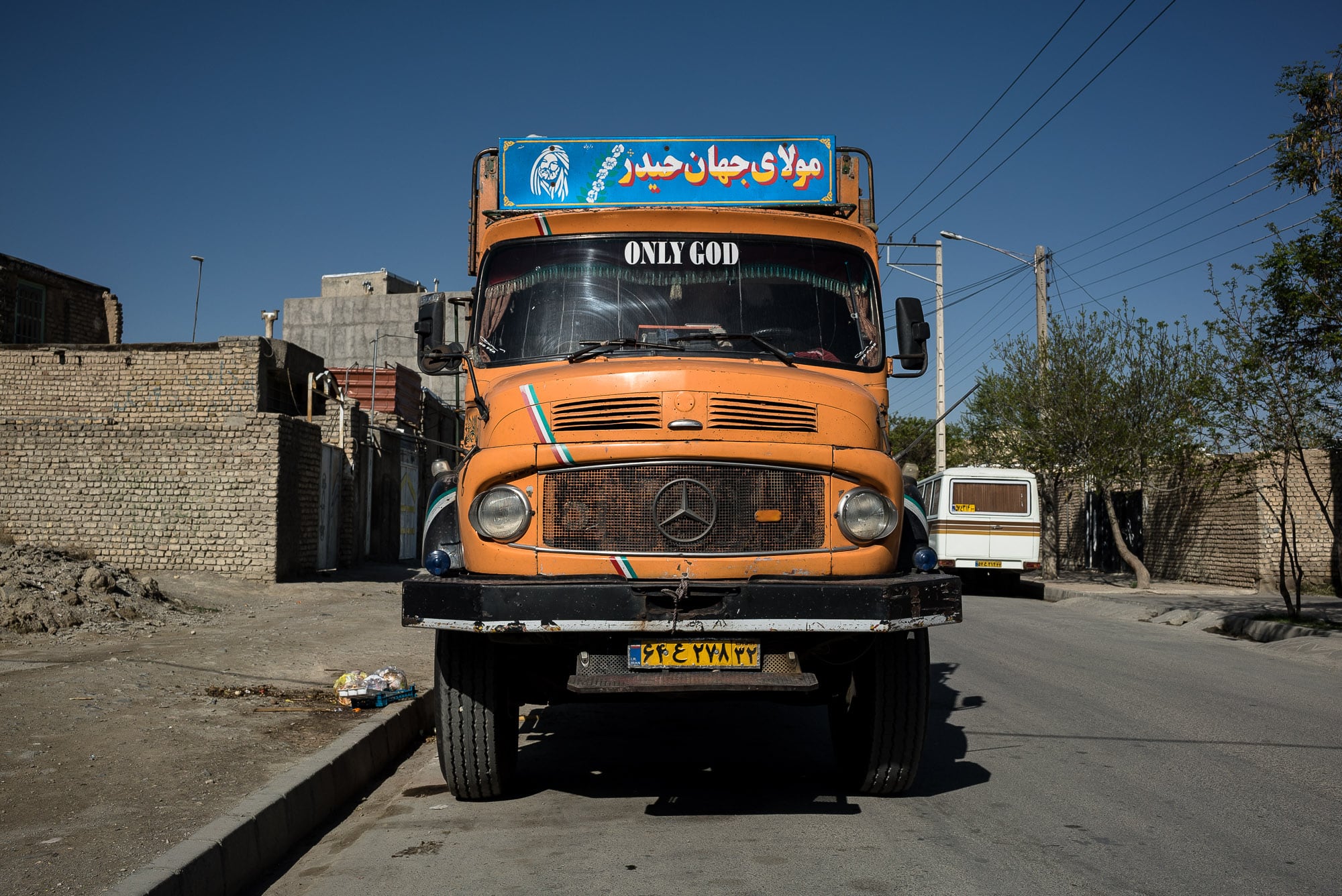 I reached the village road after a while, and it got even more quiet: 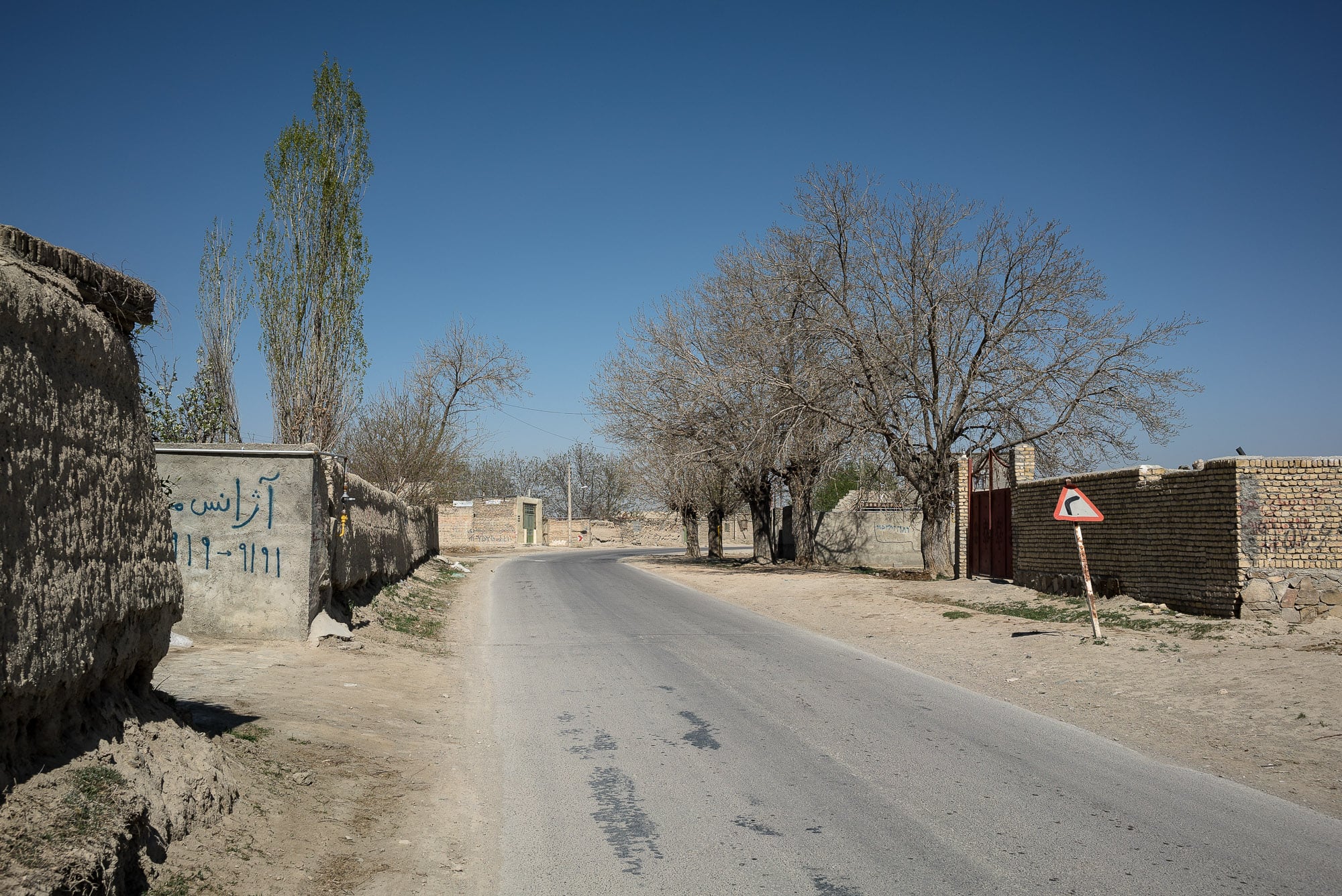 At some point I saw a wooden stick on the ground. It looked like one of the sticks the shepherds used to lean on and discipline their sheep. I liked the stick, so I picked it up: 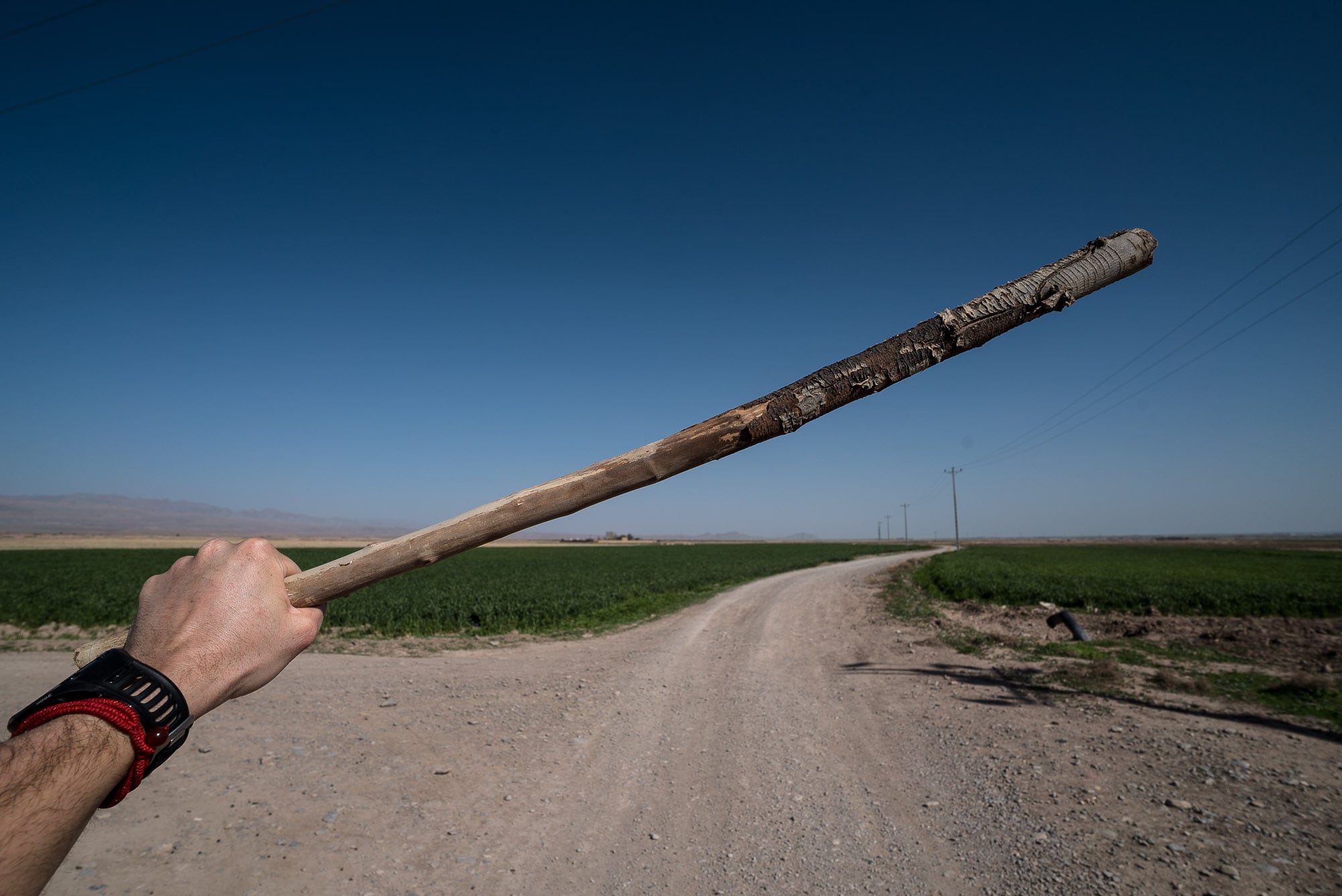 Maybe it would be helpful one day?

I took a lunch break with the leftovers from the day before: 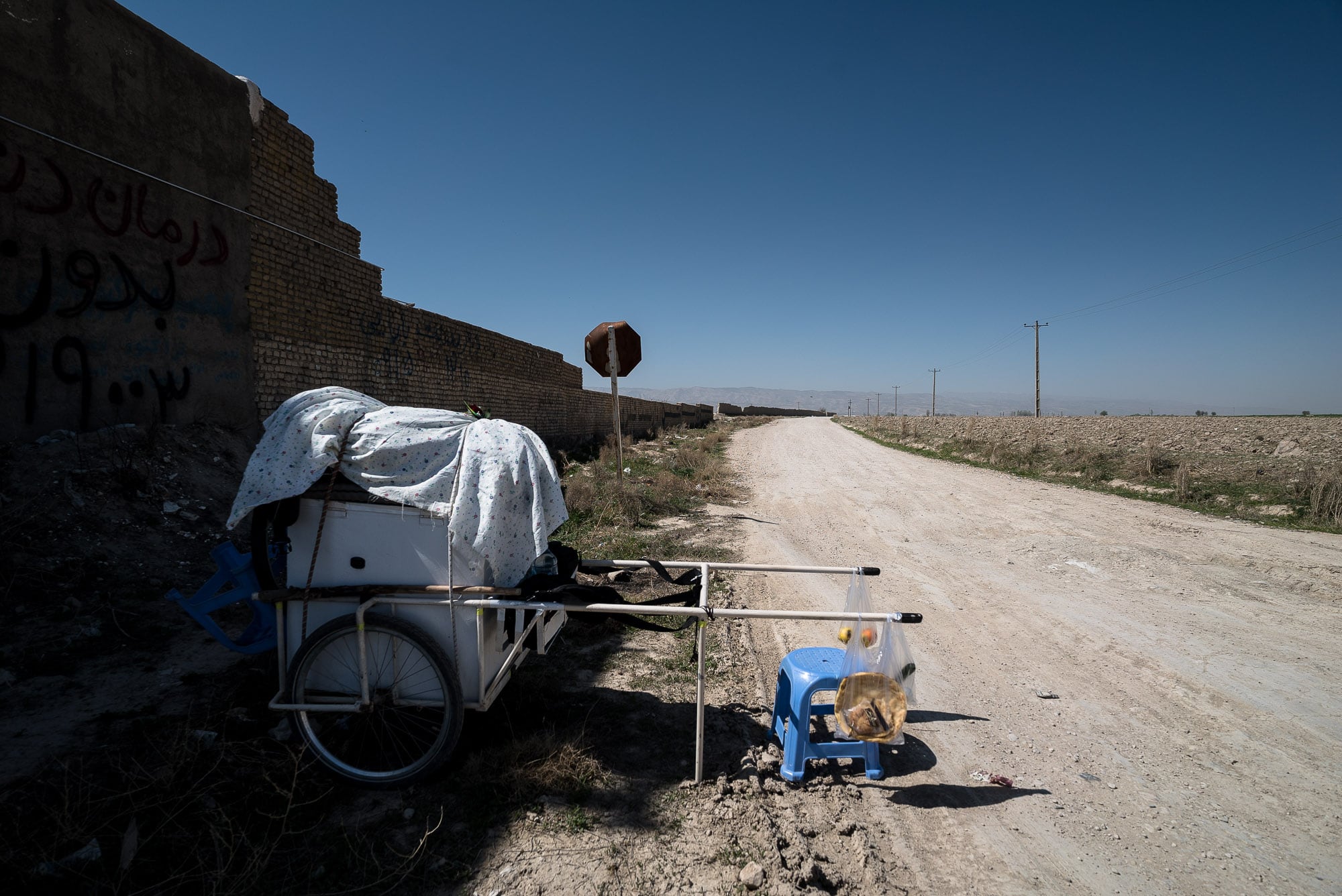 Then a dog came. He was pretty big, but he wasn’t mean at all. Just hungry: 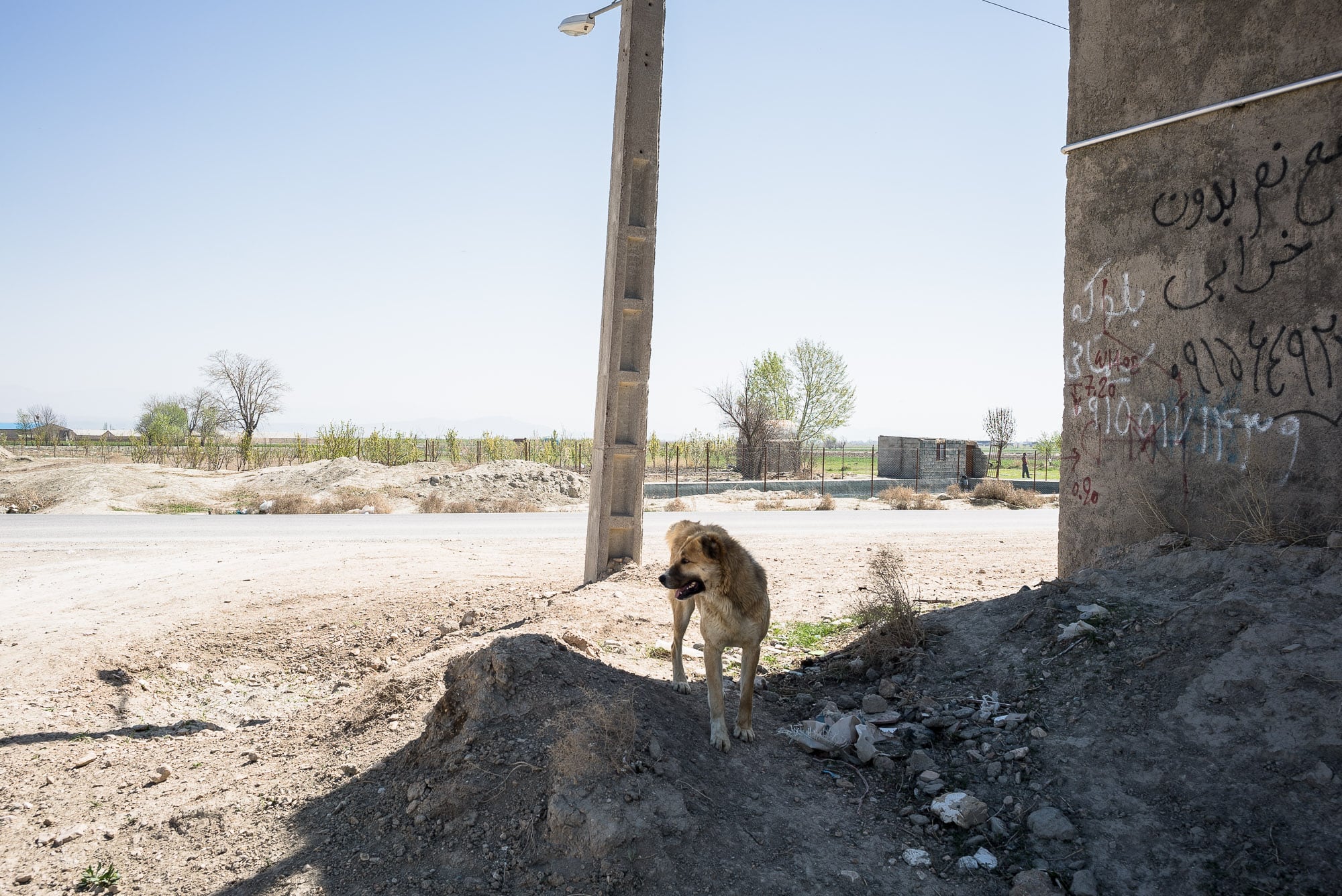 I gave him some bread.

One thing I found rather confusing in this area was the fact that some of the buildings looked like they might have been ancient ruins: 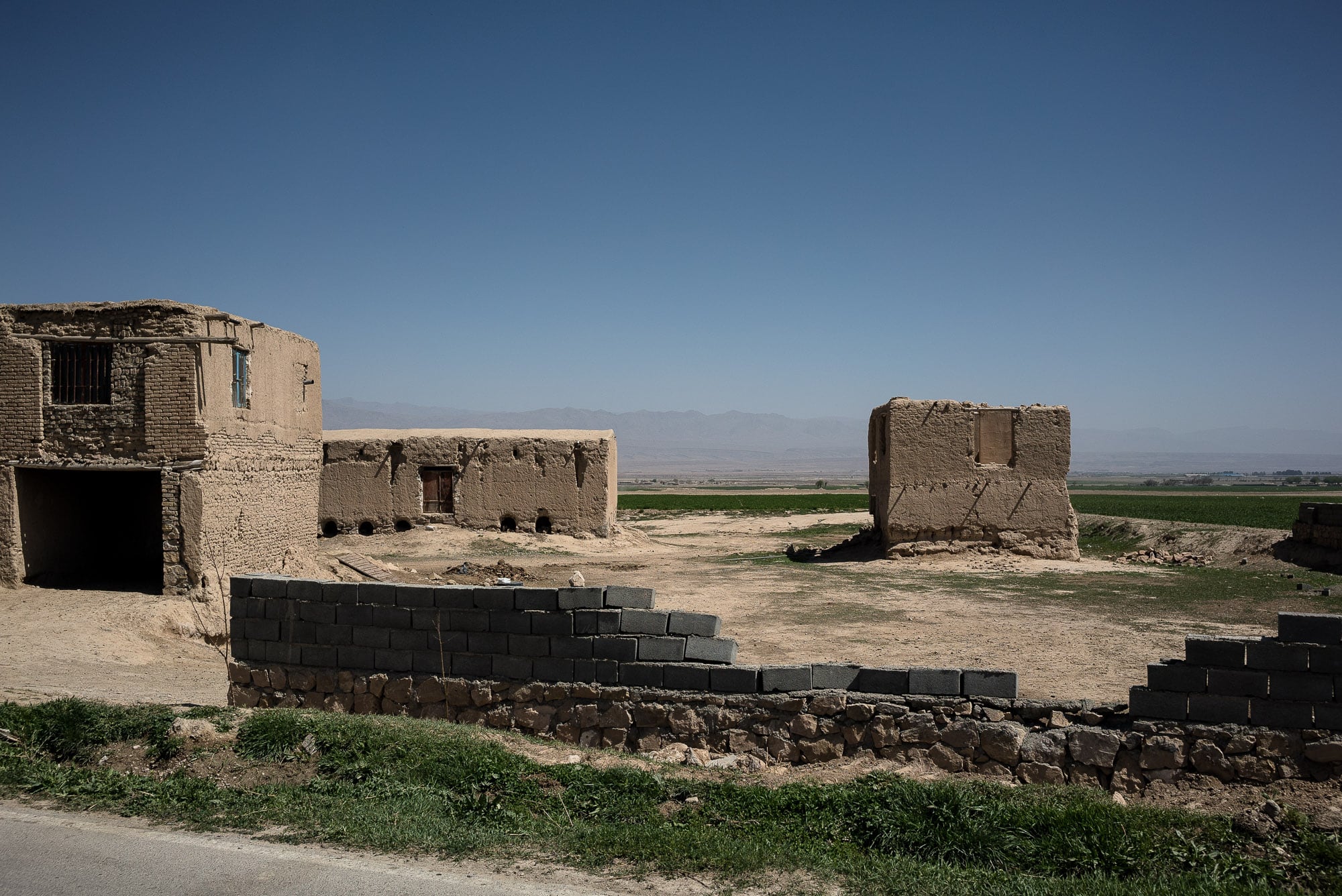 Or maybe they were just poorly constructed.

It turned out that there was a way to Radkan. At some point I was able to spot the tower in the distance: 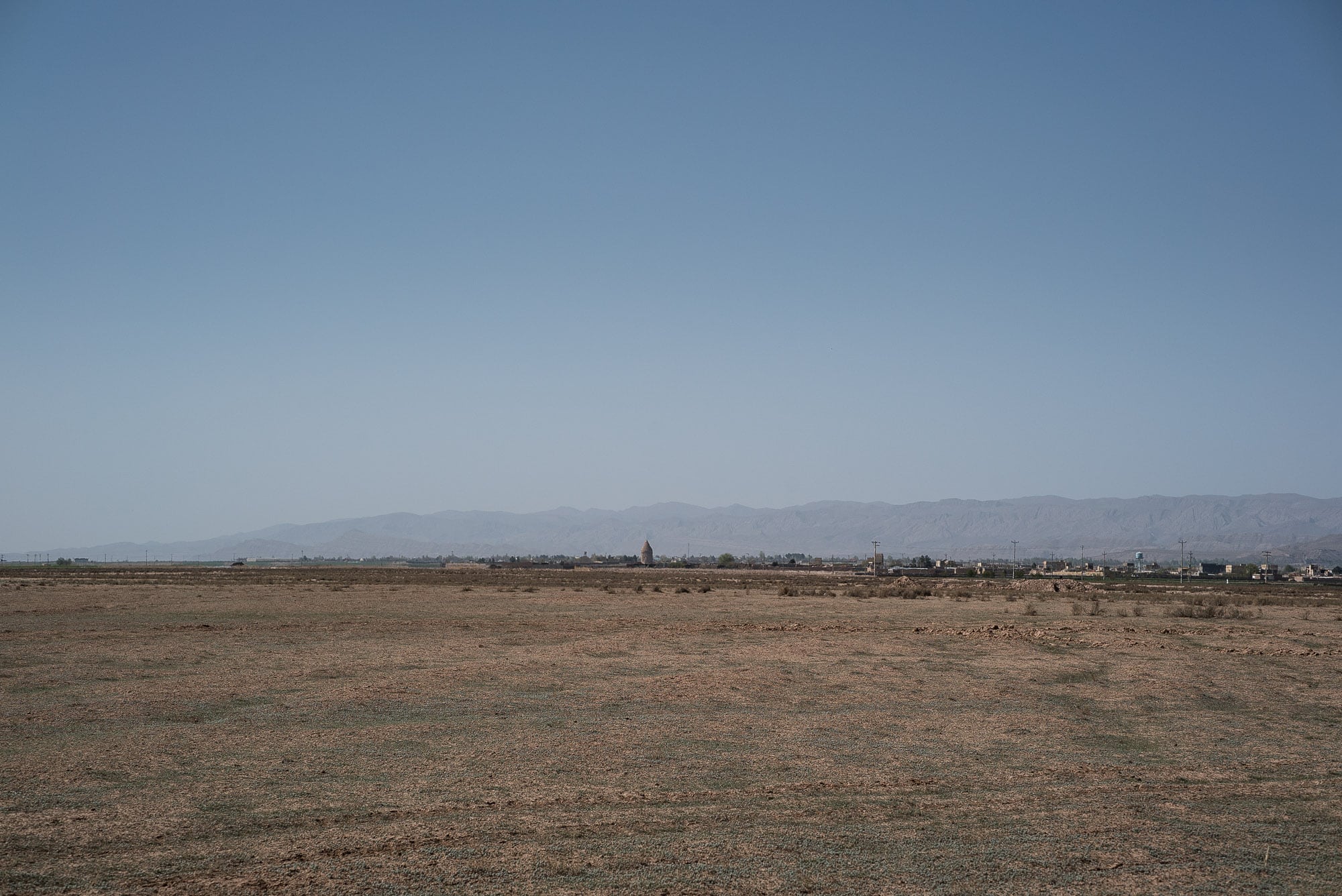 It was a nice tower: 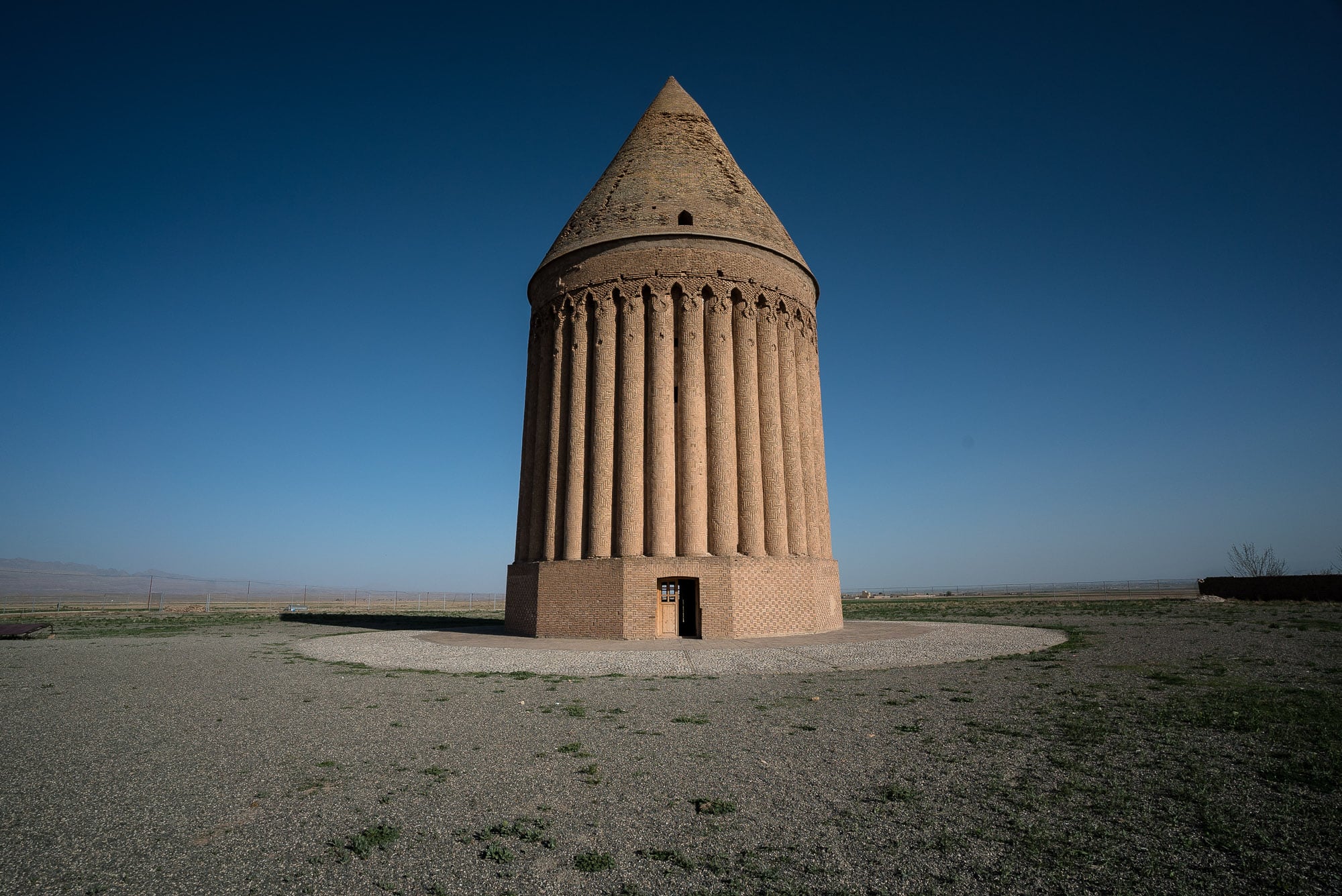 People had apparently been wondering about the ancient use of the tower for a long time, until an astronomer told them that it had probably been used for astronomy – that was what the holes were for: 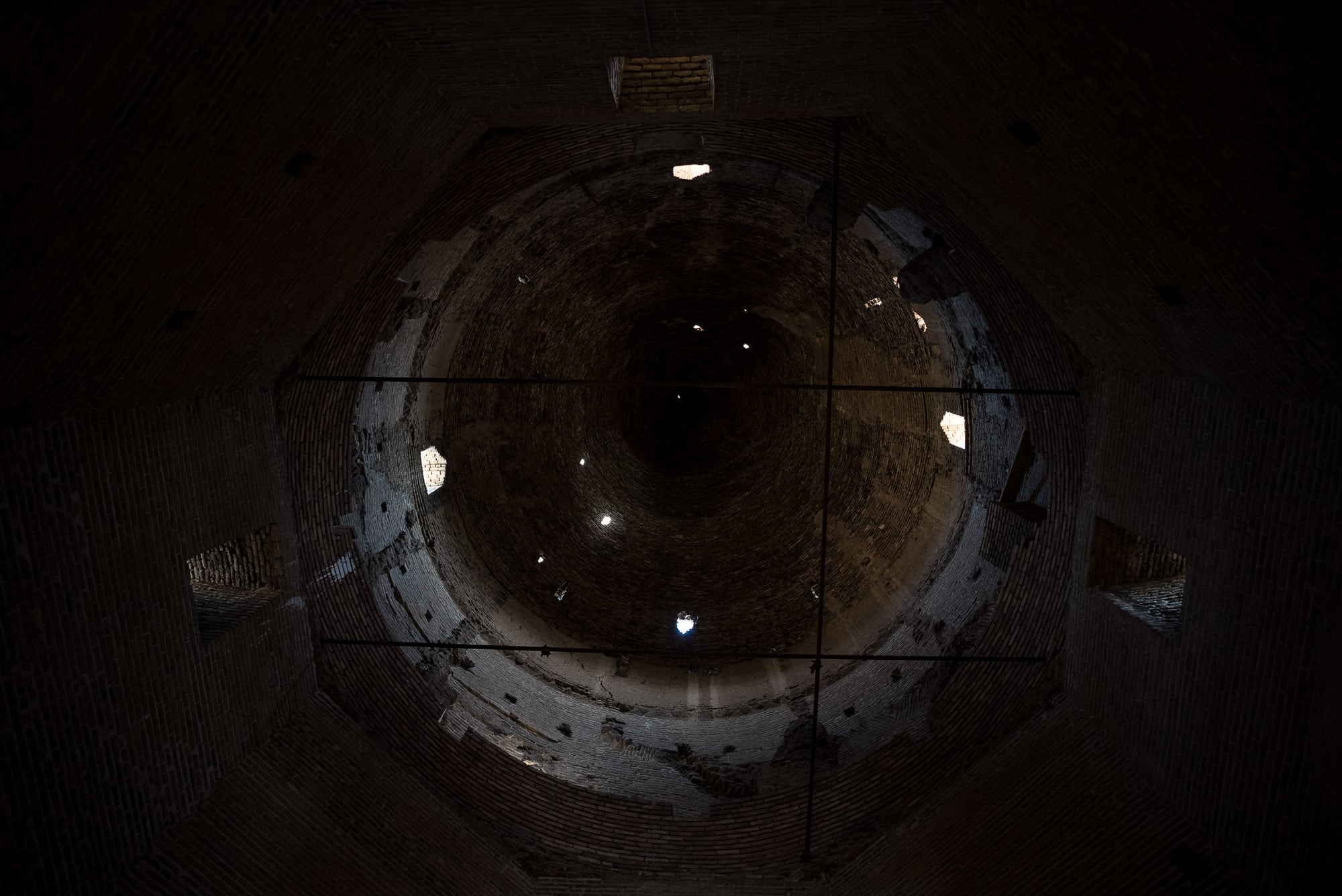 I loved how parts of the tower were still blue, and I wondered if he had ever been completely blue. 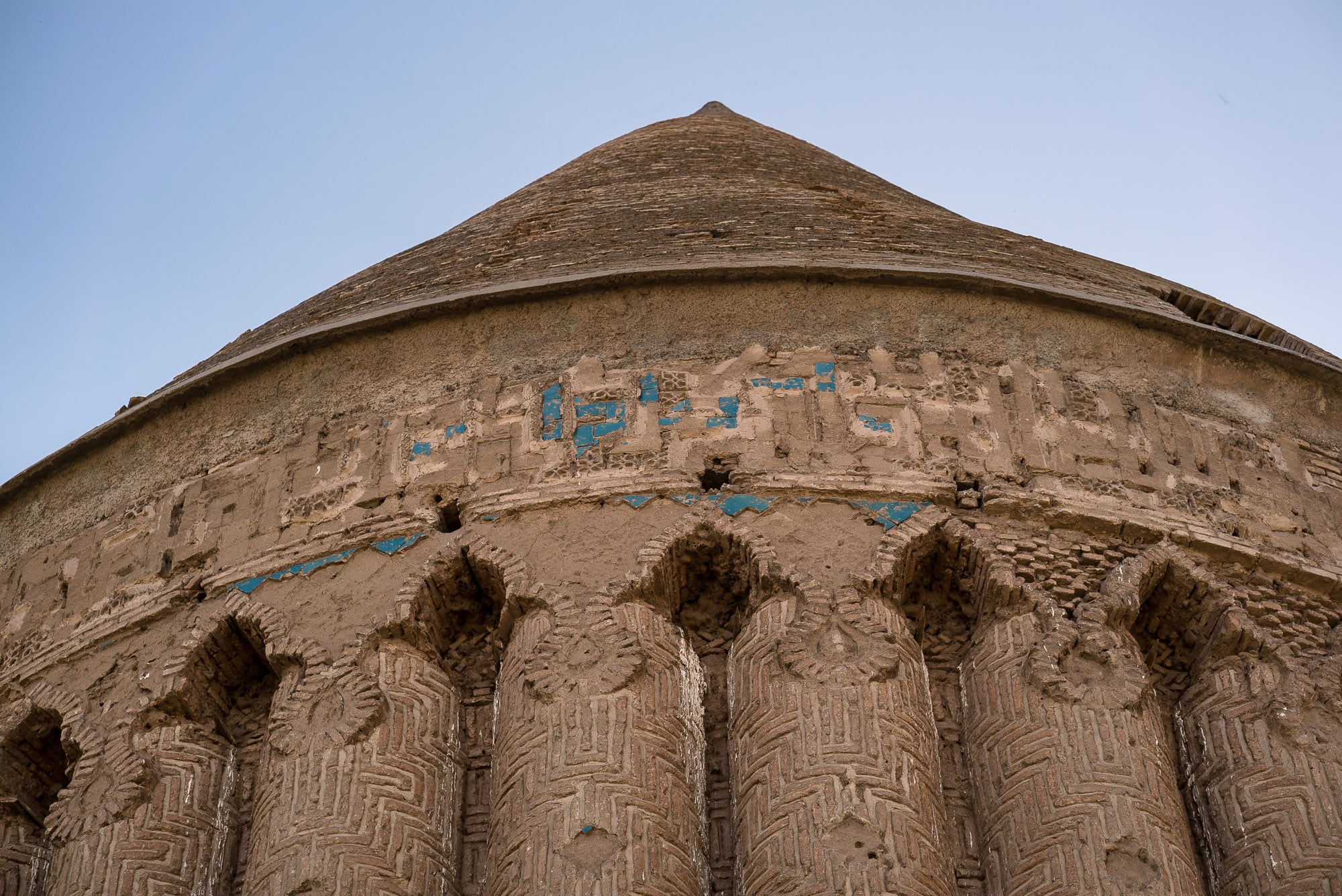 The rest of the way to the village of Radkan was easy. An afternoon stroll through the valley, with mountains on both sides: 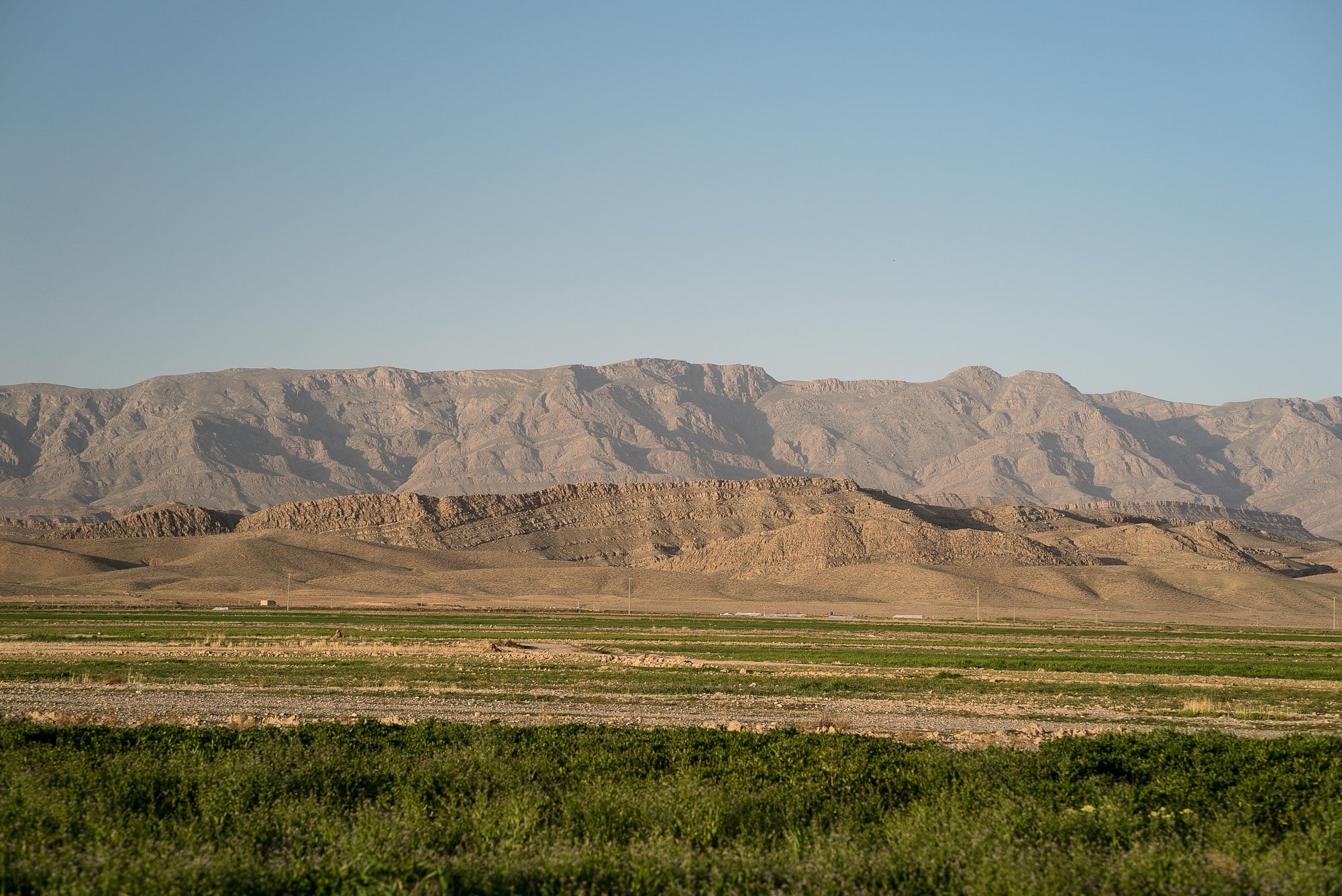 And the occasional sheep: 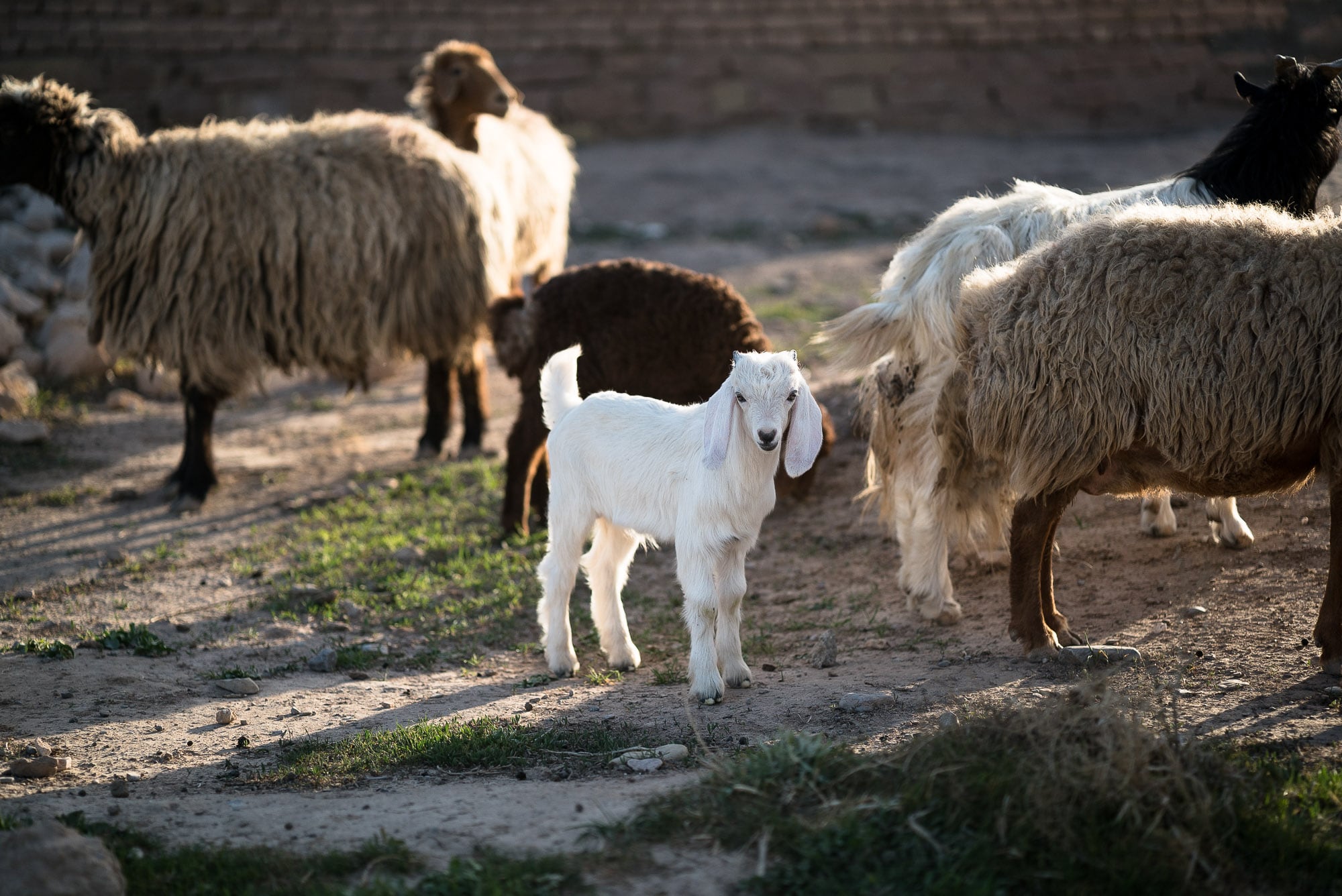 (Or the goddamned cutest lamb ever.)

When I arrived at the eco-lodge, I was blown away. I will show you pictures tomorrow, for now maybe a picture of my dinner will suffice: 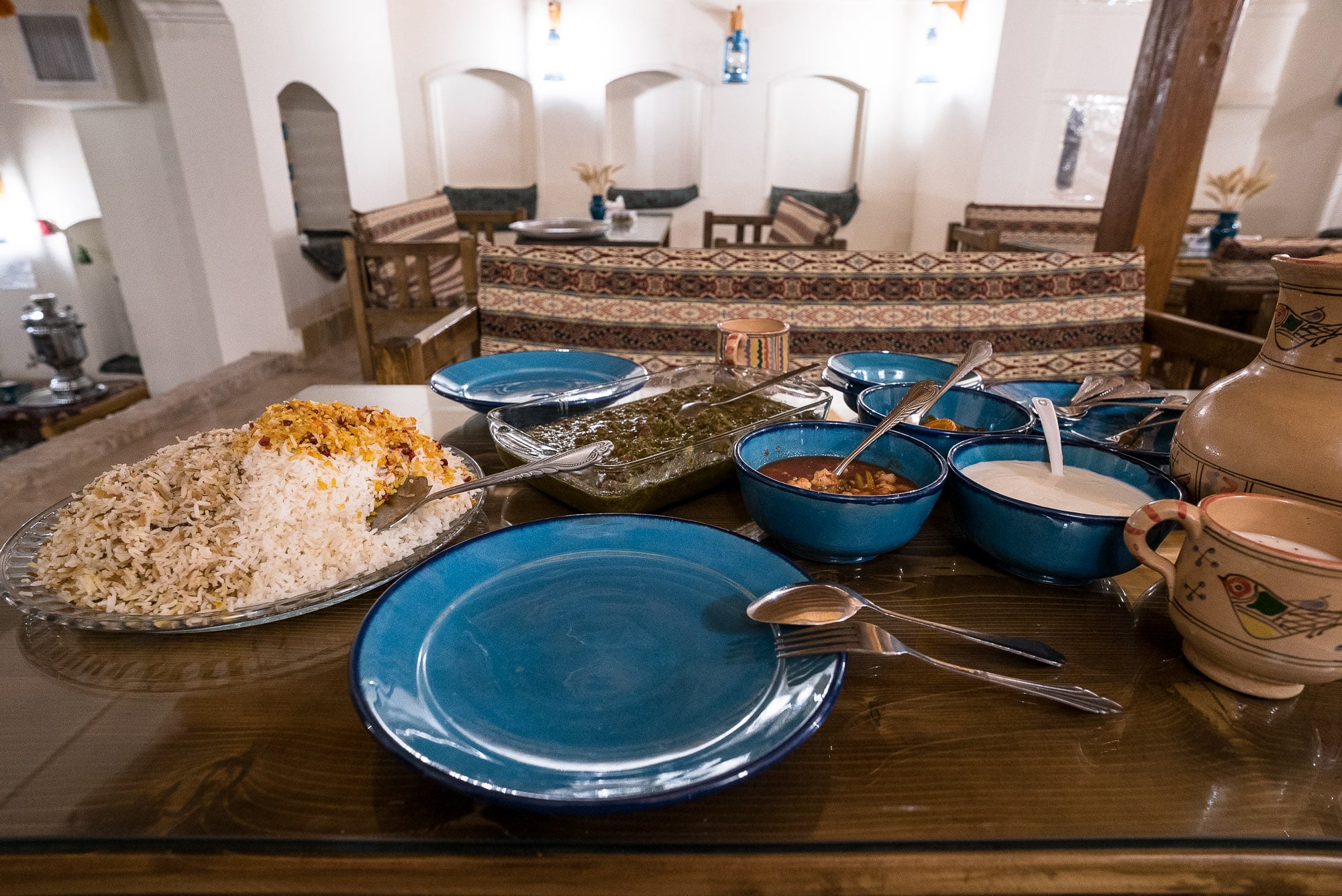 This had been one of the most pleasant walking days ever.