I had gotten a room right next to a hookah bar, a place where people came to smoke the water pipe. They apparently also liked to roam the hallways and do some karaoke in the bar, so it had turned into a rather eventful night.

When I woke up in the morning, everything was black. My room had no windows to the outside, and the electricity was down.

I went outside and looked around. There was a car that looked just how I felt: 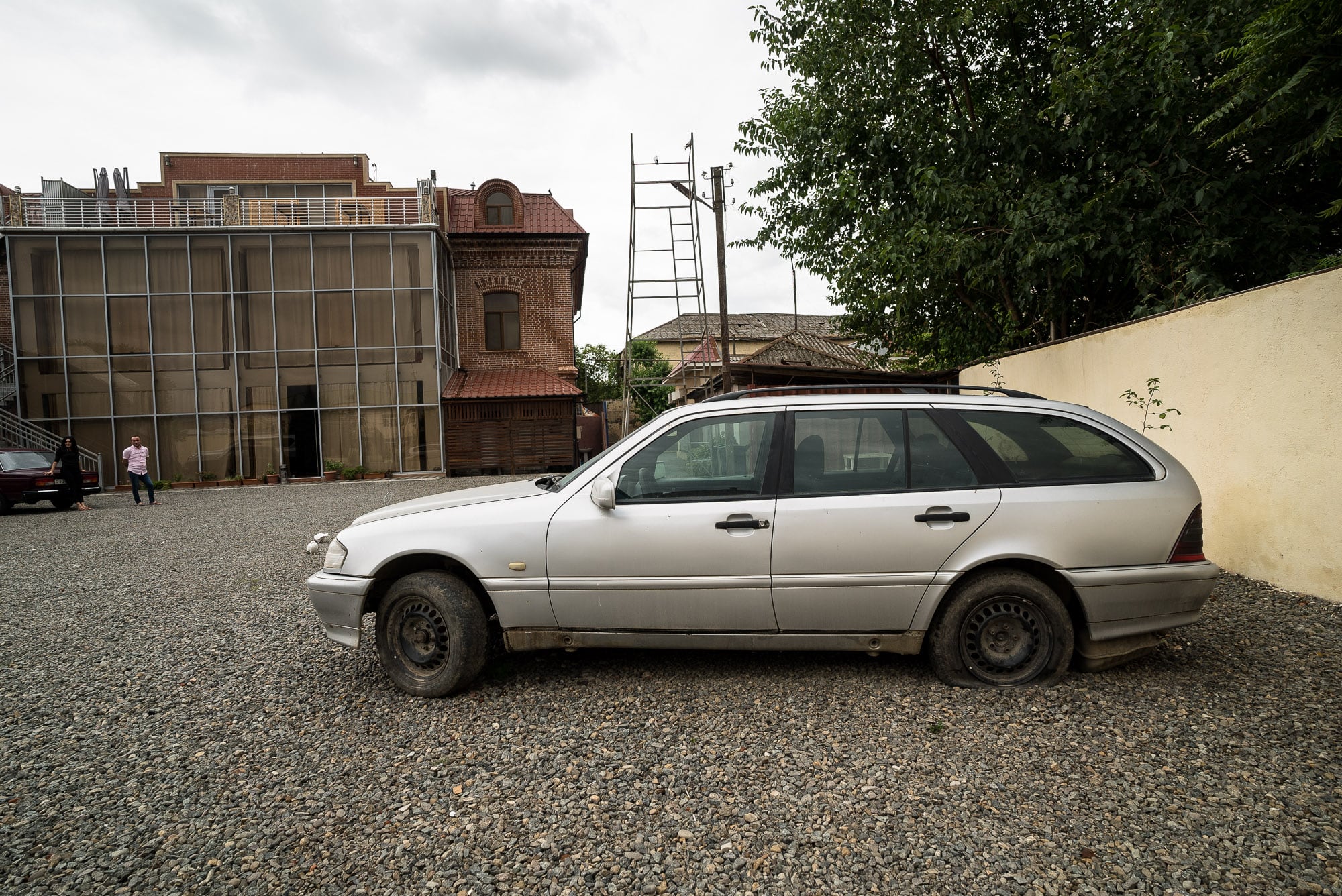 A little beat up, one wheel a bit bad.

My foot seemed to be getting better though.

I got some food and sat on the balcony, looking at the clouds rolling over the small town of Lankaran and into the horizon: 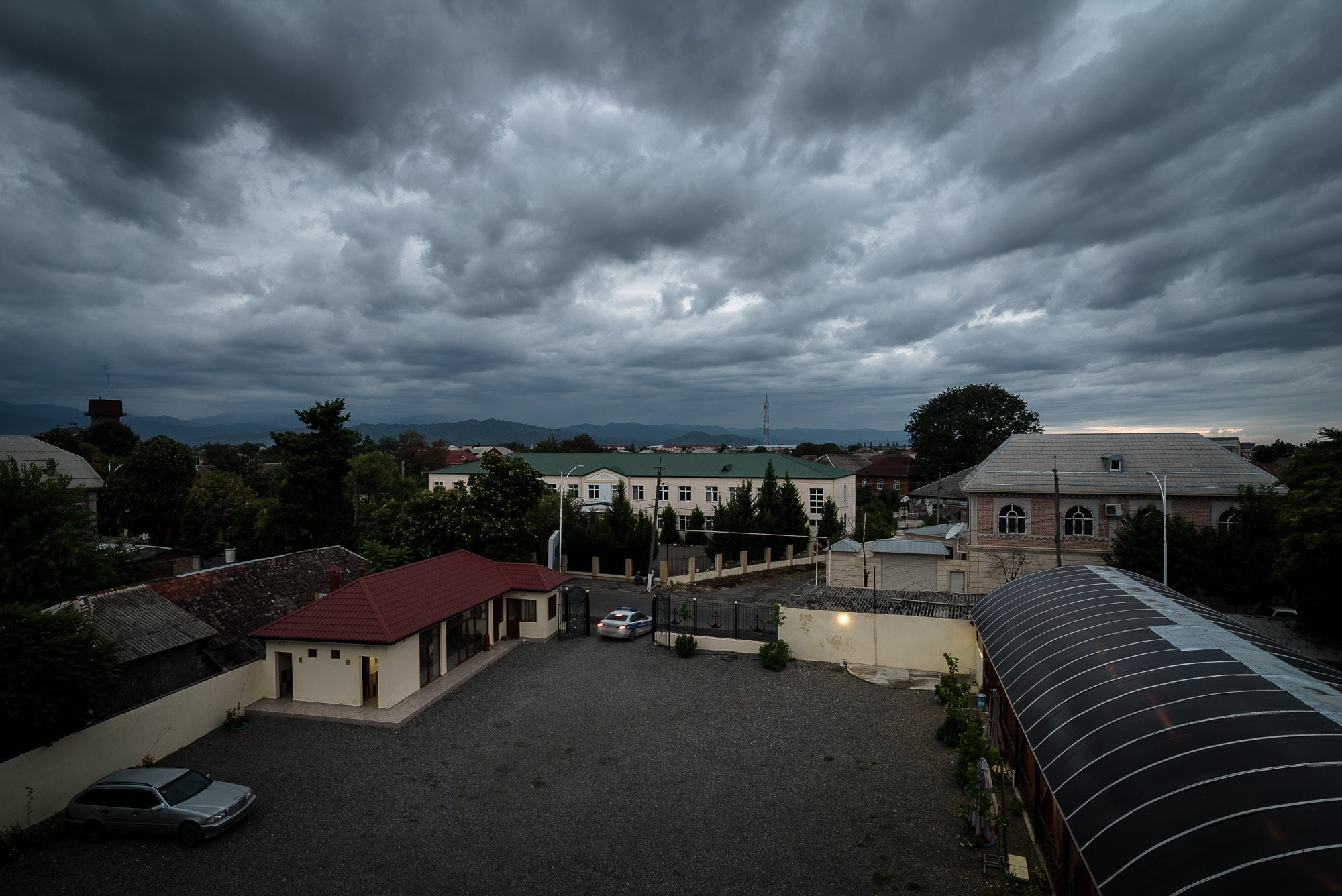 Oh, and I had an expresso and called it that: 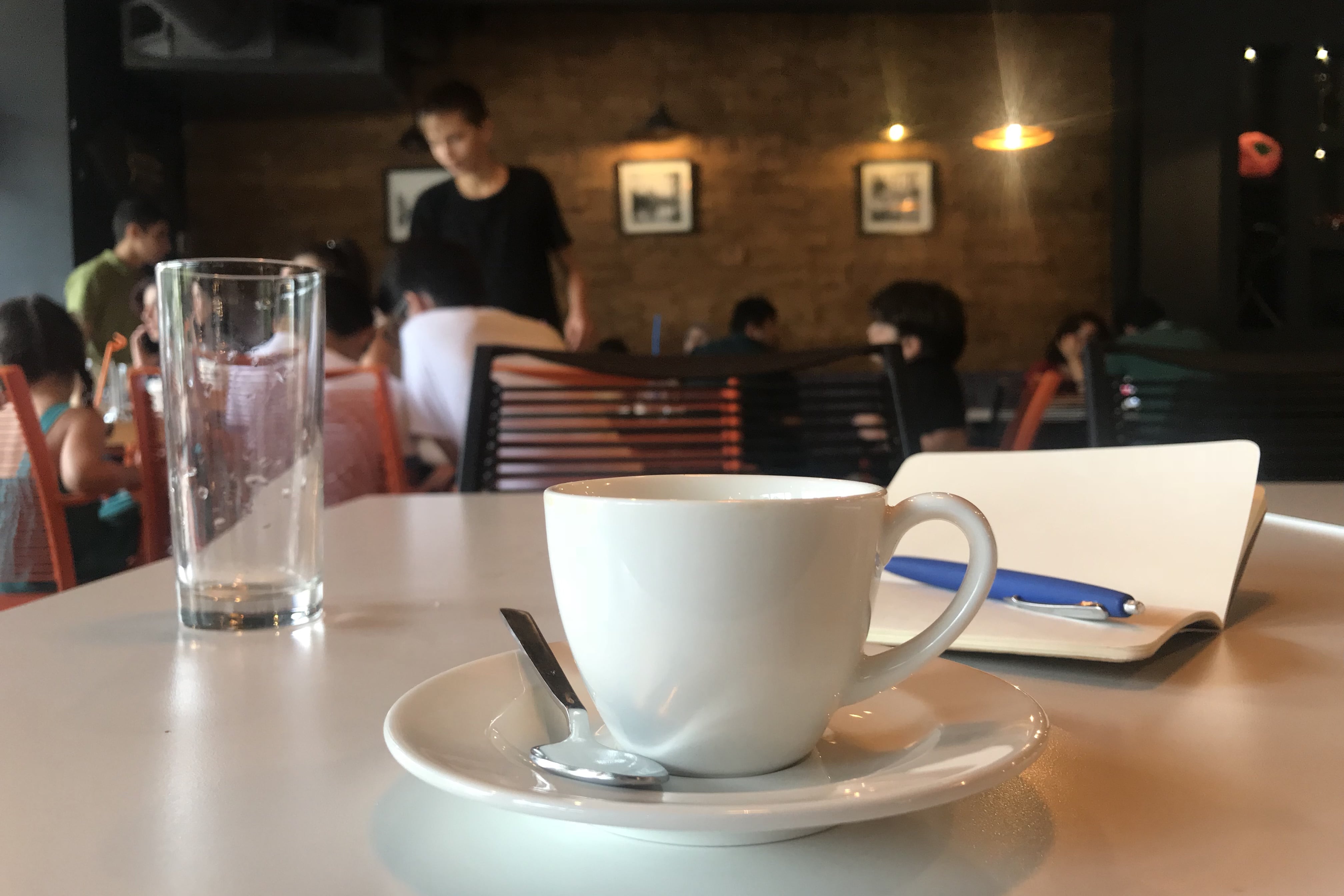