I had stayed in a pensionat right on the Caspian Sea beach, and it had turned out to be awesome: 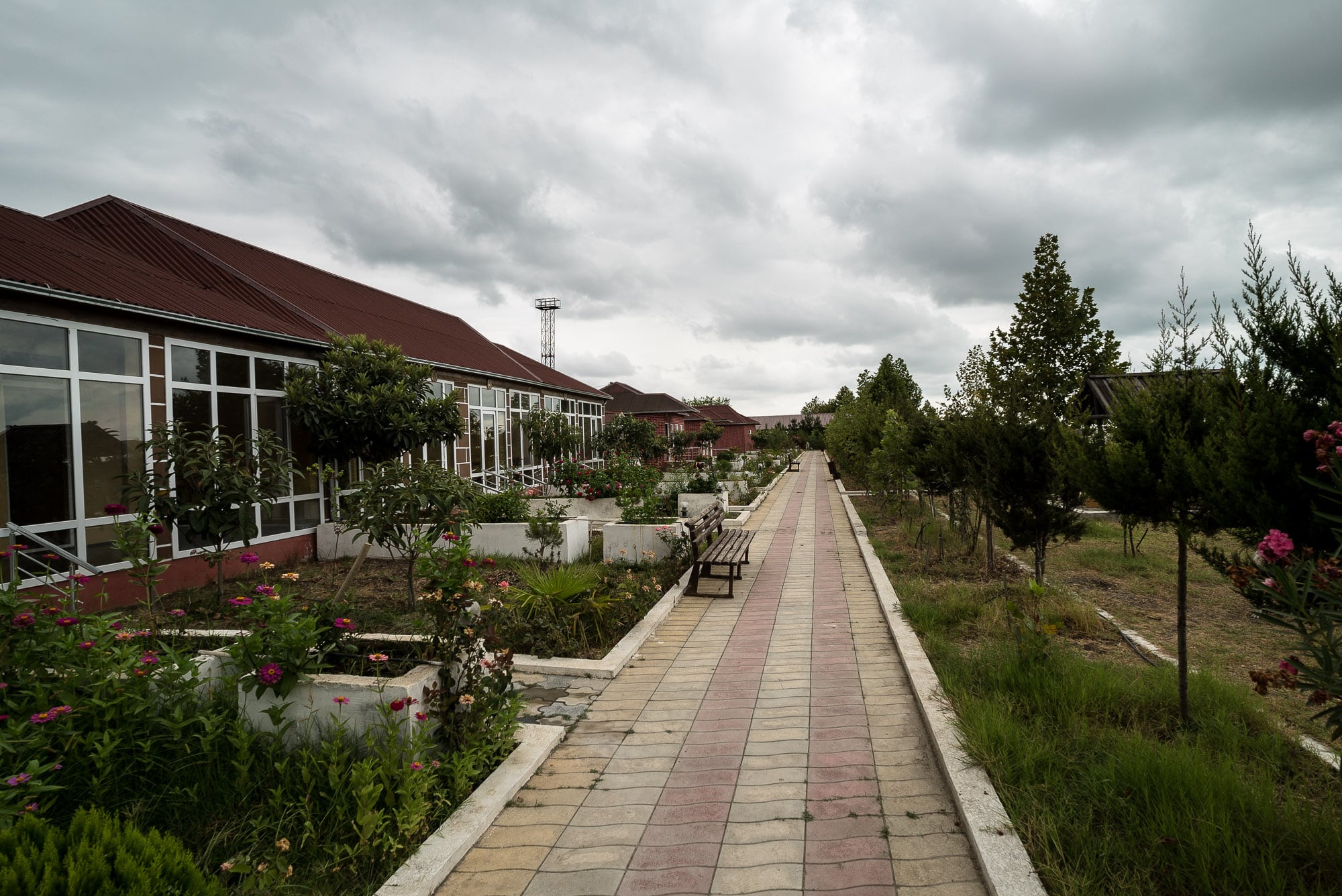 The people were friendly, the rooms were simple and sort of clean, there was a bit of green between them and the beach, and there were little kitten to play with. The whole place was so awesome in fact that I seriously deliberated staying there for another day.

But then, for reasons that arose purely from my intuition, I didn’t. I left. And as I did, I noticed that the sky was getting darker and darker: 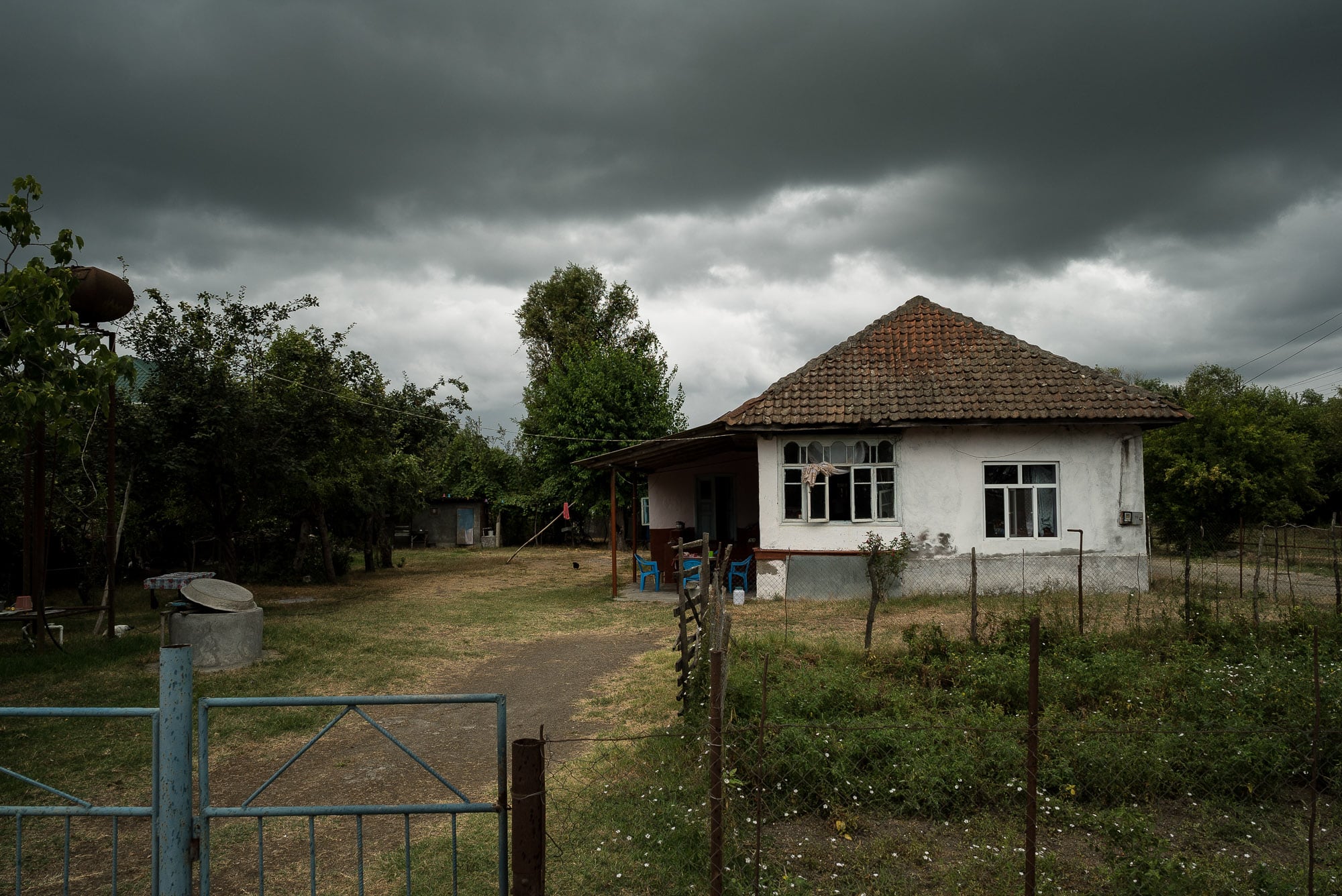 Maybe I had made a mistake?

Either way, the country road seemed pretty nice for now: 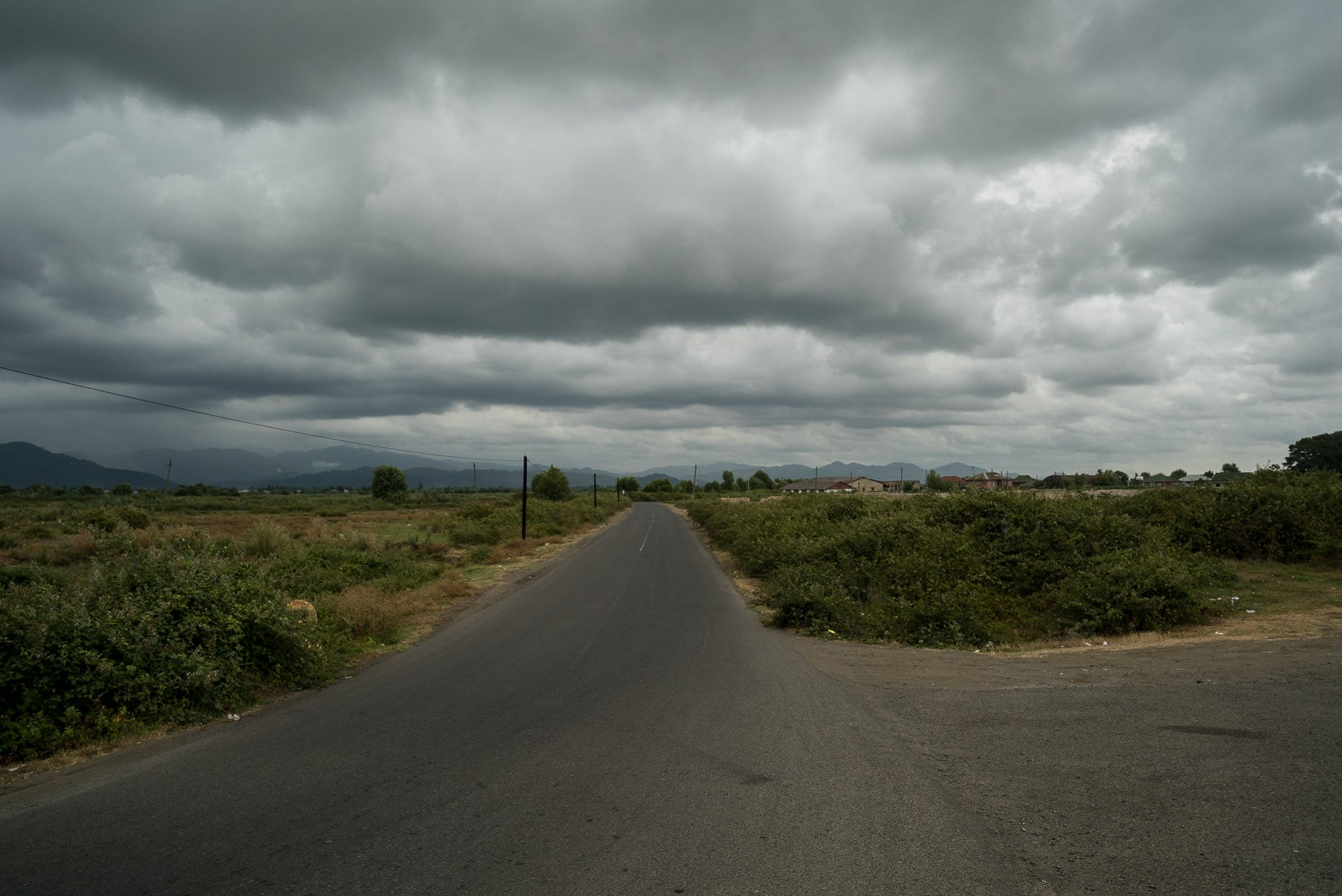 I found a pier: 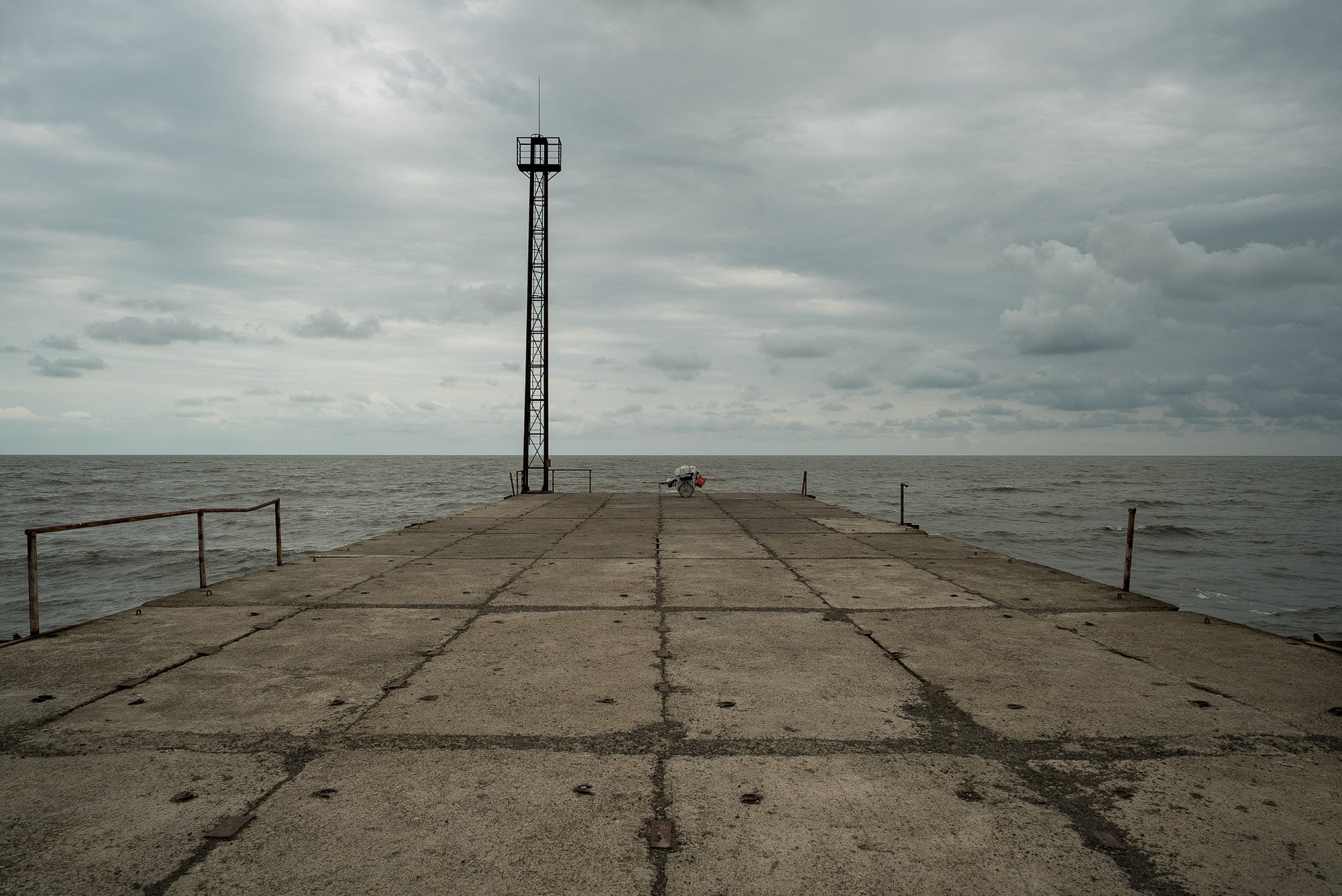 Remember that day in May when I saw the Caspian Sea for the first time? There had been a pier there as well. Only this one was bigger, and there was a surprise right next to it: 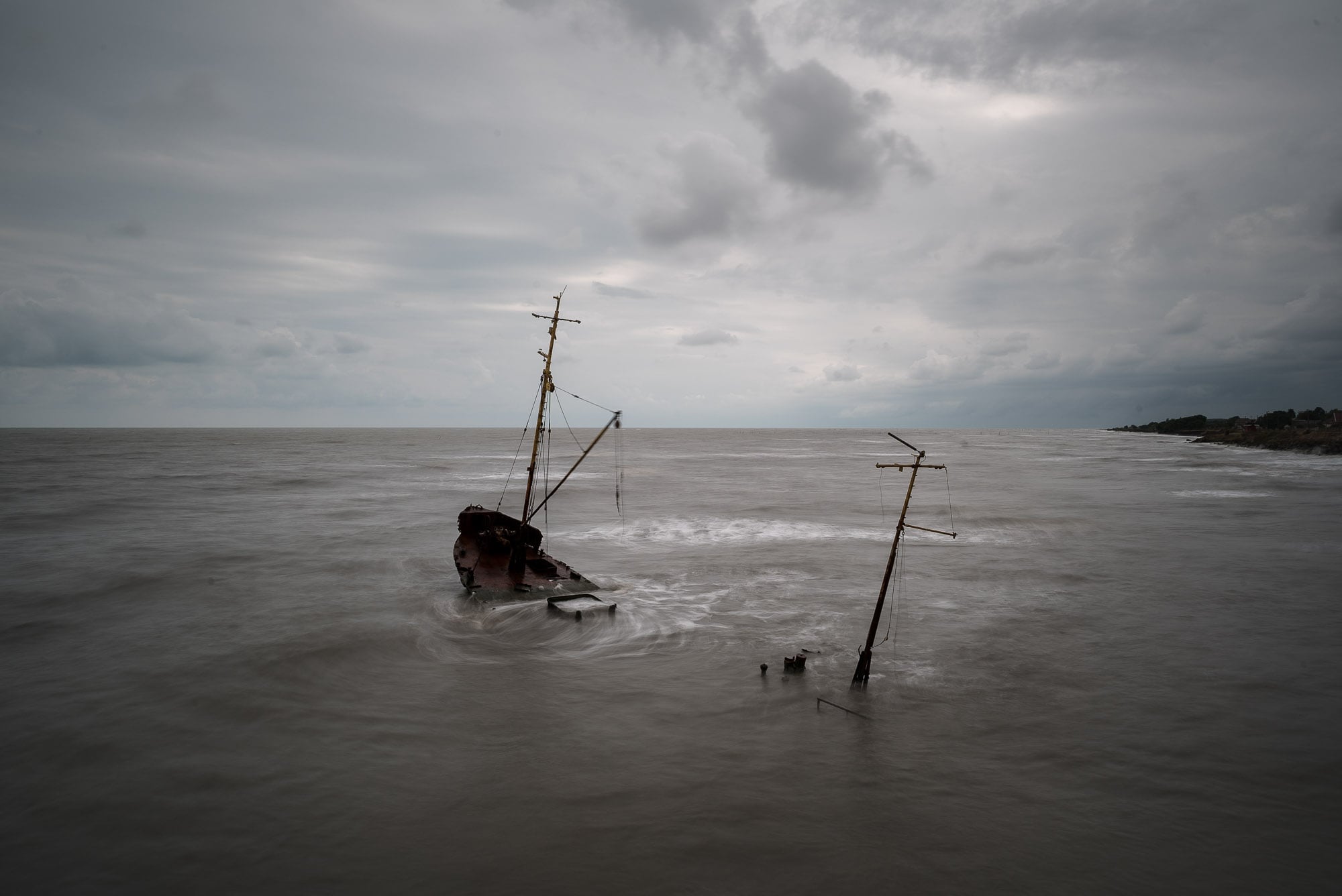 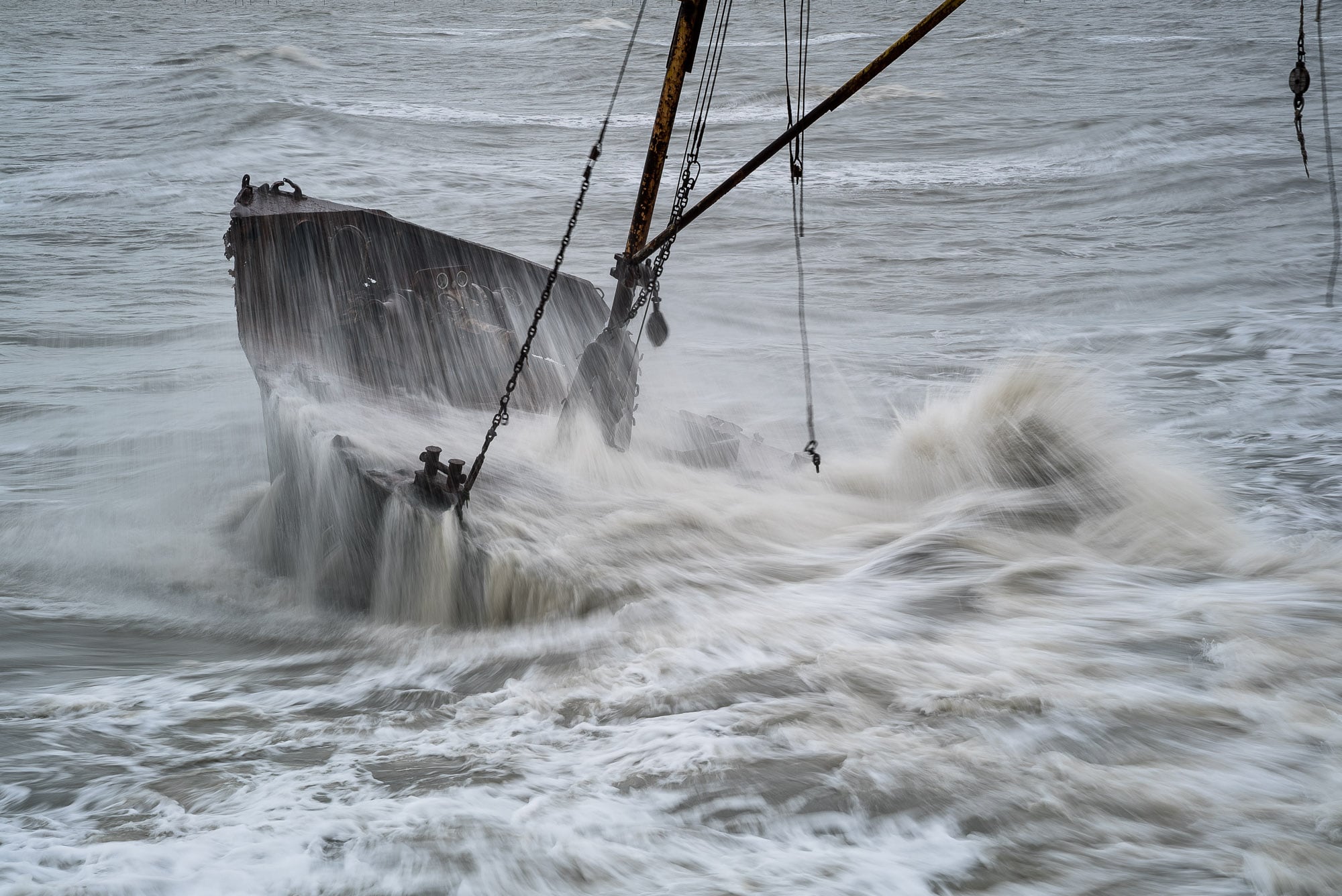 I loved the shit out of it. All of it. It was just too awesome: 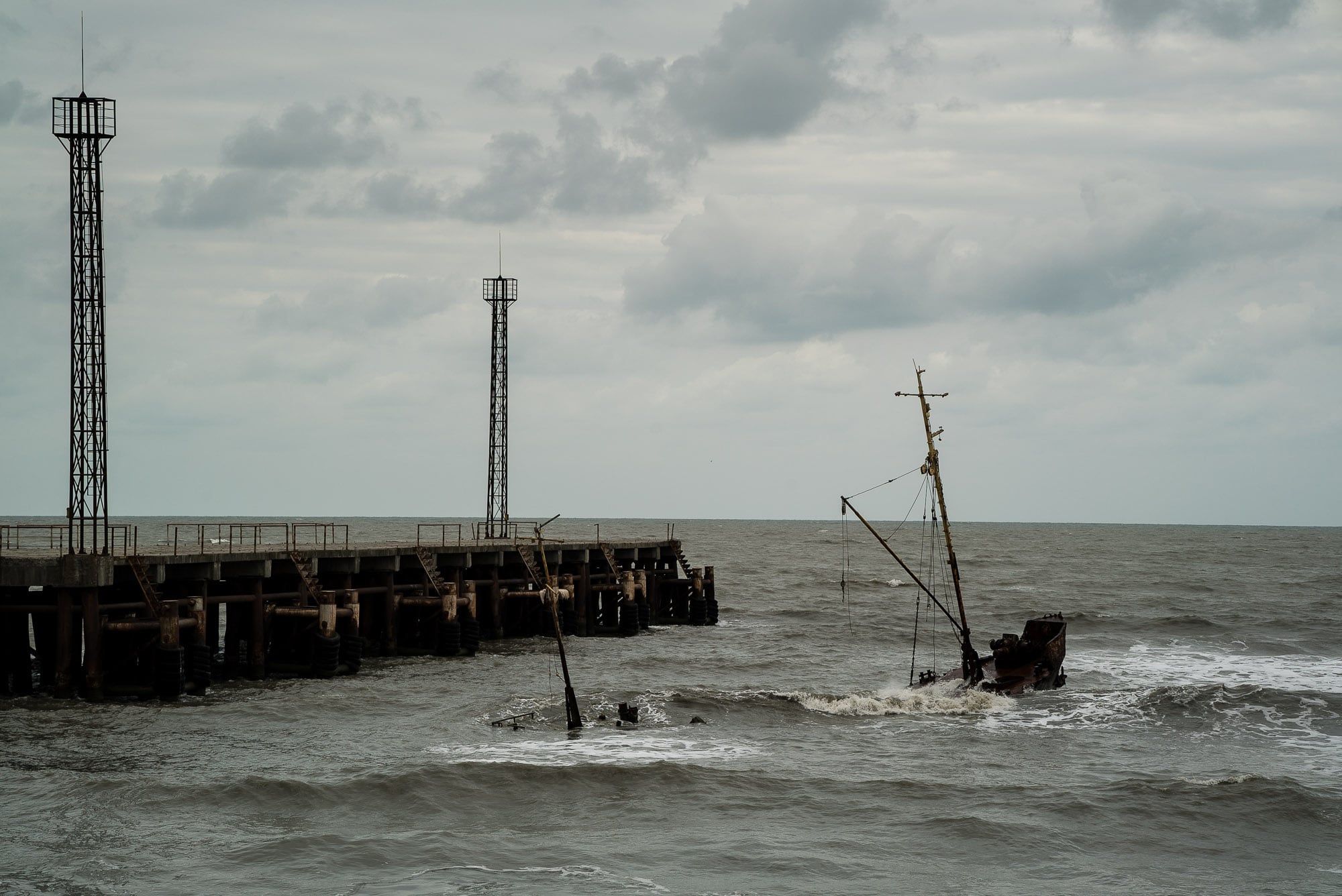 Then I got back on my way. Bought some water in this store where I was advised to try an energy drink called Hell instead: 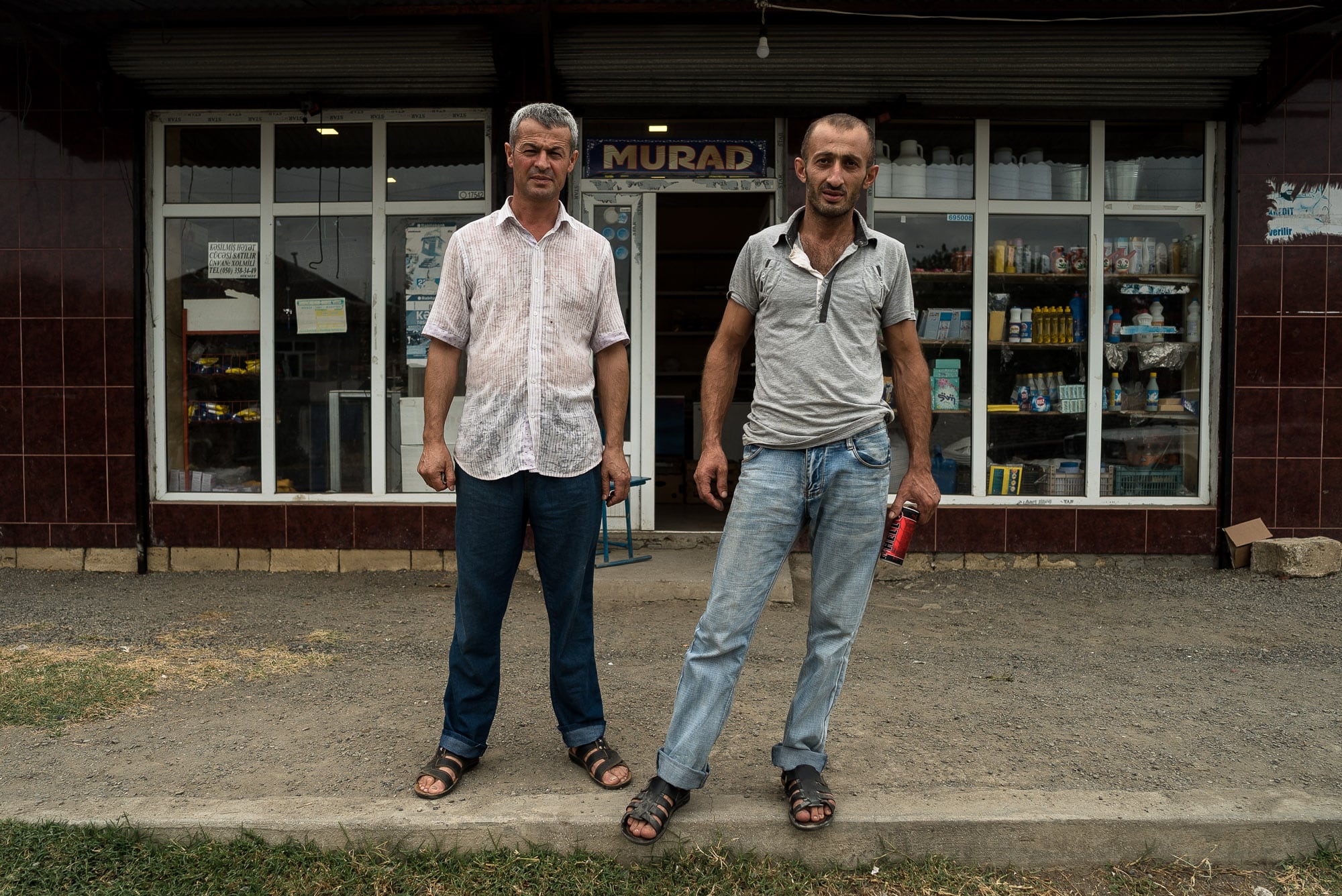 Meanwhile, the sky kept getting darker and darker: 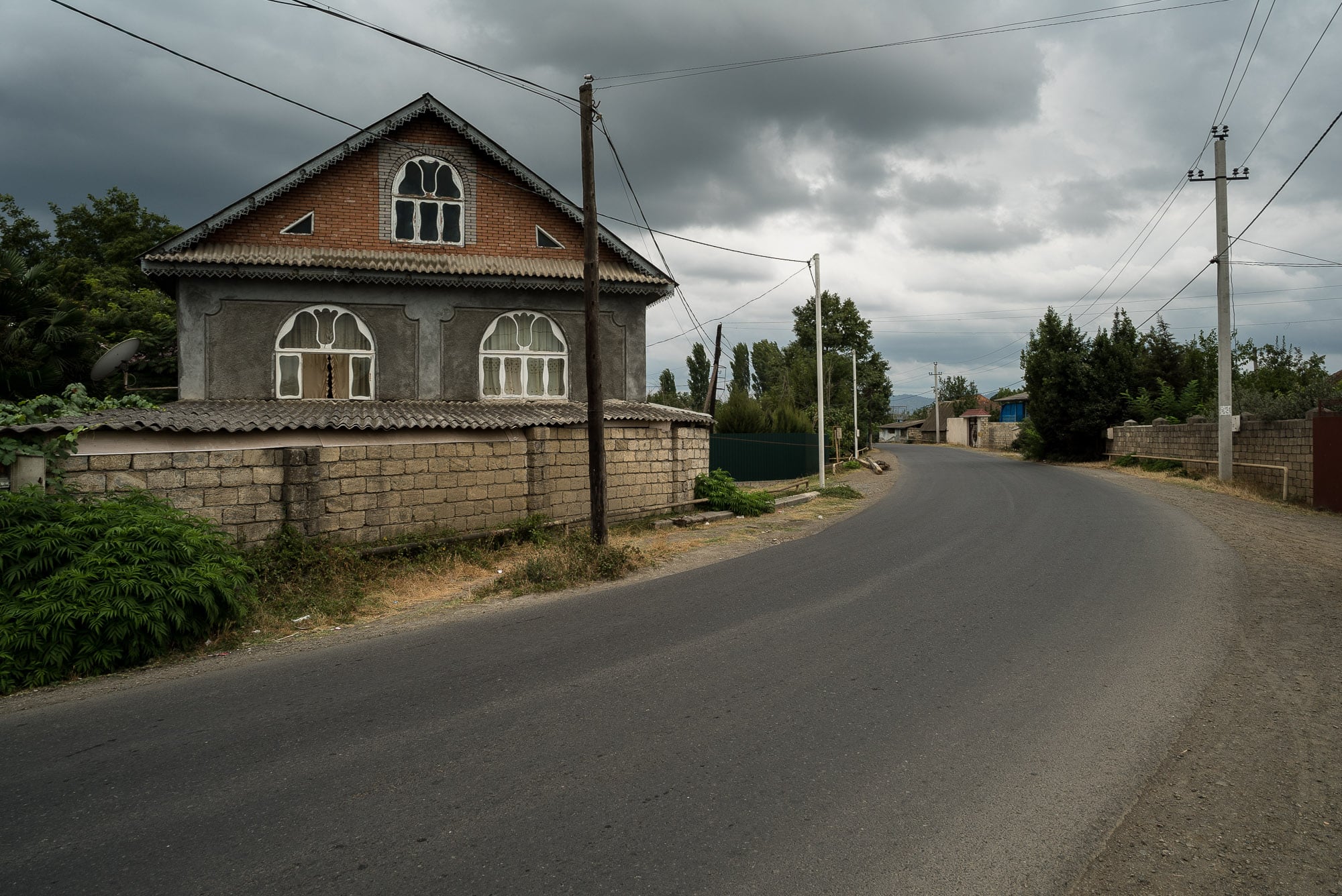 These two dudes gave me a few pears from their pear tree: 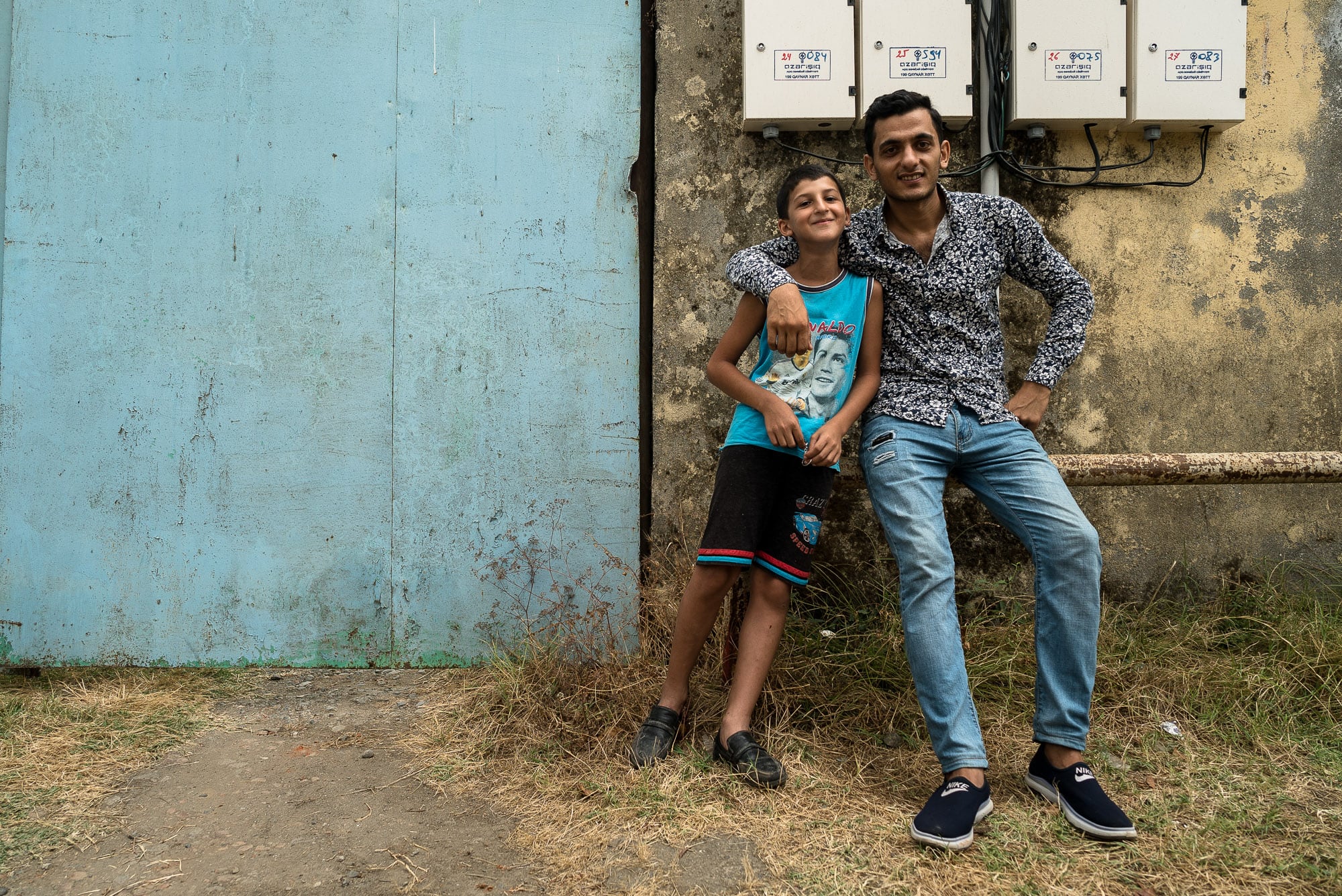 And I kept noticing these big houses on the way: 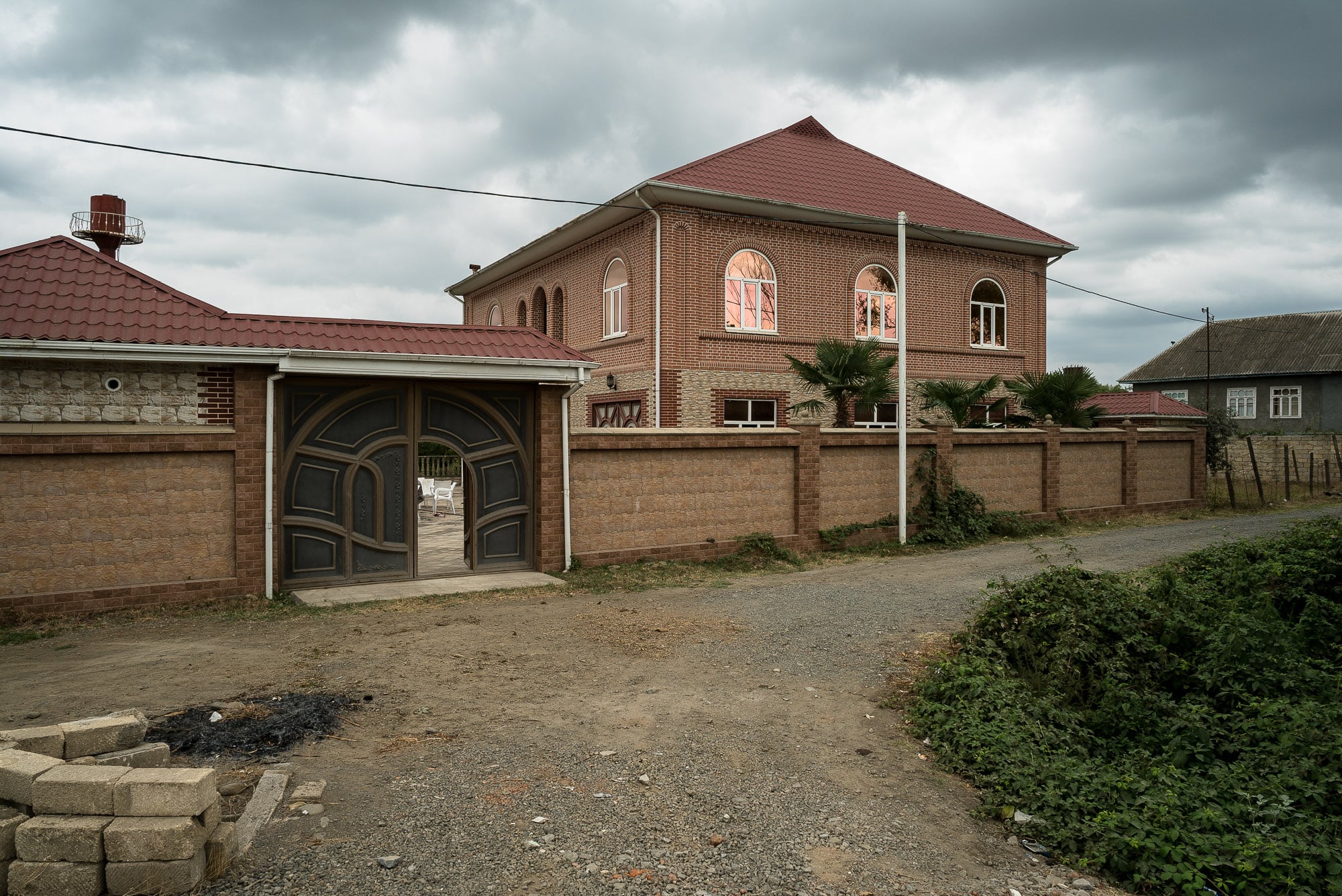 People told me they belonged to rich people from Baku or to locals who had moved abroad and only came back for the holidays.

I saw my first presidential billboard: 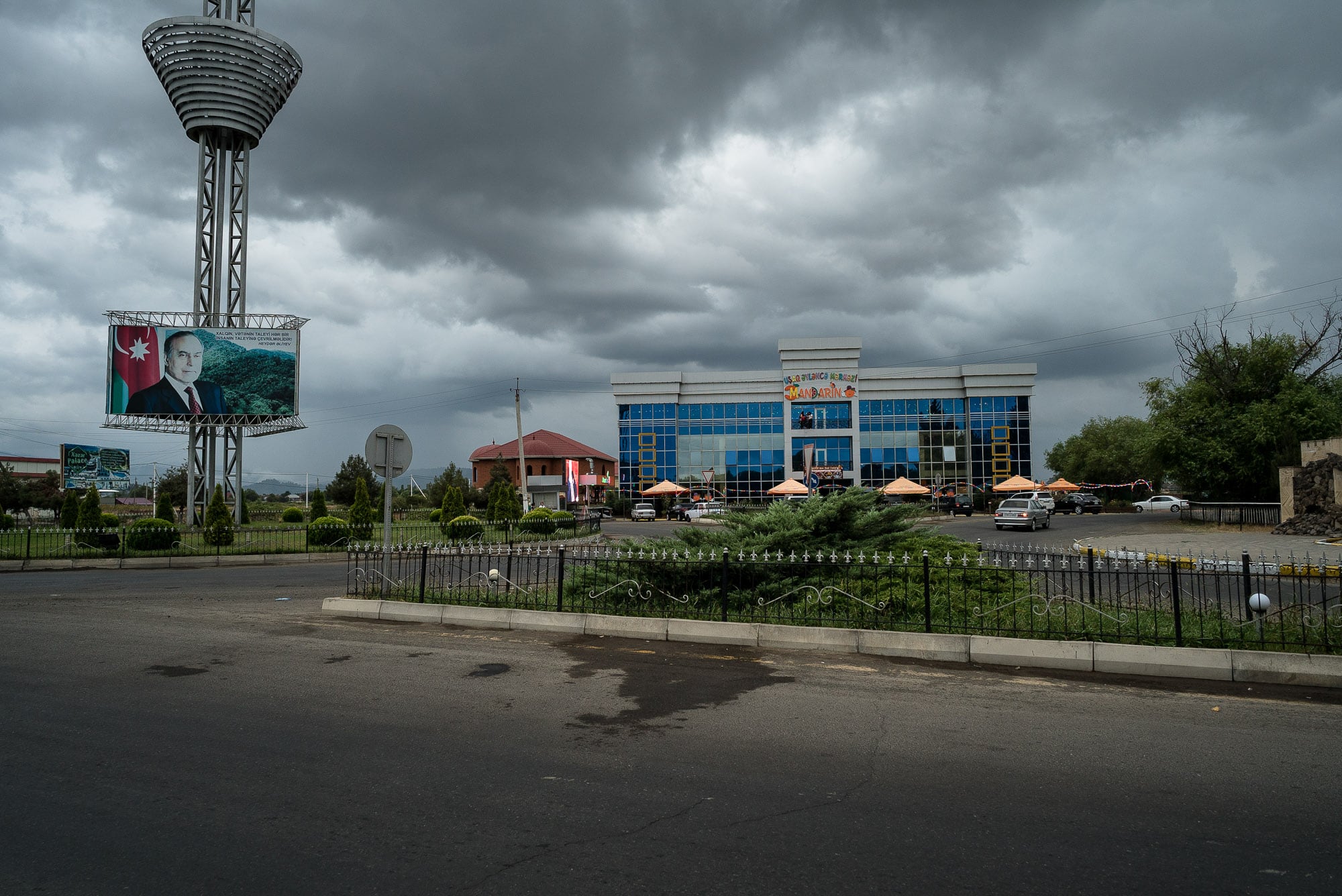 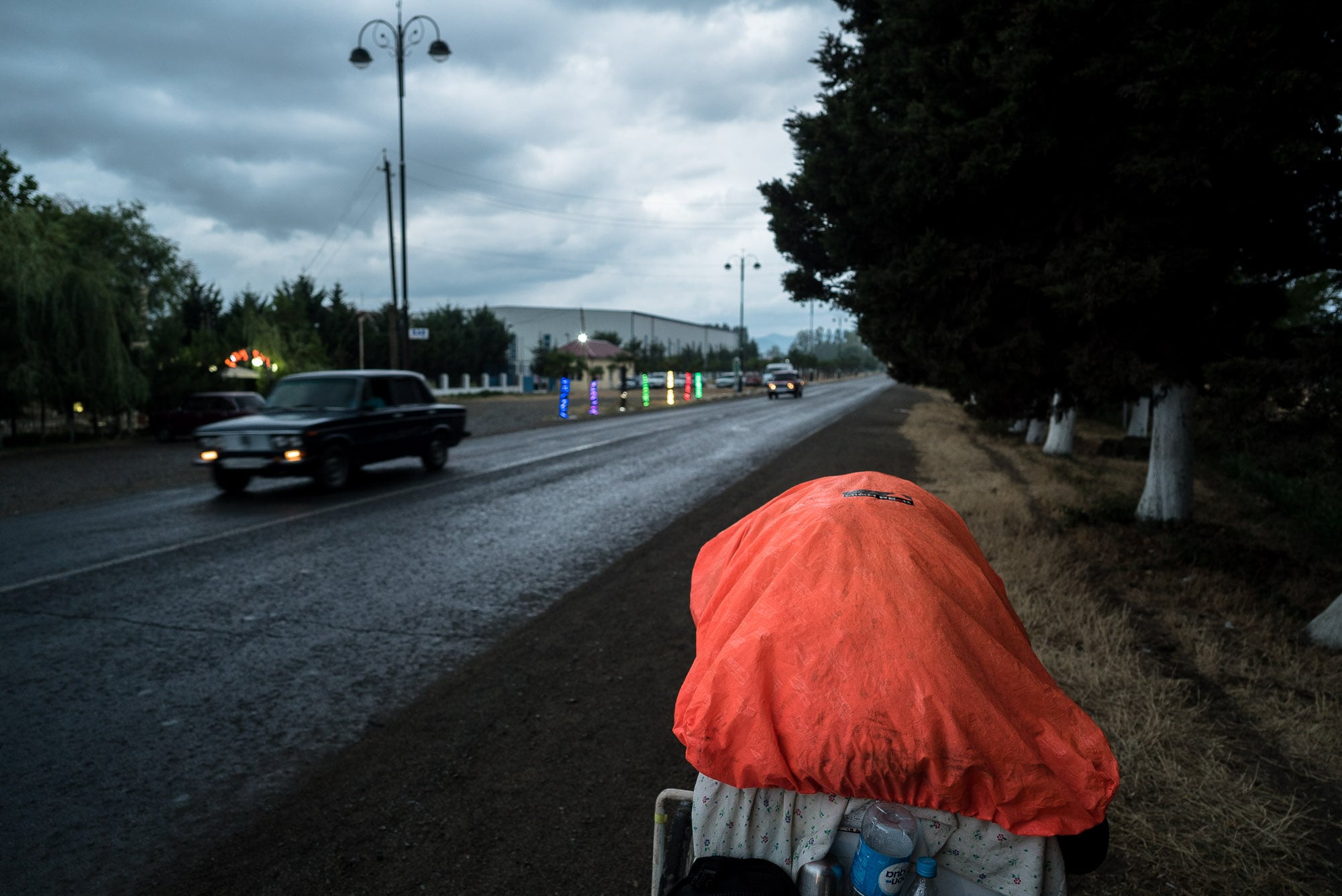 And then it started really coming down: 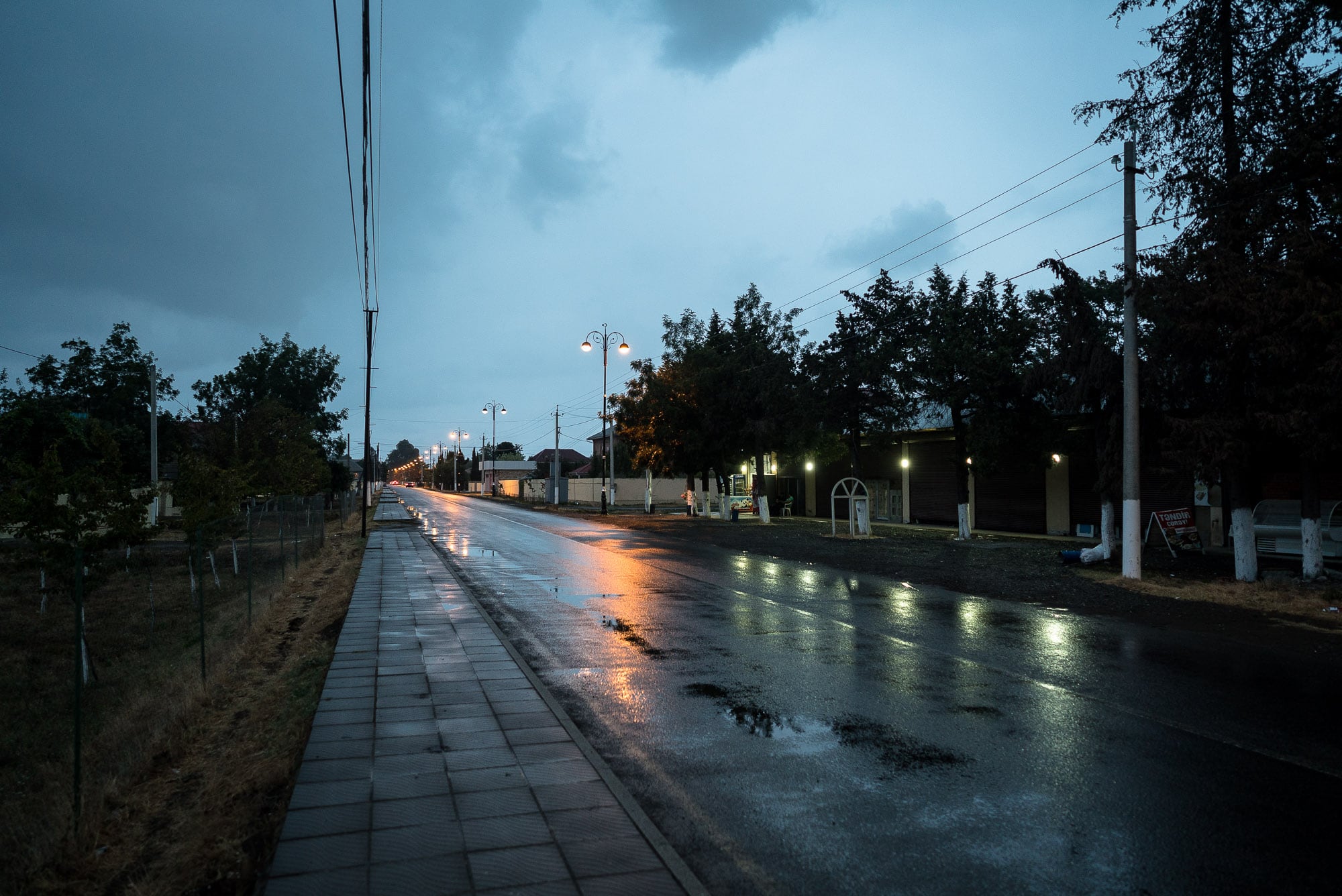 I hated it, but what could I do? Right. I just kept on walking, hoping to find a guesthouse in the city of Lankaran.

On the way there, I crossed a park. It was dedicated to the former President, and there was a statue of him that seemed fairly new: 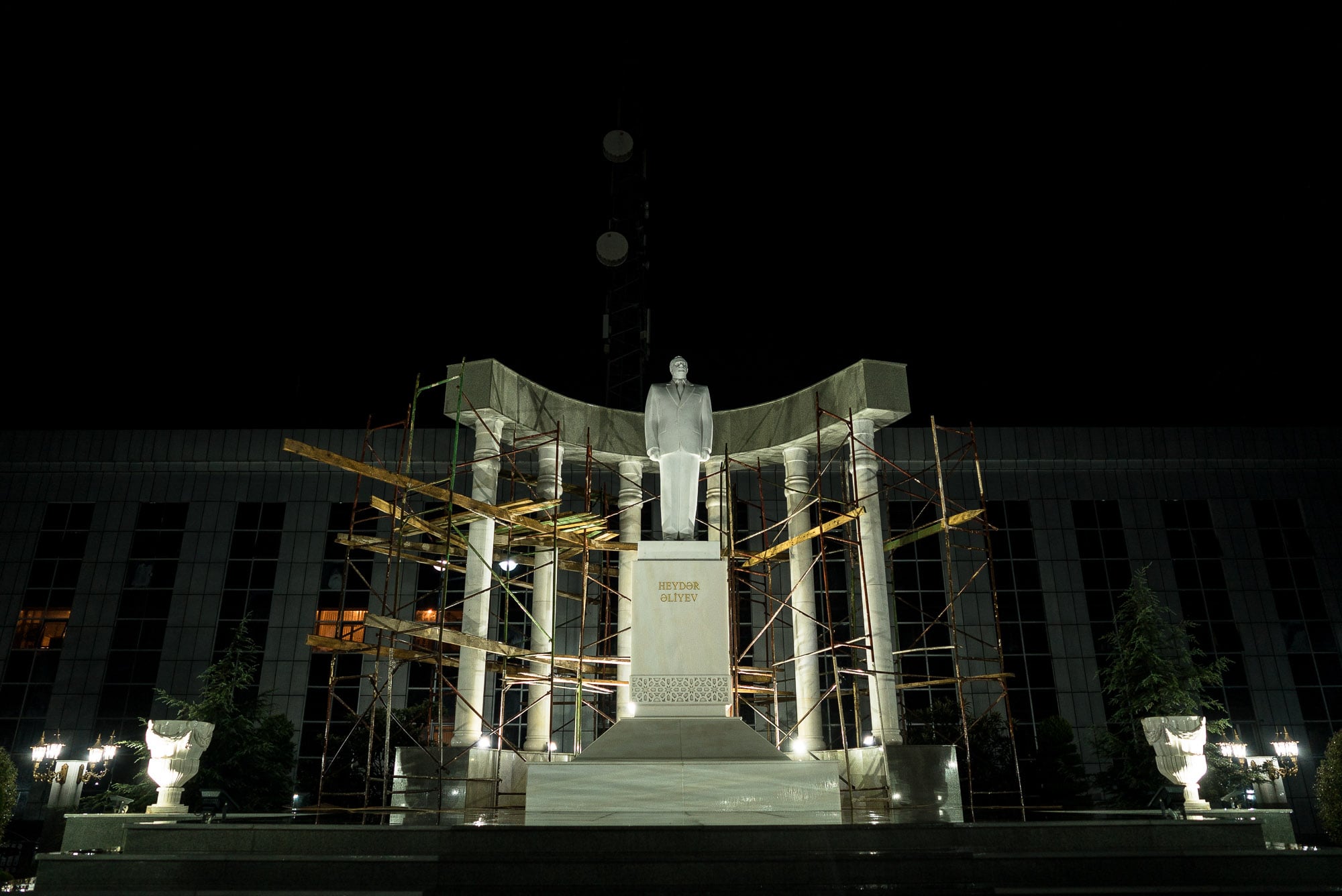 Day 1198
from Siyavar to Lankaran