I don’t know why people say blue when they mean sad. I think of blue water, blue flowers, and the blue sky. When I stepped out of the door this morning, the sky was of a light and friendly blue: 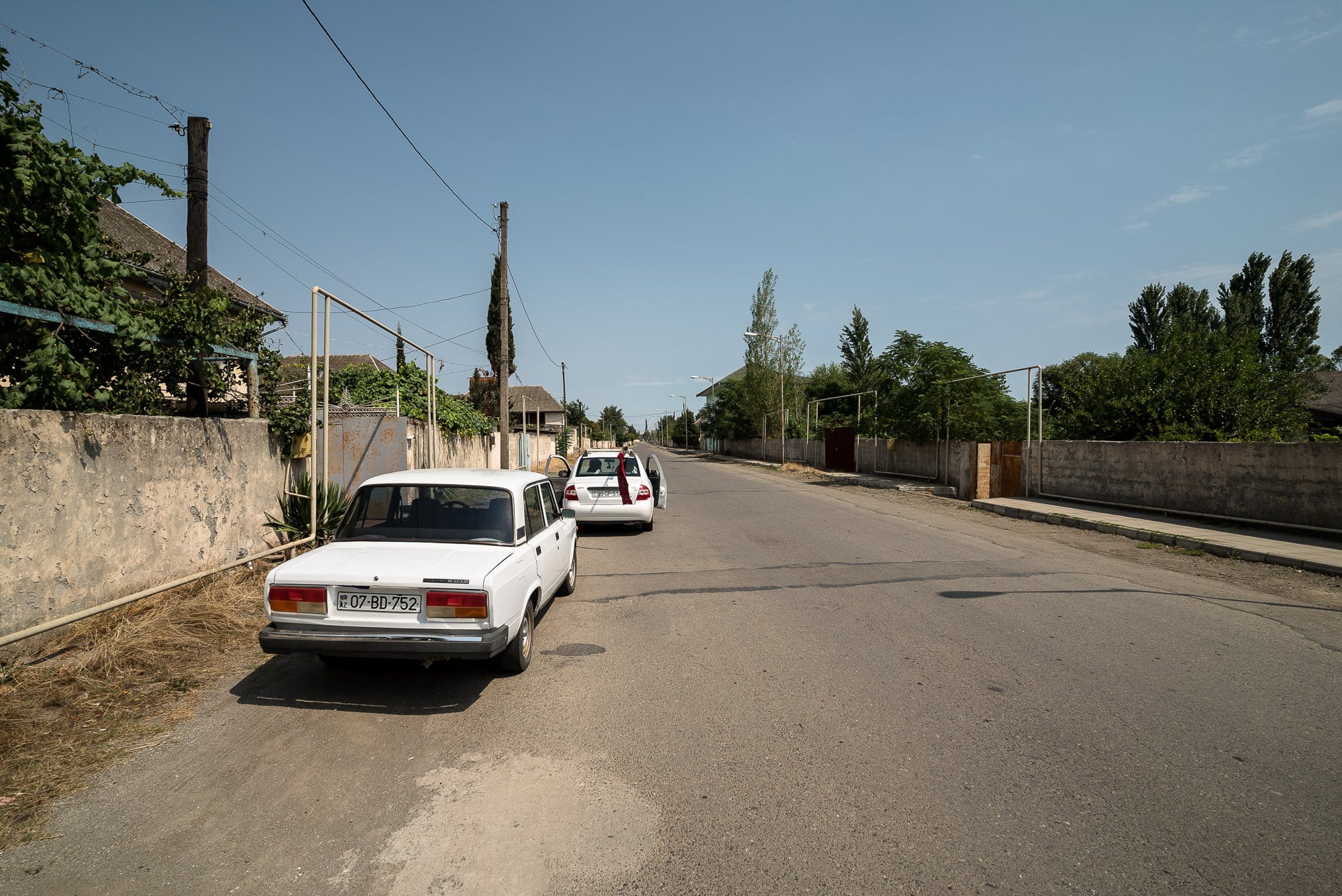 The road was very quiet: 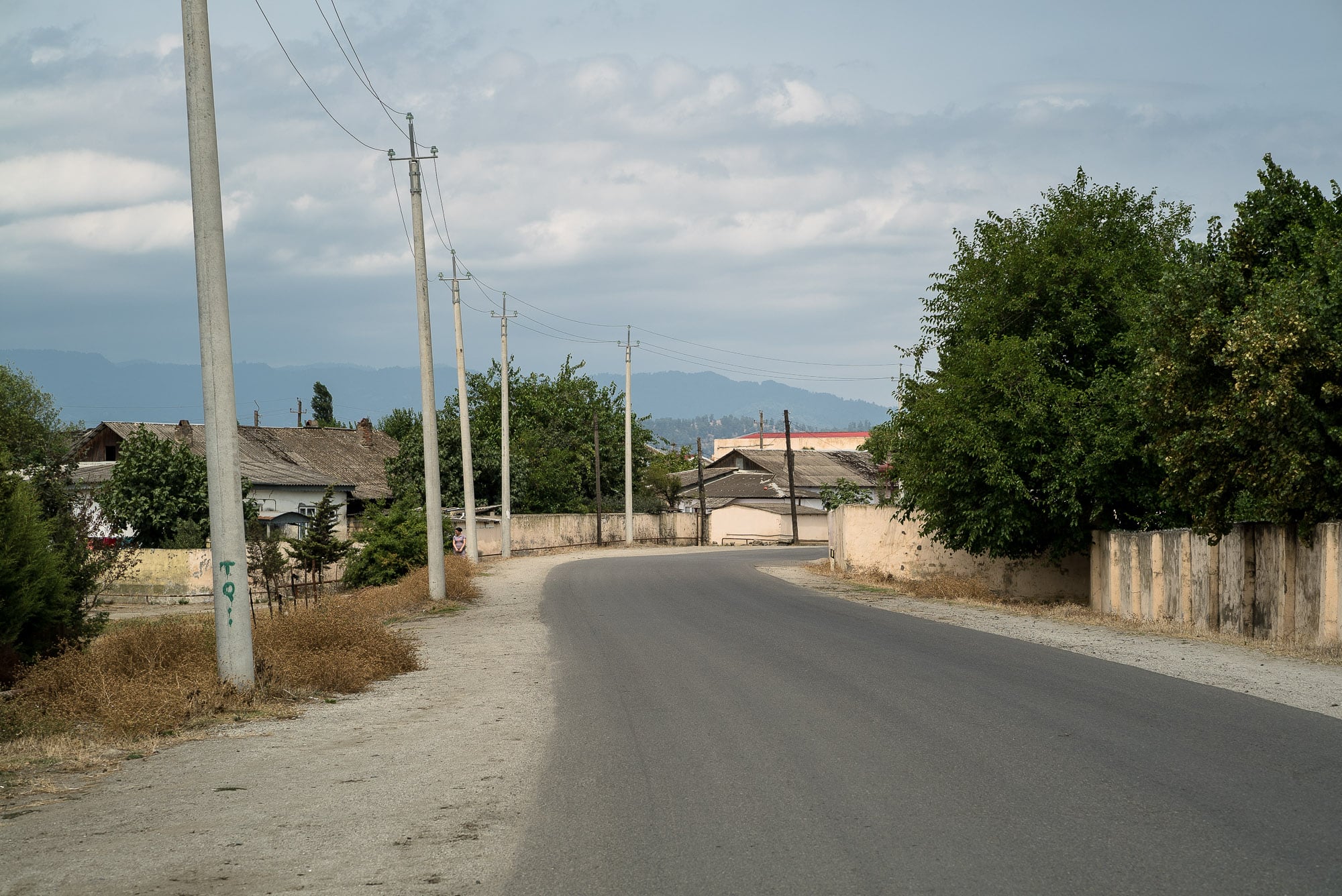 I passed a beauty salon: 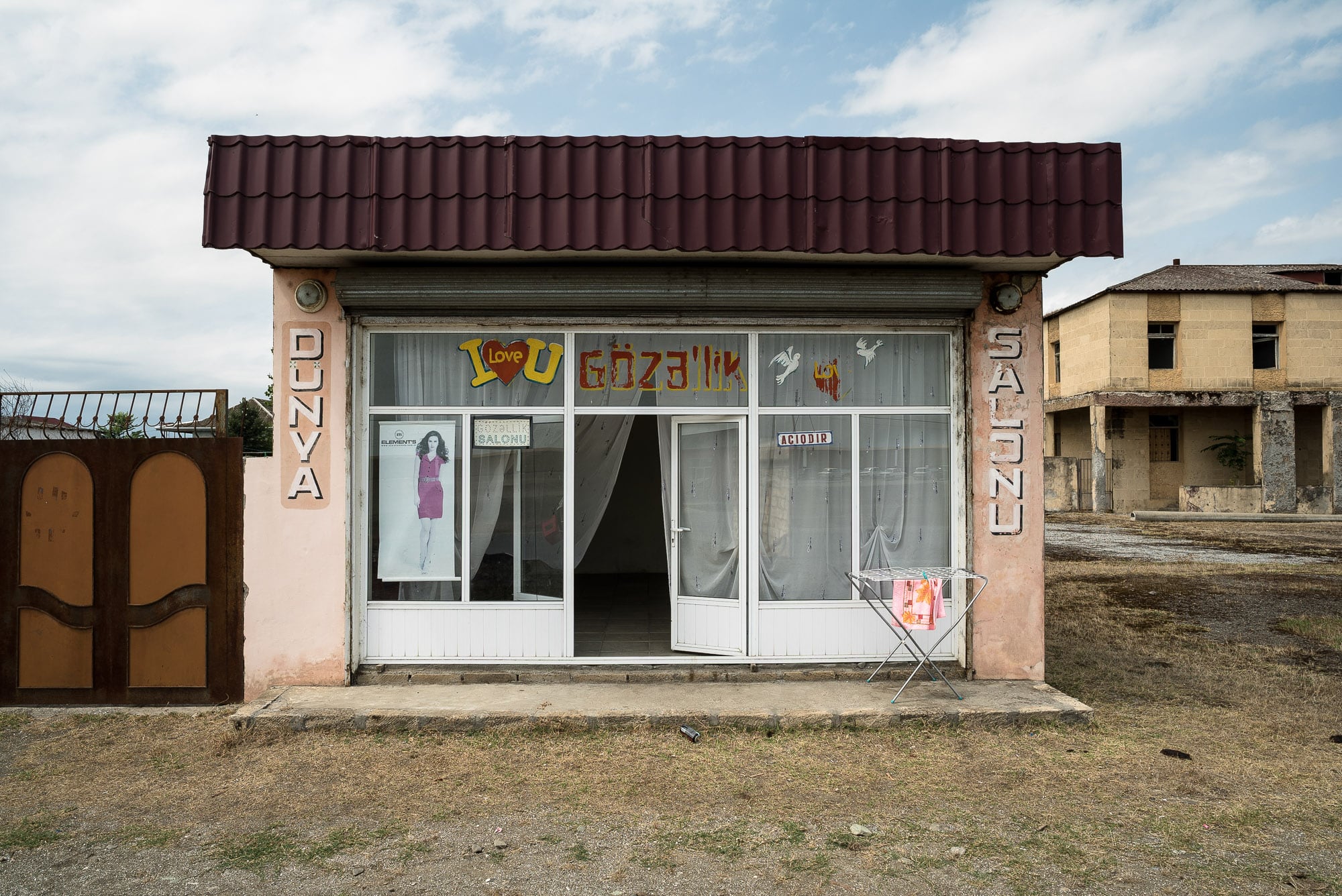 And I passed my first mosque in Azerbaijan: 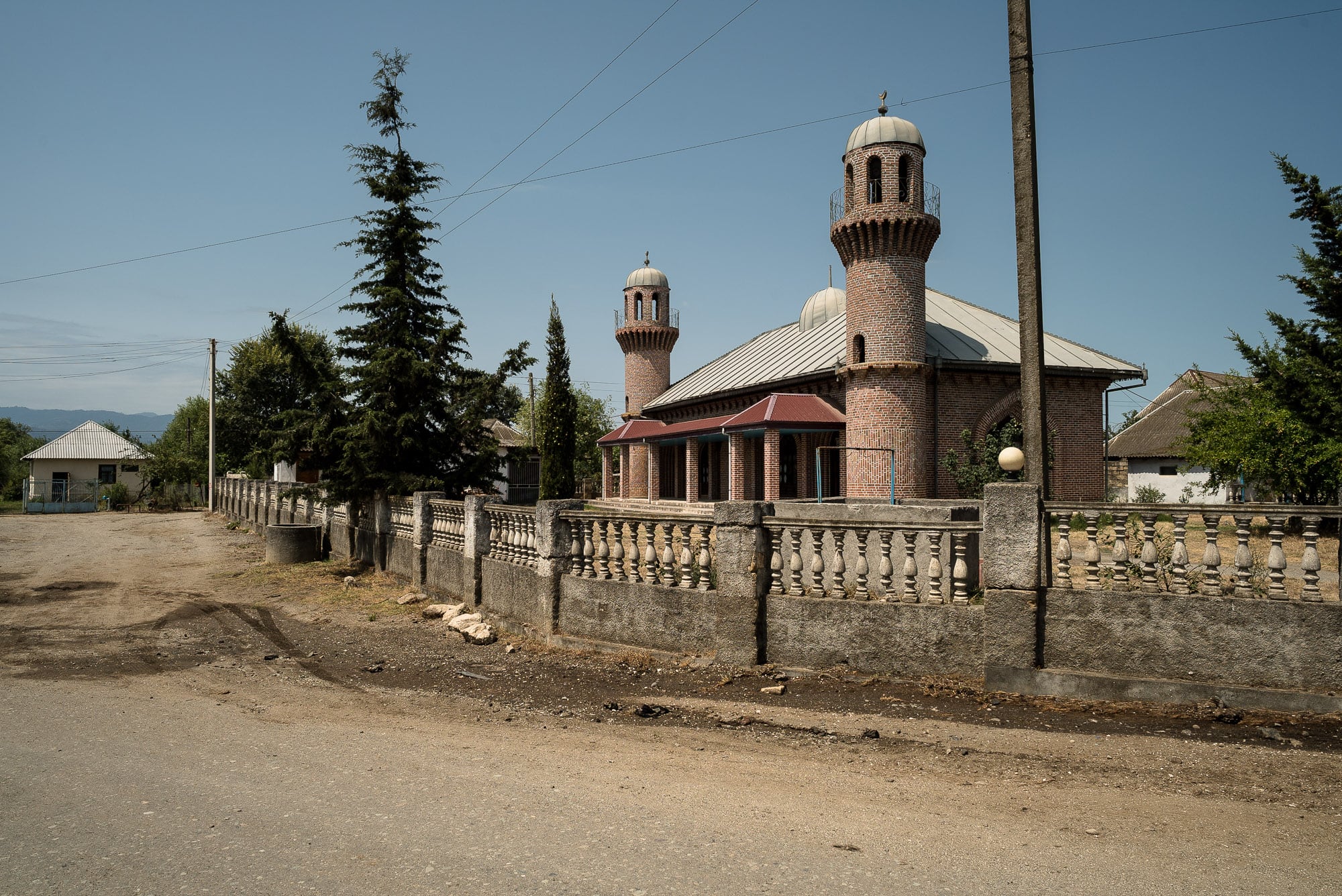 The Caspian Sea was never far. In fact most of the time it was behind these train tracks: 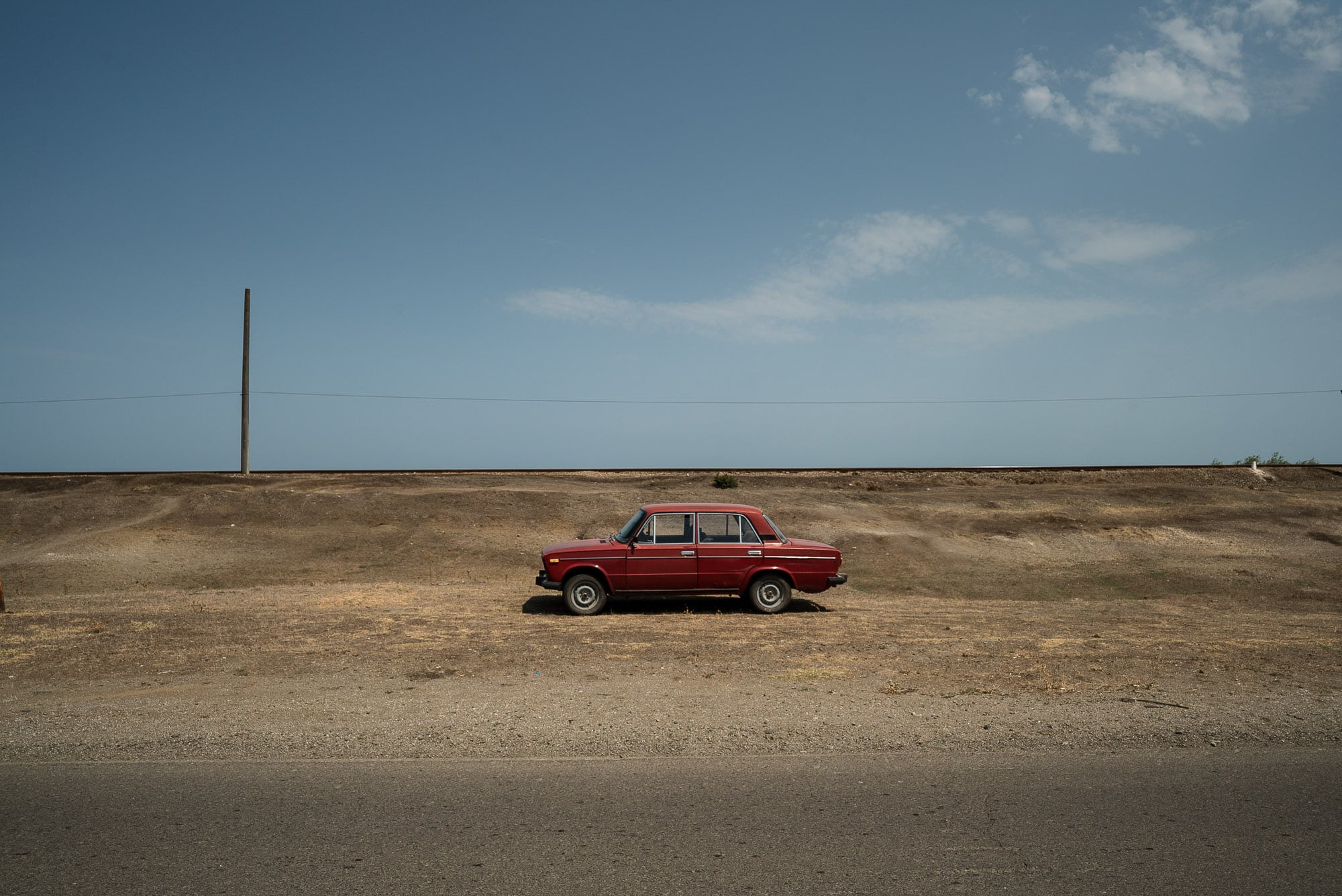 One time I ran into a group of horses, one of which seemed to be either sick or extremely lazy: 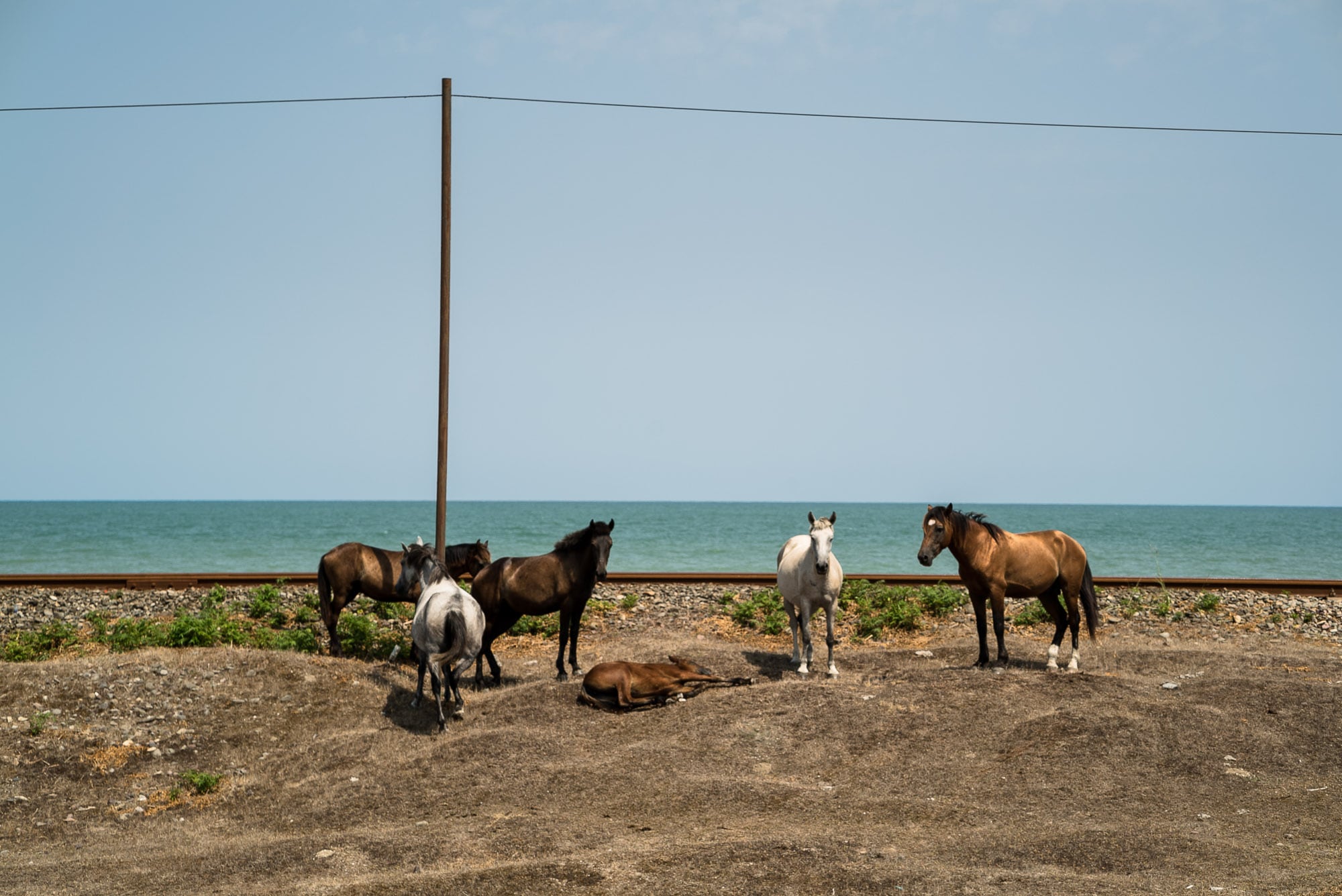 The other horses seemed to be concerned, so I figured that one was probably sick.

Then I met this couple from France: 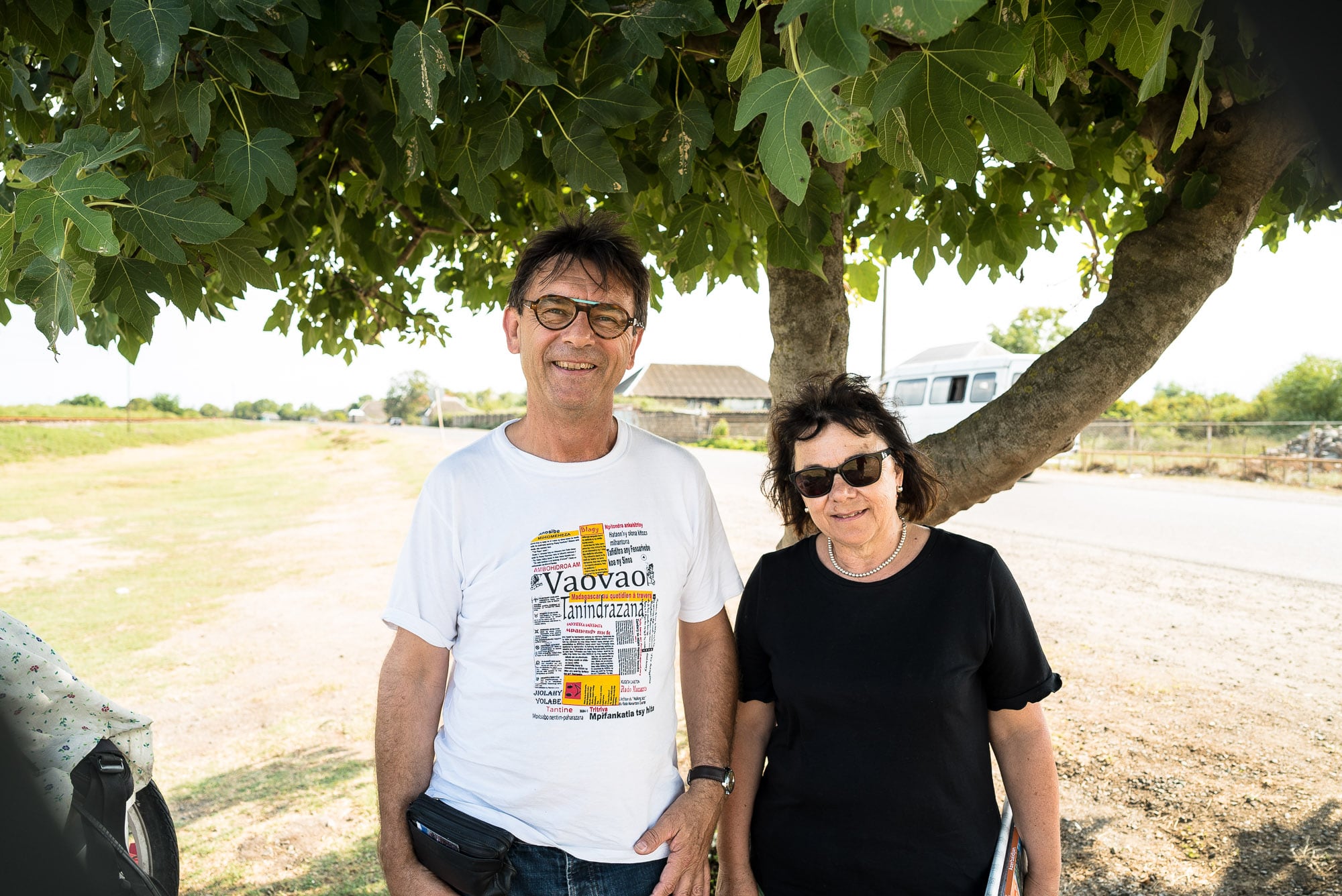 They spent weeks riding their car through Turkey and the Caucasus. We had a lot to talk about, and we spent some time studying maps. Actual large, torn, paper maps.

These guys asked me what I was doing, then they proceeded to eat some of the raisins and nuts I had brought in a plastic bag from Iran: 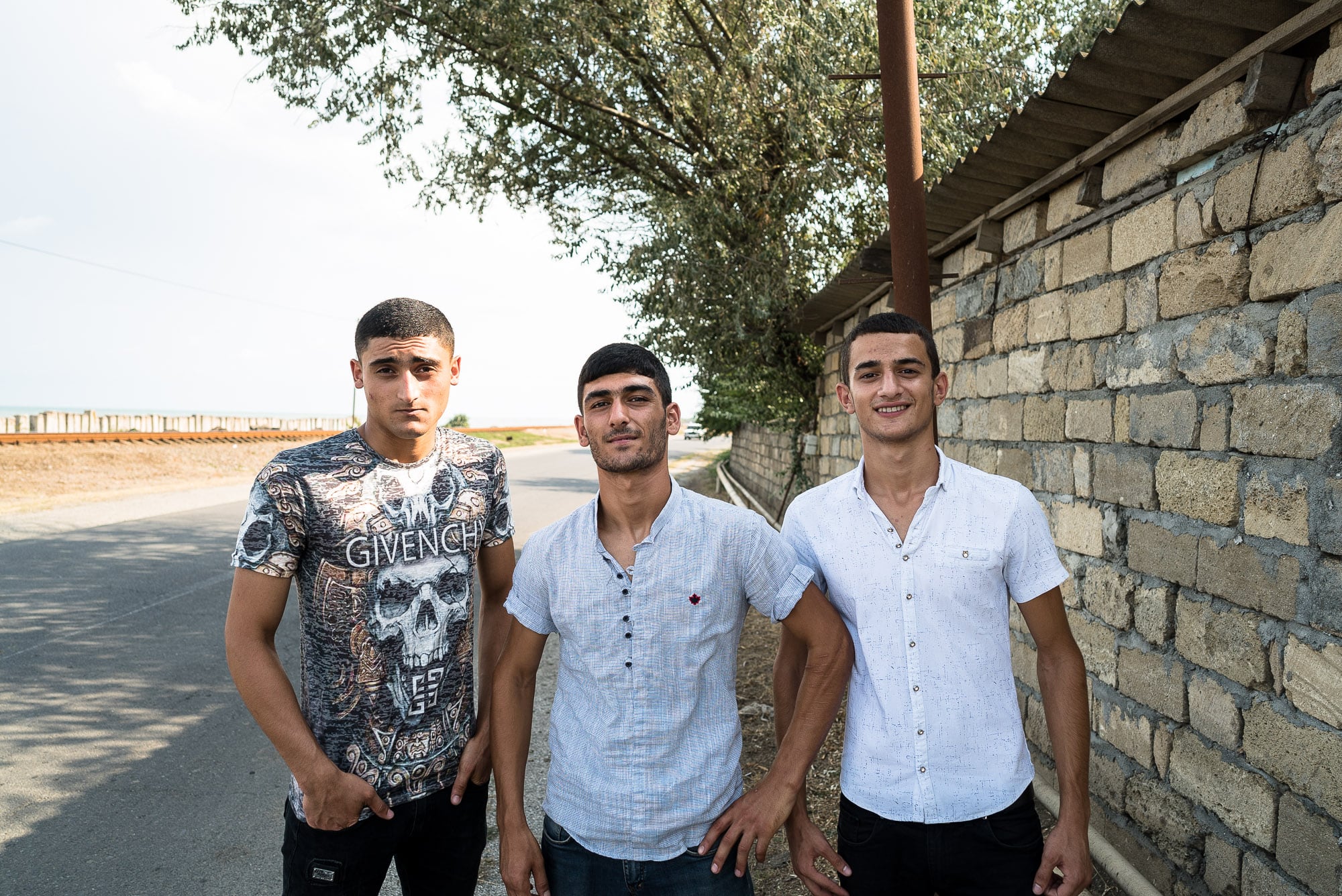 It felt good to finally be able to give someone something. Even if it was just raisins and nuts.

Sometimes the road was very close to the water: 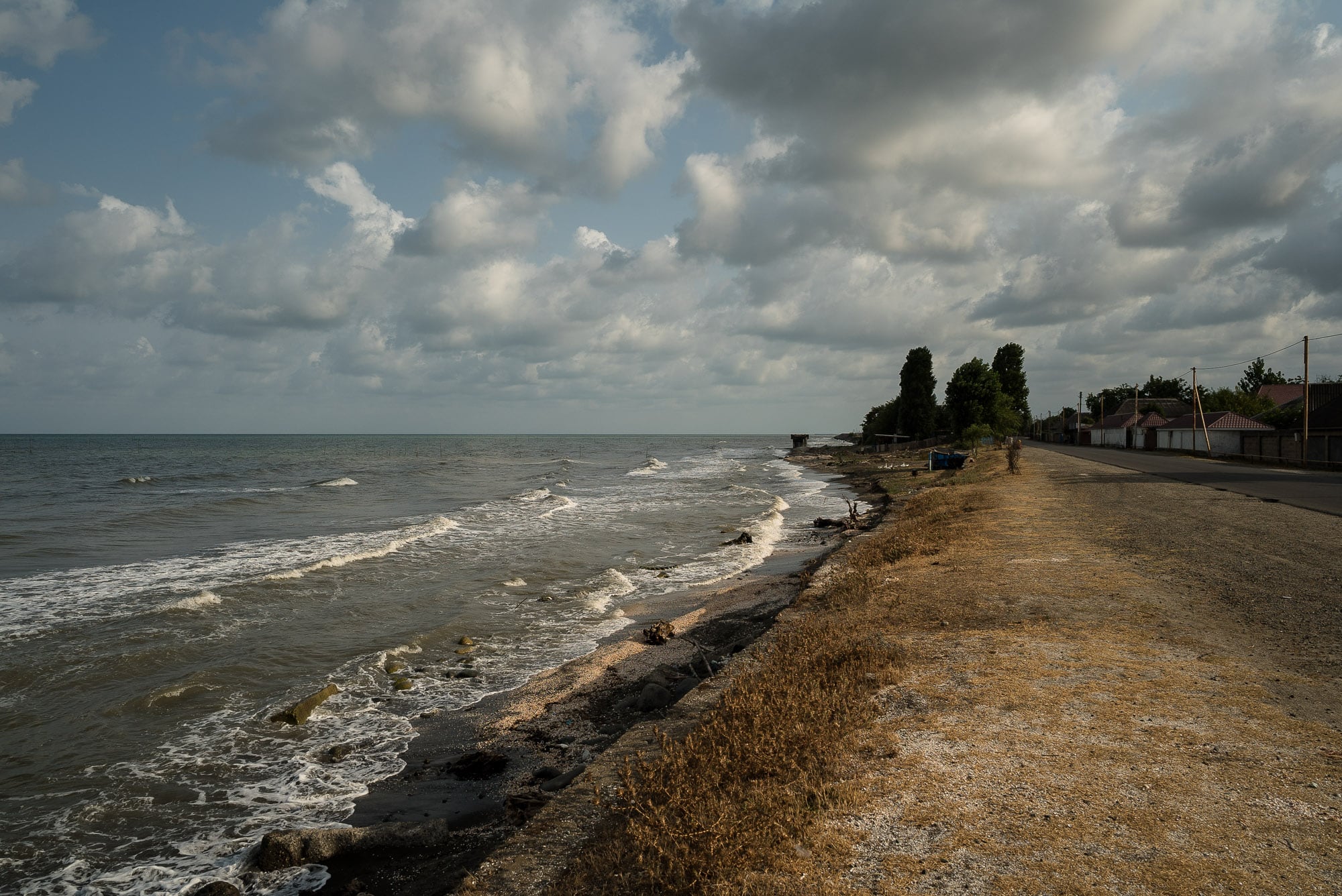 And since she insisted, I took a photo of the Caboose with the Caspian Sea: 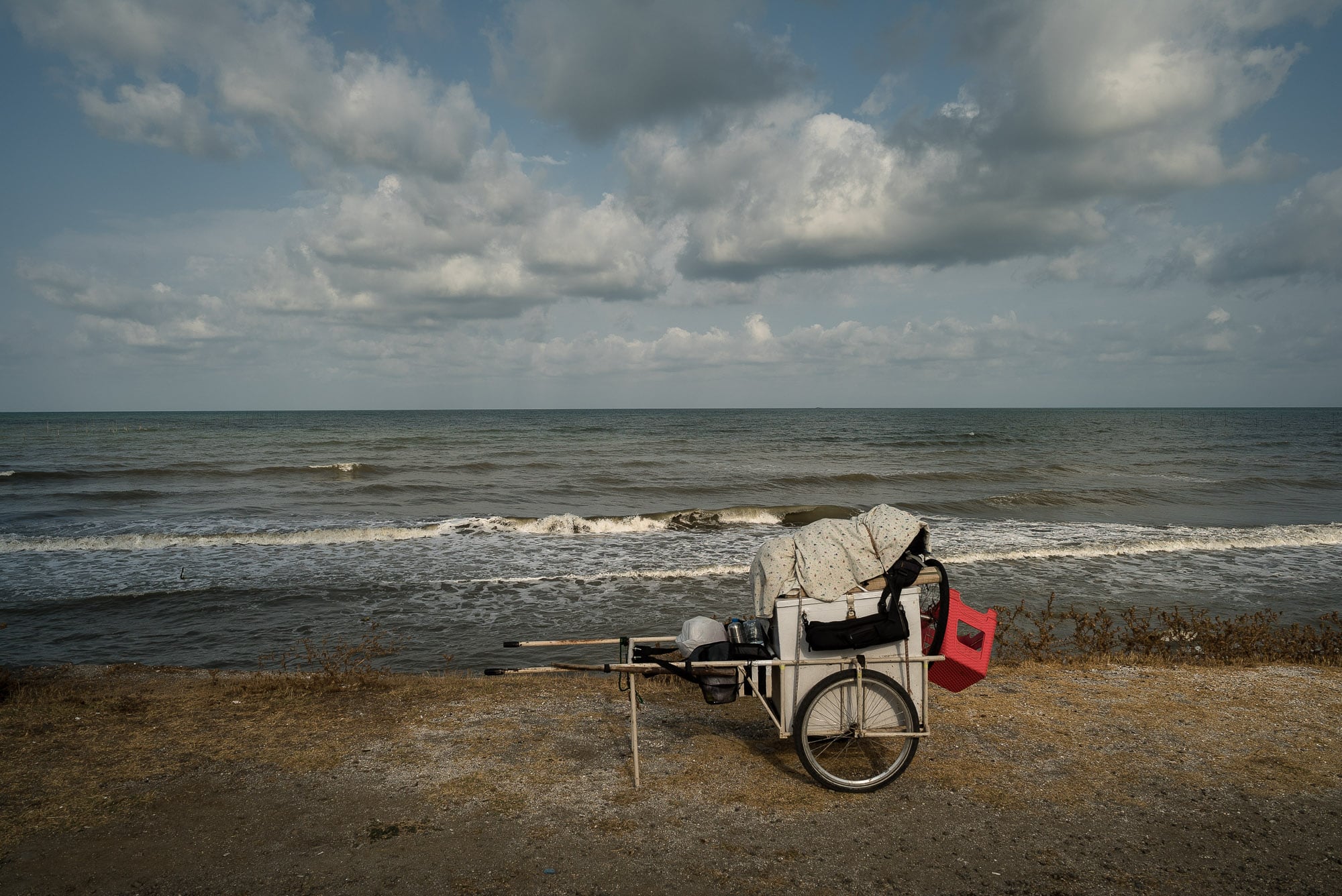 This gentleman called Toleg invited me to some tea and jam in the early evening: 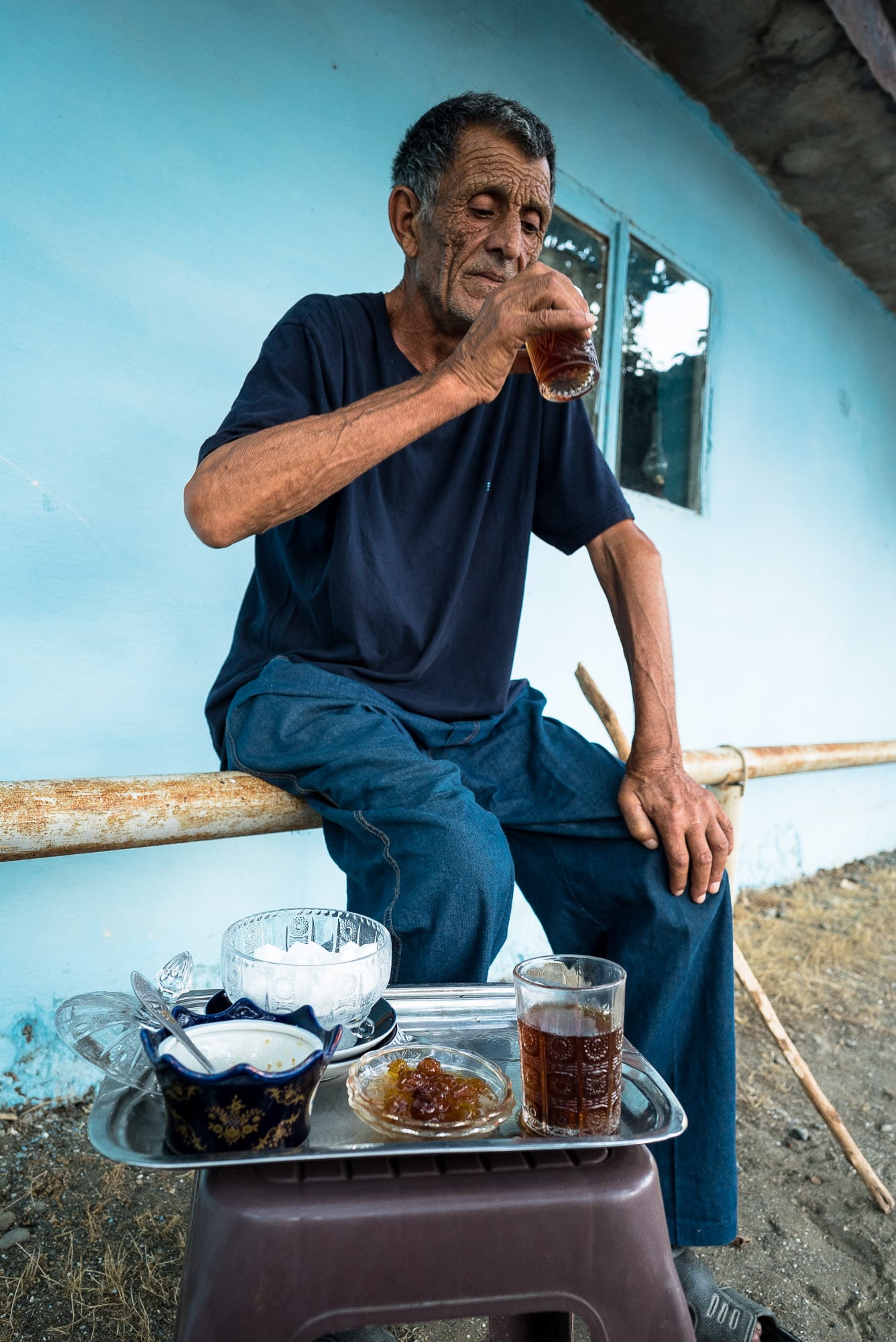 And then I made it to a place where, according to the word on the street, there were supposed to be rooms for rent: 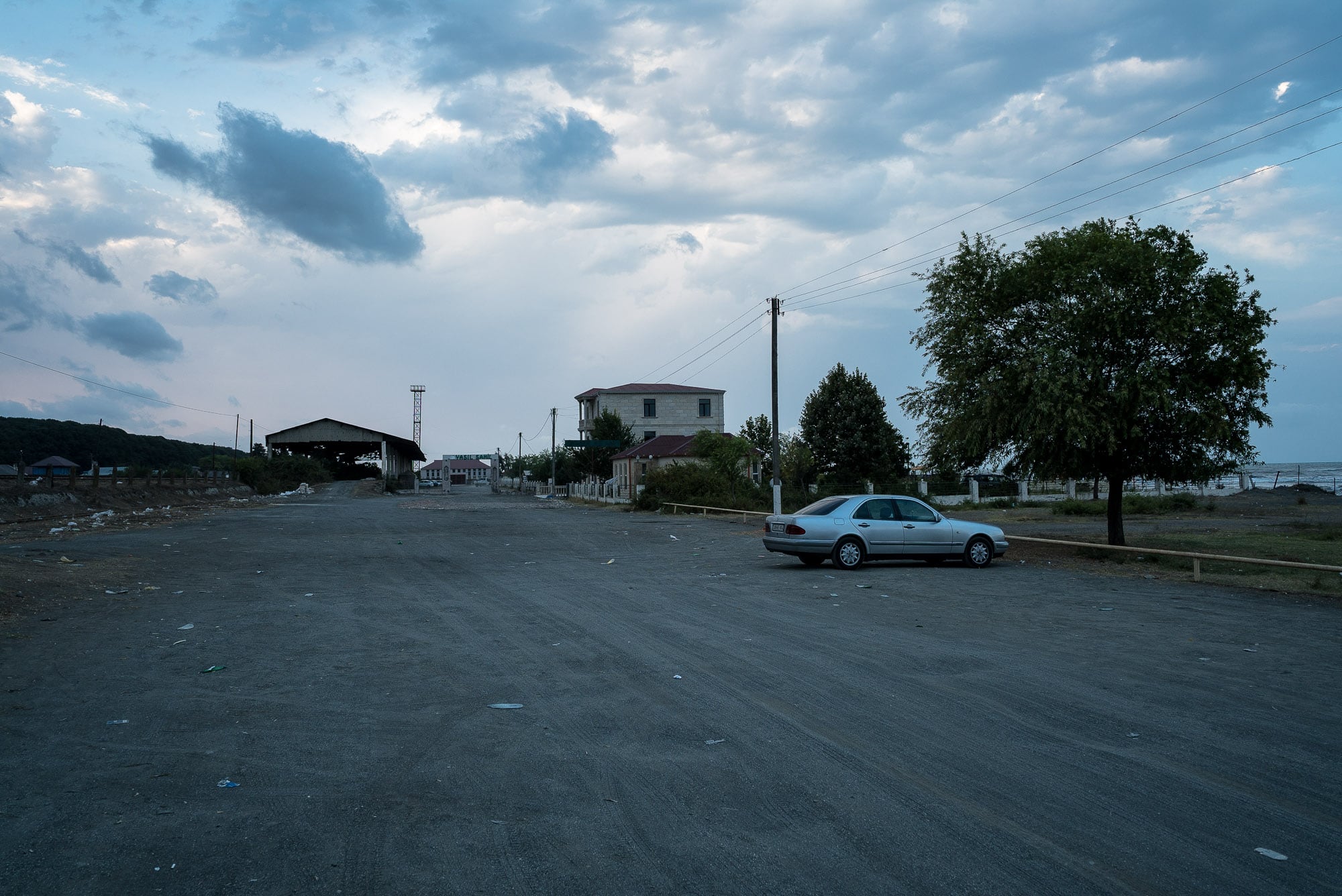 Day 1197
from Astara to Siyavar