When I left Talesh, I was looking at a distance of about 30 or 35 kilometers with no place to sleep. That meant the possibility of having to camp. But I was in a better mood than the day before.

The highway was hugging the hills, and the hills were rolling: 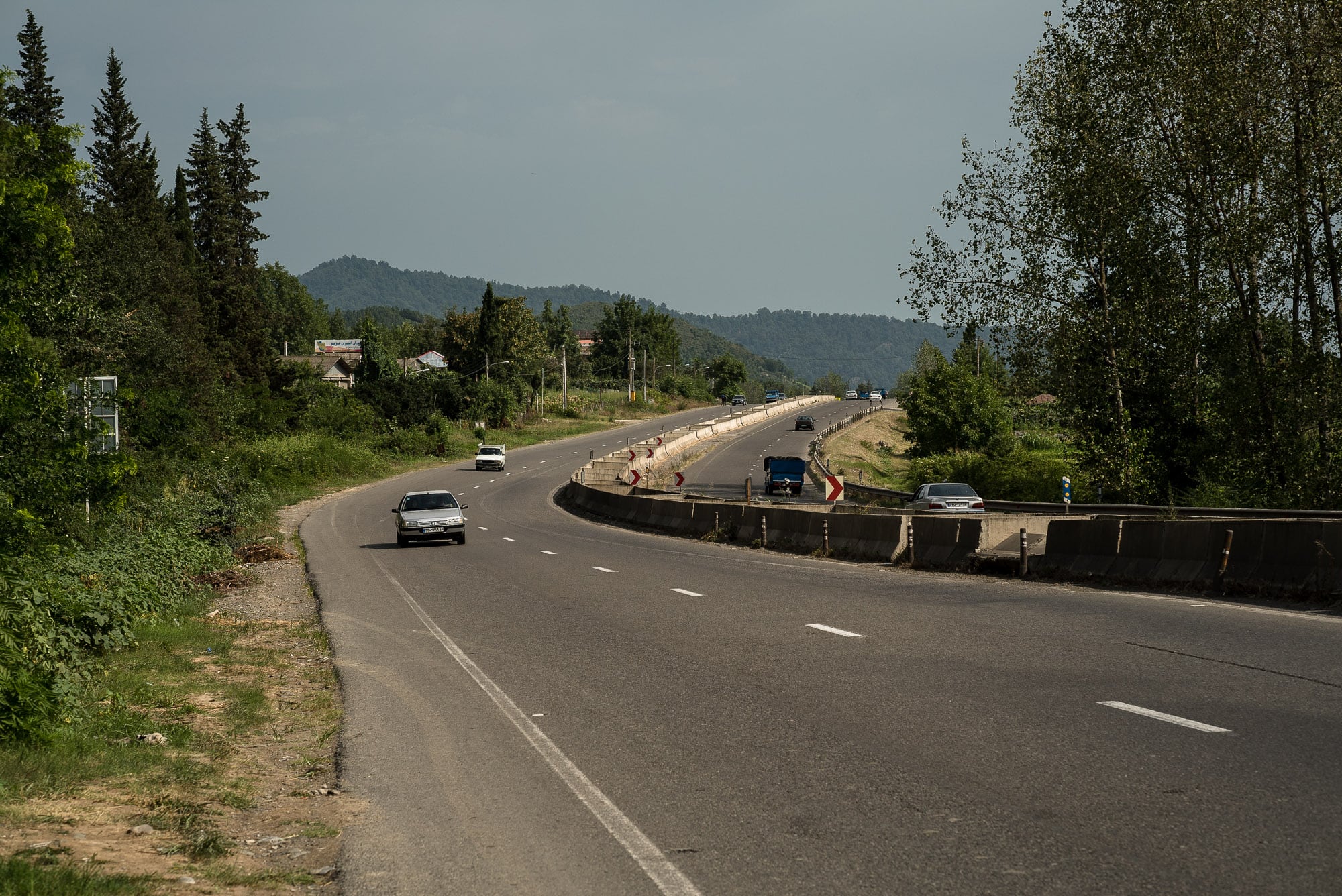 I sat in the shade of a tree for a while, and walking felt almost easy for a little while: 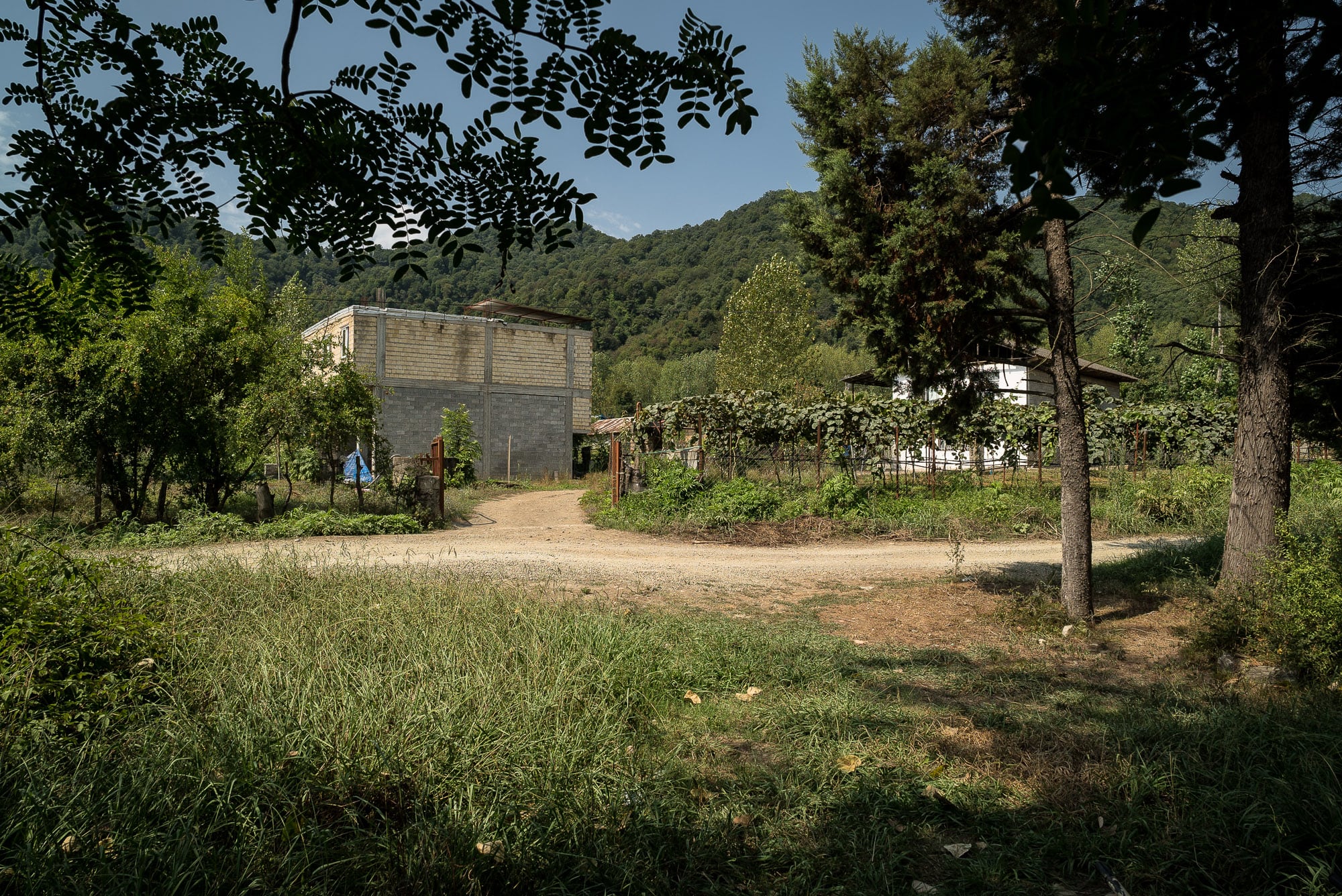 I said hello to a cow: 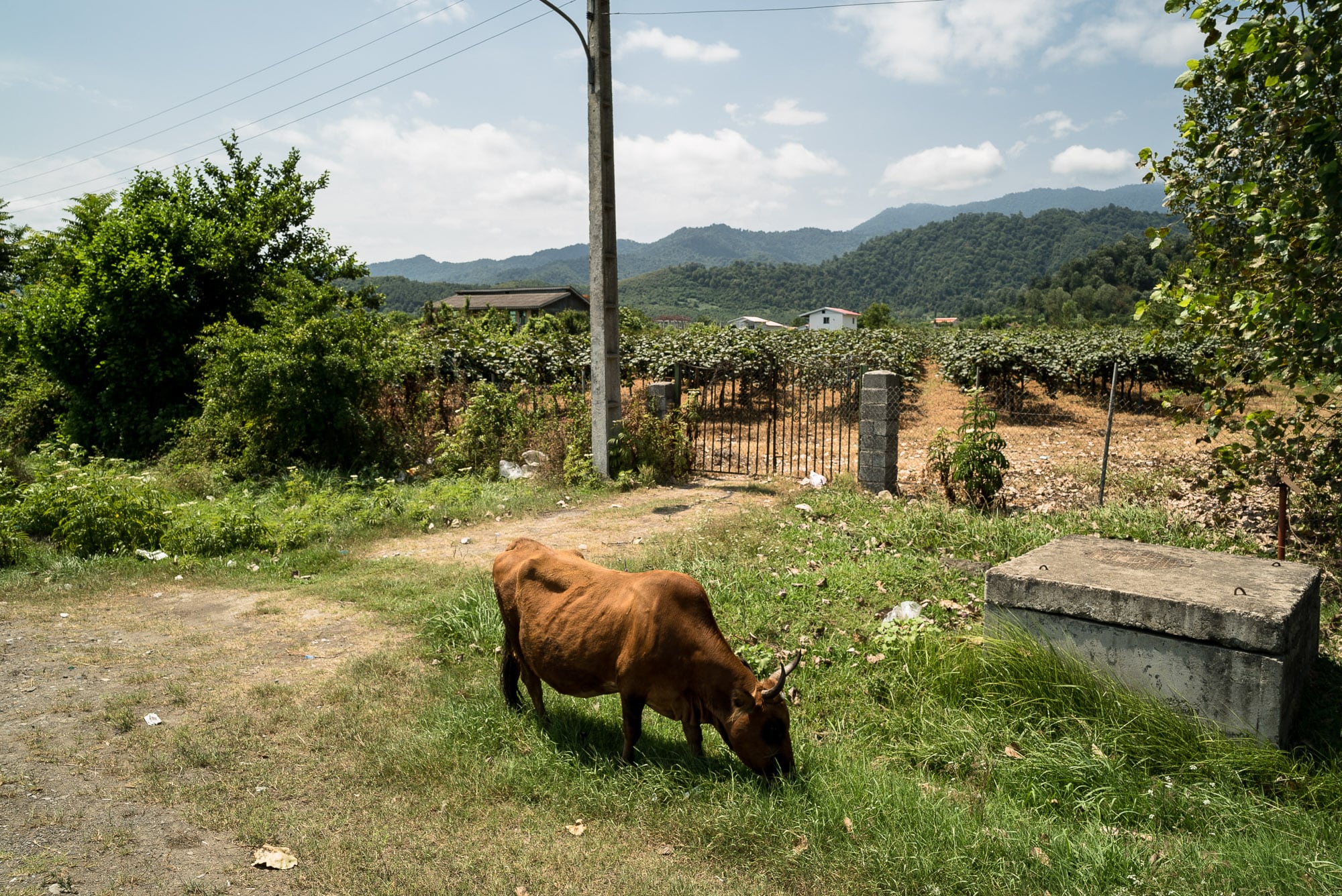 And to a motorcyclist: 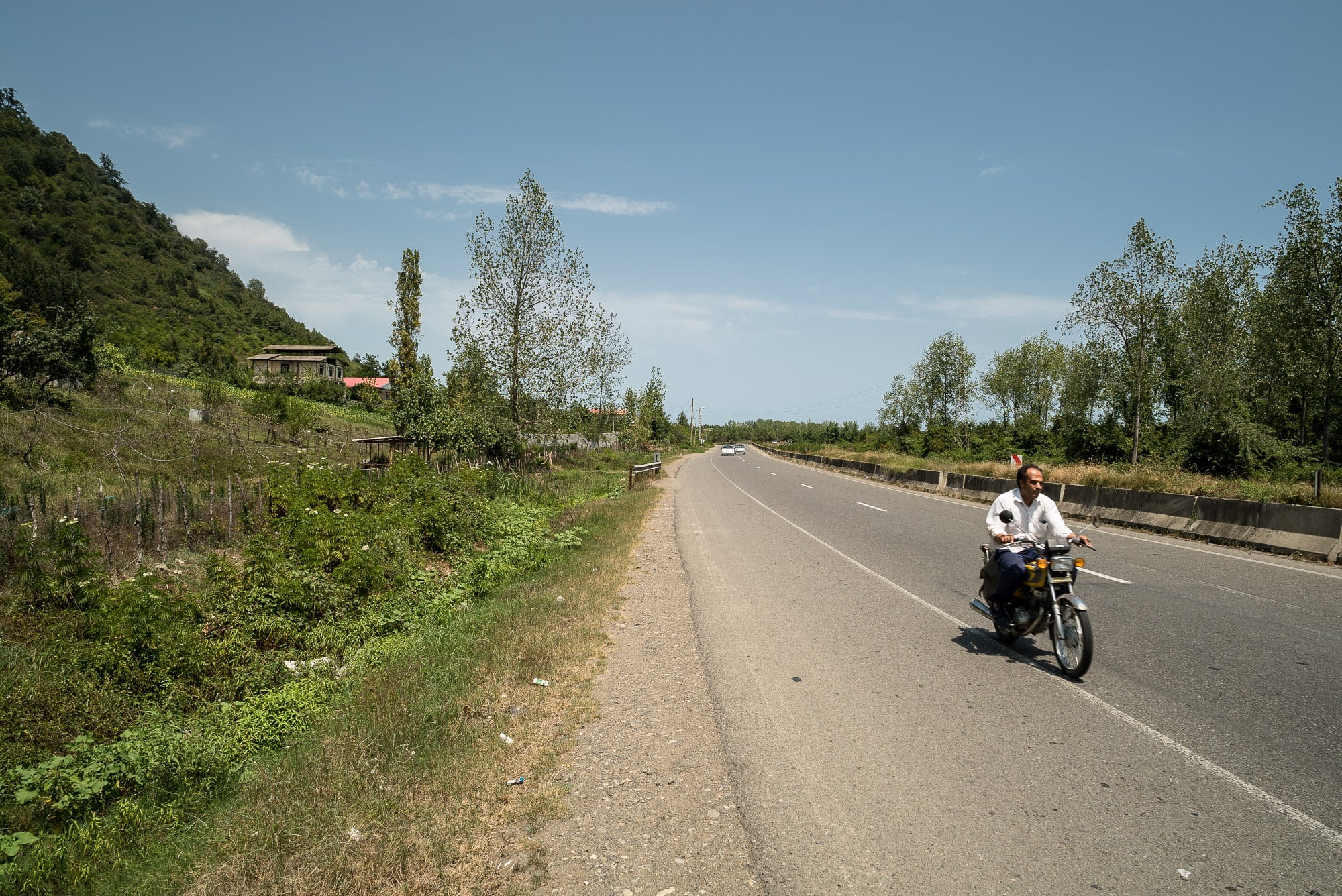 It was hot, but it wasn’t too hot. Maybe the weather had changed overnight, or maybe going north meant that I was approaching milder climates – I didn’t know.

The fields looked nice either way: 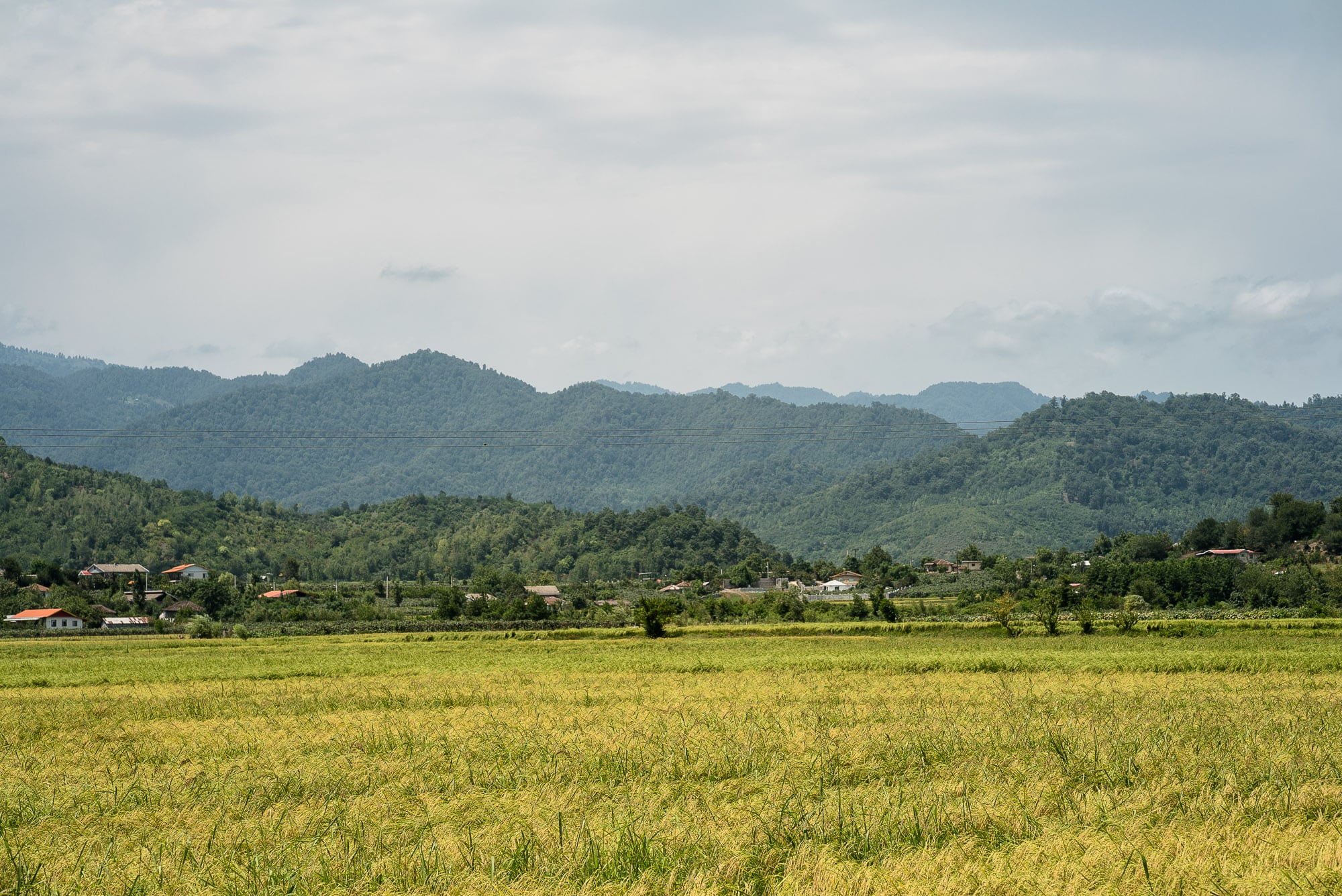 At one point I left the highway and marched into the fields and up a hill. I left the Caboose halfway and climbed the rest of the way on my own. And then I was there: 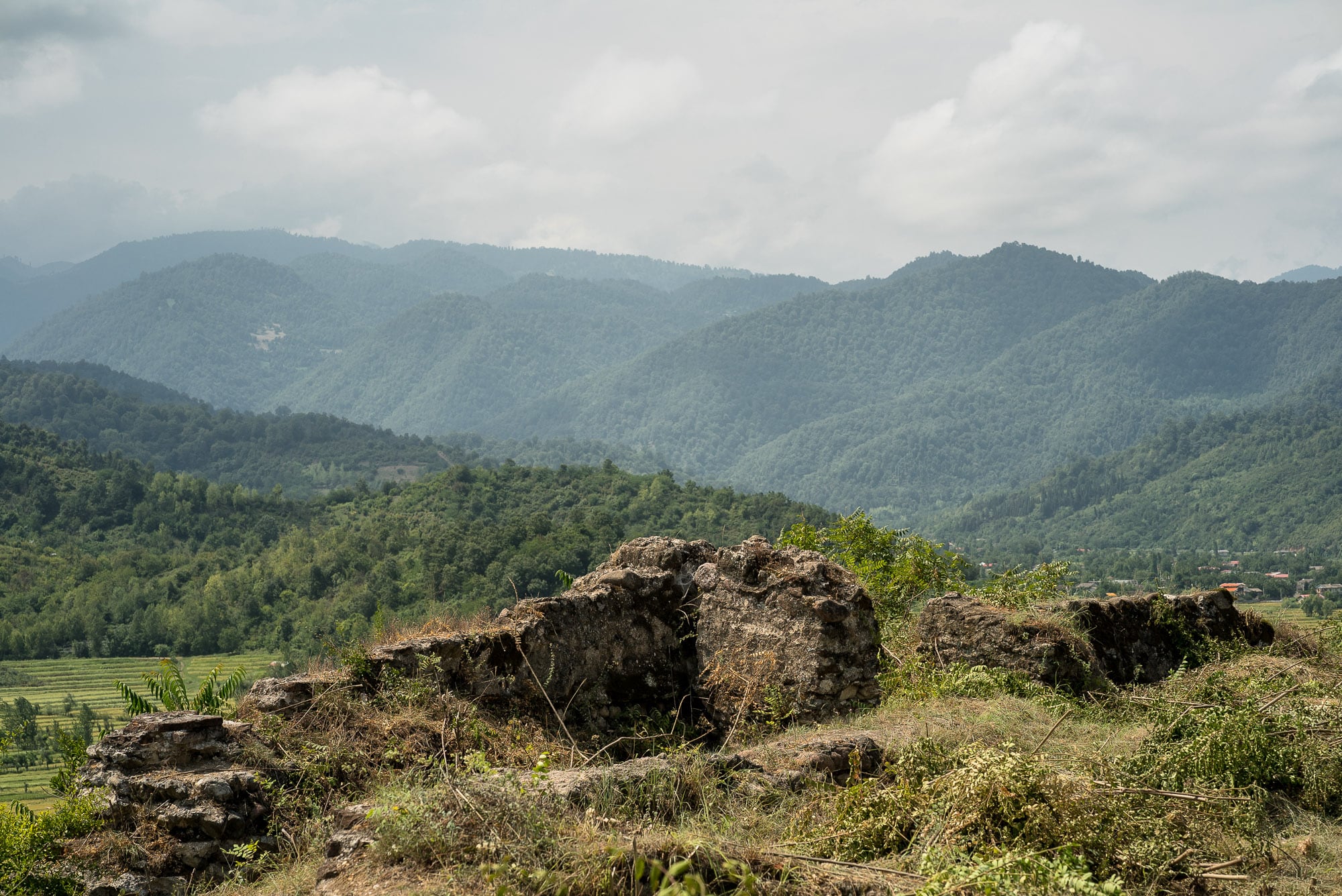 The ruins of Salsaar castle: 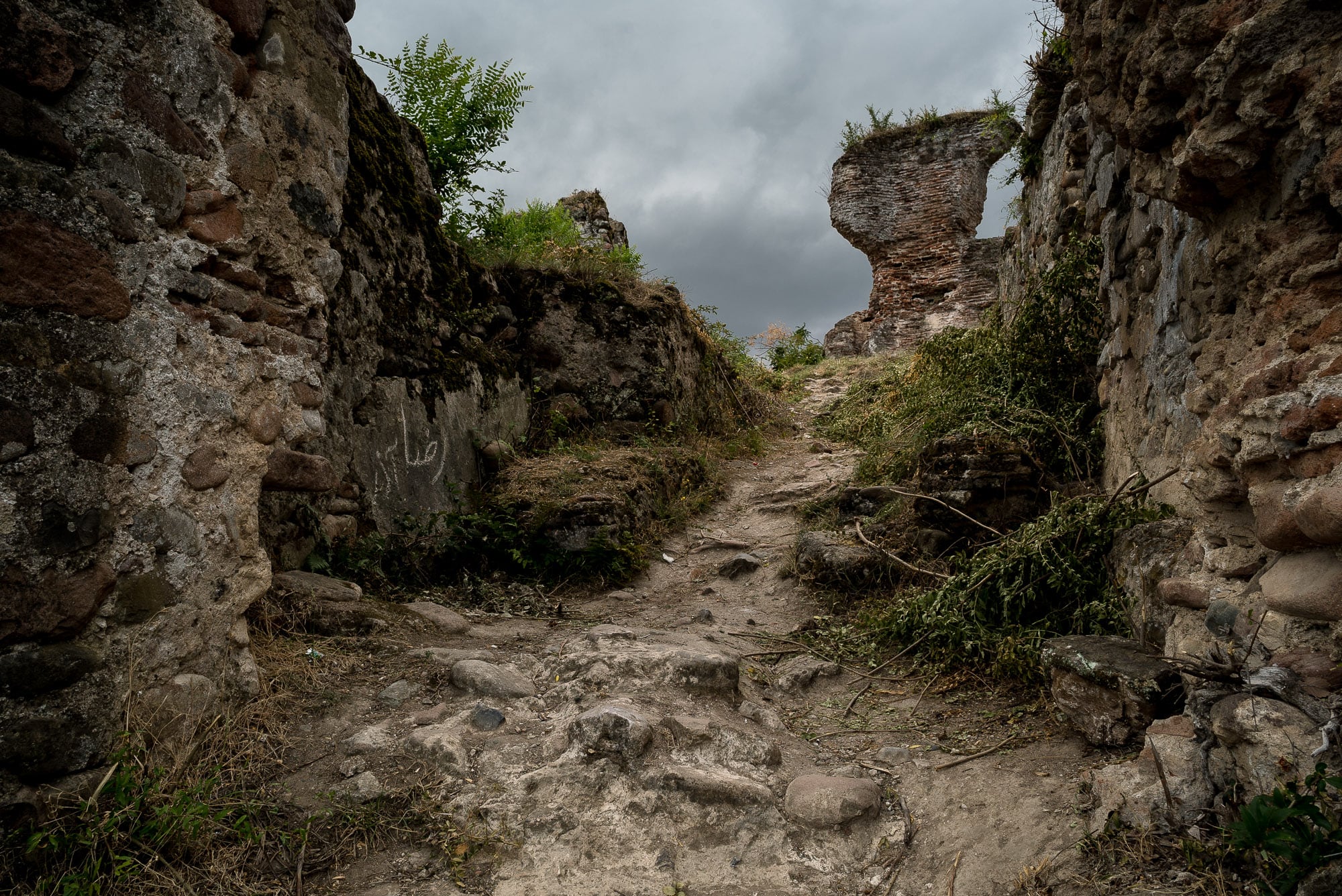 I didn’t know anything about these ruins. There was no explanation anywhere, and a quick search on the internet didn’t help much, either.

But I liked looking at all that oldness: 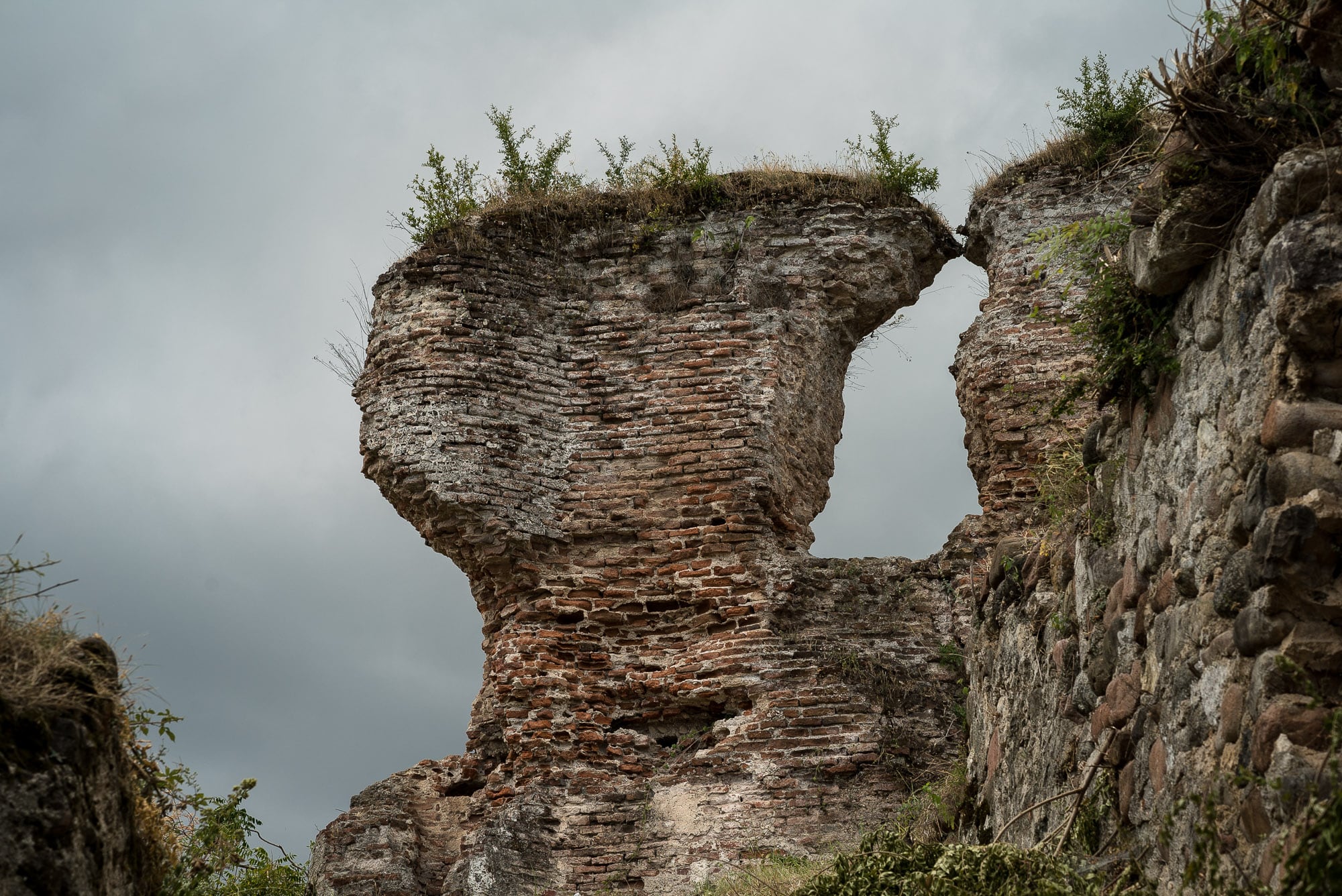 I stayed for a little while, taking pictures, drinking an alcohol-free peach beer, looking at the things that were there: 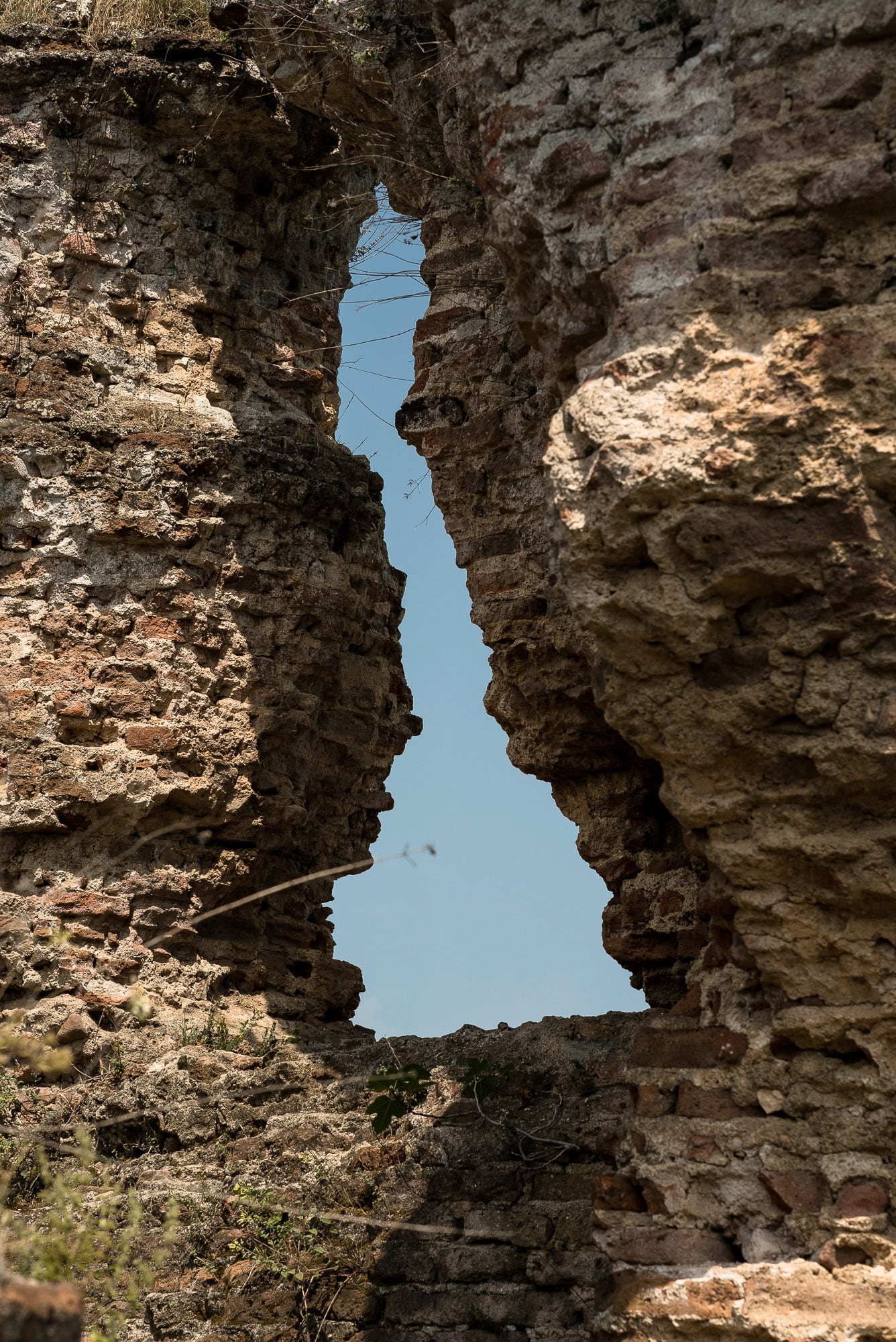 A storm was brewing over the mountains and it came down into the valley: 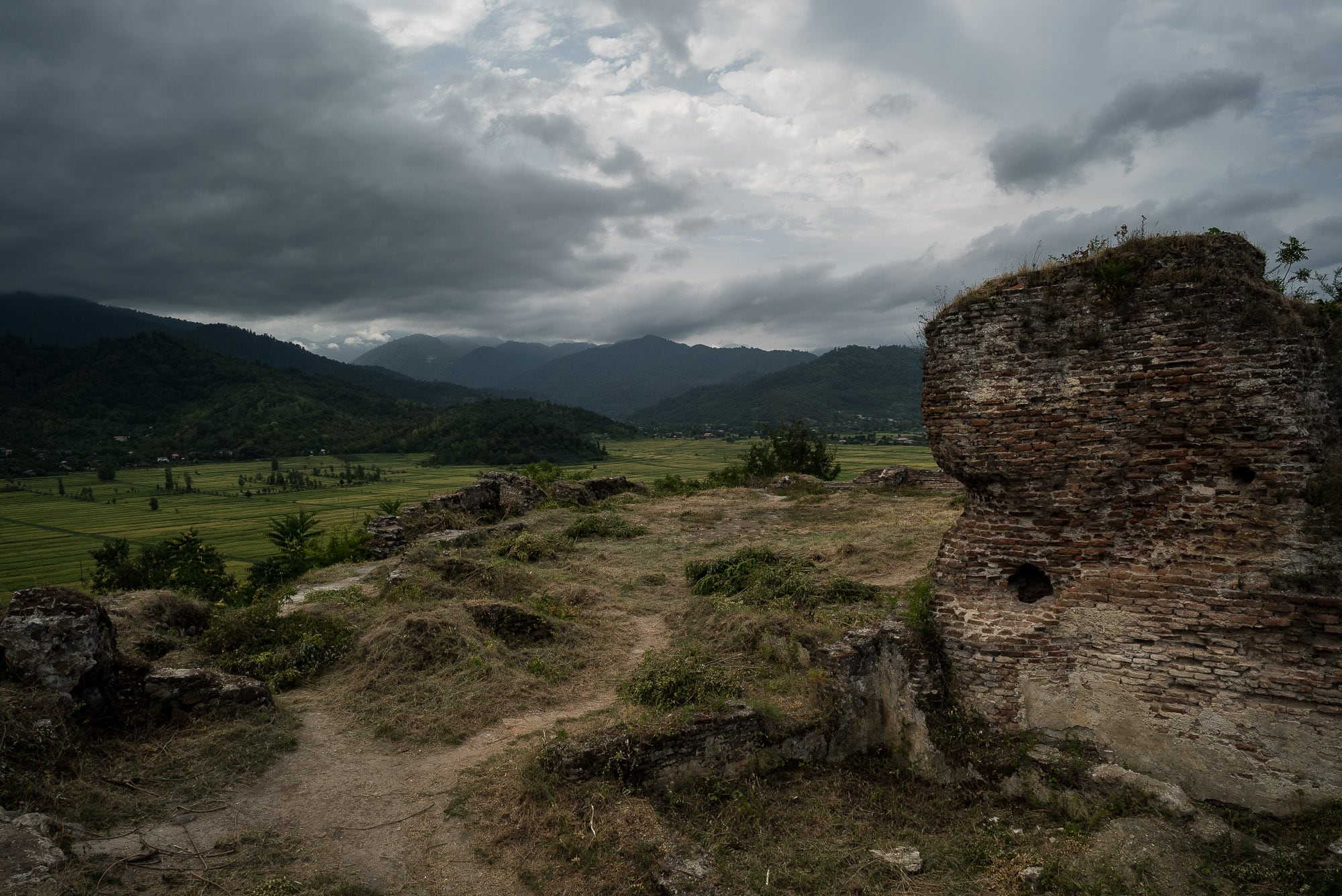 It looked like the castle was going to have to withstand one more night of bad weather. 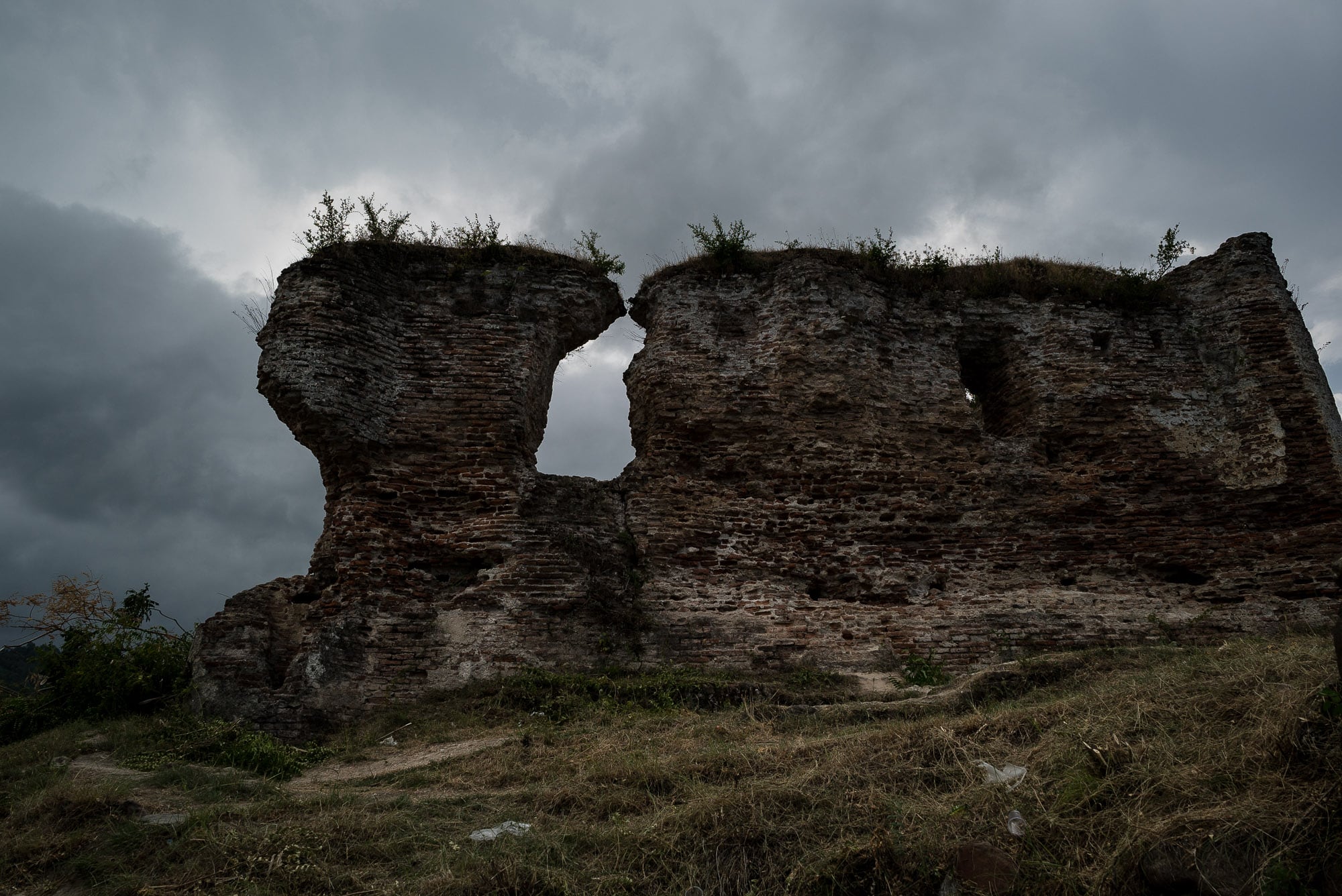 So, remembering my sleeping situation, I went back down to the highway, and I continued walking. At one time there was a sign saying that there was a hotel, but I somehow felt as if I hadn’t walked enough for the day, so I kept going.

I walked for an hour or two, and then I started looking around confusedly.

The sky had turned dark with clouds at this point: 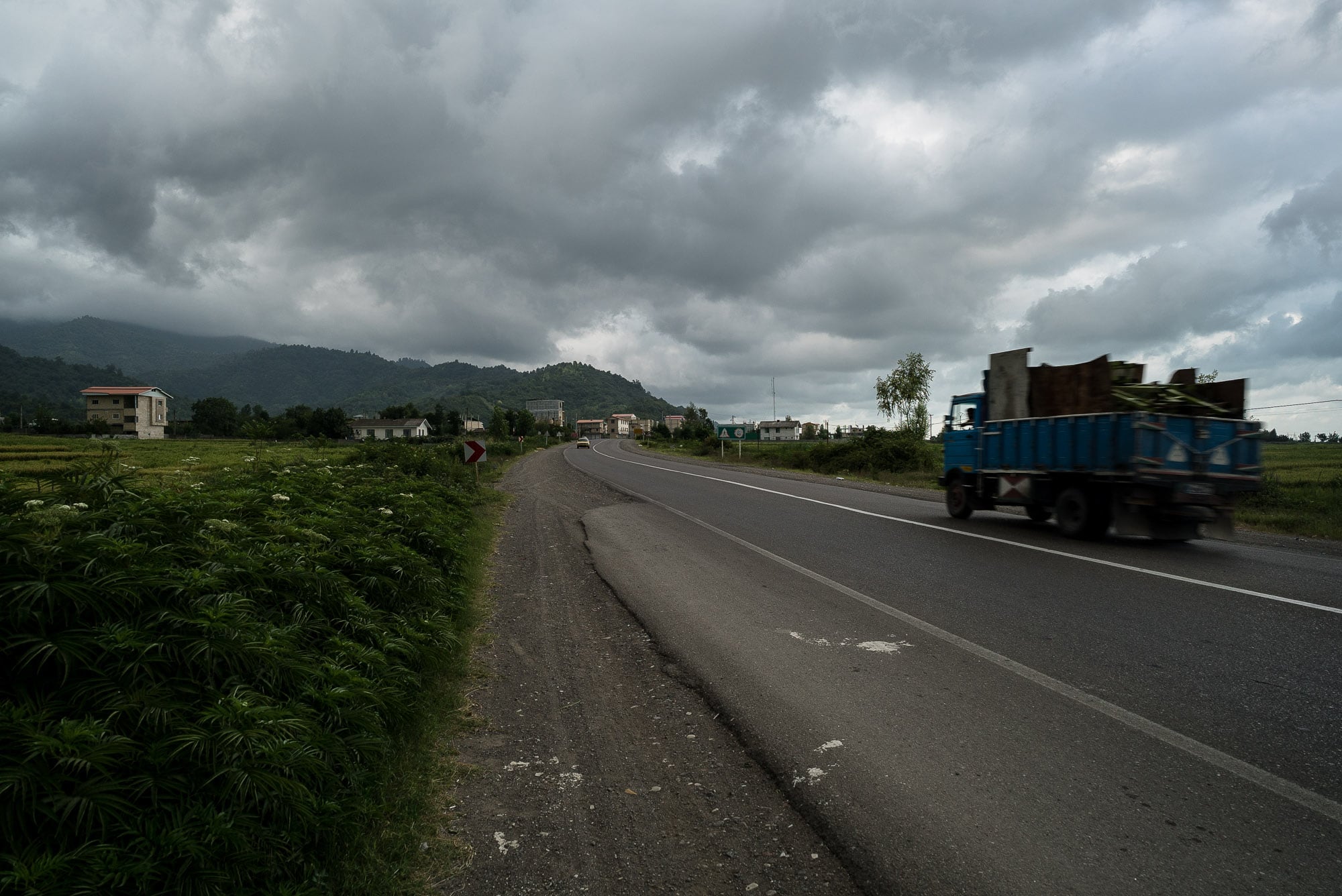 One guy was cleaning his motorcycle: 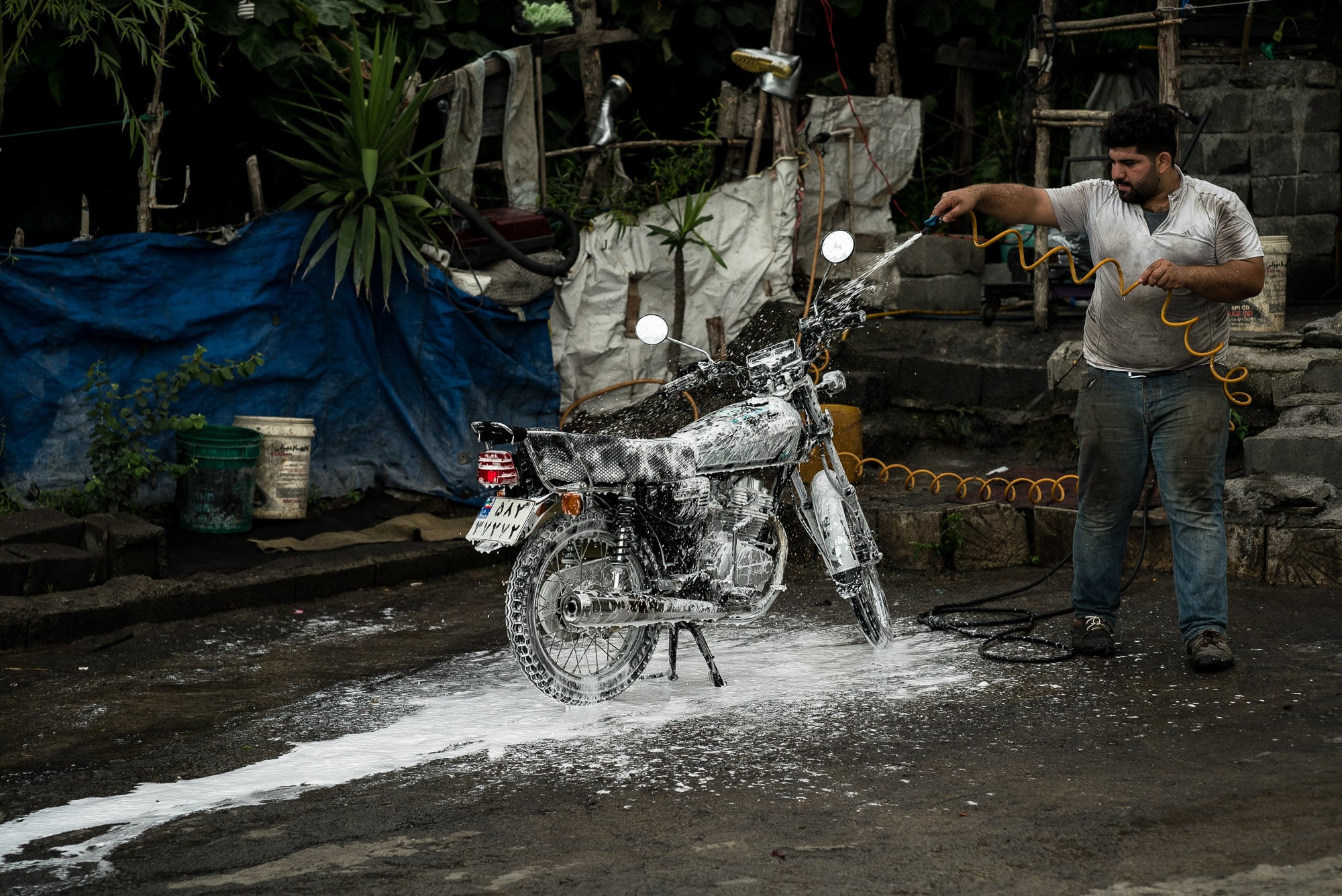 And then it started raining: 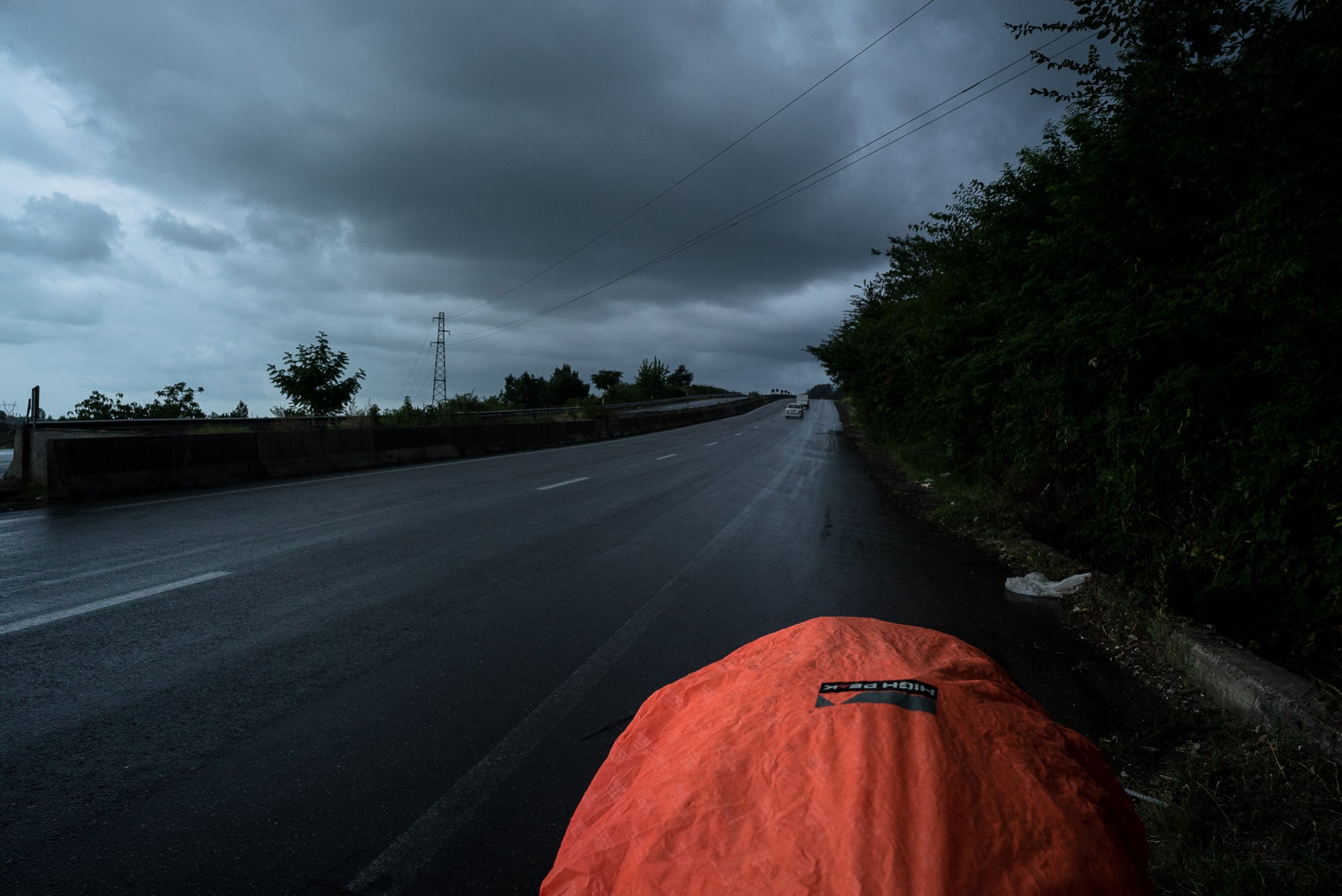 It wasn’t much, just a drizzle. But it sucked. I started seriously looking for a place to camp. It got dark. One time, a dog shot out from the dark and started growling at me. I got very scared.

Then I found a place where I was going to put up my tent. It was next to the forest, and there were some graves nearby. Remembering the mean dog, I decided to sit for a while and see if everything was cool before I would start pitching the tent. So I had some tea, and when I did, I noticed a full-blown thunderstorm rolling in from the mountains.

So I said fuck this shit, grabbed the Caboose and continued walking.

Which was when I ran into Saman and his friends in their open-air kebab restaurant: 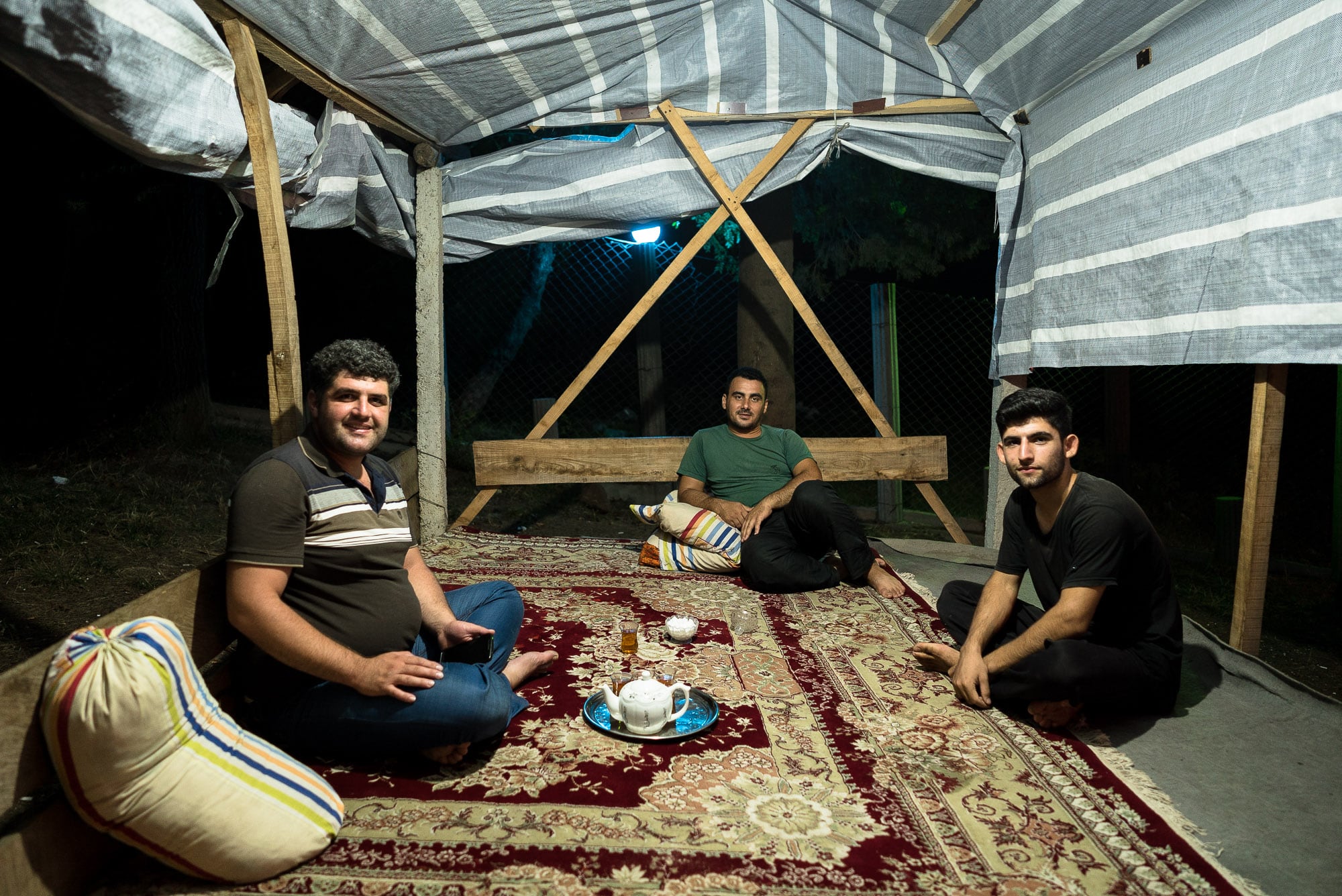 They were super nice, and they offered me a little wooden cabin to stay in during the night.

We sat and drank tea and cracked jokes, and at some point Saman’s dad showed up: 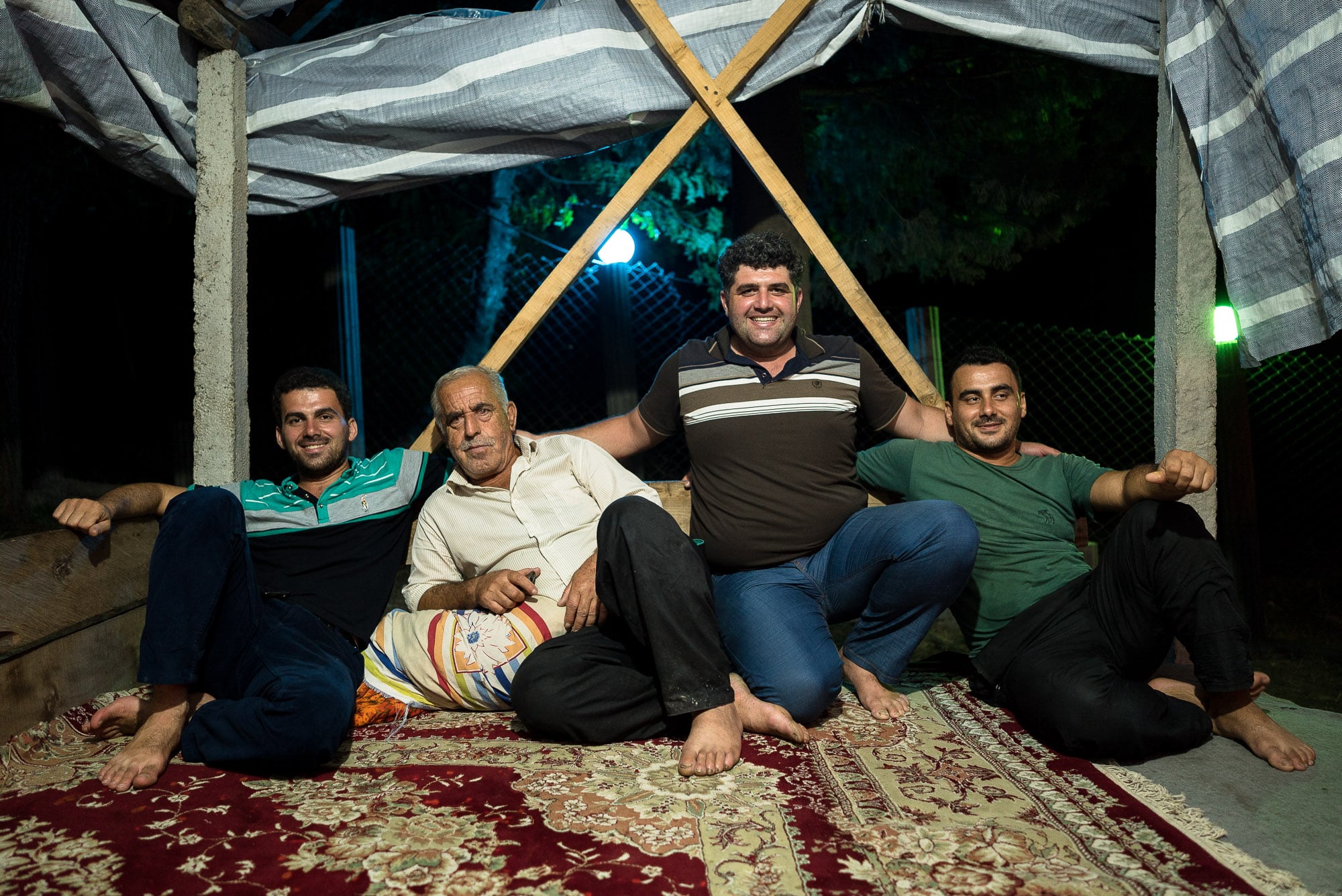 And it was all very nice, and I thought Iran, Iran, this is one of those sides of you that I will miss!

Day 1190
from Talesh to Nosratabadi