Hadi’s house was simple, but it was cozy: 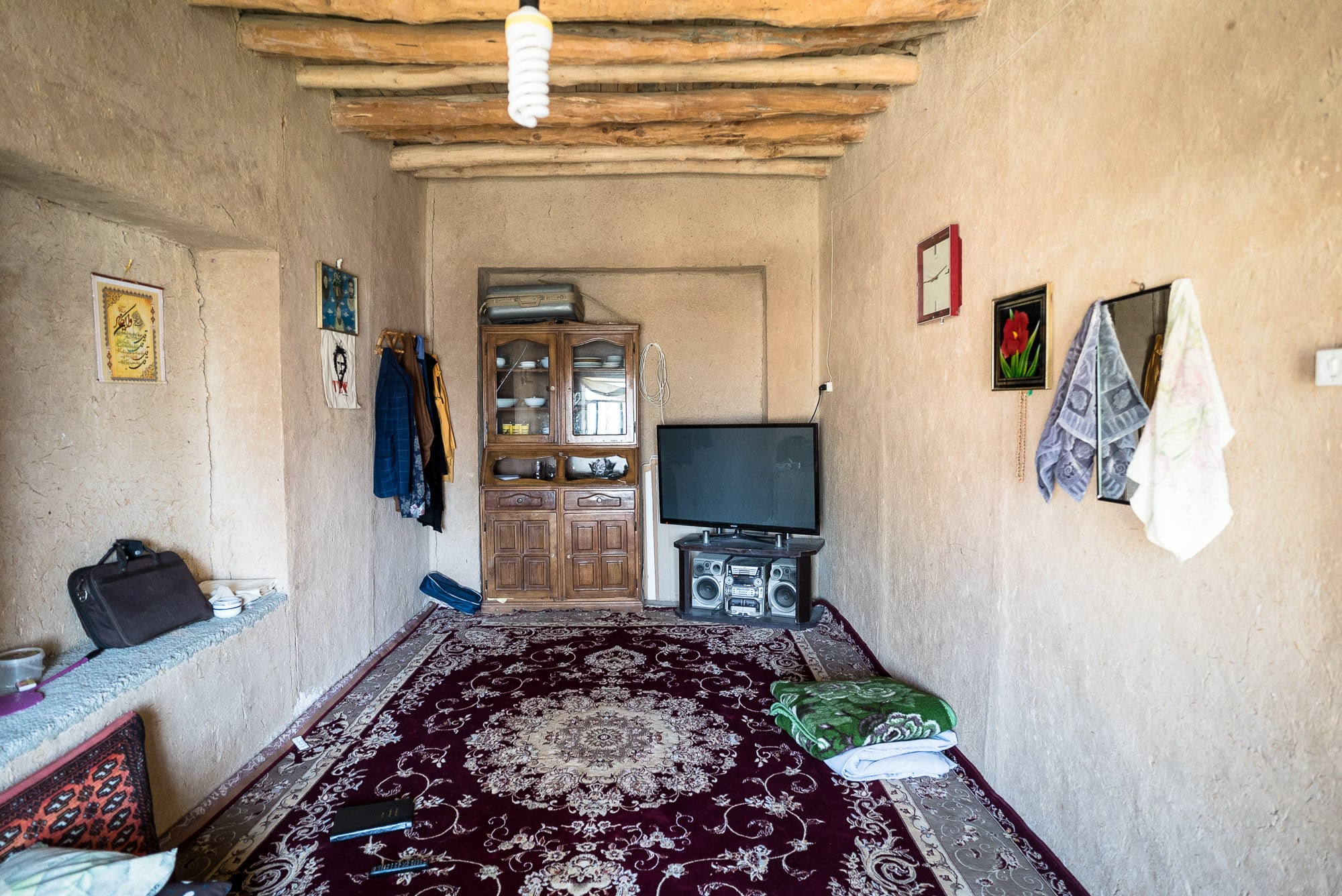 I actually quite enjoyed the simplicity of it: 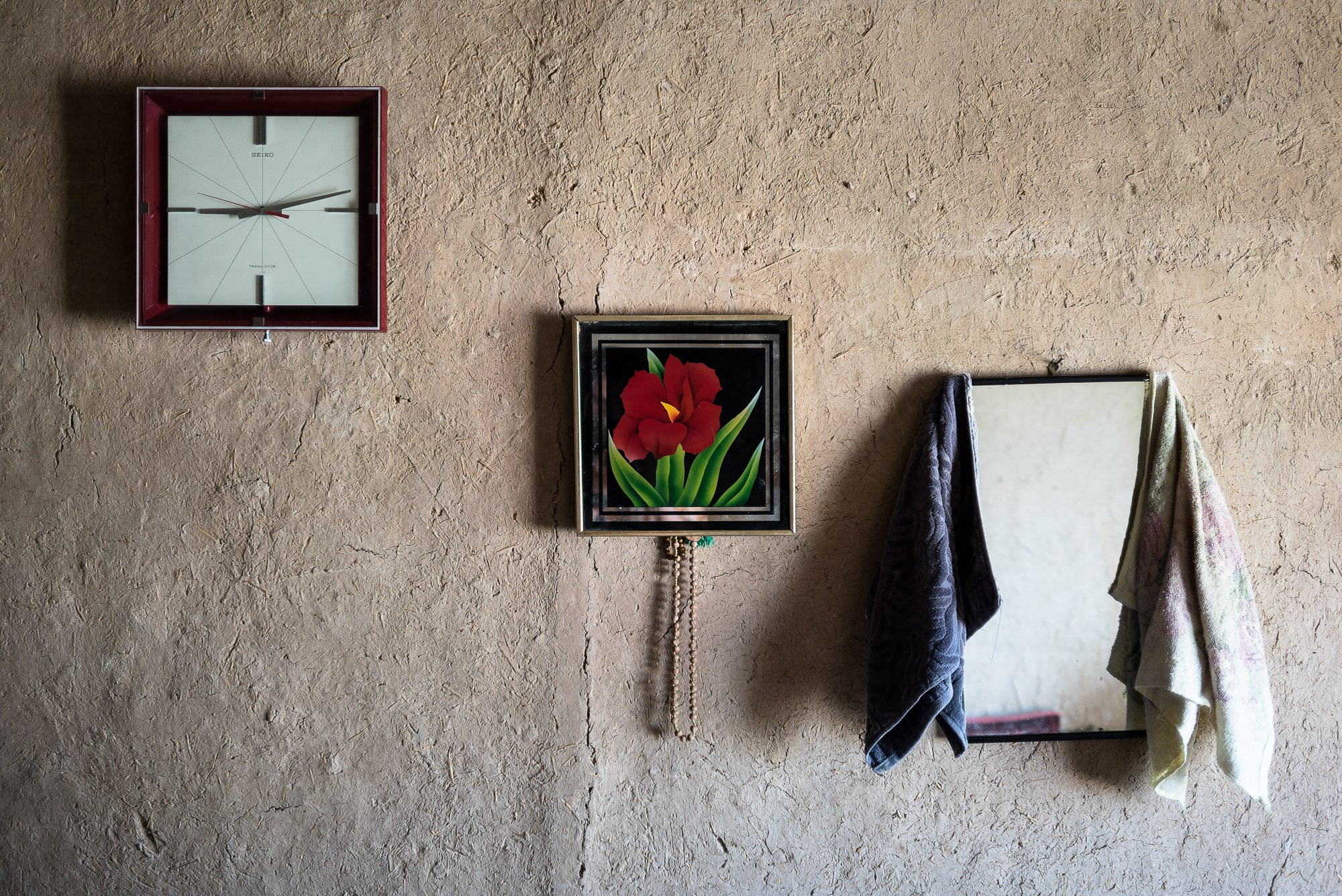 I said goodbye to my host: 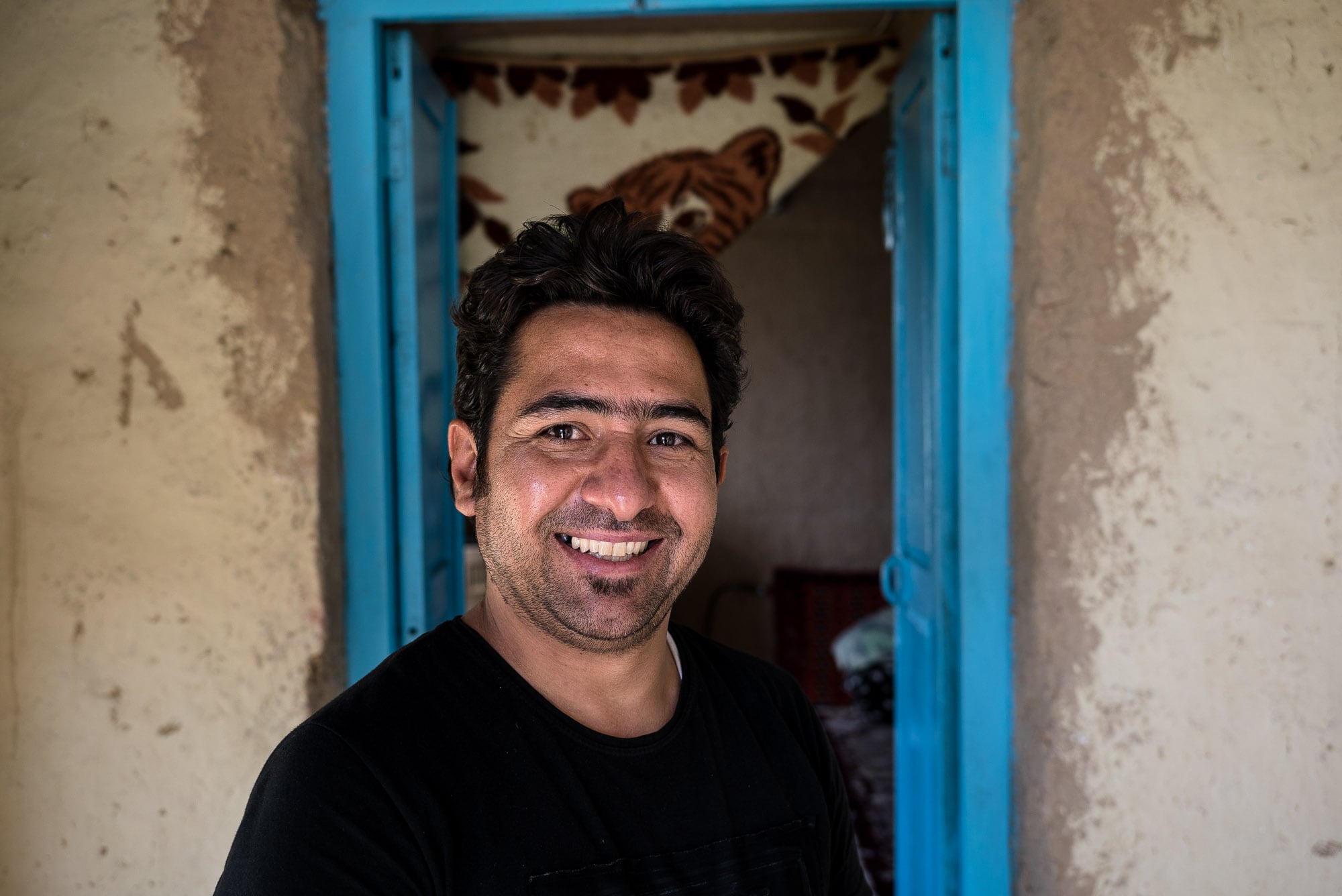 And then I said goodbye to the fire temple: 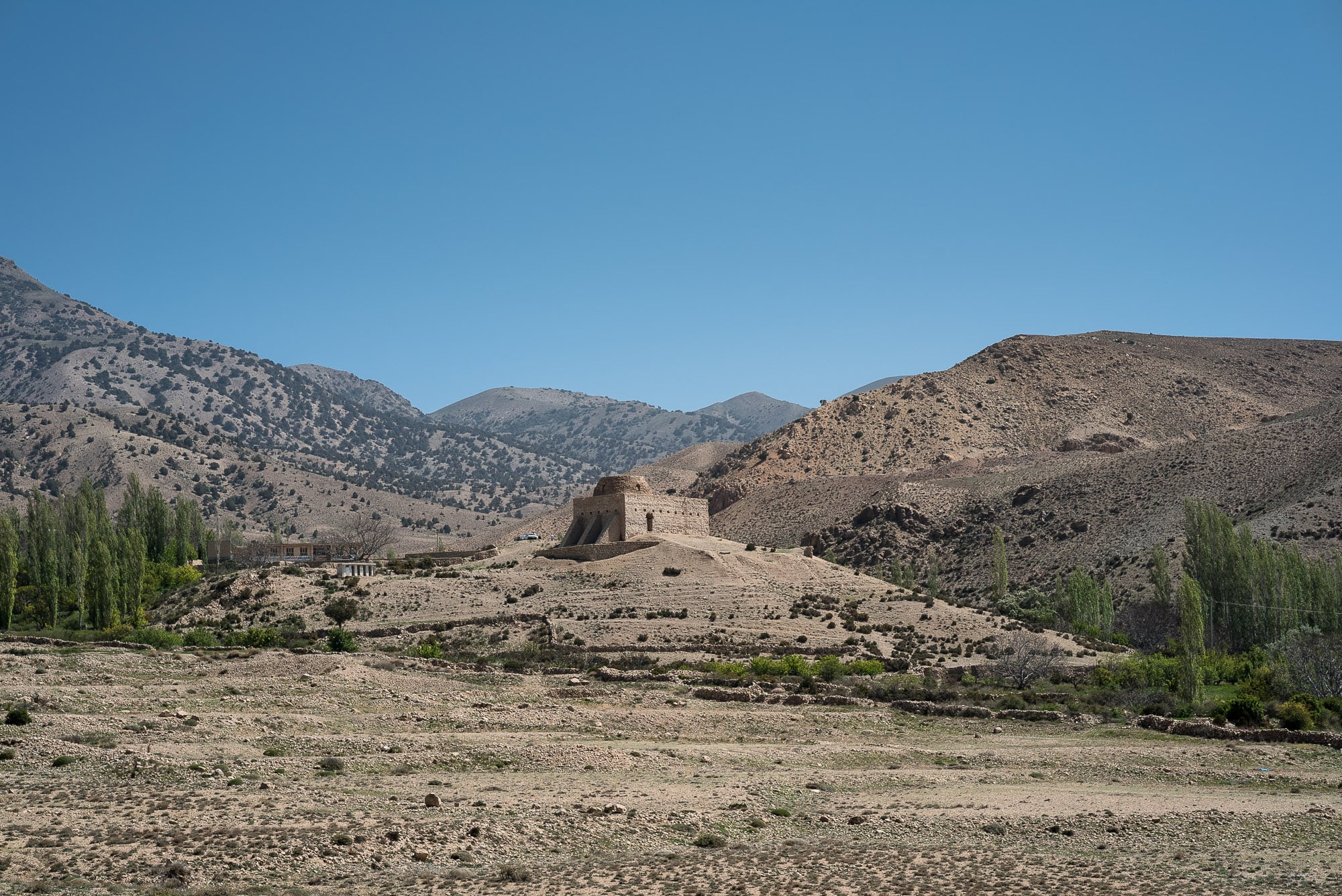 The land was open, and could see flocks of sheep long before I met them: 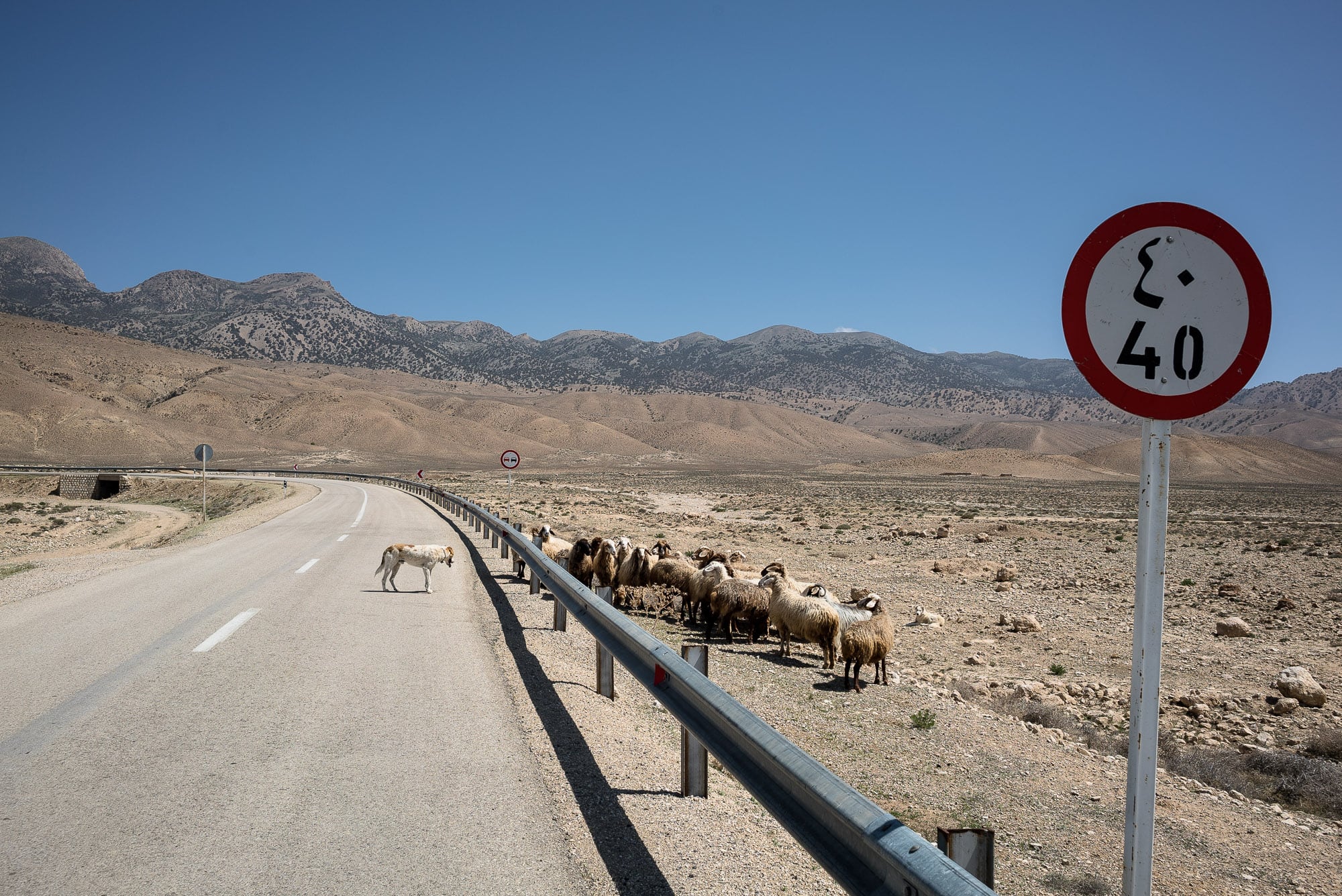 I had a good time exchanging loud baahs with the sheep, while the shepherd looked on in bewilderment. Sometimes it seemed as though the shepherds were the only people who had lifestyle similar to mine. They were also wandering the land: 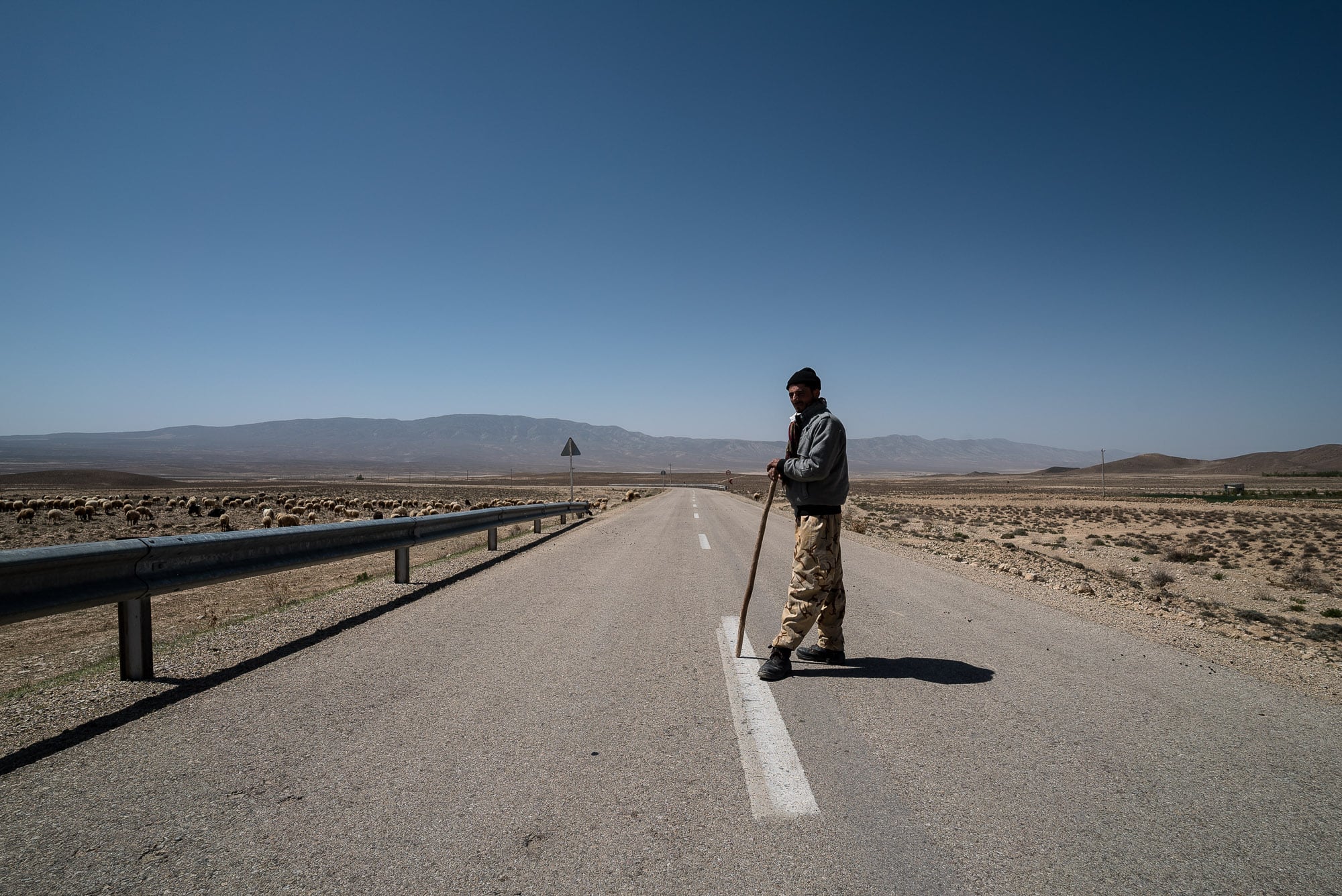 I decided to rest on the ground and promptly fell asleep: 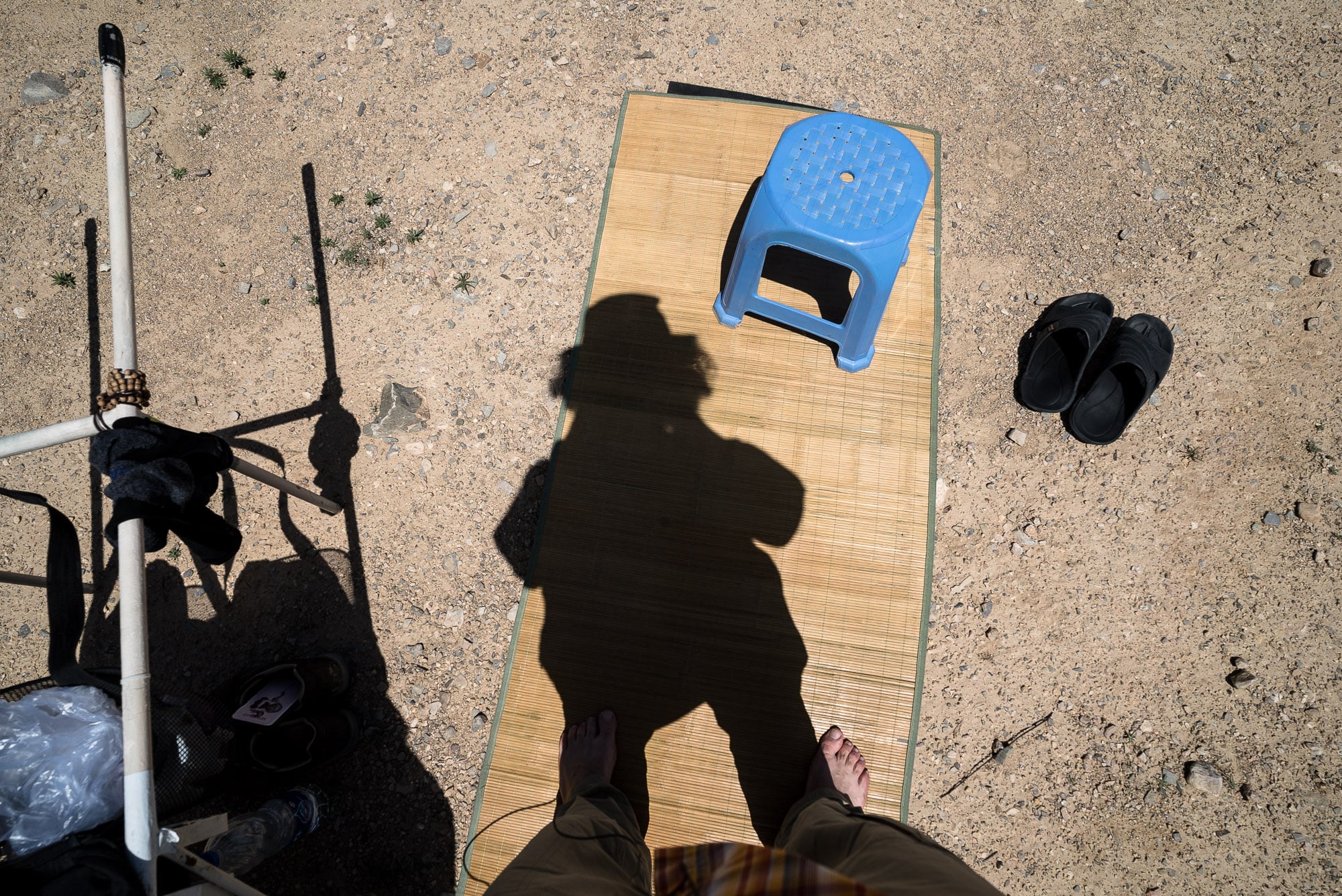 After that, and for reasons unknown to me, walking became much more difficult. I would long for the green spots in the desert: 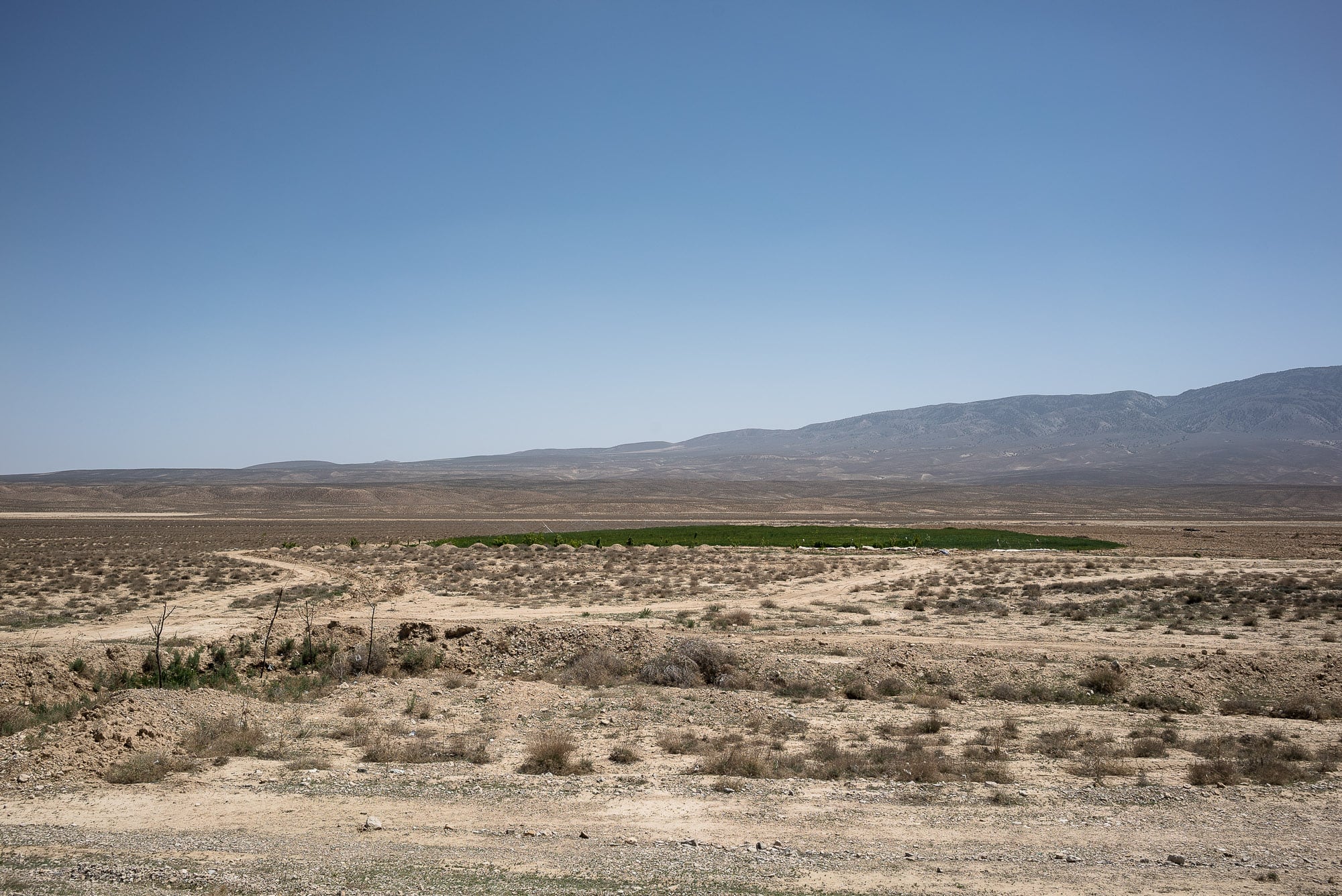 And I would want for the road to be shorter than it was: 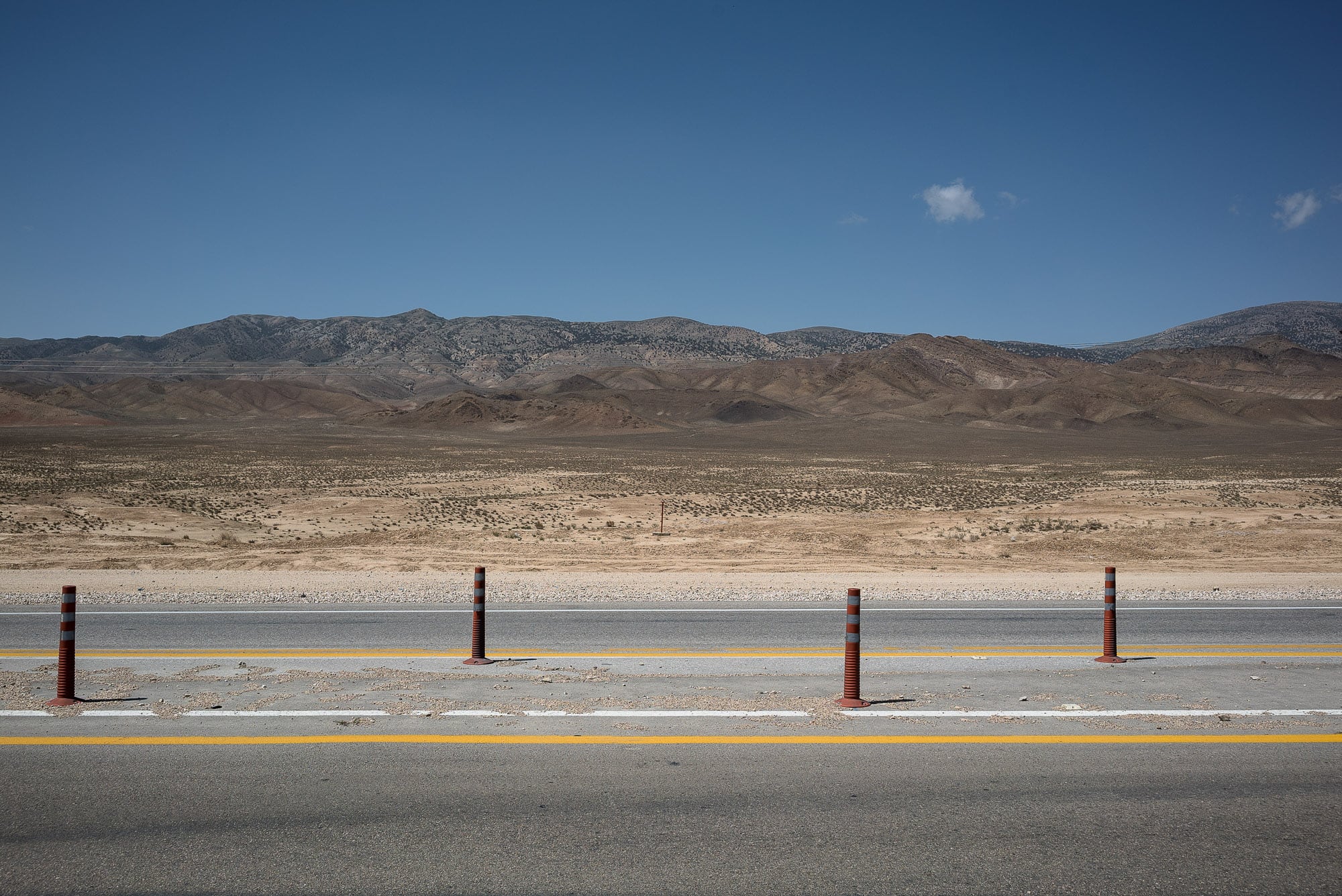 I took another break with chocolate milk and salted peanuts in front of this roadside shop: 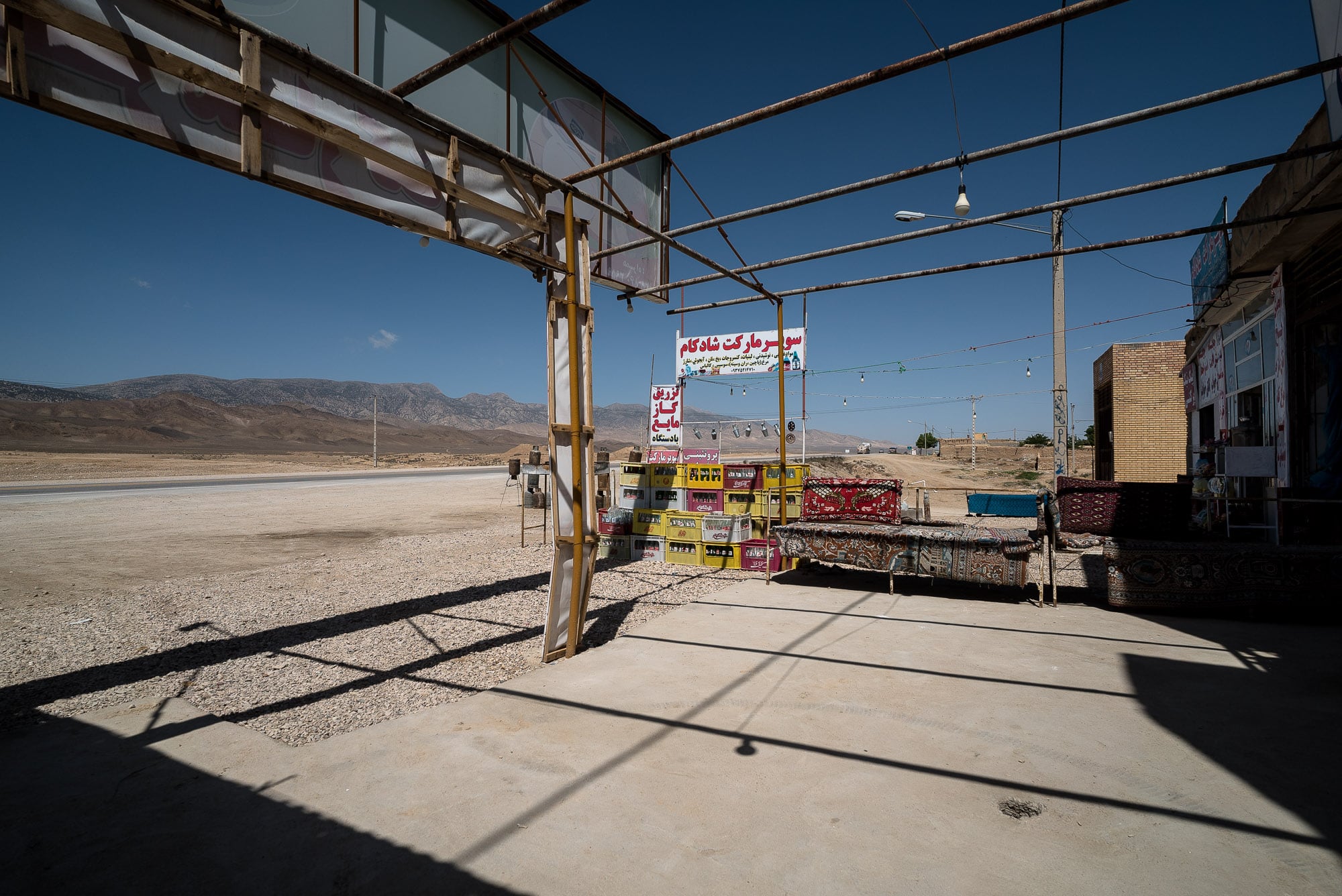 Then I saw something that looked like an ancient ruin: 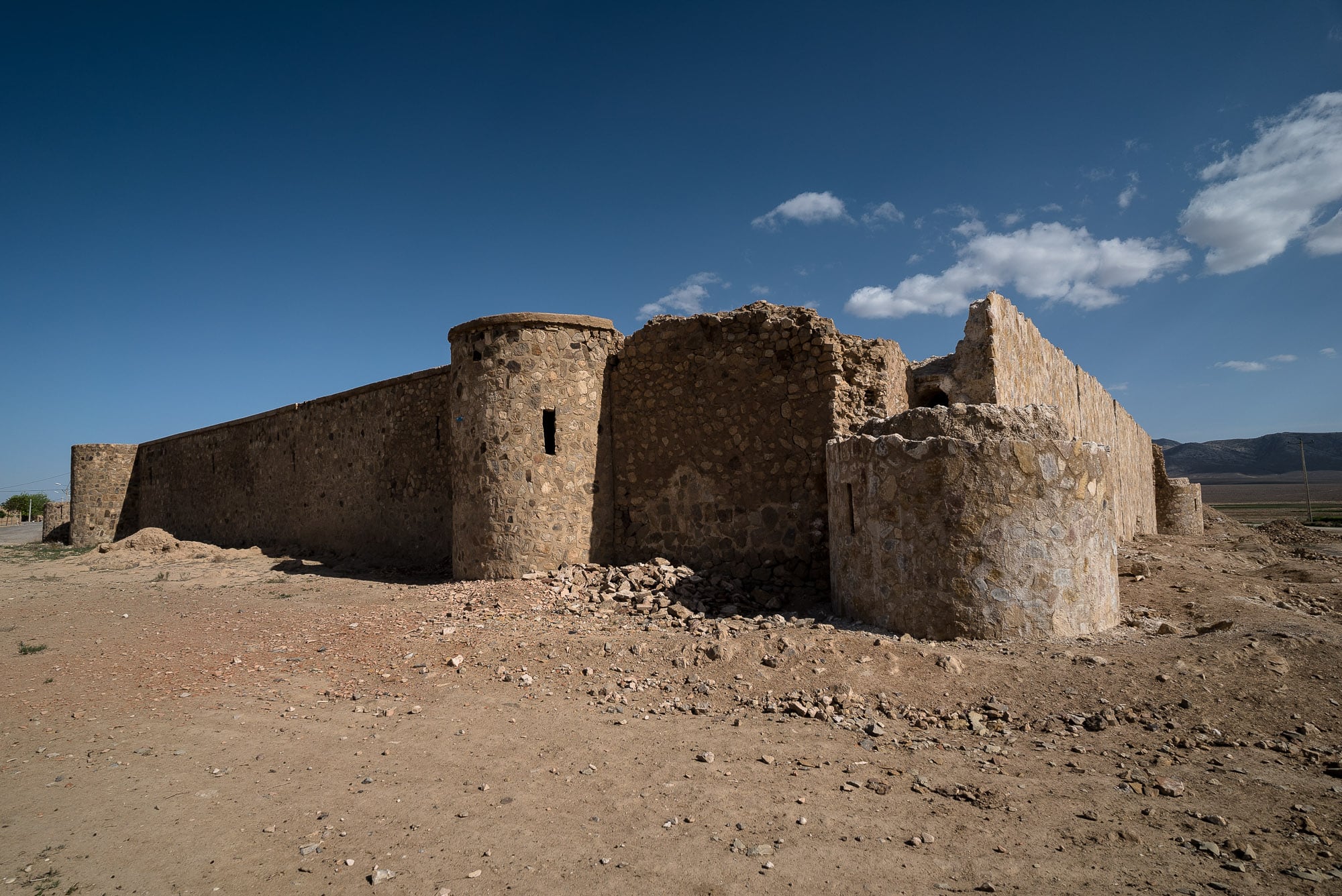 I figured it had probably once been a bazaar: 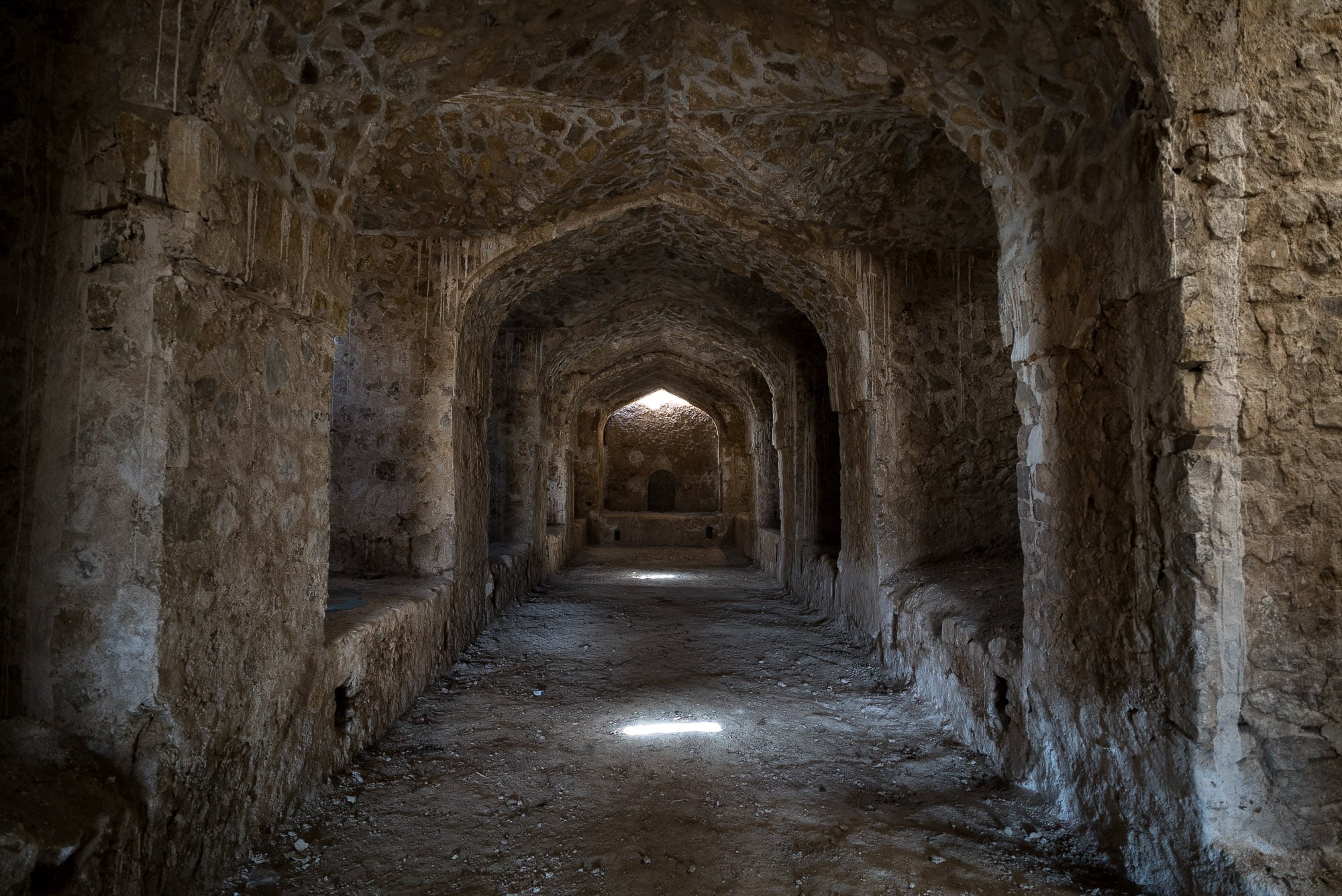 But I later learned that it was in fact a ruined caravanserai.

And there were more ruins out there: 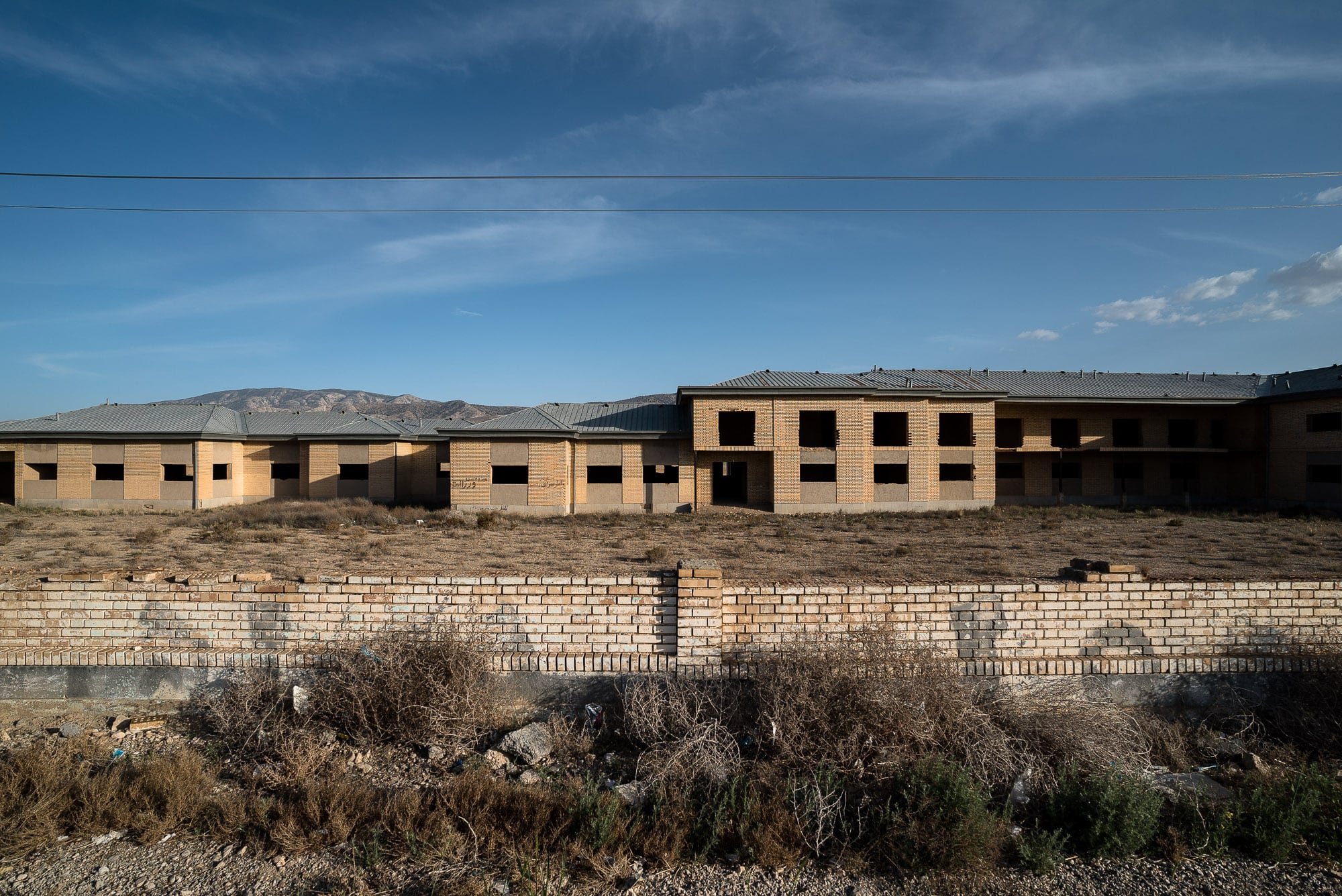 Though it was unclear if they had ever been finished.

When I reached this roadside mosque that was next to a small gas station and two shops, I felt exhausted: 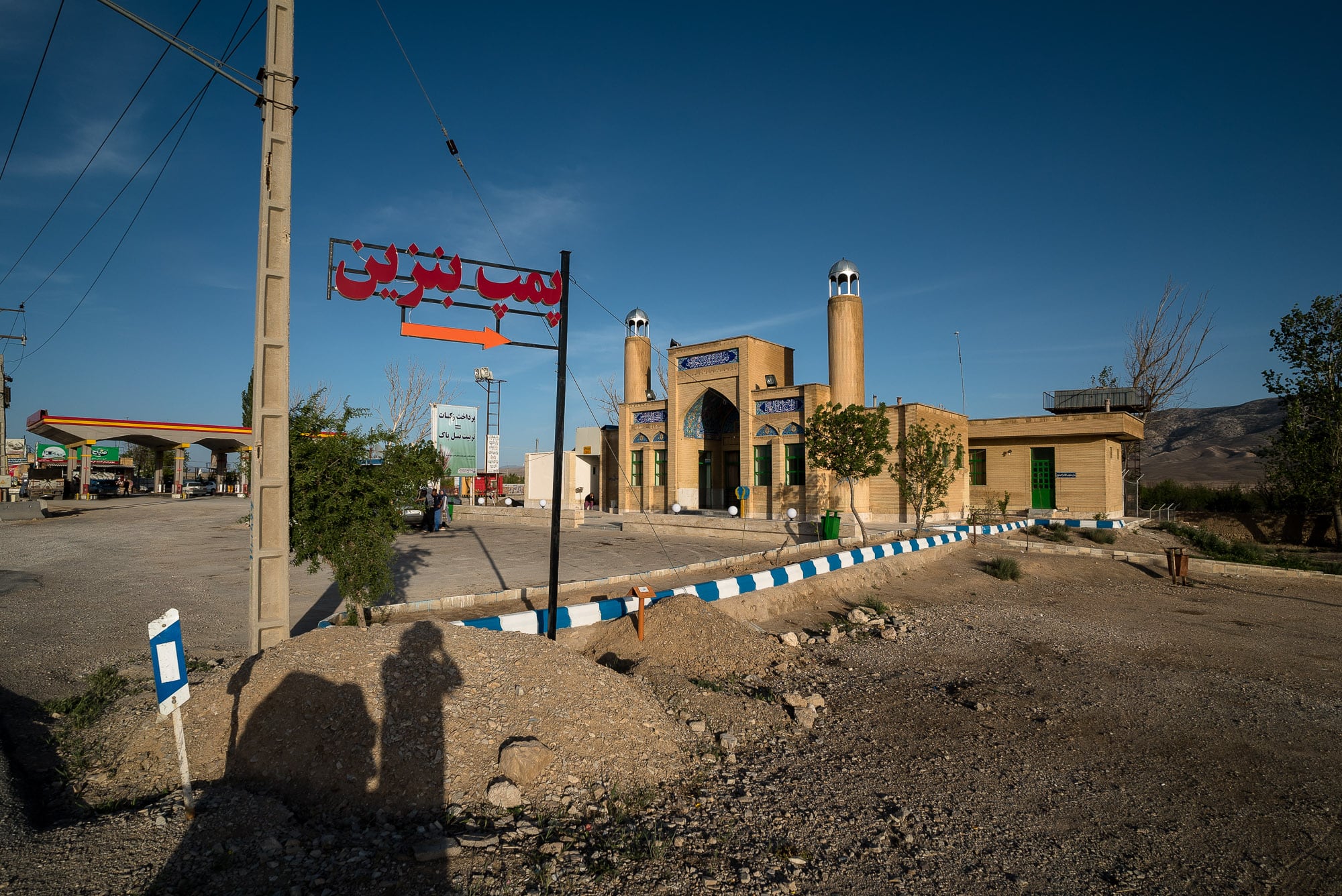 The next settlement was another 15 or 20km away, and it was getting dark. But Daniel, the old caretaker of the place, put me up in the closet of the mosque, a neat little place where I would be protected from the cold winds that were blasting the land.

I sat down outside and had one more of my canned beans in tomato sauce that I had bought last September in Uzbekistan. 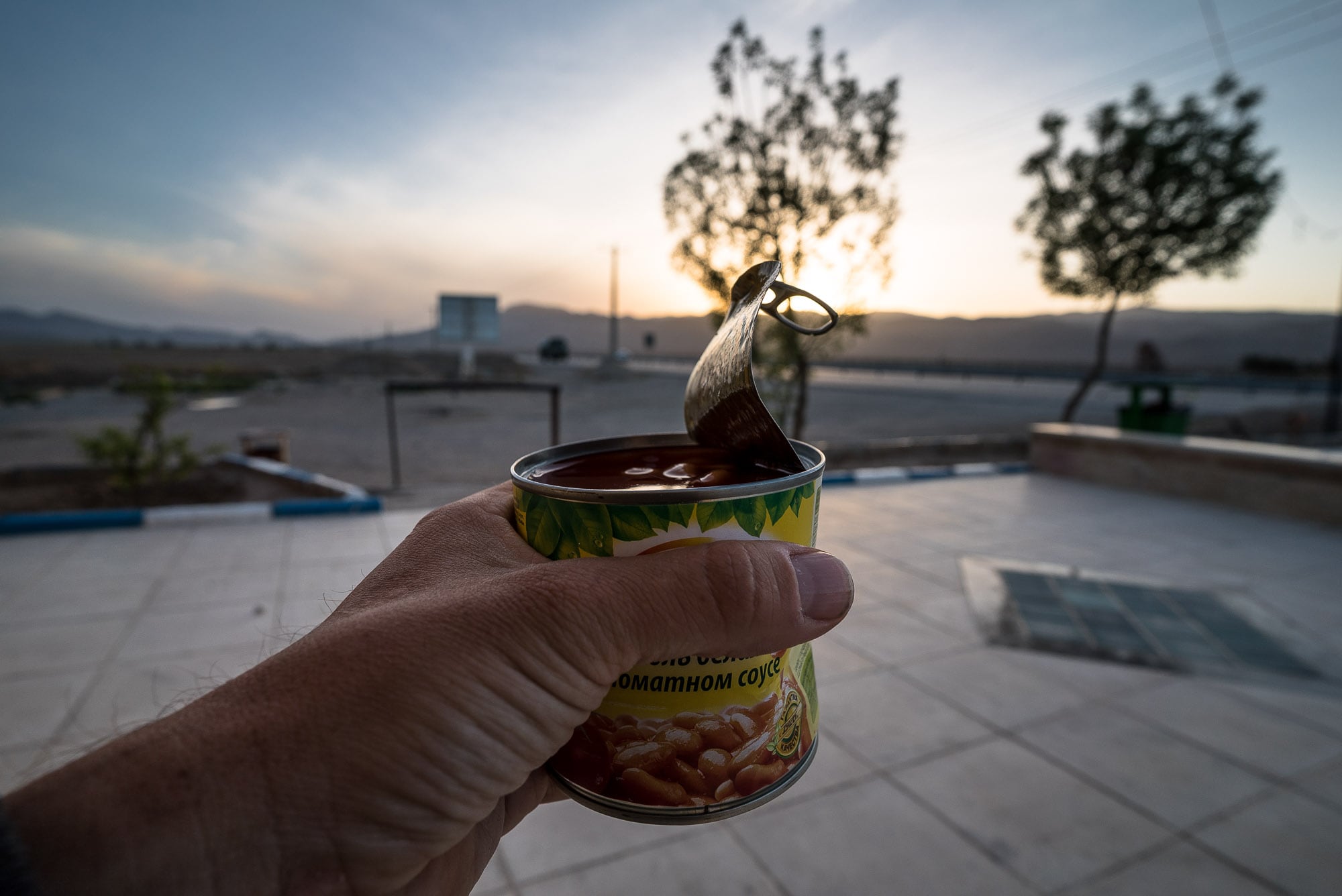 I was happy I didn’t have to walk against the wind tonight.

Day 1098
from Aspakhu to roadside mosque