I had spent the night in a nice little hotel on the roadside, and in the morning I took some photos with the owner: 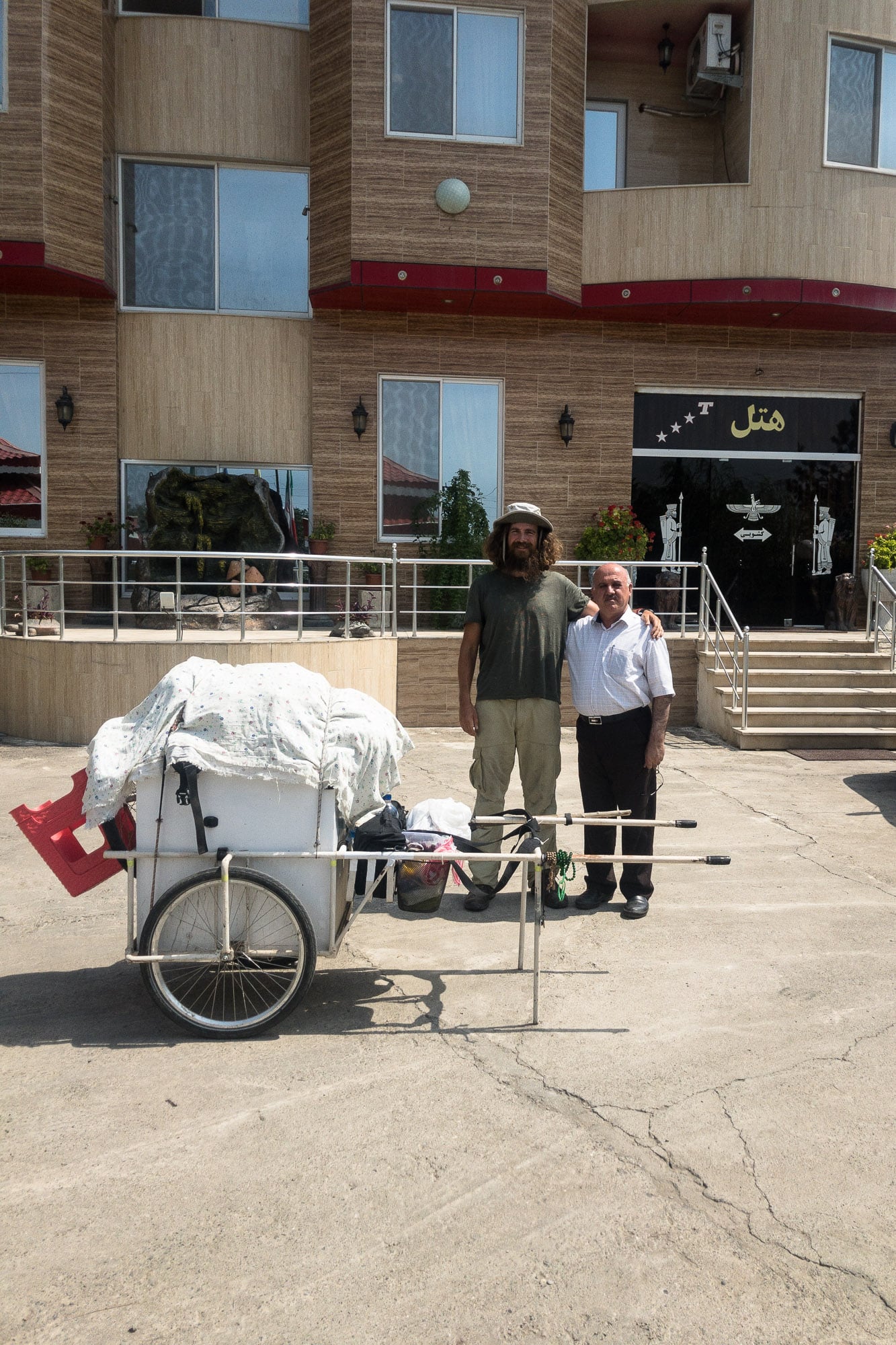 Then I was back on the asphalt again: 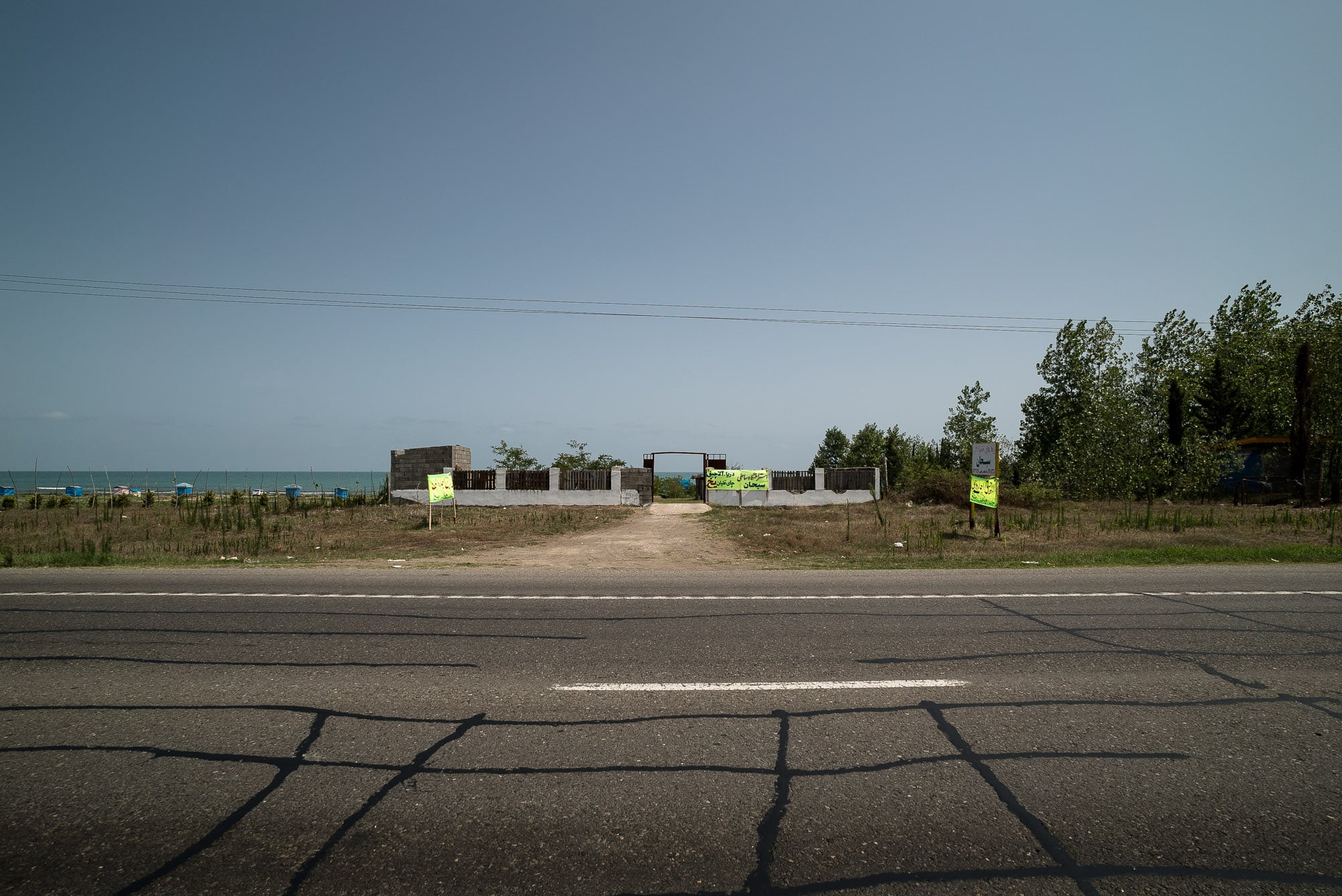 The Caspian Sea was always there, waiting for people to swim in it: 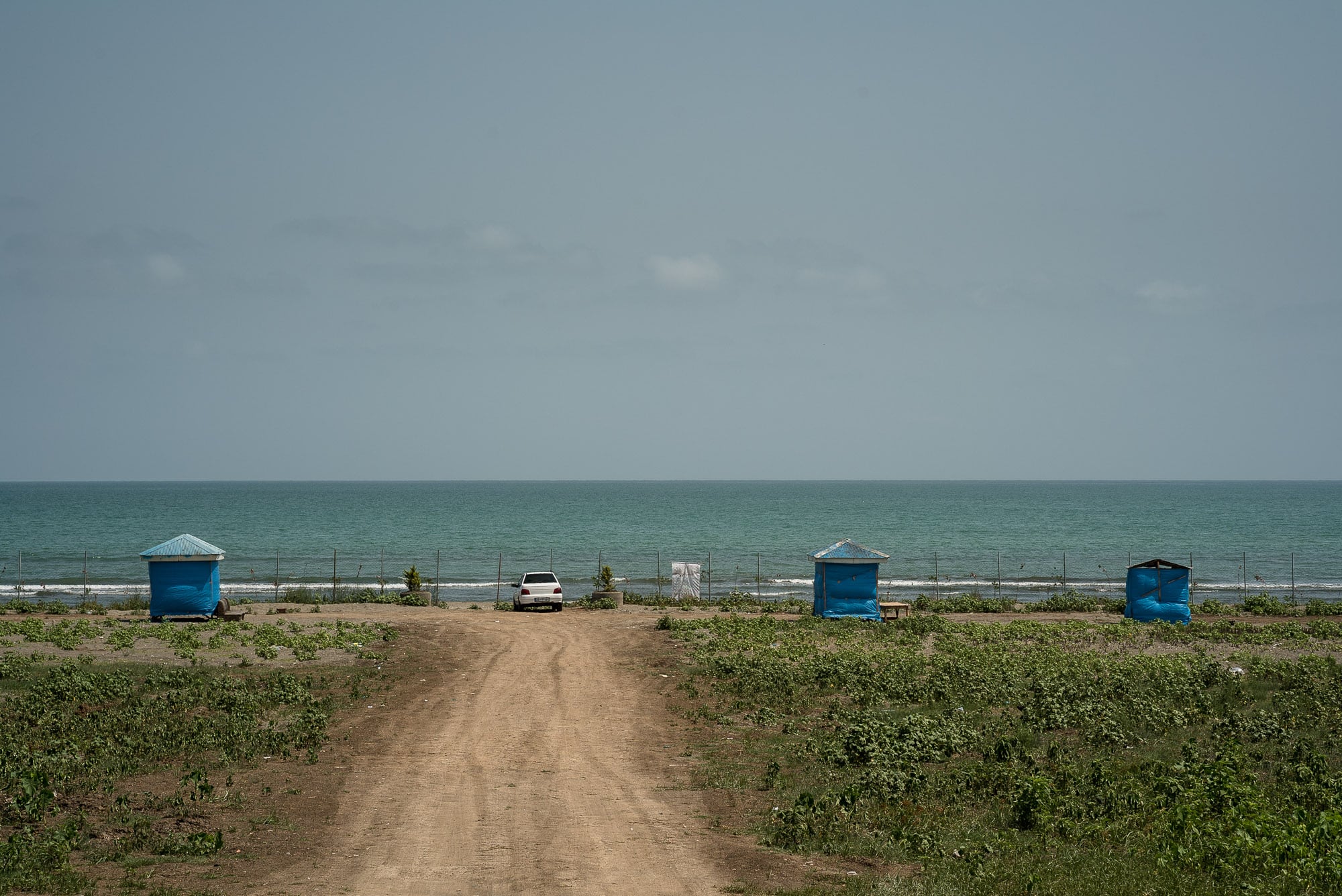 But mostly it was just releasing its humidity into the air: 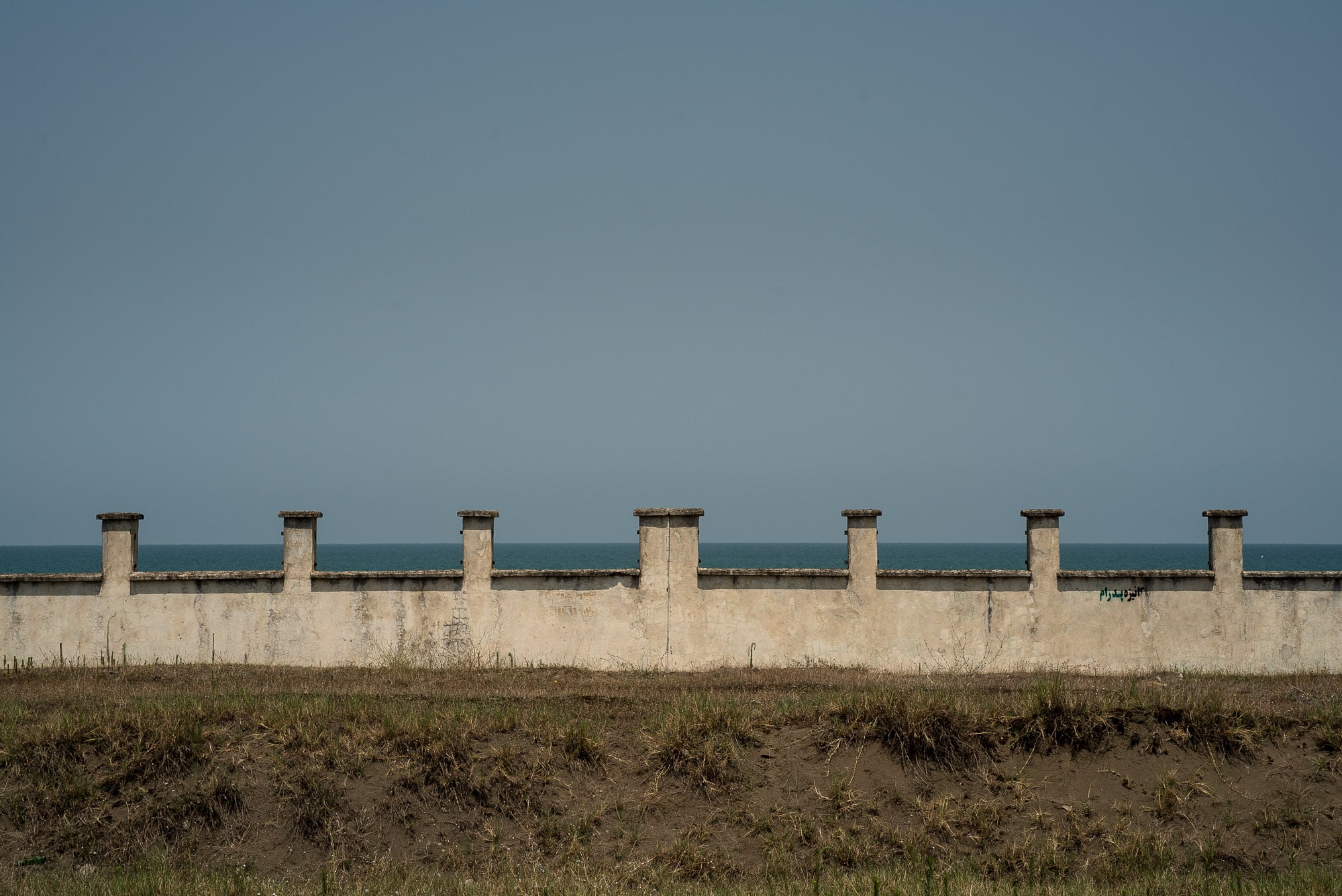 Most of the day felt a little bit like walking through a steam bath: 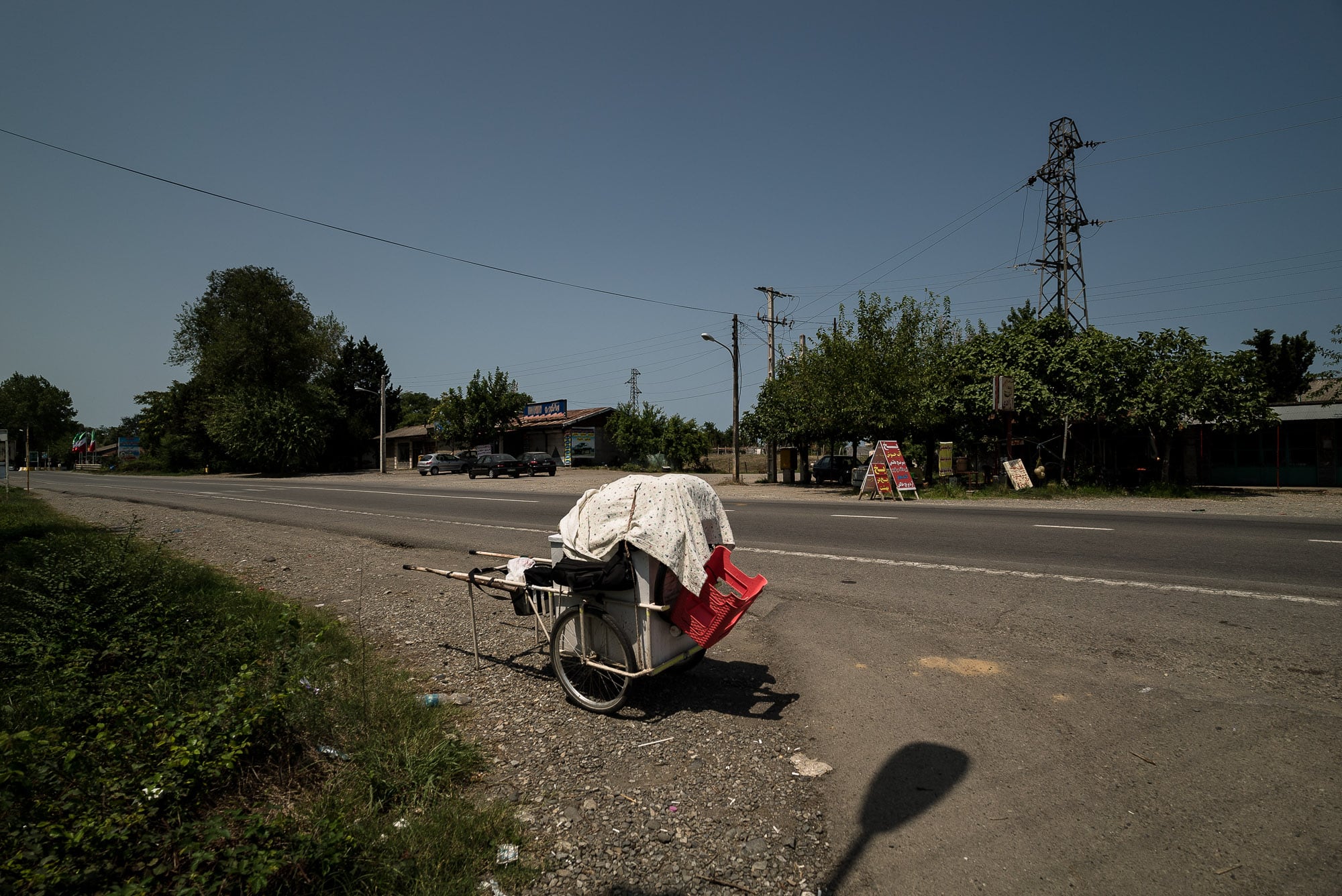 We found a shady place in front of a car body shop. I sat down and had some peaches and some canned vegetables: 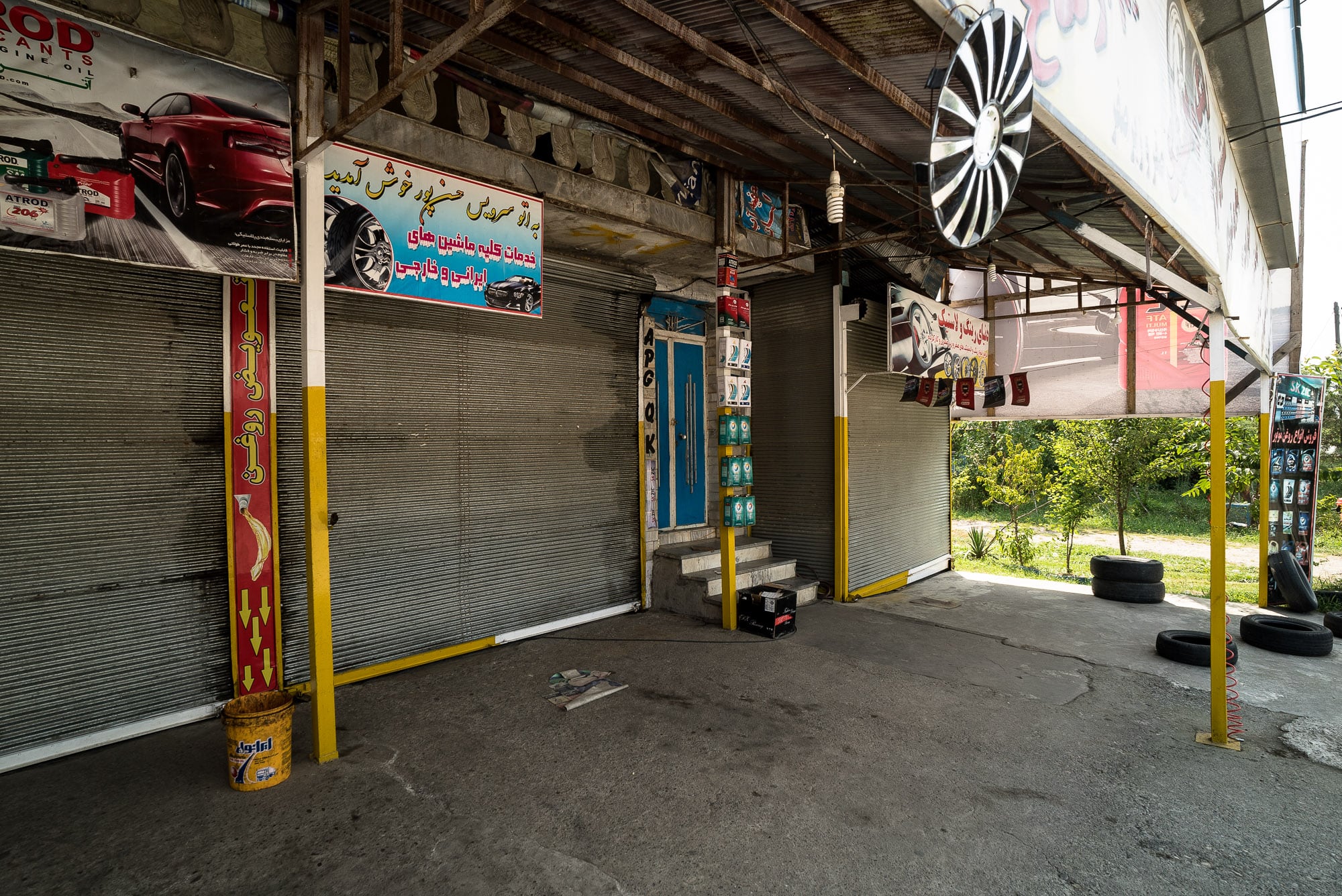 I spent more than an hour there, looking at the traffic on the road. It wasn’t much – a few cars, a few trucks. Apart from that, there was just hot, damp silence: 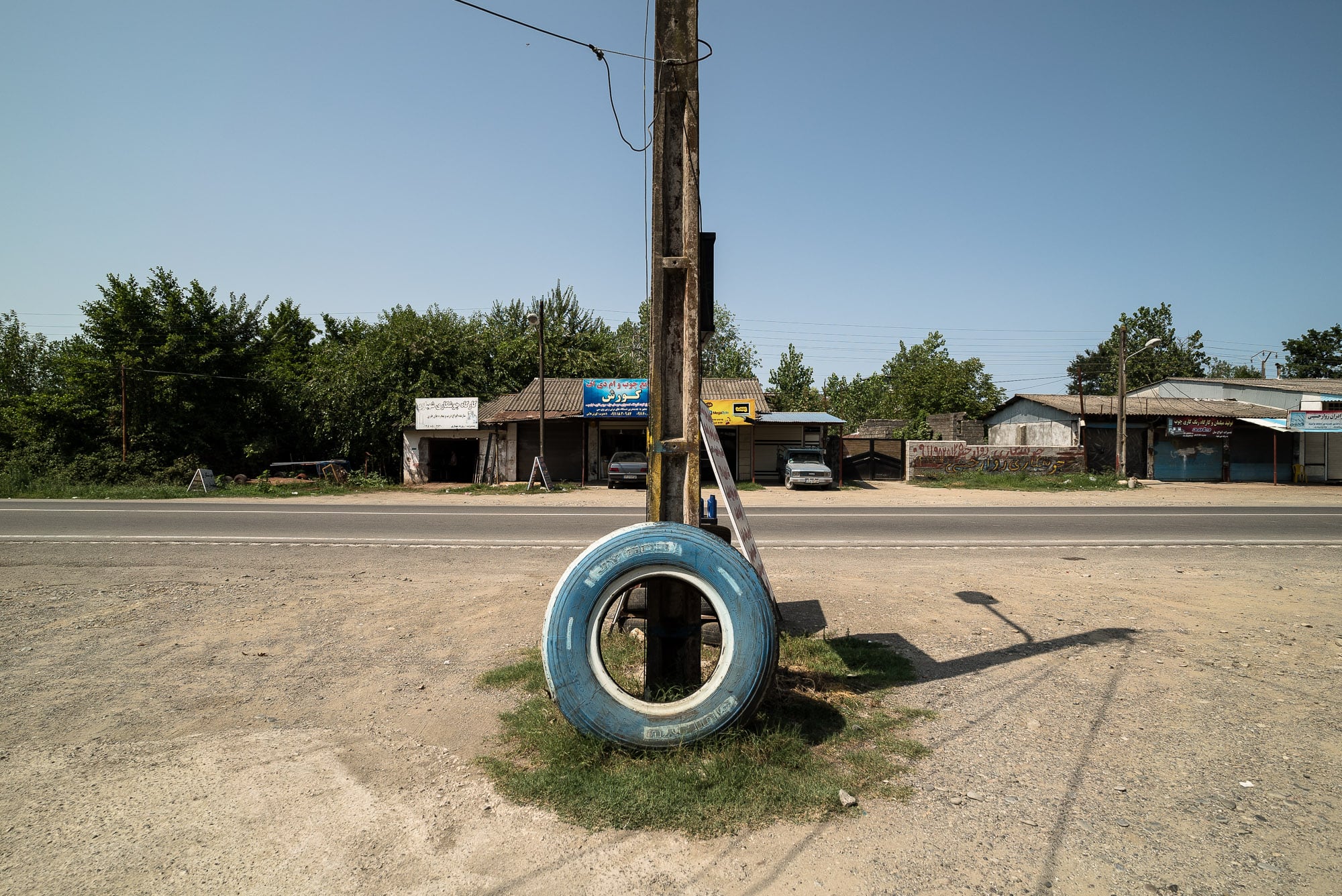 I noticed that there was a detour through the villages that seemed very promising, so I took it. There were fields: 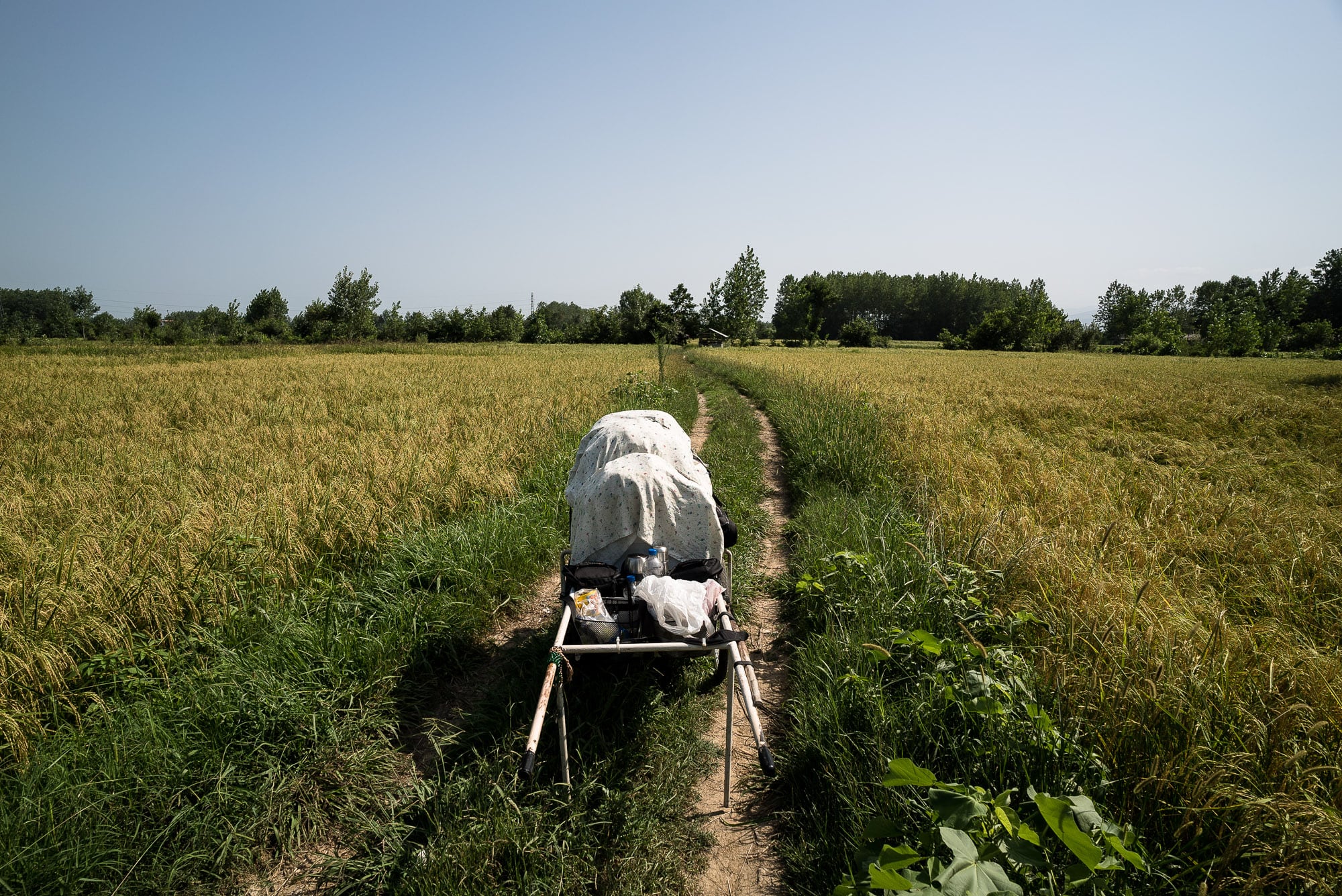 There was the occasional trash container: 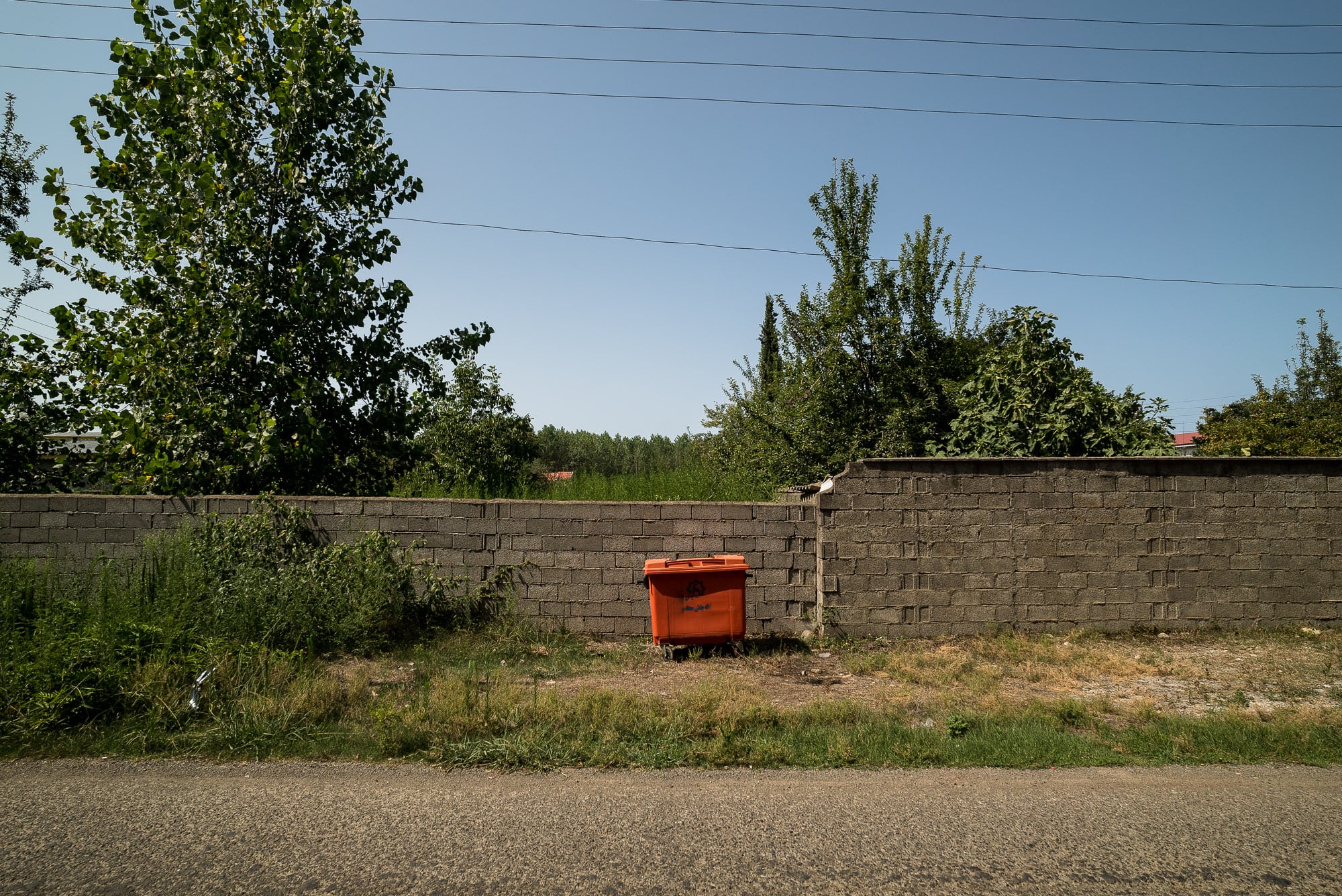 There were country houses on stilts: 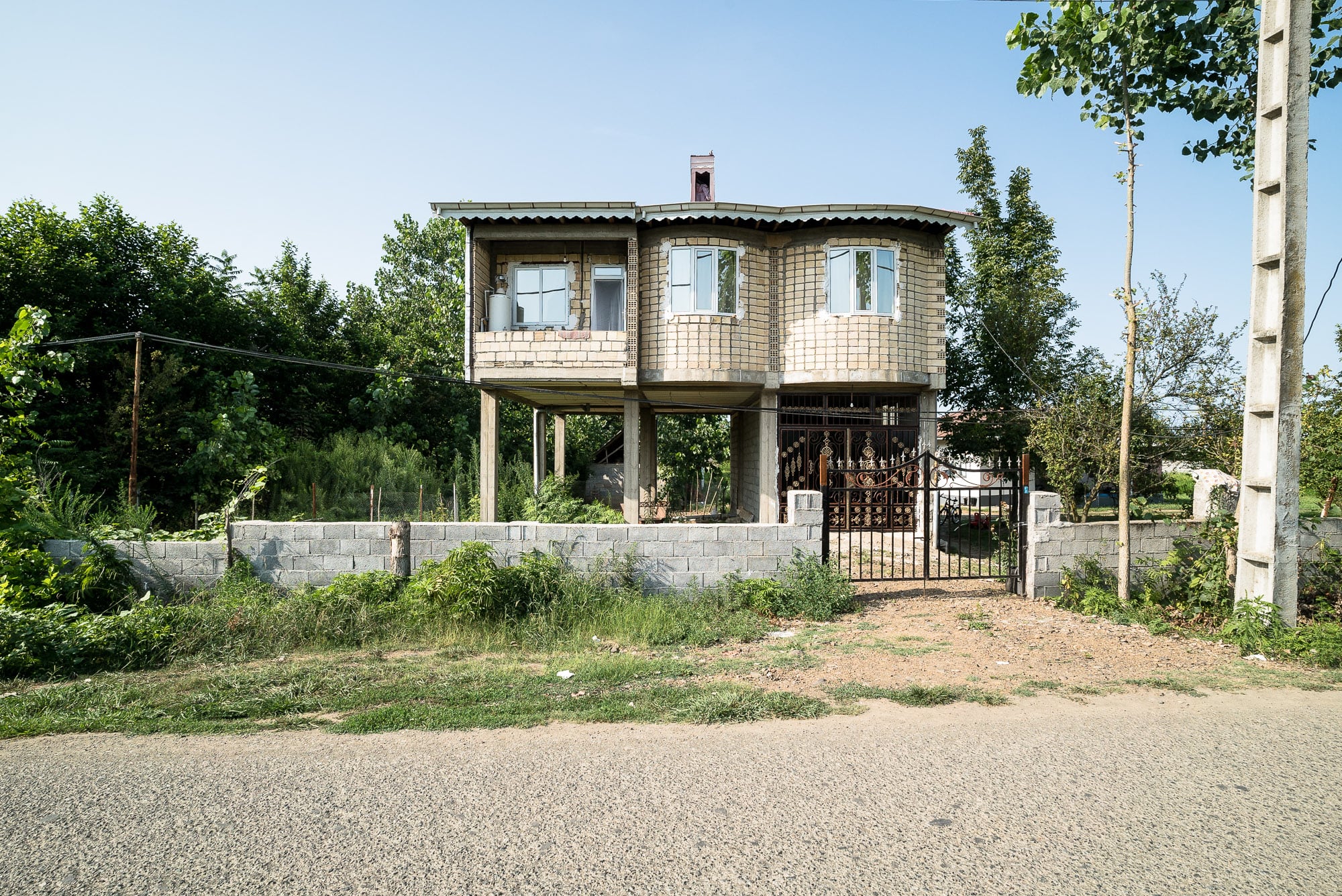 Then the Caboose and I left that road, too, and set out on a little gravel track: 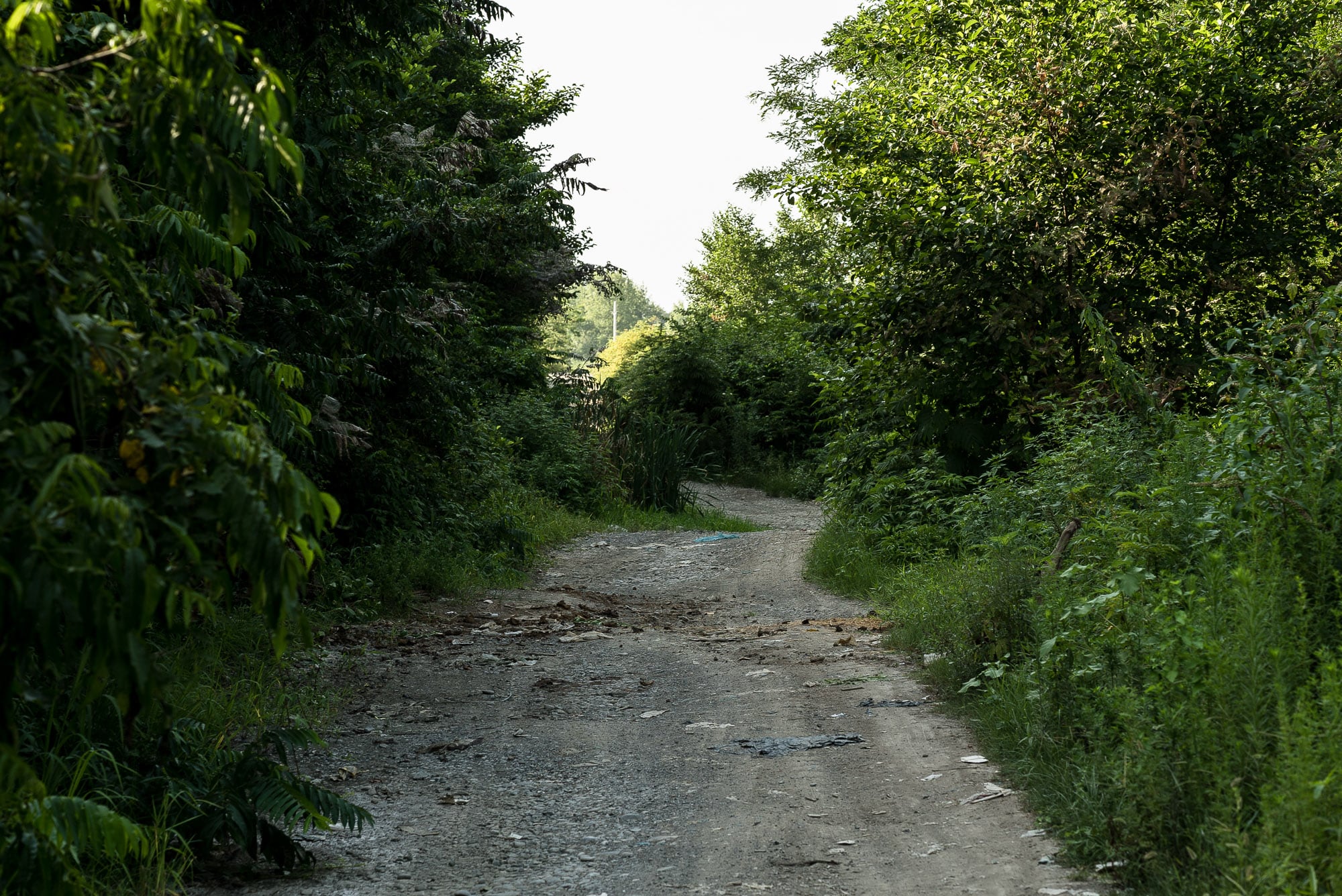 I was a bit worried about having to ford waters again, but there was a nice bridge with two flags: 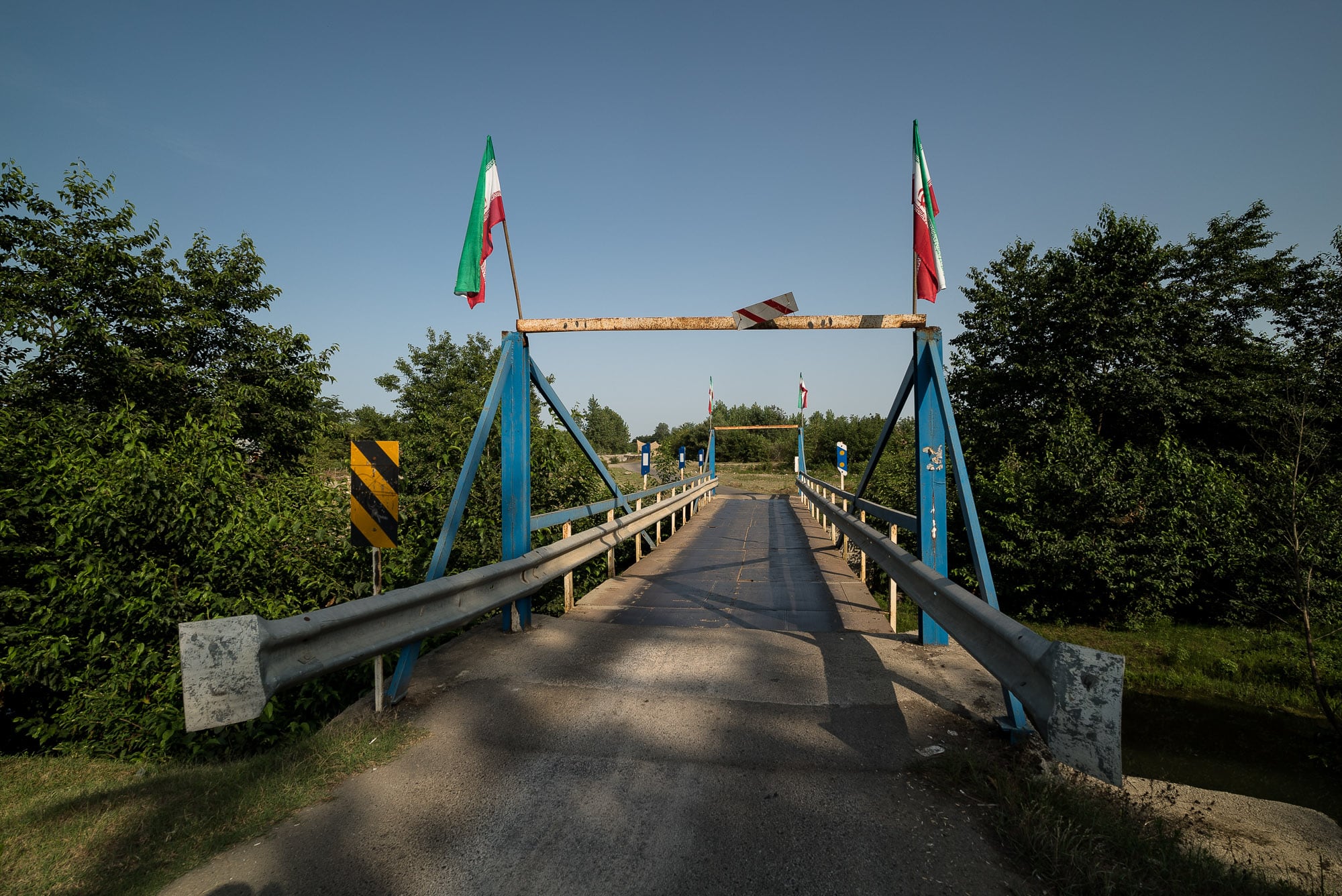 And after that, there was one of the most beautiful stretches of road I had ever walked on: 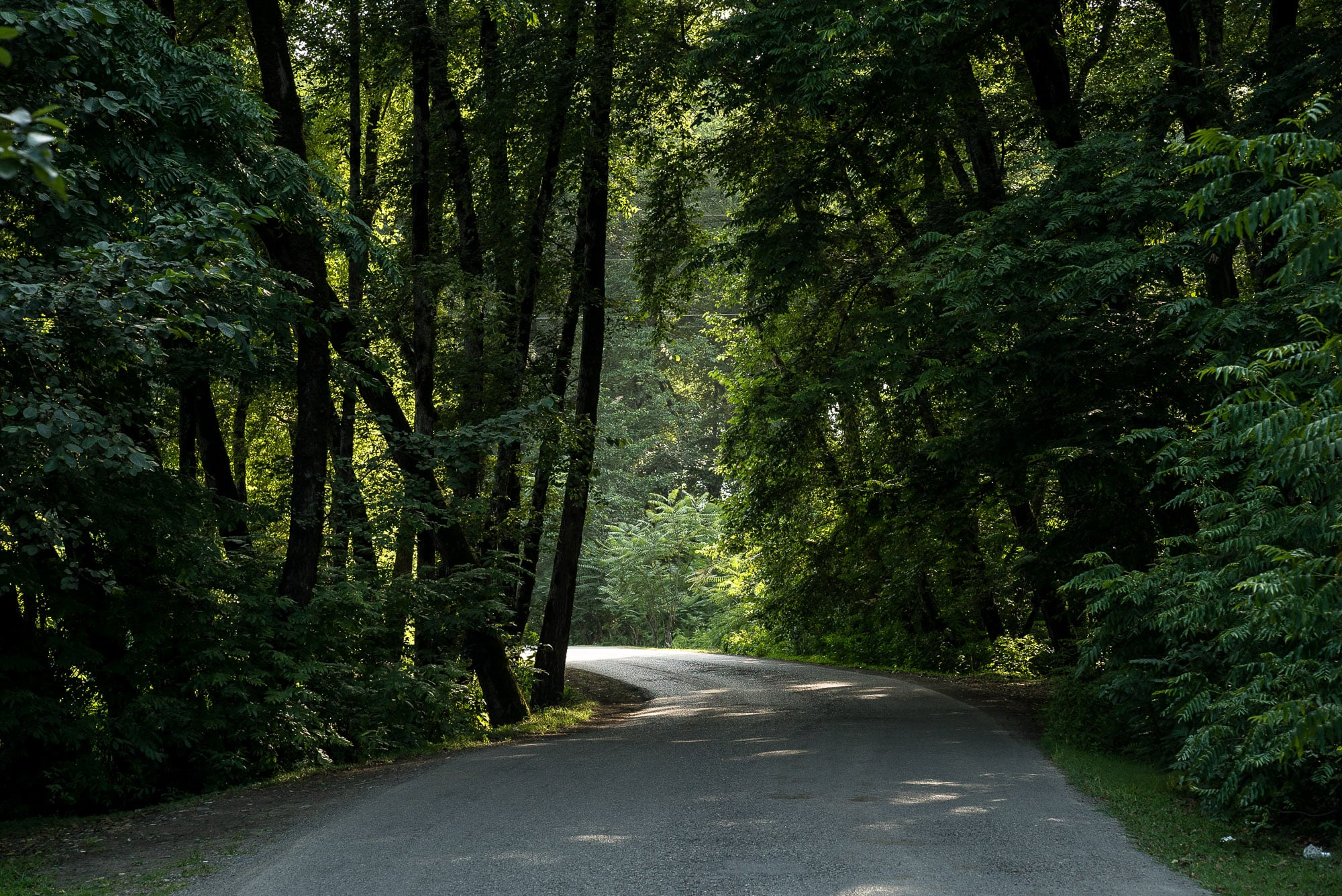 (Okay, you have to mentally get rid of the trash in the lower right corner.)

Then, suddenly, as I was still fawning over the beauty of that road, I found myself back on the highway: 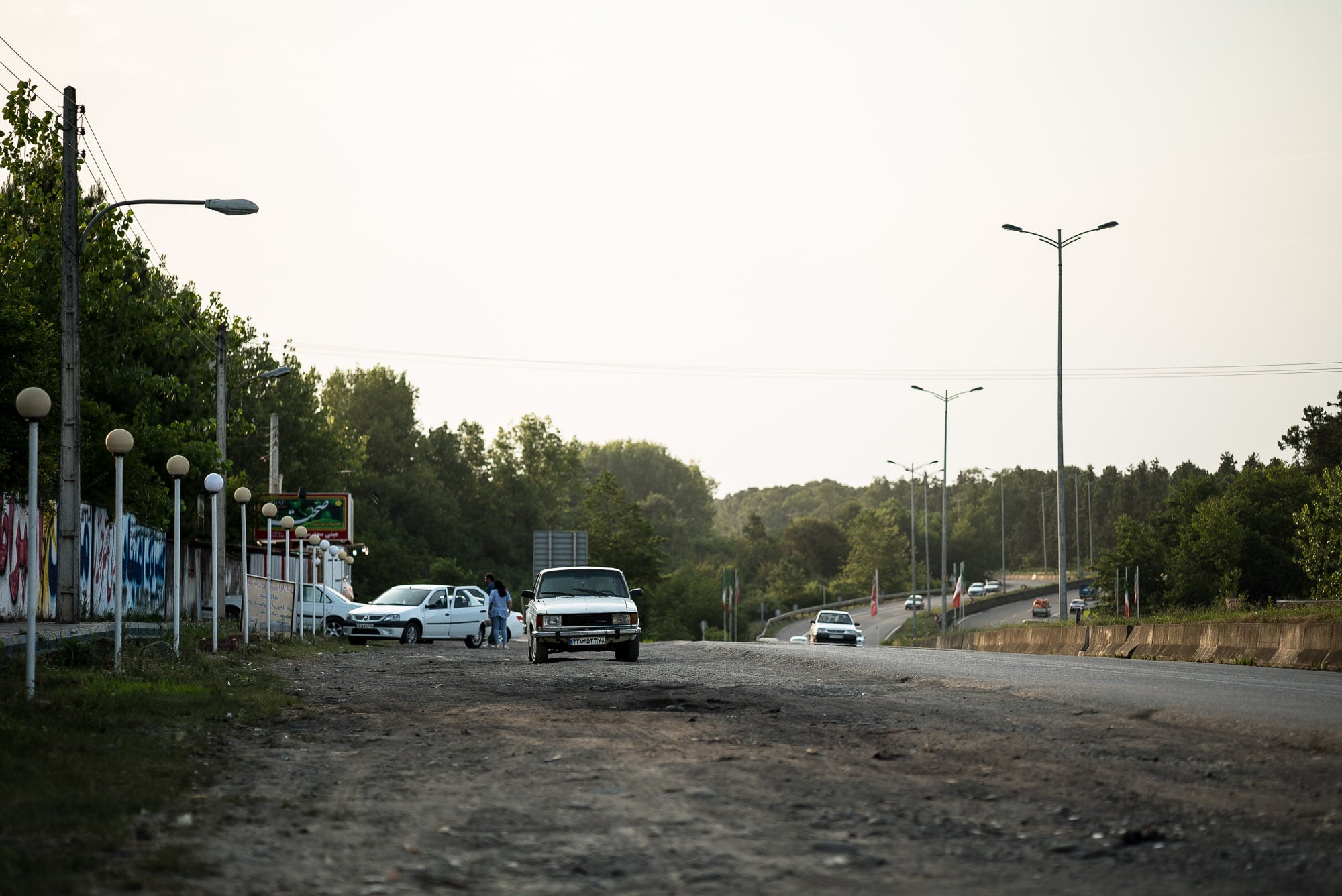 I was still able to see the forest, but only from a distance: 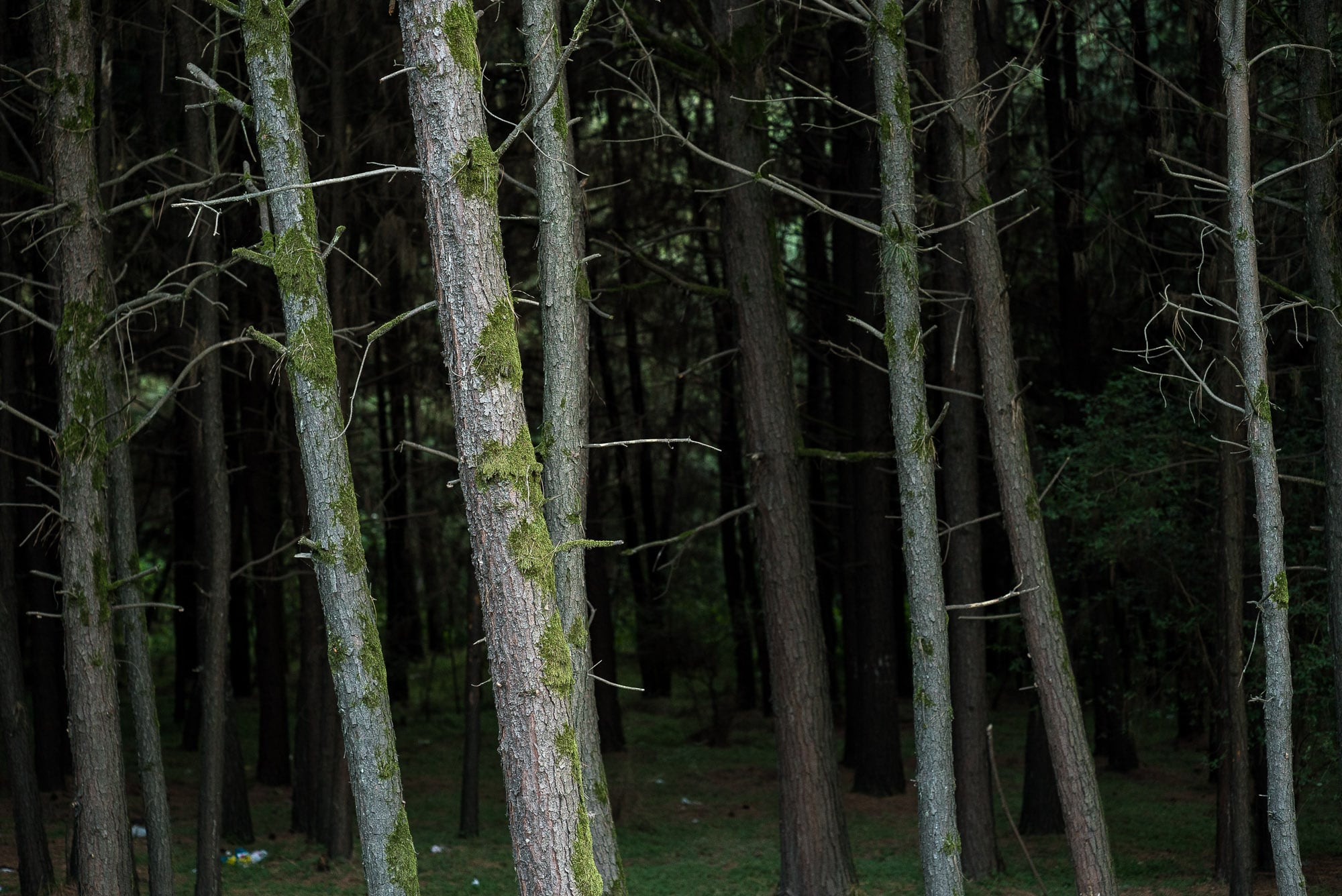 I walked until sundown, which was when I reached the little town of Paresar: 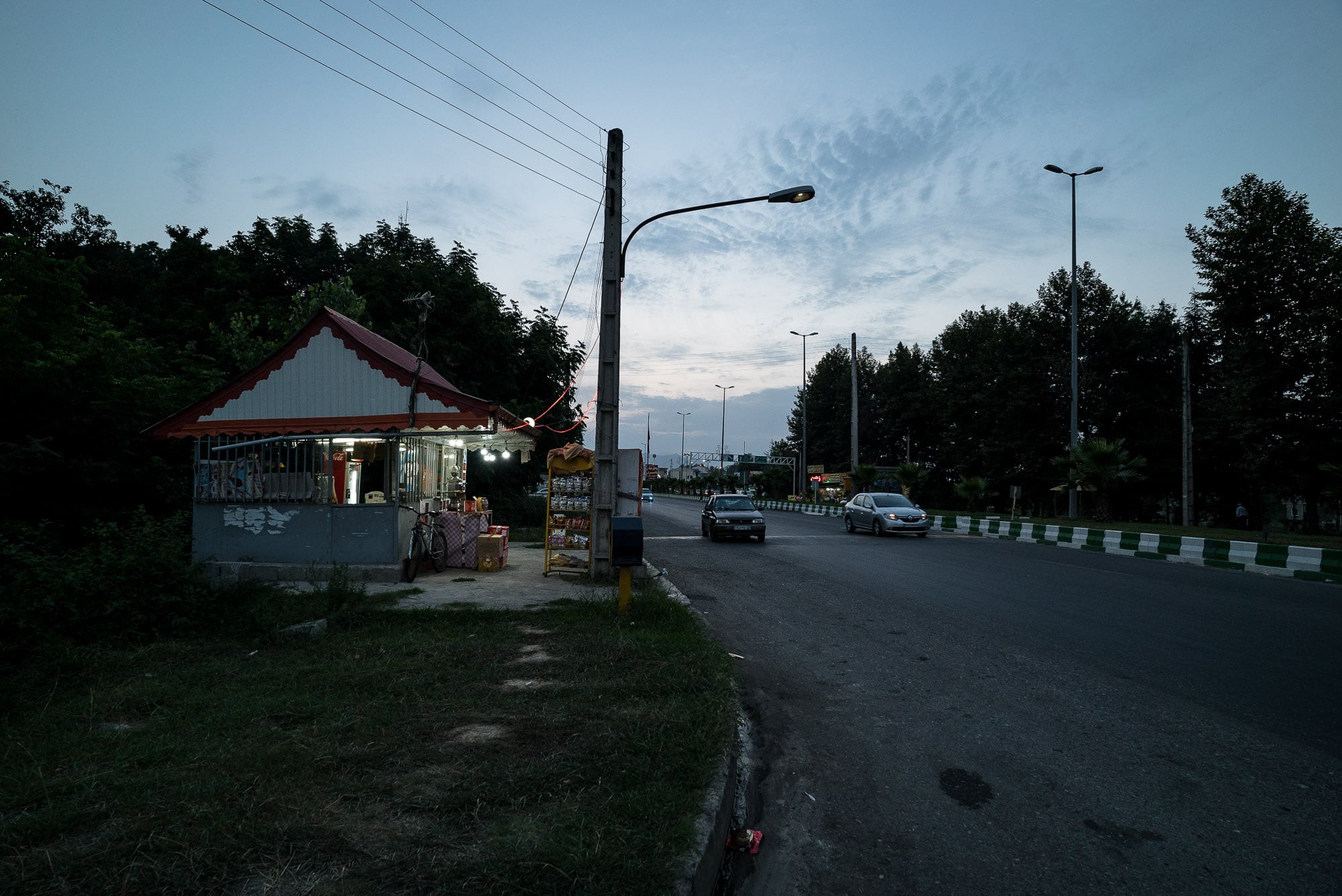 I walked past its main mosque: 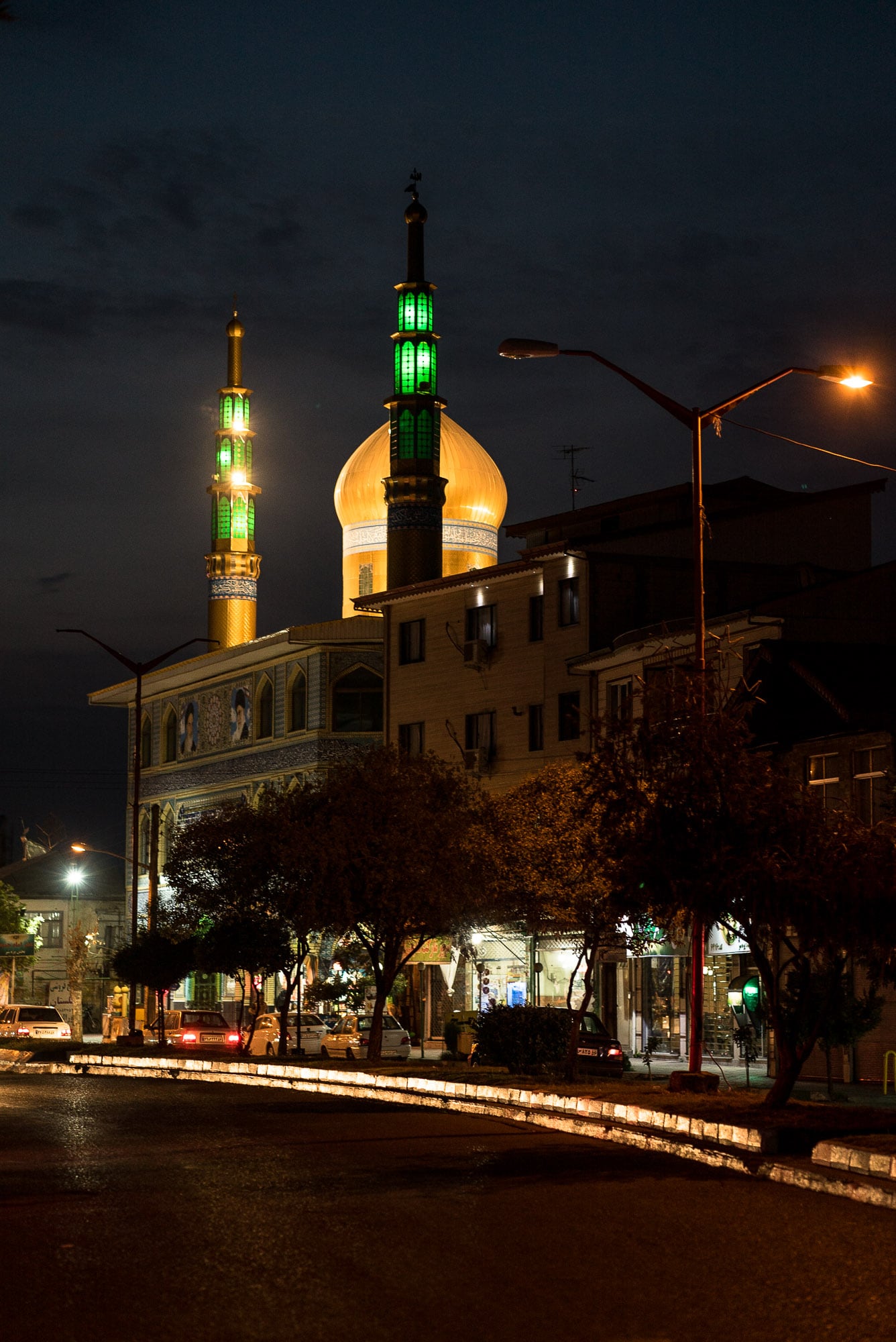 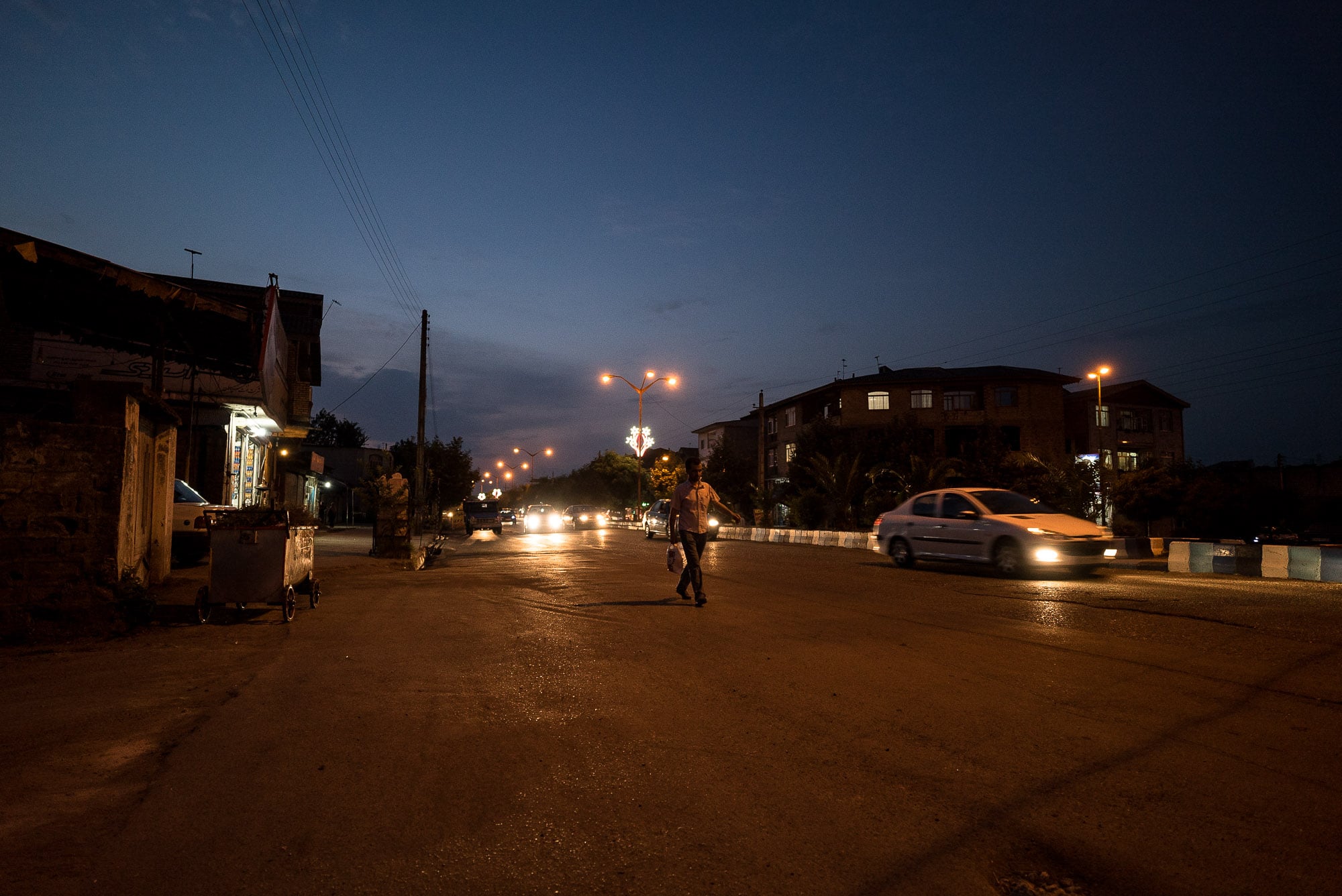