This morning my friend Hooman took me to a waterfall: 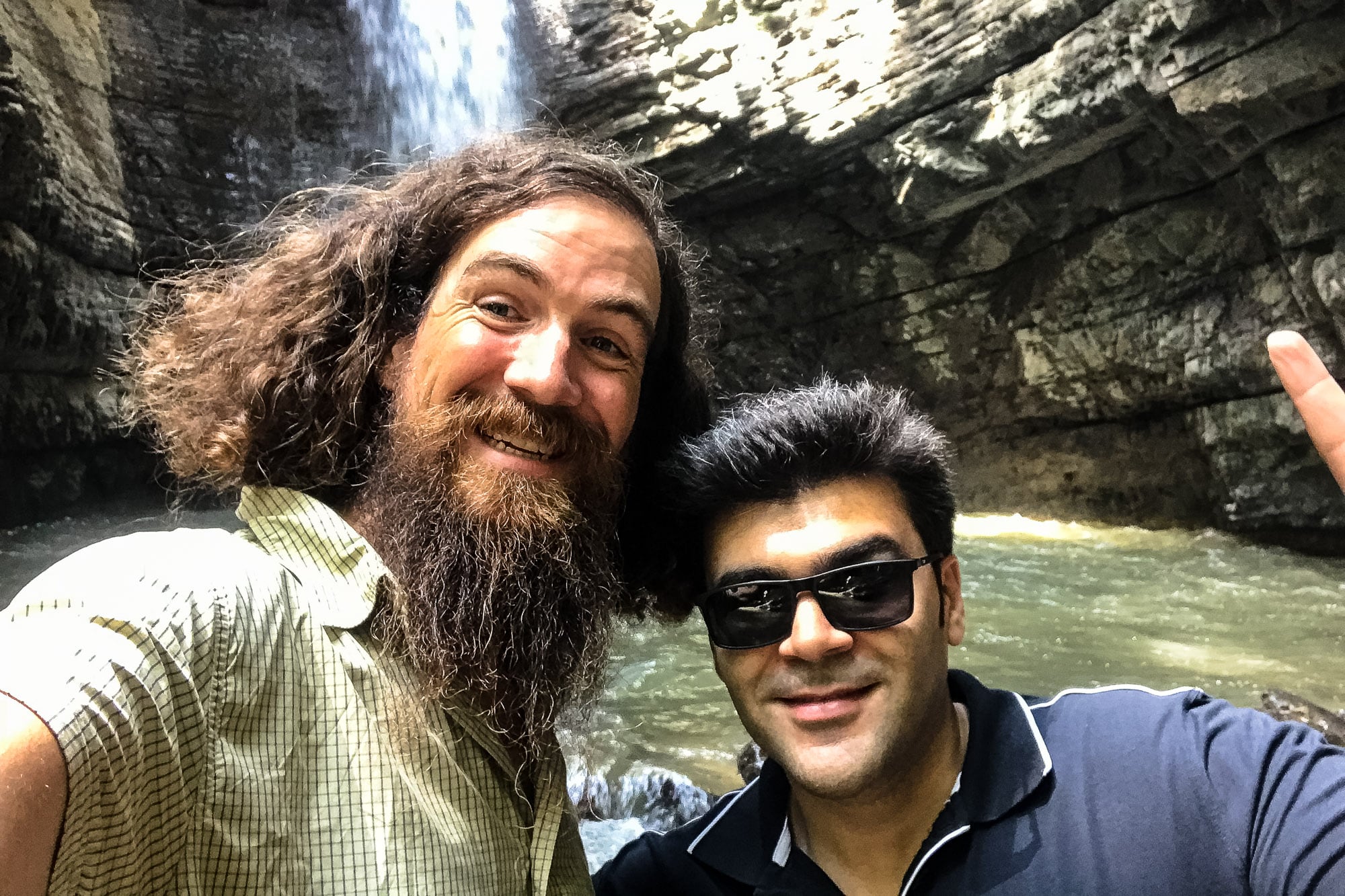 But first, we had to cross this bridge: 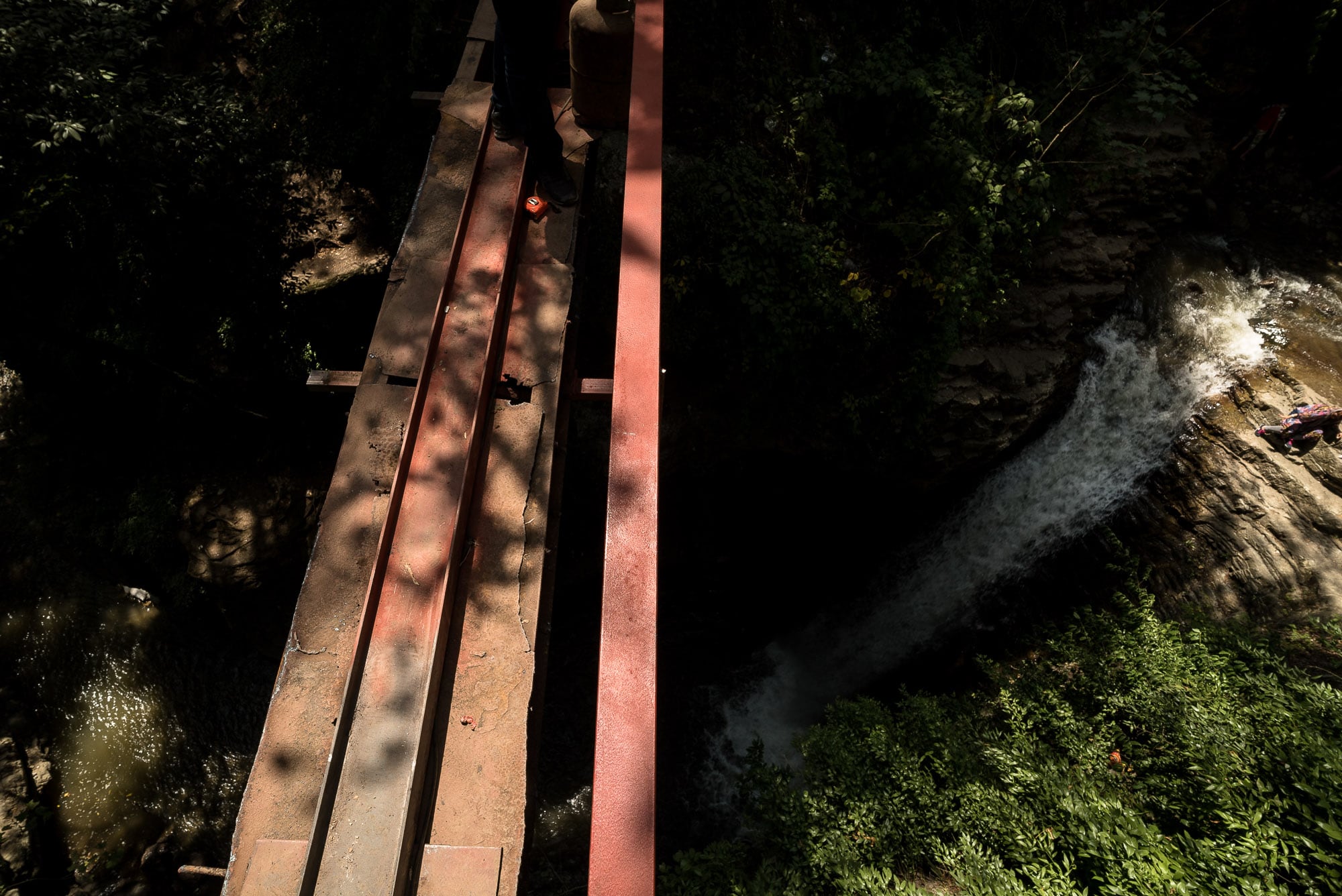 The waterfall was enchanting: 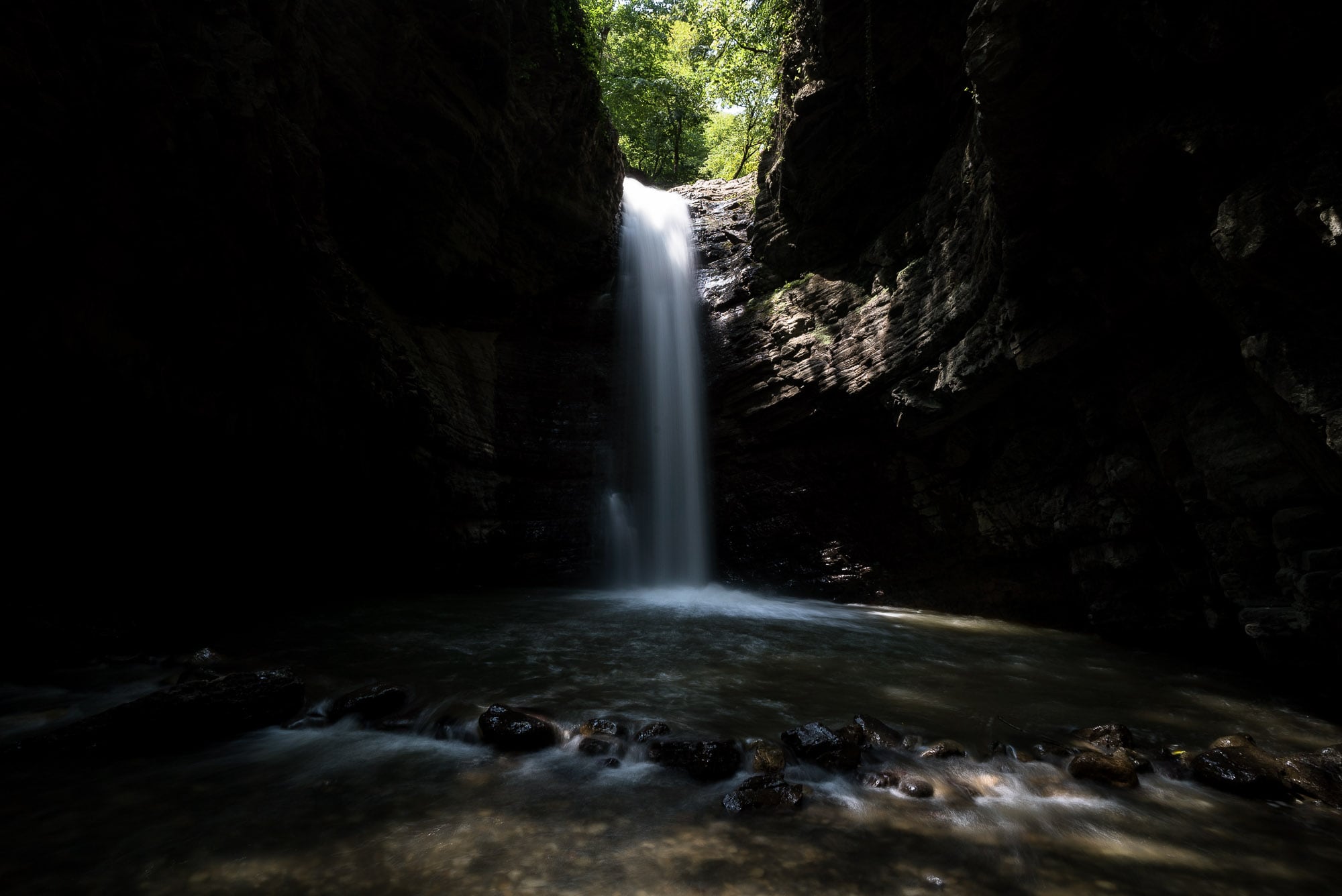 It was the kind of place that makes you want to take off your clothes and swim (and possibly drink a Mojito). Of course none of this was possible. But it was awesome to be there anyway: 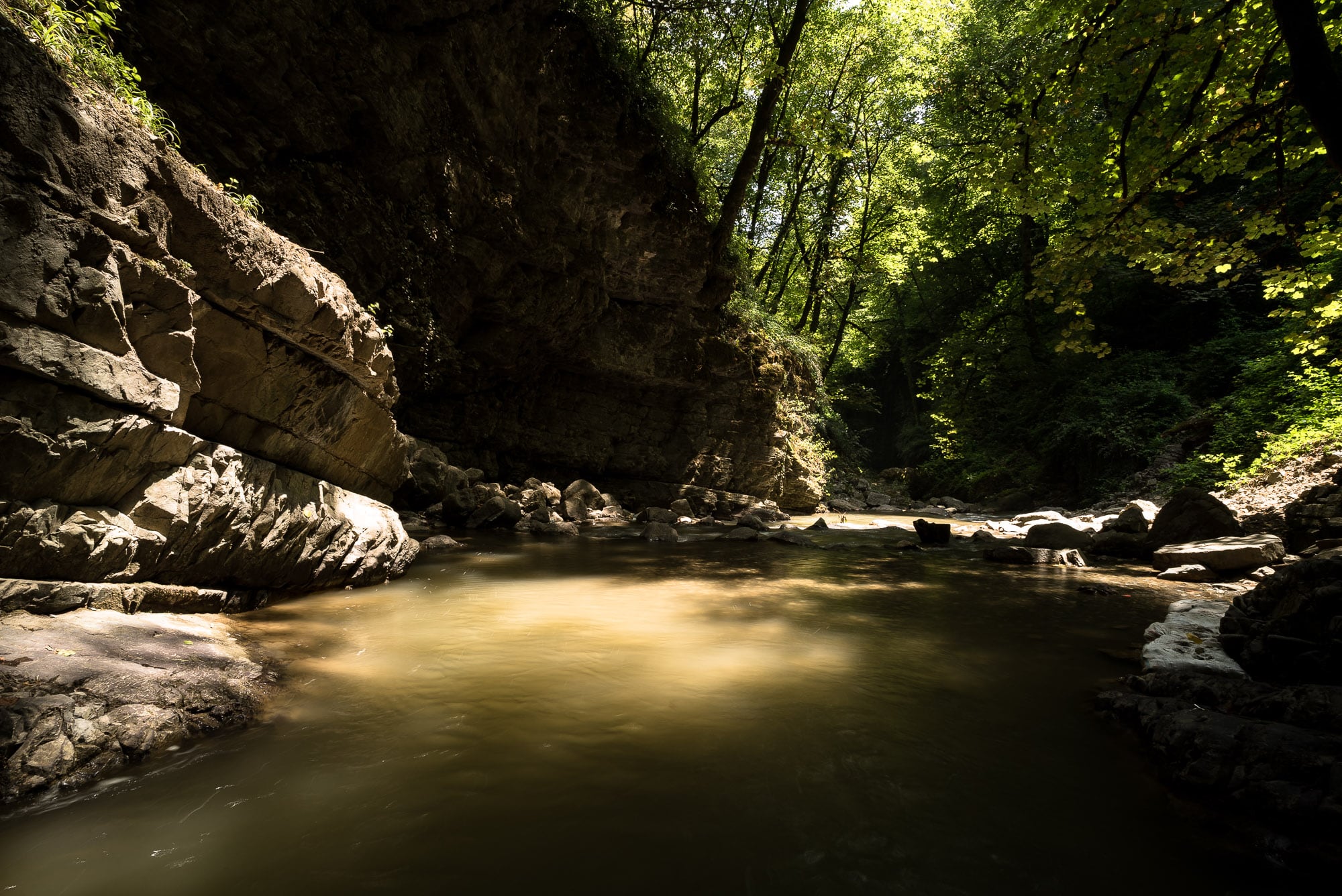 On our way back we had to cross the bridge again: 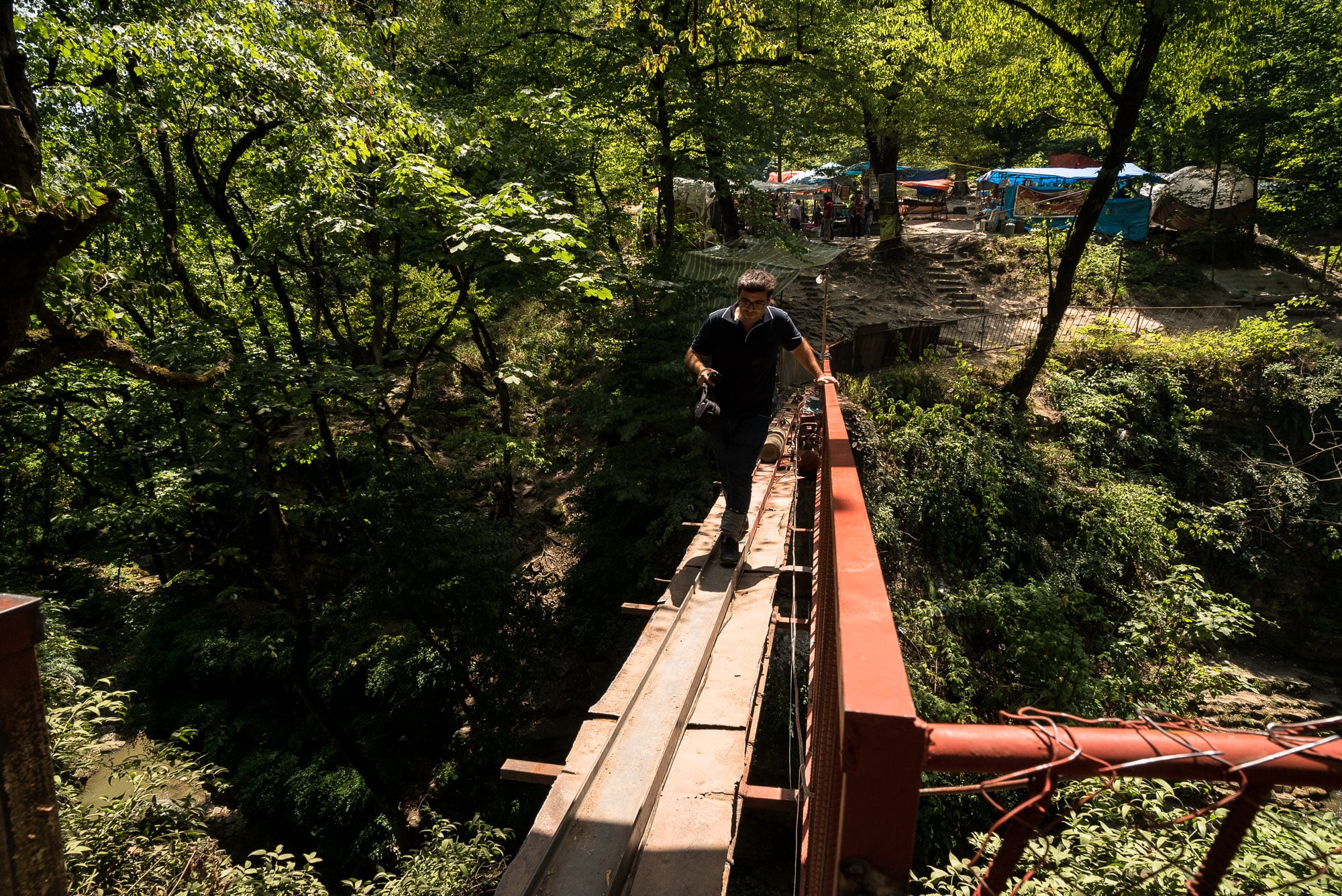 Then Hooman and his family invited me to lunch: 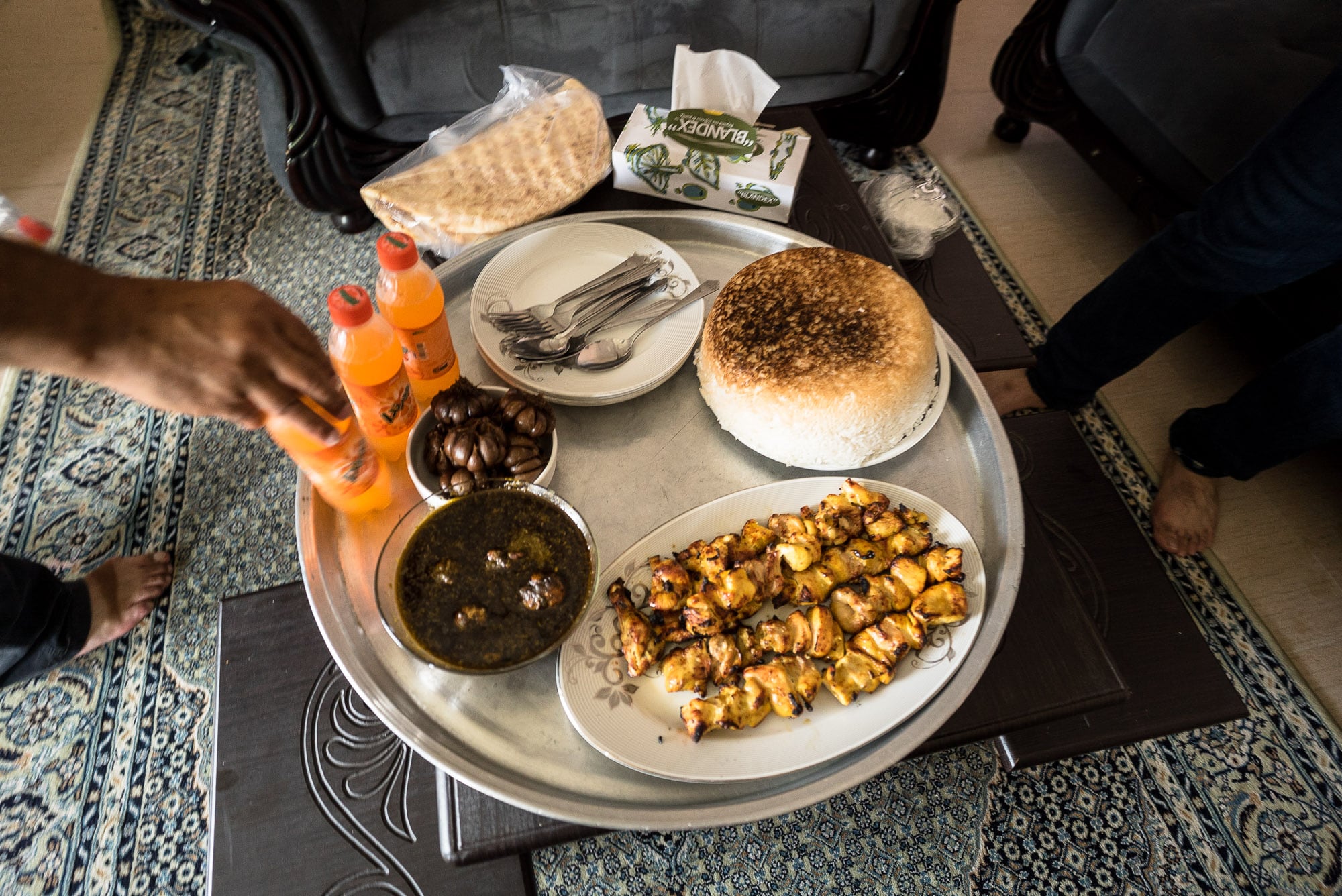 And then I got back on the road. It was a sunny day, and with only 13 kilometers to go it was going to be an easy day, too: 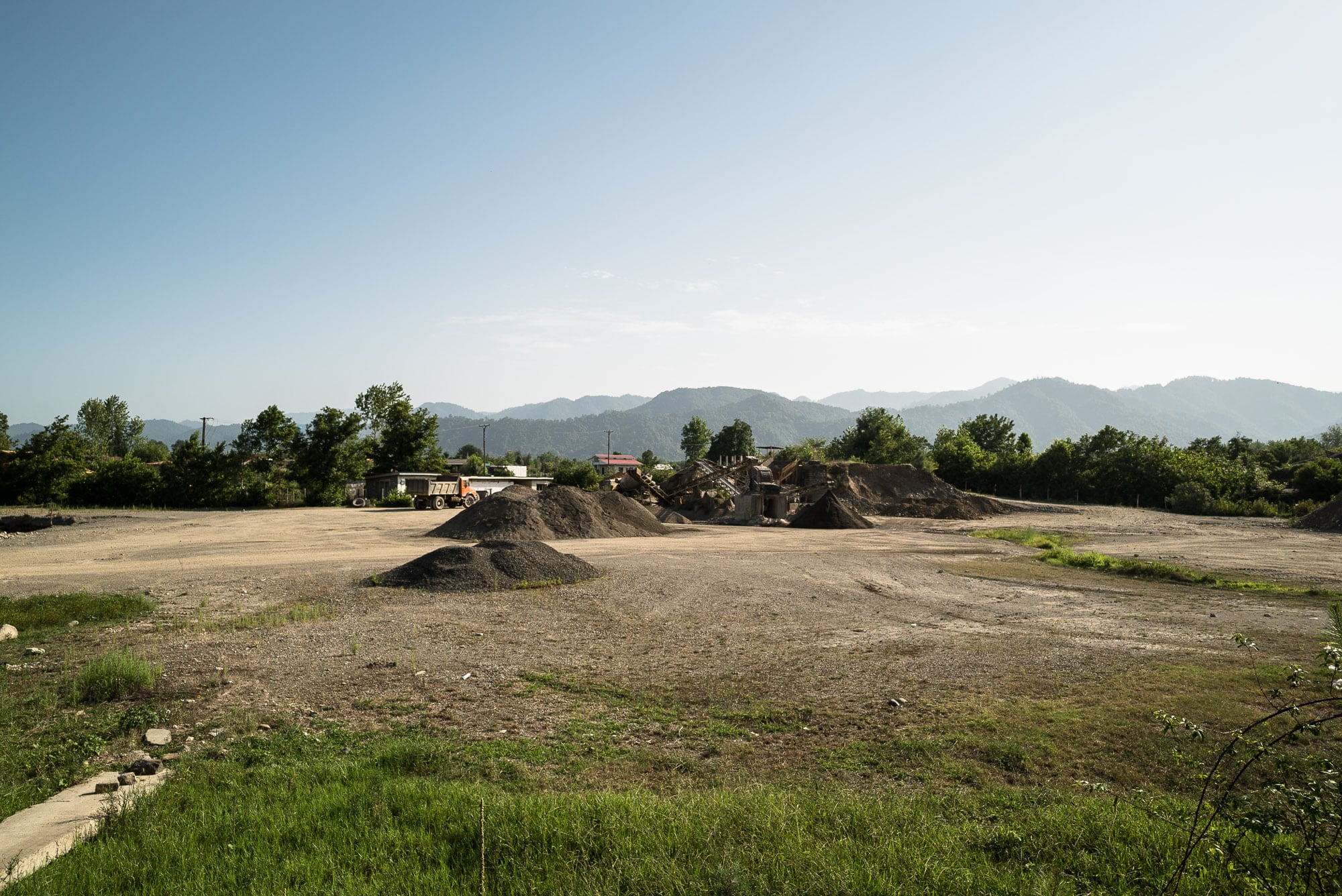 It wasn’t so easy for Iran’s drivers, though. Just as there were occasional power outages, there were also gasoline shortages, and today was one of them: 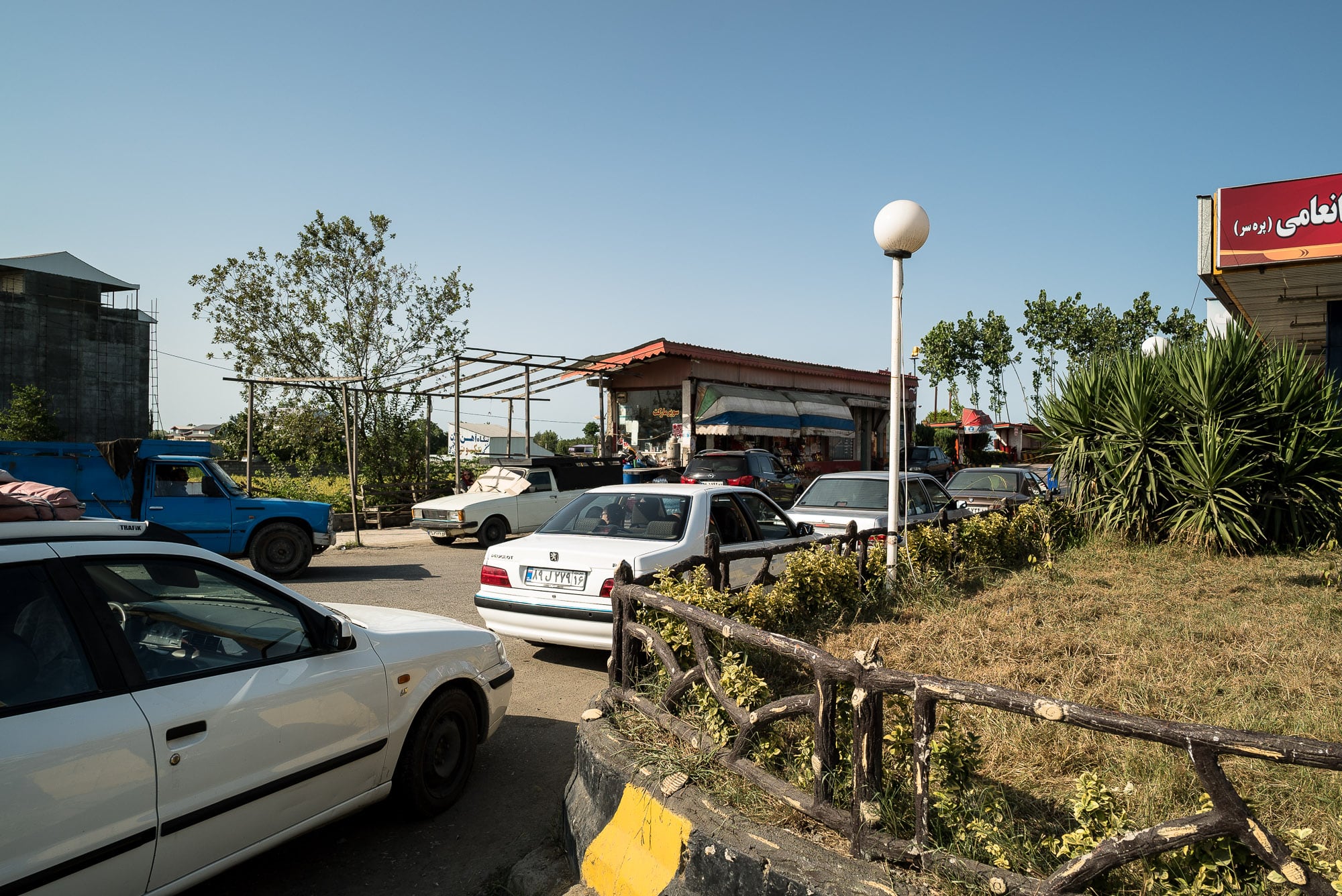 I walked past these two dudes selling corn cobs on the roadside: 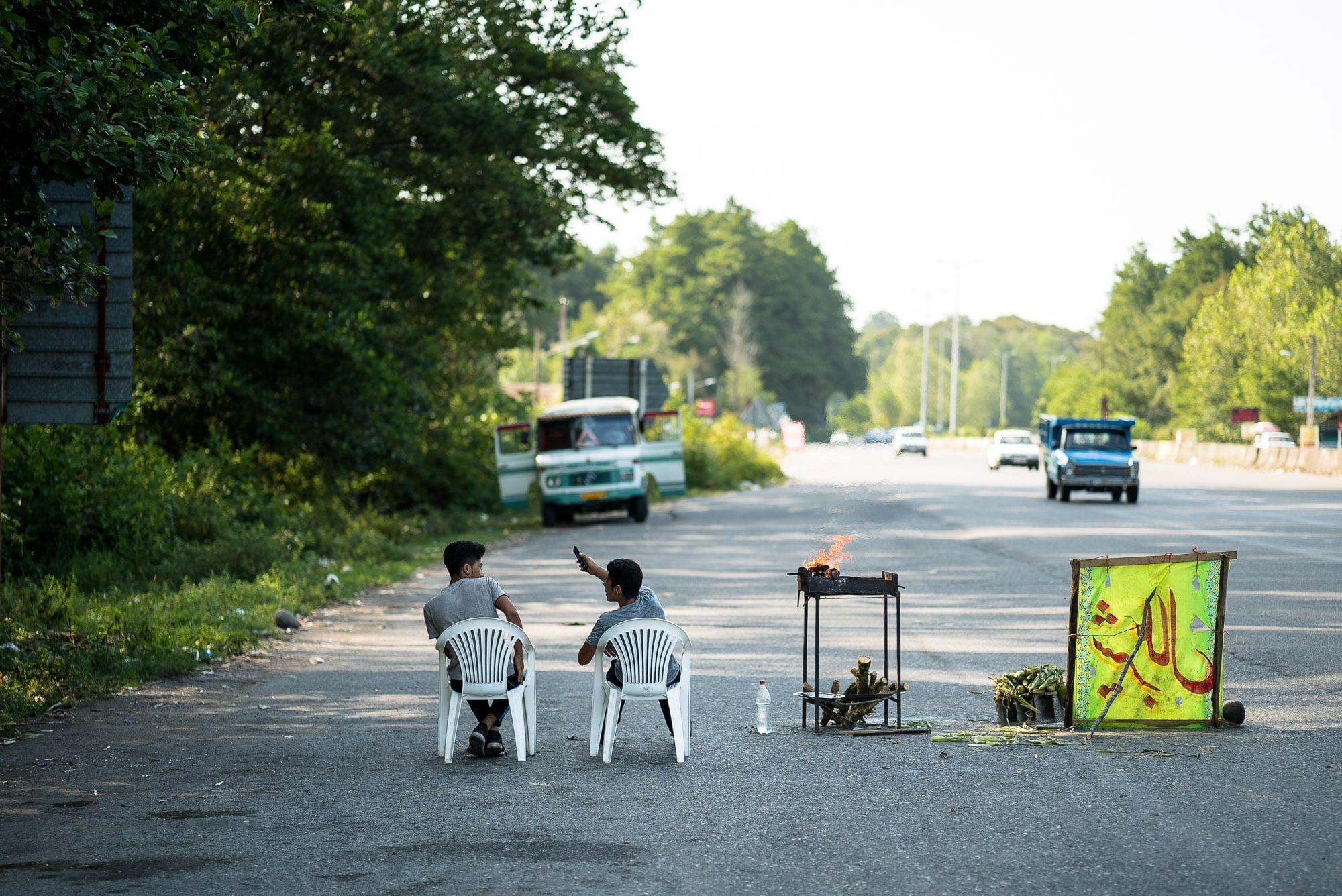 I walked past a few graves: 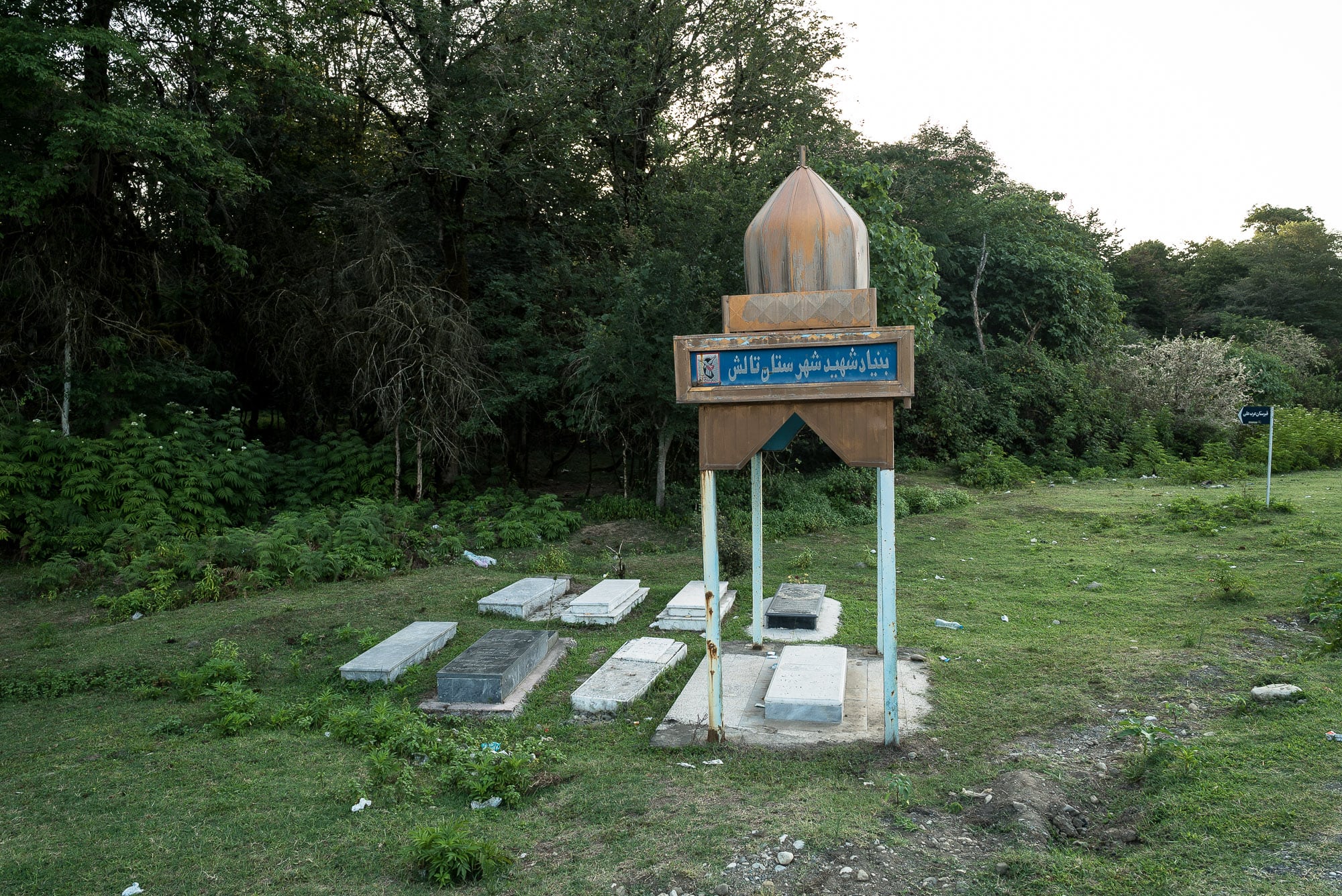 And I walked past these two dudes on a motorcycle who gave me an ice-cream bar: 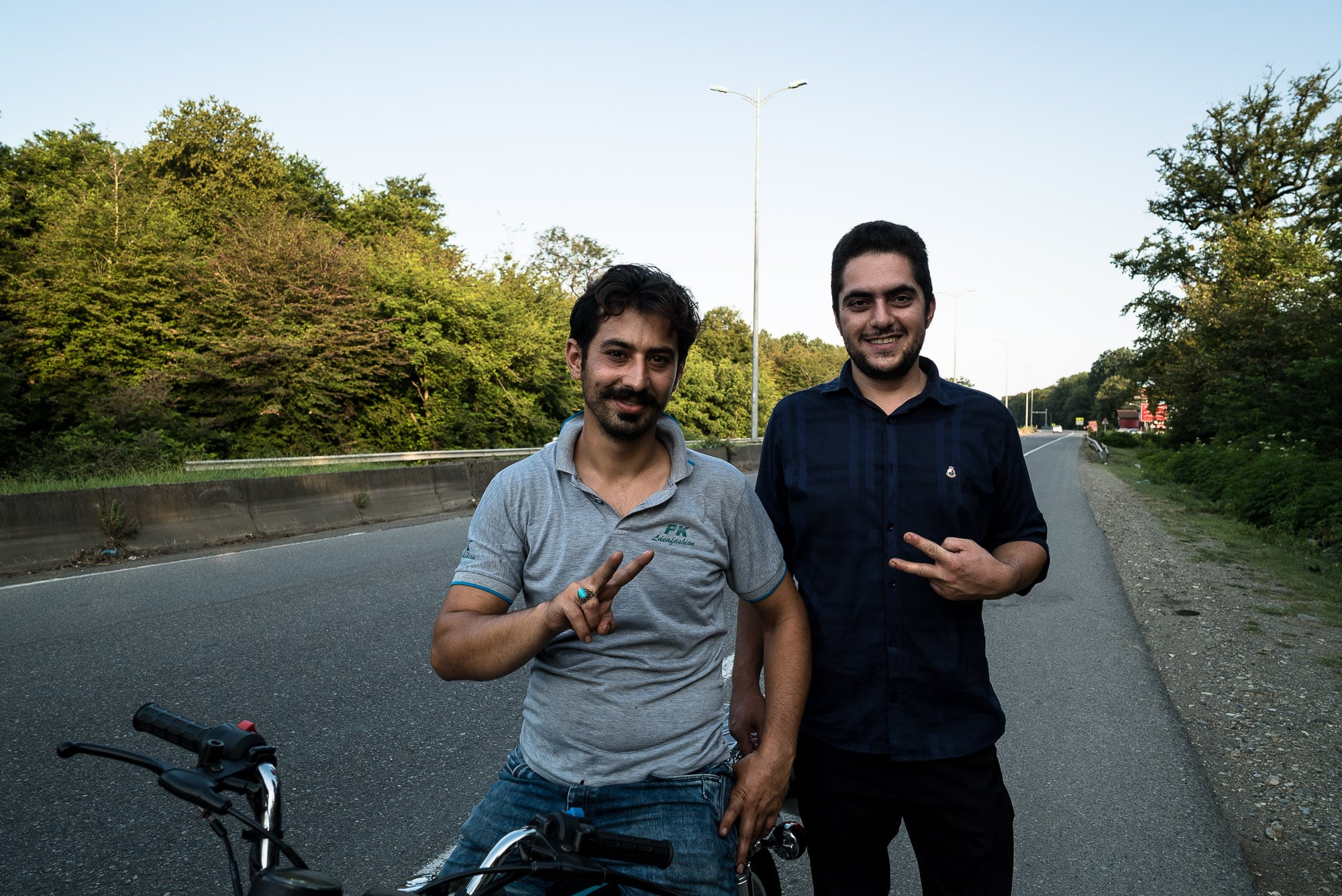 The sun was setting on the forest and, again, I felt enchanted: 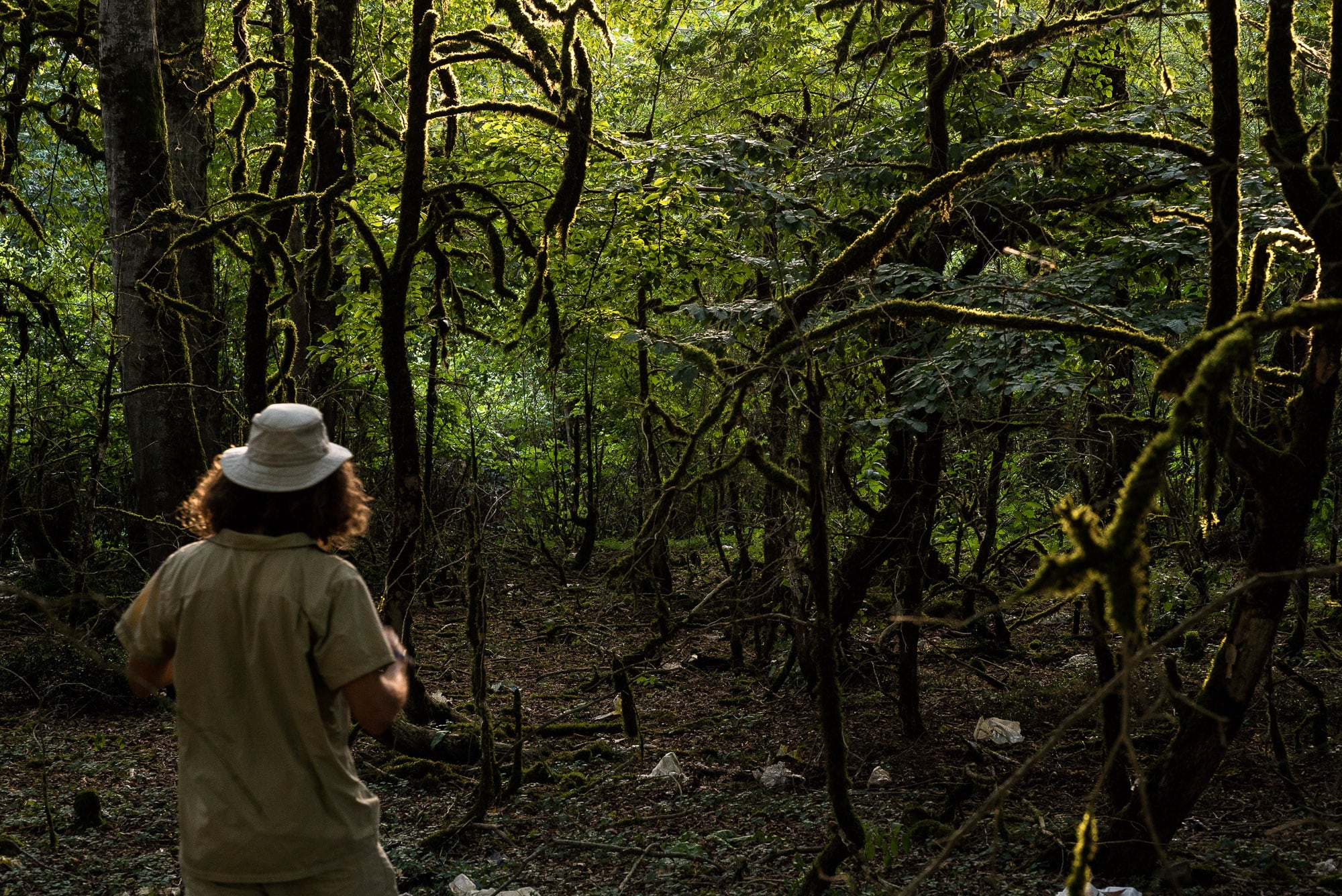 When I saw a path that led through the forest, I took it: 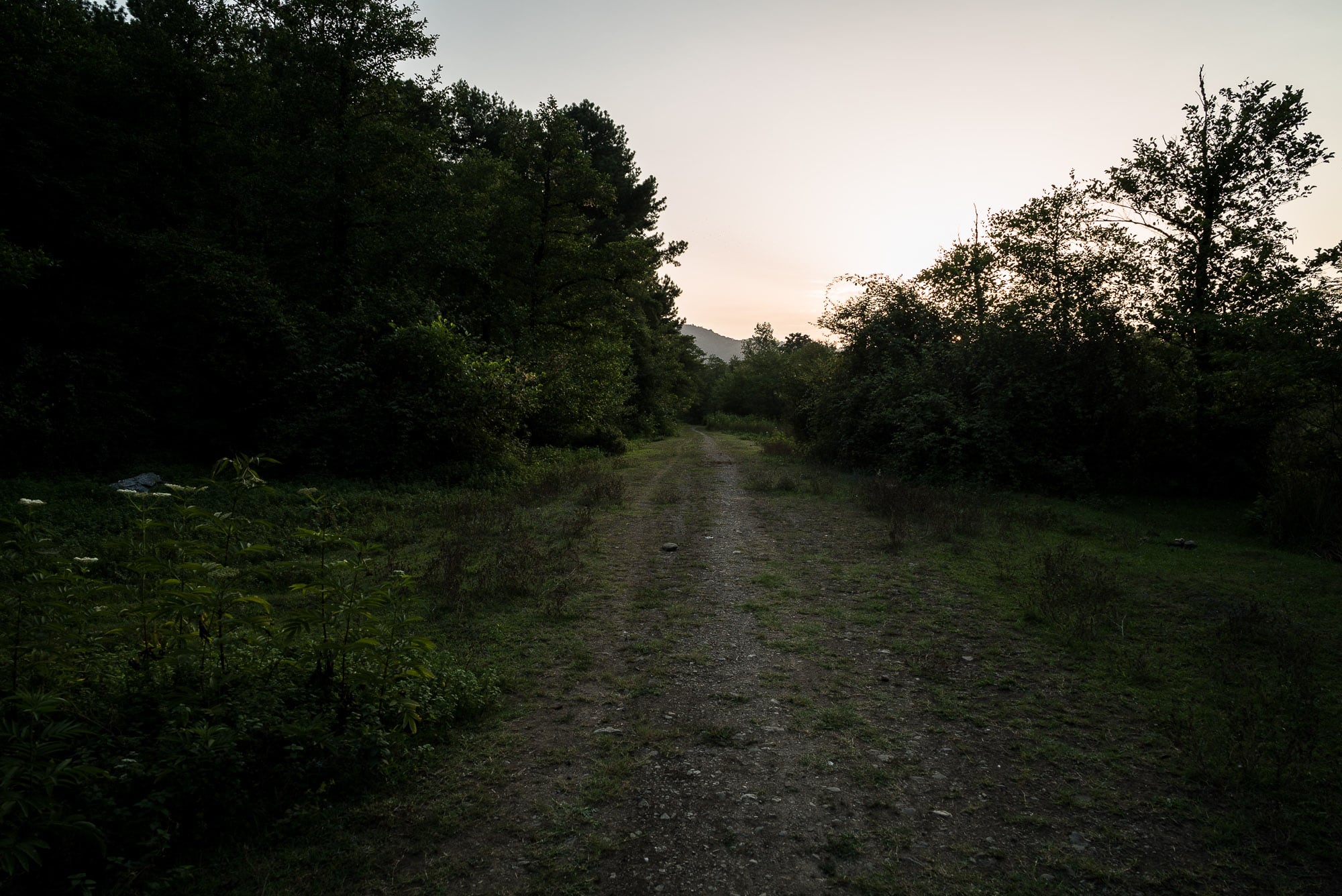 So I walked in the wrong direction for a while, while the sky was getting dark and the forest was closing in around me.

And then, after nightfall, I was back on the highway again: 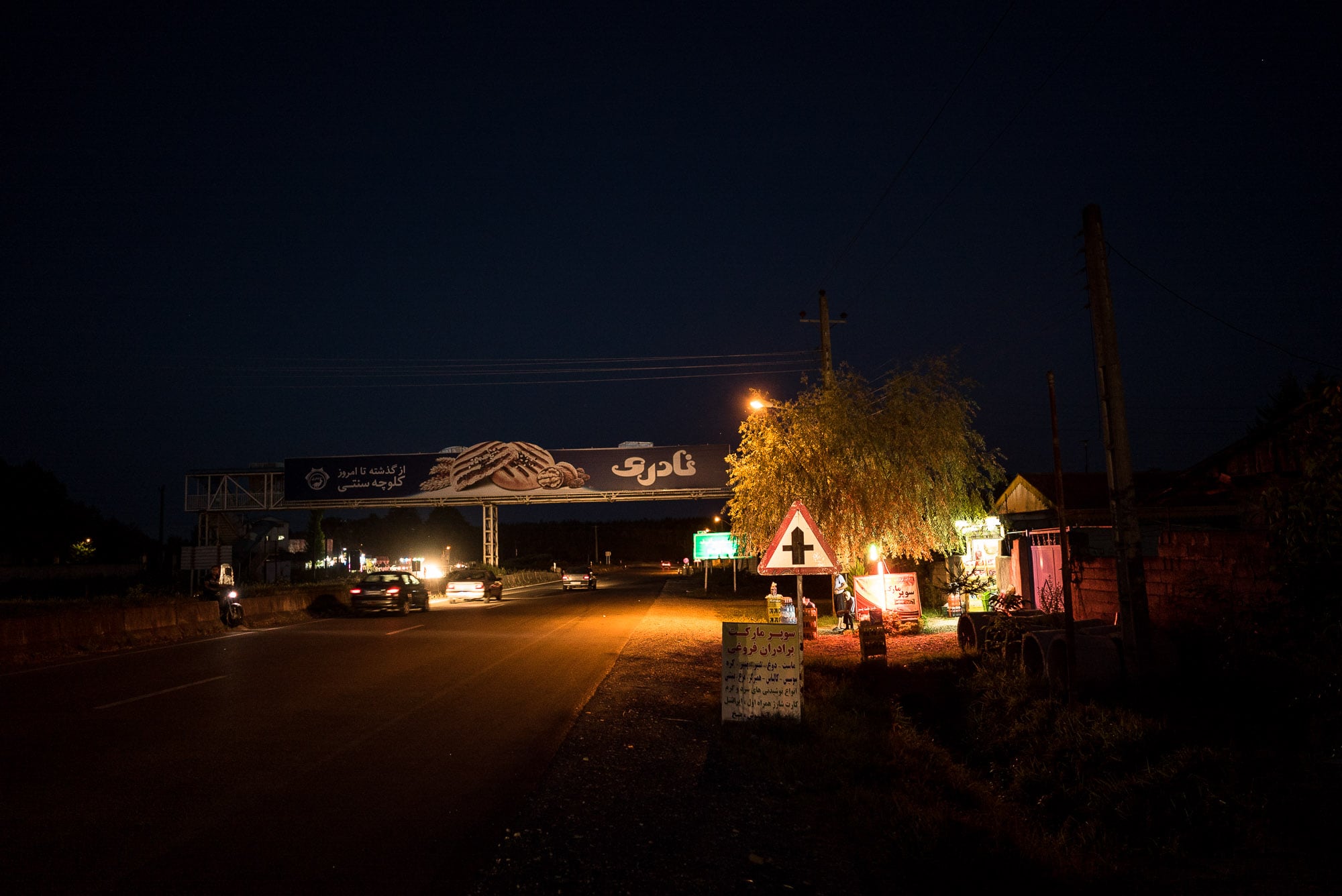 Walking around in the forest had added a bit to the total distance. It was late, and I felt very tired. So at some point I started listening to metal, and the walking was good again: 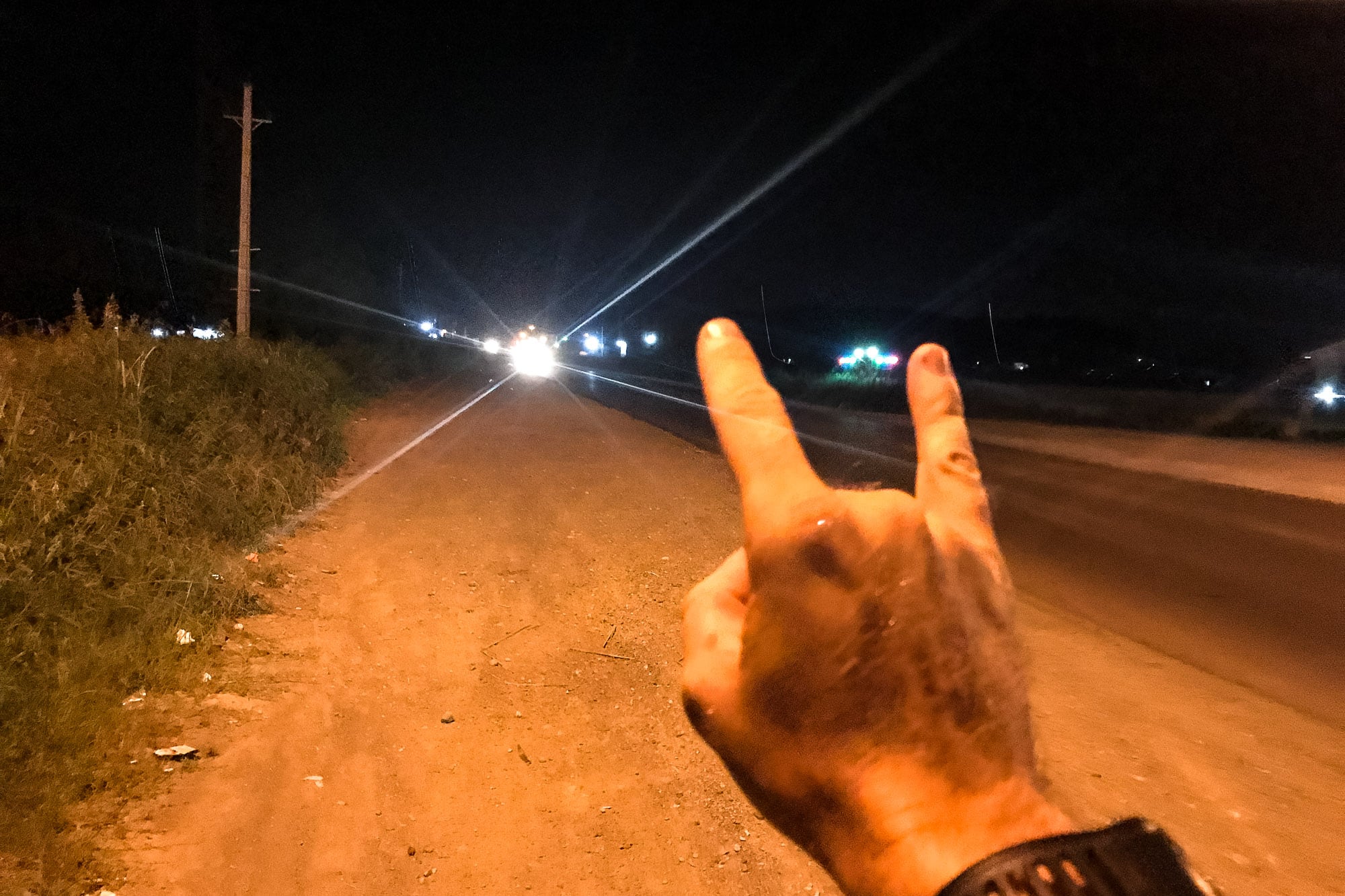 I arrived in a strange hotel that was apparently owned by the Iranian Ministry of Defense: 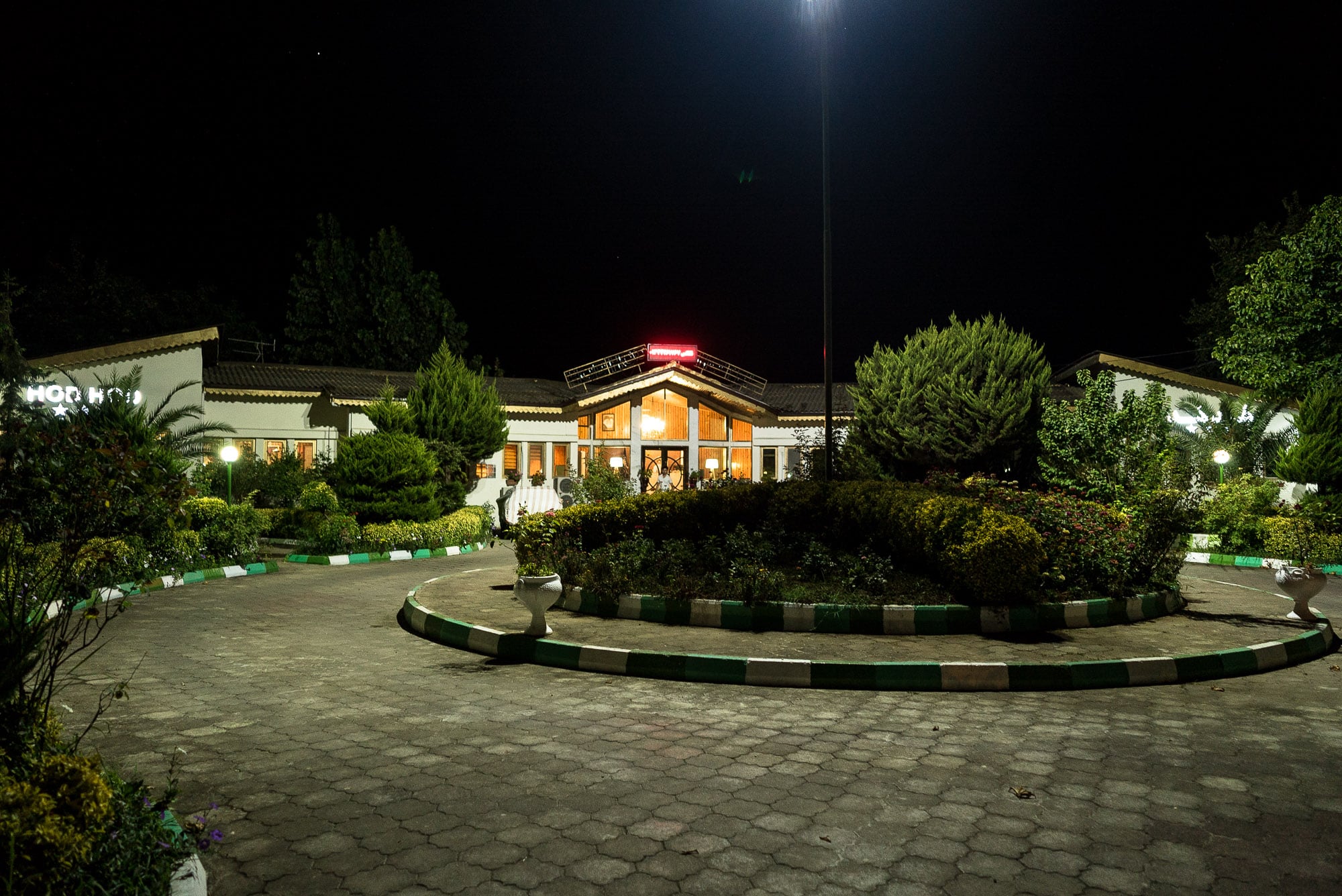 It looked like a normal hotel. The standard was okay. It was clean. The people were nice. There were just more pictures of the Supreme Leadership. And it was a bit more expensive than other hotels.