Sunday morning. I woke up in a hotel that was located in an old Russian building, high ceilings, big doors and all: 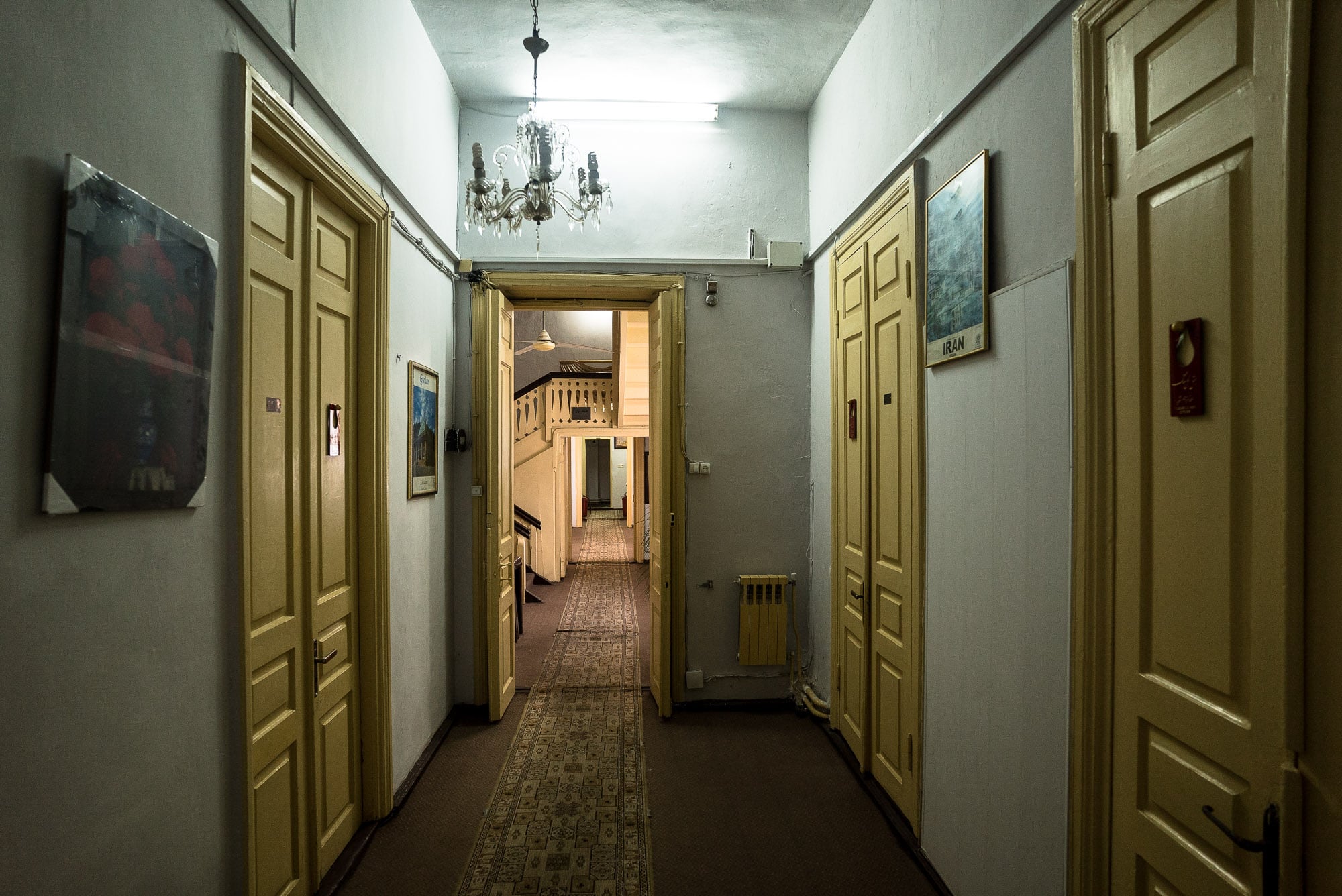 It was a bit run down, but I loved it: 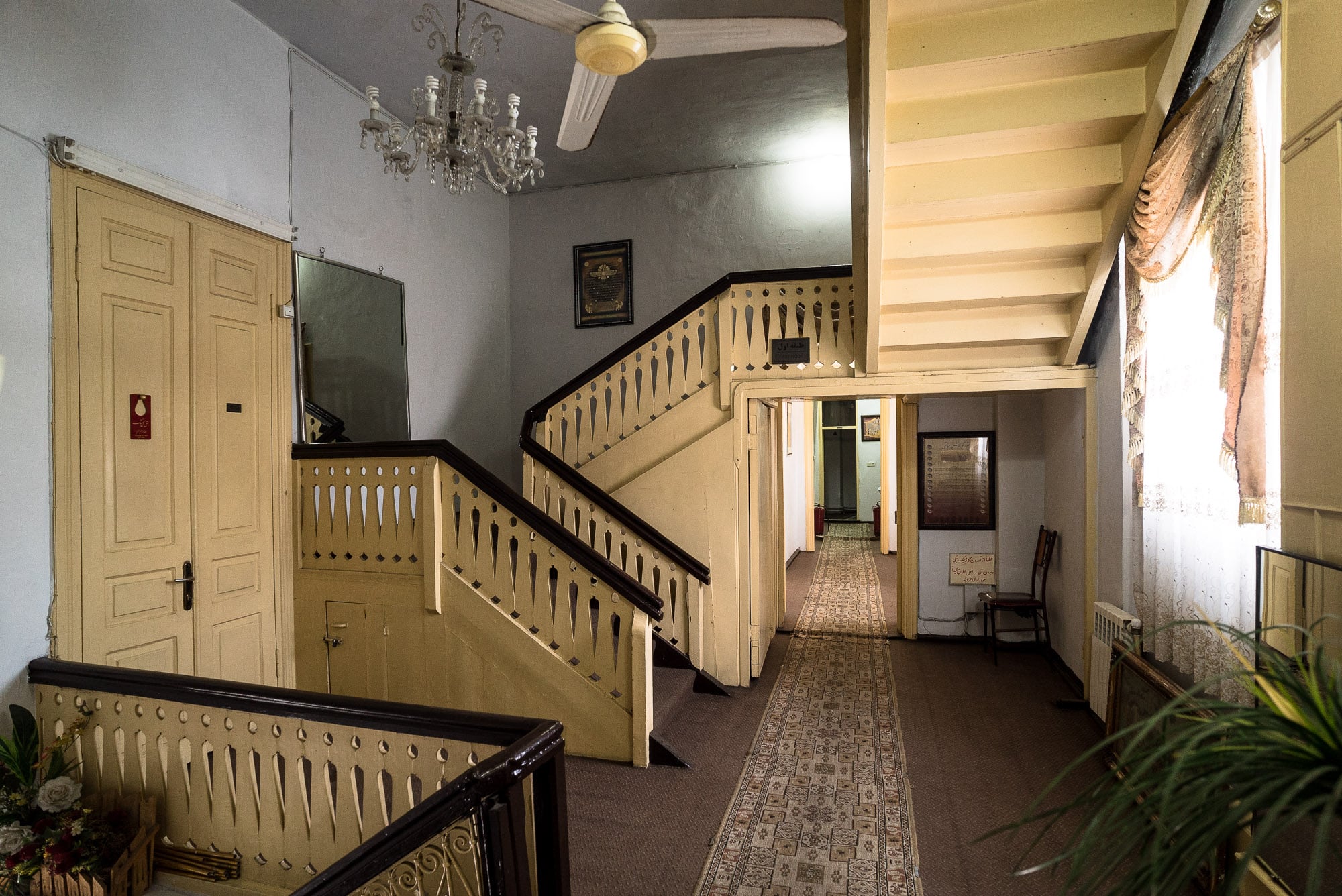 And I wished I could have stayed longer.

Instead, I went back to the Armenian church. It was behind two doors and an unassuming corridor: 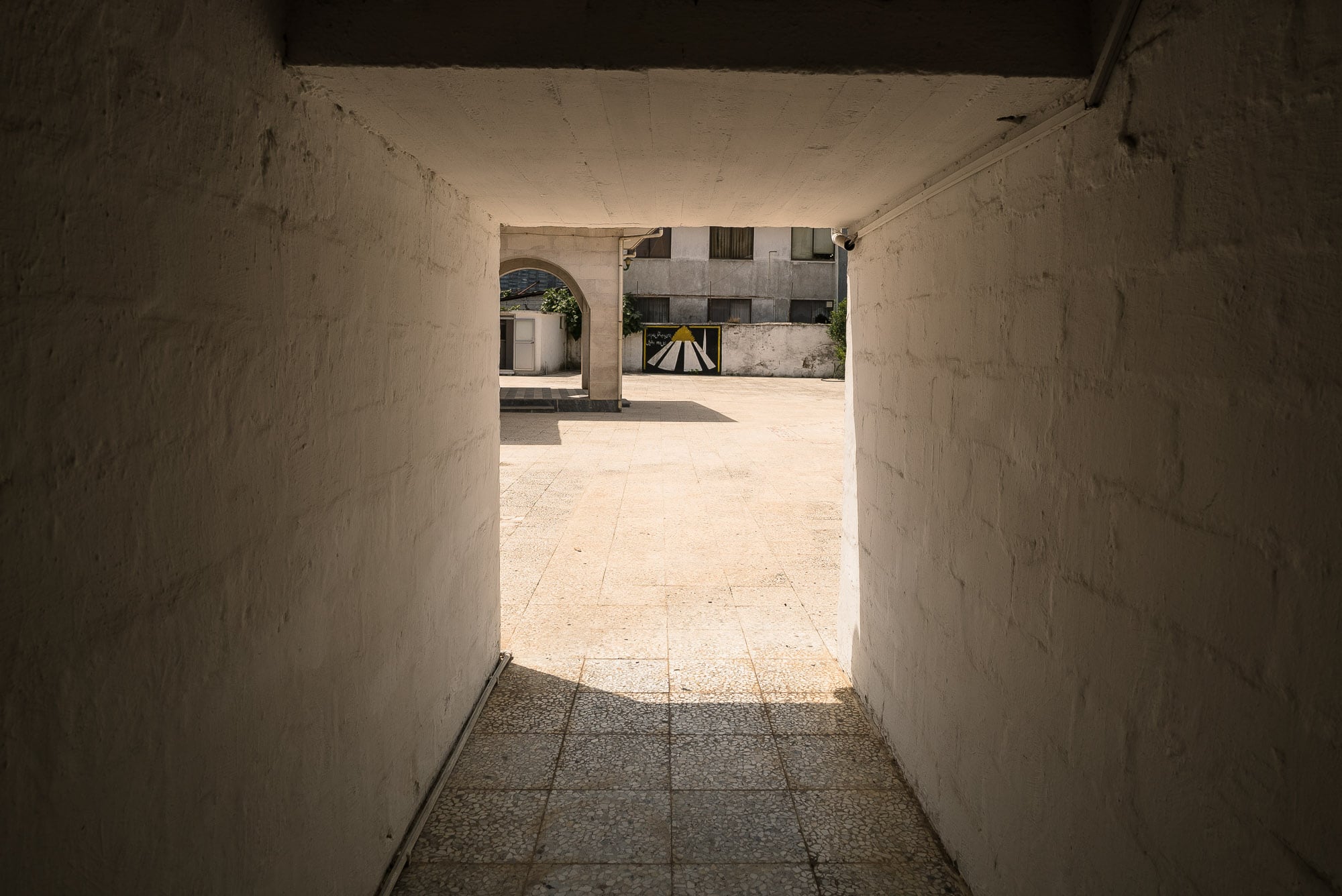 Then there was a surprisingly spacious courtyard with the church in the center: 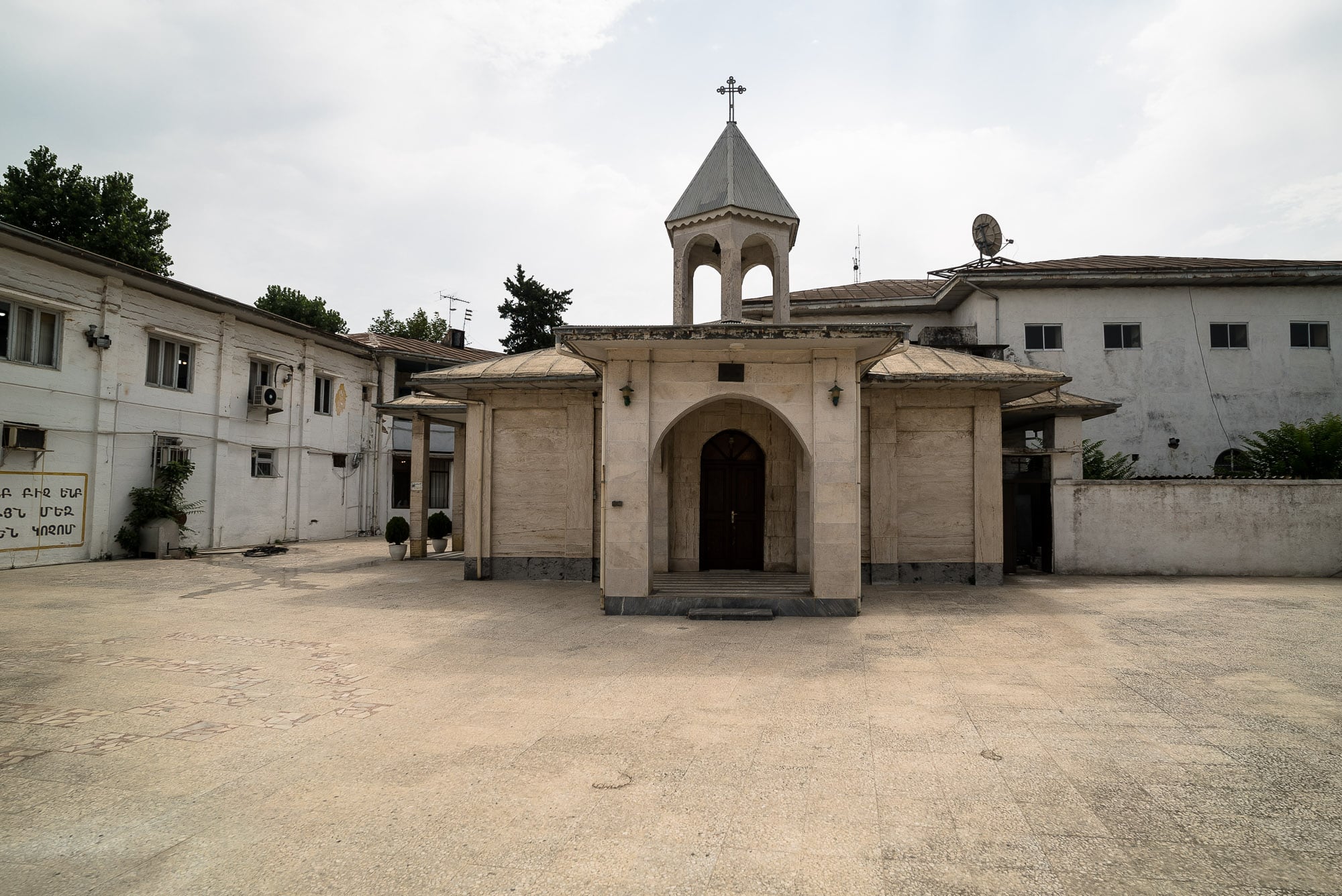 The doors to the church itself looked like they were closed: 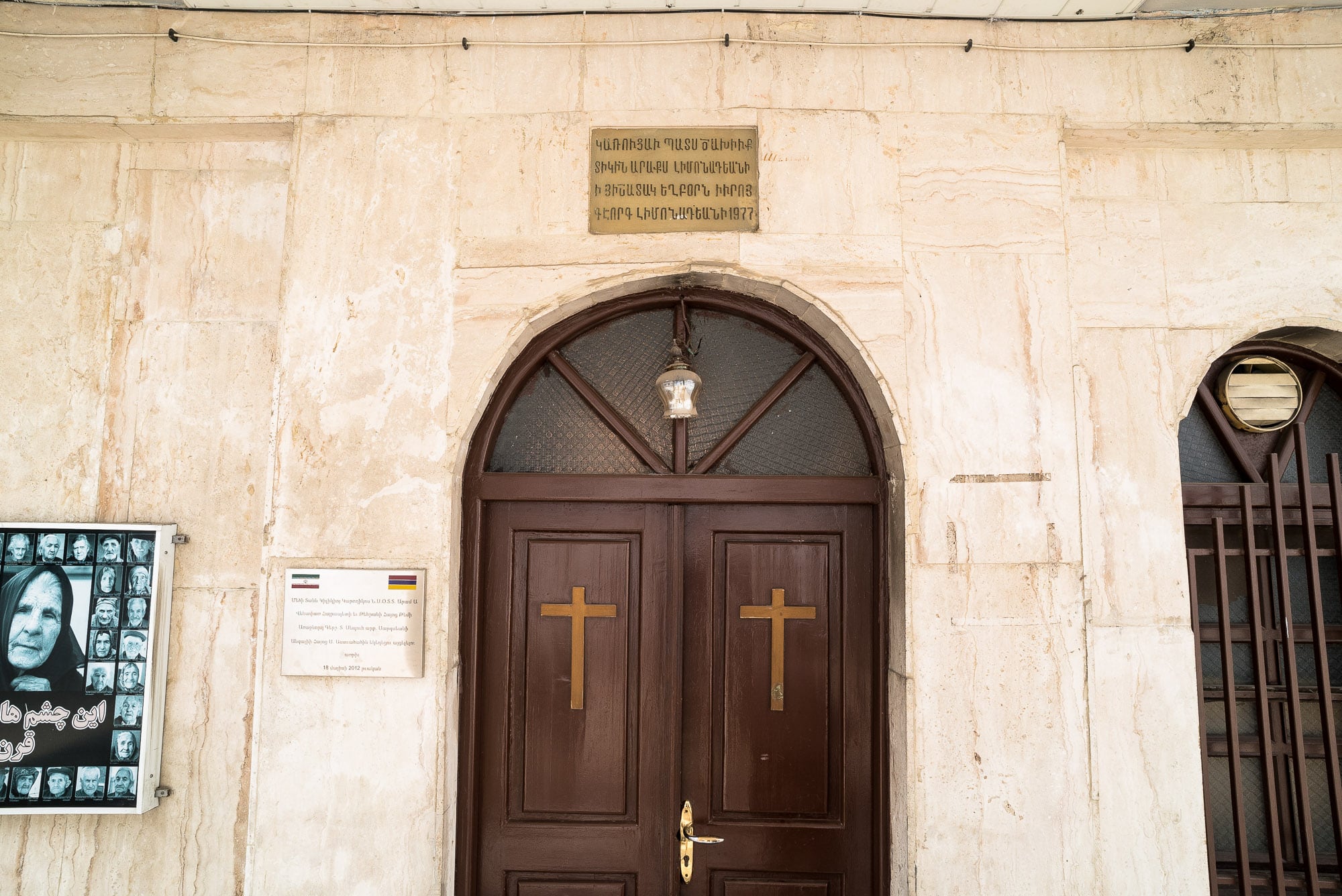 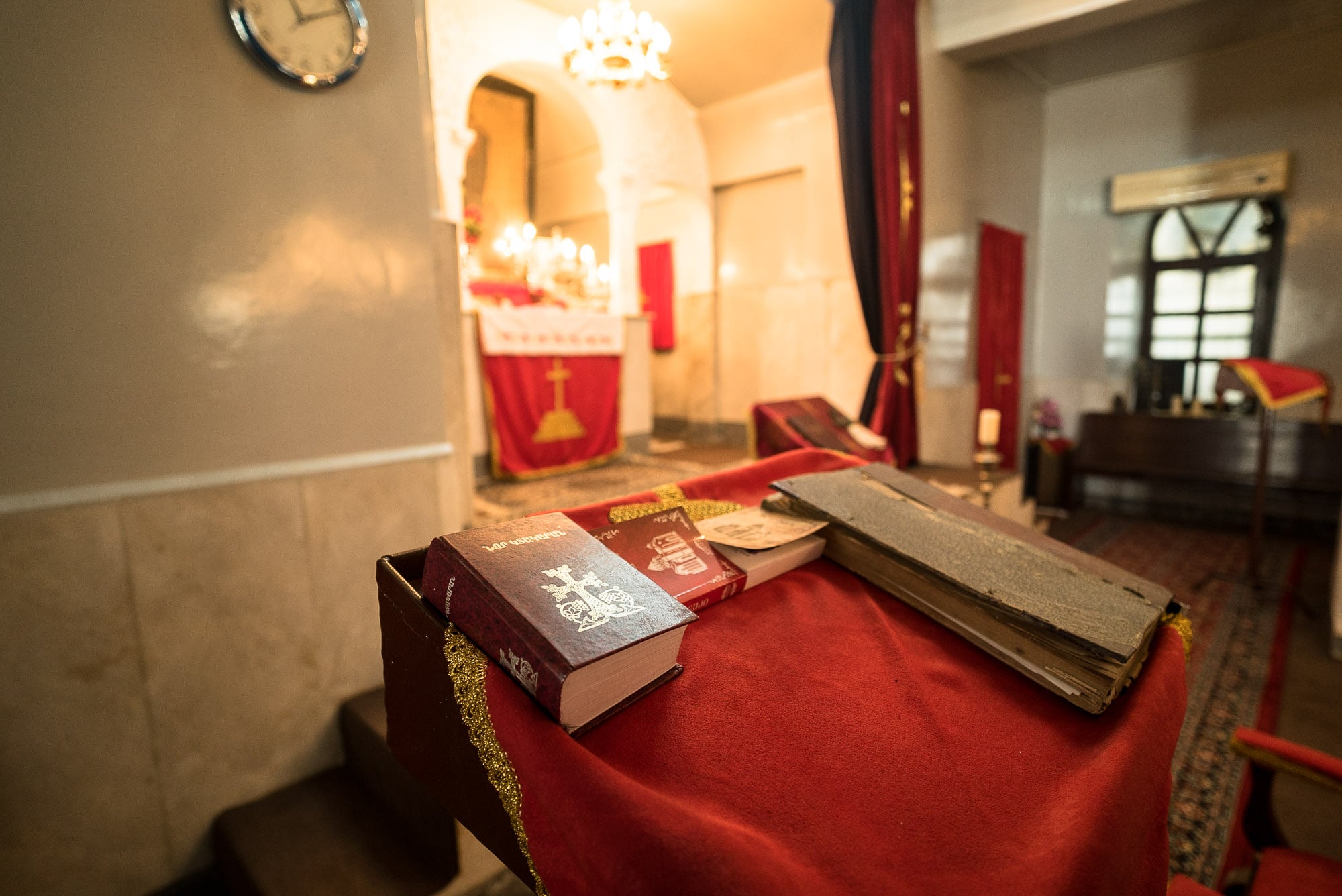 I lit two candles, as I always do: 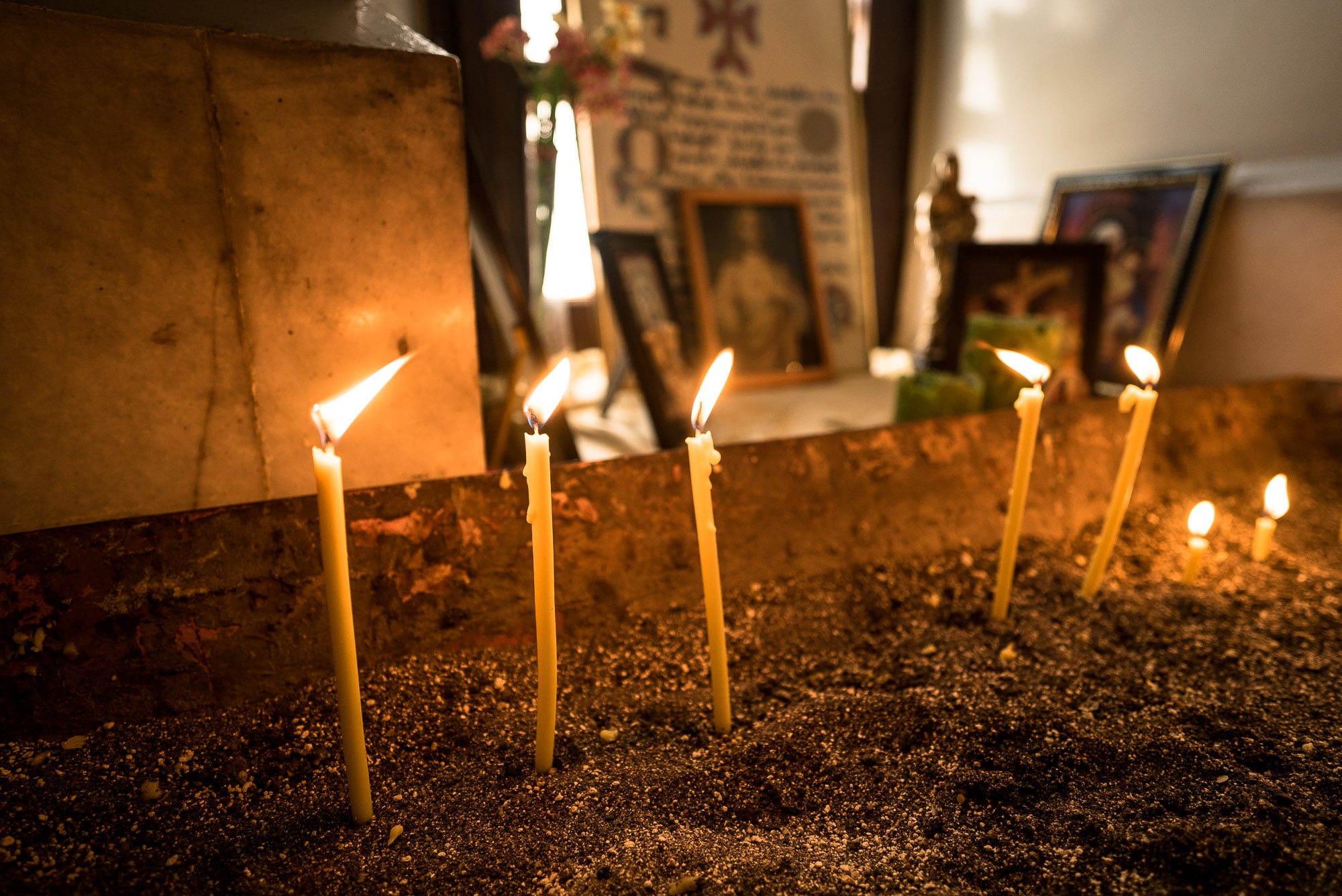 And it struck me how many people there were: 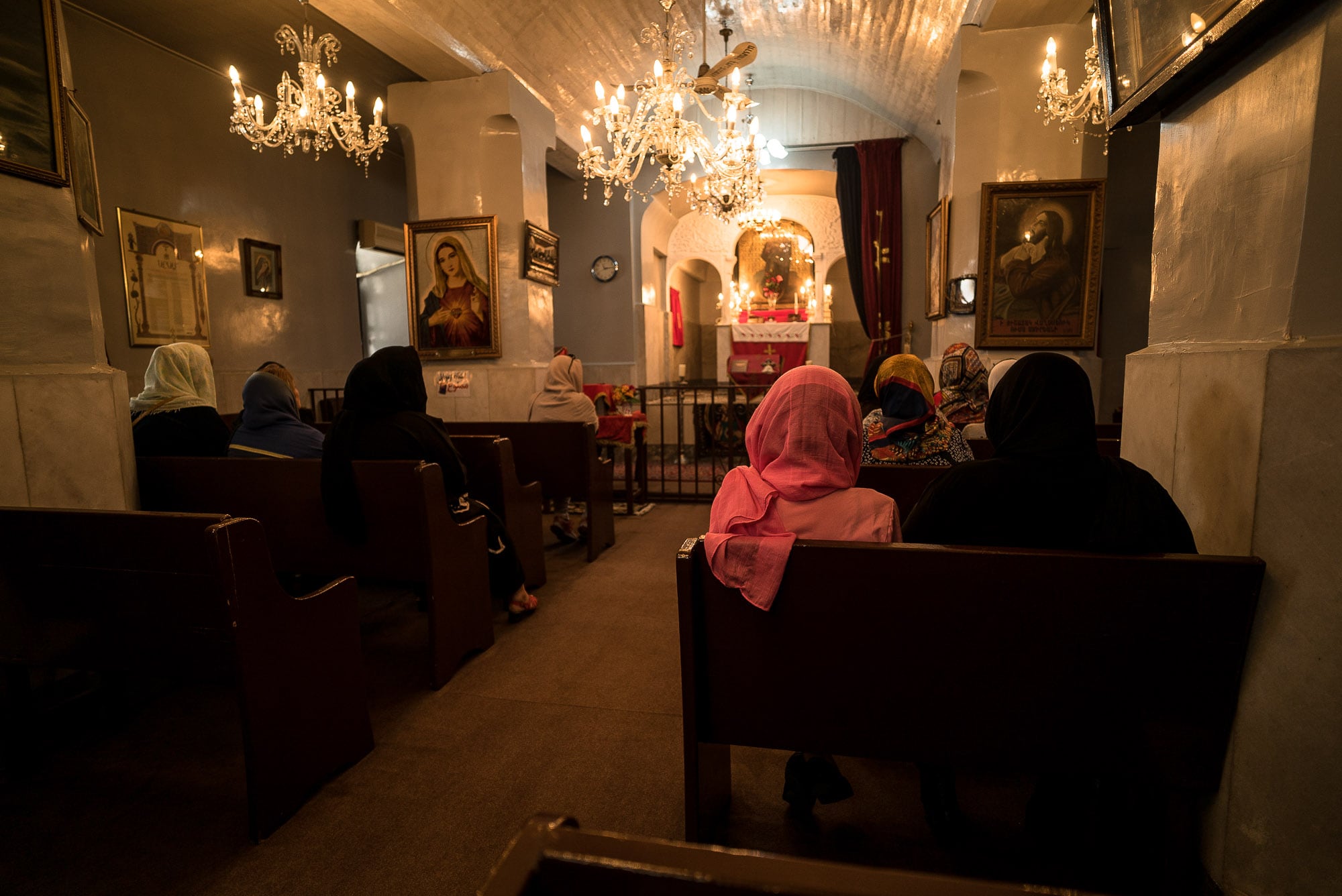 There were aspects that made mosques better than churches – the custom to take off one’s shoes, the carpets, the absence of chairs or benches, and the relaxed atmosphere, with people just hanging out or even sleeping here and there.

But there were also things that I liked better about churches as opposed to mosques – the lavish artworks depicting people, the smell of candles, and the mixing of genders.

After visiting the church, I did something unusual for me – I drank a cup of coffee: 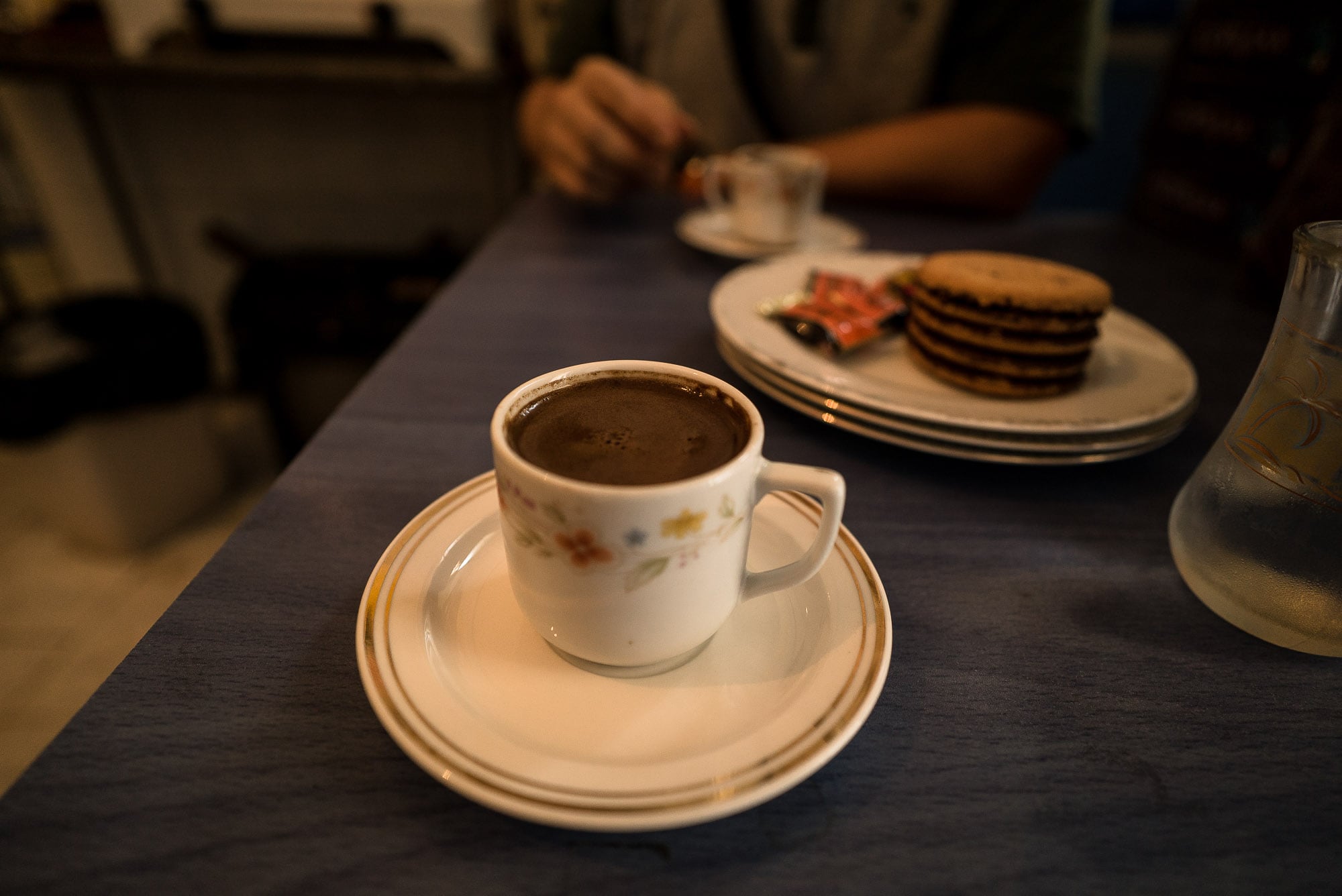 Then I left Bandar Anzali.

The Caspian Sea was keeping me company in the distance: 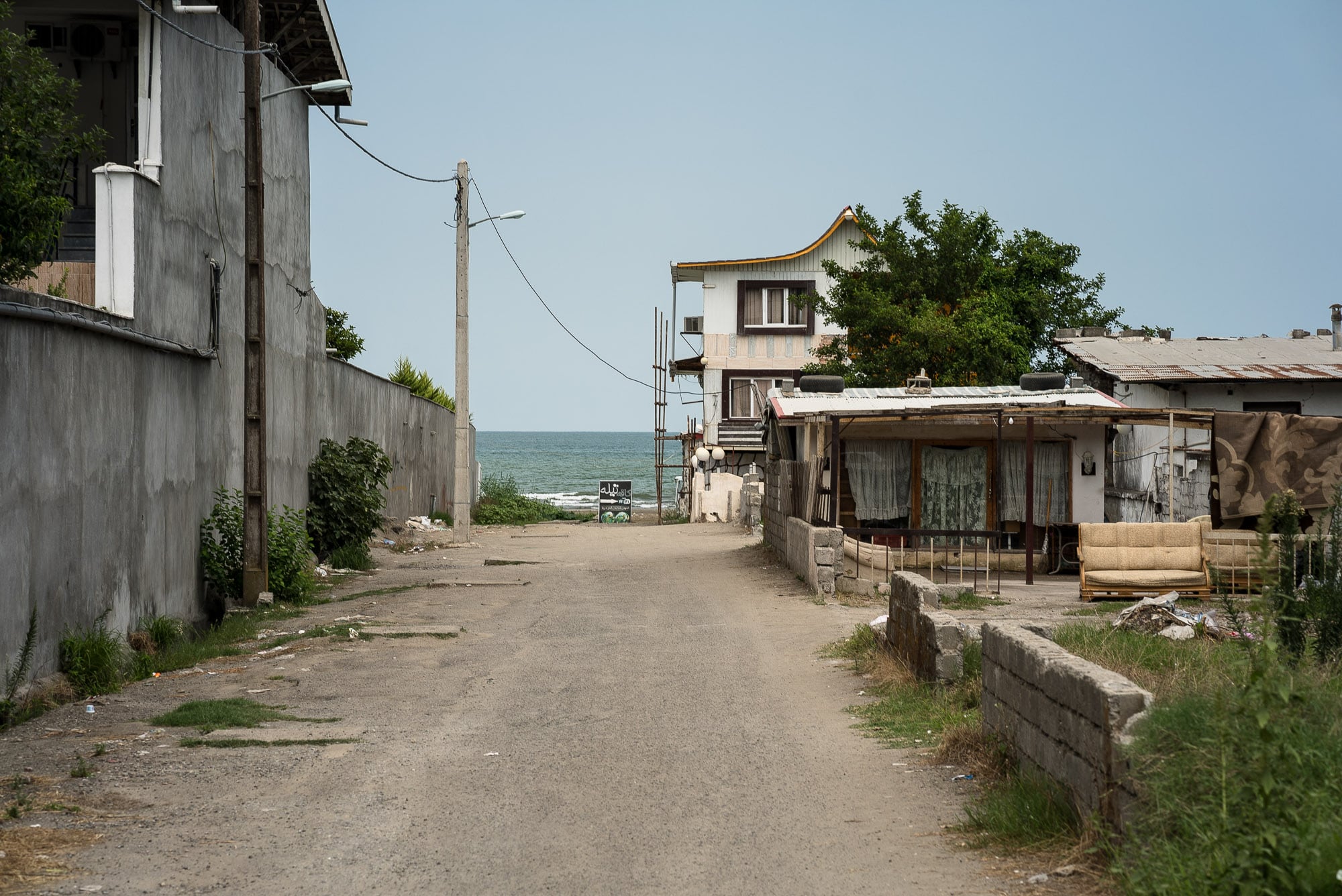 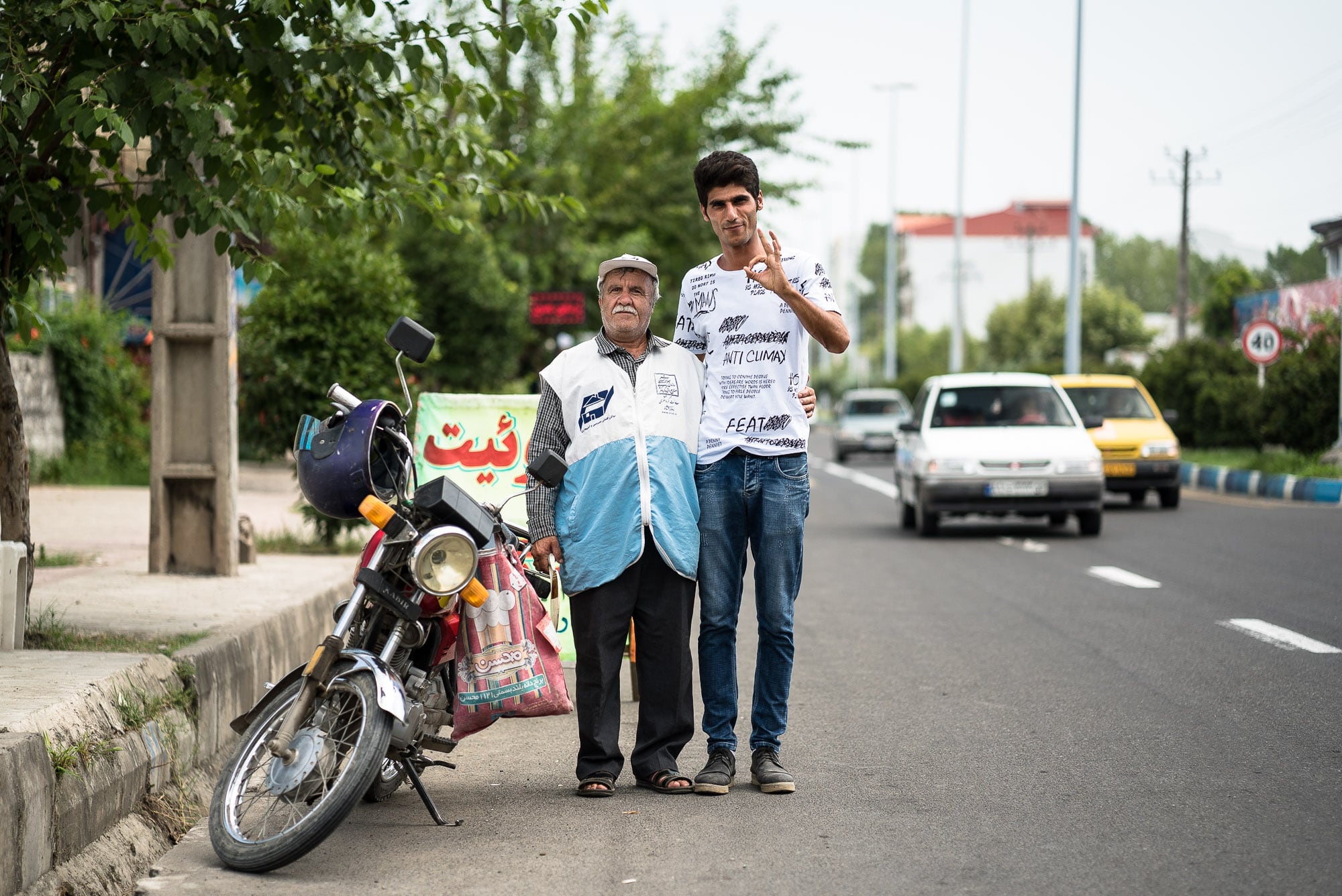 So we did that: 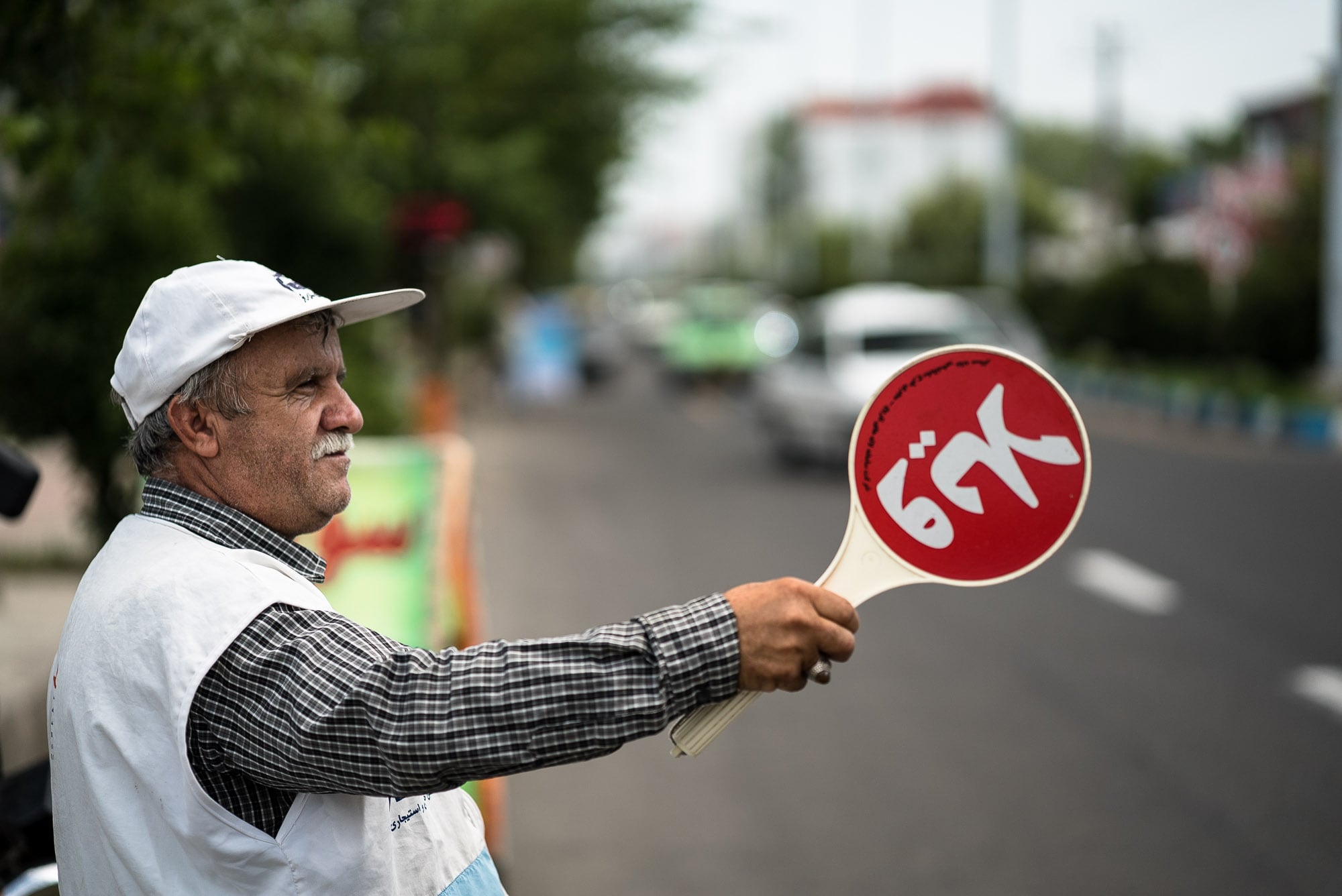 Then I had lunch in a small roadside restaurant, and if you look in the top right corner you can see that I had the sweetest company: 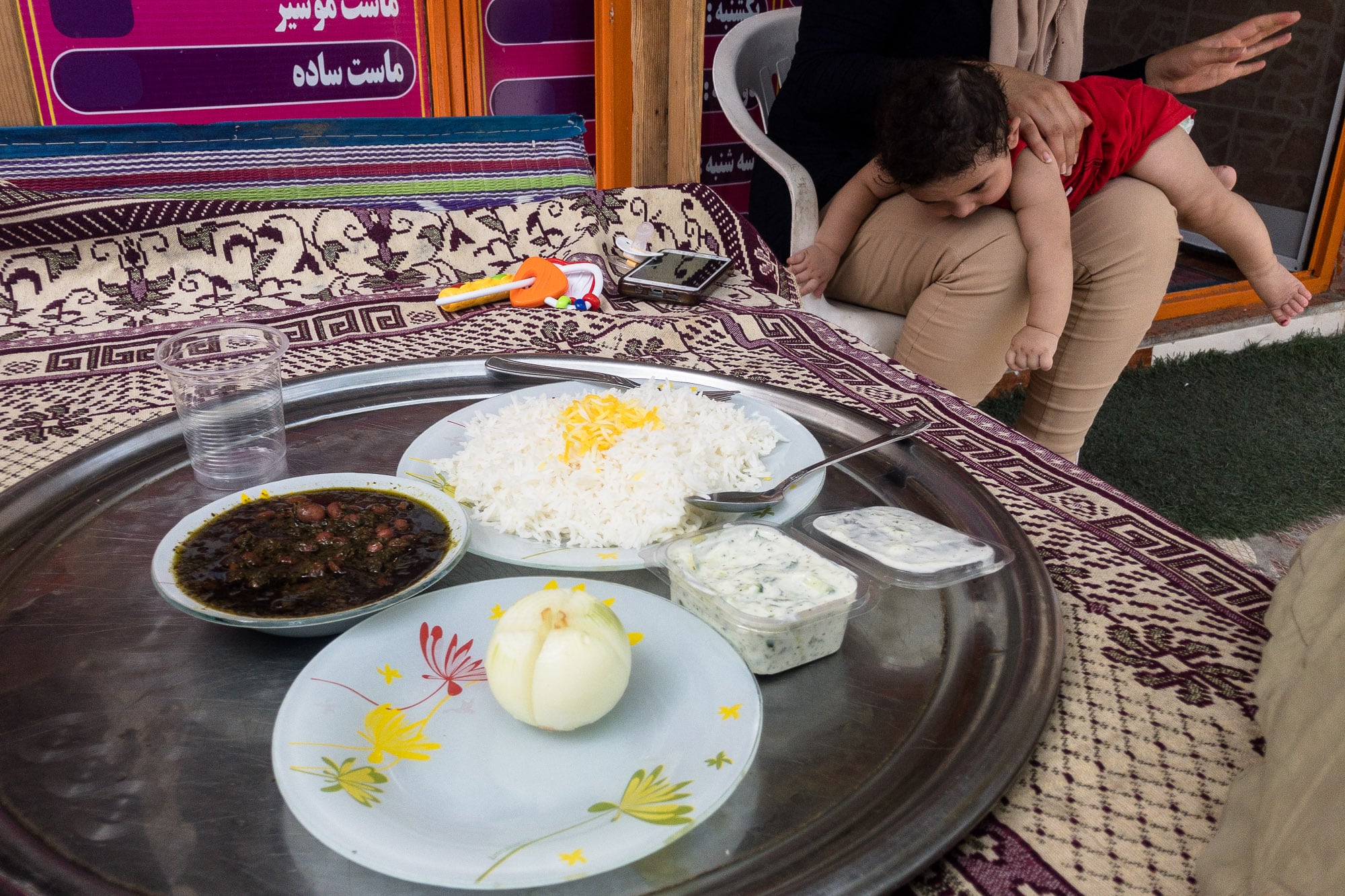 I ran into Hooman after that: 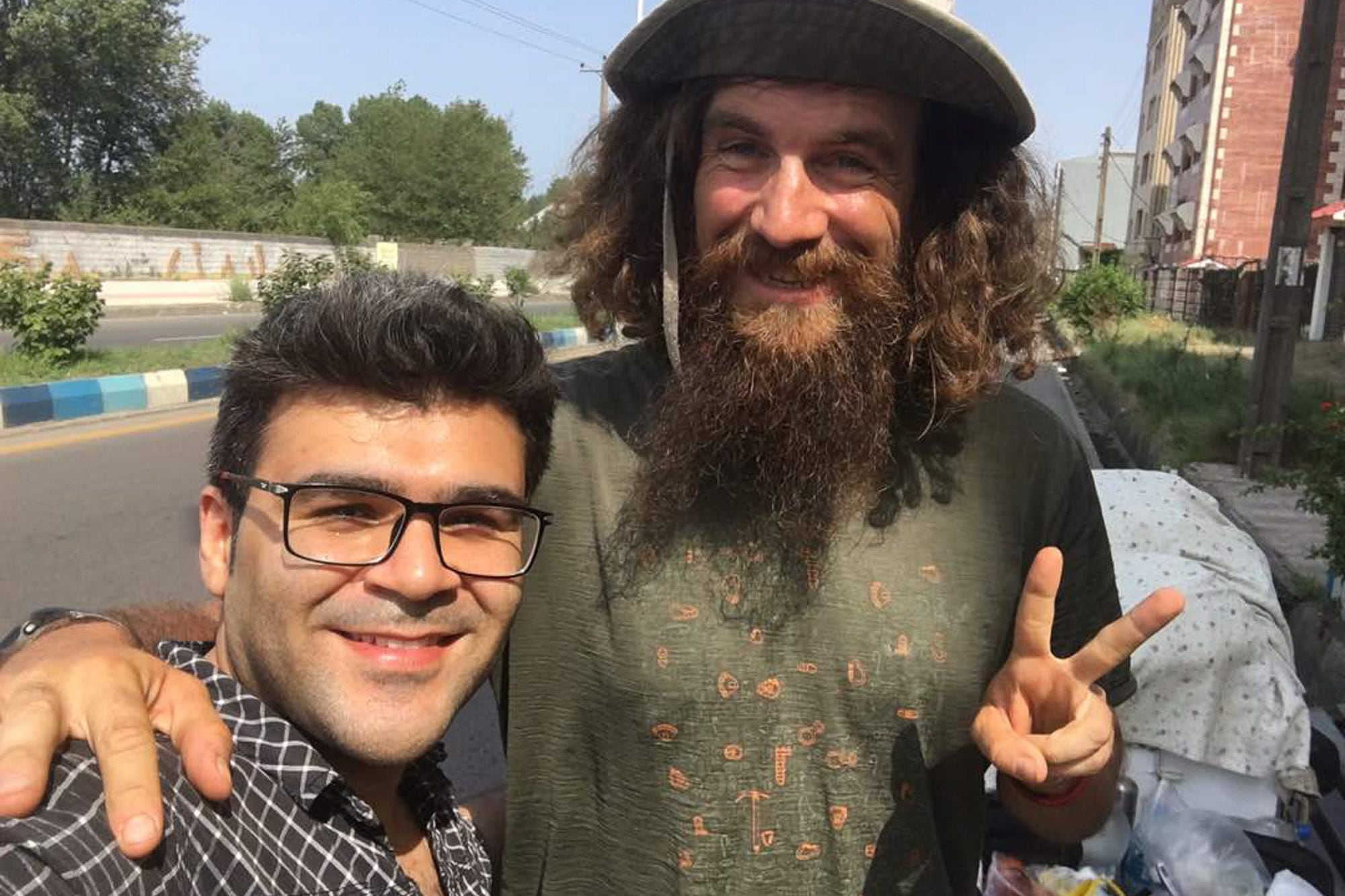 He gave me peaches and lemons and bottles of water, and we sat down and talked for a while. He told me to stop by his guesthouse further down the road.

Then I continued walking through the heat.

There were some buildings that reminded me of China: 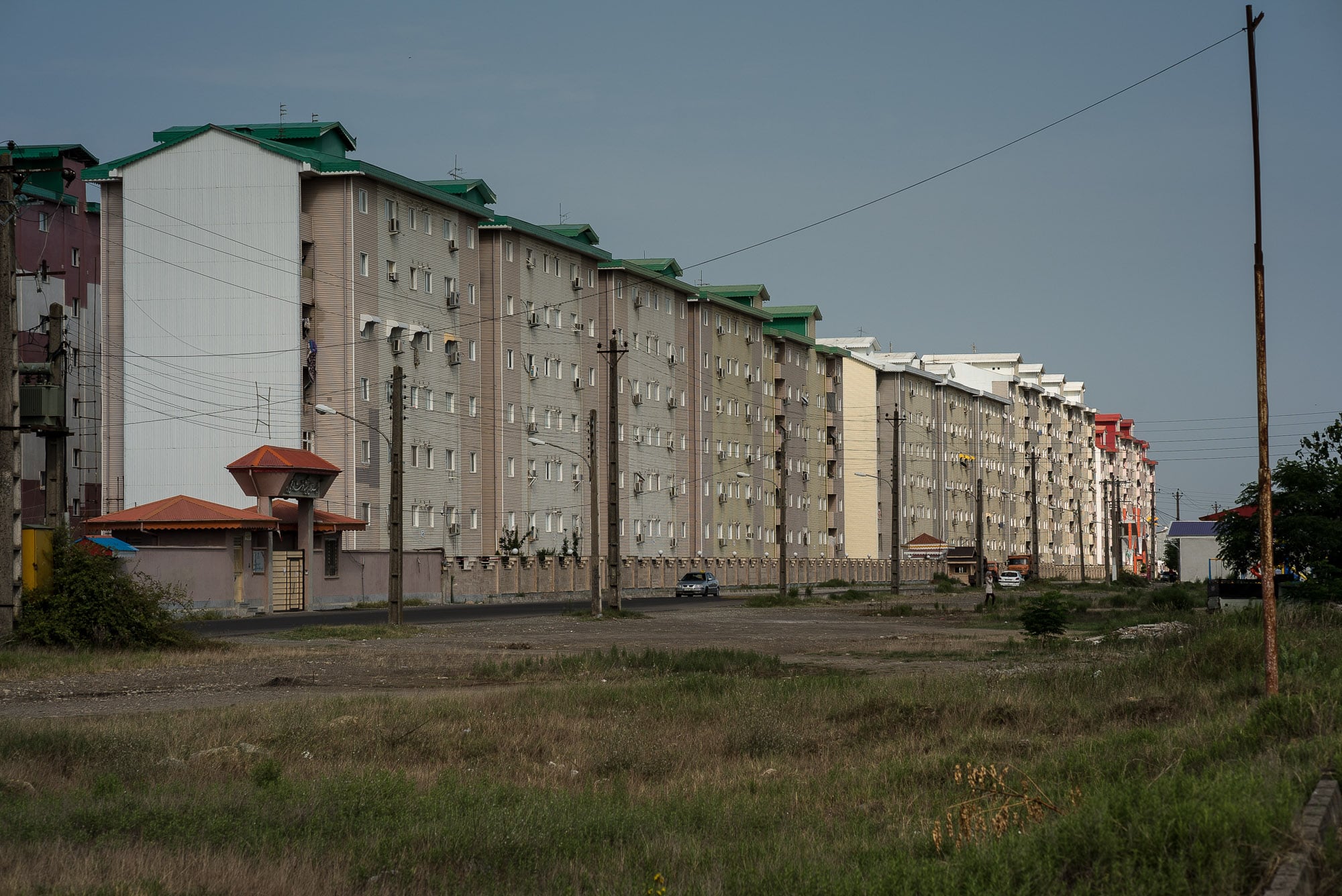 And others that reminded me of the Middle Ages: 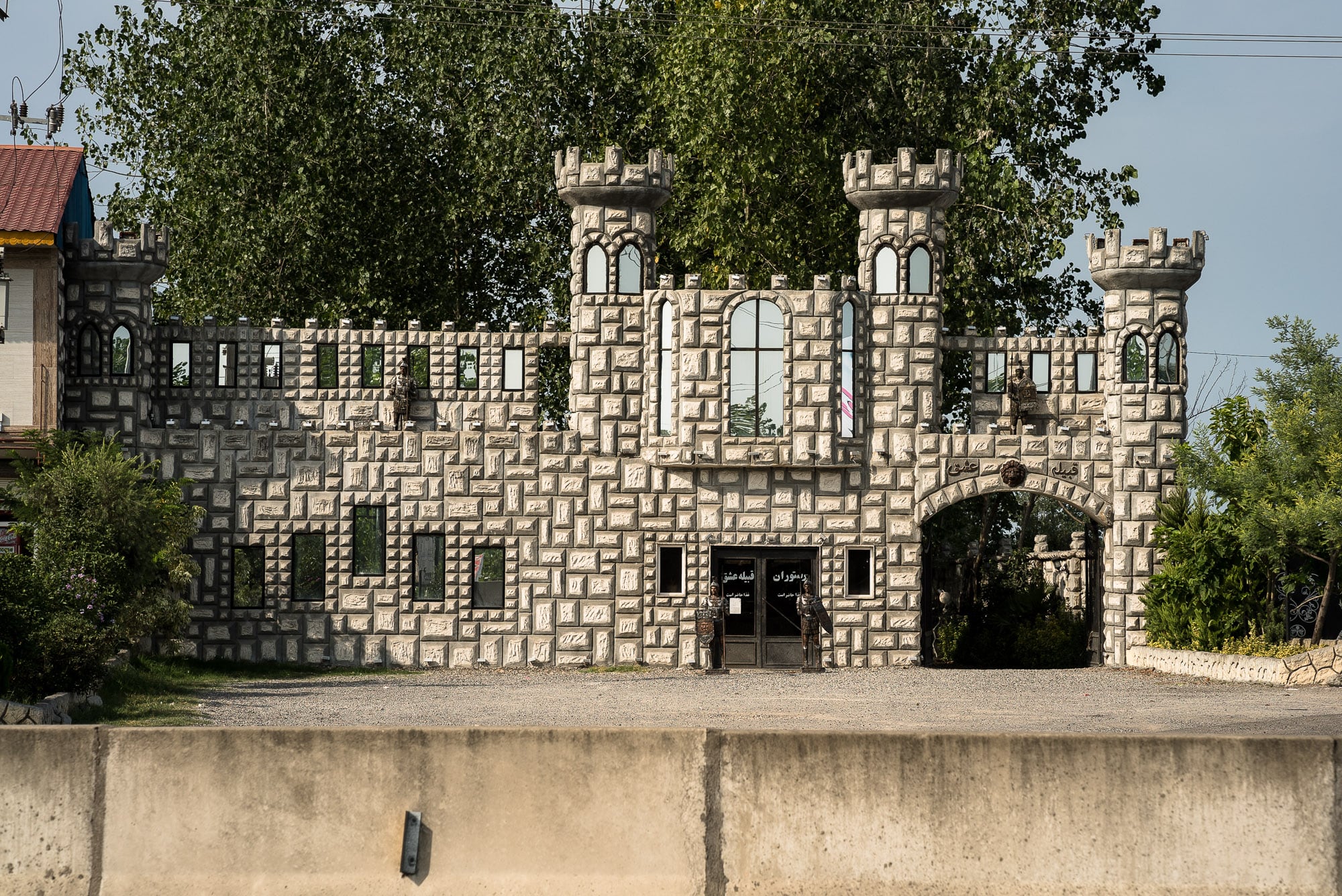 I ran into a bunch of cyclists, but the pictures we shot together turned out unclear. Only this one was in focus: 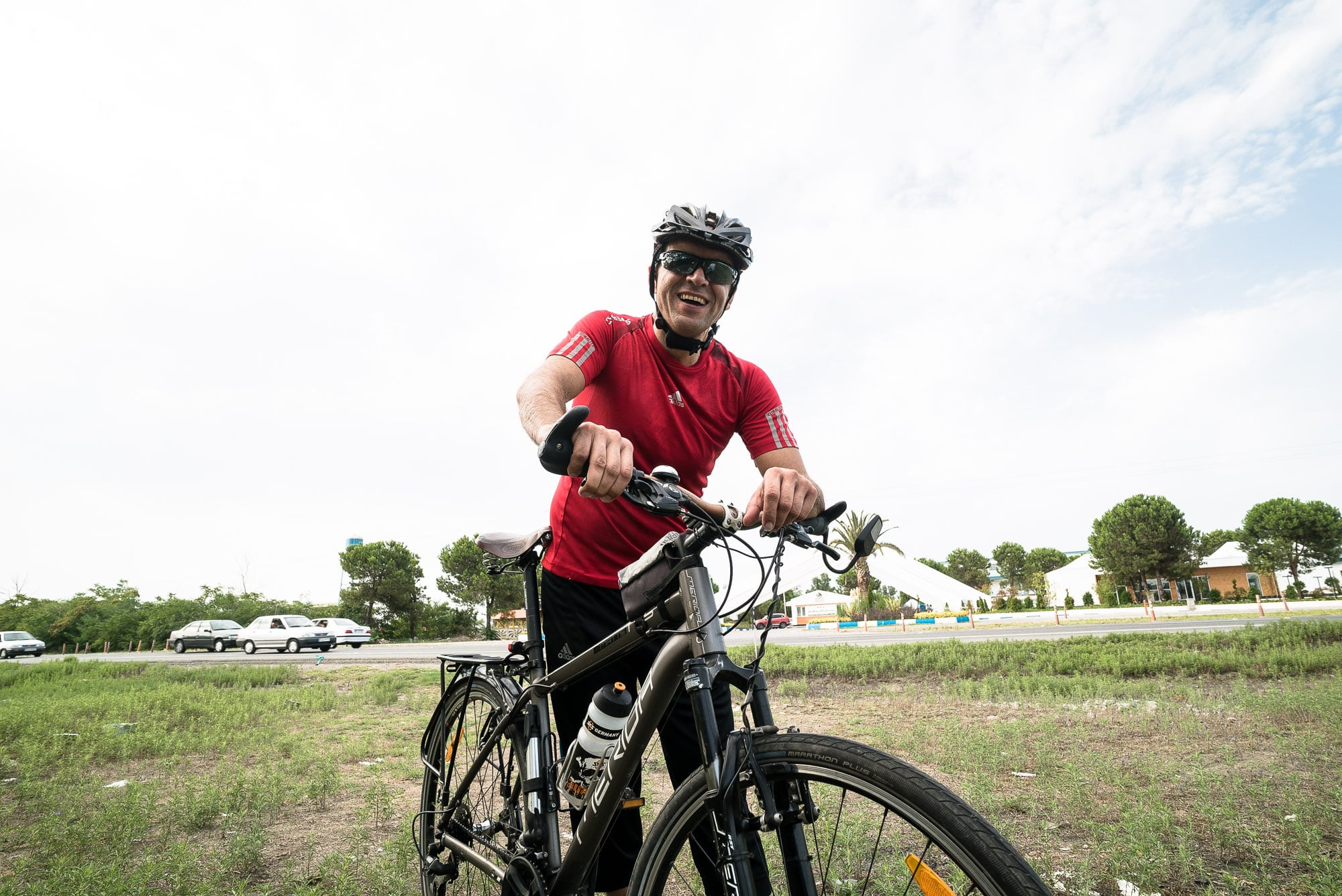 When you look at the map, you will see a dark area on the left hand side of the road. It’s the lagoon of Bandar Anzali. Though sadly, the waters have receded a lot over the past half century or so: 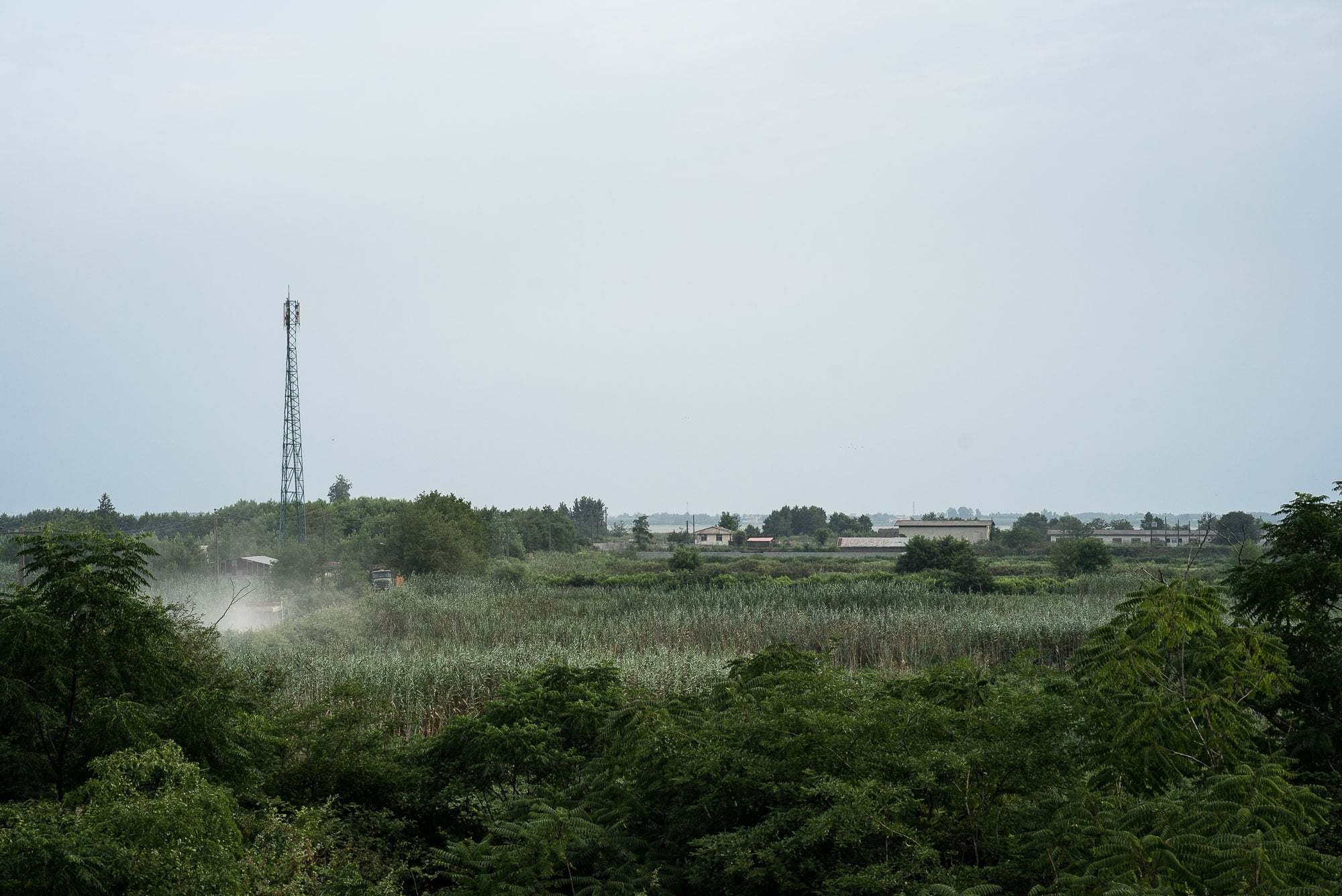 Apparently, some of the area was being used as an impromptu landfill: 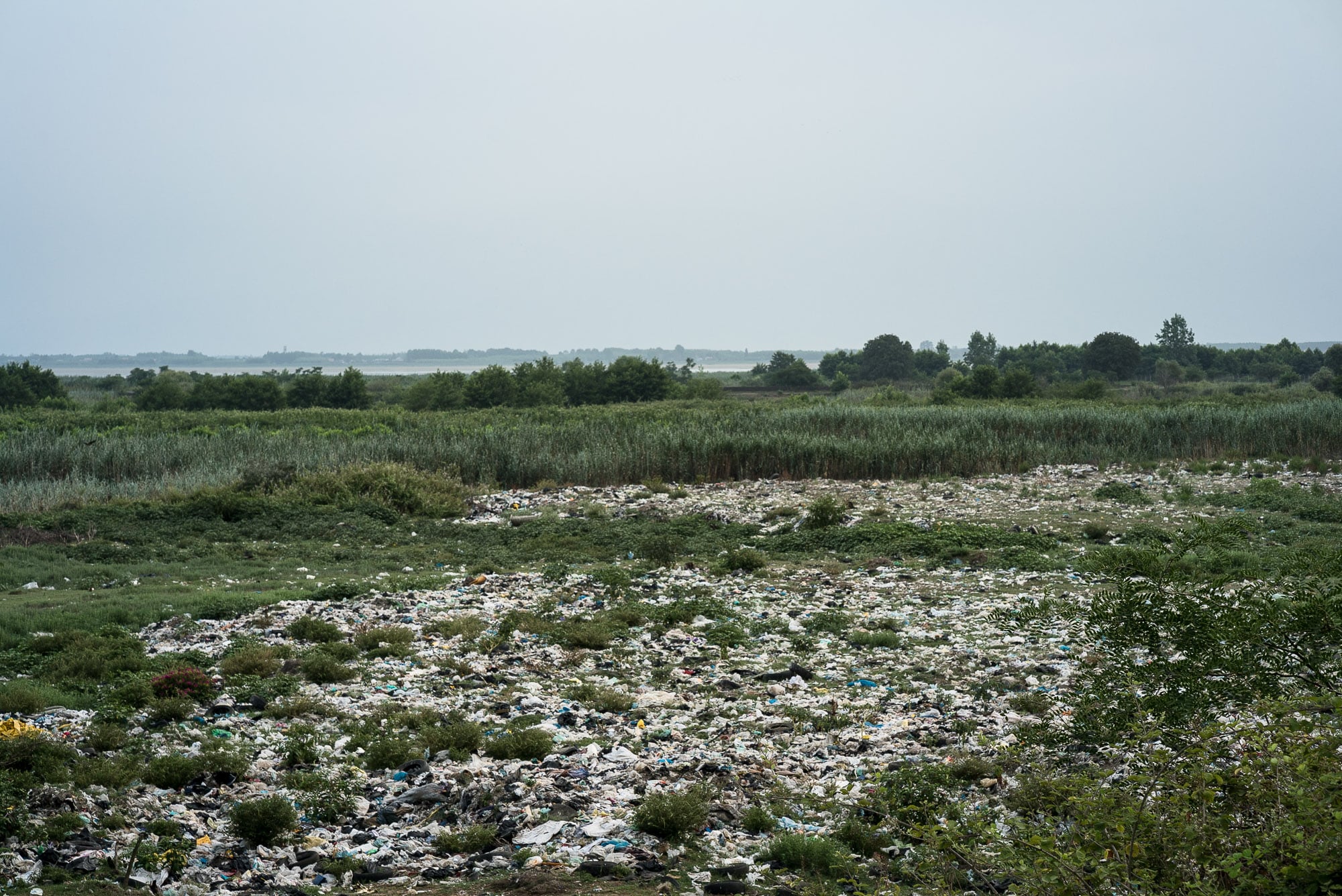 The rest of the day was just kilometer after kilometer on the highway, interspersed with little shrines here and there: 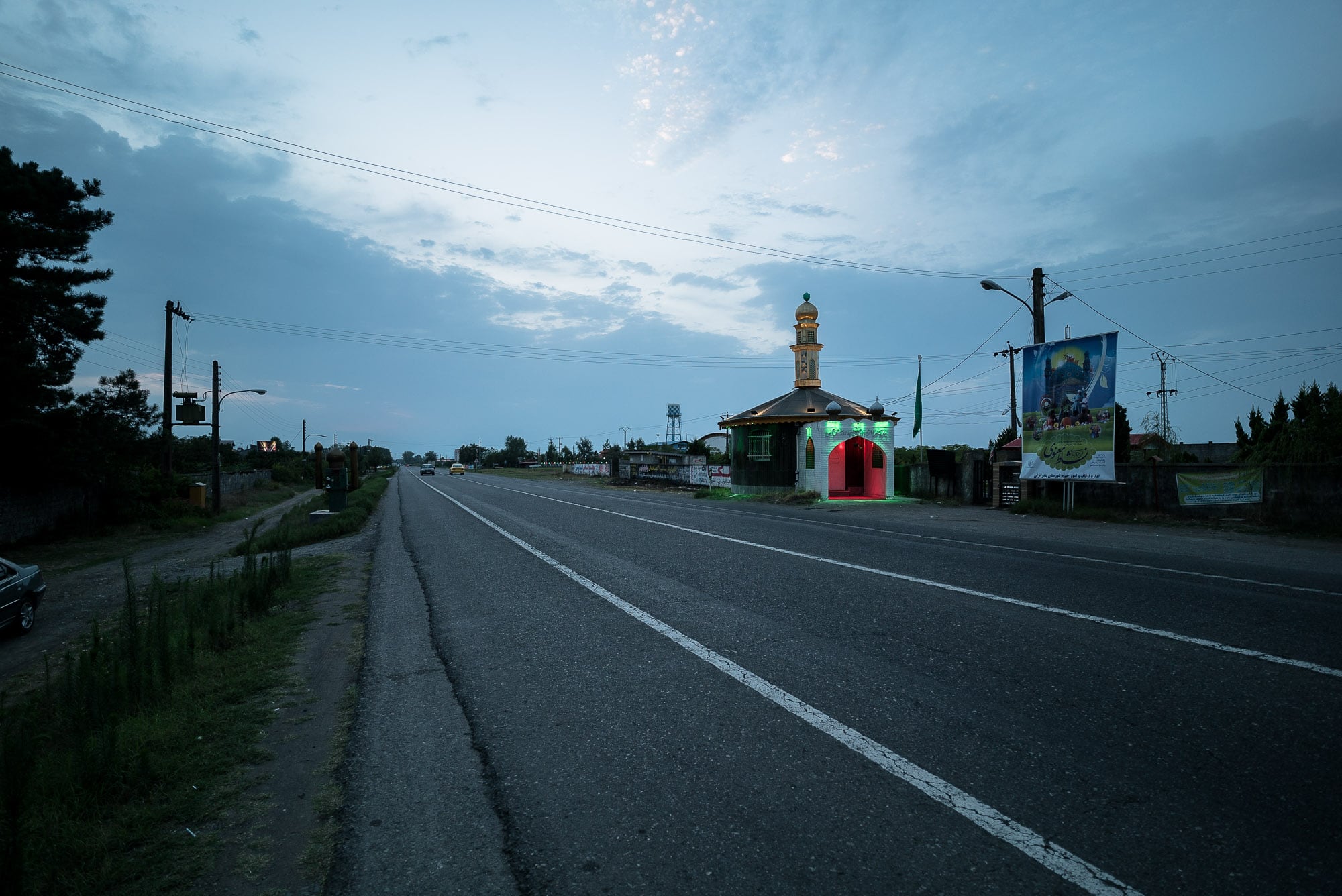 One time, there was a little fire in the darkness: 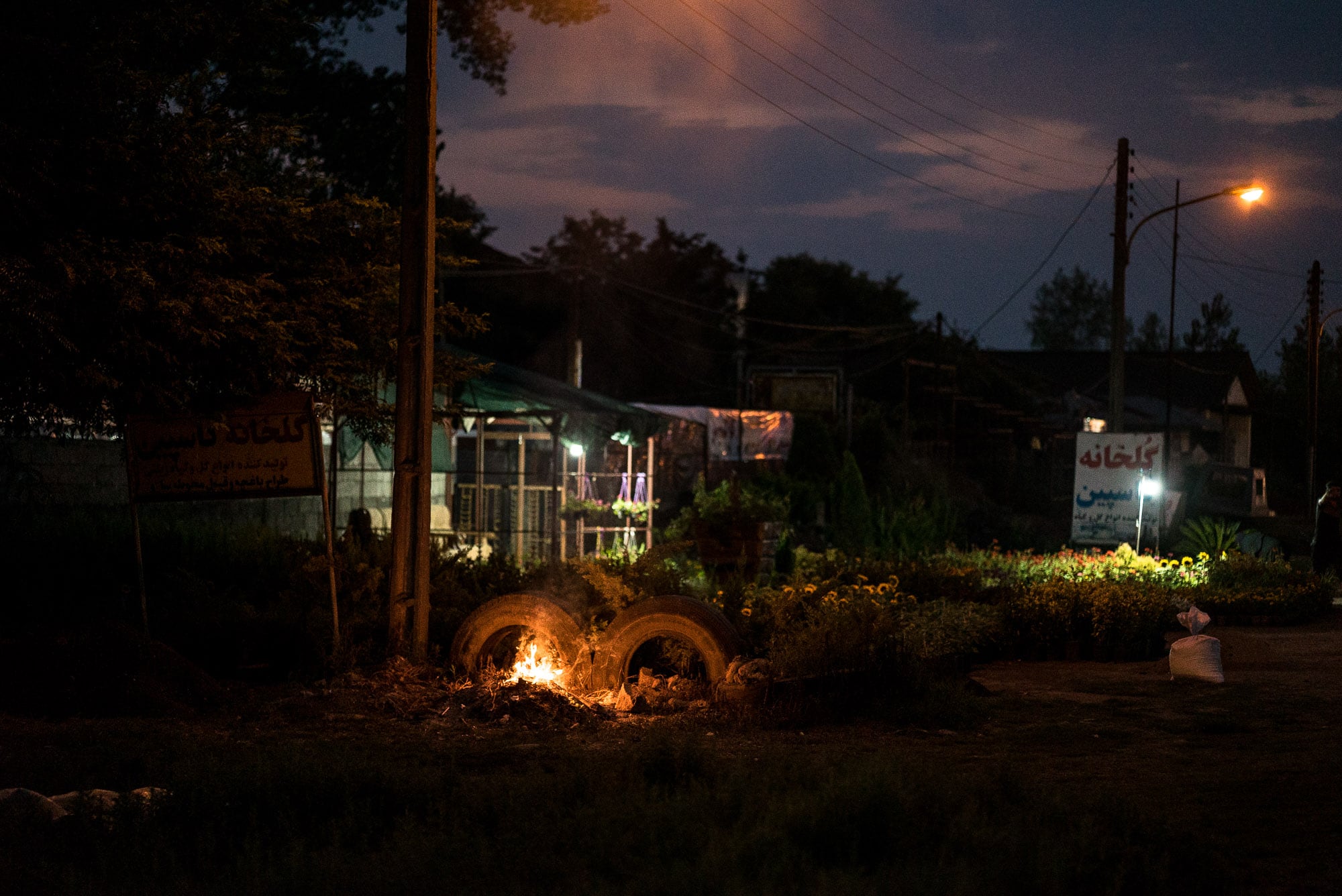 It reminded me of the candles in the church.

Day 1186
from Bandar Anzali to Kachalak