Naturally and totally in line with her character, the Caboose decided to go kaput this morning, just as we were preparing to leave the eco lodge. And it wasn’t just a minor problem, either: we crossed a tree branch, there was a thumping sound, and one of the axles had snapped in half.

There was a little issue with the spare wheel as well, but the team of Lotka kindly helped me sort it out: 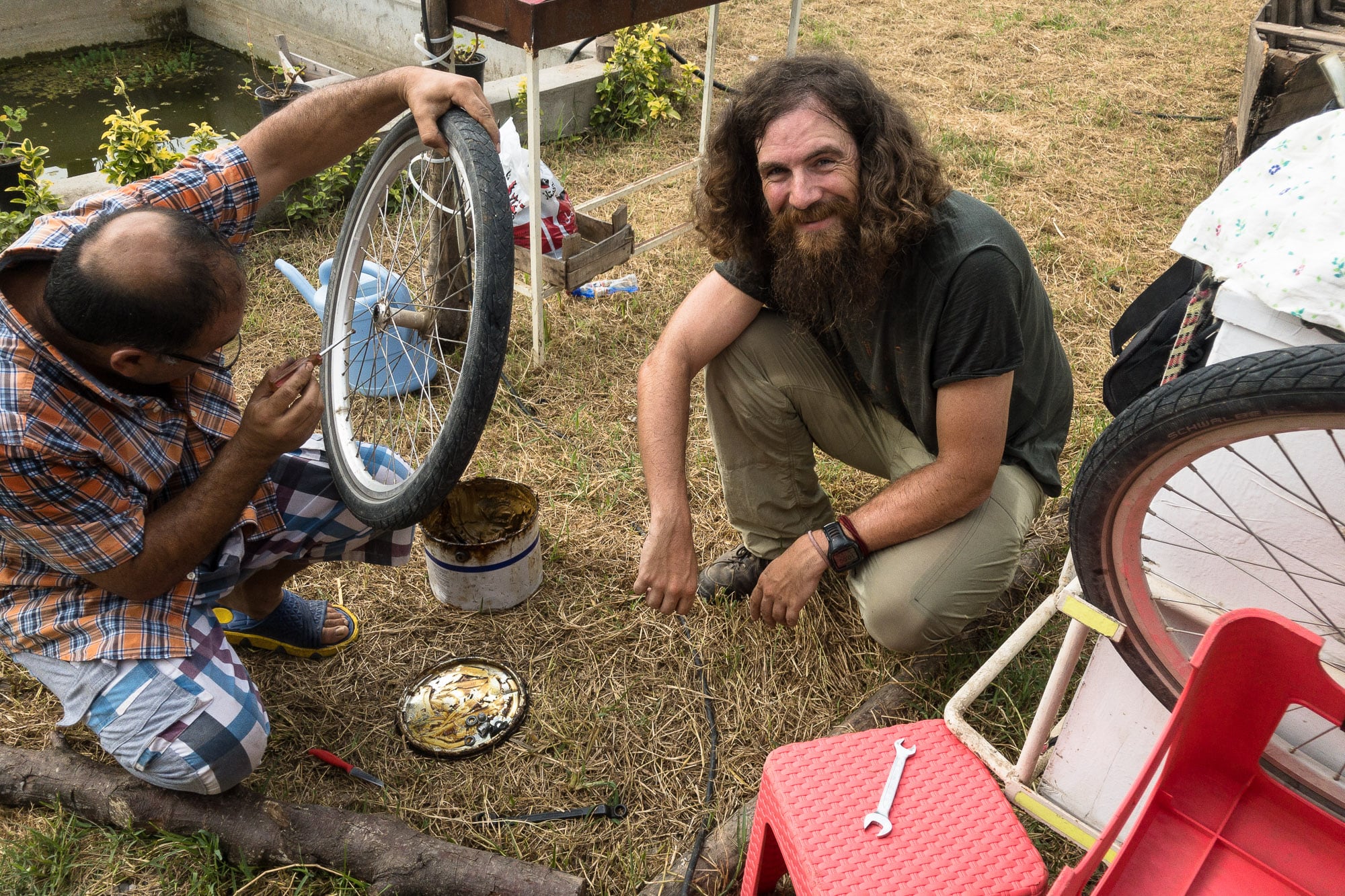 Then we were on our way: 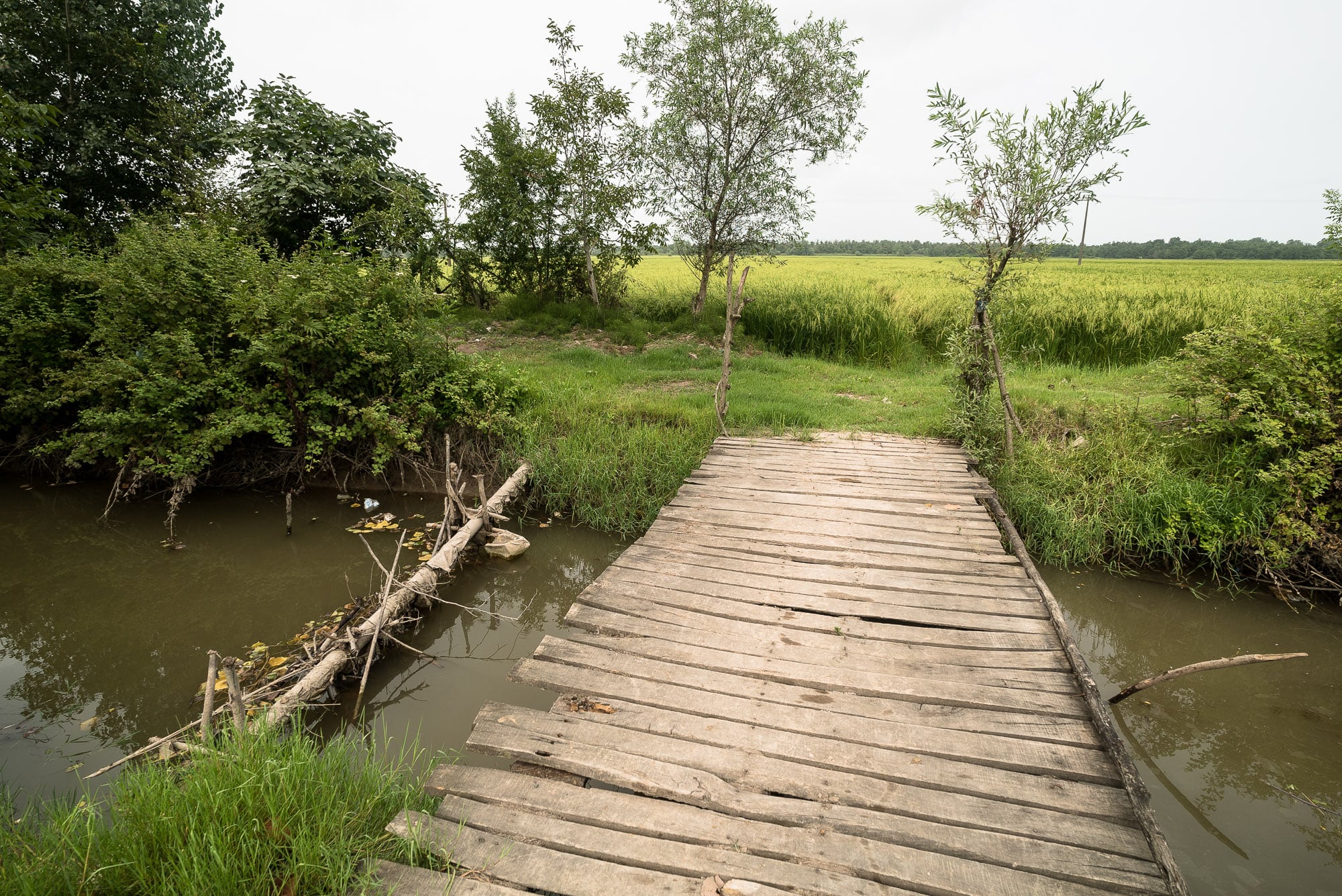 There were clouds, but it was warm anyway: 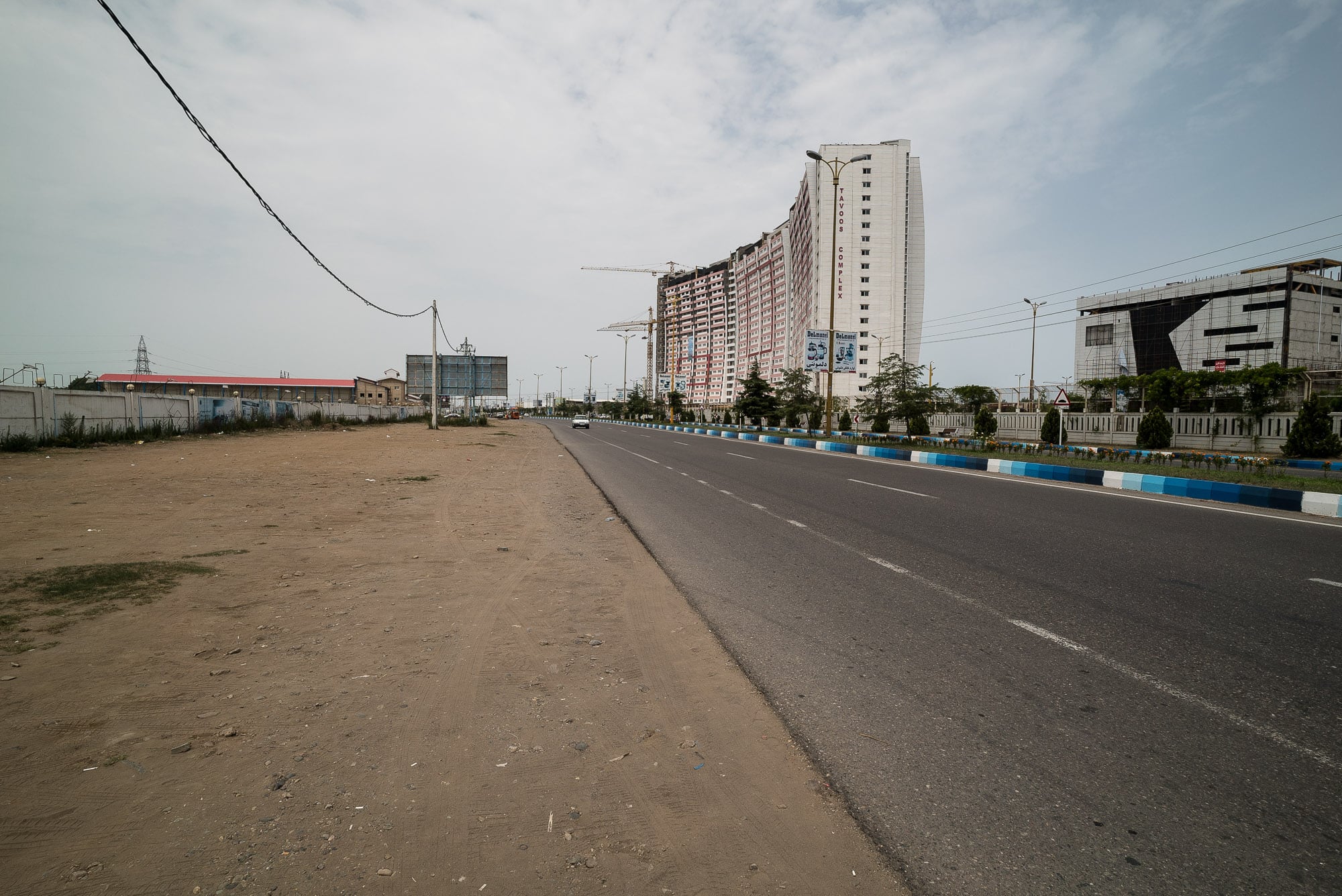 In fact it was hot, hot and humid and sticky and sweaty and miserable.

One time a car stopped, and this friendly gentleman came out and shook my hand: 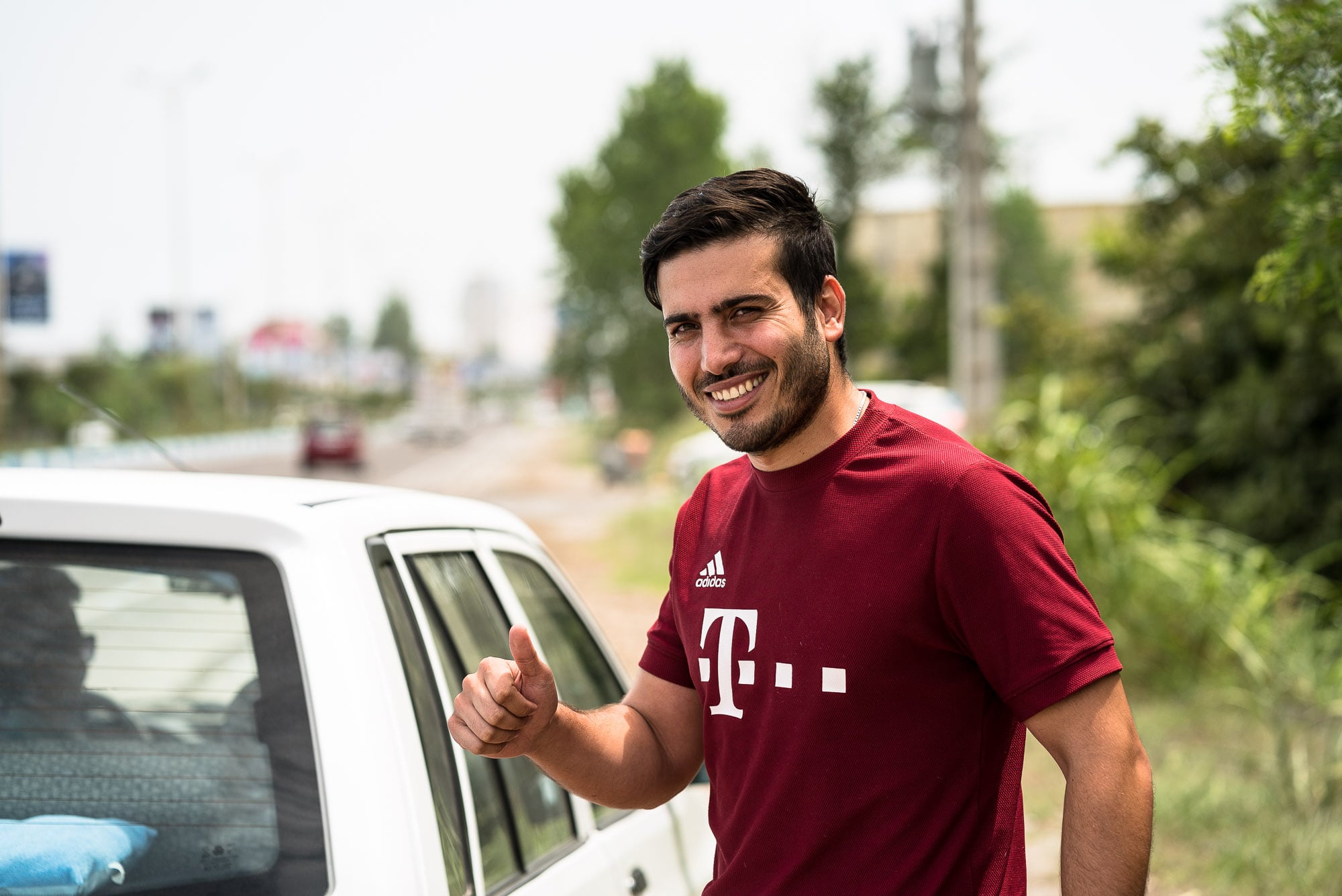 Then he gave me this: 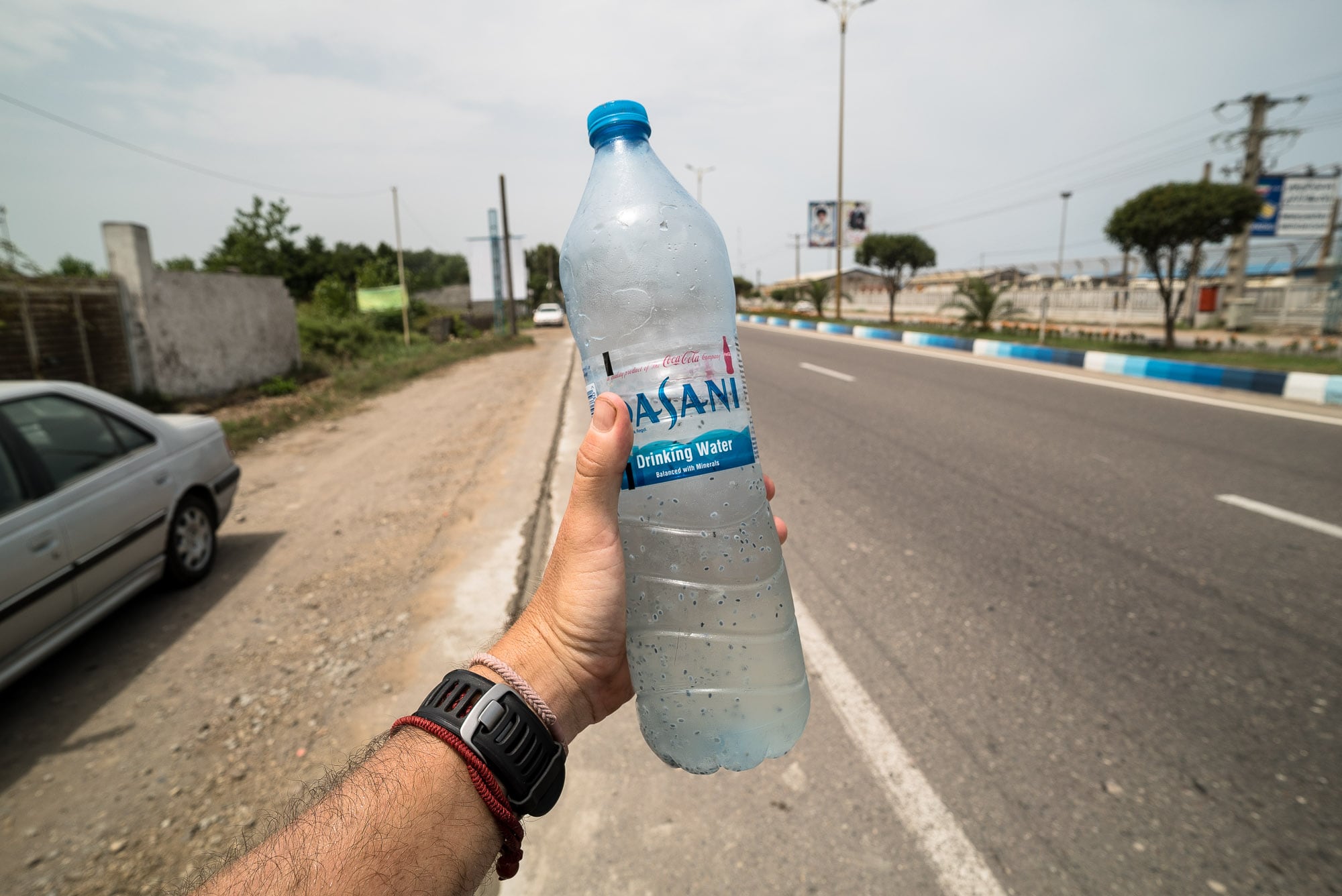 It was a sort of lemonade with basil seeds, a homemade version of the drink I had tried a few months before. Iranians liked this stuff when it was hot, and they were right – it tasted quite wonderful in the heat.

I rested next to a roadside mosque. There was what looked like a lemonade stand outside, but nobody ever stopped there, nor did anyone come out and man it: 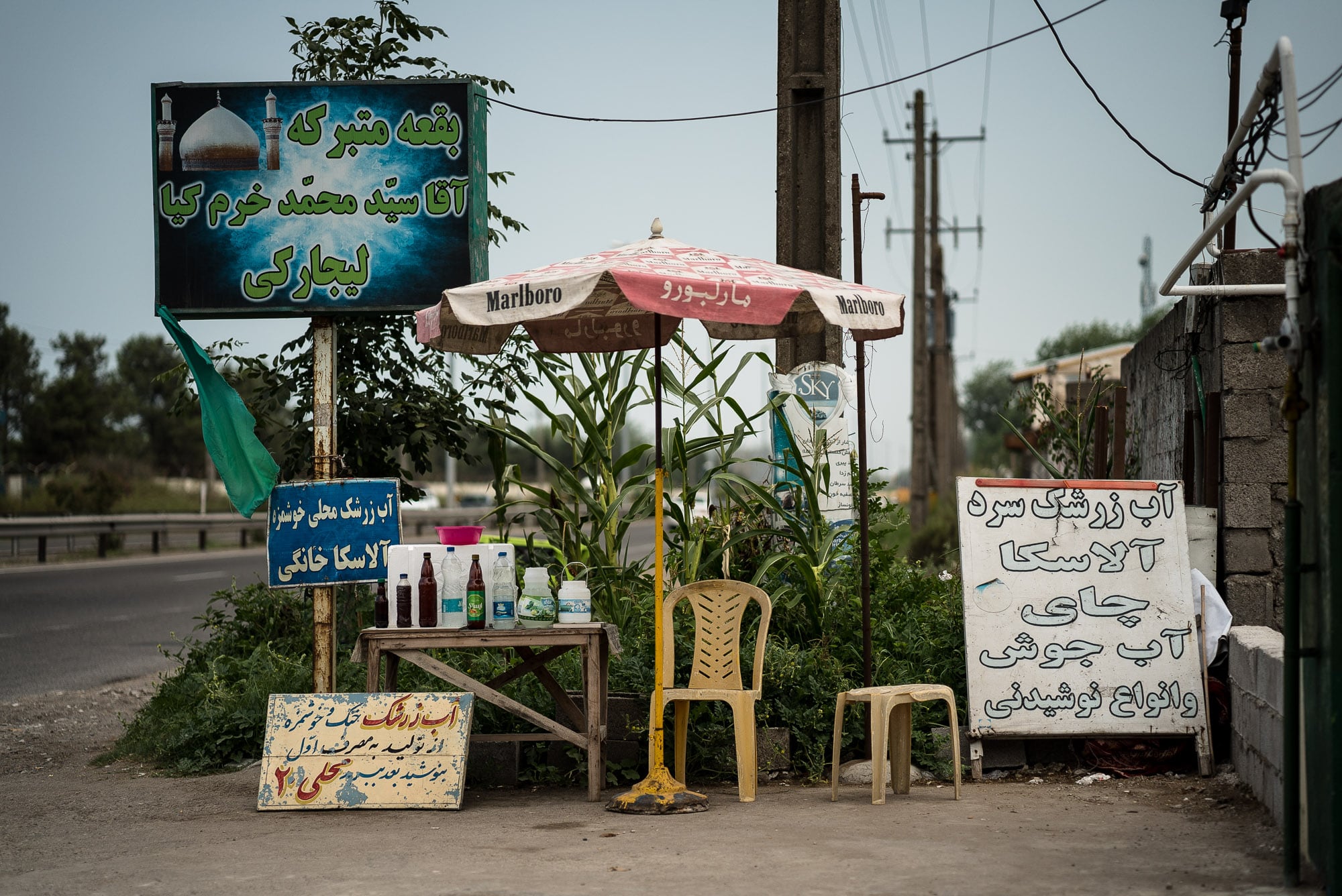 Then I continued walking. This bearded weirdo grinned at me every once in a while: 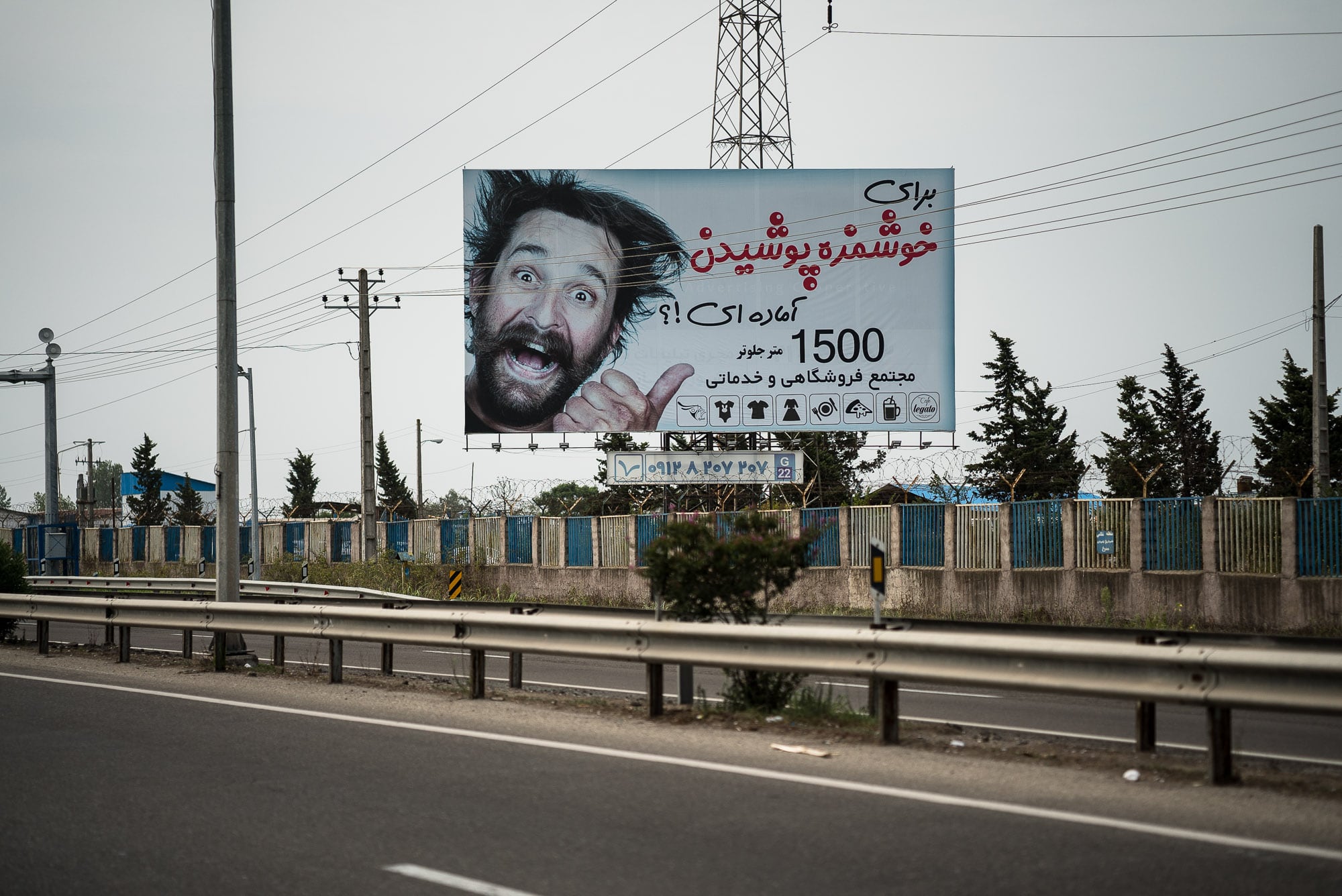 Some truck drivers were resting in the shade: 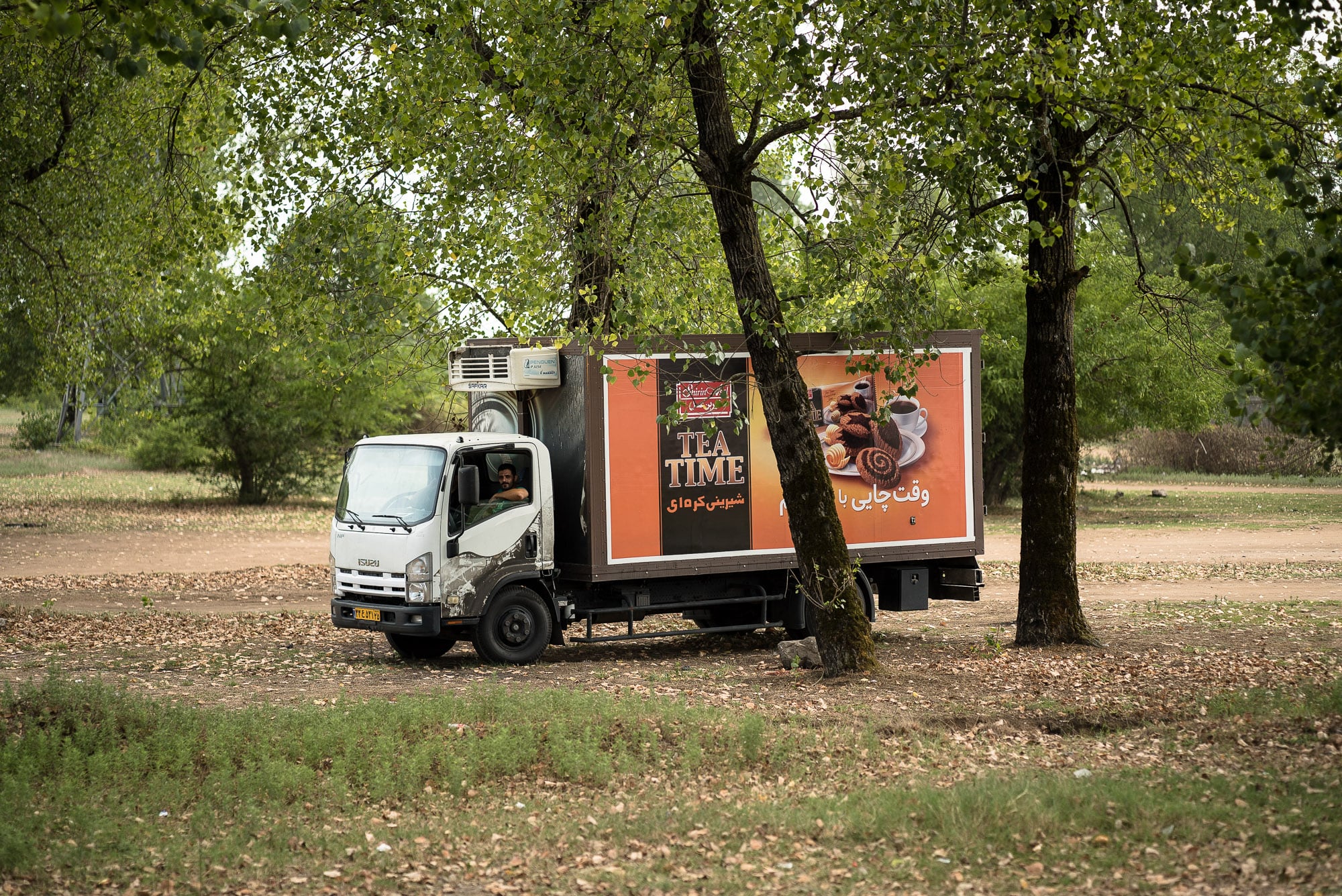 There was a place where you could buy a typical Iranian tent (stands on its own, no nails needed, perfect for an afternoon nap on a slab of concrete): 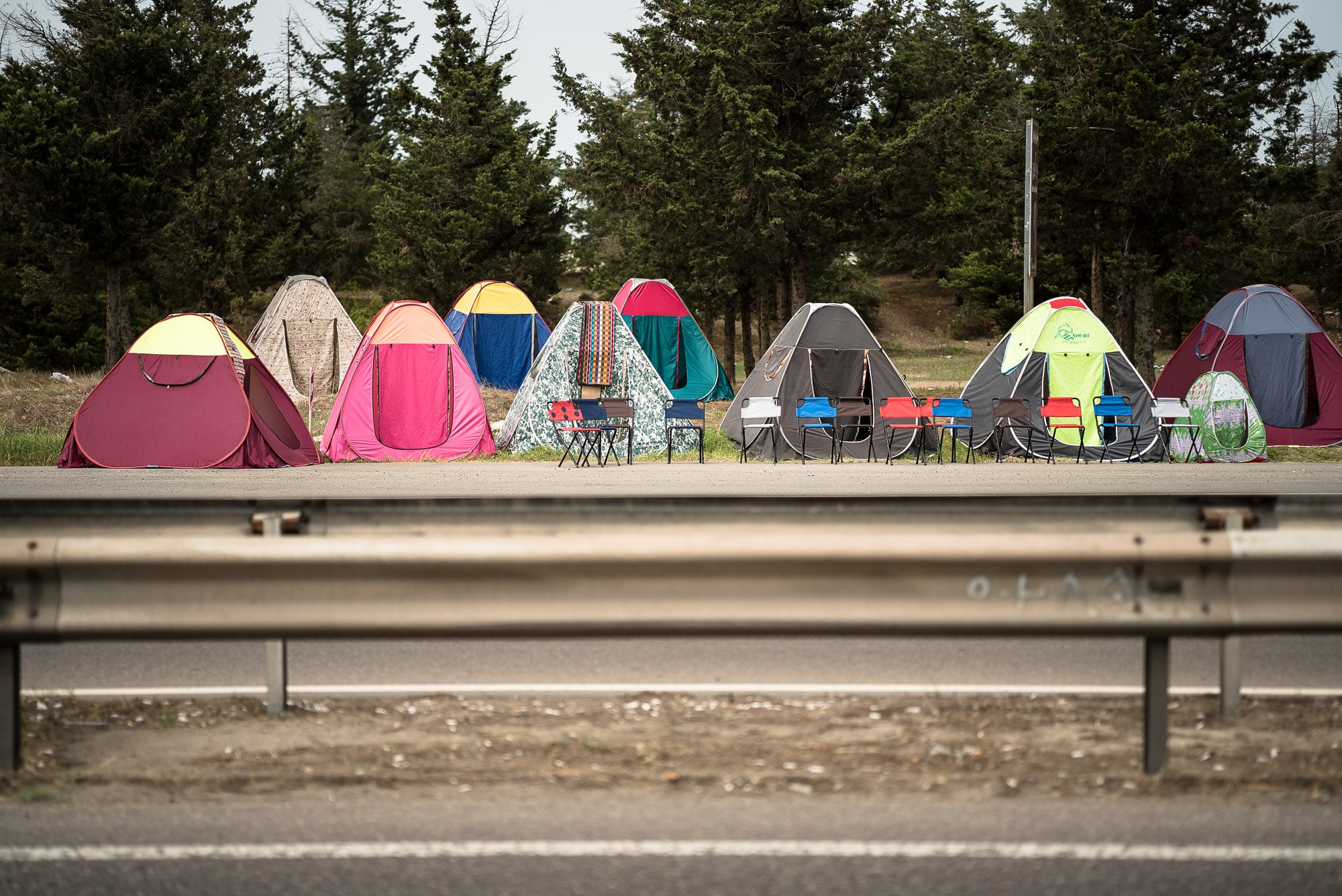 And there was a parked truck with the image of Imam Hussein, whom I hadn’t seen in a long time in these parts of Iran: 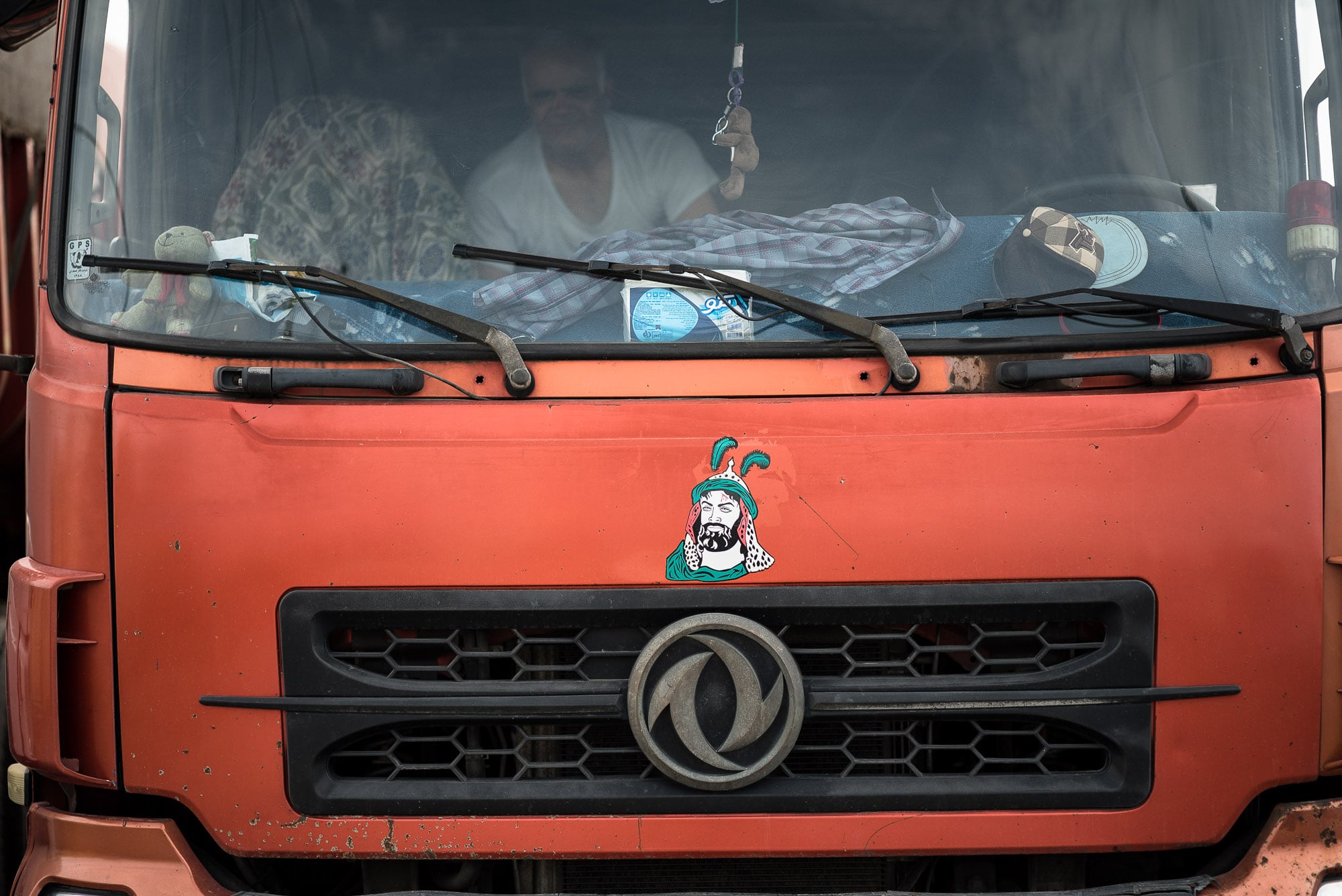 All in all, it seemed as though the whole world was sleeping off the heat: 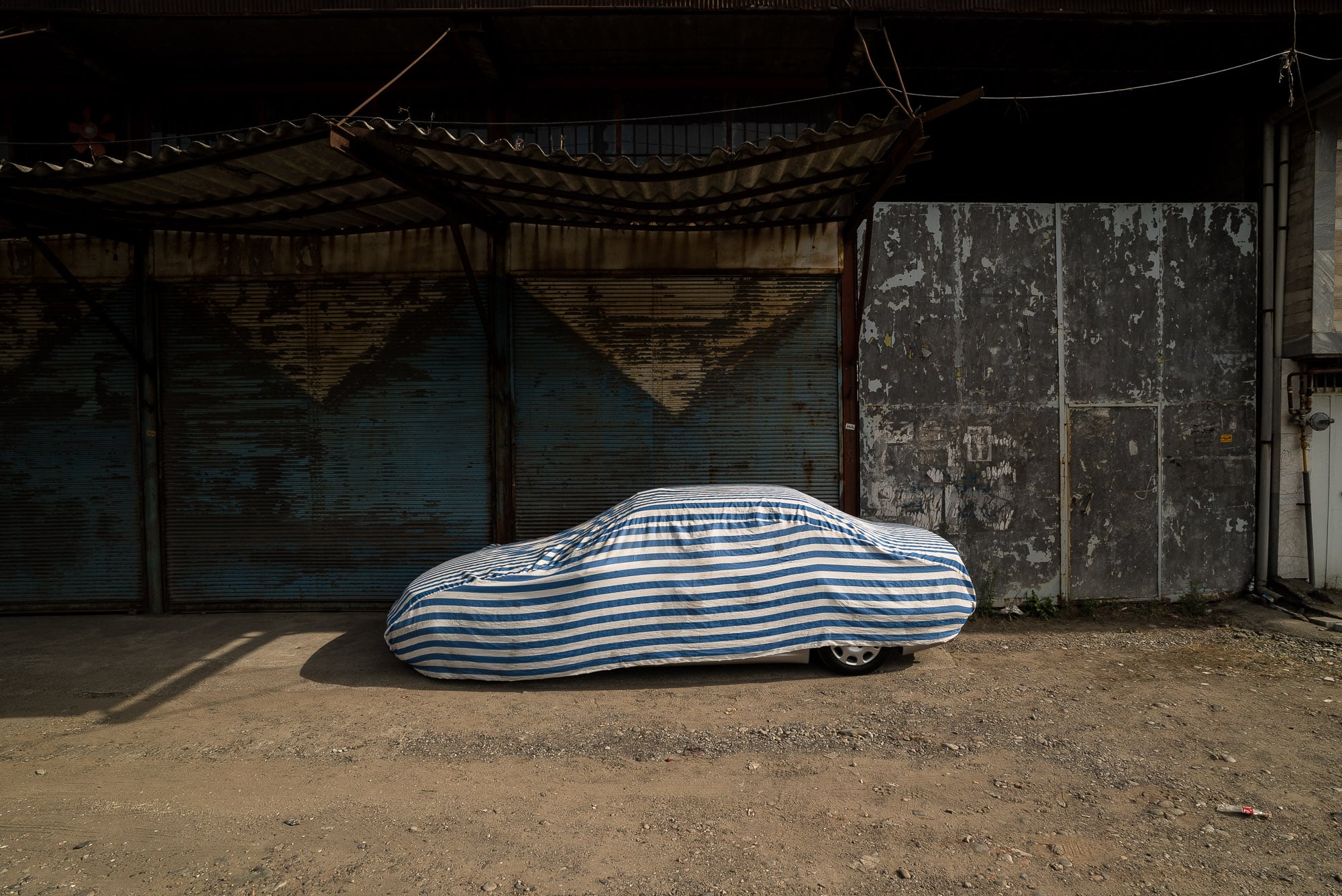 Only I was moving.

When I got to Bandar Anzali, it took a little while to find a bicycle repair shop, but in the end I got lucky: 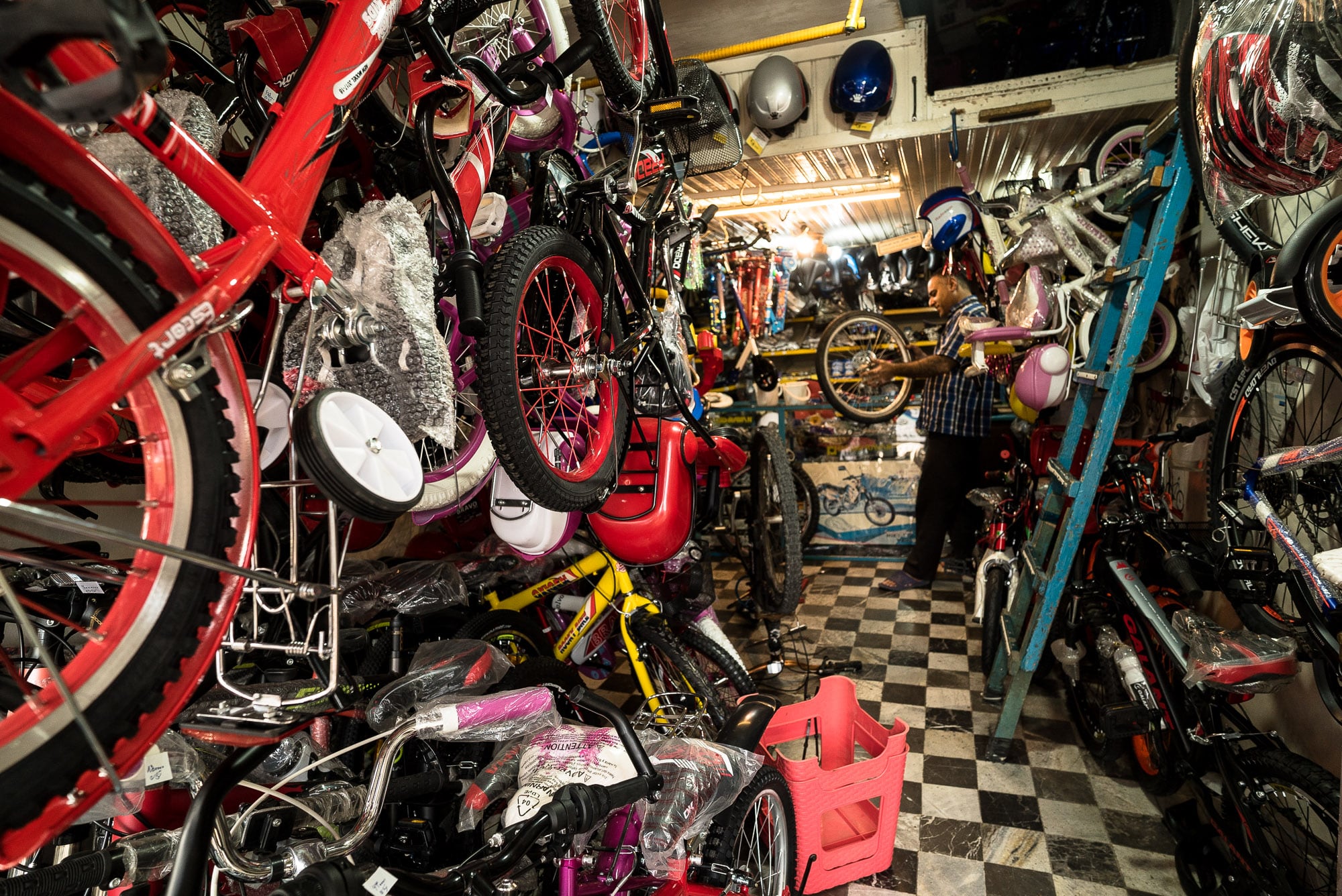 The dude was super serious, didn’t speak much, and certainly didn’t smile. But he got the job done and changed the axle.

Then I crossed an old bridge in the center of the city: 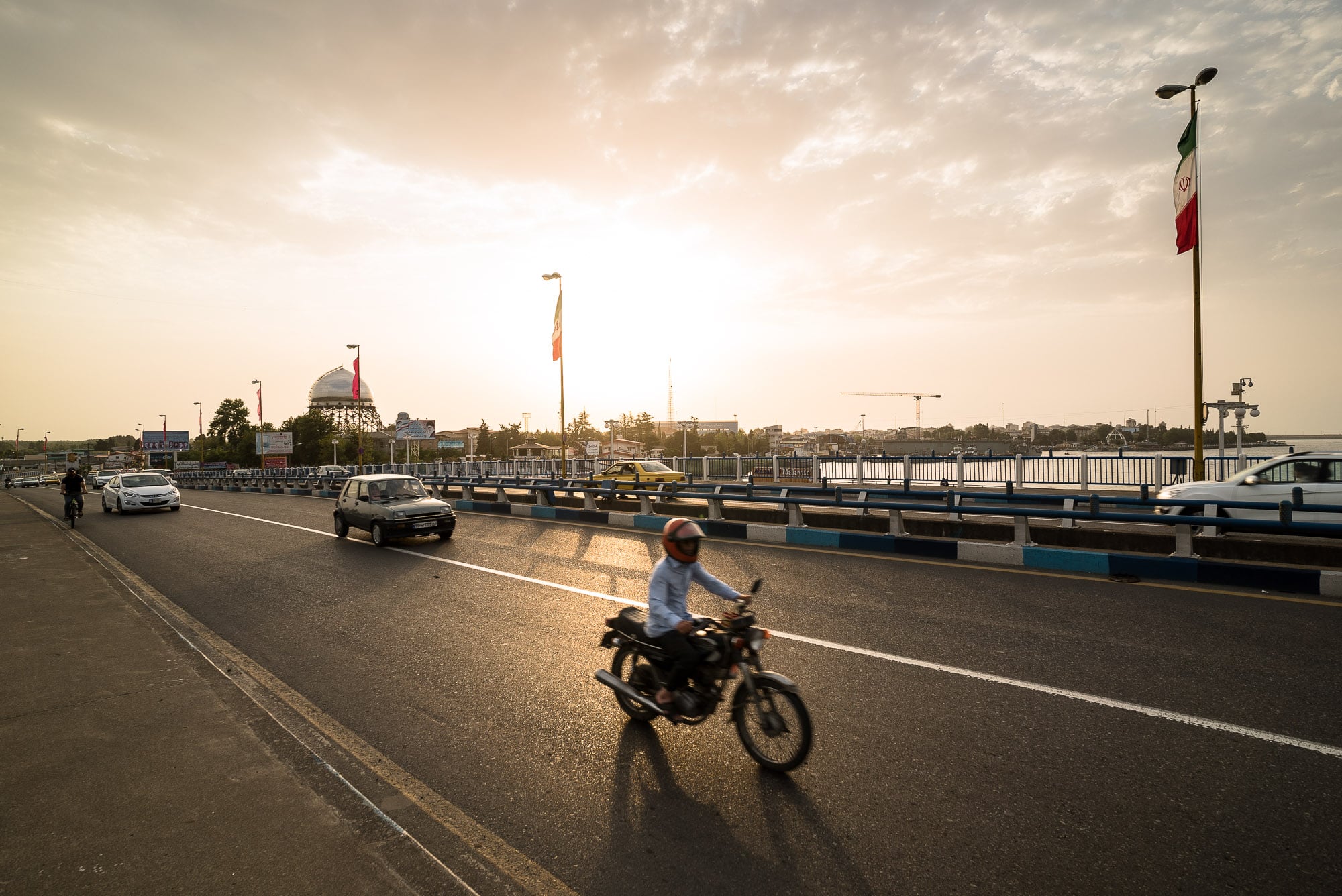 It reminded me a bit of South Florida – the heat, the green mixed in with the concrete, and the wetlands that started right next to the city: 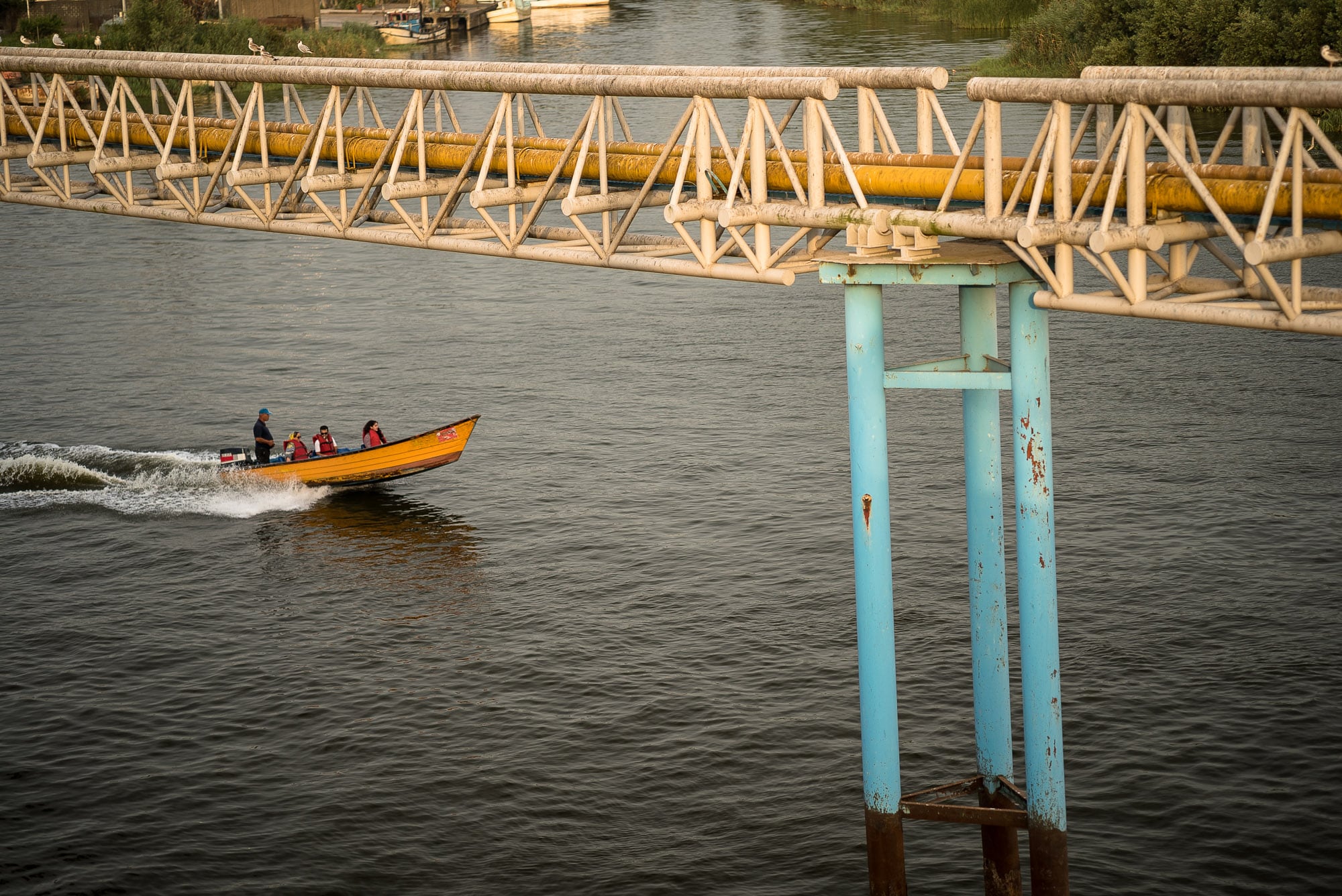 I took a time-lapse on one of the bridges (it’s in the daily video): 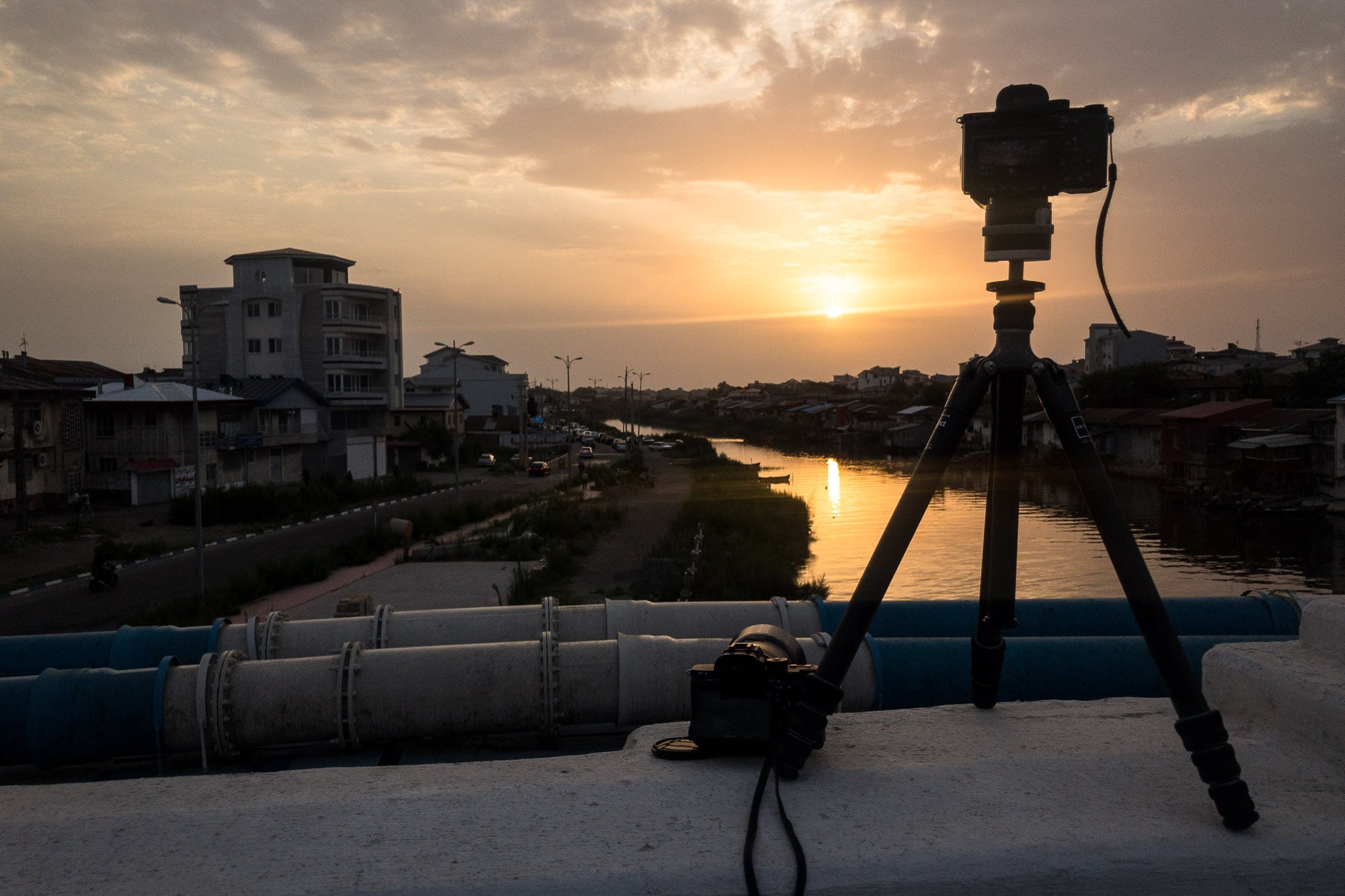 Then I went to a church that I had noticed on the map, but this gentleman told me it was closed: 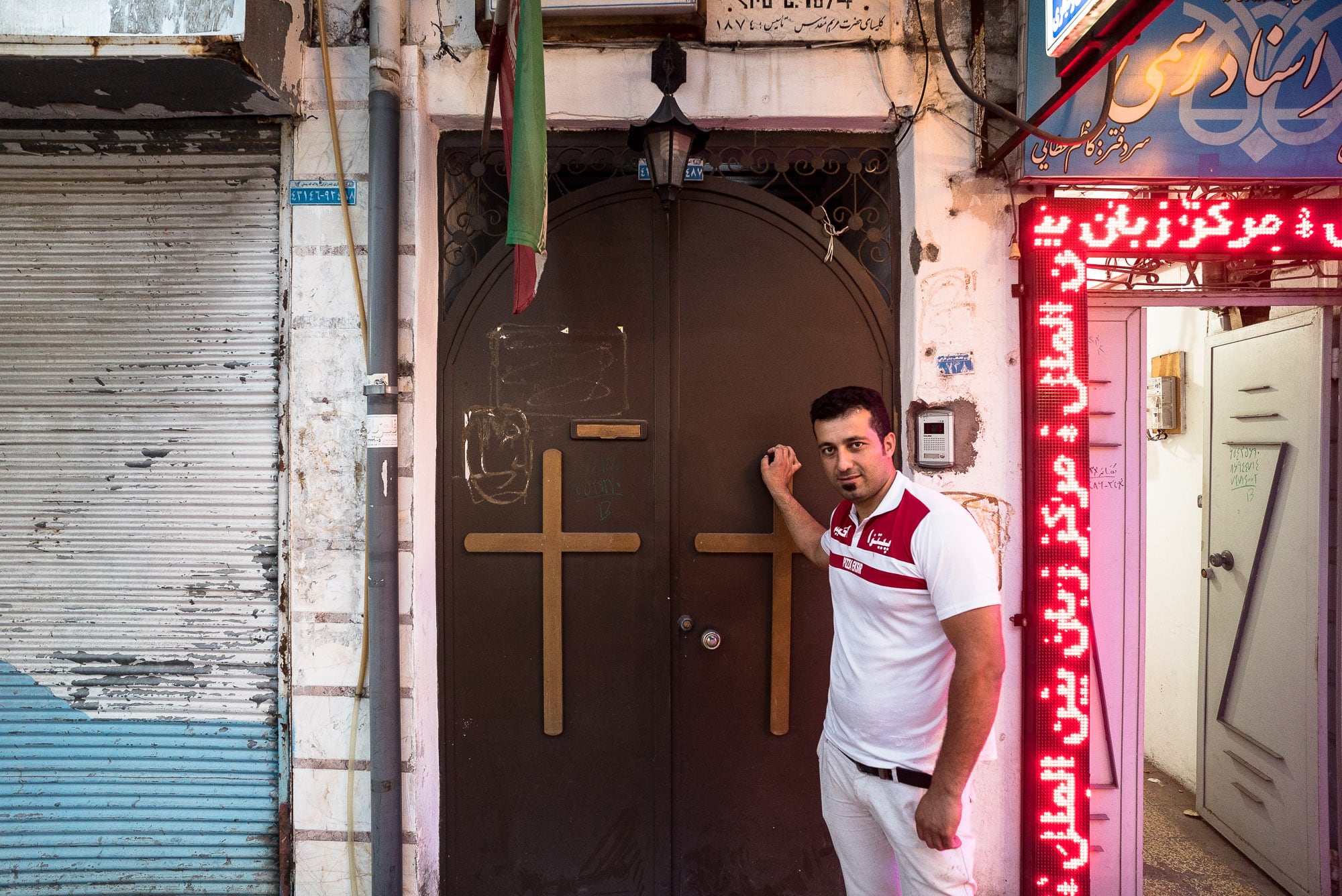 I talked to a friendly nut vendor for a while, and he told me the church was only open on Sunday: 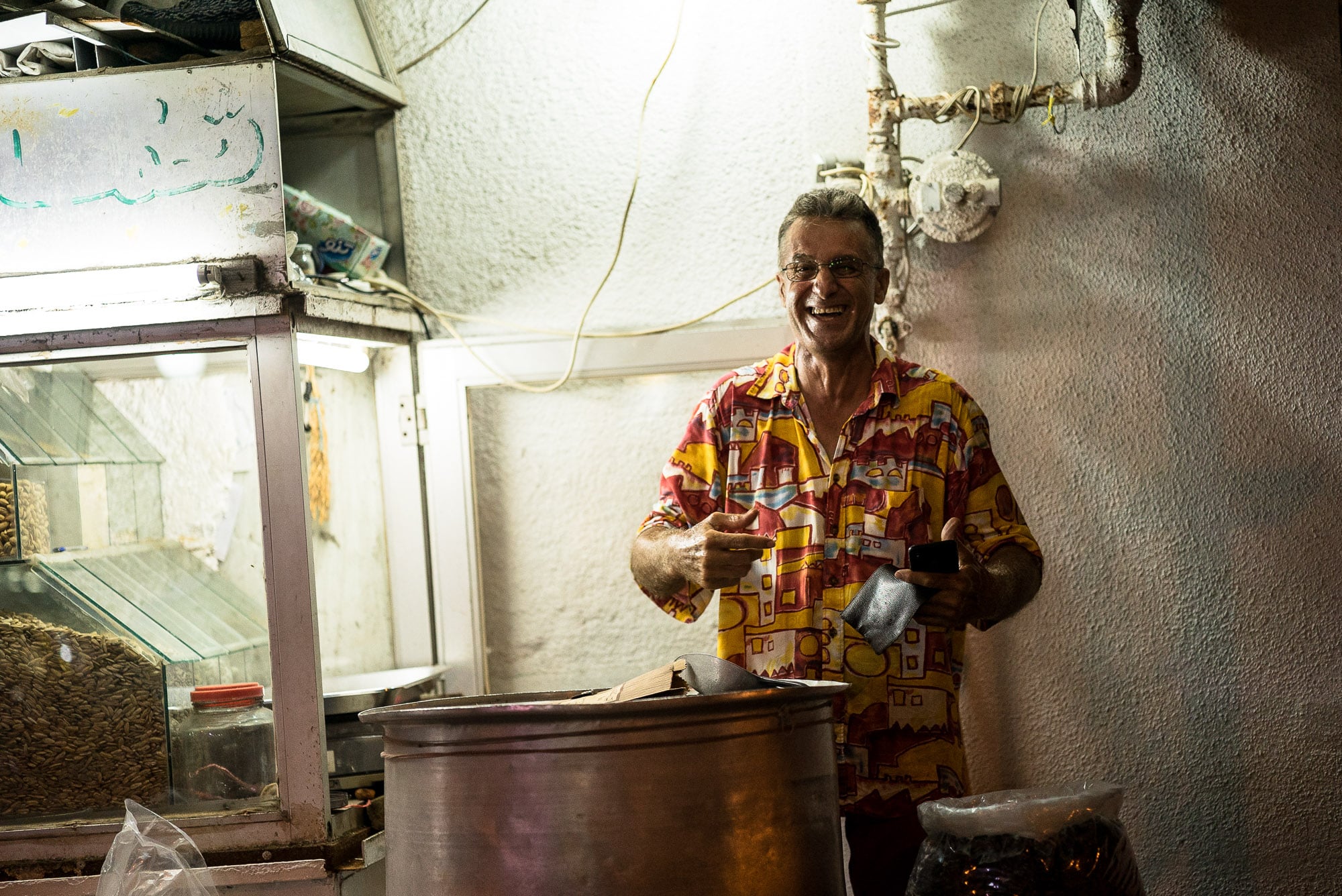 I looked at my phone – today was Saturday.

Day 1185
from Chaparpord to Bandar Anzali