Having gone to sleep at two, I somehow woke up at five thirty. I just lay there for a while. Then I got up, brushed my teeth, packed my stuff, and left: 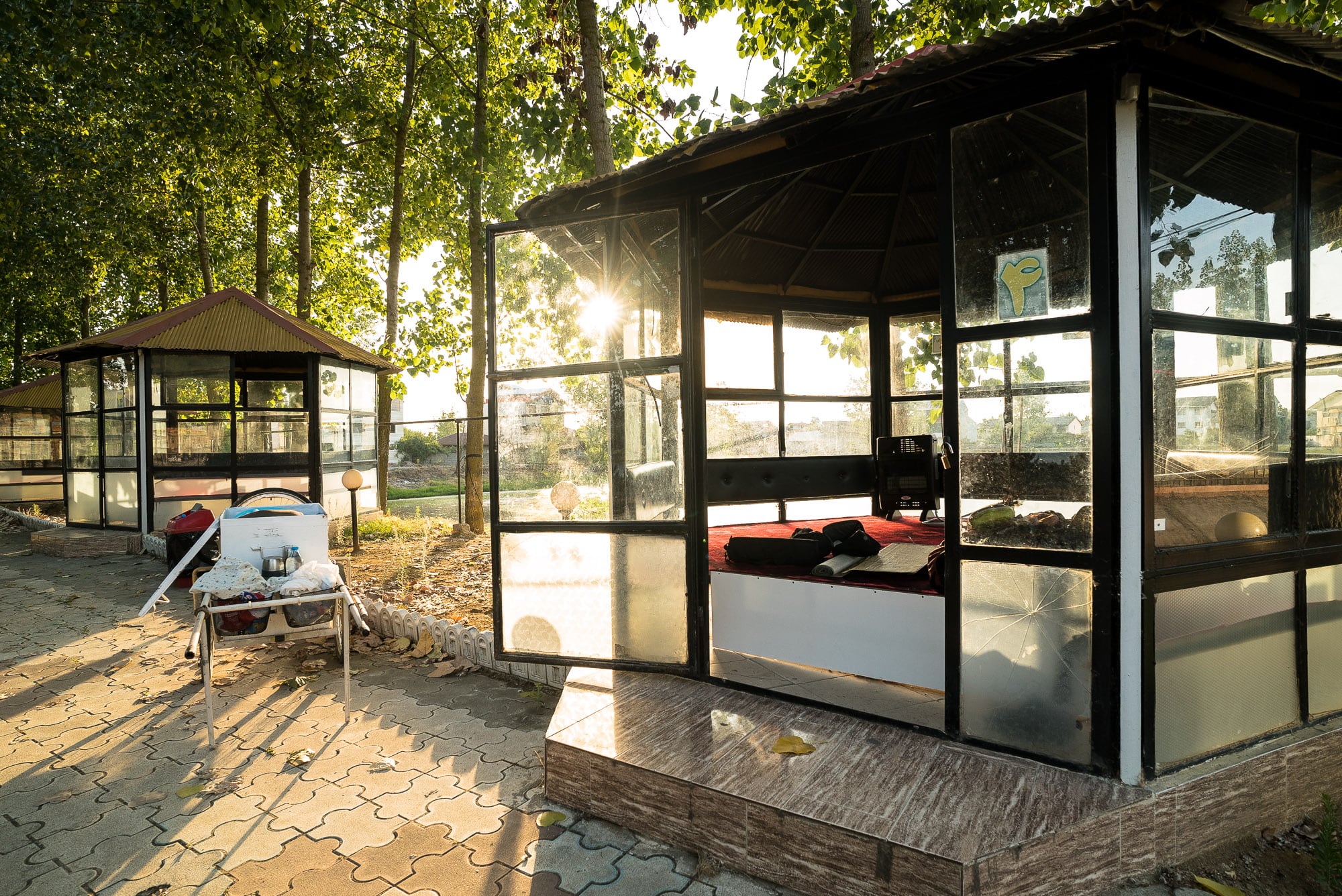 One of the dudes from the night before came along on his motorcycle and said goodbye: 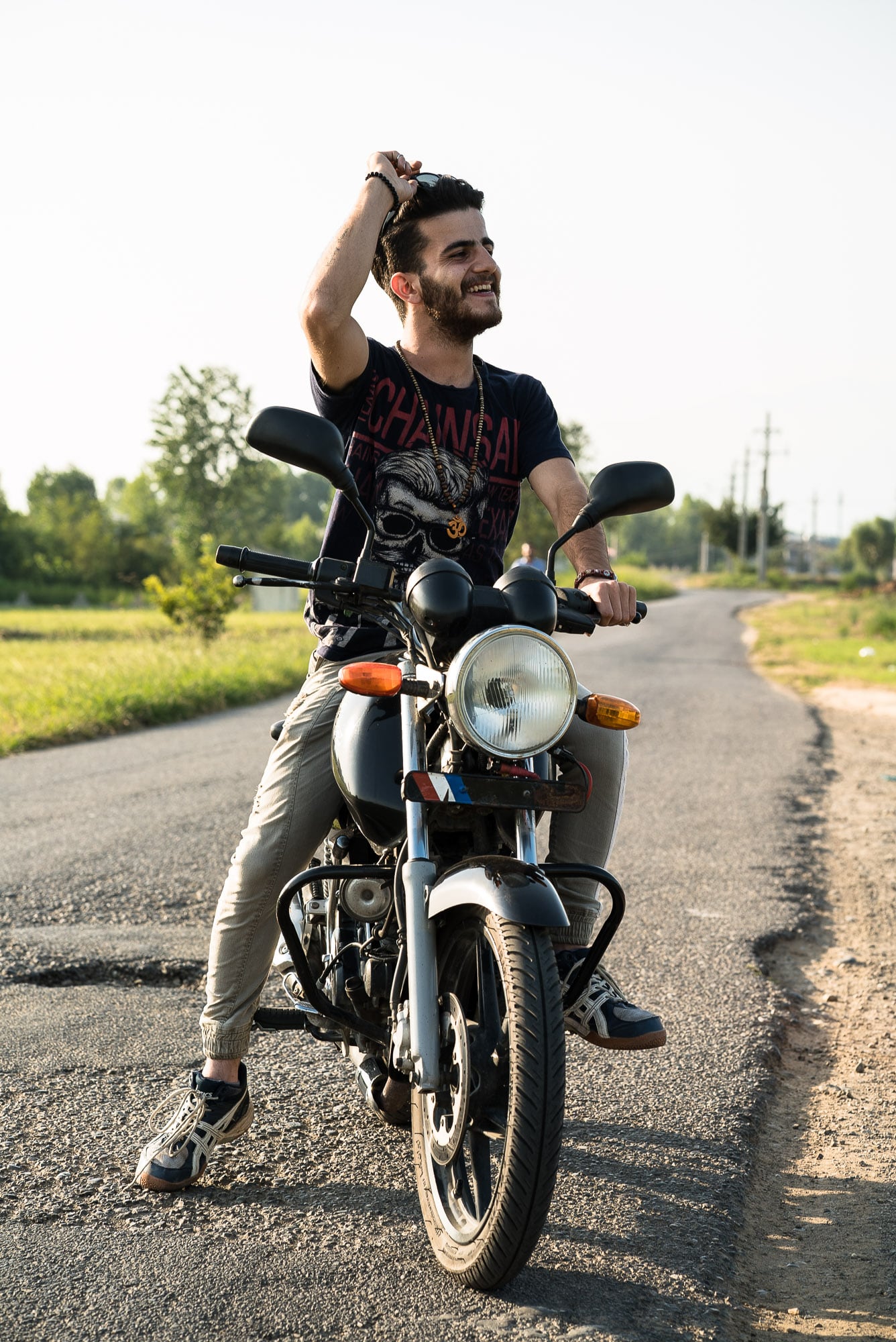 And then I was alone on the road. It led up and down the hills of Gilan: 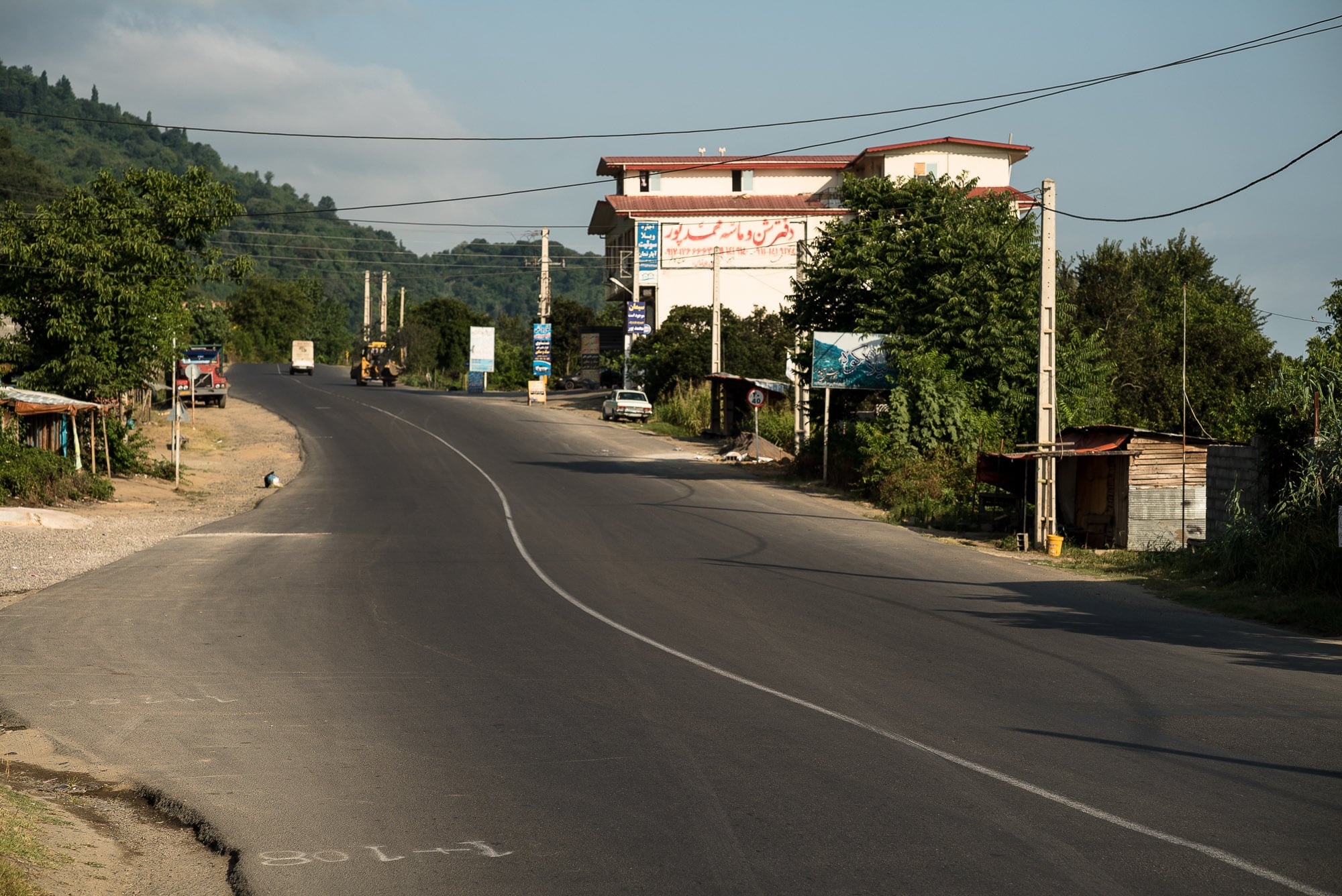 There were villas in those hills: 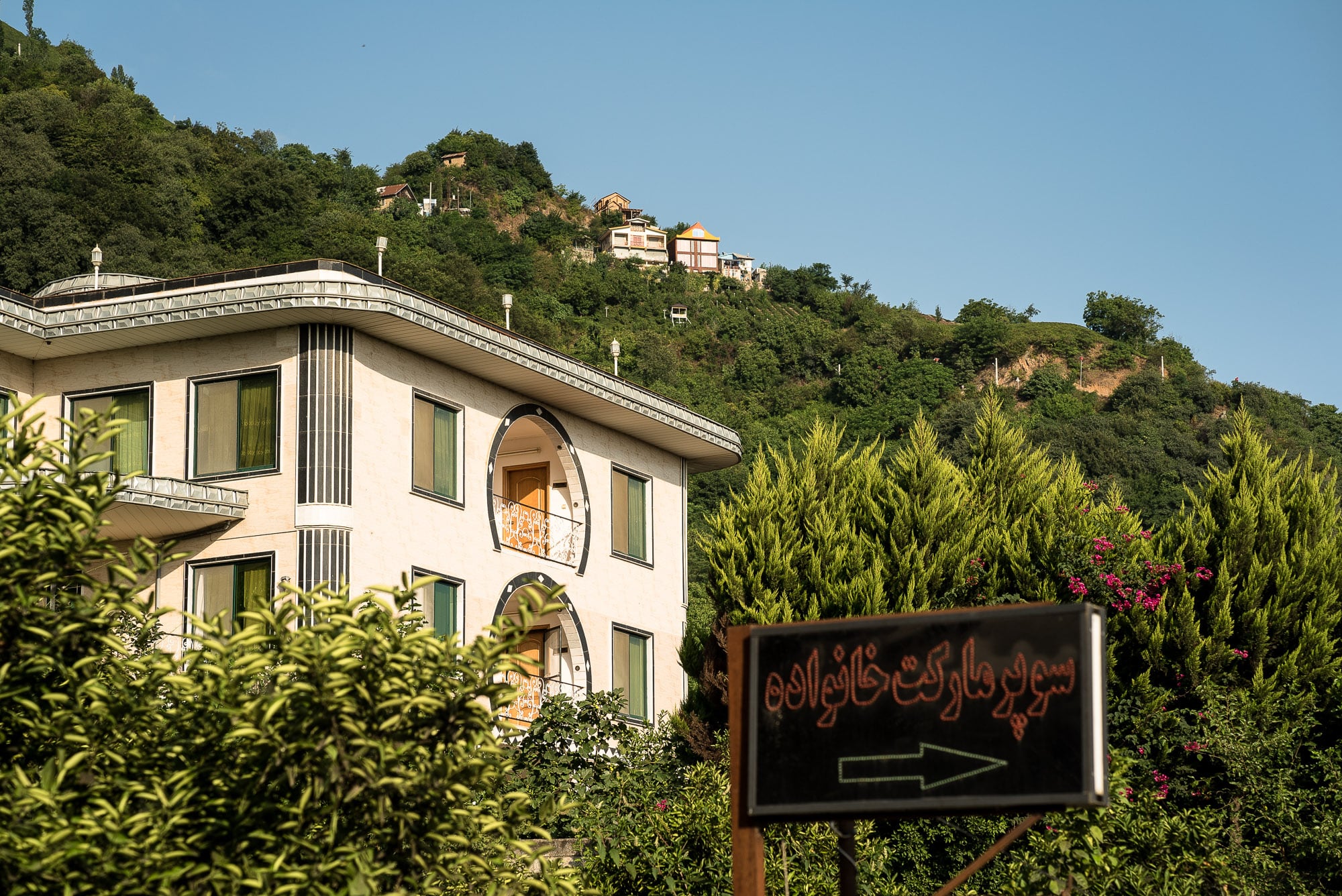 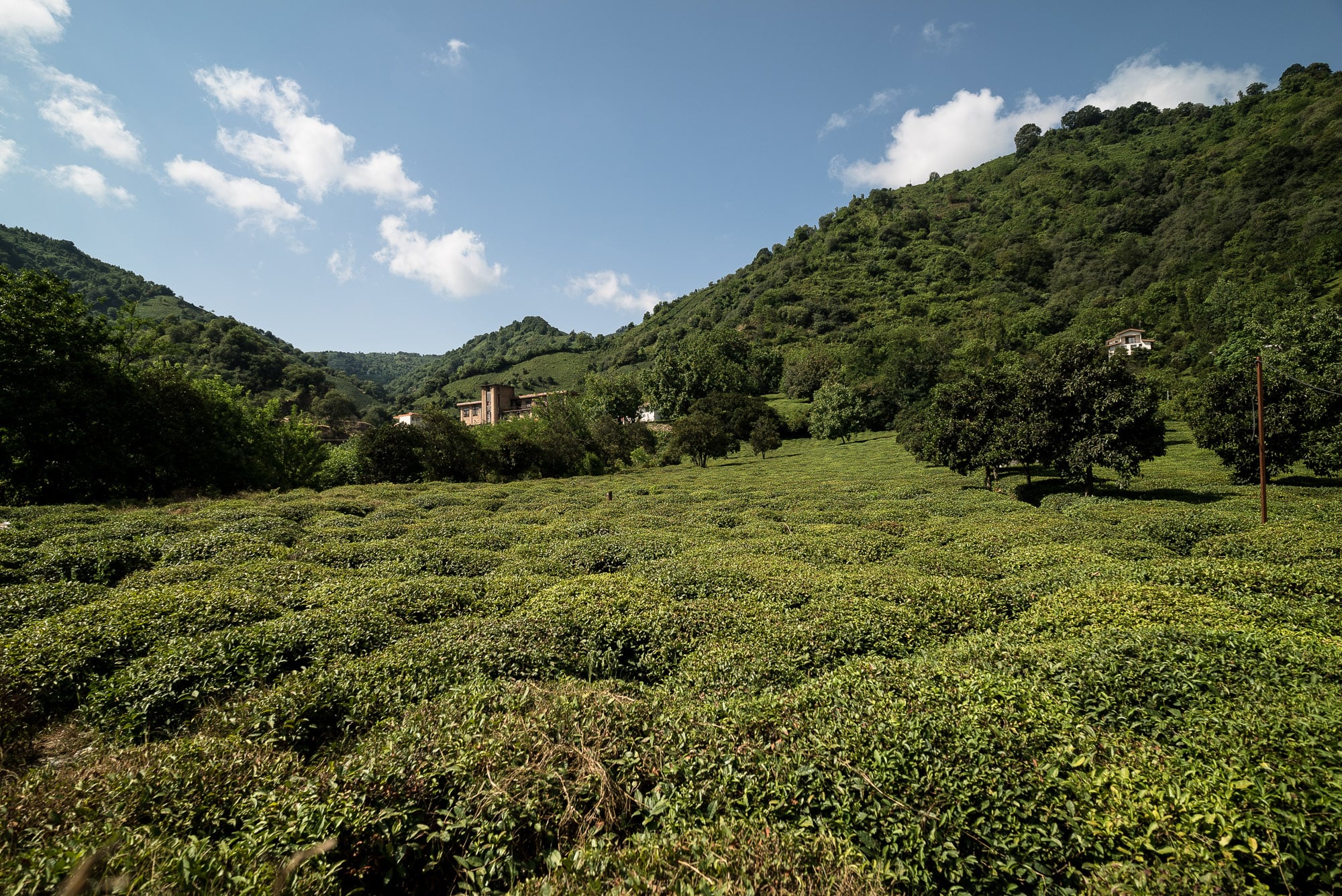 I sat down in a tea house: 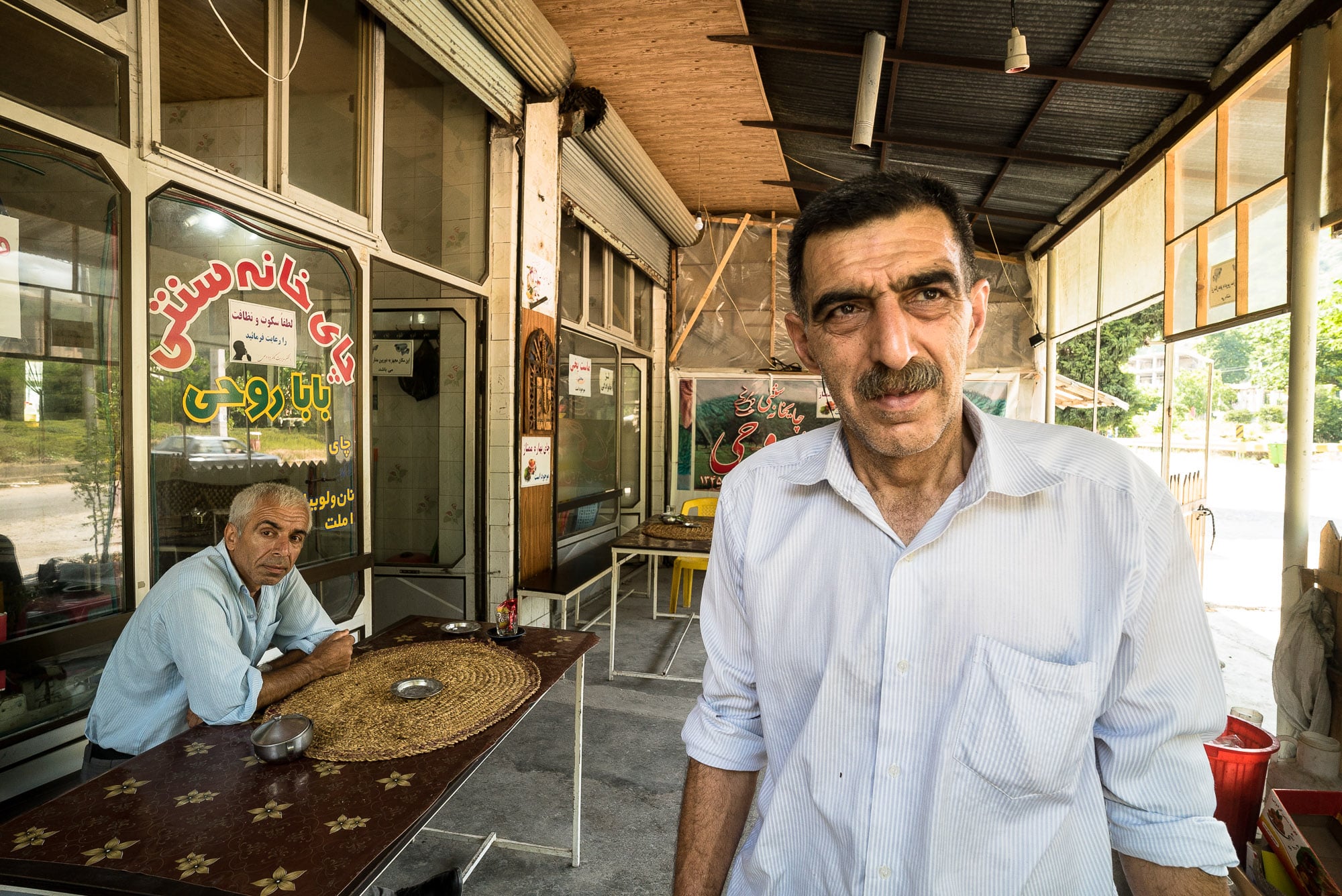 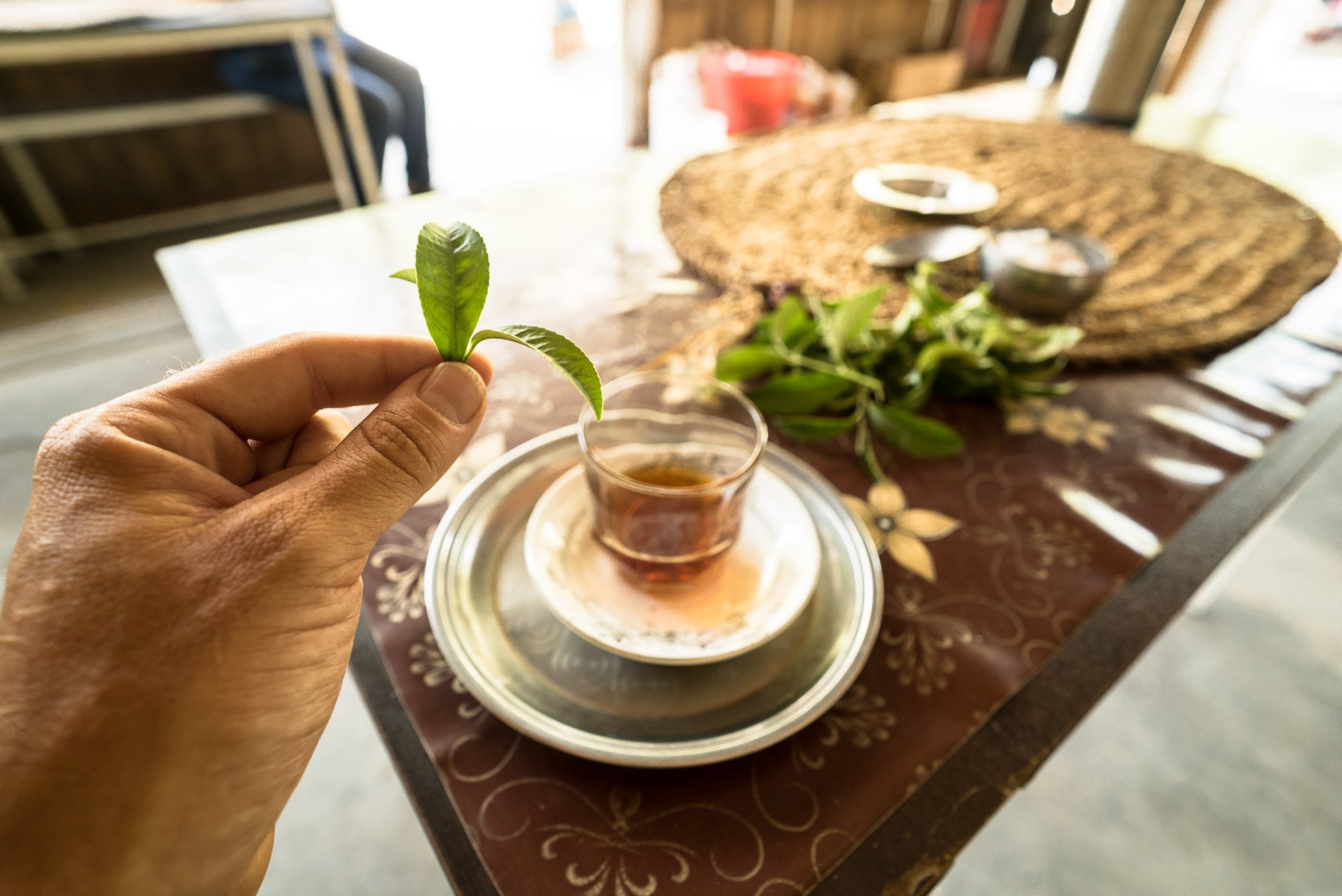 Then my way led through rice fields again: 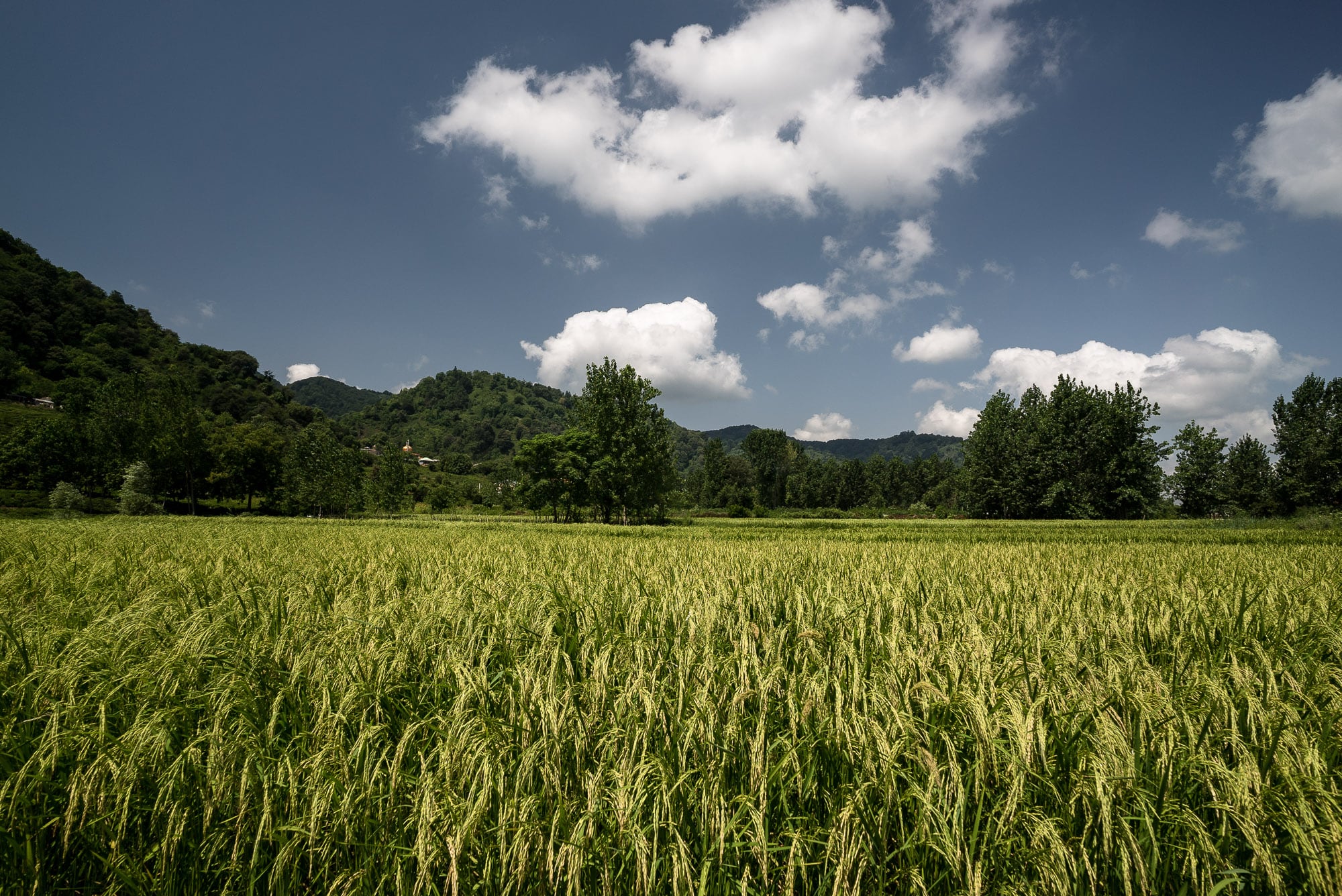 There were horses and birds in those fields: 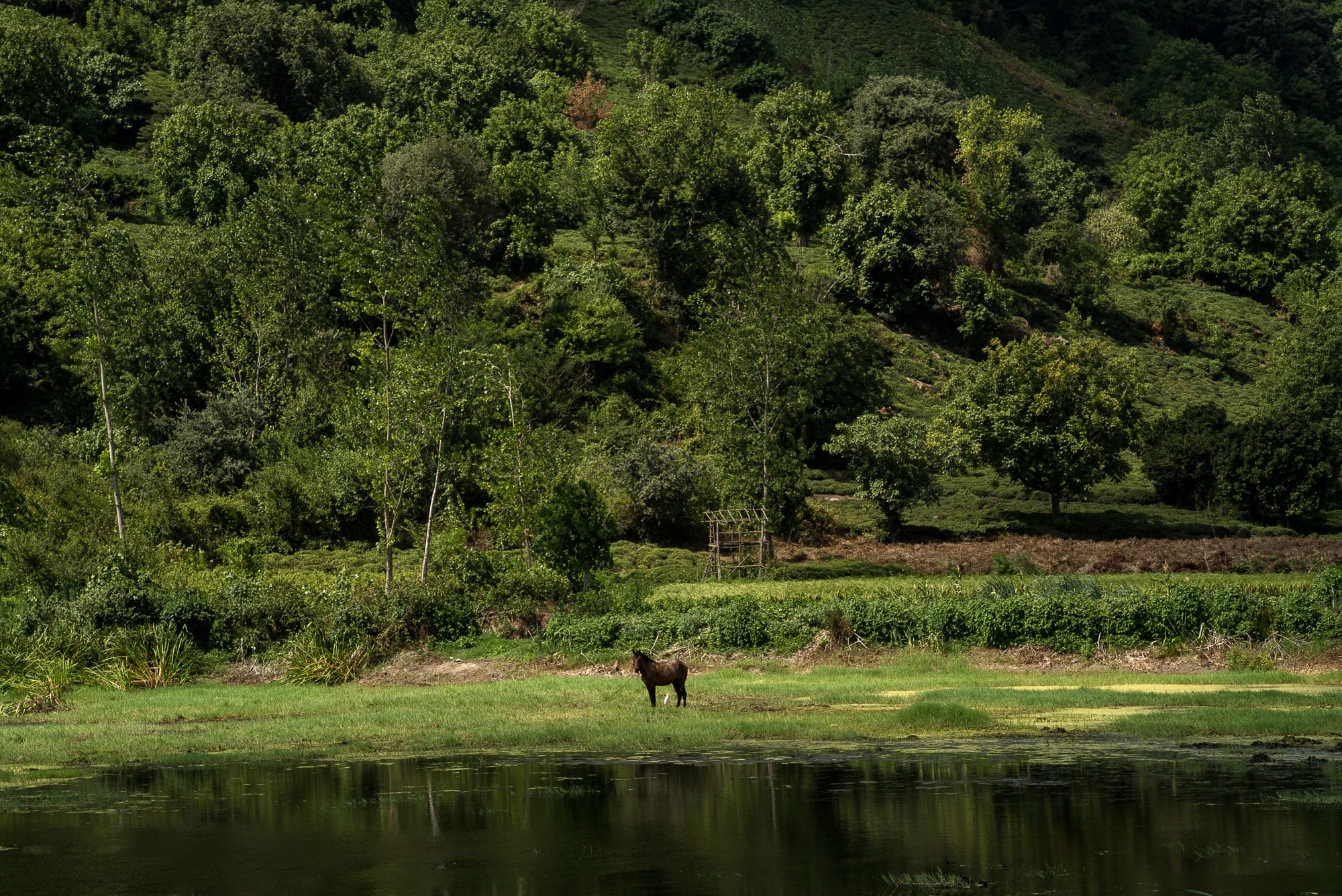 And I found all of it quite charming, but after a while the road led back to the screaming highway: 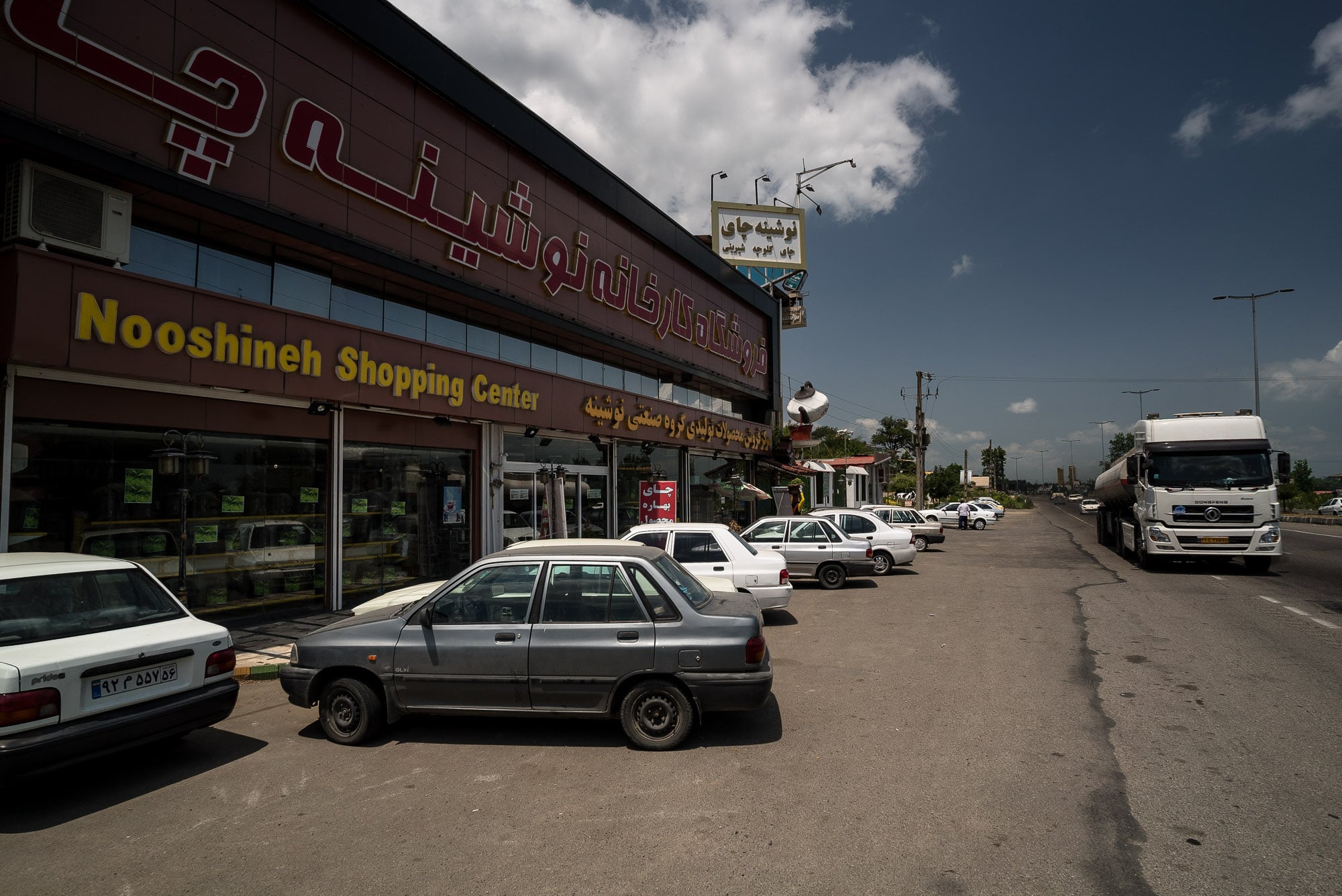 I was only able to leave it again after an hour or two, and when I did, I came to a place where people had placed green ribbons on trees: 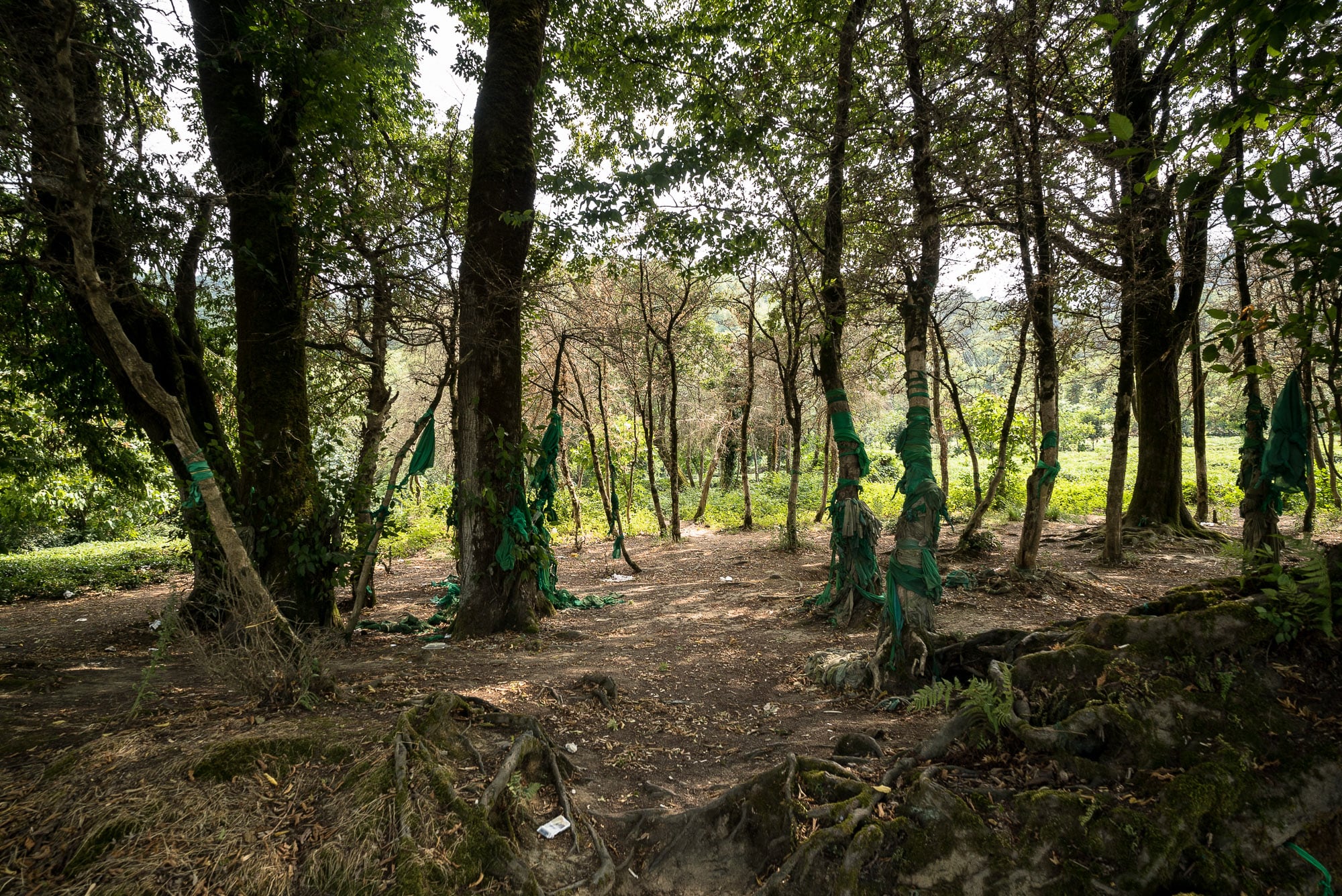 It reminded me of a similar phenomenon I had seen in Kazakhstan two years earlier.

The difference here was that all ribbons were green: 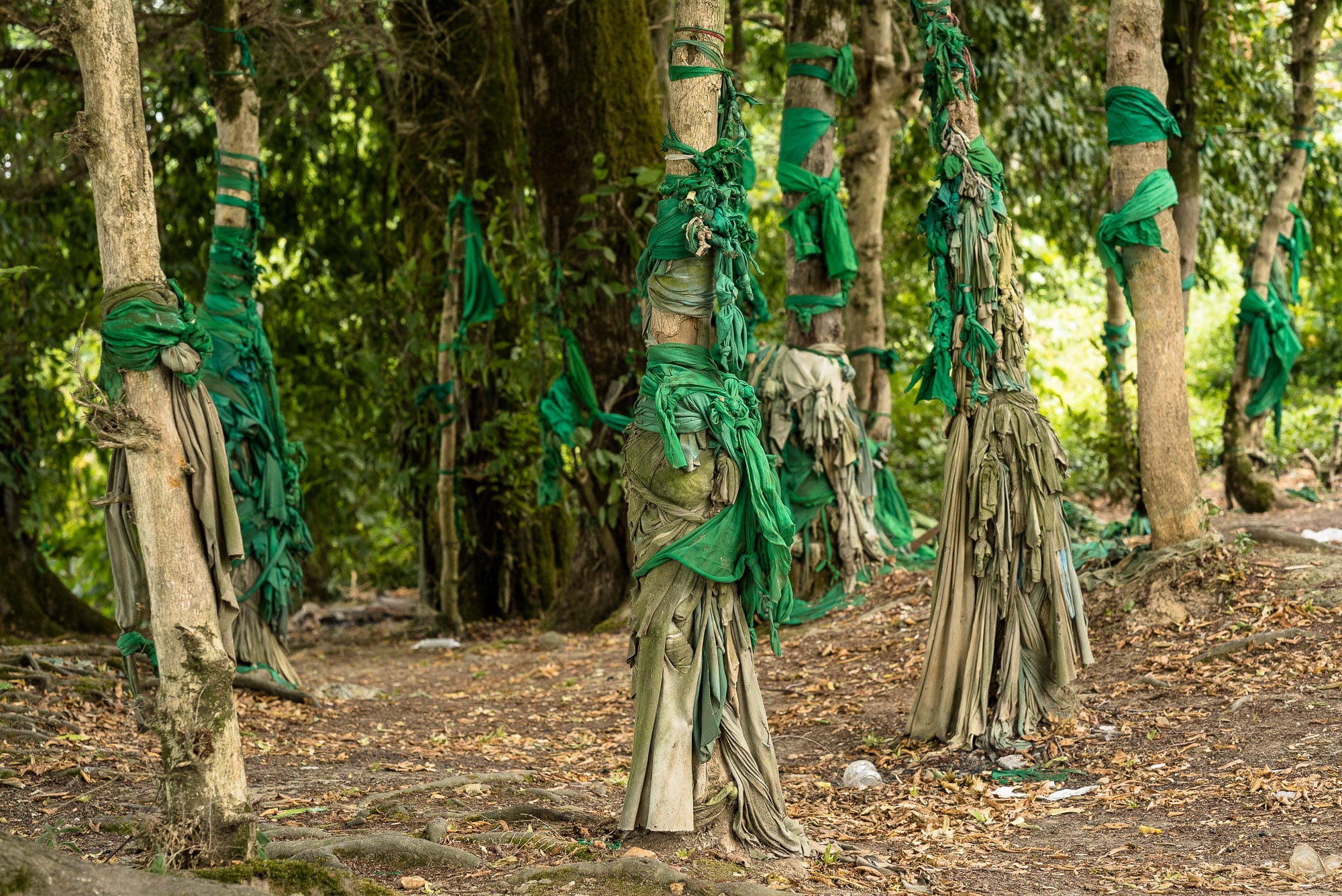 Then I saw a shrine up in the hills: 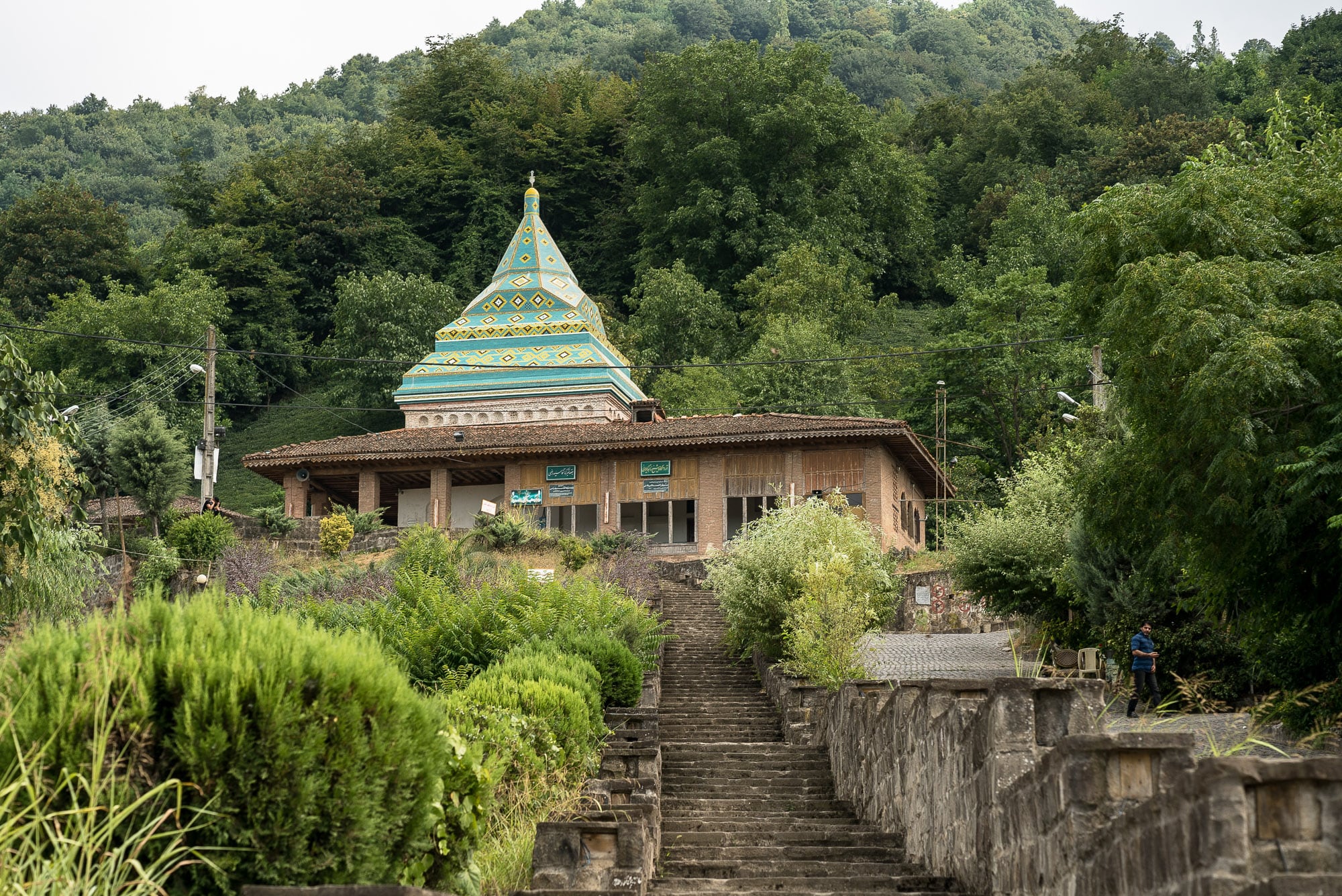 I stood motionless for a while, debating if I should attempt to pull the Caboose up there or not. And then I did: 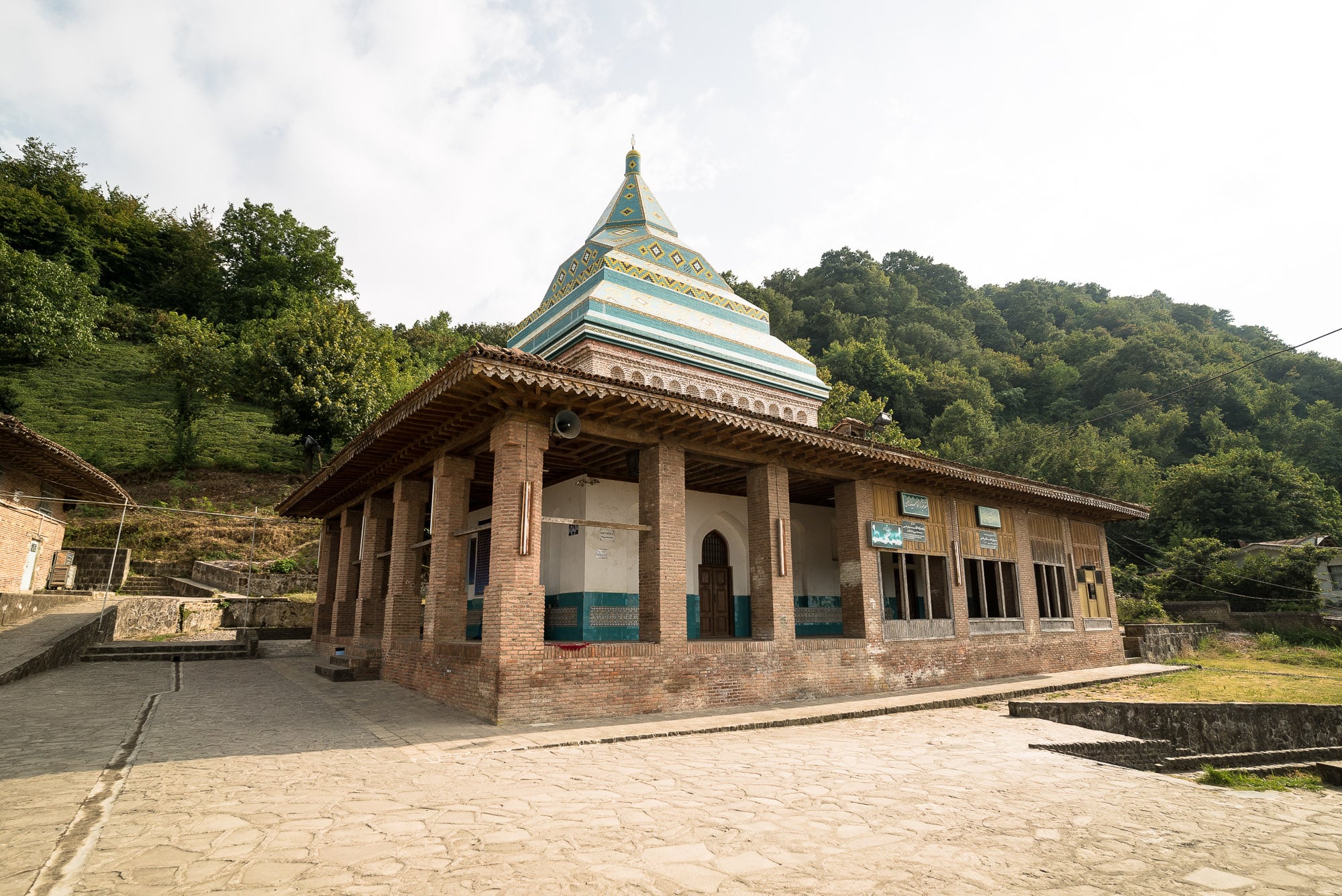 It was Sheikh Zahed Gilan’s Shrine, and it was a bit like all of the other shrines before it, but one thing was different: 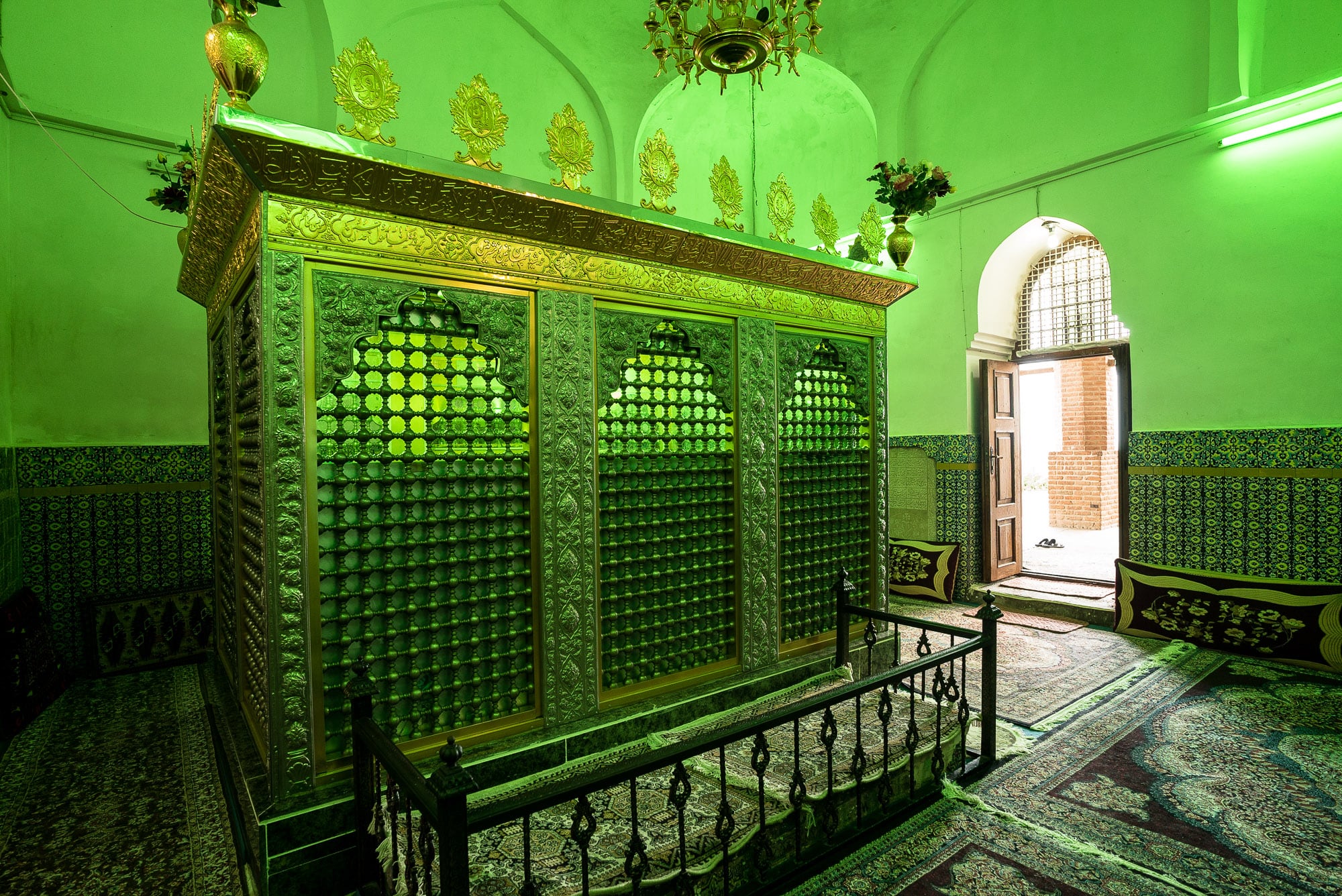 There was no divider to separate the female visitors from their male counterparts: 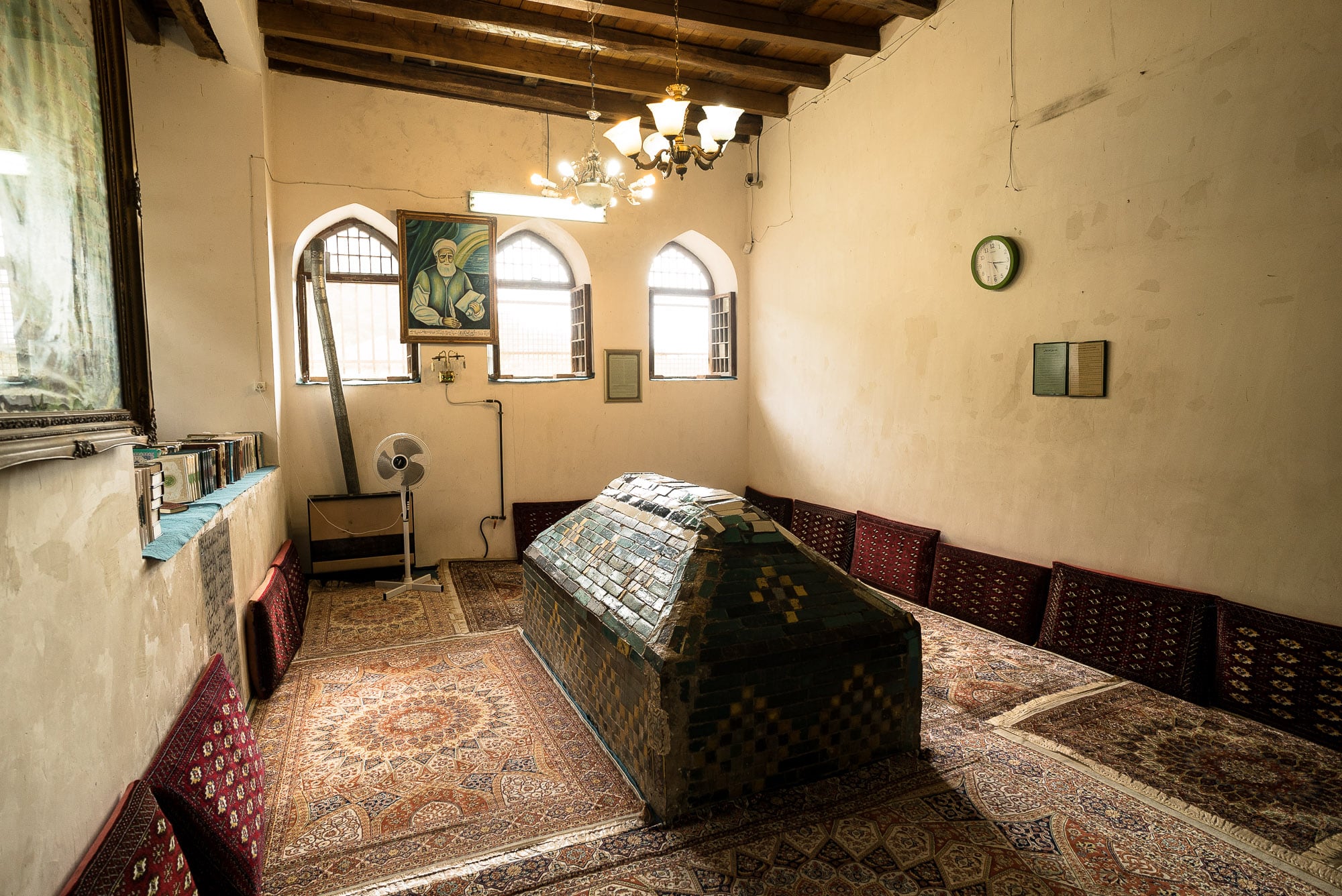 It was still early in the afternoon, and France and Croatia were just about to play the final game of the World Cup. I sat down on the roadside and had some tea with a group of gentlemen: 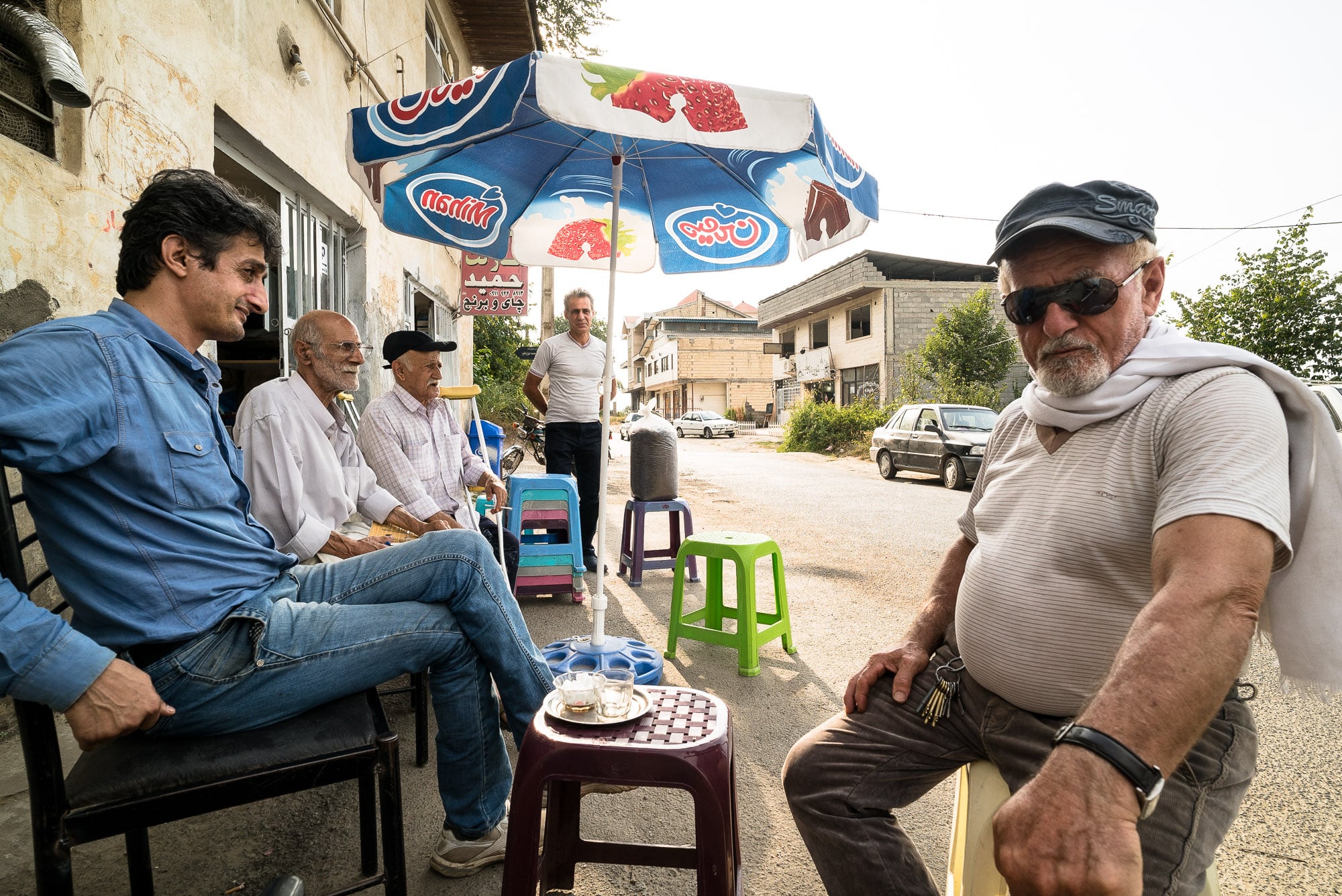 When I arrived in the city of Lahijan, France had won: 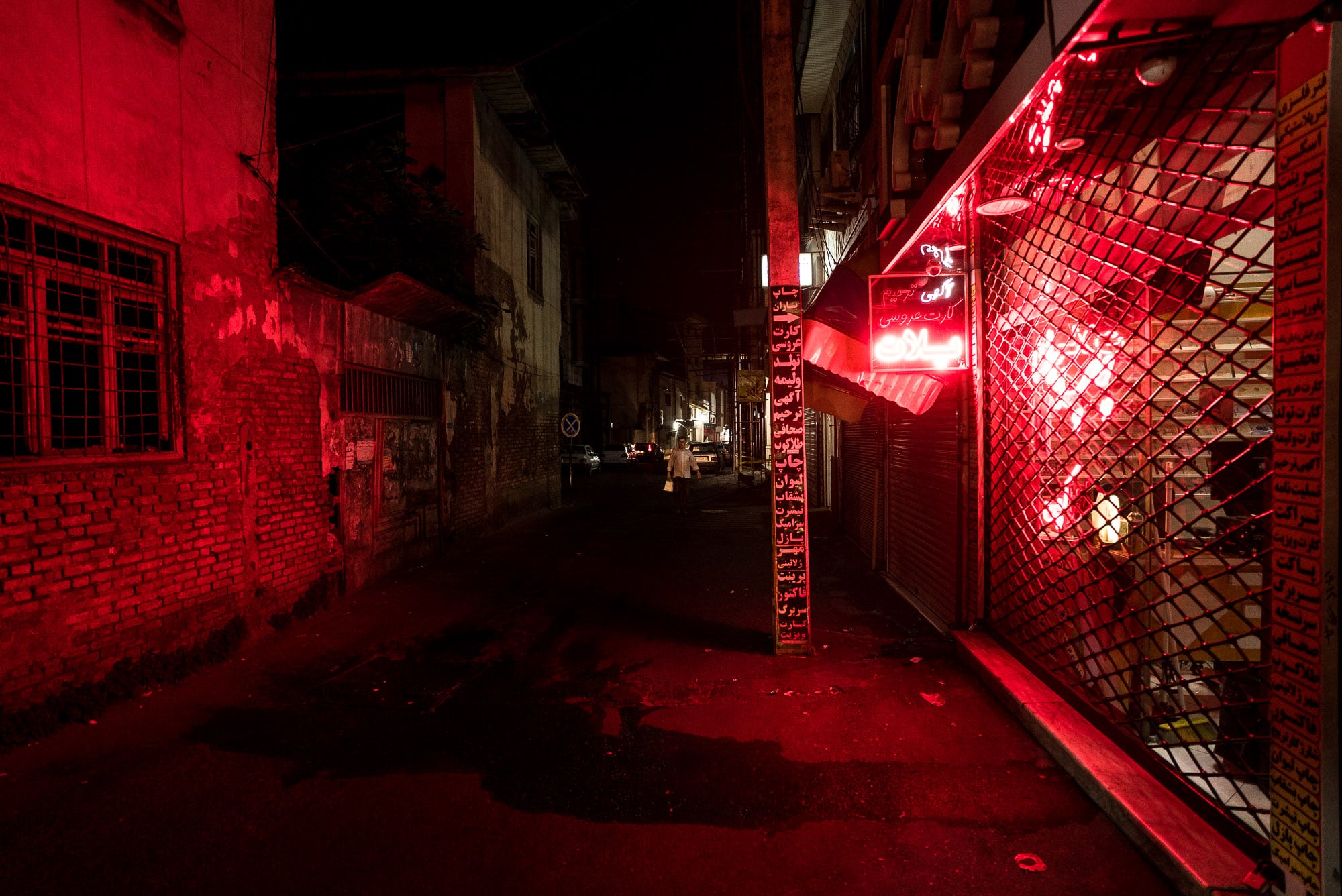 And I had had a lot of tea.

Day 1172
from Kumeleh to Lahijan