I was happy when I looked outside and saw clouds. Maybe walking would be more tolerable this way?

Well, it was. Kind of. While the clouds did provide some cover from the sun, the overall humidity meant that everything was still hot and sticky anyway.

I walked in short intervals and rested a lot: 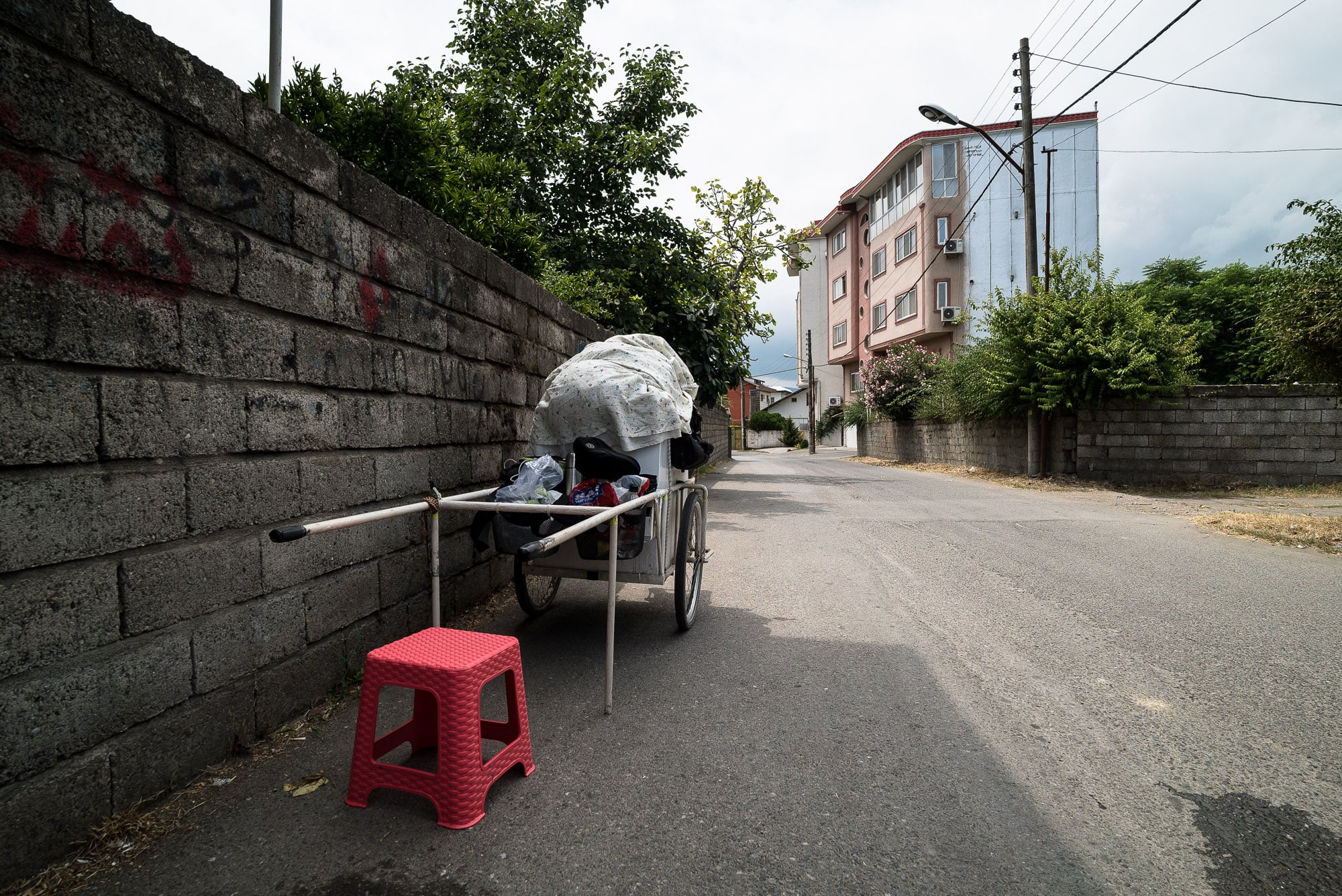 Sometimes, when I had taken a picture, I marvelled at how cool it looked, and I mean “cool” in a “not warm” sense: 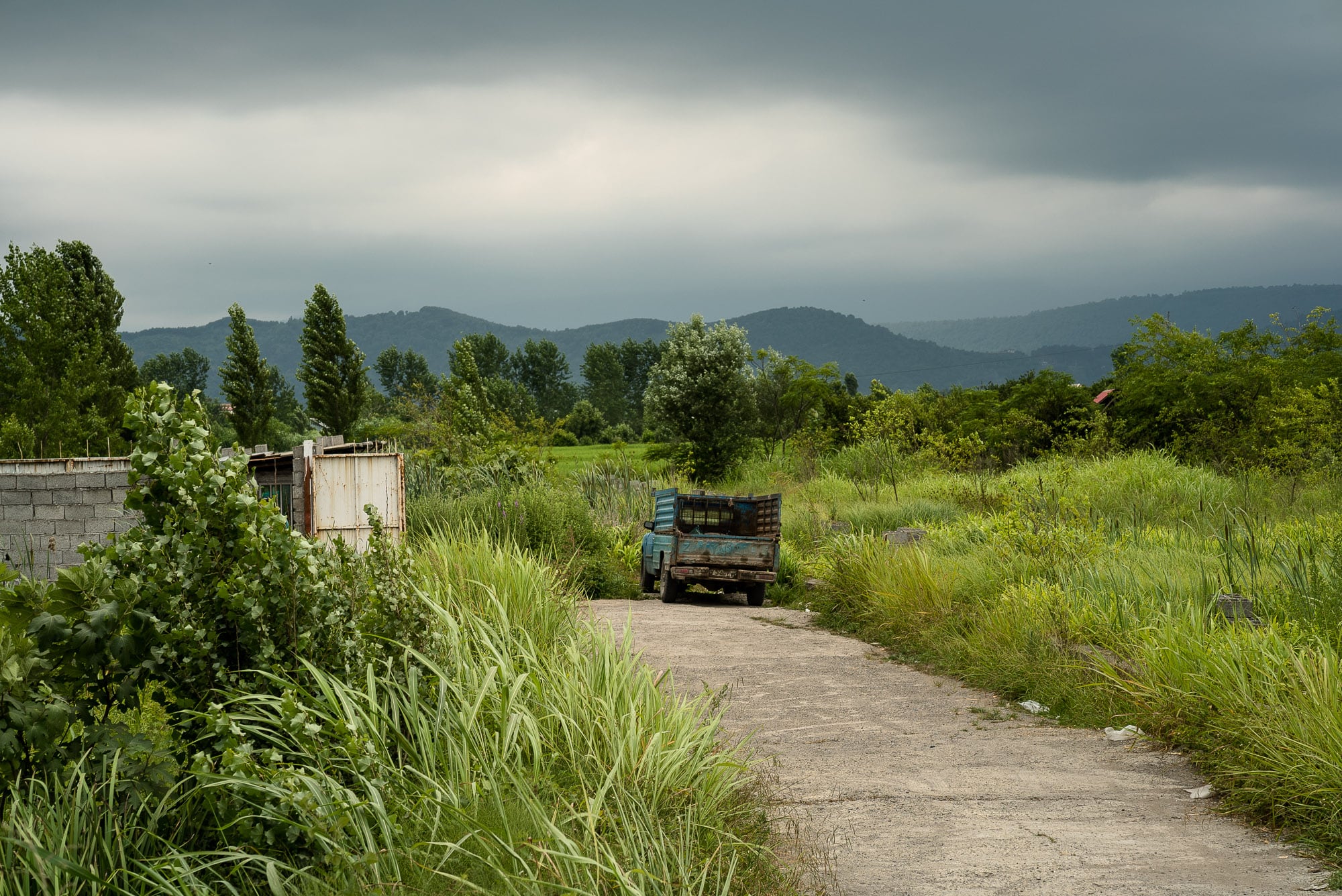 Ran into a truck driver who had lost some cargo on the road: 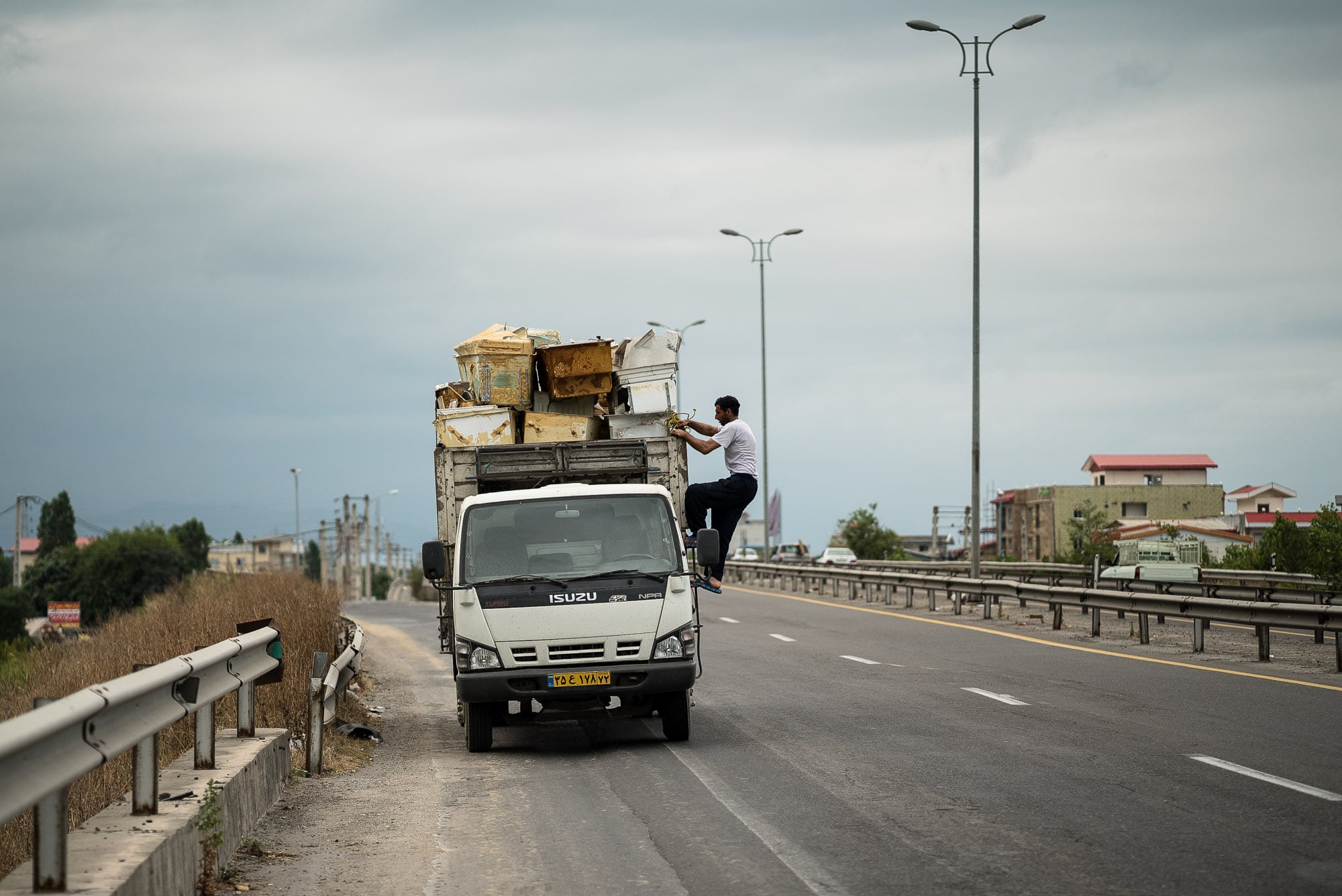 He seemed pretty annoyed with the overall situation, but when he had it all fixed up again, he came and gave me the faintest of smiles for my photo: 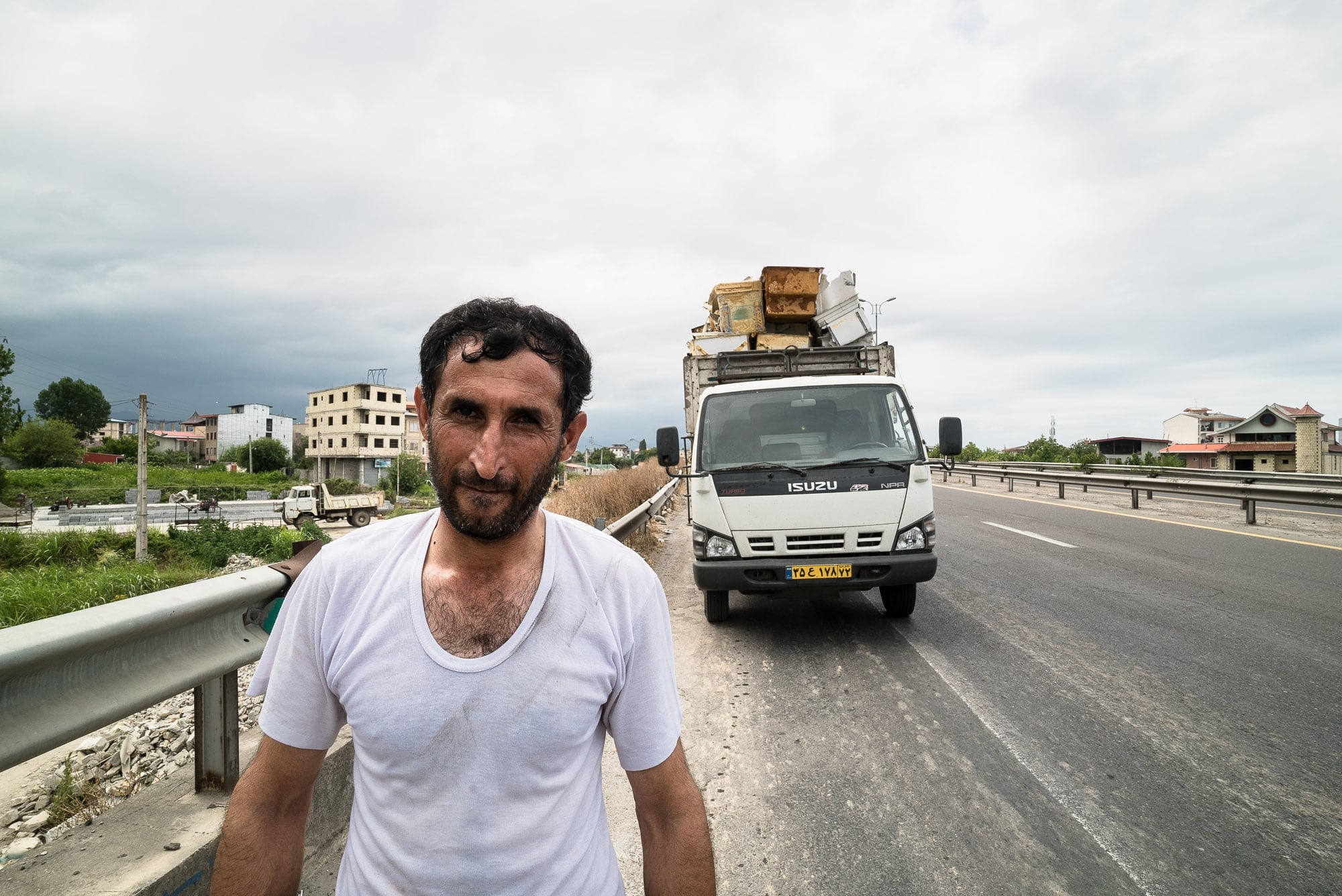 I was still carrying a bunch of canned beans and vegetables that I had bought in Uzbekistan one year earlier, prior to embarking on the Turkmen leg of the trip. Today I ate one of them, and I drank a bottle of cold Fanta with it: 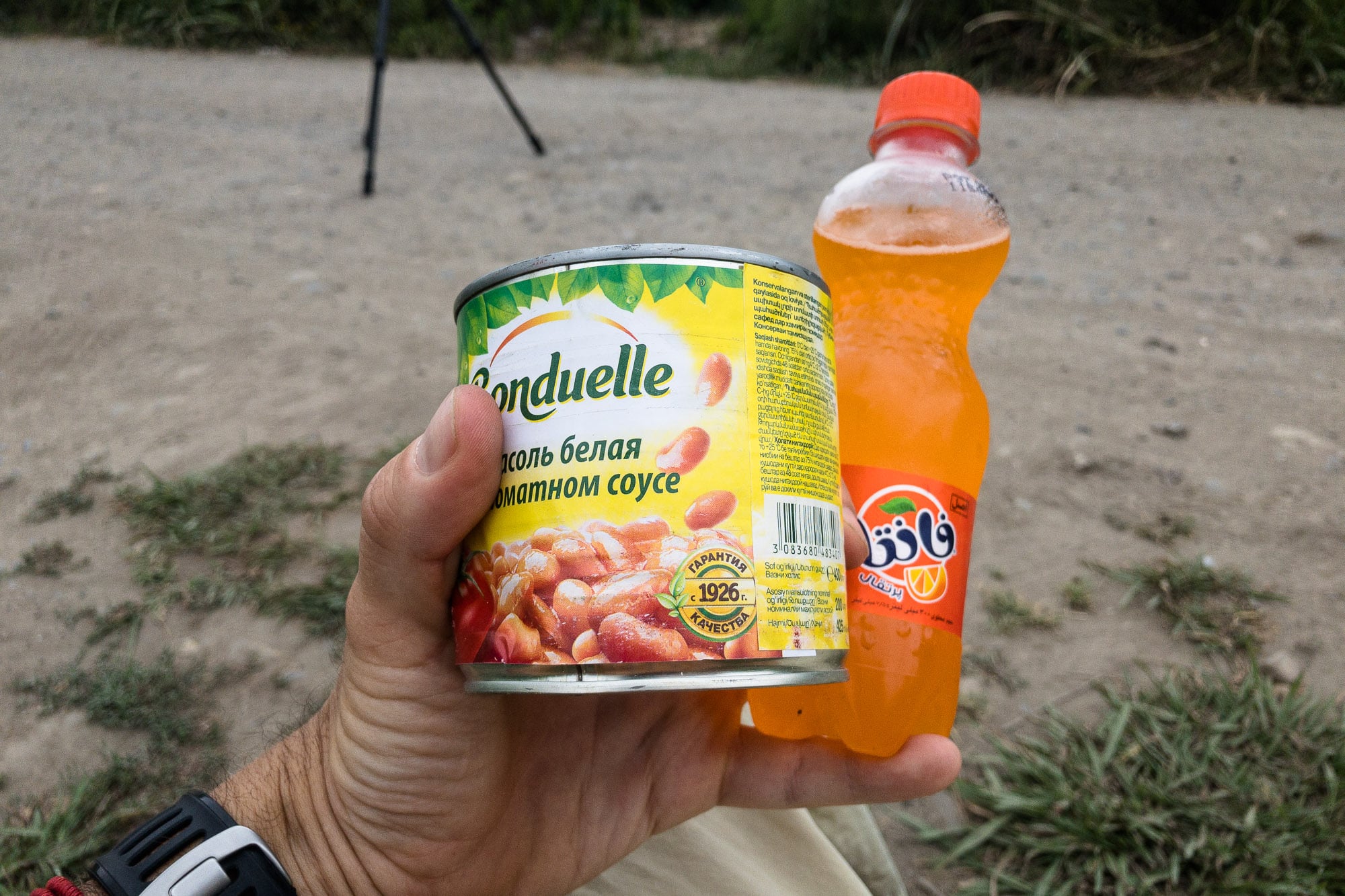 I tried leaving the highway once, but the secondary road that I found was flooded in one part, so I had to come back: 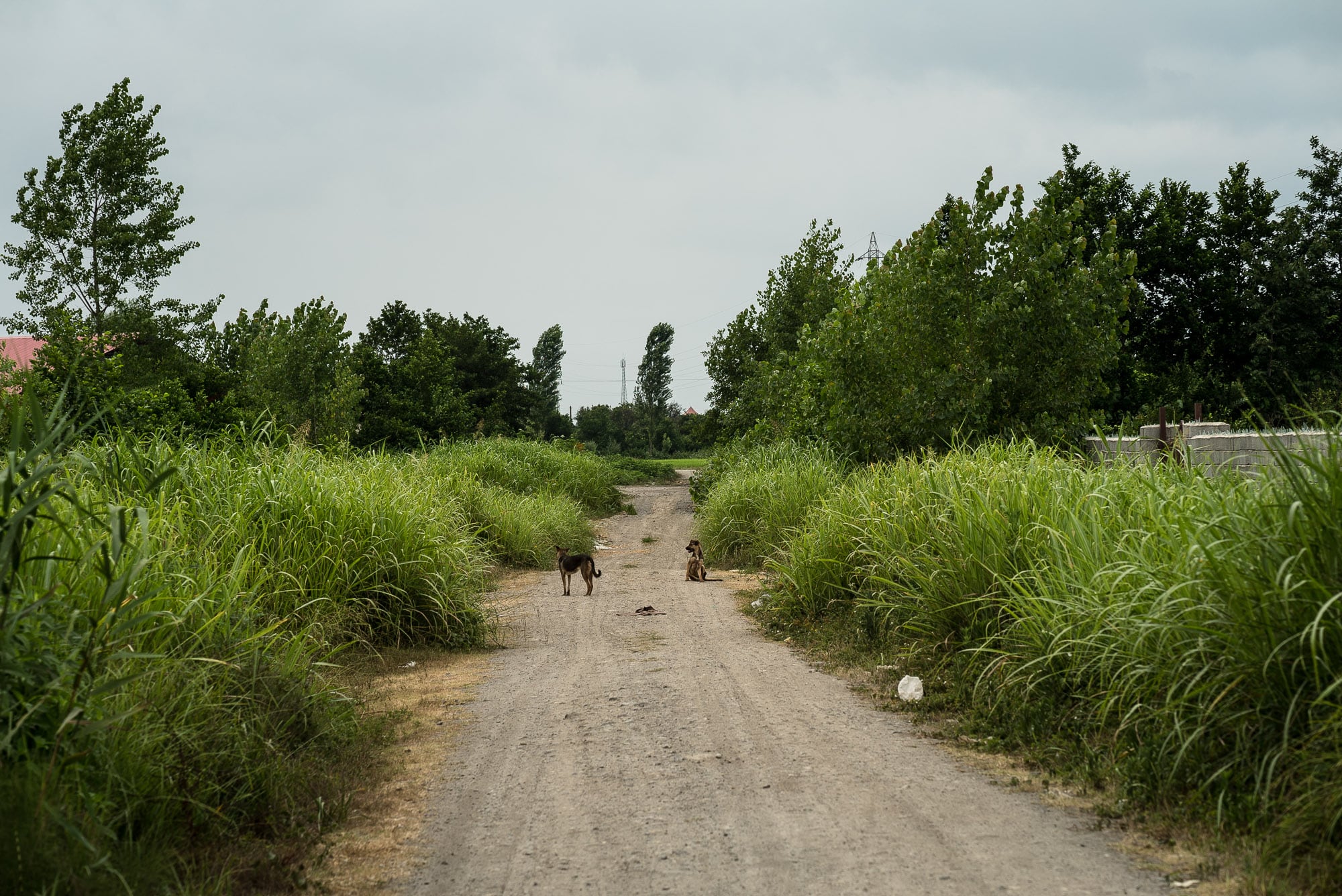 So I was back to the highway, where garlic was sold in roadside stands: 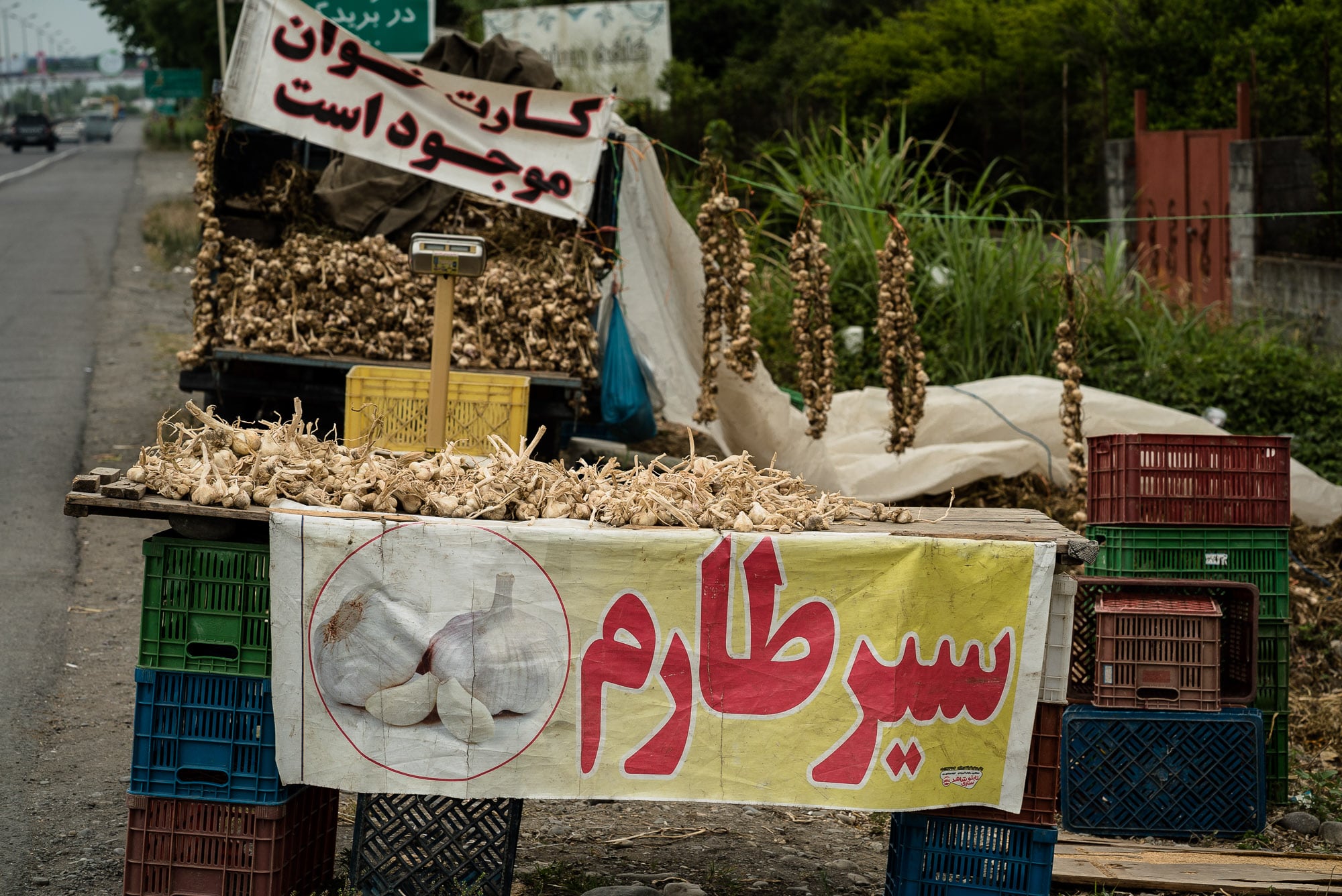 Where gigantic supermarkets were growing out of the earth: 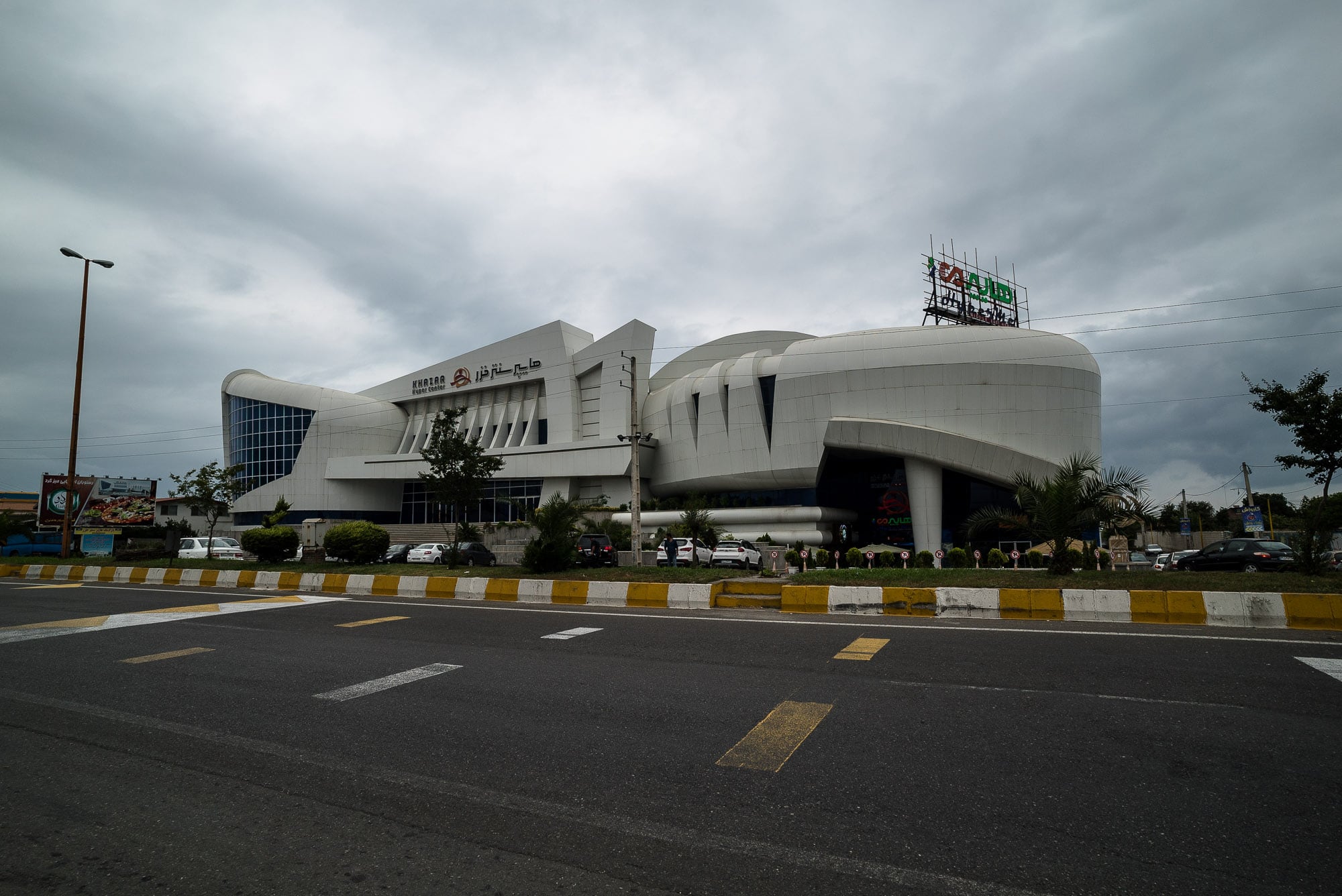 And where I could use bridges to cross the waters that came my way: 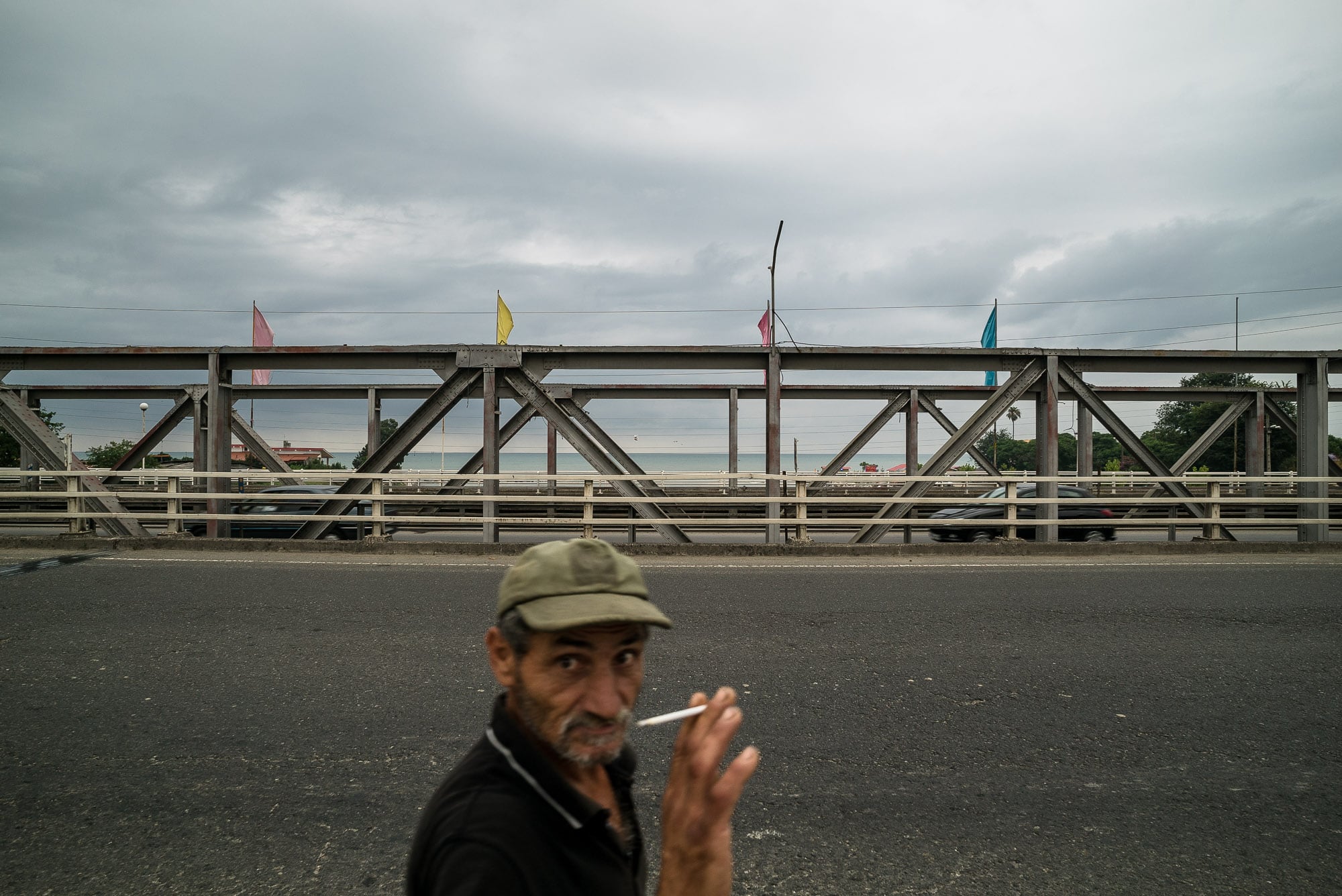 I ran into Sina, who was apparently a quite popular painter: 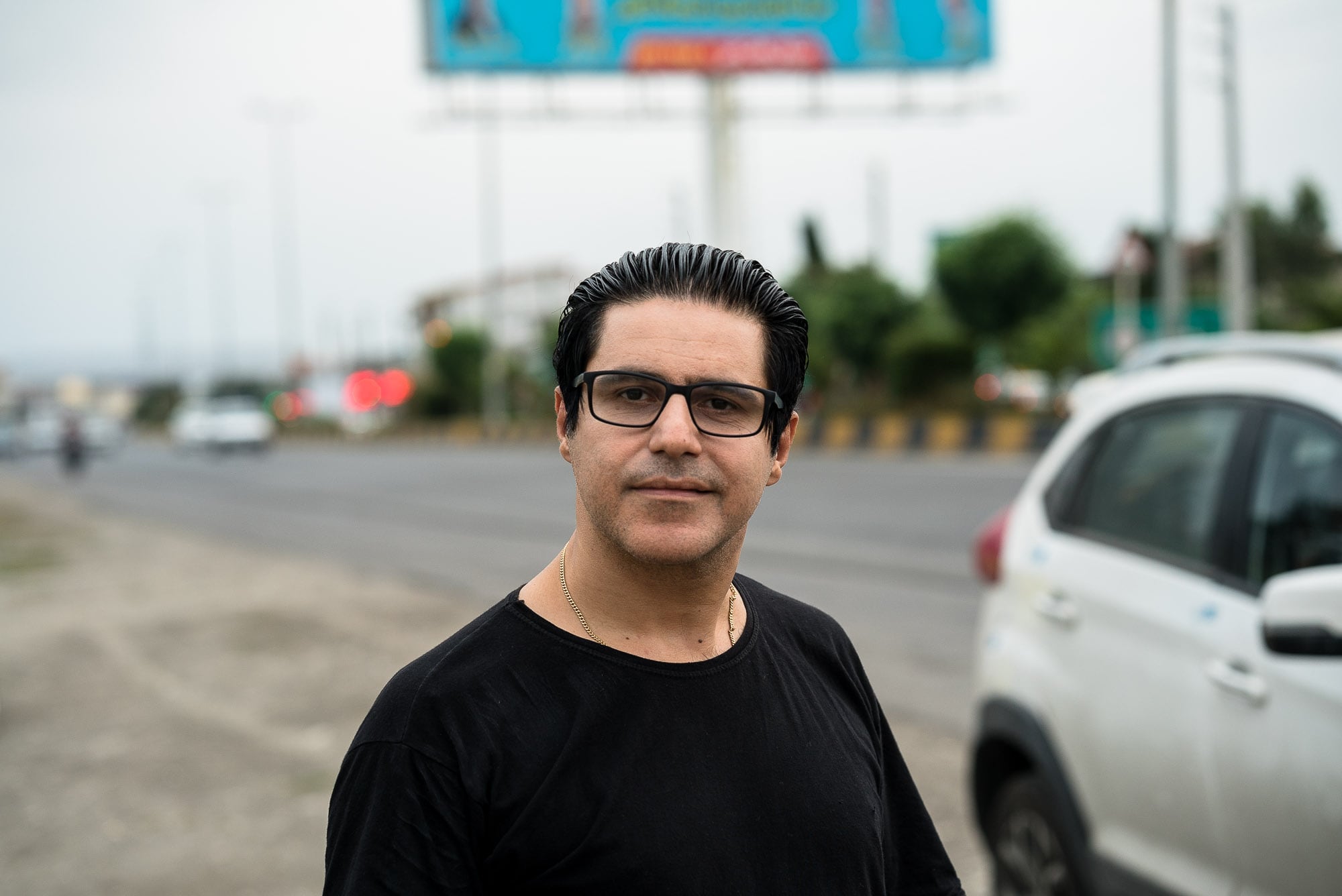 And then I reached a little motel. The staff there told me they only had one room left, and that it wasn’t a very good room. It was a completely normal room, and just fifty steps from it, the Caspian Sea came crashing onto a small beach: 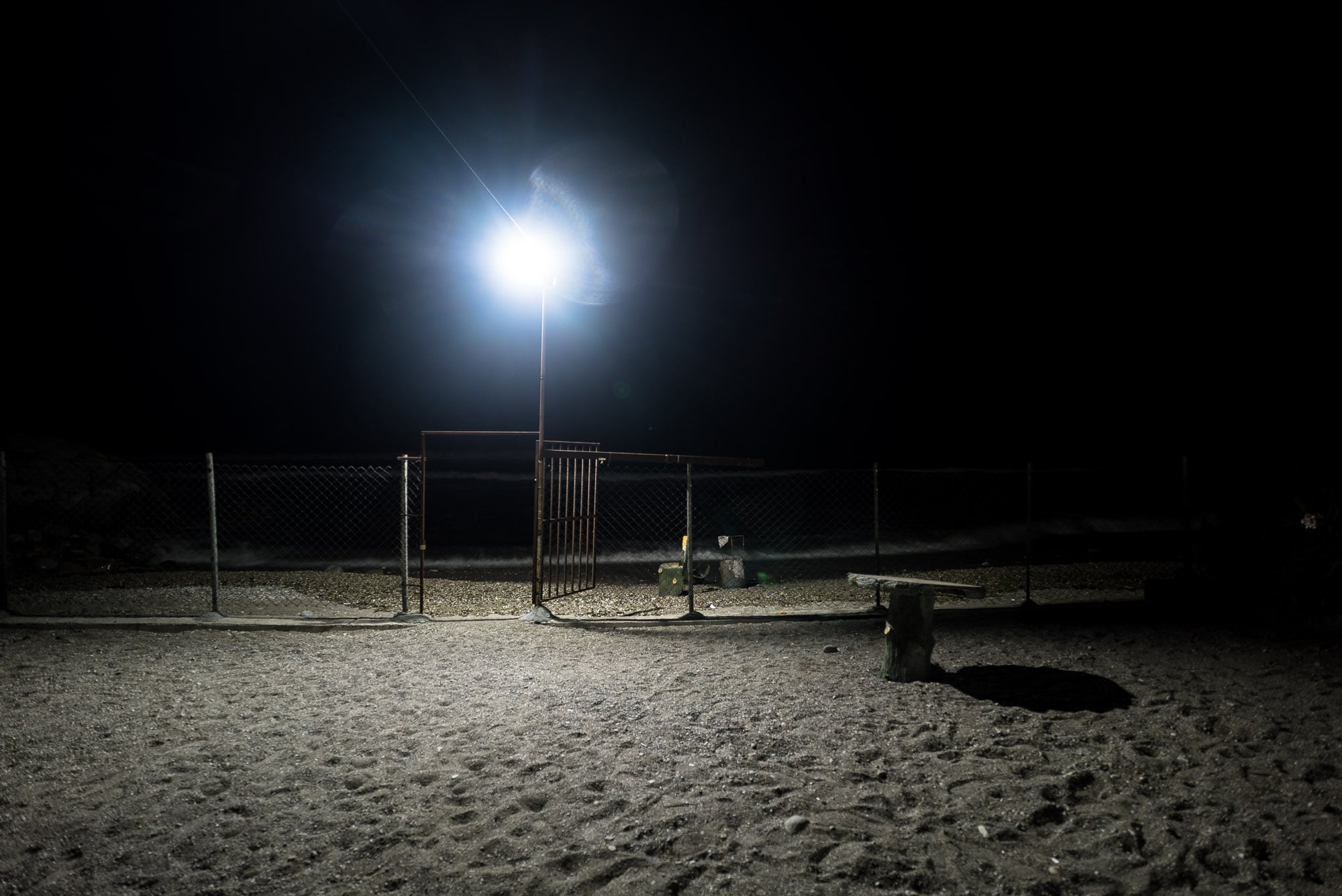 I went out looking for food, but the only thing I could find was kebab, and I really didn’t want any kebab, so eventually I ended up getting pizza from this dude: 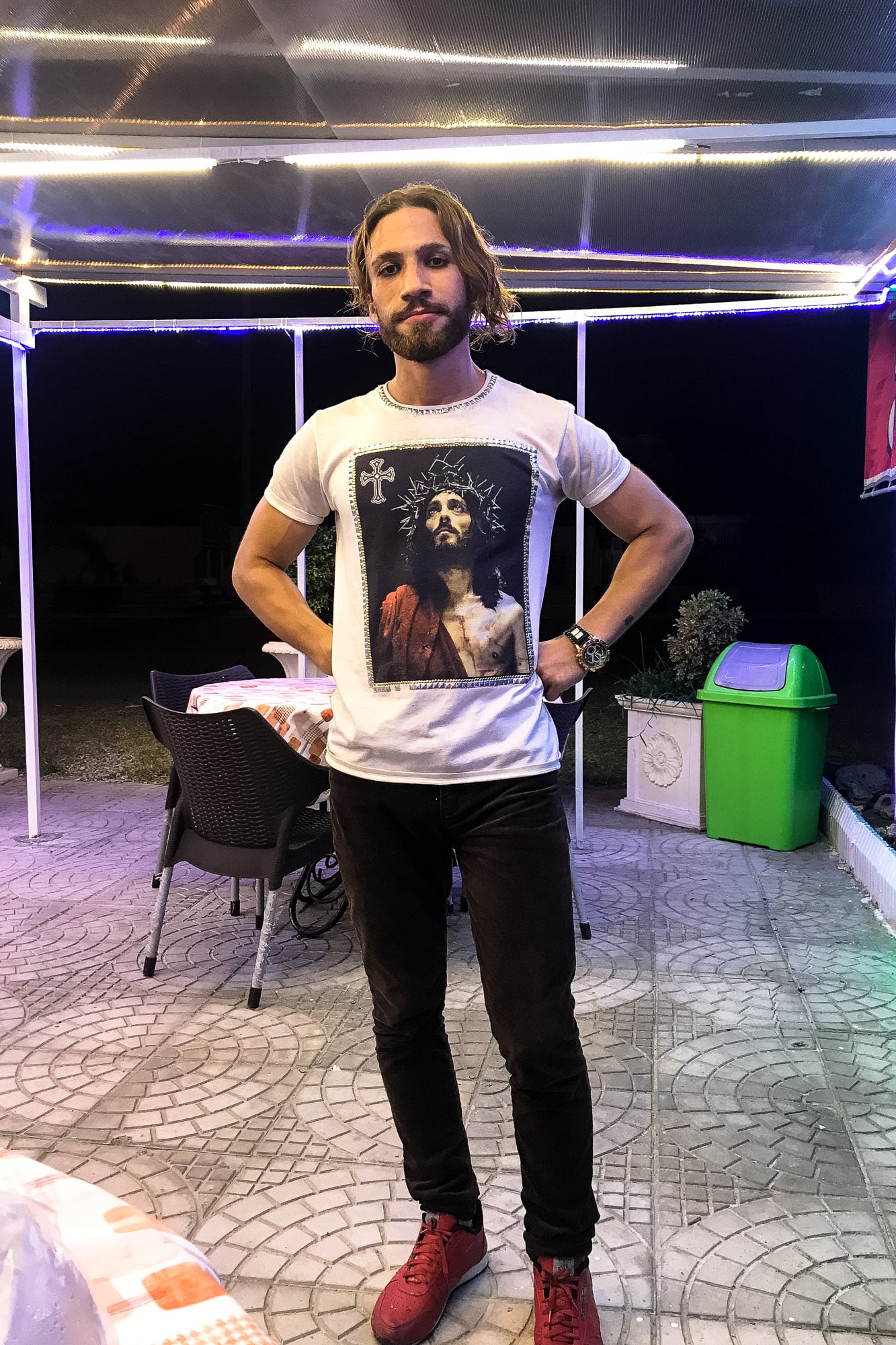 Day 1164
from Vali Abad to Chalakrud