Woke up and looked at the Caspian Sea: 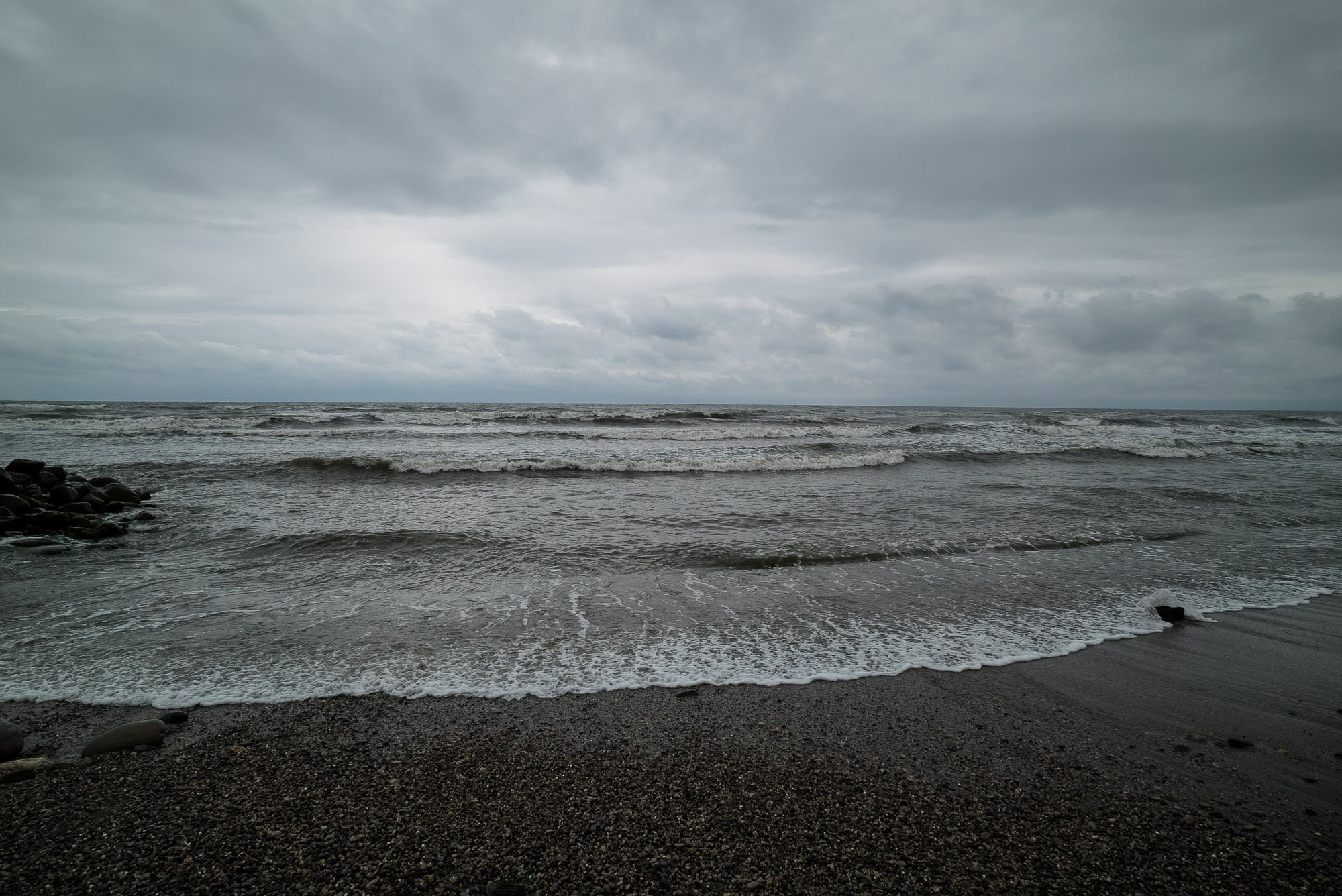 There were signs like this all along these parts of the shore: 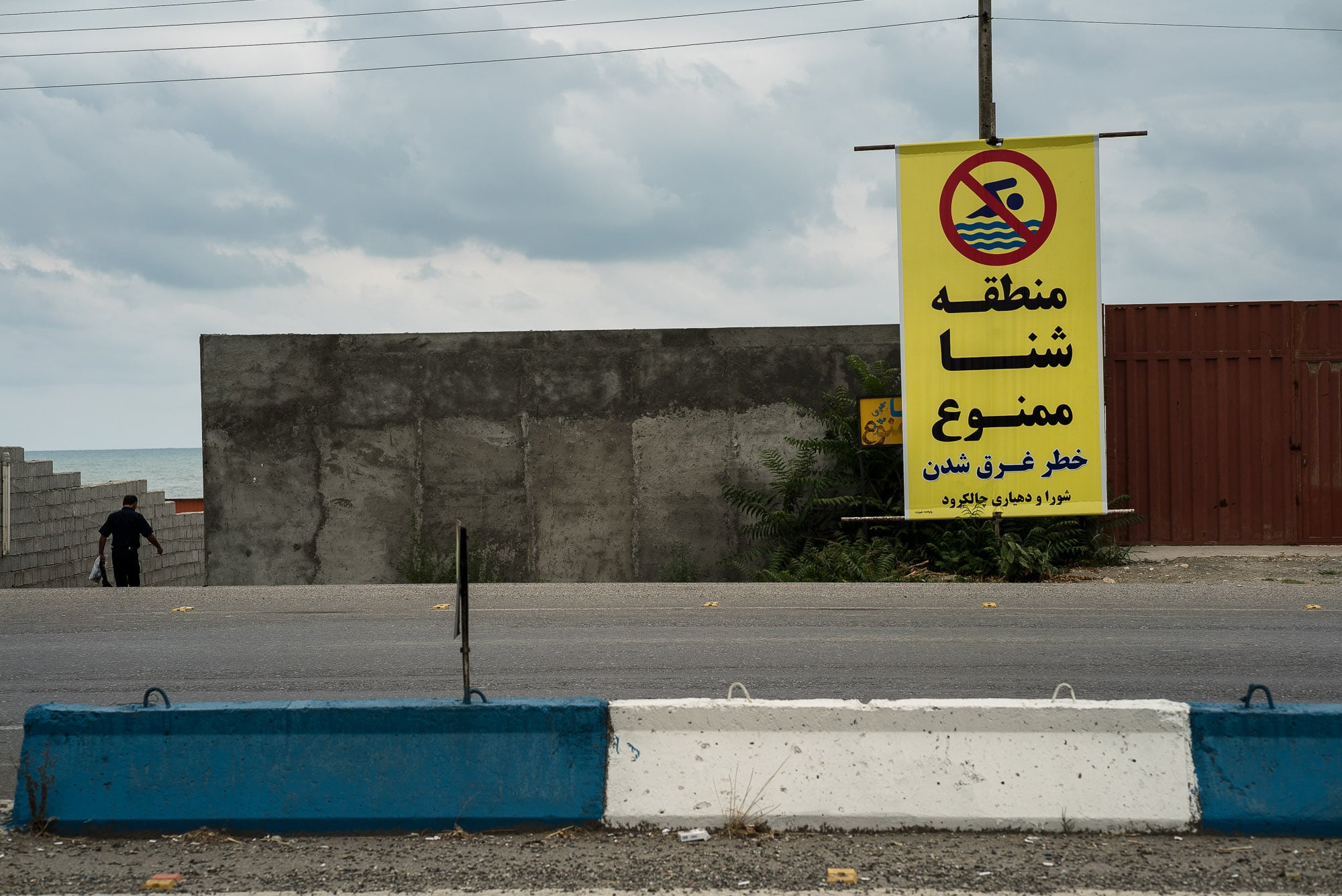 I wondered if this was because the water was polluted or because the currents were stronger here.

It didn’t matter. I had come to walk, not to swim. These two gentlemen stopped their car and gave me ice-cream and two packs à two cookies: 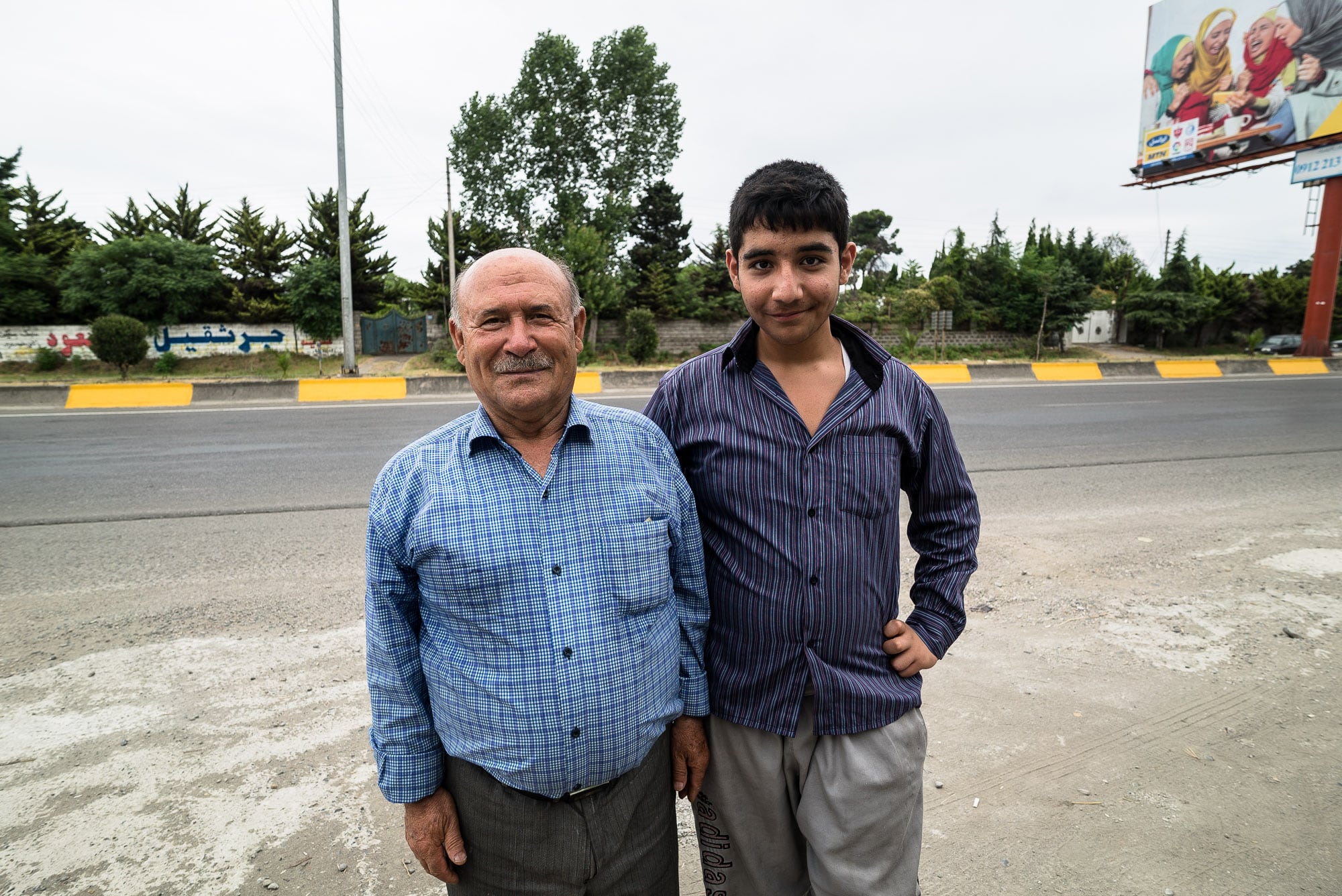 Then, just a few minutes later, they came back with a box that contained sixty packs of cookies: 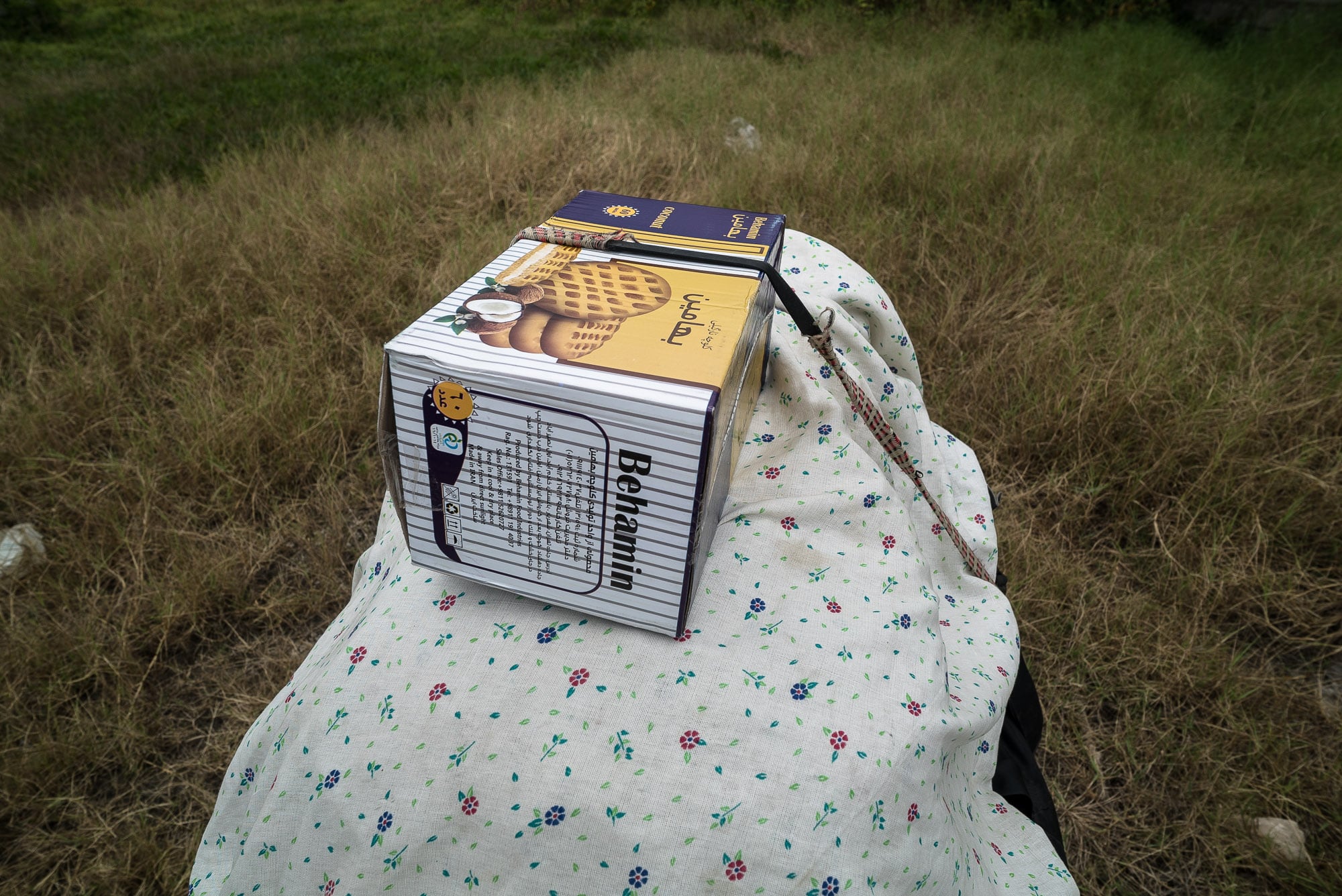 I was still trying to thank them when they resolutely smiled, waved, and drove off.

So now I had 120 cookies, and I was determined to take them to Ramsar, my destination for the day: 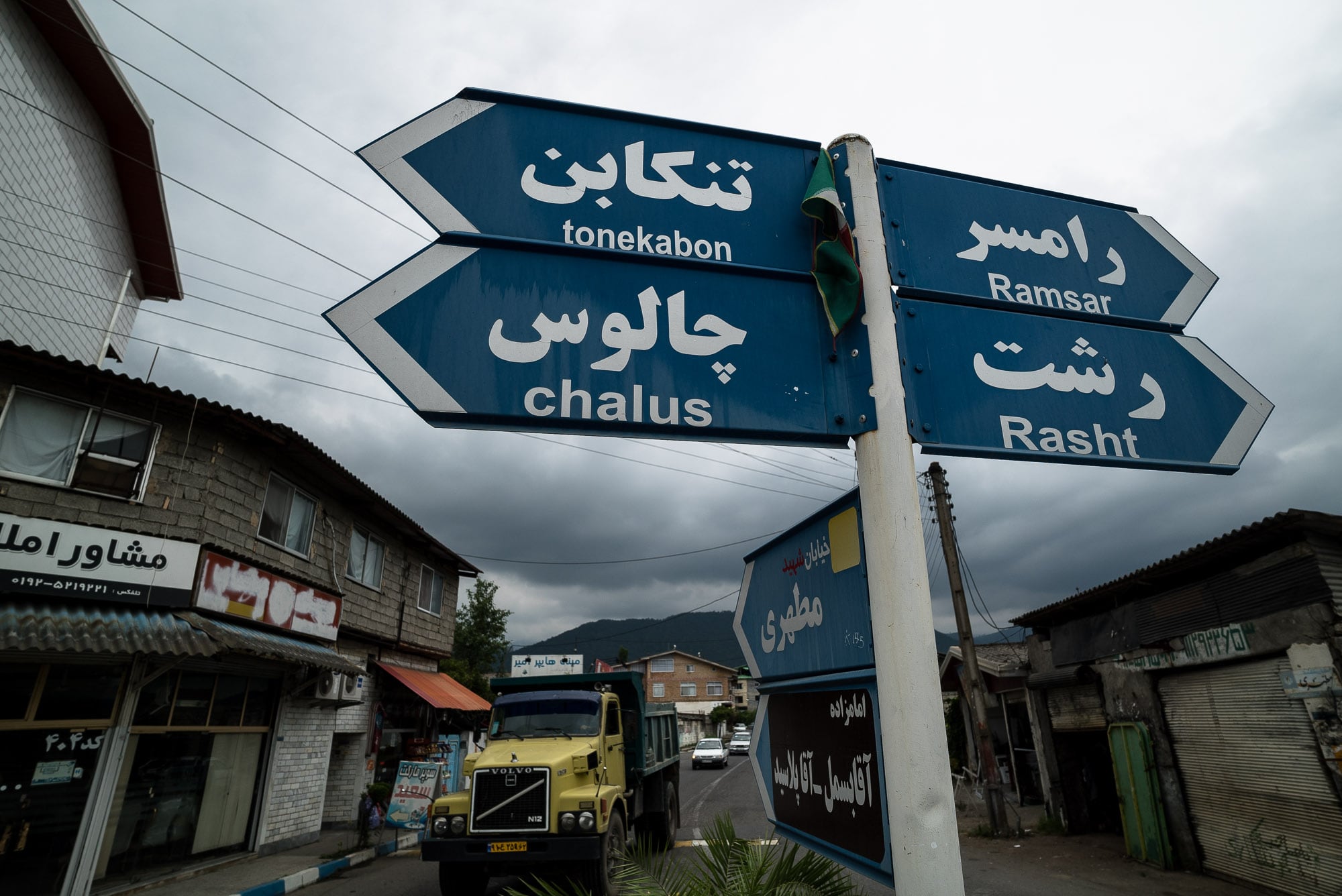 I left the highway when I was near the city: 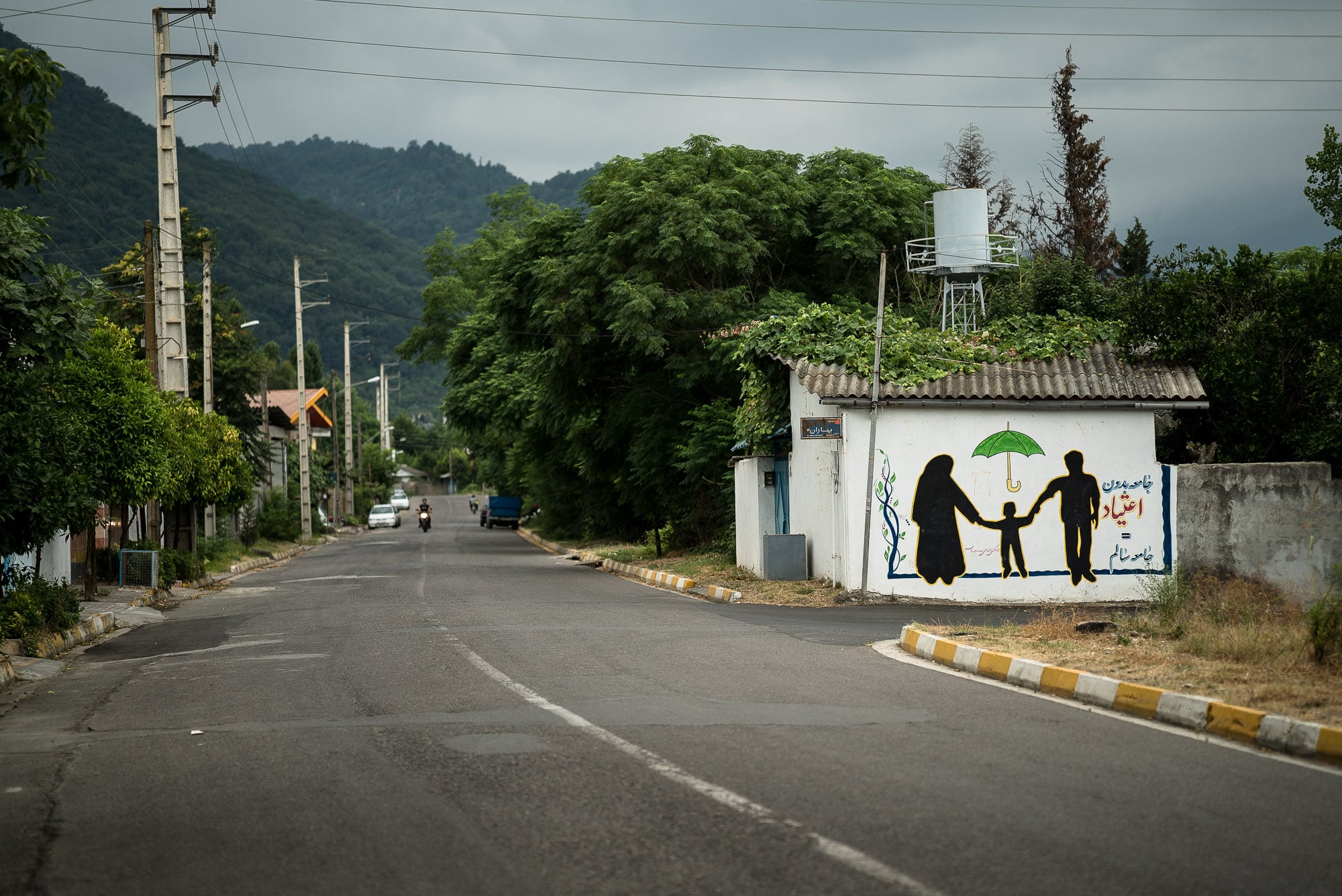 Noticed a propaganda mural that featured a woman with a computer, a sheet of paper, a pen, a pair of scissors, a ruler, and measuring tape. The woman was apparently about to make a choice between two male sex signs, and while she was doing that, little stars were whirring around her: 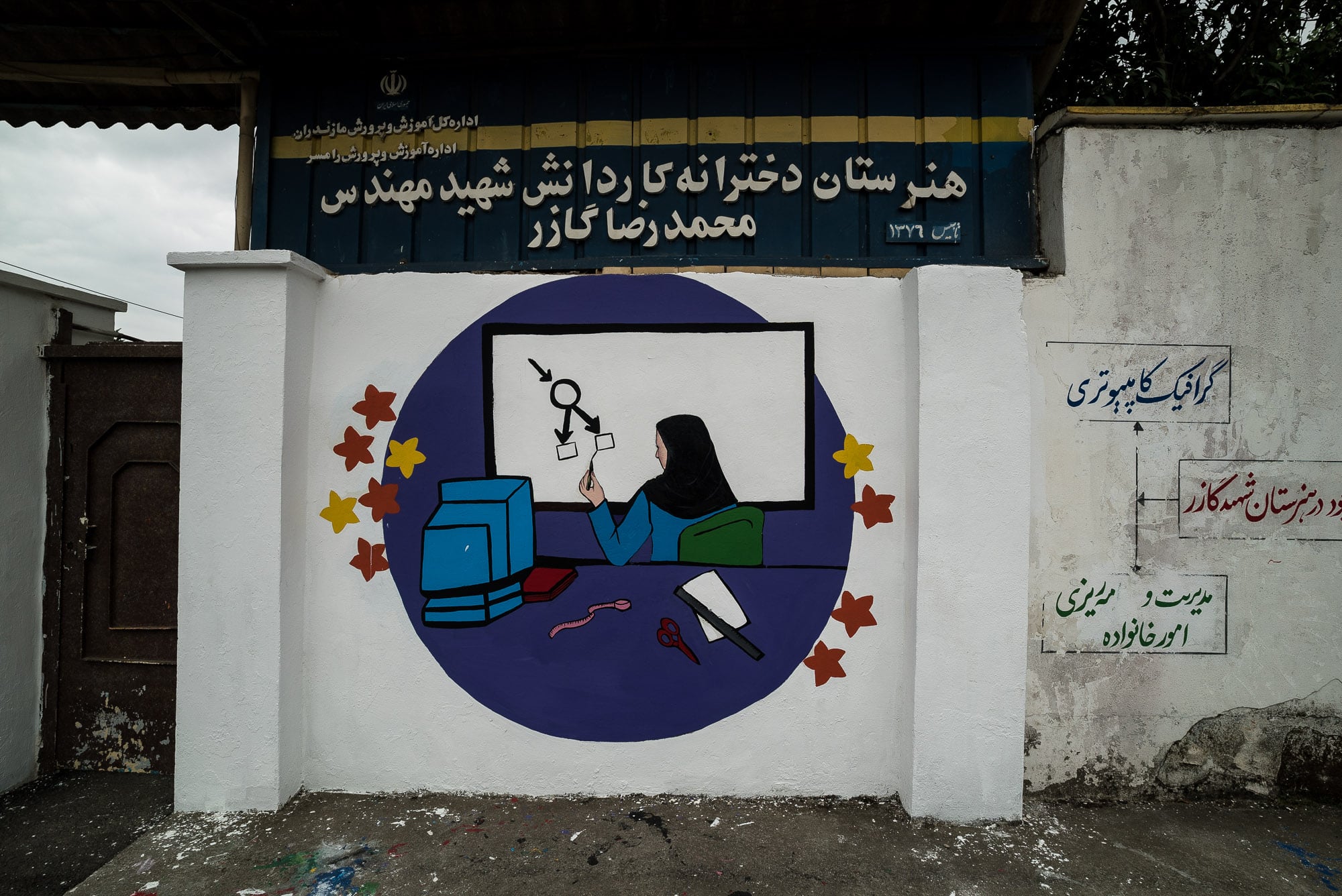 Make of that what you will.

Then I arrived in Ramsar, and when I did, I walked down a promenade lined by palm trees, and at the end of the promenade I saw a building that could only be one thing: 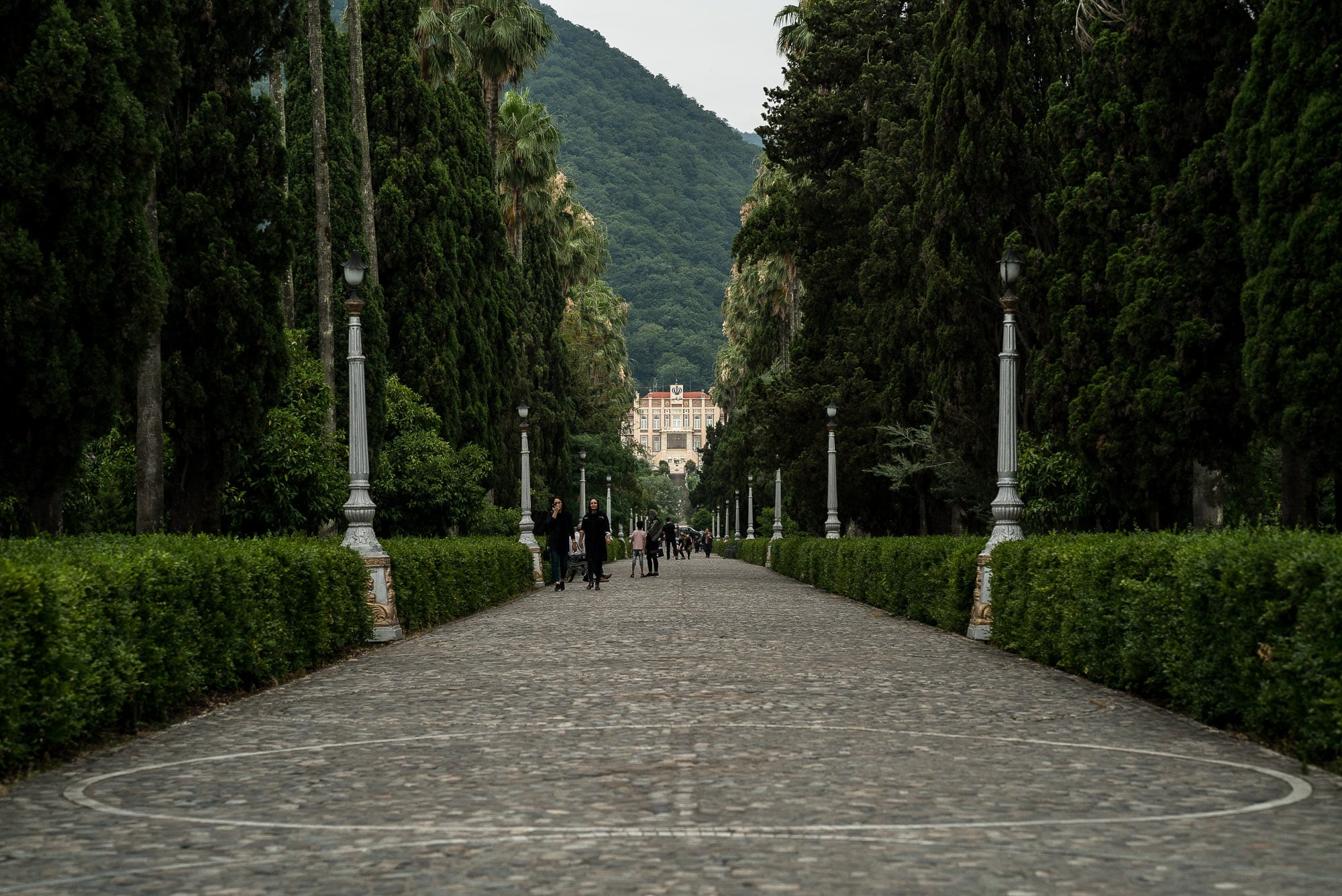 Day 1165
from Chalakrud to Ramsar