At about ten in the morning I stepped out of the door and into the North. In Iran, the Caspian Sea Coast was called “the North”, and people in Tehran had warned me about it. It wasn’t just hot there in the North, they had said, it was also humid as hell.

But I, having walked through the North before, didn’t believe them. It had been okay just two weeks earlier, how bad could it be now?

Needless to say they were right.

People had started covering their cars because of the heat: 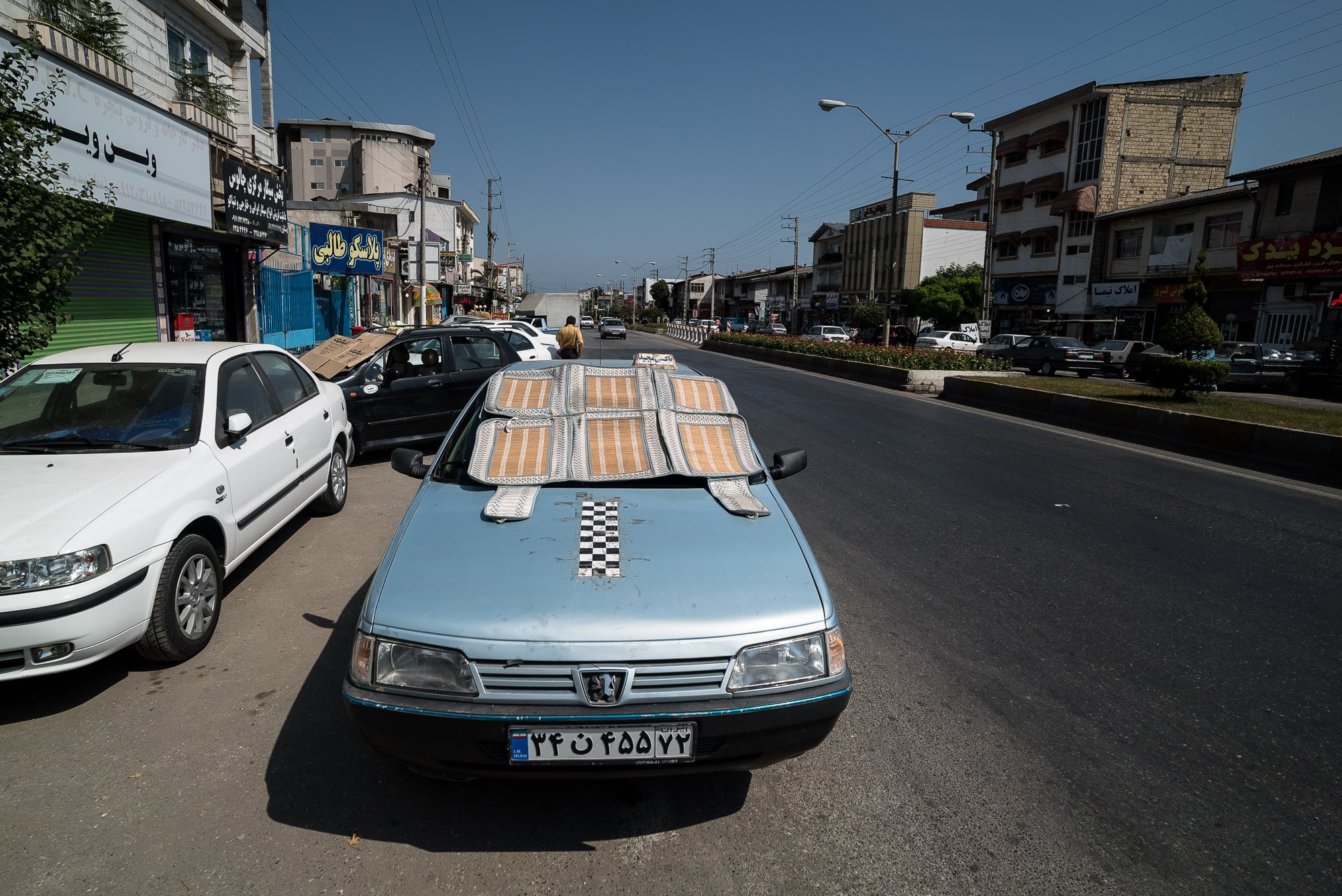 My whole body was drenched in sweat just minutes after I had left the house. And then it was just the sun, the highway, and me.

And this dude with an NRA cap: 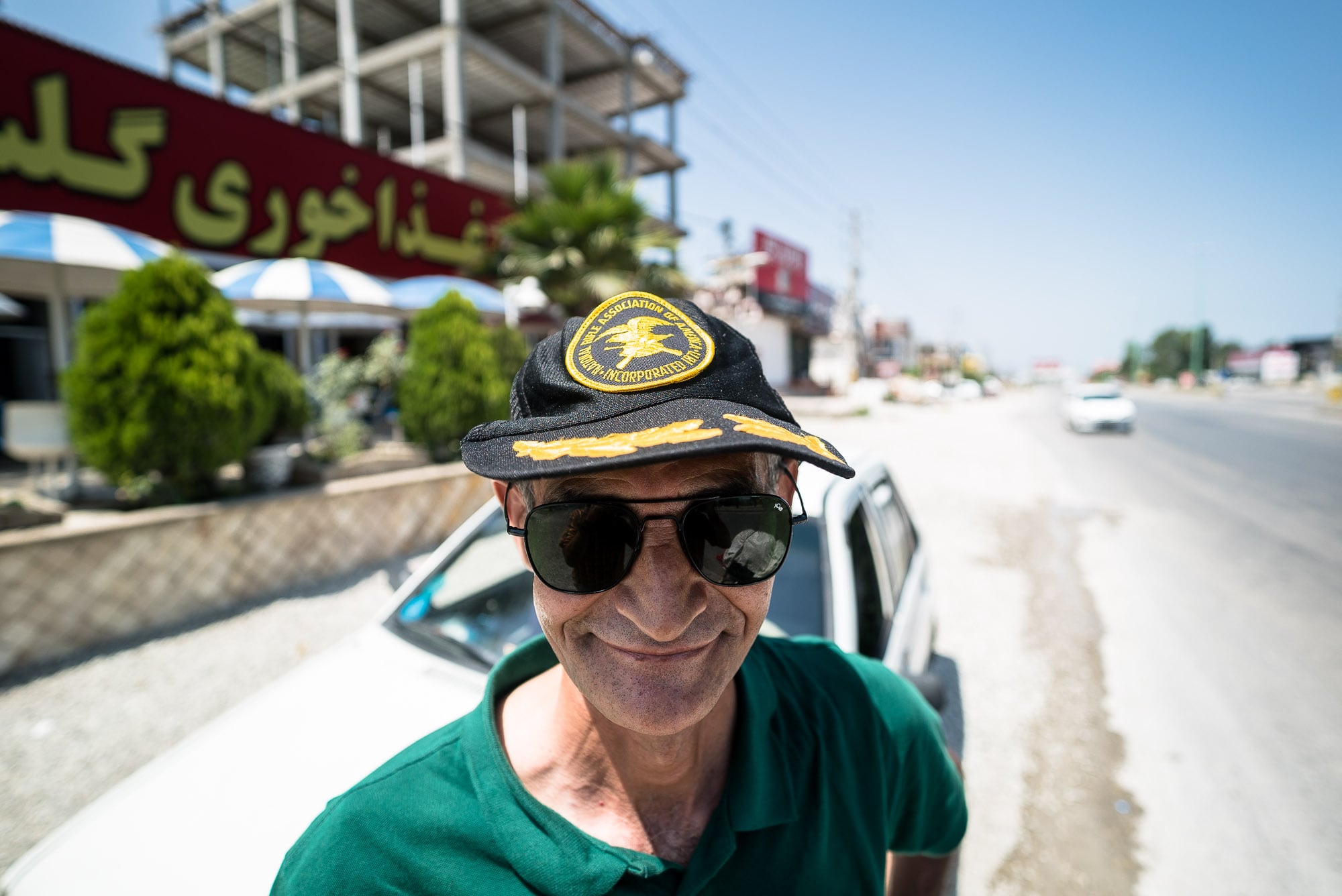 Sometimes there would be villas next to the road, just on the seashore: 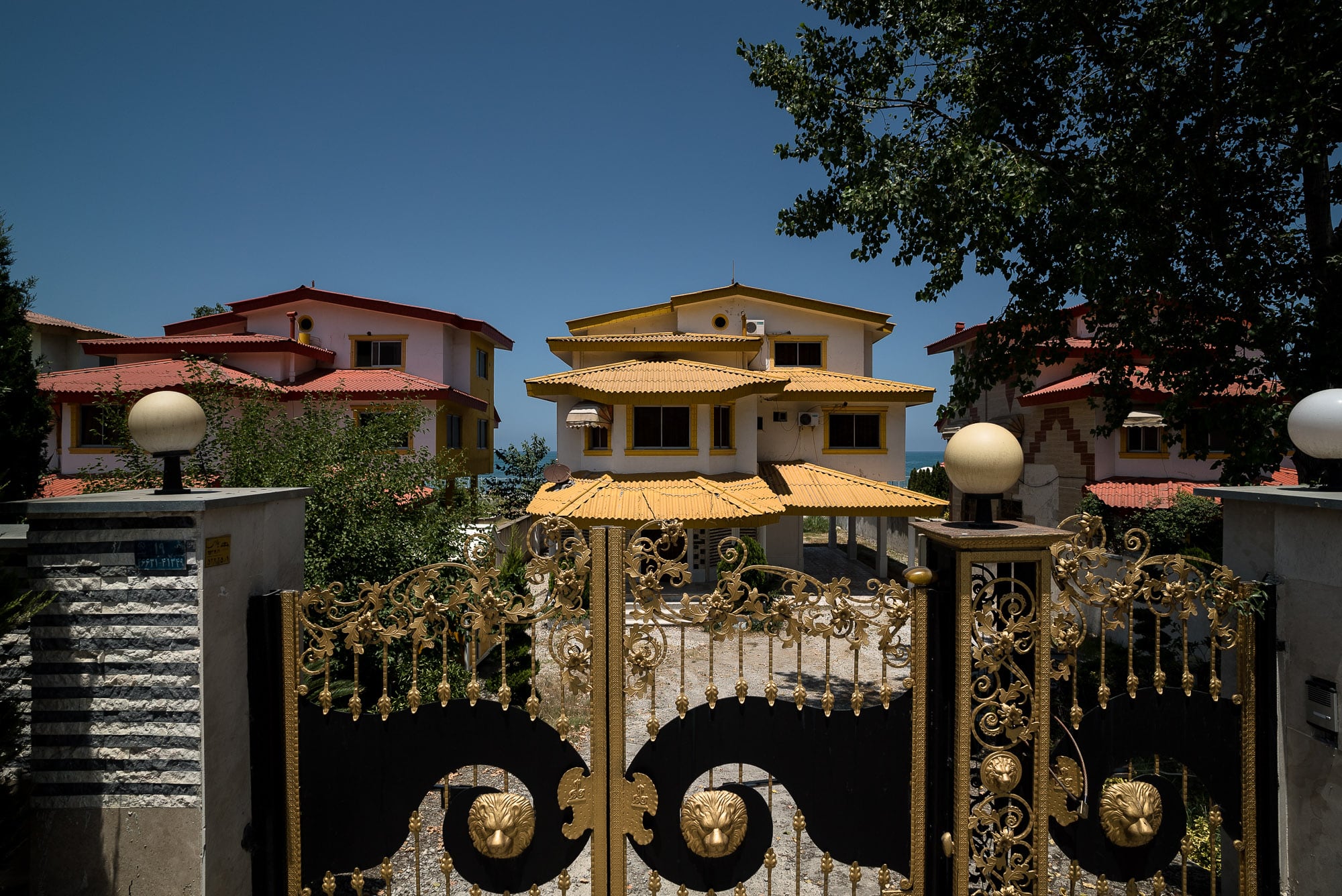 And sometimes there would be places where people came to sit and eat in the evenings, when the sun was gone: 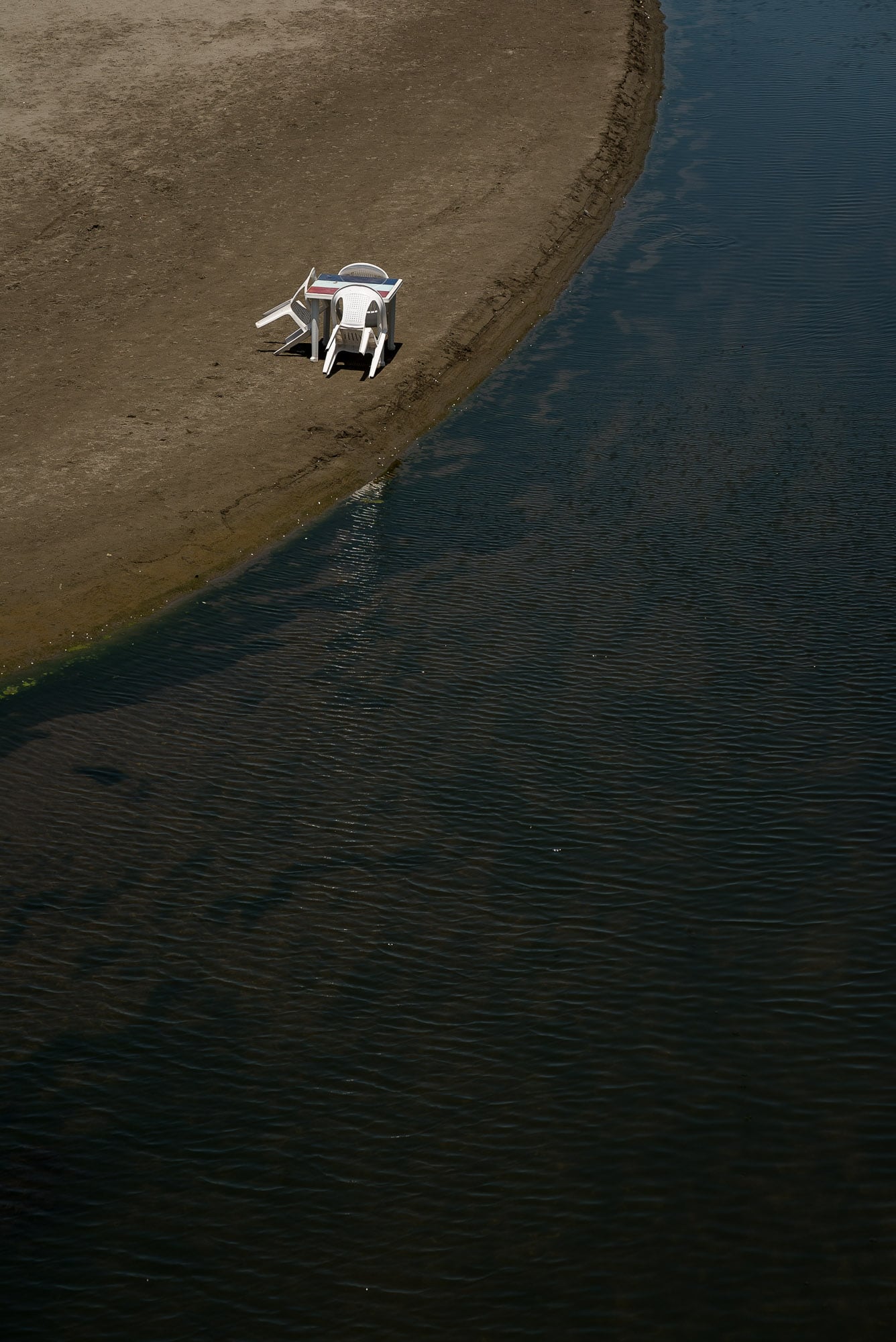 I found a little burger joint and enjoyed some fries in the shade of a tree: 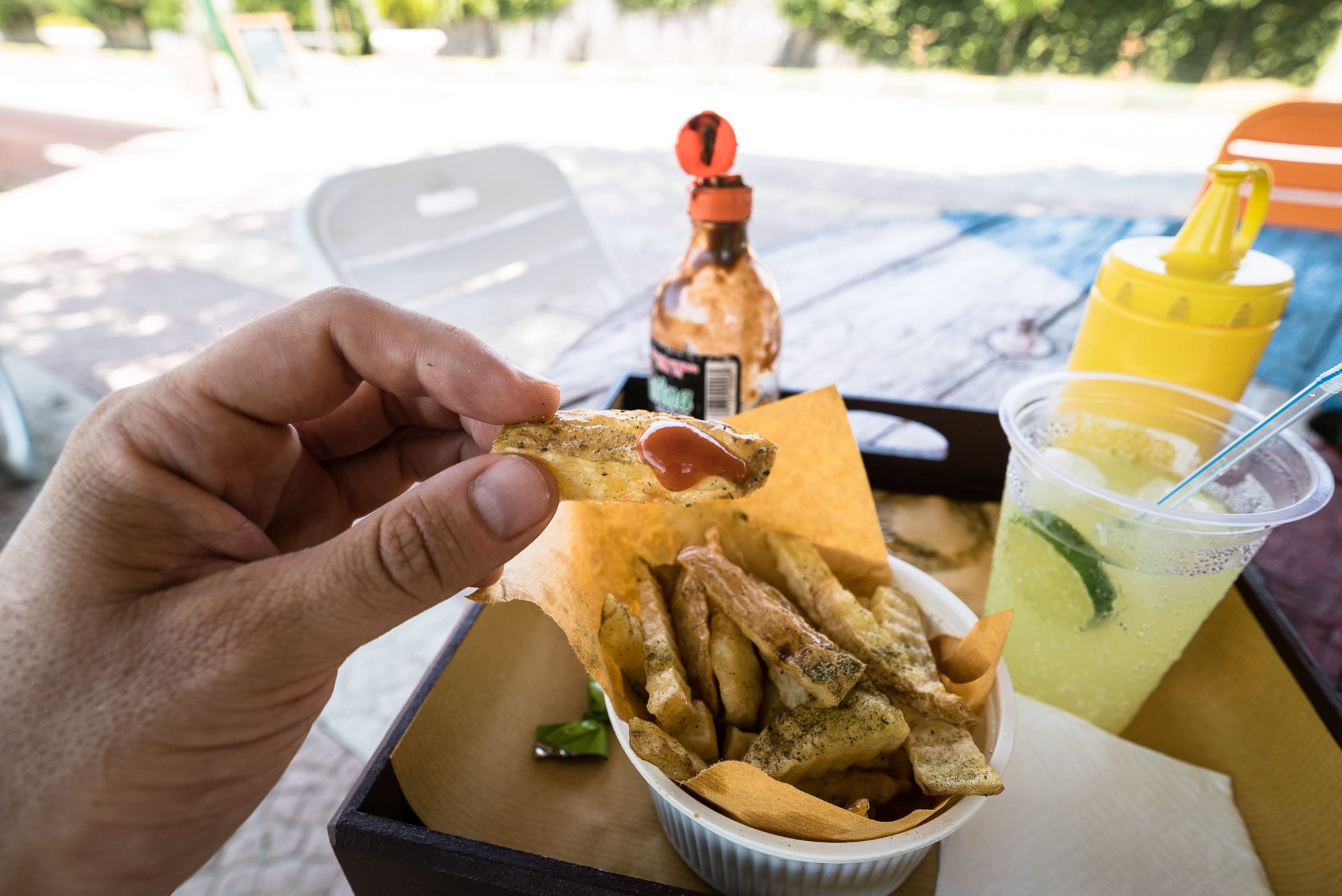 There weren’t that many customers, so Hesam, who manned the grill, came to chat with me for a while: 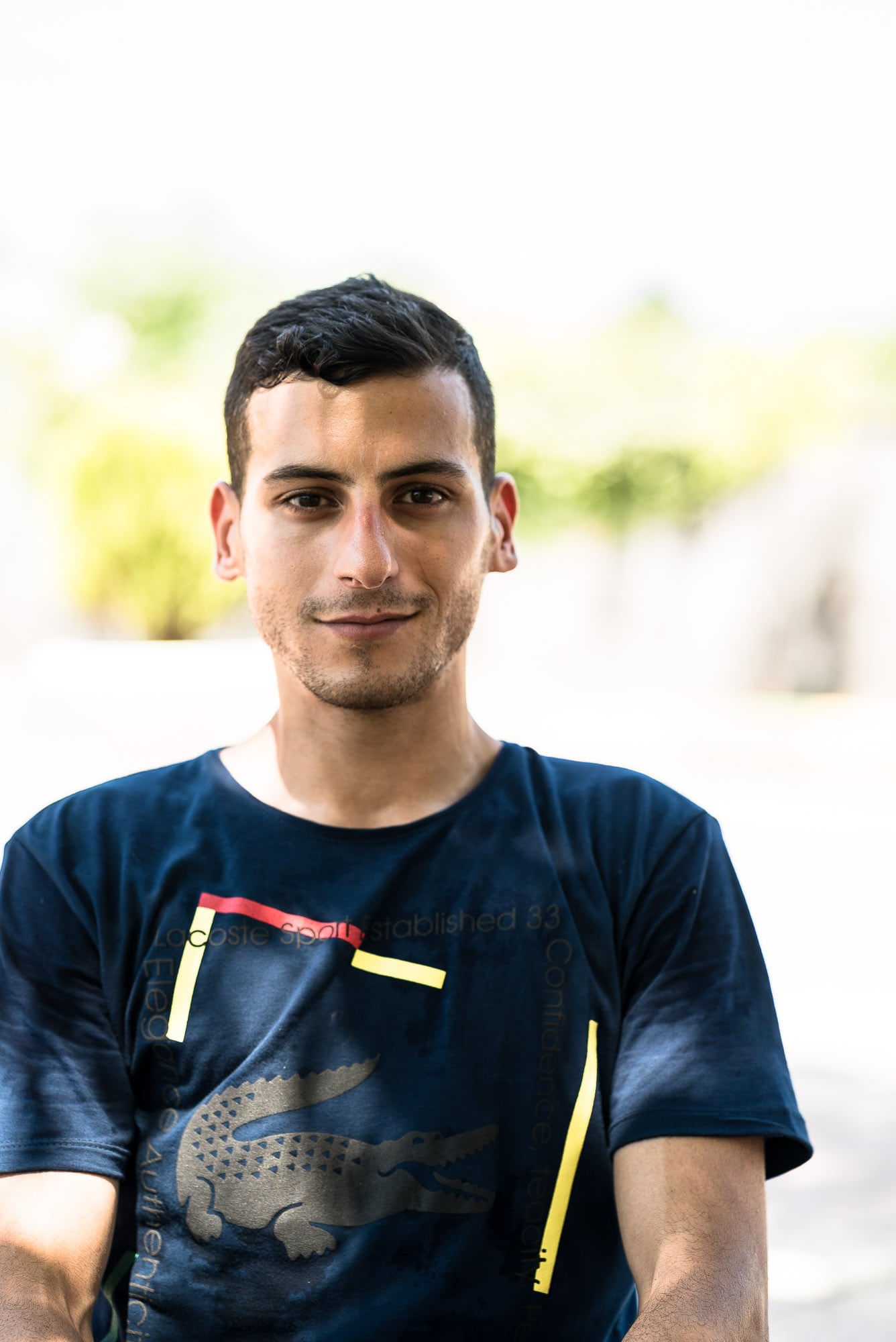 He said business was good because a lot of people came during the night.

At this point it was already past three in the afternoon, but I decided that it was still too hot for any further walking. So I went into a small patch of forest and put up the hammock there: 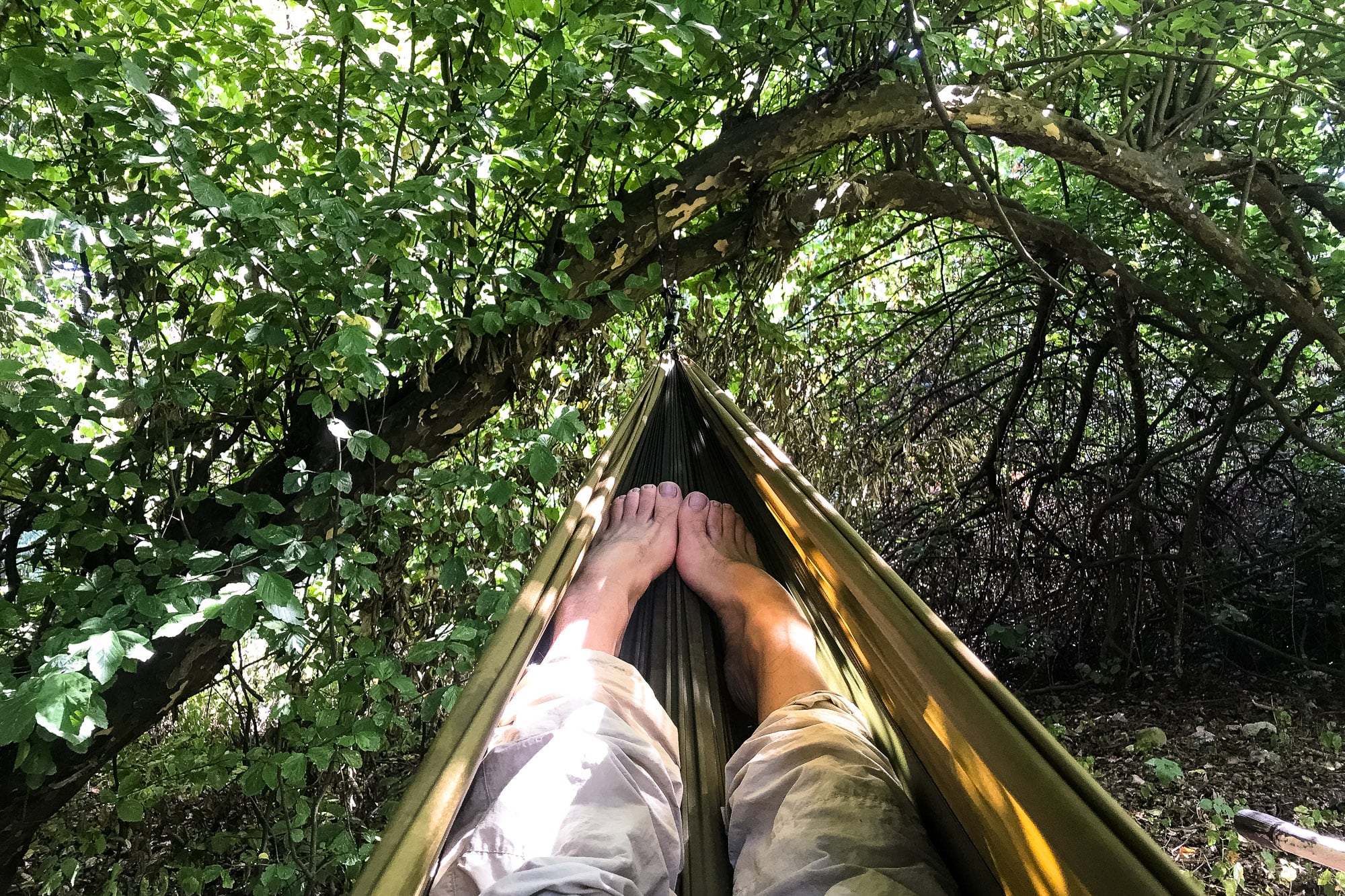 It was nice, but since it was so hot and so humid, even under those trees, the hammock was heavy from my sweat.

The forest was pretty, though: 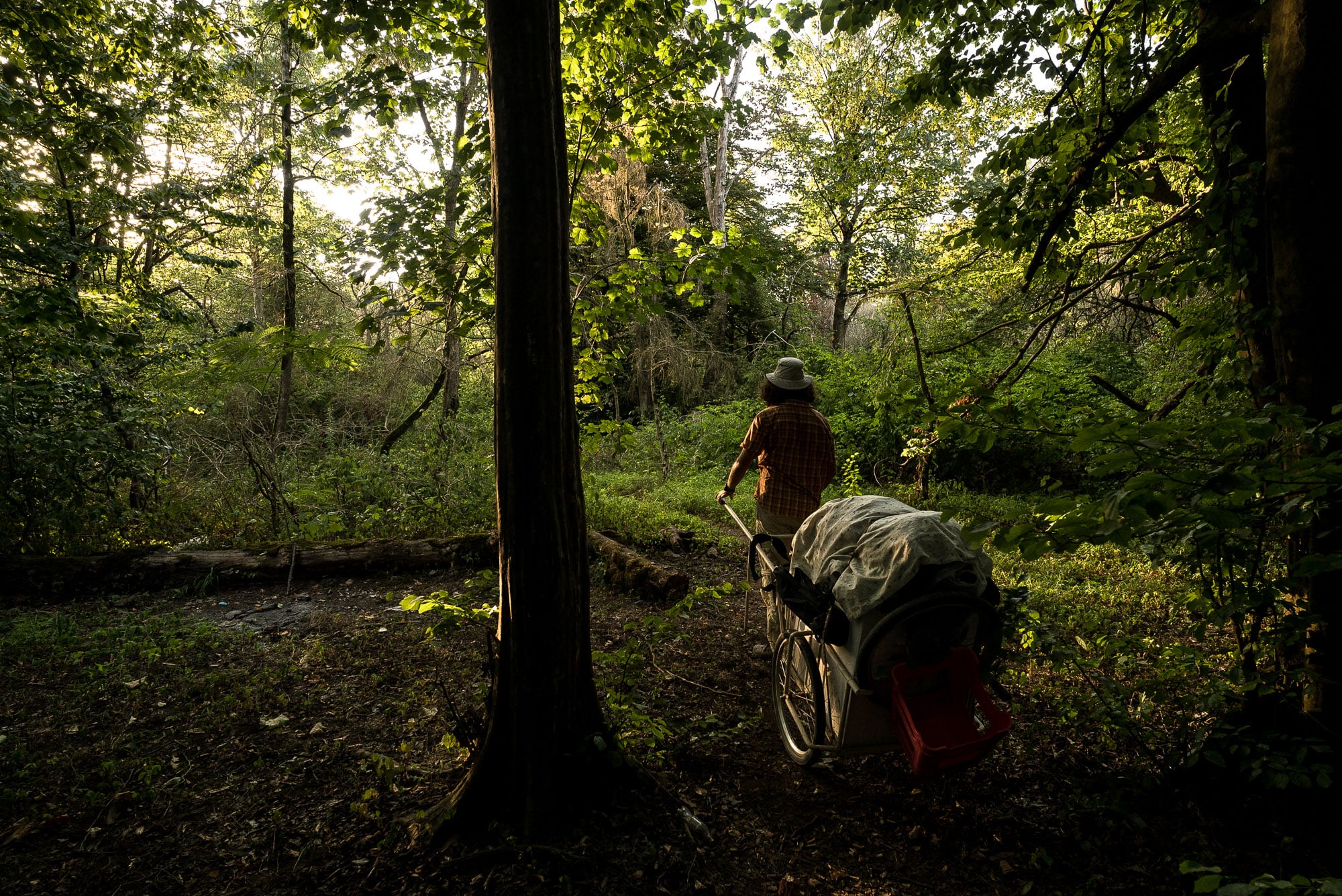 And when I ventured a bit further in, I found some party utensils that someone had left behind: 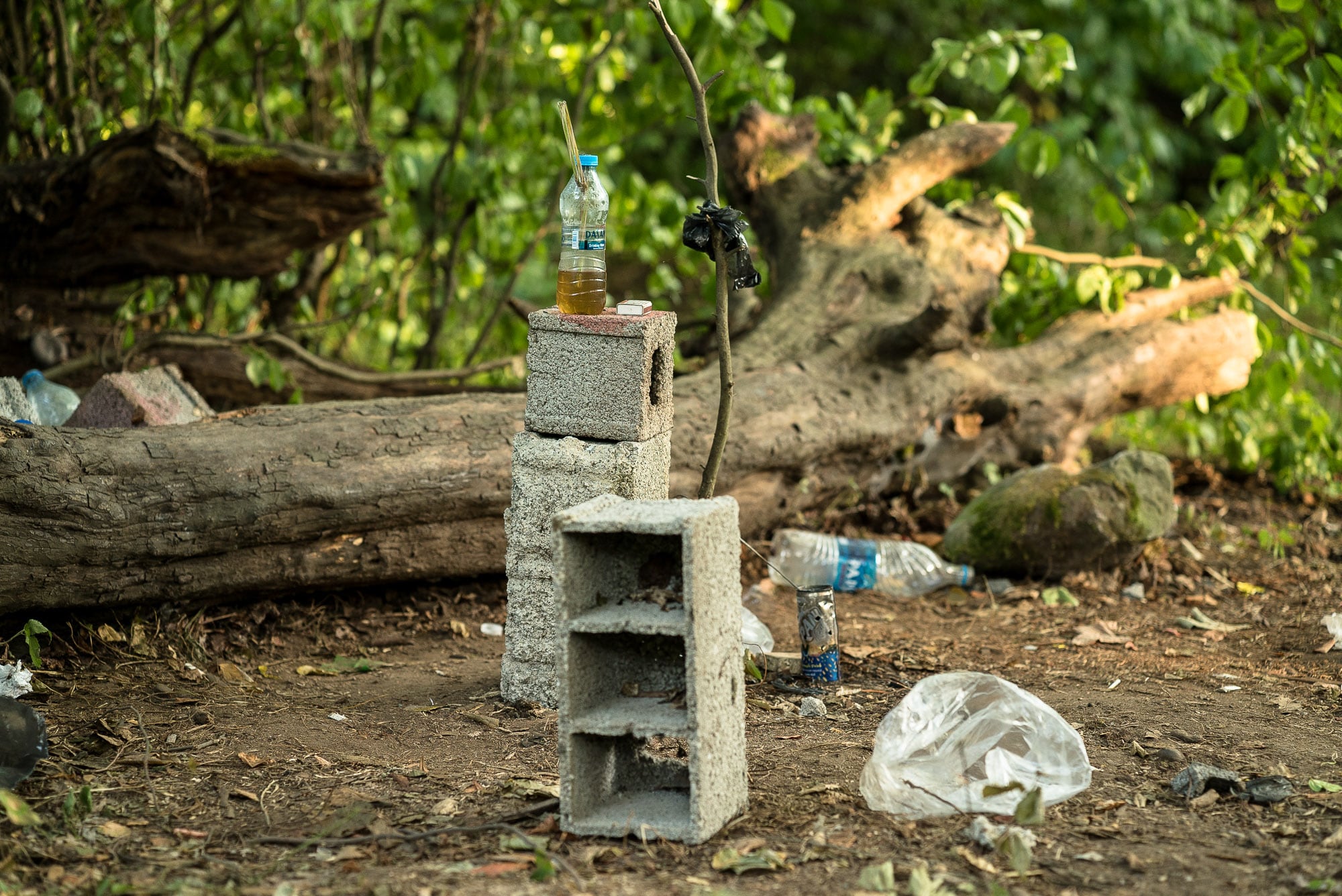 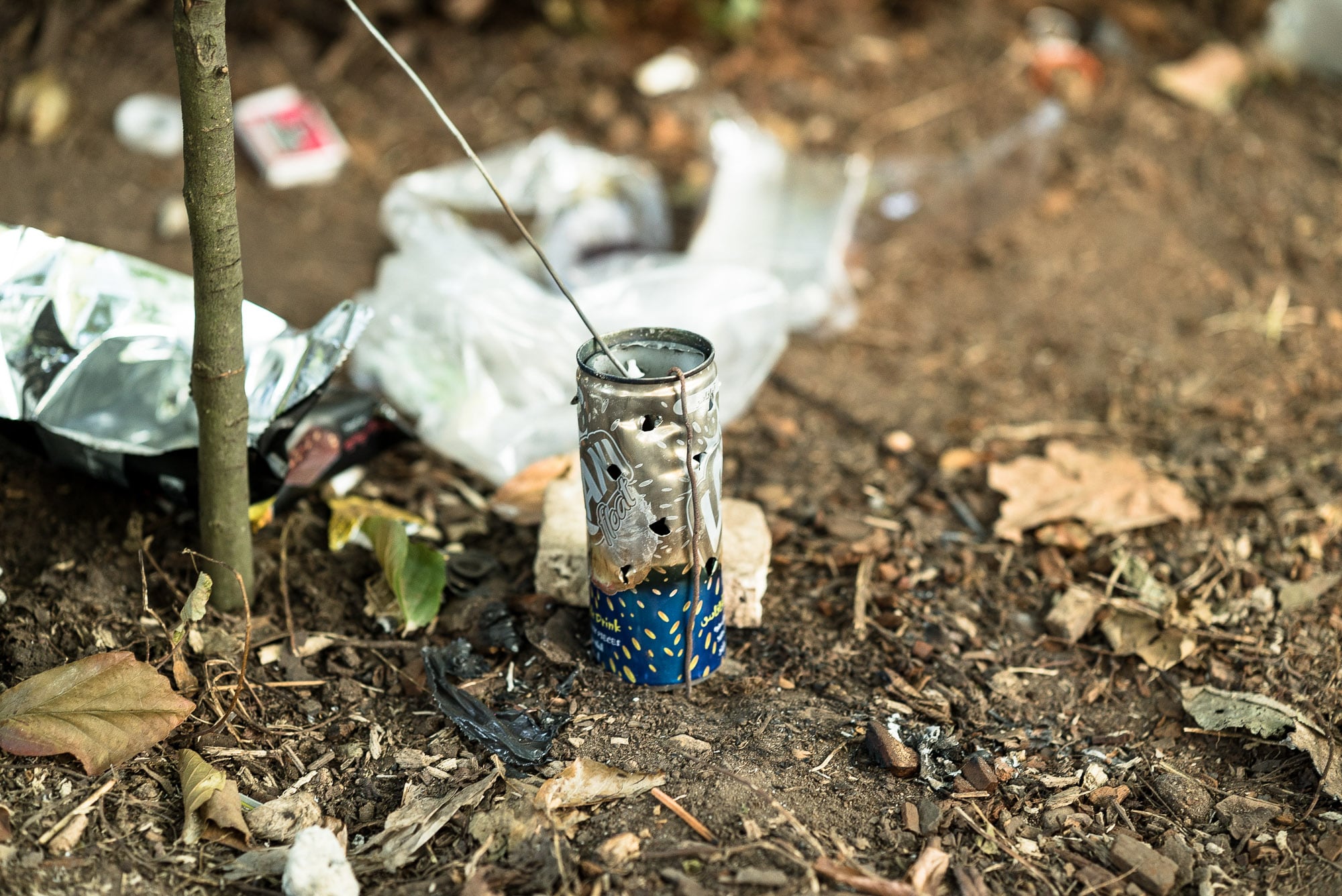 I left the forest at seven thirty, thinking that it wasn’t far to my destination anyway.

There were a lot of people selling cornstalks on the road: 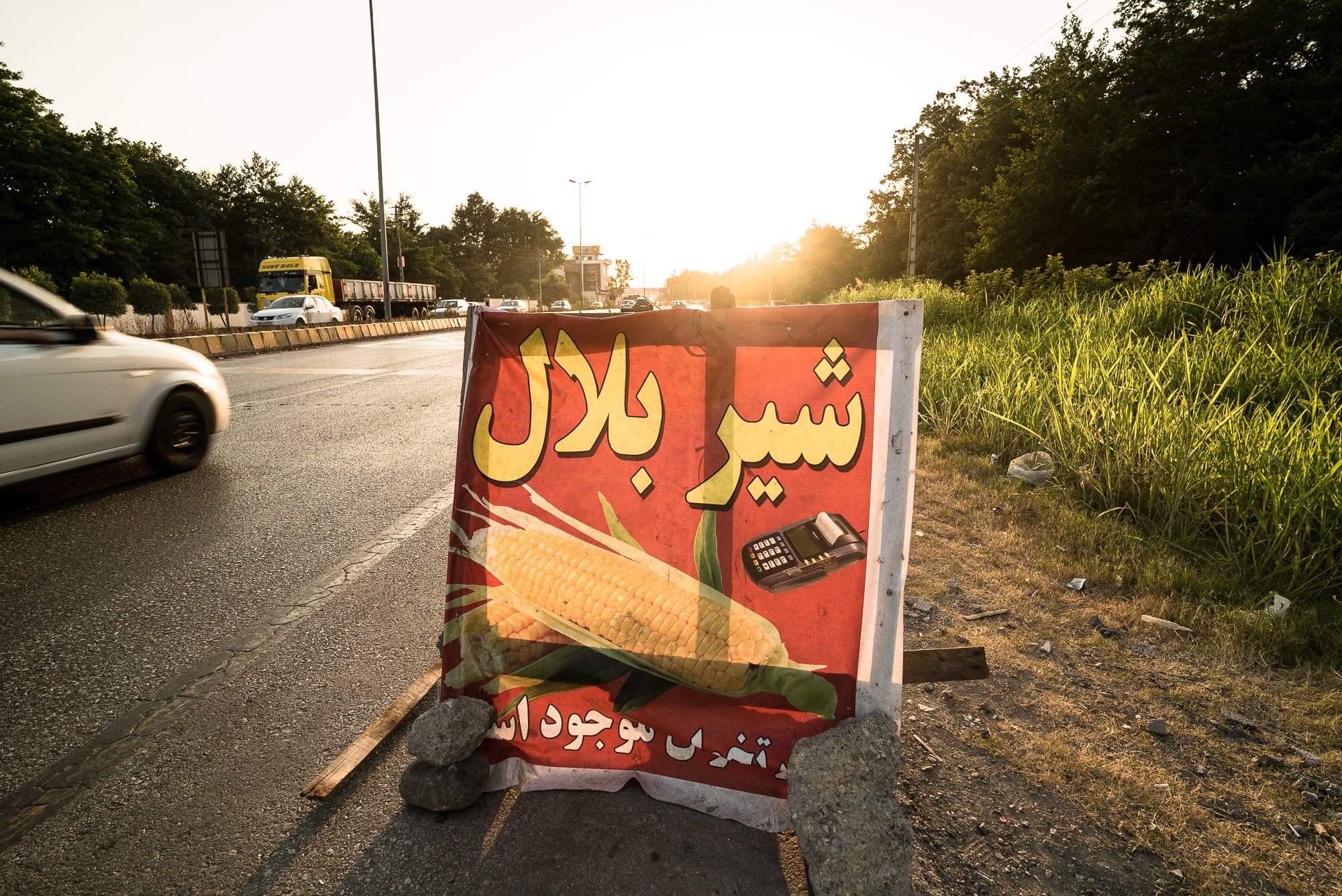 Note also how the sign says that you can pay with your bank card. In Iran, almost every place accepts cards. Not international ones, obviously, because of the sanctions, but Iranian bank cards like the one I have are very popular. Delivery drivers carry bank card readers.

You could also buy pickled olives or pickled garlic using your card: 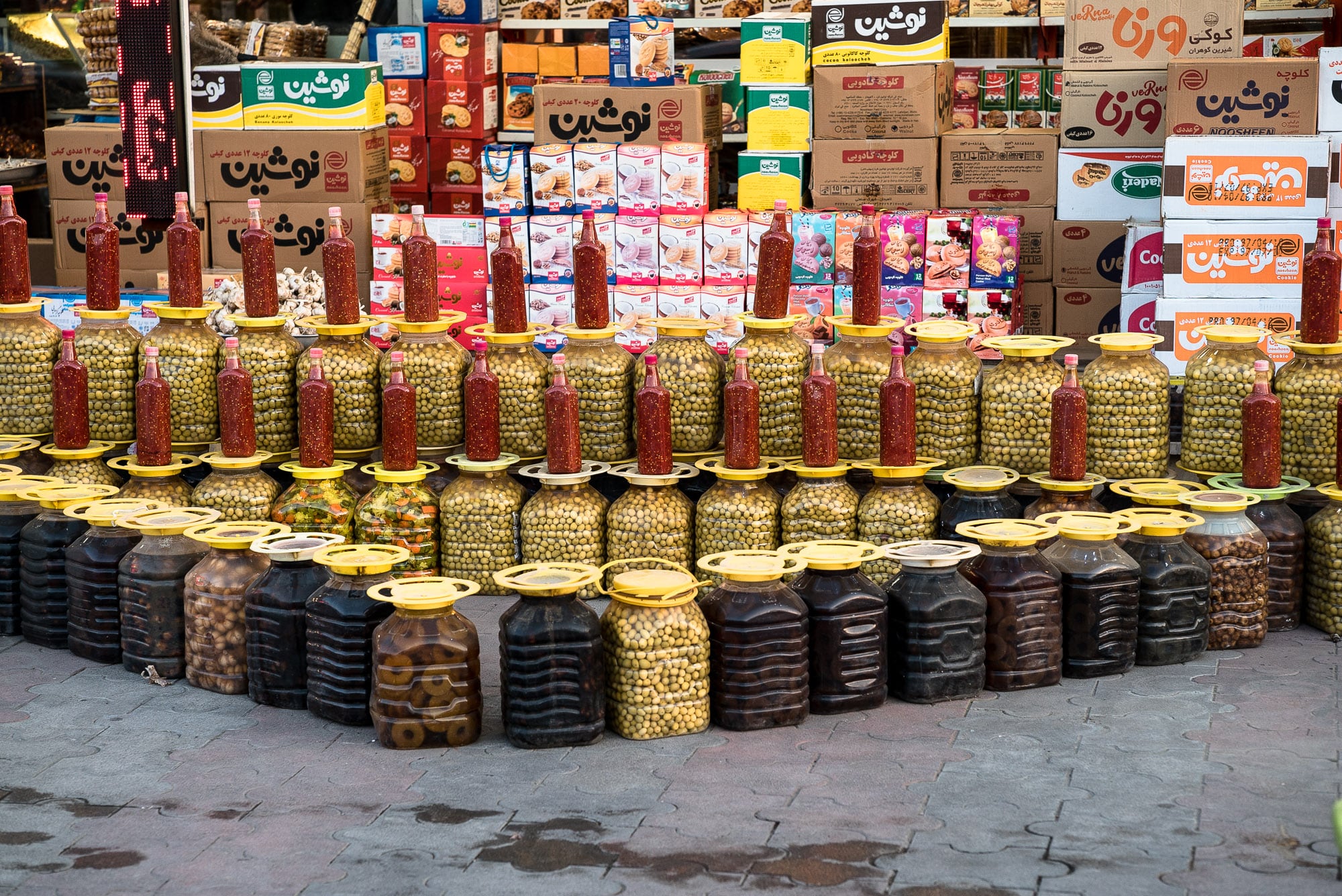 Sadly, it turned out that I was a lot slower than I had imagined. Maybe it was the heat. Or maybe I was just lazy. Either way, I walked slowly, and I rested a lot.

I was happy when I came to this bridge that looked like it had been made specifically for the Caboose and me: 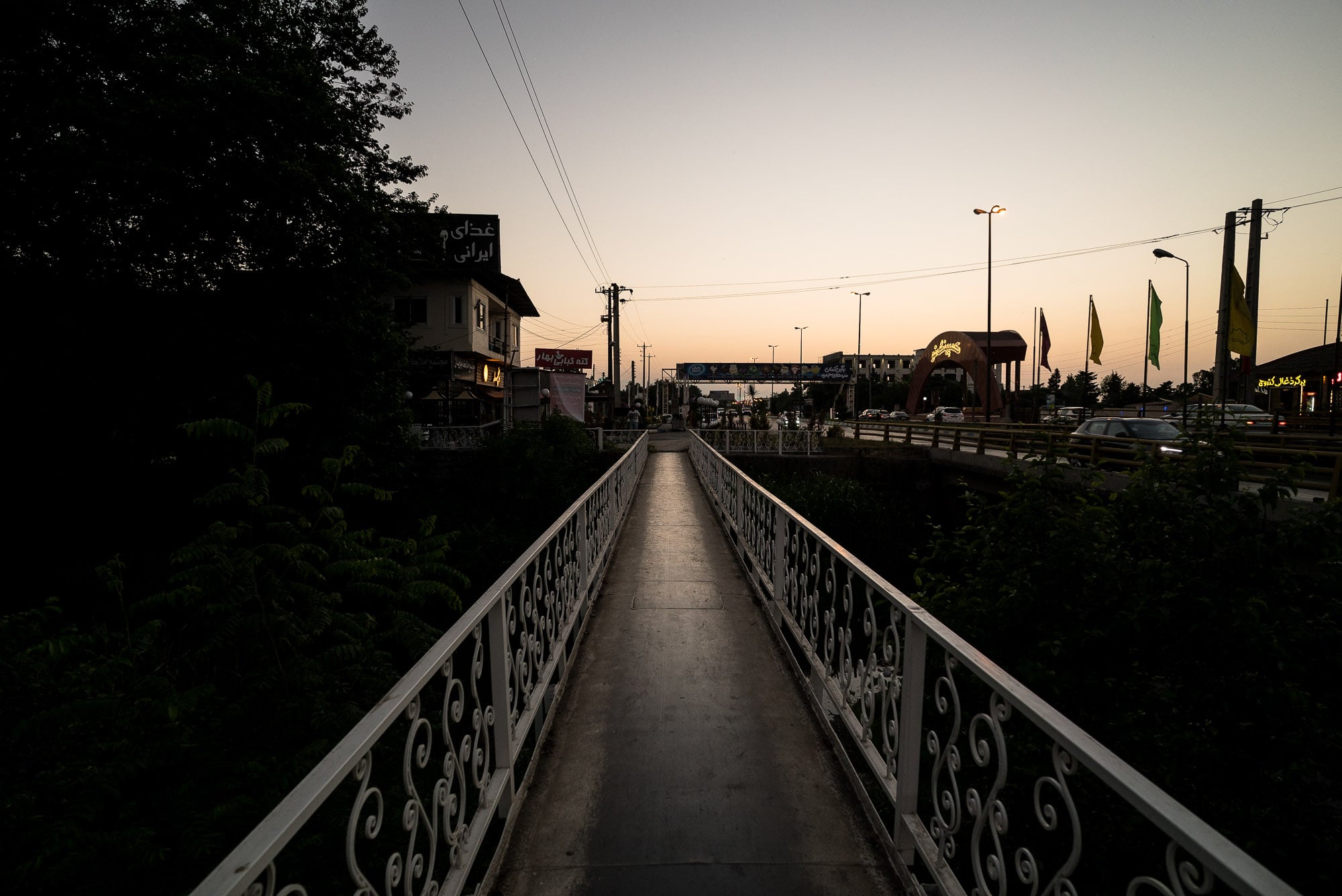 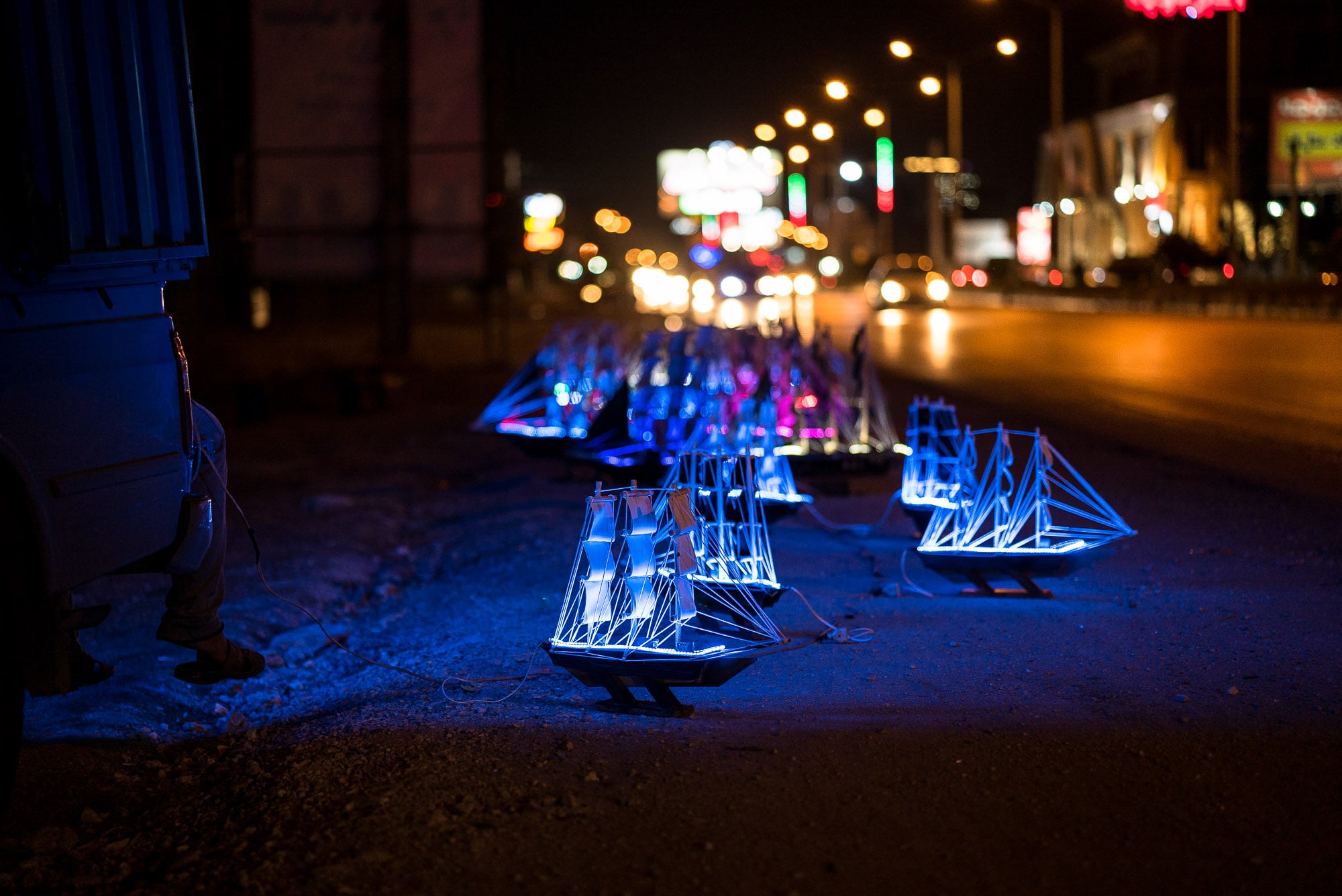 And another guy who sold more corn: 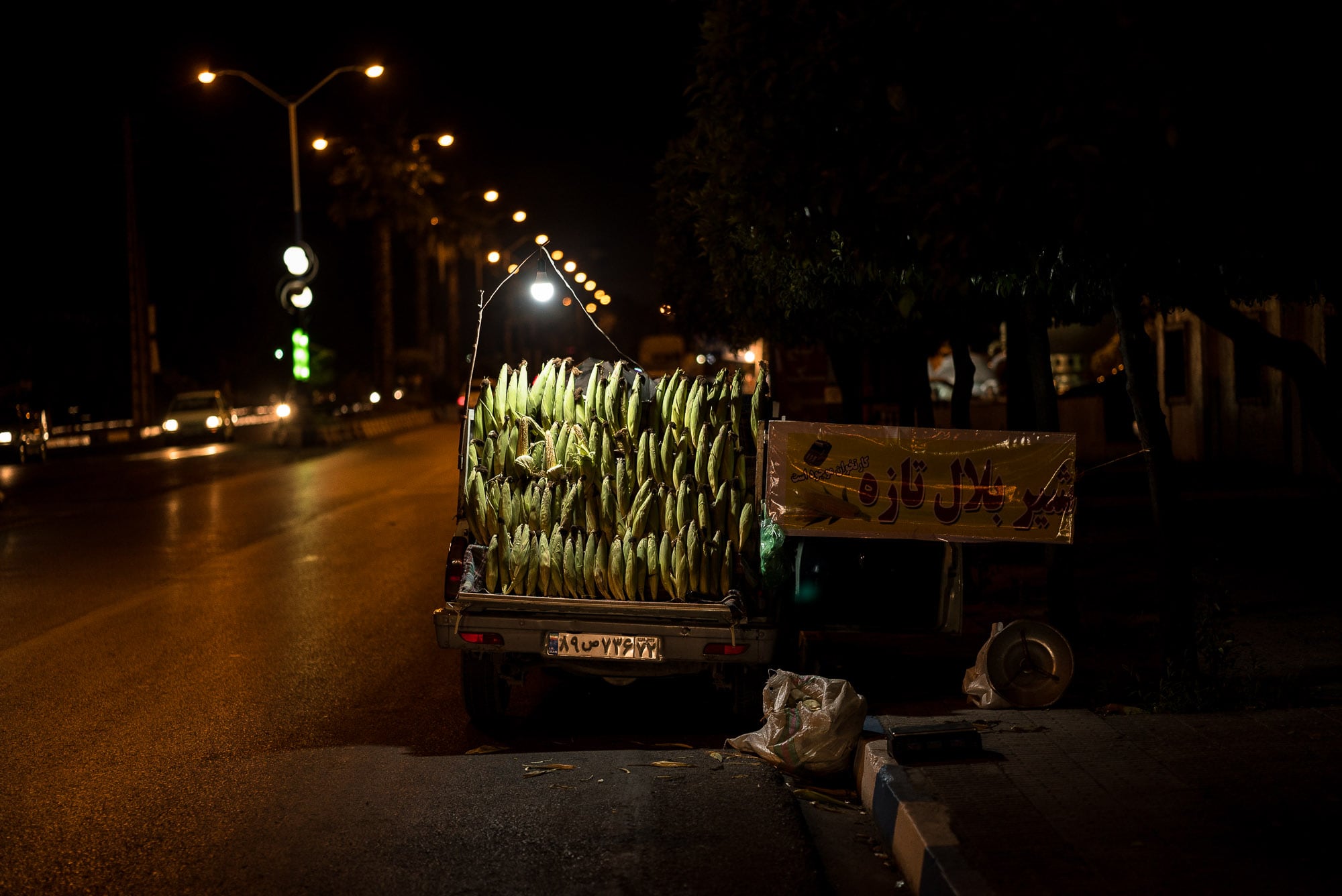 This family helped me watch my camera while I was taking a video of myself walking: 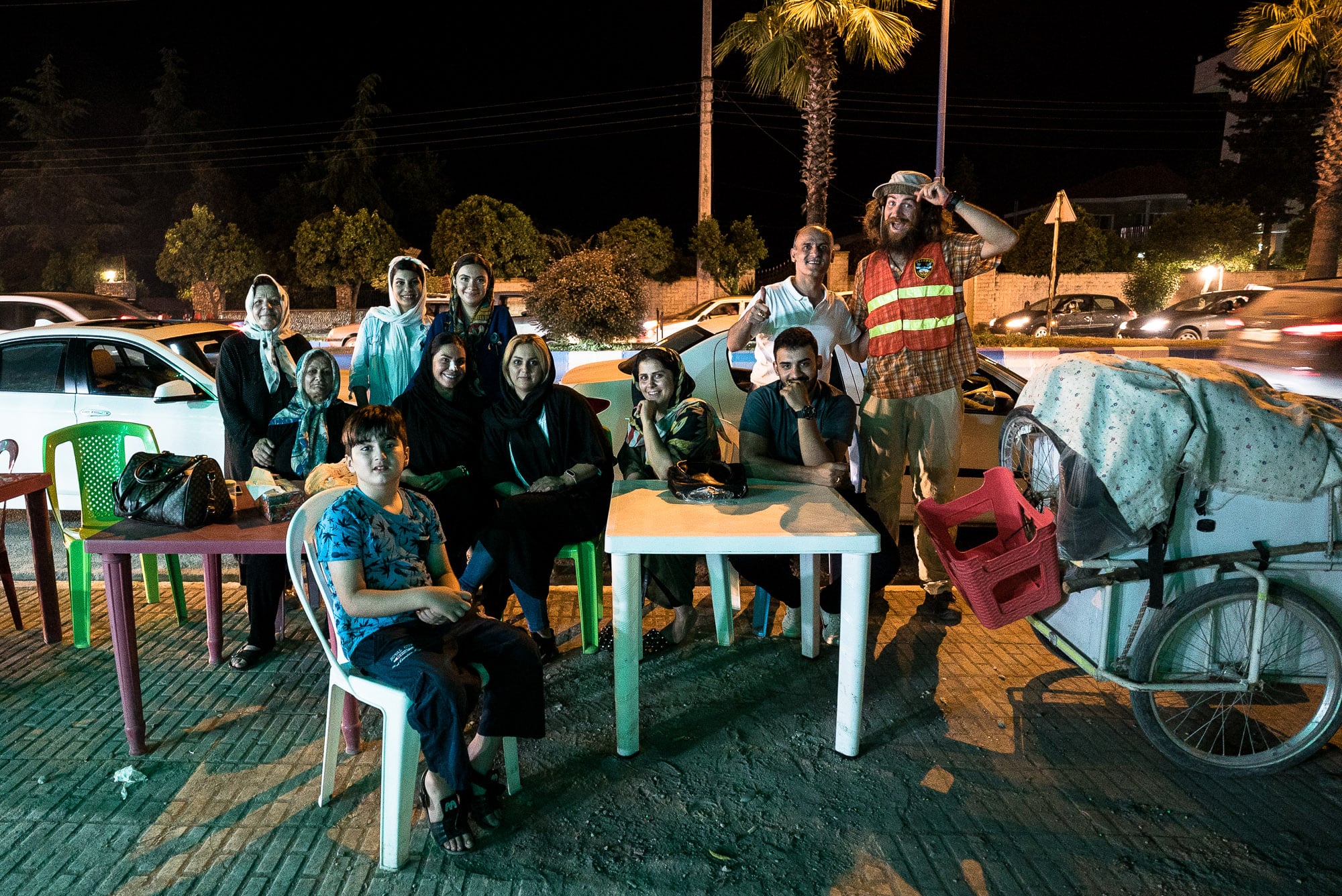 And then I was in Salman Shahr, my destination for the night. It turned out that Salman Shahr had once been called Motel Qoo after a famous hotel there, and that it was still a major tourist destination in the north. 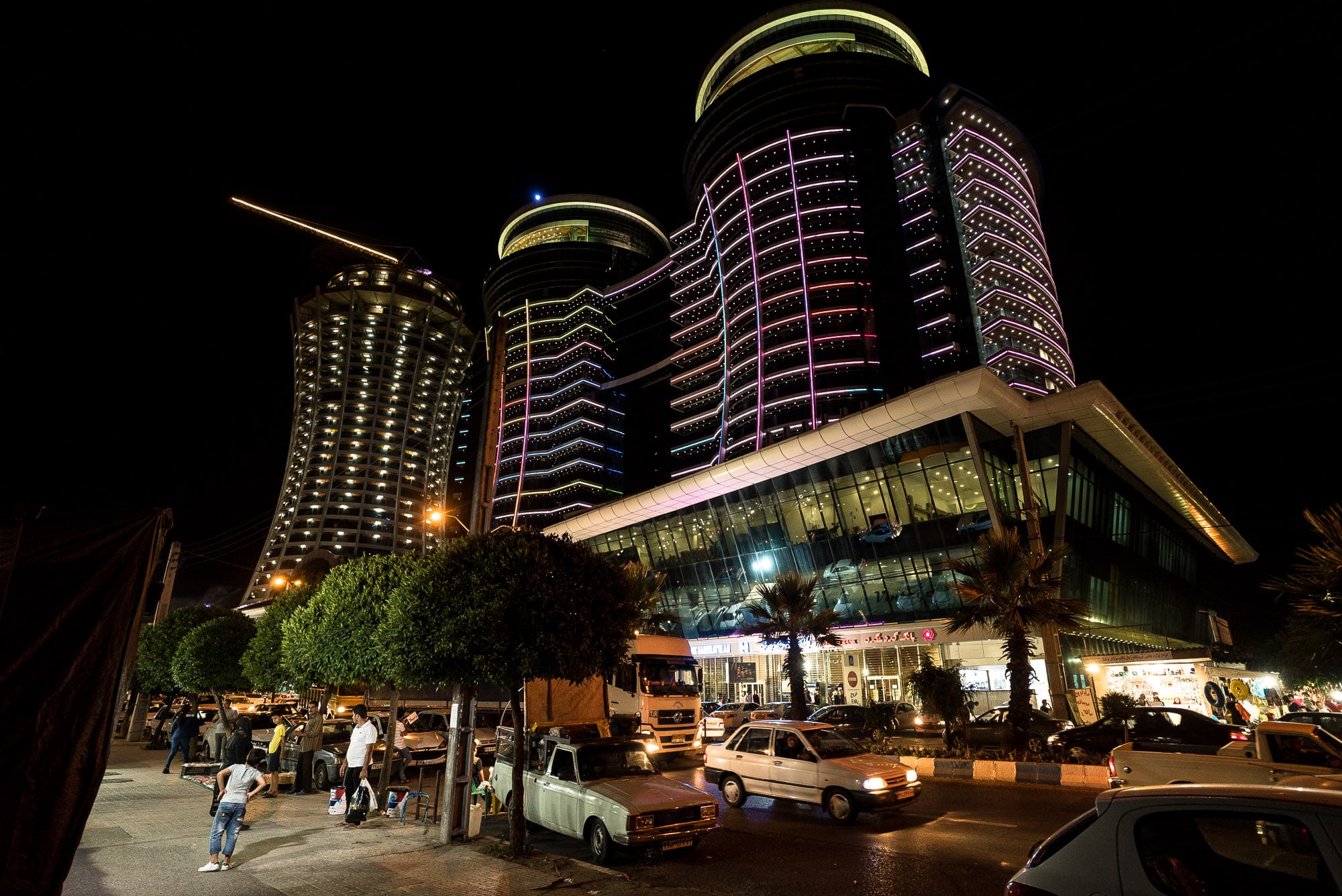 I decided that it was too crowded for me, so I sat down and had some pizza: 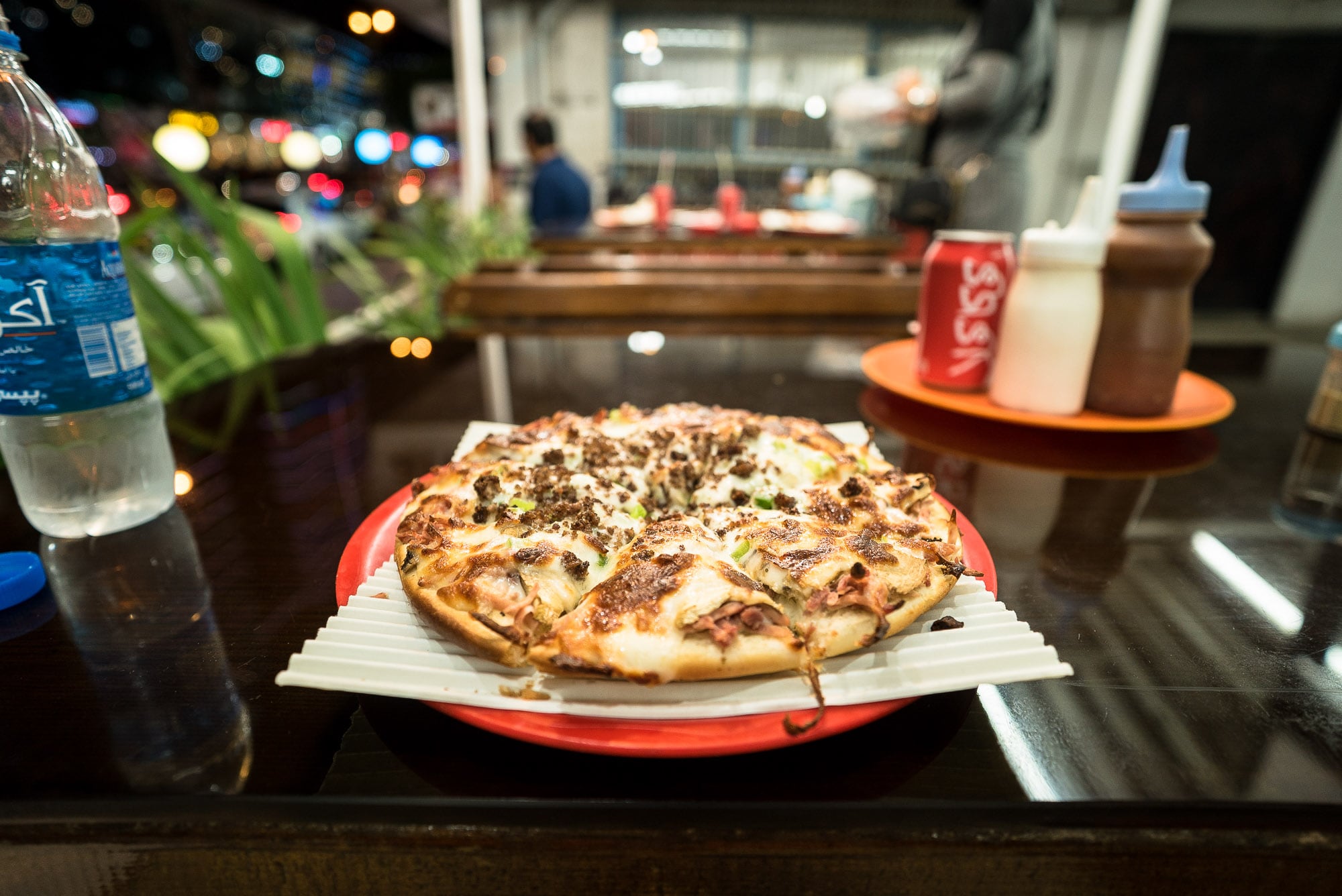 And then I walked a few hours more.

Day 1162
from Chalus to Abbasabad