I had forgotten that I wanted to do three things before setting out on the road: 1) change money 2) buy some data for my cellphone 3) take a ride on Mashhad’s metro system.

So my friend took me to a metro station: 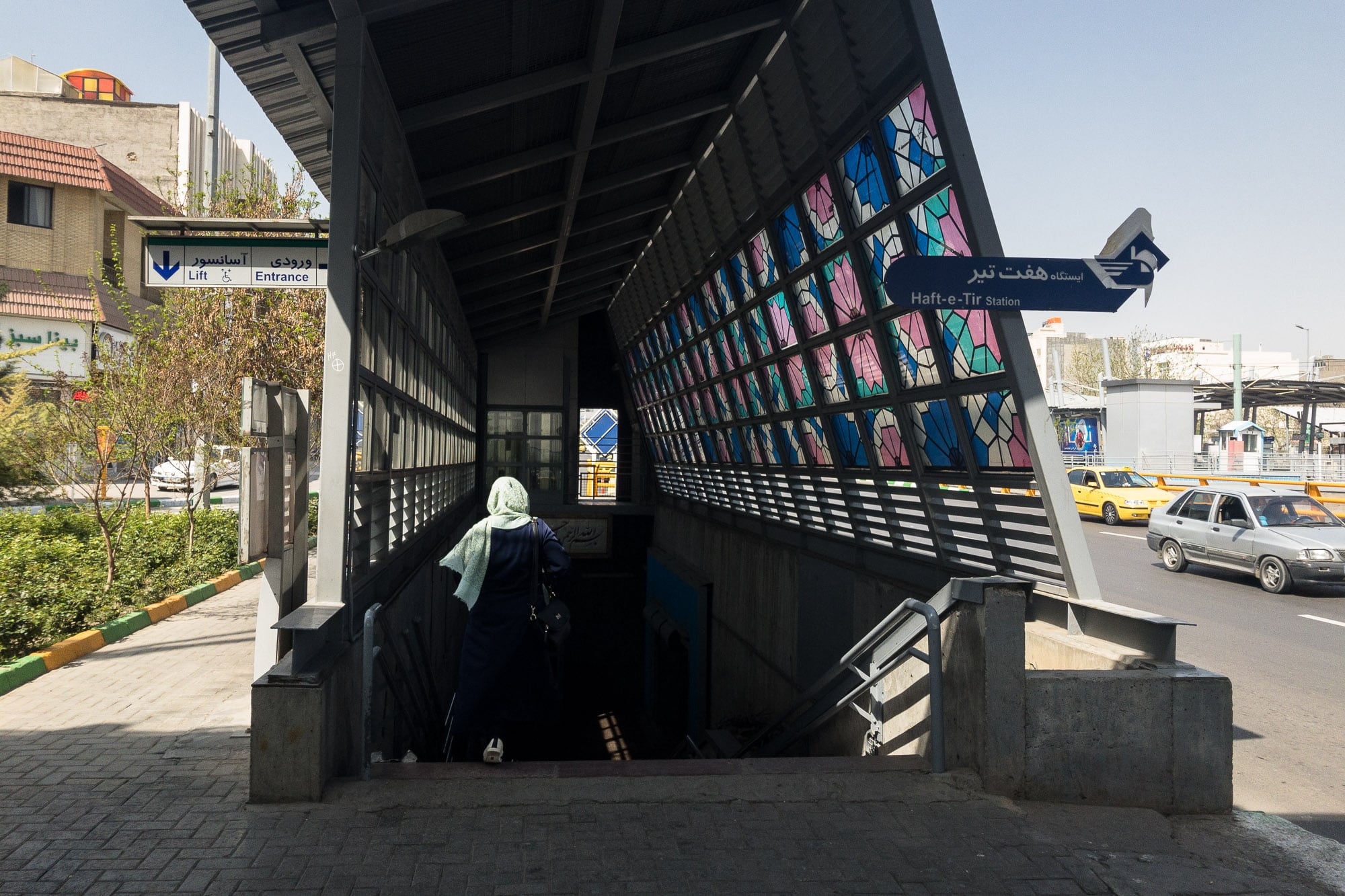 Everything looked nice and new: 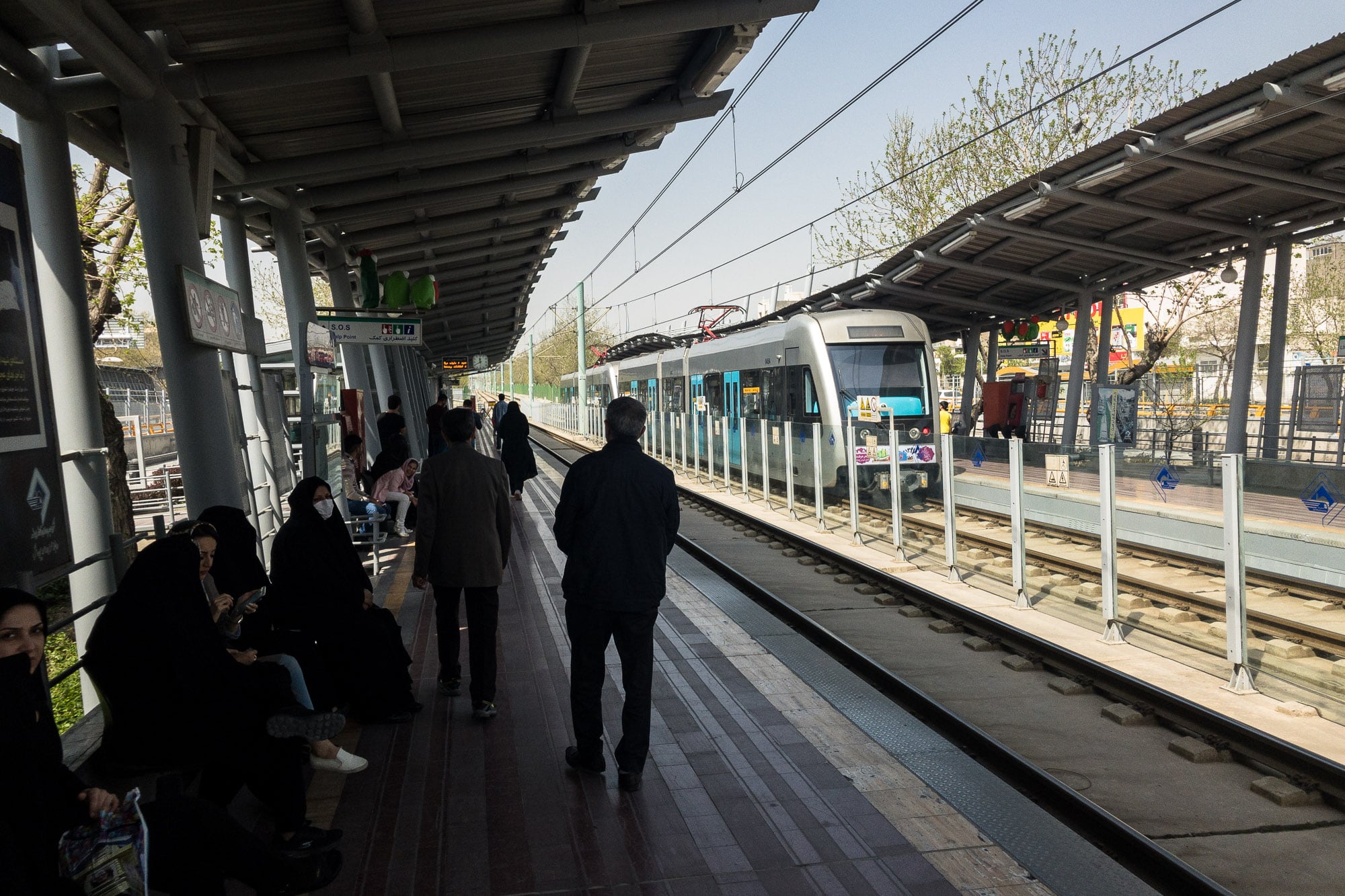 Inside there were “men only” and “women only” compartments, but they didn’t seem to be 100% strictly separated, with some women ending up in the men’s compartments and vice versa: 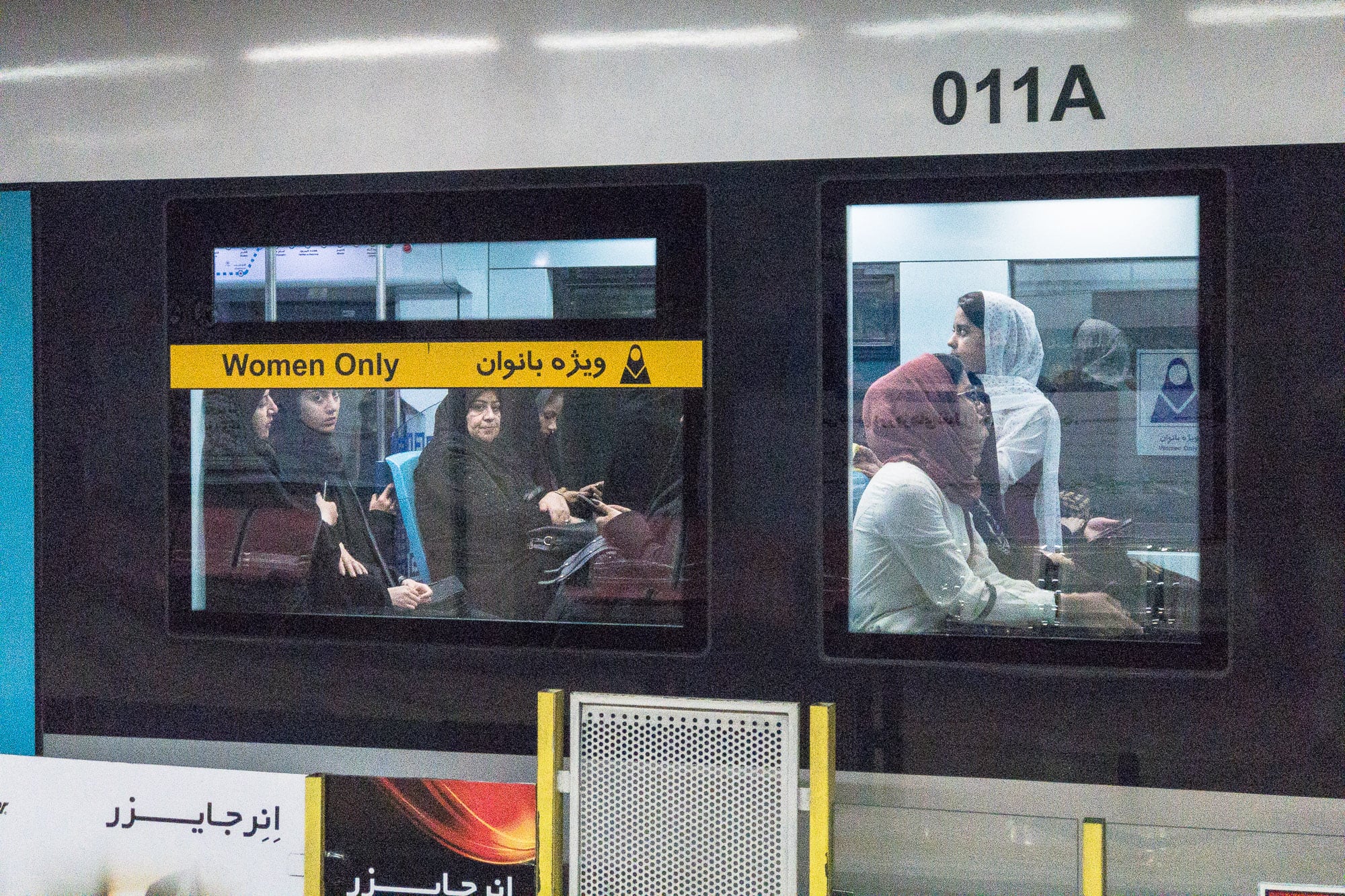 I figured I belonged in the “men only” section: 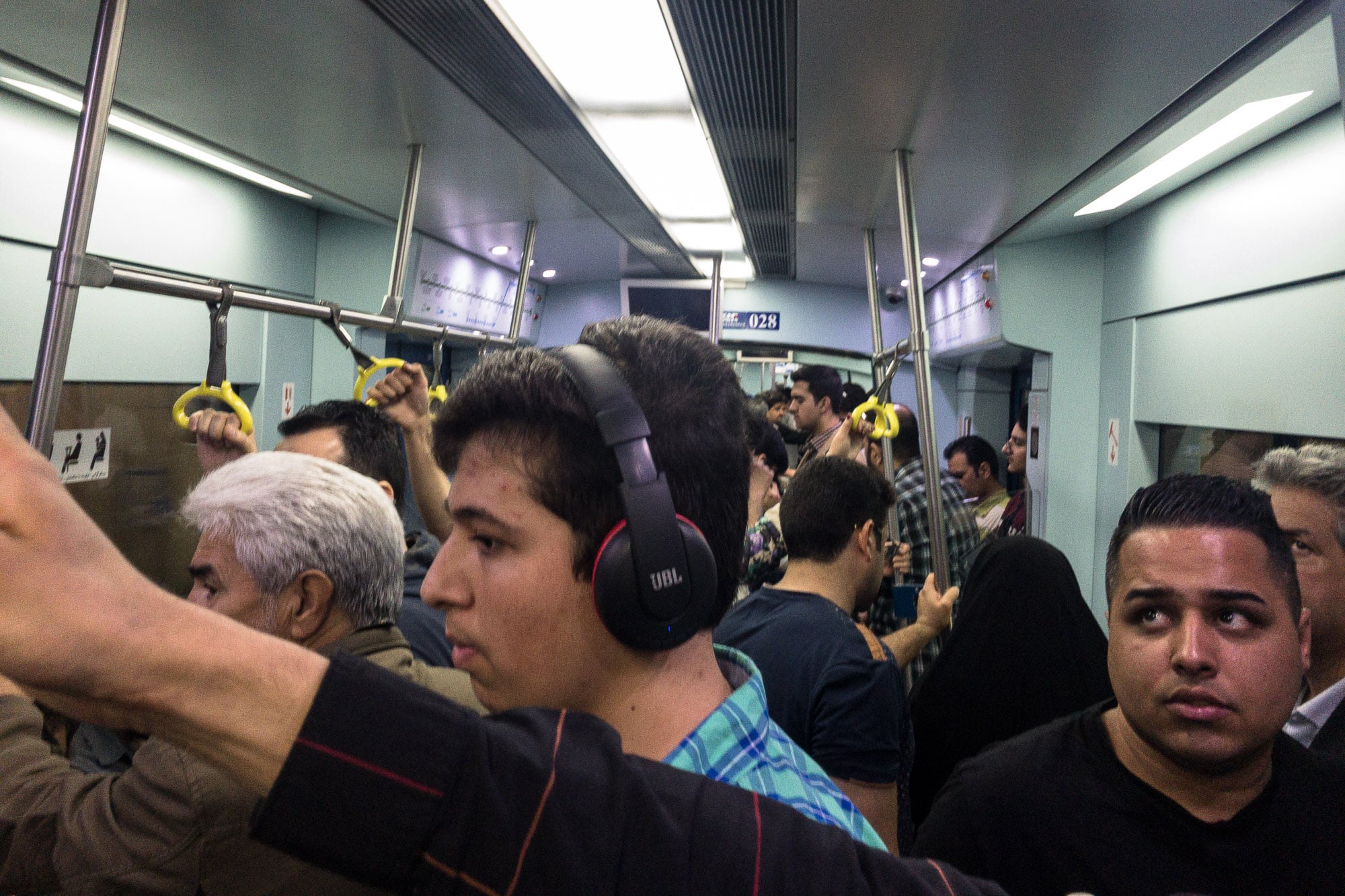 We went downtown to an exchange office and came out with a bag of money: 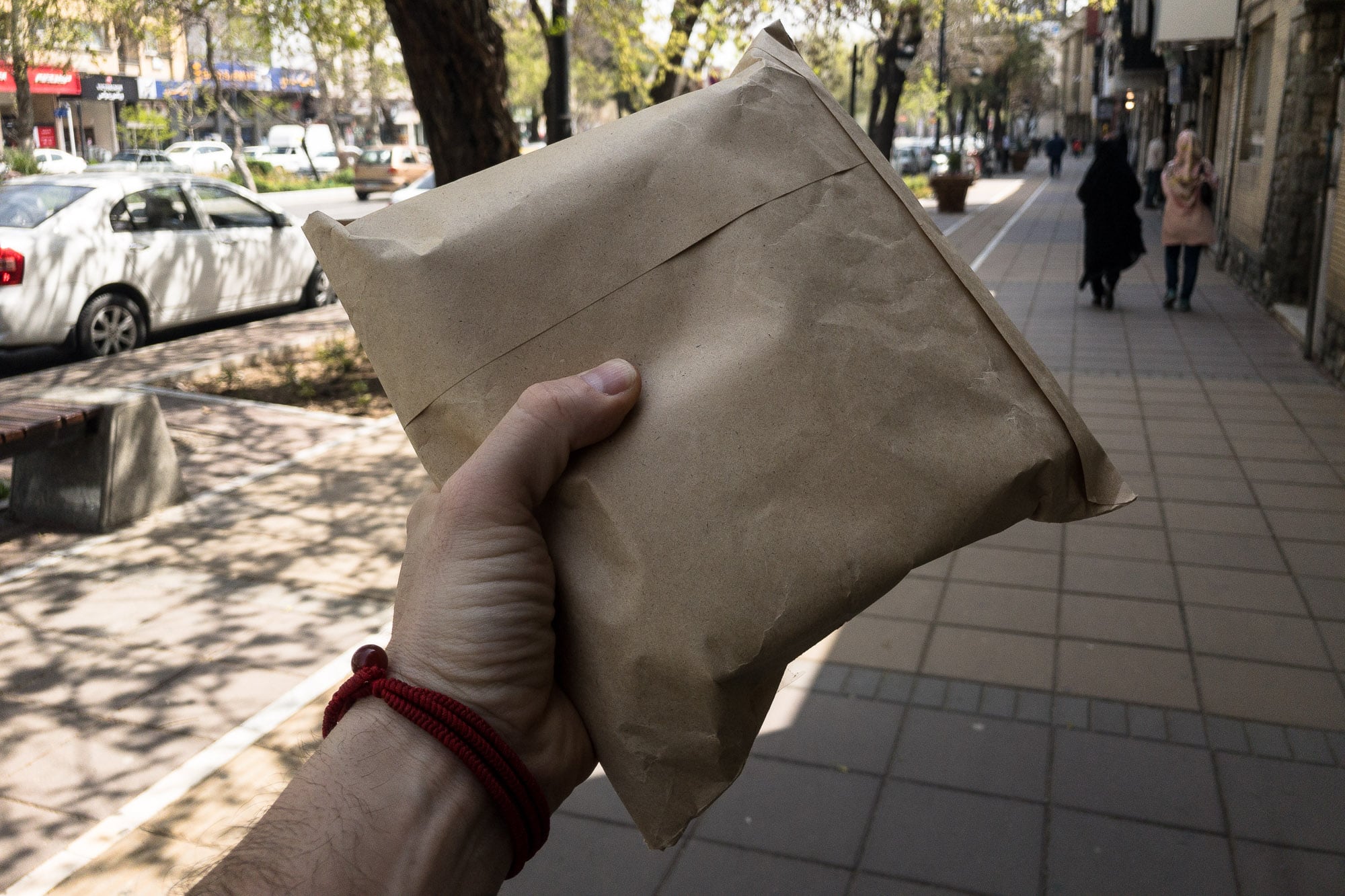 Too big, actually. The first part of the problem was that Iran, being under sanction by the international community, didn’t have access to global banking systems like Visa or EC. This meant there was no way for me to get any additional money in Iran, which meant in turn that I had to bring lots of cash. The second part was Iran’s inflation. Just like in Uzbekistan when I entered it in December 2016, life in Iran meant that you had to have lots and lots of paper bills with you. Because the money simply wasn’t worth very much.

What was I to do?

In the end my friend took me to a local bank, where we sat down and filled out a bunch of papers. Then we waited for an hour or two: 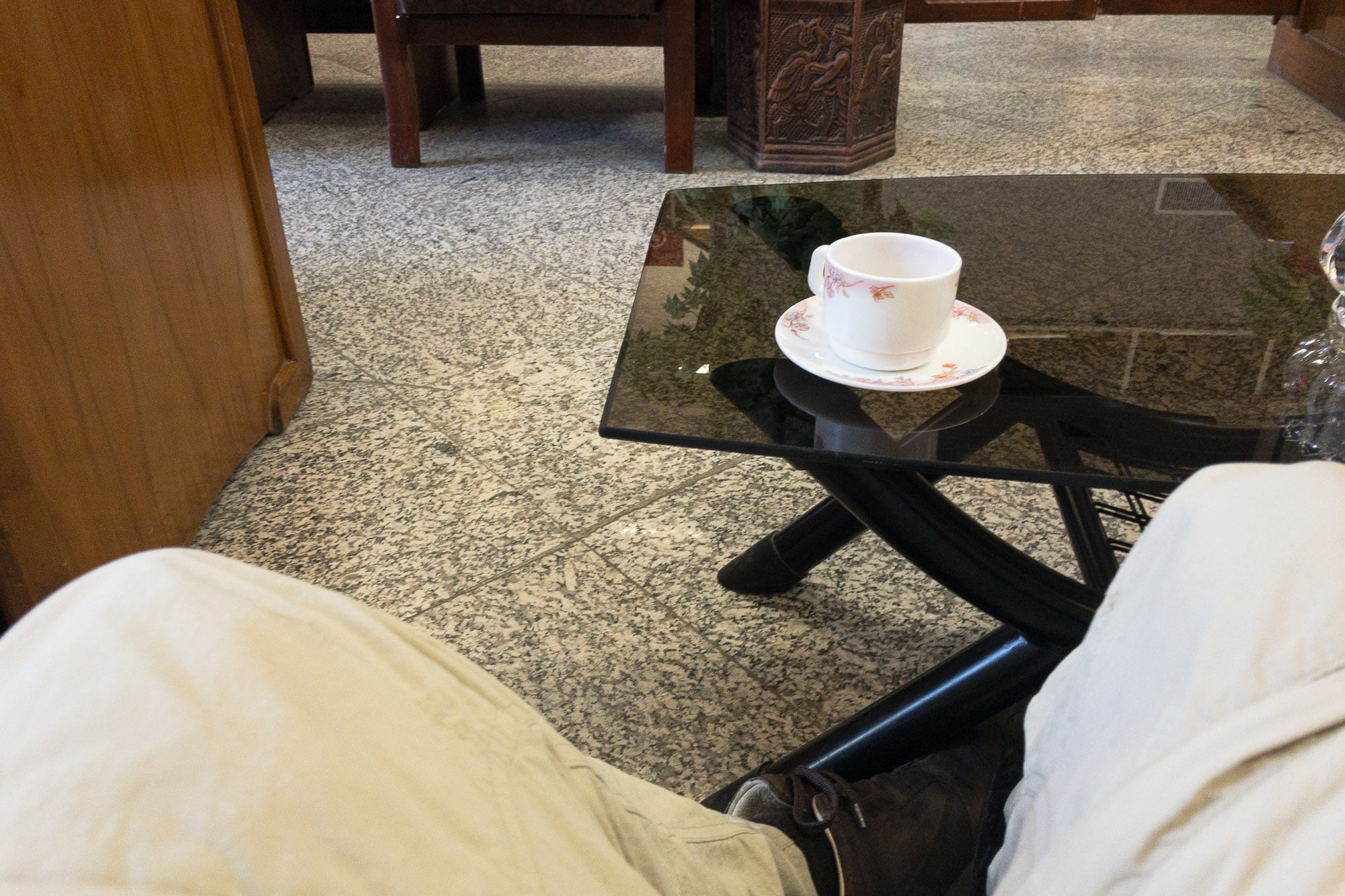 And then I got it: 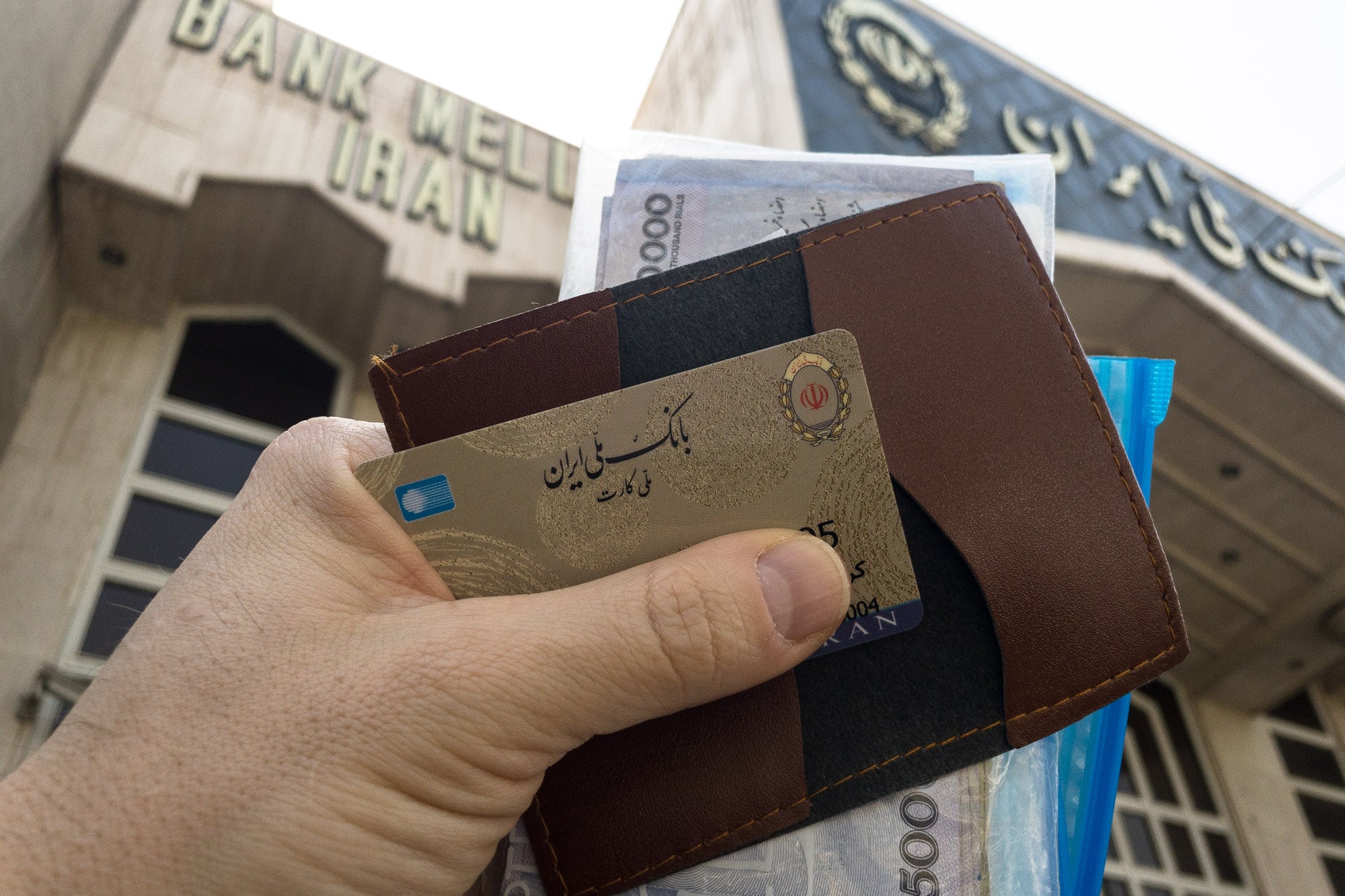 My Iranian bank card, with all of my money stored neatly on it.