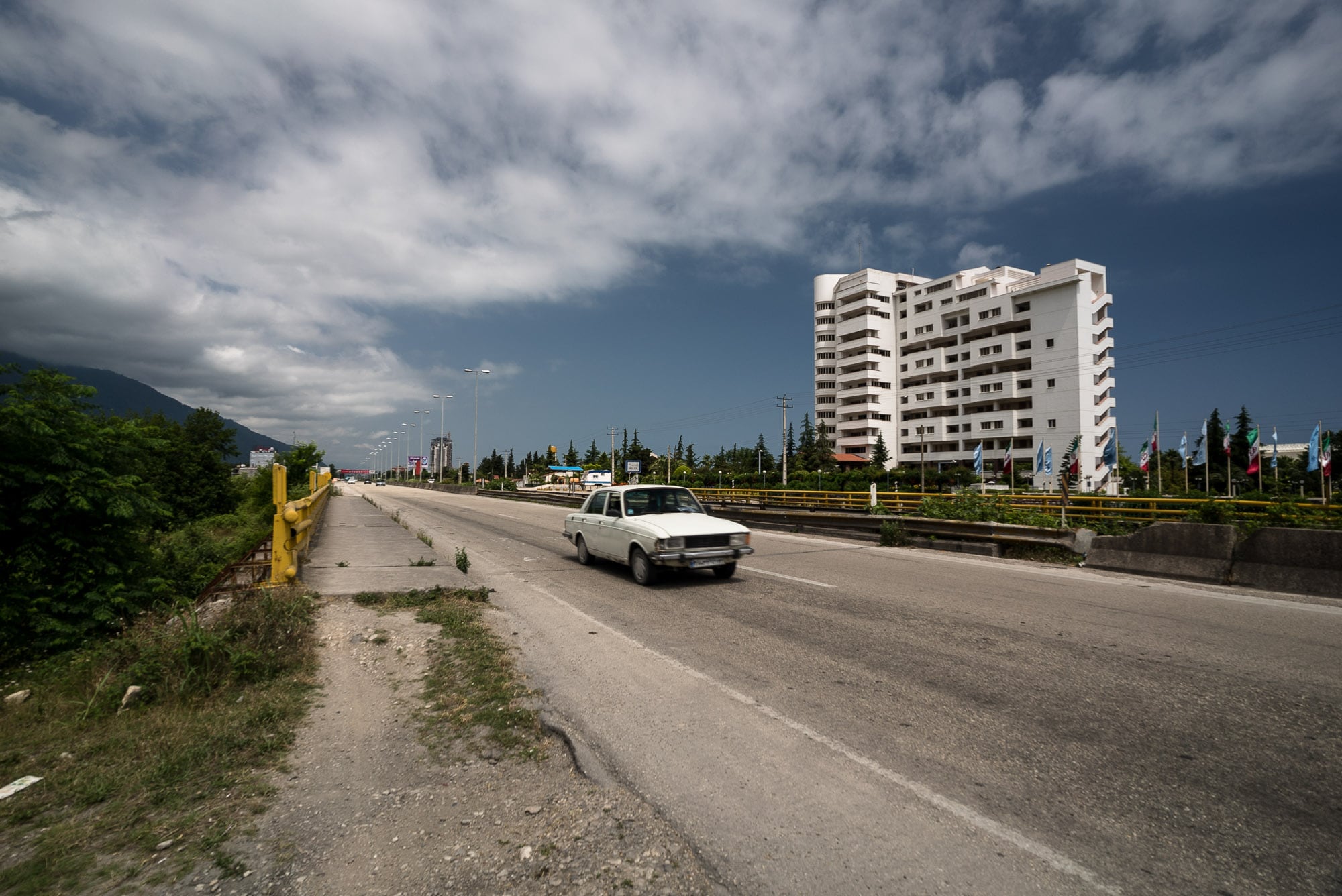 One thing that is remarkable about the coastal areas here is that women are apparently allowed to ride bicycles by themselves: 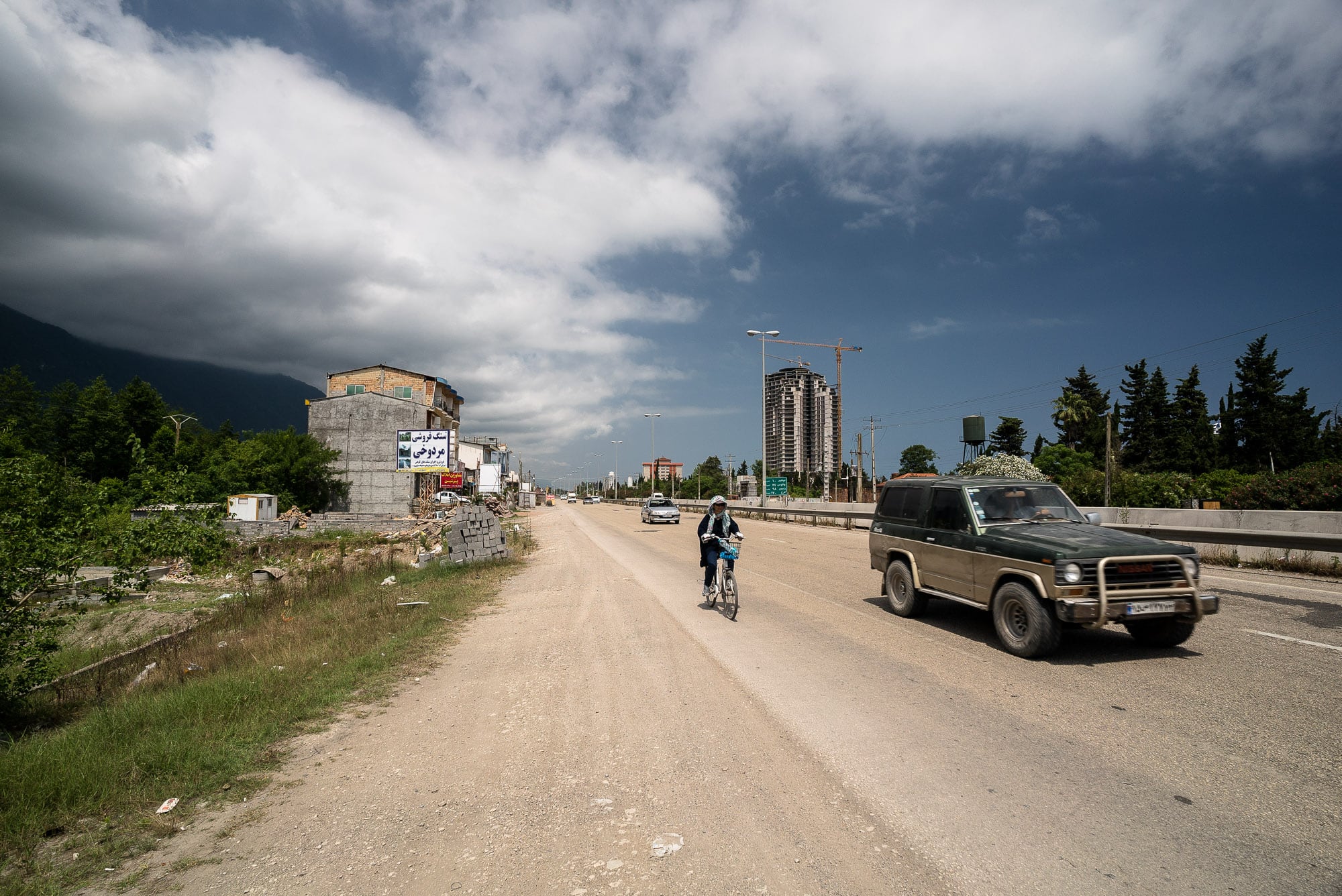 From what I understand this is forbidden in most other parts of the country, where women must always have a male companion present when they’re riding a bike.

Either way I still hated the highway: 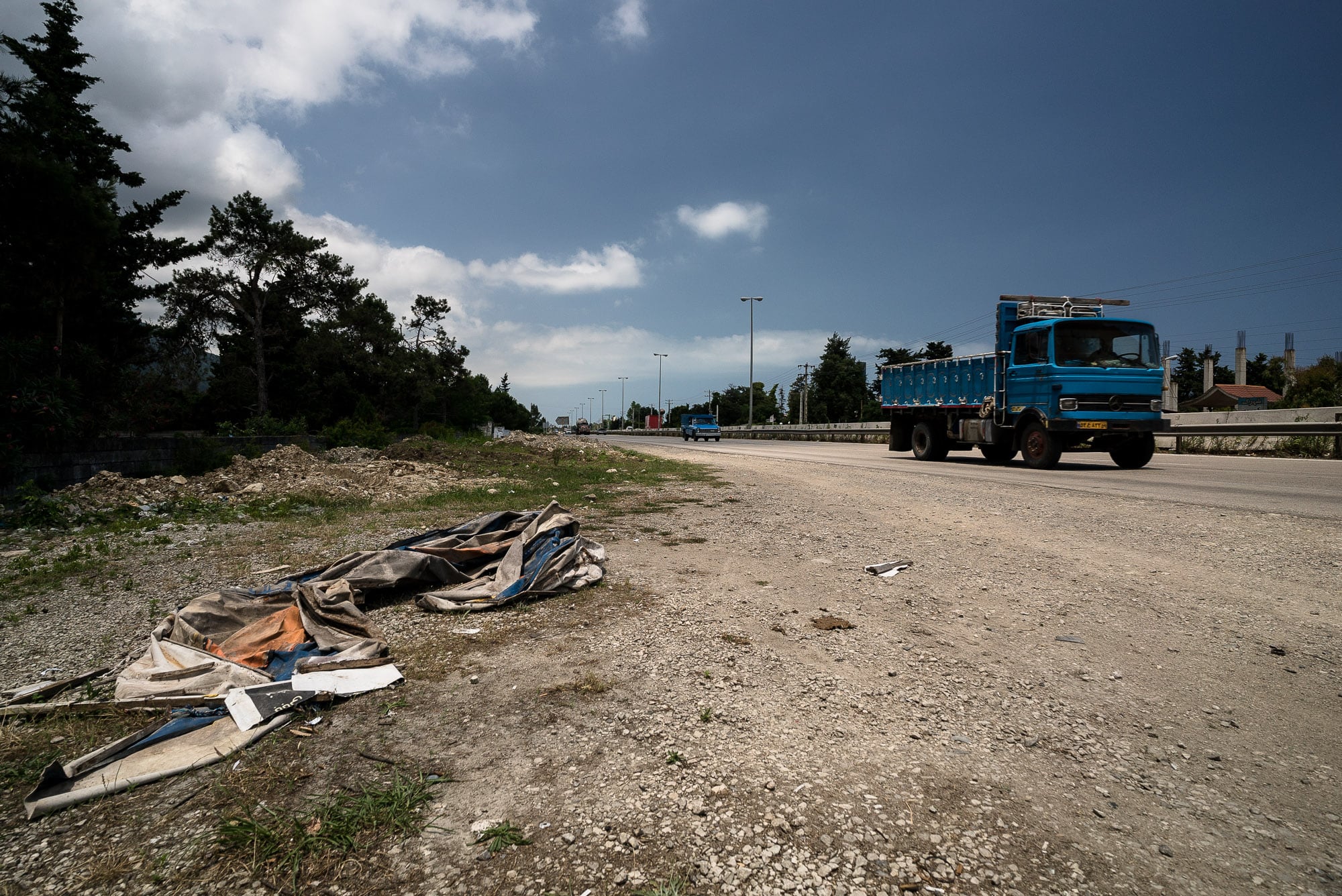 And still the most recurring images I saw were people selling clothes on the roadside: 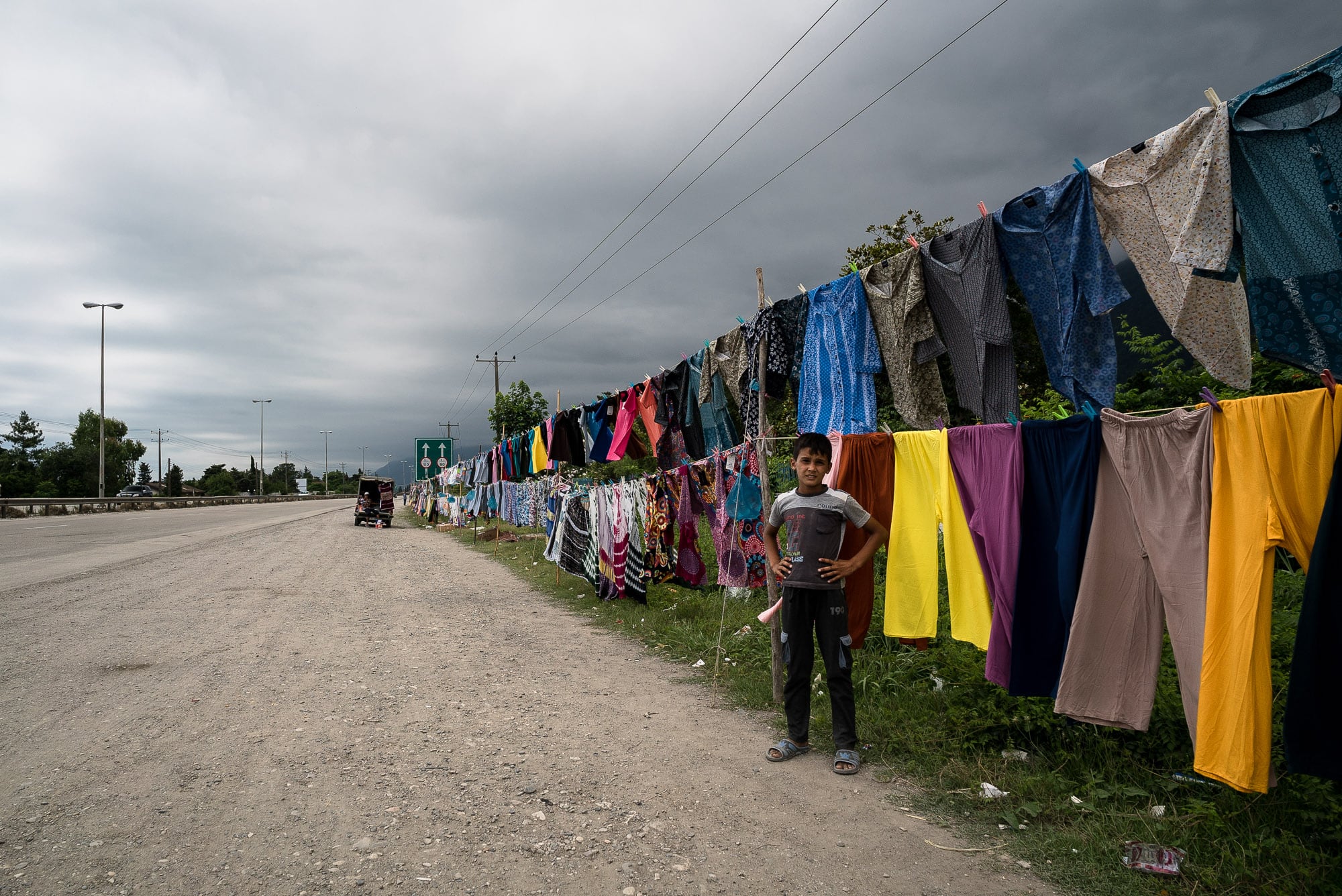 And still the local houses were either massive villas… 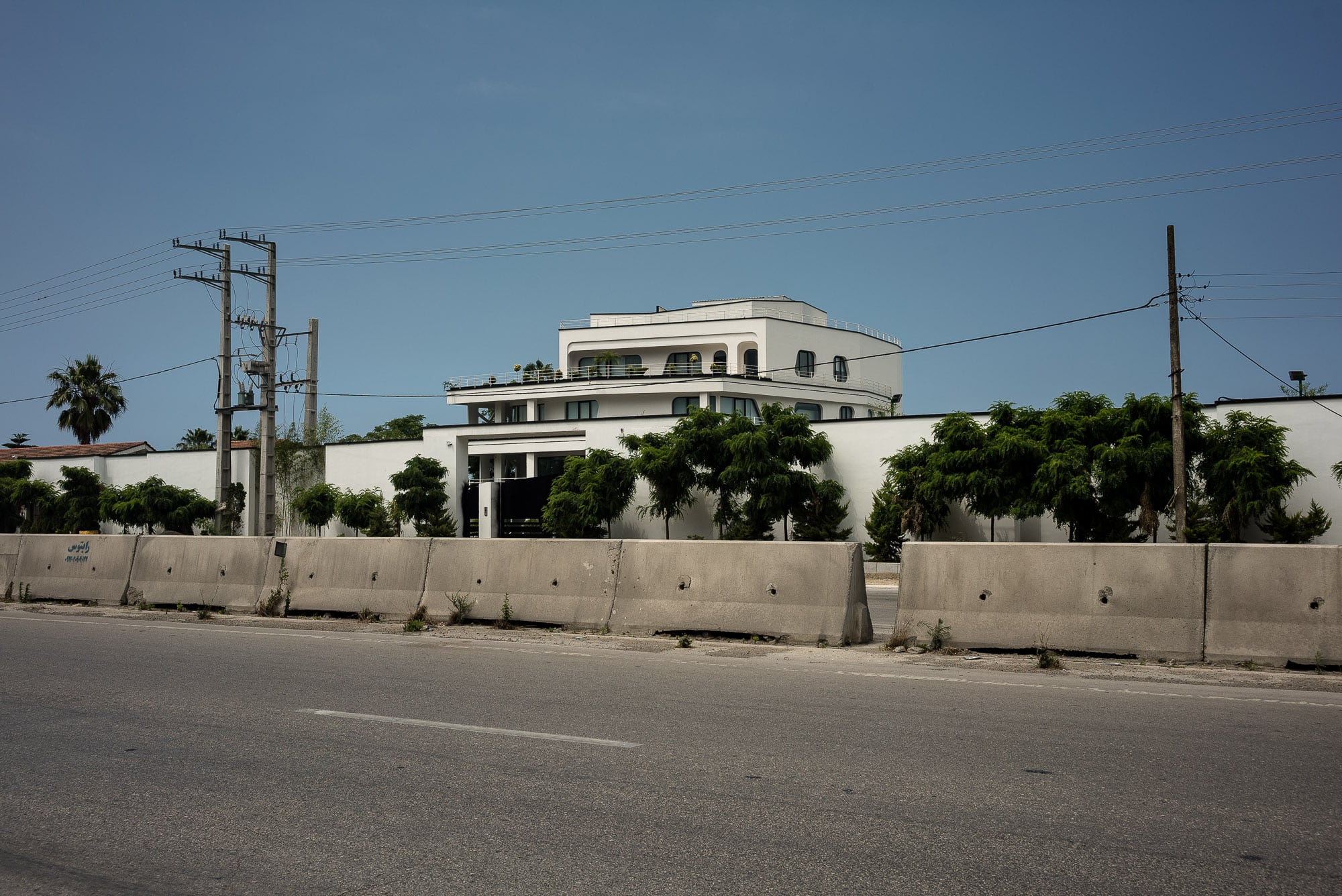 …or they looked like they were about to be overgrown: 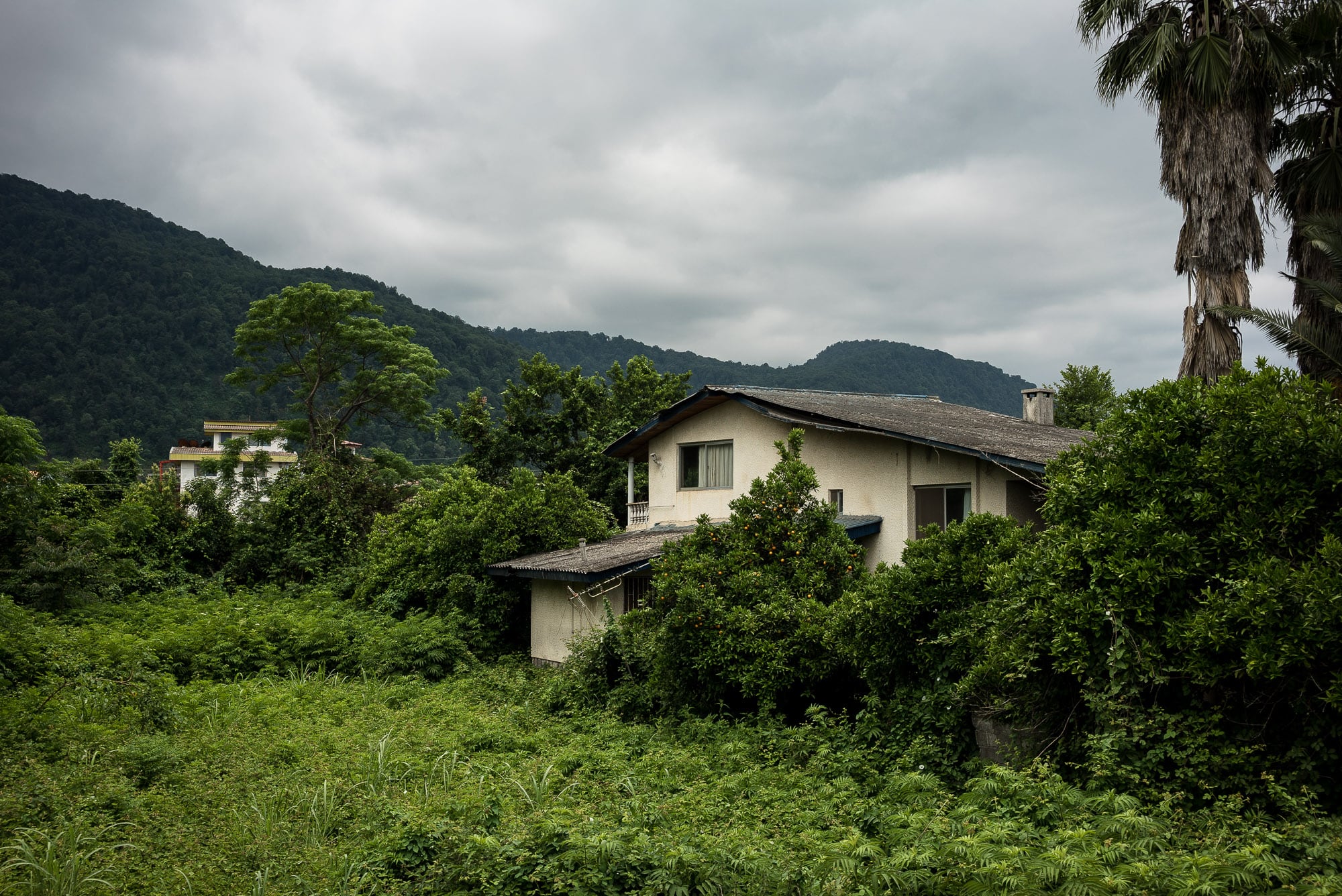 I found a little bit of joy in inspecting some of the parked trucks: 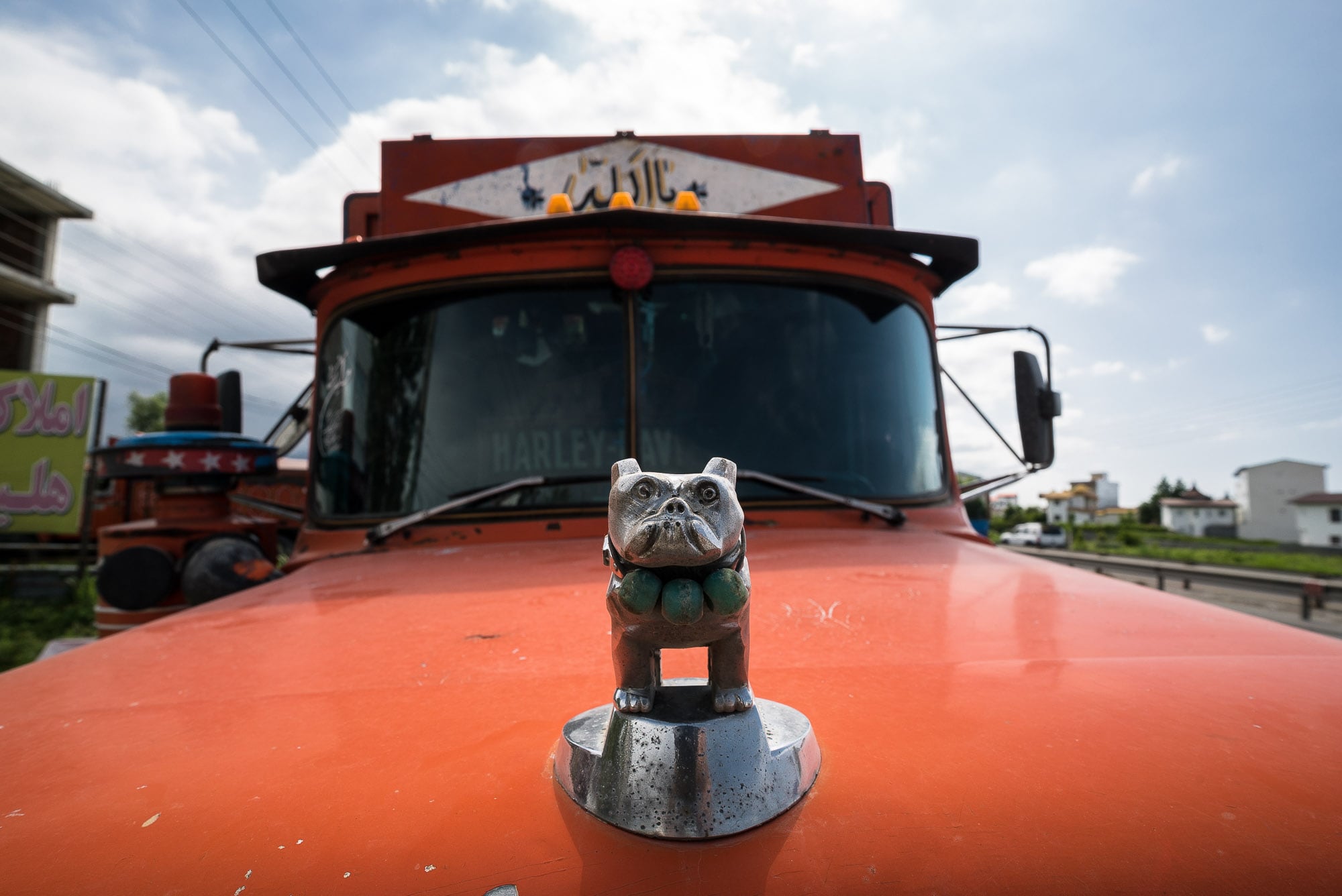 But when they were thundering down the road next to me, I hated them: 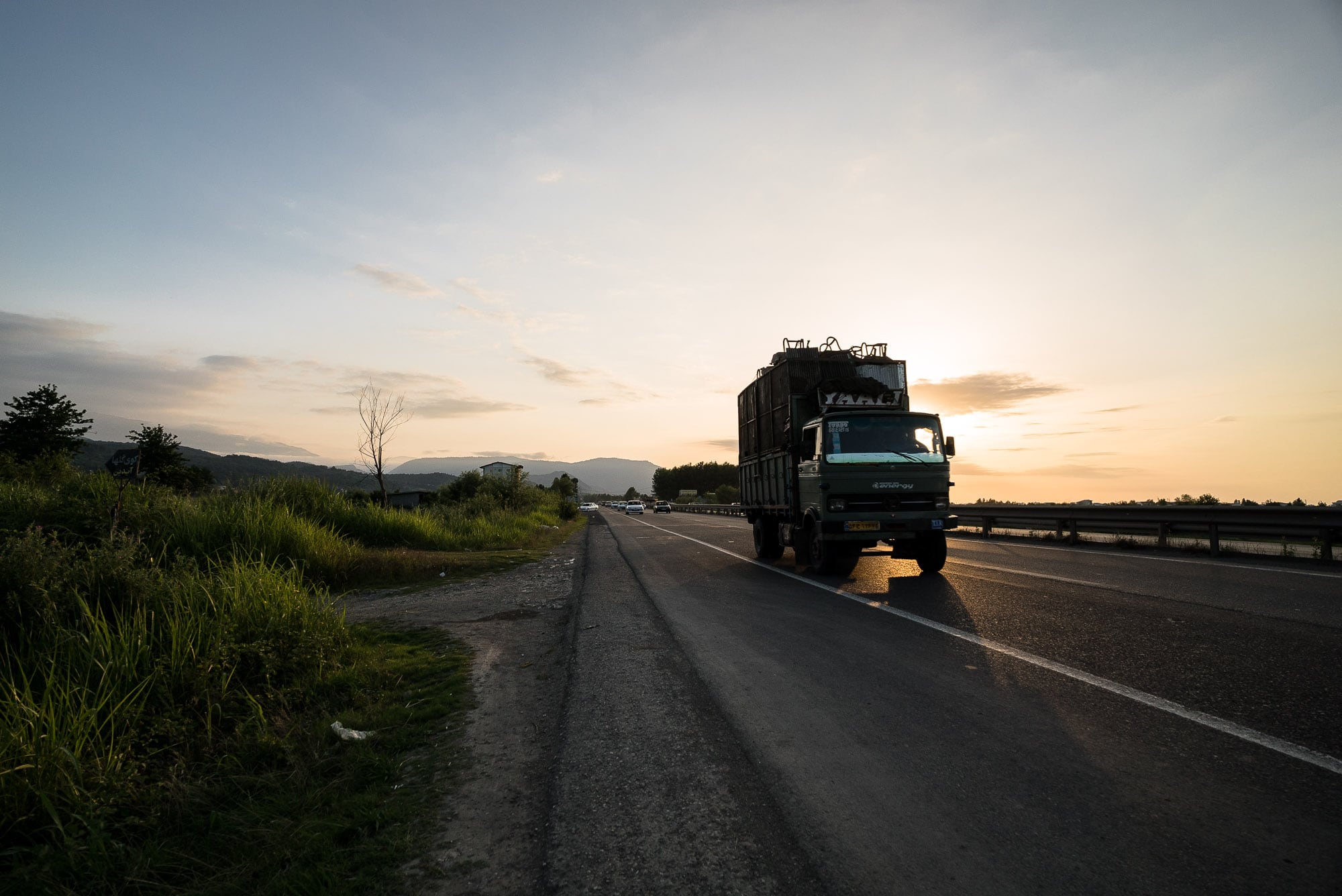 It was around the 25k-mark that I was finally able to leave the highway and take a little road through the outskirts of Chalus. Someone had drawn a sad Mohamad K: 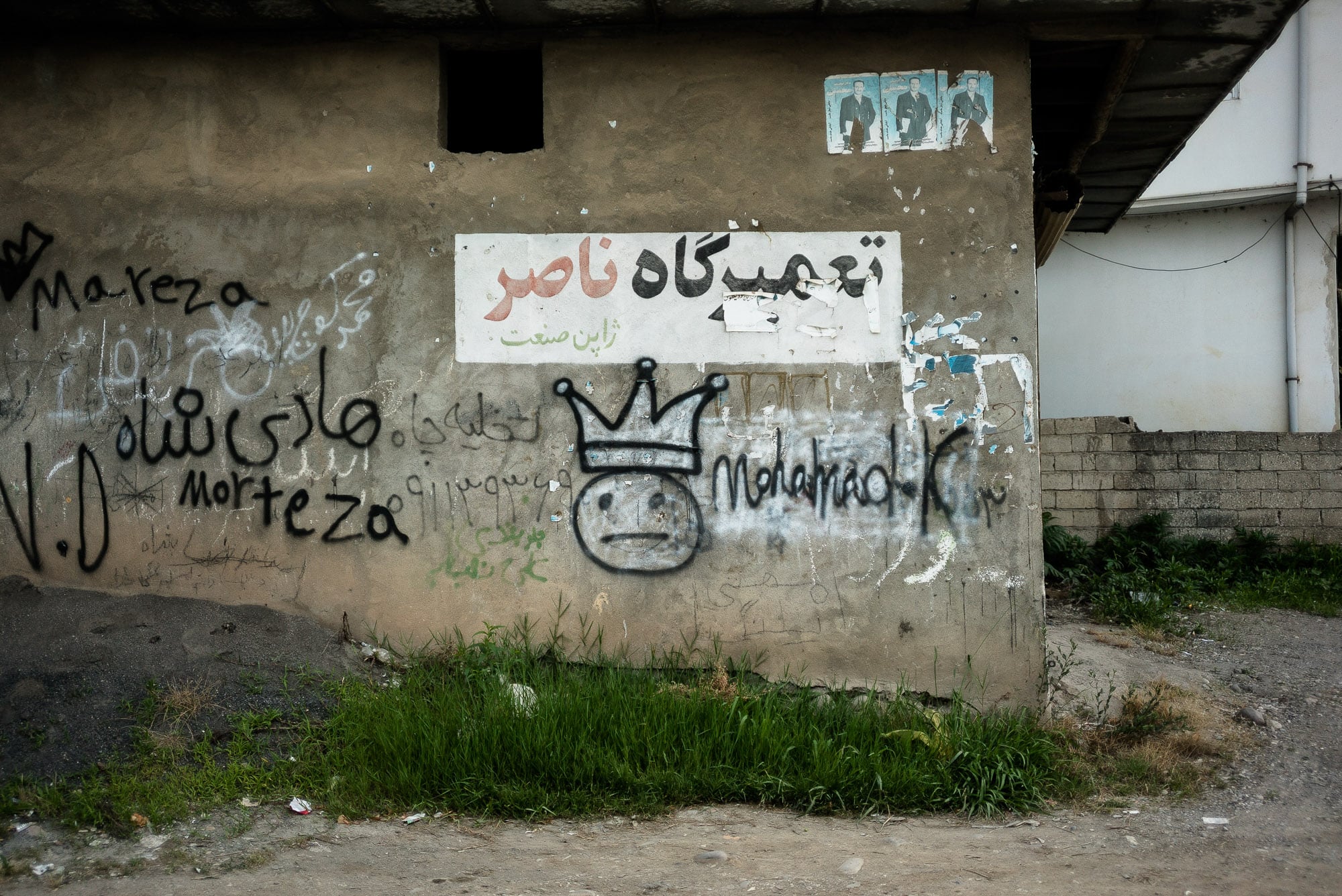 Who was Mohamad K, and why was he so sad? I would never know.

What I did know, though, was that this little road was helping to slowly restore some of my sanity: 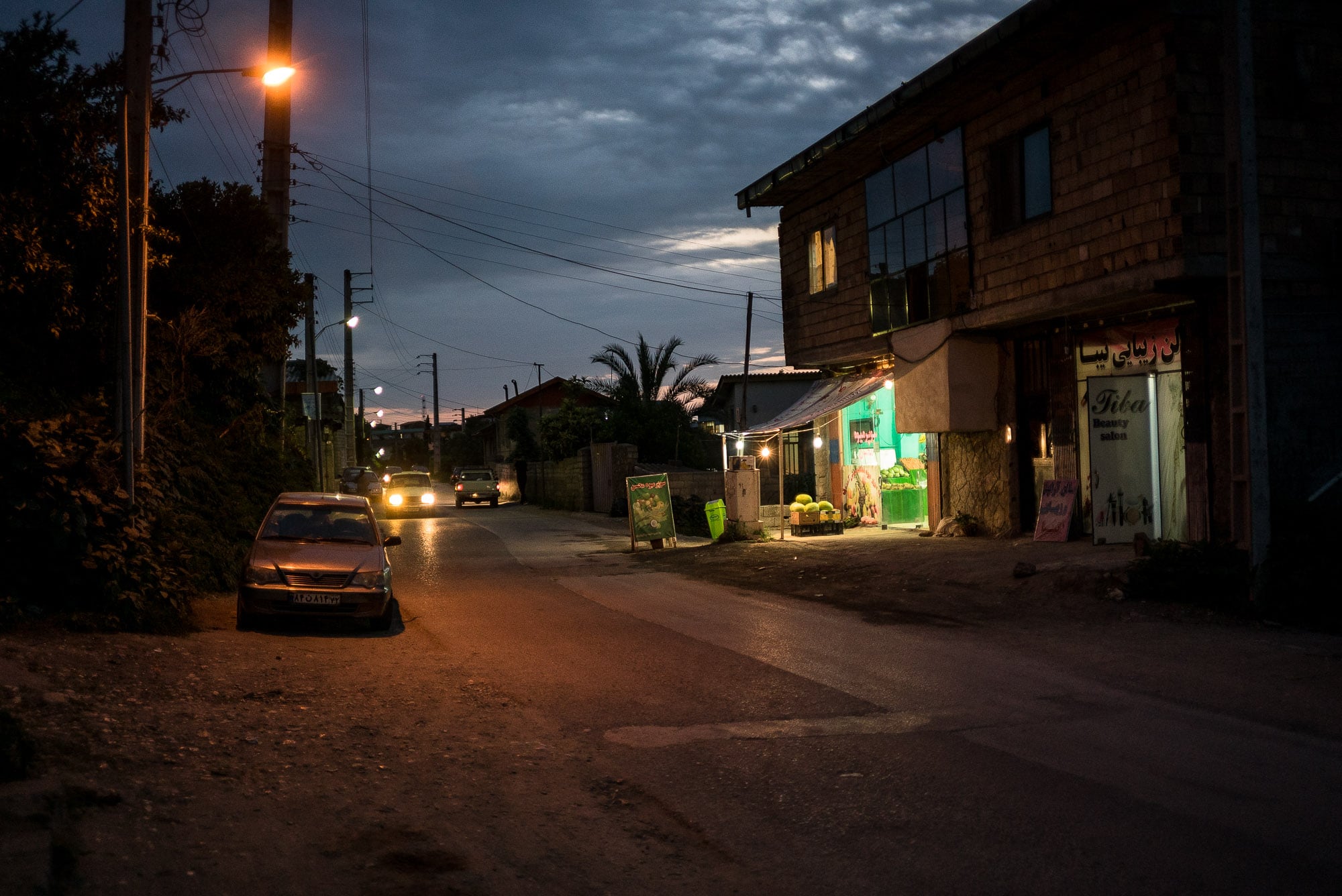 There were even moments when it was absolutely quiet: 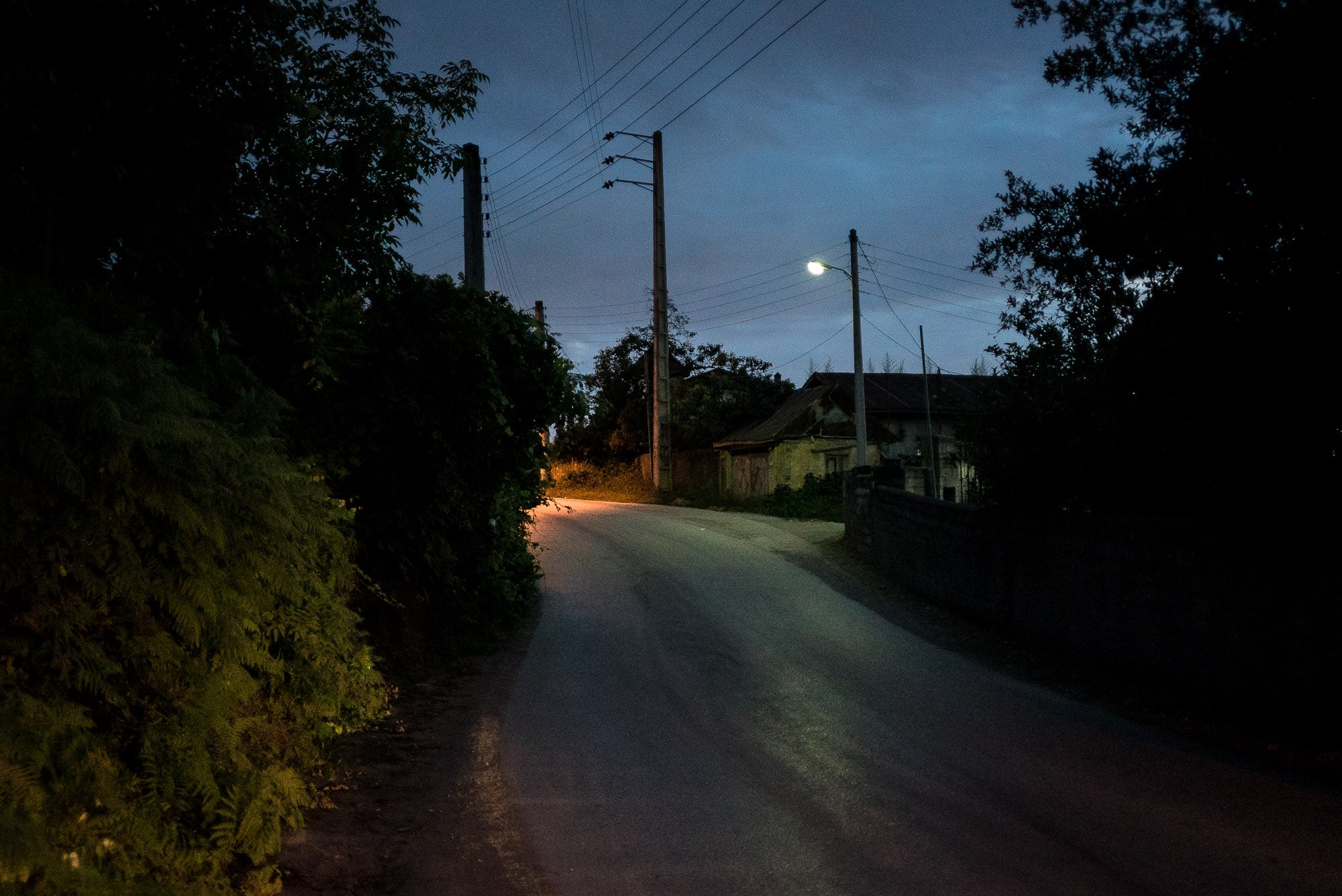 When I reached the center of Chalus, the Caboose broke down and I had to change the tire. But I wasn’t angry about it. I walked slowly past a bazaar and some people selling melons: 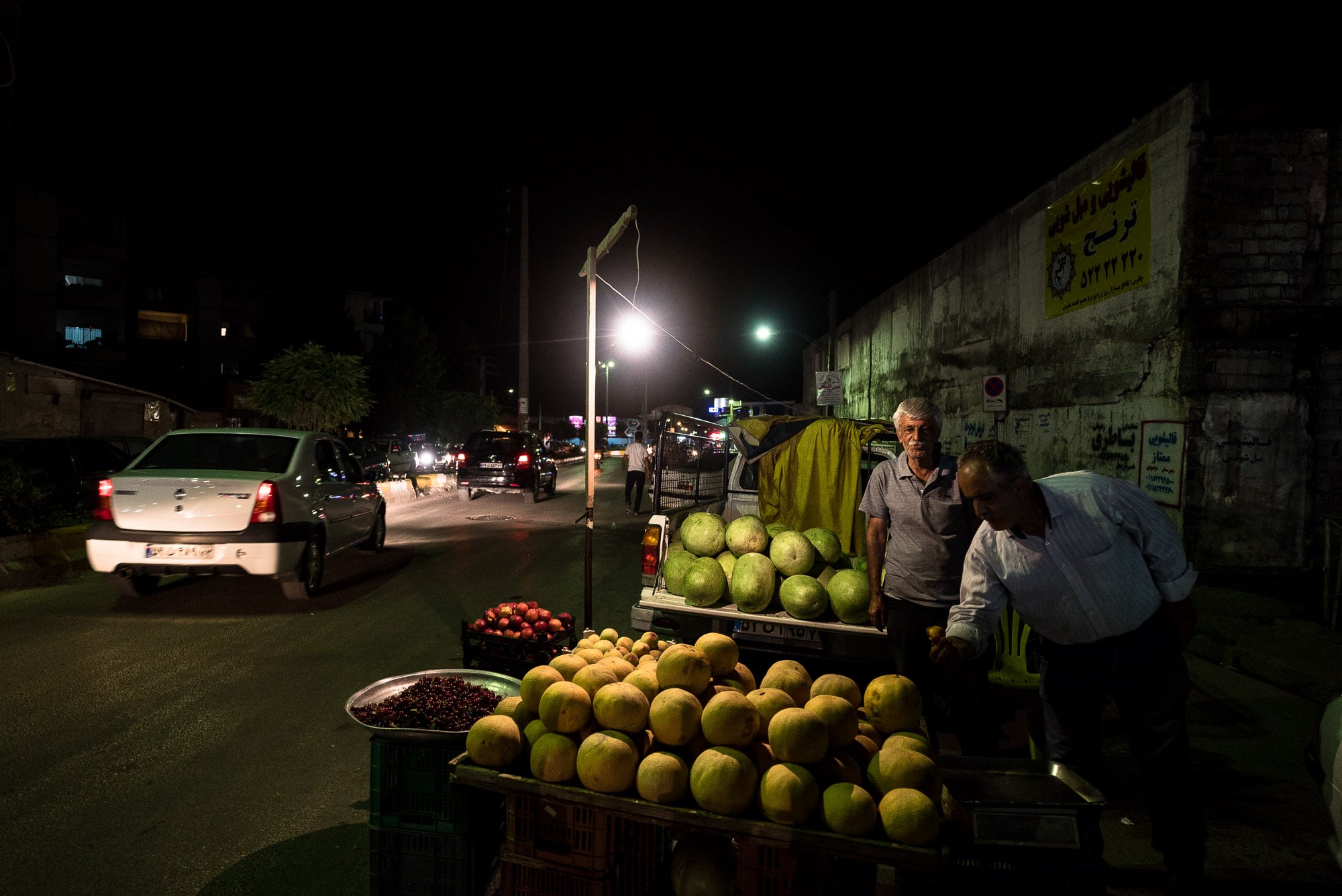 And I felt nothing but tiredness.

Day 1147
from Chalandar to Chalus