Babolsar was one of the prime tourist destinations in this part of the country. So it was crowded. In fact it swarmed with people, and I was told that many of them were from the area of Mashhad, where I had been just a few months earlier. It felt only logical that people from a place so dry would flock to the seashore here.

I needed to get some work done, though. The photo book that we had published six years earlier was going to come out as a new edition, so I needed some time to review and edit.

I decided to walk to Fereydunkenar, a little beach town in the west of Babolsar.

The first thing I saw was a pet shop: 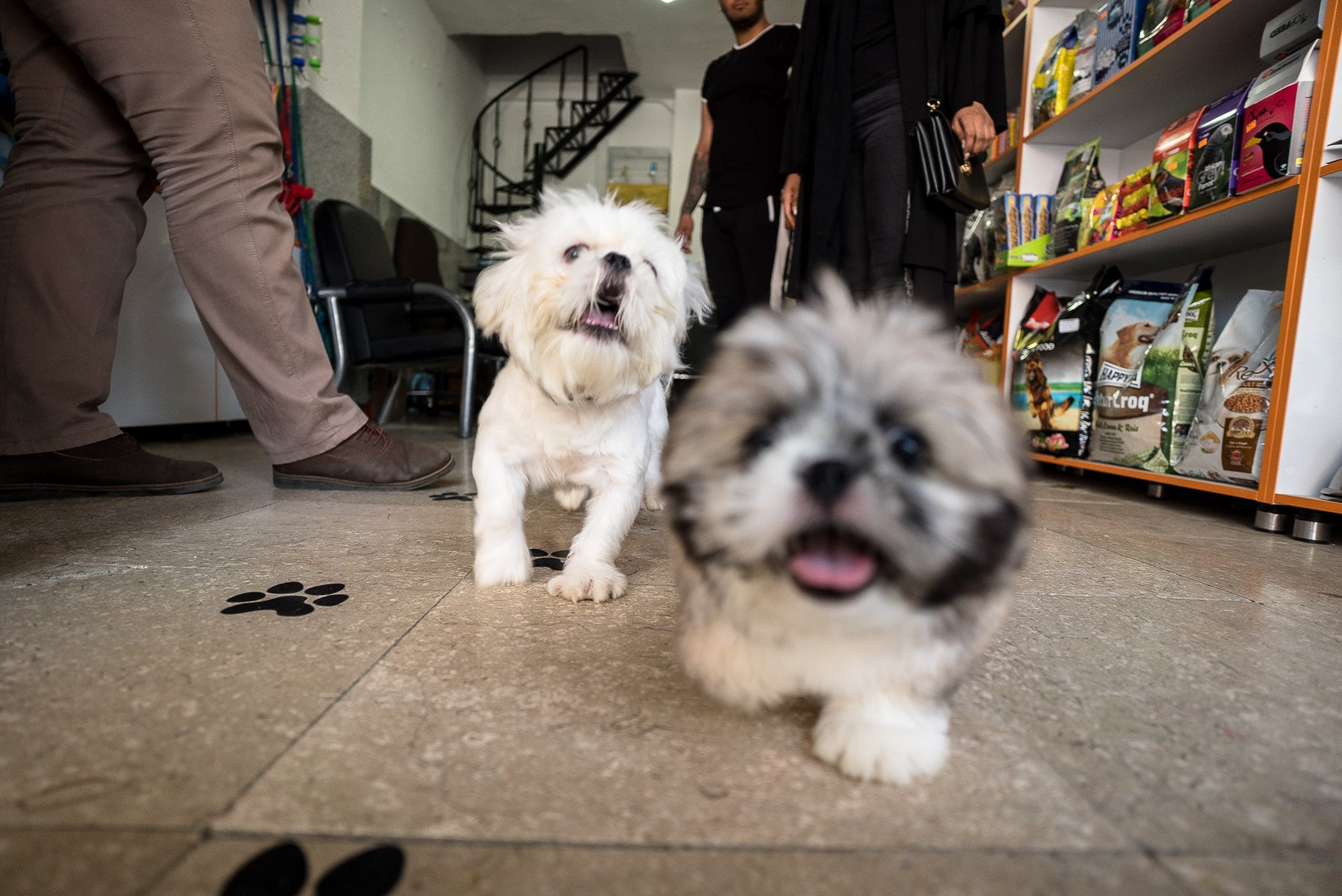 This seemed interesting to me because dogs are generally viewed as unclean in Islam, and the Islamic Republic of Iran frowns upon them. There are guard dogs, shepherd dogs, and stray dogs all over the place. But dogs as pets that are being kept in the house are a relatively rare thing.

Oh, and then I found this: 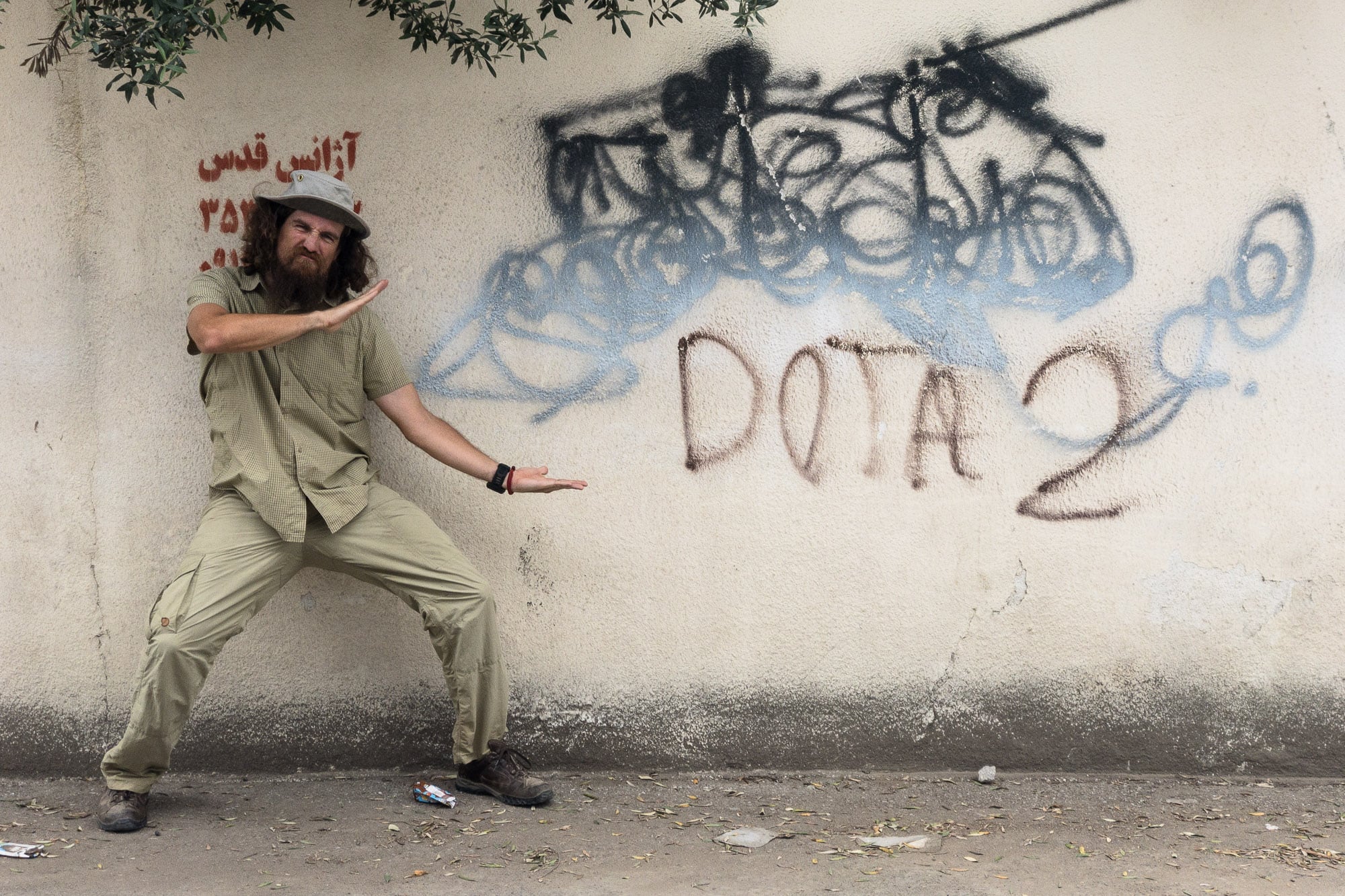 Dota 2 in Iran, eh? Reminded me of the Dota Club I had seen in Bishkek a year earlier.

When I left Babolsar, I crossed one of the nicest bridges I had ever walked on with the Caboose: 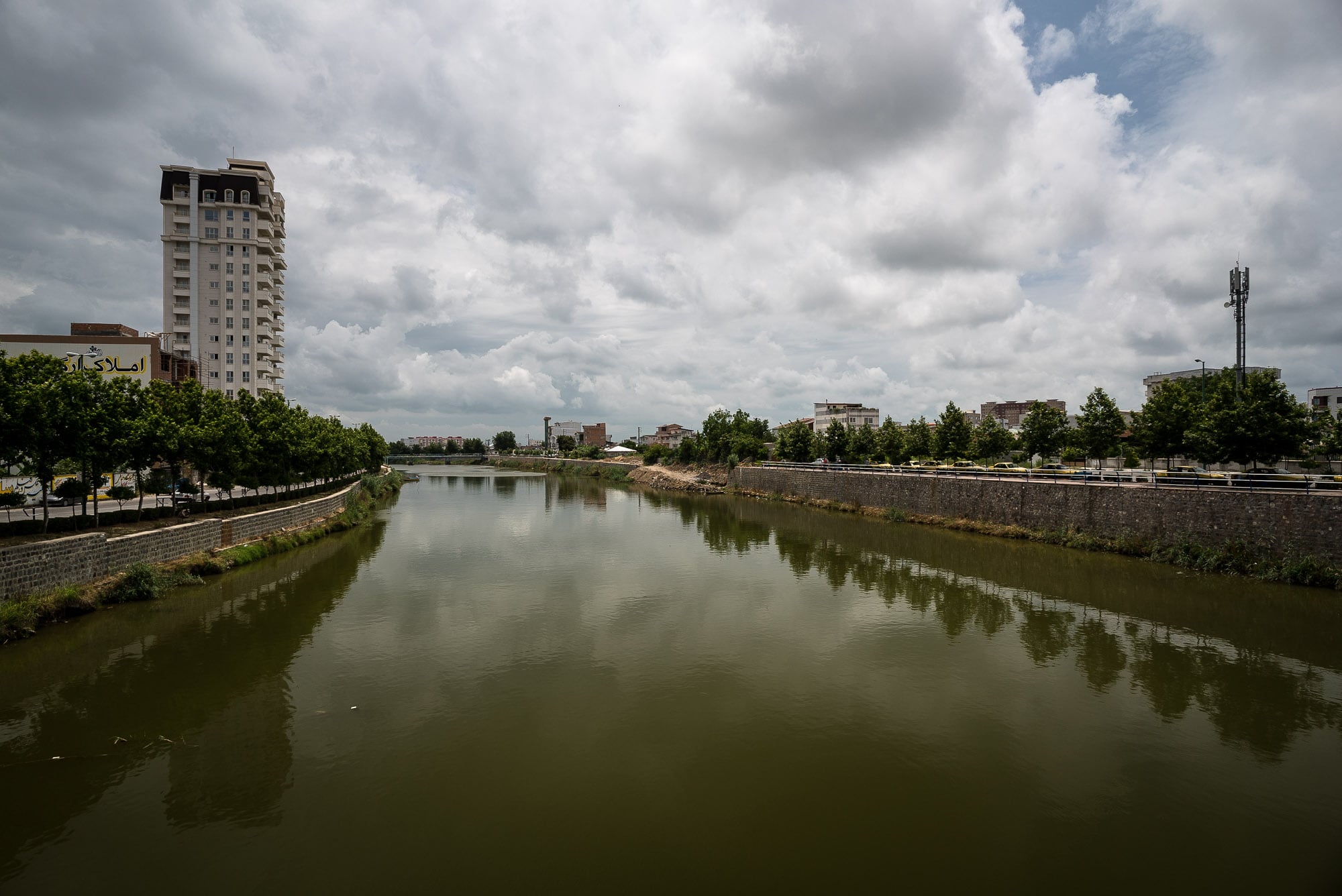 This sentence seems to a bit pointless without a picture, but you can check it out in the video. The bridge had a sidewalk! With a railing! And it was wide enough for the Caboose!

After this it was a highway that never really seemed to leave town: 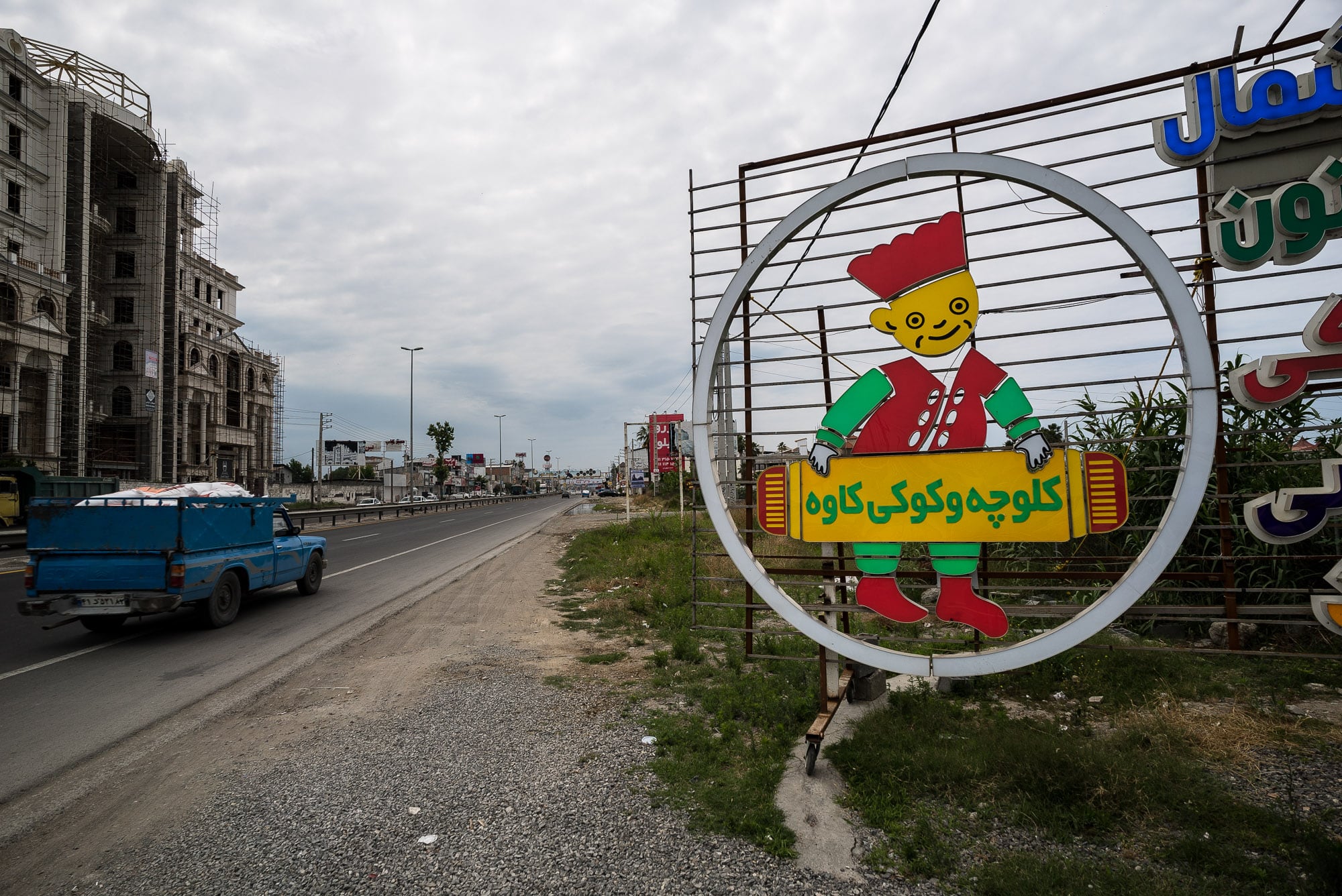 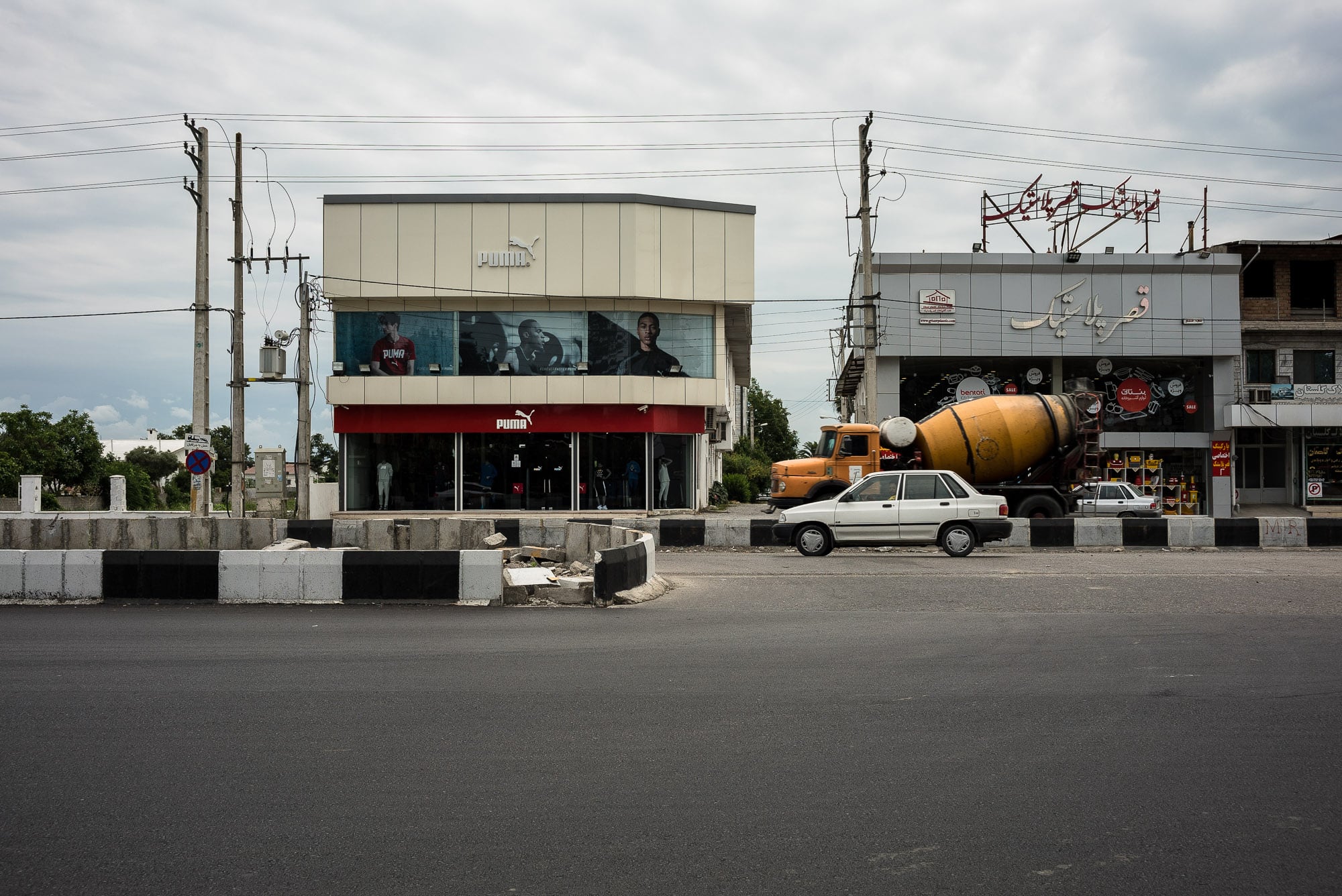 And sometimes people didn’t even need a shop in order to sell stuff: 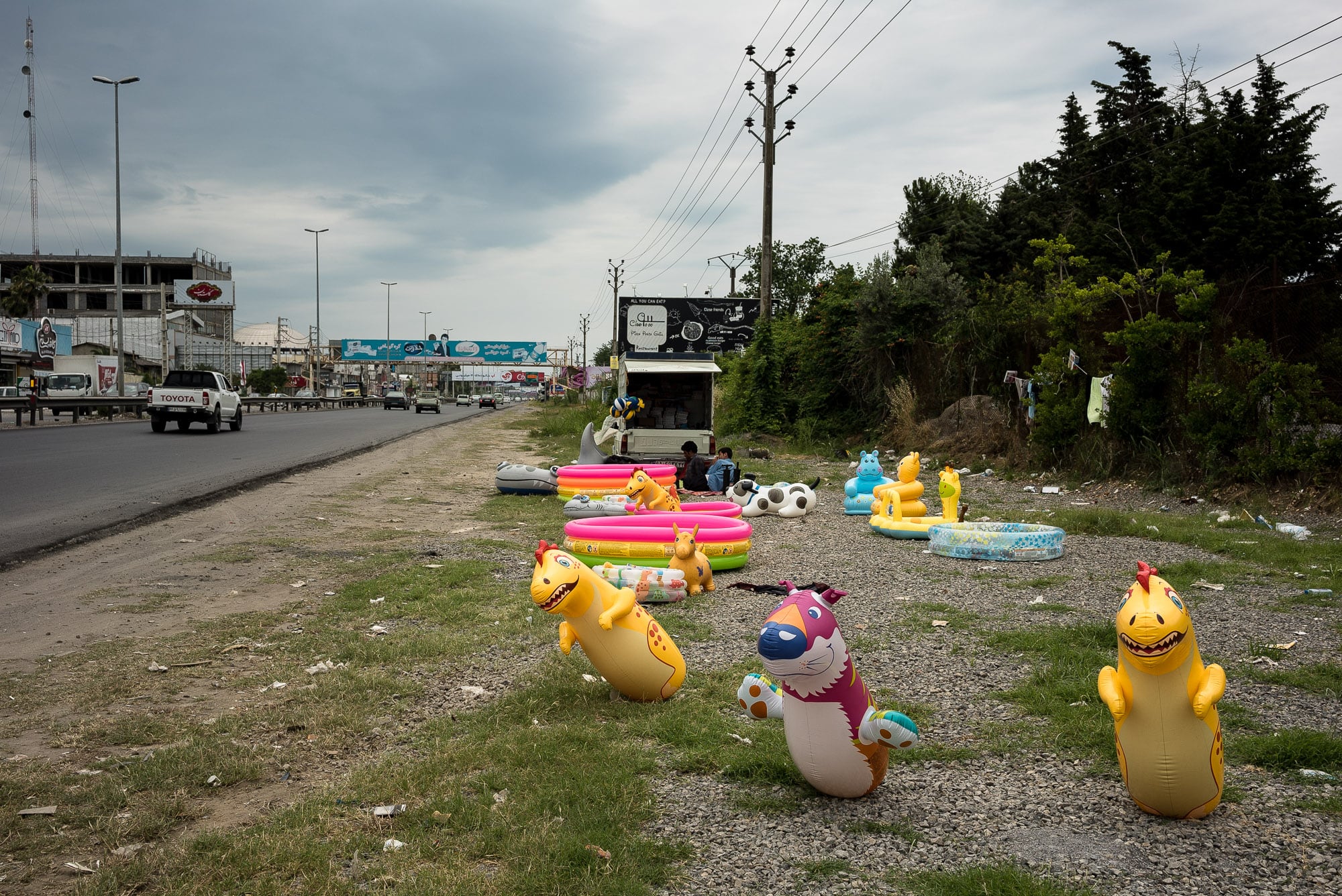 There was a strange, very 1950s-American looking restaurant: 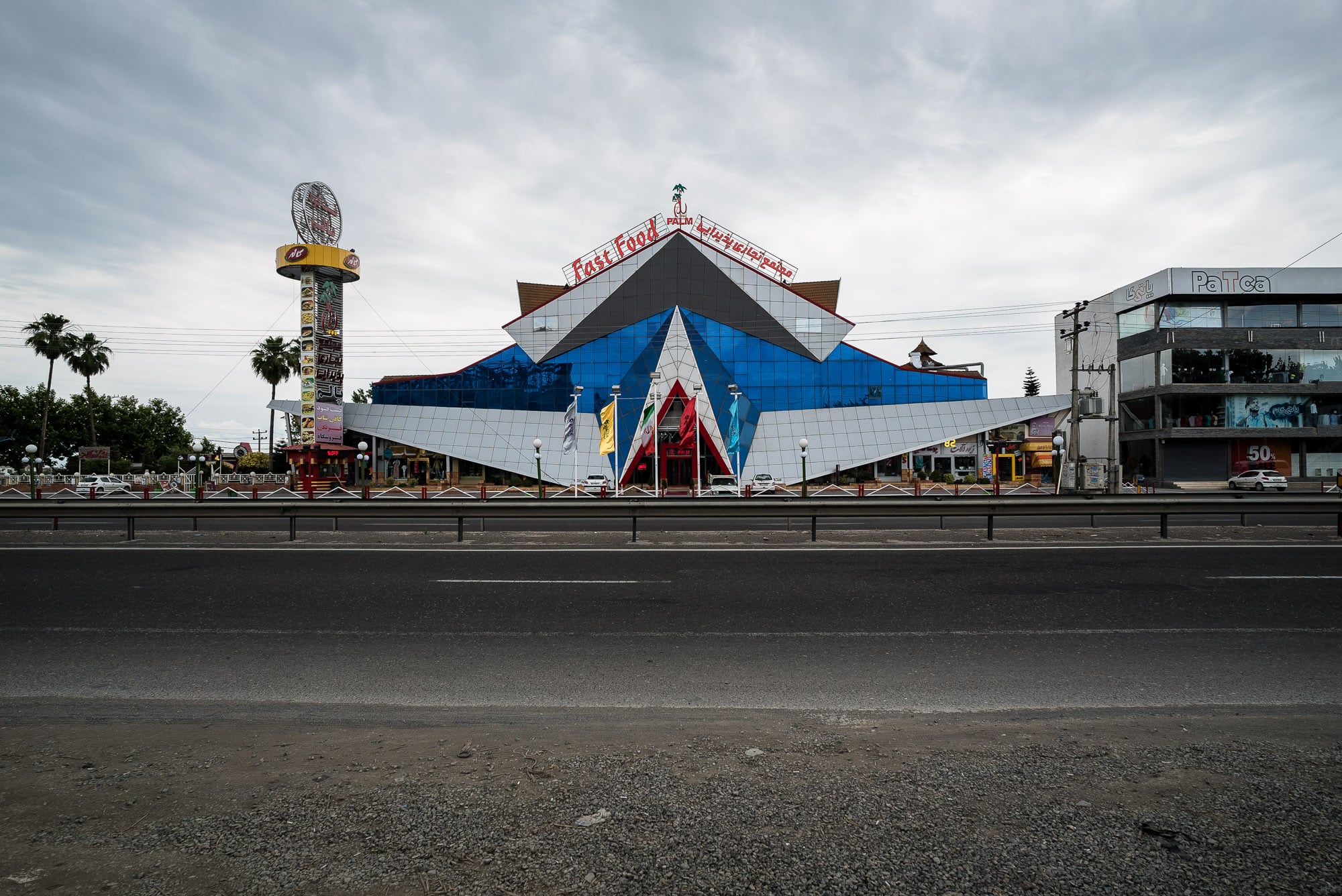 And one time there was rain: 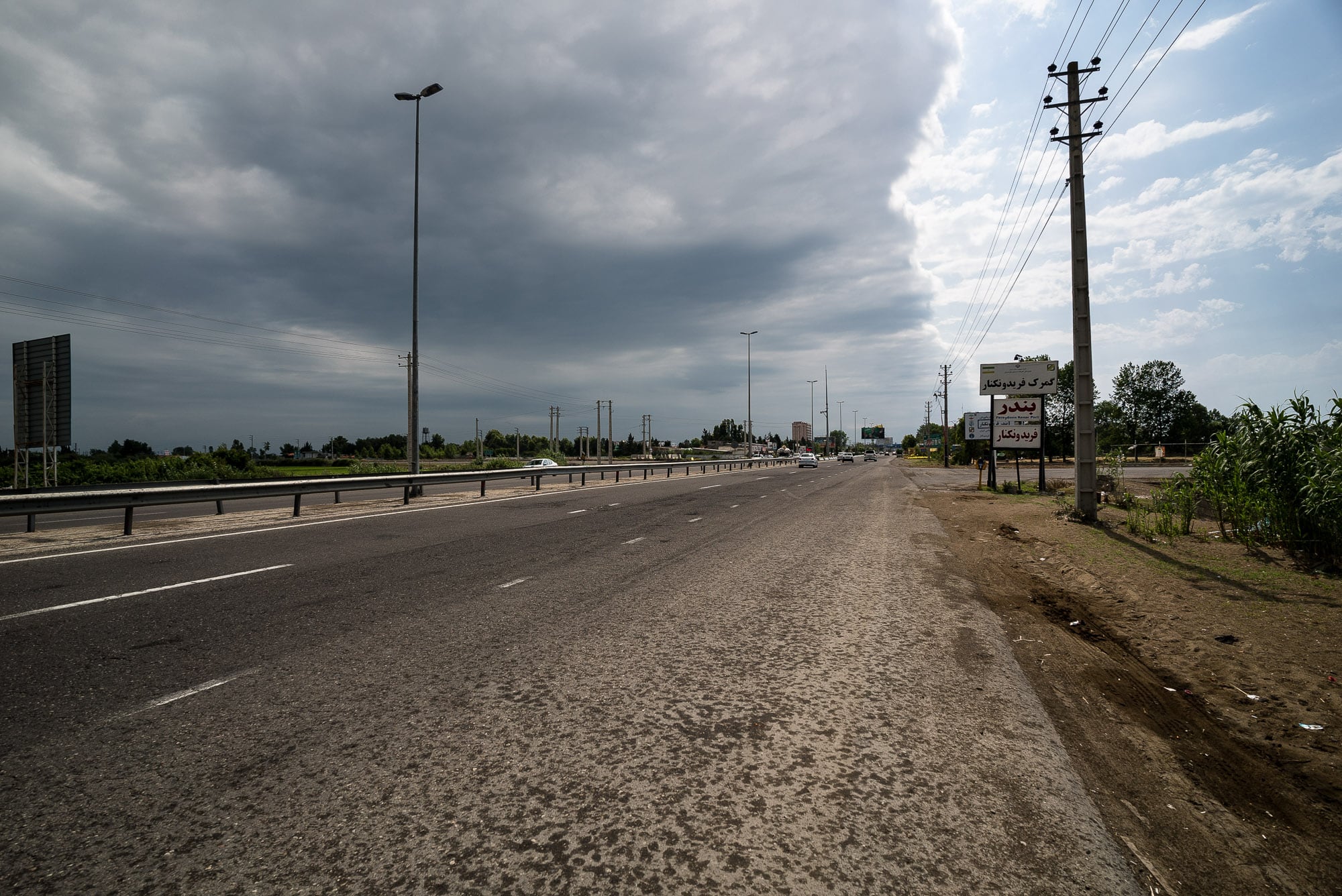 When I reached Fereydunkenar, it took me a bit to find a place to stay. The first hotel was too expensive, the people at the second hotel told me that it wasn’t really a hotel. But I eventually found a place somewhere down the street: 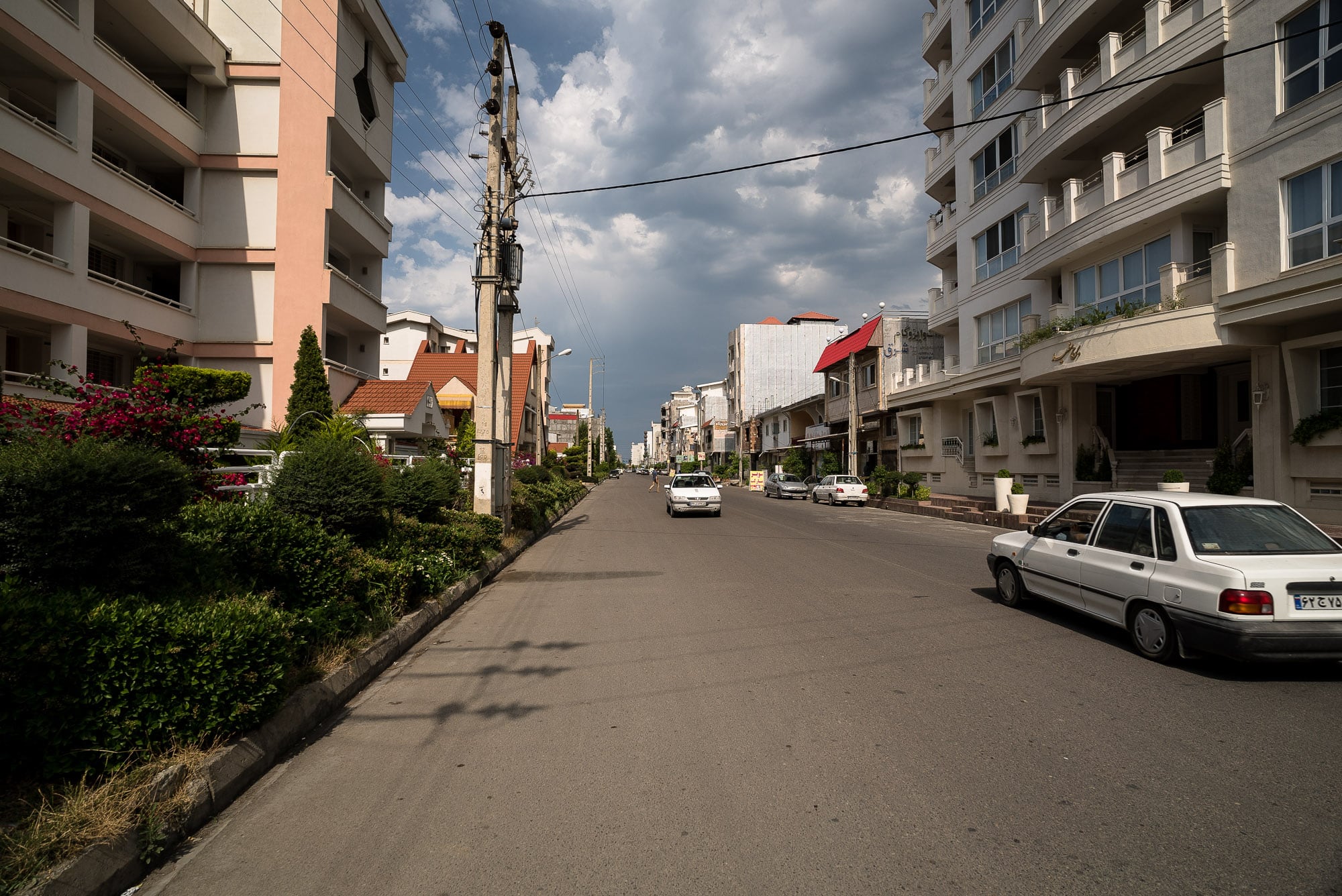 It was a place called “Motel Palm”, and when I arrived, the owner gave me a room and then handed me this: 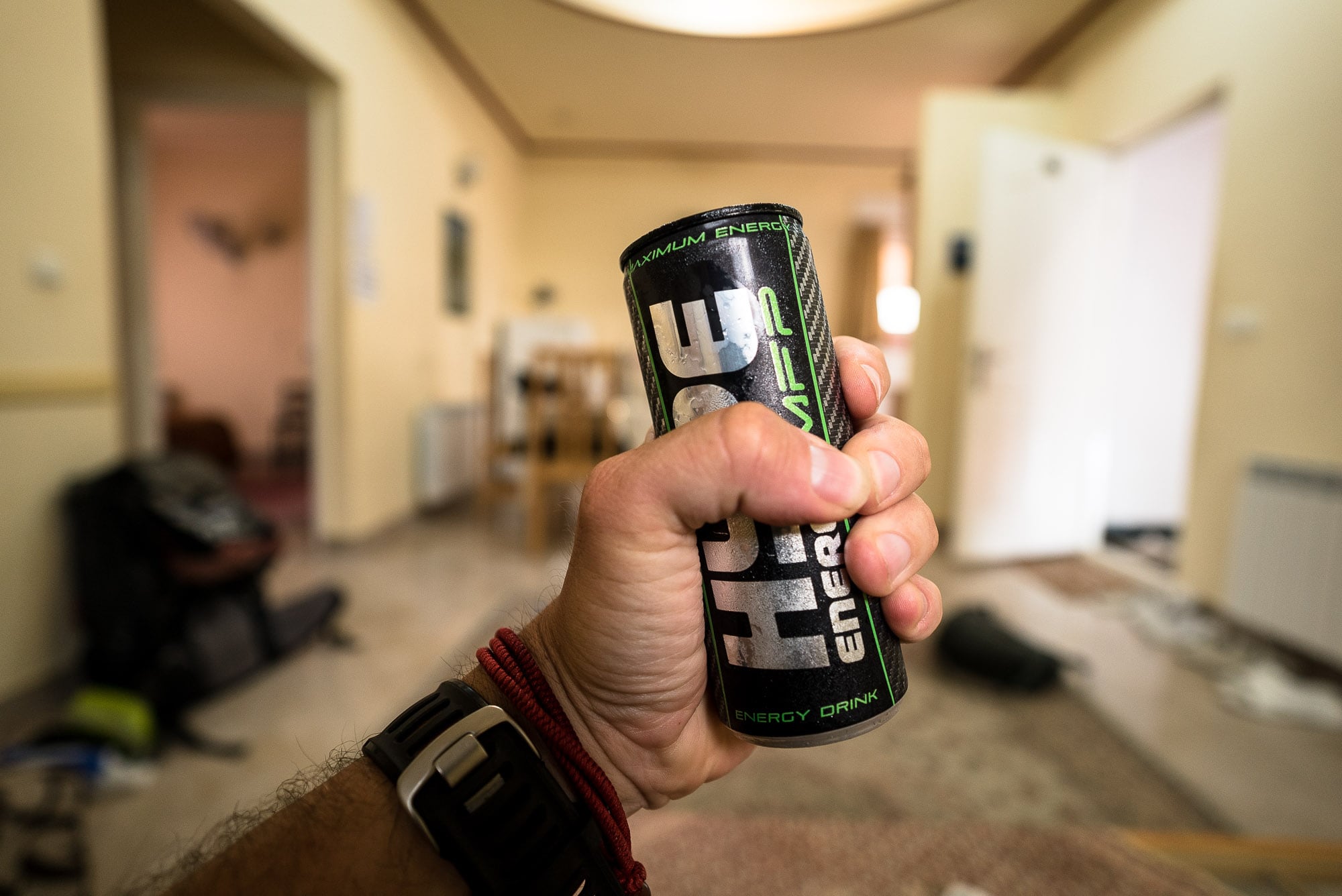 It was called “Hype”, and it was very cold.

Day 1136
from Babolsar to Fereydunkenar