The motel was located right next to the beach. And I mean literally right next to it. It was even closer to the Caspian Sea than the sanatorium in Kaji-Say had been to lake Issyk-kul one year earlier.

When I wanted to go down to the beach, I would step out of my room and into the courtyard, walk ten steps to the gate, then another fifty steps, and there I was at the beach.

There weren’t that many people around, which I was happy about: 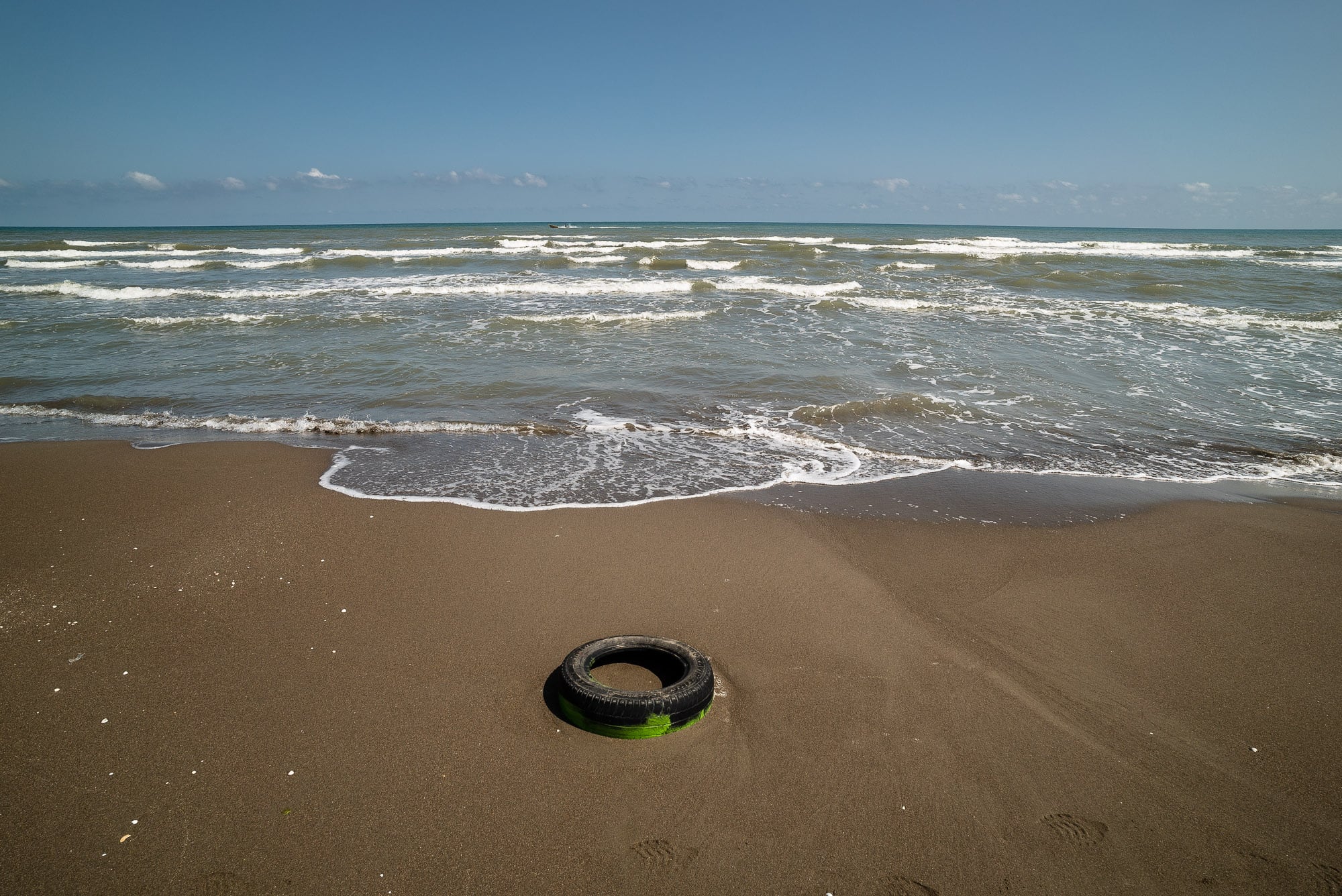 I noticed that some dudes went into the water wearing just their swim shorts, so I decided to do the same: 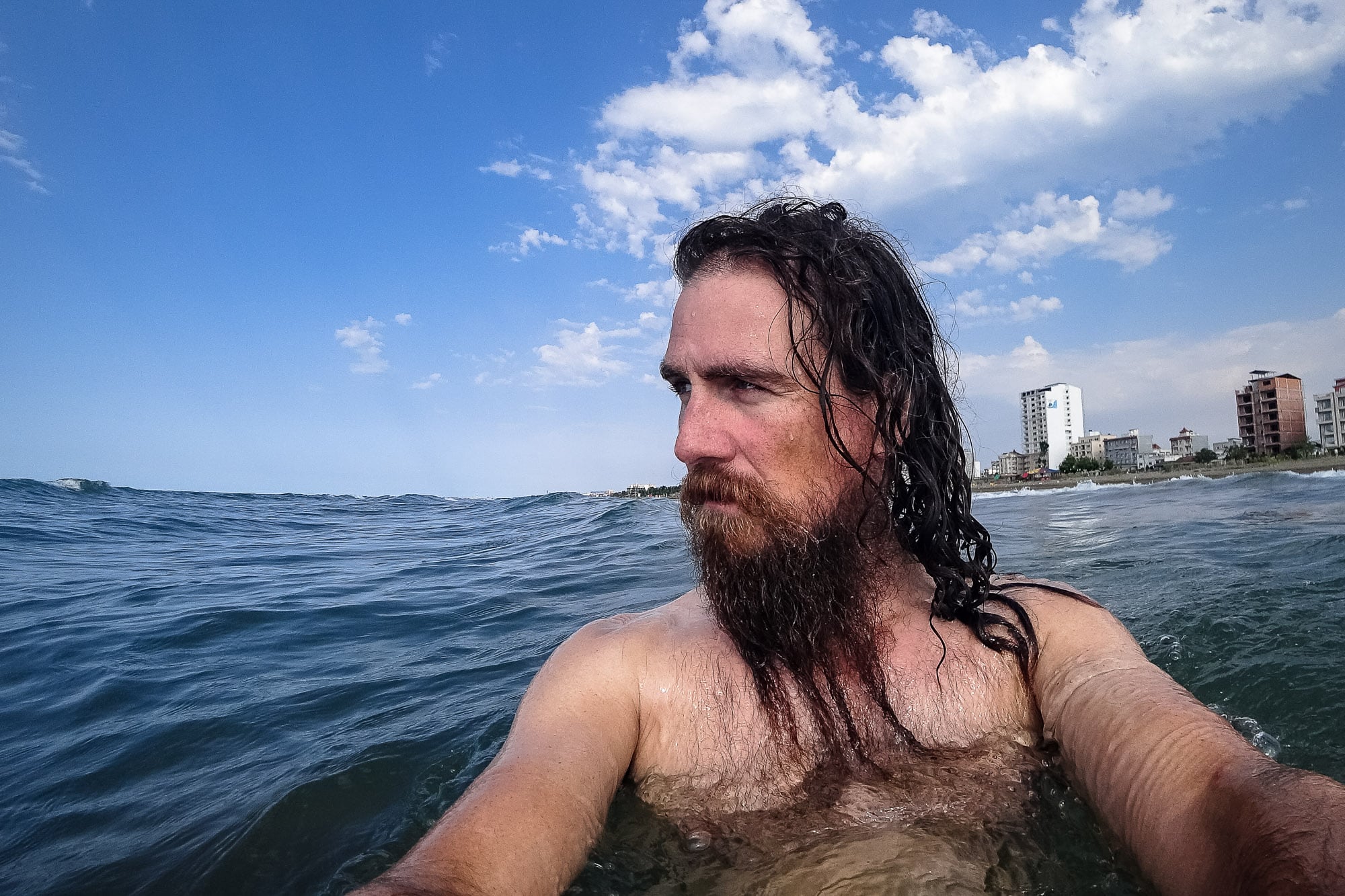 And it was good. I didn’t stay long though, because I had work to do.

A lot of work.