I needed to wax my shoes. So I went to a shop in the city and obtained the necessary tools: 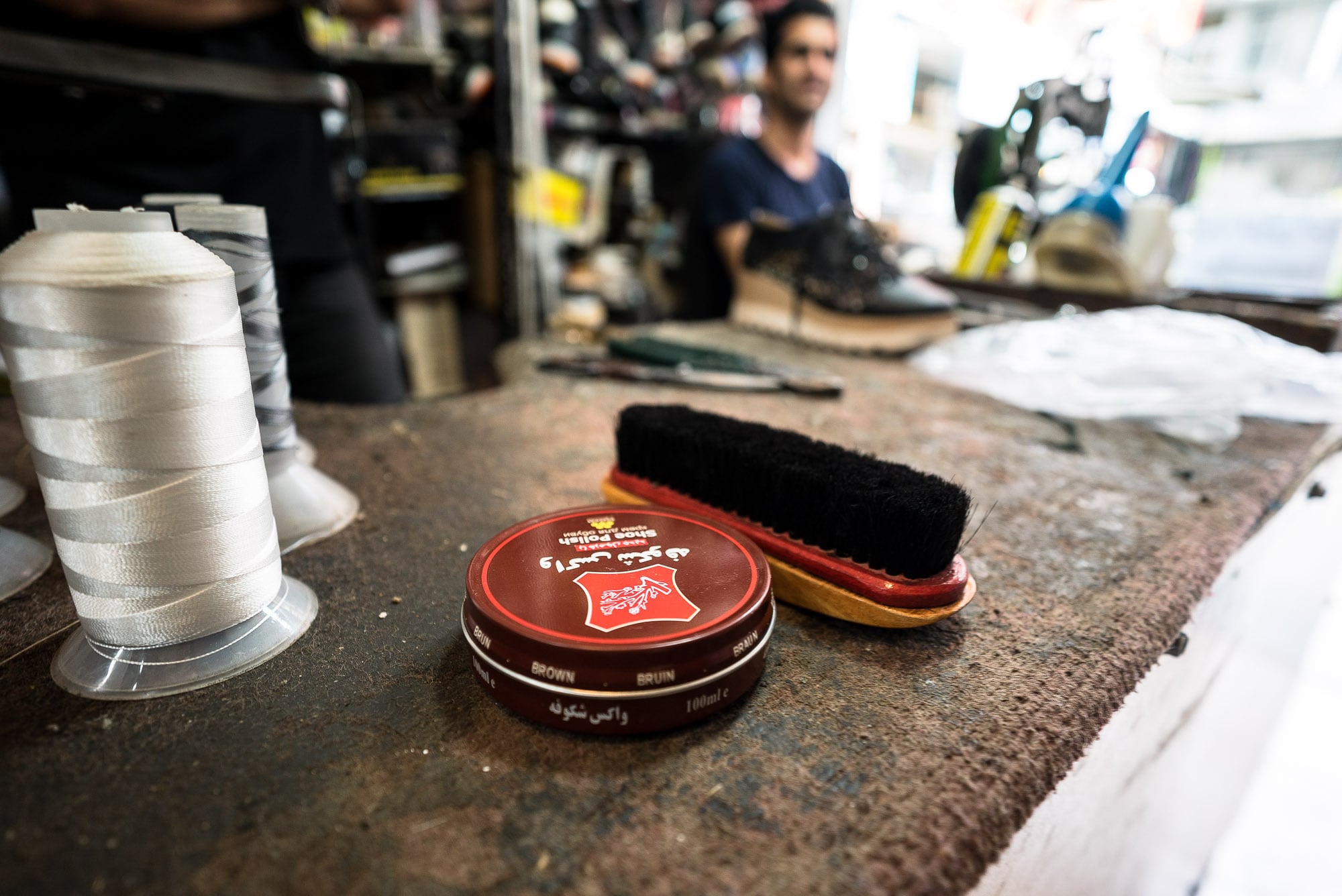 They had sewing machines from China: 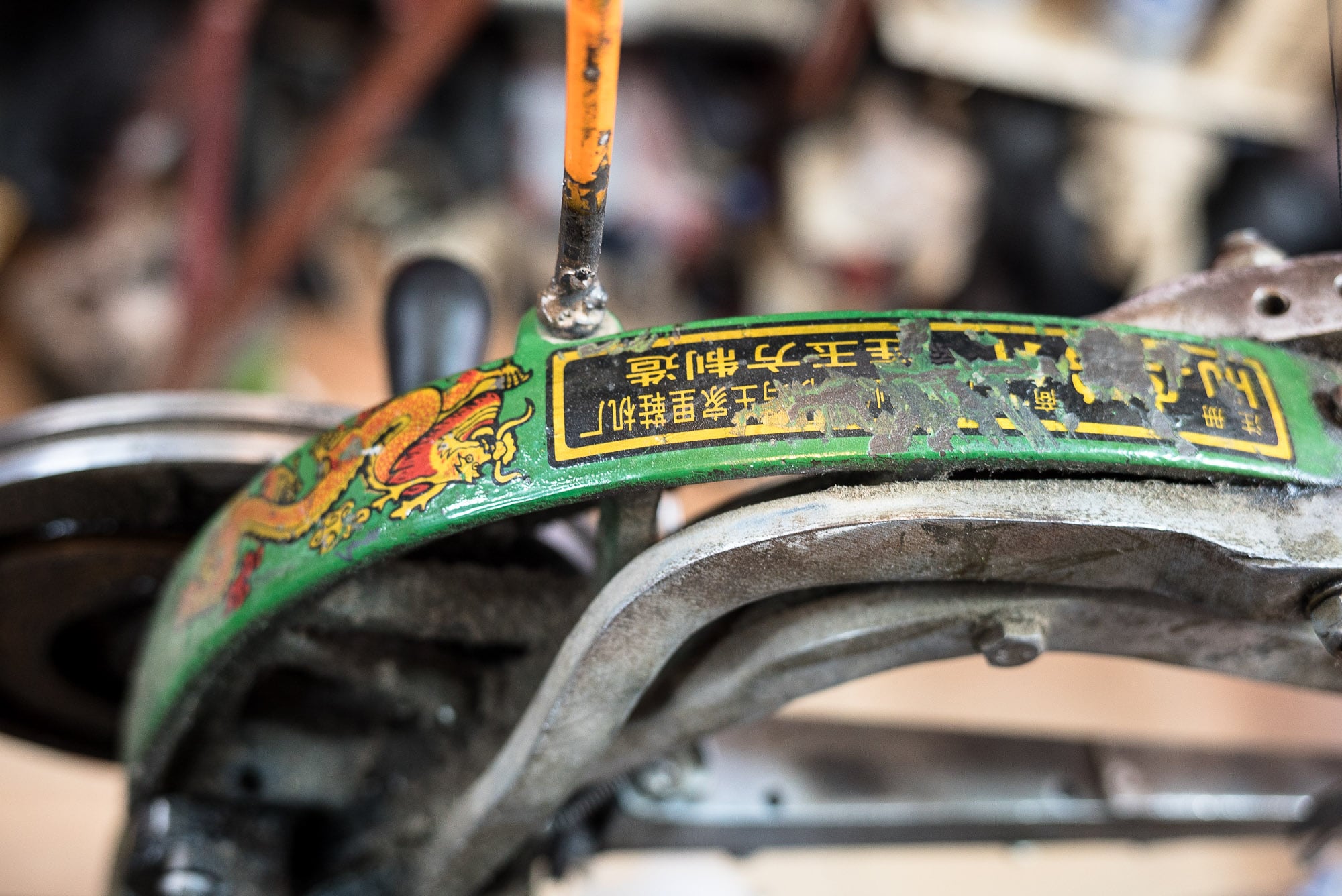 When I looked at them I felt a sting in my heart. Ever since I had left China almost two years earlier, a part of me had been missing it.

The tower was nice, though: 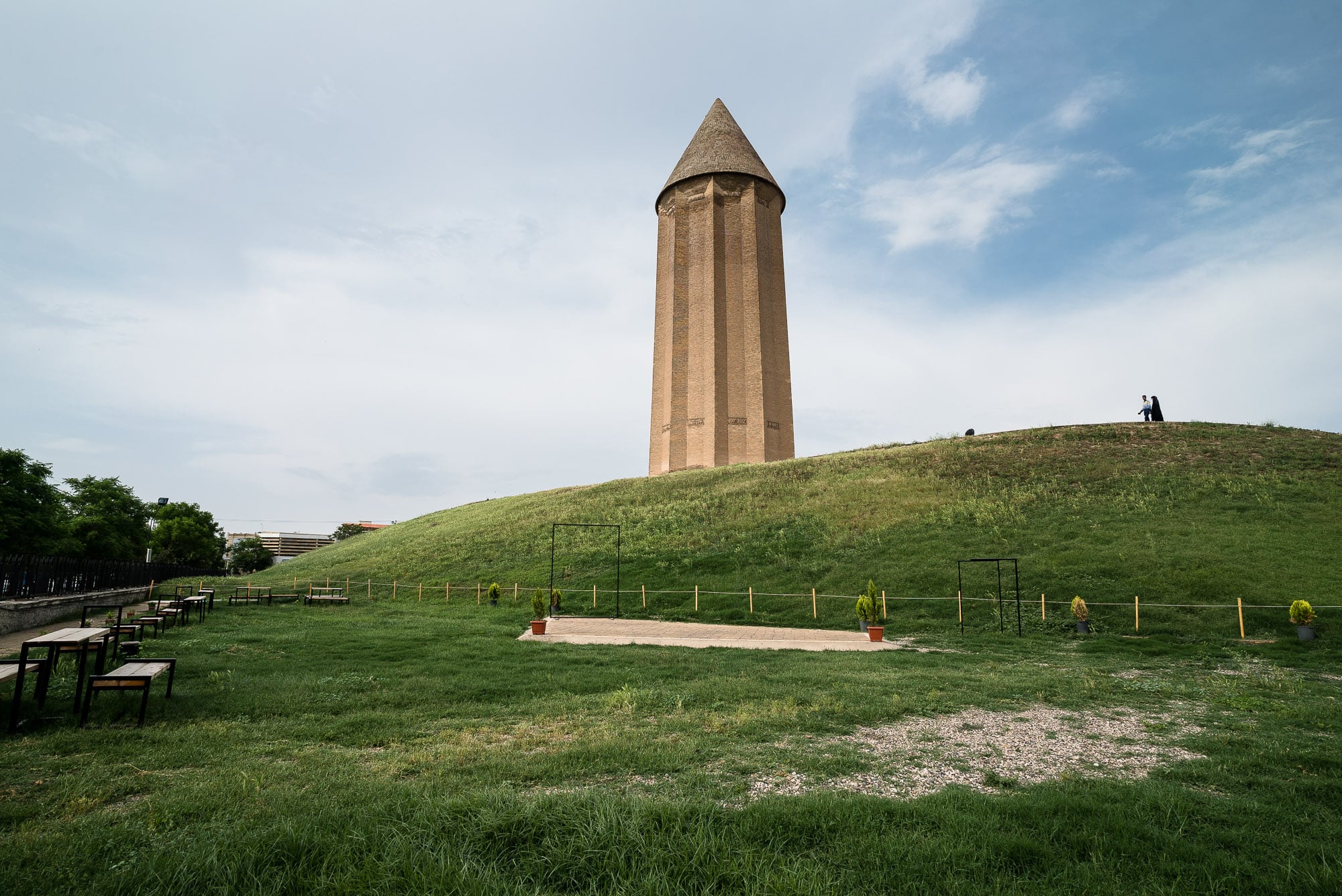 It was called Gonbad-e Qabus, and it had been standing there for over a millennium, while cities around it rose and fell and were reduced to ashes: 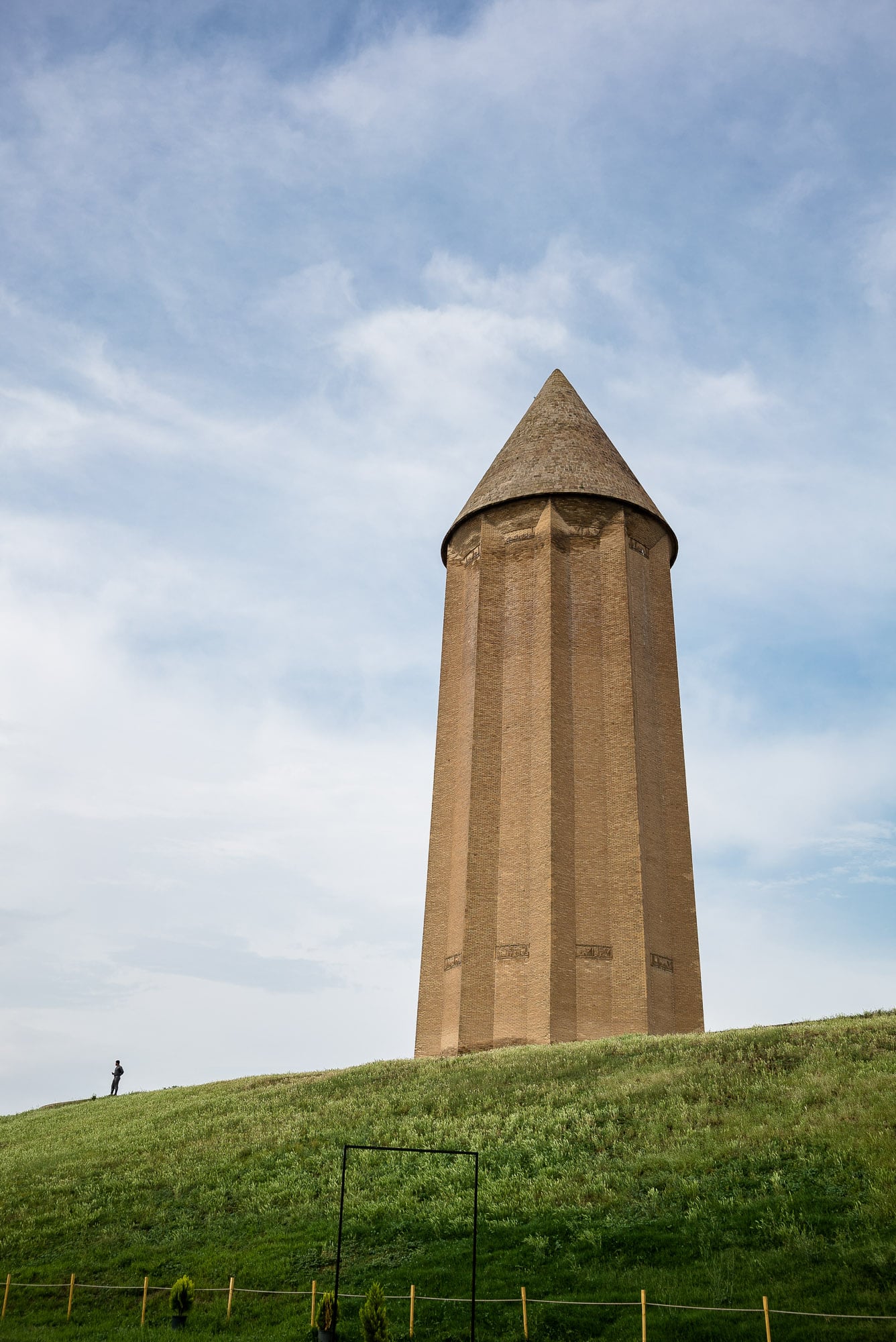 Today, there was a little amusement park around the tower: 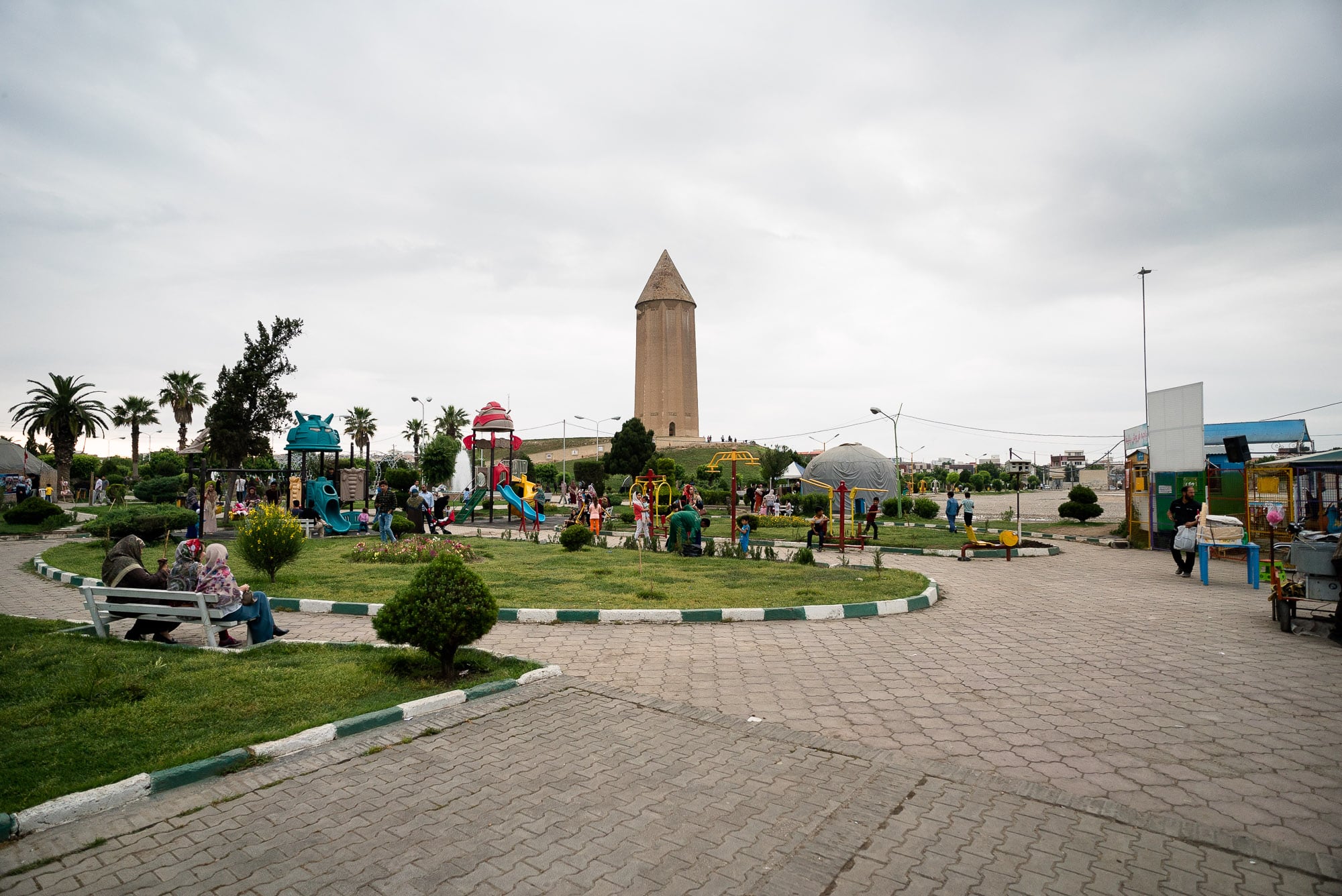 And as I was strolling through the park, I found myself thinking: right now, with Trump wanting to leave the Iran Deal, a lot of people were talking about this country. But were they talking about its people as well?

I took a time-lapse of the tower, which meant that I stuck around near it for a long time. At one point, a group of university graduates appeared. They had brought a cake: 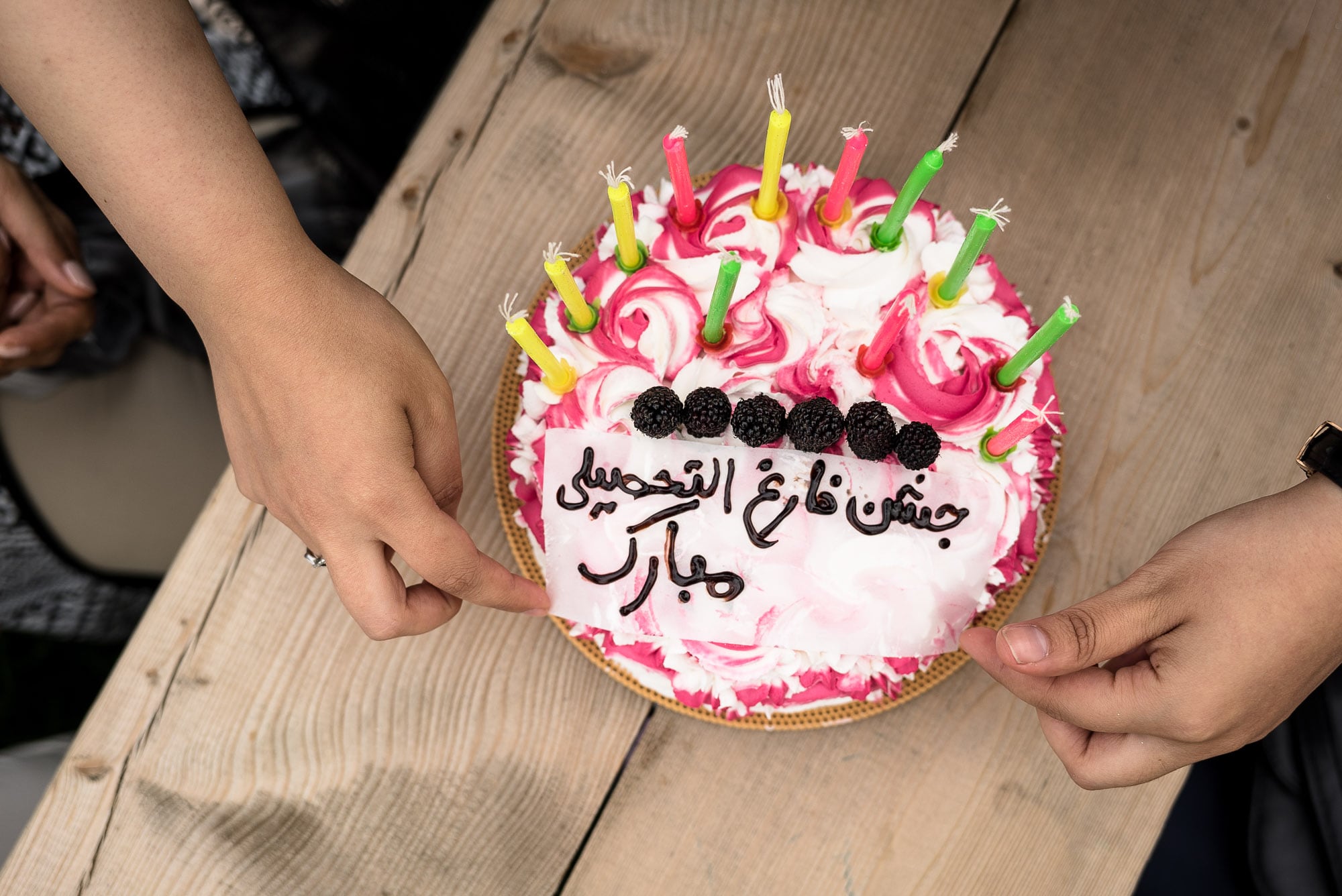 And they had balloons: 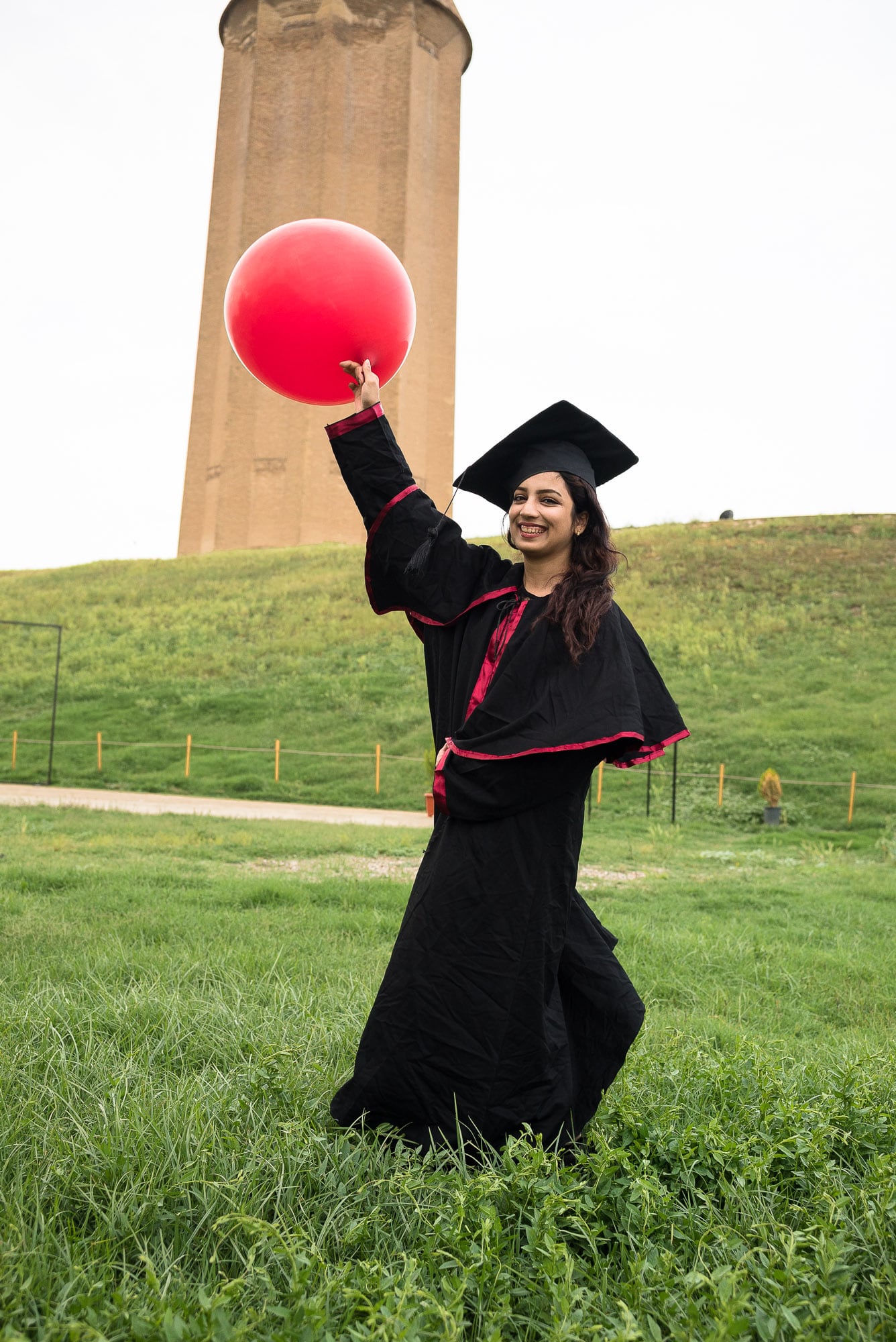 I was with a tourist guide at this point, and he took me for a walk around the city. I particularly liked this workshop where a blacksmith was making hooks: 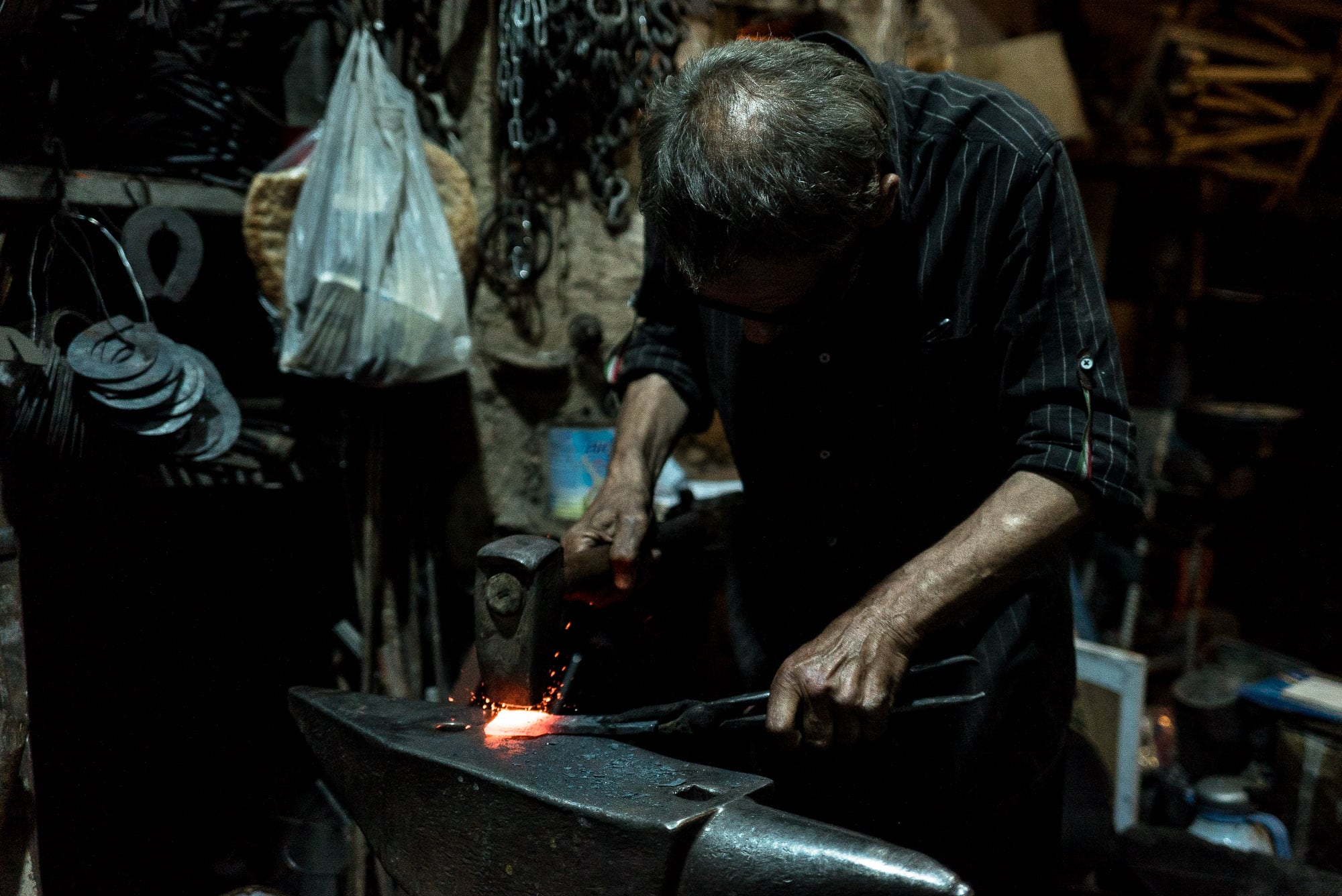 I liked the visual harmony of the wood and the steel and the dust: 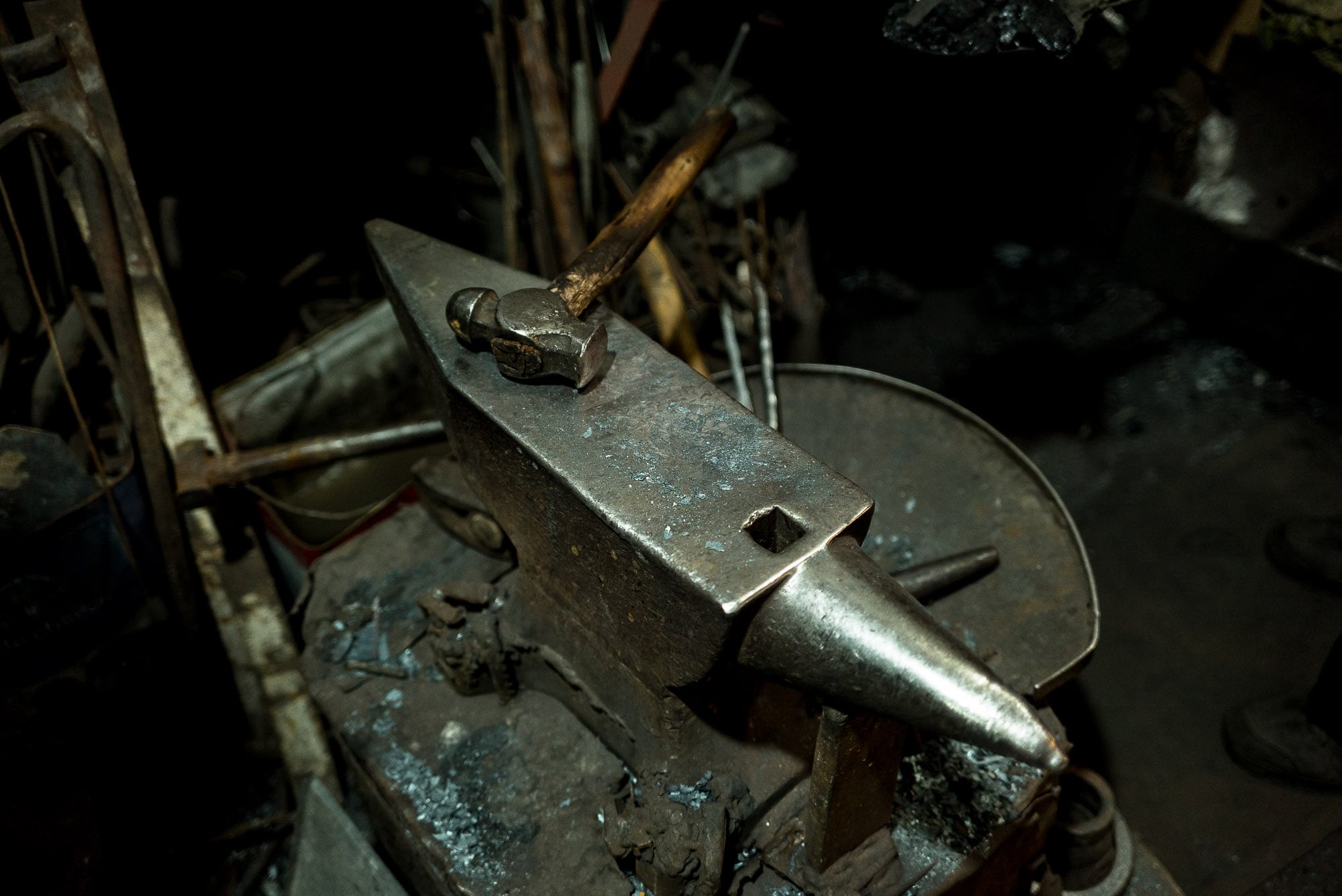 And I liked the blacksmith’s smile in the darkness of the workshop: 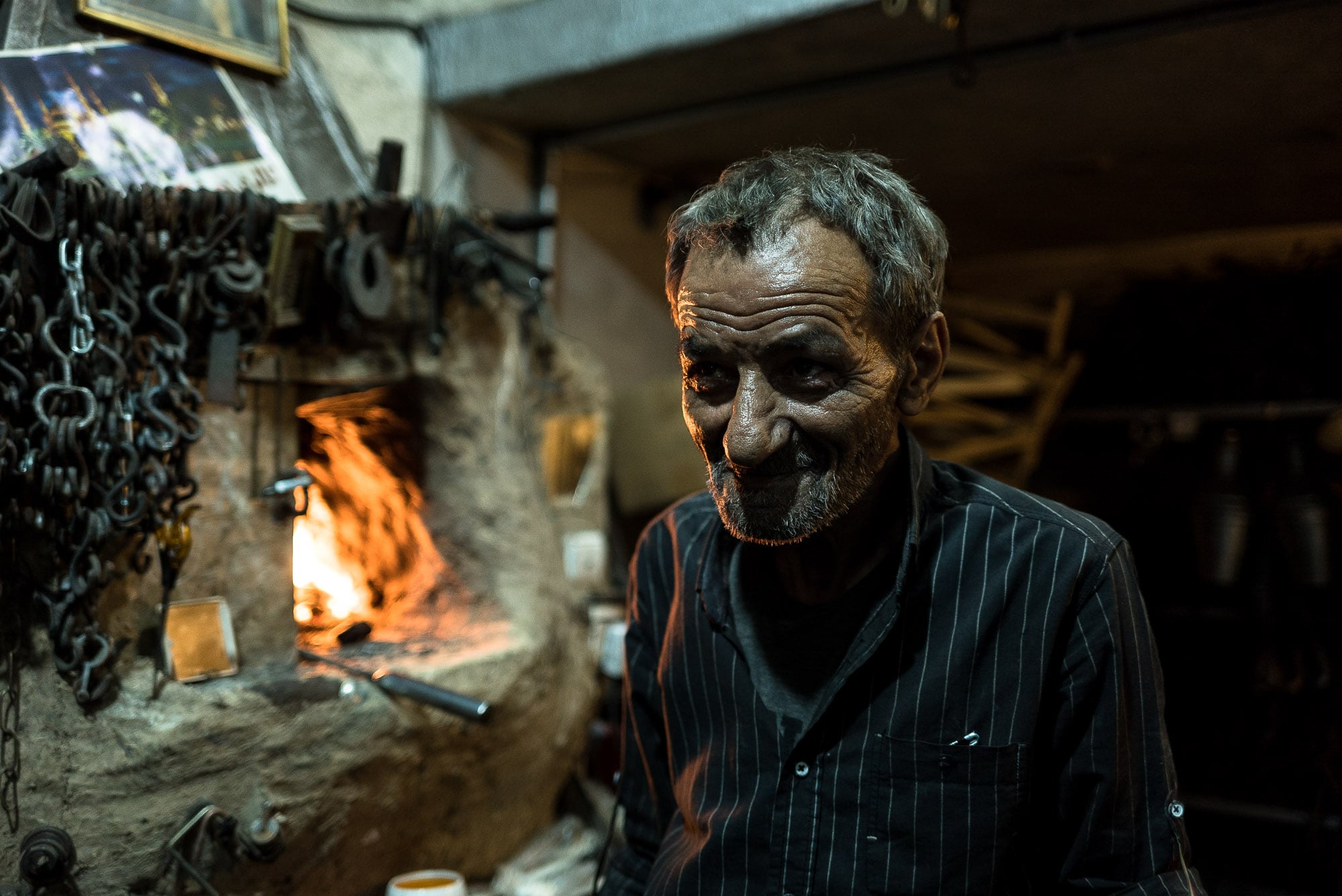 We ran into two Dutch cyclists and a group of young people: 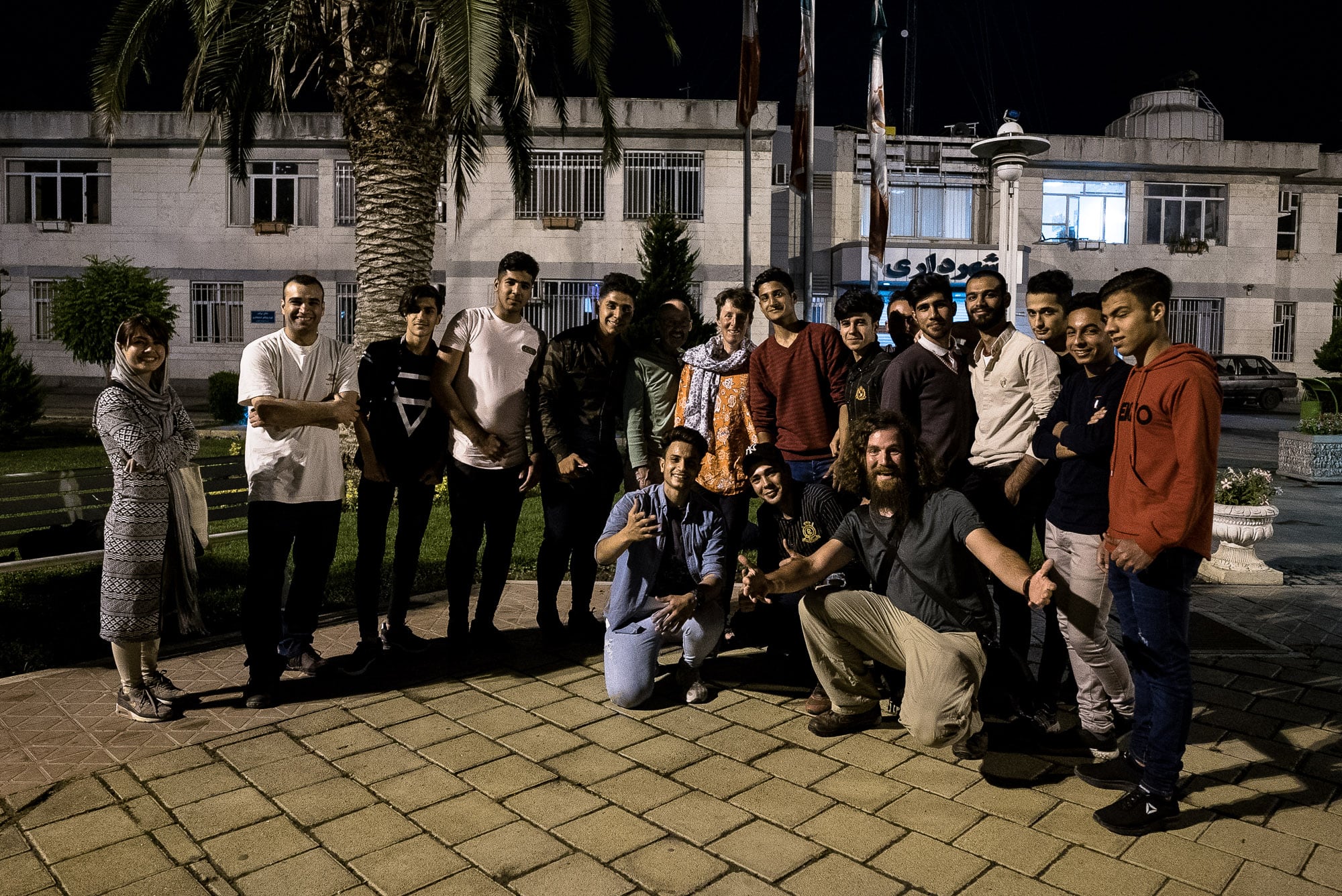 Then I went back to the hotel and passed out on the bed.