I decided to take a detour. Instead of sticking to the mountains in the South, I would go westwards to Gonbad Kavus and look at an old tower there. This would cost me one walking day, but I liked old towers.

Also, there was a hotel in Gonbad that was called Hotel Ghaboos, which sounded a bit like Hotel Caboose, and so it was settled. I had to walk to Gonbad!

But first I had some watermelon with Mehdi, my friend from the night before: 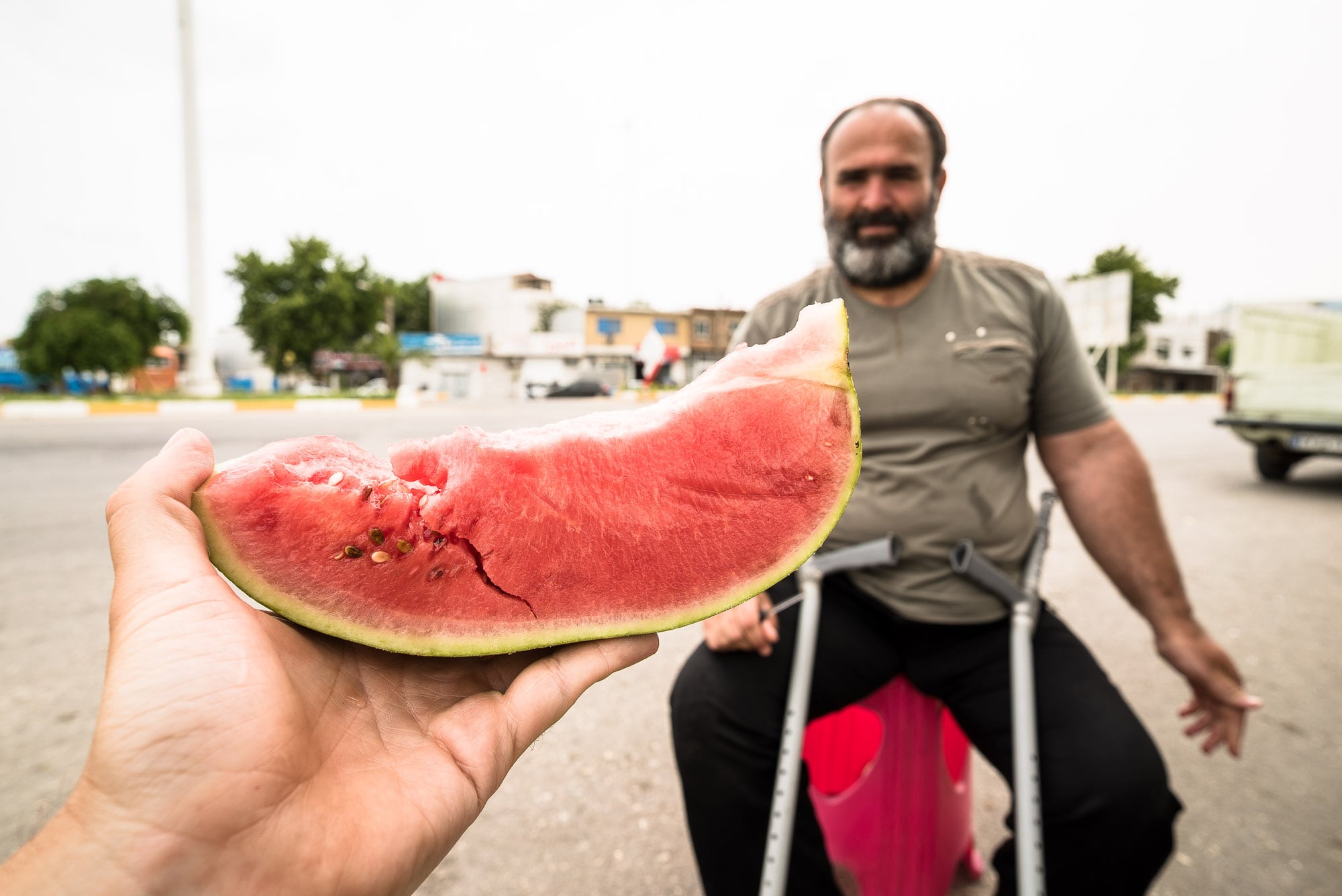 I walked past ruined buildings: 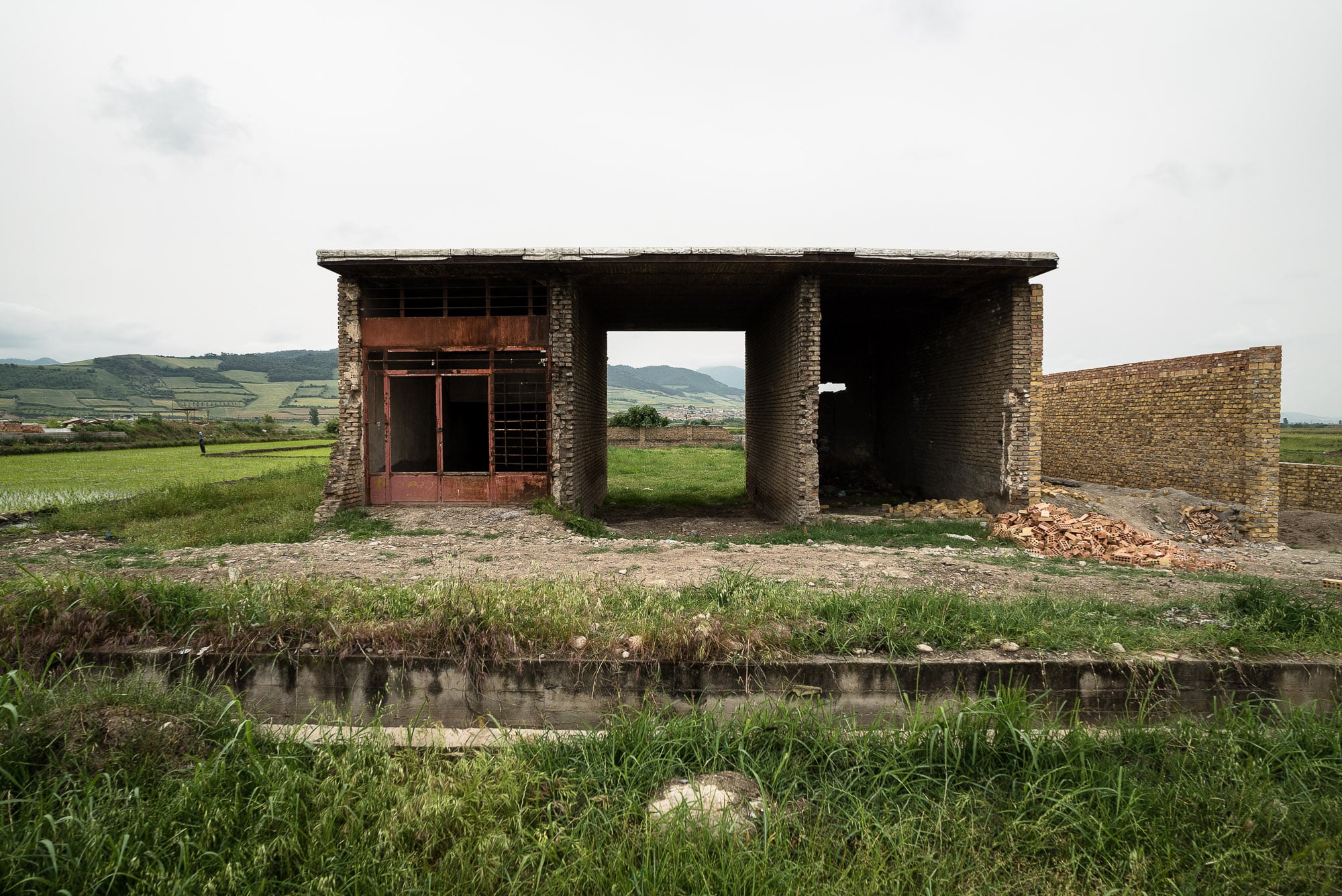 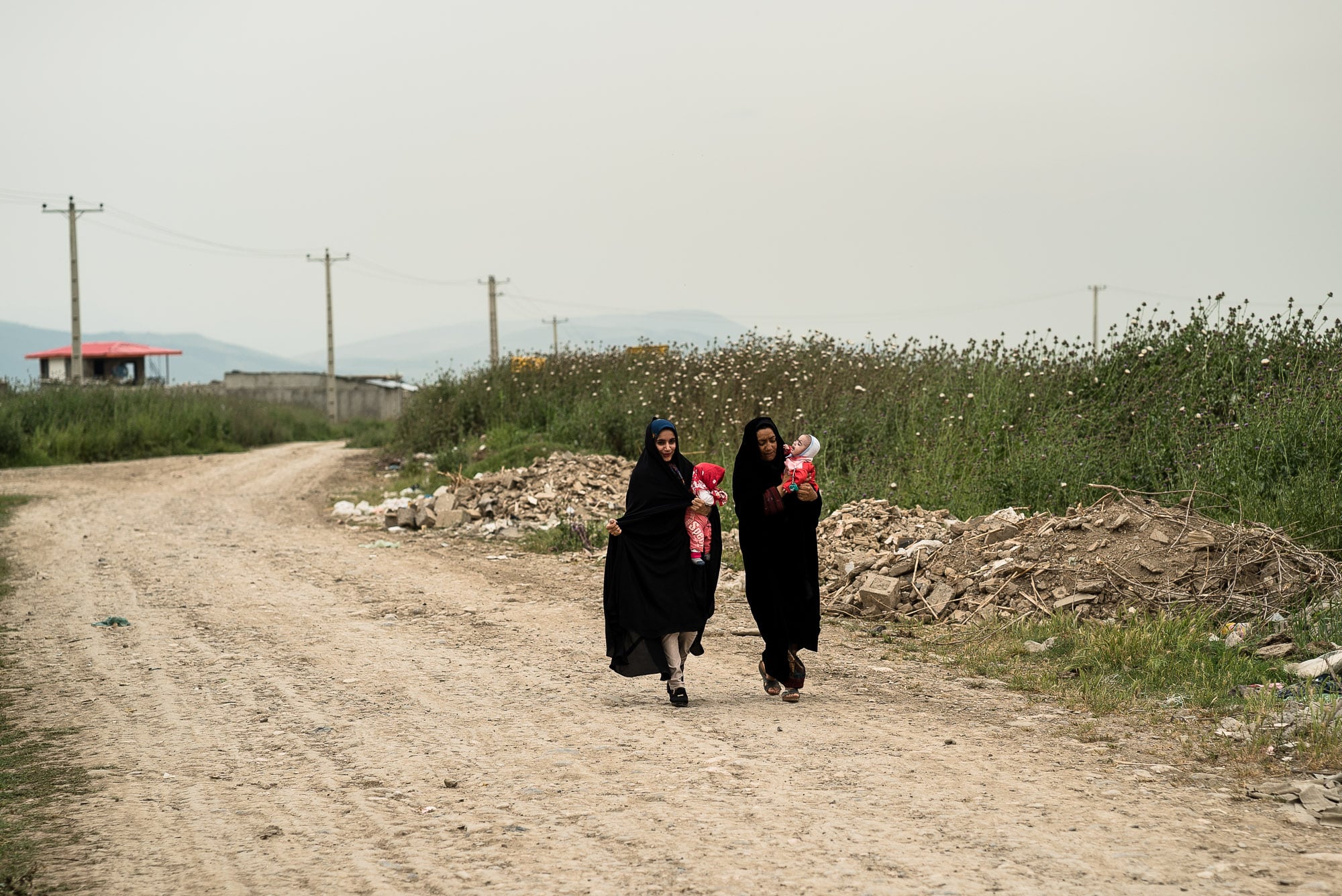 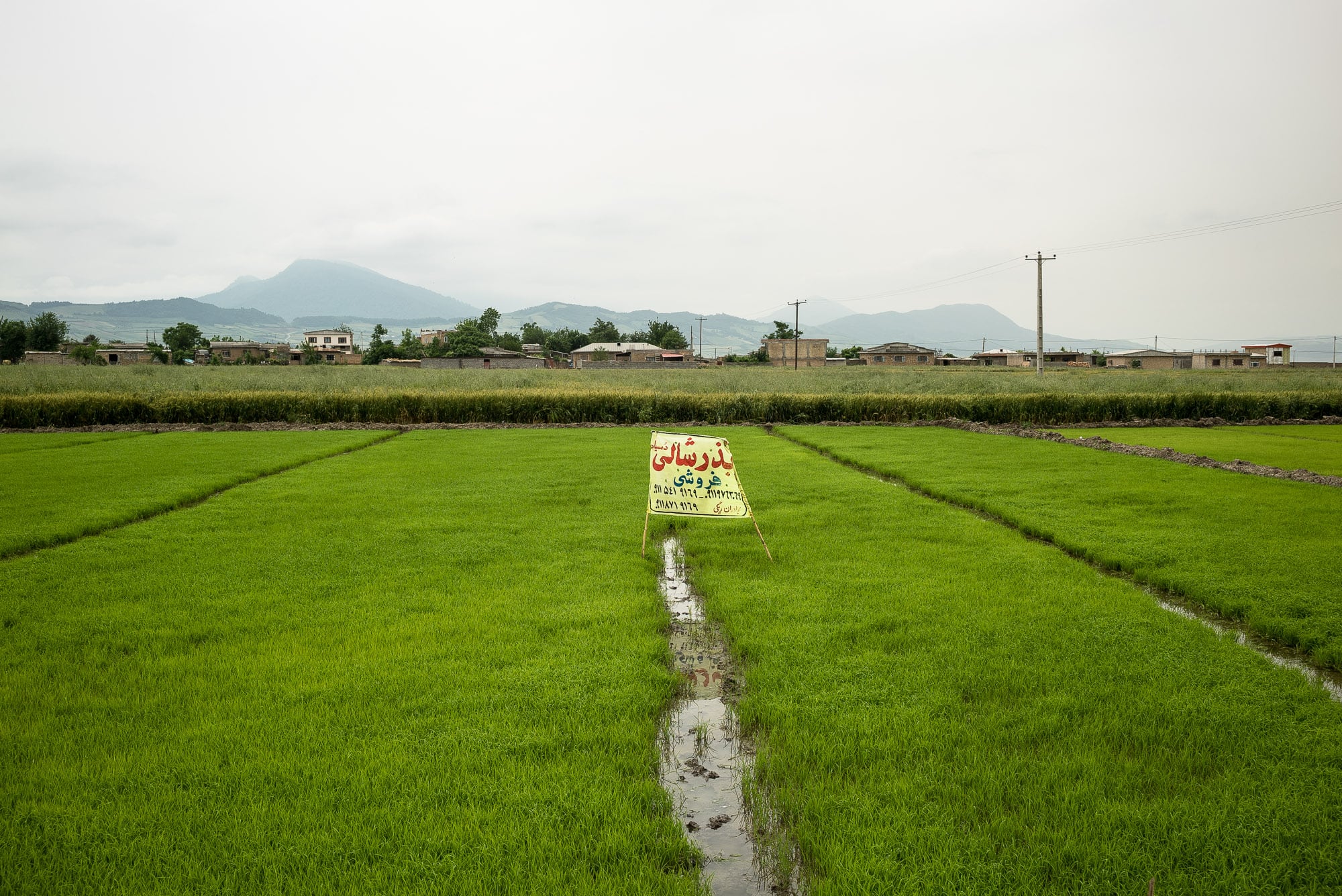 And past more of the purple flowers from two days earlier: 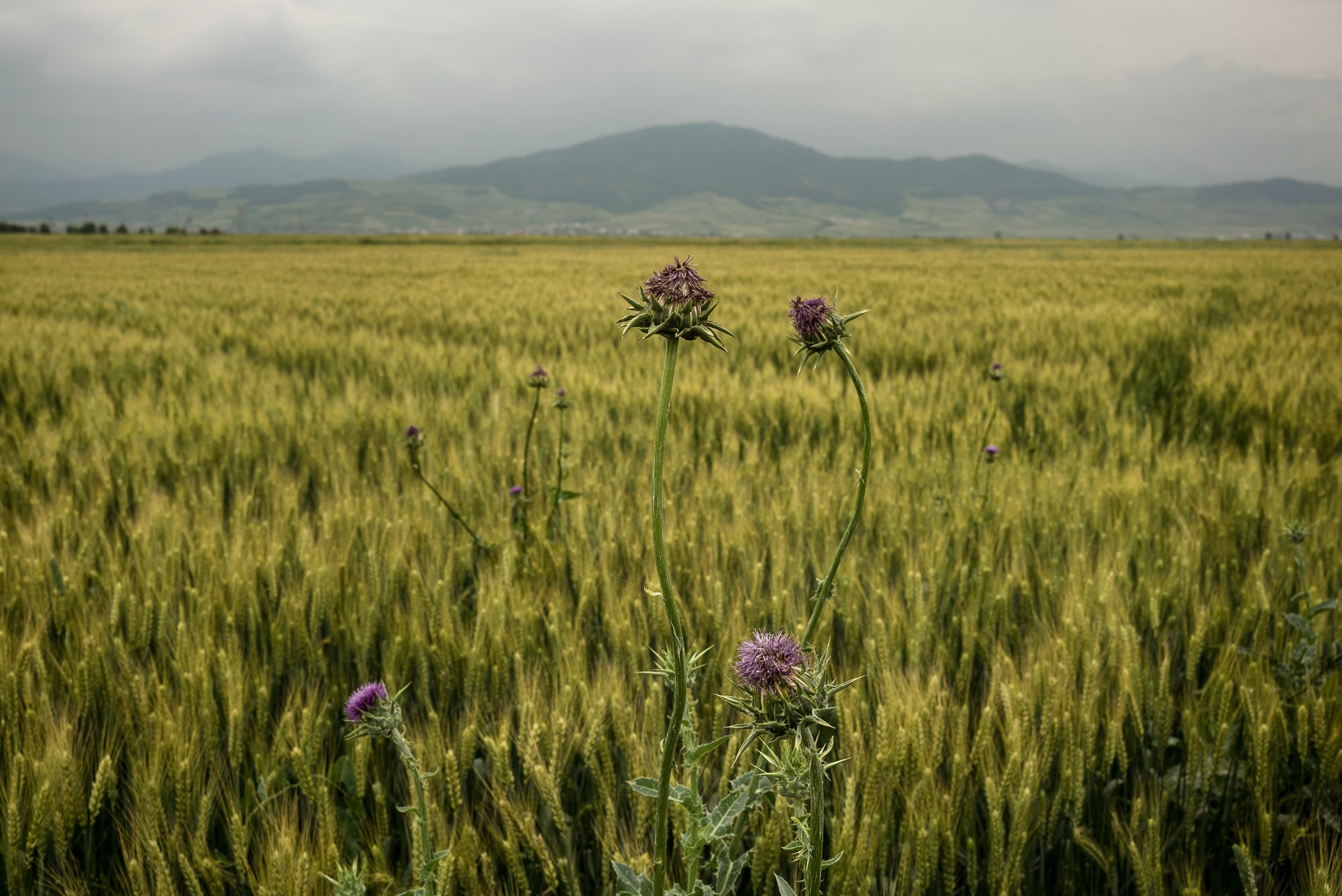 It was nice to be able to see the mountains in the distance: 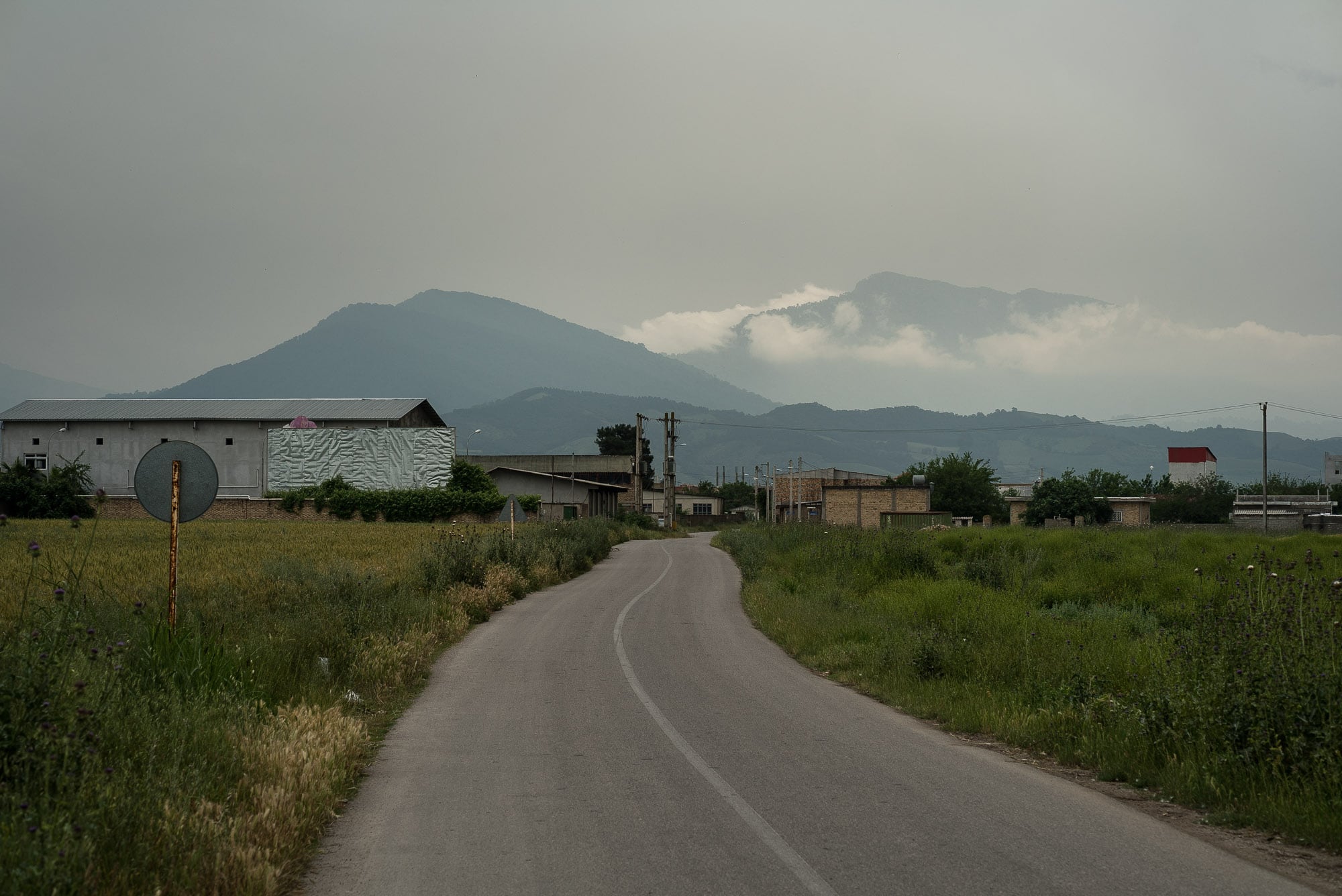 I took another self-timer jumping shot: 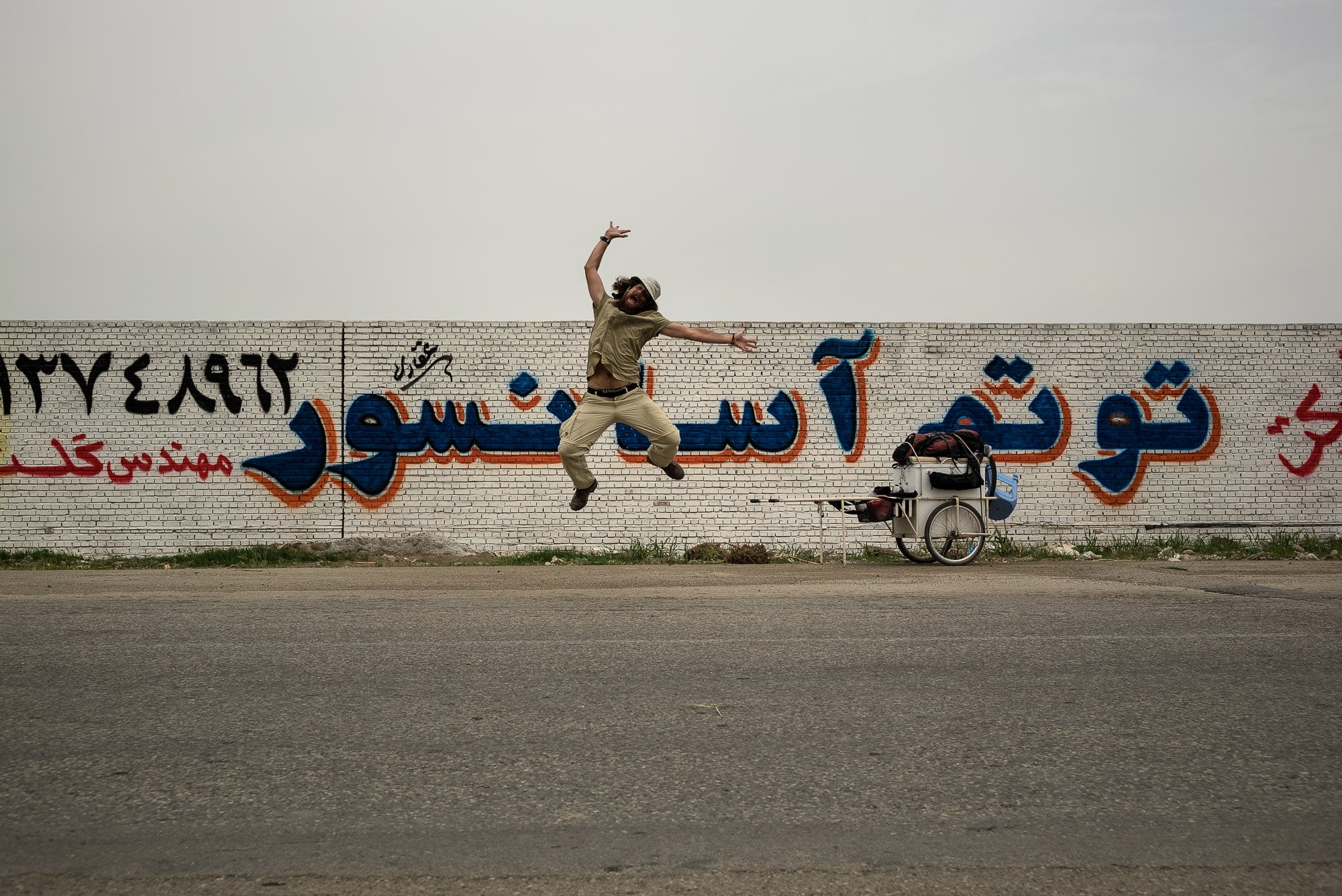 Maybe I was spending too much time alone.

About one or two hours before Gonbad, I left the road and took a little dirt track that went through the fields: 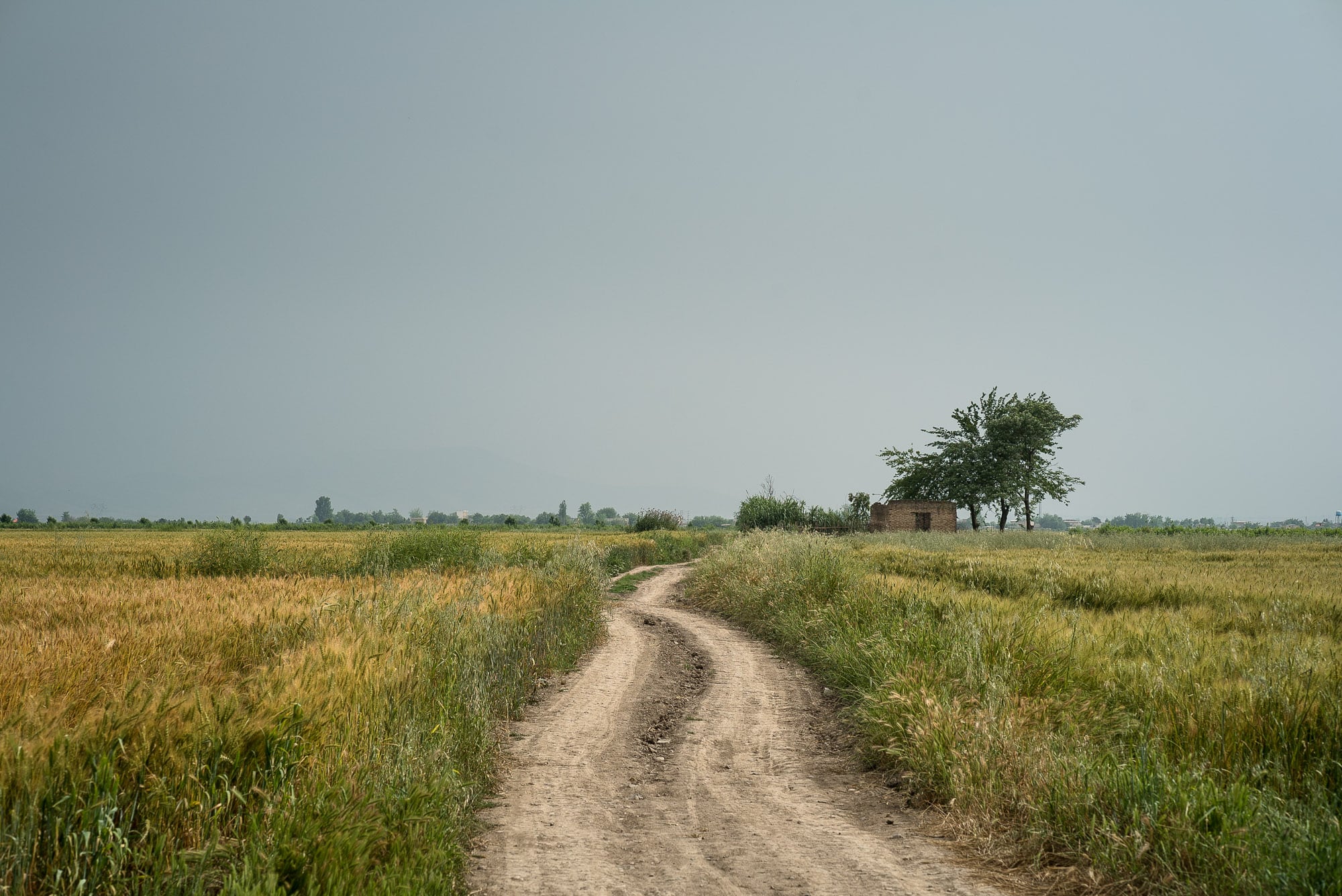 It was much better. There was the occasional farm house: 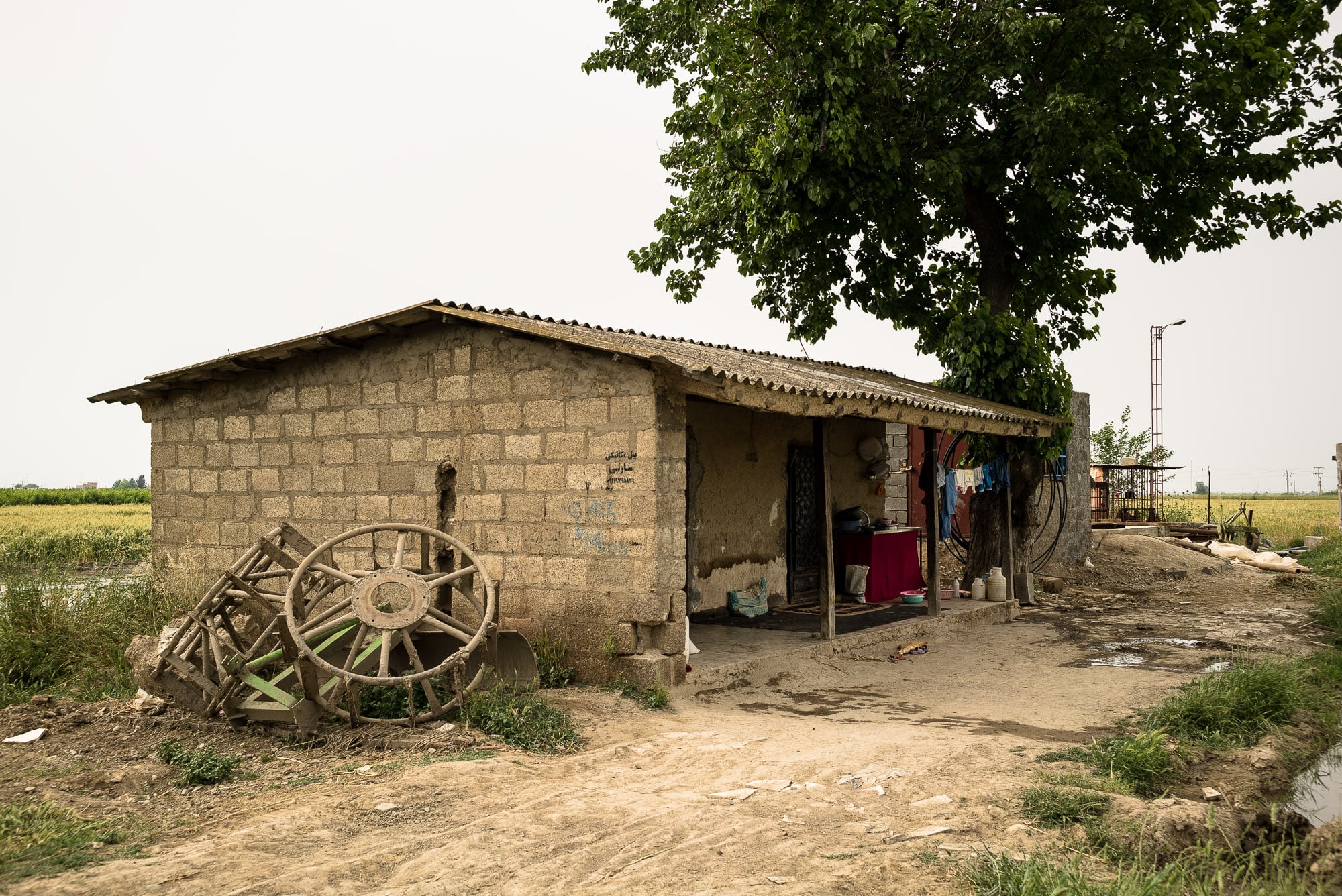 And there was air to breathe: 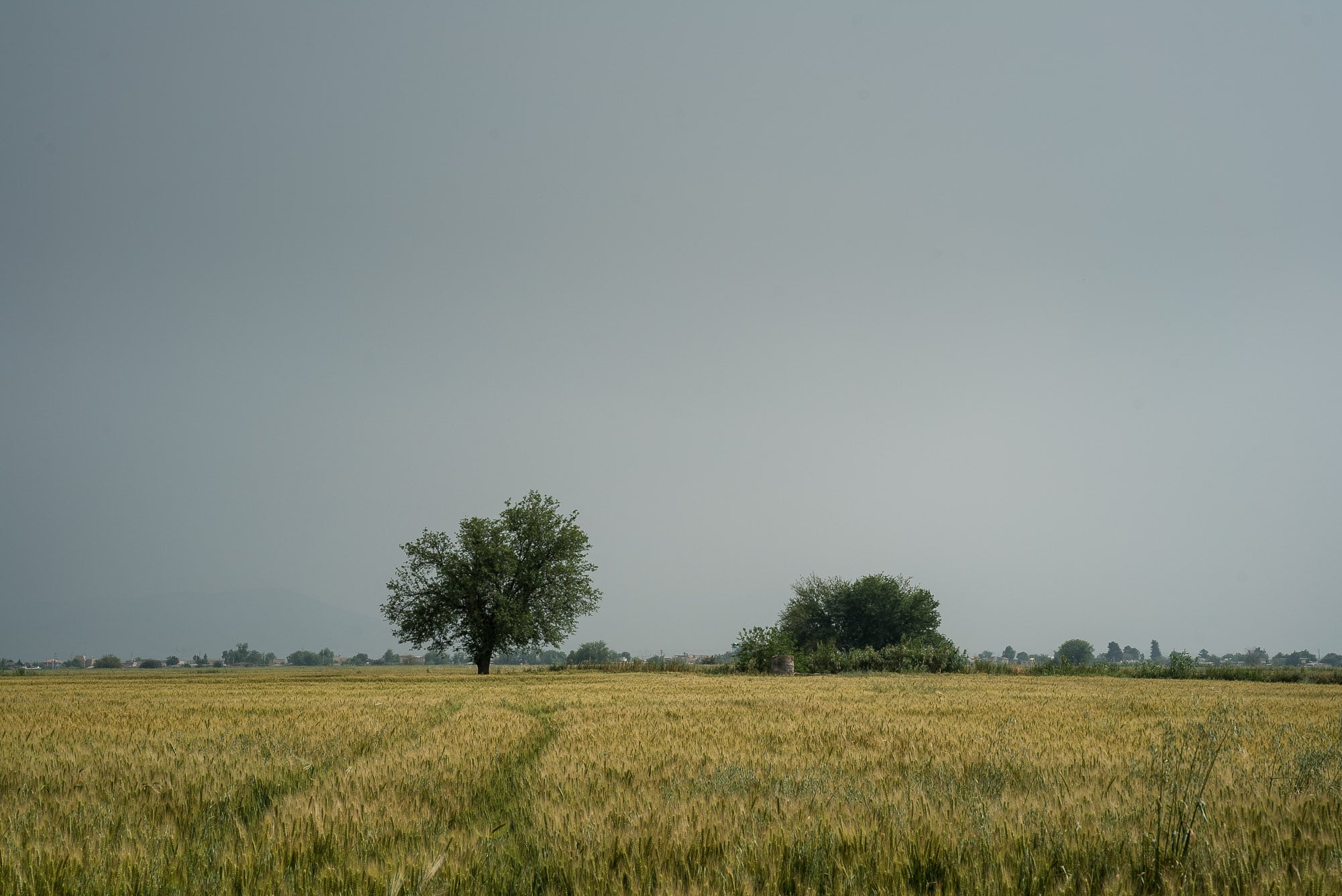 When I finally entered Gonbad from a tiny back road, it felt almost as if I was sneaking in: 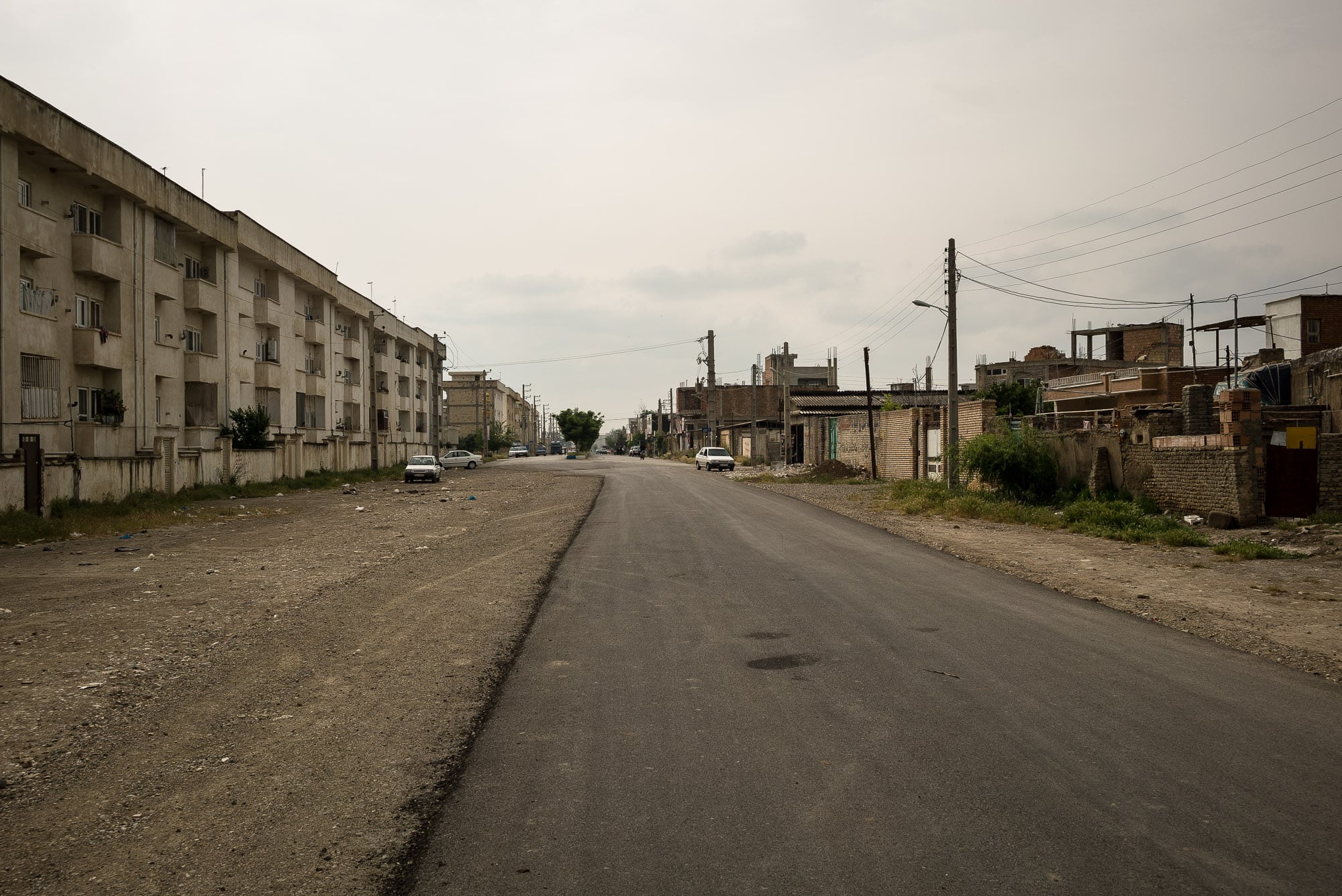 But I had not gone undetected. A storm was brewing, and I had to walk fast if I wanted to outrun it: 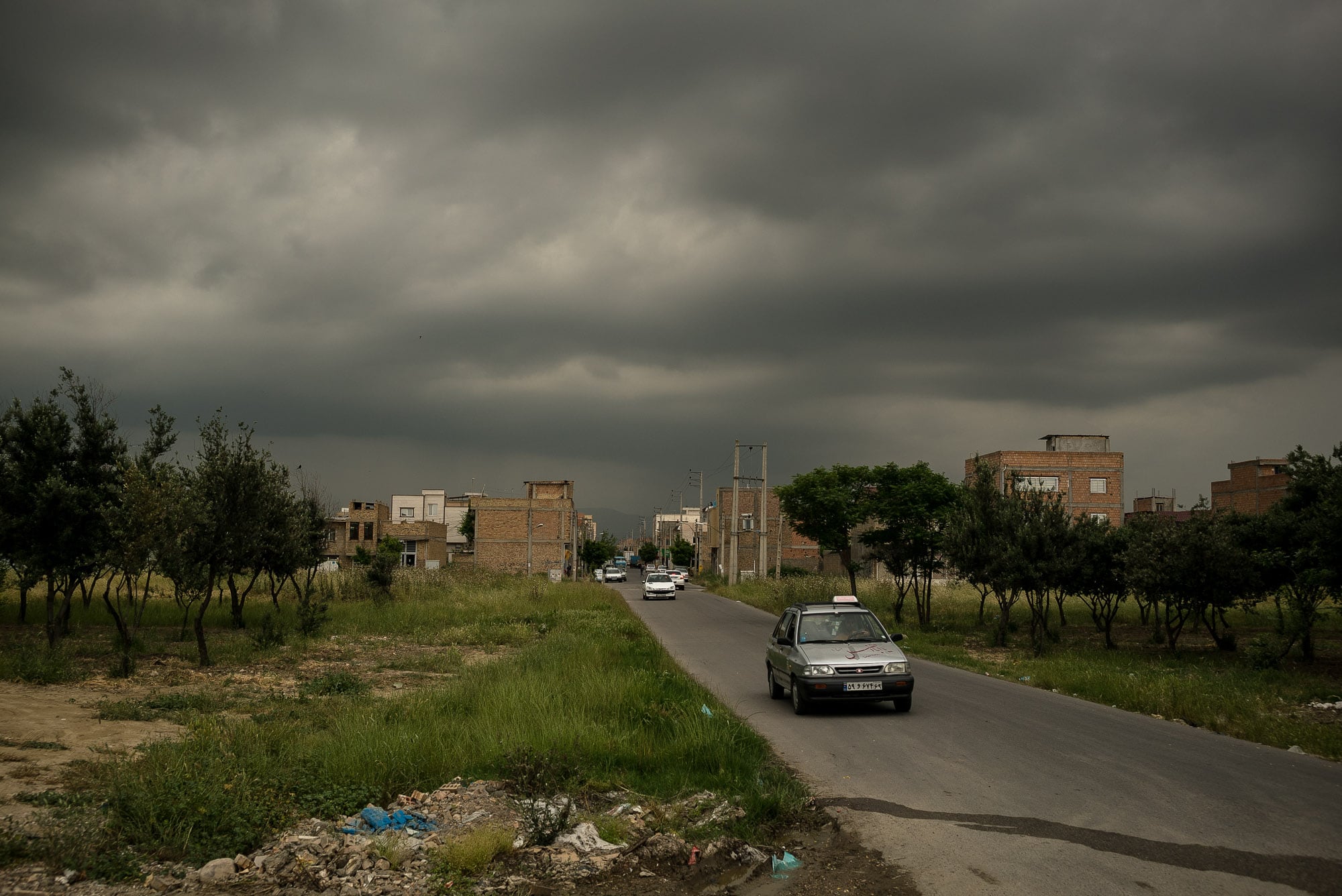 Day 1108
from Minudasht to Gonbad Kavus