I woke up somewhat refreshed and thanked Daniel, the caretaker of the place, for his hospitality: 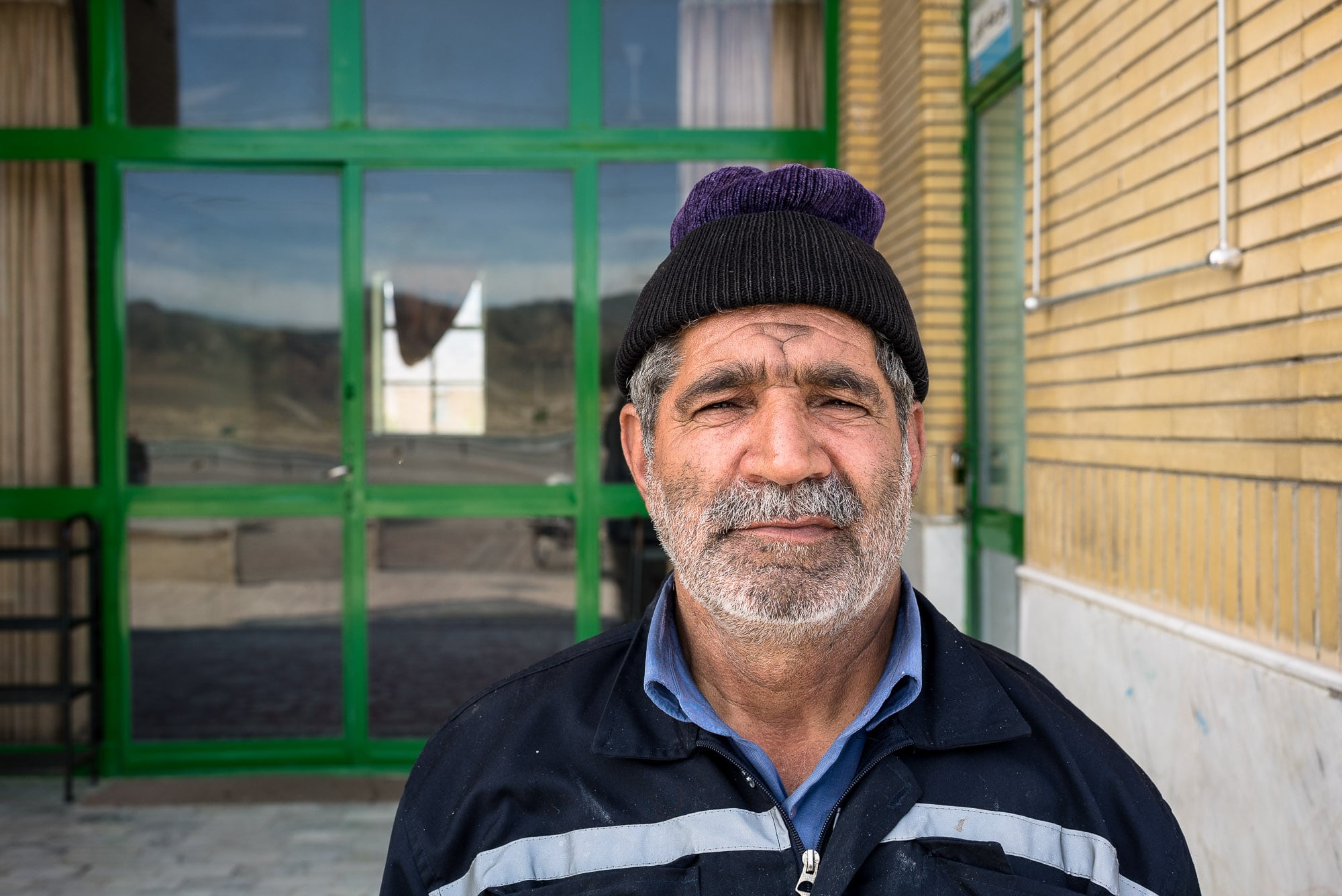 Then I was back on the desert road: 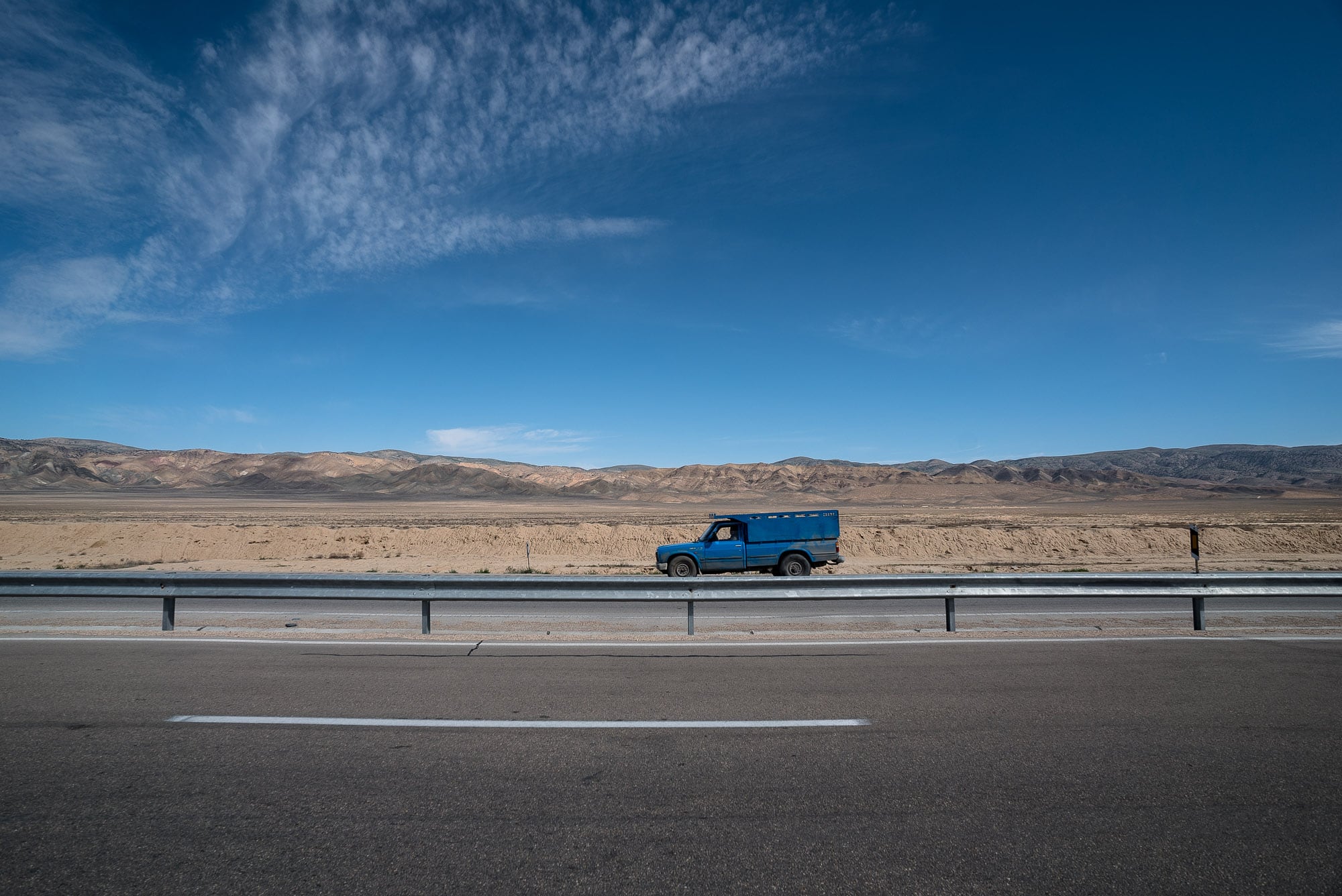 I ran into Ali, a cyclist who was on his way to Mashhad: 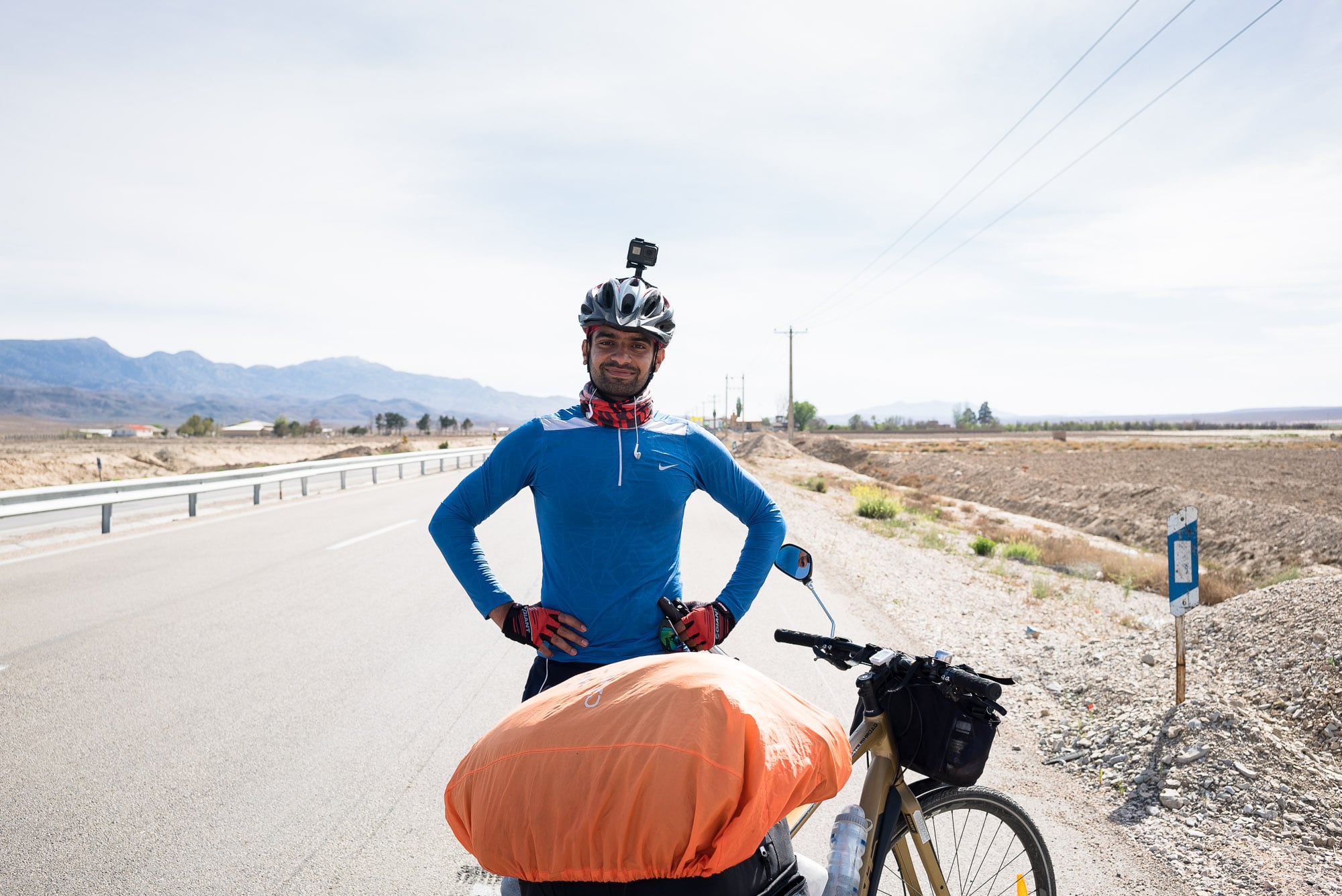 He seemed very happy to have reached the high point of the plateau.

I was happy as well, when I discovered this stretch of unfinished road that was closed to traffic: 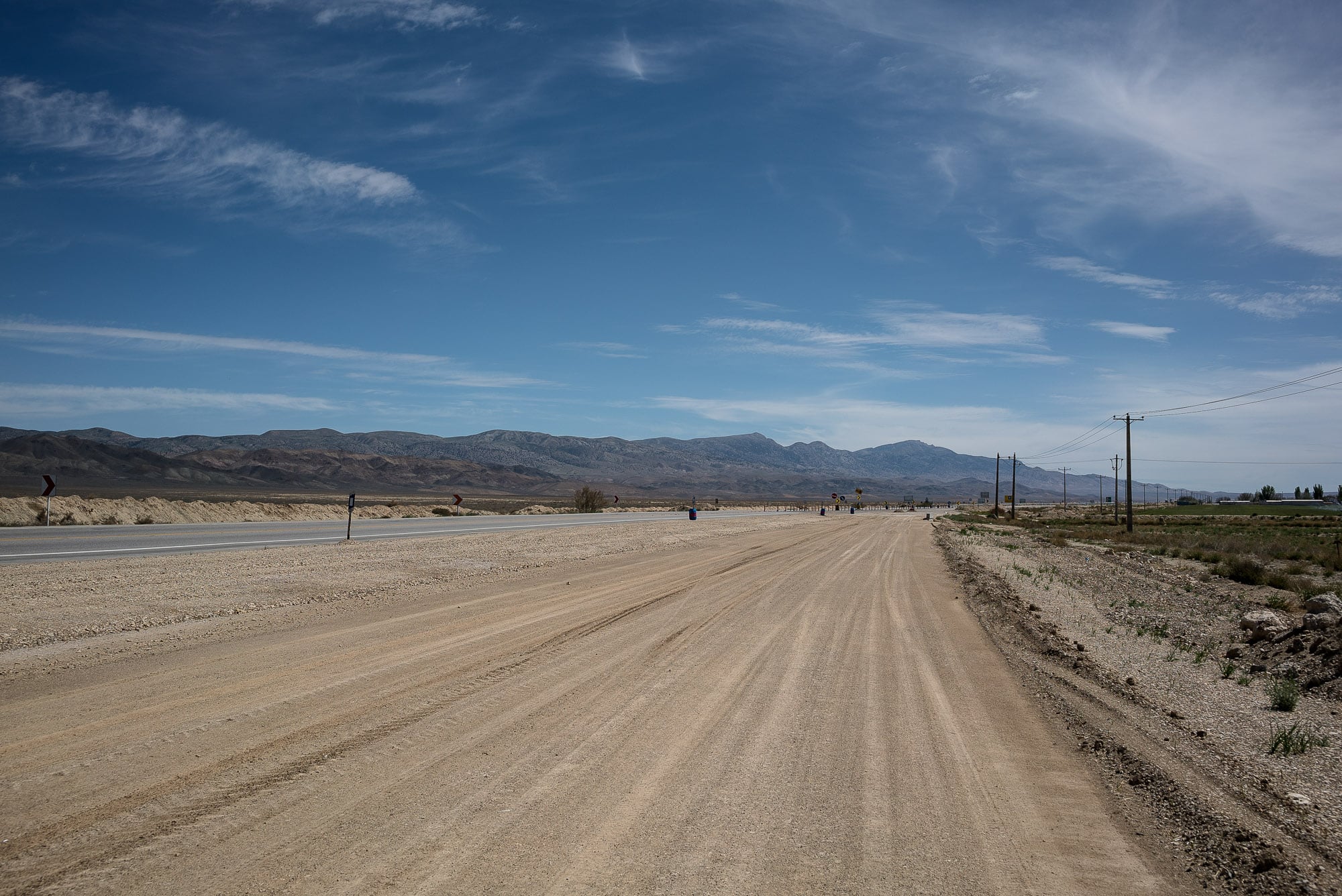 It felt like walking through the Gobi desert again. One time I saw a house that had a pilgrim’s flag propped up outside: 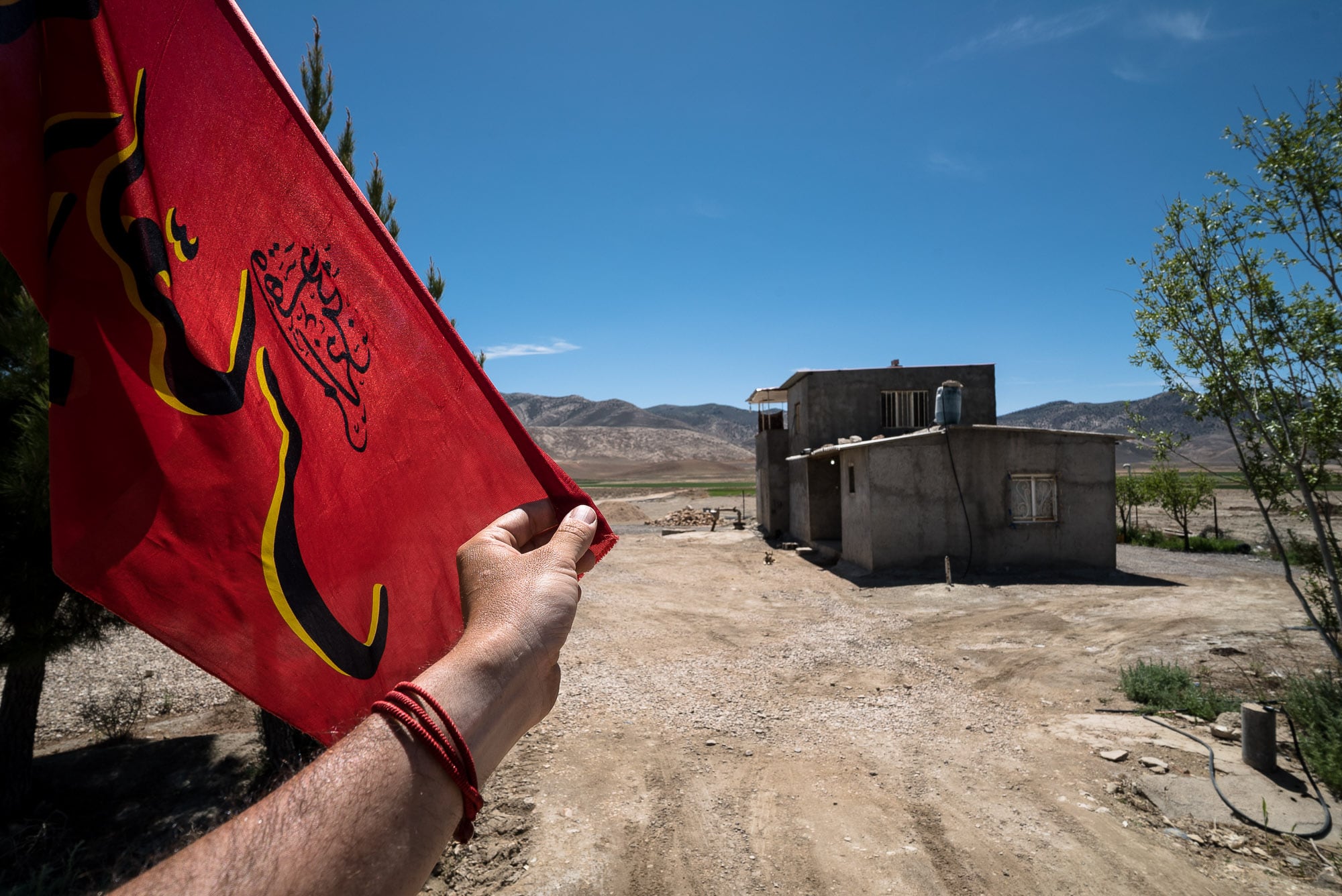 I didn’t care enough to find out more.

Instead, I hid from the sun in an underpass under the road, just like I had done in the Gobi desert a long time ago: 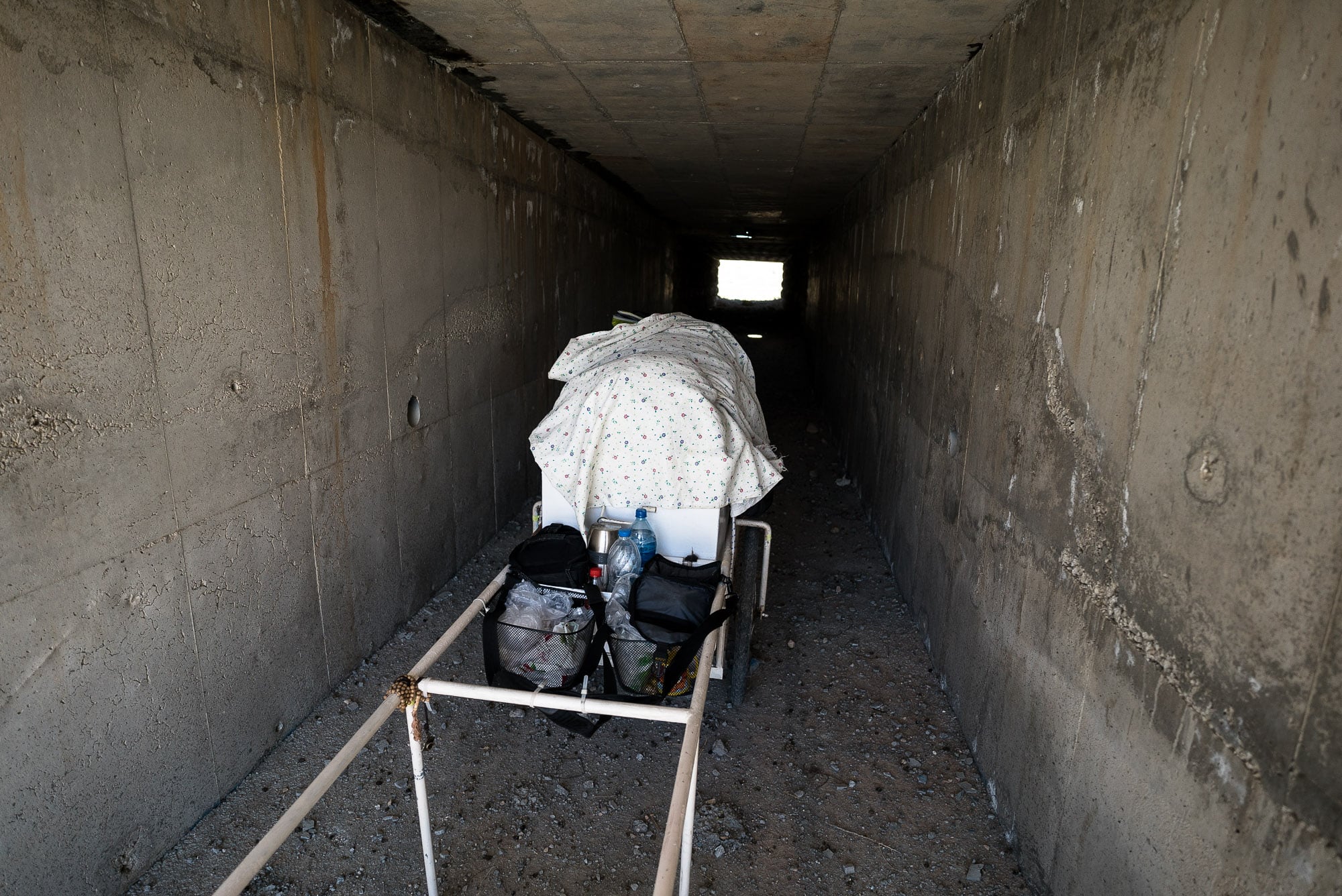 There was only one settlement on my way today, a small village called Cheshmeh Khan: 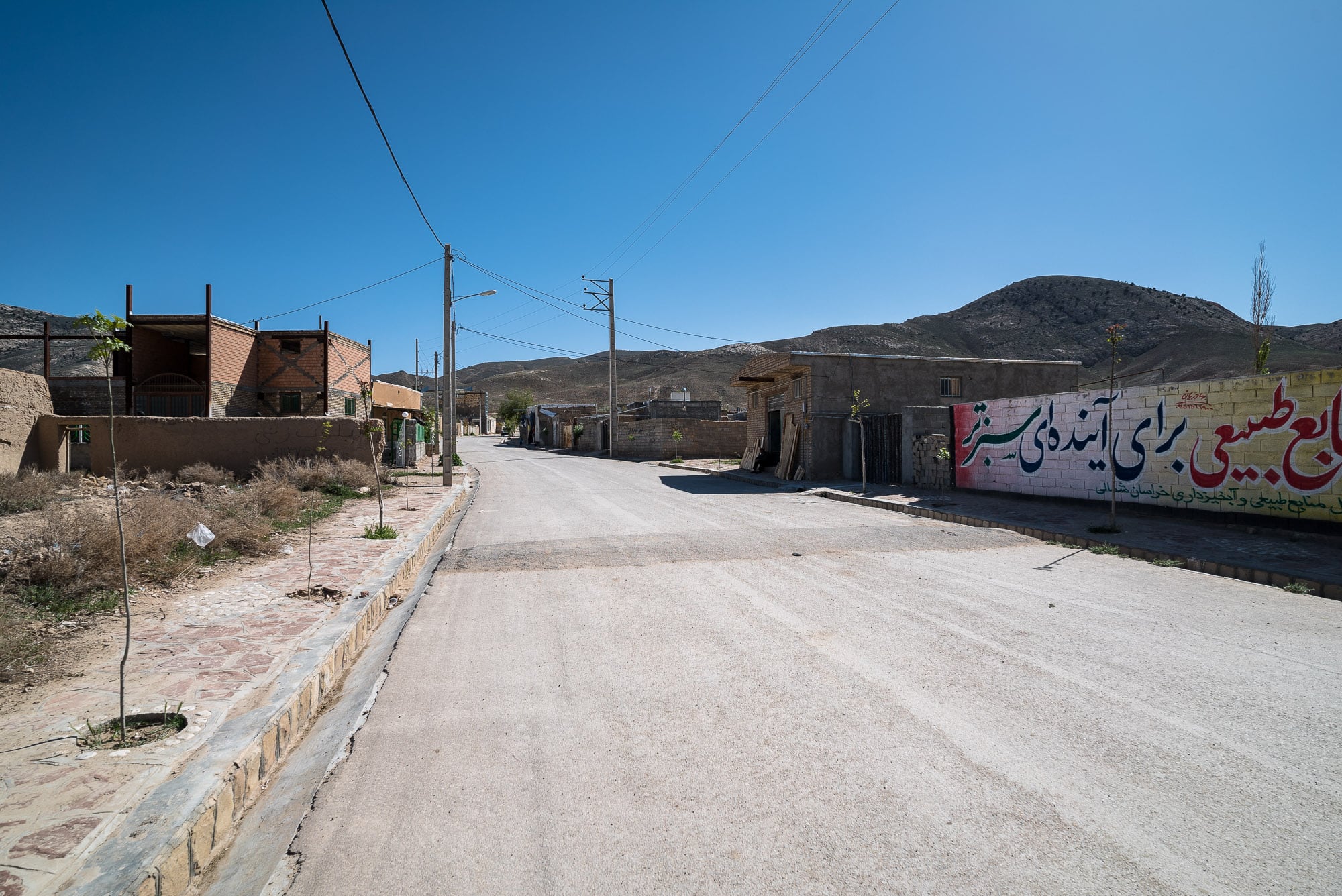 I went there in order to buy some water and some snacks, and because the shade was so nice and the people were very friendly, I lingered around for a little while.

It was decided that we should pose for photos: 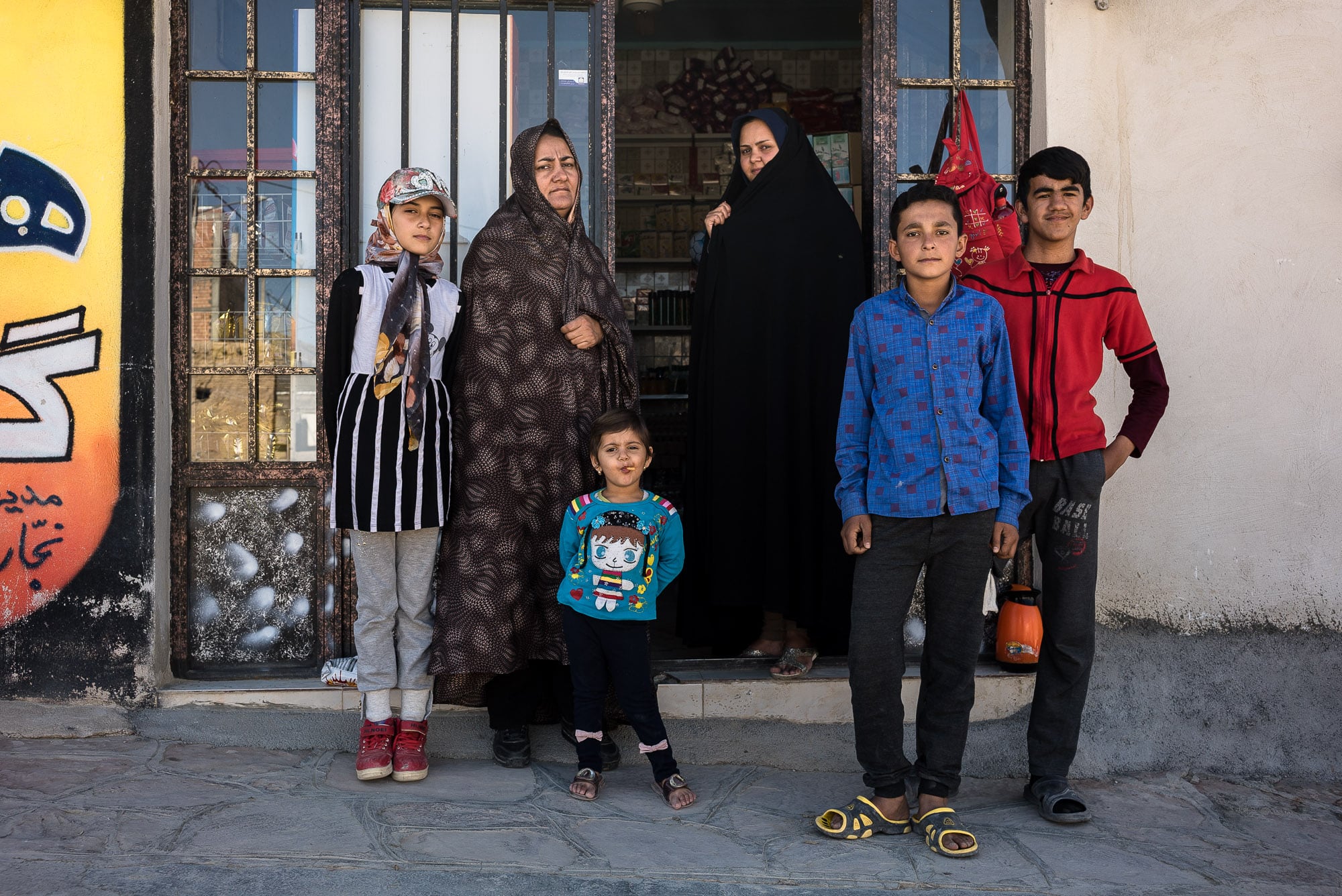 The fact that many people in Iran didn’t smile on photos reminded me of old family portraits from my grandparent’s parents. They wouldn’t smile on pictures, either. 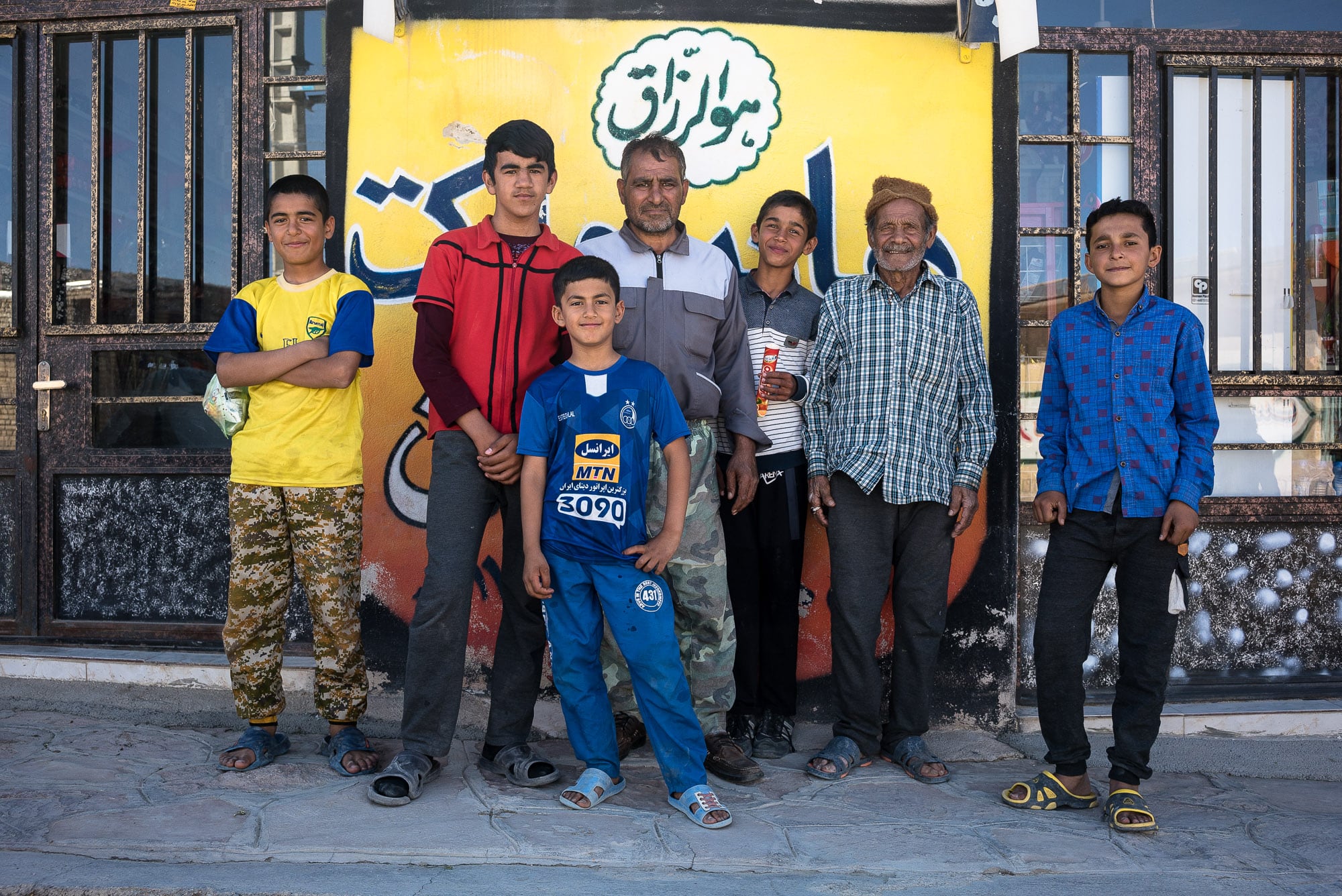 That didn’t mean they were in a bad mood at all, though.

When I left the village, the road started descending down the mountains, and everything became a little bit greener: 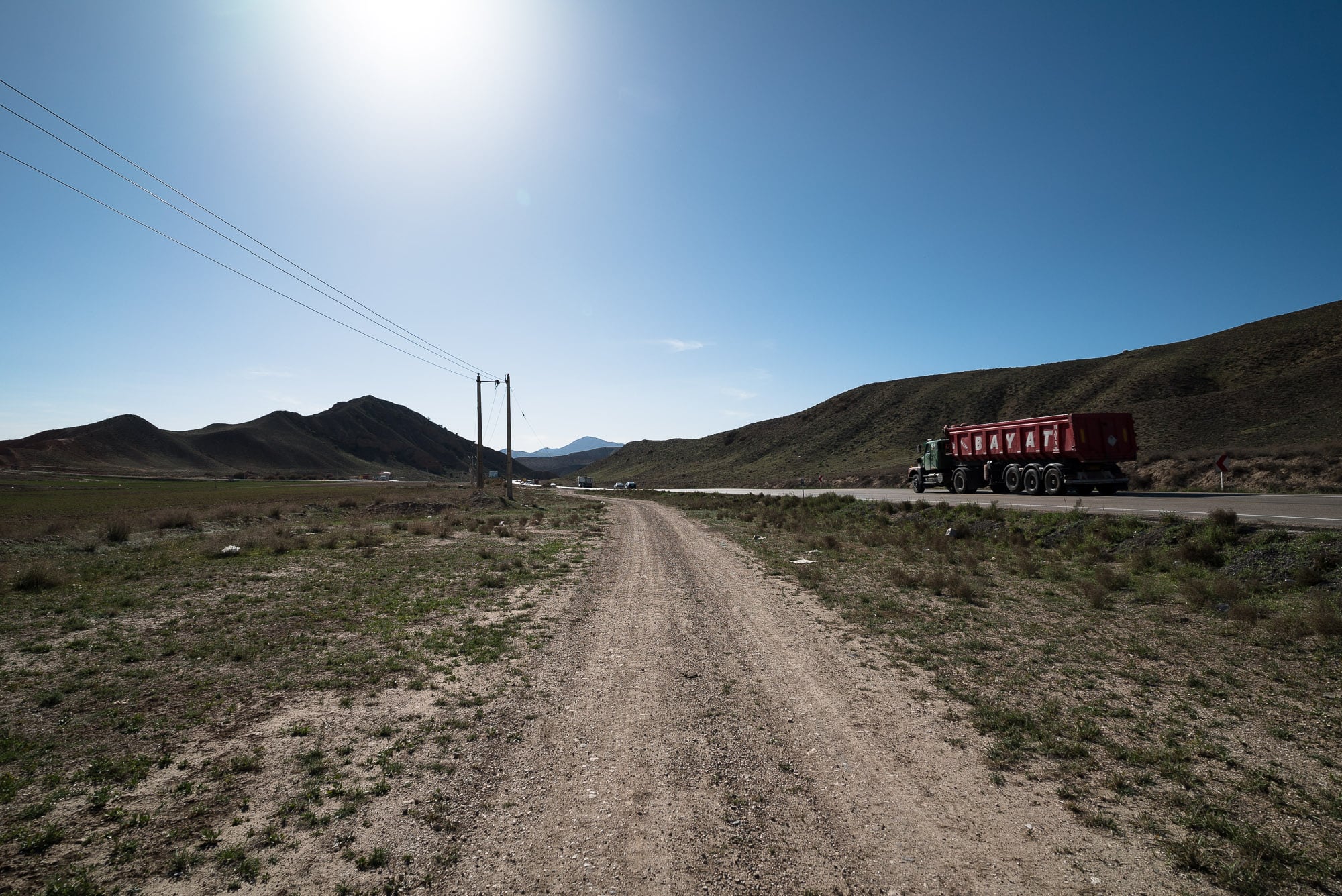 I ran into another cyclist who told me that yes, I would soon be there – in the part of Iran that was called the jungle: 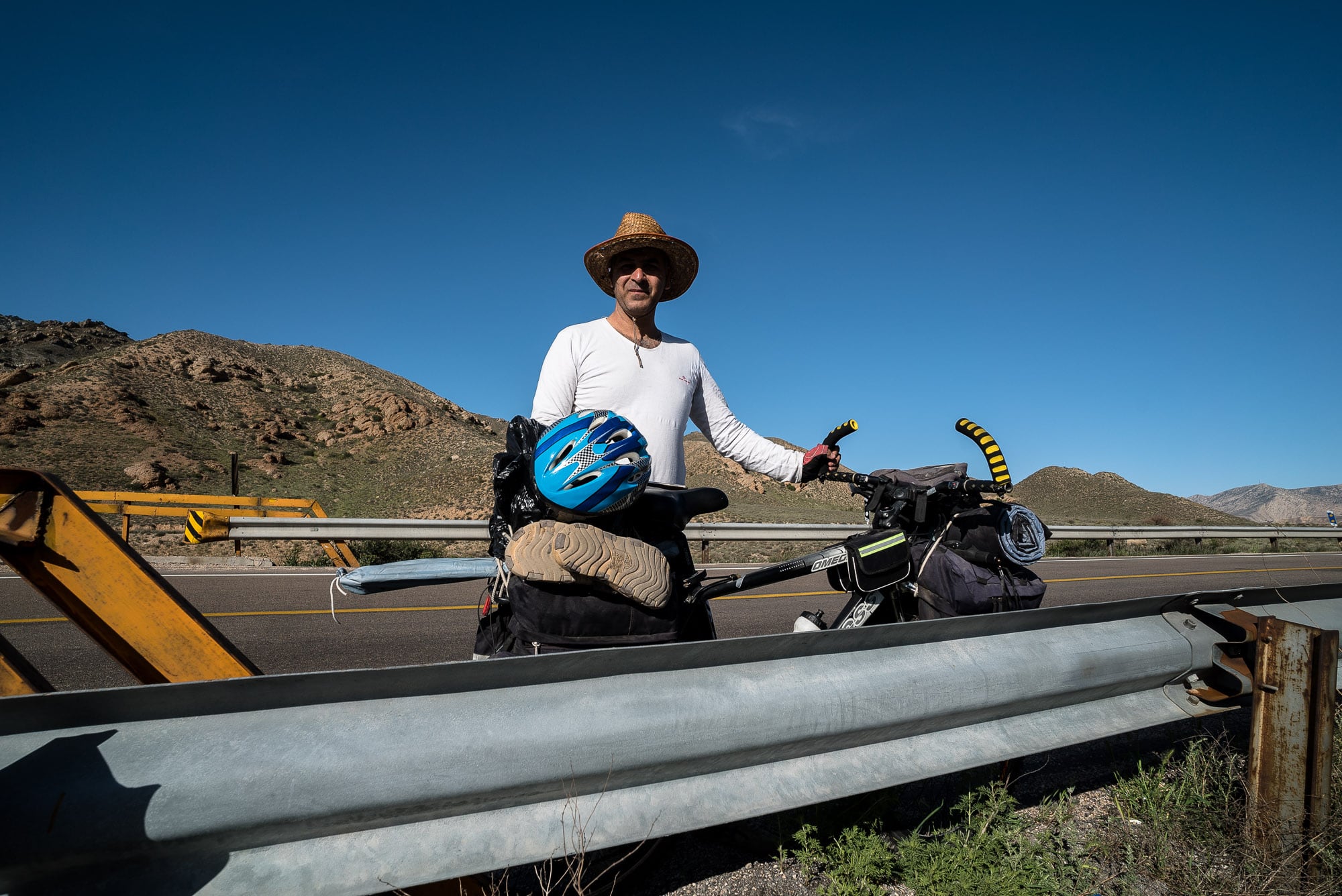 I wasn’t sure what to expect, but it felt exciting.

First there was some more green and some yellow: 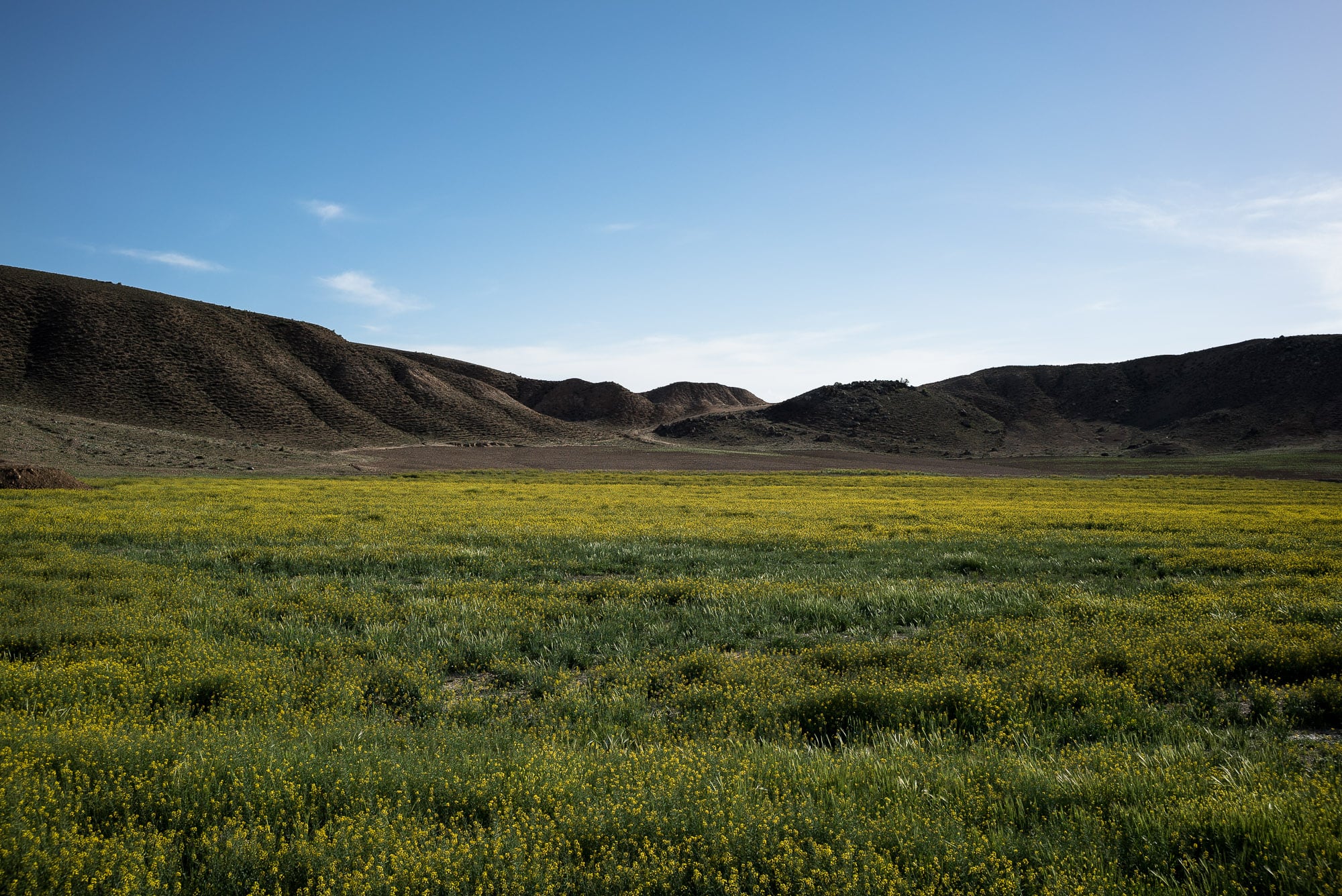 And then it was a steep downhill: 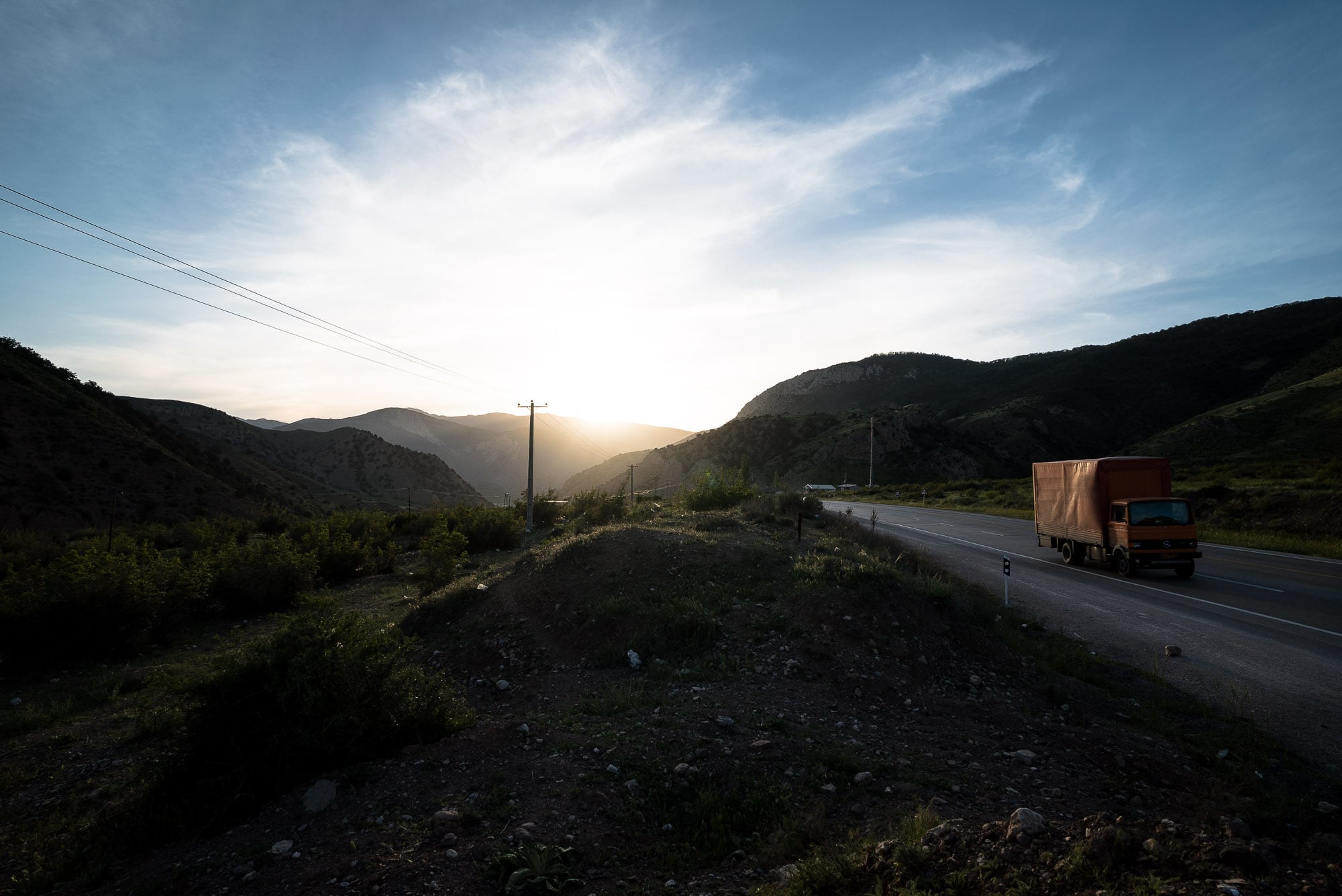 There was a service area at the bottom of the slope, and much excitement when I arrived: 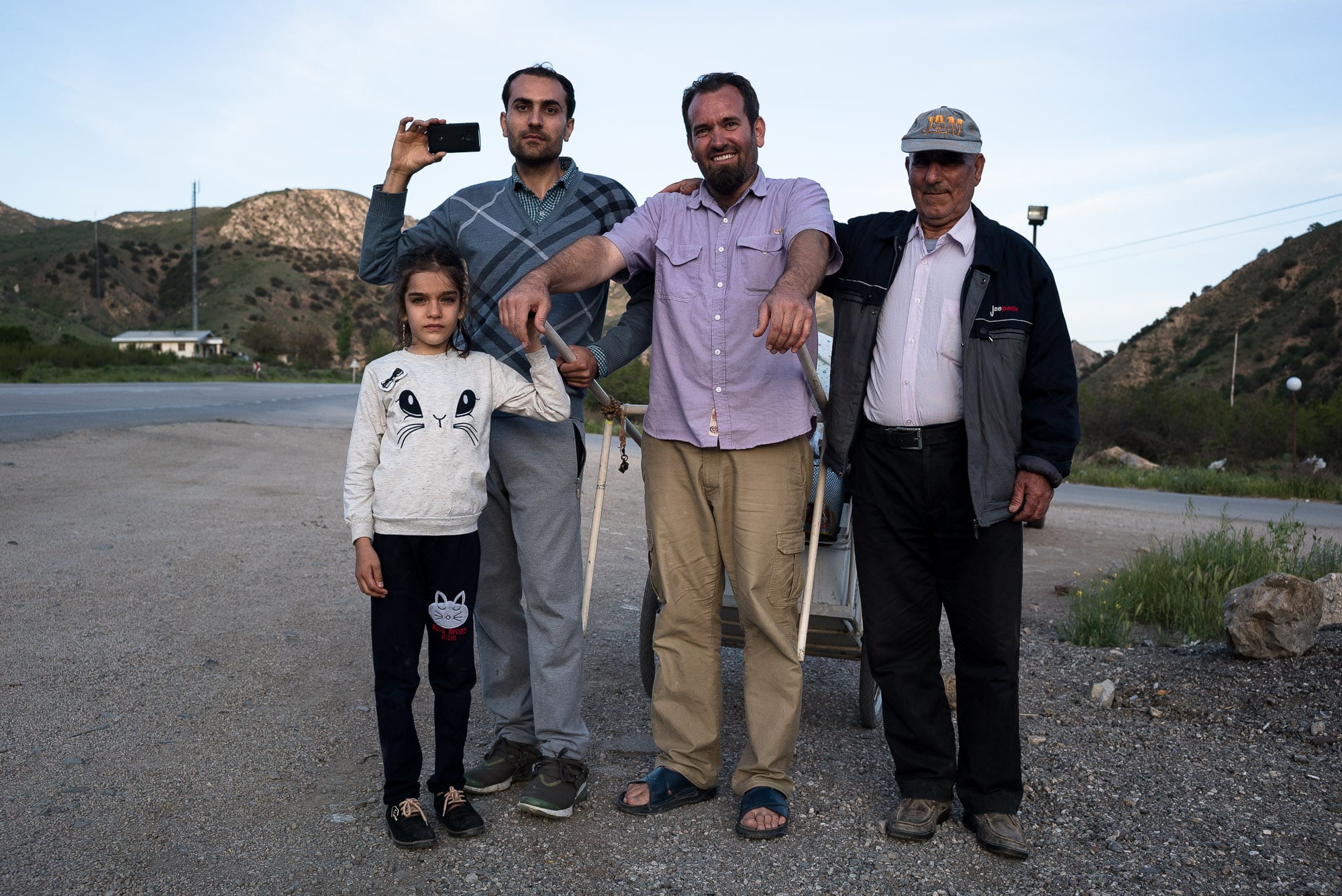 The service area reminded me of the one I had seen on the flank of Mazdavand Pass a few months earlier: 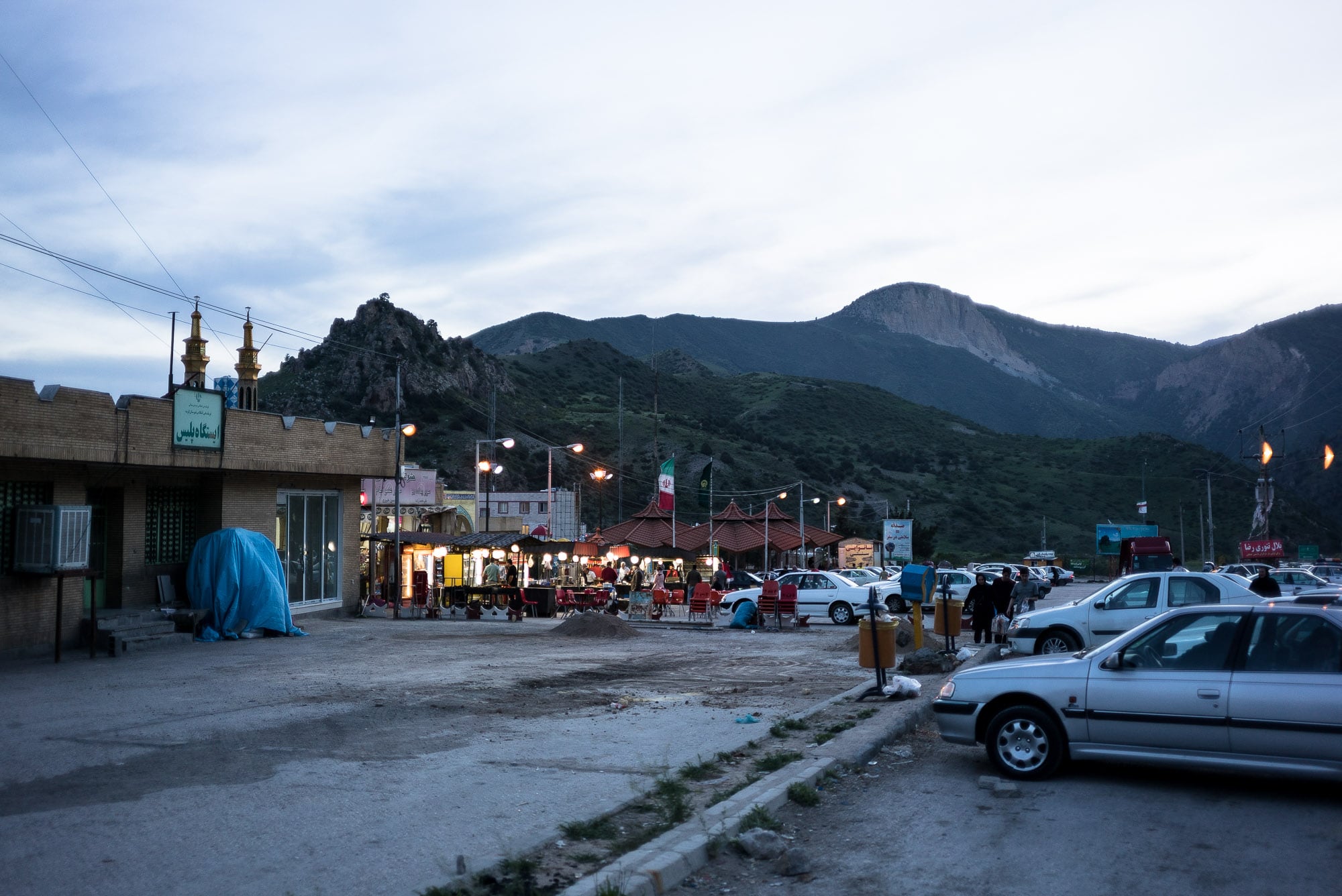 Only there was a lot more barbecuing going on here: 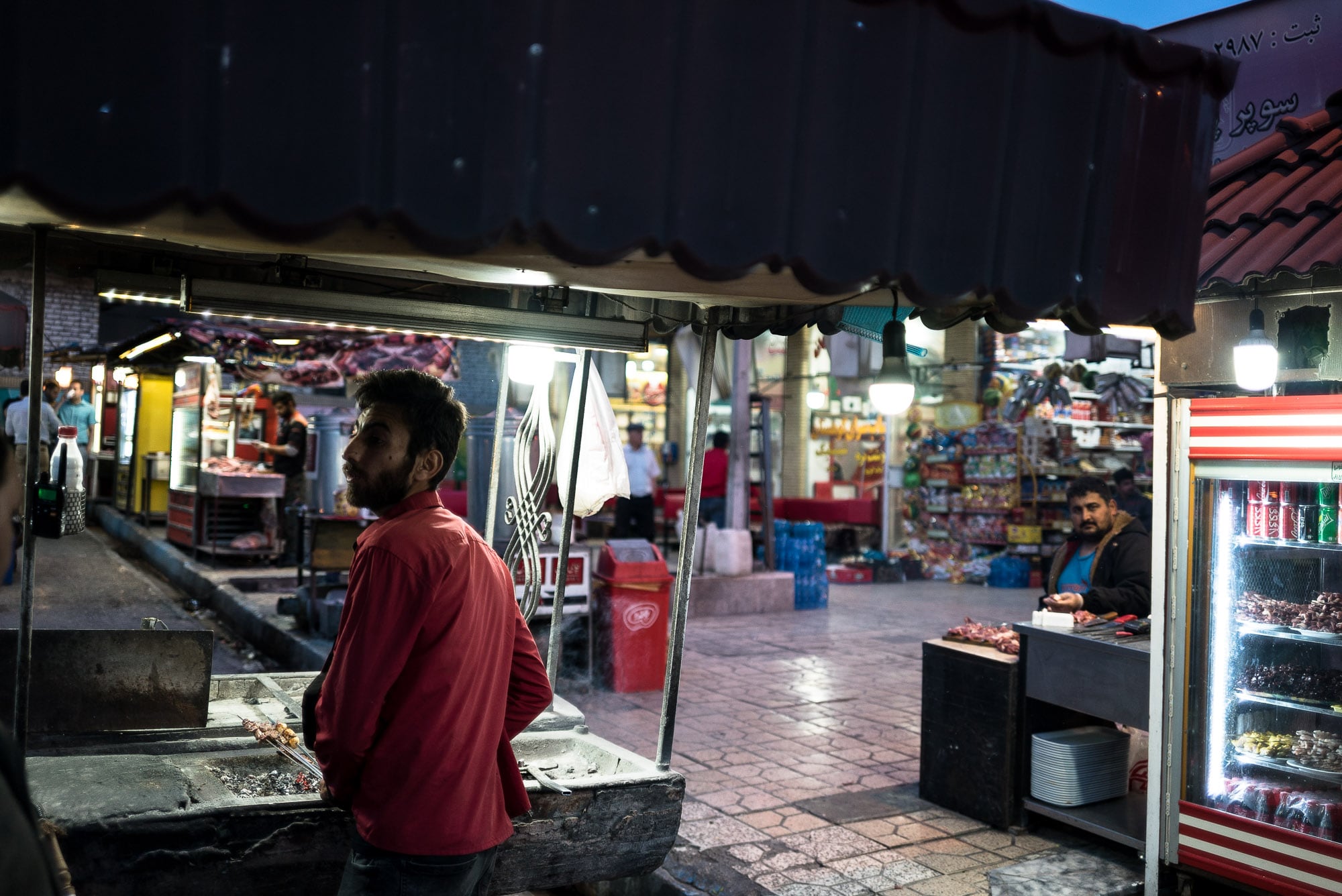 I asked around for a while, and eventually I found a place to sleep at the local Red Crescent Society. Just like on that cloudy day three weeks earlier.