I was told that a Spanish traveler had arrived in my hotel.
A Spanish woman? I asked.
The answer was no, no, no, a shake of the head.

The dude’s name was Raul, and his motorcycle was a bit intimidating, a machine designed to grind the concrete and make dust fly: 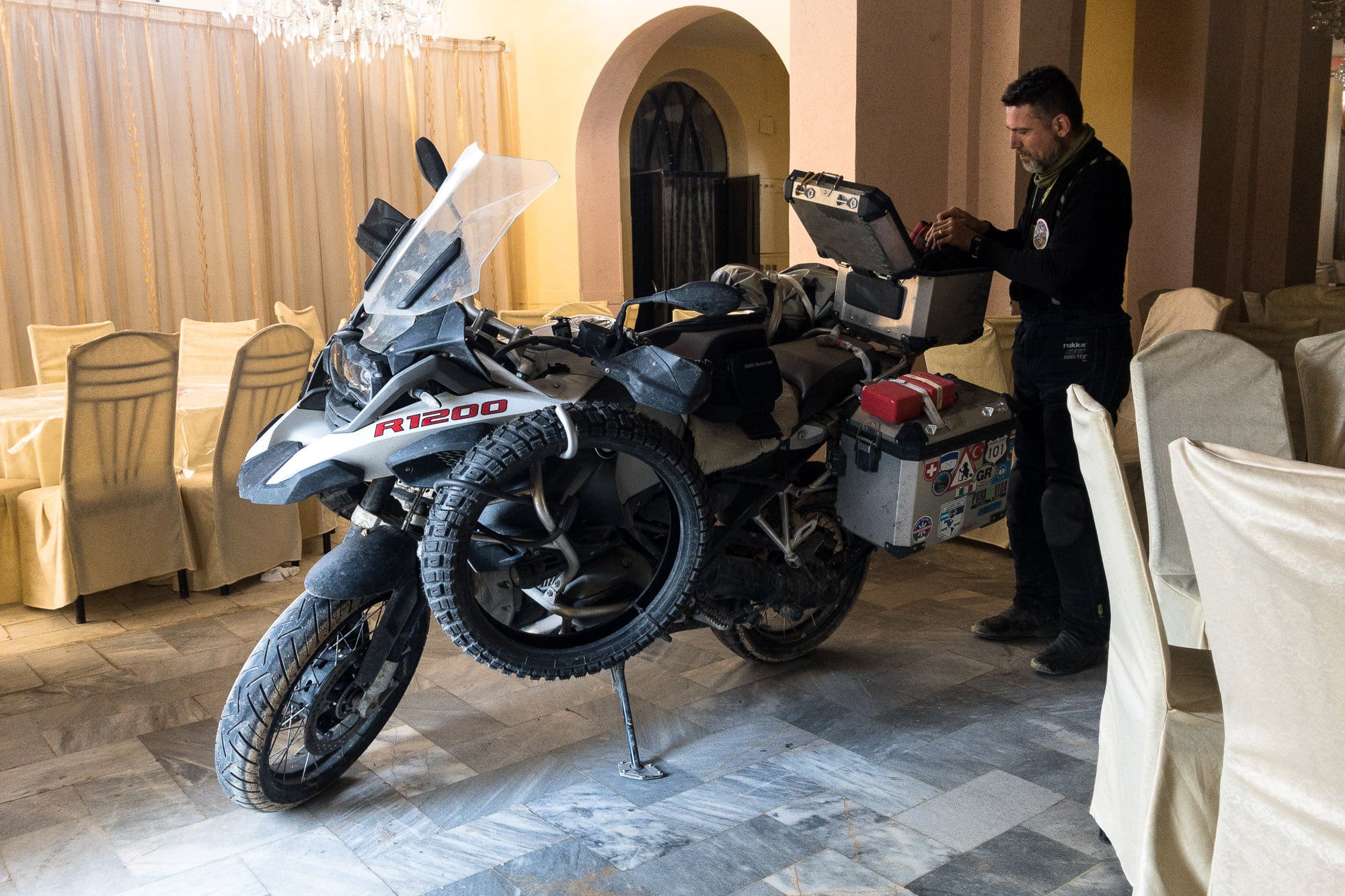 Reza from the hotel went through a little farewell ceremony when we left: 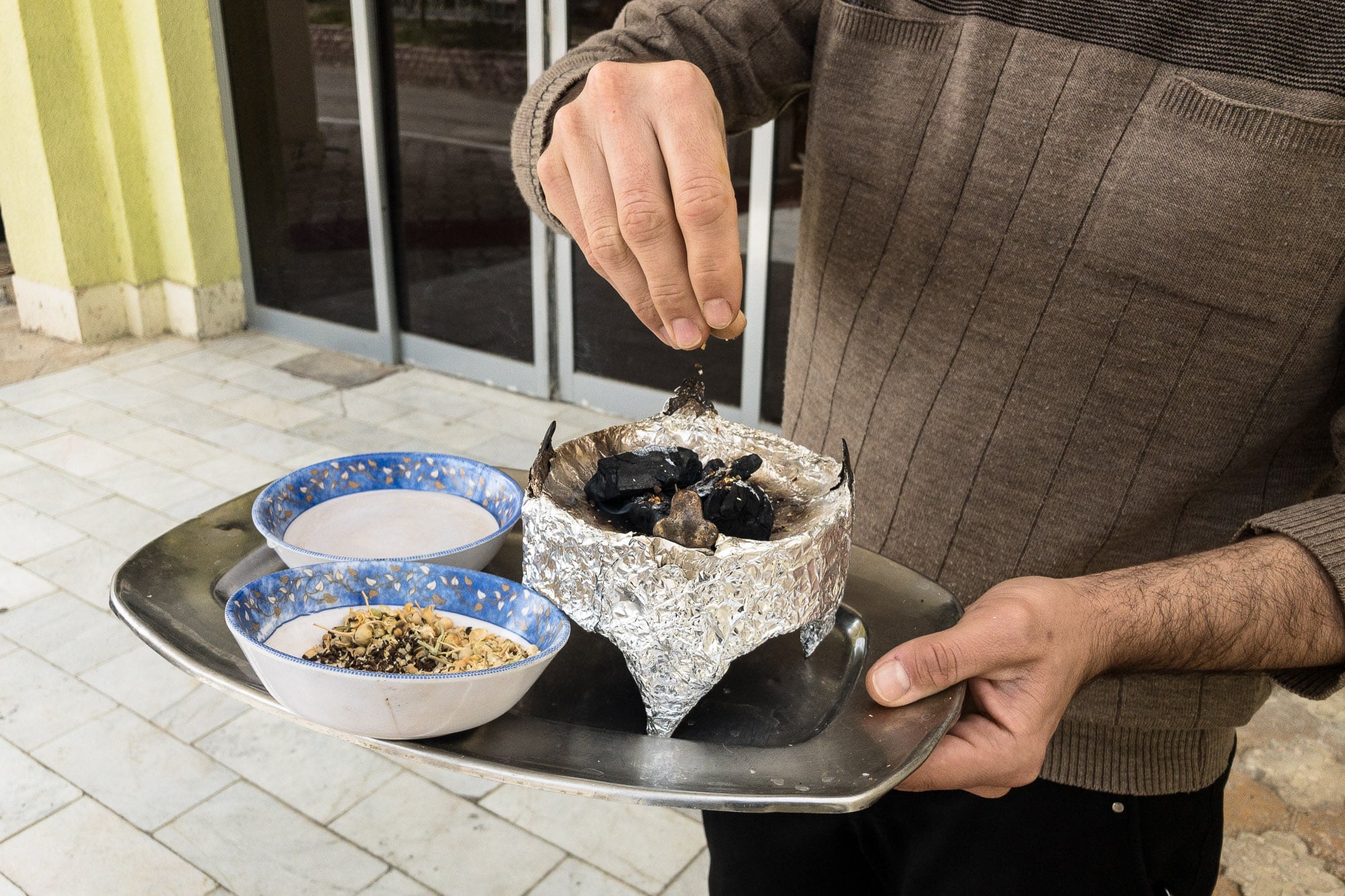 And then the Caboose and I walked slowly into traffic: 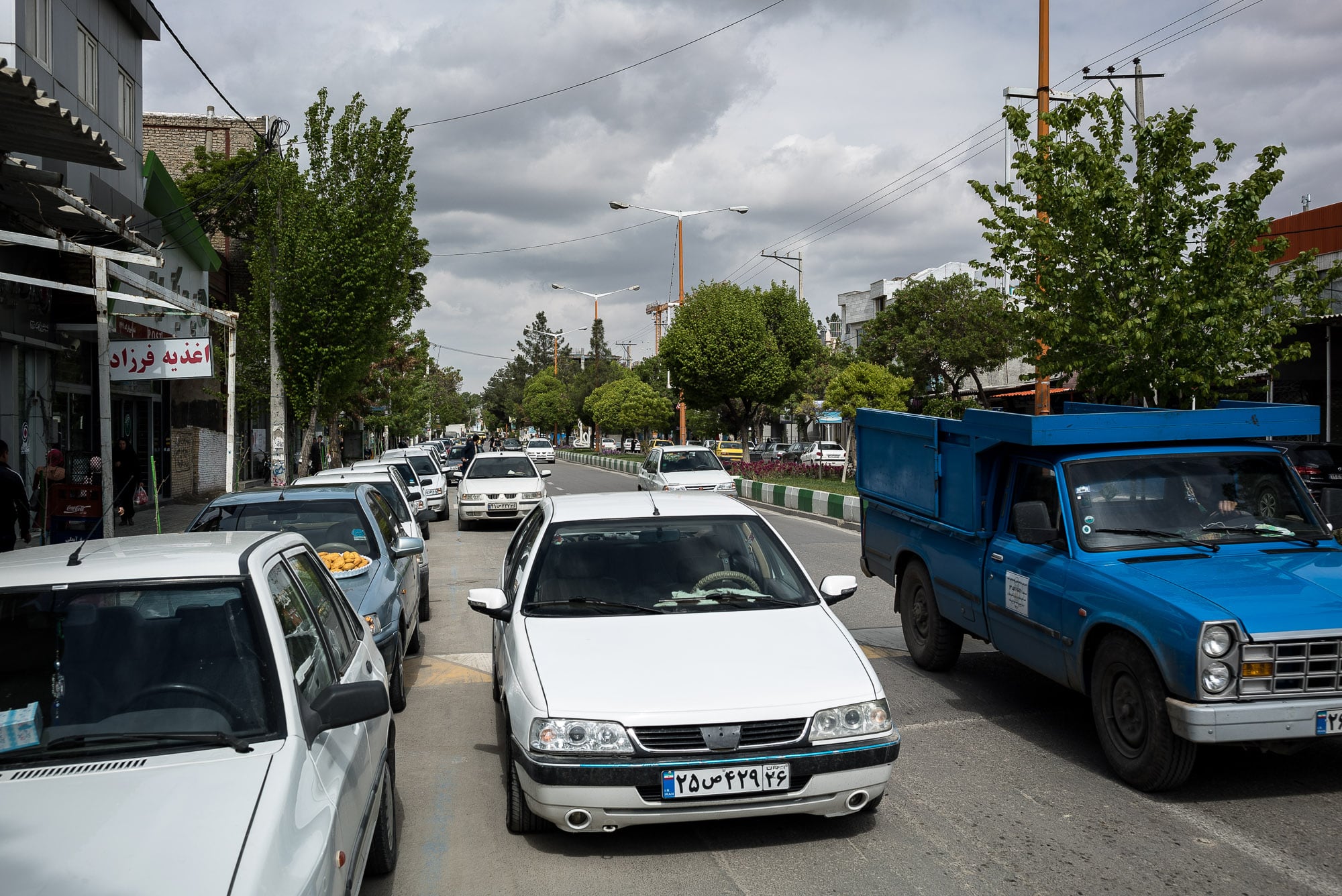 We stopped at a fruit shop to get some apples: 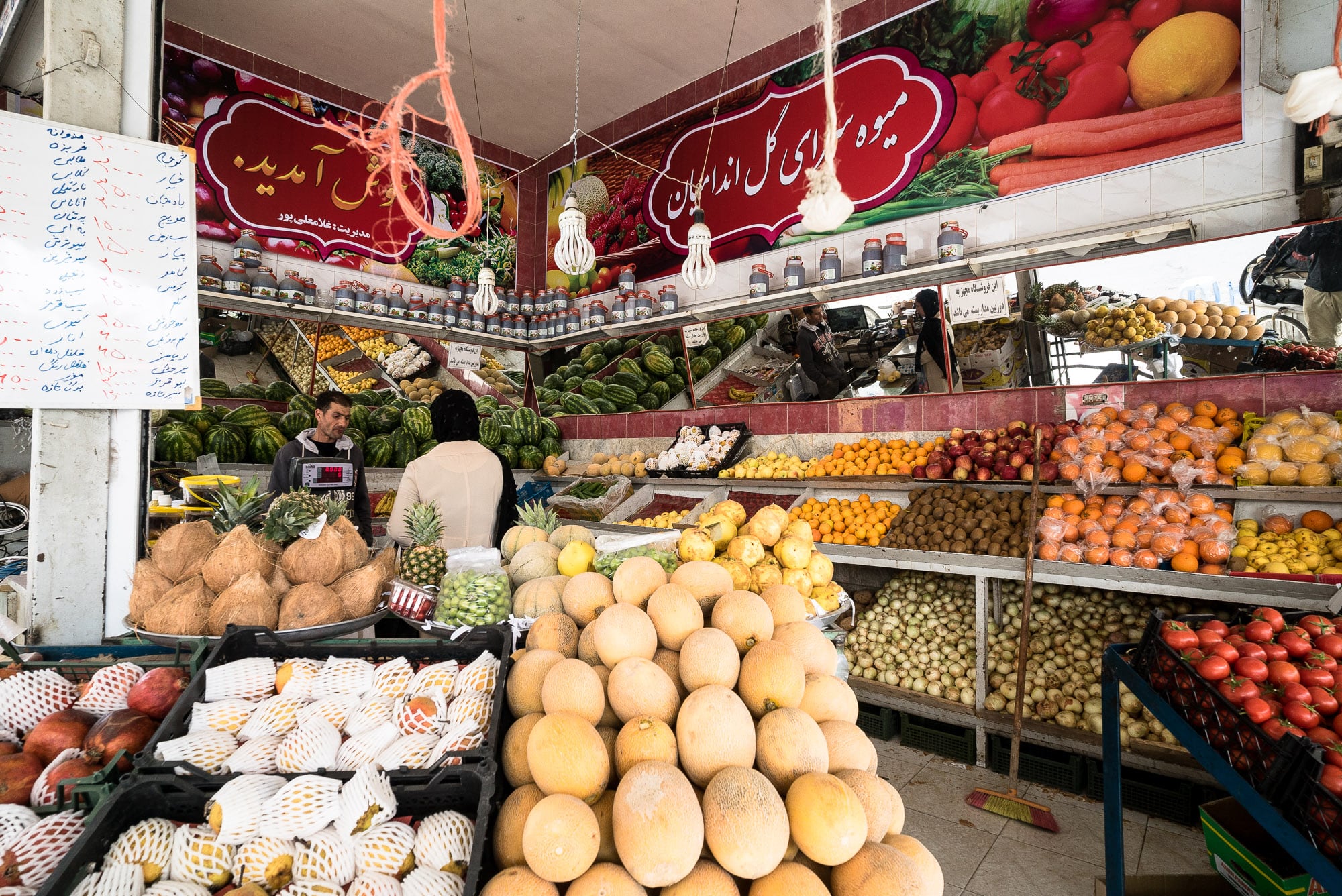 And one time I freaked out an old gentleman because I was photographing the window of his car – there was a sticker of a German automobile club on it: 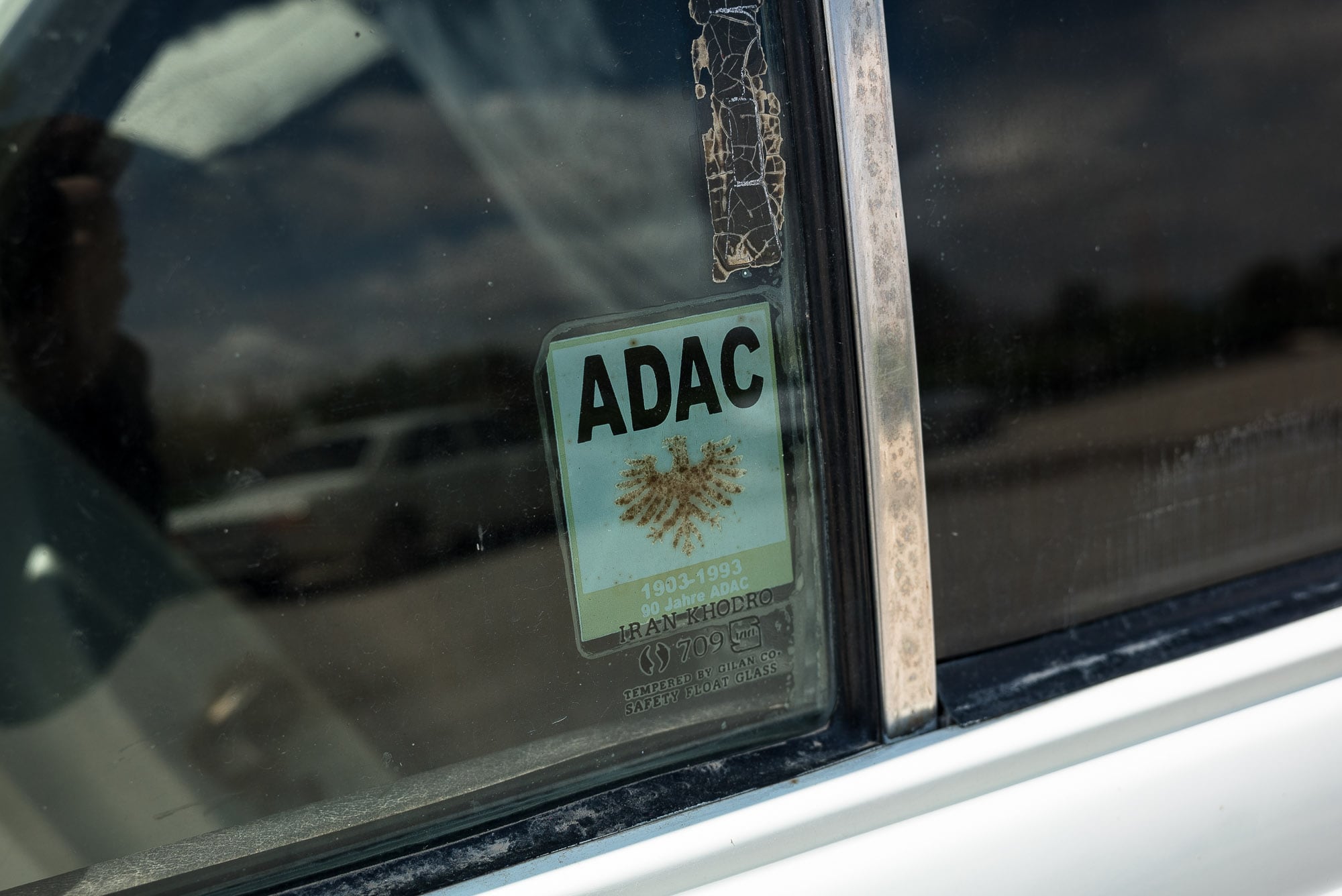 Then, after maybe a half hour or so, Shirvan relaxed its grip on us, and the open road started emerging: 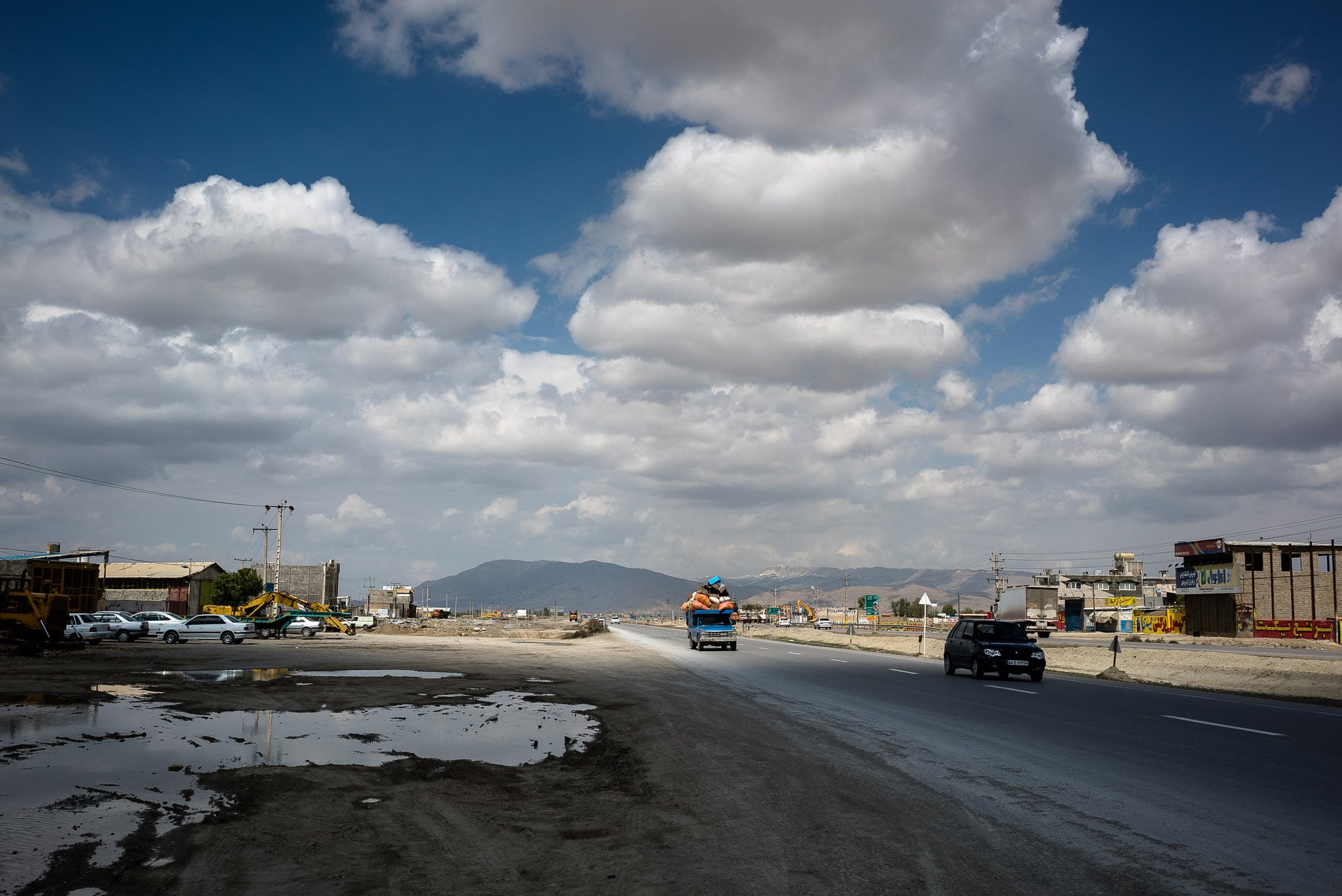 If you thought the blue truck in the last picture was carrying a big load, think again: 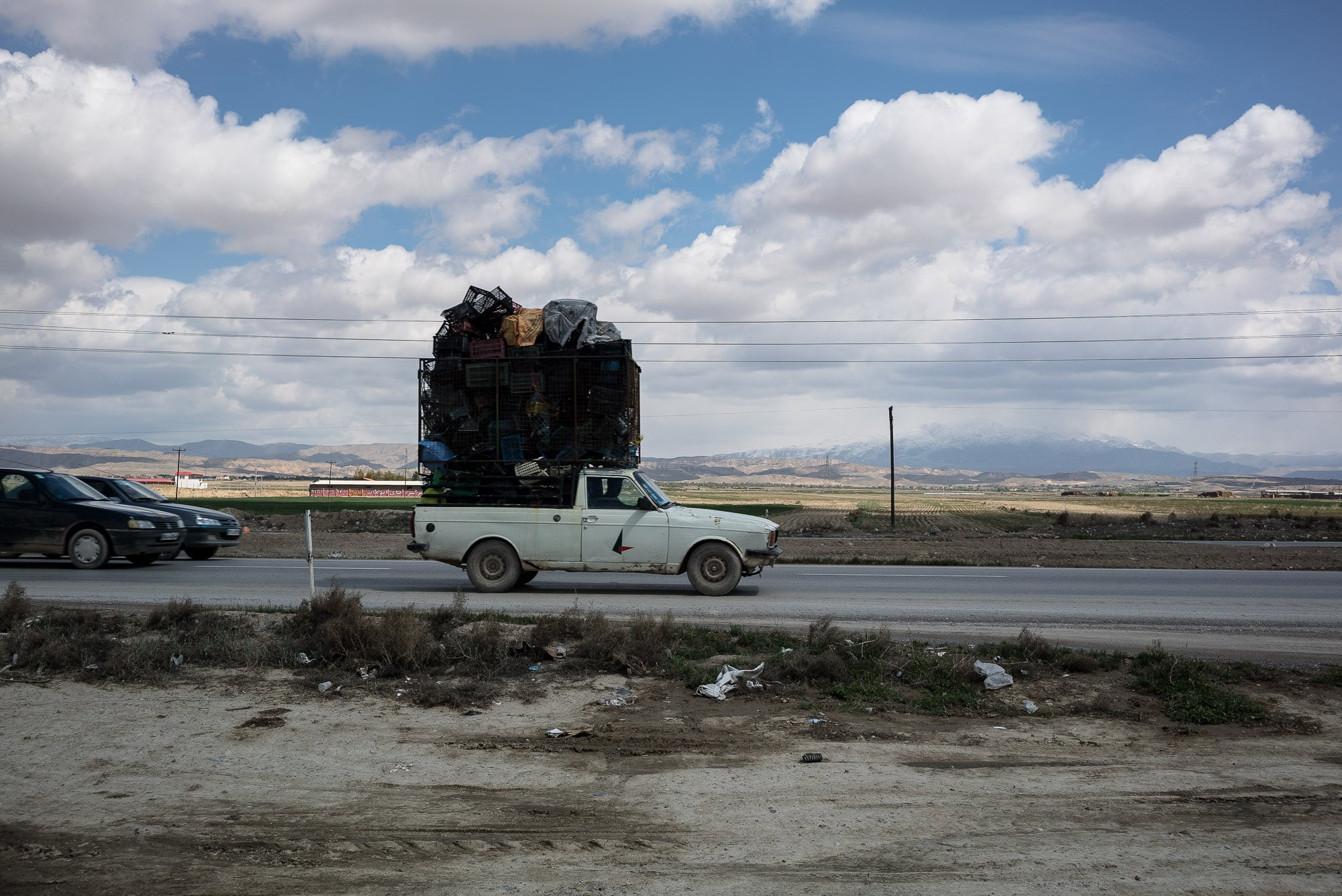 It was good walking, only my back hurt and the heavy clouds hanging low over the mountains worried me a little: 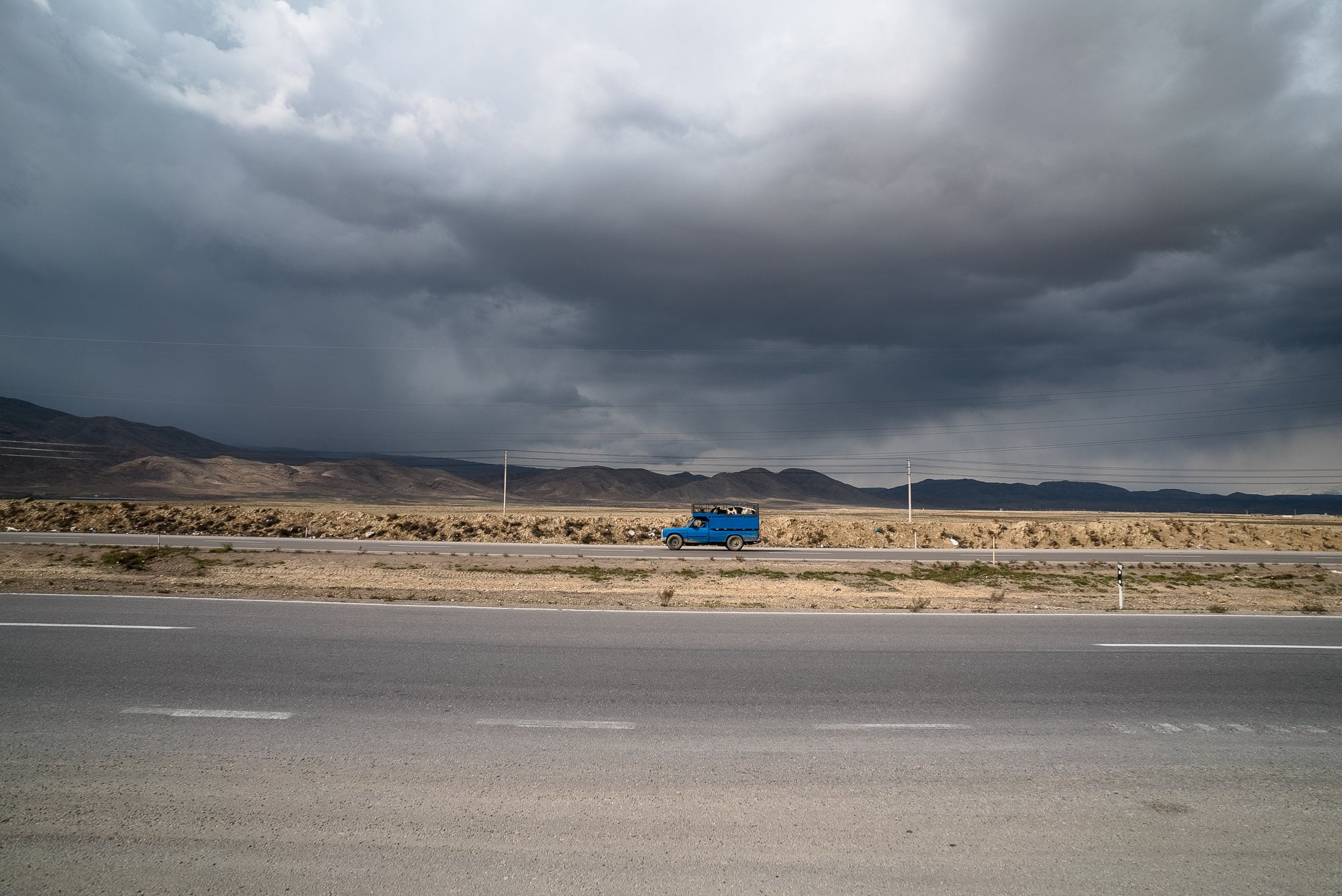 I rested next to a field: 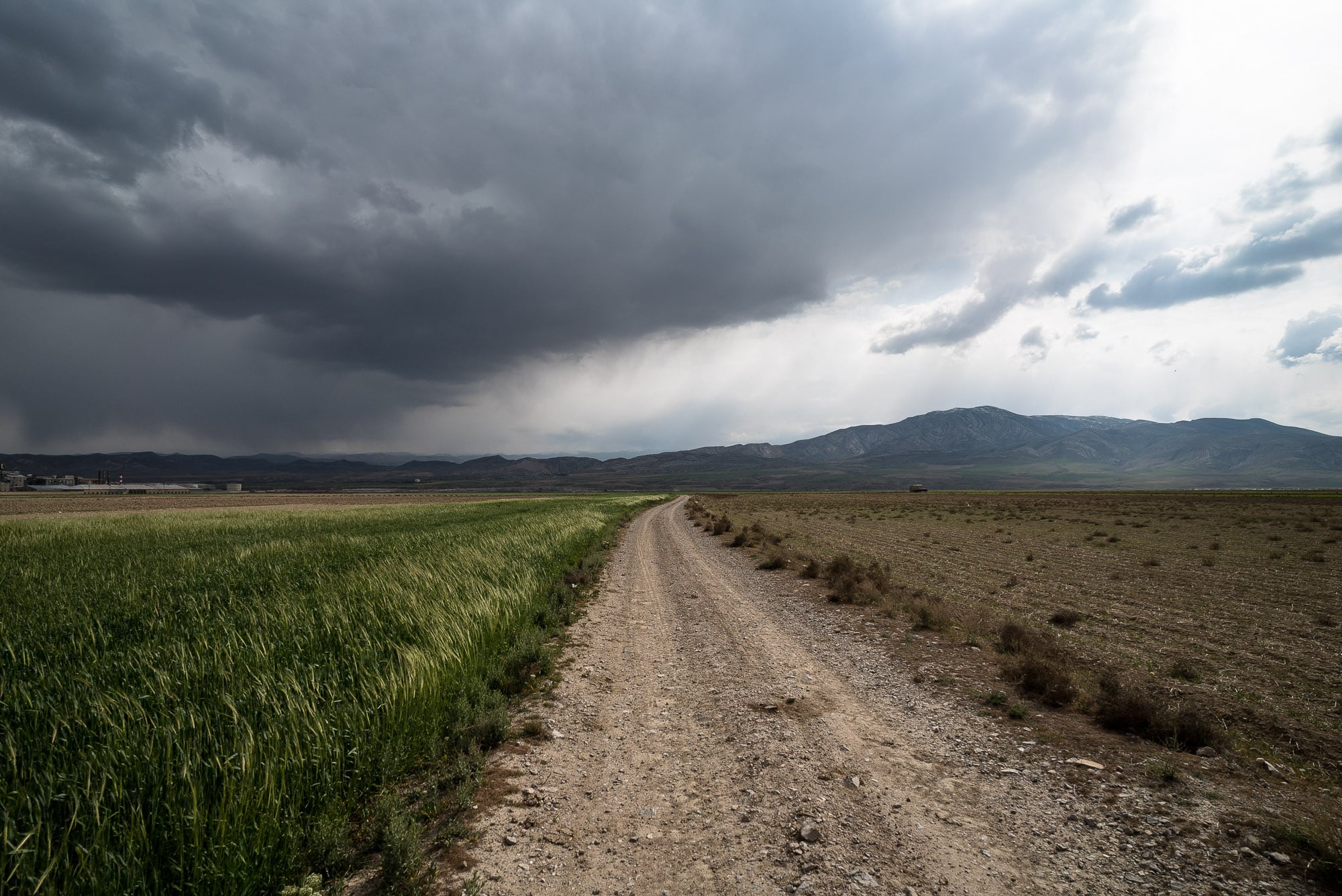 And then these two farmers appeared: 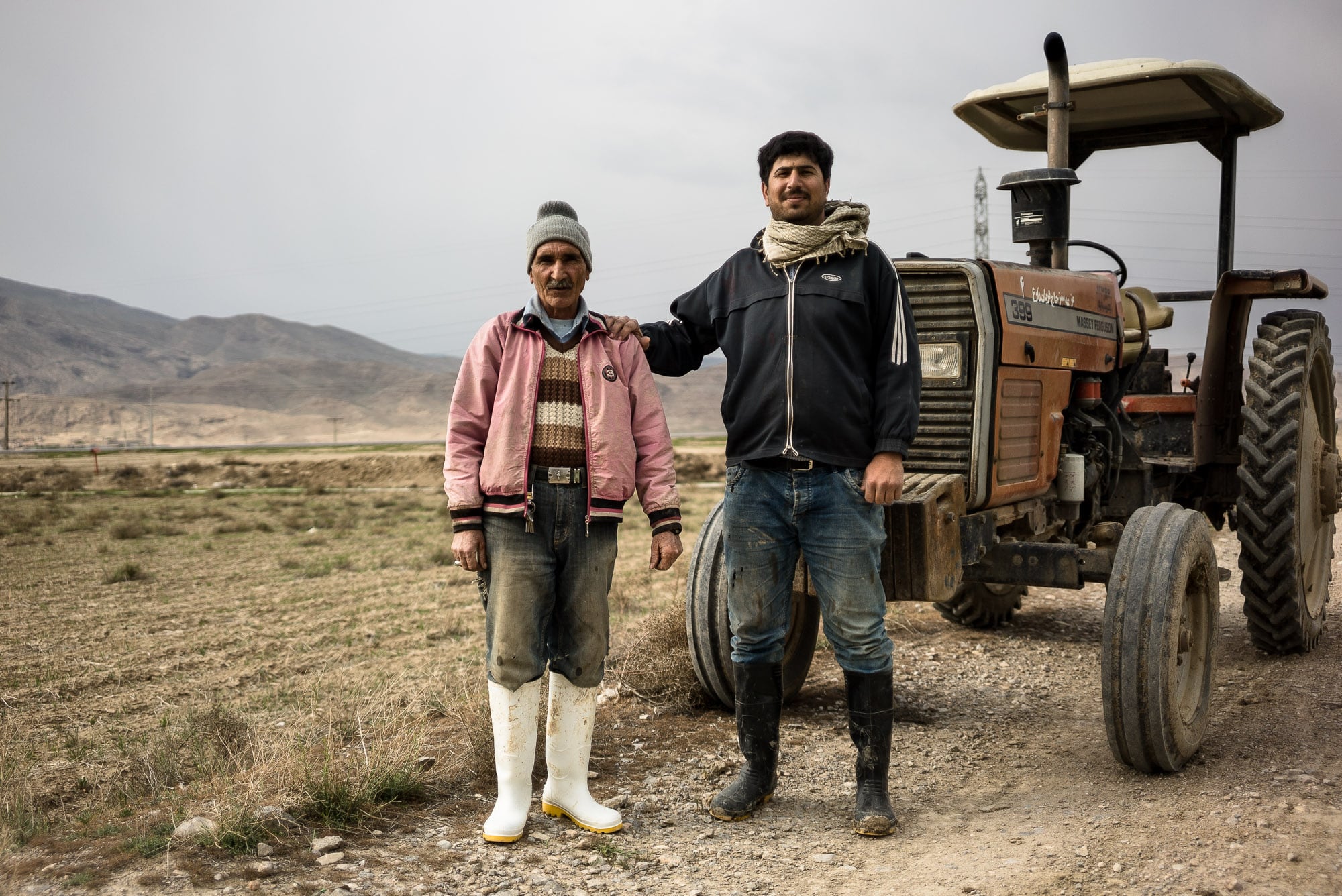 We agreed that it was of great importance to capture the moment in as many photos as possible: 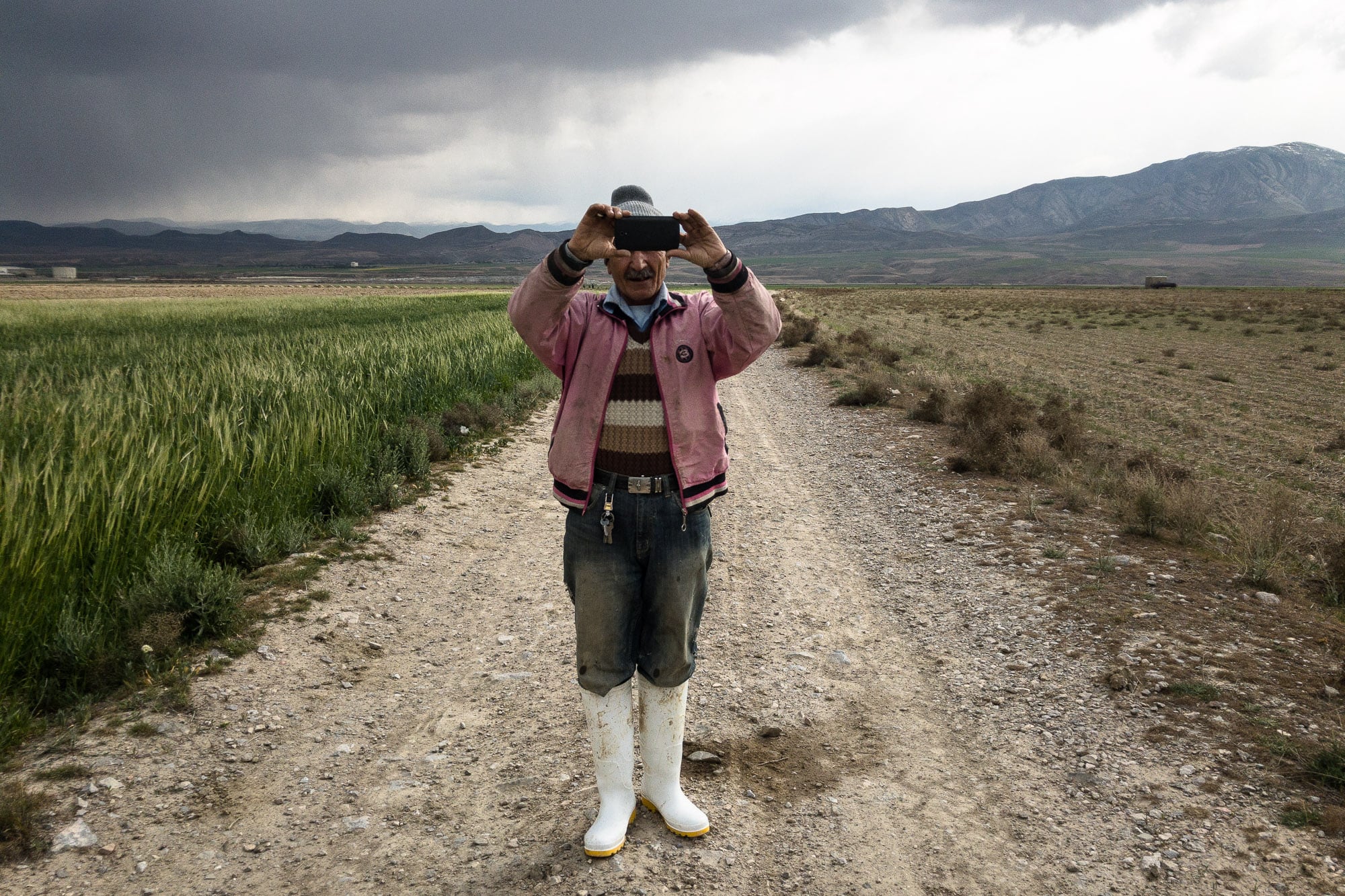 Then I ran into a shepherd: 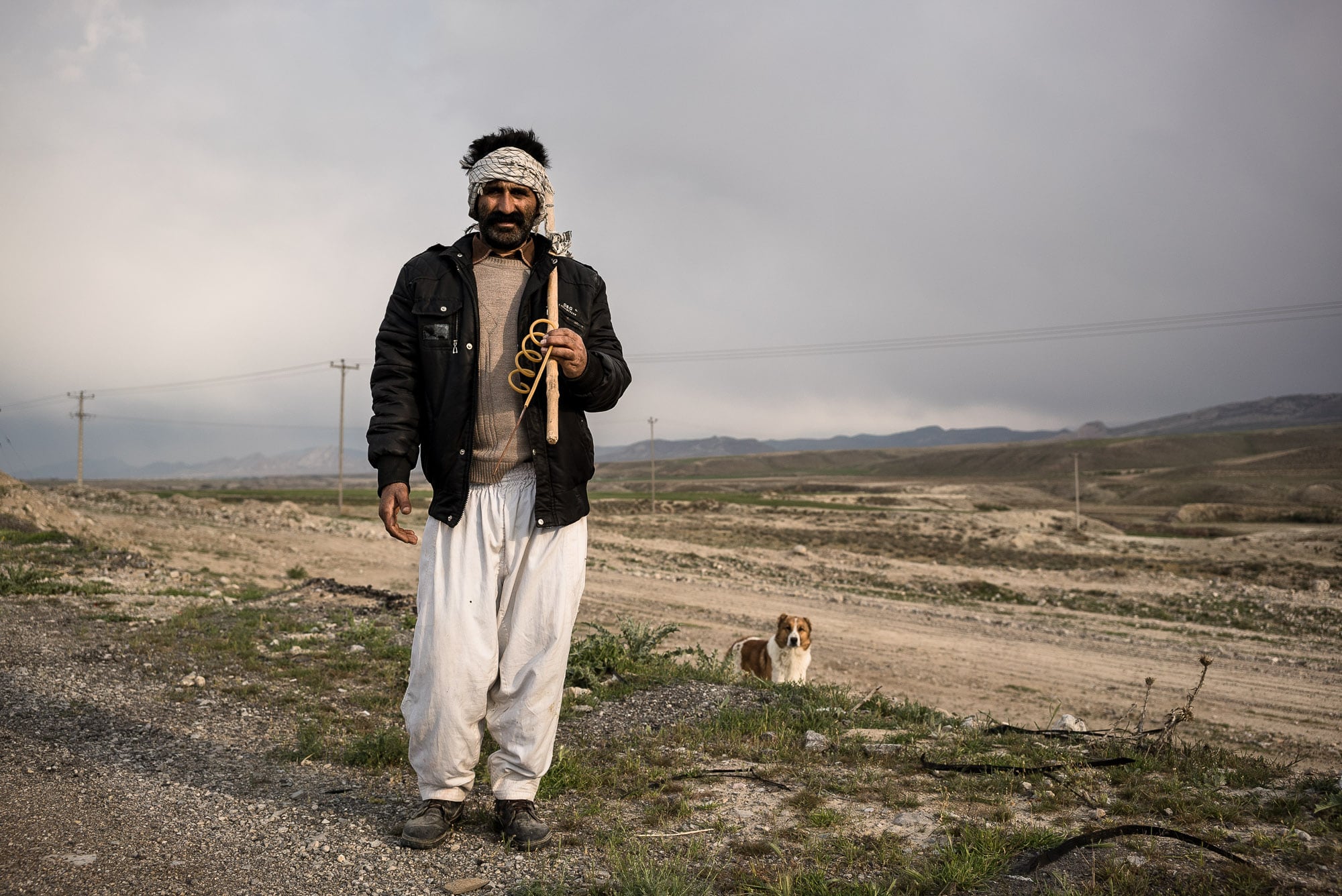 I walked well into the sunset today: 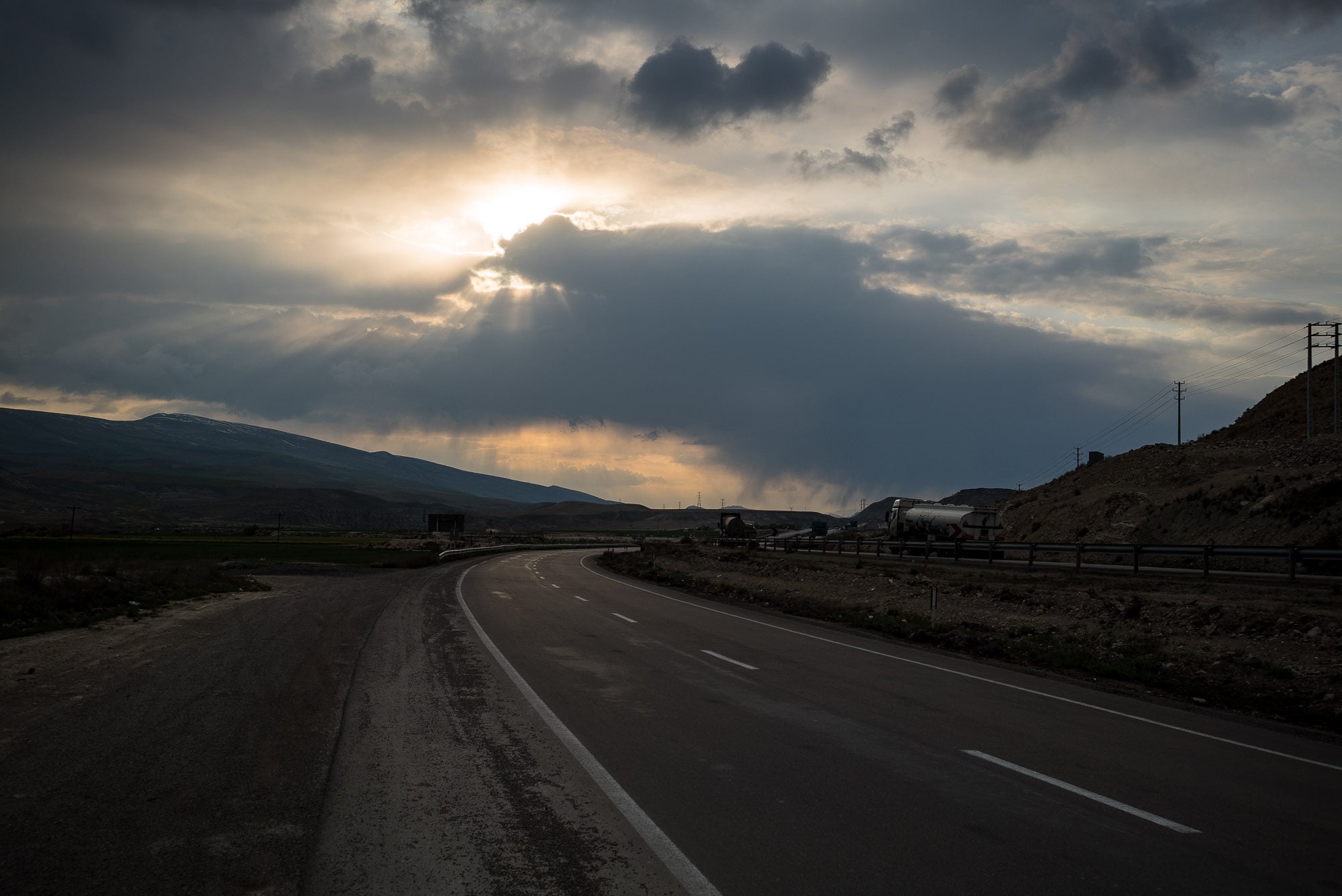 And when I reached the little village of Sisab, I did not go to the mosque as usual. I went to the Red Crescent, which was just next to the road, and I asked my usual question: was there a hotel nearby? 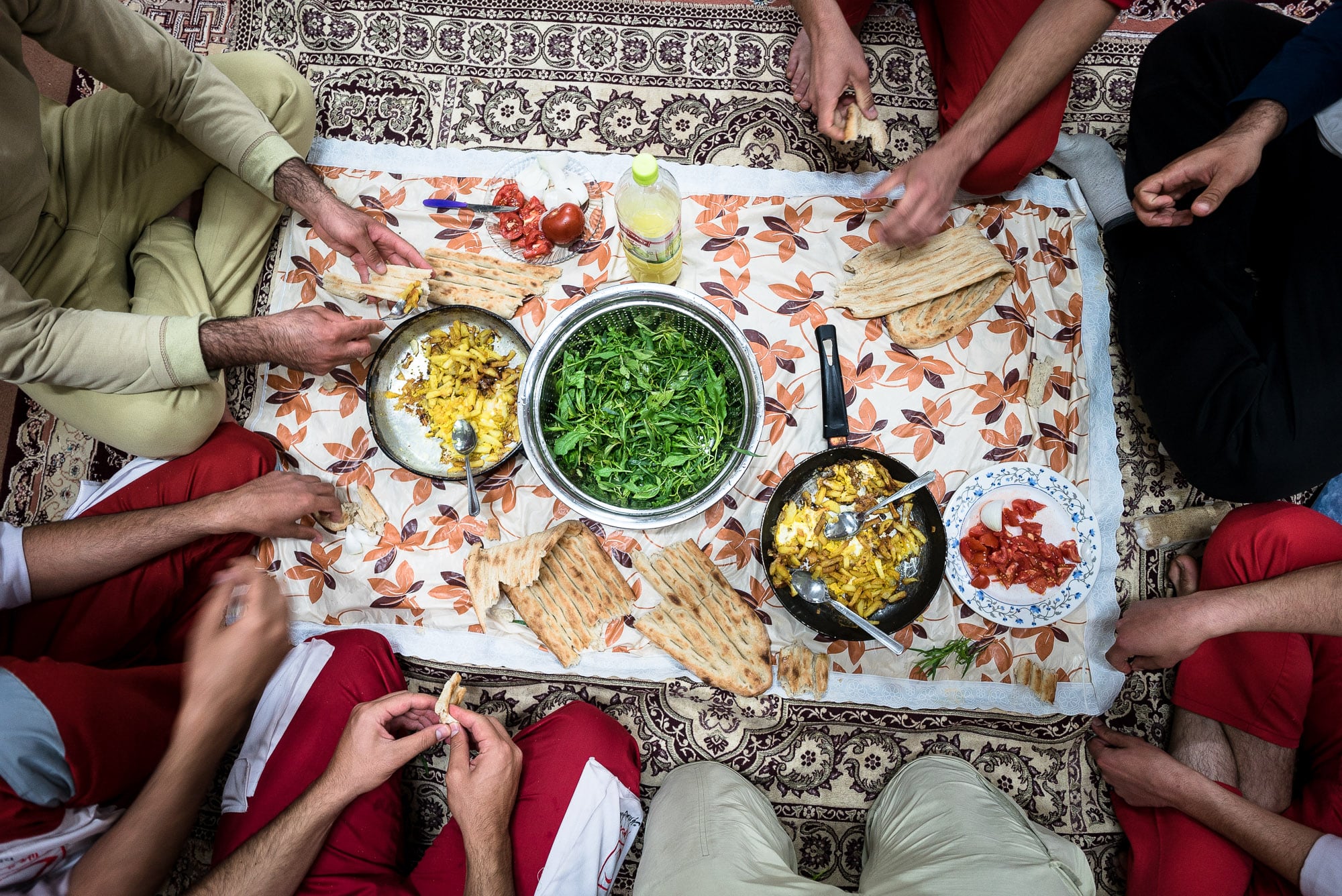 We had dinner, and I was given my own room.

Day 1084
from Shirvan to Sisab